Free! Dive to the Future Episode #05 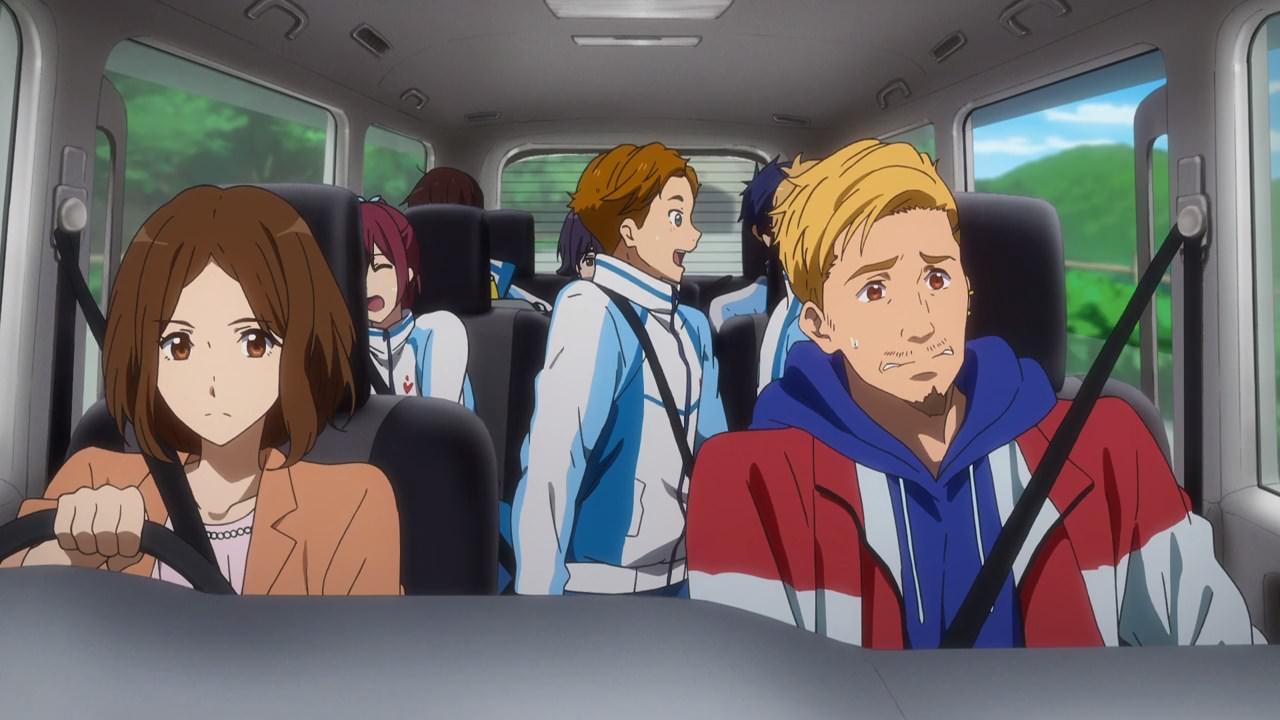 Accompanied by their advisor Miho Amakata and their long-time coach Goro Sasabe, Nagisa, Rei, and their two new recruits will have a blast there. Oh, and let’s not forget about Gou-san and Ayumu ogling over sexy bodies! 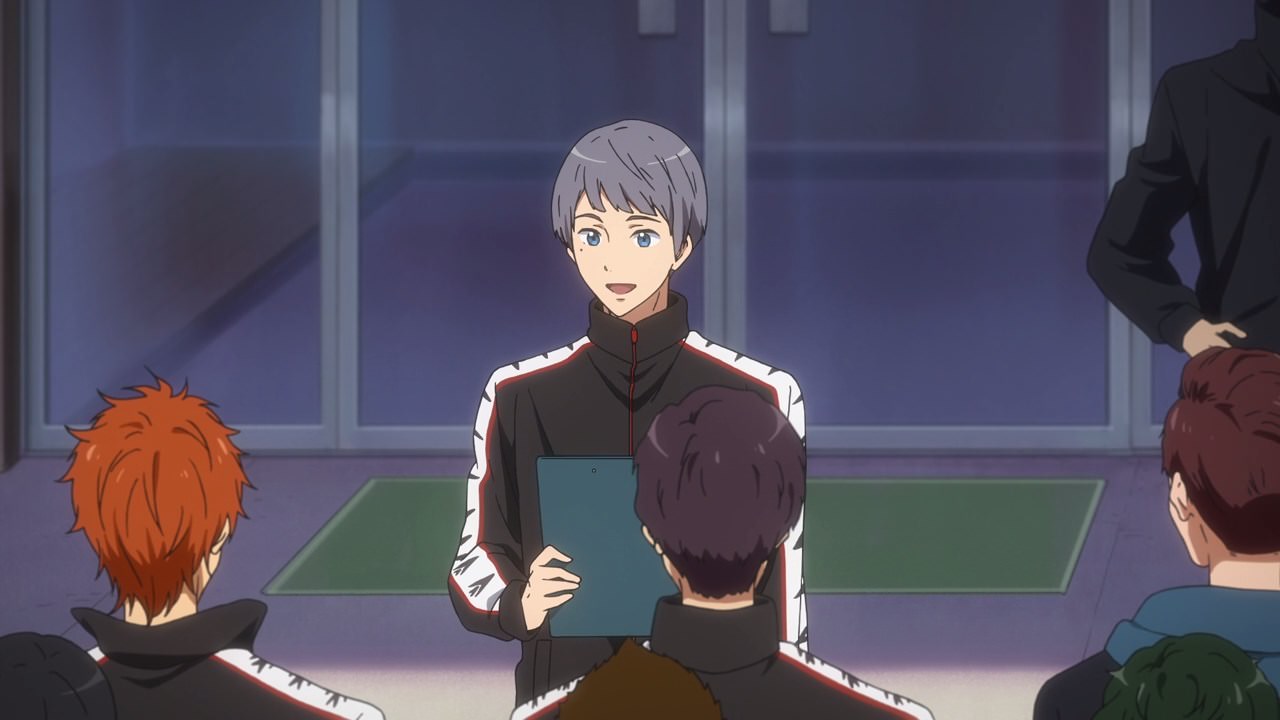 Anyways, this training camp will not only consists of both Iwatobi High School and Samezuka Academy, but also Soufuukan Academy in which Aiichirou Nitori explained that Samezuka forged a partnership with Soufuukan during spring break.

Man, I’ll be watching the movies once the 3rd season is over but anyways, more participants means more competition (and hot bods to look at) during the training camp! 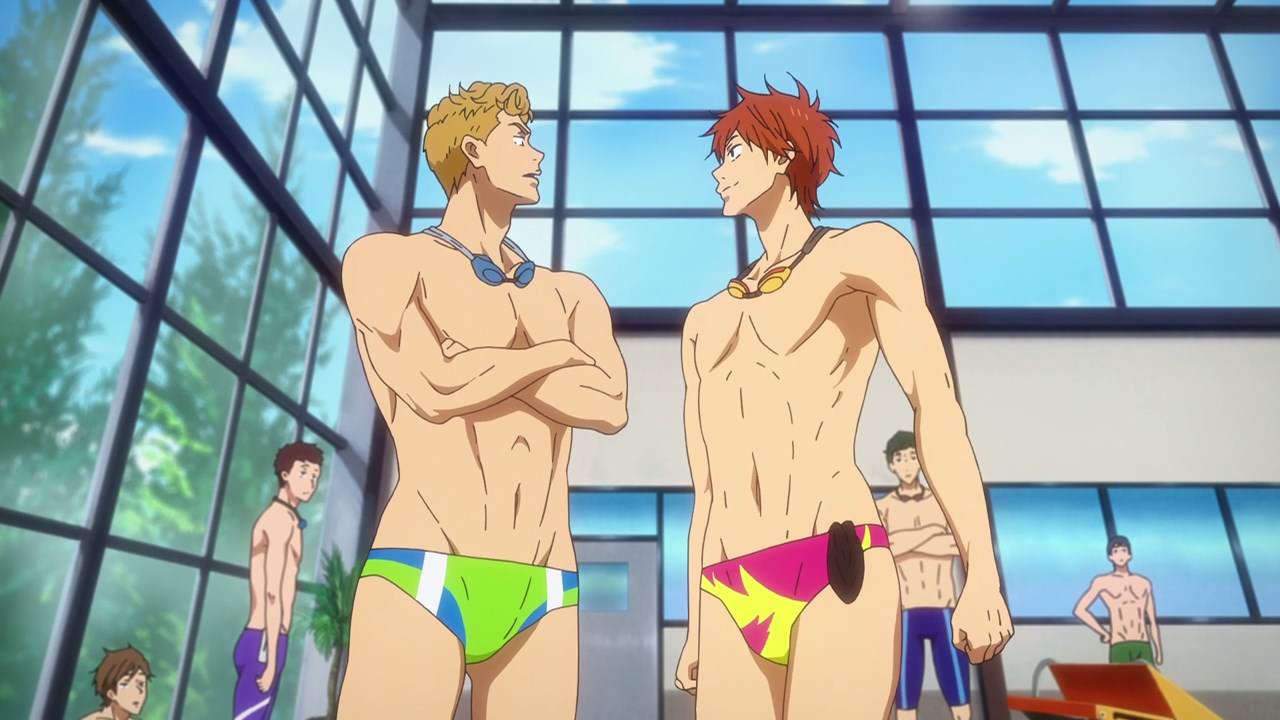 And speaking of competition, things are heating up with Momotarou Mikoshiba meeting the Capybara of the Raging Rapids, Aoba Usami!

Well, I must say that having rivals is a good thing as the likes of Momotarou and Nagisa will get them better at swimming. 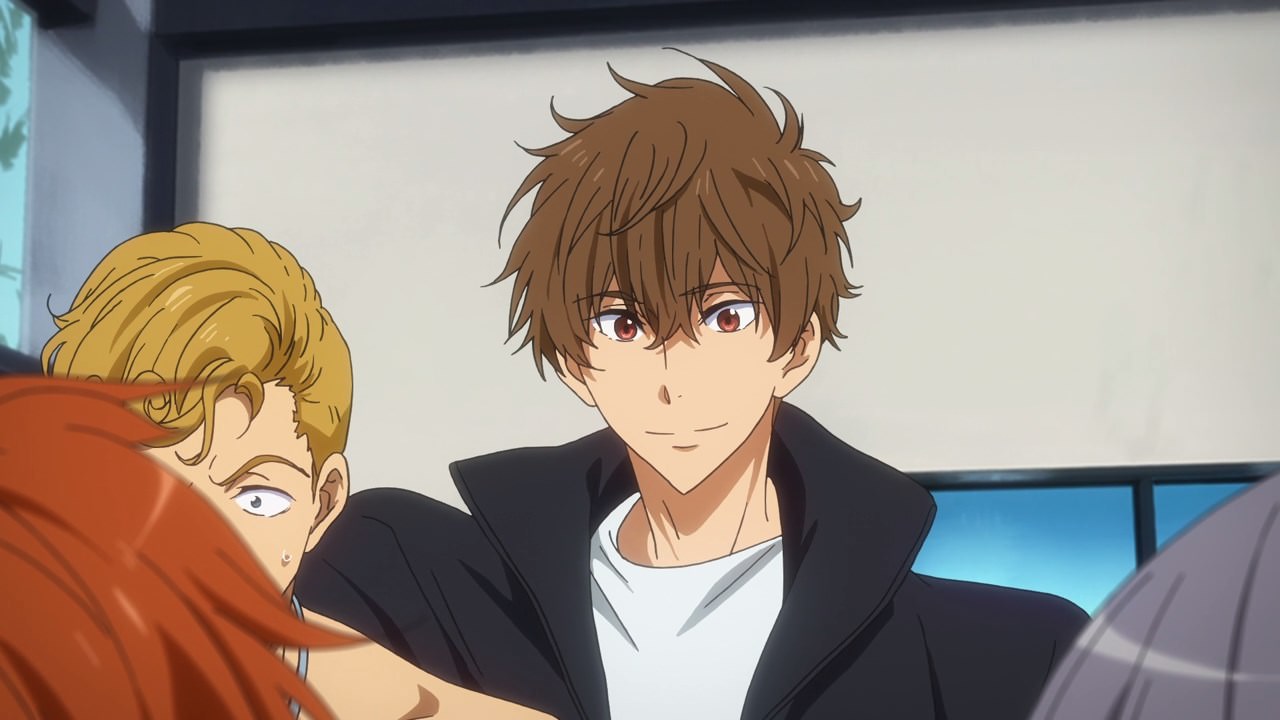 Also, Natsuya Kirishima is back to Japan after a short trip in Australia. Believe it or not, he’s an alumnus at Soufuukan Academy. 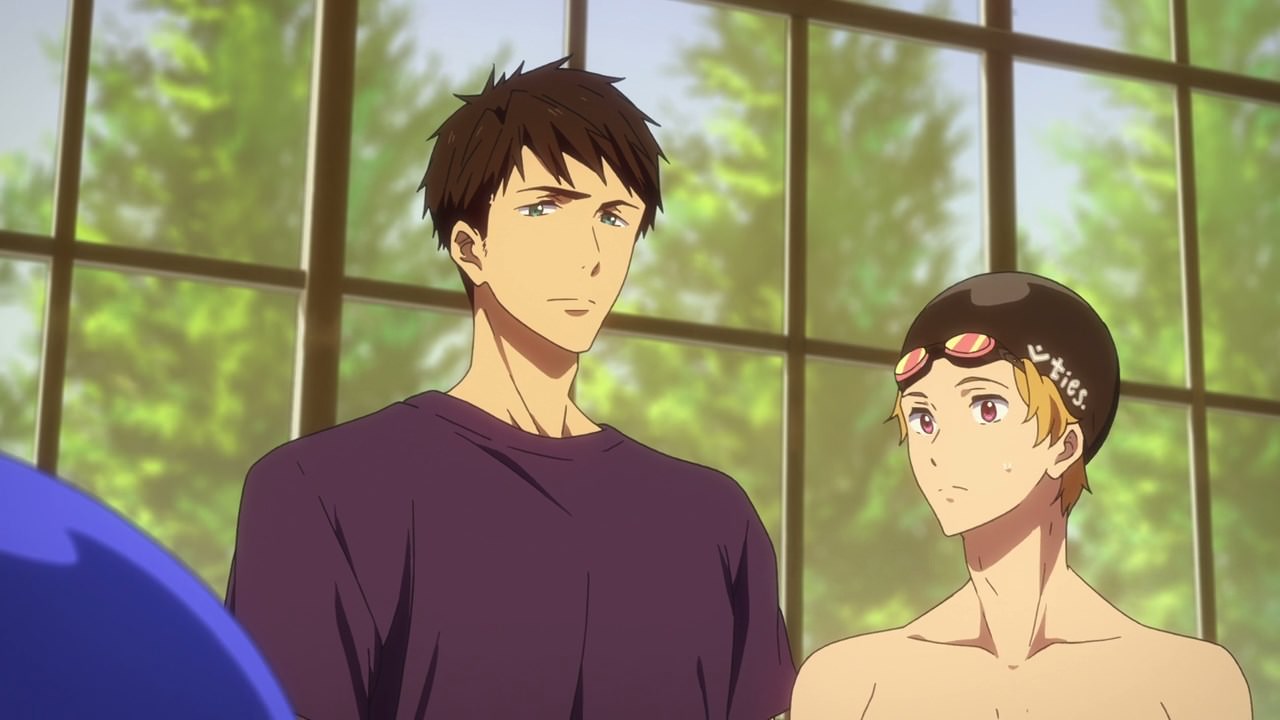 Meanwhile, here’s Sousuke Yamazaki as here’s here to guide both Mikoshiba and Nitori, all while rehabilitating his injured shoulder. Then again, Sousuke is taking care of one of Iwatobi’s new recruits… 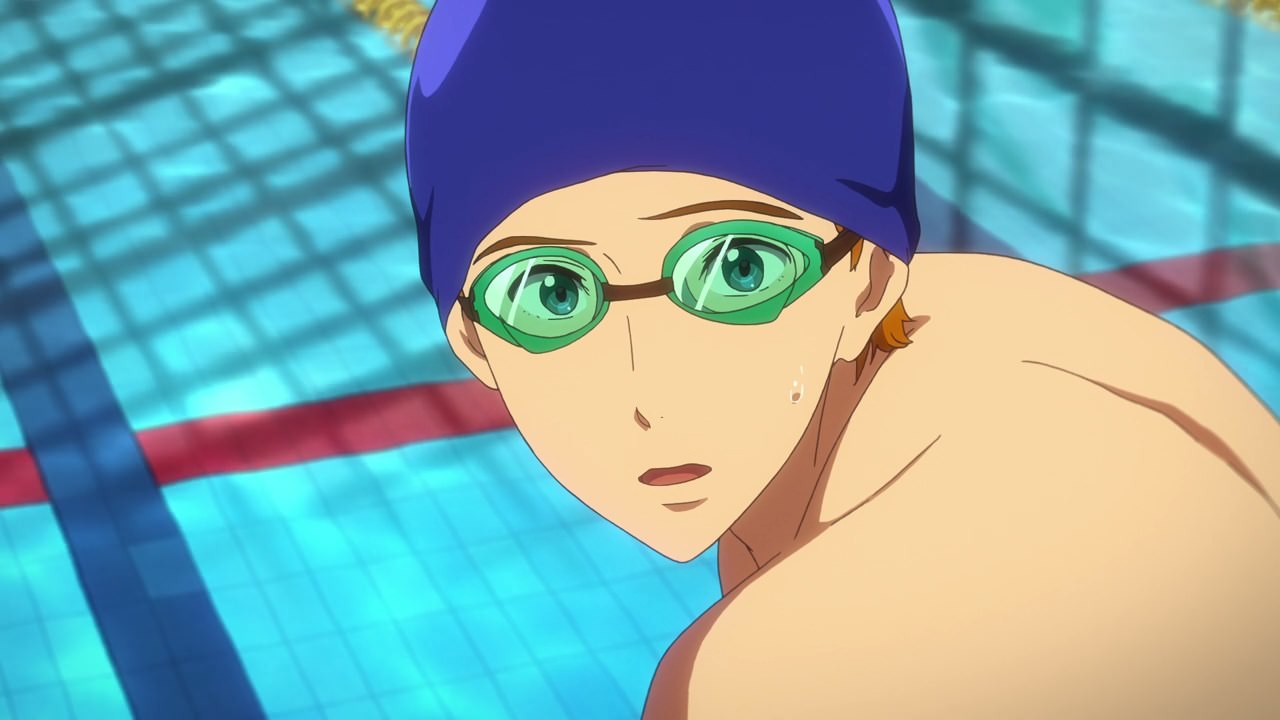 This is Romio Hanahune who is a good freestyle swimmer, but he’s somewhat hesitant due to his mistake of committing false starts. In fact, Romio’s hesitation has cost him and his team back the win back in middle school.

But you know what, he not only has his friend Shizuru Isurugi, but both Nagisa Hazuki and Rei Ryugazaki are here to help Romio on overcoming his fear. 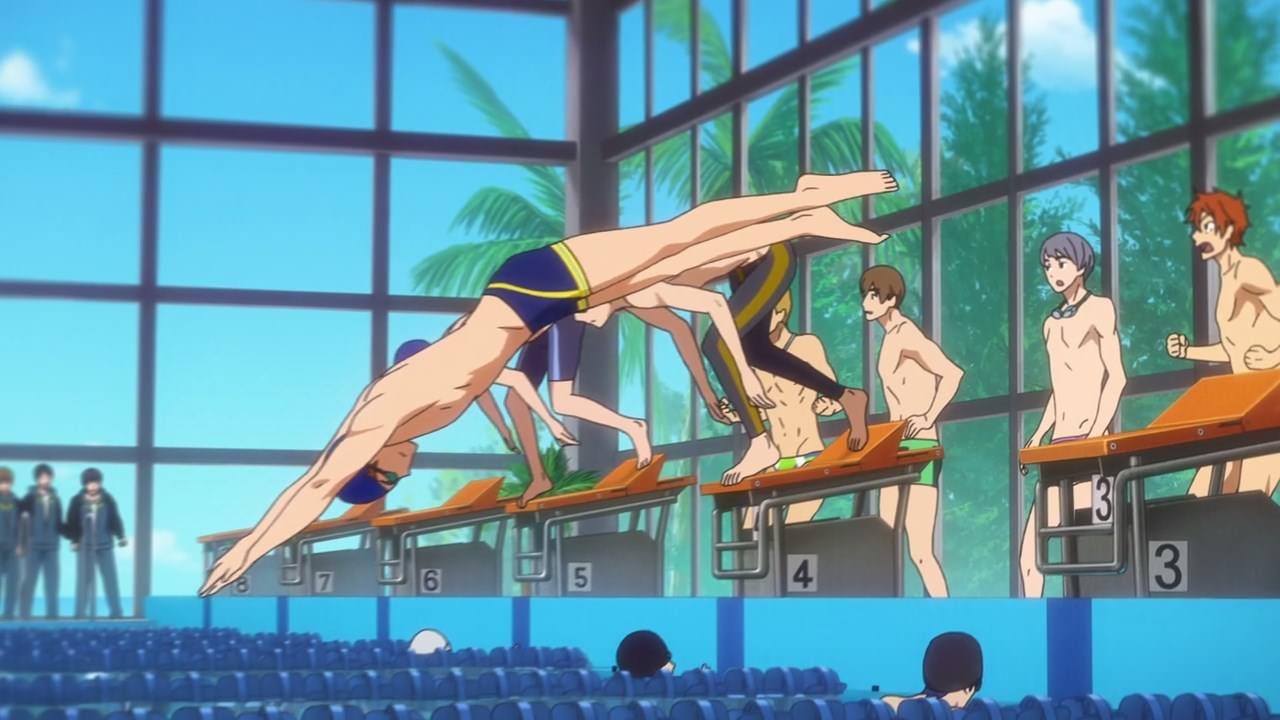 In any case, Romio has overcome his fear of false starts during the relay race, all thanks to his fellow club members and Sousuke Yamazaki. 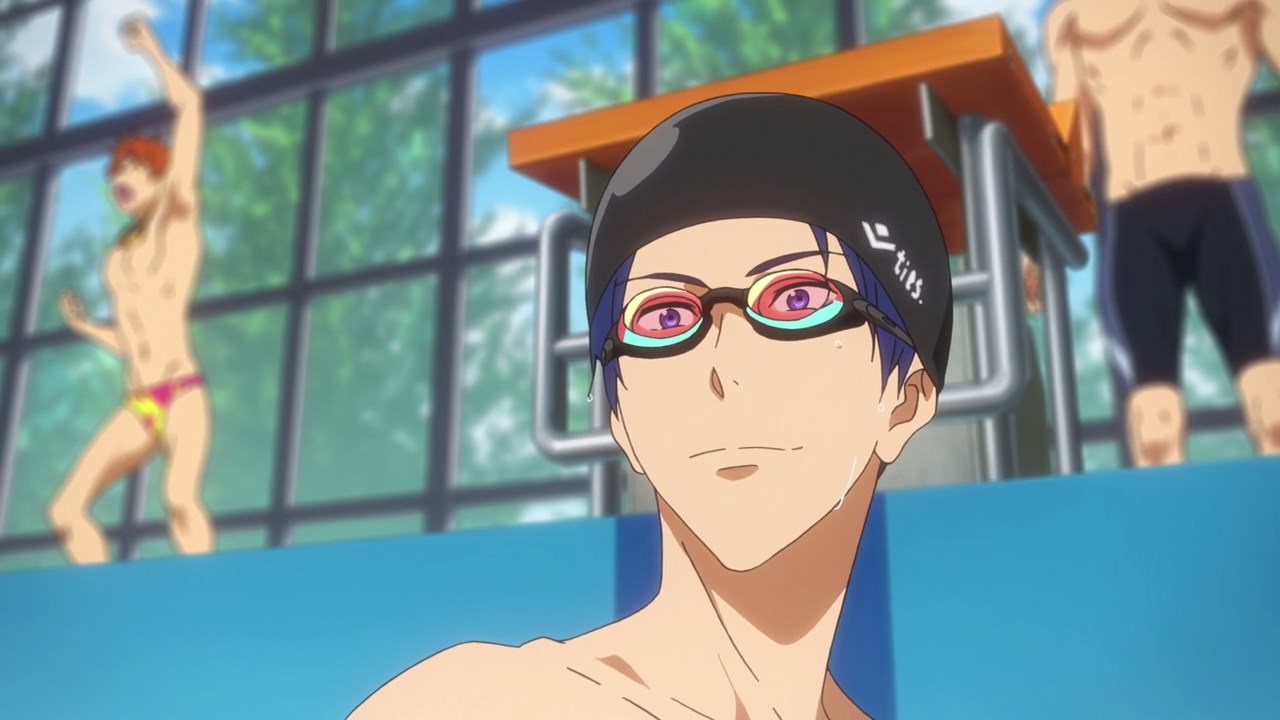 For Rei Ryugazaki, seeing Romio Hanahune diving into the pool was the most graceful thing he have ever seen! 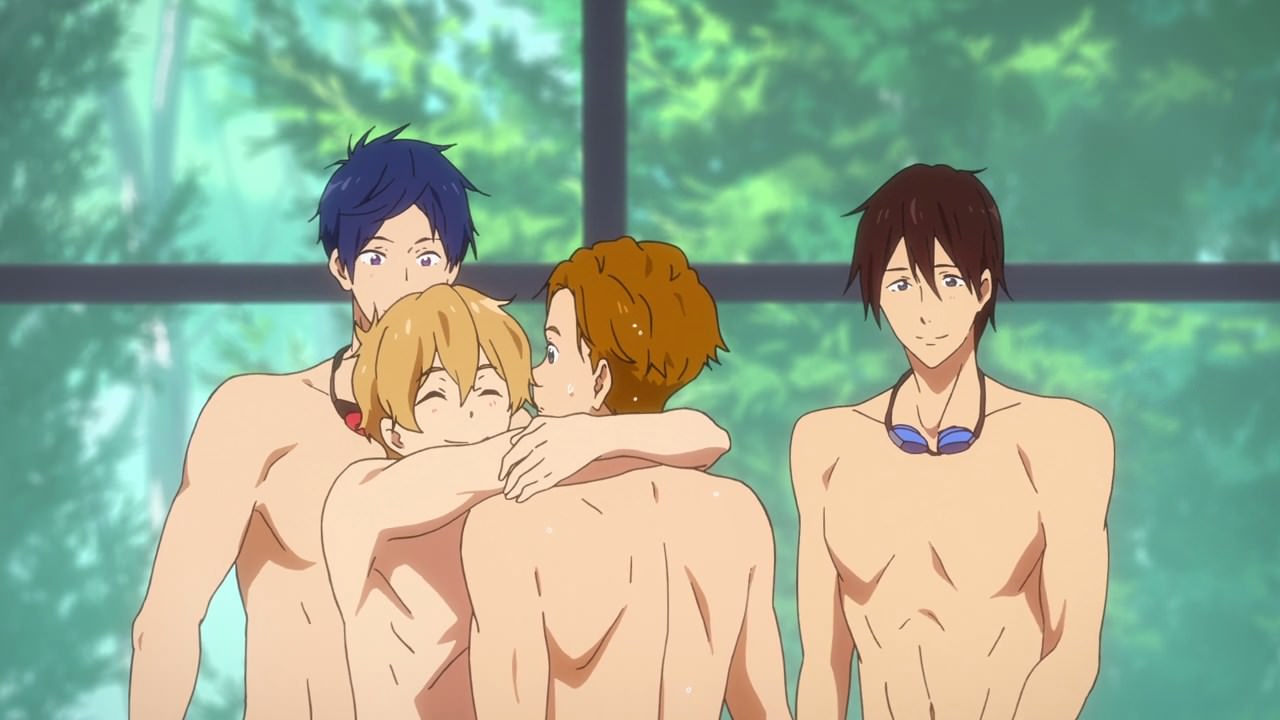 Still, Iwatobi High School lost the relay race, but that’s okay as Nagisa Hazuki and the rest will work together to get better results until the training camp ends. And seriously, their bonds have grown significantly as a result! 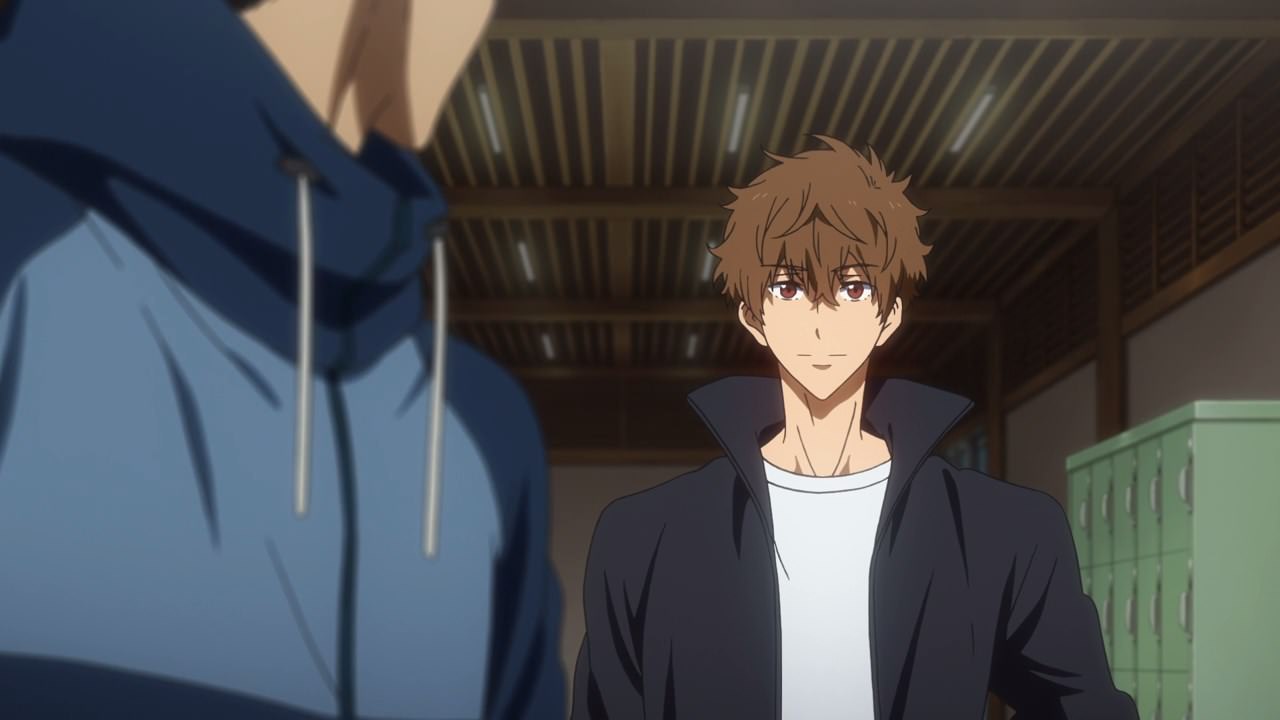 Lastly, here’s Natsuya Kirishima where he asked Sousuke on swimming on the world stage or retire indefinitely. After all, Yamazaki has a broken shoulder that needs a lot of time to heal. 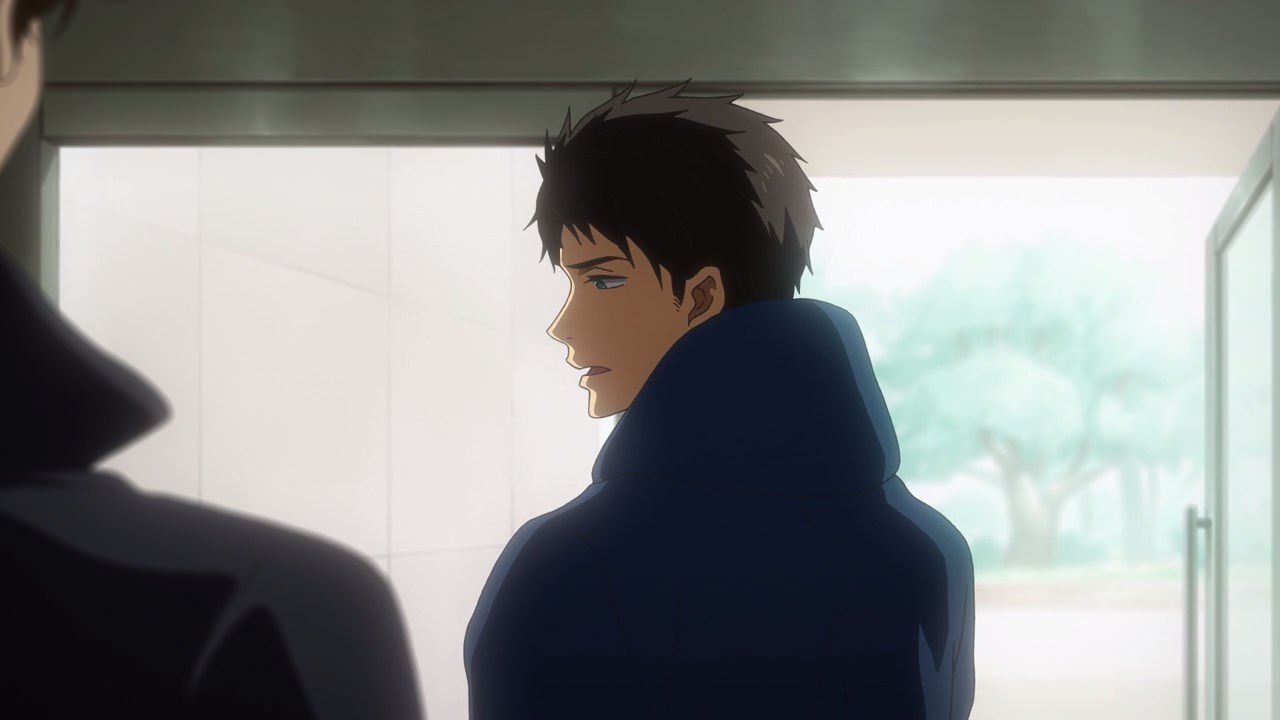 But you know what, Sousuke Yamazaki will do anything to not only heal his shoulder, but also join Rin Matsuoka and compete at a global level. C’mon, Sousuke won’t retire just yet so I’m hoping that he’ll do his best to get into top shape!

And that’s about it for this week’s episode as we go back to Haruka Nanase and his friends after Hiyori Toono’s refusal to let them see Ikuya Kirishima. Seriously, that needs to be fixed before this 3rd season is over!