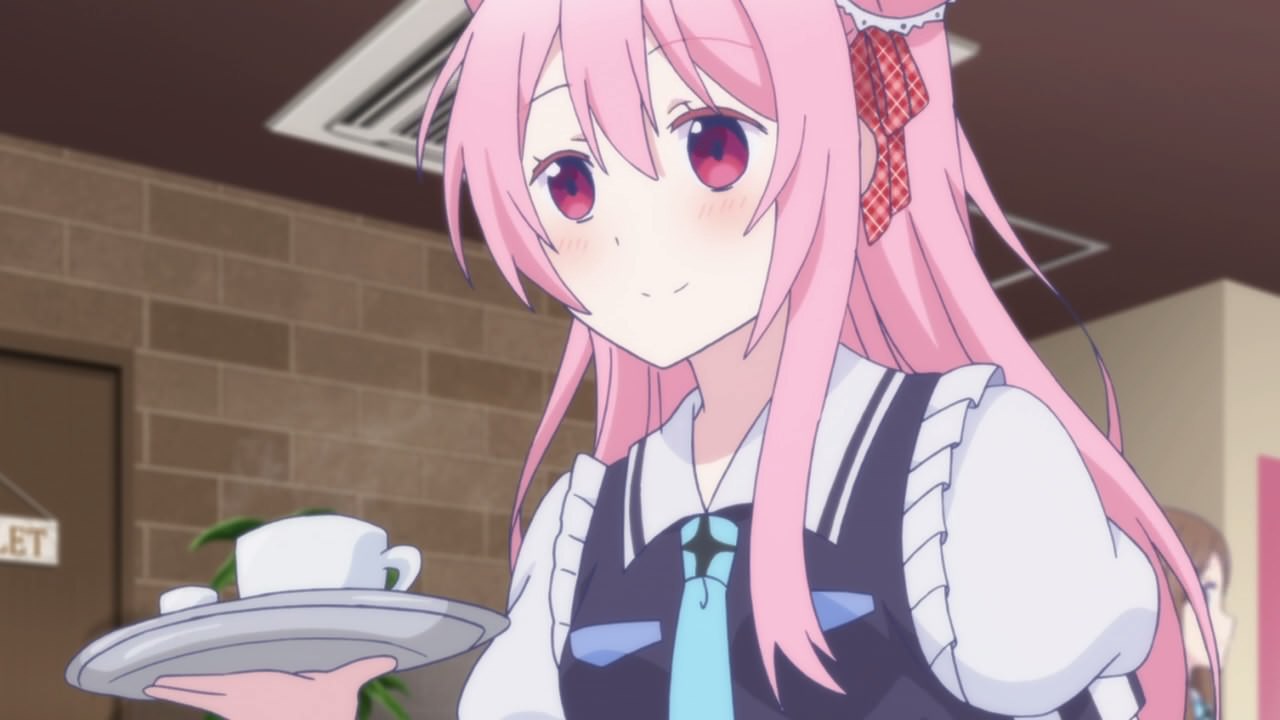 It’s just another day for Satou Matsuzaka as she works hard at a maid cafe to support her happy sugar life with Shio Koube and- Wait, that girl at the background over there is looking to Satou-chan at a distance. 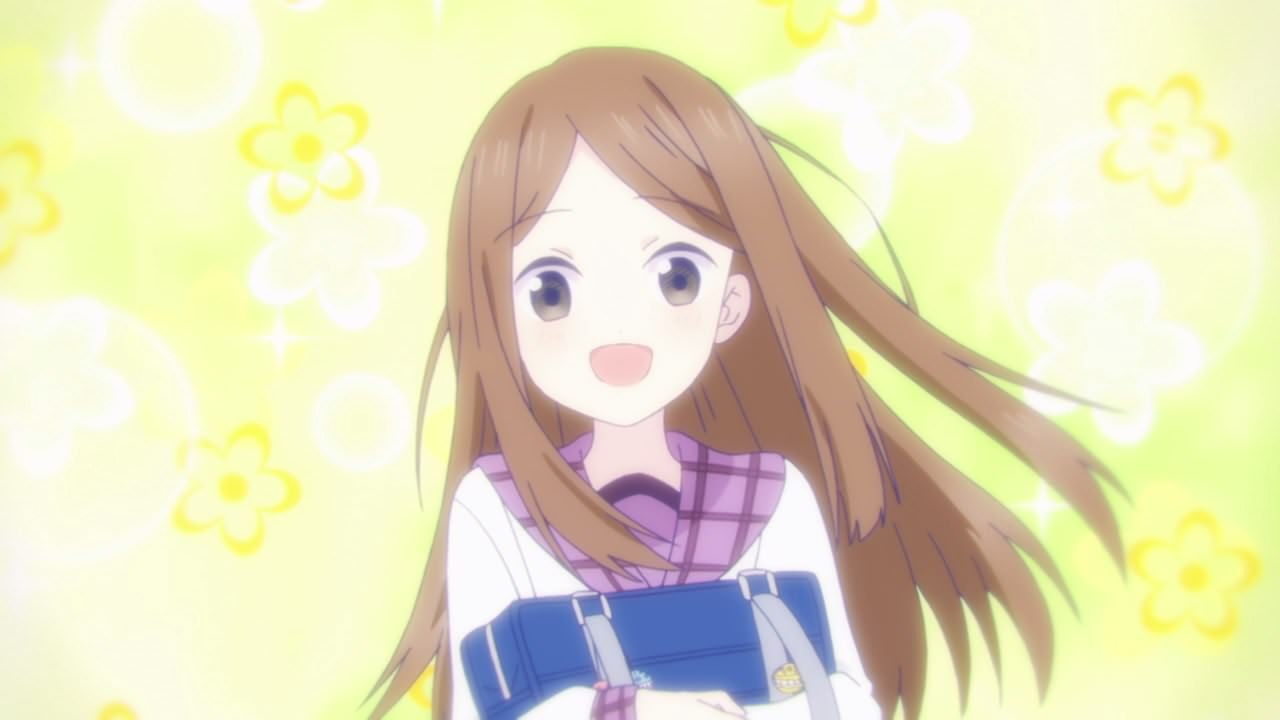 Well, let me introduce you to Sumire Miyazaki where she admired Satou-chan very much to the point that Su-chan is copying her tastes and accessories. 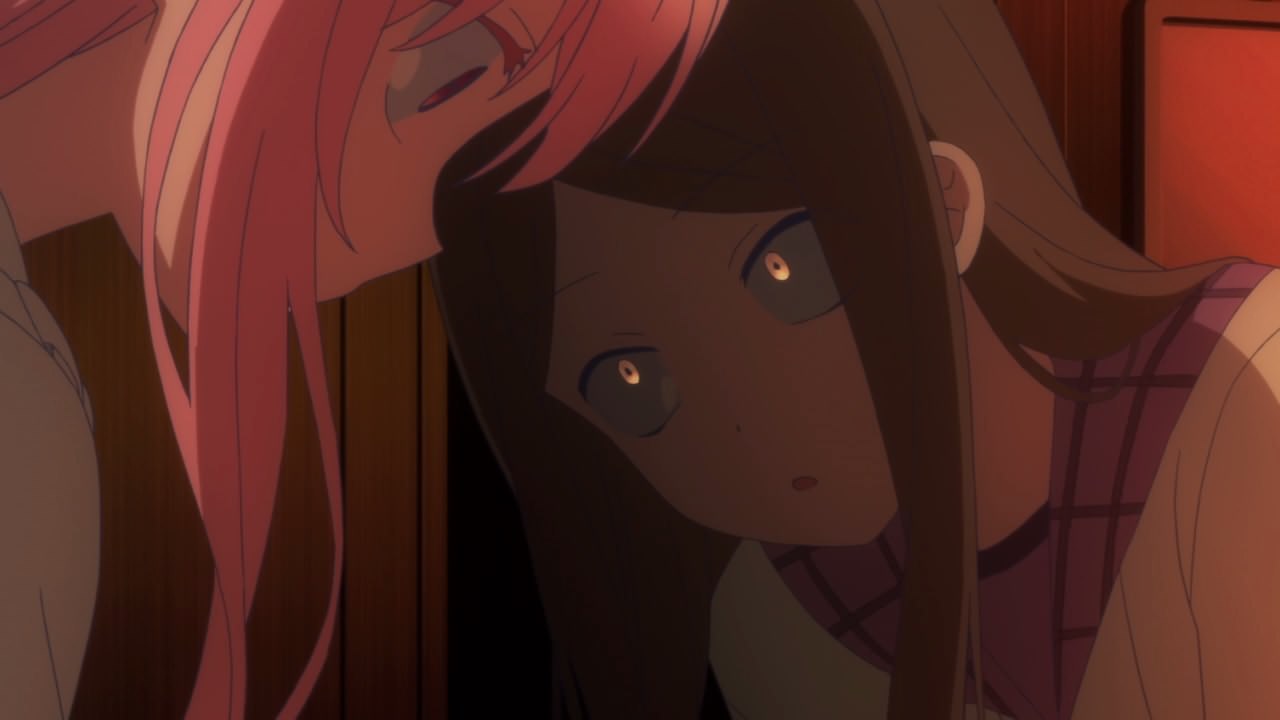 However, it’s not enough for Sumire Miyazaki as she wants to be like Satou Matsuzaka to the point where Su-chan dig deeper into her history, including Satou’s disappeared aunt.

Um, Satou-chan doesn’t want anyone learning about her past, especially when it comes to her aunt! I mean, she might have bad memories towards her only relative. 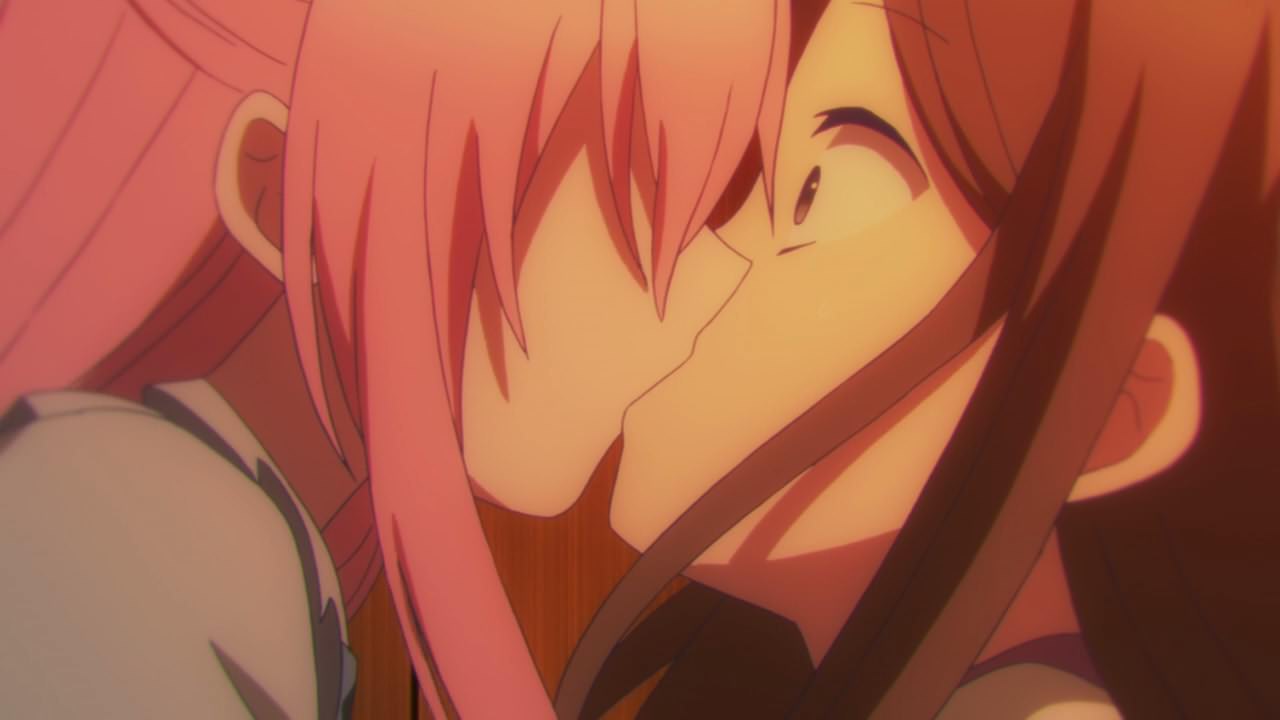 So, the only way to shut Su-chan up is to kiss her and assert dominance. Well, that’s the way to do it when someone is prying her personal life. 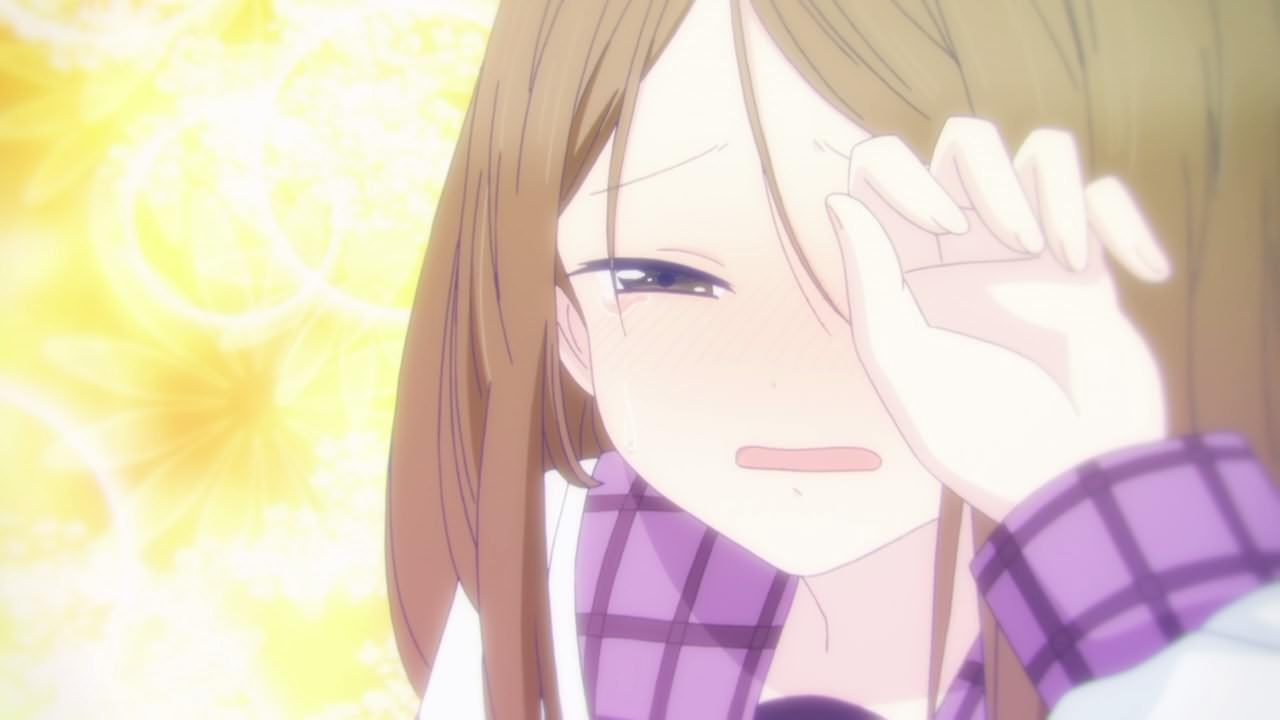 However, Sumire Miyazaki felt so happy that Satou Matsuzaka loves her very much. Aww, isn’t it sweet that Satou-chan cares for Su-chan? 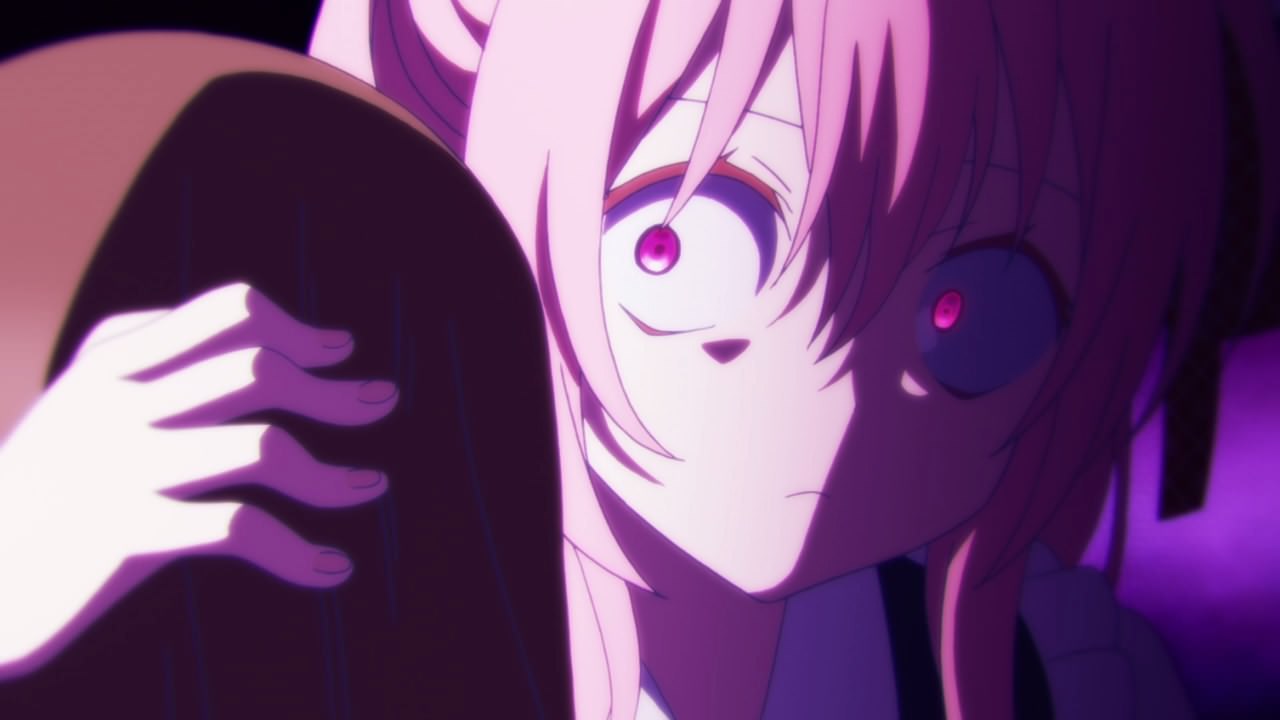 Well, except that Satou-chan is very angry towards Su-chan that she warns her not to pry deeper into her personal life. C’mon, her face says it all!

Anyways, looks like Satou Matsuzaka will have to return to her castle and hug Shio-chan in order to remove her bitterness, although Satou can’t tell Shio-chan about her sins she committed. 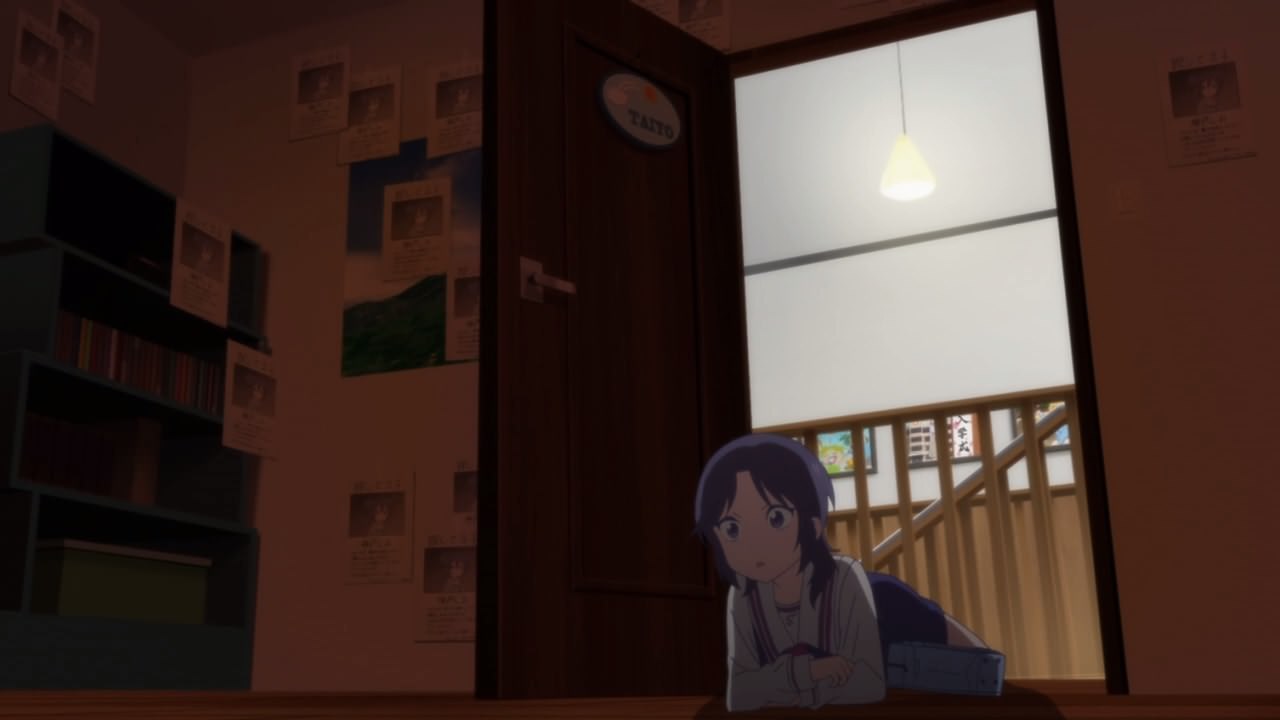 Lastly, here’s Shouko Hida as Satou’s friend is here at Taiyou Mitsuboshi’s house as he’s out for a few days.

C’mon, those wounds are hard to heal after getting beaten up by thugs on the previous 2 episodes, but Taiyou’s heart will no longer heal that the only way to recuperate is to hug Shio Koube. 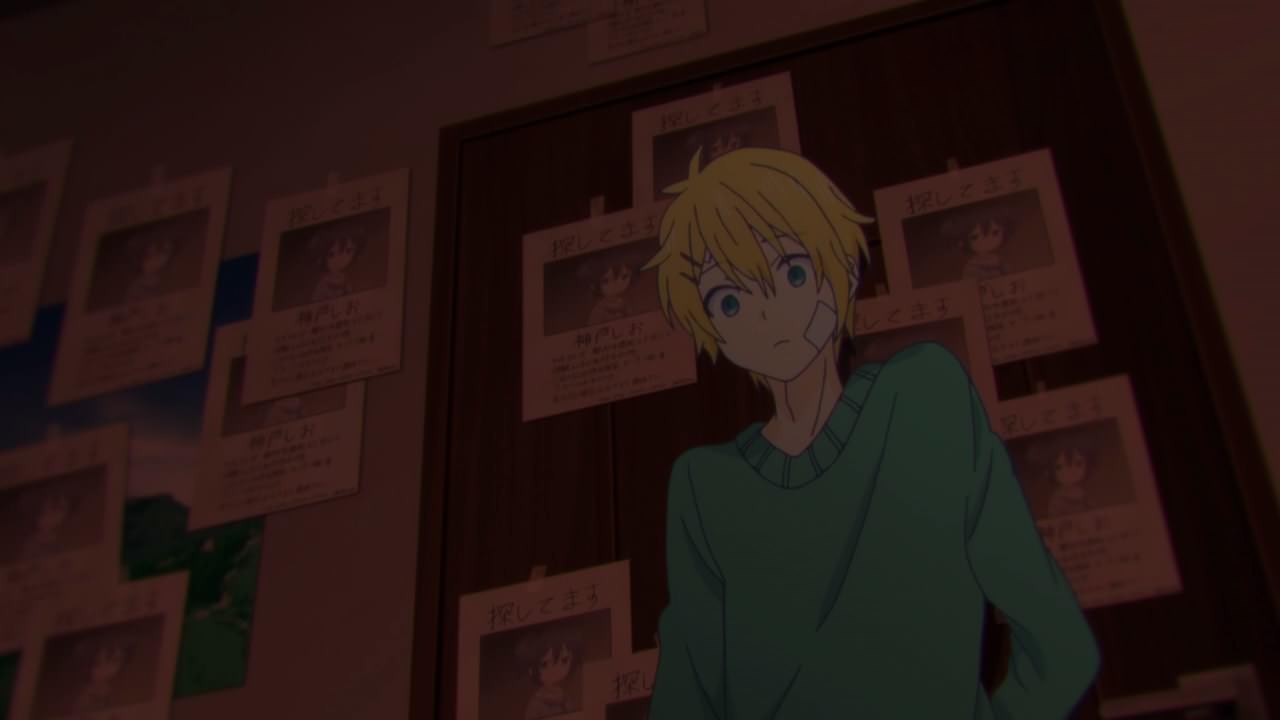 Oh and speaking of Taiyou Mitsuboshi, he’s here but Taiyou won’t let anyone know about his obsession towards Shio-chan, therefore he’ll kill Shouko Hida in order to remain a secret.

Just kidding, as if Taiyou will do that right now so he warned Shouko not to tell anybody of his dirty secret. But anyways, that’s about it for this week’s episode and man, most of the cast are completely messed up!