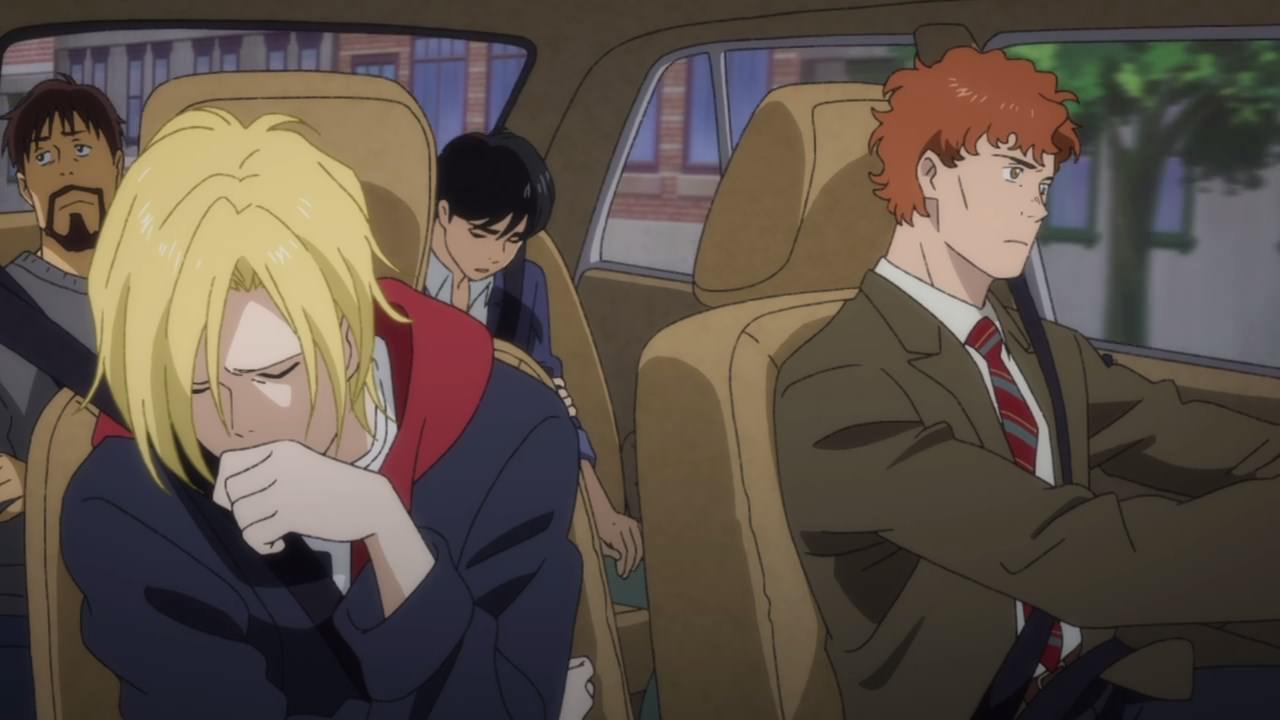 Well everyone, looks like Ash Lynx has finally got out of prison and while Charlie Dickenson told him not to get caught in more trouble, it’s not like Ash will just sit around and do nothing just because his brother Griffin got killed by Frederick Arthur’s gang! 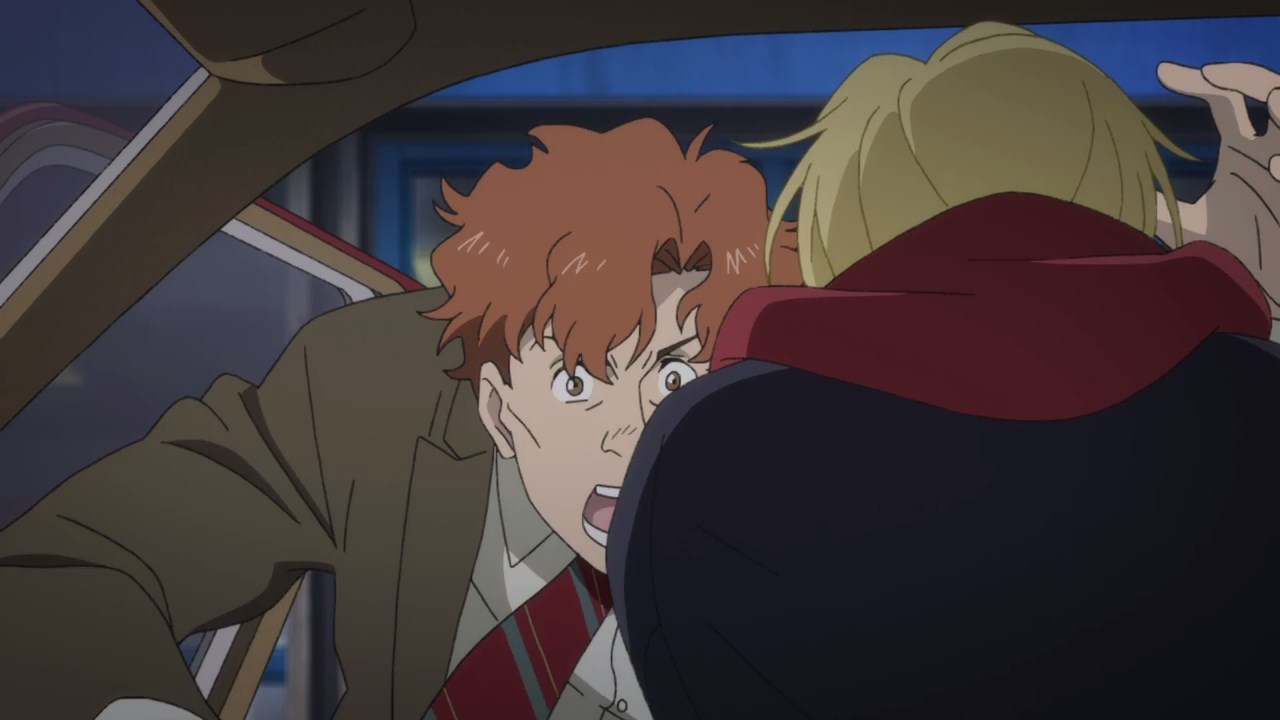 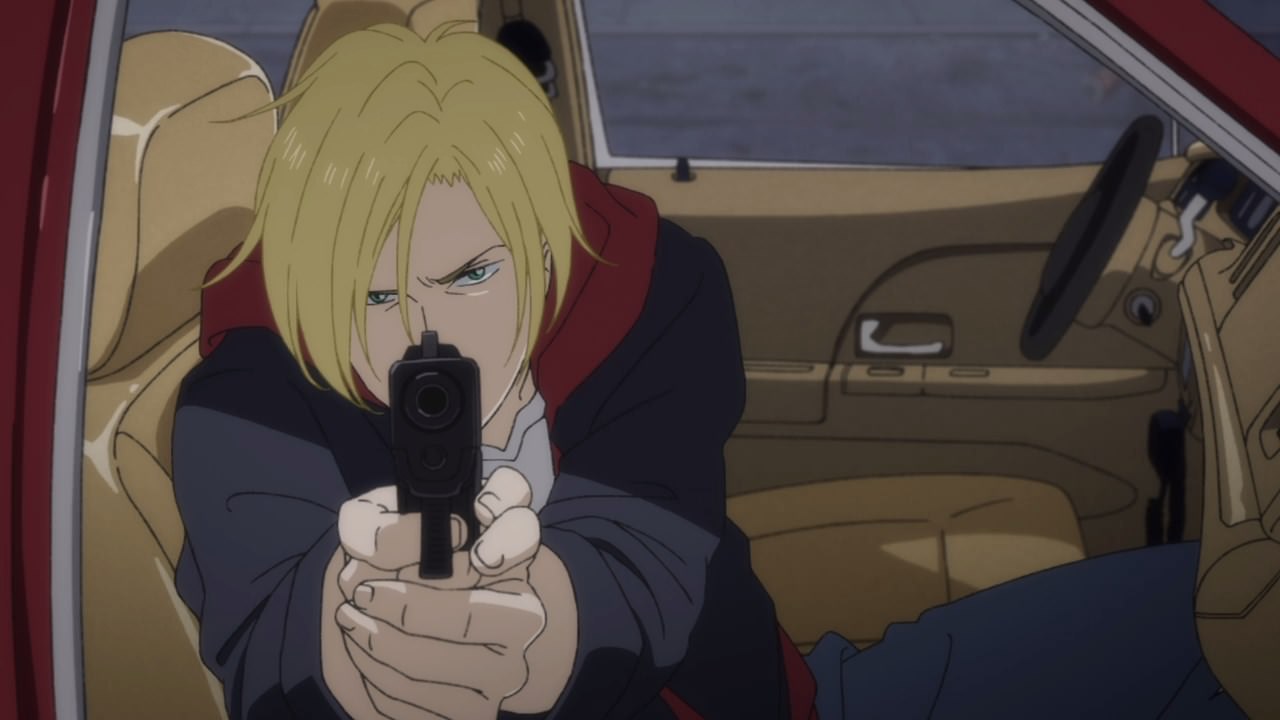 So, he decides to do the unthinkable as Ash pulled Charlie’s gun and aimed at him. C’mon, he’s serious on taking his revenge against Arthur and eventually Papa Dino! 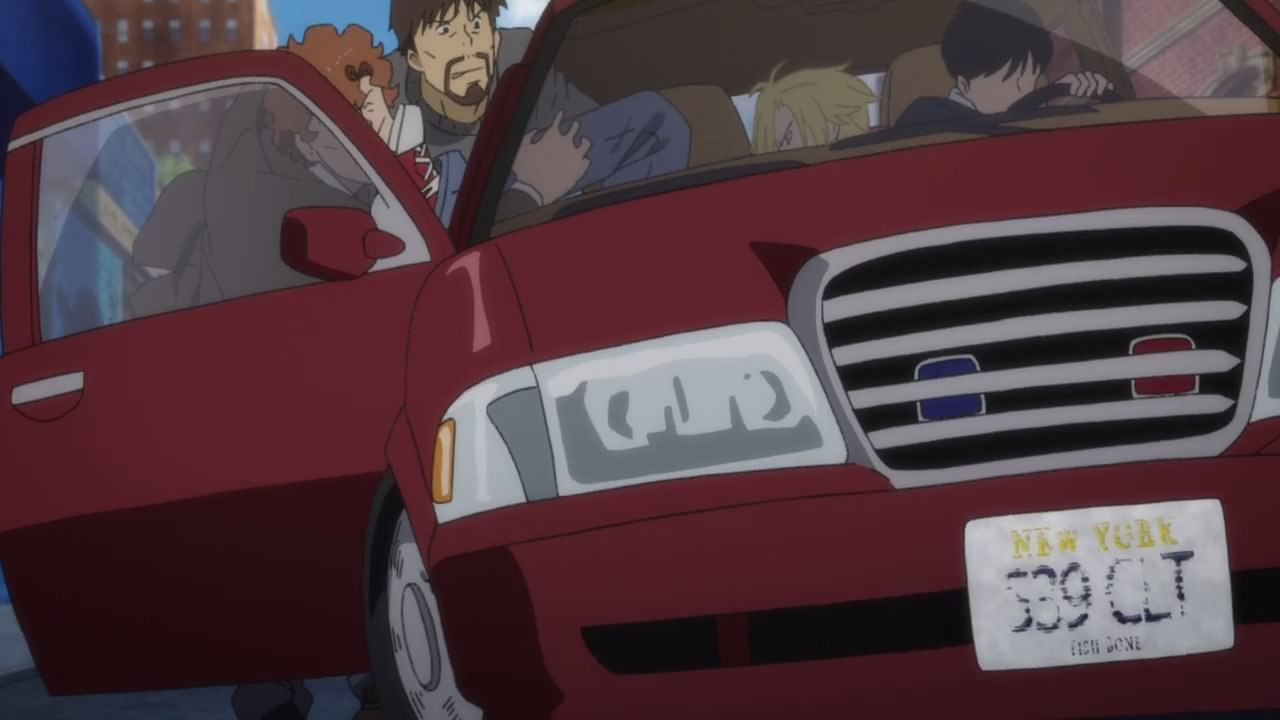 Oh, and it seems that Eiji Okumura will join the ride as he drives the car in order to get away from Charlie Dickenson and Shunichi Ibe.

Well, there’s no turning back for these two as both Ash and Ei-chan are now partners in crime! 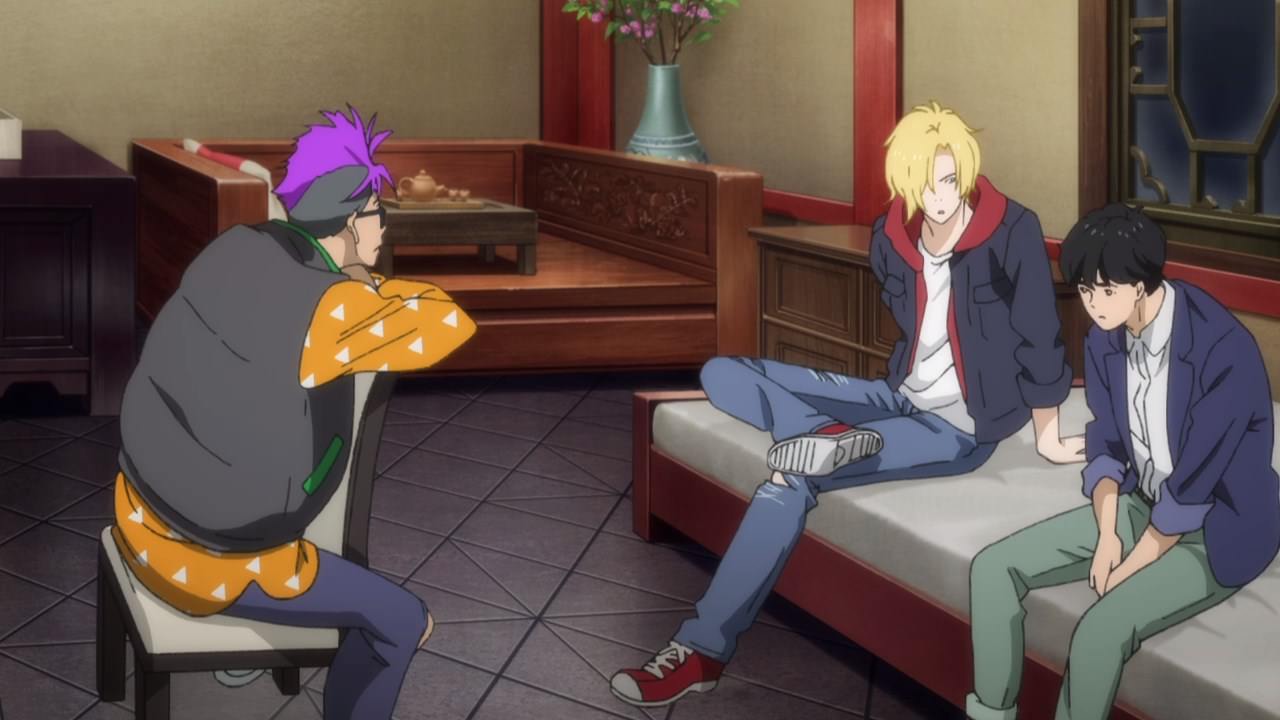 But first, they need to meet up with Shorter Wong first in which he provided them with a place to stay and hide from their enemies.

Also, time for some backstory courtesy of Eiji Okumura where he told them he was once a great pole-vaulter back in the day. 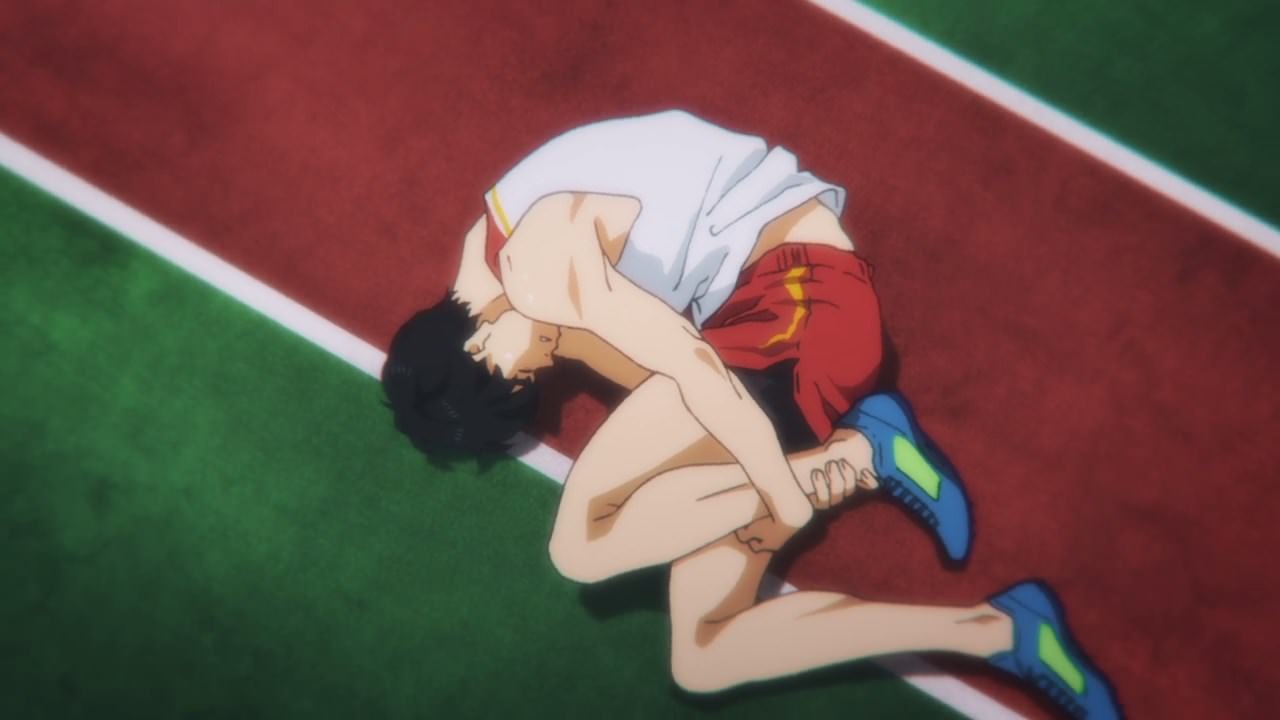 However, an ankle injury has destroyed his promising career, thus Ei-chan can no longer compete at a global level.

Still, it’s impressive that he managed to jump over the wall back in Episode 2, despite having an injured ankle and not to mention that he’s being chased down by Frederick Arthur and his goons. 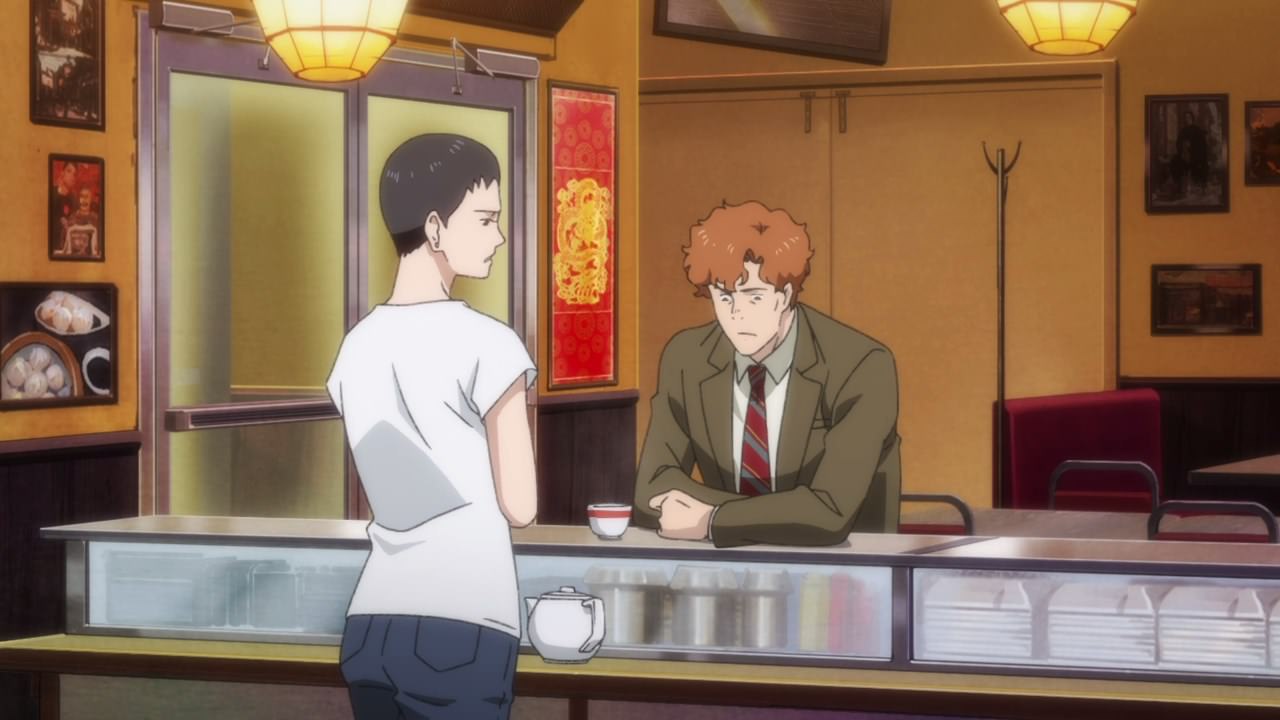 Meanwhile, looks like Charlie Dickenson visited Chang Dai Restaurant to calm down a bit. C’mon, Charlie is frustrated that he can’t stop the street gangs from killing themselves because of a freaking drug. 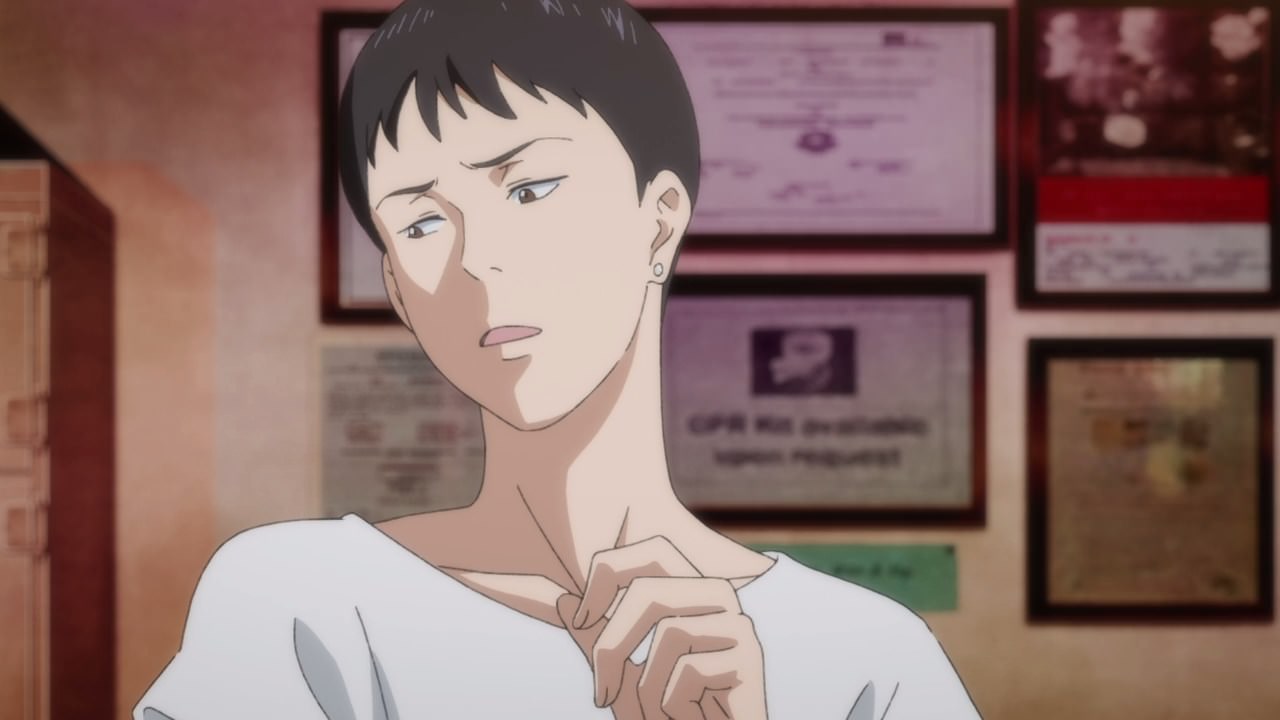 Also, I would like to introduce you to Shorter’s older sister Nadia as she’s worried about her younger brother very much. Let’s hope that Shorter Wong will be okay! 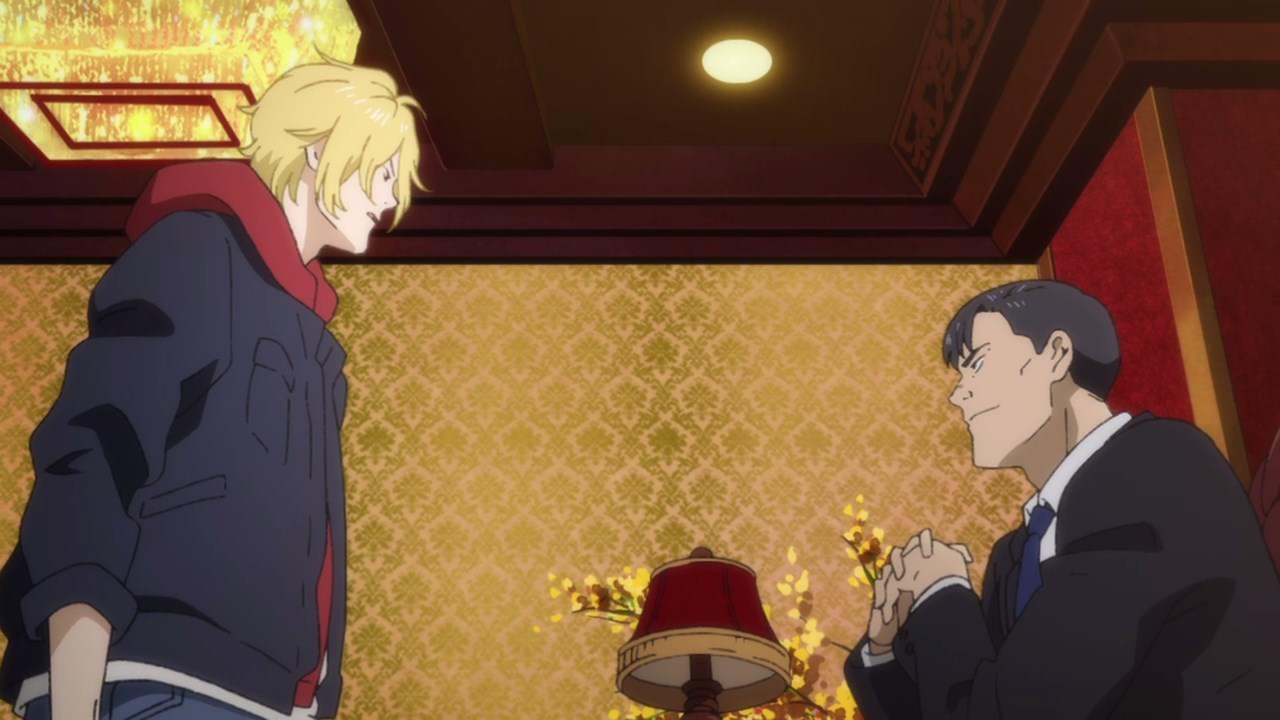 Now then, let’s move onto Ash Lynx’s plans to kill Dino Golzine as he asked Mr. Lee some assistance, like giving him a Smith and Wesson .357 magnum revolver and a truck.

While he handsomely help Ash on his quest to avenge both Skip and Griffin’s death, Mr. Lee will just play as a spectator as he wants to see what Ash can do against Papa Dino. 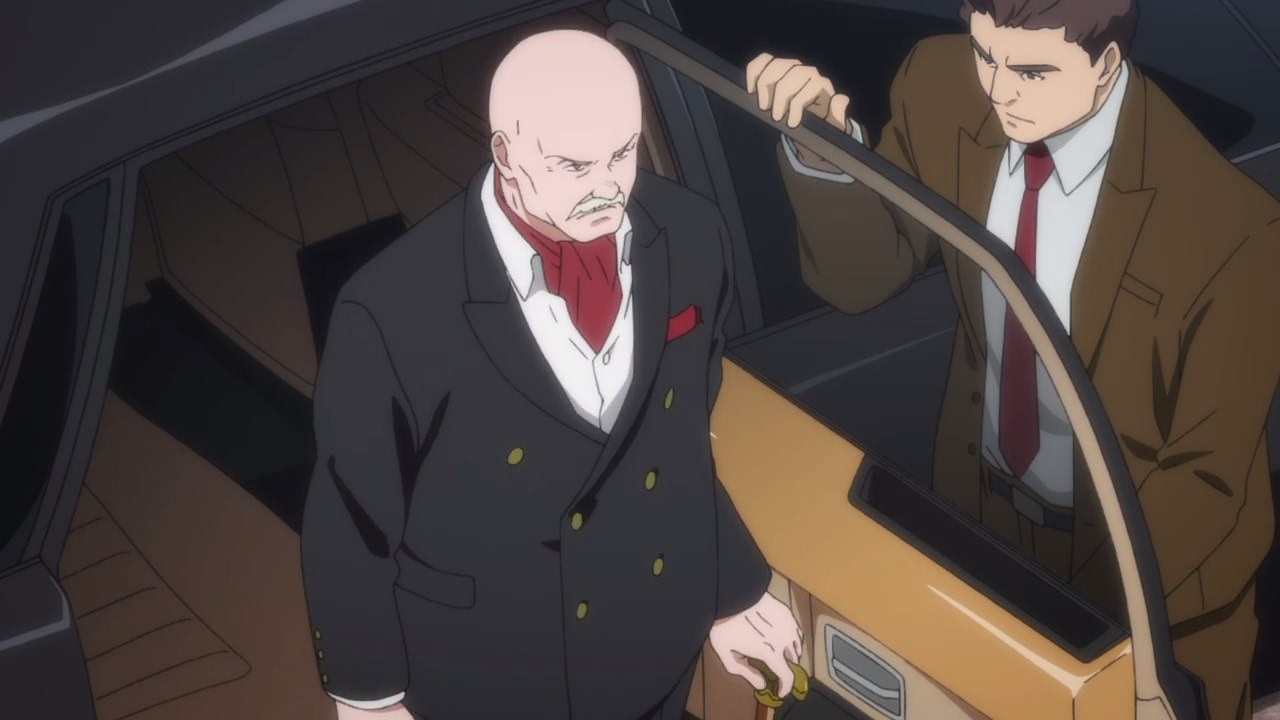 And speaking of “Papa” Dino Golzine, he’s here at his favorite seafood restaurant Club Cod. Oh and don’t be fooled by this restaurant as Club Cod is very infamous for selling kids to pedophiles.

Come to think of it, I wonder if Papa Dino picked Ash Lynx up from the streets and turn him into what he is today? 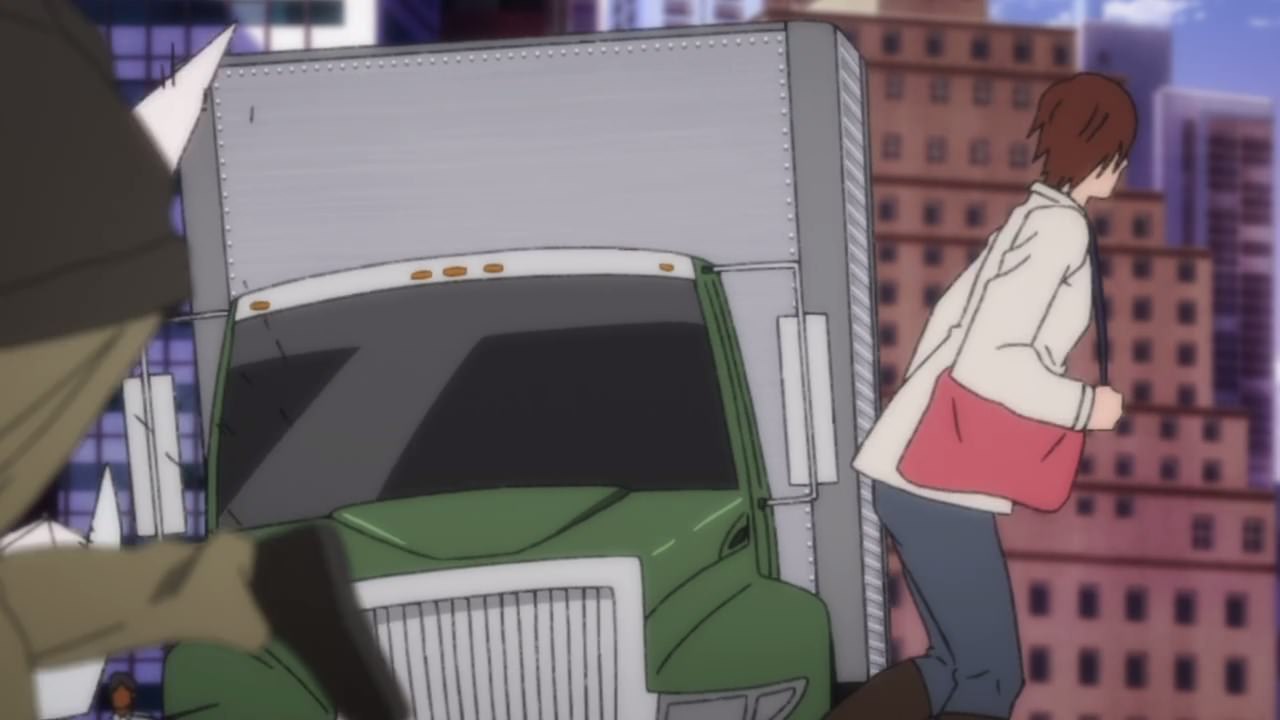 In any case, looks like Dino Golzine is here for a surprise when a truck is heading towards him! 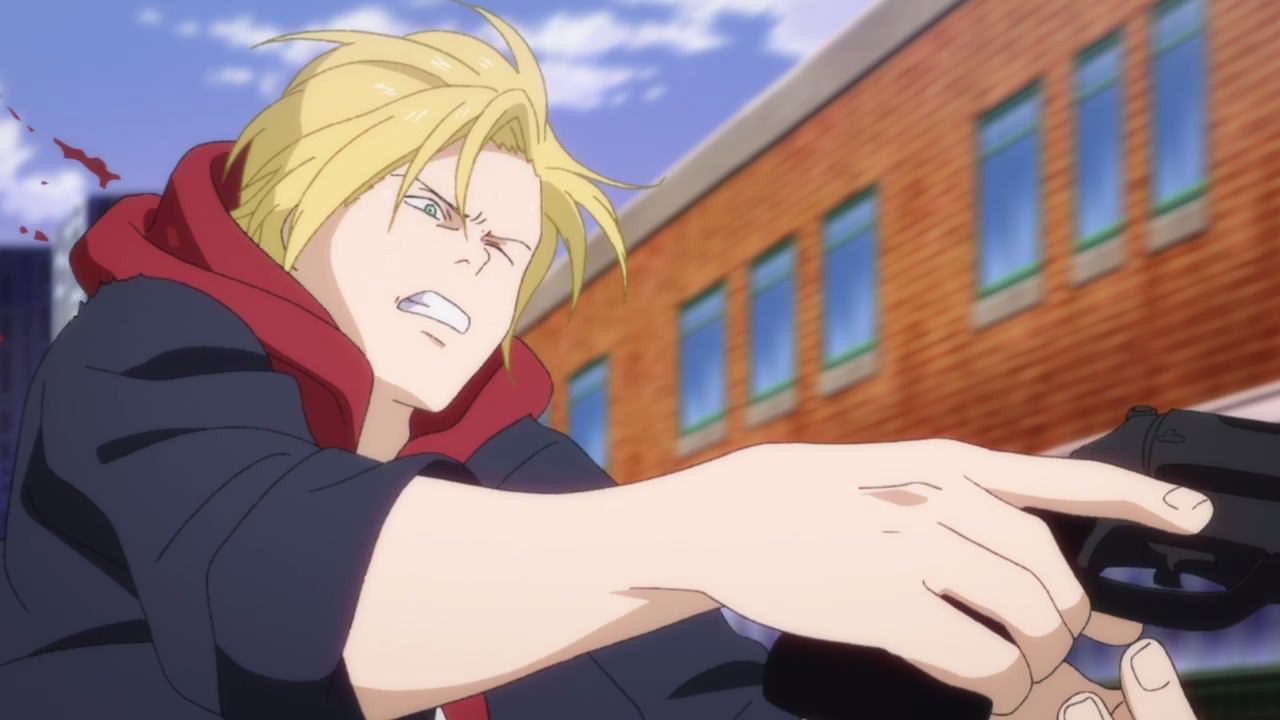 Oh and Ash Lynx is riding on top of the truck as he’s about to shoot Dino in the head, but someone shot him. Damn, who would do such a thing? 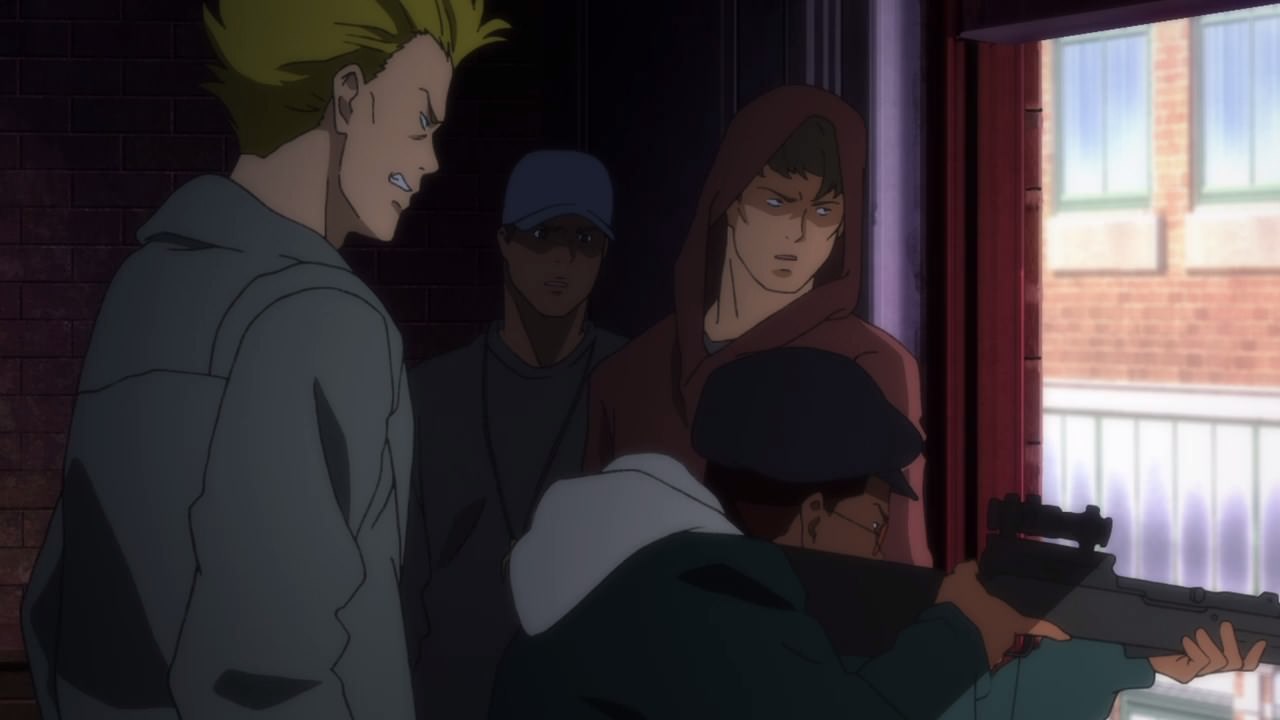 Well it’s none other than Frederick Arthur and his gang as they ruined Ash’s plans, although they didn’t shoot Ash Lynx in the head since one of Arthur’s goons is a lousy sniper. 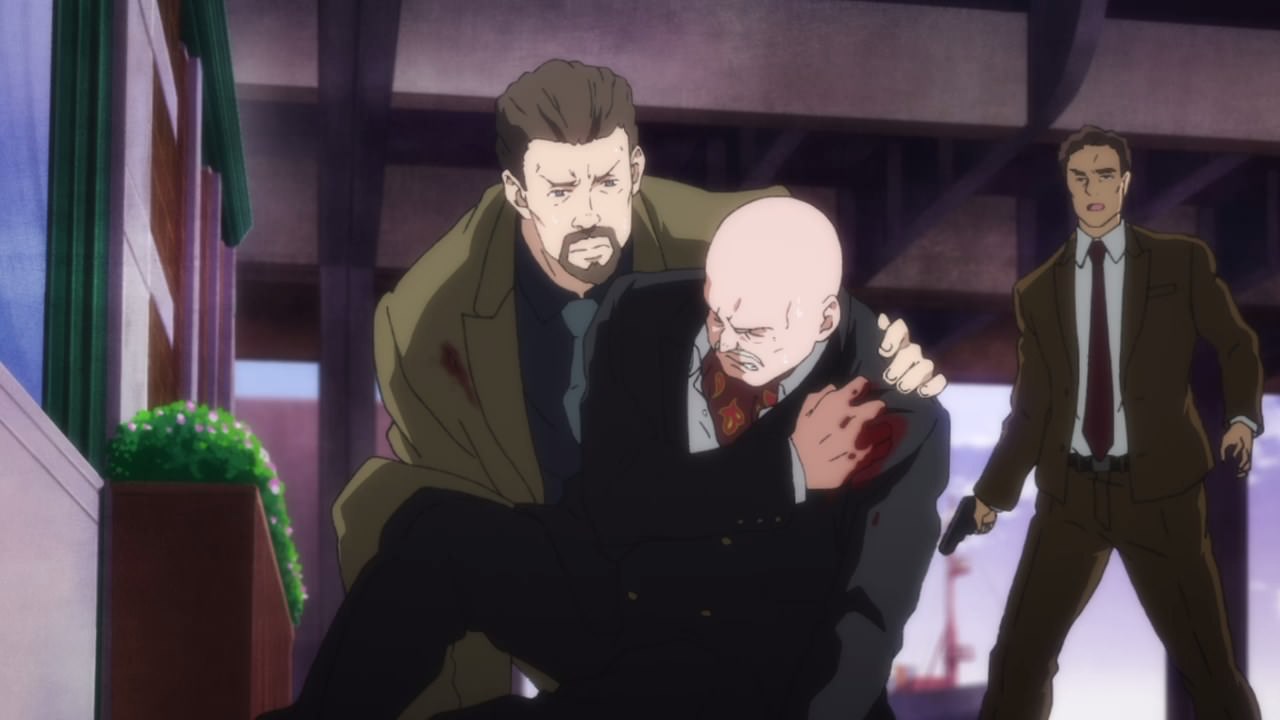 On the other hand, Dino Golzine got shot and while he’s still alive, Papa Dino won’t forgive Ash Lynx for ambushing him! 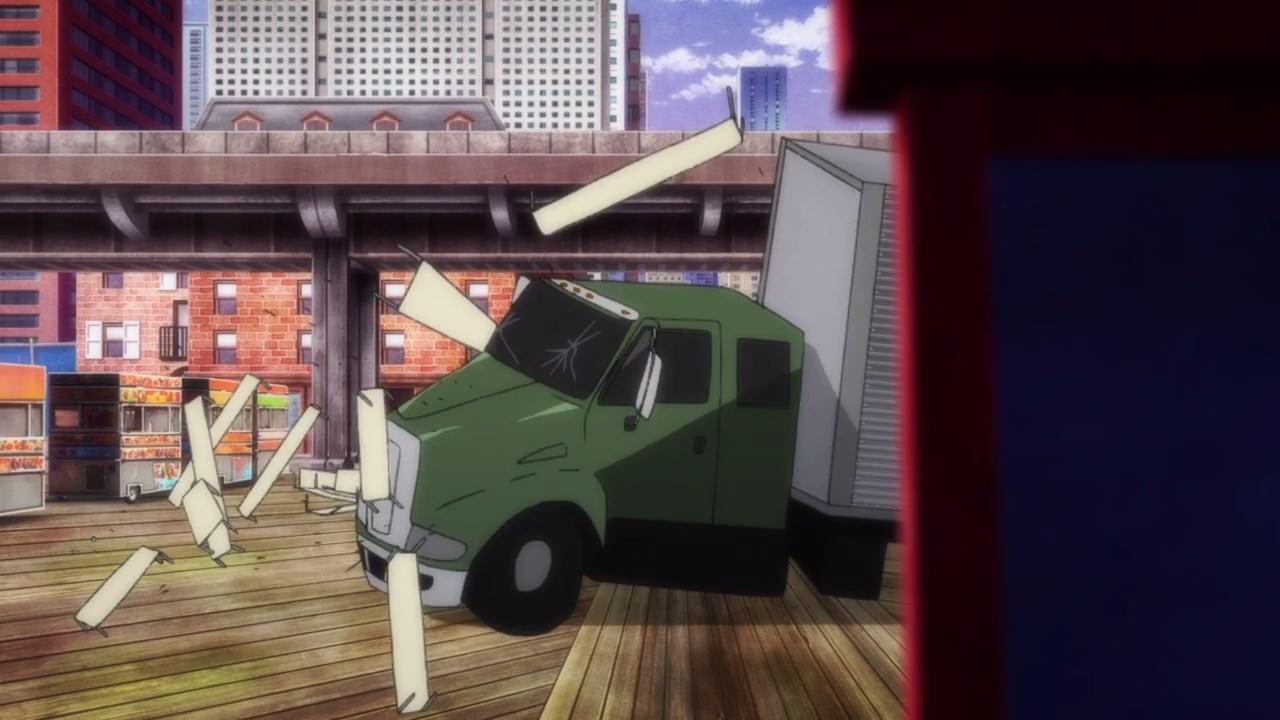 Meanwhile, the truck crashed into a wall and flipped over. Oh yeah, turns out that Shorter Wong is driving the car with Eiji Okumura as his passenger. 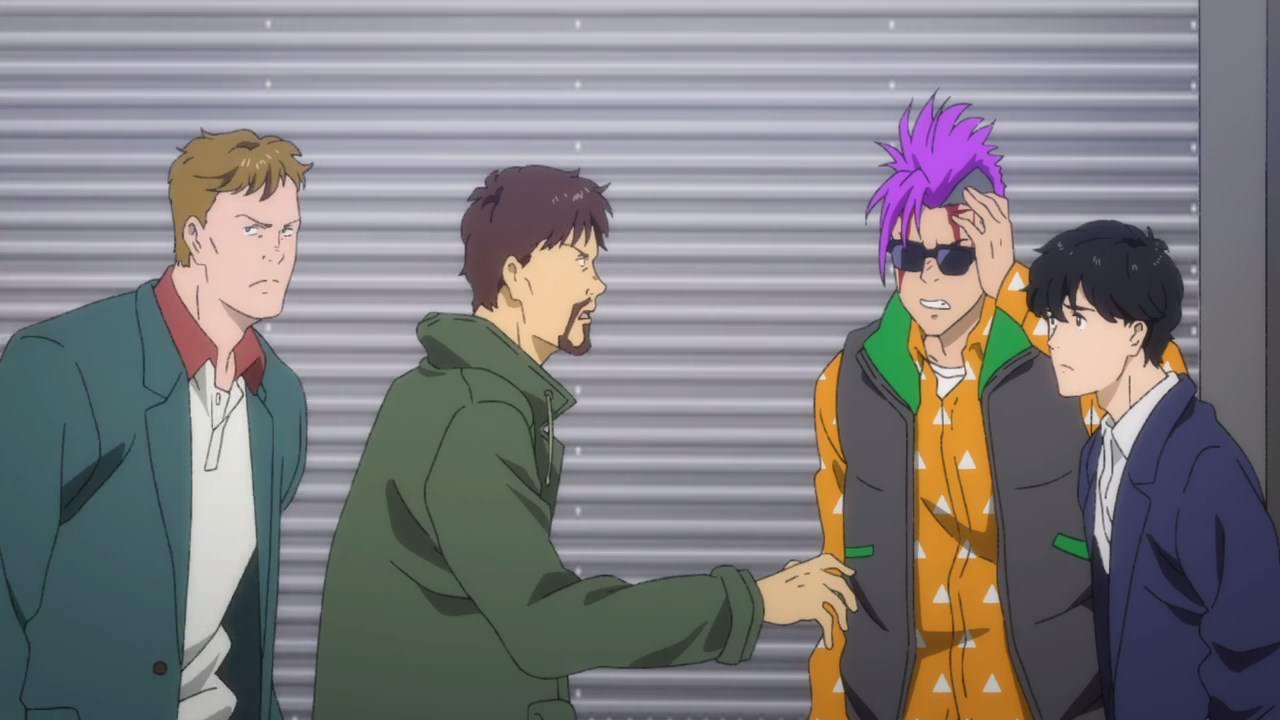 Fortunately, both of them are okay as they’re approached by Max Lobo and Shunichi Ibe, although Shorter got a gash in his forehead. And by the way, how did Max got out of prison since he’s not yet on parole?

Regardless on how he did it, Max told them to join him and escape from Papa Dino’s goons. 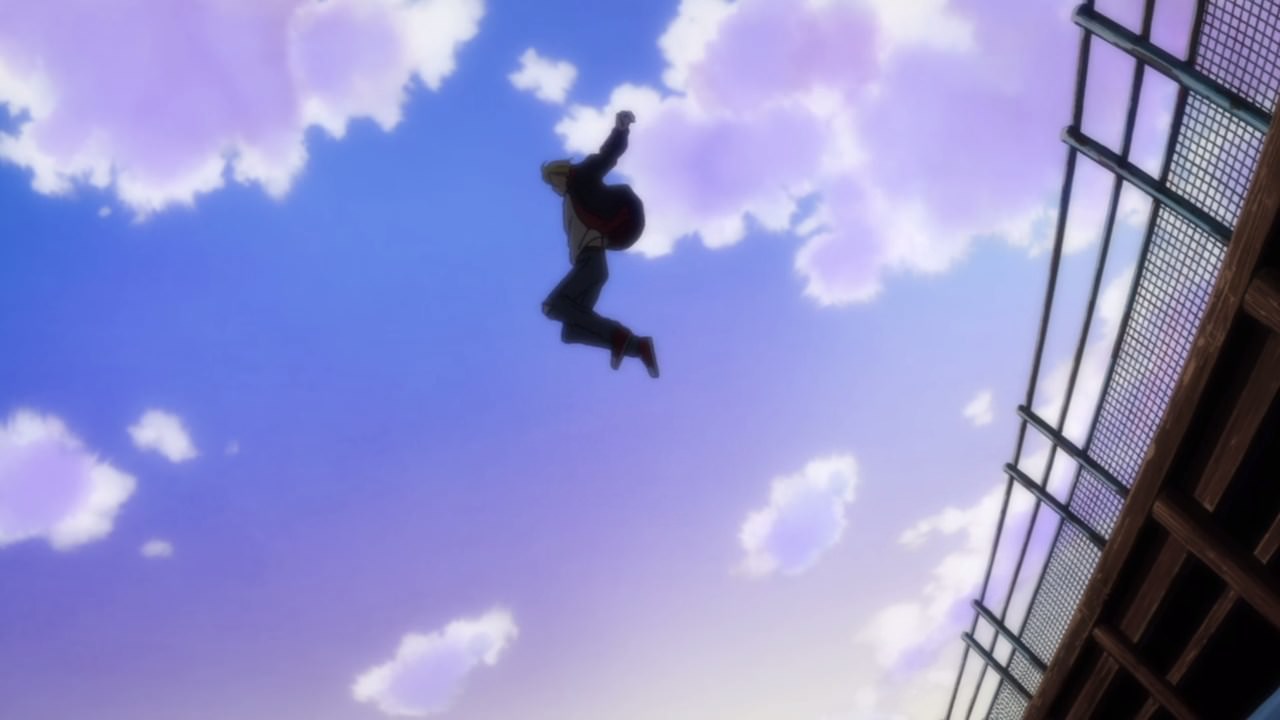 And the only way to get away from the mafia is to jump to the river. Let’s hope that Ash and his pals won’t get hypothermia! 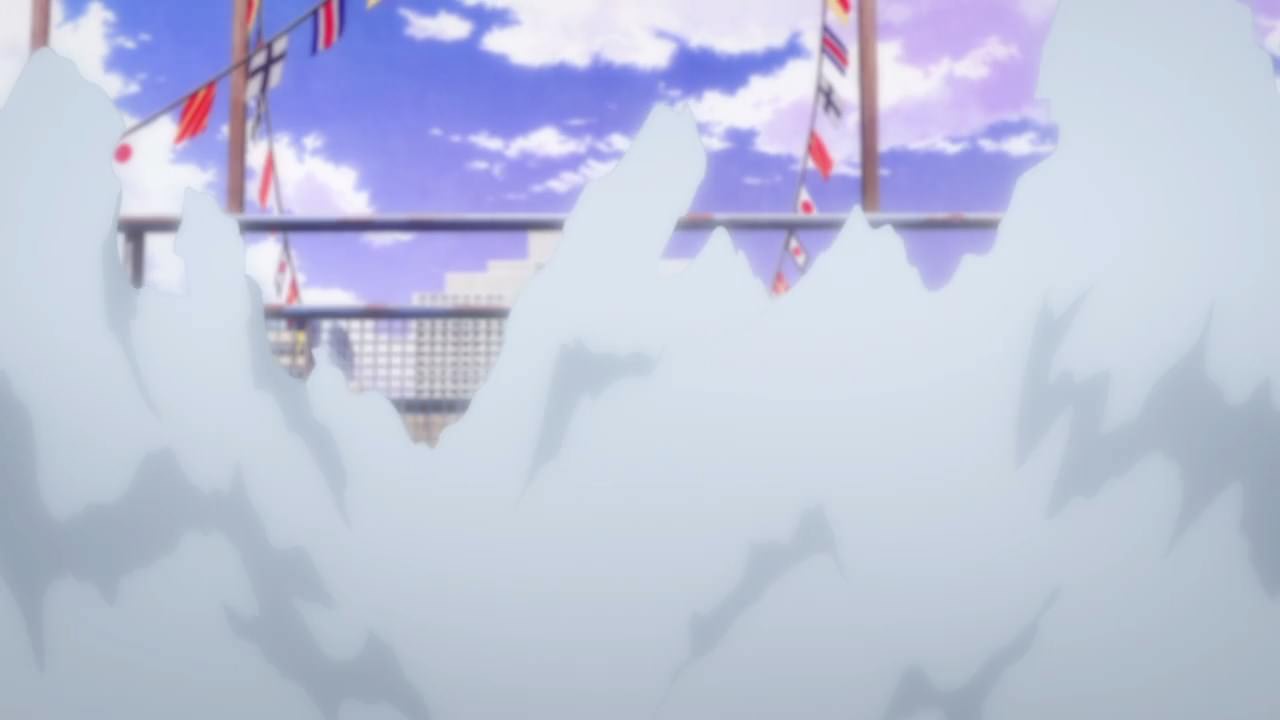 And so, they got away from Frederick Arthur and “Papa” Dino Golzine’s men. Still, Papa Dino will come back to haunt Ash Lynx as the don of the Corsican mafia wants nothing more but to capture Ash alive and torture him until he’s dead. 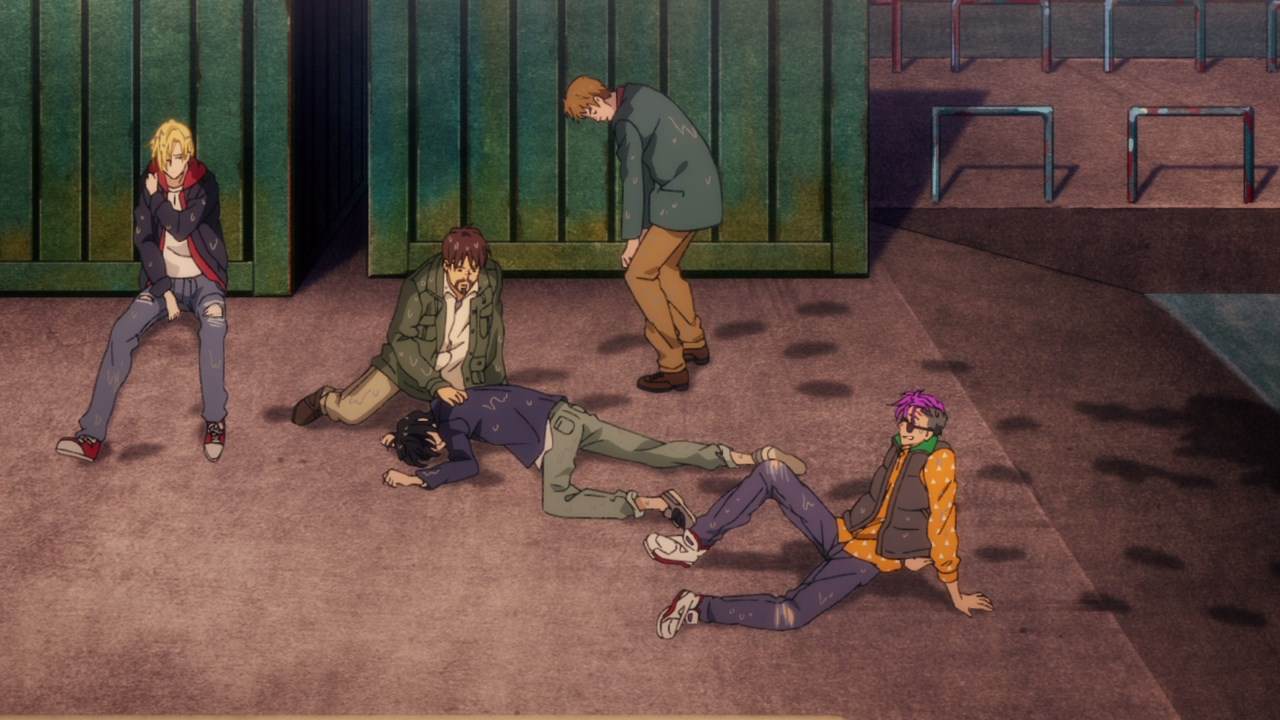 For now, they need to hide from their enemies until the dust has settled… just for a little. Anyways, I guess I have to leave it right here as I’ll see you on the next episode!