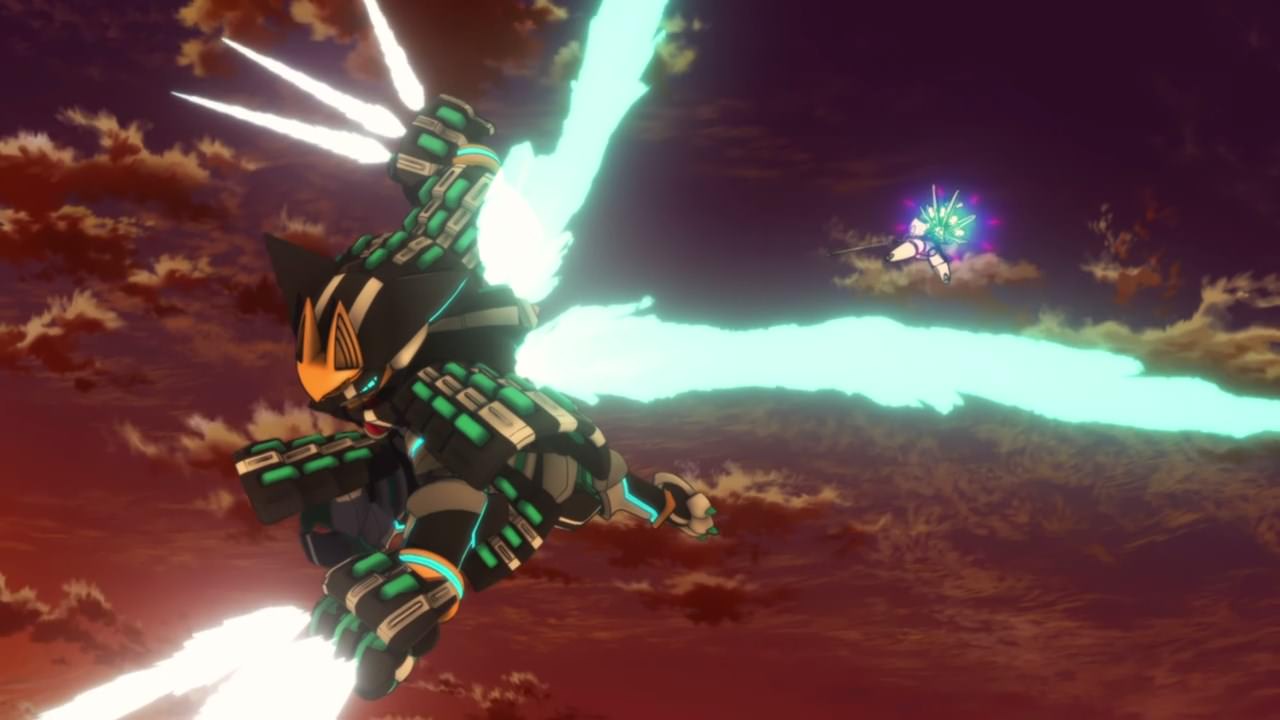 Seems that the battle between Souya Kuroi and Takezou Ryuzouji has ended in a single strike. Wow, J.C.Staff didn’t even bother to stretch the battle out! 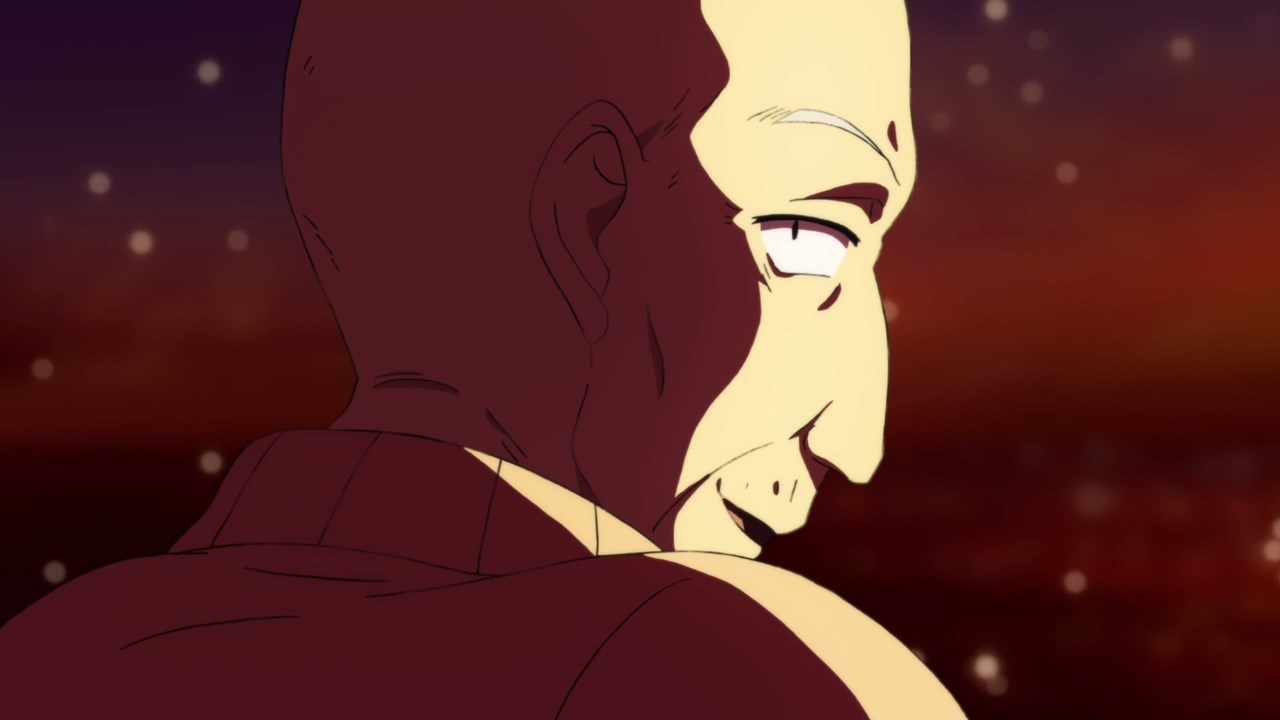 However, Takezou acknowledged the Nebula Soldier’s strength as genuine. Well, he’s back to being a cool old guy again! 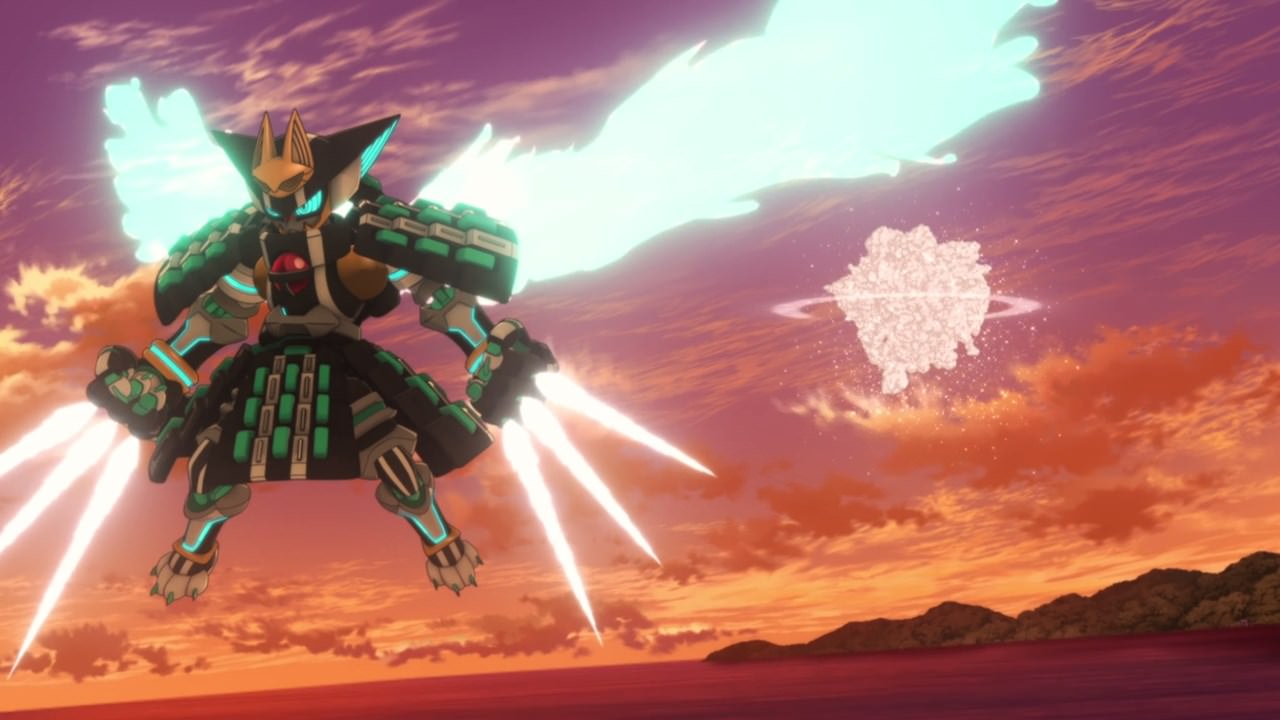 With that said, Takezou Ryuzouji has been defeated, but let’s just say that he has no regrets nor any hard feelings about his loss. 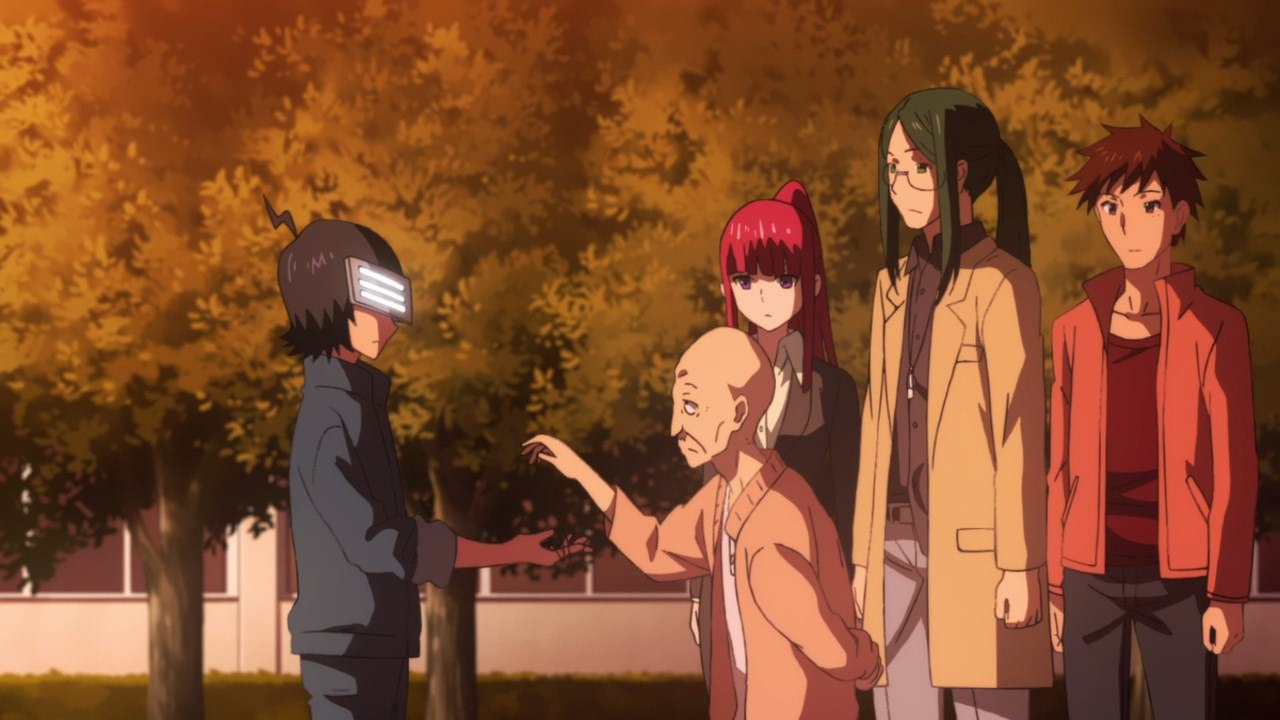 Oh, and he decides to give his powers back to Souya-kun since he doesn’t need it anymore.

Also, Yousuke Hitsujitani gave the dragon’s essence to Souya Kuroi as well, but it seems that Benika Takatori didn’t return her vial to the Nebula Soldier. Then again, she left her vial at the Grand Paladin’s headquarters. 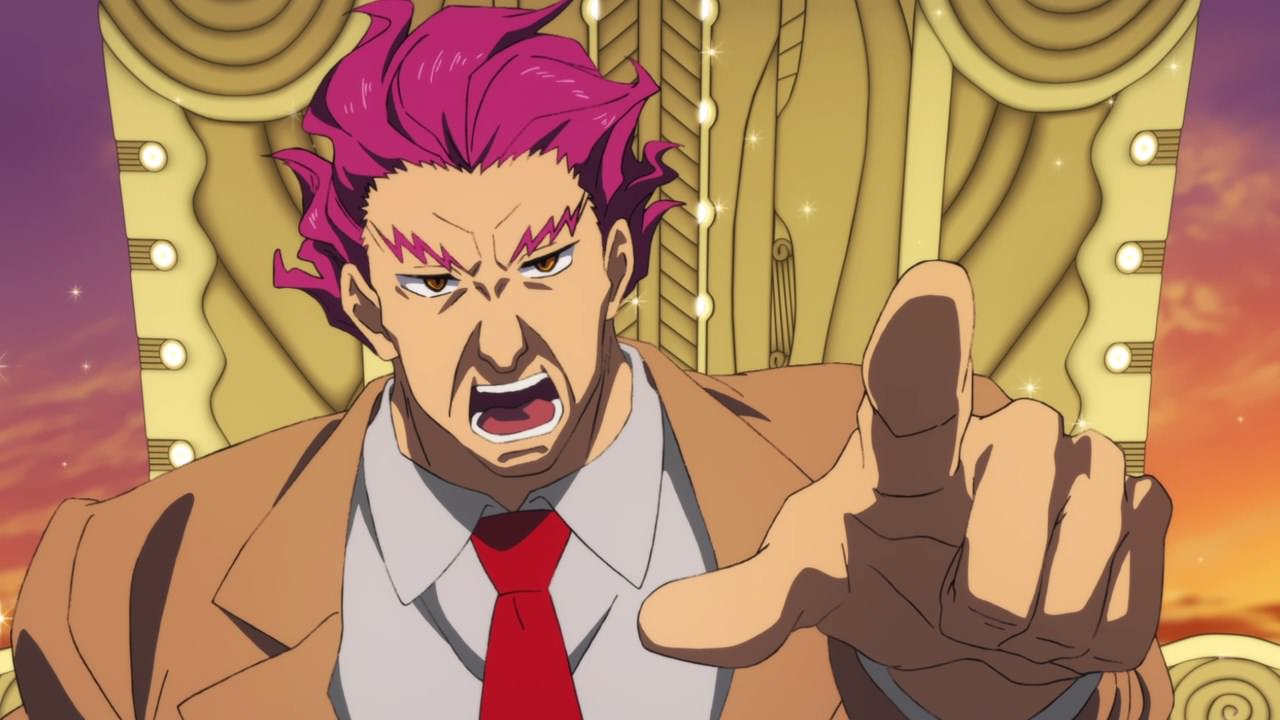 Meanwhile, we have another battle happening right now as Takashi Ryuzouji will have to deal with a treacherous Kogane Shiraishi, now piloting inside Generalissimo’s body because the leader of the Sealing Faction can transform into a Photon Armor. 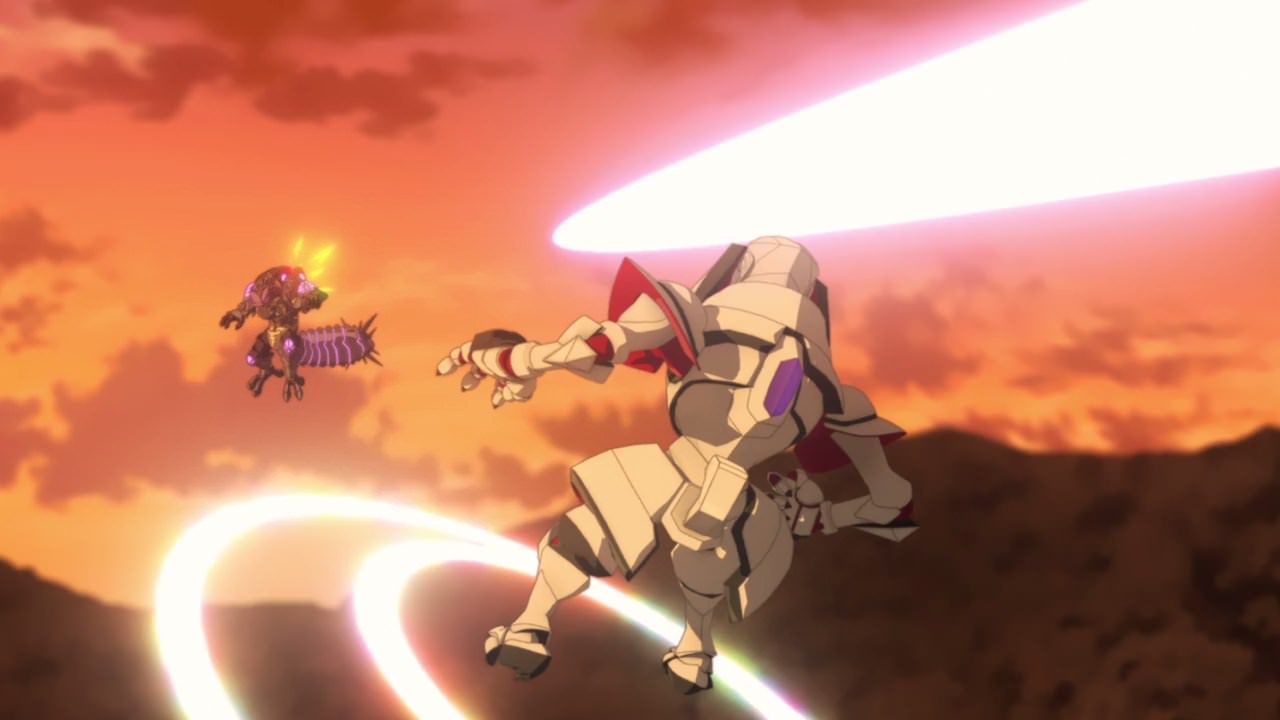 Now then, it’s gonna be an interesting battle as His Excellency is somewhat stronger on paper since he wants nothing more than to seal humanity’s evolution using Sirius technology.

However, it appears that the Generalissimo of the Sealing Faction is having a hard time stopping an orge like Takashi Ryuzouji. 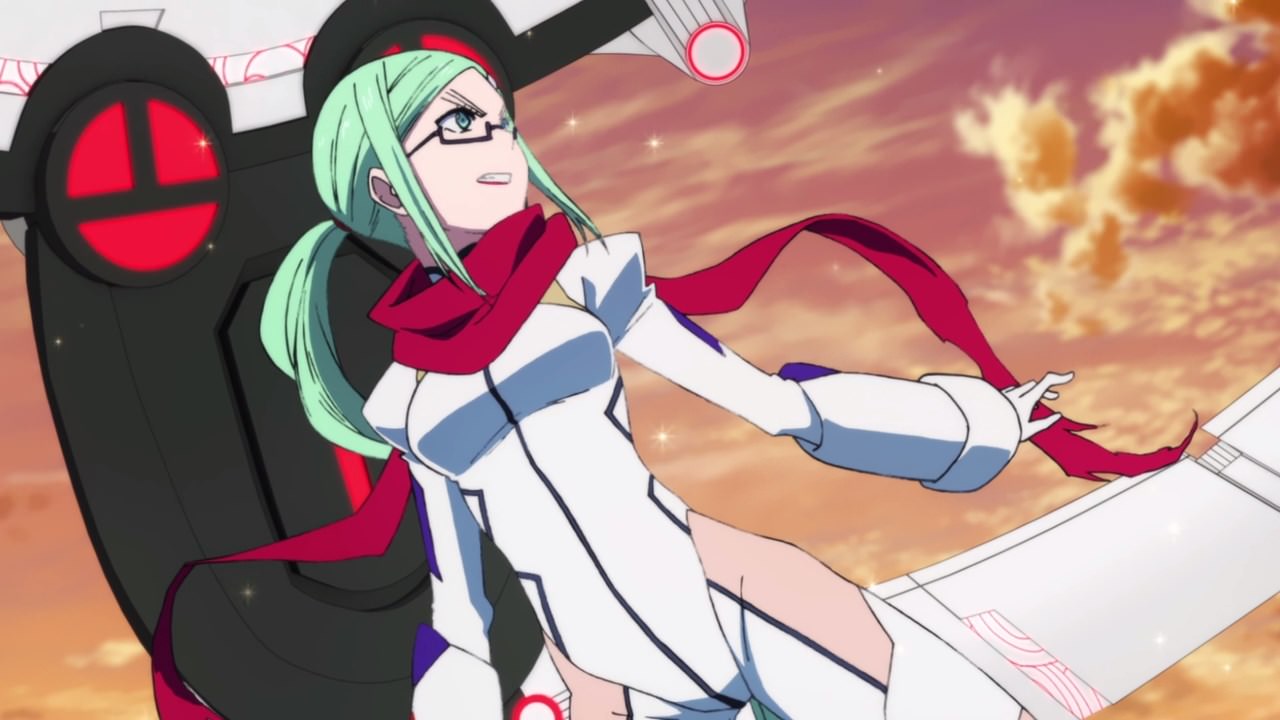 Heck, even Kogane Shiraishi is struggling to land a hit against Takashi Ryuzouji.

But you know what, I must say that Shiraishi shouldn’t have help Takashi on his rise to power in the first place because he might be an alien that was sent to Earth. 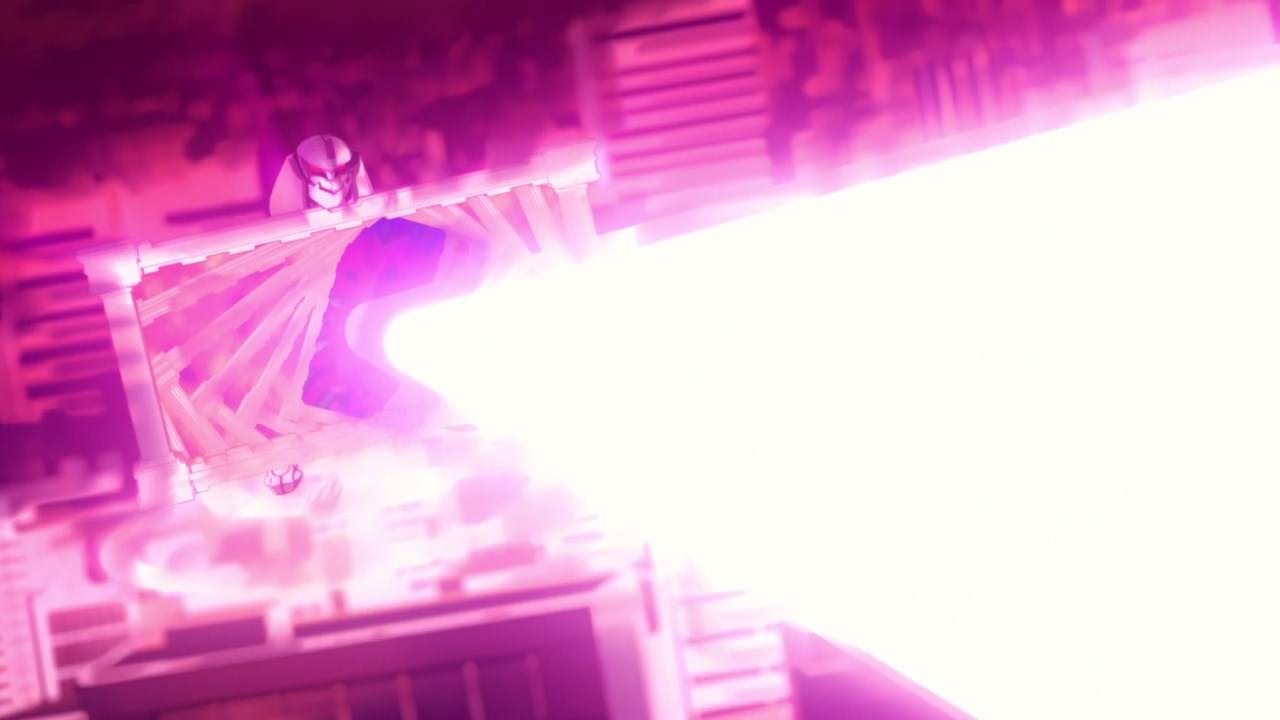 In any case, Kogane and His Excellency will have no choice but to use their trump card in which they’ll reflect Thor’s Hammer back to Takashi.

But even then, the Superdimensional Shield is no match for the almighty Thor’s Hammer! 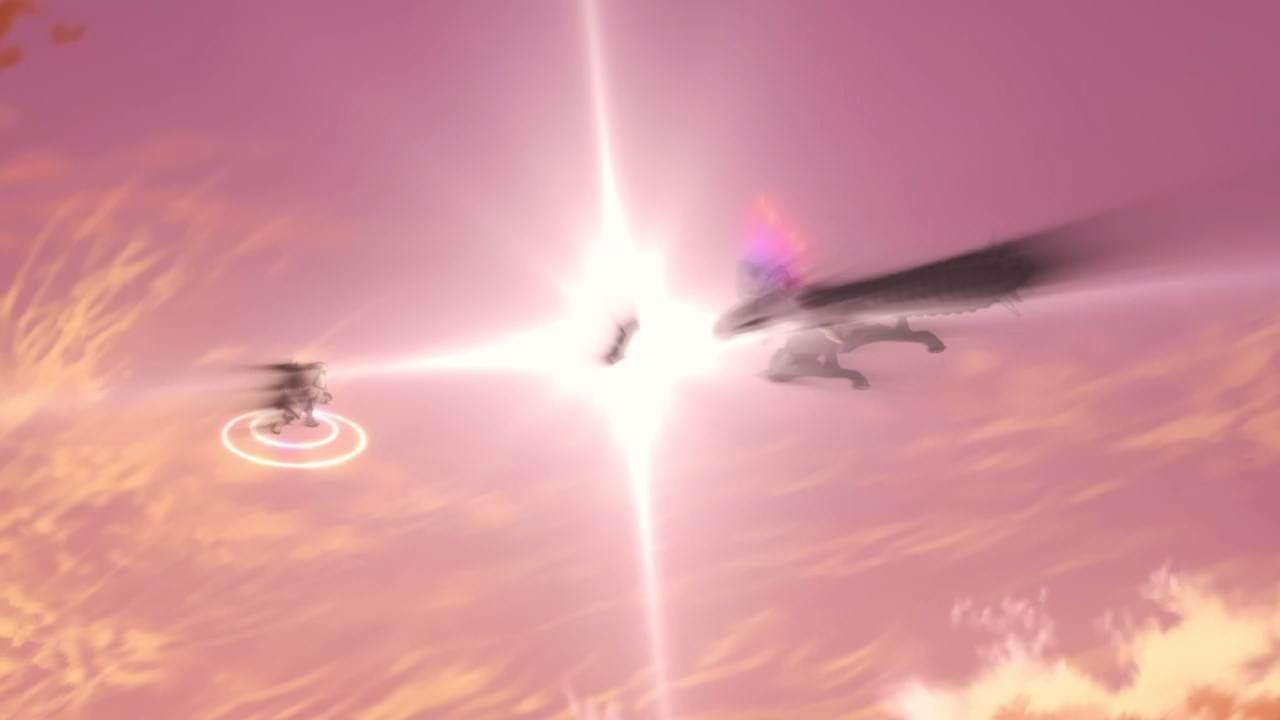 So, Kogane Shiraishi and the Generalissimo have decided to throw the shield to Takashi Ryuzouji in hopes that they can do something with that monster! 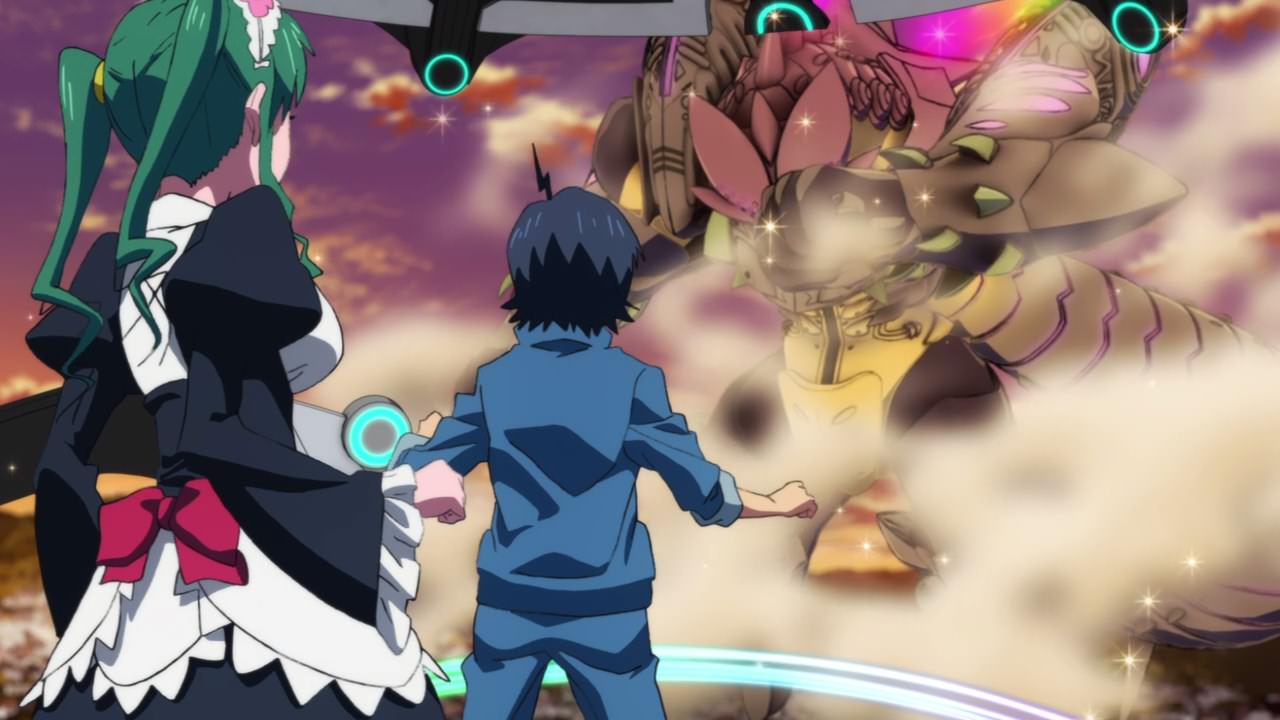 Turns out, they decided to send Takashi to Souya-kun and Ginko as they don’t want to deal with him anymore. I guess the leader of Grand Paladin is too strong to them! 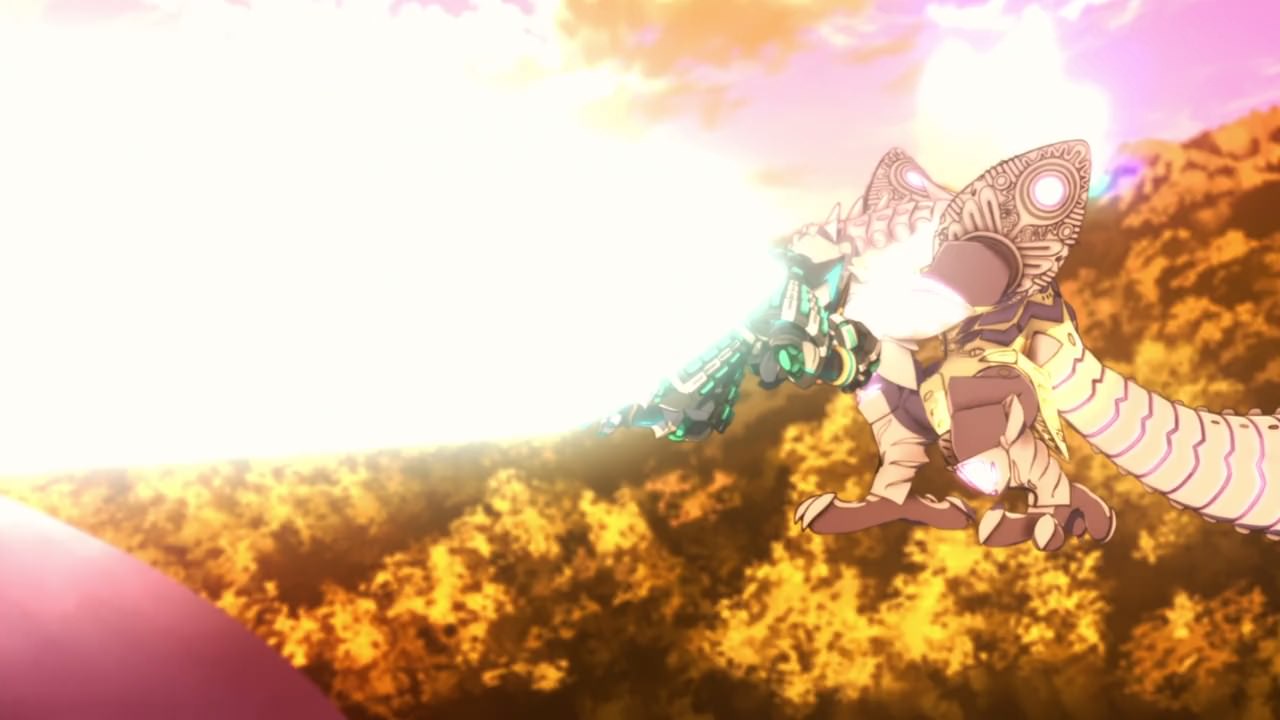 With that said, looks like Souya Kuroi (plus Ginko) will fight against Takashi Ryuzouji for one epic final battle.

Of course, their previous encounter end up being one-sided with Takashi beating Souya-kun! 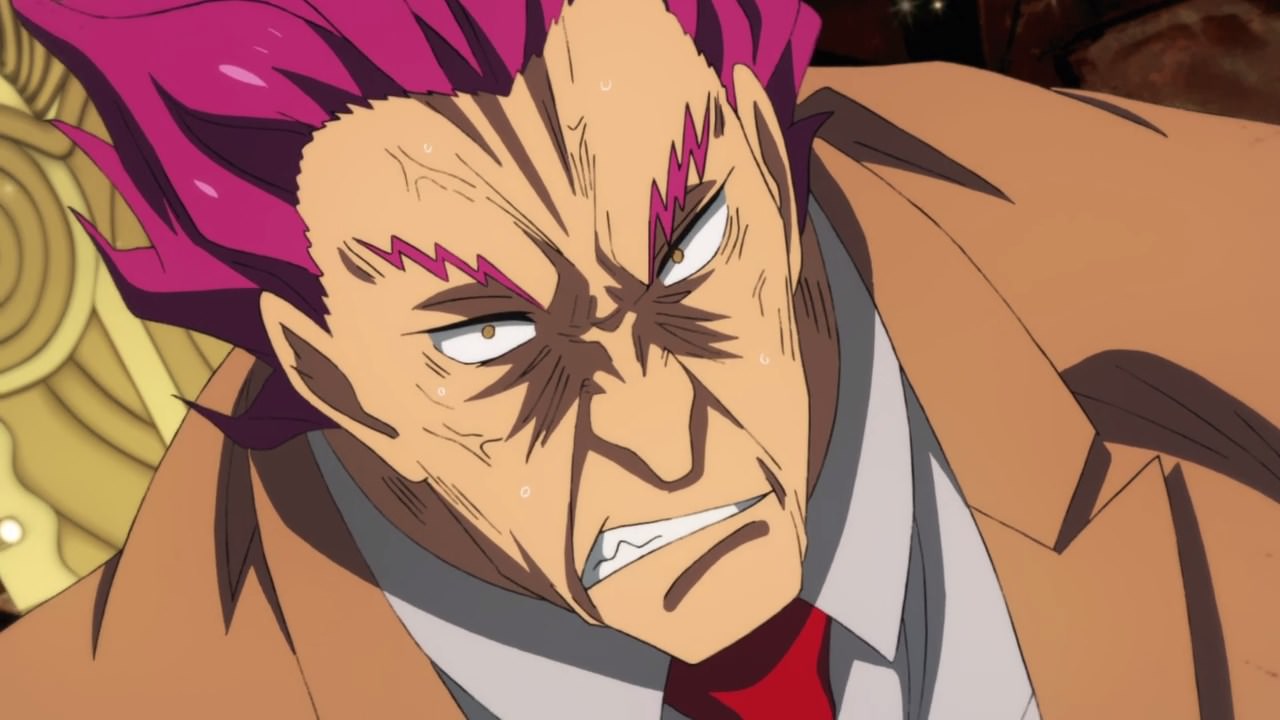 And speaking of Takashi, he doesn’t like getting defeated by a mere Nebula Soldier.

After all, he’s the most powerful person on this show and a defeat by Souya-kun is very humiliating! 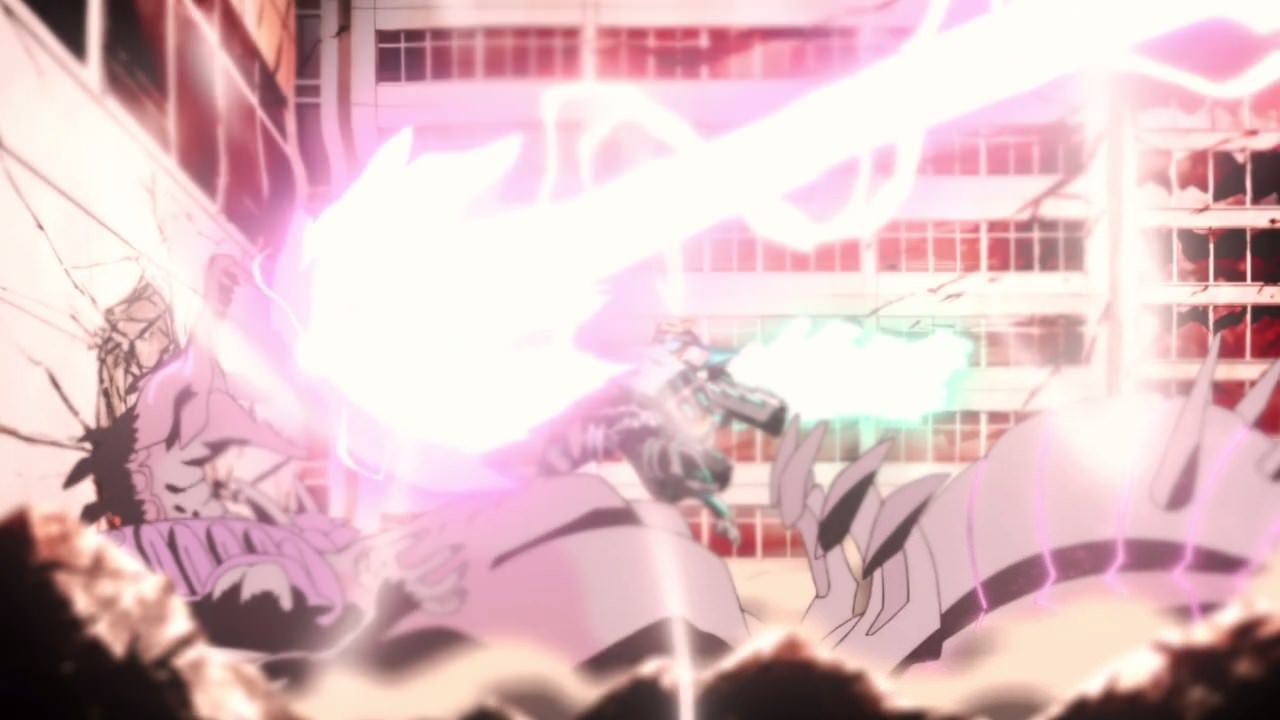 So, Takashi’s Photon Armor transforms into a dragon where it fires a powerful beam that’ll wipe out an entire city.

Good thing Souya and Ginko mustered their strength to push Sensei to its limits by deflecting the dragon’s beam attack away from the city. 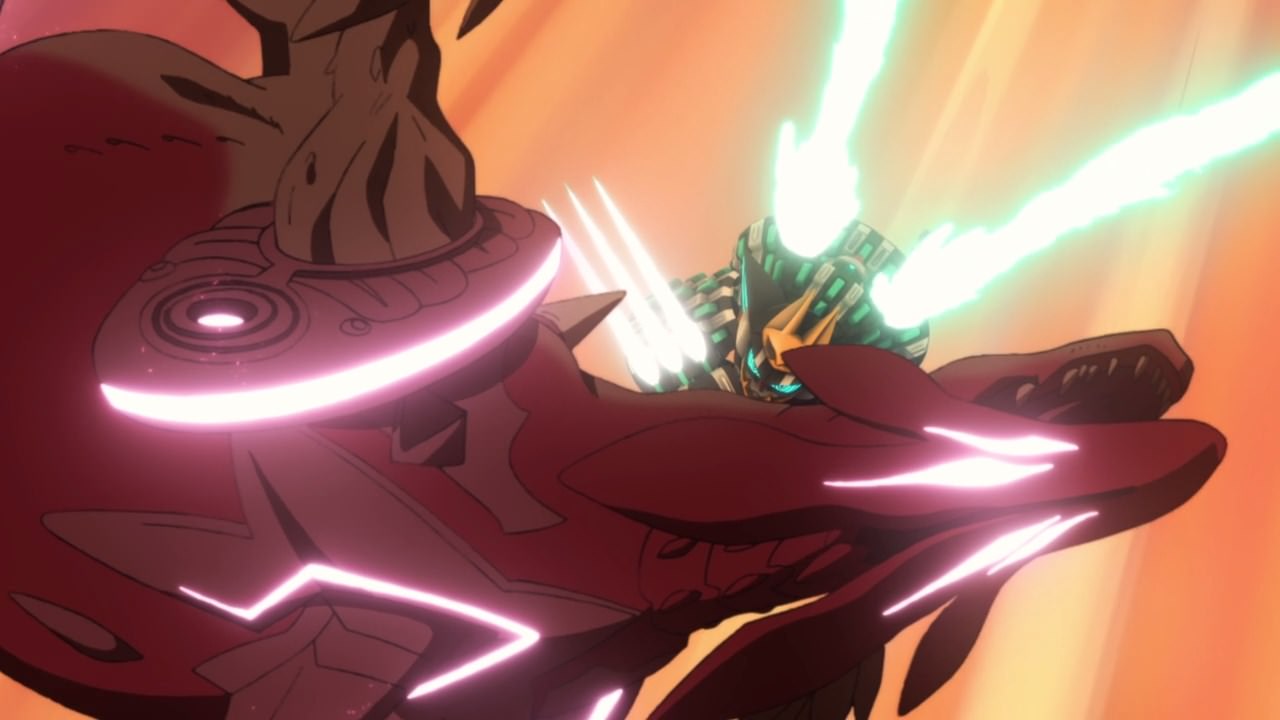 And once the dragon’s energy has been exhausted, Souya pushed Takashi’s dragon to the ground and slice it into pieces. Well, seems that the fight is over! 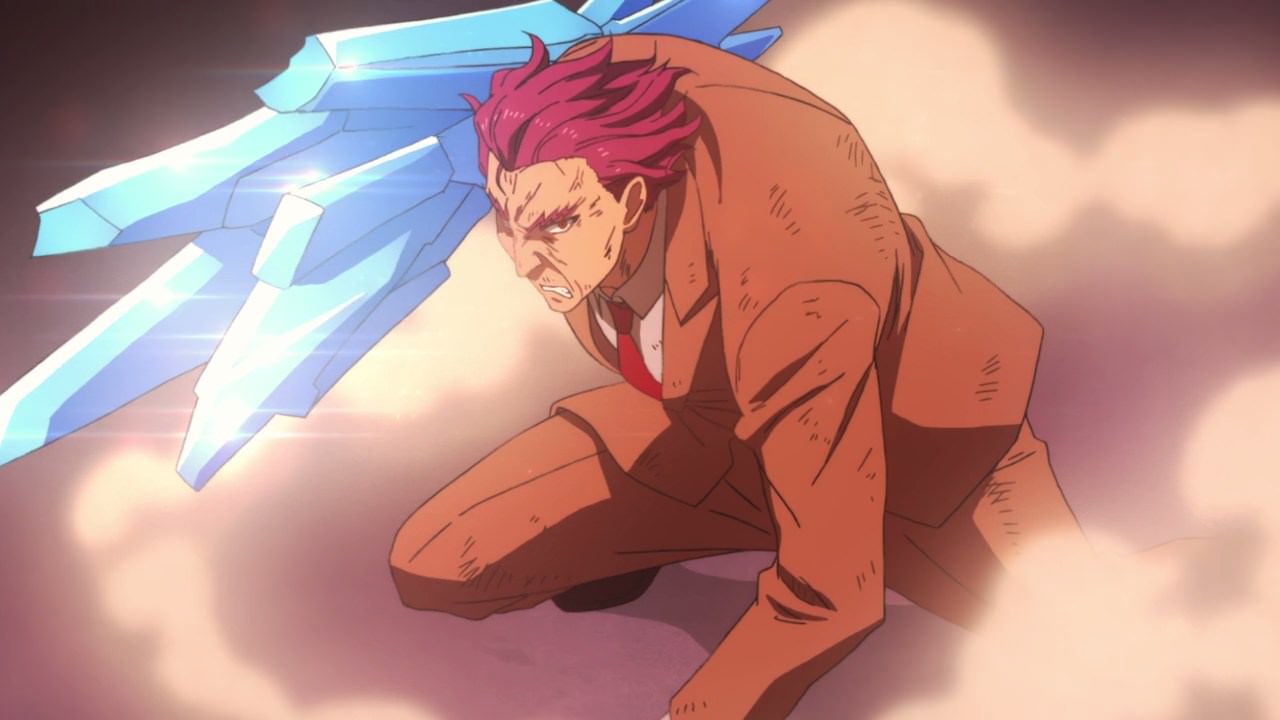 Of course, Takashi Ryuzouji won’t quit just because he lost his Photon Armor as he bulks his right arm up… 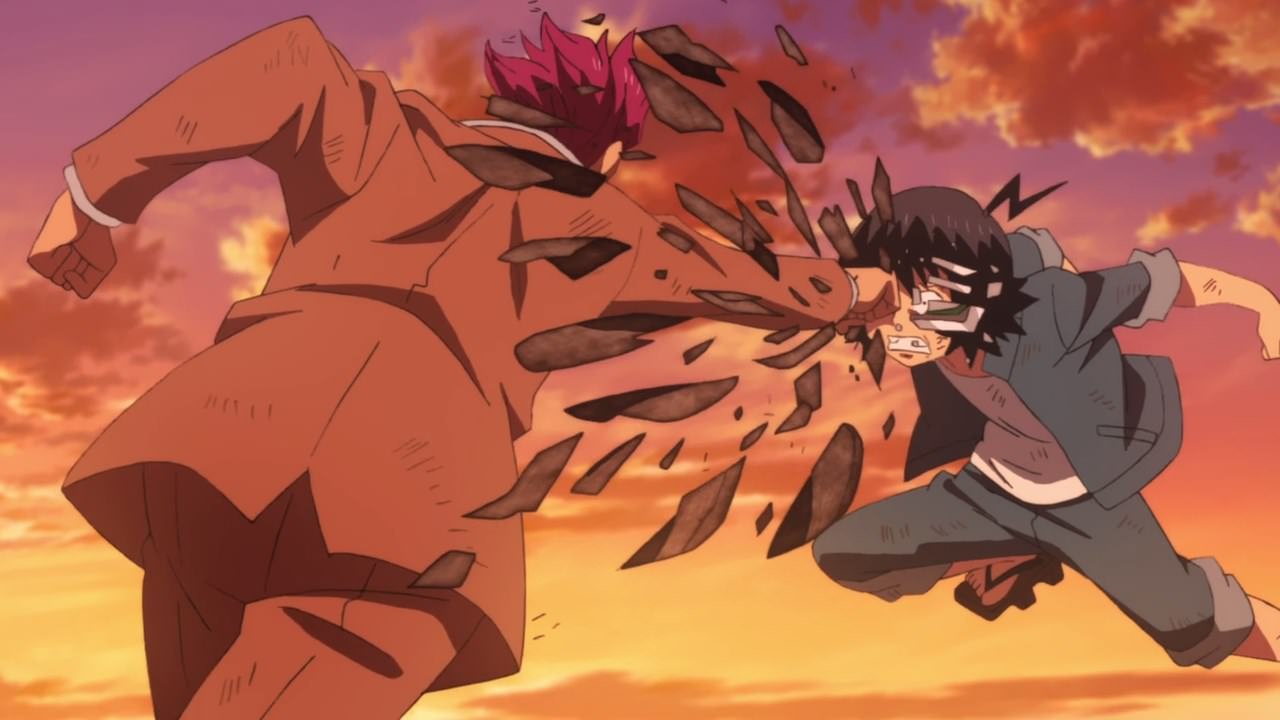 …and transform into a dragon arm which Takashi punches Souya-kun straight to the face. Damn, that’s gotta hurt!

Still, the only thing that save Souya-kun from having a broken teeth is his mask in which it shattered into pieces. 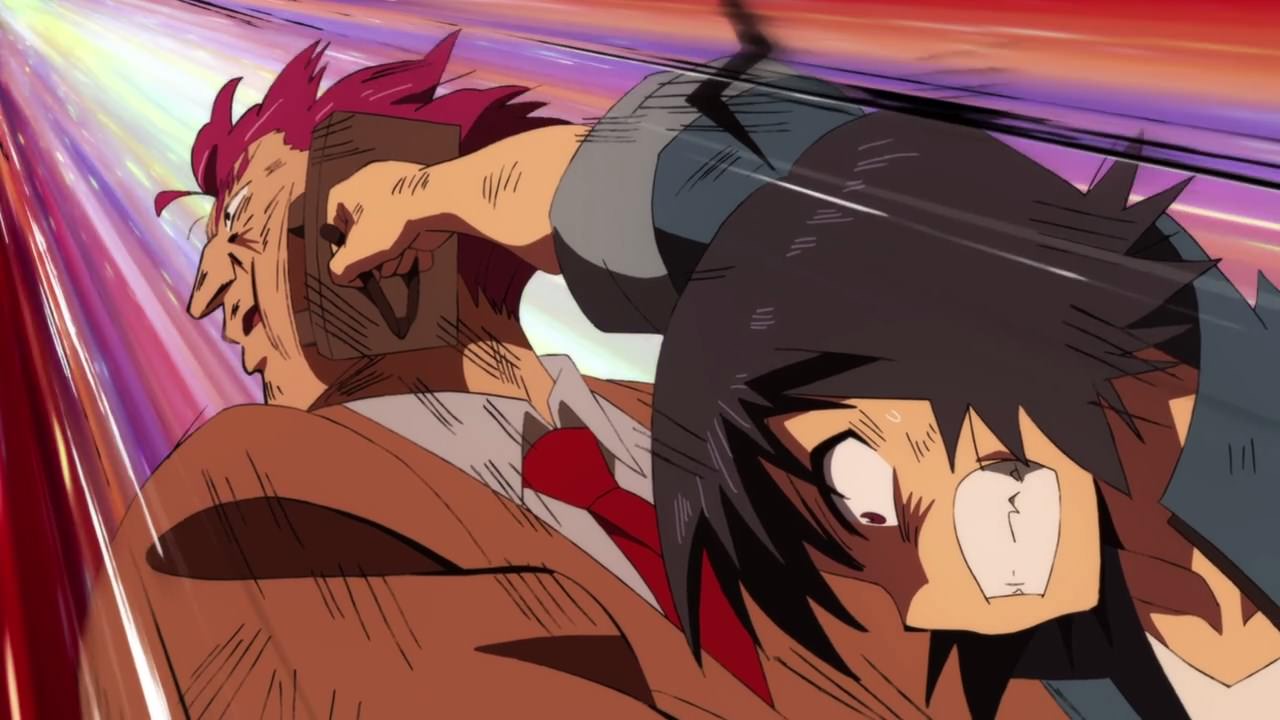 But, it’s not like Souya Kuroi will go down easily as he used one of his geta sandals as a knuckleduster against Takashi Ryuzouji. Gotta say that those clogs are useful to pummel foes to the ground! 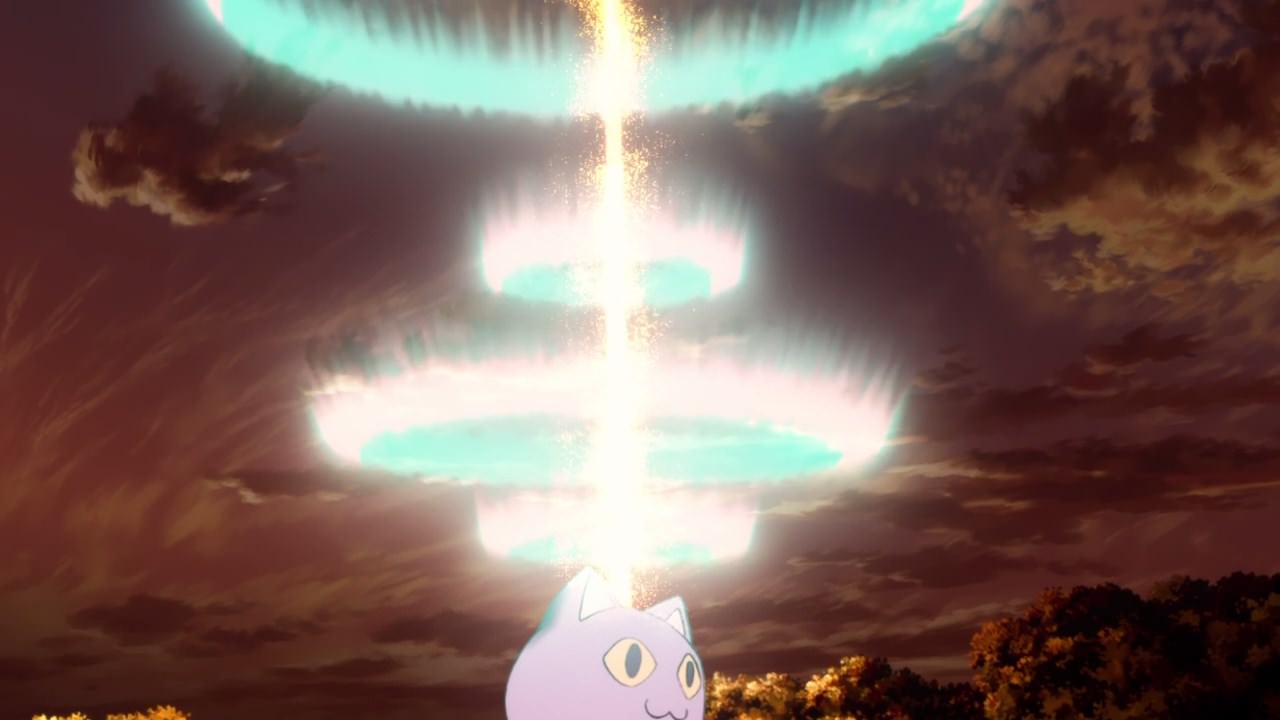 And that’s the end of the dramatic battle as Souya’s punch has shook the entire city. Oh, and we have light pillars too for a dramatic effect! 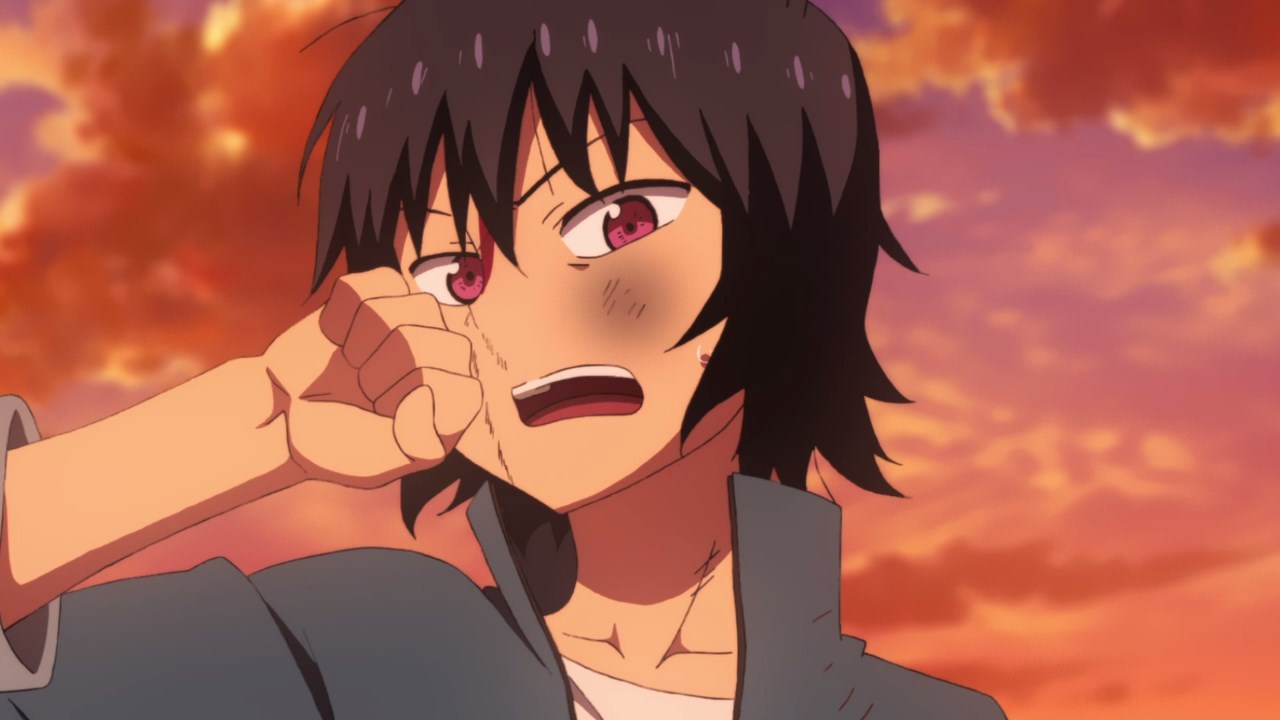 And now for some post-match banter with Souya Kuroi telling Takashi Ryuzouji that his father Takezou wants him to go back as a kind kid or something like that.

I have to say that Souya is one unreliable guy when it comes to conveying empathy, but what about Takashi? 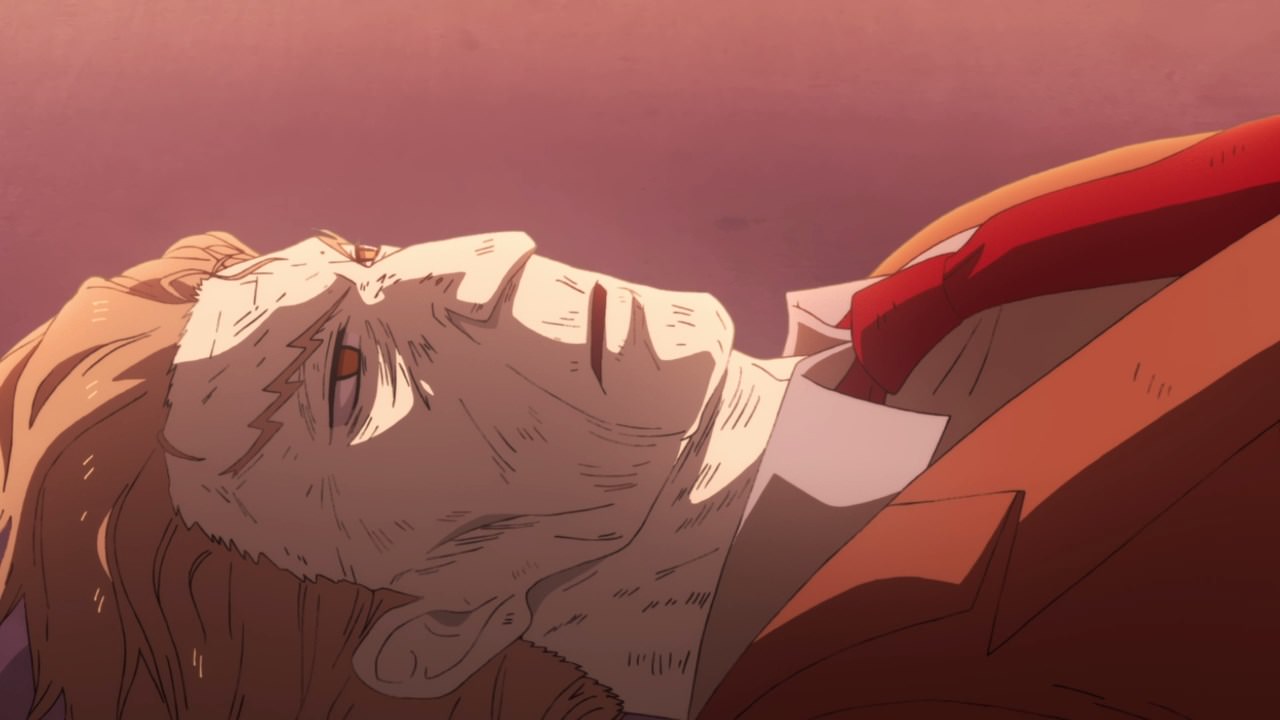 Oh, turns out that he’s become white ash after all that fighting. It’s sucks that he can have a second change to turn his life around, but Takashi Ryuzouji is dead and Takezou will be saddened by it. 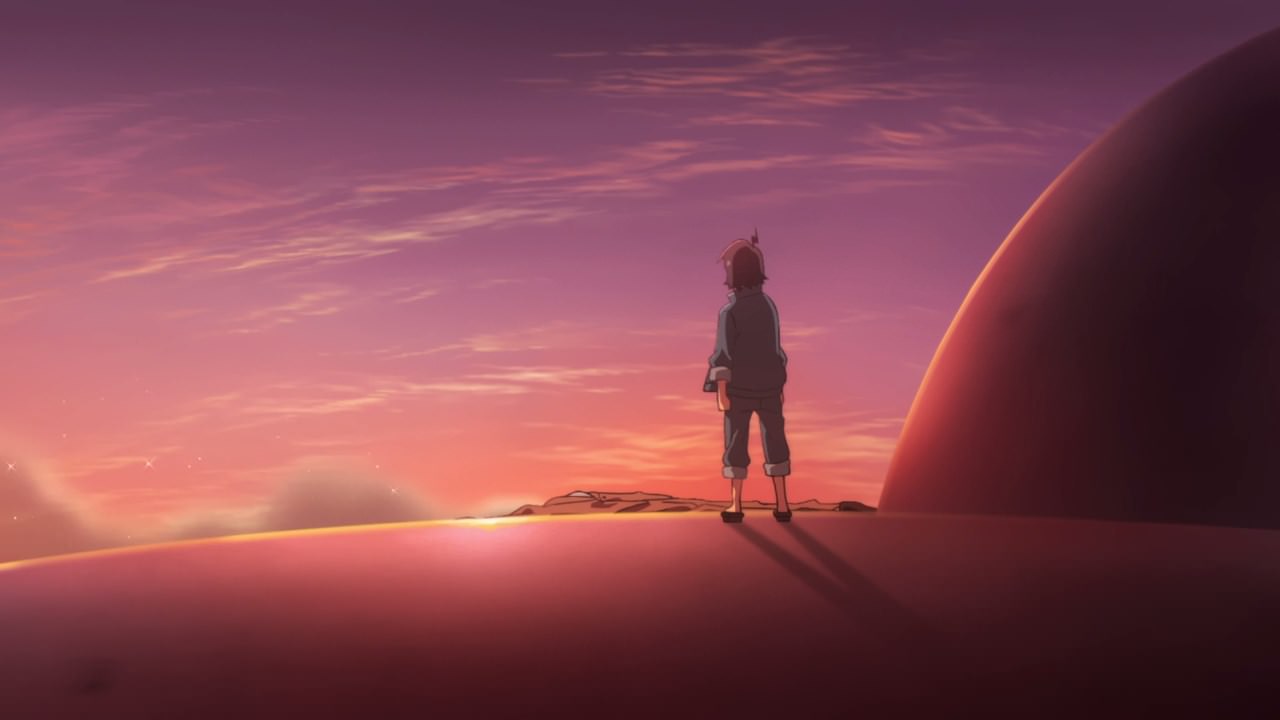 Well guys and girls, that’s the end of Planet With as Souya Kuroi stand triumphant over Takashi Ryuzouji. Sadly, we’ll never know who Takashi really is and how did he brought the dragon’s powers to Earth as the leader of Grand Paladin is dead. And seriously, this feels like an ending to this series if you think about it!

Then again, Planet With has reached the halfway point, which means that there’s more to come on the next episode as Souya must find answers on why the Siriusian technology was brought to Earth in the first place. And also, there’s another villain that’ll take over Grand Paladin for world domination.

2 Responses to Planet With Episode #06