Free! Dive to the Future Episode #06 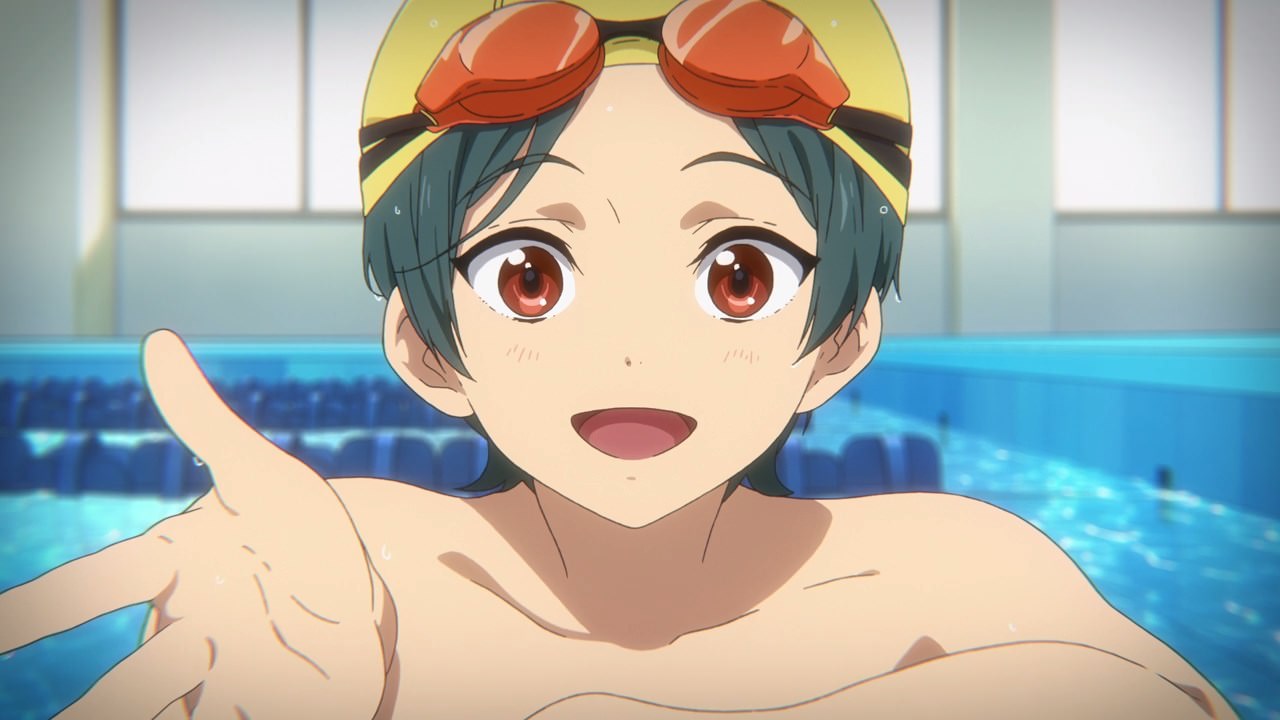 This is quite interesting as Hiyori Toono met Ikuya Kirishima back when they’re kids. Yes, they didn’t just became friends in America in the first place! 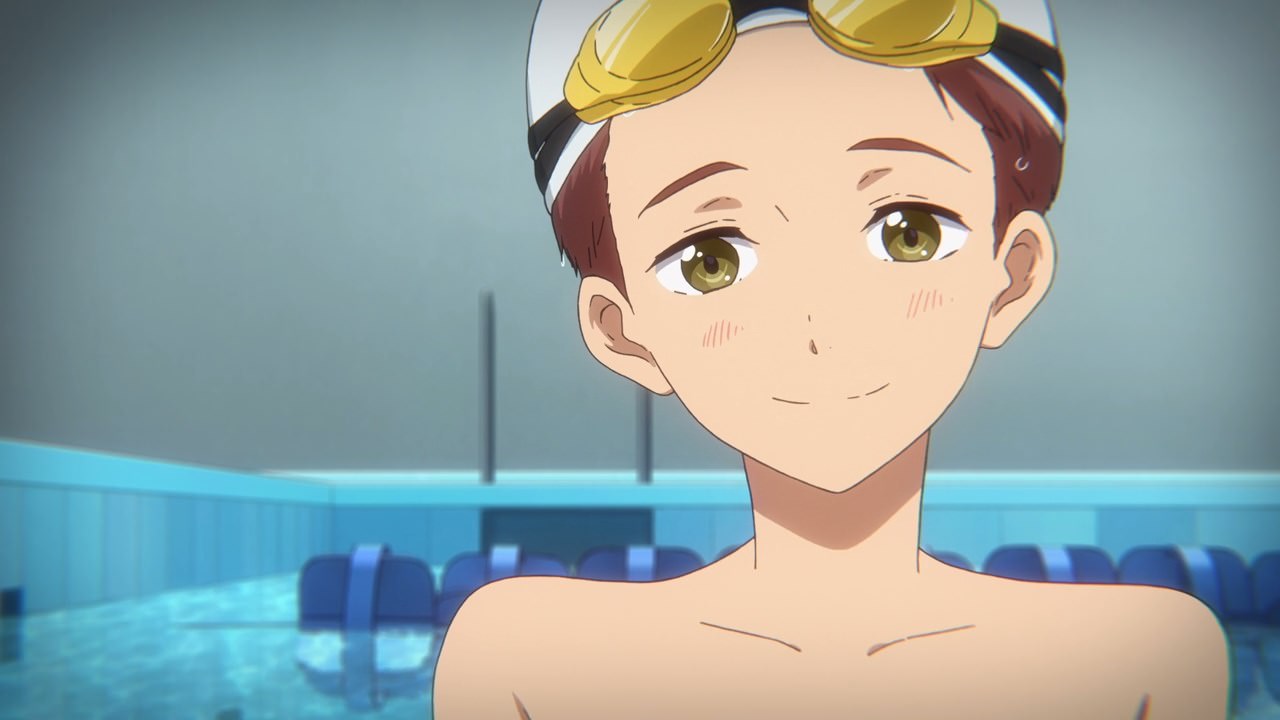 But wait, there’s more as the reason why Hiyori is overprotective (and clingy) towards Ikuya is because he’s quite lonely. In fact, he spends most of his childhood days playing alone. Still, Hiyori shouldn’t claim Ikuya by himself! 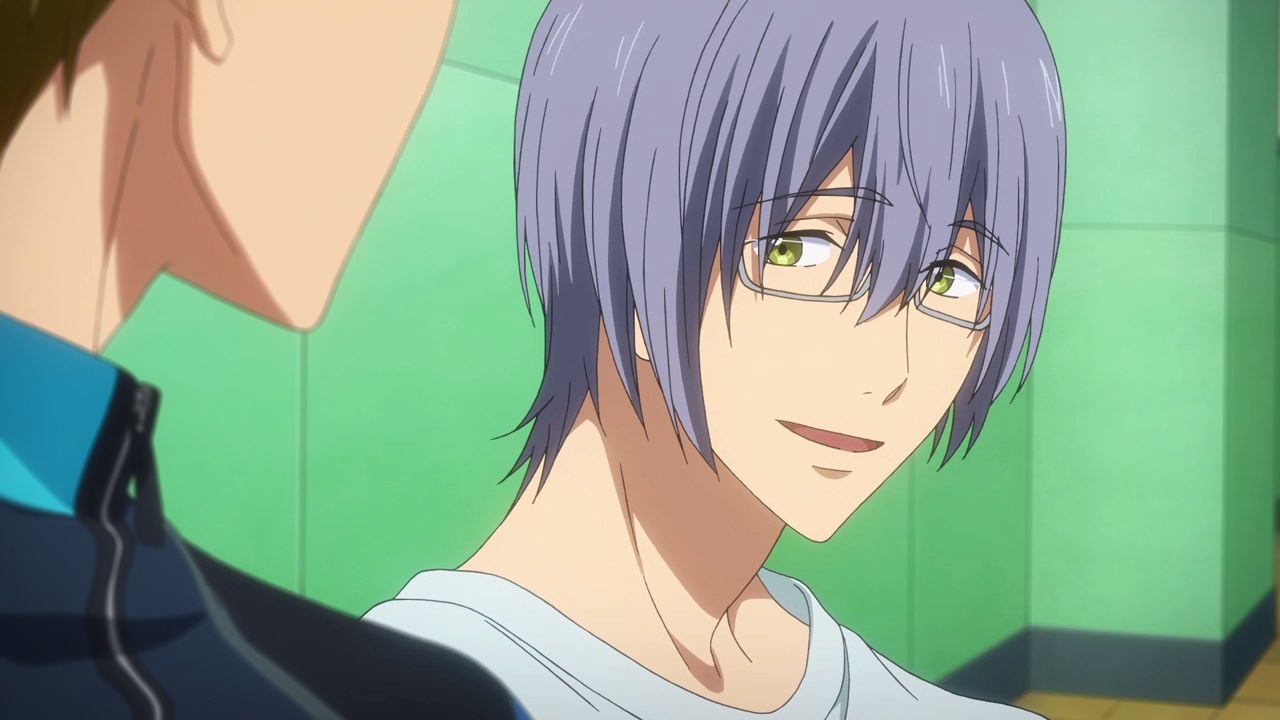 Now then, let’s move onto the present where I introduce you to Nao Serizawa, a former member of Iwatobi Middle School’s Swim Club.

Unlike the brash Natsuya Kirishima, Nao-sempai is calm and analytical. However, he’s no longer swimming competitively as Serizawa is focusing his studies in sports medicine, which he’ll help other athletes in the pursuit of competing at the worldwide stage. 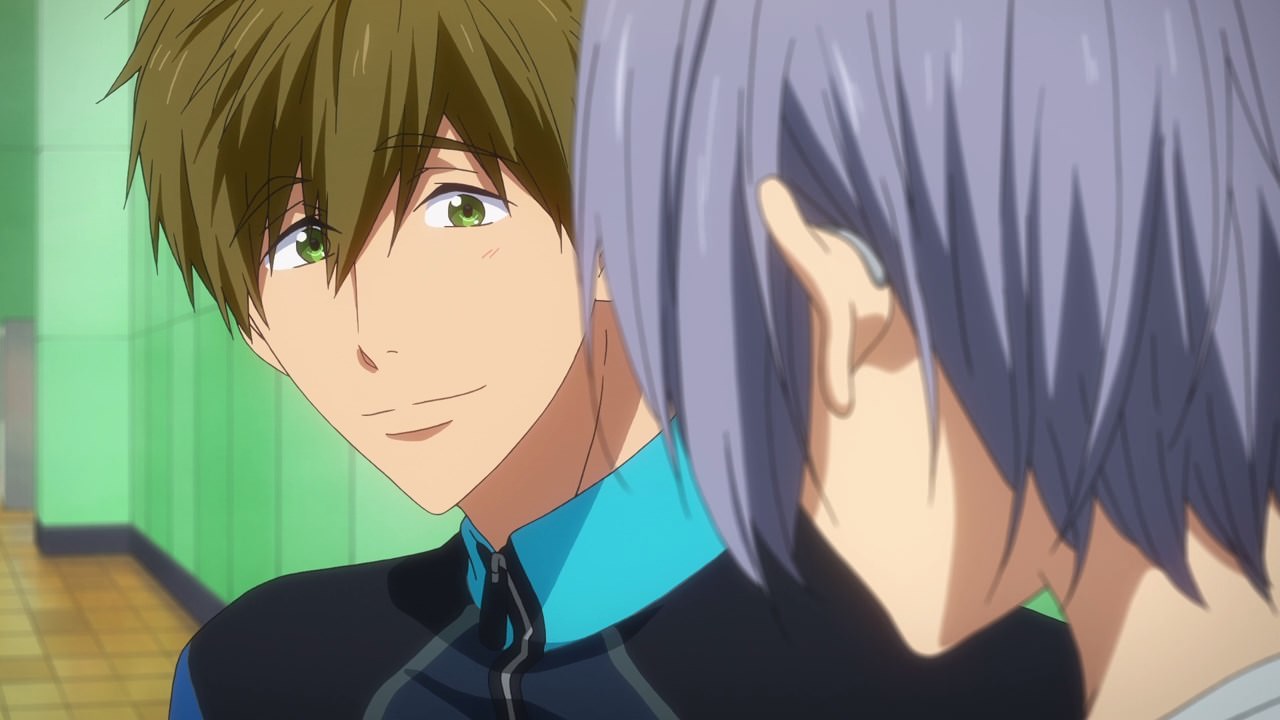 Oh yeah, Nao-sempai is speaking to Makoto Tachibana where he’s delighted to see him again after graduating from middle school (and the club’s dissolution).

Of course, Makoto is no longer swimming as he’s studying sports education and doing a part-time job as a coach at a local swimming facility. C’mon, Makoto is doing it for his studies! 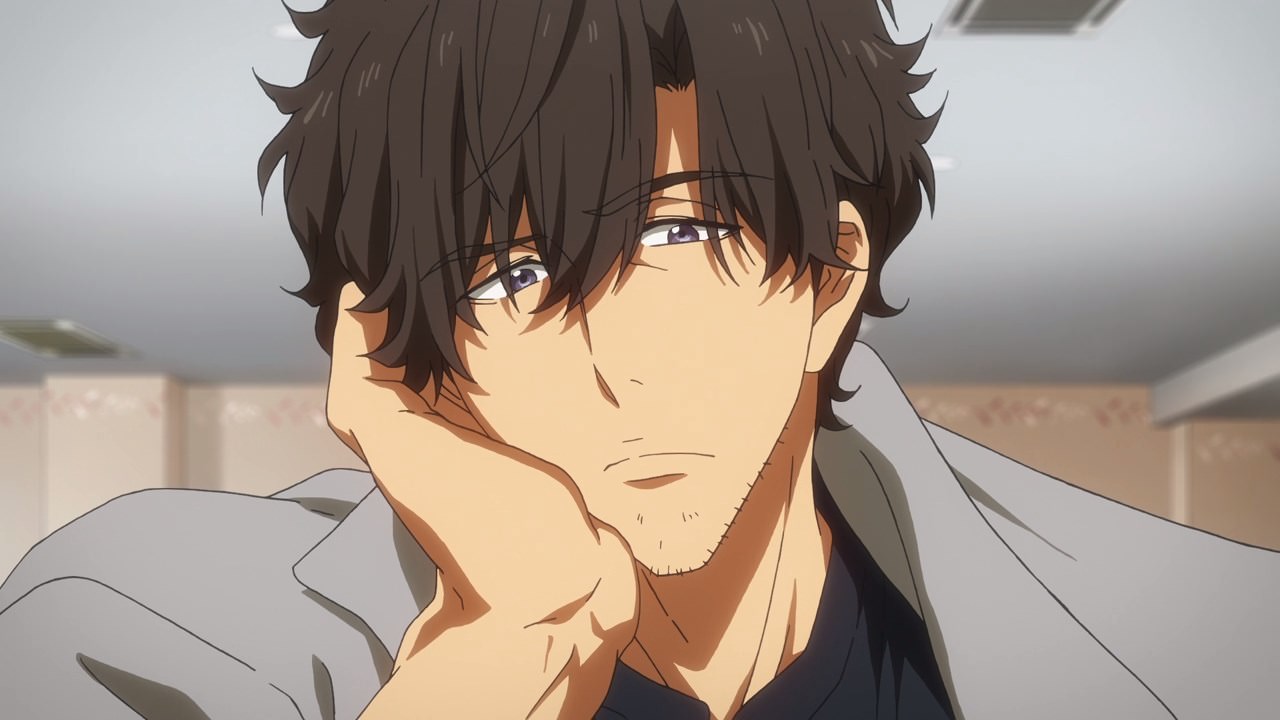 Meanwhile, let’s introduce another character named Ryuuji who wanders around Hidaka University’s cafeteria, telling other students to try foods that he recommended. Yes, Ryuuji is a food blogger. 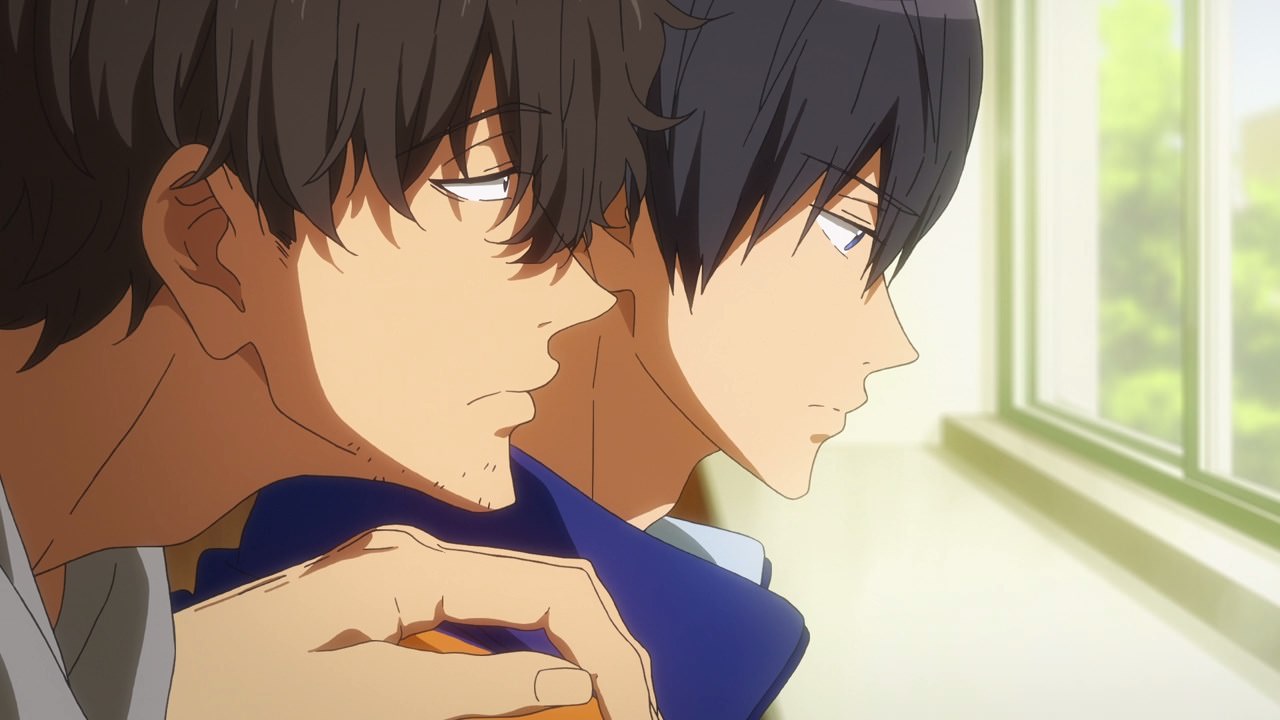 Also, Ryuuji is somewhat interested towards Haruka Nanase where he ask Haruka if he’ll only swim freestyle for the rest of his life. Turns out that Ryuuji is a famous swimmer who is one of the best at the time, beating the likes of Mikhail and countless others.

Sadly, he’s no longer competing as Ryuuji is focused on trying out various foods and recommending them in his blog. Then again, Ryuuji might train Haruka in various strokes other than freestyle if he wants to beat Ikuya in the individual medley. 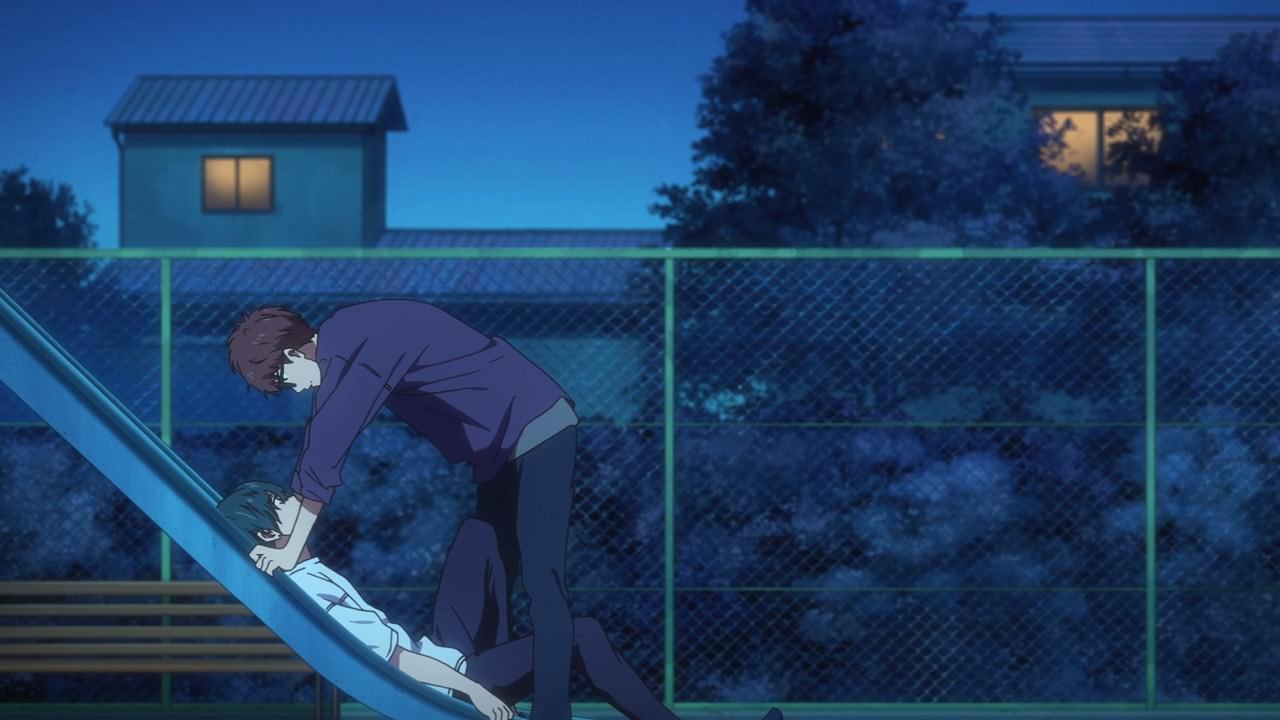 Lastly, it’s time to go back to Hiyori Toono where he told Ikuya Kirishima to forget about Haruka Nanase. After all, Hiyori is worried that the past haunts Ikuya which affects his performance. 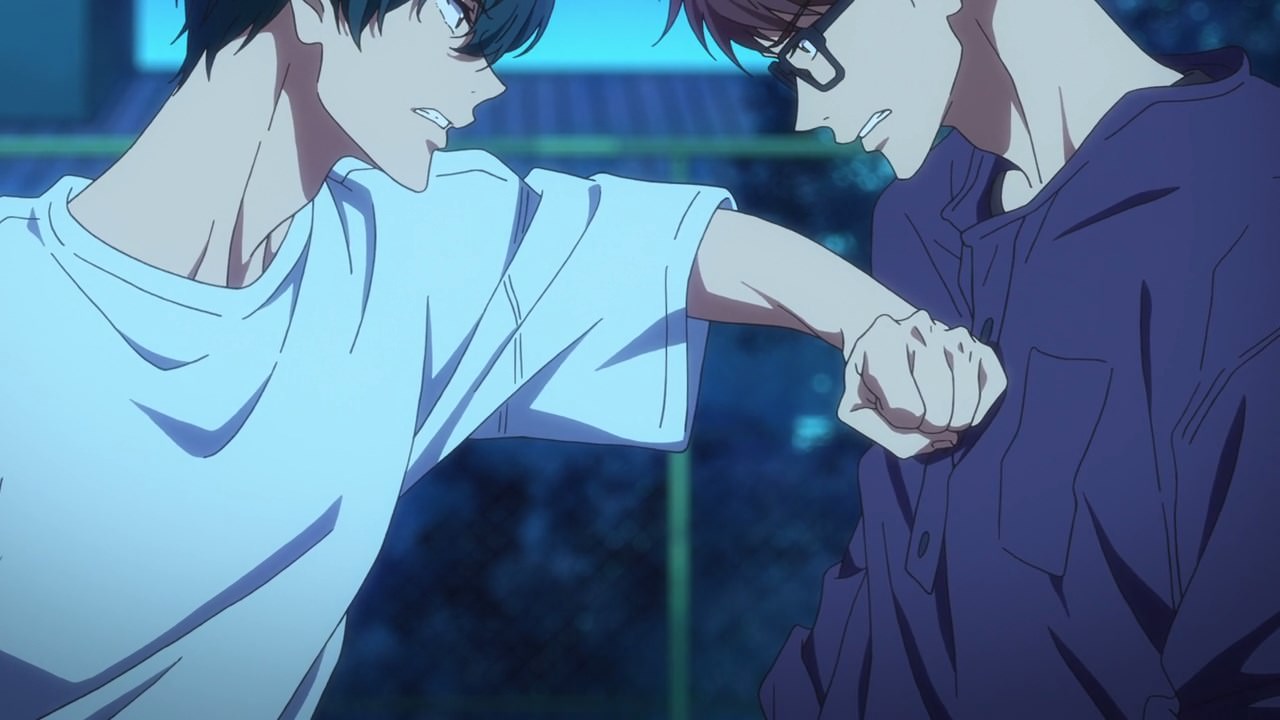 Of course, it’s not easy to forget Haruka as Ikuya buzz Hiyori off. Gotta love how Ikuya told Hiyori not to meddle on his personal life. And really, the emotional scars still lingers inside of him no matter how Ikuya tries to forget about his middle school friends.

In any case, let’s wait and see on the next episode as I believe that Ryuuji will personally train Haruka Nanase in order to be the best in the world. C’mon, he needs to compete with the likes of Rin Matsuoka in the future!