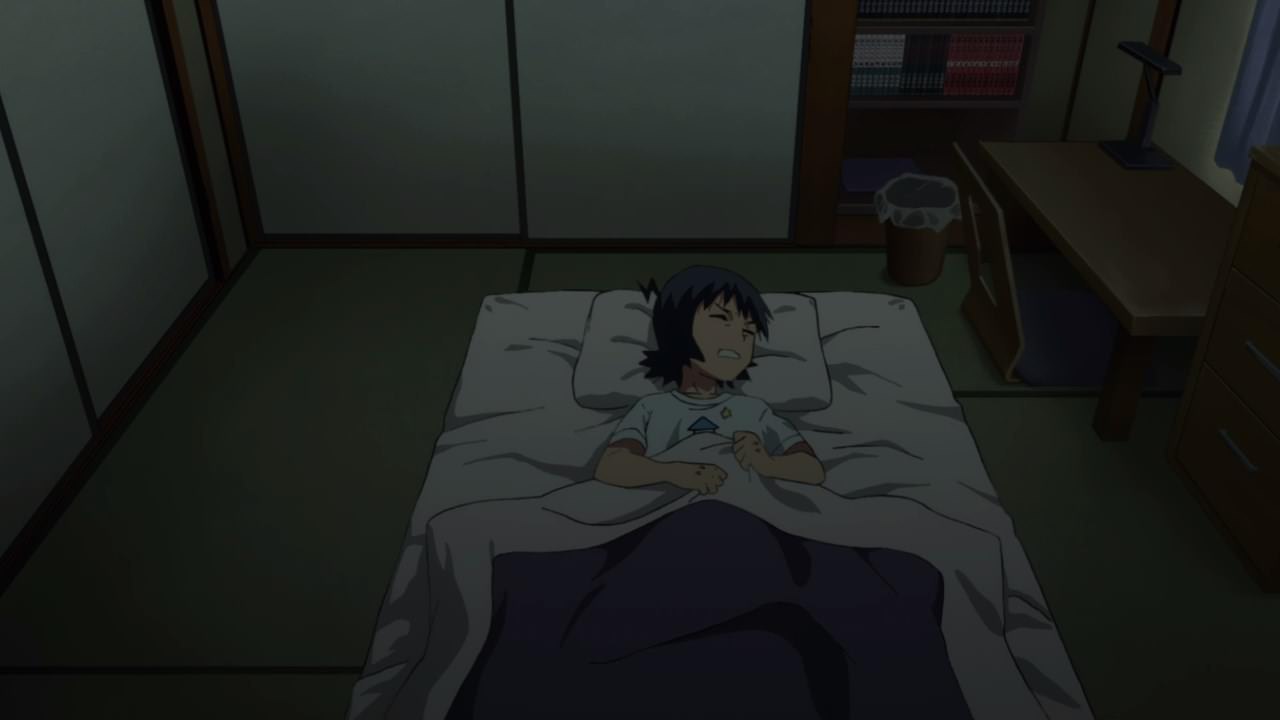 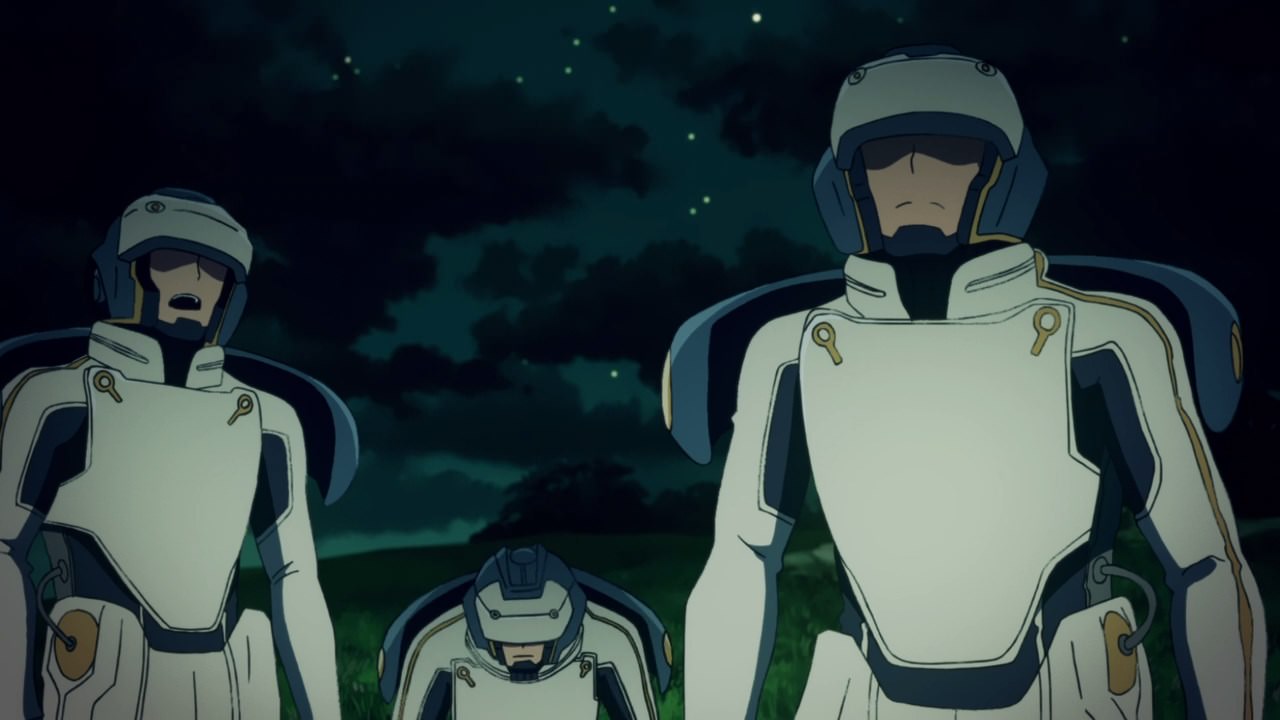 You see these guys in suits? They’re from the planet Sirius as it turns out that they’re actually bad people, using their psychic powers to conquer other planets!

Come to think of it, the Siriusians are somewhat similar to the Saiyans from Dragon Ball. Just kidding, let’s not compared to these human aliens to the Saiyan race as their power levels are different. Dammit, why I’m comparing Planet With to Akira Toriyama’s famous work? 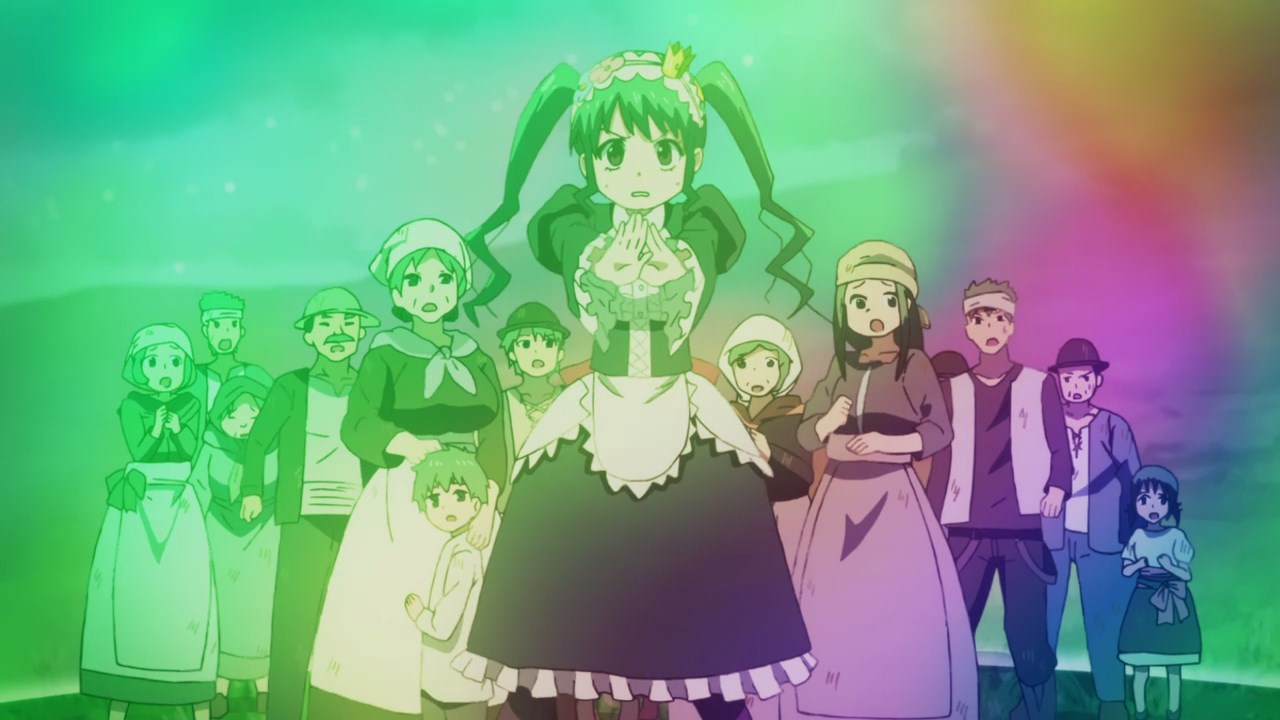 Anyways, here’s Ginko and it turns out that she’s the princess of the planet Riel. Said planet is about to be conquered by the Siriusians because they want to assert their dominance across the galaxy! 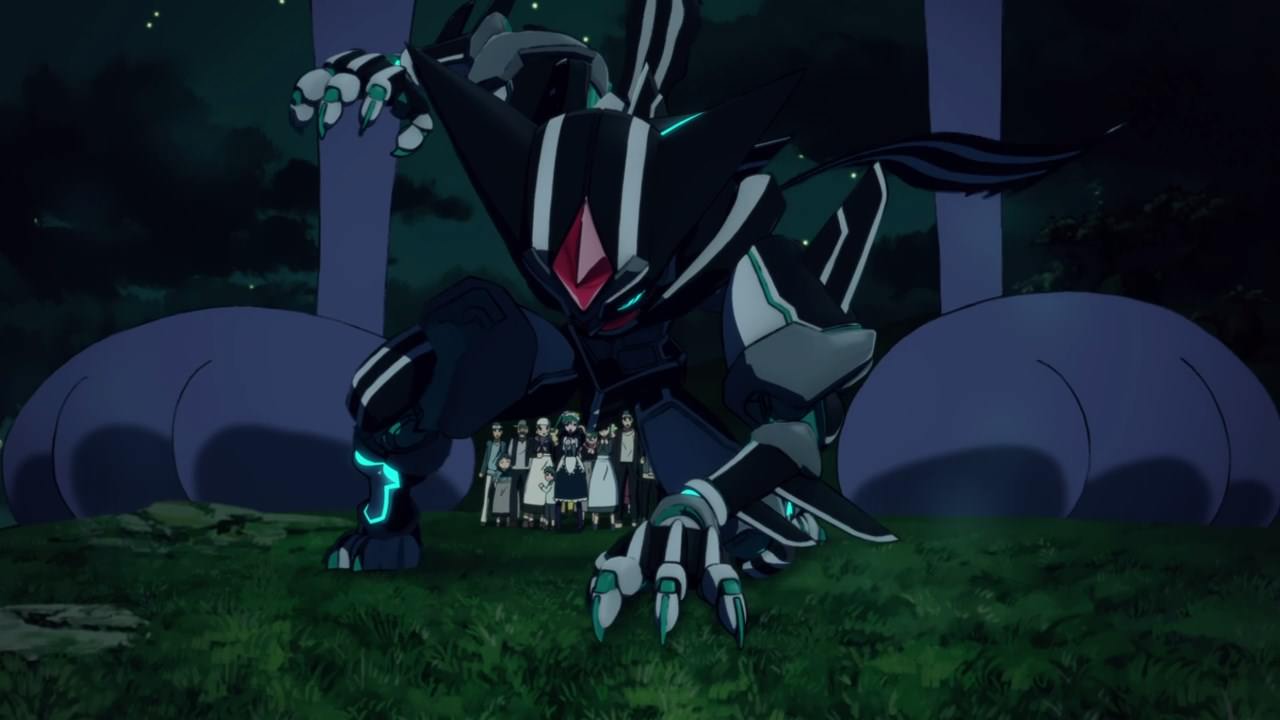 But then, the Siriusians’ attacks are halted when a Nebula Soldier arrived to rescue the princess and her people from becoming slaves.

This is Sensei by the way and it’s his duty to protect anyone from evil forces and to ensure that extraterrestrial beings will evolve and coexists with other races. 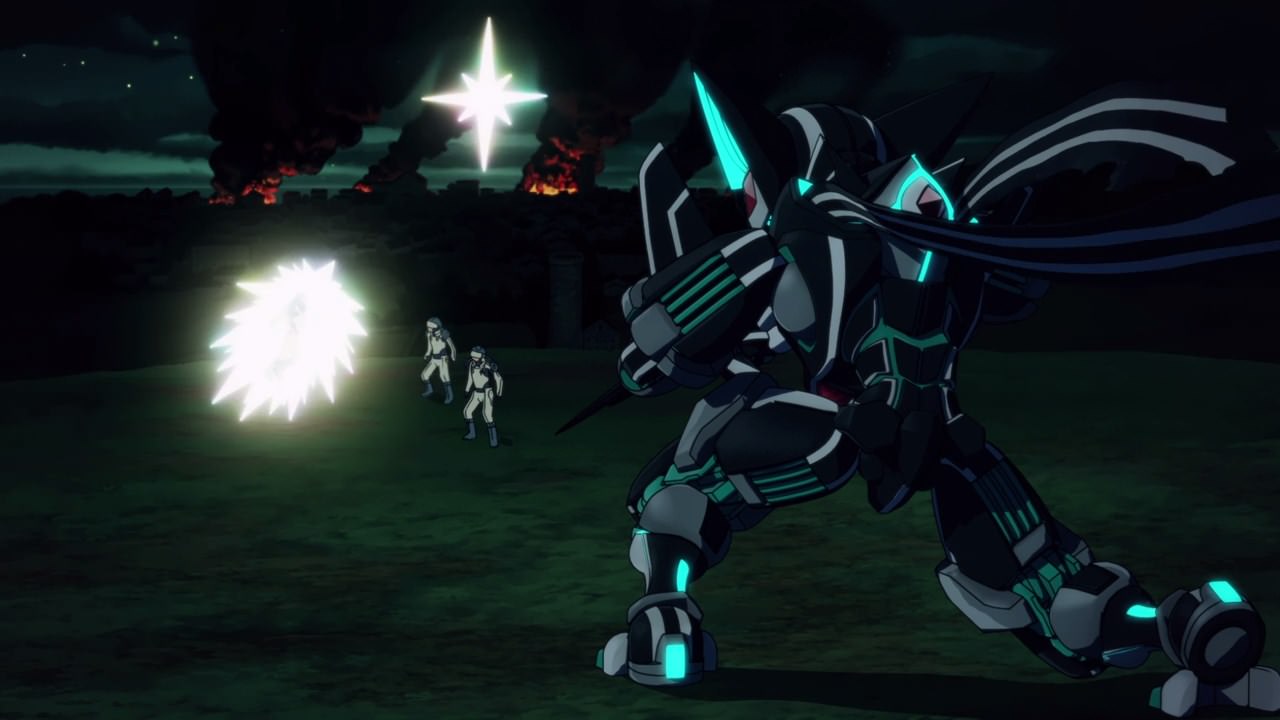 As for the Siriusians, they fled the scene as they’re scared of Sensei. Actuary, the Siriusians found out that their homeland is being attacked and thus they returned to their home planet.

Yeah, I have a bad feeling that someone is destroying the planet Sirius. 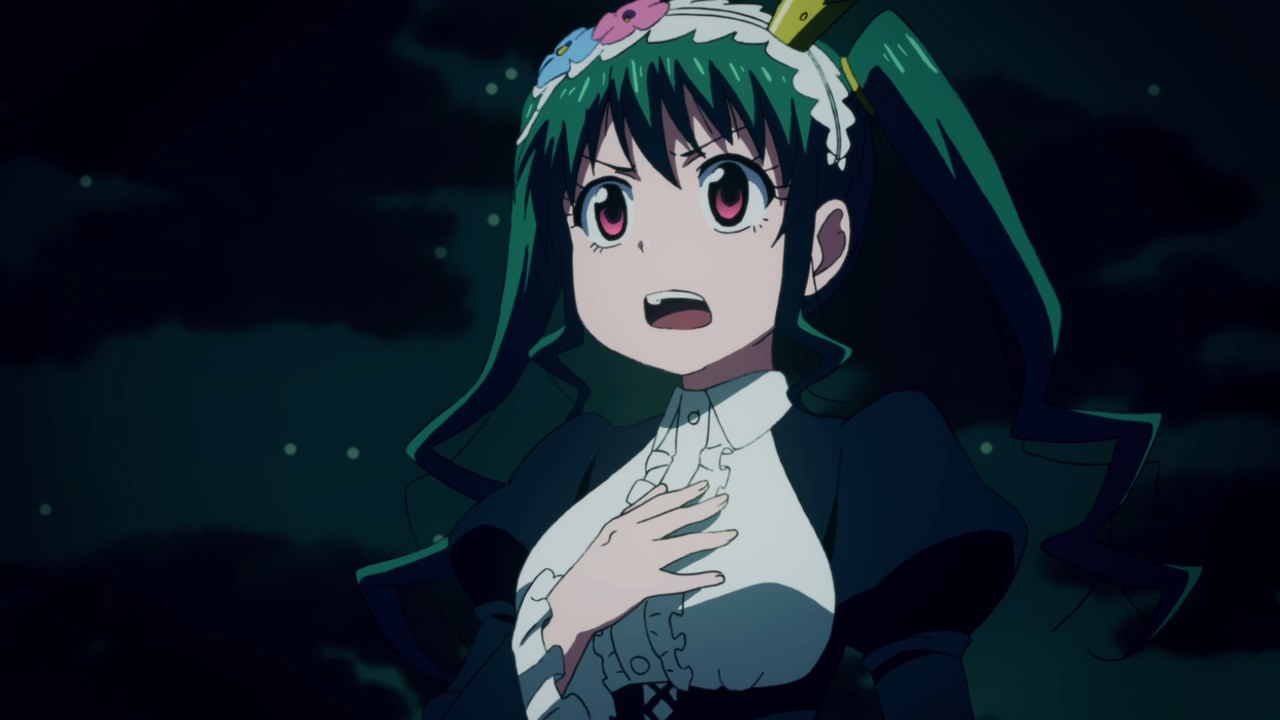 With that said, the princess of Riel asked Sensei to join him on going to Sirius. Sure that they’re the ones who invaded the planet, but she doesn’t want Sirius and its inhabitants getting destroy. 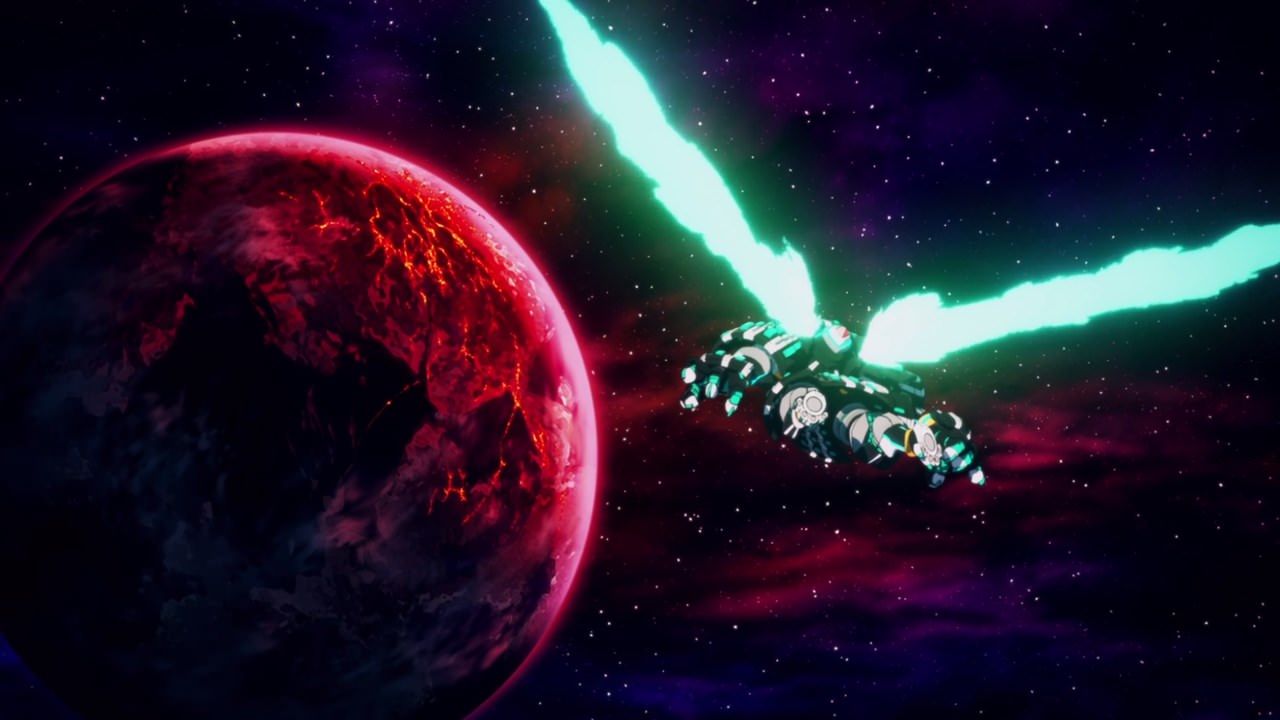 And so, they went to Sirius but unfortunately for Ginko and Sensei, it appears that the planet is close to being decimated. 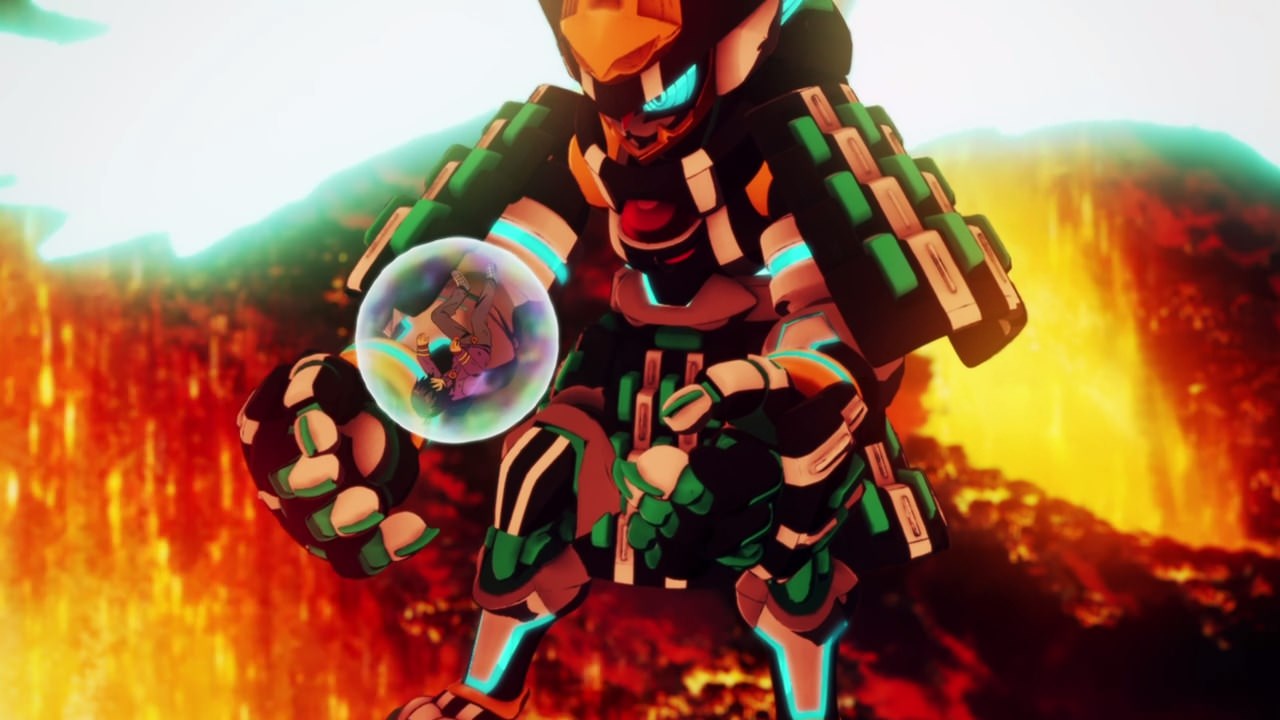 Fortunately, they rescued one survivor who happened to be the main character for this anime. Now then, who’s responsible for destroying Sirius? 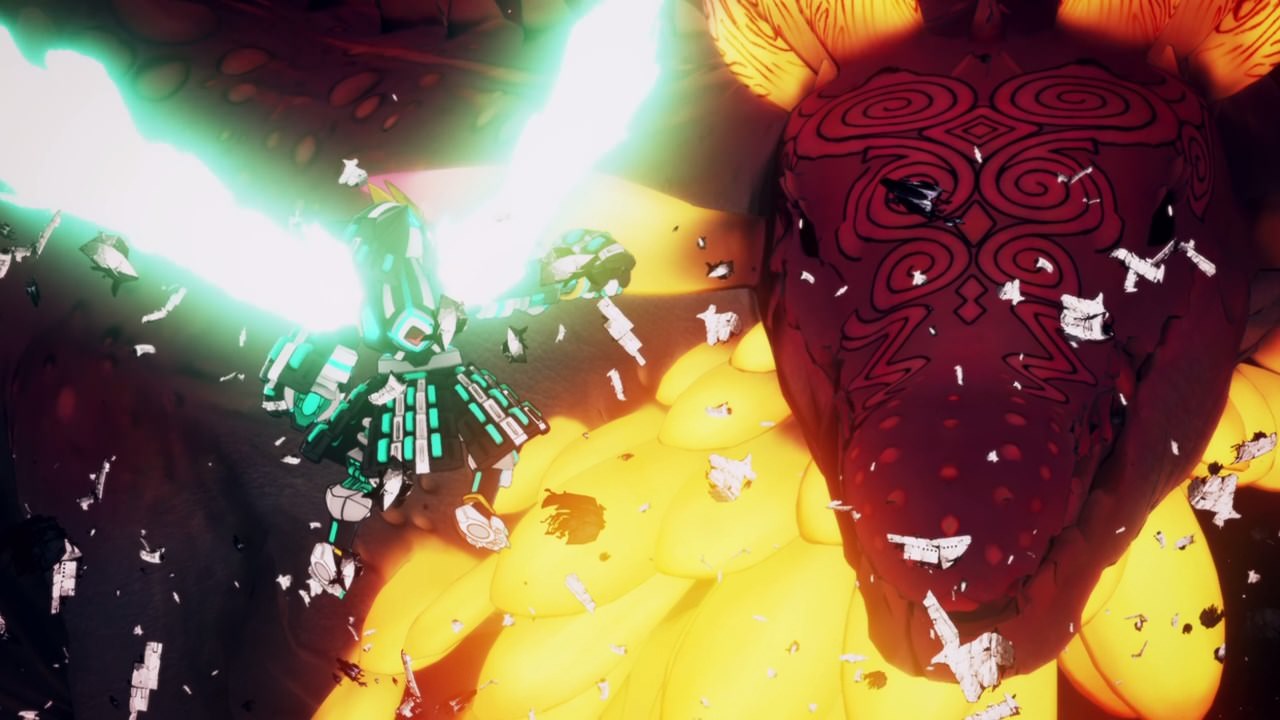 Turns out, this dragon is the one who actually destroyed Sirius believe it or not. Anyways, the reason why the dragon attacked Sirius as it wants to enact justice on the Siriusians for invading other planets. Come to think of it, the dragon’s voice is similar to Takashi Ryuzouji.

But anyways, Sensei told the dragon that he shouldn’t destroy the Siriusians as Nebula can help them change their ways instead of going to a destructive path. Of course, the dragon refused to do so because to him, the Siriusians deserved death for their tyranny. 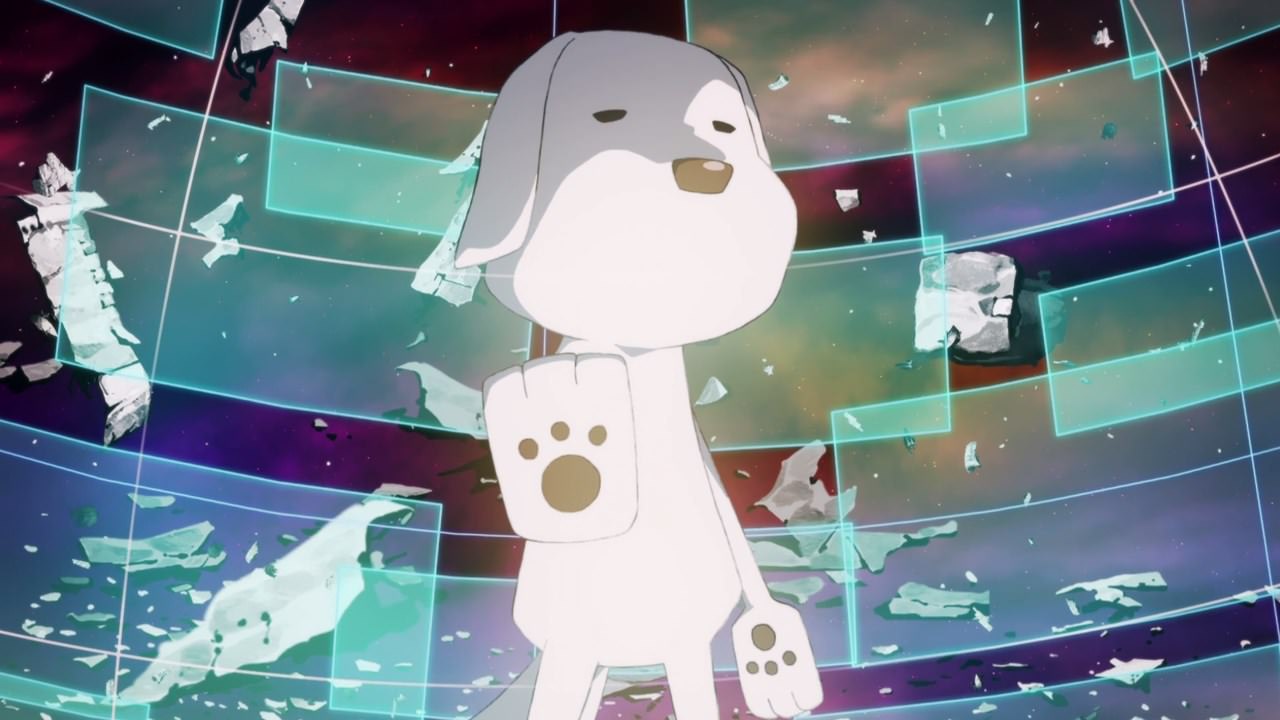 And speaking of Nebula, His Excellency and his colleagues have arrived to execute the dragon for destroying a planet.

No second chances for the dragon to turn over a new leaf and really, the Generalissimo shouldn’t just conveniently put this dragon to death. 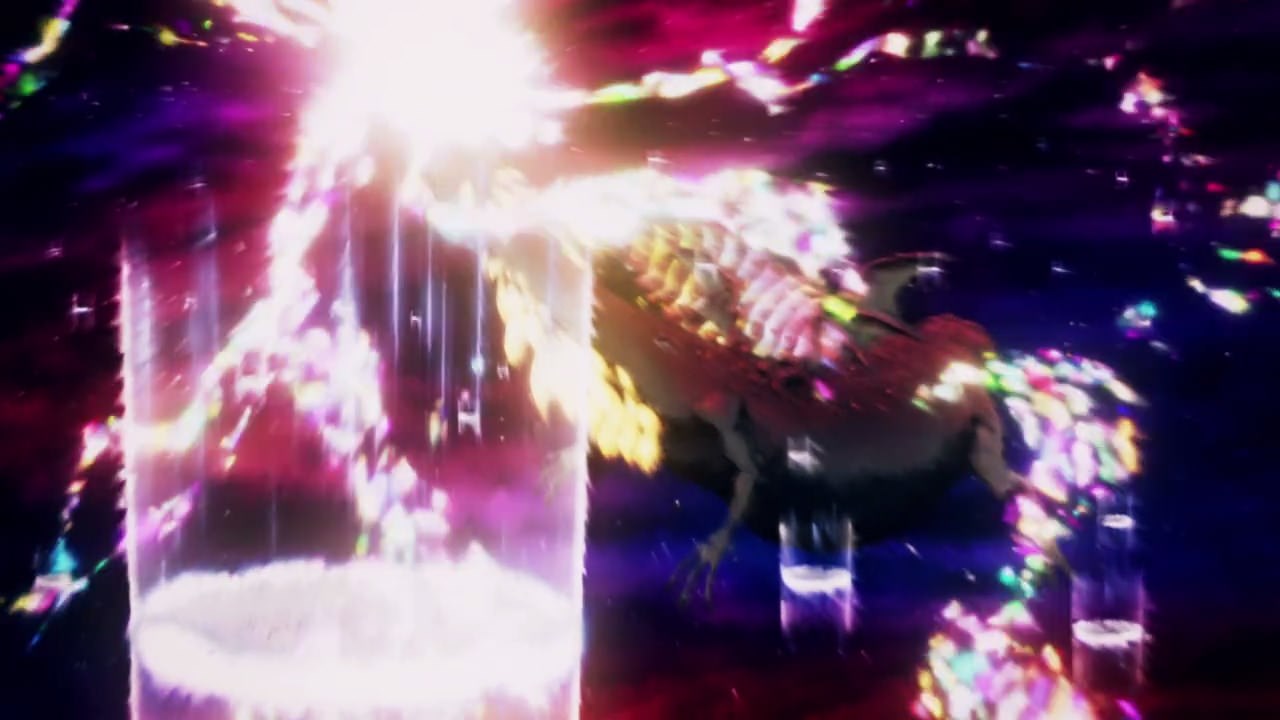 Anyways, the dragon got killed as His Excellency ordered his men to kill it until the dragon can no longer move. And because of this, Sensei has the biggest regret in his life which is failing to save both Sirius and the dragon.

Of course, the dragon’s legacy will return when humans got a hold of it. Now if this is true, the dragon reincarnated itself into a human named Takashi Ryuzouji, which is responsible for granting ordinary humans with superpowers. So yeah, the dragon destroyed a war-mongering race and then its reincarnated self morphed the earthlings into said war-mongering beings. 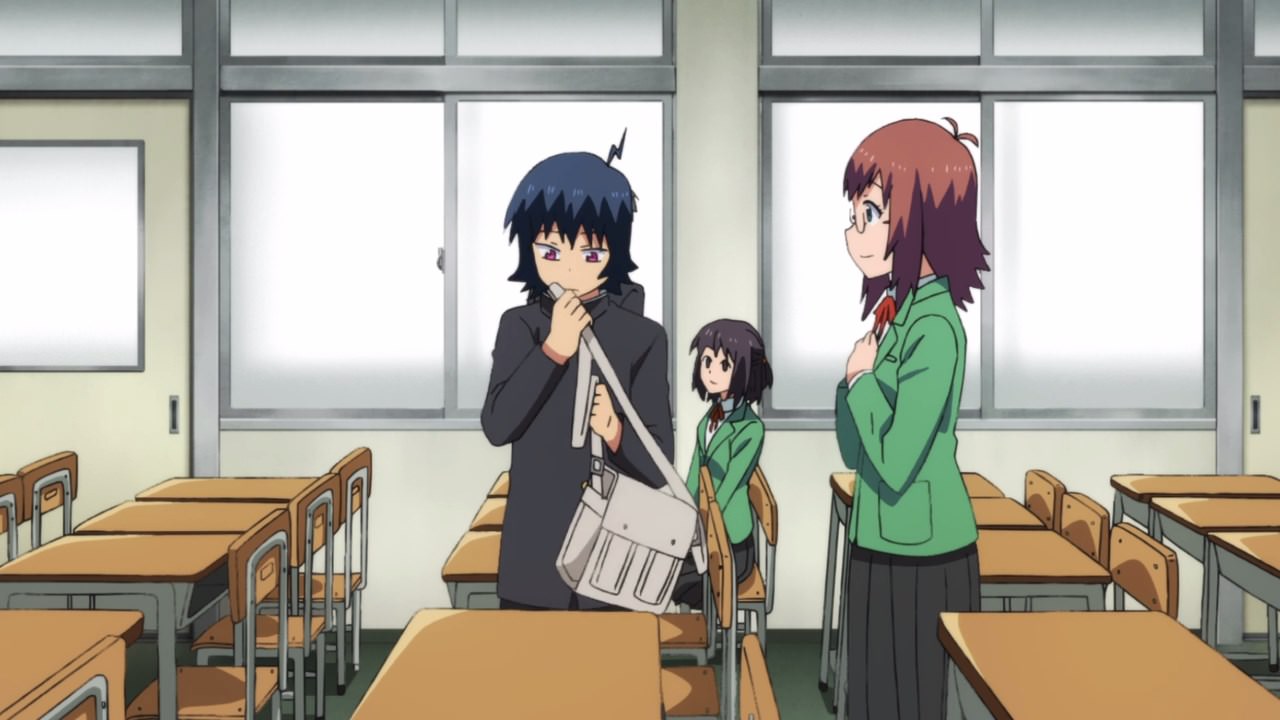 And now, let’s move onto the present where Souya Kuroi returns to his normal life after that intense battle against Takashi Ryuzouji.

Then again, the school feels somewhat empty as most of the students left town because they don’t want to get caught in some man-made disaster. Fortunately, he still has Nozomi Takamagahara on his side but the school is no longer lively as it used to be. 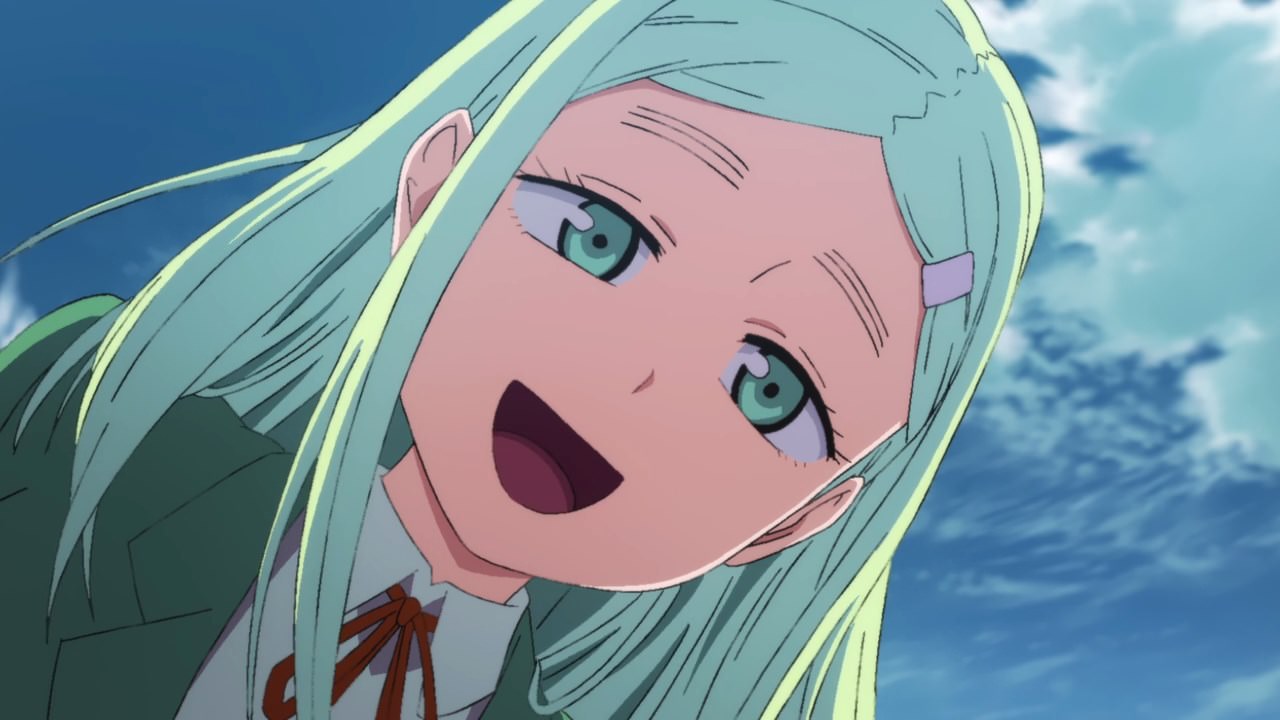 Meanwhile, there’s a new student that was transferred today as she asks Souya-kun for a tour around the school. 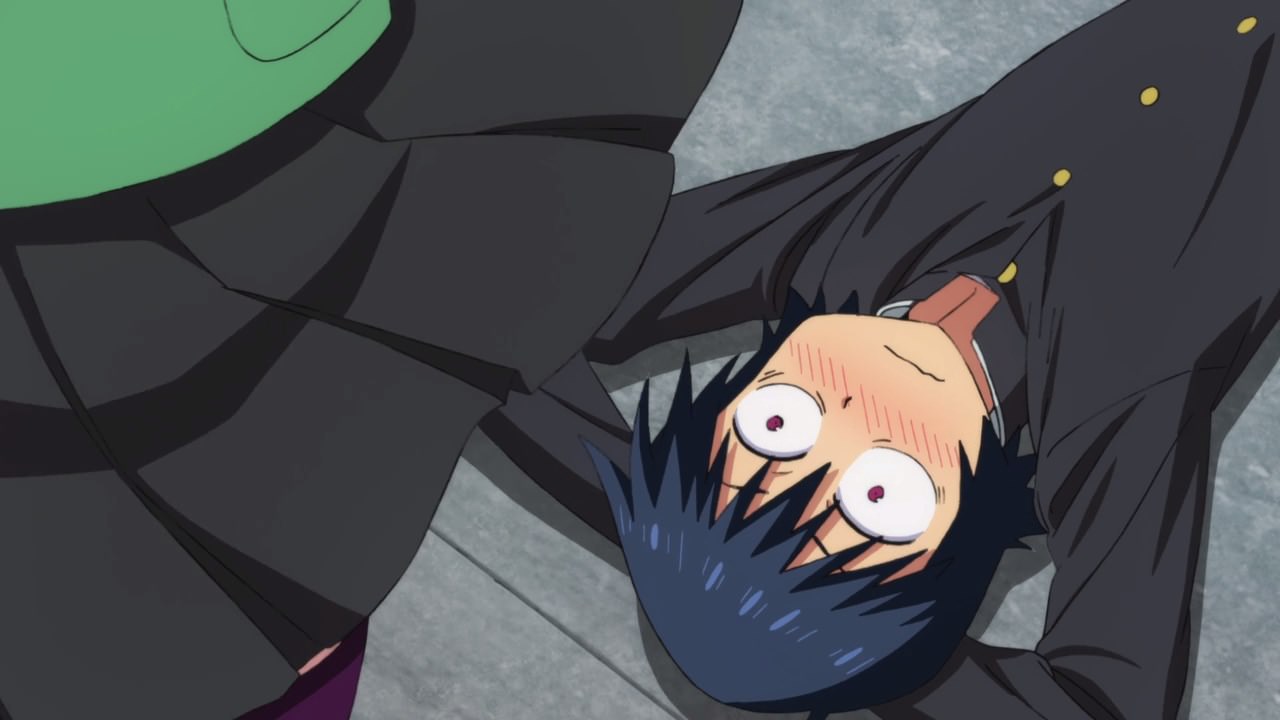 Just kidding, she’s actually Kogane Shiraishi as she’s still here, although Kogane is now dressed as a high school student rather than a secretary after Takashi died.

Also apart from having Souya-kun saw Kogane’s panties, it turns out that she and Ginko are related to each other as they came from the same planet of Riel. 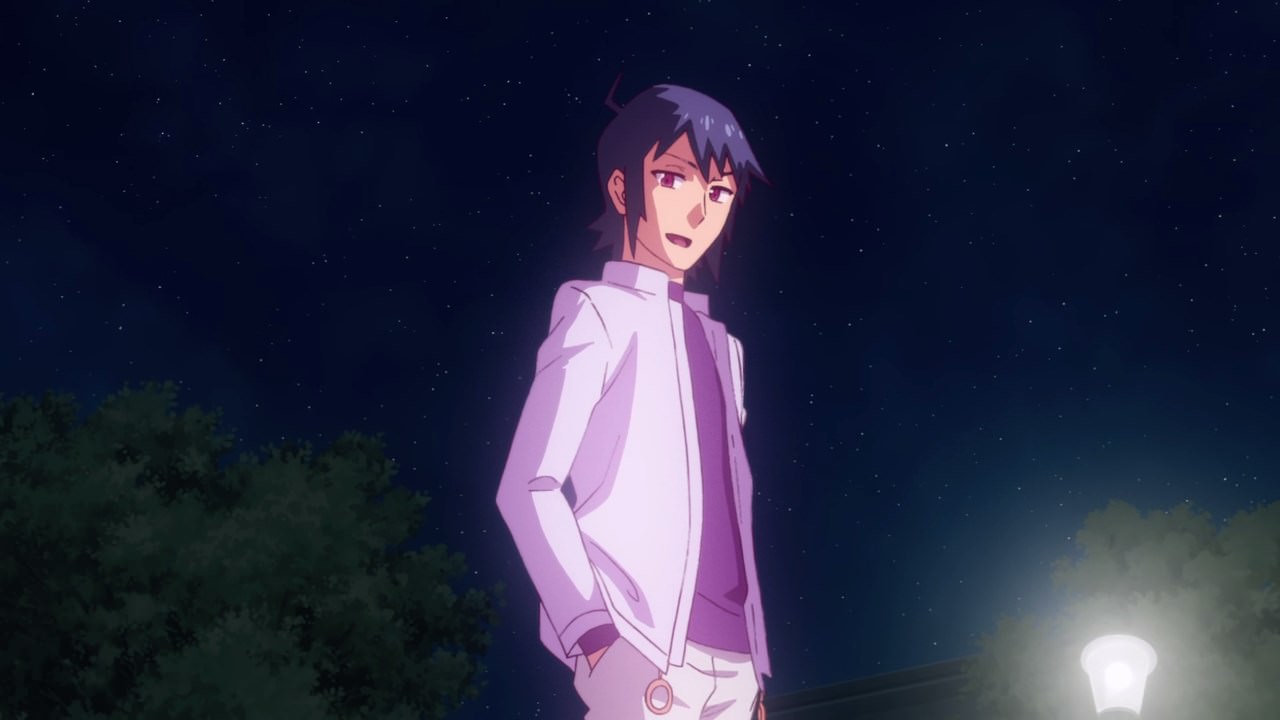 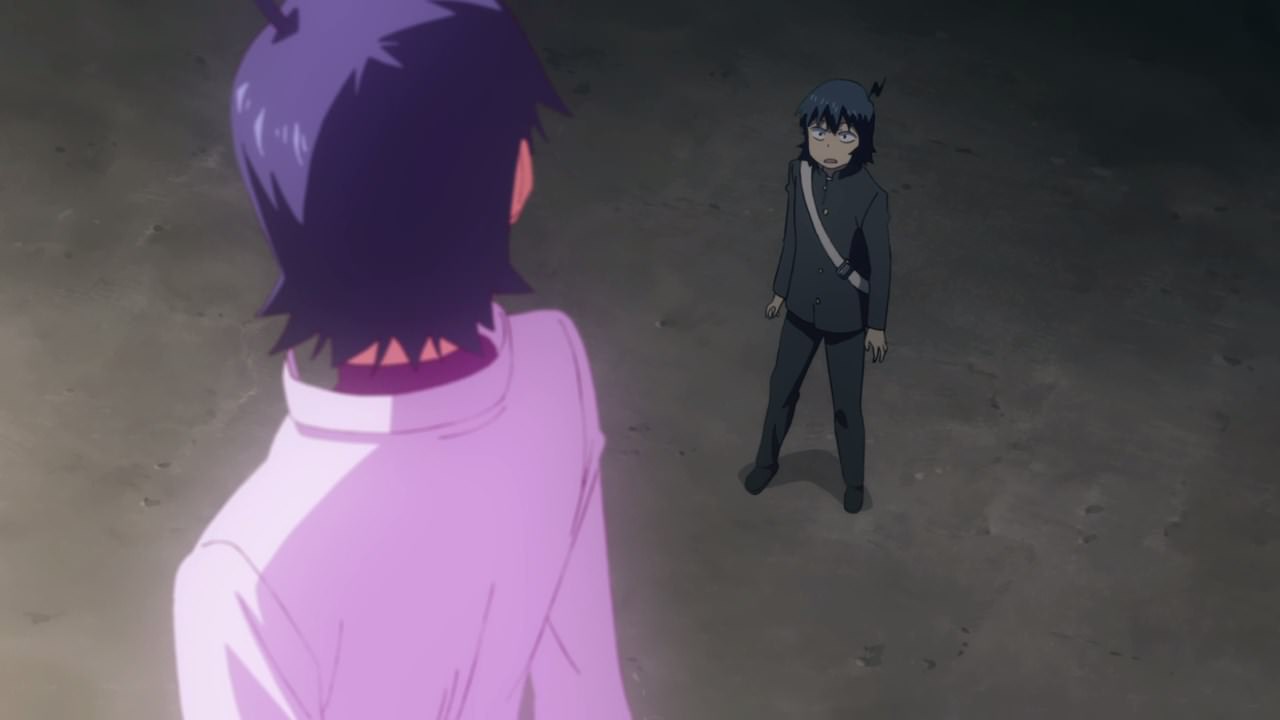 Just kidding, it turns out that this person who poses as Souya’s brother came from the People of Paradise, the oldest civilization in the entire universe in which he and his people are just observing him and the rest of Nebula’s two warring factions. Yeah, they don’t post a threat yet but I feel that there’s more than just observing them.

With that said, it seems that there will be more battles in the future that’ll determine the fate of Earth. Of course, there’s still the question of who’ll be the biggest villain in Planet With after Takashi Ryuzouji died and not only that, but it appears that Souya Kuroi is starting to awaken his dormant psychic powers of his own. Anyways, I’ll see you next time!