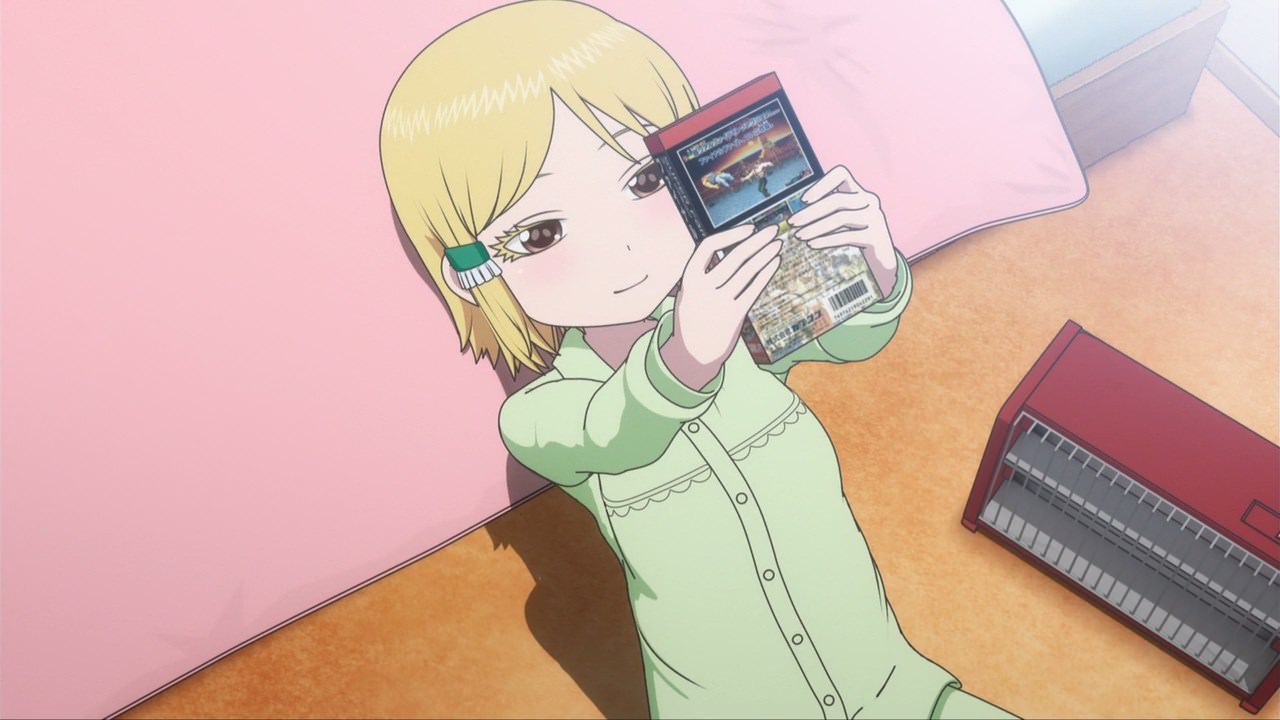 Well, it appears that Koharu Hidaka is starting to play video games thanks to Haruo Yaguchi, so she bought a Super Famicom and a copy of Final Fight.

Um Koharu-chan, you should have bought Final Fight 2 instead of just the original one. 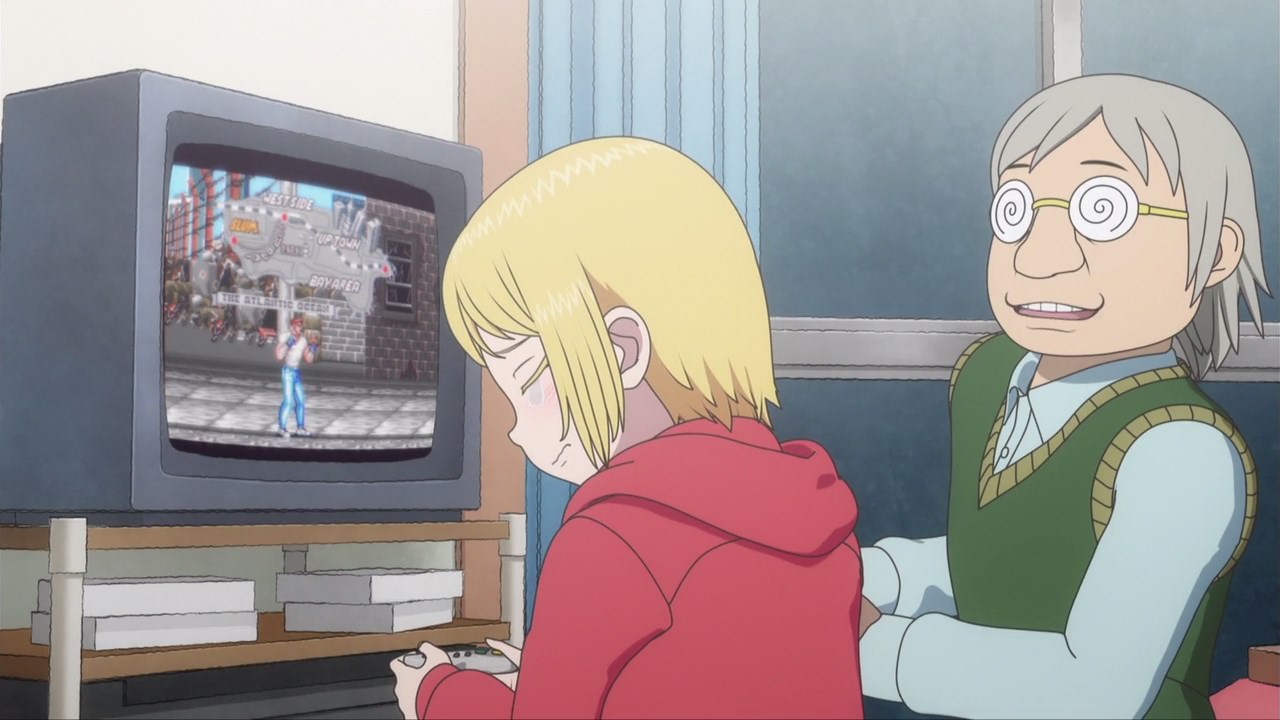 That’s because the Super Famicom version of Final Fight is 1-player only. Even Koharu’s father laugh at her mistake.

But hey, at least she starting to play video games now! 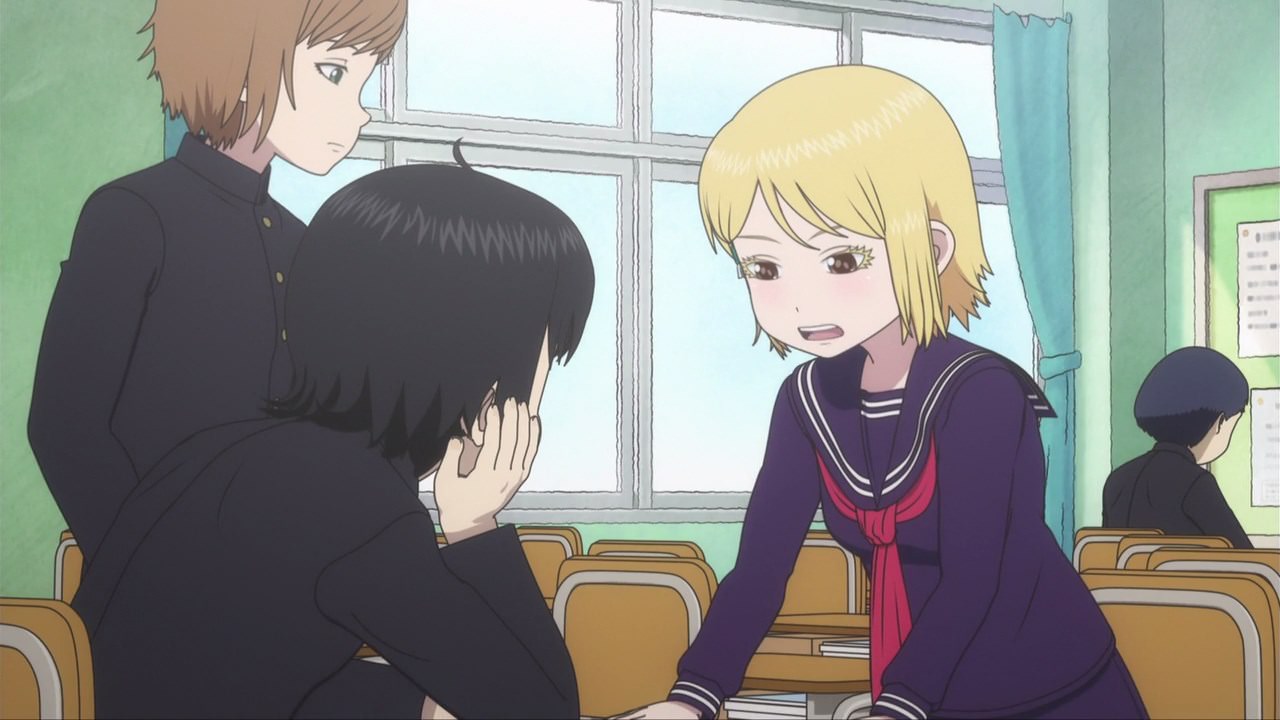 Now then, it’s time for Koharu-chan to ask a tough question towards Yaguchi-kun. What is his relationship with Akira Ono and how come she’s good at playing video games? 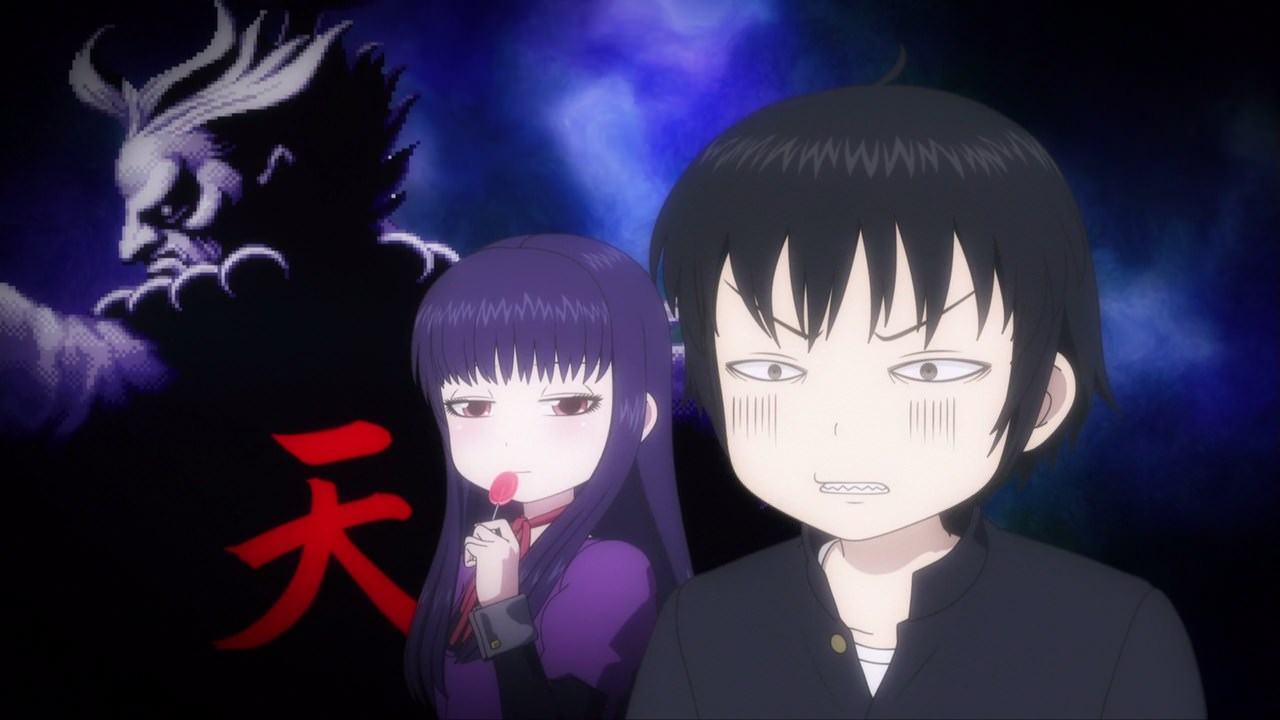 Hell, Koharu won’t even forget about her time getting her ass kicked by Akira’s Gouki, which Yaguchi found it amazing as he can’t pull that character out from the select screen.

But anyways, both Yaguchi and Akira are rival. Nothing more, nothing less! 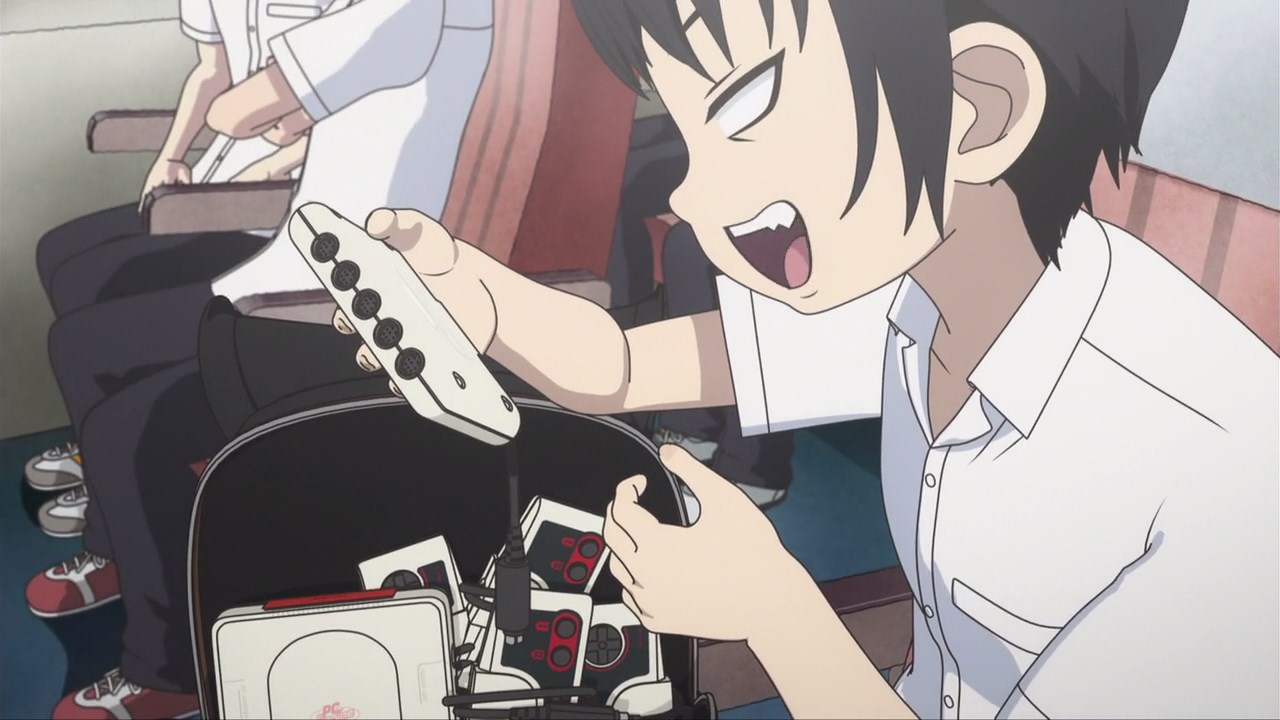 With that said, let’s move onto the Kyoto field trip and while some of the students will try to confess to Akira Ono, including Miyao, Haruo Yaguchi wants nothing more but to play games at his spare time. 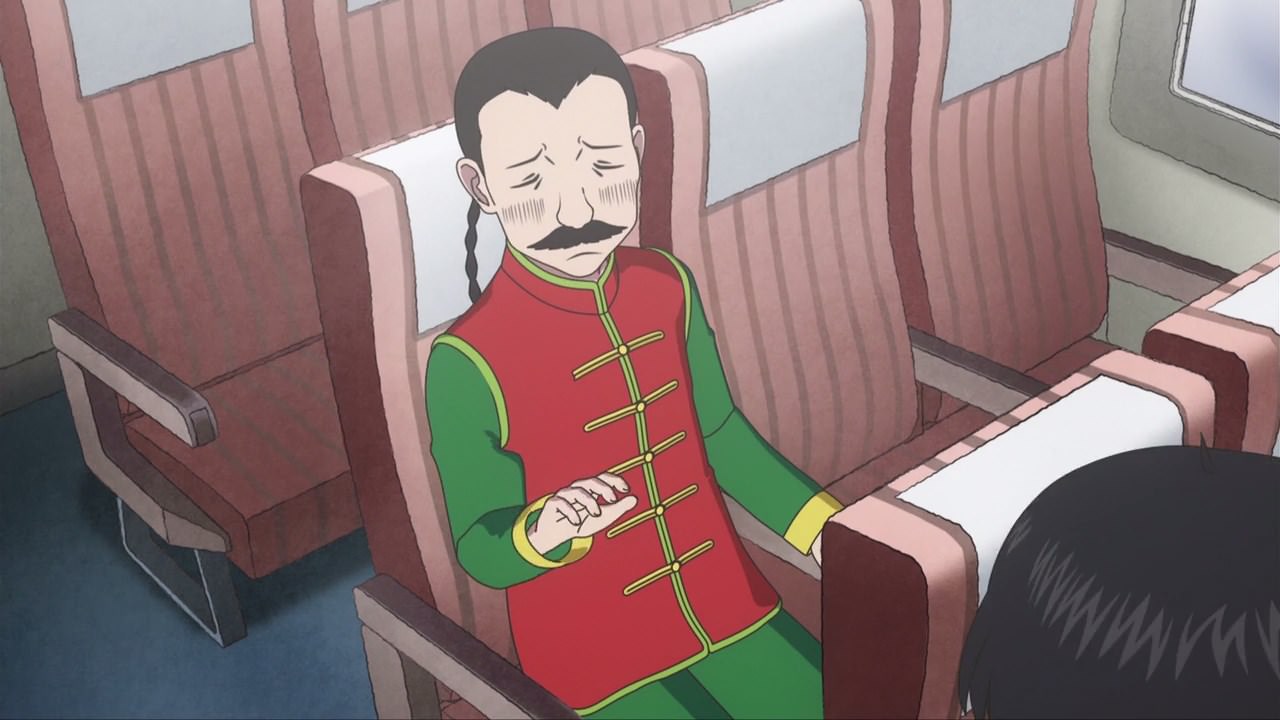 But then, Numata-sensei asked Yaguchi to buy him a cider as he has motion sickness. I must say that that despite looking like Lau, Numata-sensei couldn’t handle any transportation that’ll make him barf! 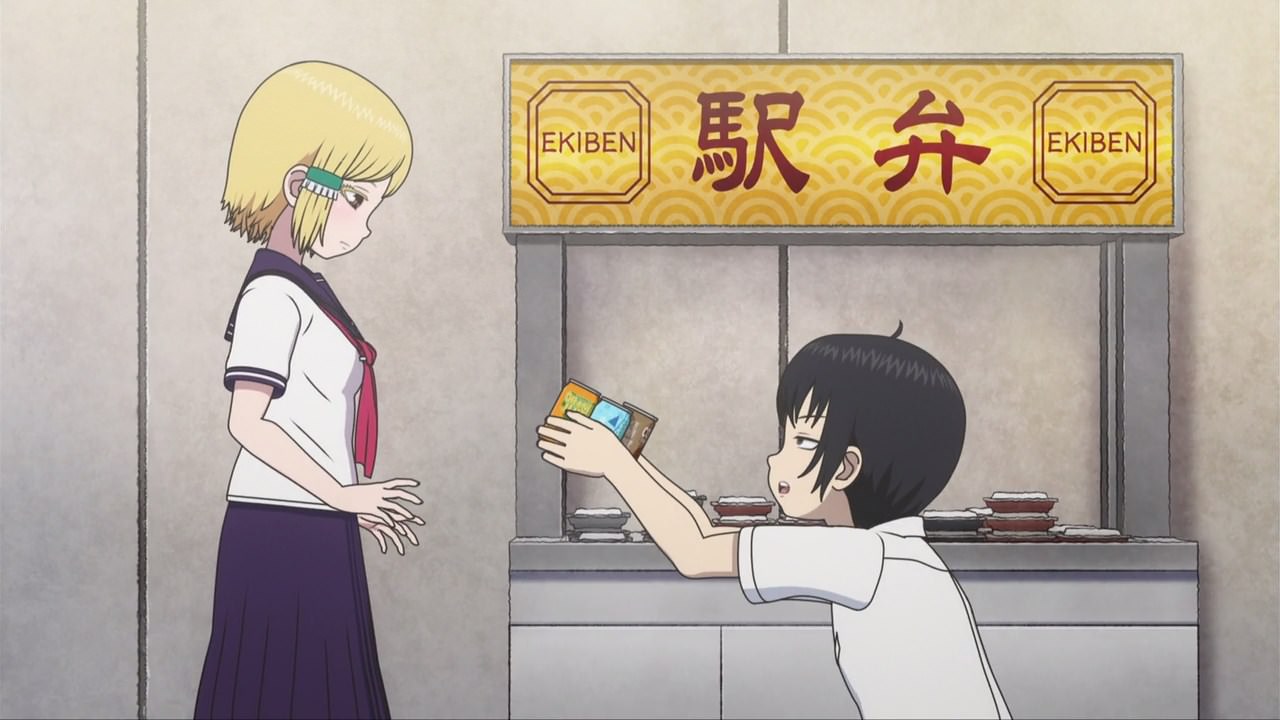 And so, Yaguchi went outside the train to get some drinks, but he can’t do it by himself so Koharu went outside to help him around. 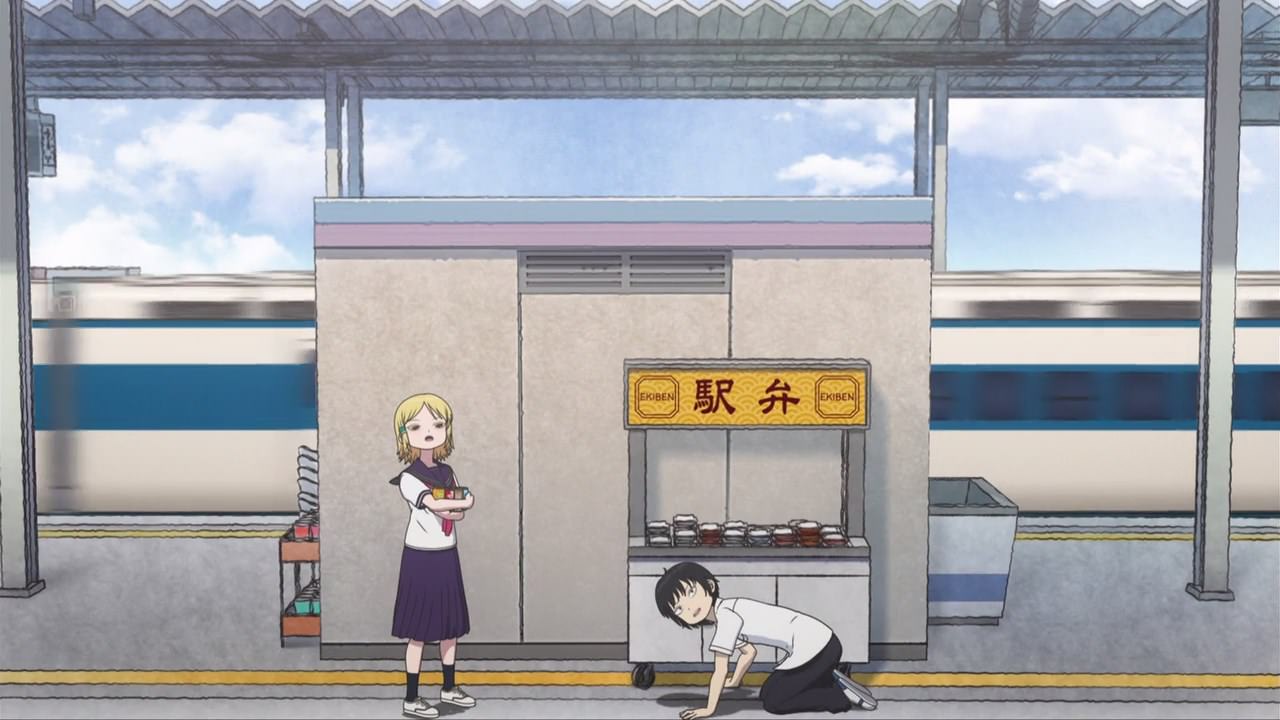 Unfortunately, the train already left by the time they got all of the drinks. Sucks that Haruo and Hidaka will be stuck at the station for a long time. 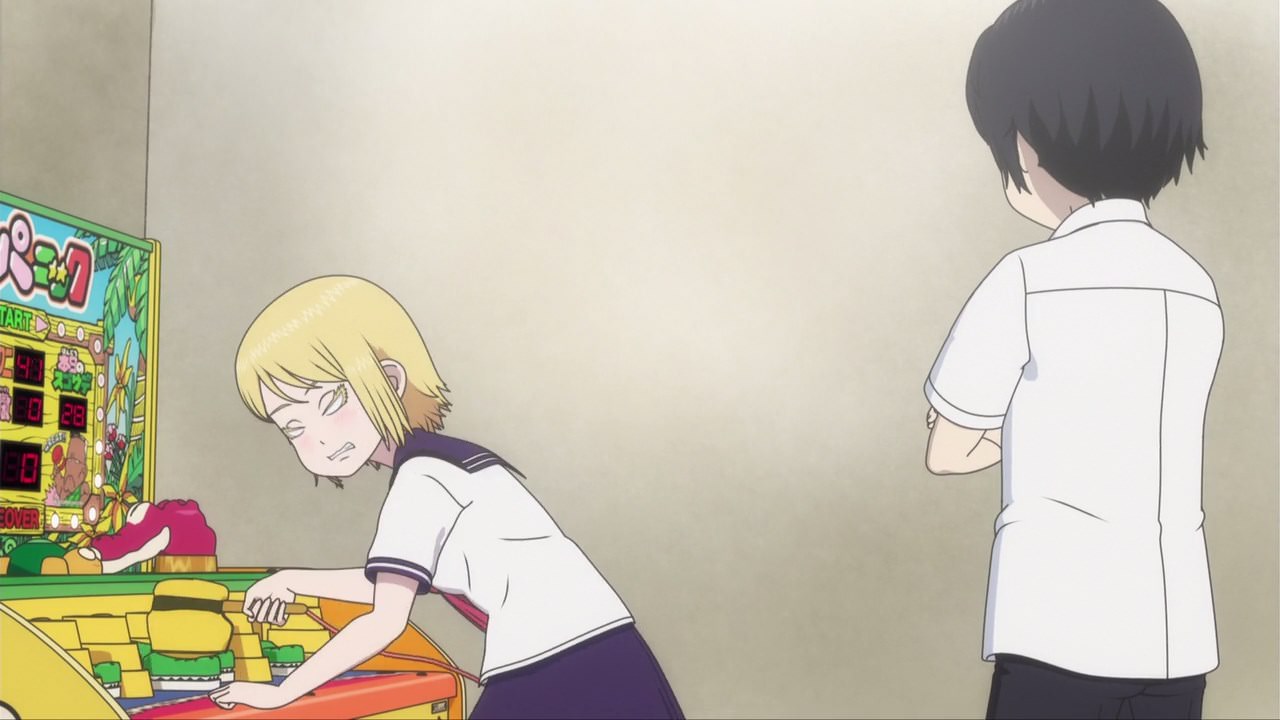 But wait, Yaguchi still has some money from Numata-sensei so it seems that he and Koharu-chan will be okay… by going to a nearest arcade to blow off some steam.

Sure that it’s not okay to use someone’s money, but it’s their right to get rid of their boredom and stress as Koharu plays a round of Namco’s Wani Wani Panic! 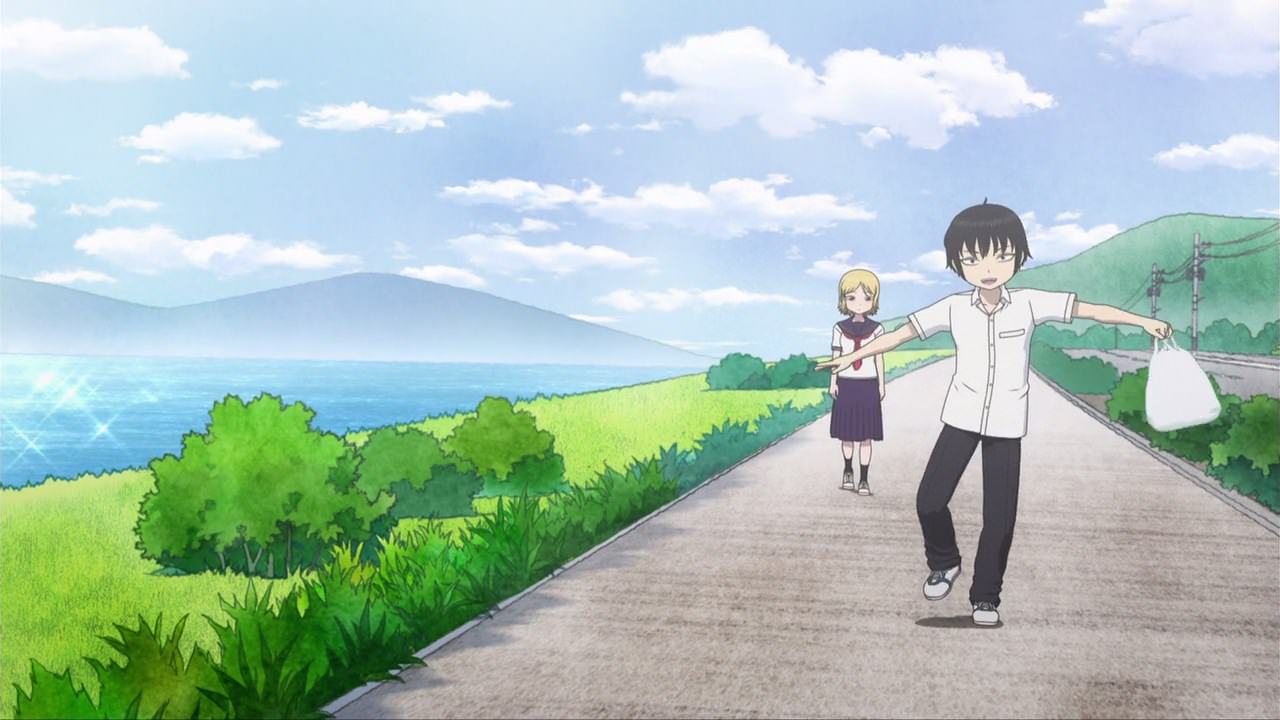 After a brief stop at the arcades, it’s time for them to stroll along Lake Biwa until they reached their destination.

Of course, it’ll be evening by the time Yaguchi and Koharu arrive in Kyoto on foot, but it’s nice to see them getting mesmerized at the scenery before taking the bus. 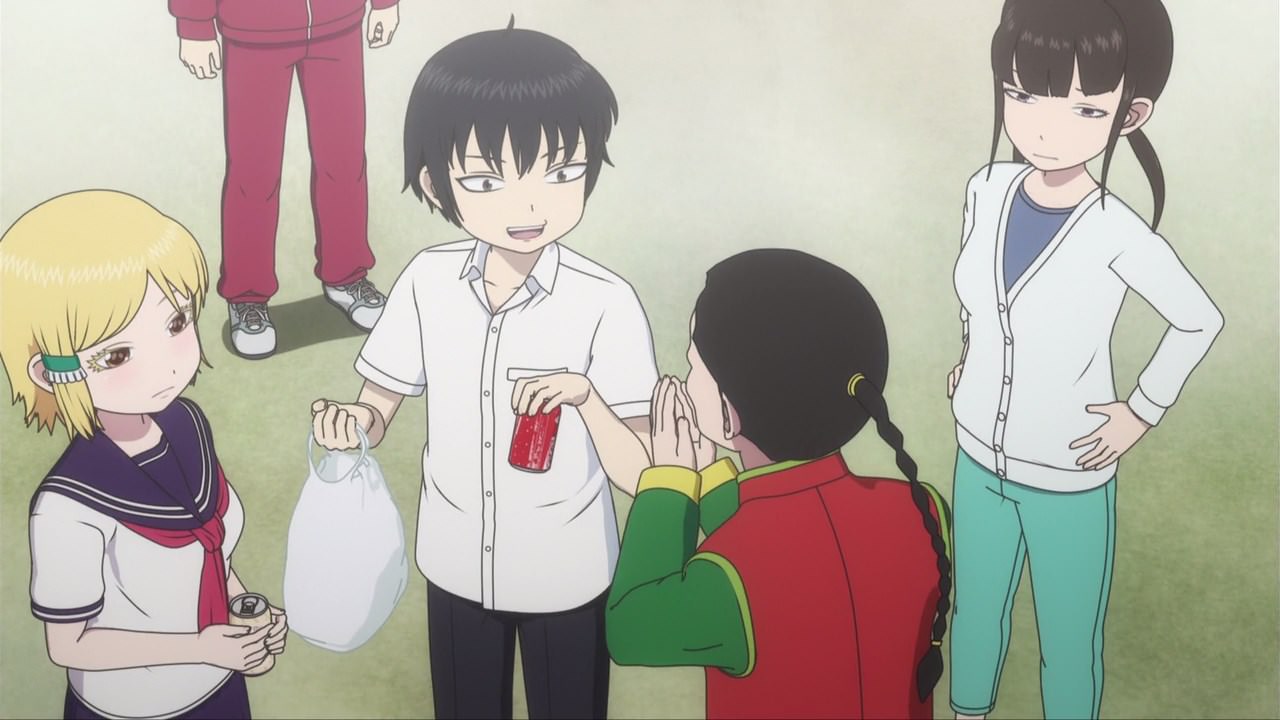 With that said, Haruo Yaguchi and Koharu Hidaka arrived at the hotel safe and sound, although Numata-sensei will have to apologize for letting him and Koharu go outside the train to buy him a cider.

Then again, I hope Numata-sensei doesn’t complain about his cider getting warm though. 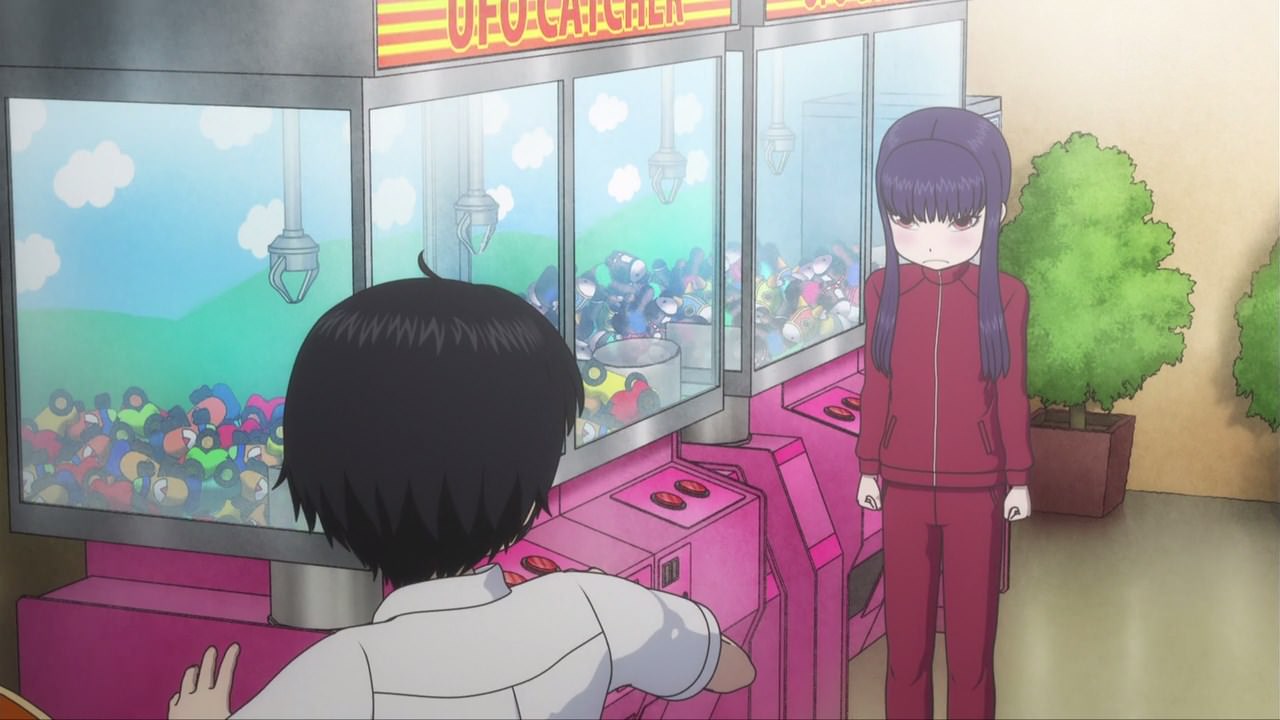 On the other hand, here’s Akira Ono as she’s very angry towards Haruo Yaguchi. Was it jealousy or something else entirely since Yaguchi can’t tell about her feelings? 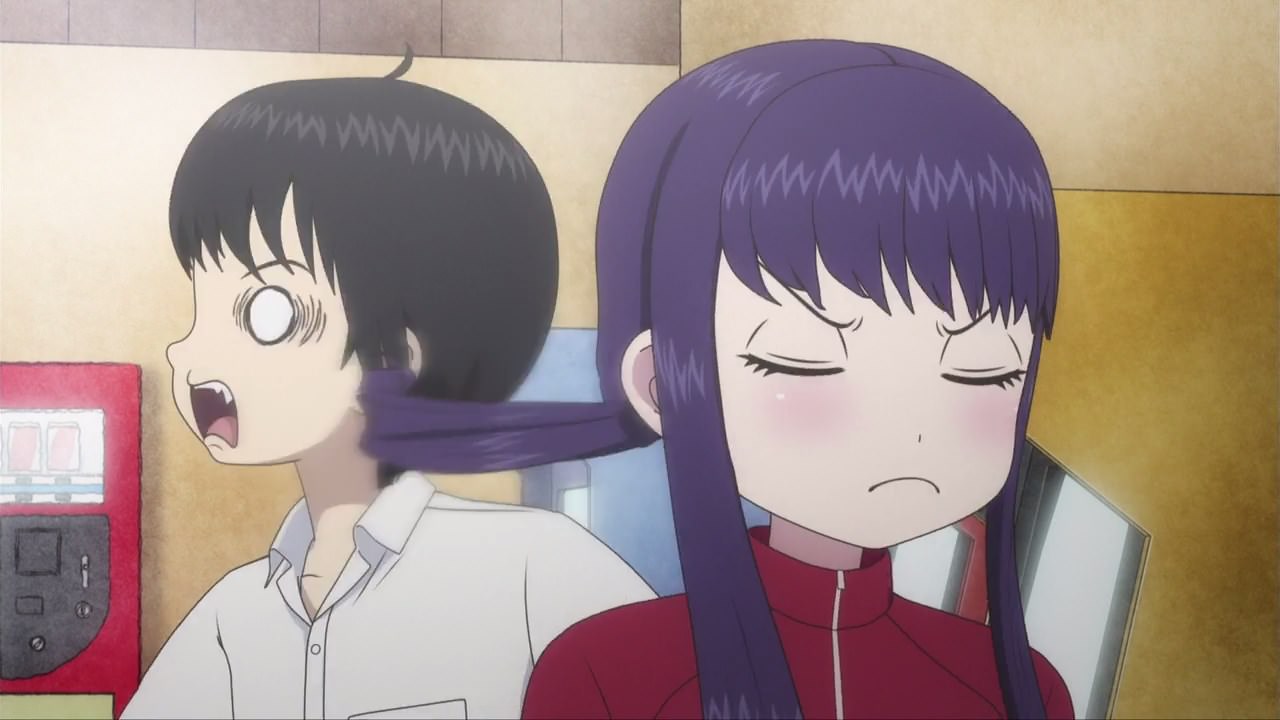 In any case, let’s just say that Akira’s anger meter is off the charts as she whips Yaguchi’s face with her pony tail.

Oh well, I guess it’s time for Haruo Yaguchi to fire up his PC Engine and play Bomberman with his classmates! 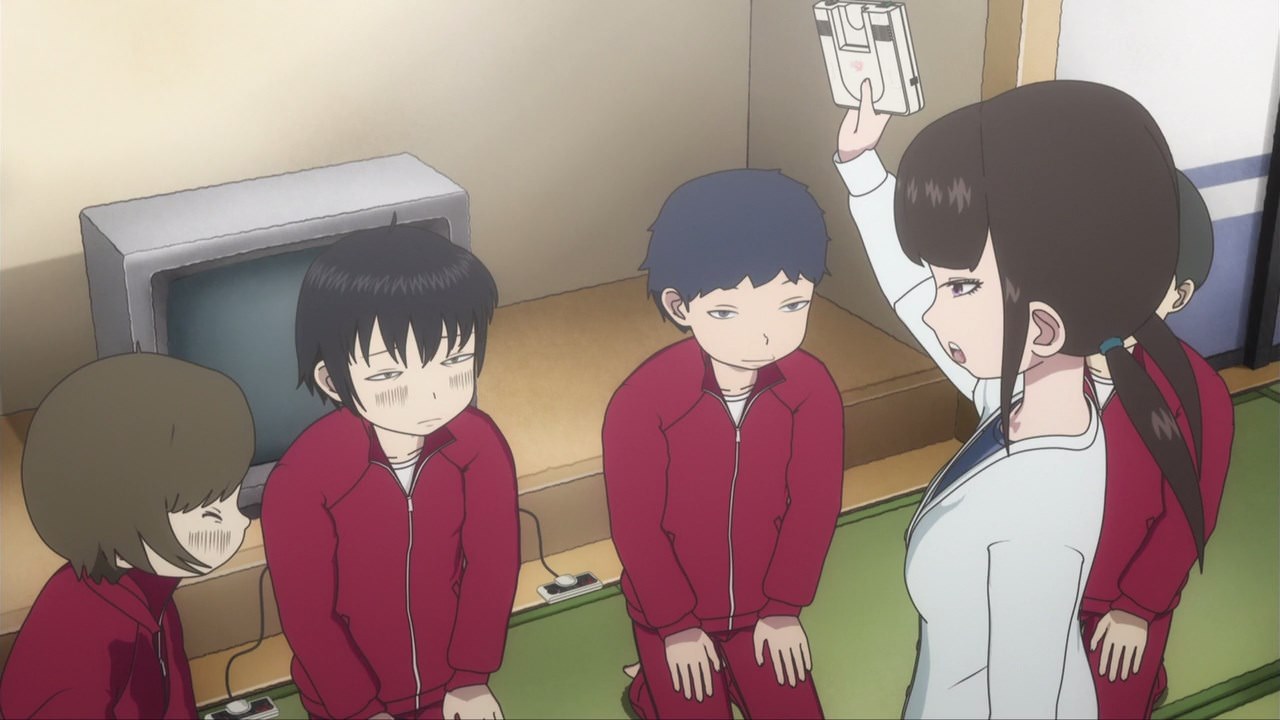 And then it gets confiscated by a female teacher. Well, it’s his fault for bringing his game console to the field trip.

One last thing, did Miyao successfully confessed his feelings towards Akira? Then again, I feel that this episode didn’t show him and his eventual rejection. Oh well, let’s move onto the next episode!