Posted on September 3, 2018 by benigmatica 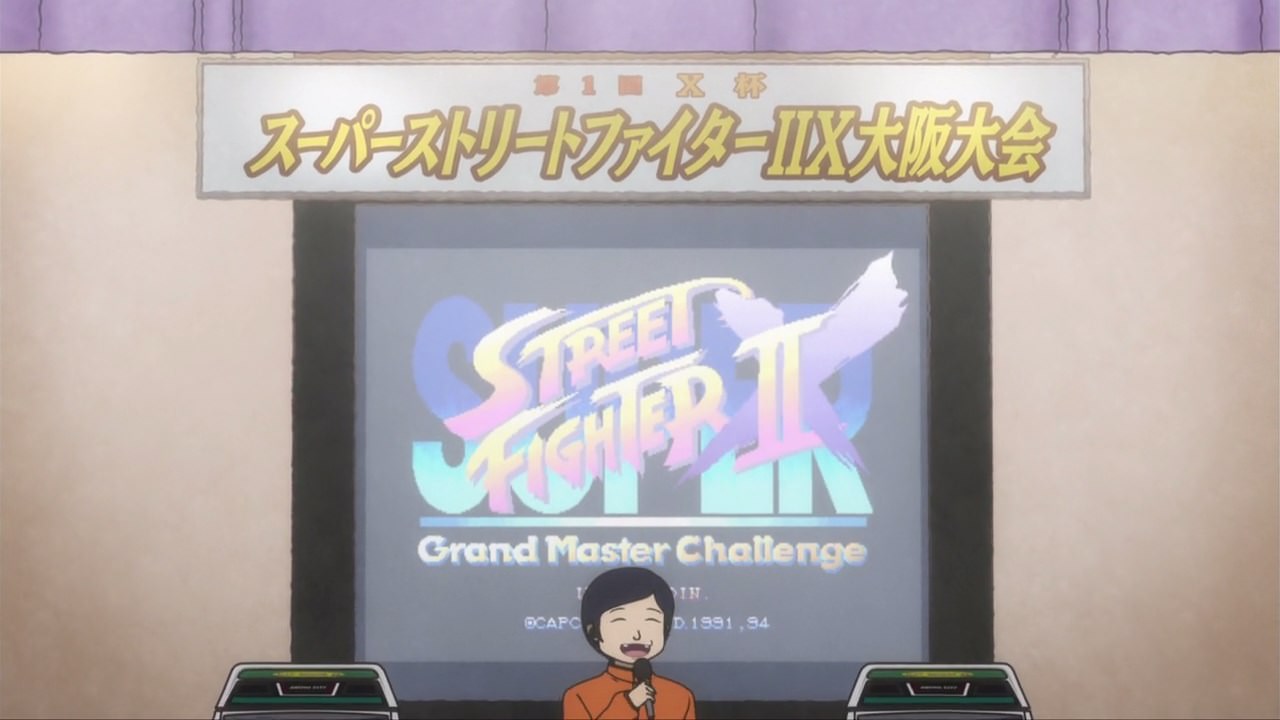 Hey everyone, looks like Haruo Yaguchi is still on a field trip in Kyoto. Sadly, he’s not gonna stick around looking for hidden arcades in the old capital because Haruo has a tournament to attend to in Osaka.

Then again, I’m worried that the teachers might punish him for ditching the field trip. 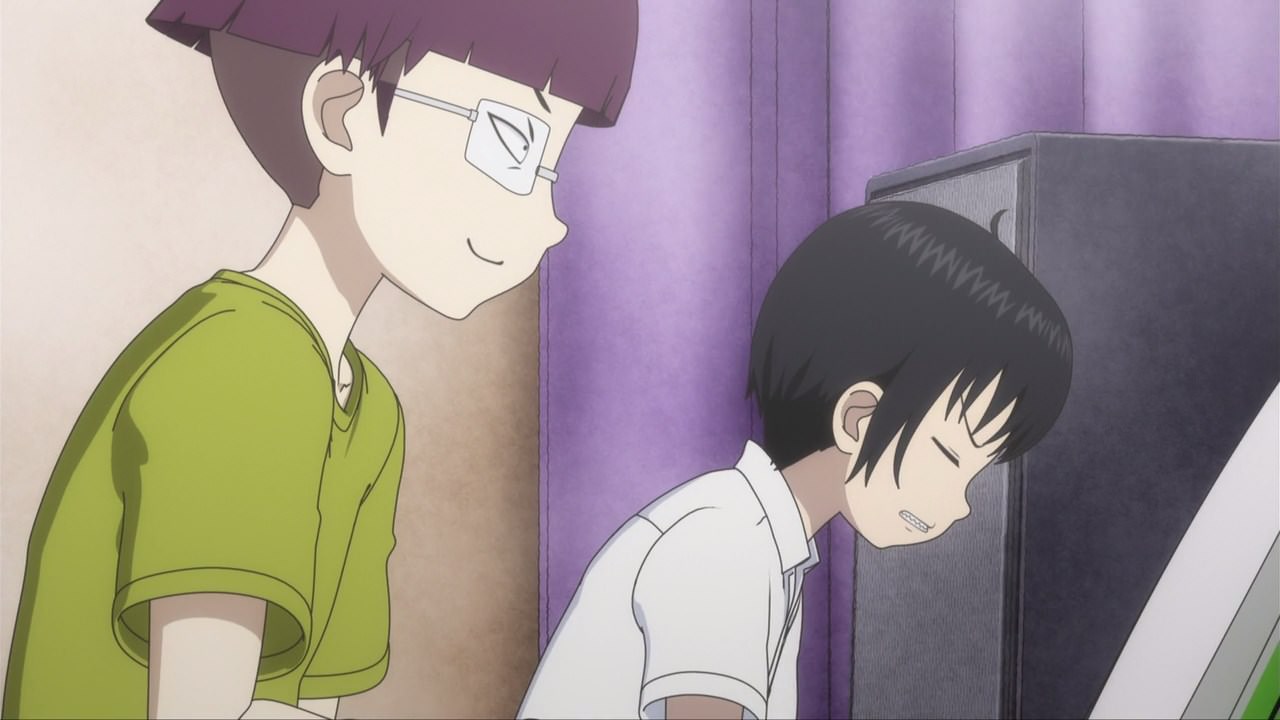 But anyways, let’s get on with the tournament as Yaguchi-kun will face a player who claims that he’s a Gouki user. 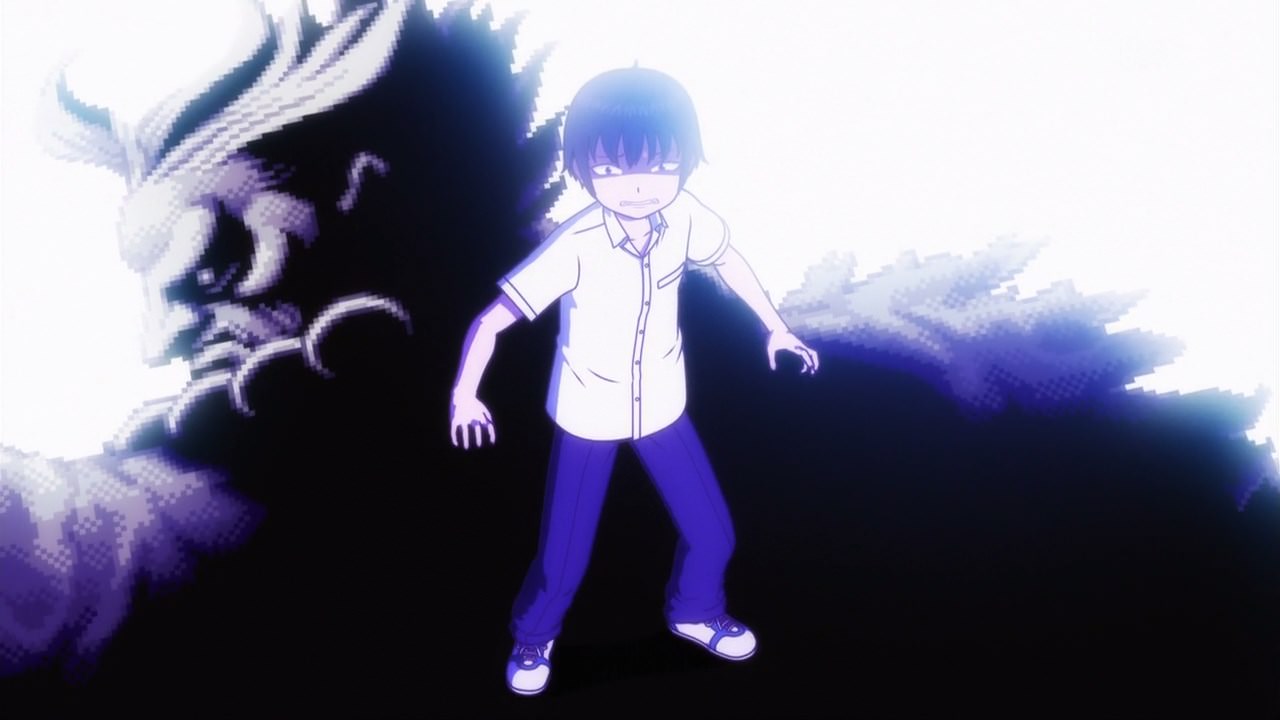 And speaking of Gouki (or Akuma), let’s not forget that this hidden boss character sent chills down to anyone’s spine, including Haruo Yaguchi who fears that his chances of winning the tournament will be nil once the demon is unleashed.

But then again, there are 3 things that I need to point out. One, Gouki should be banned in tournament play because he’s simply overpowered. Second, it’s harder to select him on the character select screen, which is why players might accidentally select Ryu or someone else. 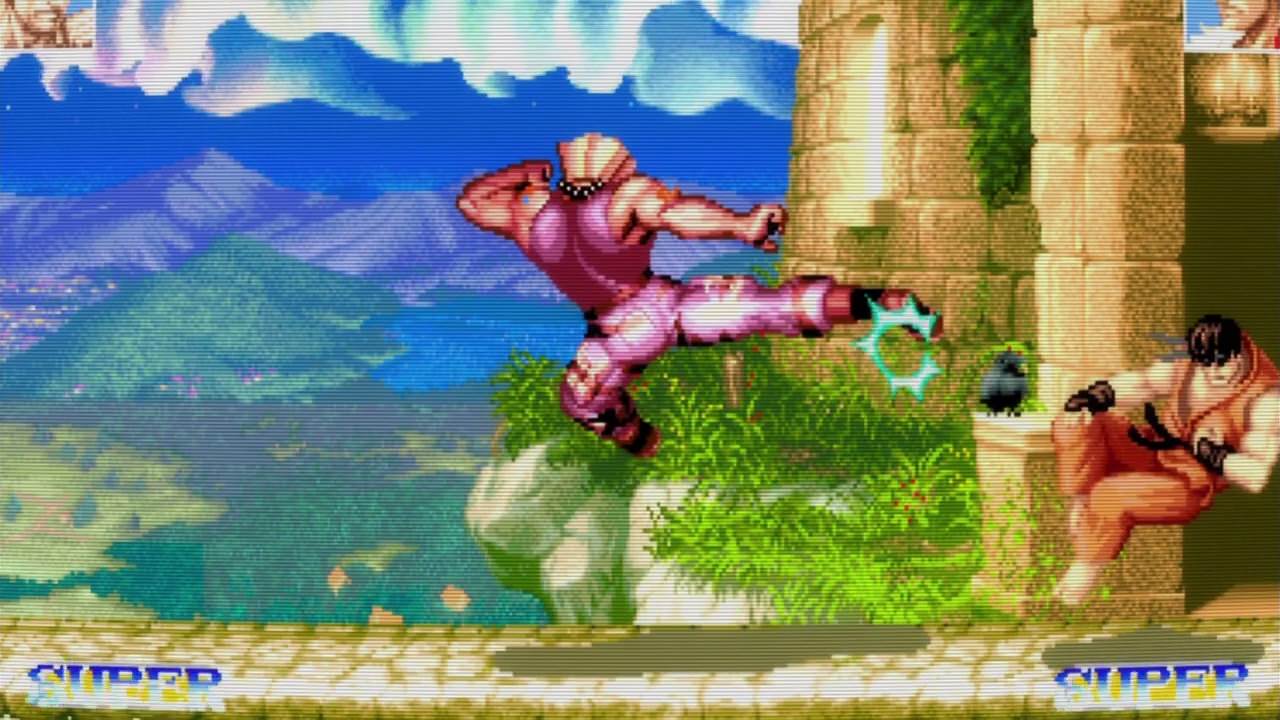 And third, don’t expect someone playing Gouki like a pro because even if he/she pulled one on their first try, that player might be a newbie when playing the hidden boss in Super Street Fighter II X!

In any case, looks like Yaguchi will have an easy time beating this scrub. 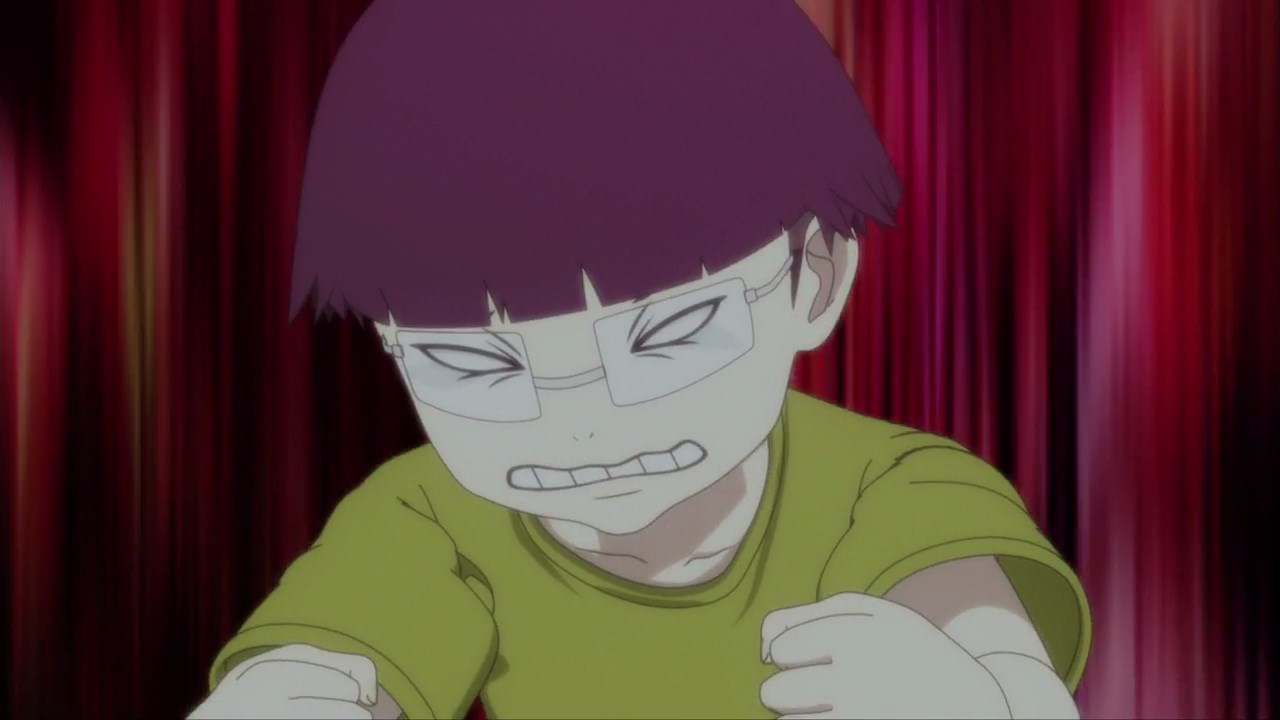 And as for this Gouki user, he’s slamming the arcade machine with his fists that he wants to redo the fight. Sorry man, but you can’t have a rematch when you’re already eliminated! 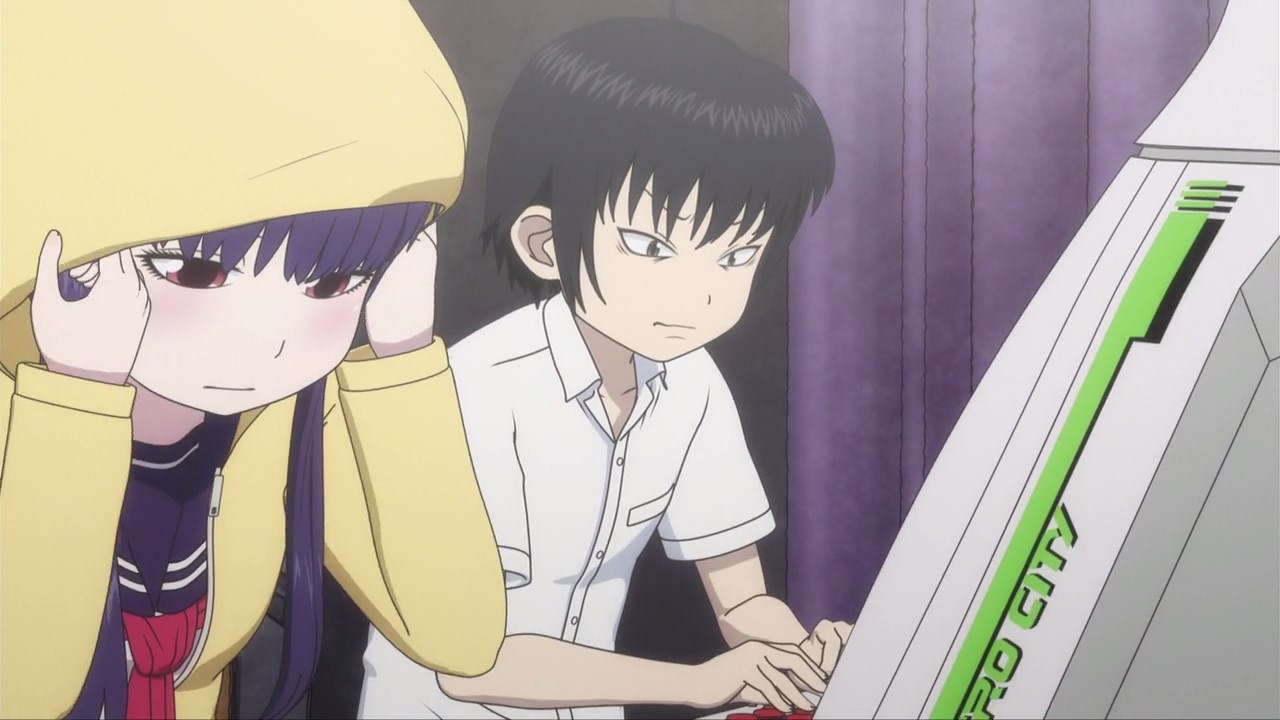 Now then, it’s time for the championship match as Haruo Yaguchi will fight against Akira Ono. Well, I must say that he’ll use his polished Street Fighter skills to this day! 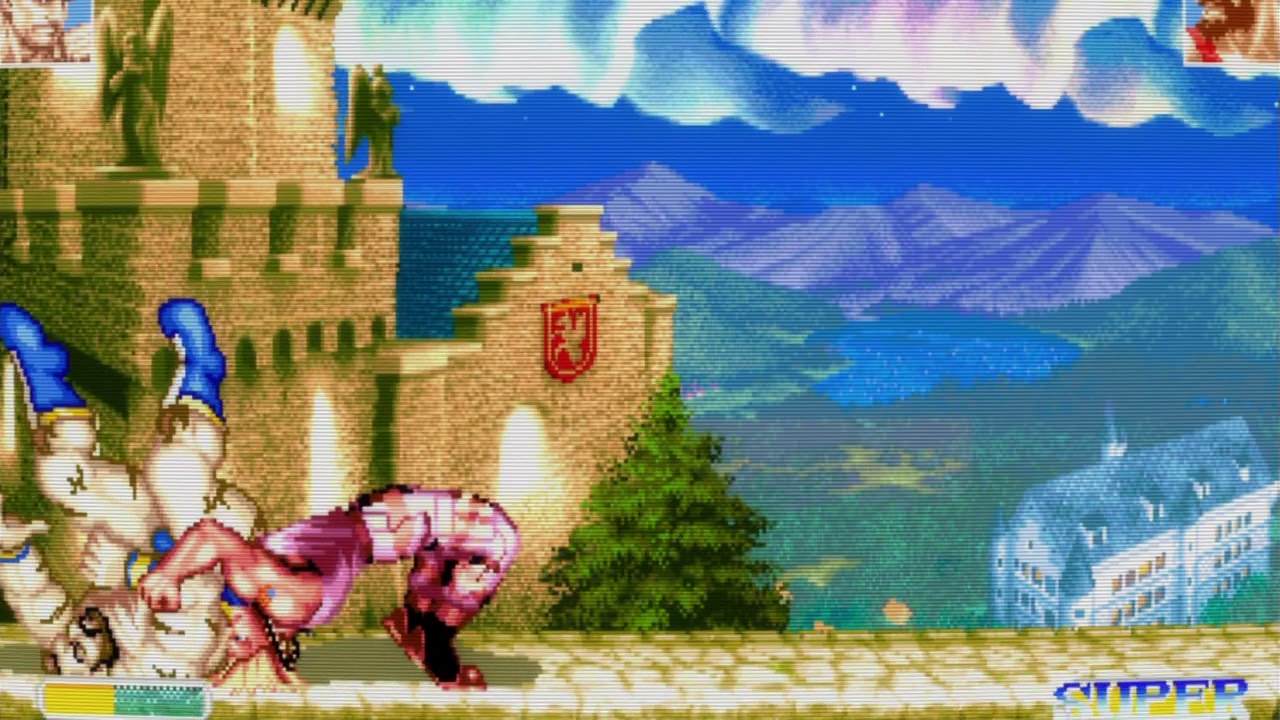 And in an unprecedented move, Yaguchi’s Guile managed to beat Akira’s Zangief in the final round. Gotta say that his training has paid off. 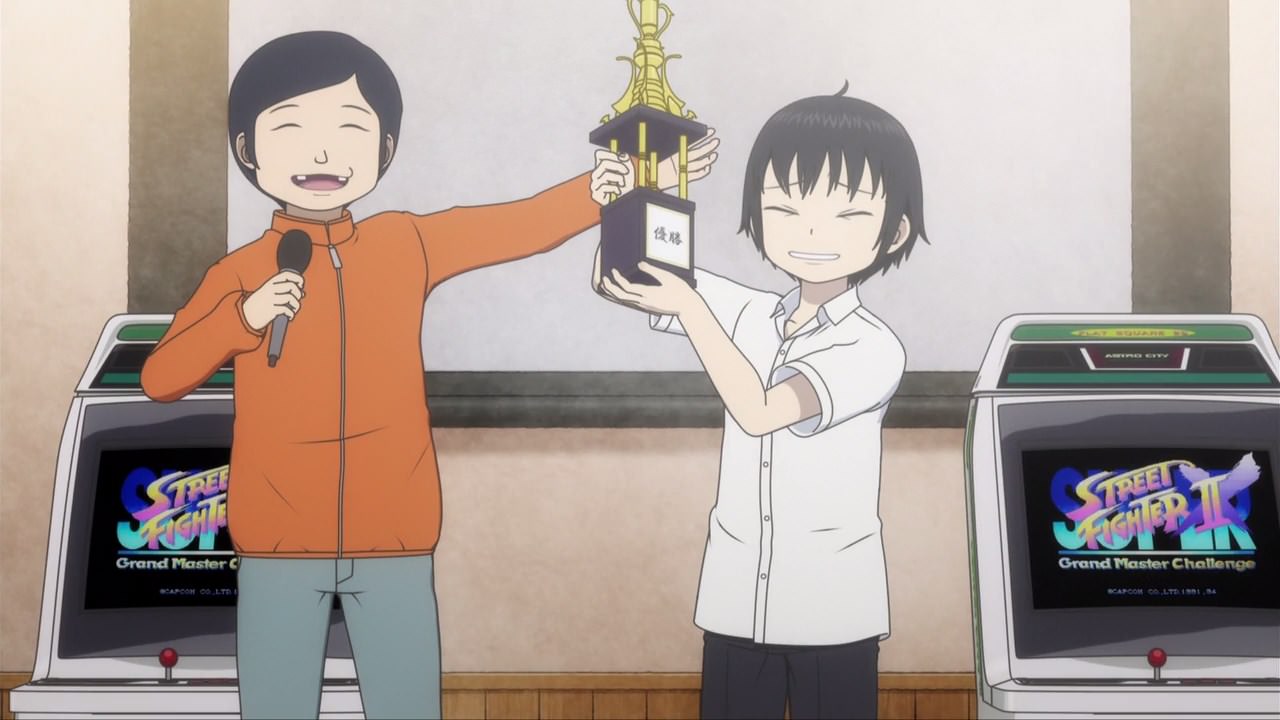 With that said, Haruo Yaguchi has won over Akira Ono after many years of struggling as the number two. Congrats to him! 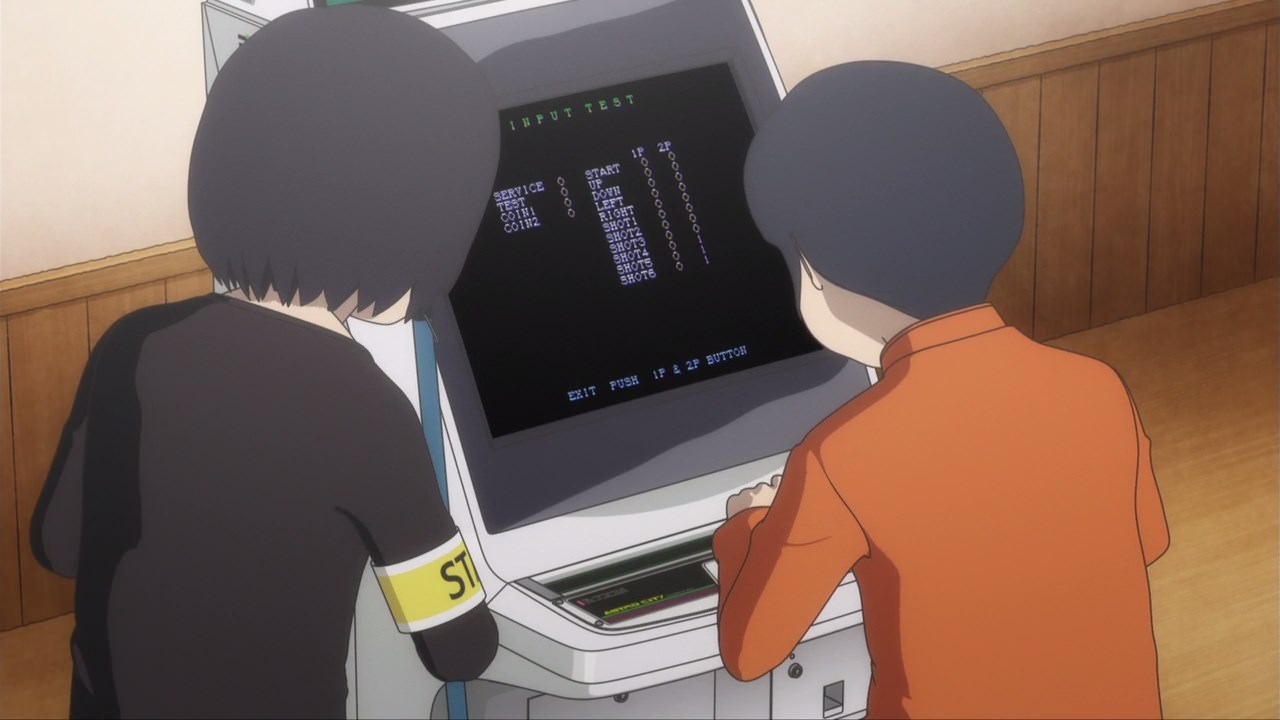 But then again, the reason why he won over Akira is because the arcade machine that she’s playing is actually broken as the punch buttons aren’t working.

Come to think of it, that salty guy from earlier smashed the machine so hard after failing to pick Gouki. 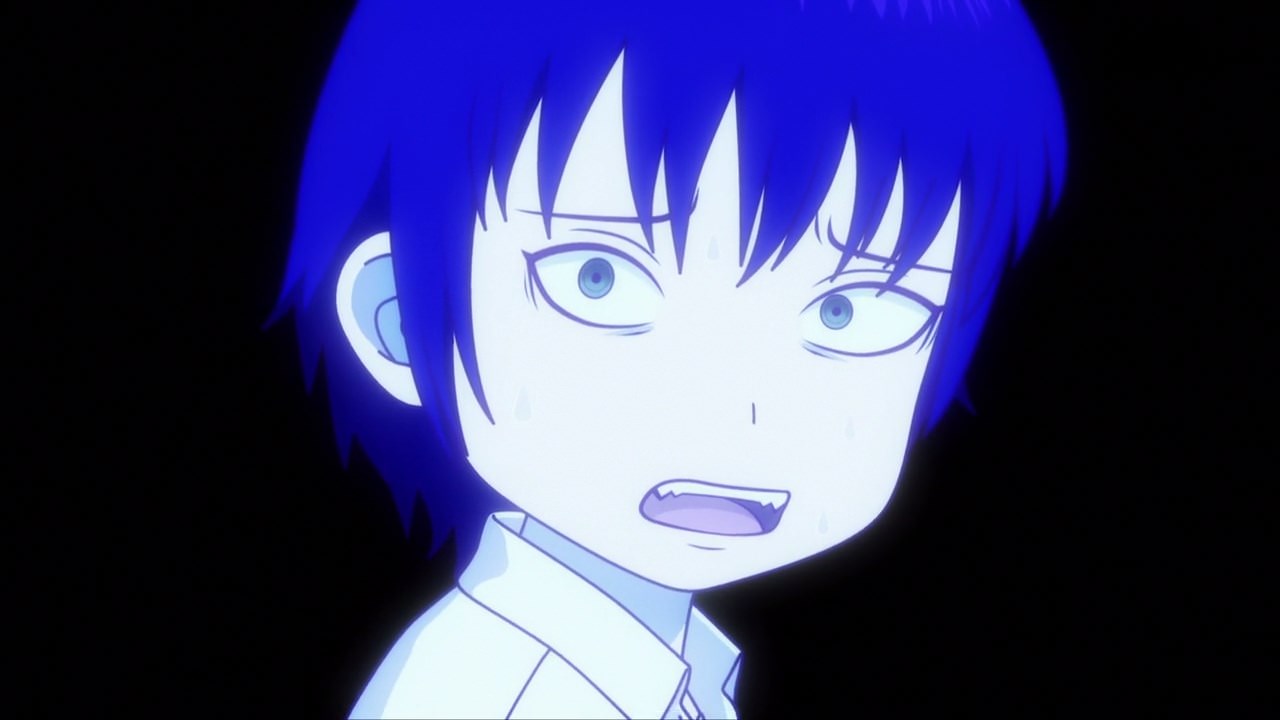 In any case, Yaguchi realized that his victory over Akira was nothing but a fluke. Damn, he looked like a fool after getting the trophy and a bath set! 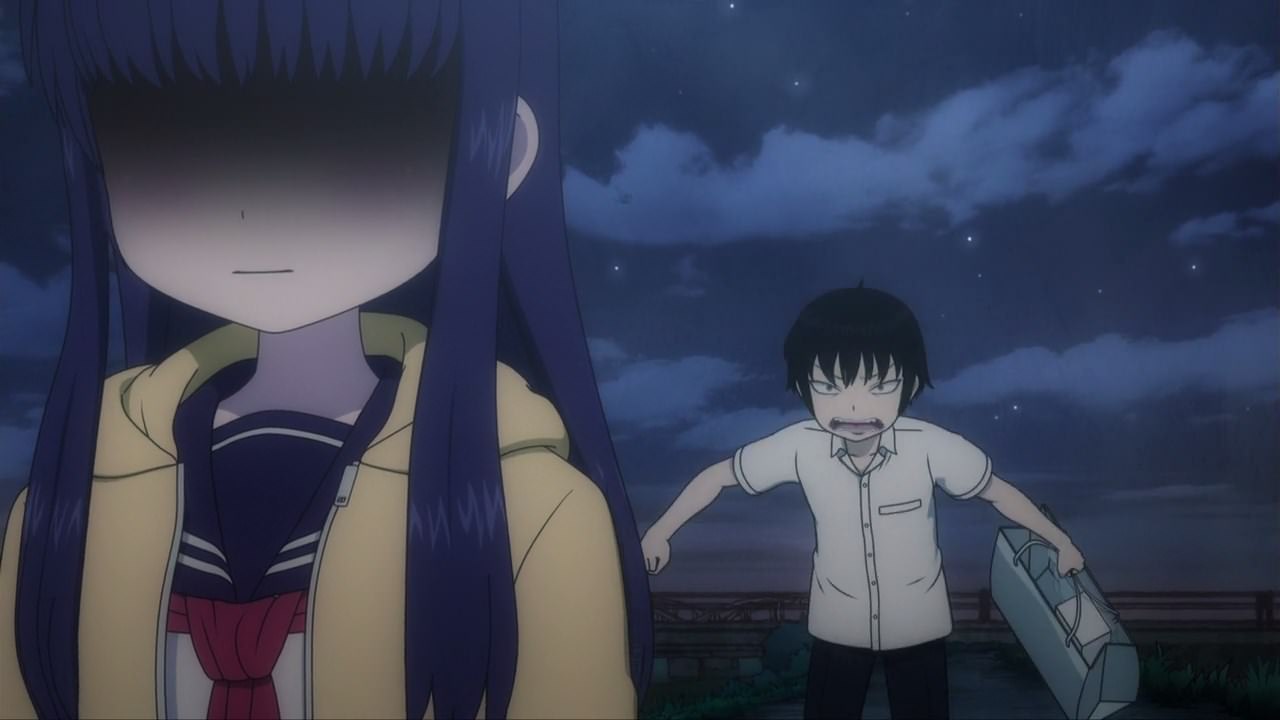 So, he confronted Akira and asked her why she held herself back there. I mean, Yaguchi expects her to fight at her fullest because he longed for Akira’s return to Japan! 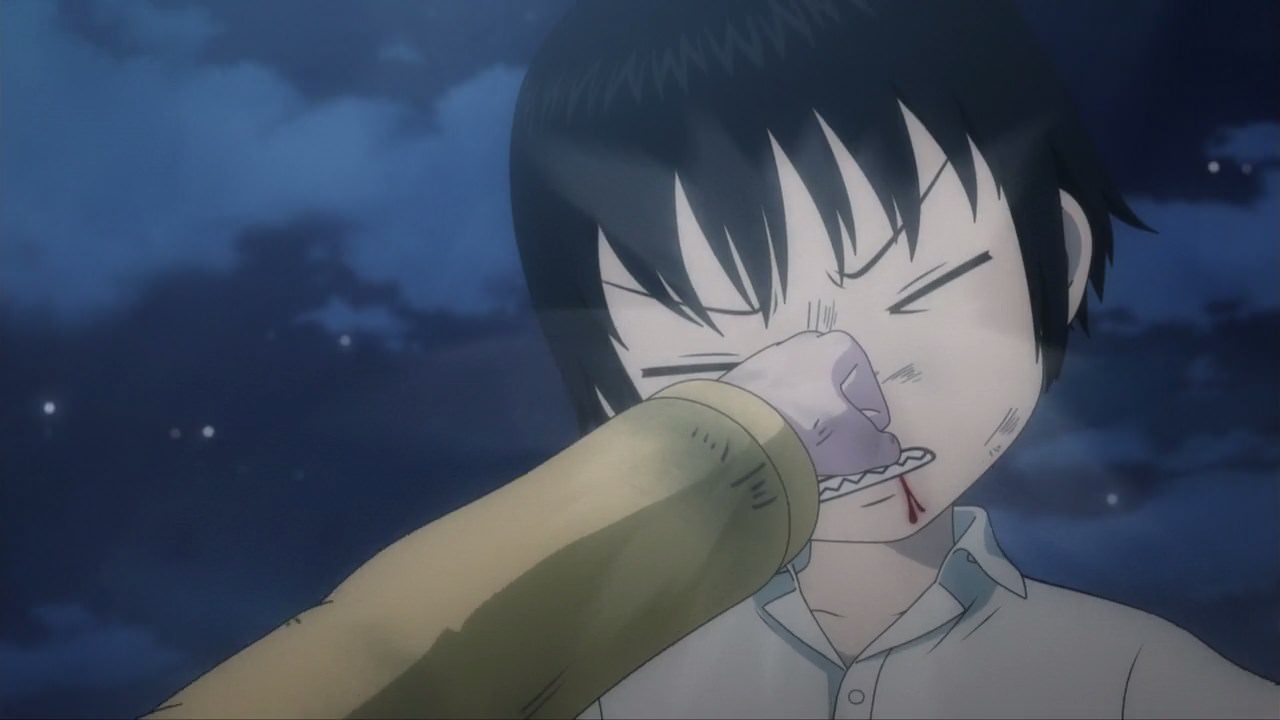 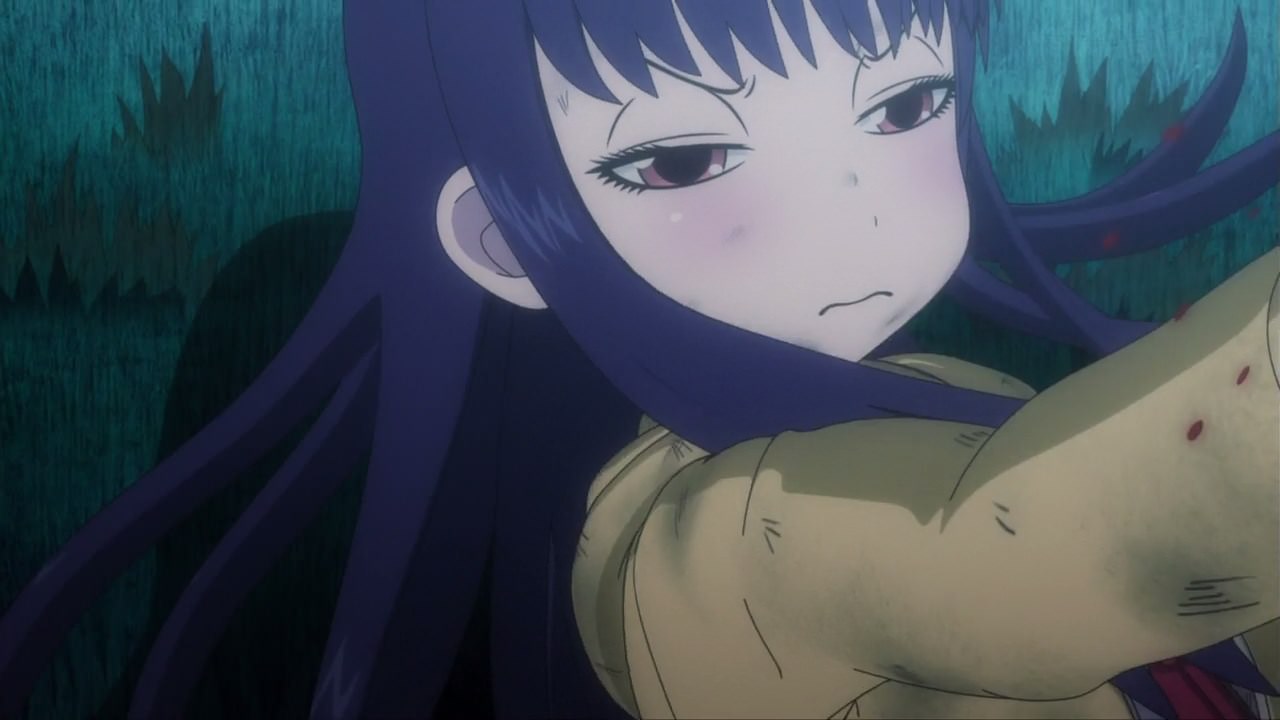 But instead of explaining, Haruo got a fistful from Ono’s fists because she can’t talk through any means other than video games or violence. 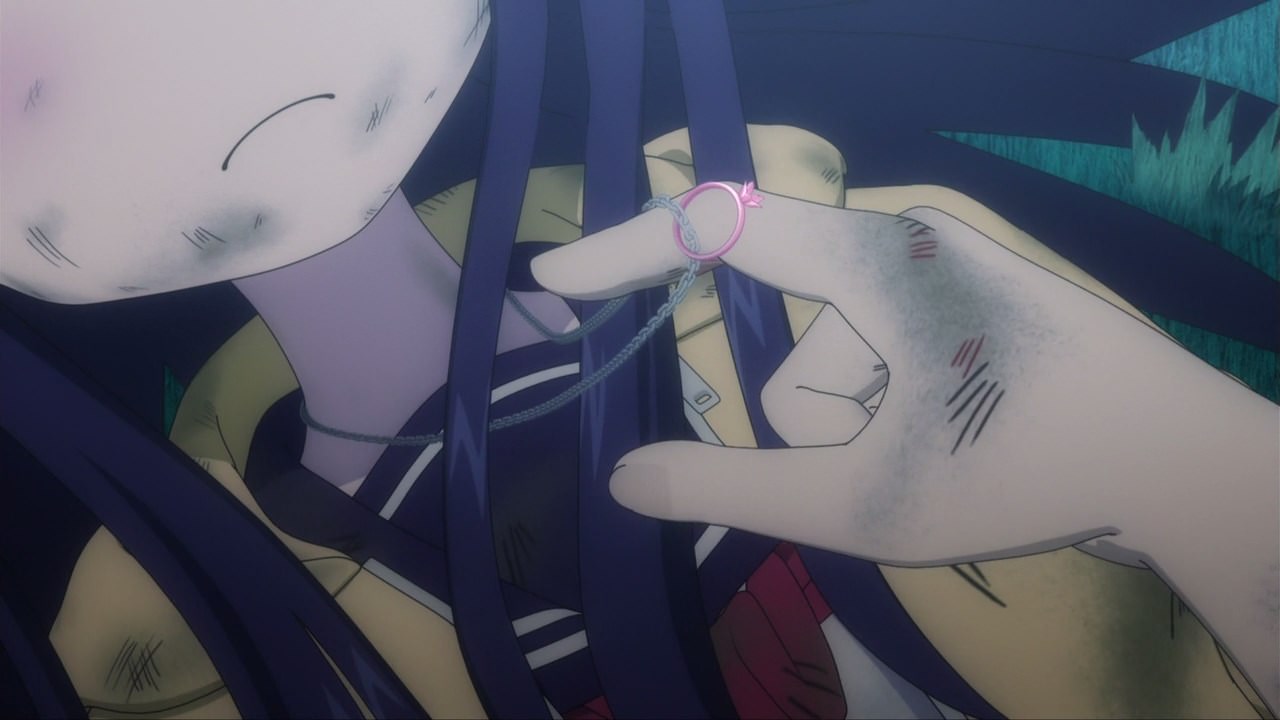 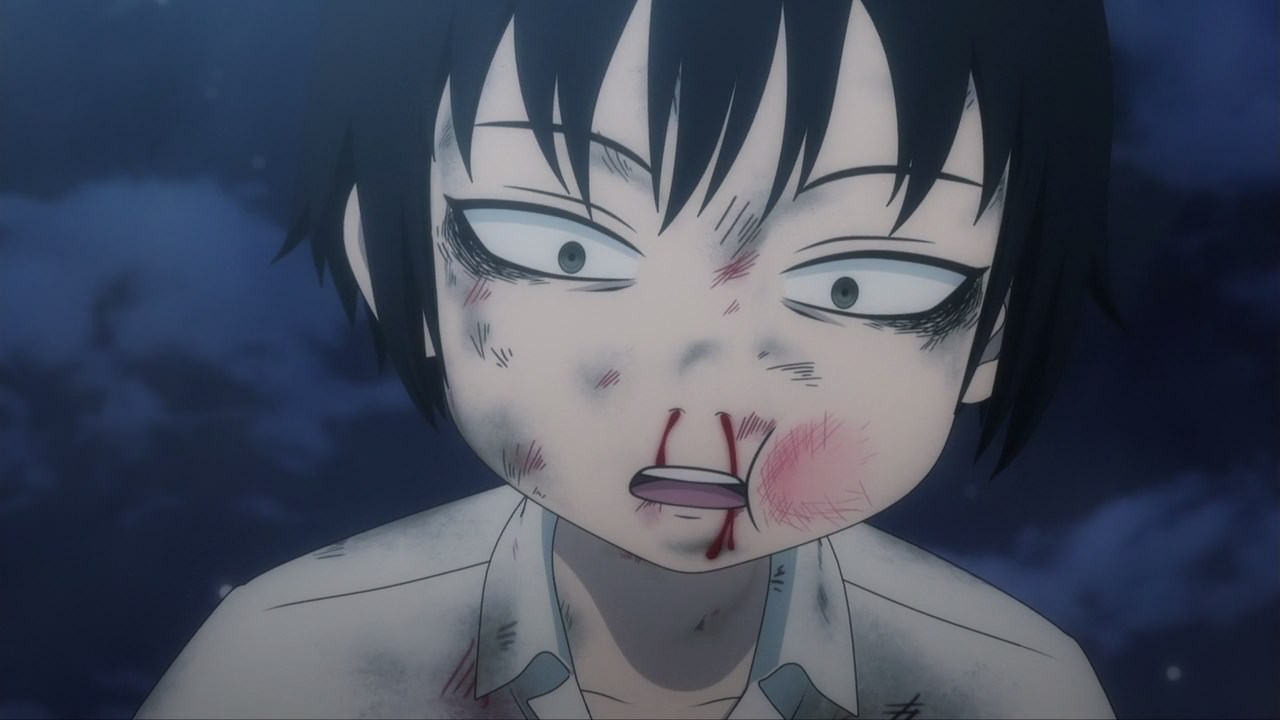 However, it soon stopped when Akira realized on how Yaguchi missed her so much. Oh and Yaguchi saw the ring that he gave her back in Episode 3.

I have to say that Akira Ono really remembered Haruo Yaguchi even if she went away to America for a few years. But then again, they need to clean up first before going back to Kyoto. 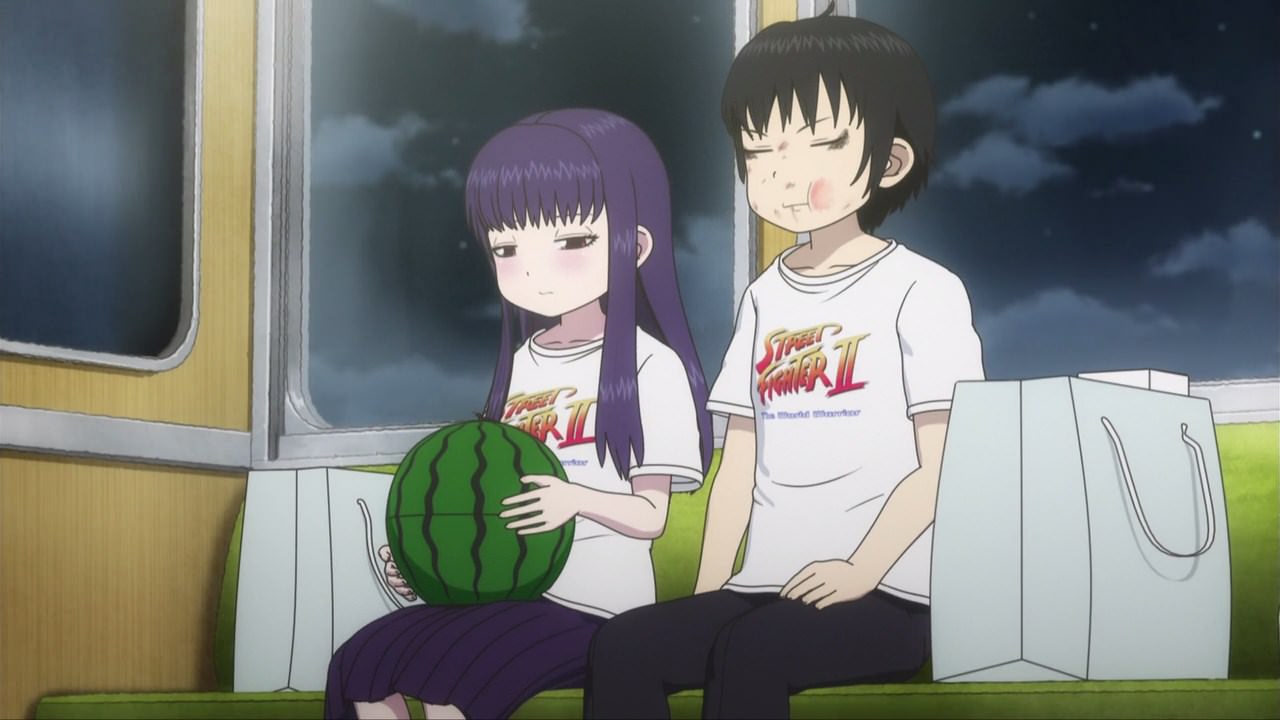 Fortunately, there’s a nearby bath house where they clean themselves, change clothes, and head back to the hotel via a train ride. Then again, Yaguchi will need to make some excuses on his battered face. 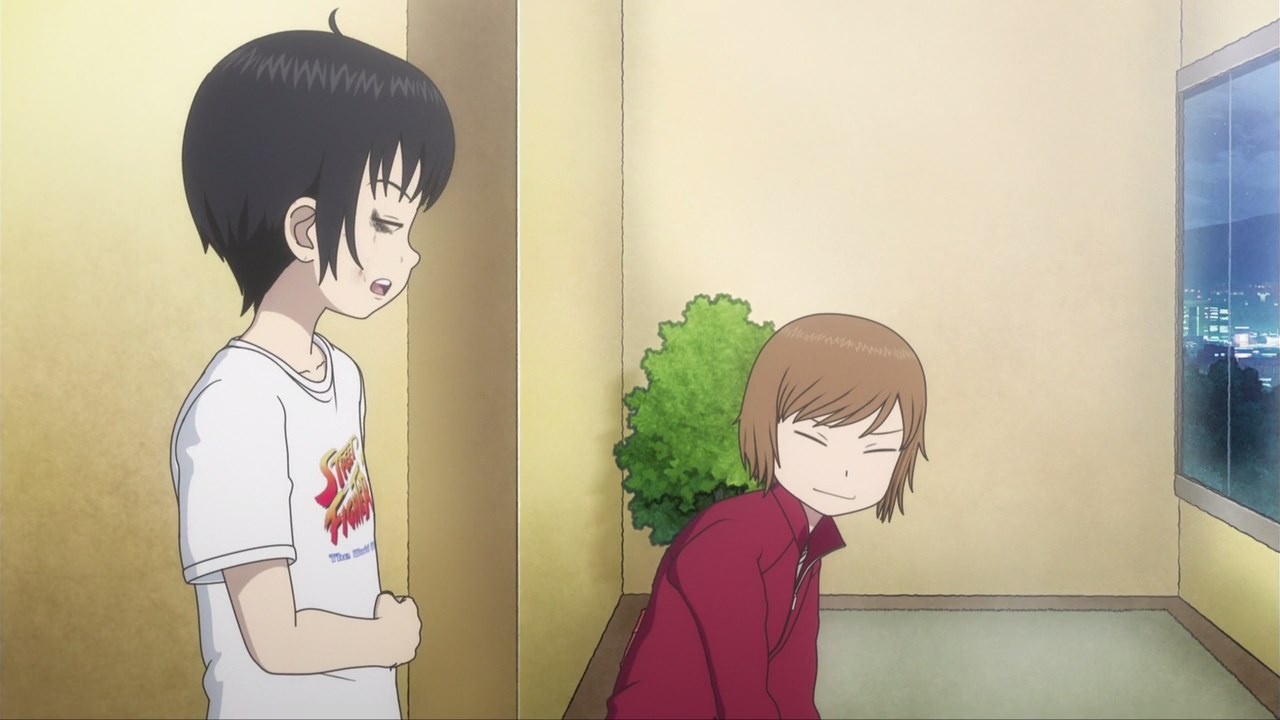 One last thing, remember when Miyao attempts to confess his feelings towards Akira Ono? Well, he decides not to do it because he realized that Akira found something that’s far more important than dating with another guy. And it’s all because of Haruo Yaguchi that Akira still plays video games.

In any case, looks like the Kyoto field trip is over. But you know what, the only thing that worries Yaguchi is not only the hype surrounding the release of Shin Samurai Spirits (or Samurai Shodown 2), but his academic future because he’s really bad at studying and he might get a repeat. Anyways, I’ll see you next time!