Free! Dive to the Future Episode #08

Posted on September 4, 2018 by benigmatica 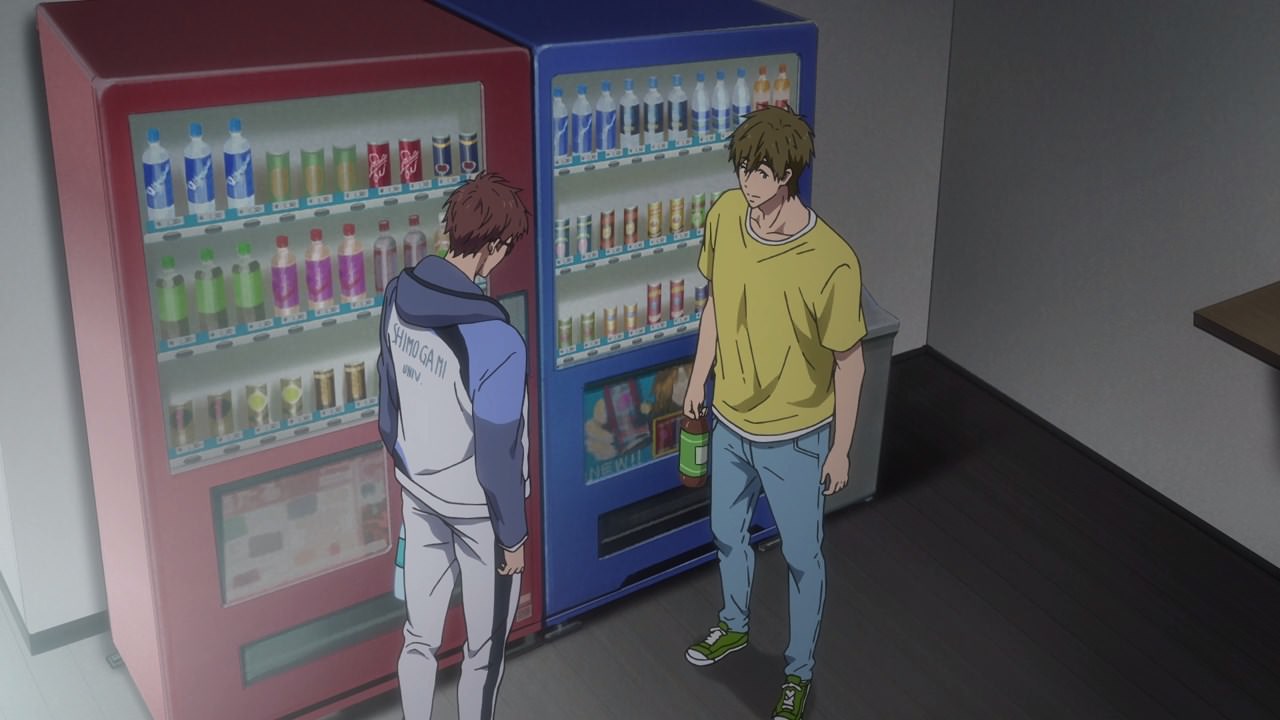 Well look what we have here, Makoto Tachibana has arrived as he told Hiyori Toono that he should understand Haruka Nanase more when they’re in a pool together.

Of course, he would scot it off because Hiyori considers Makoto as a nuisance. 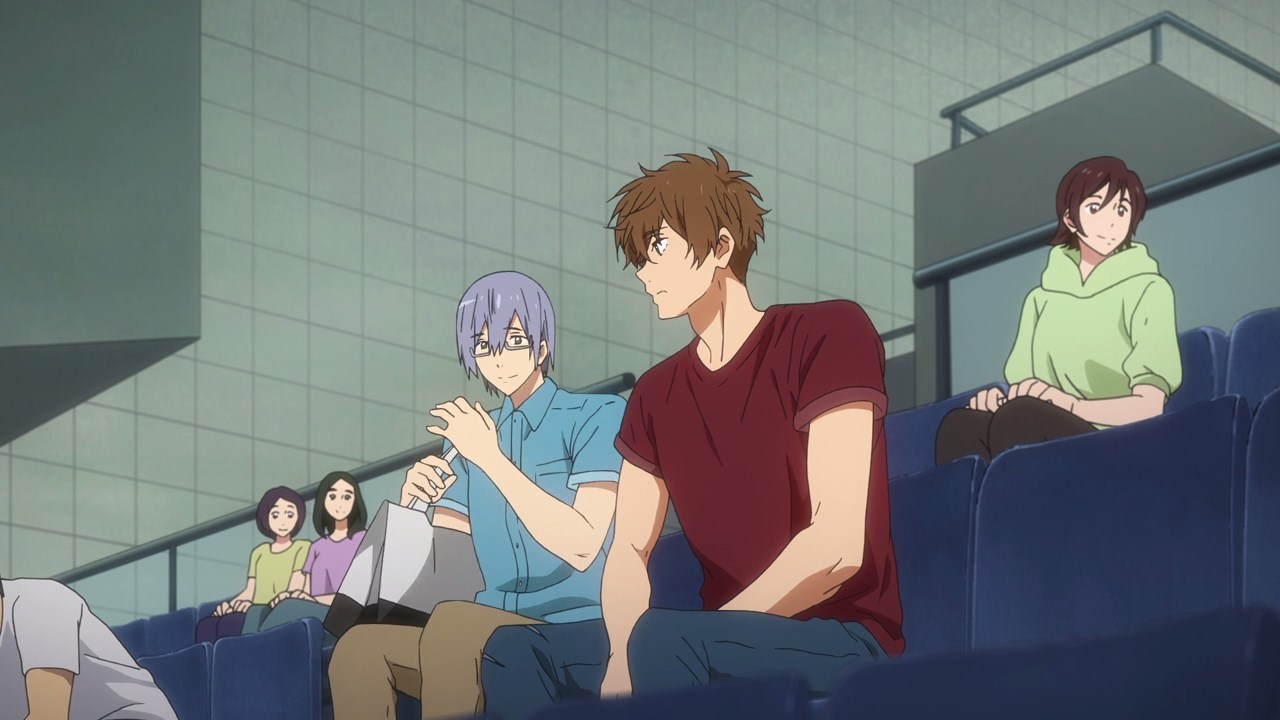 Meanwhile, here’s Natsuya Kirishima as he’s joined by Nao Serizawa to watch the individual medley event. Of course, Natsuya is worried about his brother. 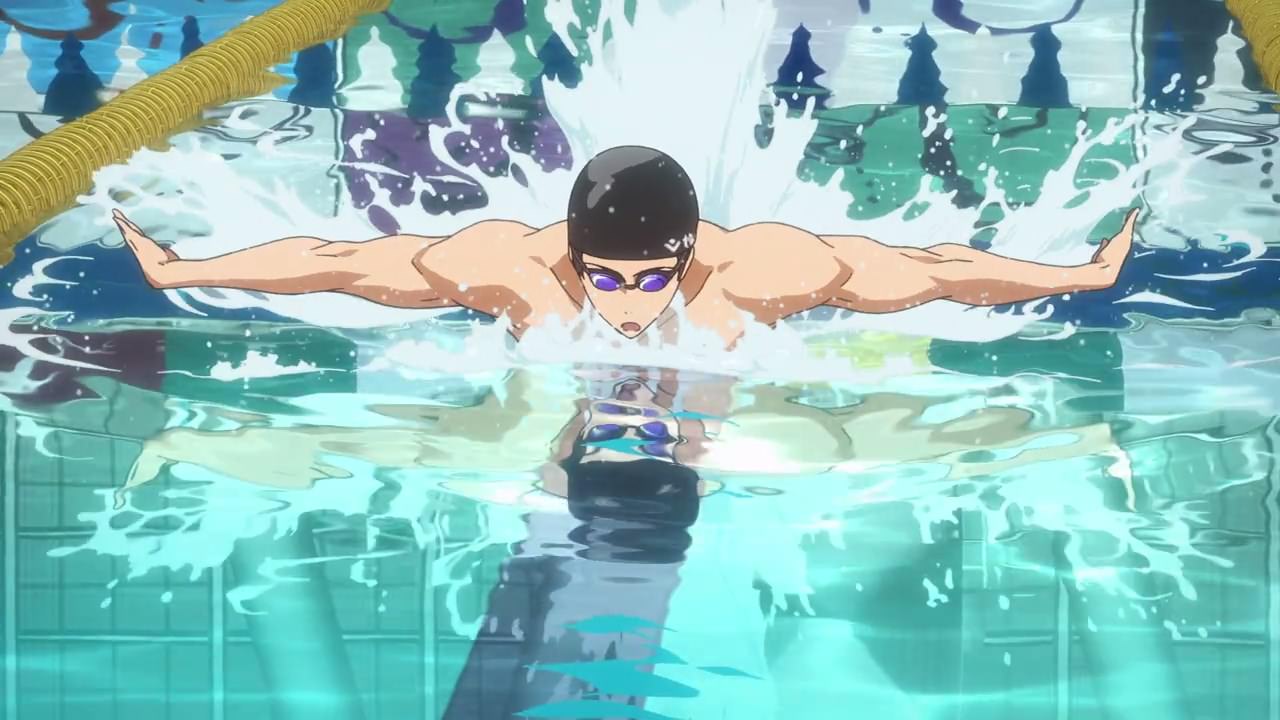 Anyway, it’s time for the individual medley event where Haruka Nanase and Ikuya Kirishima will compete to see who’s the best.

Now, let’s not forget that Ryuuji trained Haruka to swim in other strokes and it shows that the results of the training have paid off. 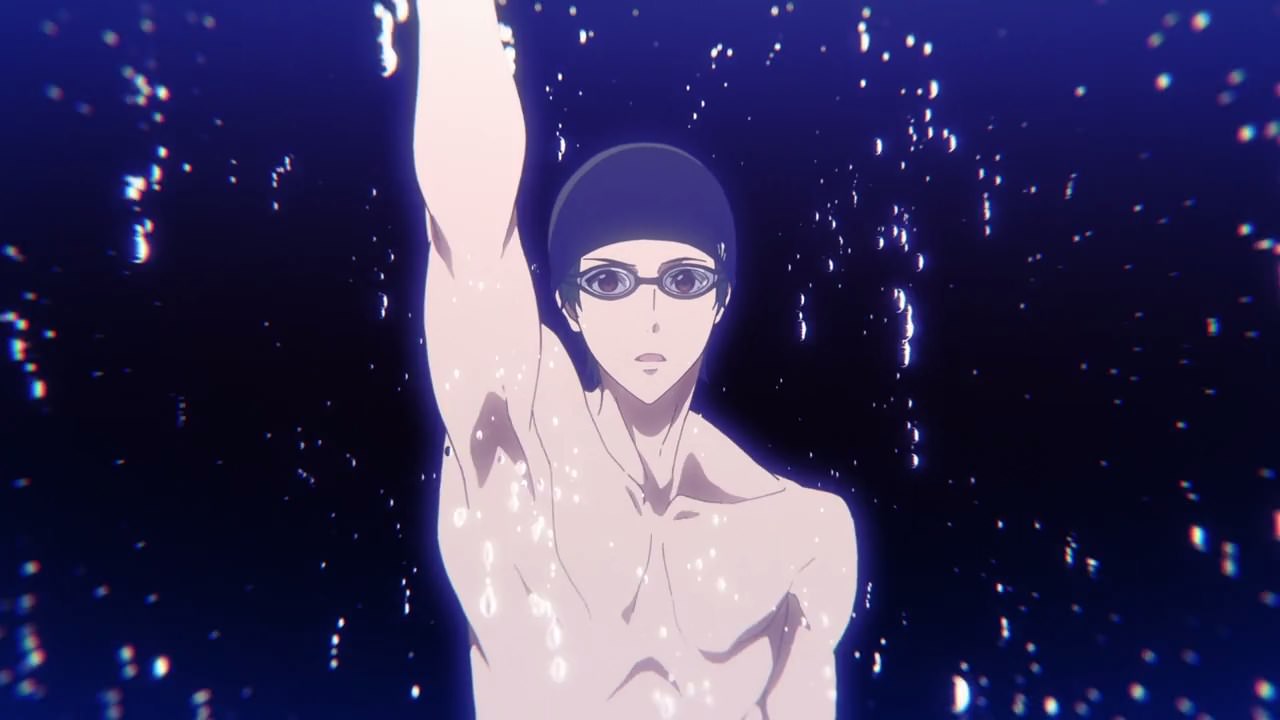 But for Ikuya however, it seems that he’s struggling to keep up with Nanase. But you know what, I think that the reason why he couldn’t keep up the past is because of himself.

In fact, his heart is closed off to Haruka and his friends when they try to approach him, and that’s the reason why he’s slowing down to the point of getting himself drowned. 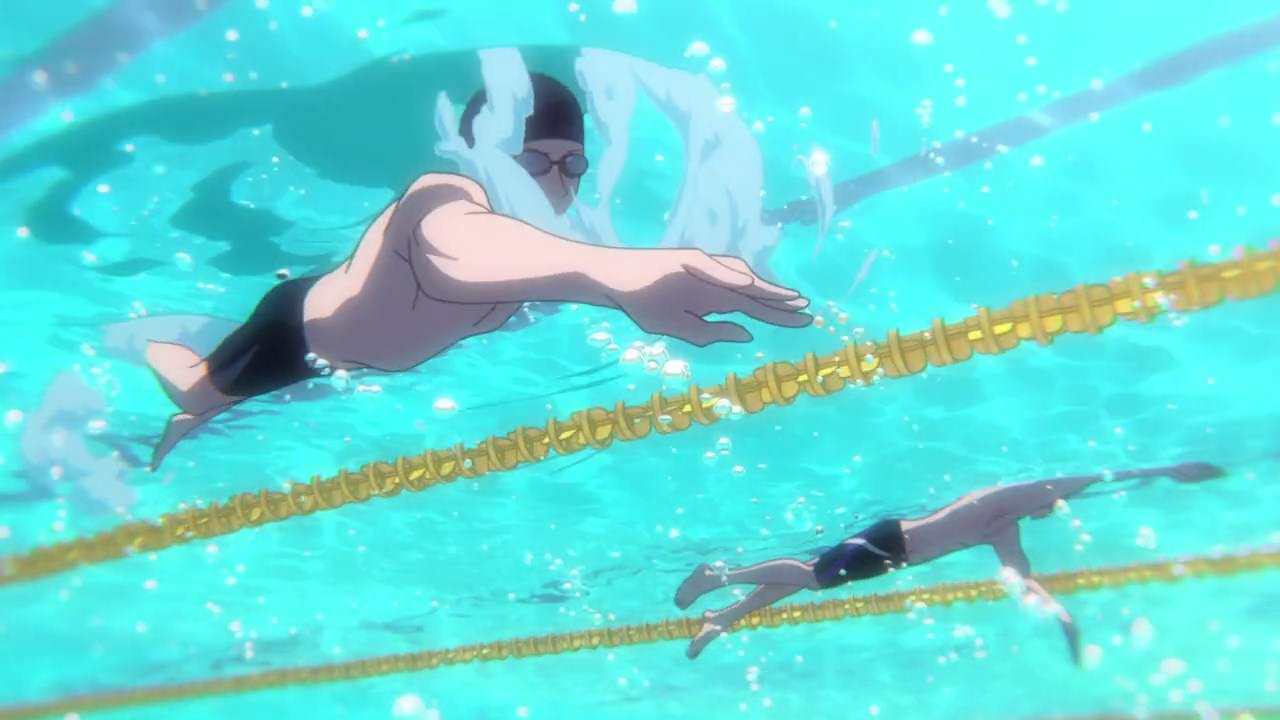 So, Ikuya realized that he needs to open his heart as he picks up speed, gaining closer to Haruka towards the finish line. 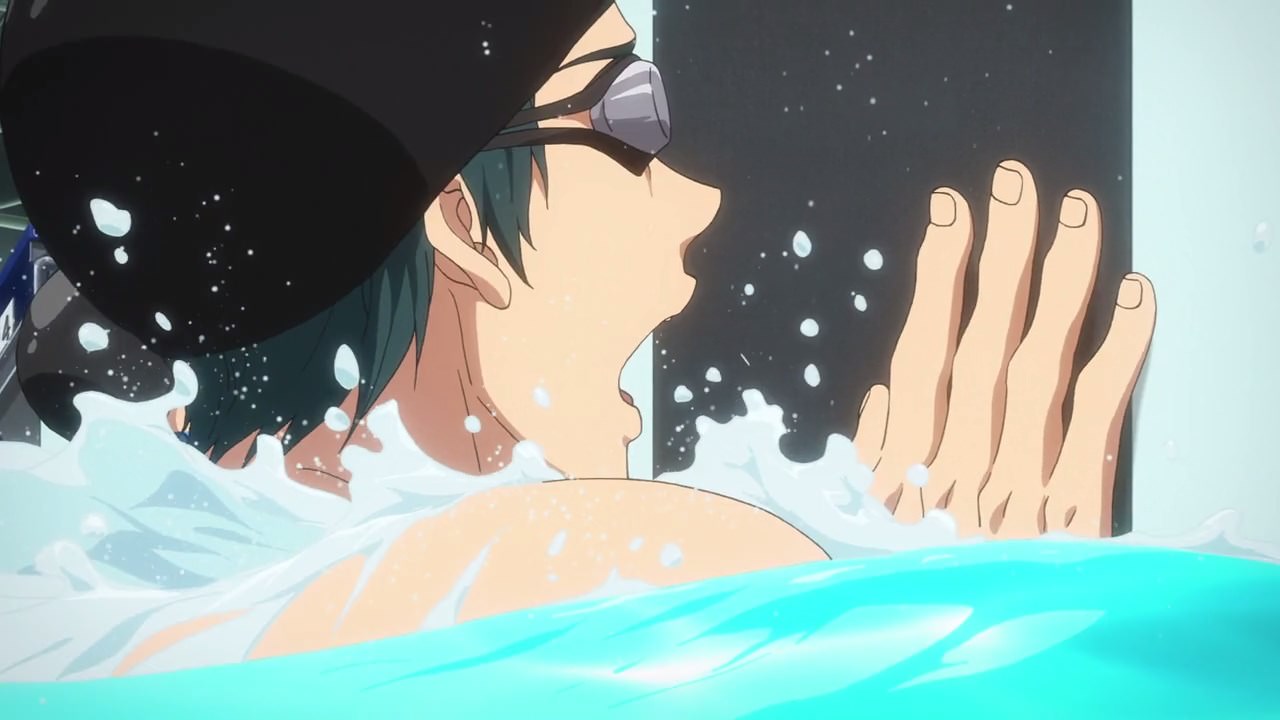 In any case, the individual medley event has ended with Ikuya Kirishima as the winner. Yeah, it’s not surprising to see him win this event, but I’m impressed in regards to Haruka’s performance despite being a freestyle swimmer. 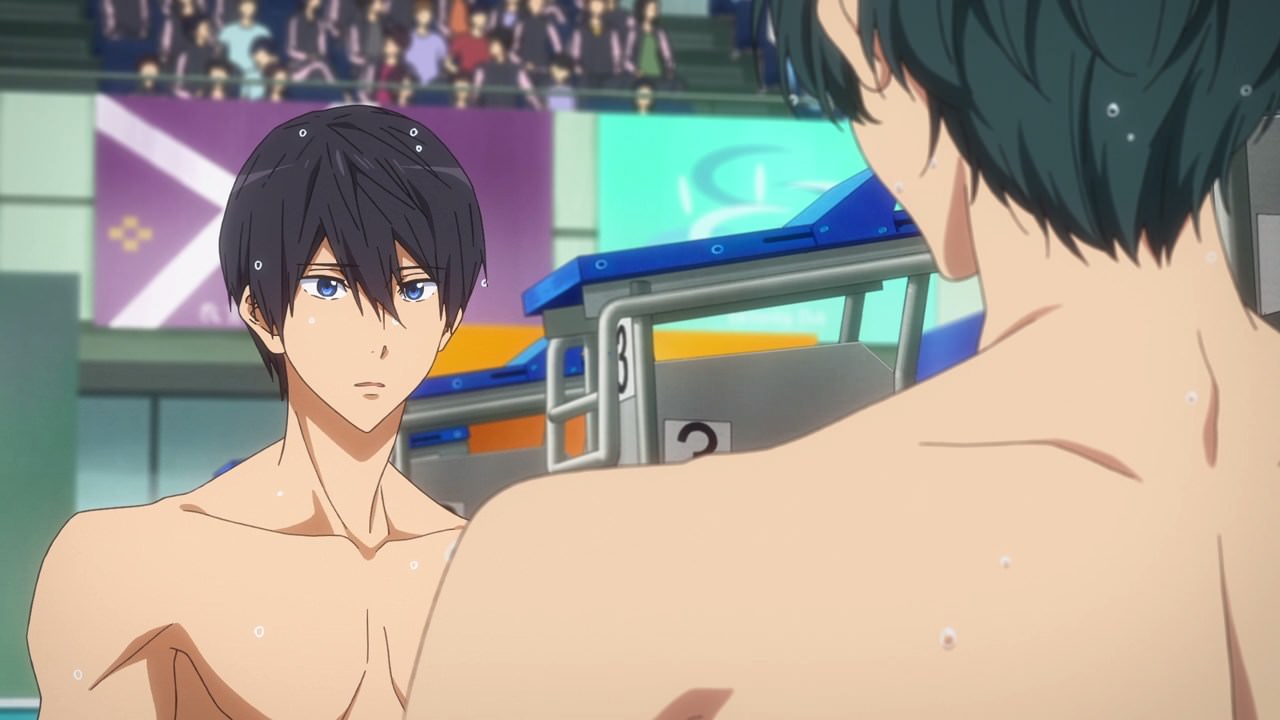 But as for Haruka Nanase, he welcomes Ikuya back as Haruka congratulates him for winning the event. 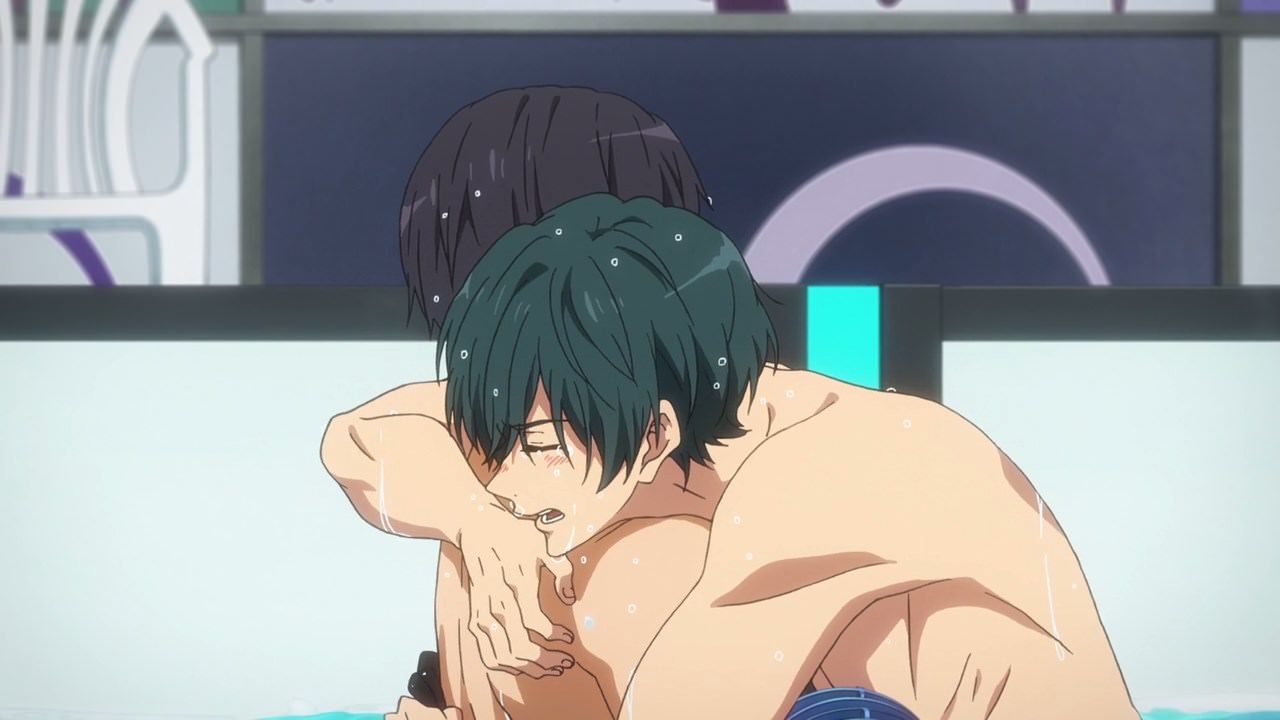 With that said, looks like Ikuya Kirishima has finally returned to Haruka as he hugs his dear friend. Isn’t it sweet that they’re friends again? 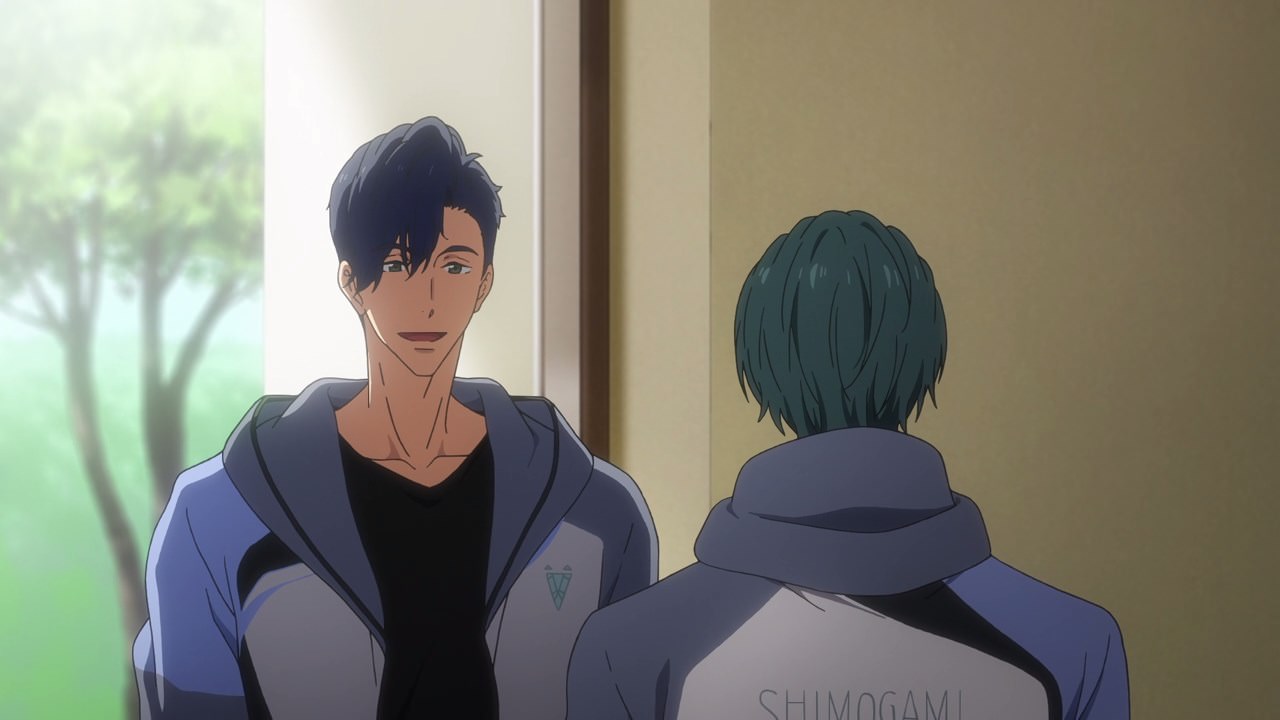 Afterwards, Captain Hoshikawa asks Ikuya if he could join the relay race. Come to think of it, it’s been a long time since Kirishima participated in a relay event. 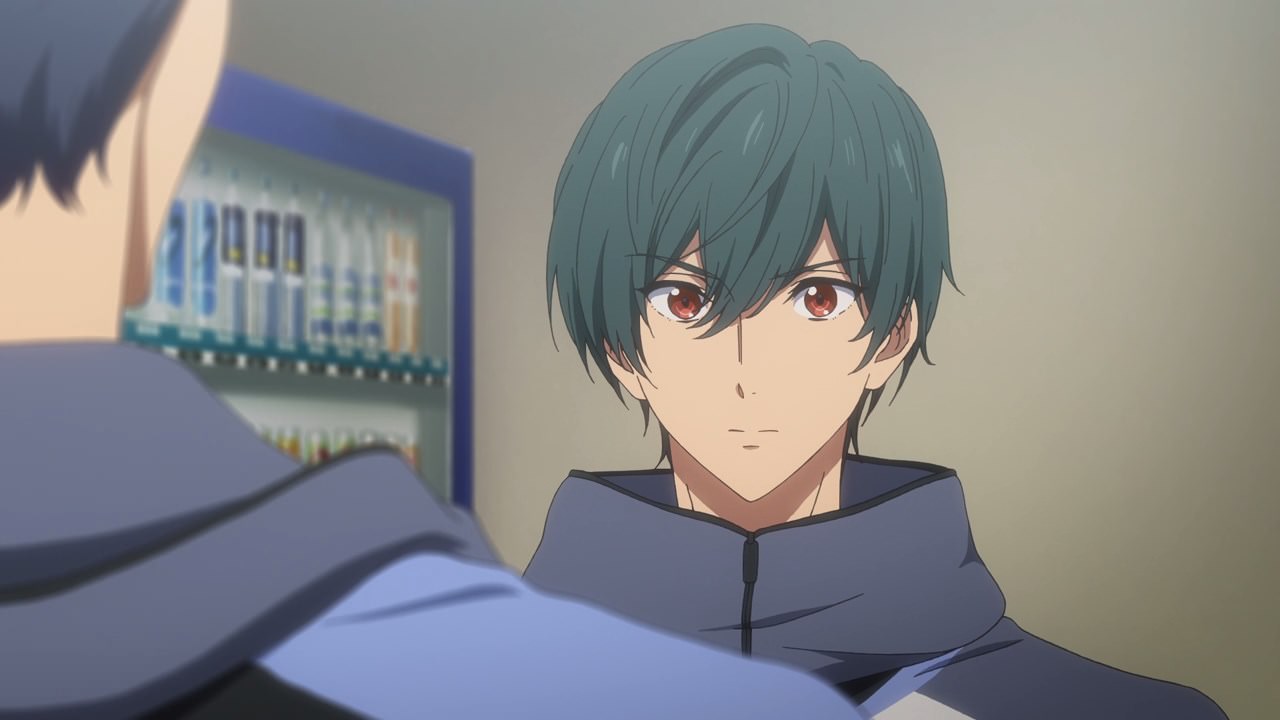 With that said, Ikuya agrees to participate in the relay race. Of course, he wants Hiyori to join too because Ikuya is at his best when his friend is with him. 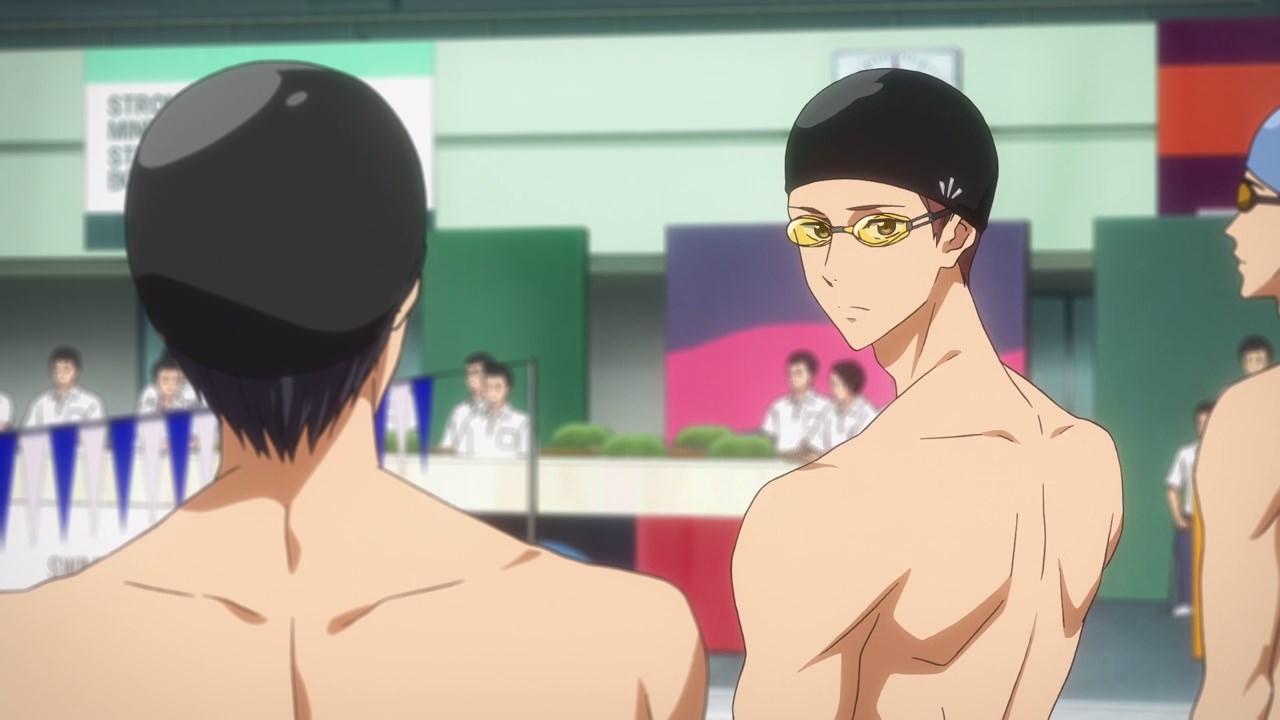 Anyways, looks like Hiyori Toono has joined the relay race and he’s up against Haruka Nanase. Now, Hiyori has little chance of beating Haruka as freestyle swimming is his forte. 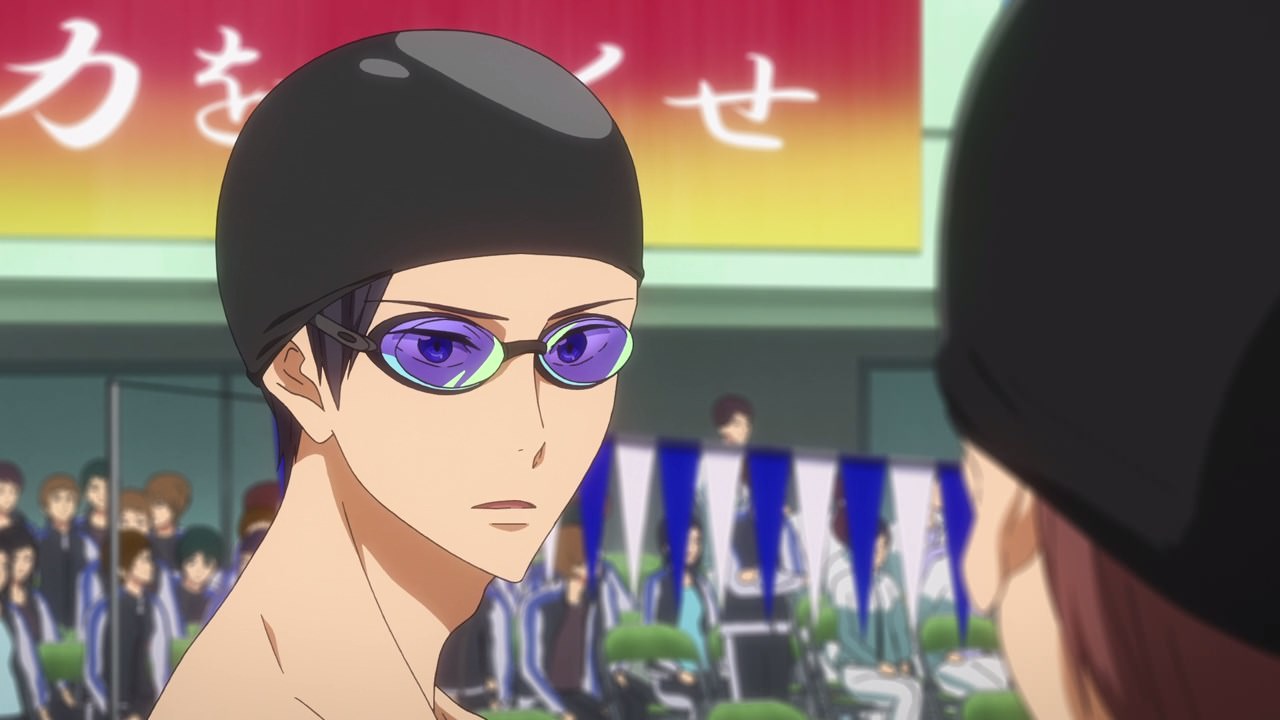 But as for Haruka however, he told Hiyori to trust his friend because Ikuya believes in him. Yeah, I hope that Hiyori won’t disappoint Ikuya once the last leg of the relay race has begun. 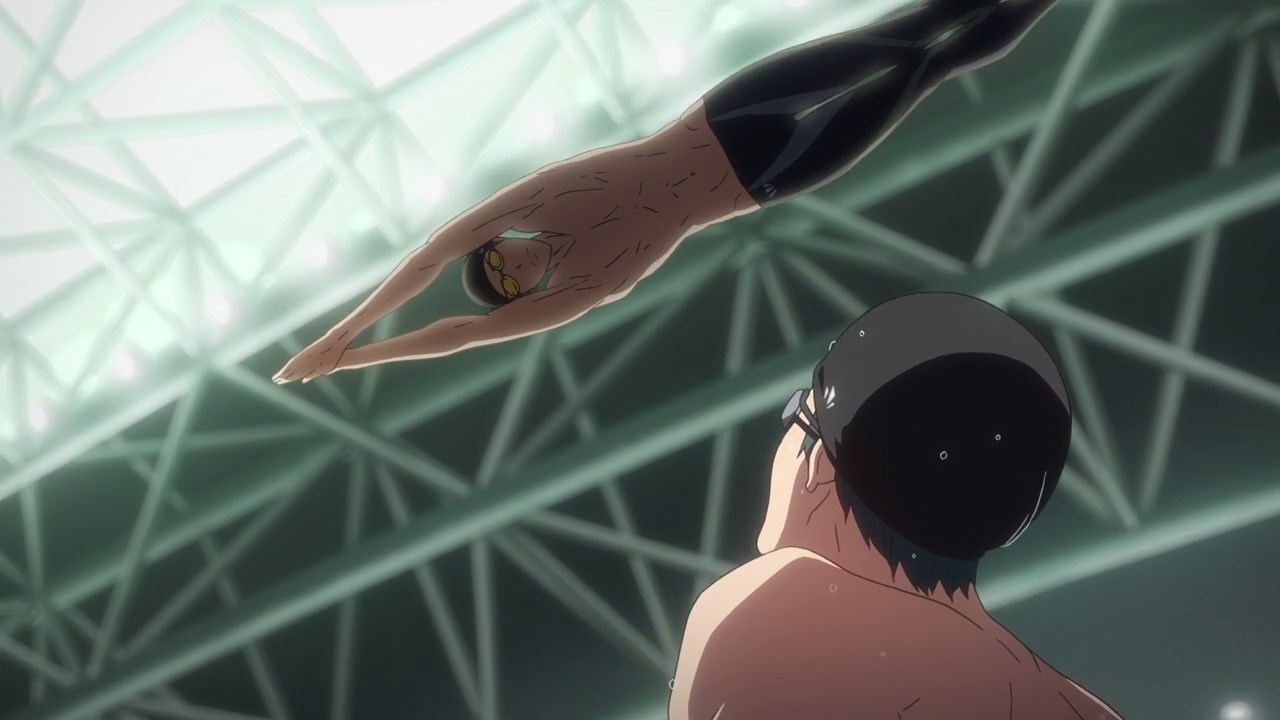 And so, it’s time for the final stretch where Ikuya made a tag to Hiyori and began his freestyle swim towards the finish line. After all, Ikuya believes in his friend’s abilities. 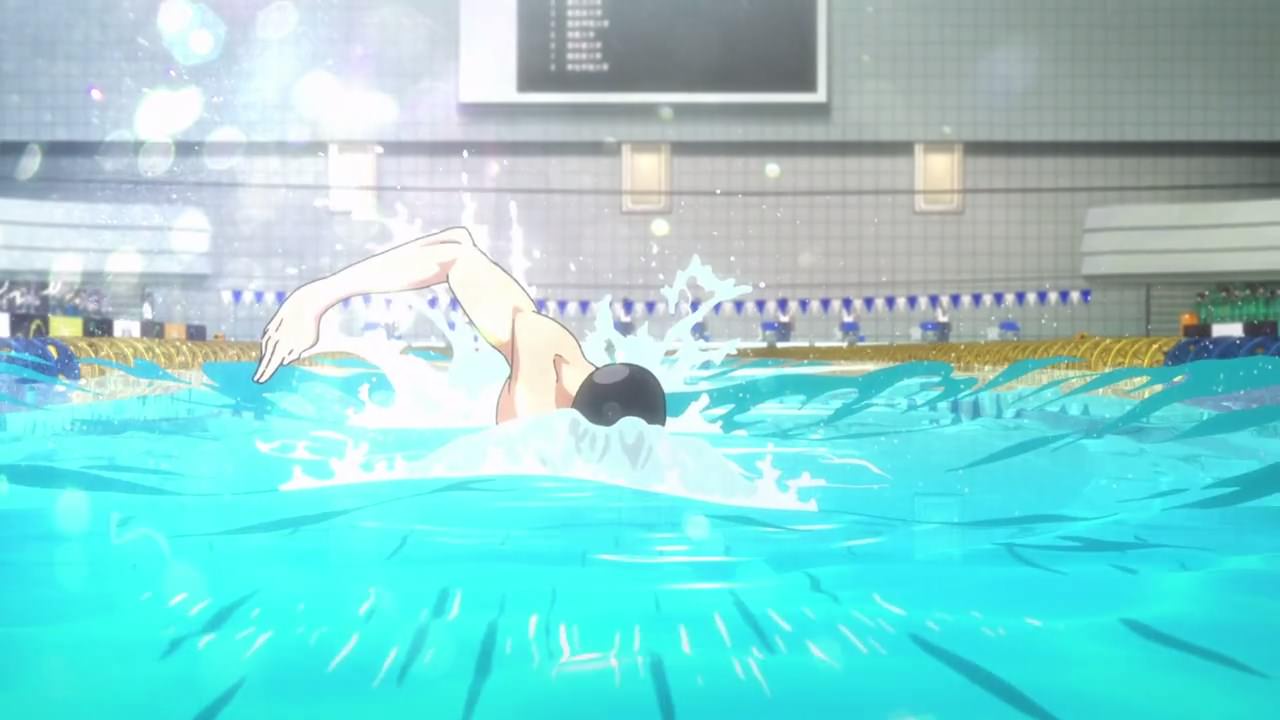 Speaking of Hiyori Toono, looks like he’s struggling a bit until he finally understands what Makoto Tachibana is saying earlier.

That’s right, Hiyori somewhat understands Haruka as he swims towards the finish. 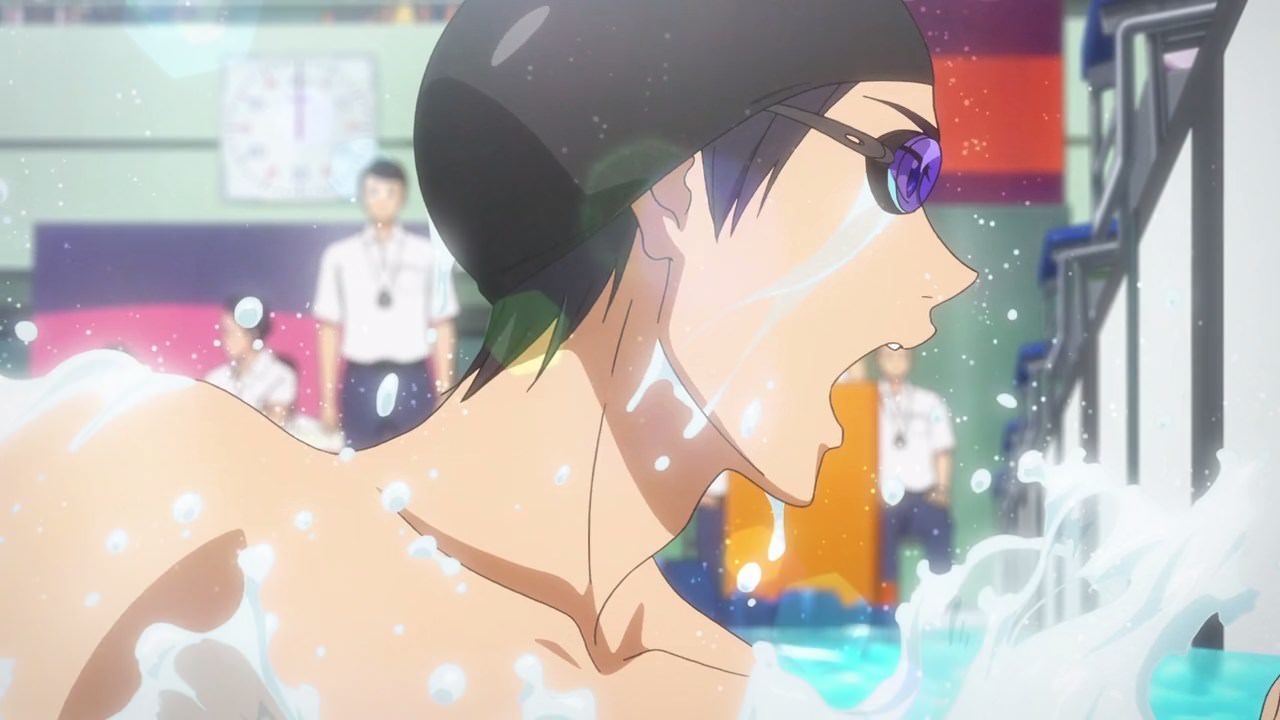 Eventually, the relay race has found a winner when Haruka Nanase crossed the line, thus Hidaka University has won the final event for this tournament. 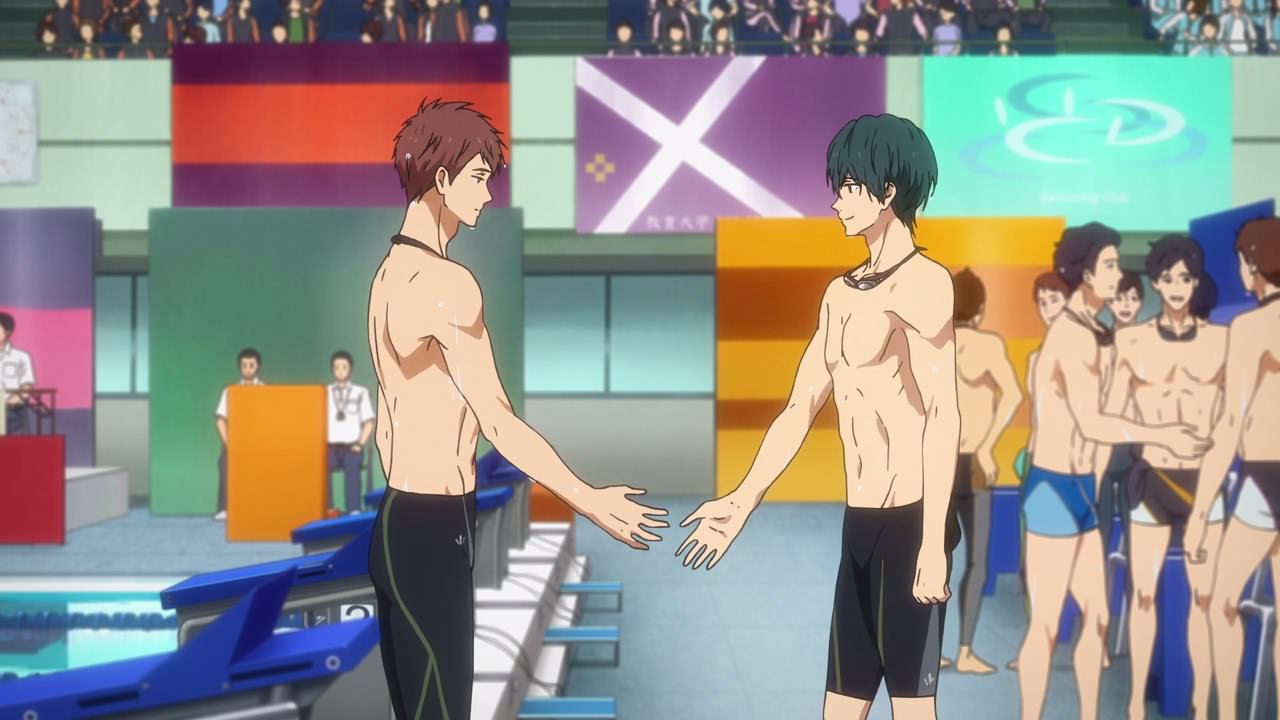 But you know what, the results doesn’t matter for either Hiyori and Ikuya anymore as they finally reconcile after their fall-out from Episode 6. All’s well that ends well for this episode! 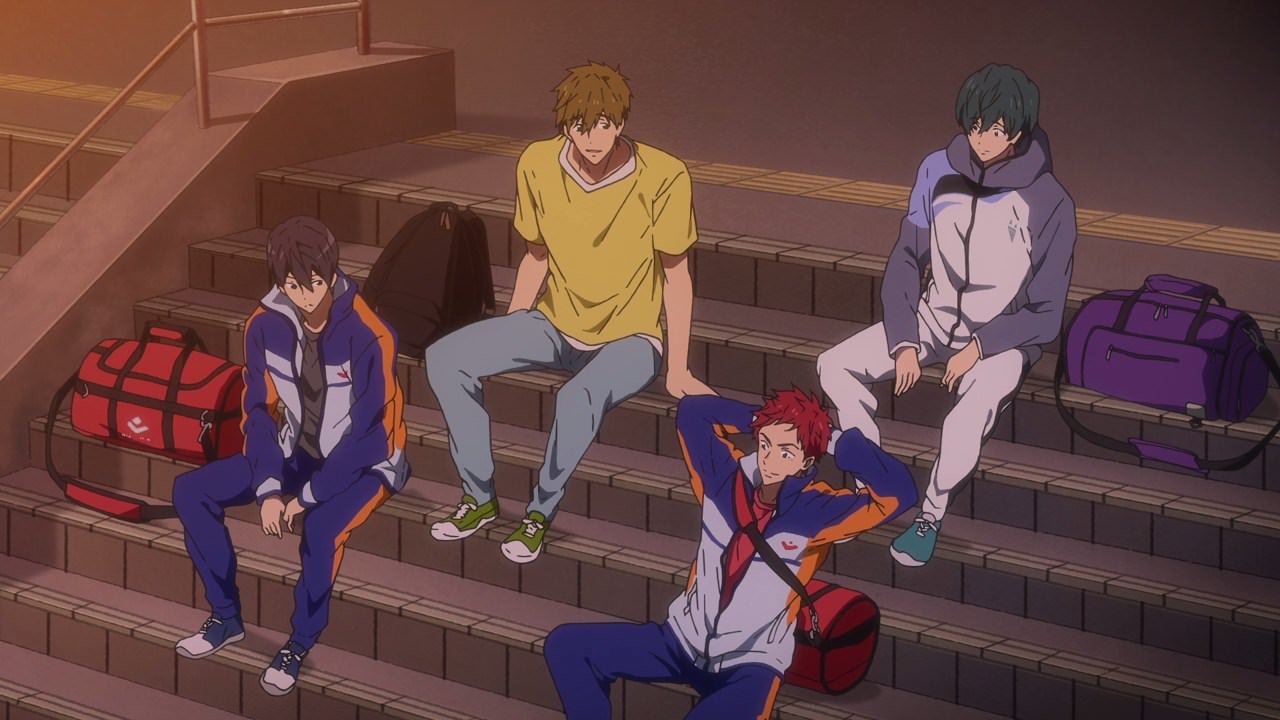 And not only that, but Ikuya Kirishima can finally spend some time with his middle-school friends as they talk about those memories and what they missed. Gotta say that Ikuya has gotten better now that his heart has opened up to the likes of Haruka Nanase and the rest!

Anyways, looks like I’m done with Episode 8 as I look forward for the next episode. Will Rin Matsuoka return to Japan to settle things with Haruka Nanase, or something else that’ll surprise me? We’ll find that out next time!