Posted on September 5, 2018 by benigmatica 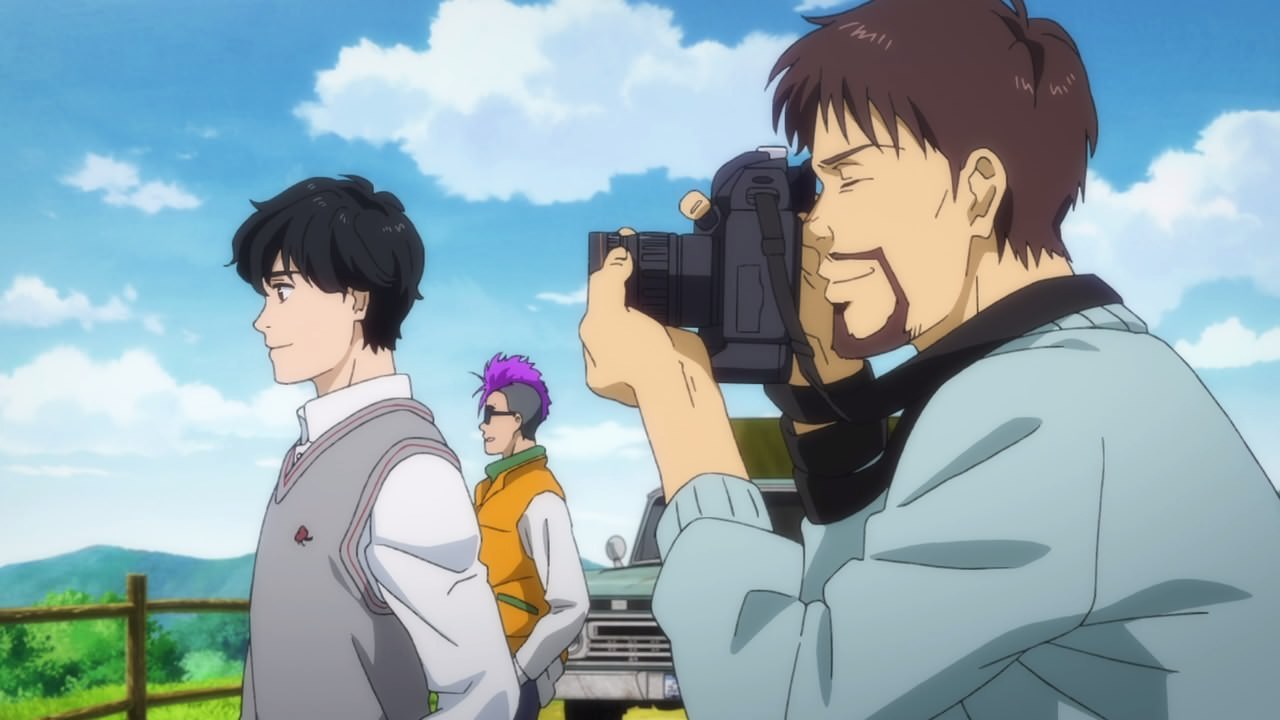 Welcome to Boston, Massachusetts where Ash Lynx and his brother Griffin used to live there.

While the likes of Eiji Okumura and Shunichi Ibe are mesmerized by its rural setting, Ash is not happy to return to his hometown because he has bad memories of it. 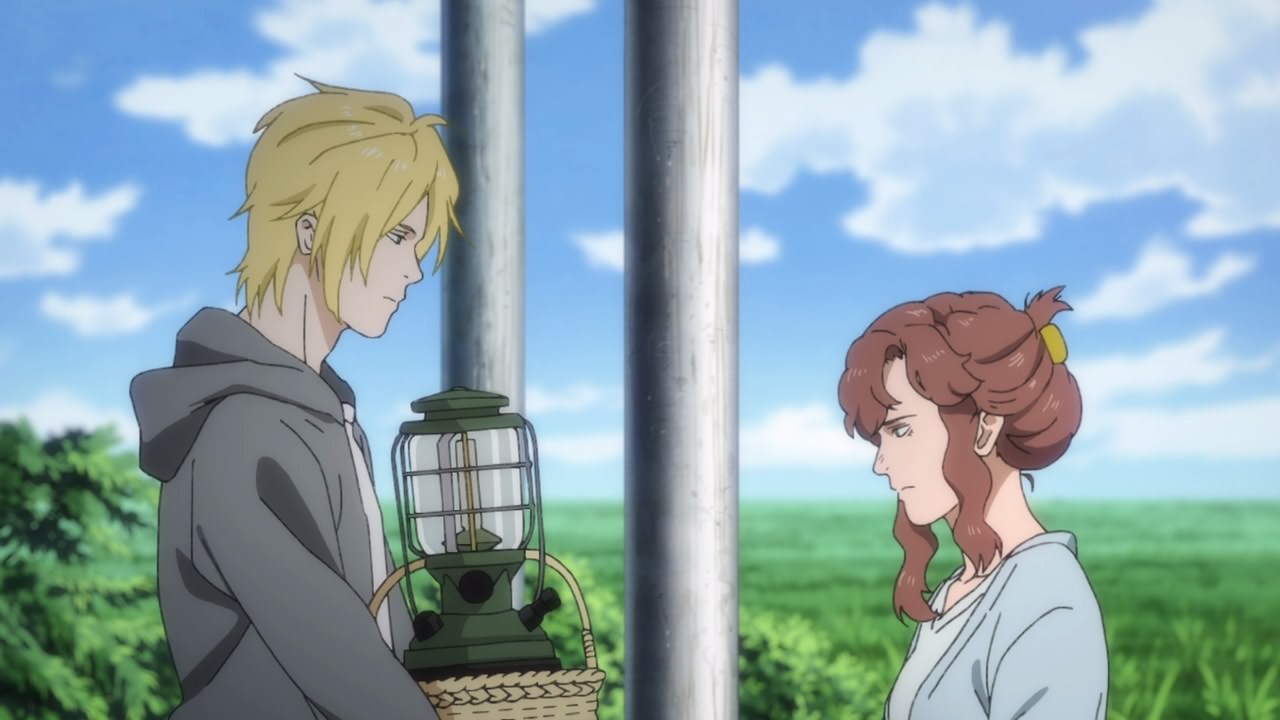 Anyways, Ash Lynx is welcomed by Jennifer who knows about his father Jim. Then again, his father won’t welcome his own son because Jim Callenreese hates him so much. Poor Ash… 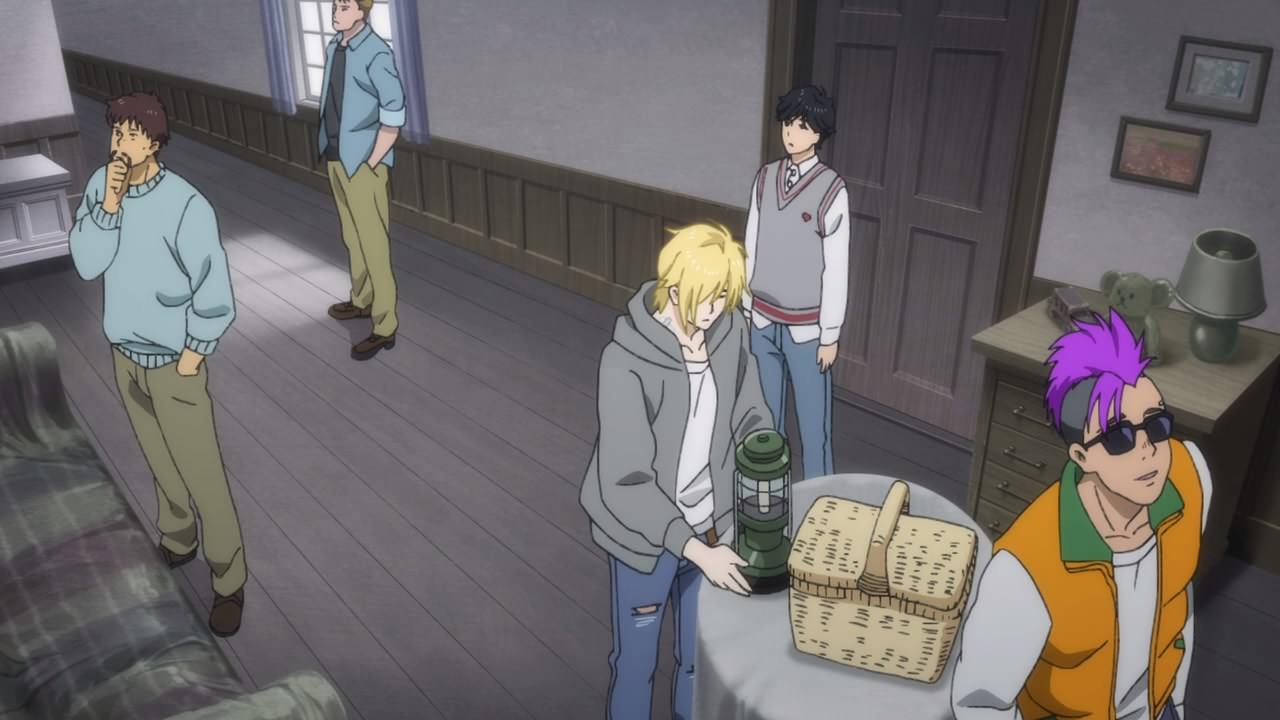 Now then, it’s time for Ash Lynx to get his brother’s stuff and leave. But then again, seems that their truck needs to be fixed first so Ash and the rest decided to stay for a bit longer. 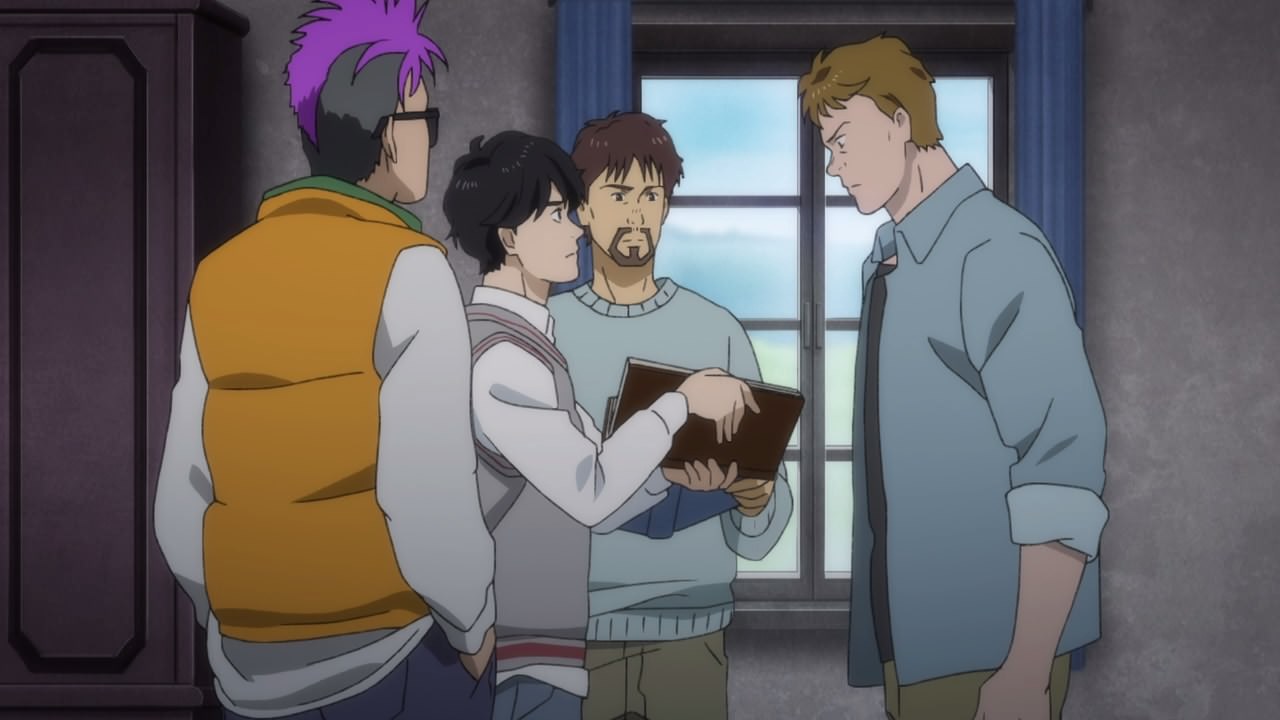 On the other hand, Eiji Okumura and Shorter Wong found a guy who killed Griffin upon looking at the album. So, they asked Max Lobo if he knows about that person. 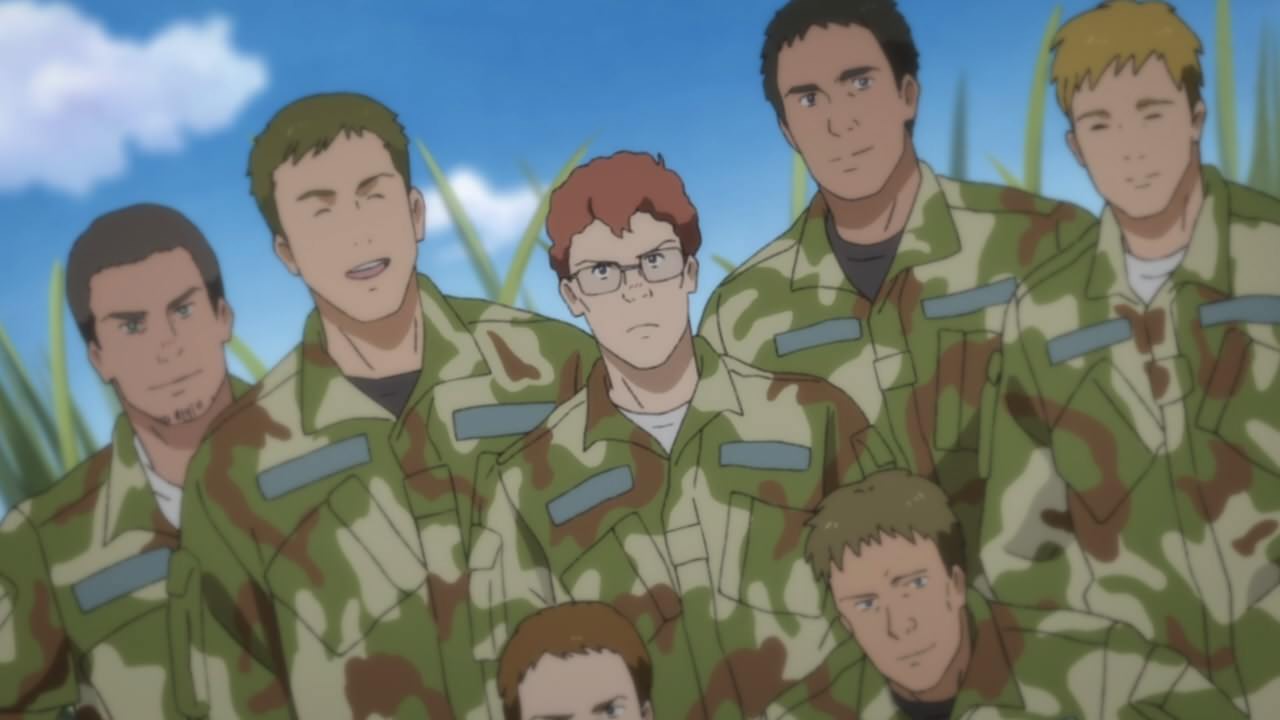 See that guy with glasses? That’s the one who killed Griffin Callenreese as Max pointed out that his name is Abraham Dawson.

Unfortunately, nothing is known about Abraham Dawson apart from living in Los Angeles, whose address that heMax and Ash know is “102, 42 Westwood”. Then again, Mr. Dawson already moved out so it seems that he’s no longer living on that address. 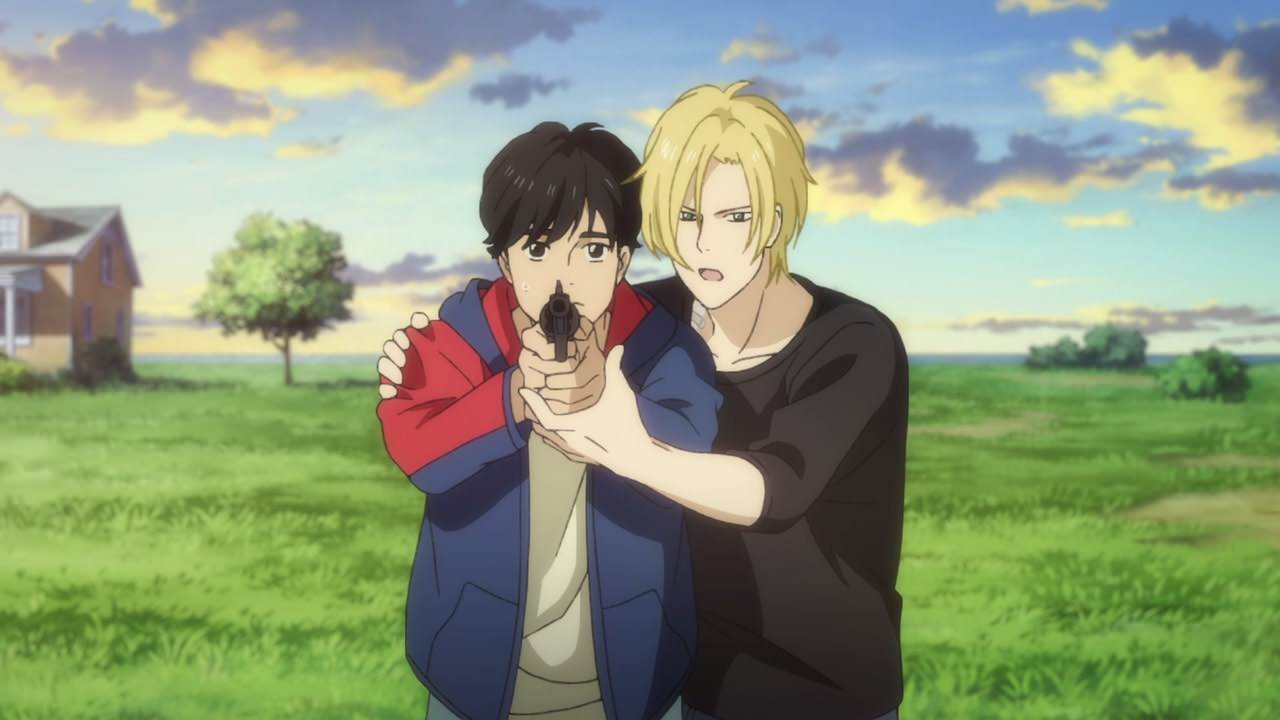 Meanwhile, here’s Eiji Okumura as he learned how to fire a revolver. And while Ash Lynx teaches him on how to pull a trigger, let’s just say that Ei-chan is a lousy gunner especially when handling a magnum revolver. 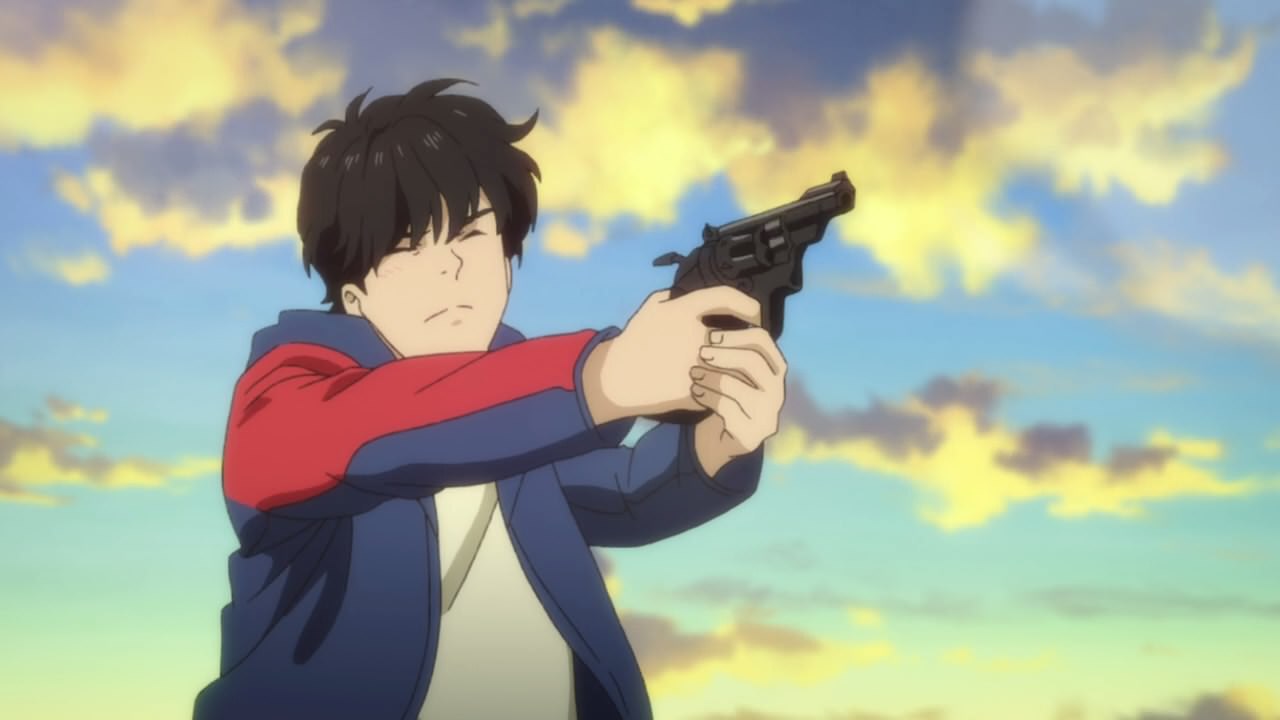 See? He just squint after firing one shot. Oh yeah, and Ei-chan missed his target so he’s better off whacking the enemy than shooting them. 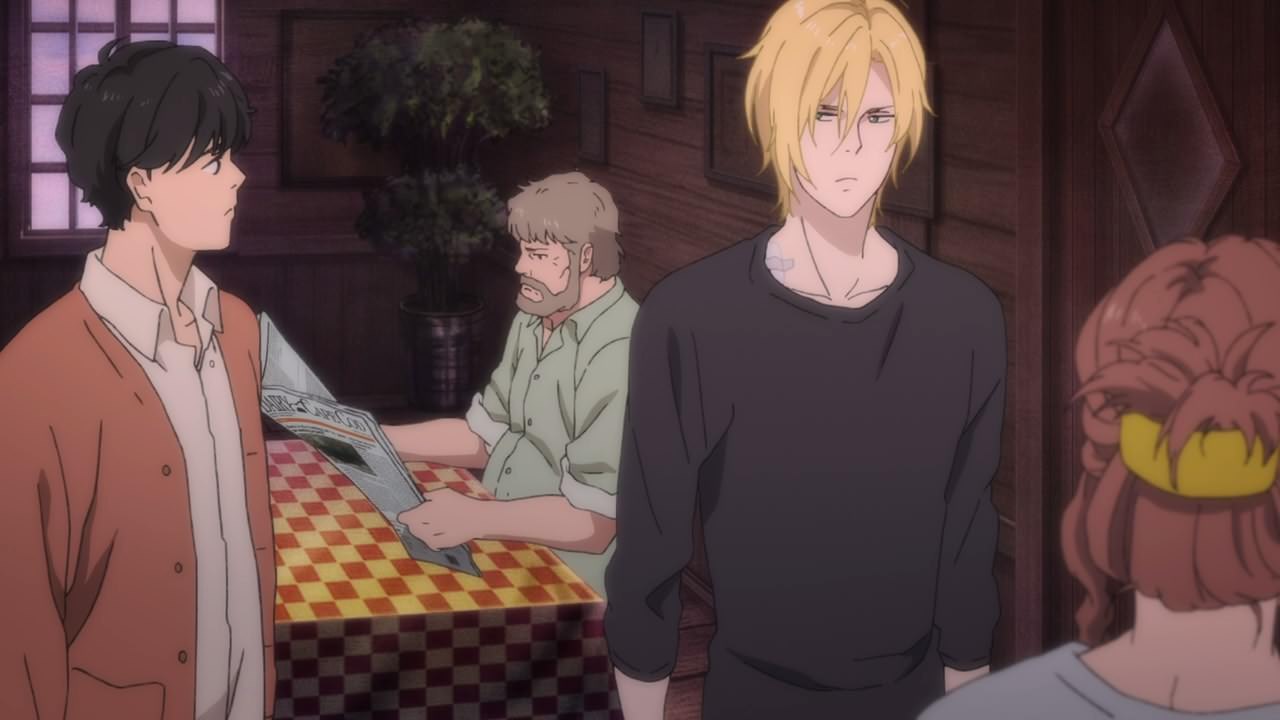 Oh yeah, let’s talk about Jim Callenreese as he doesn’t care about his son Ash being a man-whore to everyone. Um, tagging Ash Lynx as a prostitute is bad because he’s treated as less than human. 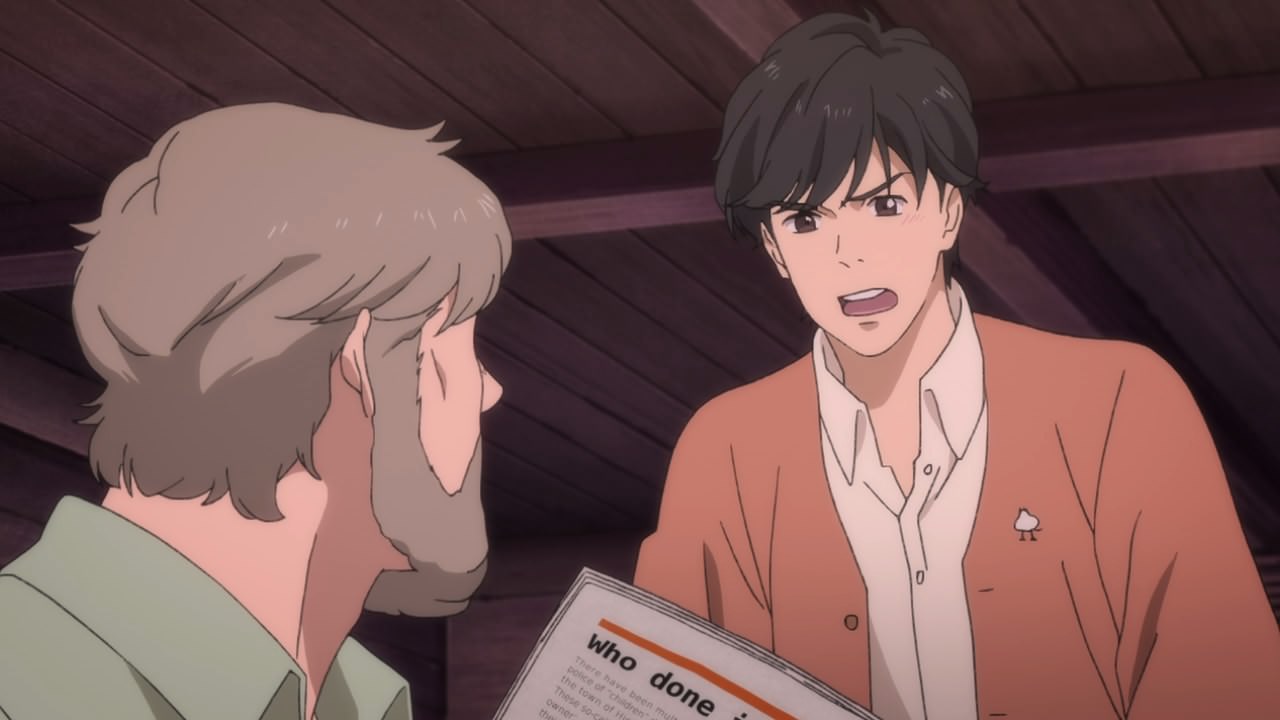 In fact, Eiji Okumura told Mr. Jim to treat his son better. For goodness sake, Jim lost Griffin and Ash is being targeted by the mafia!

But you know what, it appears that Jim can’t help his only son because for one, everyone wants to fuck Ash in the ass. And while Jim expects some asshole to pay up after having his way towards Ash, nobody would give a toss to it. So yeah, Ash had a rougher life that when he’s 8 years old, he killed someone after having his ass raped. 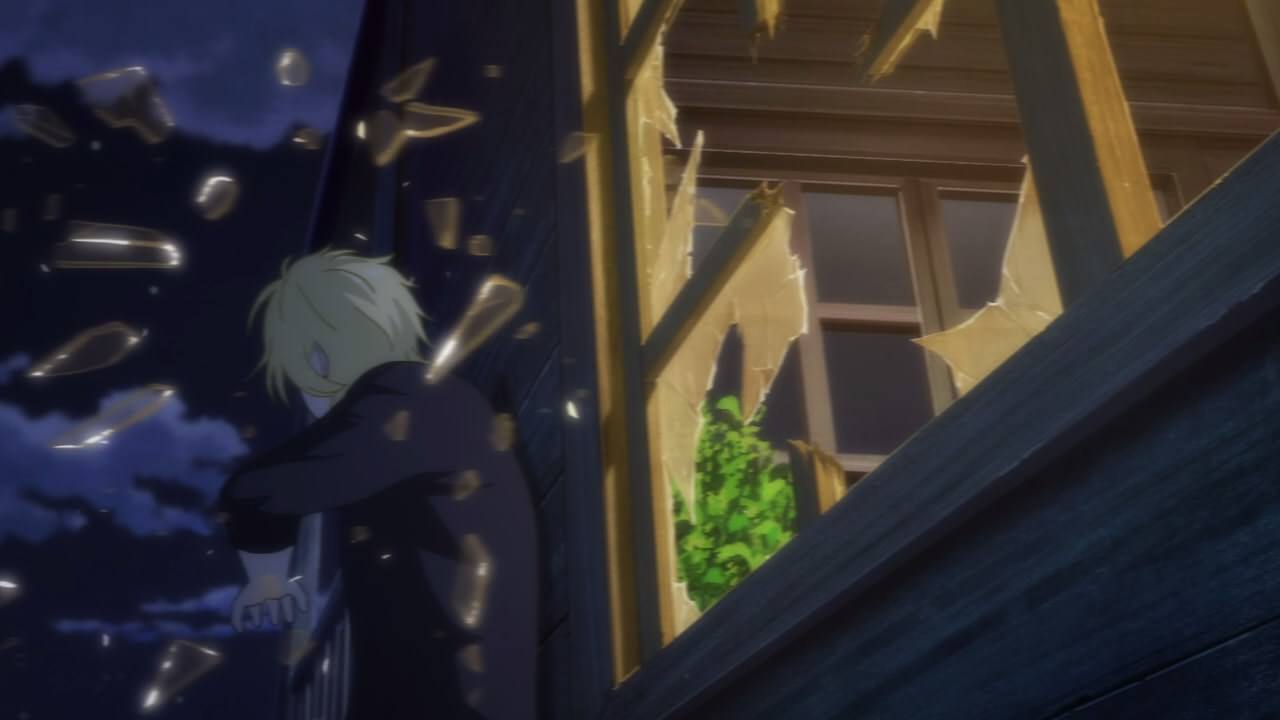 Now then, let’s move onto something serious as there’s a commotion inside the bar. As you can see, Ash Lynx is alarmed by it so what’s going on here? 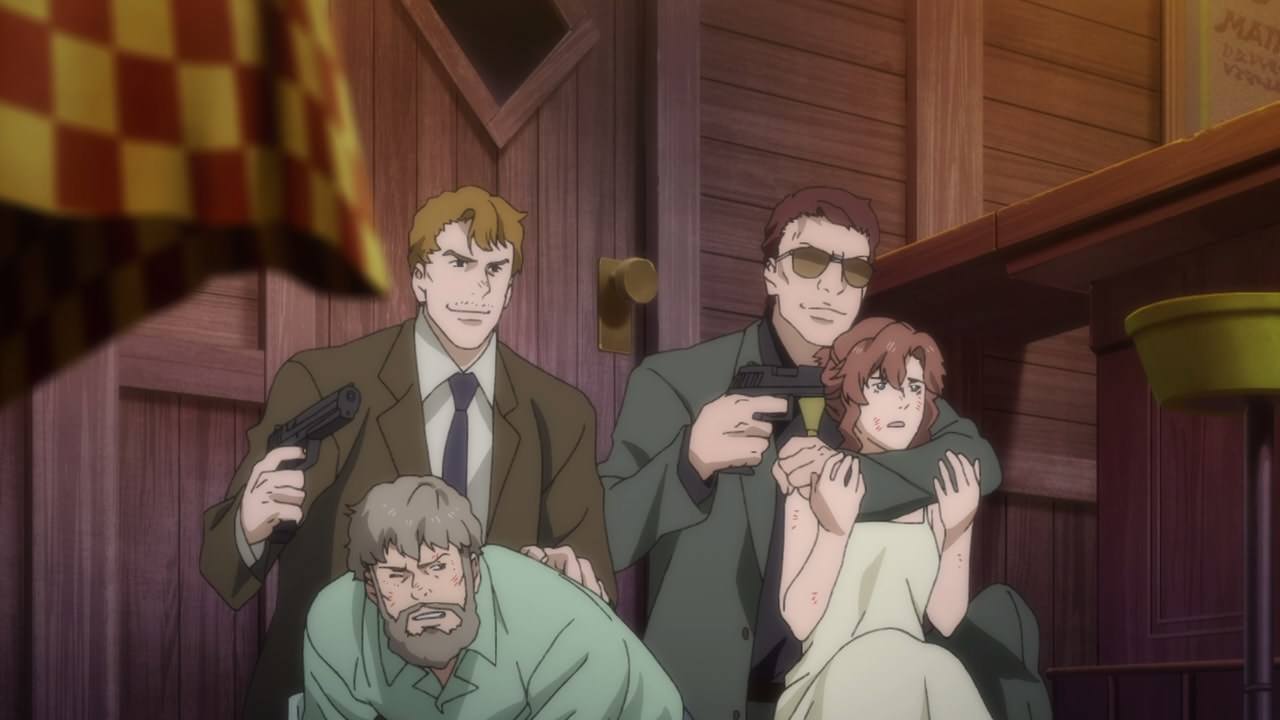 Turns out that two goons from the Corsican mafia have arrived to Boston as they held both Jennifer and Jim hostage. 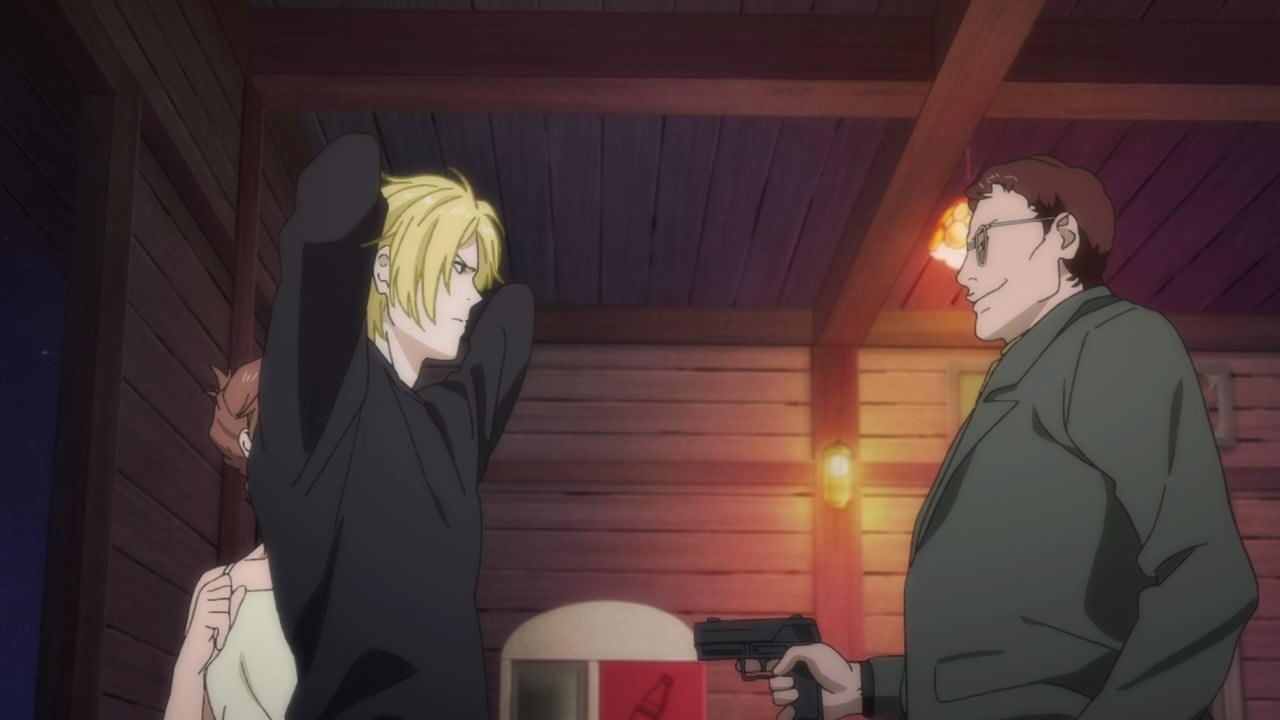 And sure enough, Ash Lynx surrenders. But you know what, Papa Dino’s gangsters won’t let anyone live to tell the tall, so they’ll plan to kill Jennifer and Jim once they captured Ash. 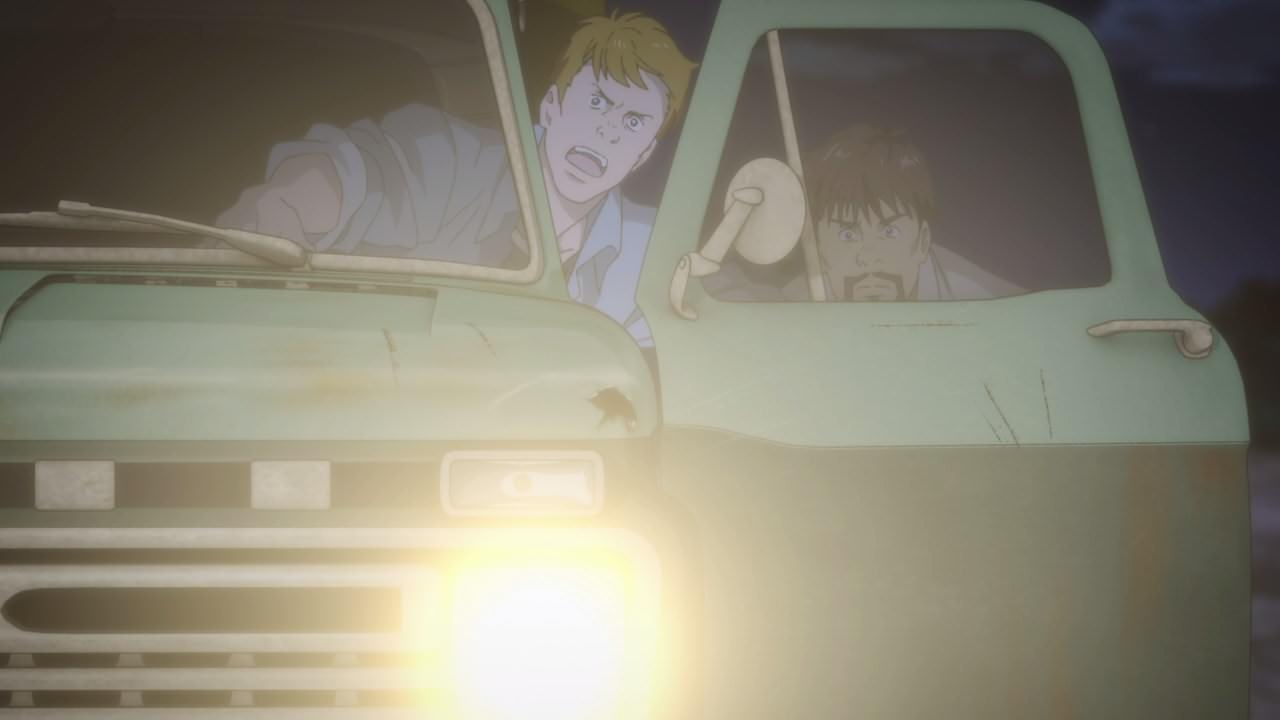 Not until Max Lobo and Shunichi Ibe helped Ash on getting out of a pinch by making a fake police threat. Gotta say that their truck is handy in this situation. 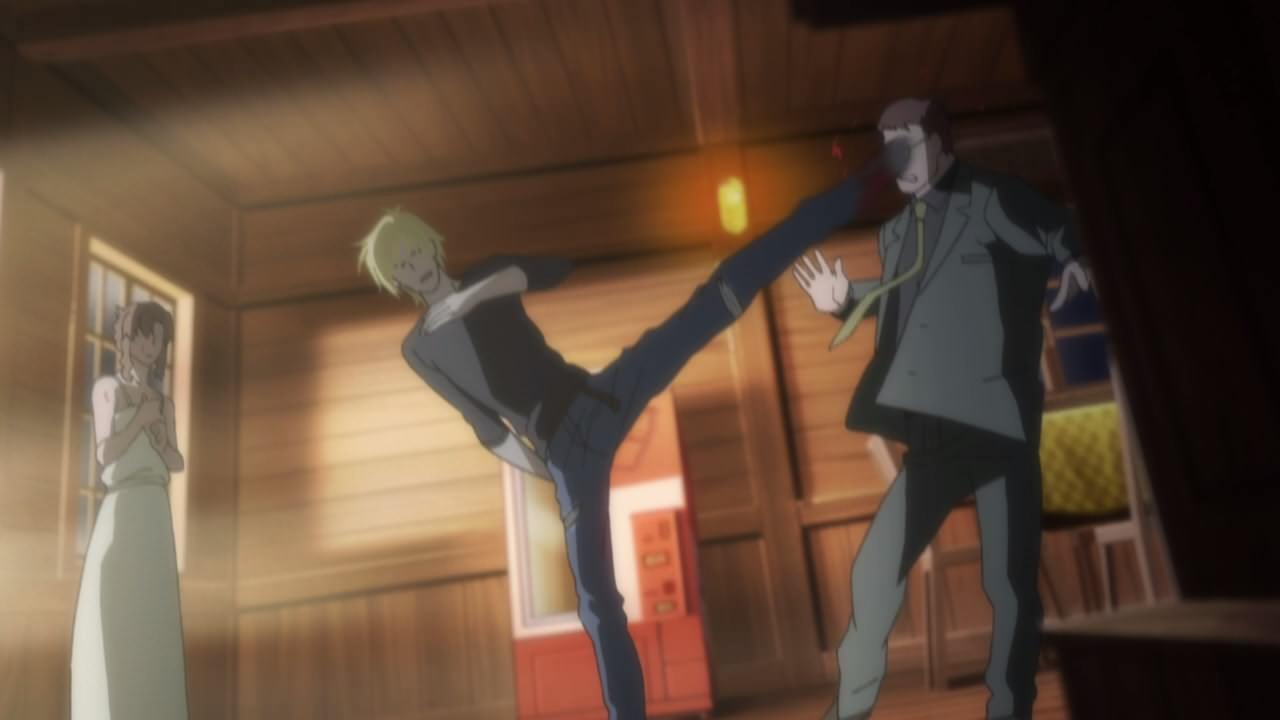 And thanks to that, the thugs got distracted as Ash Lynx kicked the gun away from the goon’s hands. You don’t want the bad guys shooting at him or any of the hostages. 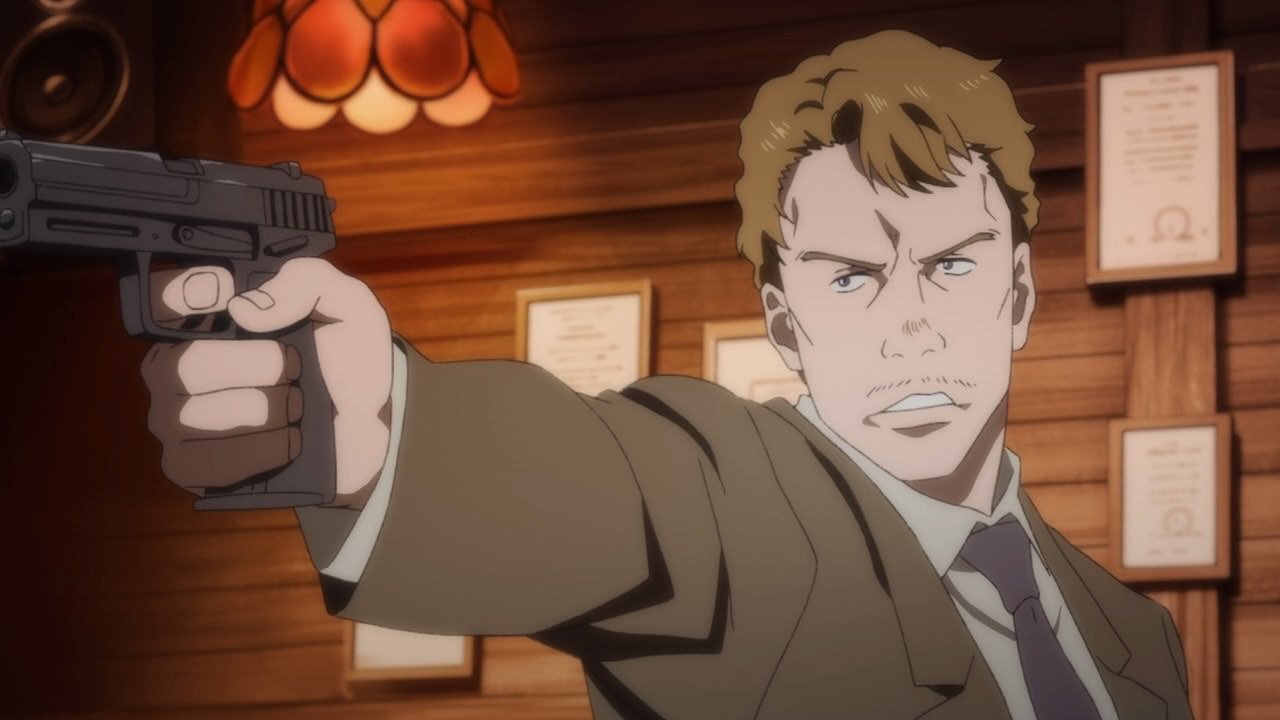 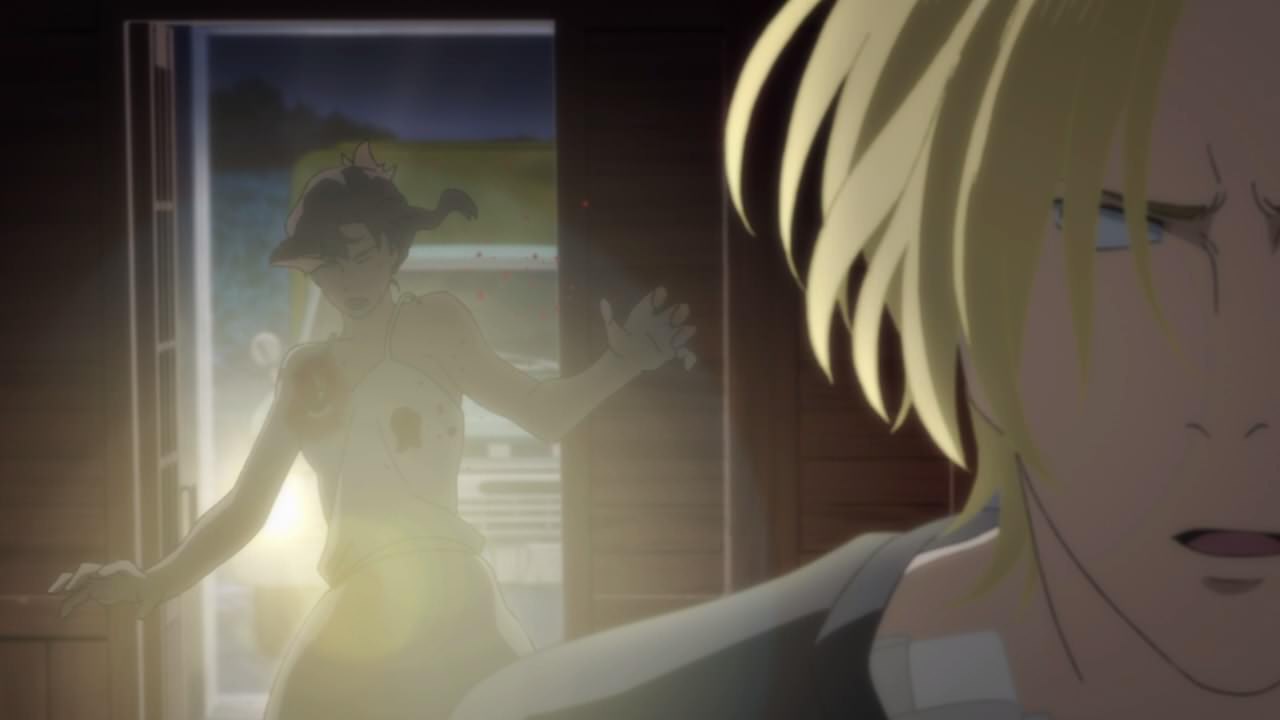 Sadly, there’s another guy who shoots Jennifer in the chest. Dammit, I don’t think that she’ll live as she’s peppered by bullets! 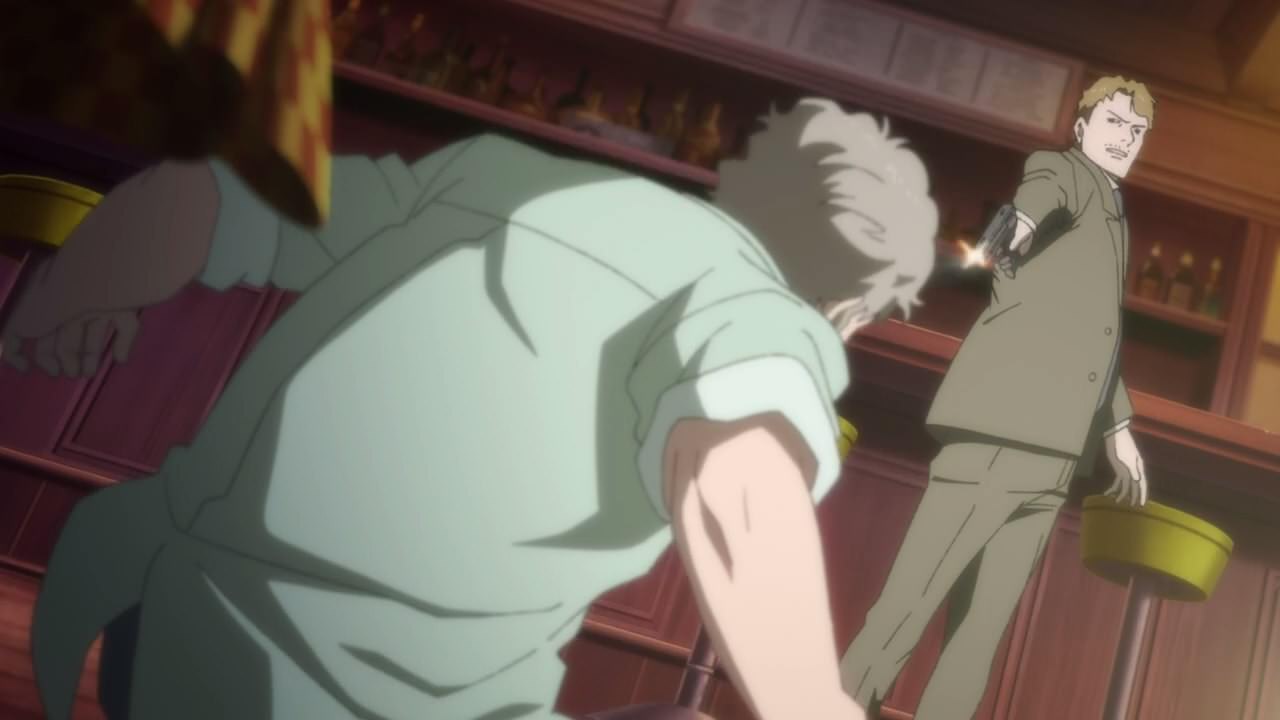 And not just Jennifer, but this goon shoots Jim Callenreese too. This is so despicable to be honest! 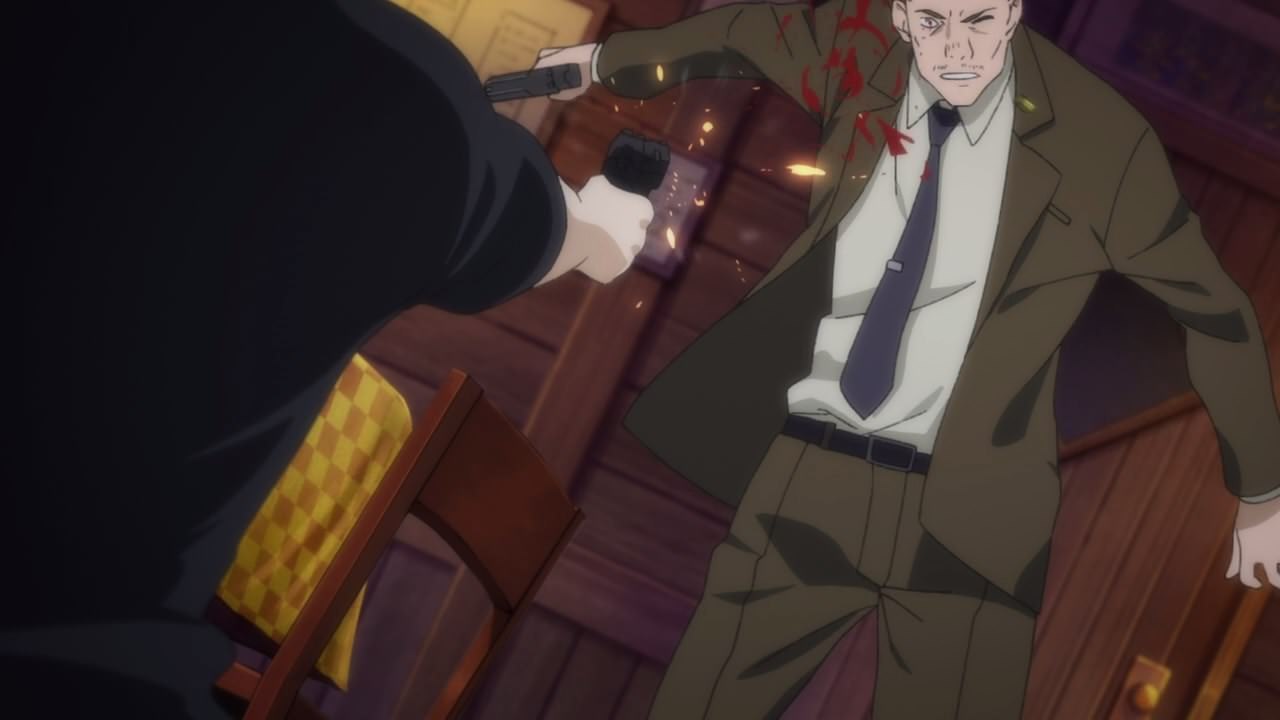 Fortunately, Ash Lynx pick up the gun and shoot at the goon until he’s dead. Well, this is payback for killing Jennifer. 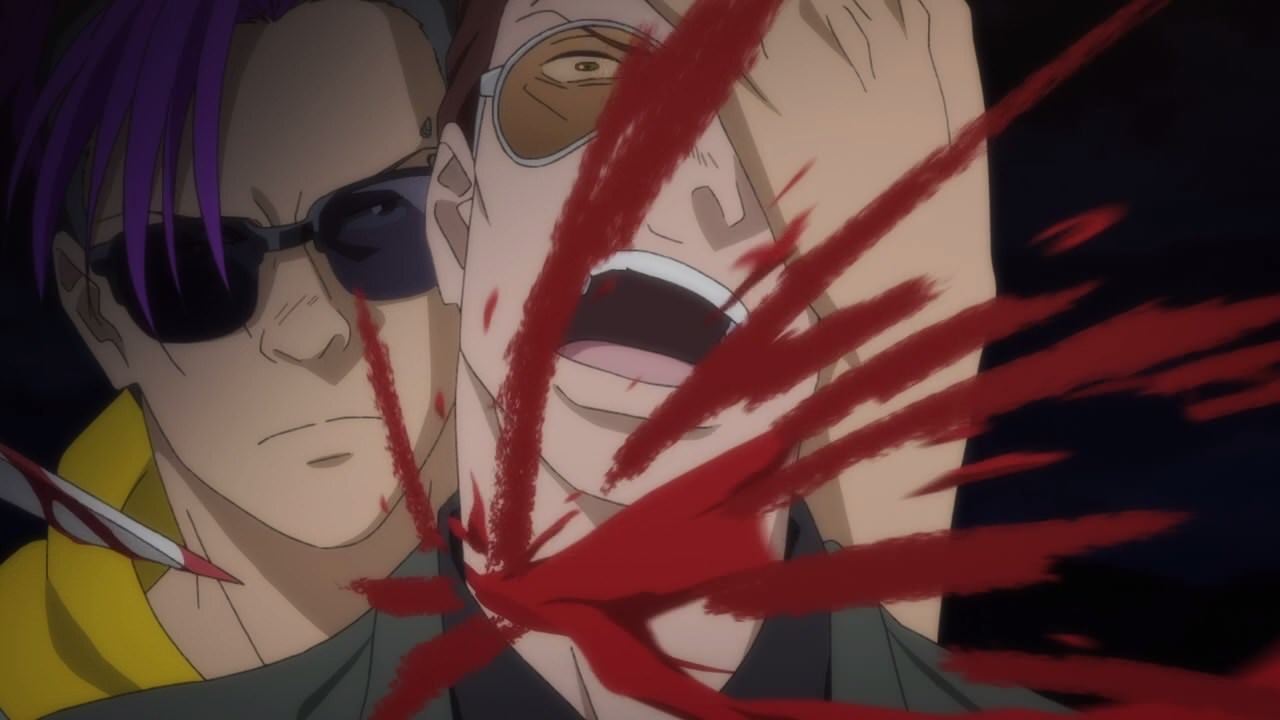 And if it wasn’t enough, Shorter Wong managed to slit this gangster’s throat with a knife as he doesn’t want Ash getting ambushed.

In any case, two goons are down but unfortunately, they lost Jennifer. 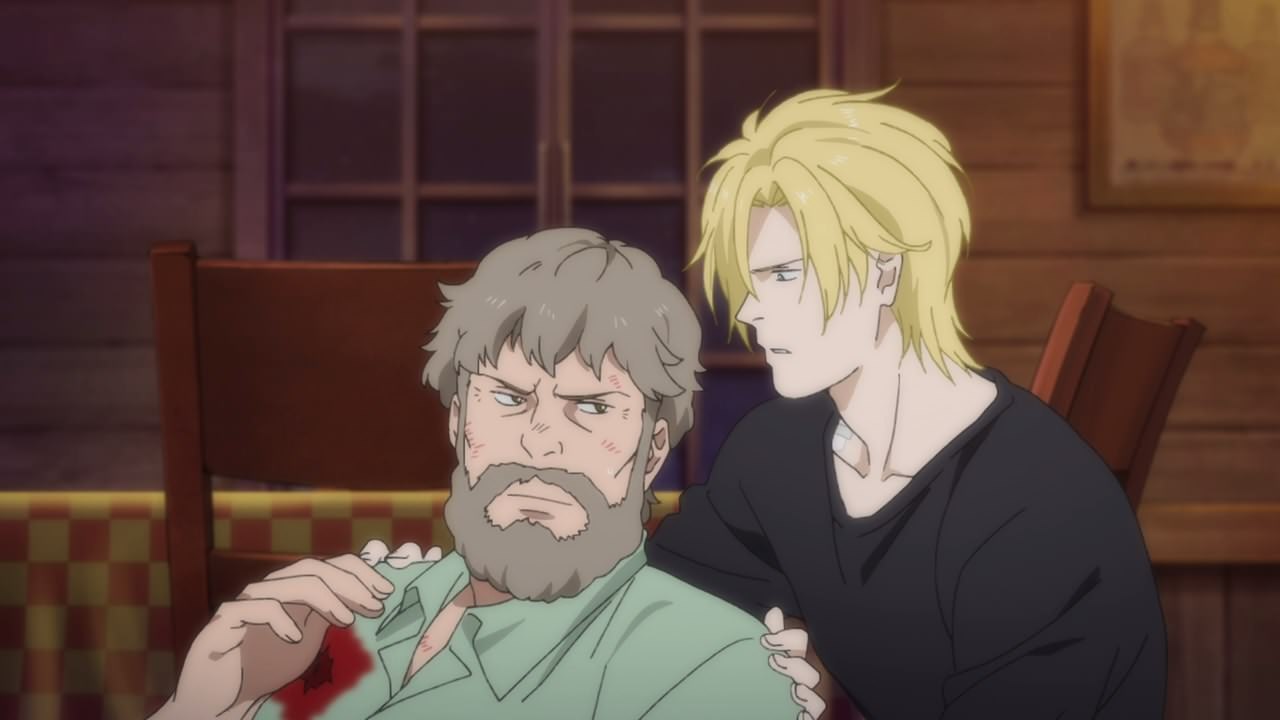 Of course, Jim survived as he told his son to get out of the crime scene and gave his blessing on taking down the mafia don.

Gotta say that the last thing Jim Callenreese said was touching to say the least. Still, he needs to go to the hospital or Jim might die from blood loss. 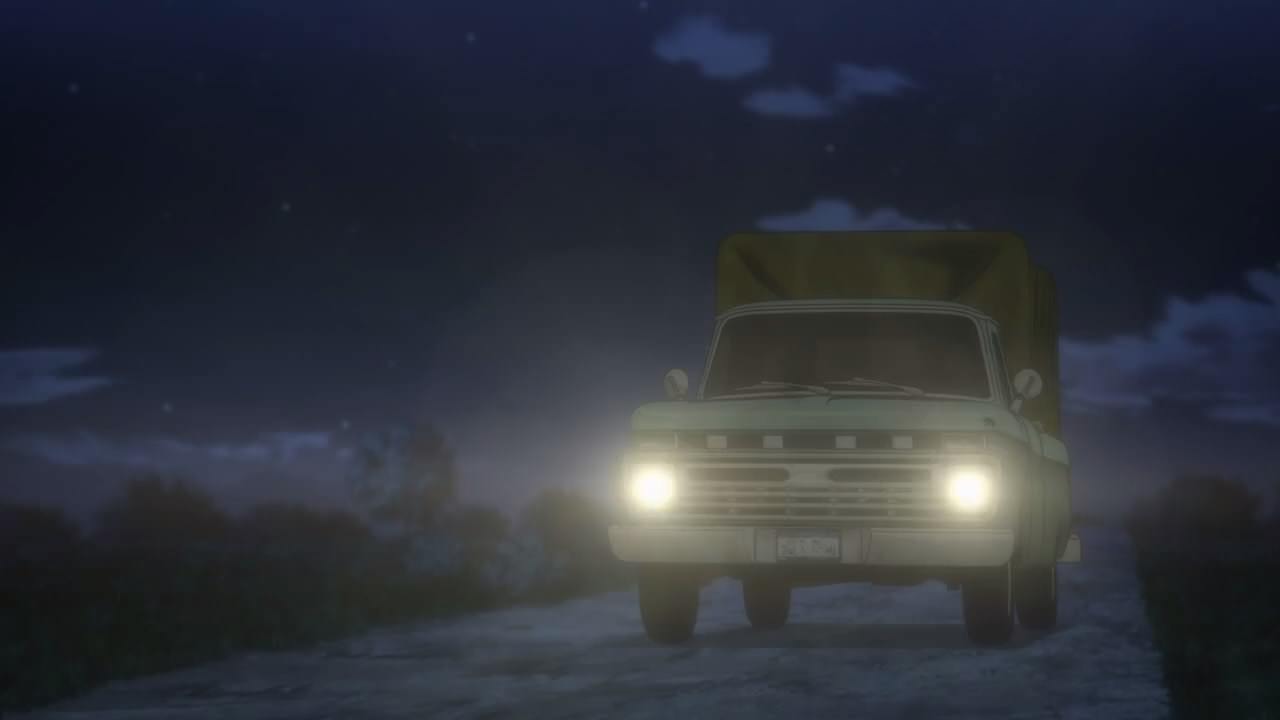 With that said, looks like Ash Lynx and the gang will have to get out of Boston and move towards the west coast… real fast! After all, they’re on the run against the police and Golzine’s men. 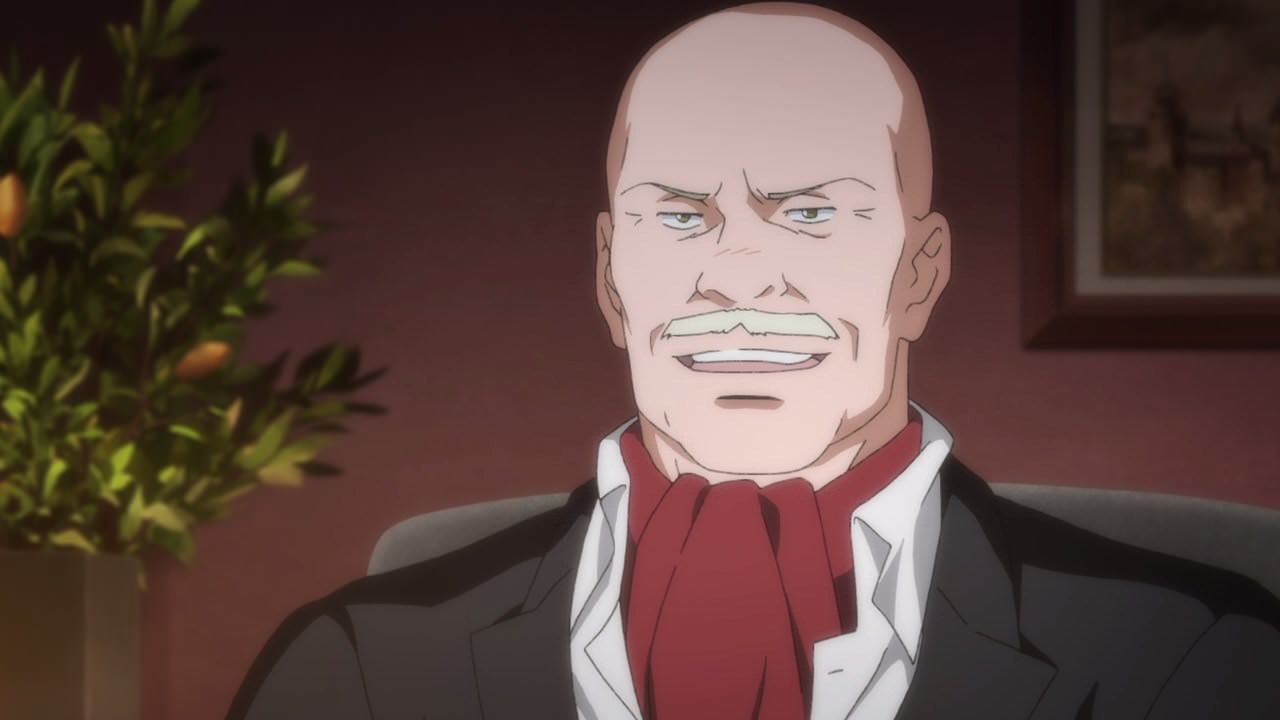 Speaking of Papa Dino himself, he’s talking to a guest about the potential of using Banana Fish as an assassination drug. Who could this guest be if you may ask? 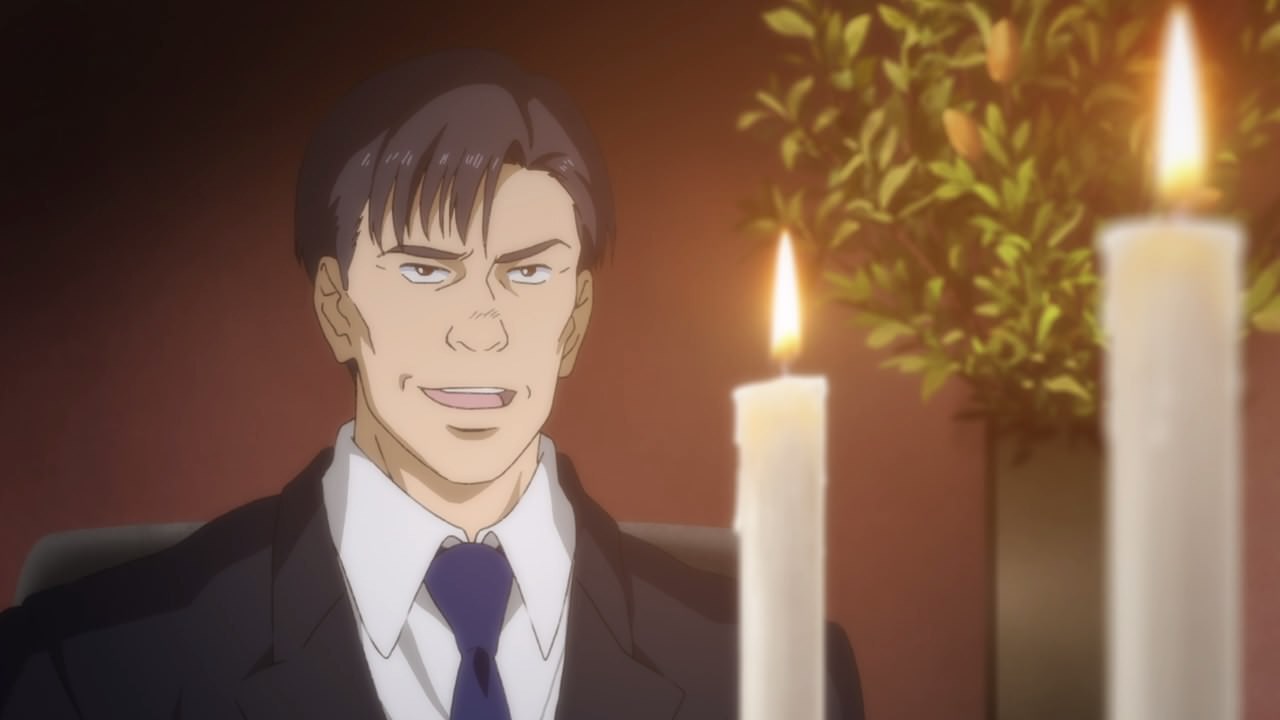 Well it turned out to be Mr. Lee as instead of playing as a spectator, he decides to partner up with the Corsican mafia on hunting down Ash Lynx. Damn, looks like Ash will have a hard time taking Papa Dino down now that he has the triad on his side.

Anyways, sorry to keep you waiting but I’m back on watching Banana Fish. Now then, I must catch up with the rest of the episode as Ash and his gang have arrived in Los Angeles, California!