Free! Dive to the Future Episode #10 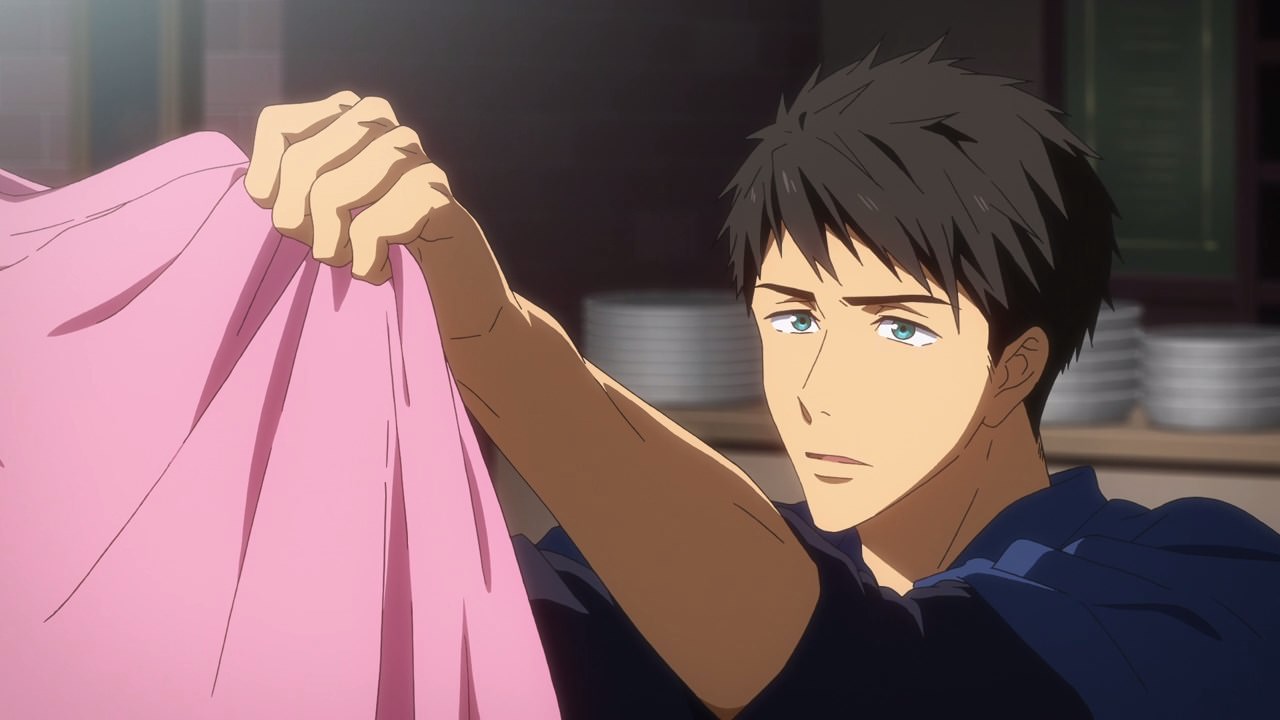 Hey guys and gals, it’s Sousuke Yamazaki as he got a pink t-shirt from Rin Matsuoka as a gift.

That’s because he finally got his shoulder fixed thanks to good ol’ surgery and while he’s still rehabilitating, Yamazaki is ready to get back into swimming. 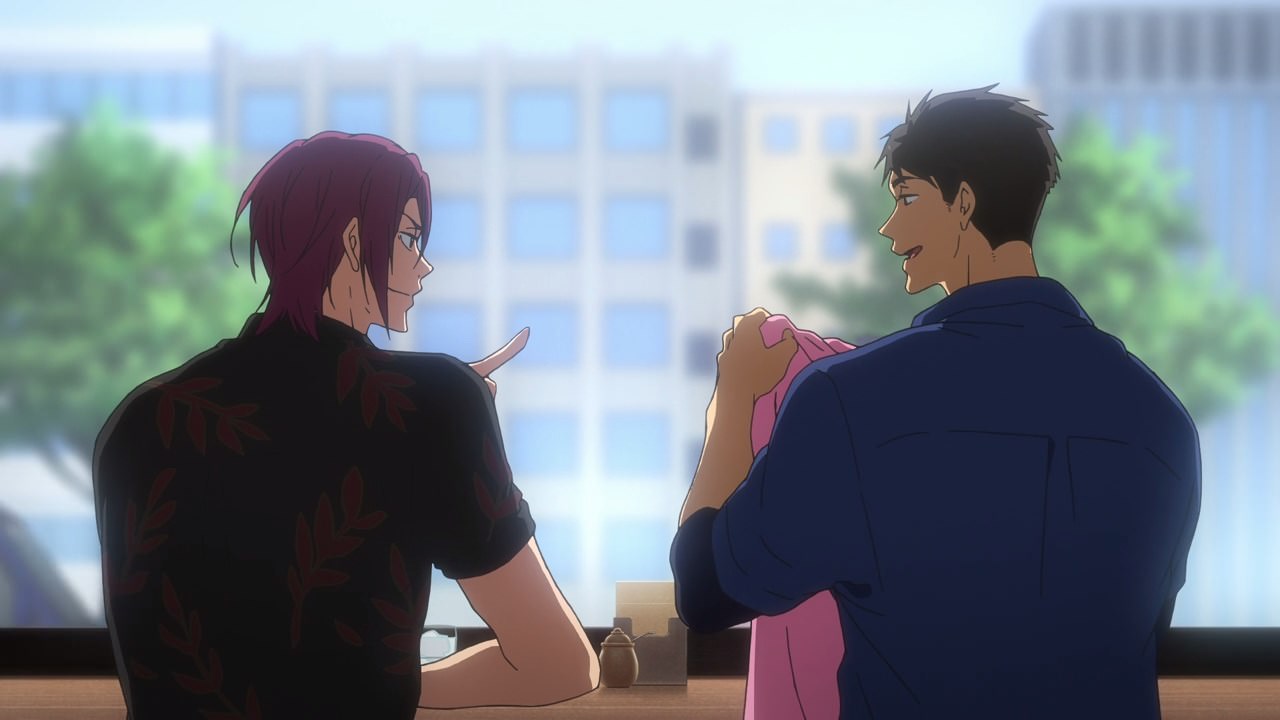 Anyways, looks like Rin Matsuoka is happy to see Sousuke Yamazaki again as he prepares himself for the All-Japan Invitational. Of course, he’s eager to swim with Haruka Nanase again. 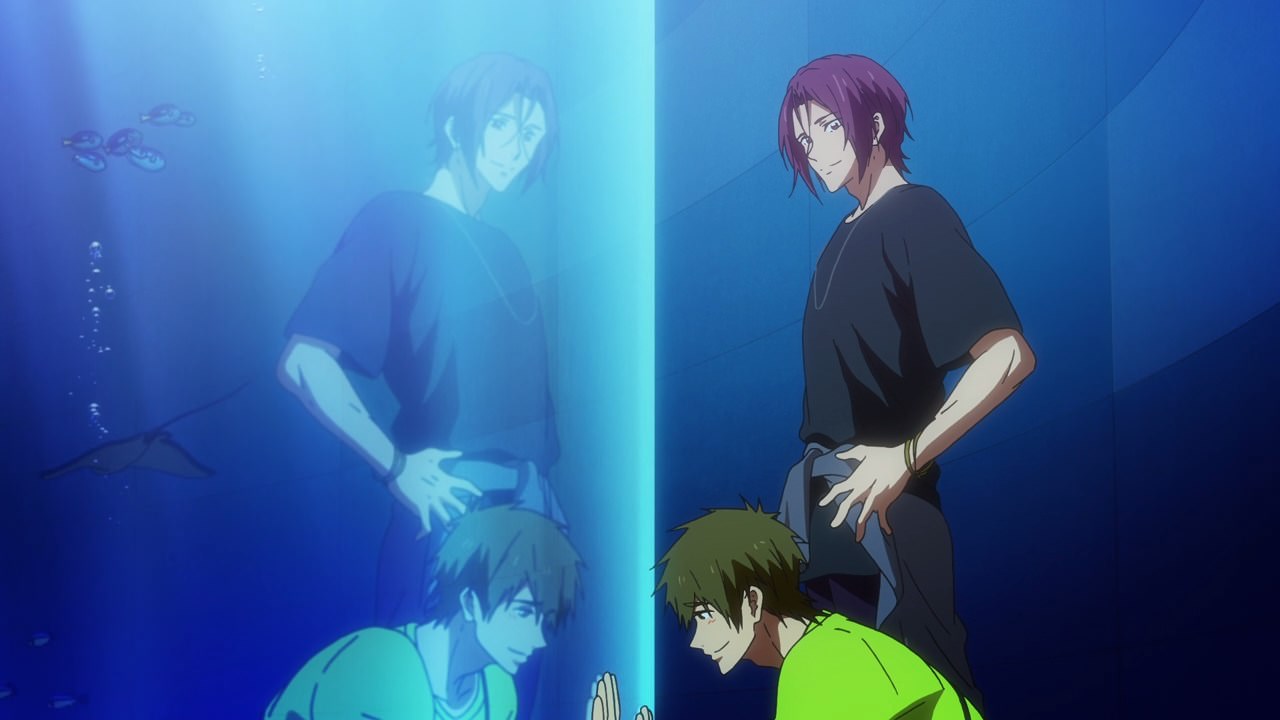 However, Makoto Tachibana told Rin that Haruka is in a slump lately due to his biggest loss against Albert Wahlånder during the free practice session.

I mean, Nanase is not prepared to beat the world record holder yet, but now I wonder what happened to Haruka? 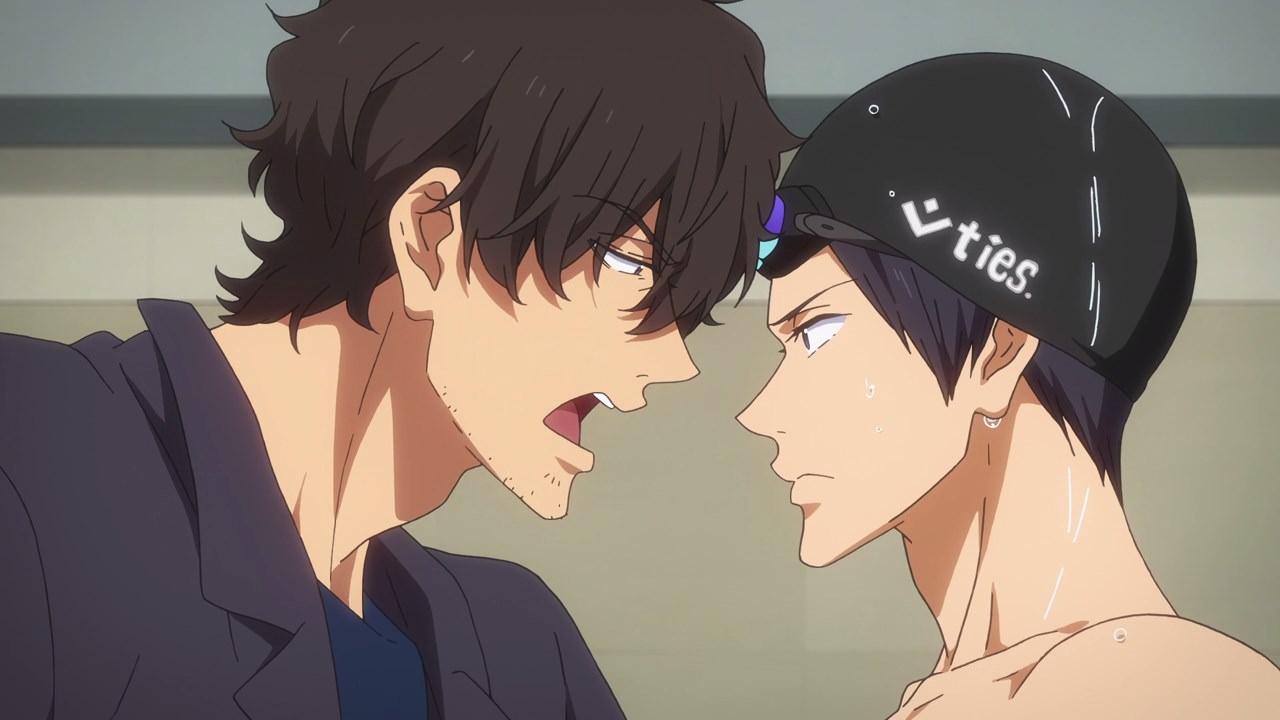 Oh, seems that he’s getting a bit stubborn towards Ryuuji Azuma as his coach told Haruka Nanase to learn the fundamentals first before learning the advanced stuff. Man, Haruka is becoming arrogant just because he lost to Albert! 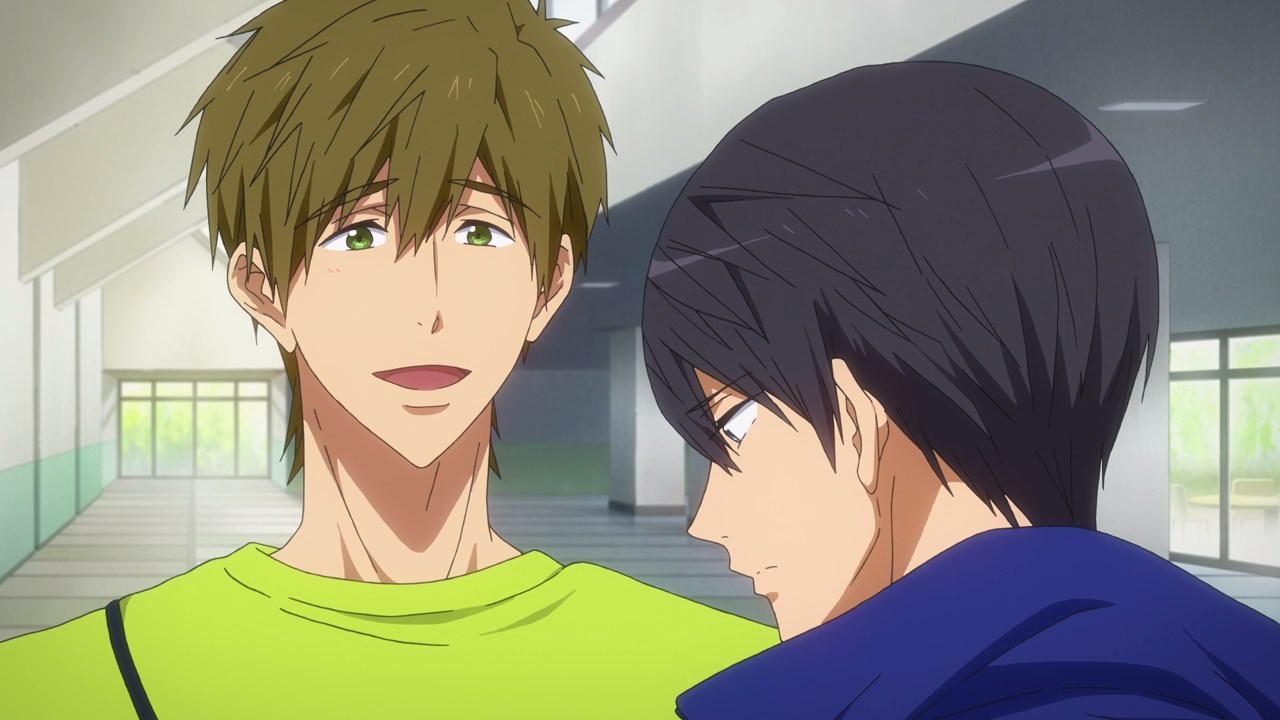 But, seems that Makoto has decided to help Ryuuji-san by understanding Haruka’s mind. In fact, Makoto told Haruka that learning fundamentals is like sharpening a knife before cutting the mackerel.

With that said, looks like Haruka Nanase understands what his coach is saying and you know what, seems that Makoto Tachibana is fit to become a coach as he knows what the athlete is thinking. Gotta say that Makoto will have a future! 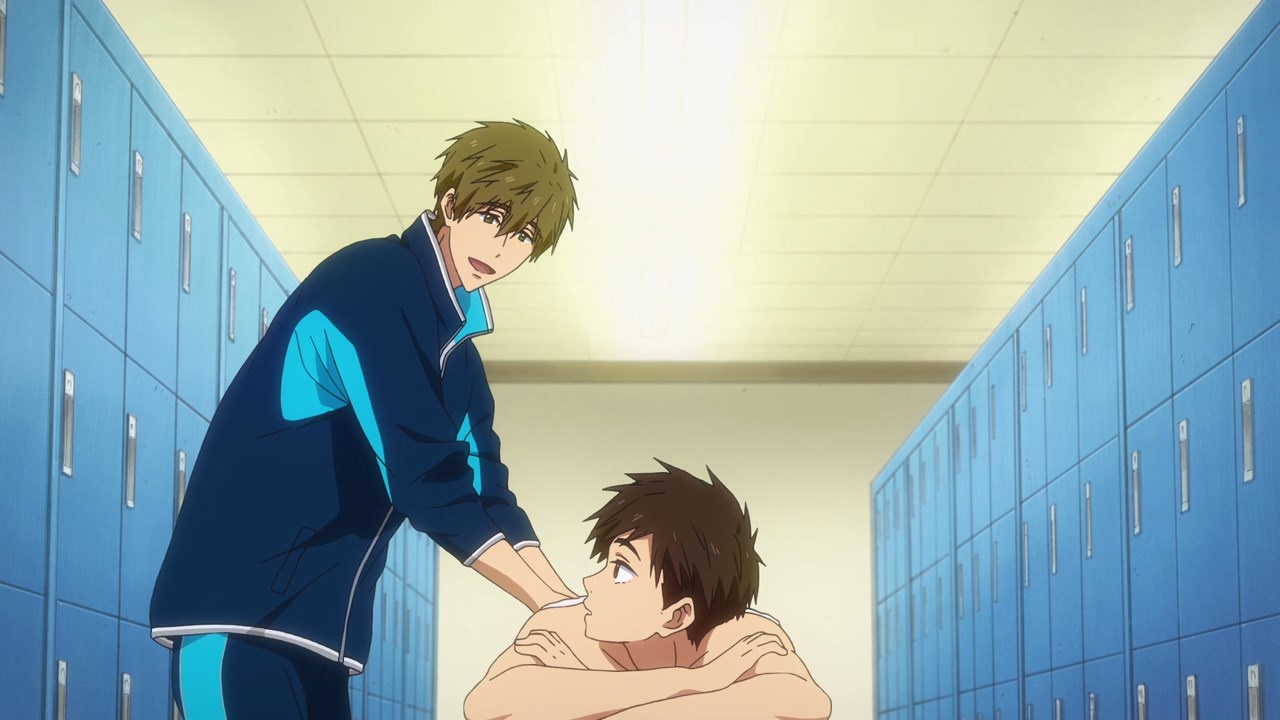 And speaking of Makoto Tachibana, he’s taking care of Misaki Kuramoto as Makoto gave him a massage to loosen up a bit.

Now, the reason why Misaki got so stiff is because he has a rival to beat. But you know what, Makoto gave him some advice in which Misaki must understand his opponent first. 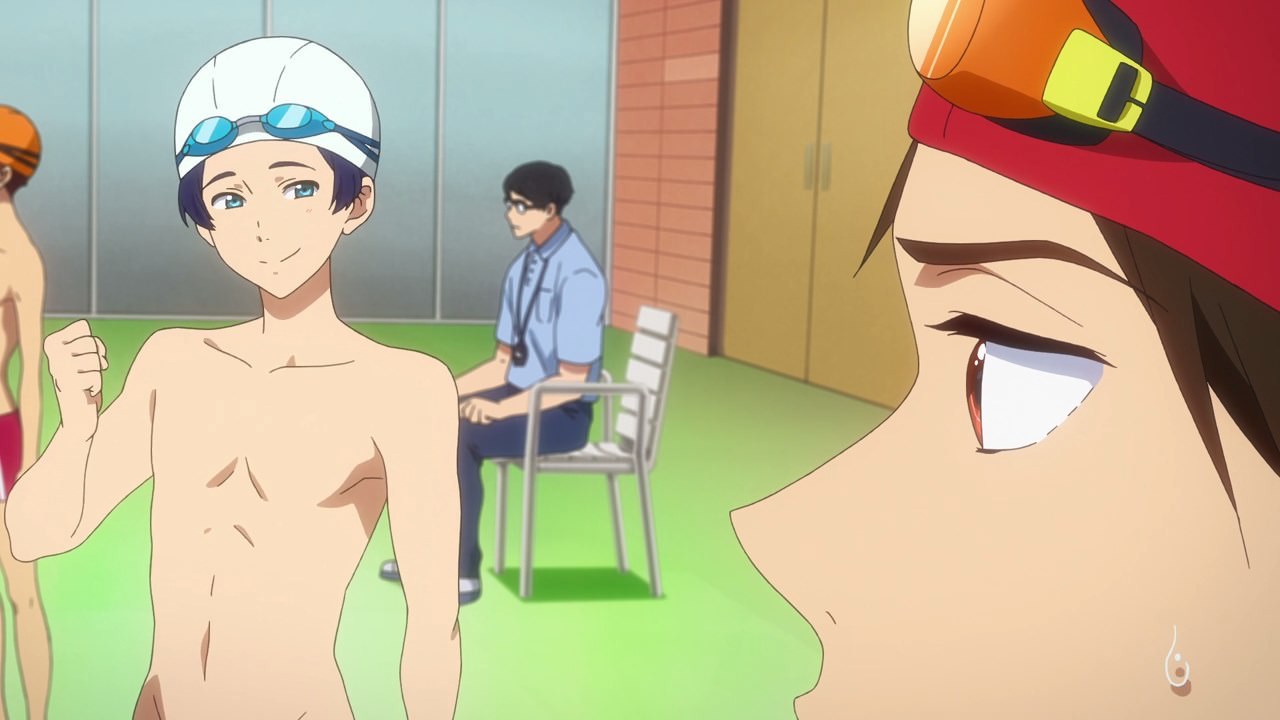 And by the way, here’s Misaki’s rival named Natsume-kun as he’s quite talented. Of course, Natsume’s talent has made him bitter just a bit. 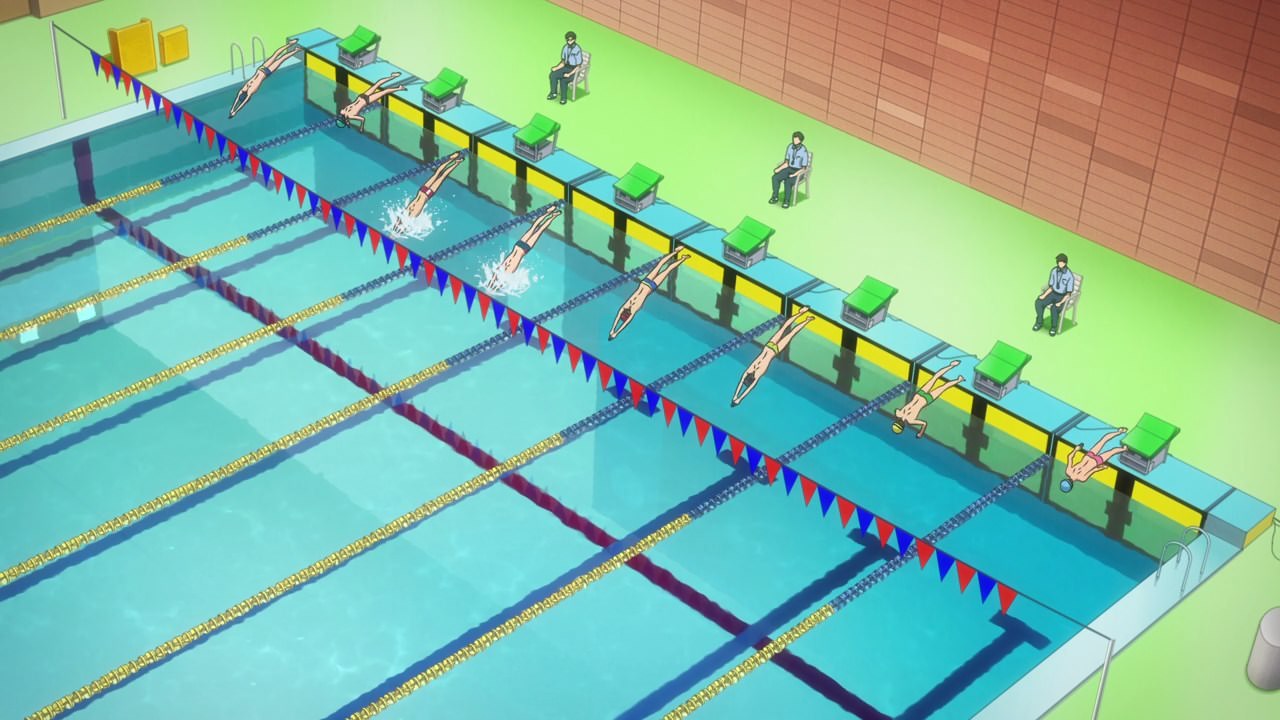 But you know what, it’s time for Misaki to race with his rival as they went off. Let’s see if he can win against Natsume-kun. 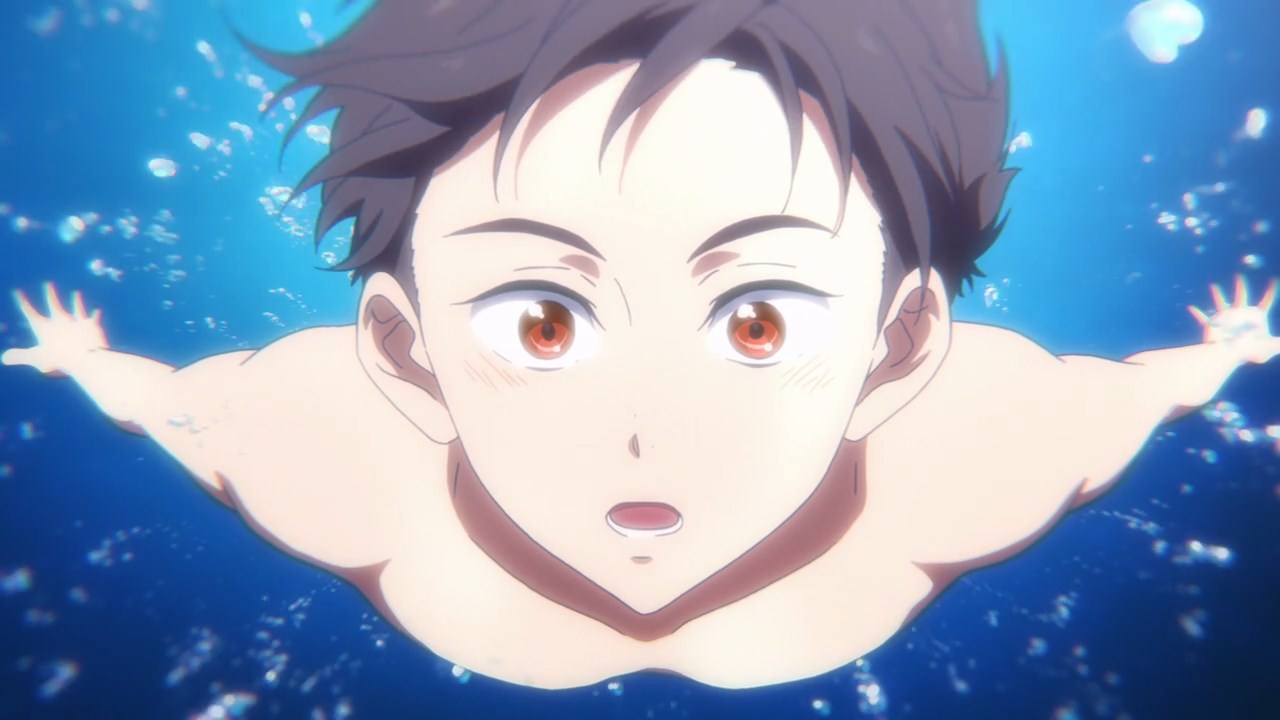 However, seems that Misaki has finally understand his rival’s feelings. In fact, seems that he remembers those happy times with Natsume when they’re kids. 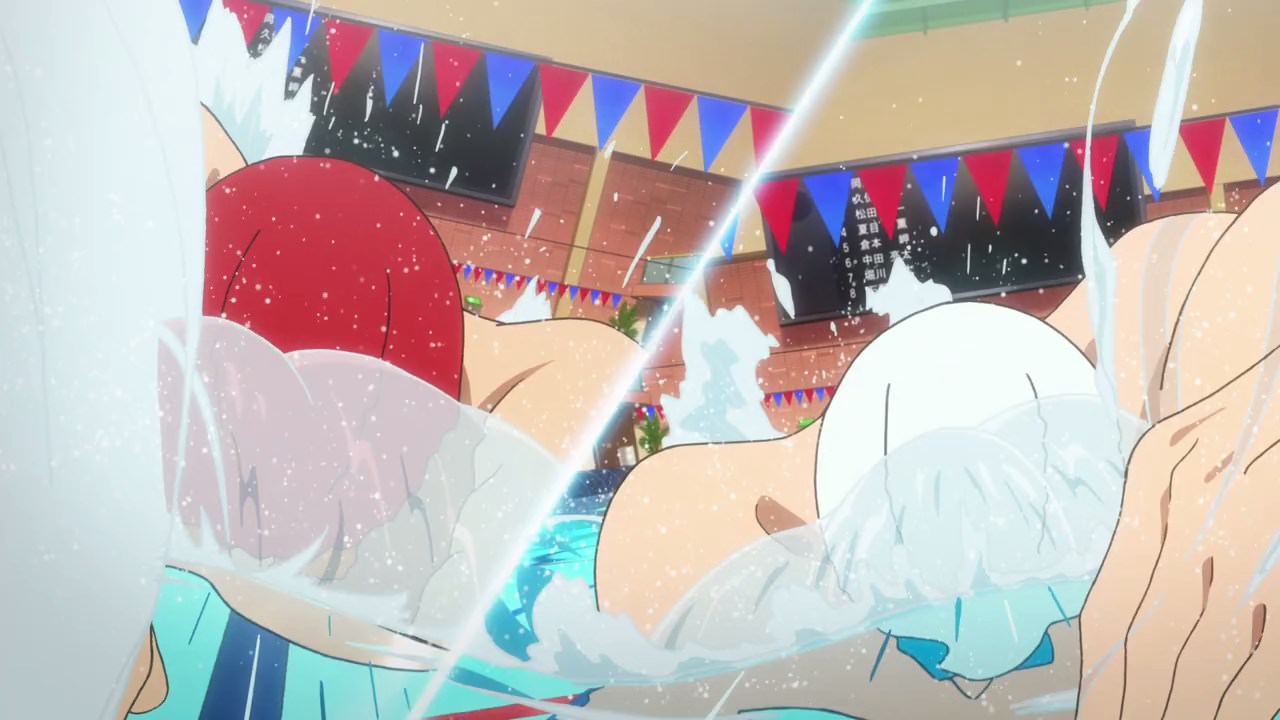 In any case, the race has finally ended with Natsume winning over Misaki. Sure that Makoto is cheering him on, but that’s the best that he could do. 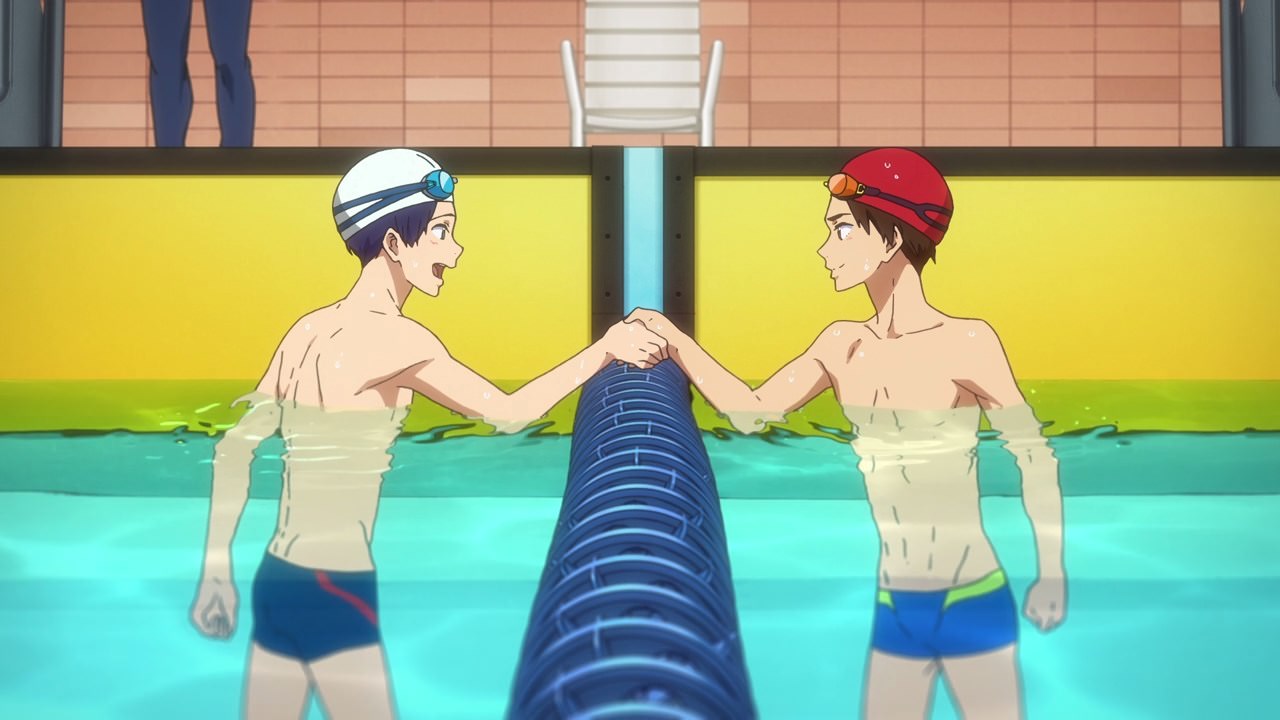 Well, I have to say that Makoto Tachibana did a great job as a coach! 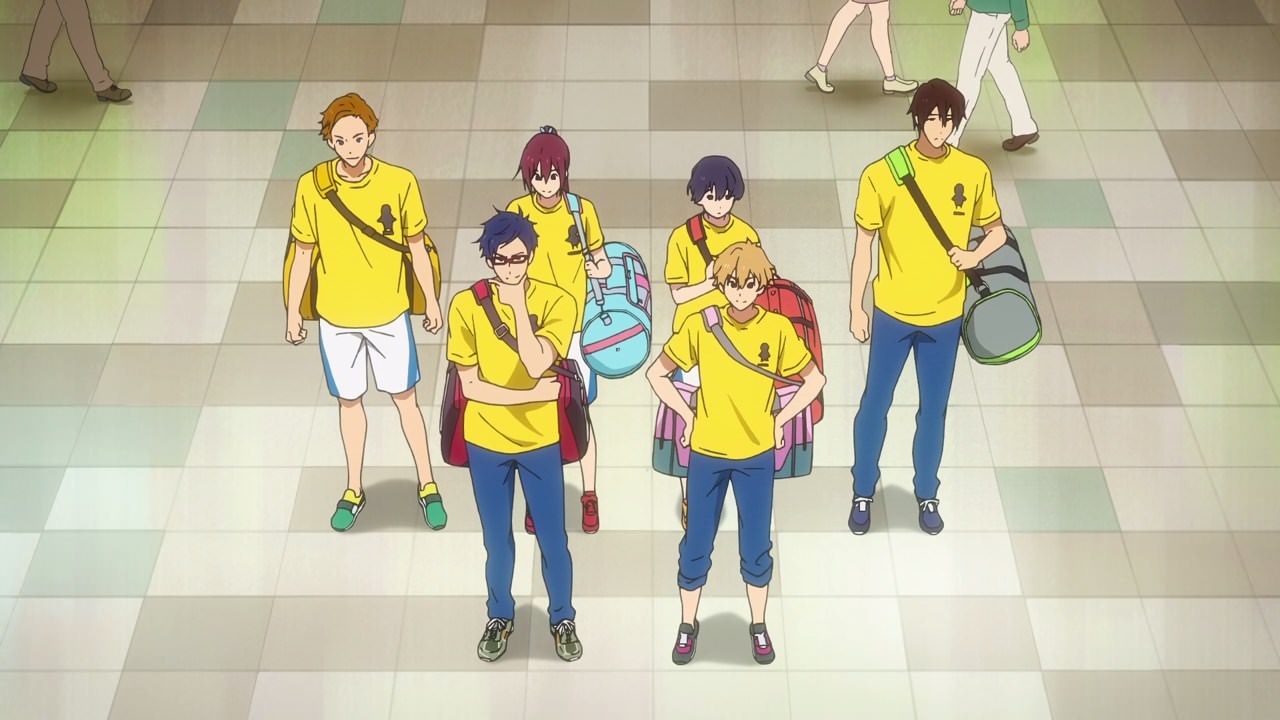 And now, let’s end this episode as the Iwatobi High School Swim Club are now in Tokyo for the national tournament, with both Nagisa Hazuki and Rei Ryugazaki qualified for the breaststroke and the butterfly stroke events, respectively.

Anyways, looks like the boys from Iwatobi will meet both Makoto Tachibana and Haruka Nanase again on the next episode! Let’s hope that Nagisa and Rei-kun will do their best in the nationals.