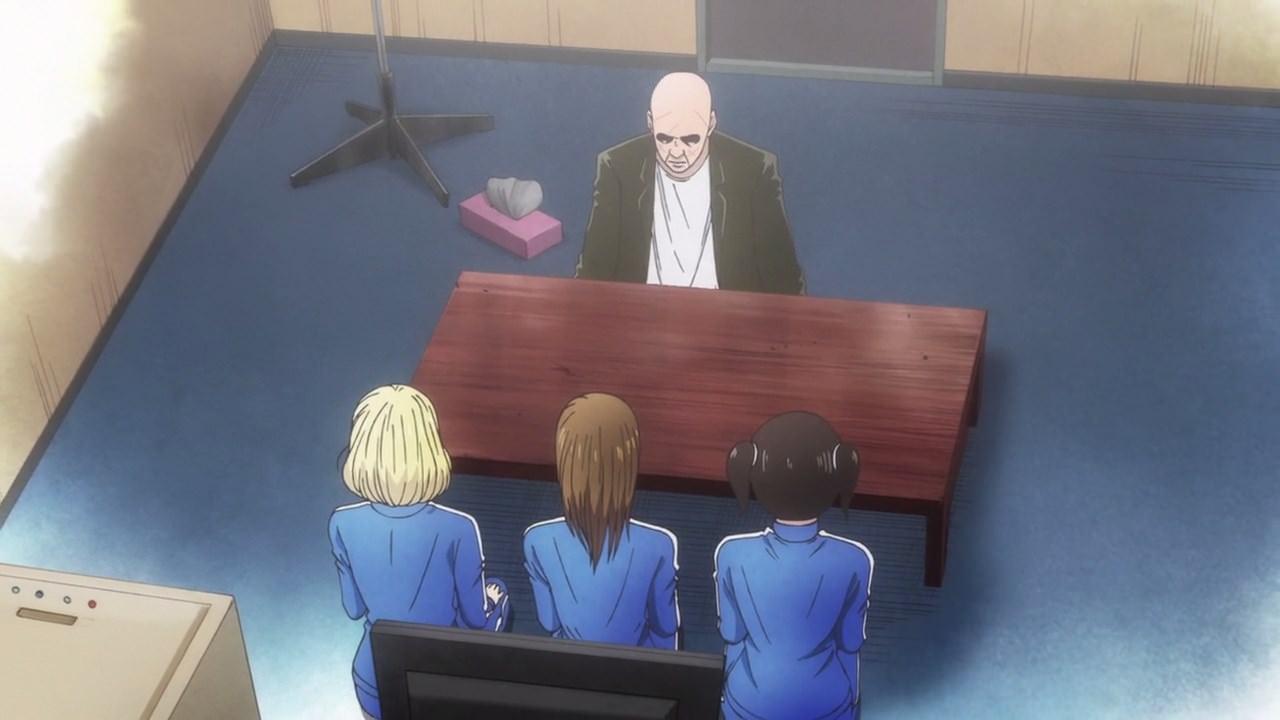 Well everyone, this is the final episode of Back Street Girls as the Goku Dolls met the Chief of the Inugane Group.

It’s been a long time since they saw the Chief and while their appearance have changed, their devotion to their yakuza group has never wavered. For the Chief, it’s reassuring that his underlings still have that yakuza spirit! 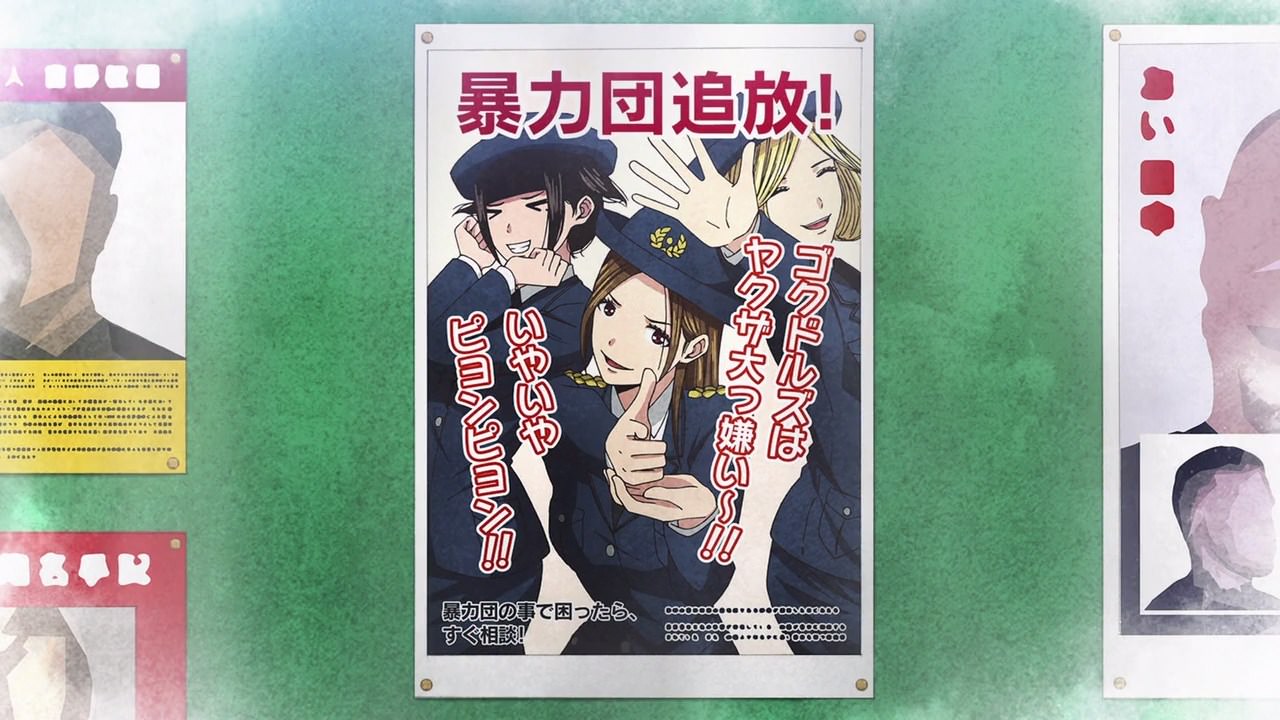 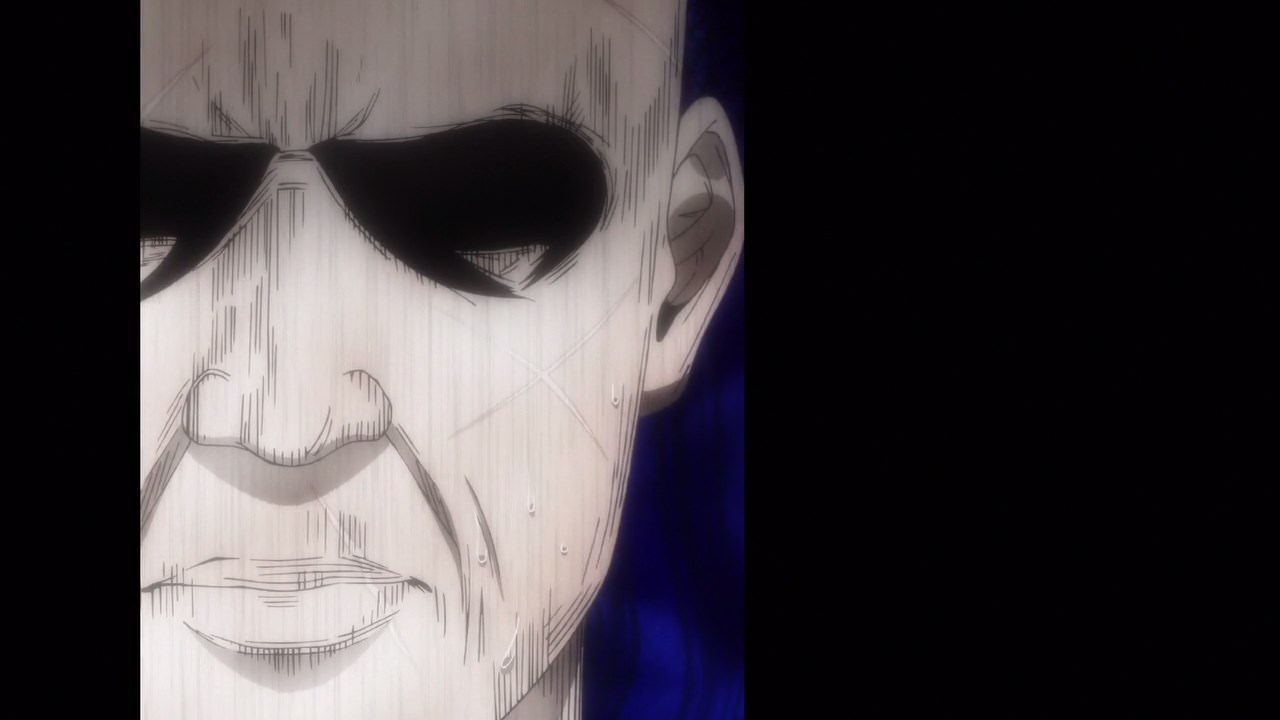 But then again, looks like the Chief will have some second thoughts as the Goku Dolls are posing as police officers as part of an anti-crime campaign.

And since the Goku Dolls are tied to the yakuza, it seems so jarring to see them act as ambassadors to the police force. 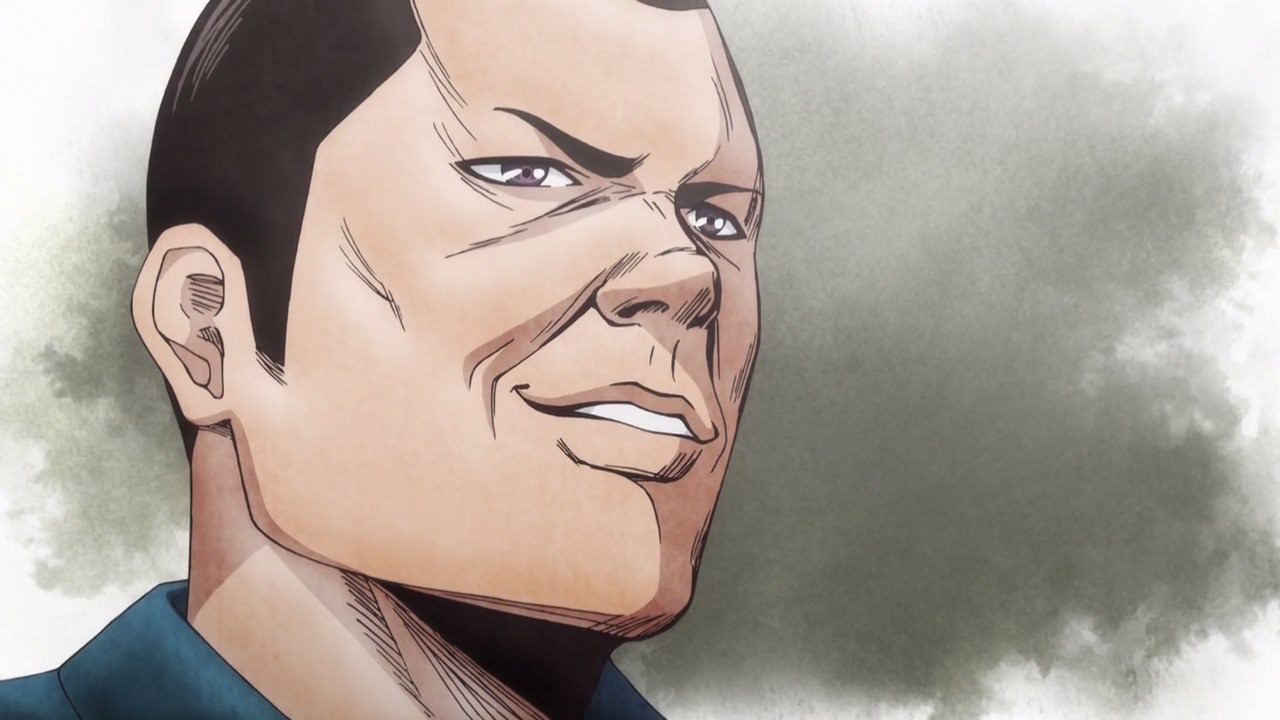 Speaking of the police, here’s Hideki Tamura as this police officer is actually acting as a mole to the Inugane Group. But then again, Airi Yamamoto and her fellow idols suspect him of laundering money to his own bank account. 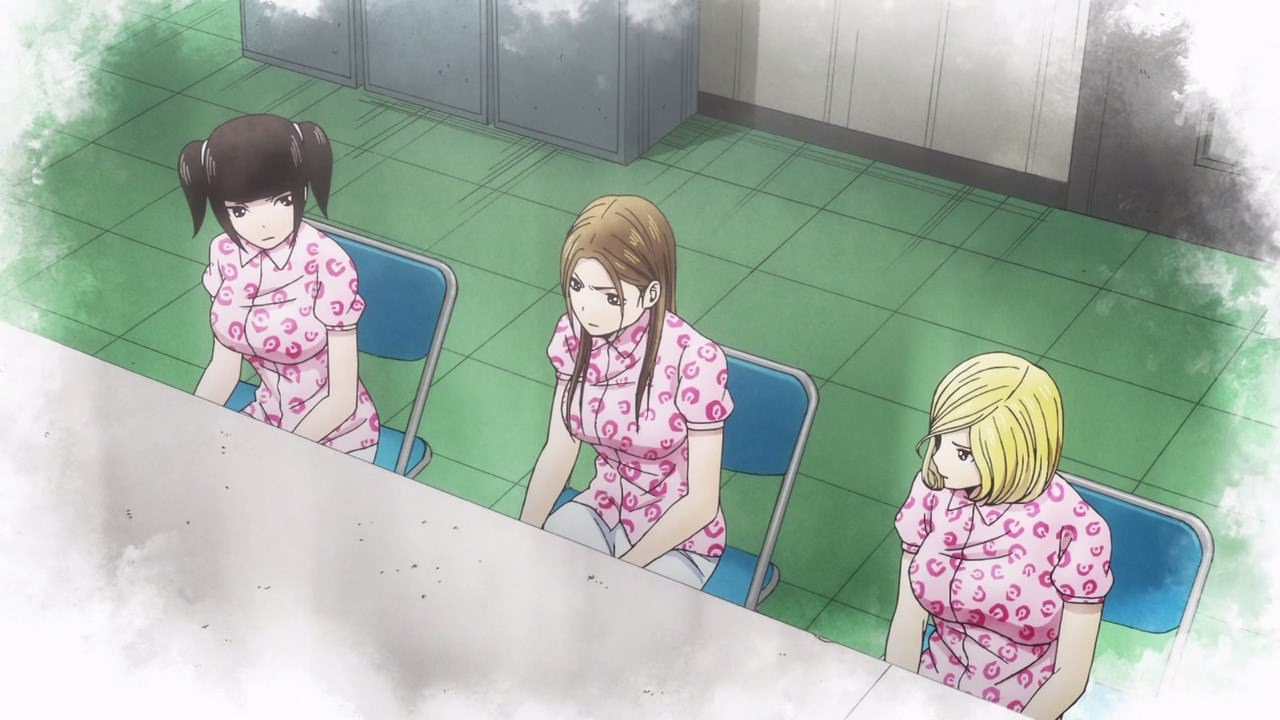 And really, Airi doesn’t want him exploiting them for personal gains so she hatched a plan to take out Hideki Tamura… 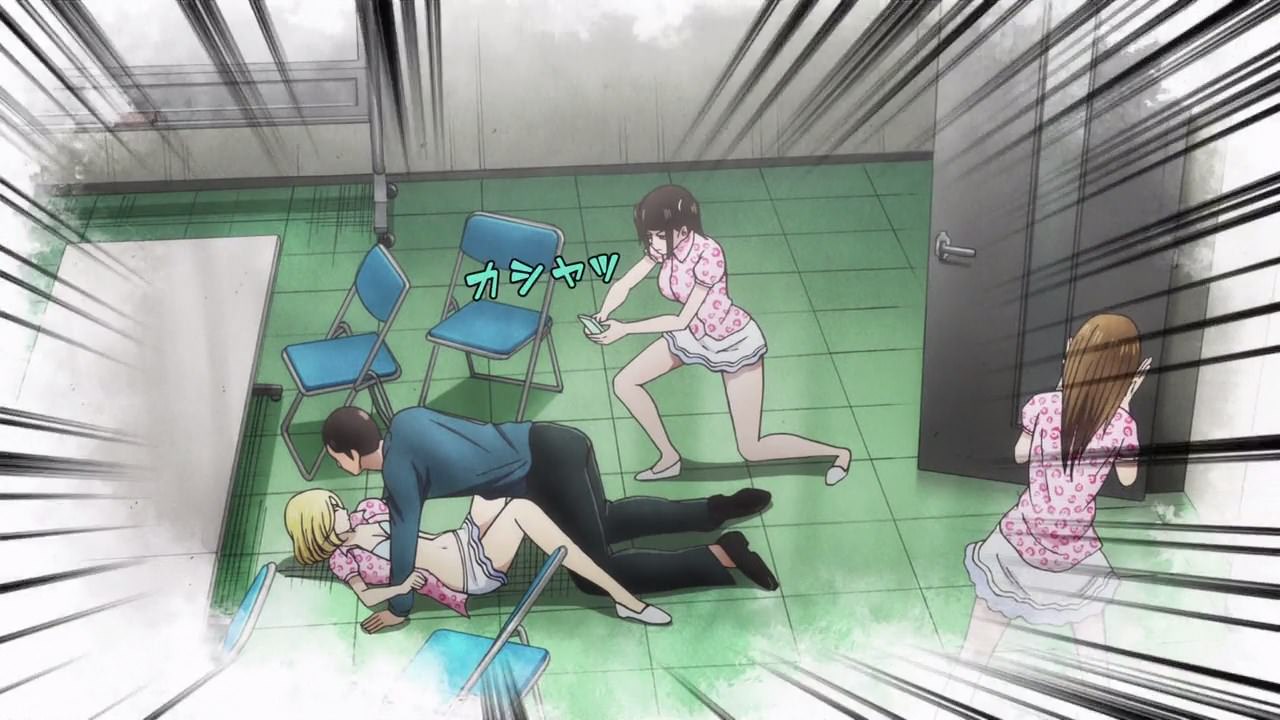 …by accusing him of sexual harassment. The result, Police Superintendent Tamura got arrested and 27 years of having the Inugane Group protected by the law went kaput as a result.

Not sure it’s a good or a bad thing, but let’s just say that the Chief and Inugane are not amused! 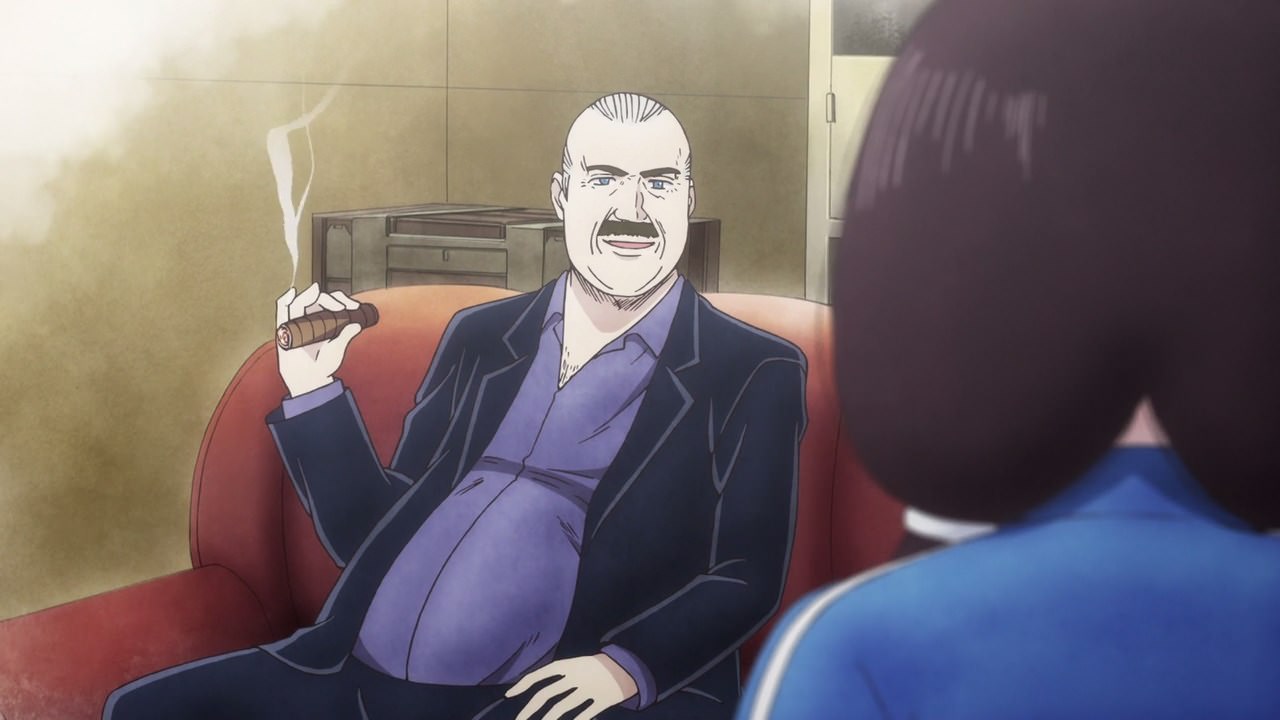 Meanwhile, looks like Steve from the God Money mafia group has arrived in Japan to take his underling home. You know who that person is. 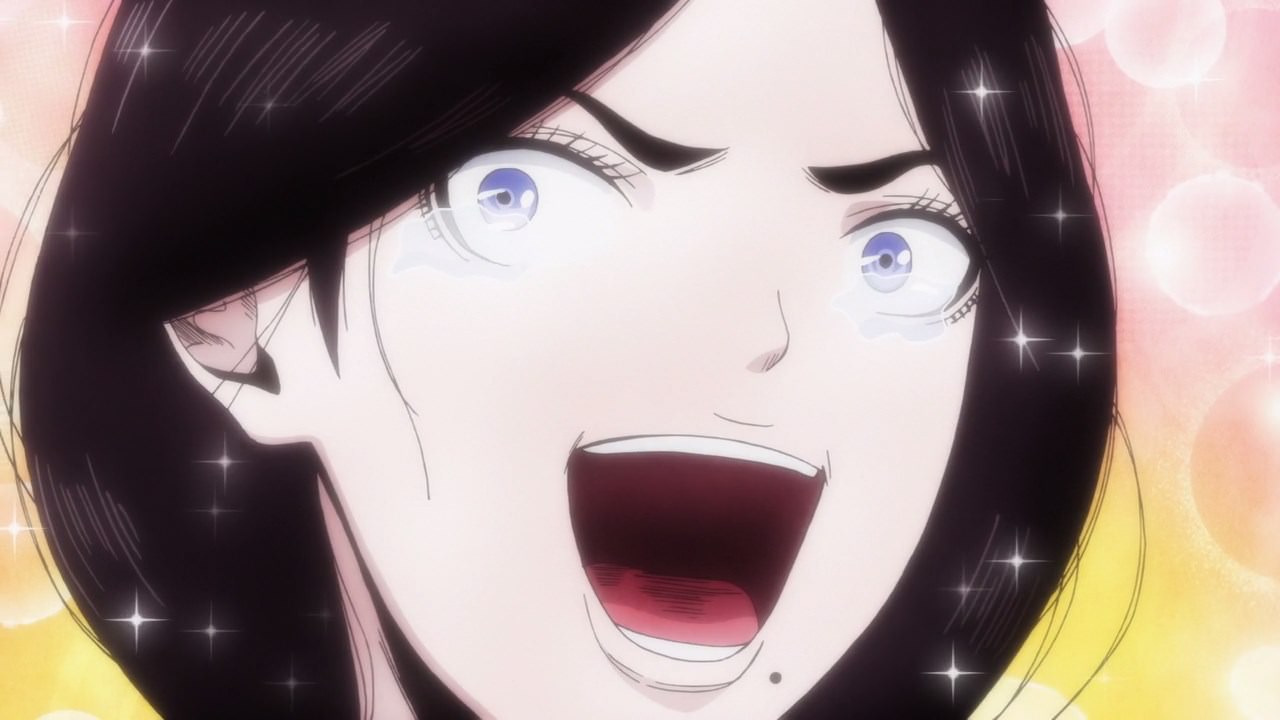 Why it’s none other than Rina (or George) as she’s happy that her boss welcomes her back to America. Sad that she’s not gonna become an official member anymore. 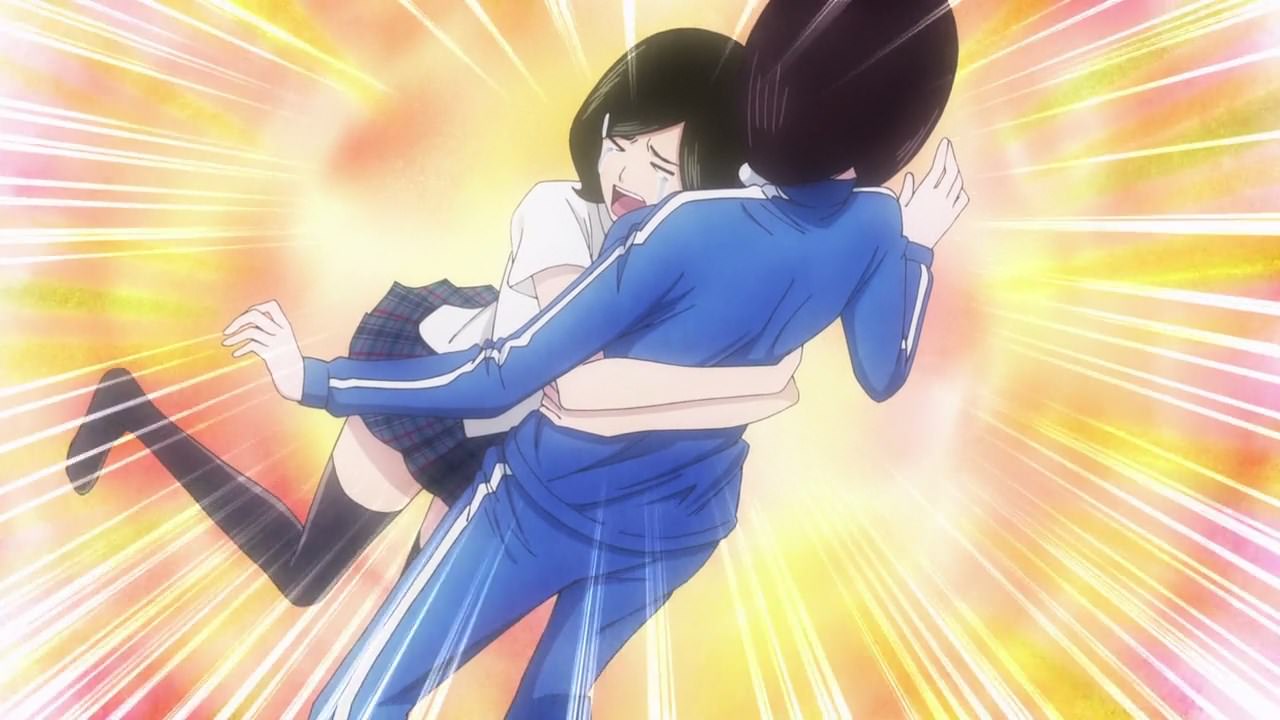 Heck, even Yui Nakamura will miss Rina very much. Anyways, Rina says good-bye to the Goku Dolls as she heads to the airport. 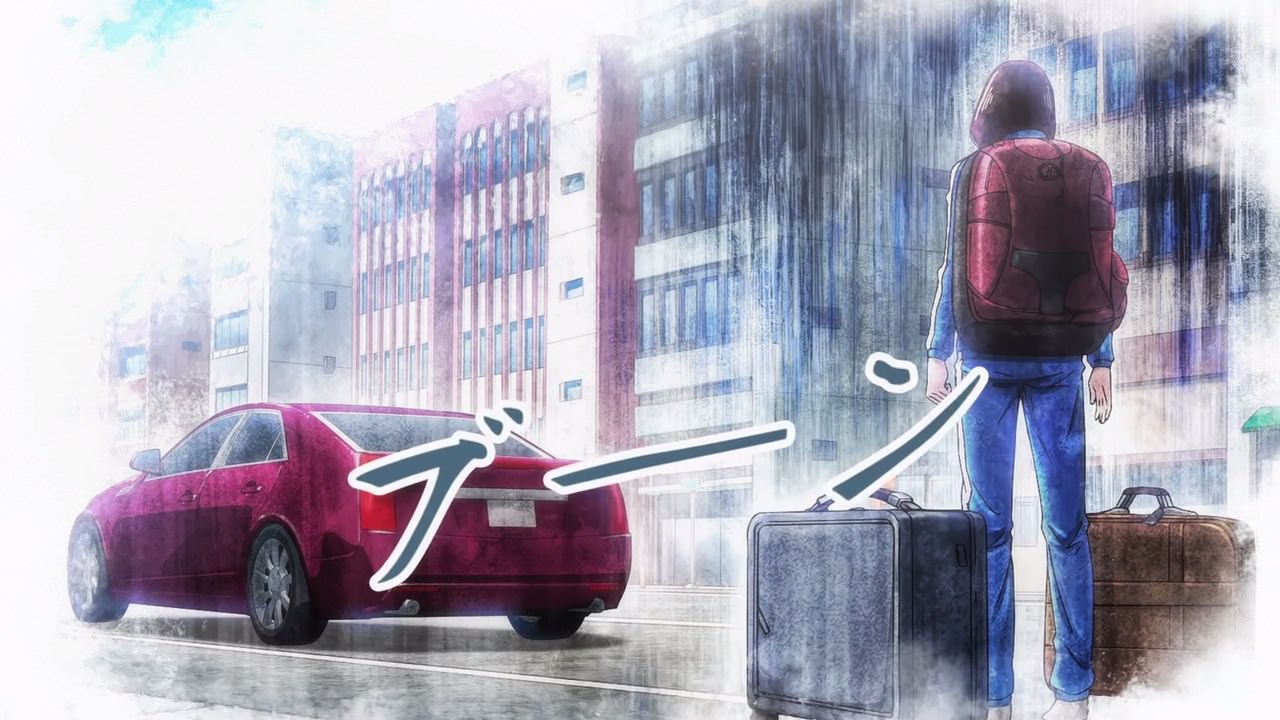 Just kidding, Steve has changed his mind as he ditch Rina and went home by himself. Sorry Rina, but the Goku Dolls is your home… forever! 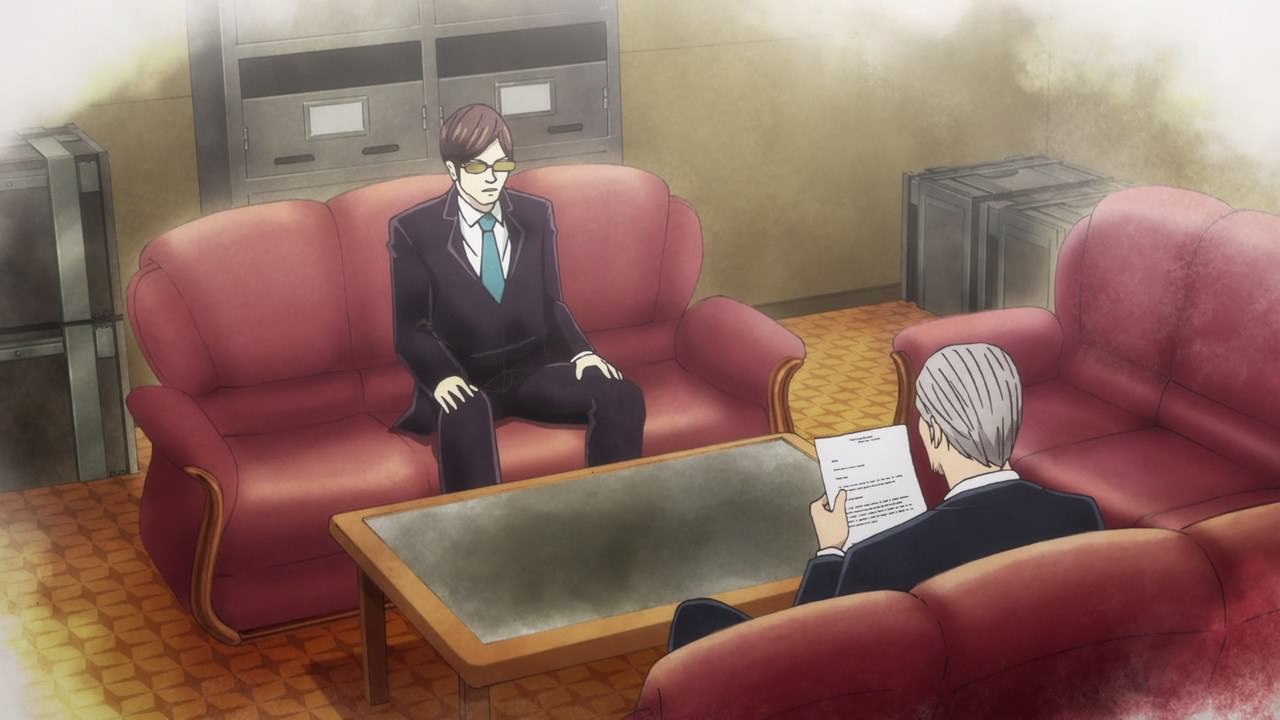 We’re now getting closer to the finish line as I bring you back Mandarin Kinoshita. While he’s a big helper on making the Goku Dolls as one of the best idols in Japan, Kinoshita wants to try something new… like writing lyrics.

So, Mandarin Kinoshita wrote some lyrics and asked Inugane to critic his work. After all, it’s his first time that he did something other than managing the idols. 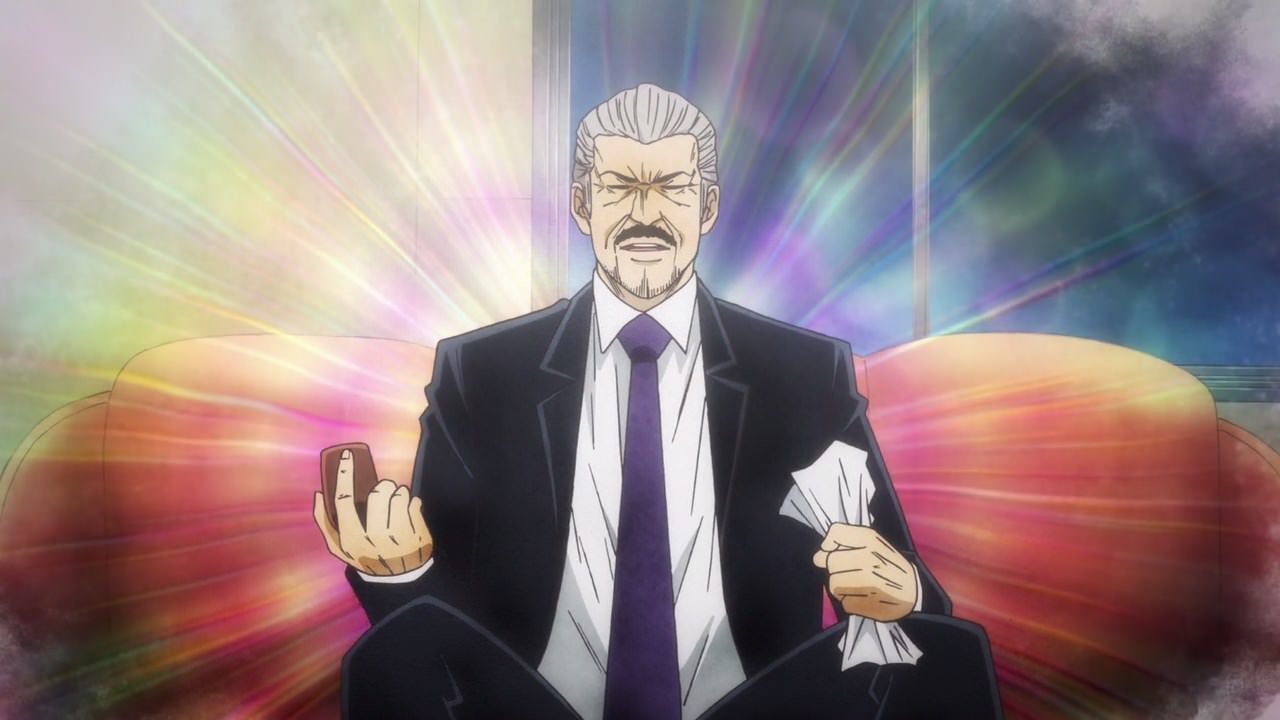 But for Inugane however, he told Kinoshita that while his lyrics are good, it lack the emotion that’s needed to make it great.

So, the head honcho told Mandarin Kinoshita to not get ashamed on writing cheesy lyrics as long as it has feelings. Sure that it’s a simple advise, but it’s very effective! 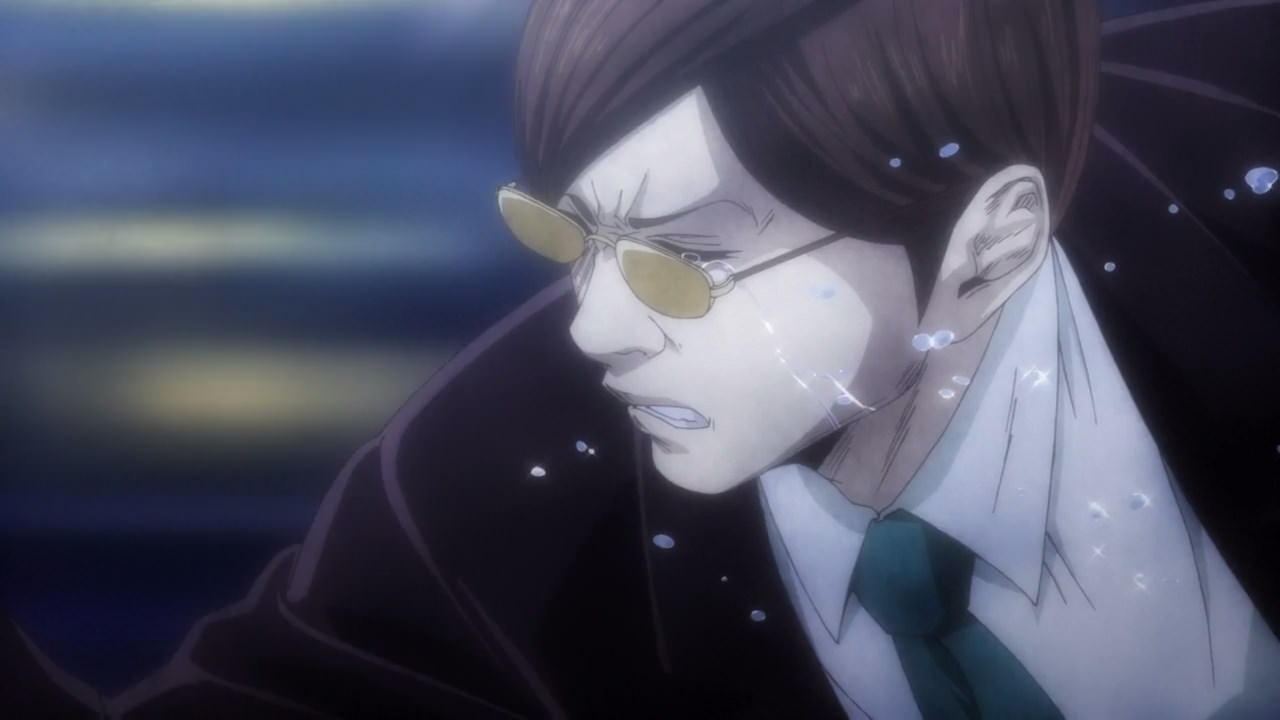 In any case, looks like Inugane’s words has motivated Mandarin Kinoshita to create better lyrics for the Goku Dolls.

Then again, Kinoshita will just give up as he’s still too embarrassed to create one. Really, you’ve wasted Inugane’s time! 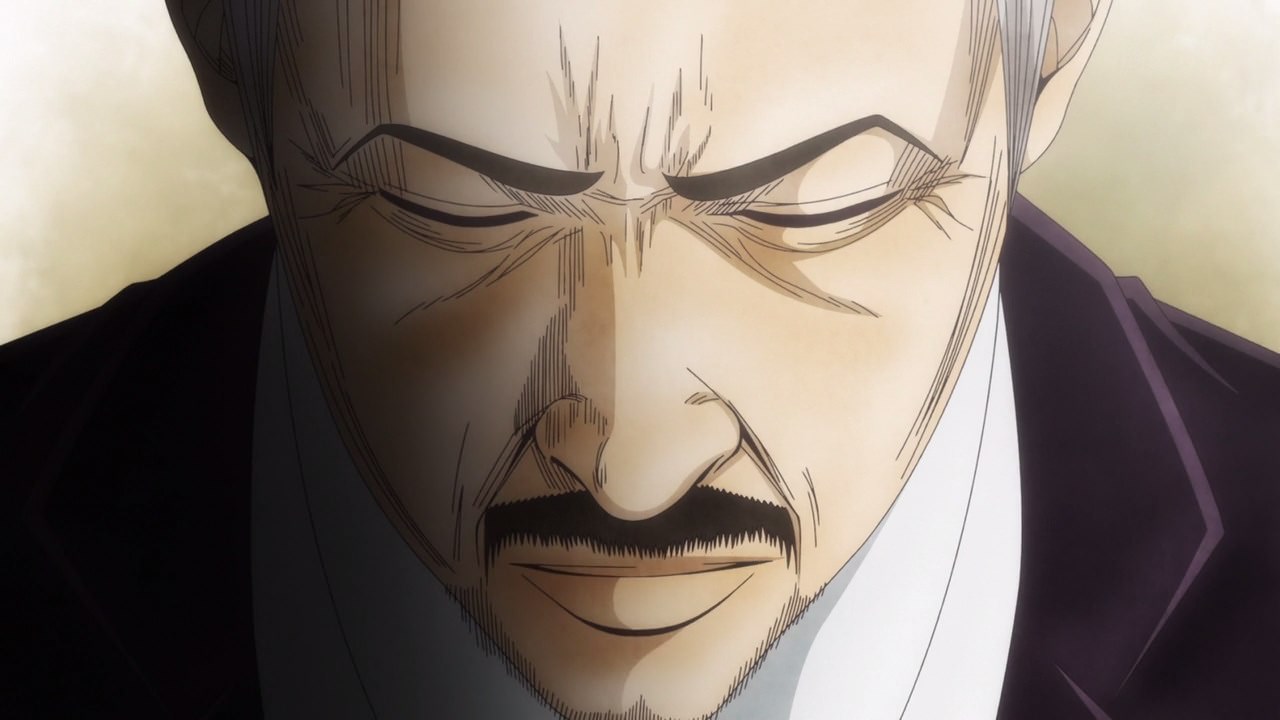 Anyways, it’s time to end this series as Inugane declares the disbandment of the Goku Dolls. Wait, don’t tell me that Mari Tachibana, Chika Sugihara, and Airi Yamamoto’s idol career are over!? 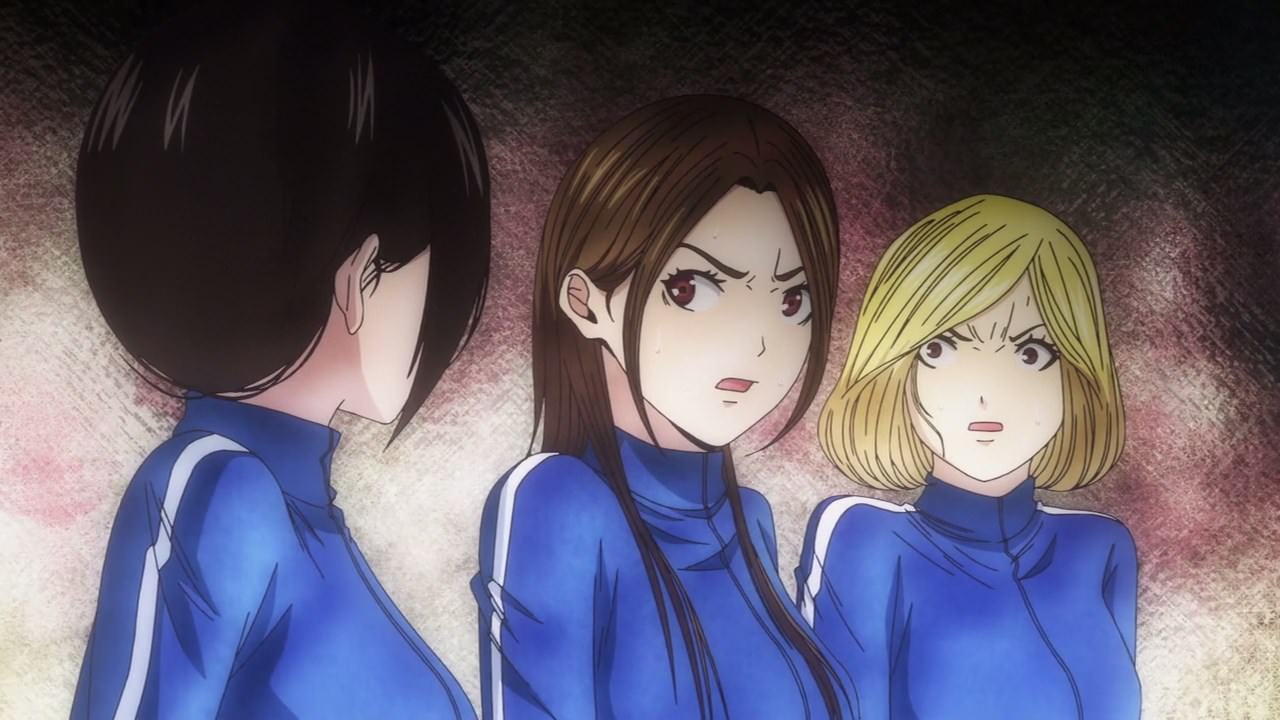 Well, turns out that Inugane told them to leave the yakuza group right now or they’ll get killed or even sold as sex slaves by a rival group.

Wow, this is getting serious now as the girls are gonna fight for the lives. With Hideki Tamura’s arrest, it’ll be a matter of time before the cops or even the thugs would get them. Anyways, Airi and the rest has decided to leave the Inugane group. 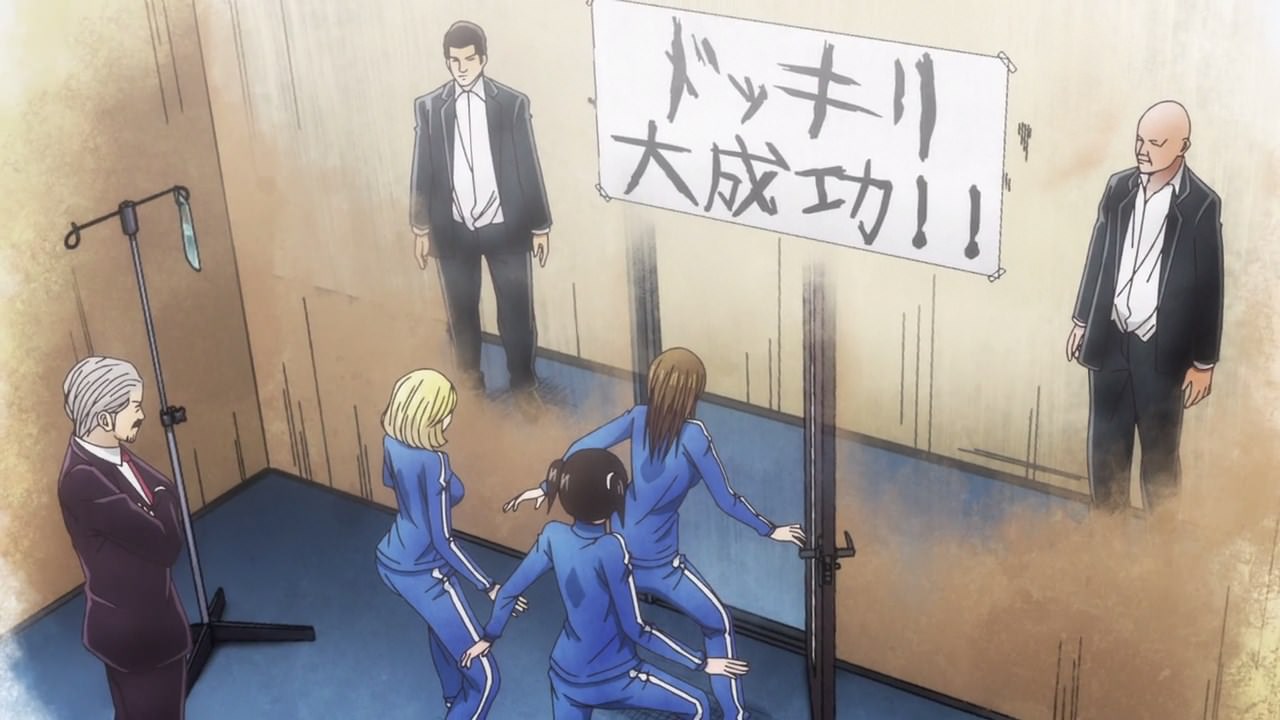 Just kidding, turns out that it was all just a big prank by Inugane… and really a bad one. Um Inugane, would it be better if you hired some actors and a camera crew to make this prank believable? 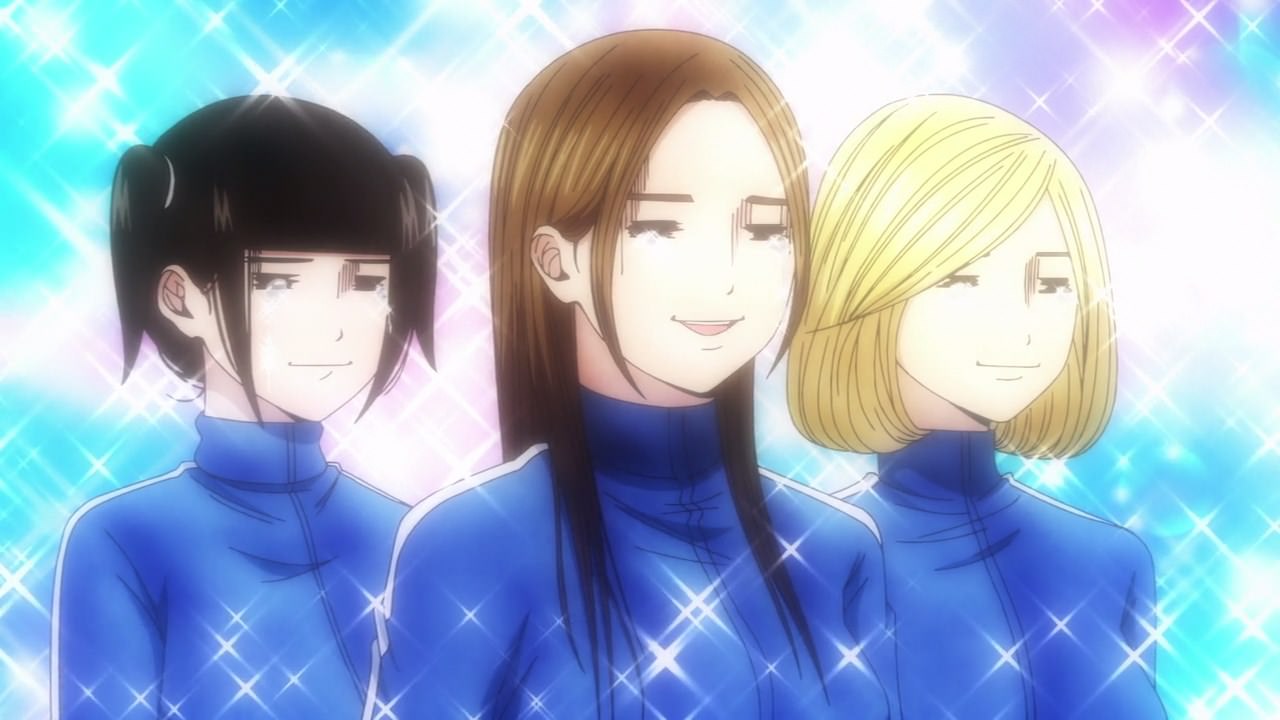 But that’s the end of Back Street Girls not with a bang… but with a whimper. And this is what my expression looks like after watching all 10 episodes.

You know what, I think I shouldn’t take this show seriously because it really pokes fun of idol culture. Add some yakuza antics and you have one of the most absurd anime show that I’ve watched. And while it has limited animation coming from J.C.Staff because the wanted this show to make it look bad, I have to say that I got a good laugh on watching Back Street Girls. Well, there are some parts that I found it hilarious!

Sadly, I think their adventure will end right here as while Airi and the rest are alive, they’re still stuck in idol hell for a long time! Anyways, it’s time for me to say good bye to the Goku Dolls as I’m hoping that they’ll survive the idol industry for many years to come.