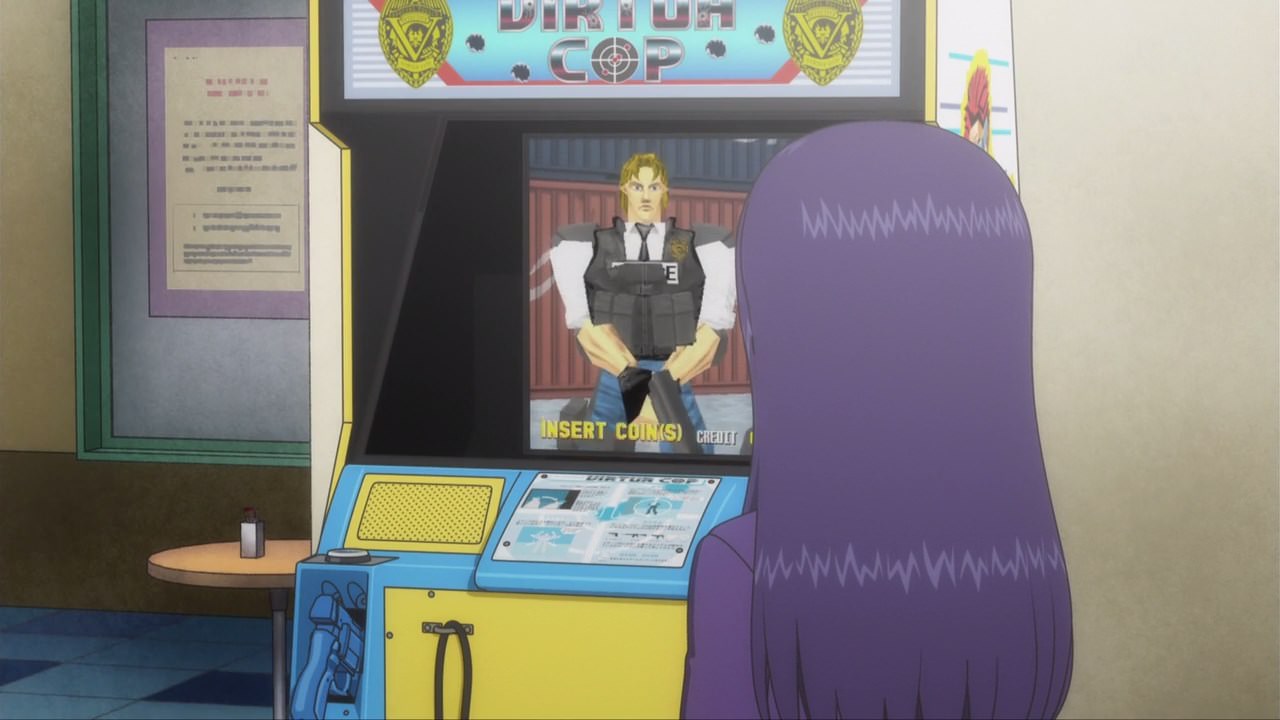 On this penultimate episode, we continue from the previous episode as Koharu Hidaka encountered Akira Ono at the local arcade as usual.

But instead of playing a fighting game, they decided to play Virtua Cop instead. 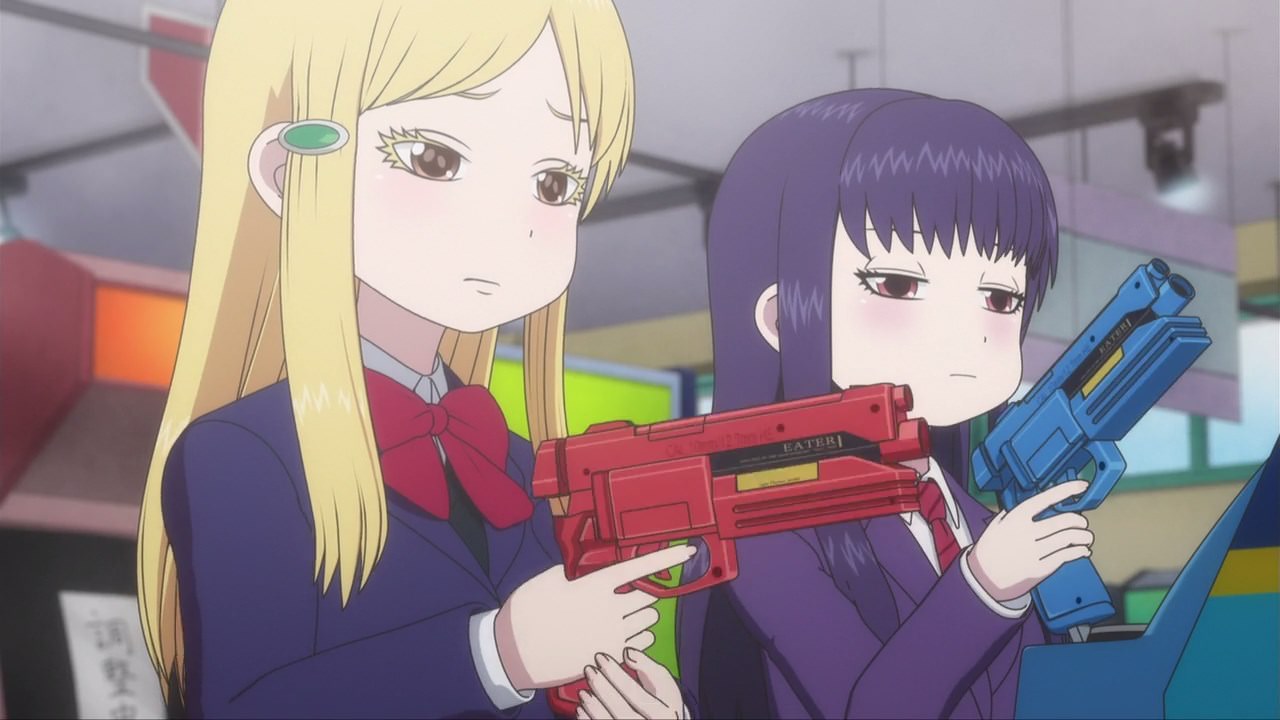 Anyways, Koharu-chan asked Akira on her relationship with Haruo Yaguchi as they’re about to play Virtua Cop. And given that she doesn’t talk much, let’s just say that Akira won’t spill the beans about her feelings.

But really, Akira Ono might have fallen in love towards Yaguchi-kun and Koharu is frustrated towards it, which is why she felt sorry for Haruo because he really wanted to be with Ono at Jouran High School, but failed the entrance exams despite his efforts. 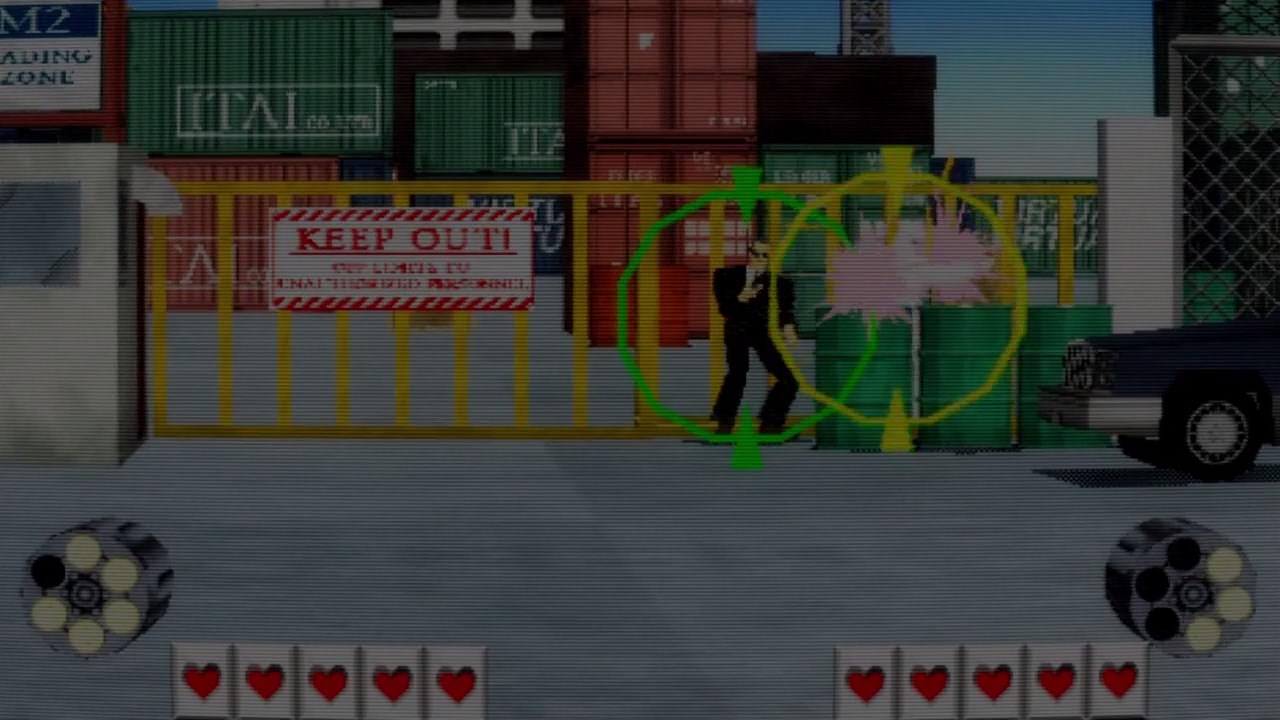 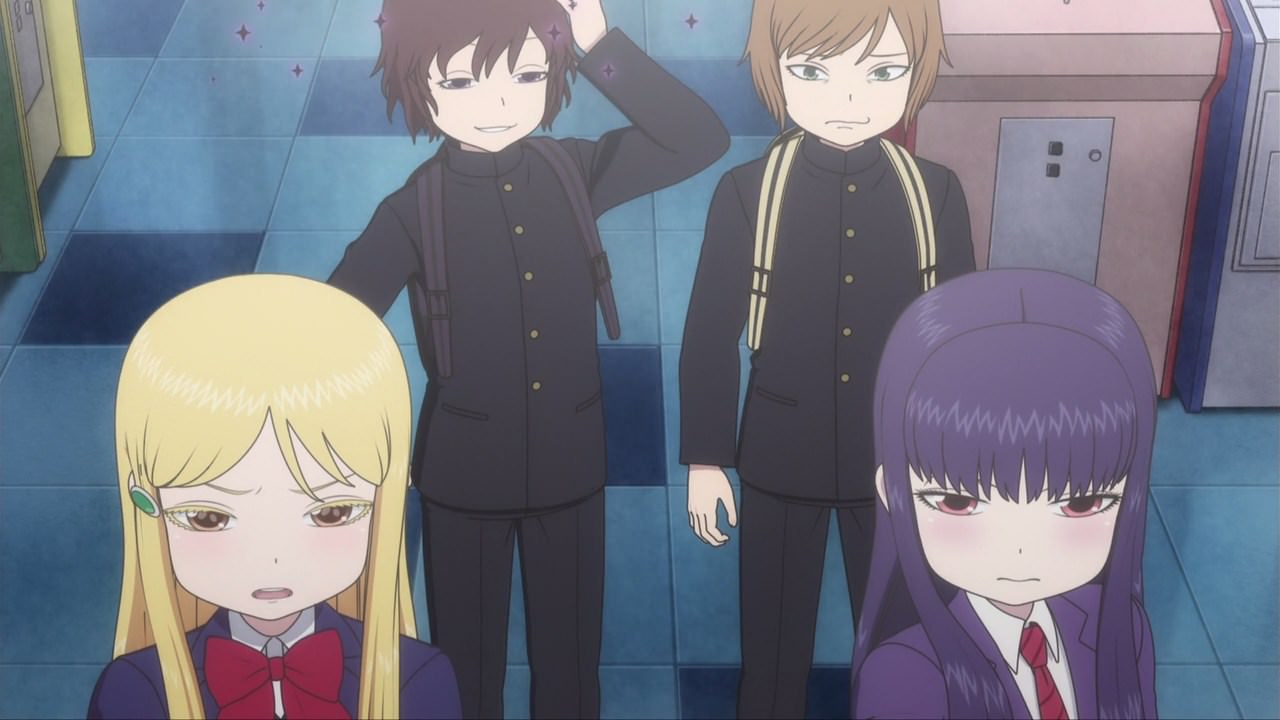 In any case, looks like Akira Ono has proven herself that she’s the ace when it comes to video games, but Koharu-chan says that she won’t give up until Akira told her true feelings towards Haruo Yaguchi.

Otherwise, Hidaka will date Haruo regardless ’cause she doesn’t want to be a friend to him. Anyways, looks like Akira Ono will have to go home. 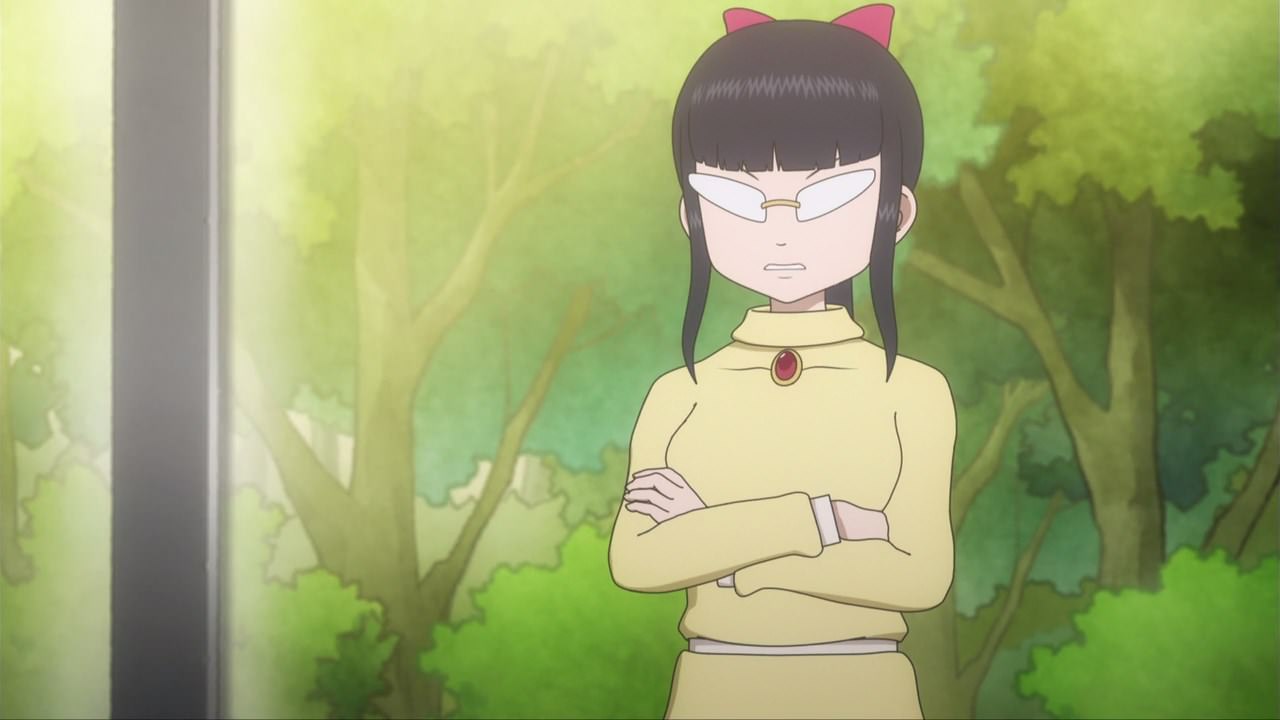 Unfortunately for Akira, she’ll be at the mercy of her terror tutor Moemi Gouda where she forbids her to go to the arcades, let alone buy game consoles including the Virtual Boy. 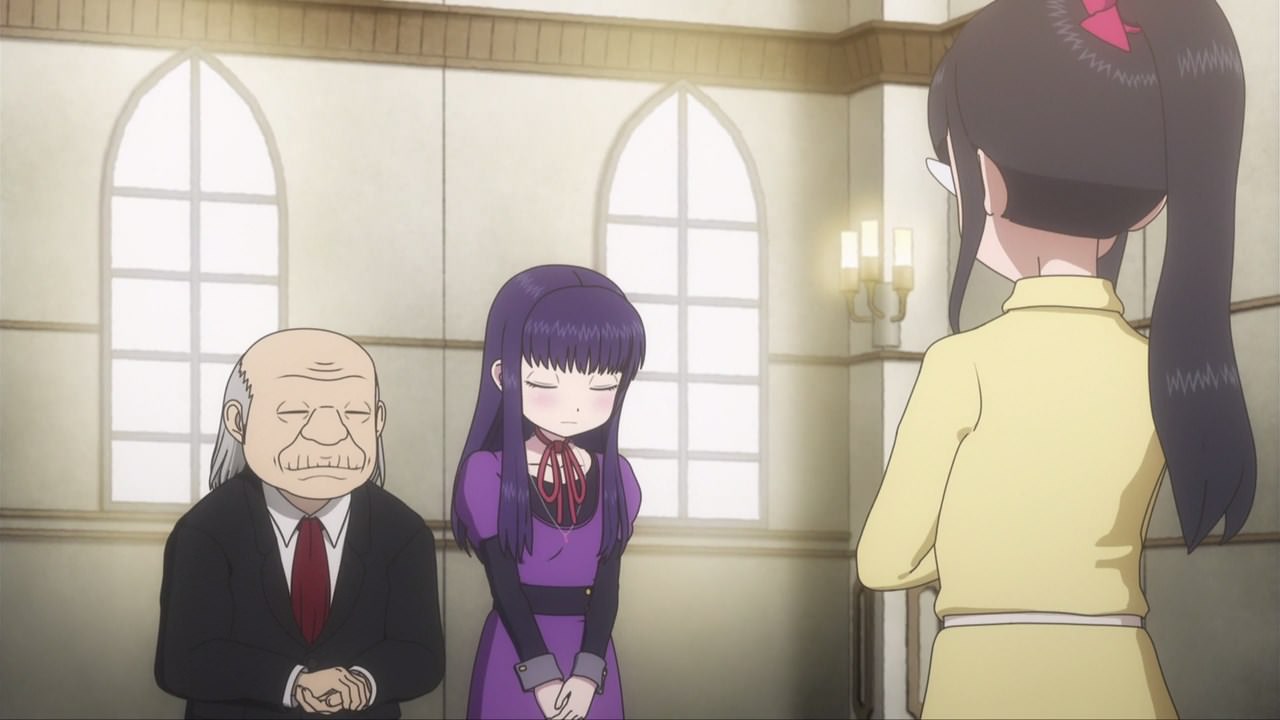 But anyways, seems that Moemi-san wants Akira to become a well-mannered woman that’s worthy of inheriting the Ono Zaibatsu. Then again, that’ll be boring if she’ll study all day and that’s why Akira wants to go to the arcades and play. 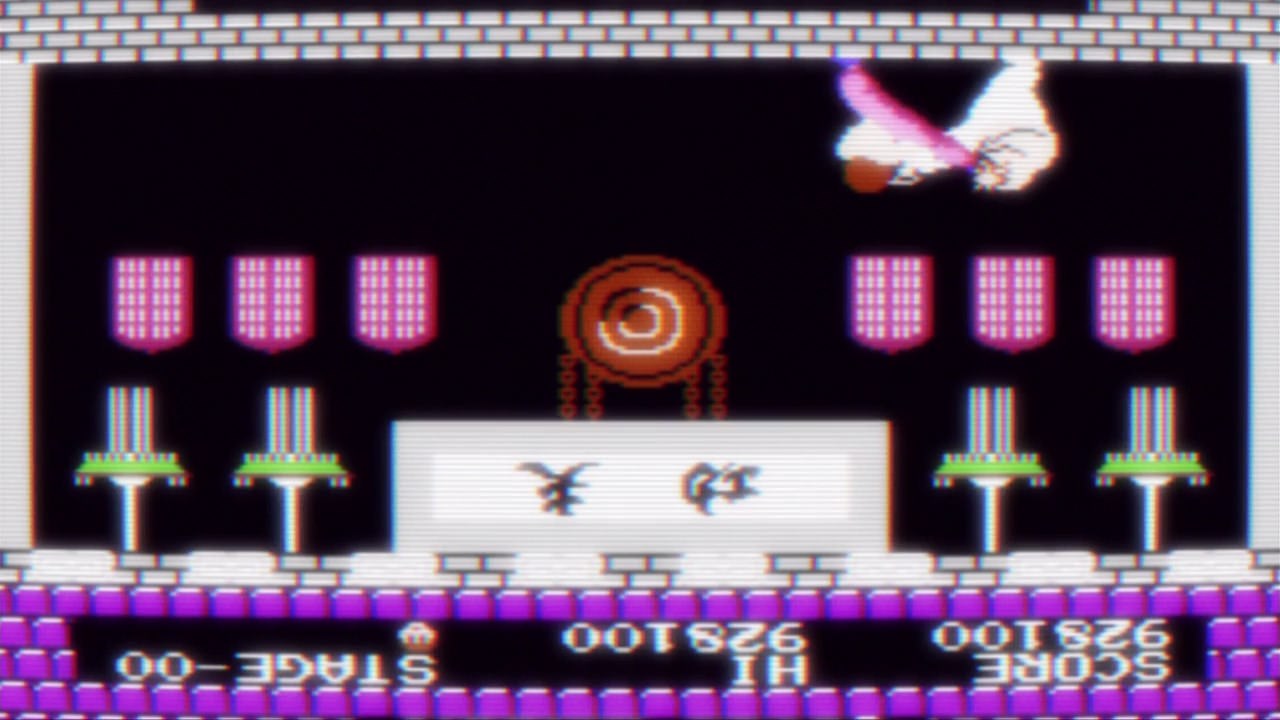 Meanwhile, here’s Haruo Yaguchi playing Yie Ar Kung-Fu on the Nintendo Famicom. No, your screen is not flipped by the way… 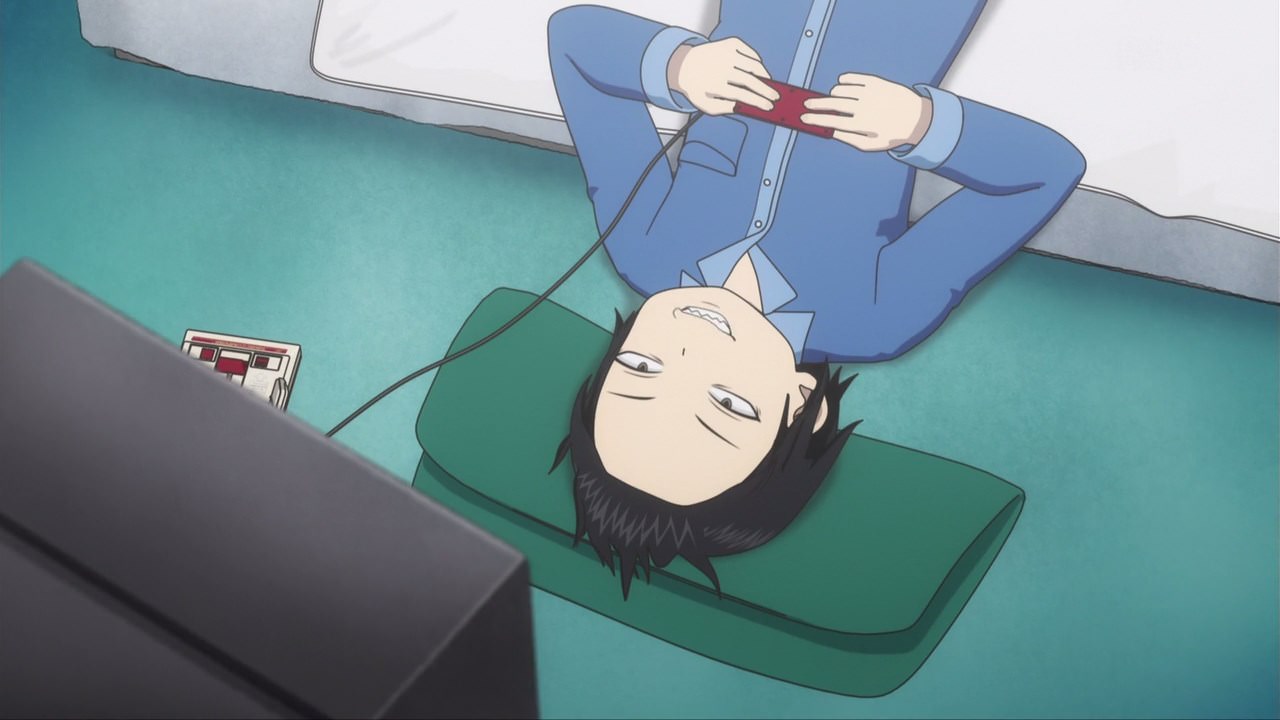 …as Yaguchi is playing the game upside-down. Gotta say that he’s making a full recovery by going back to basics. 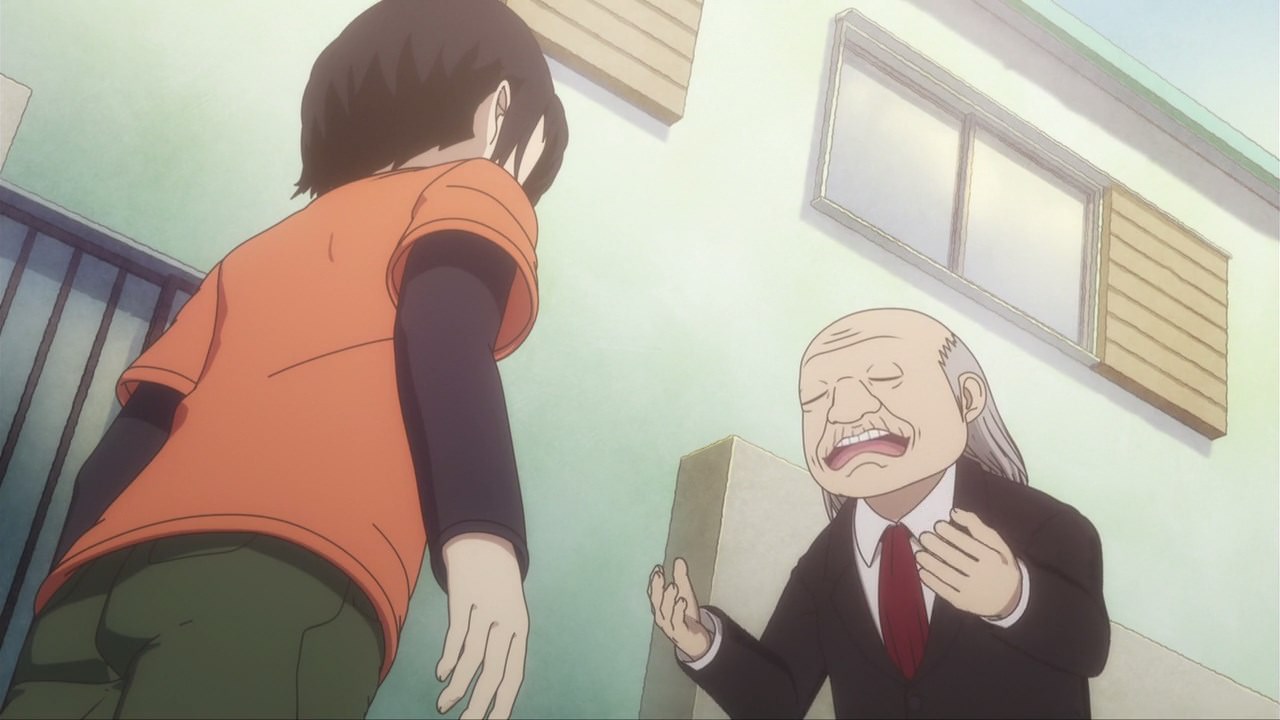 Of course, his comeback won’t be complete without Akira Ono around as her butler told Yaguchi-kun that Akira went missing. Oh boy, that’s not good! 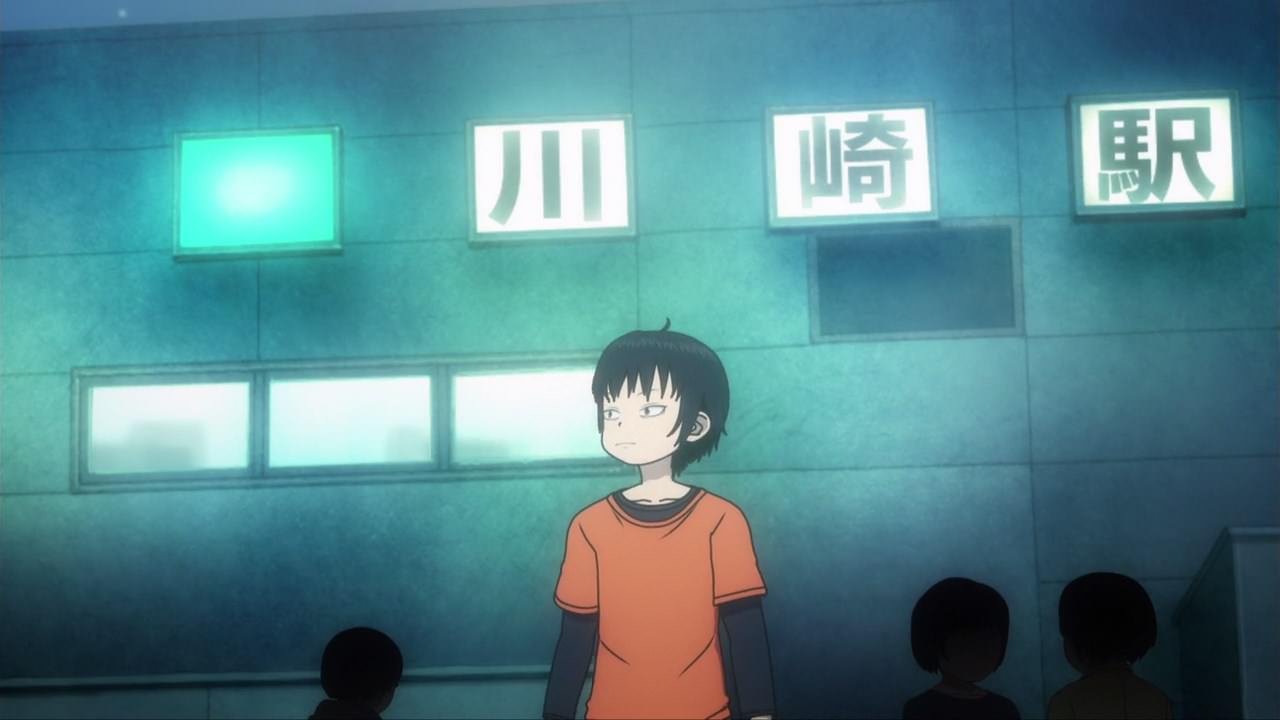 And so, Haruo Yaguchi went to Kawasaki City as he has a hunch that Akira is there to play arcade games. 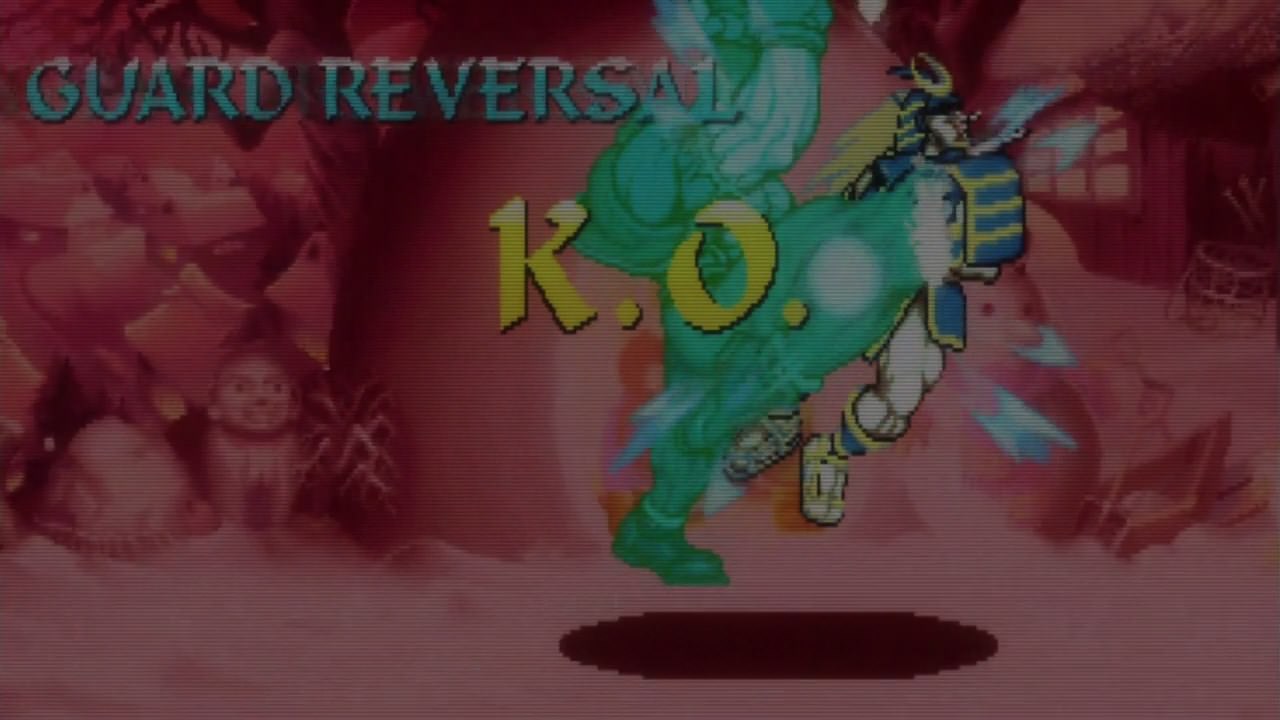 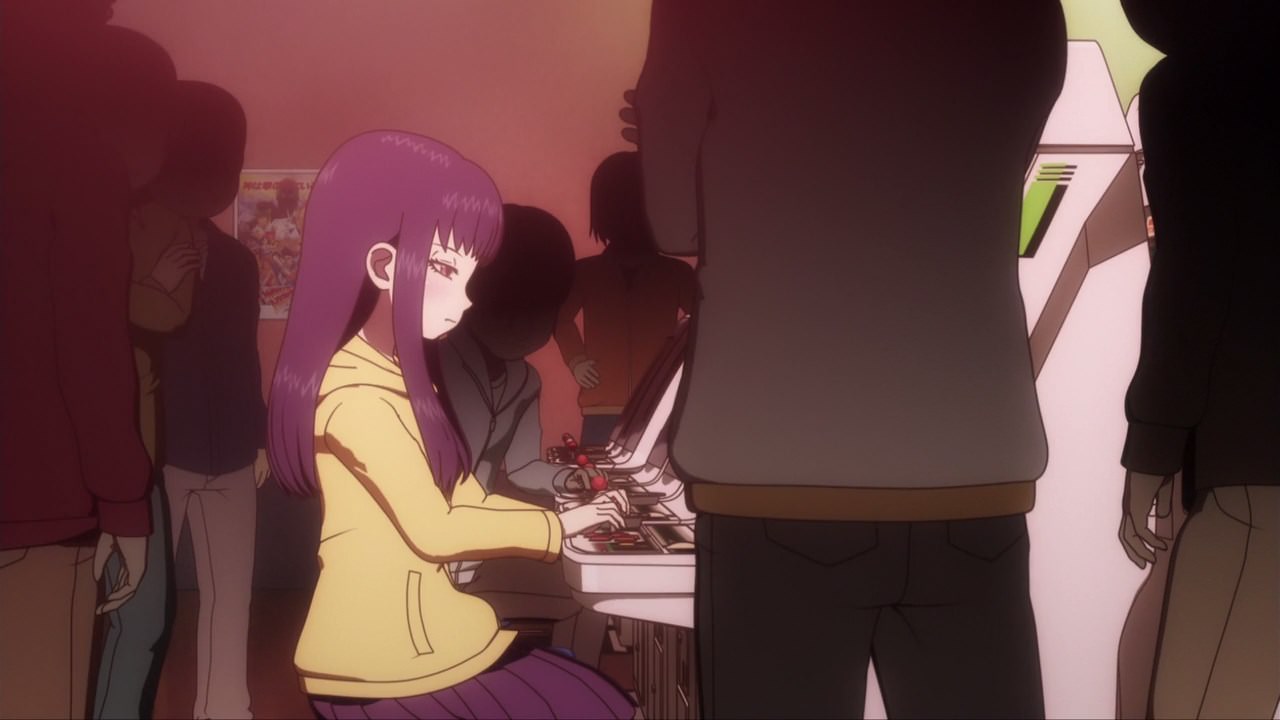 Anyways, here’s Akira Ono as she’s playing Vampire Hunter (or Night Warriors), racking up 70 consecutive wins with her Victor. As expected from Akira, she’s the beast! 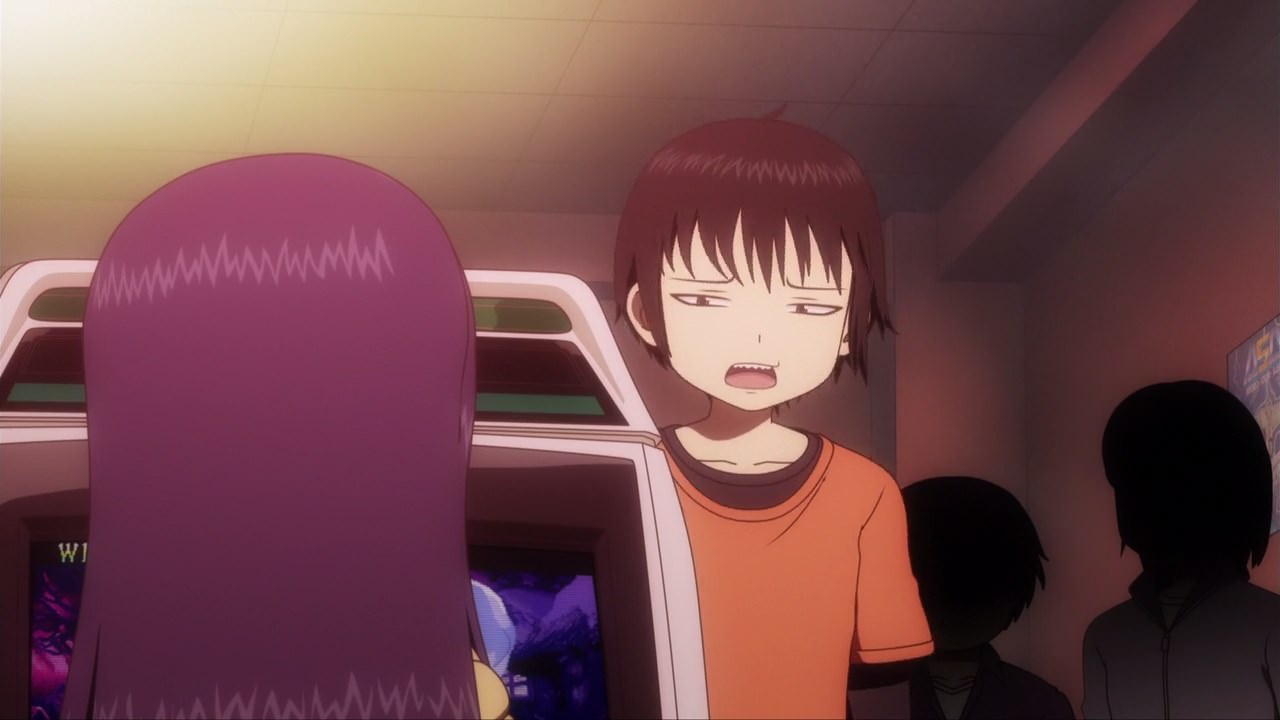 Of course, it’s time for her to go home as Yaguchi-kun is here to pick her up. After all, it’s way past curfew time and it’s dangerous at night. Also, he’s the only who’s playing Bishamon earlier.

Still, I really wish that Haruo Yaguchi will notice Akira Ono’s feelings instead of treating her as a rival. Oh, and Moemi Gouda should loosen up a bit towards Akira ’cause it’s bad to study all day. Anyways, I’ll see you next time for the final episode and man, we’re getting closer to the finale!