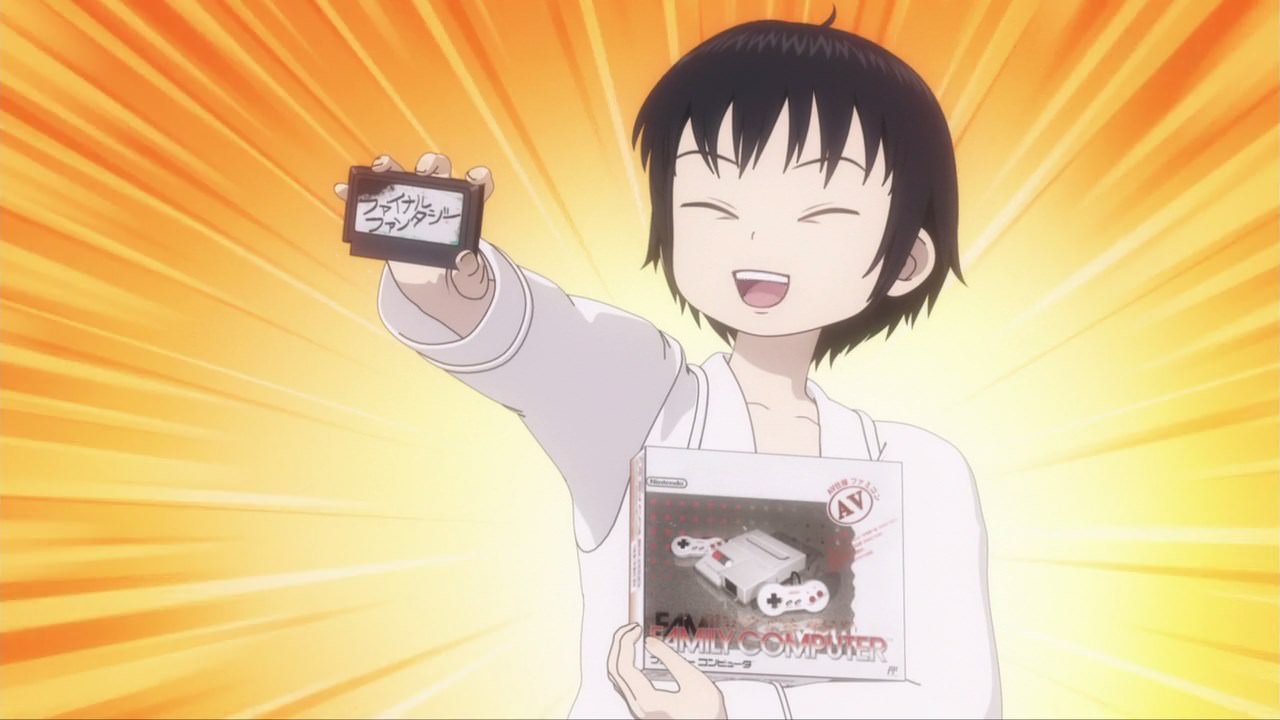 On this episode, Haruo Yaguchi and Akira Ono are staying at a hotel since they missed the last train, and let’s not forget that Akira is still upset because of Moemi Gouda’s strict tutoring. Still, Akira’s parents and her butler are worried about her.

But don’t worry about Akira ’cause Yaguchi-kun bought a Nintendo Family Computer (also known as the Famicom) and a mysterious game. I wonder what that game is? 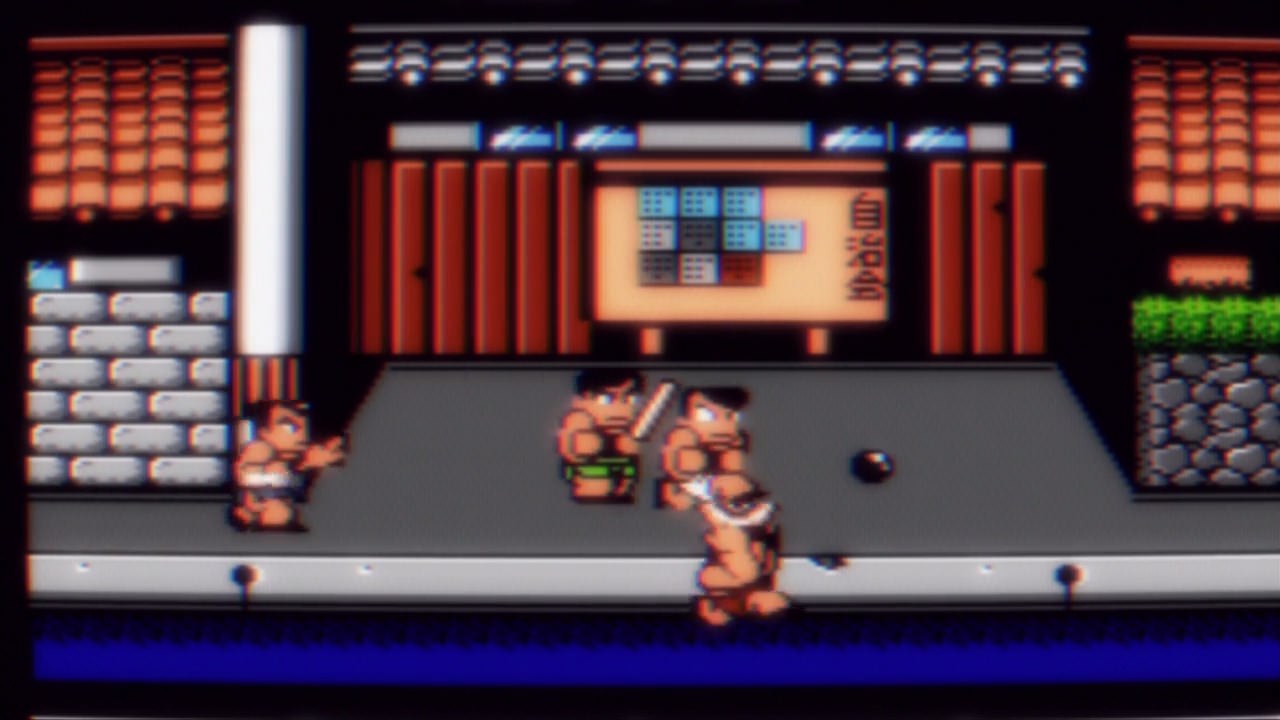 Turns out that it’s actually Downtown Nekketsu Koushinkyoku: Soreyuke Daiundoukai, one of the many popular titles in the Kunio-kun franchise but I prefer playing Shin Nekketsu Kouha: Kunio-tachi no Banka, which is one of the best ones. 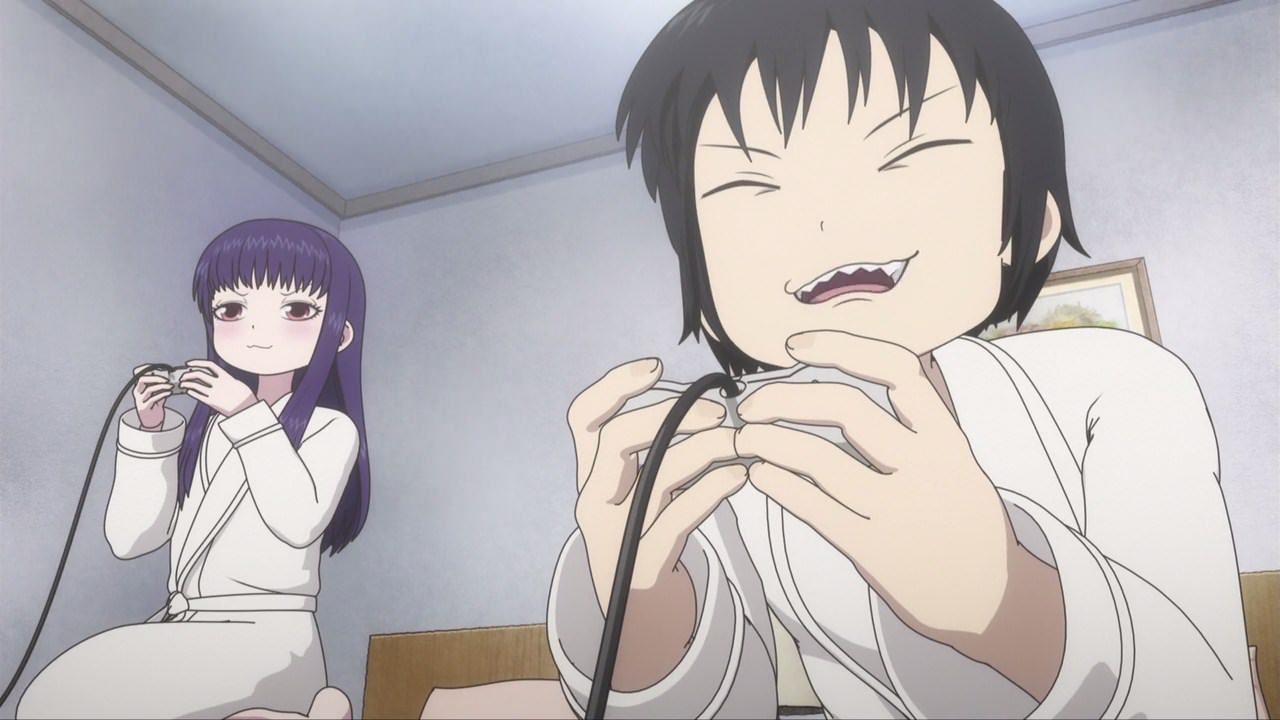 But anyways, both Akira and Yaguchi-kun are playing it at a hotel until they got tired and sleepy. At least they’re not bored or anything that’ll make them awkward like dead silence. 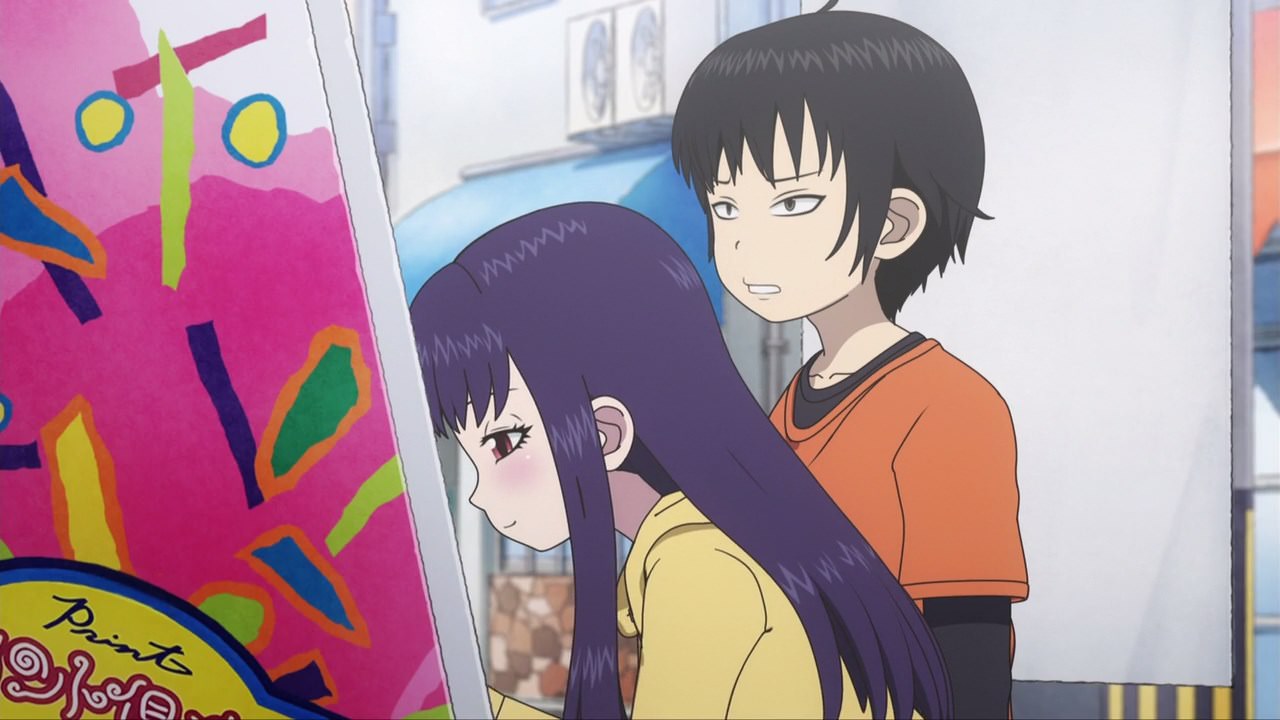 Afterwards, they’re about to go home but not before Yaguchi and Akira went to a photo booth where they’ll take a commemorative picture of themselves. 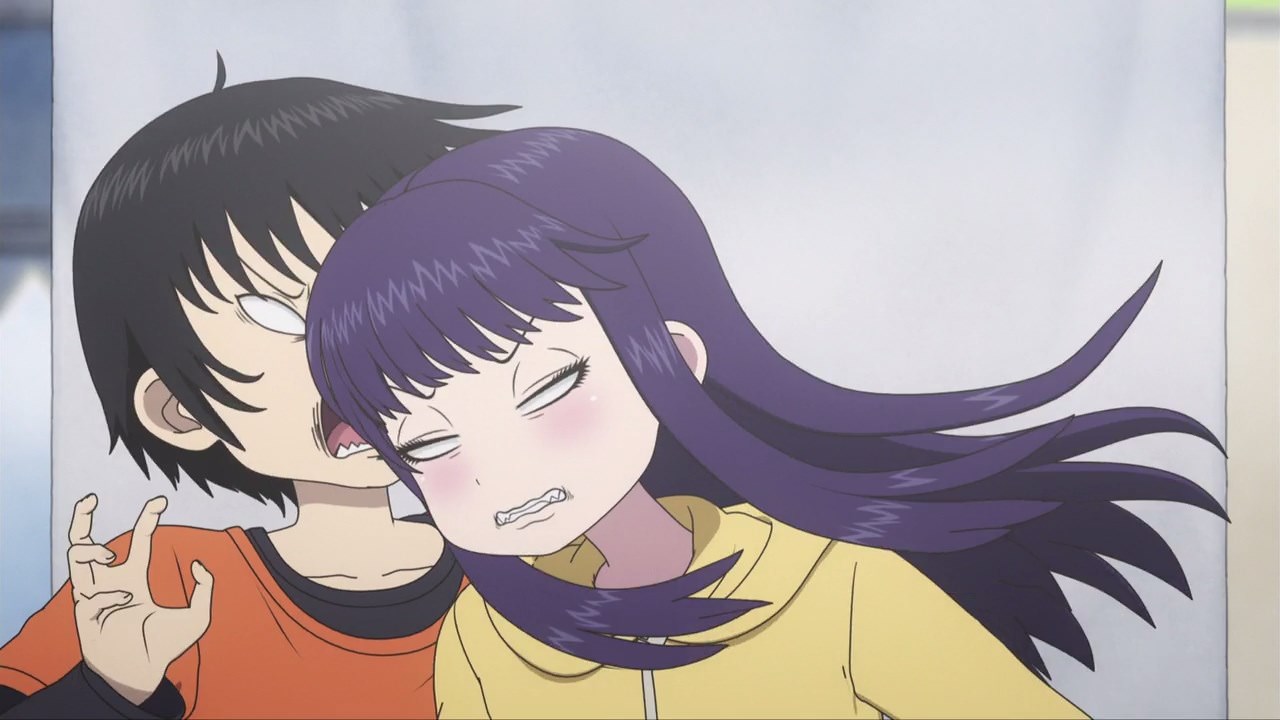 However, their photo opportunity got ruined… just a little bit when Haruo Yaguchi got a painful headbutt from Akira Ono.

At least it’s still a commemorative photo but anyways, Akira Ono went home without a hitch. Then again, her butler will do the explaining to her parents and Moemi-san. 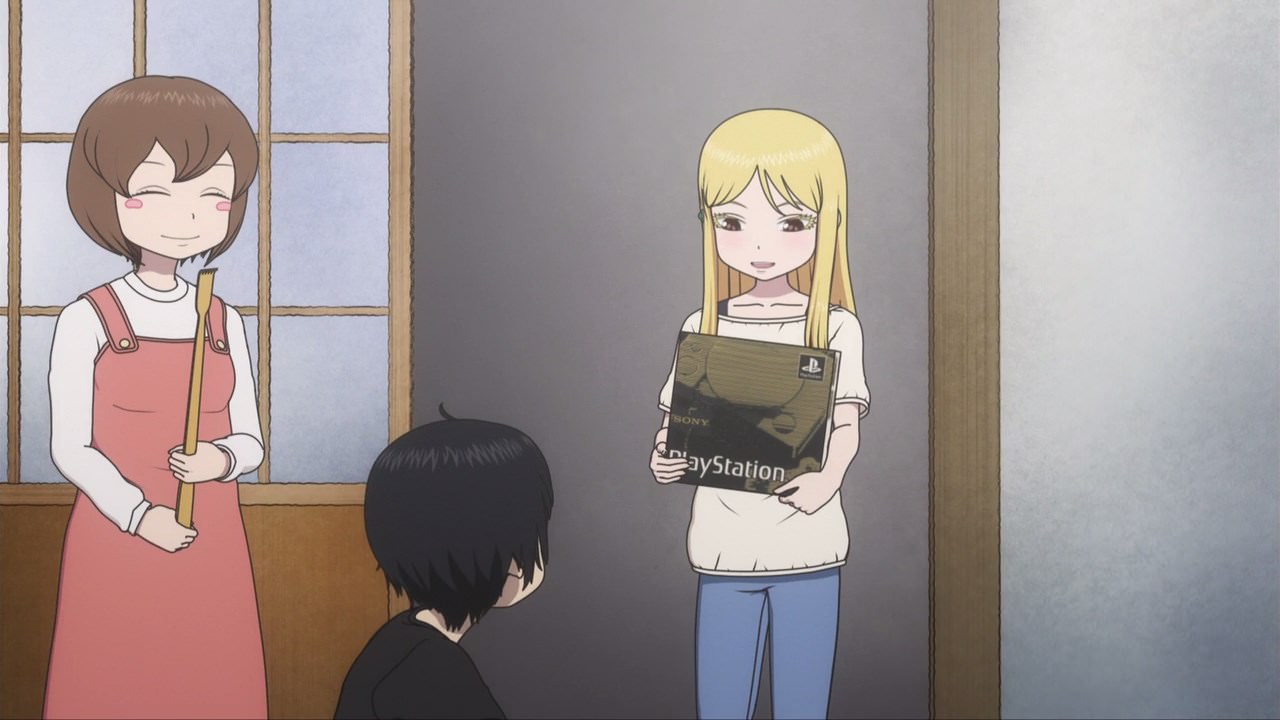 Moving onto the next scene where Koharu Hidaka visited Yaguchi’s house to have him play her Sony Playstation in exchange for borrowing the Sega Saturn. Even Yaguchi’s mother Namie-san is surprised. 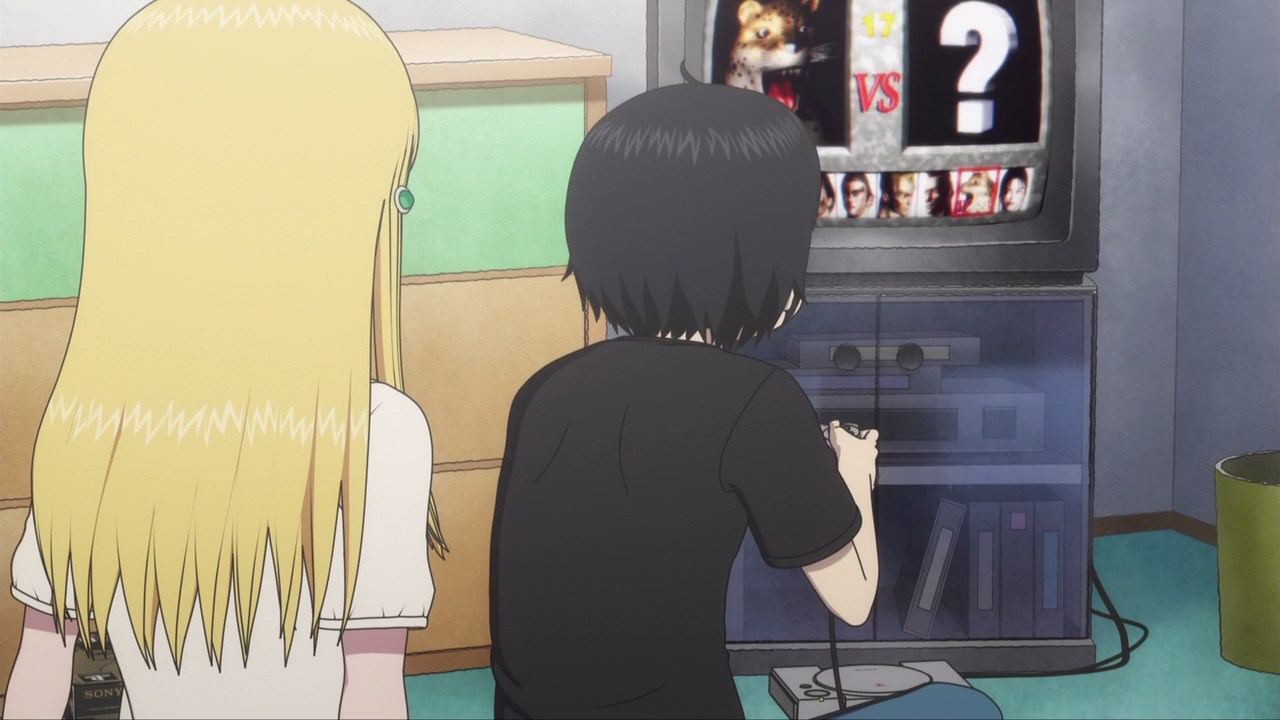 And speaking of Yaguchi-kun, he’s excited to play Tekken 2 so he wants to brush up some Tekken skills by playing the first entry to the Tekken series. Let’s hope that he plays some good-ass Tekken!

But for Koharu Hidaka however, she’s satisfied on watching Yaguchi-kun play as she’s not into playing 3D fighting games like Tekken. 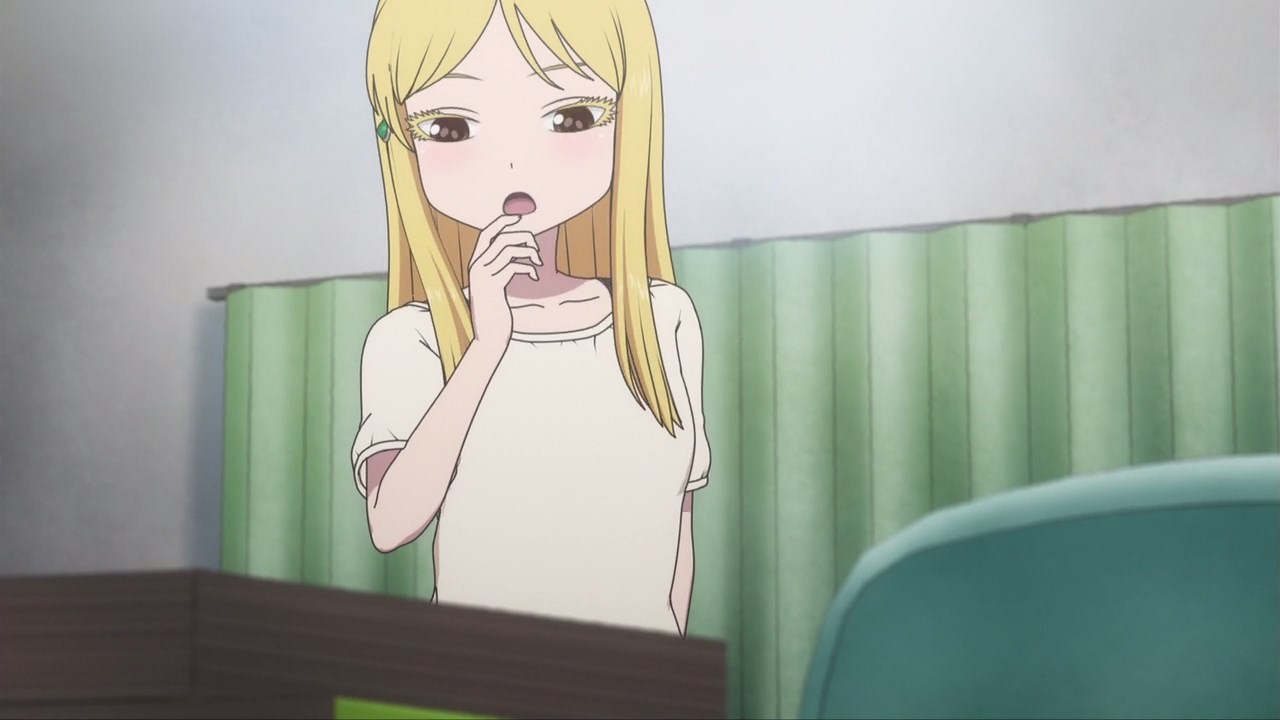 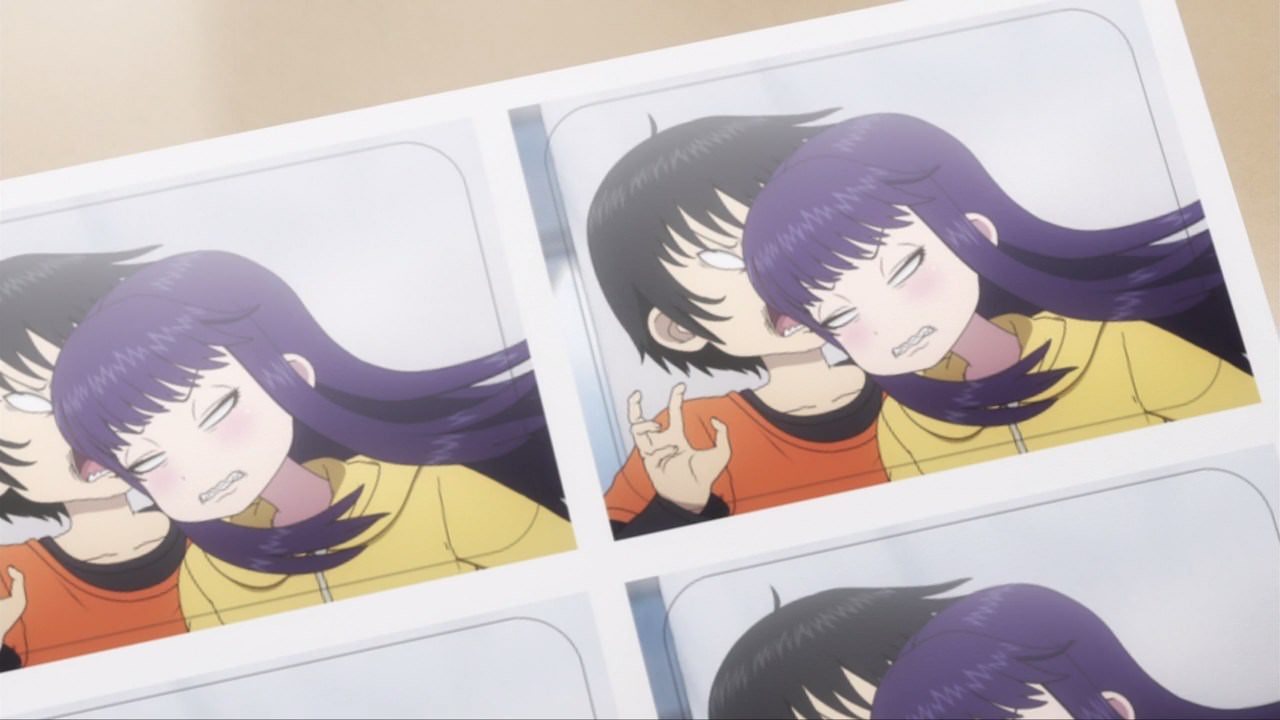 On the other hand, Koharu saw the photo sticker of both Akira and Yaguchi-kun, which made her a bit jealous a bit.

After all, the reason why she got good at playing video games is because Koharu-chan is in love with Yaguchi-kun. Oh, and she has a fiery rivalry with Akira Ono, although I want them to settle the score in the previous episode. 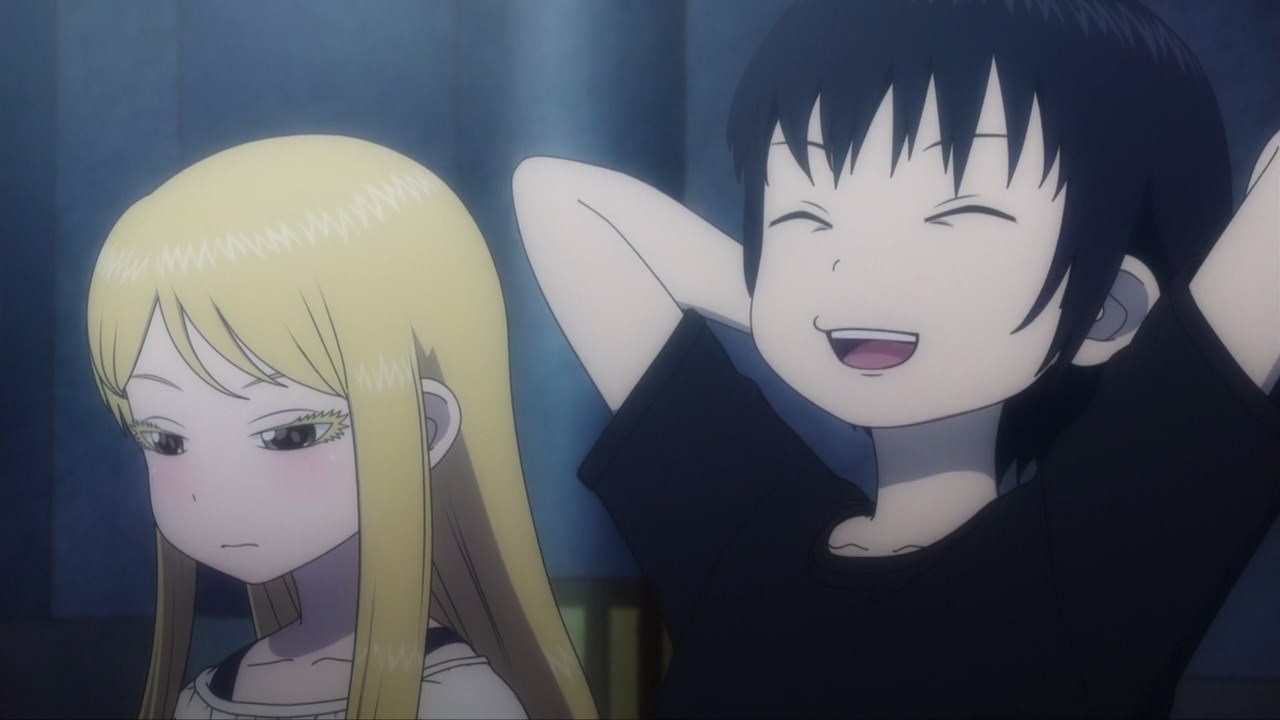 Anyways, Yaguchi escorts Koharu-chan home because it’s dark outside and you don’t want a girl getting caught by some thugs at night. It’s scary~! 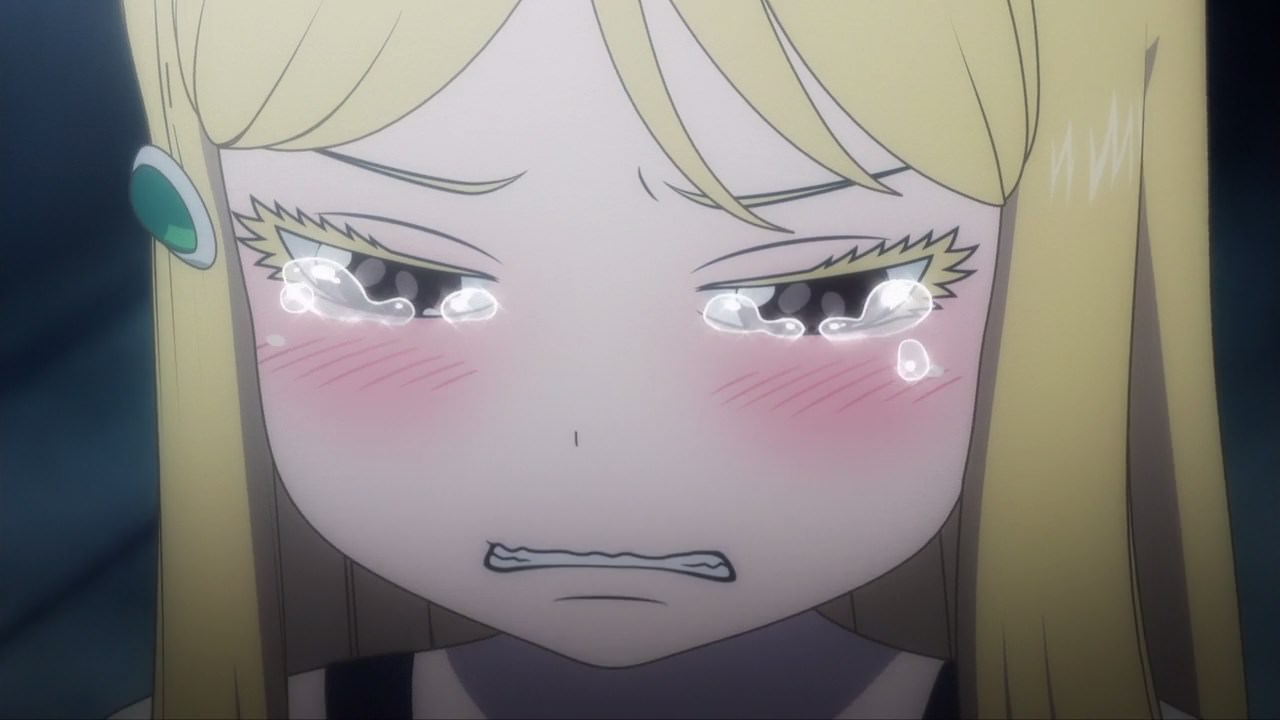 But then, Koharu Hidaka asked Haruo Yaguchi in regards to his relationship with Akira Ono, which he told her that Akira is his rival.

Also, Koharu told Yaguchi-kun that she loves him… like from out of the blue! 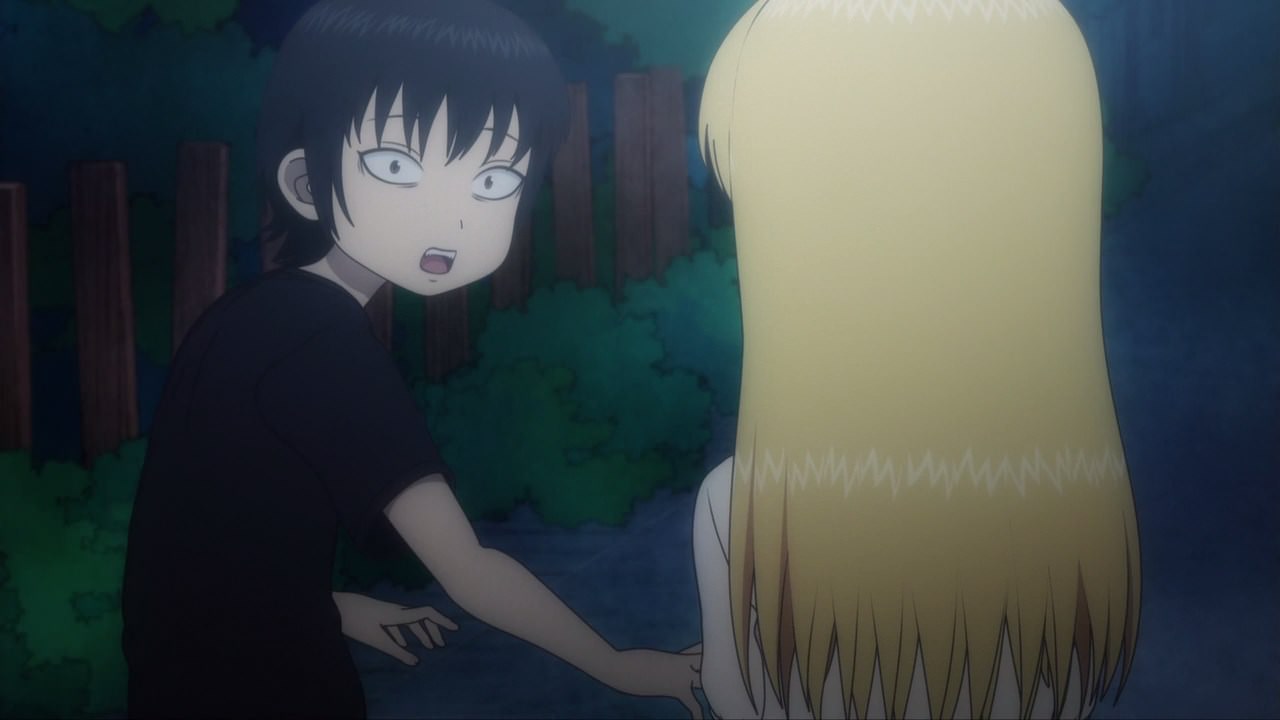 And we have a rare footage of Haruo Yaguchi getting surprised and confused to what Hidaka said to him. Really Haruo, get a clue about Koharu’s confession to you! But you know what, I think Hidaka will try to win his heart by beating him in fighting games.

And that’s about it for High Score Girl as we’ll have to end this series right here. Gotta say that despite animating this show in 3D which it doesn’t look good to some people, what’s important is the story as you have the main male character interacting with both heroines through video games. And really, Haruo Yaguchi is somewhat relatable to some people because despite loving video games, Yaguchi understands Akira Ono’s woes that he becomes a support to her. Too bad that he’s oblivious to Koharu Hidaka’s feelings and he’s not gonna date Akira Ono anytime soon.

With that said, it’s an interesting series that not only feature classic games, both recognizable and obscure, but it also a coming-of-age story about a video game fan meeting with a rich and lonely girl. Too bad that we’re not gonna get another season since getting permission from various game companies is hard and- Wait, seems that High Score Girl will continue… in March of next year!