Free! Dive to the Future Episode #12

Posted on October 1, 2018 by benigmatica 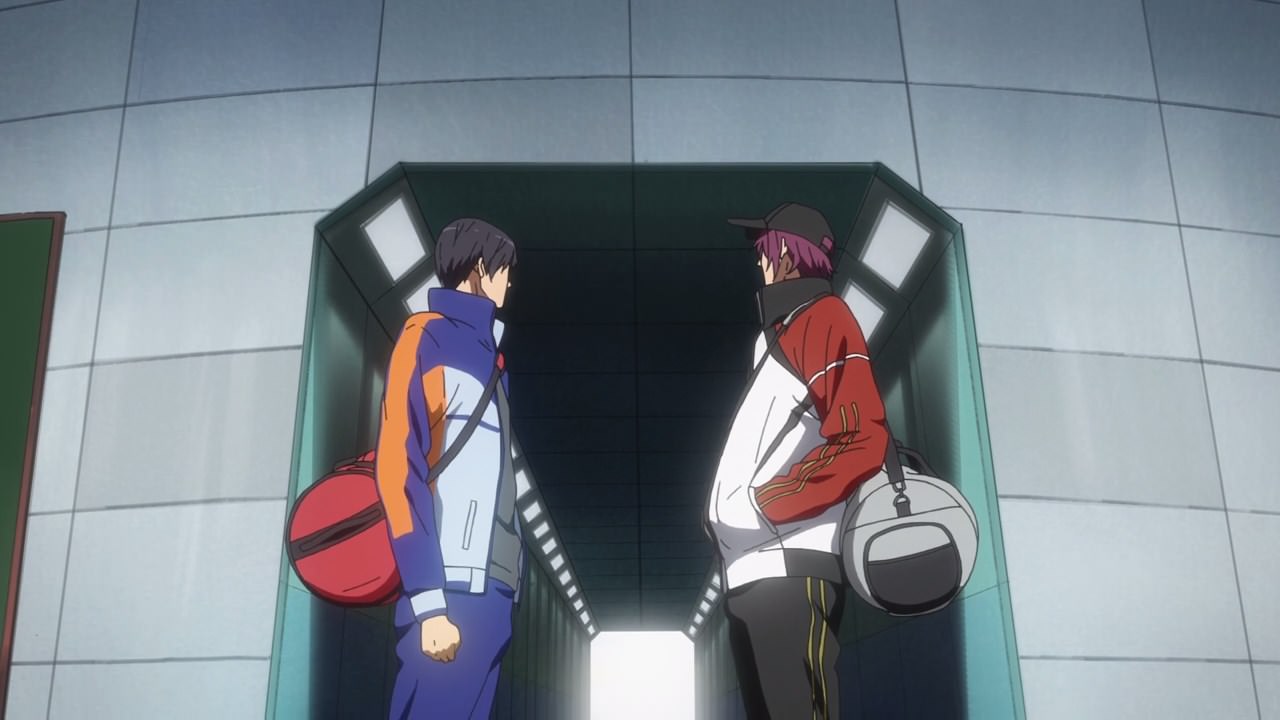 Hey everyone, you know what we’re waiting for as it’s time for the All-Japan Invitational. This is a tournament where the best swimmers from Japan will fight until a winner emerges, which they’ll compete to the world championships in an unspecified future.

For Haruka Nanase and Rin Matsuoka, it’s their time to show what they’re made of against the best of the best! Fun fact, Haruka didn’t learn how to swim from other people as he learned it by himself… at a young age too. 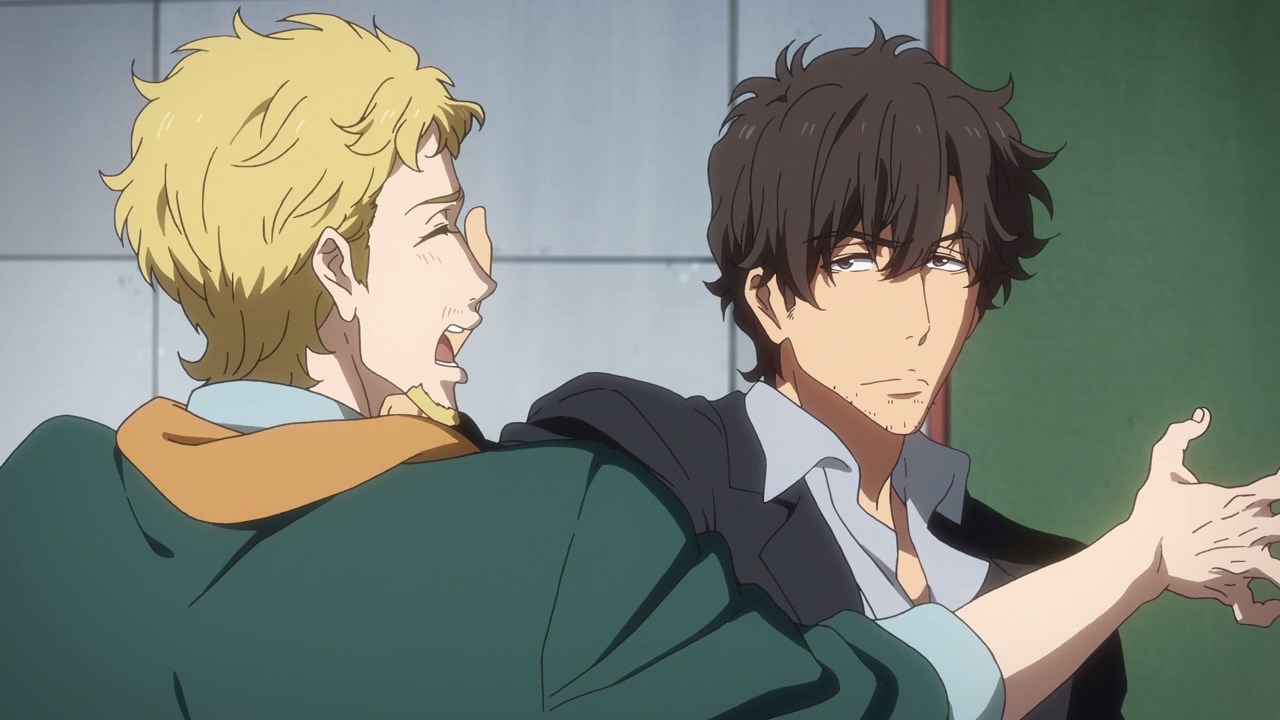 On the other hand, here’s Mikhail Makarovich as he met his old friend Ryuuji Azuma, which Ryuuji-san was not amused since he’s pretty much annoyed towards Mikhail.

By the way, it turns out that the reason why Azuma retired is because he had a friend who got caught in an accident. While we don’t know if his friend died or nor, all I can say is that Ryuuji-san is deeply hurt that he’s no longer have the will to swim again. Well, that’s until he met Haruka in which Ryuuji-san trains him. 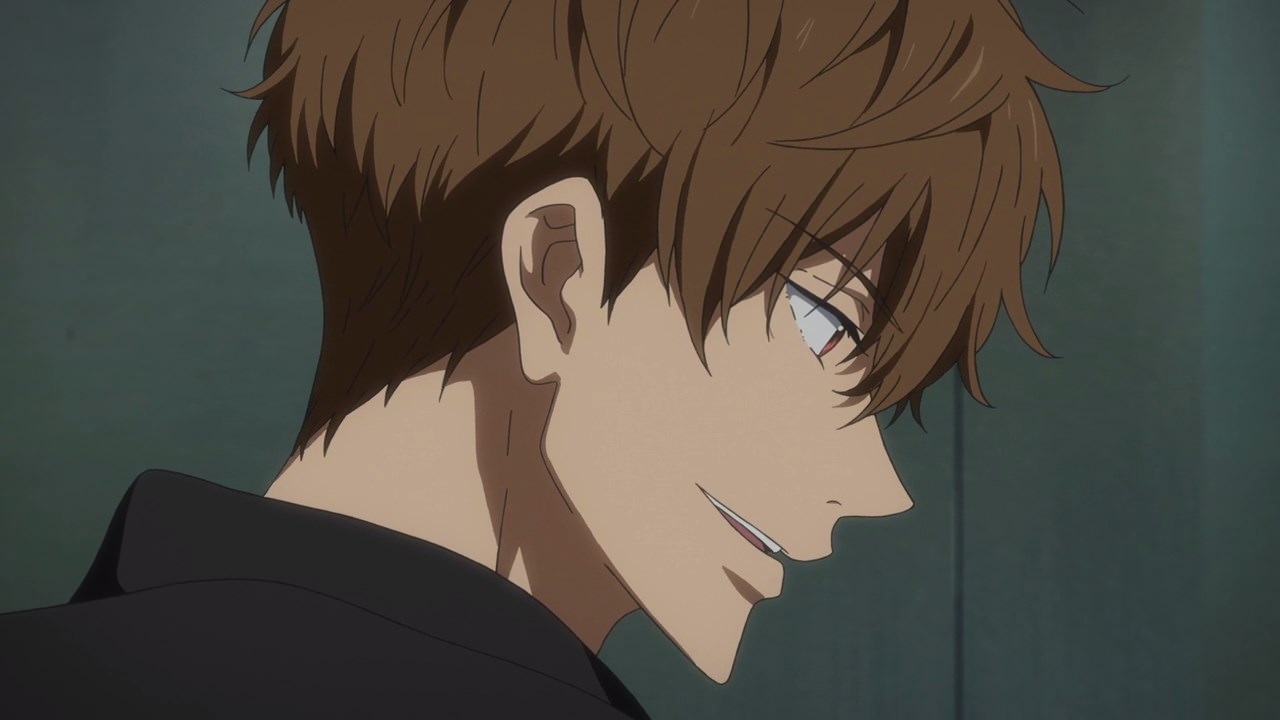 Now then, let’s move onto the All-Japan Invitational where we have Natsuya Kirishima going up against a familiar foe in the 200m individual medley. 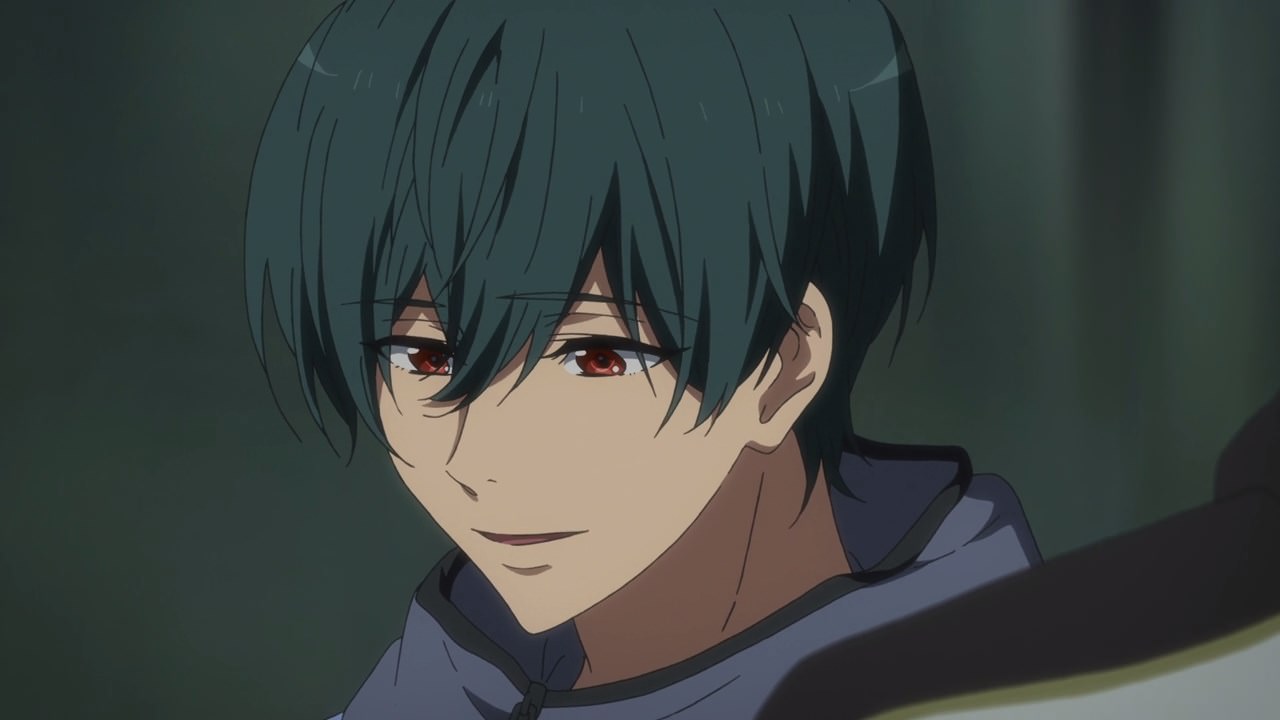 That’s right, it’s Ikuya Kirishima as he’s looking forward to compete with his older brother after getting out of a slump. 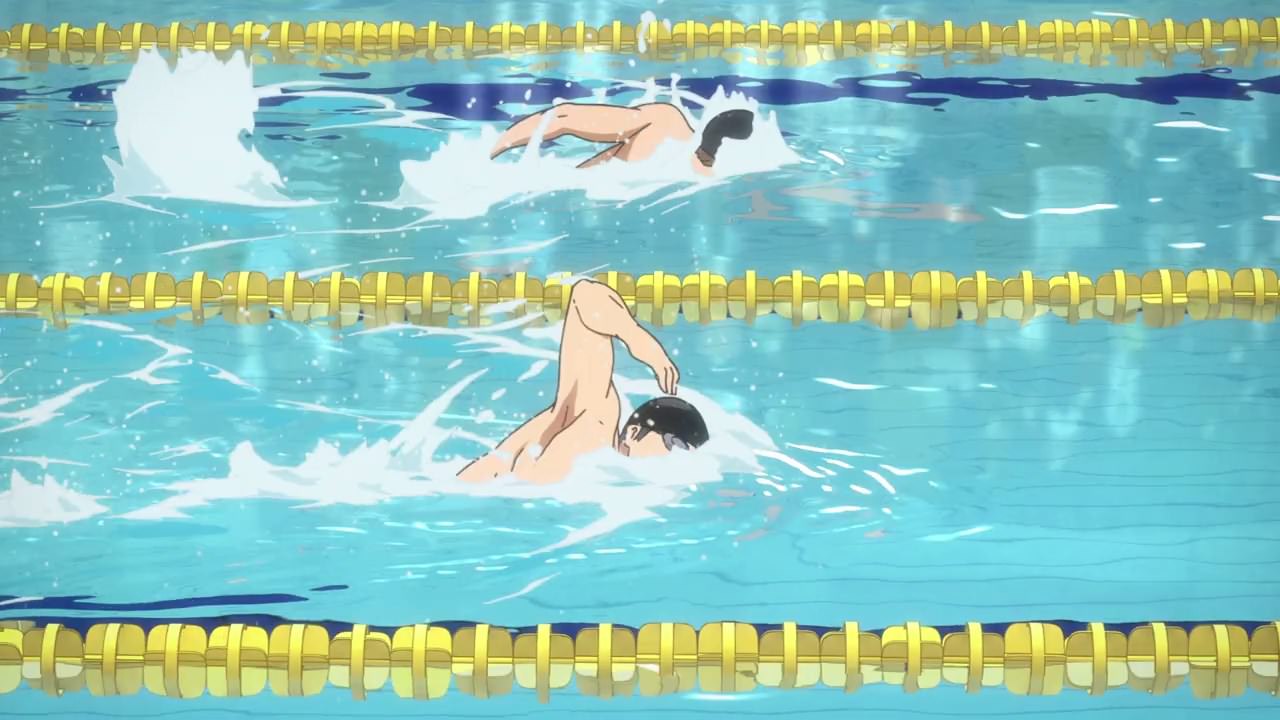 With that said, it’s time for the 200m individual medley as both brothers are neck-to-neck towards the finish line. 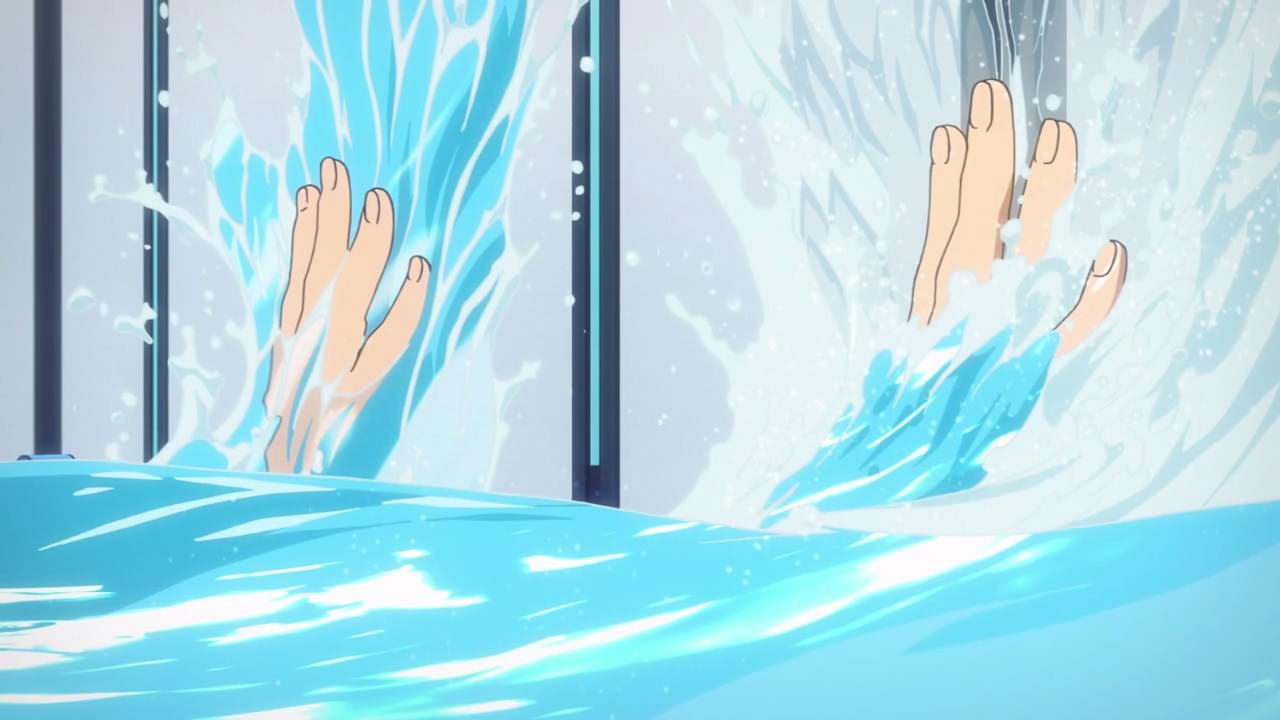 Of course, there’s only one winner and that would be Ikuya Kirishima as he defeated his brother Natsuya. 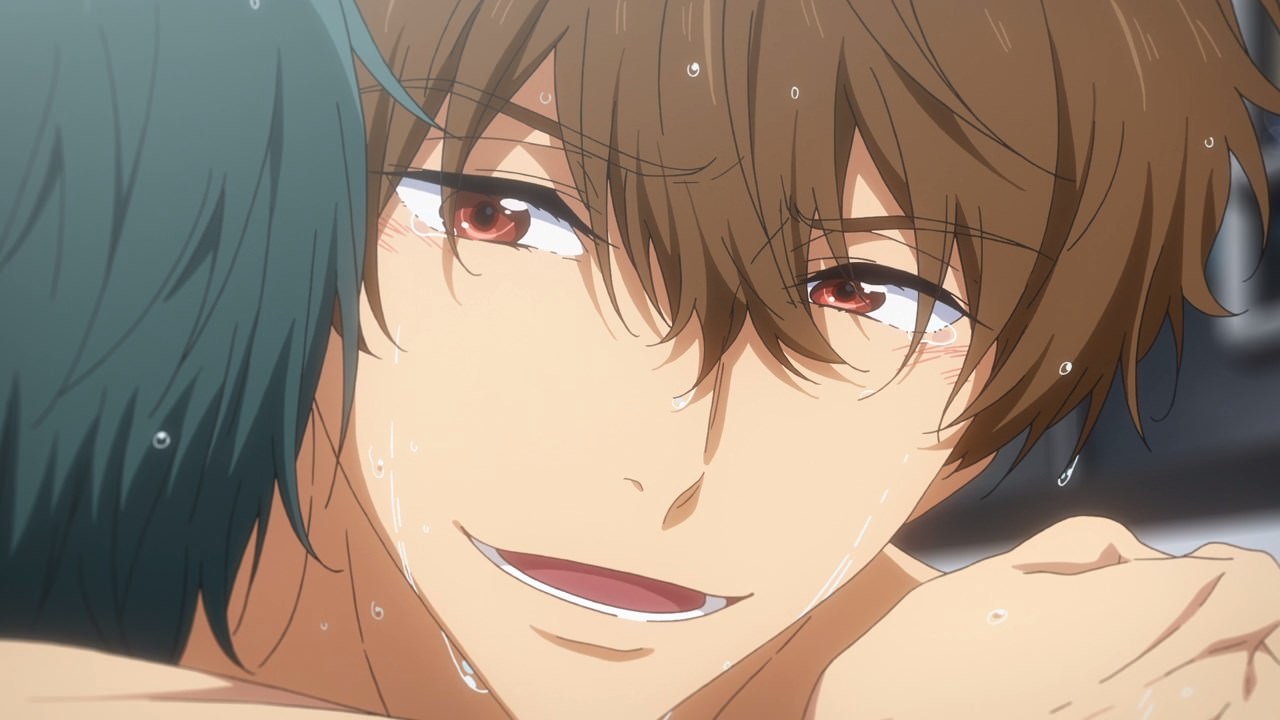 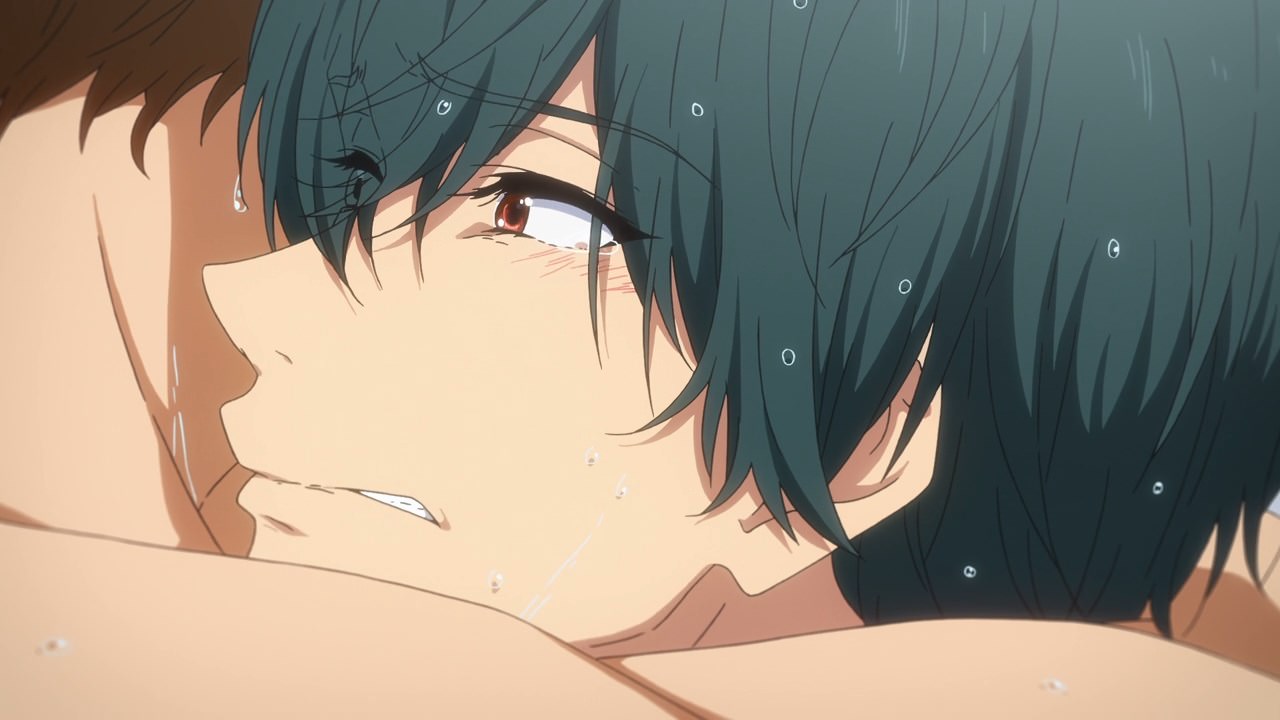 But for Natsuya however, he’s very proud of his little brother that Natsuya gave Ikuya a hug. Gotta say that it makes me cry upon seeing that!

Now that we’re done seeing their brotherly bonds, it’s time to introduce a new character on this last episode. 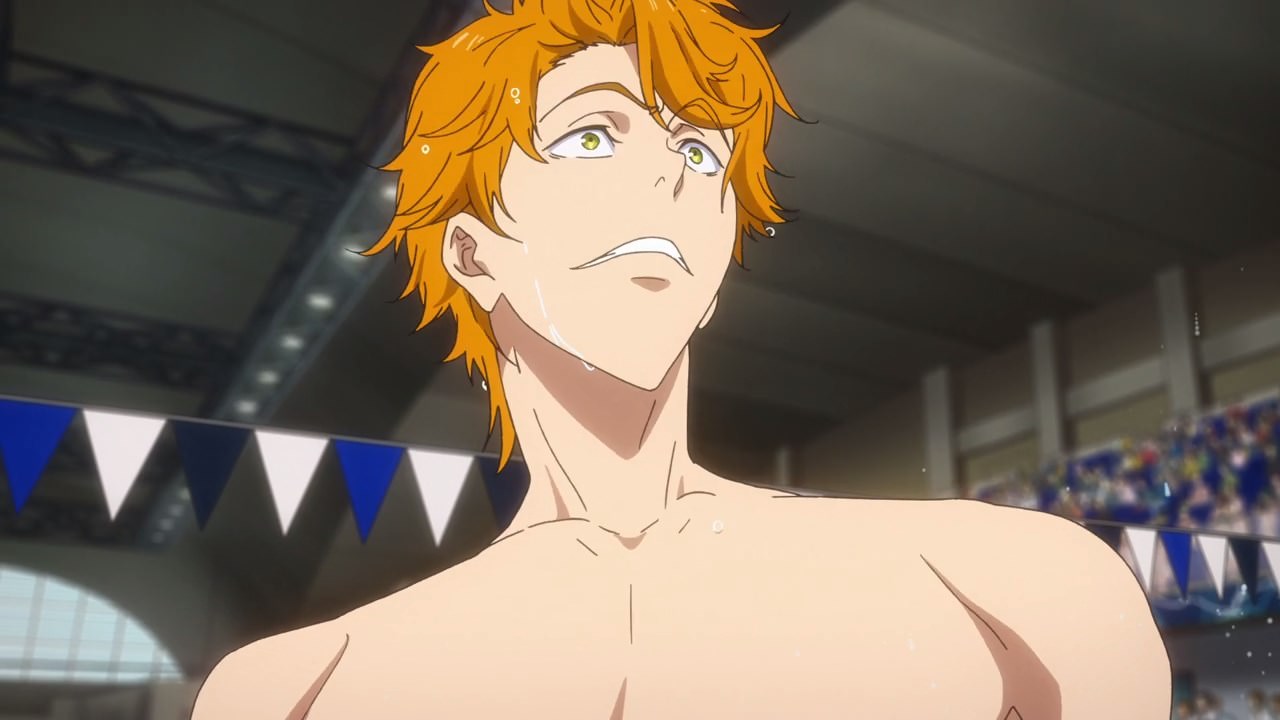 In fact, this guy named Kaede Kinjou is a phenom that it’ll shake Haruka Nanase’s spine much like how he experienced it when facing Albert Wahlånder.

While he’s currently the best in Japan as Kinjou broke the current record, there are a few challengers who can pose a threat to Kaede. 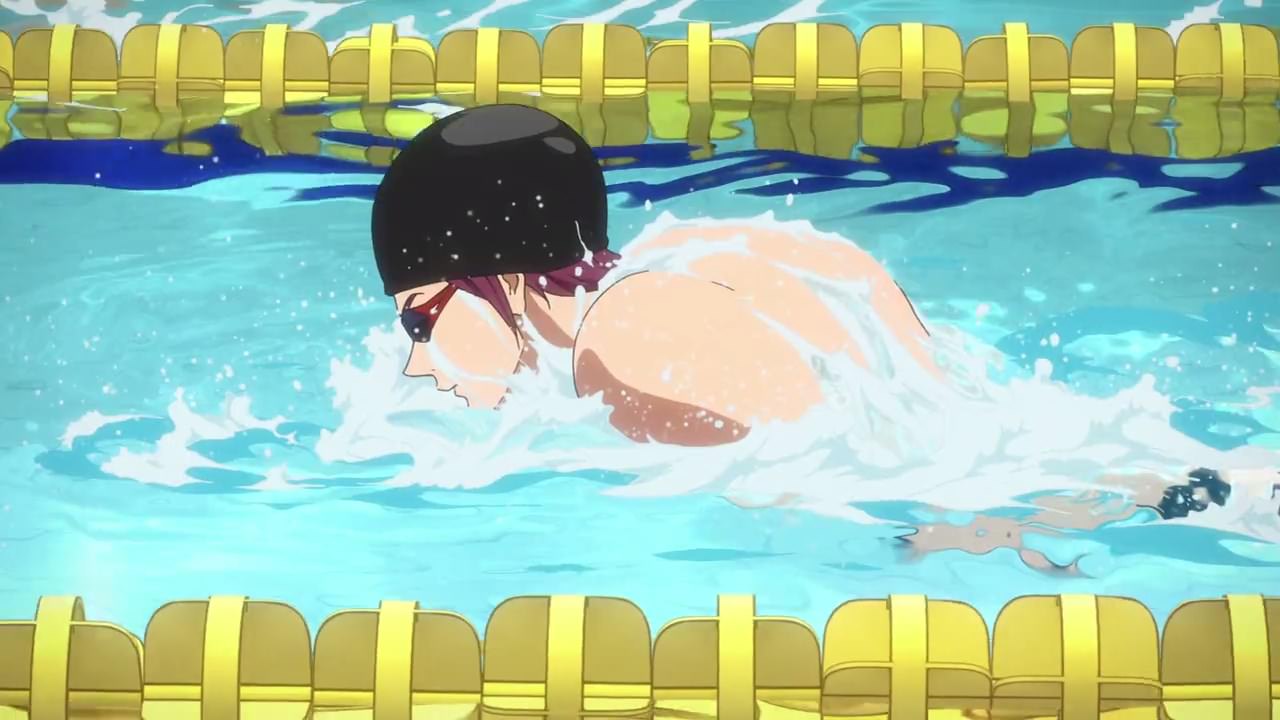 One such challenger is Rin Matsuoka who just got first place at the 100m butterfly event. I have to say that his training in Australia together with Mikhail Makarovich has paid off. 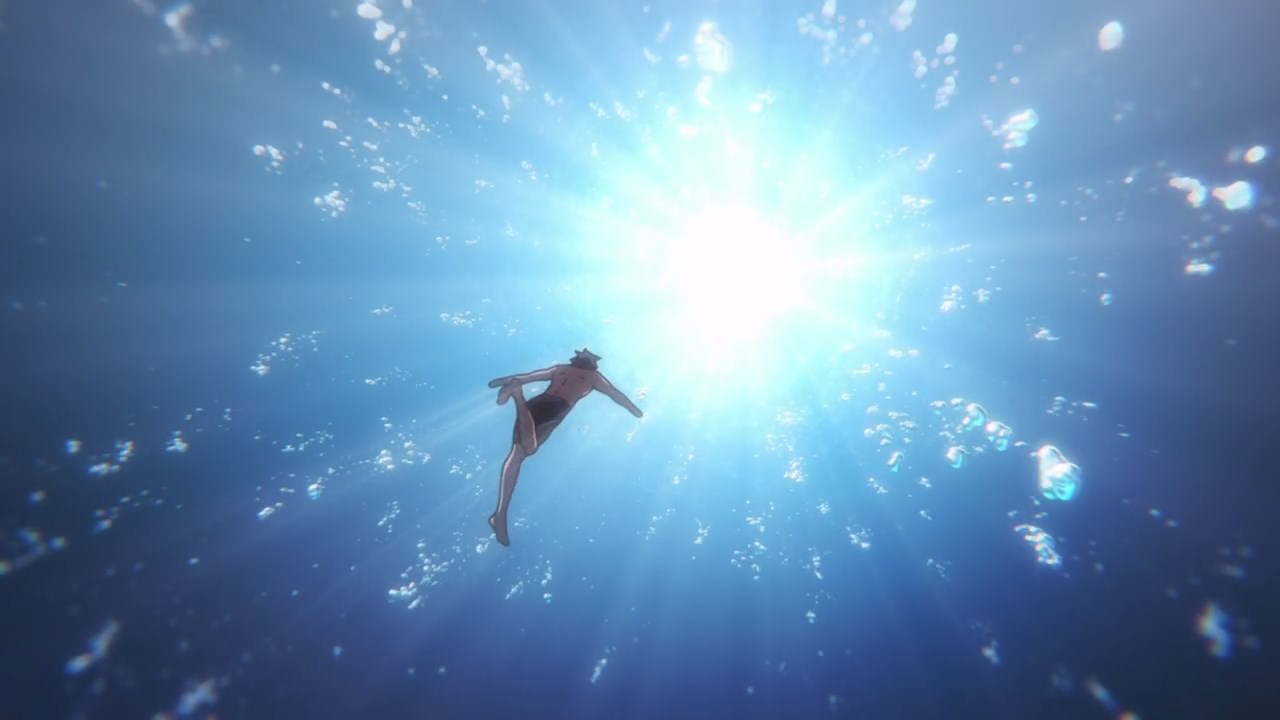 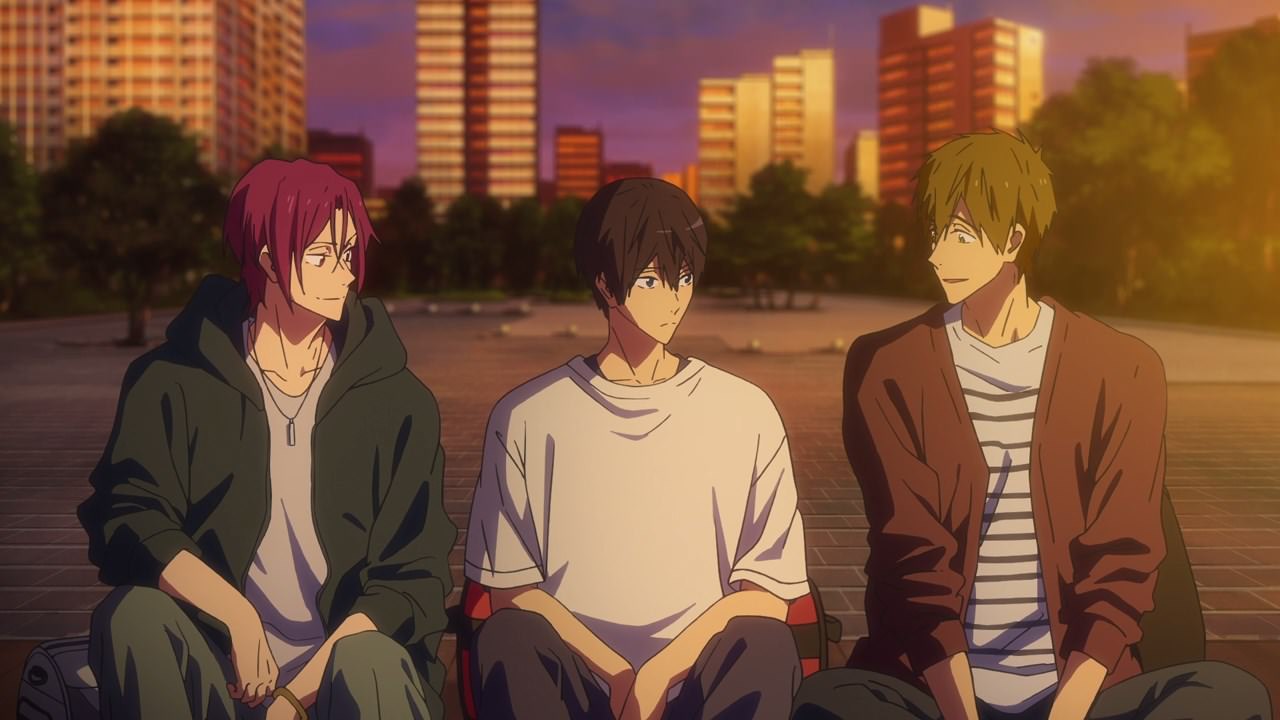 However, Haruka has the support of his friends as they urge him to go further with Makoto Tachibana and Rin Matsuoka helping him out, whether it’ll be coaching or some helpful advice from a rival.

Gotta say that while he’s the one who helped some people on solving their personal problems, now it’s up to them to help him back. 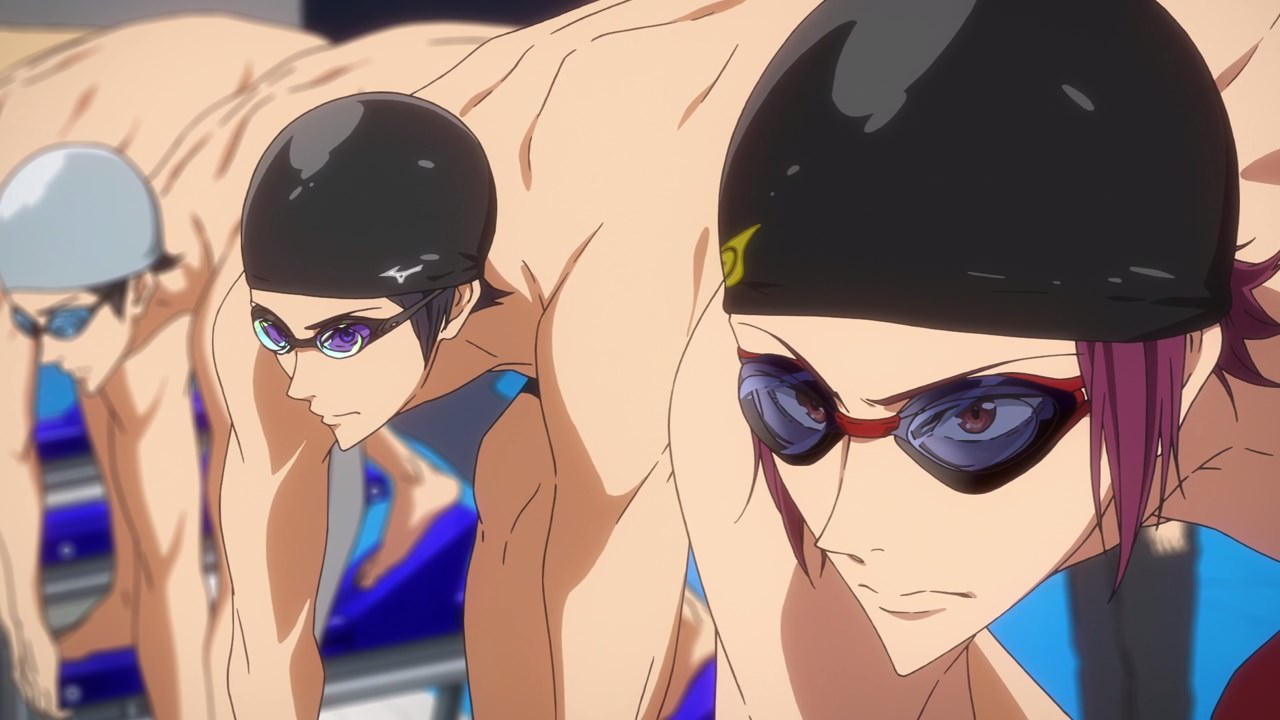 Anyways, it’s time for the 100m freestyle event, but I have to say that we’ll end this 3rd season right here.

Now for my thoughts on Season 3 as it’s just the beginning for something grand for Haruka Nanase and his friends. While I like some maturity to some veteran characters such as Makoto Tachibana and Rei Ryugazaki, as well as some new ones like the Kirishima brothers, I feel that I don’t like some elements like Hiyori Toono getting a bit clingy towards Ikuya Kirishima, as well as Haruka Nanase’s struggles and his road to recovery that it should be reserved for a new season. 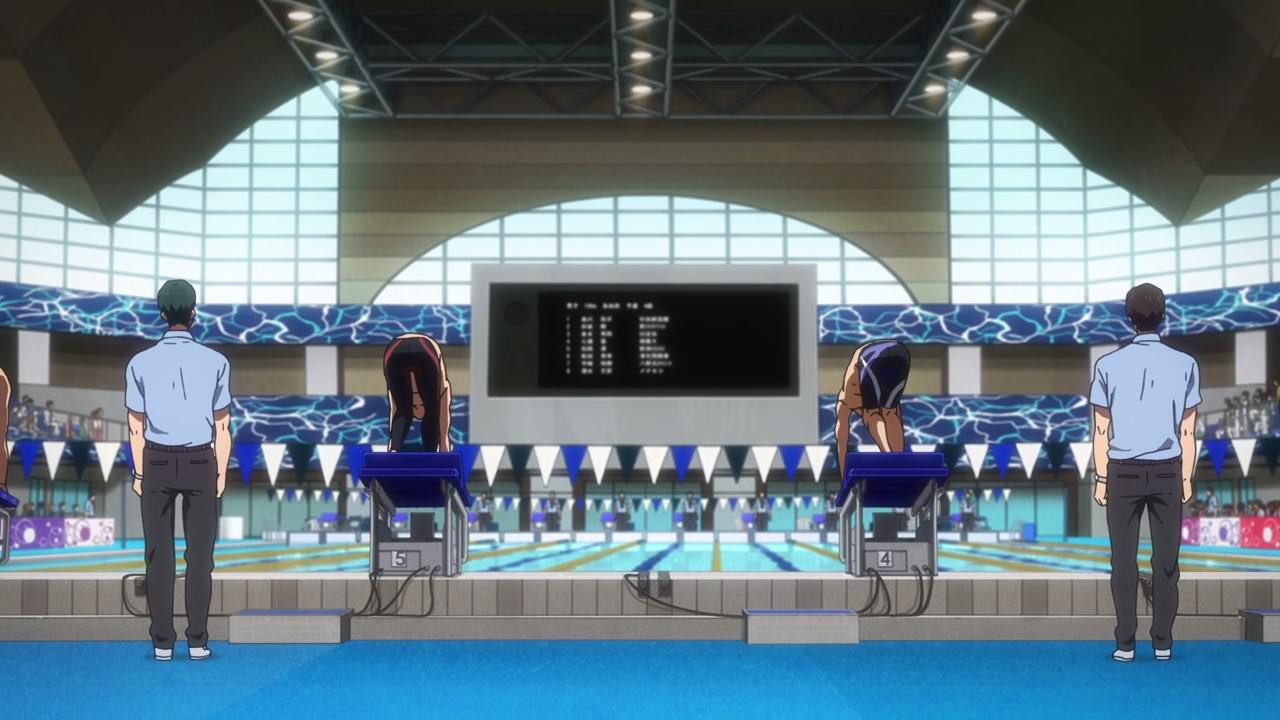 In any case, that’s about it for me on covering the 3rd Season of Free! and I must say that it wasn’t impressive from the previous season.

Now then, seems that I need to watch the movies next as this swimming anime will return in 2020!