Posted on October 7, 2018 by benigmatica 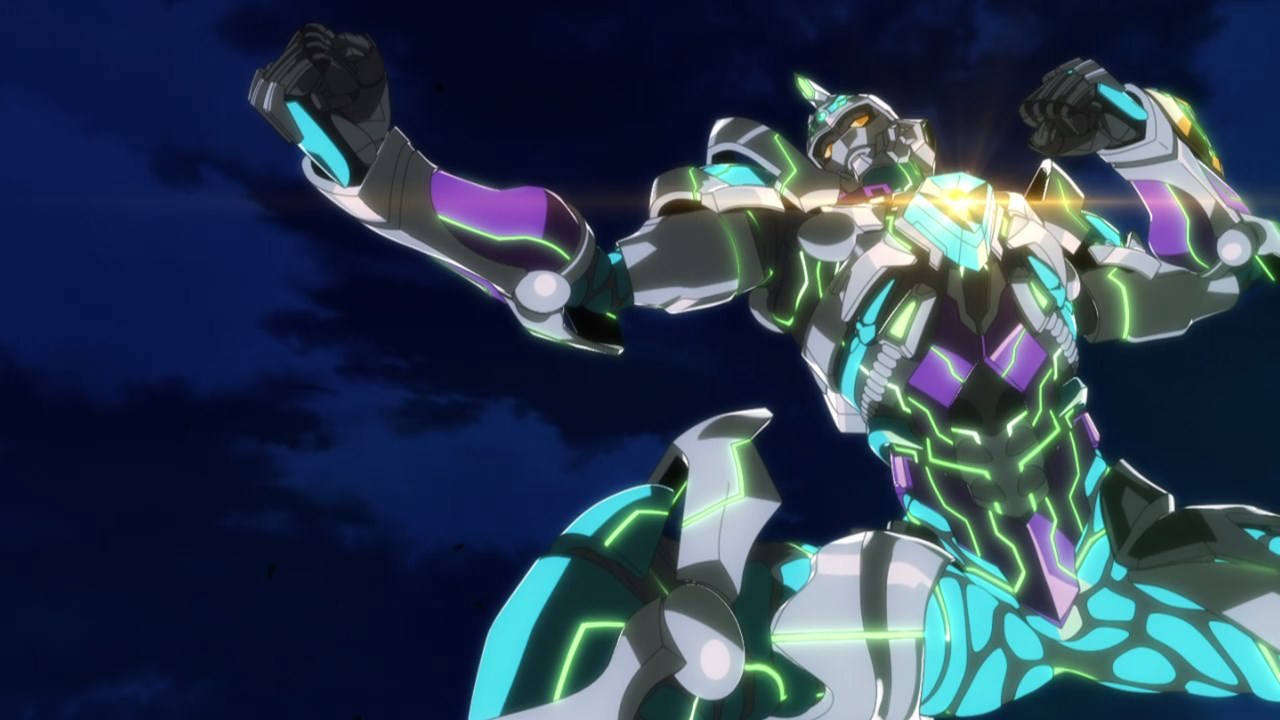 Well everyone, Studio Trigger is back and this time, they’re bringing back a classic Tsuburaya tokusatsu show into the 21st century, now titled as SSSS.GRIDMAN!

First of all, I only know the American adaptation of Denkou Choujin Gridman called Superhuman Samurai Syber-Squad, although I did not finish it when I was a kid. Regardless, I’m excited for this show! 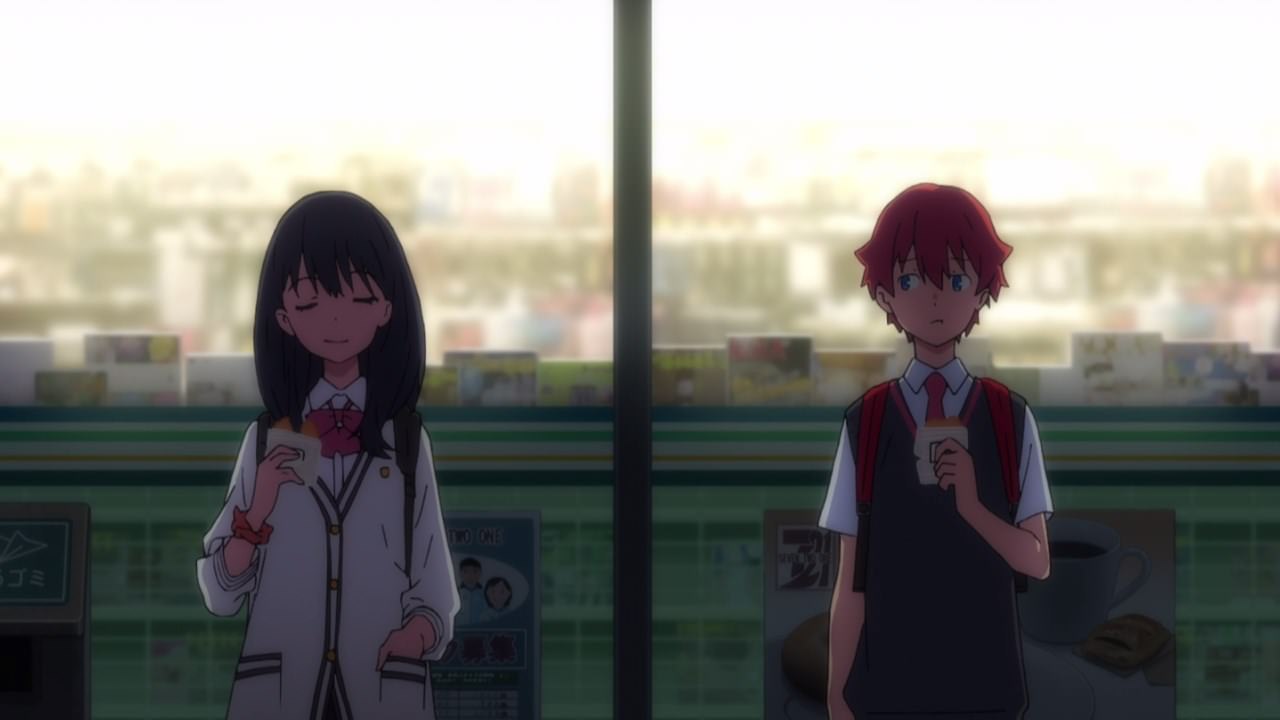 Anyways, the story begins with Yuuta Hibiki, a boy who doesn’t know who he was other than hearing voices of a certain hyper agent named Gridman. Even his classmate Rikka Takarada got weird out by this that she told Yuuta to seek a doctor. 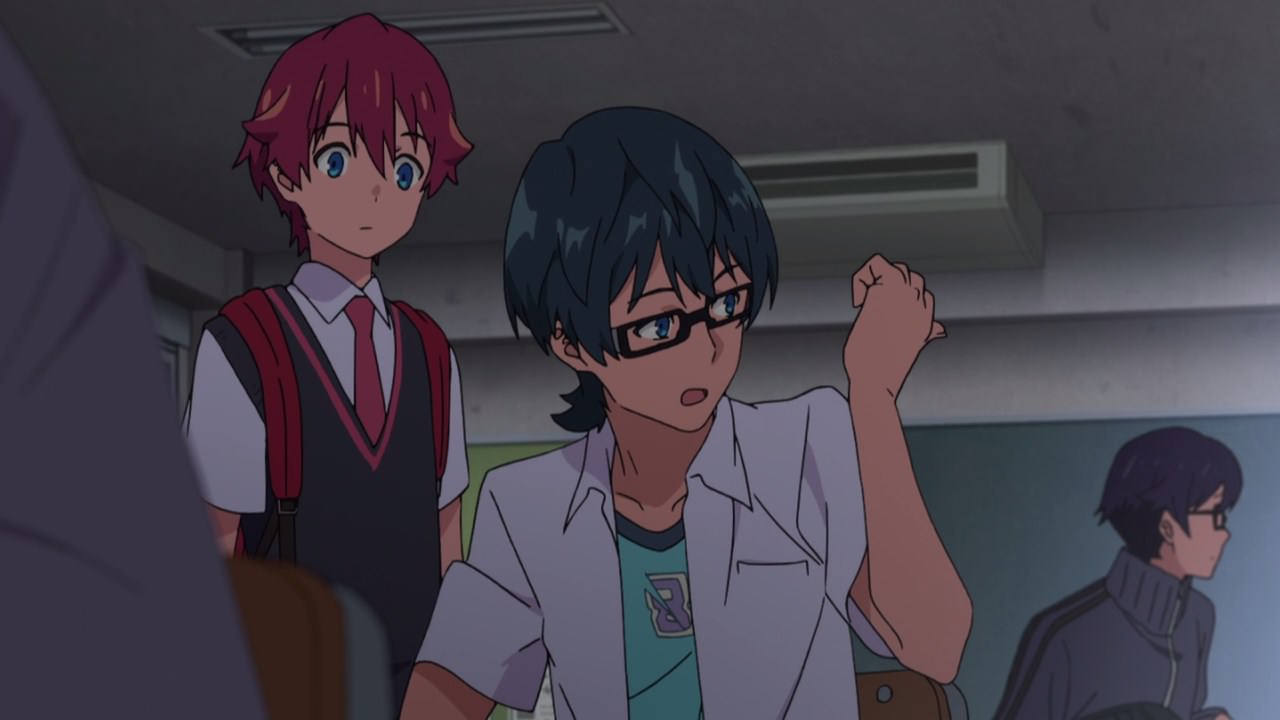 Oh and not just Rikka, but Shou Utsumi too because even though they just met (or even before the start of the school term), seems that Shou needs his help to get Yuuta back on his feet.

Now, I don’t know why and how Yuuta Hibiki got amnesia, but all I can say is that it made me curious on who he really is other than Gridman telling Yuuta that he must complete his mission. 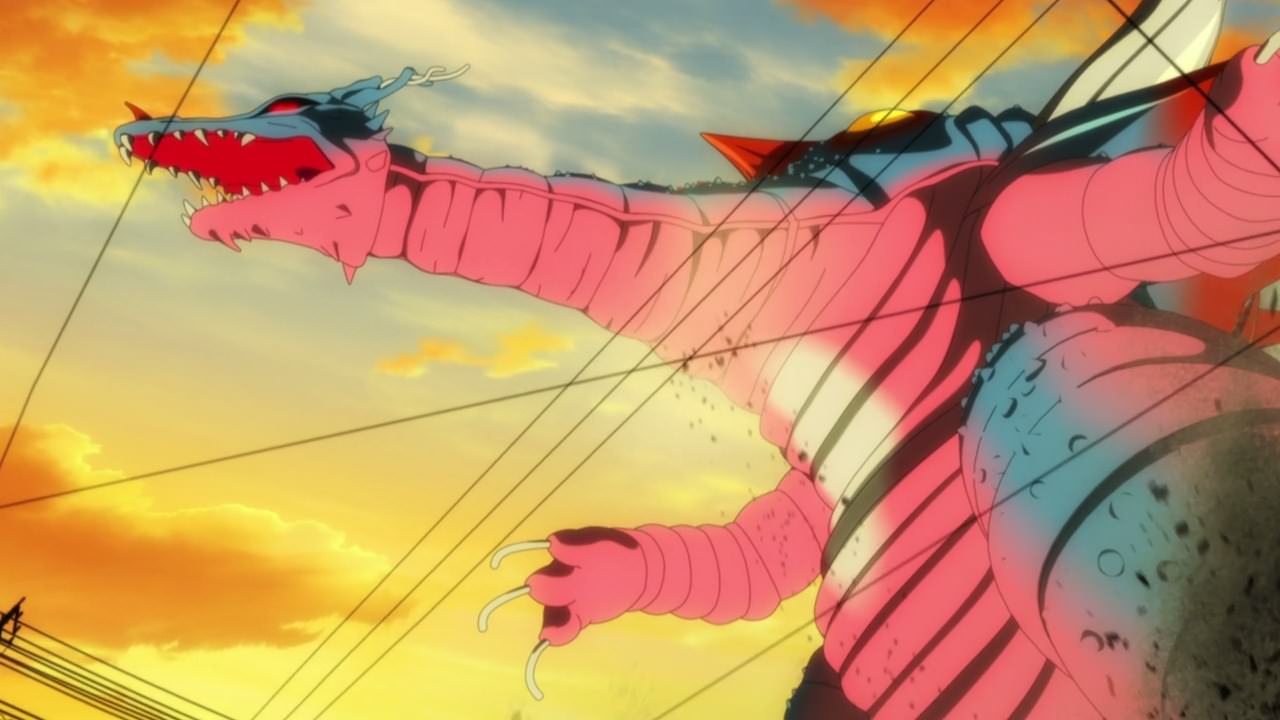 And speaking of Yuuta’s mission, that involves stopping kaiju from destroying Tsutsujidai and unlike Denkou Choujin Gridman where fights took place in cyberspace, this anime takes the kaiju fight in the real world and damage is immense! 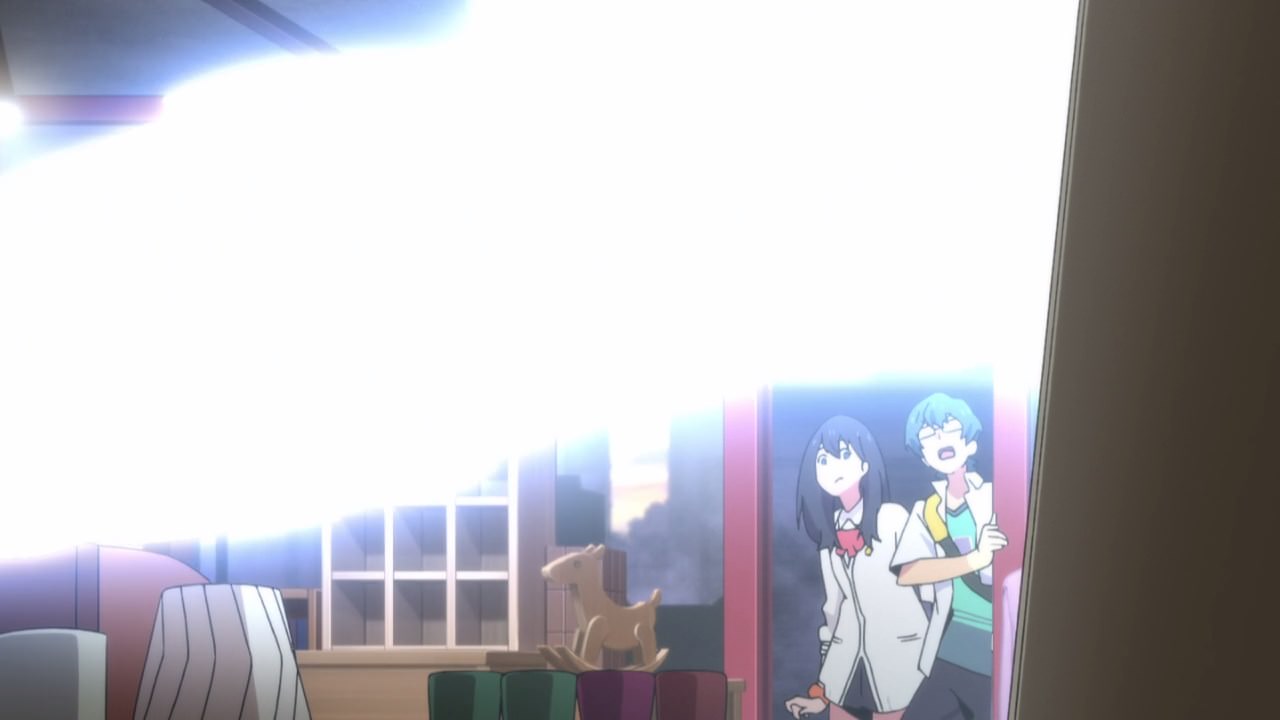 Now then, let’s go back to Yuuta Hibiki where he got sucked into an old computer that Shou Utsumi called it as Junk. Yes, it’s the name of the computer that was built using scrapped parts. 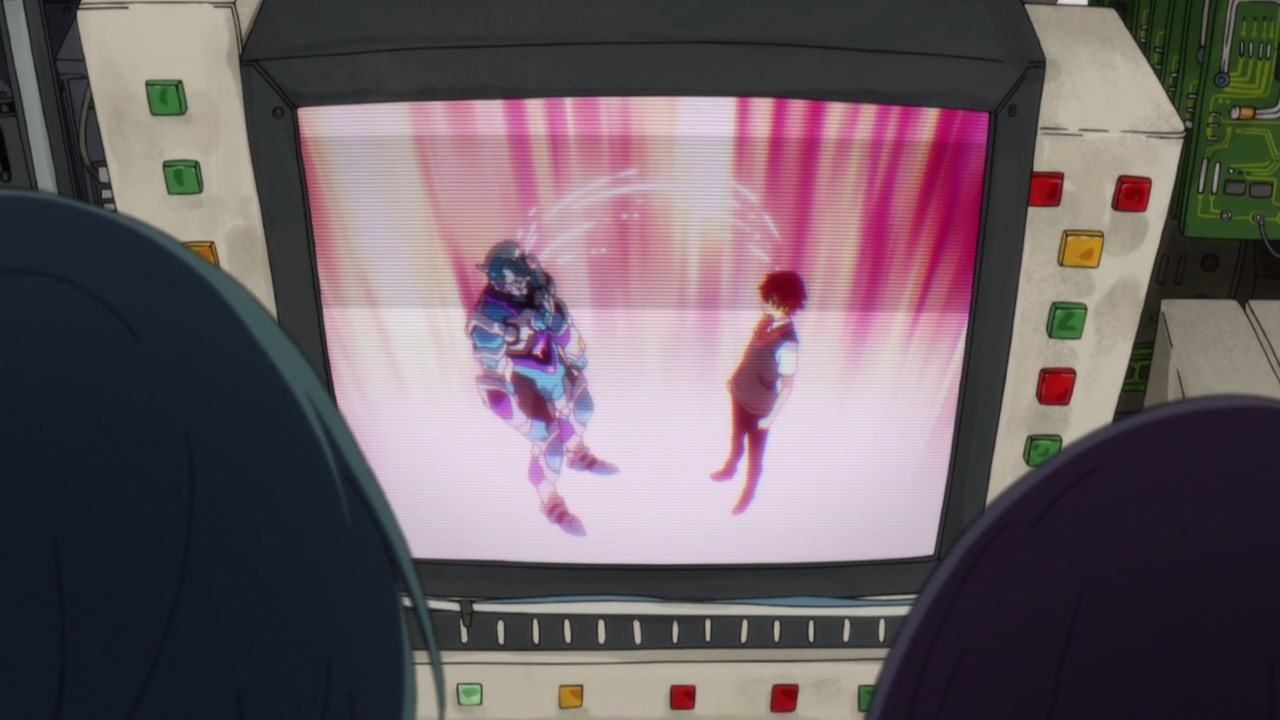 Not only that, but Shou Utsumi and Rikka Takarada saw Yuuta talking to Gridman where the hyper agent told Hibiki to merge with him and fight against the kaiju.

Gotta say that both Shou and Rikka believe in Yuuta now instead of calling him crazy. On the other hand, I think that he needs their help instead of watching the whole fight from the comfort of their own home. 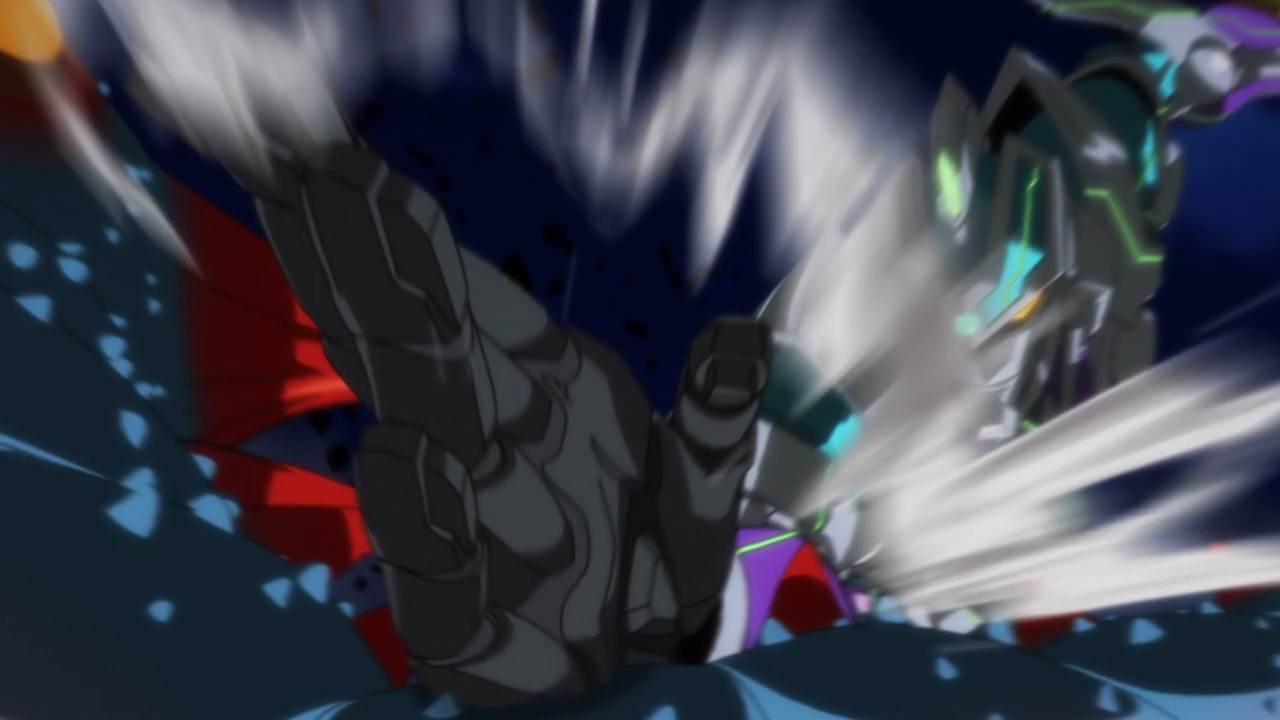 With that said, Yuuta Hibiki merged with Gridman and started dismantling the kaiju, which it turns out that it’s made of clay. 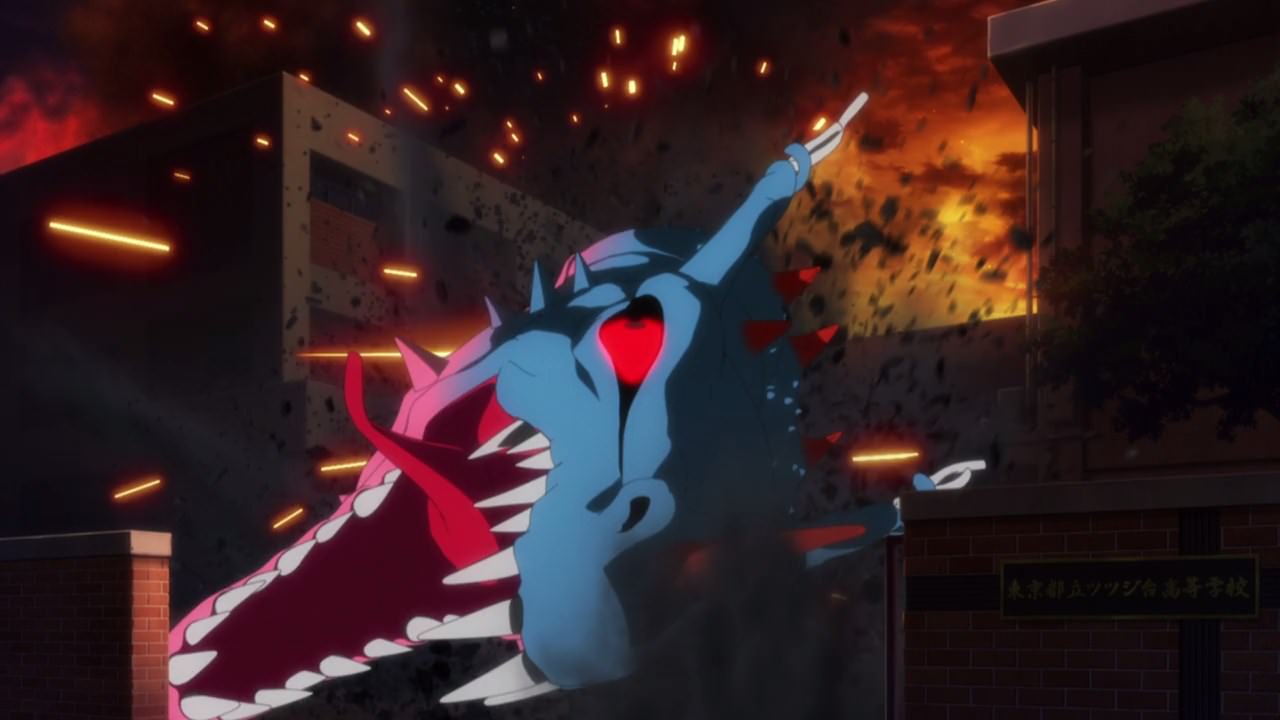 As you can see, this kaiju’s head cuts off easily, although their school will have some extensive repair afterwards once the kaiju has been eliminated. 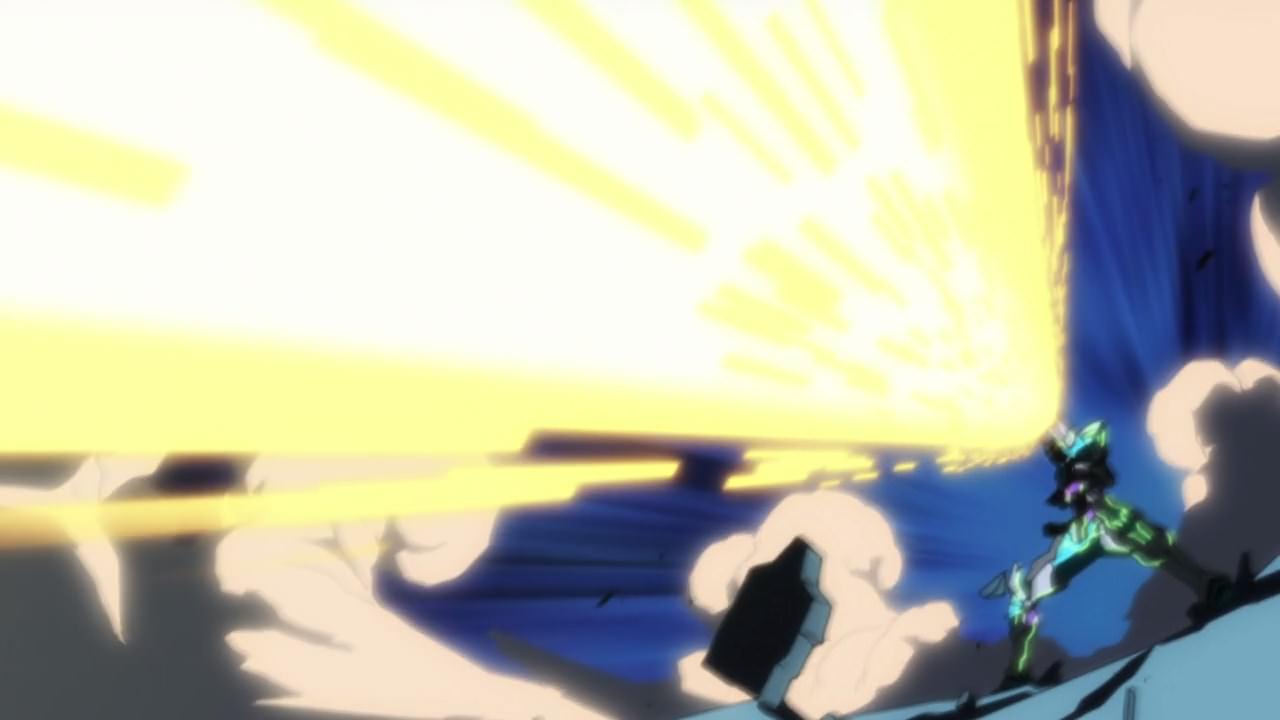 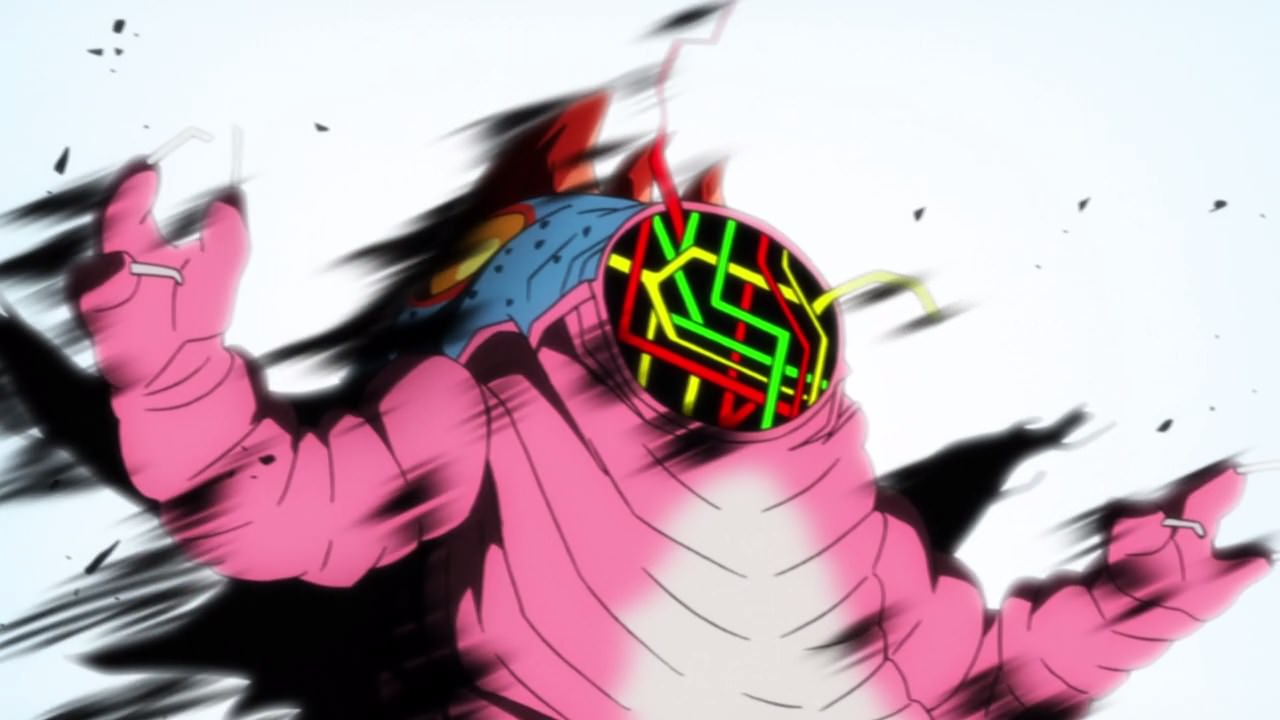 Anyways, it’s time for Gridman to finish this week’s monster off by firing its Gridman Beam to save the day!

Good thing Yuuta and Gridman managed to beat this kaiju before the timer runs out because if they do, they’ll never rise again much like any other Ultra Series show. 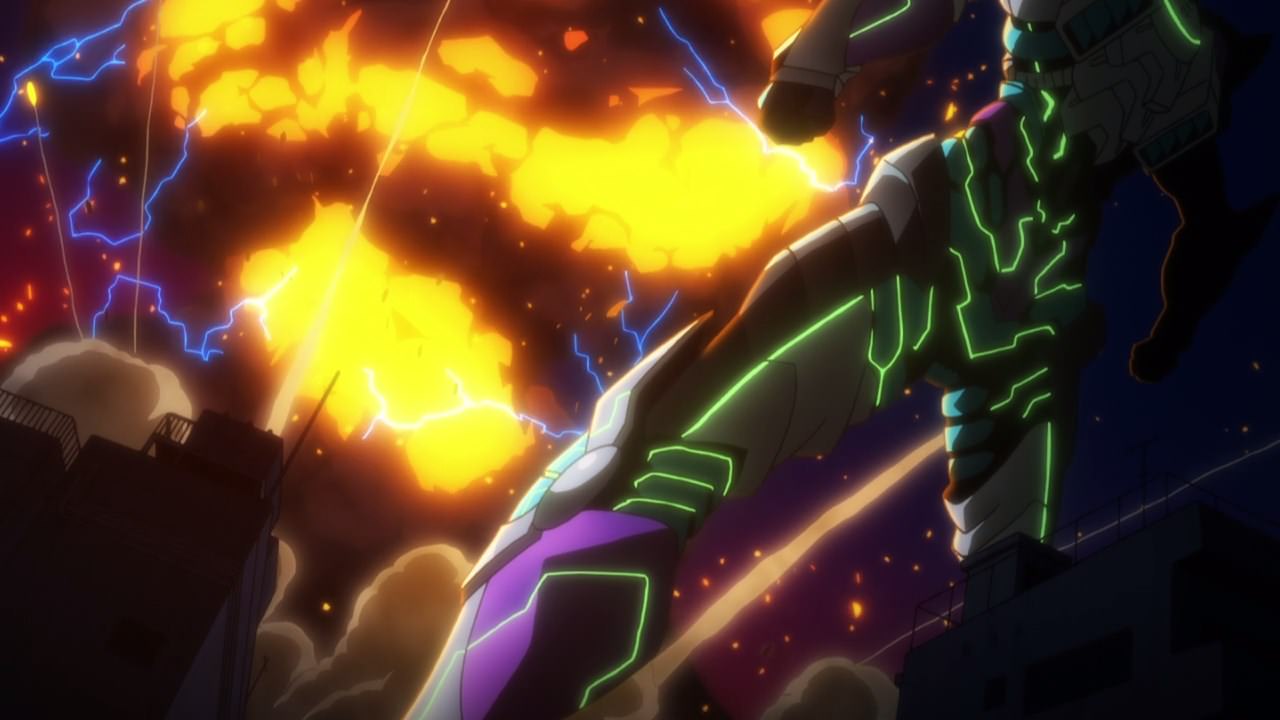 And so, Tsutsujidai is saved thanks to Gridman. However, this is just the beginning for Yuuta Hibiki and his friends as they must find out who’s sending the kaijus on wrecking their town. 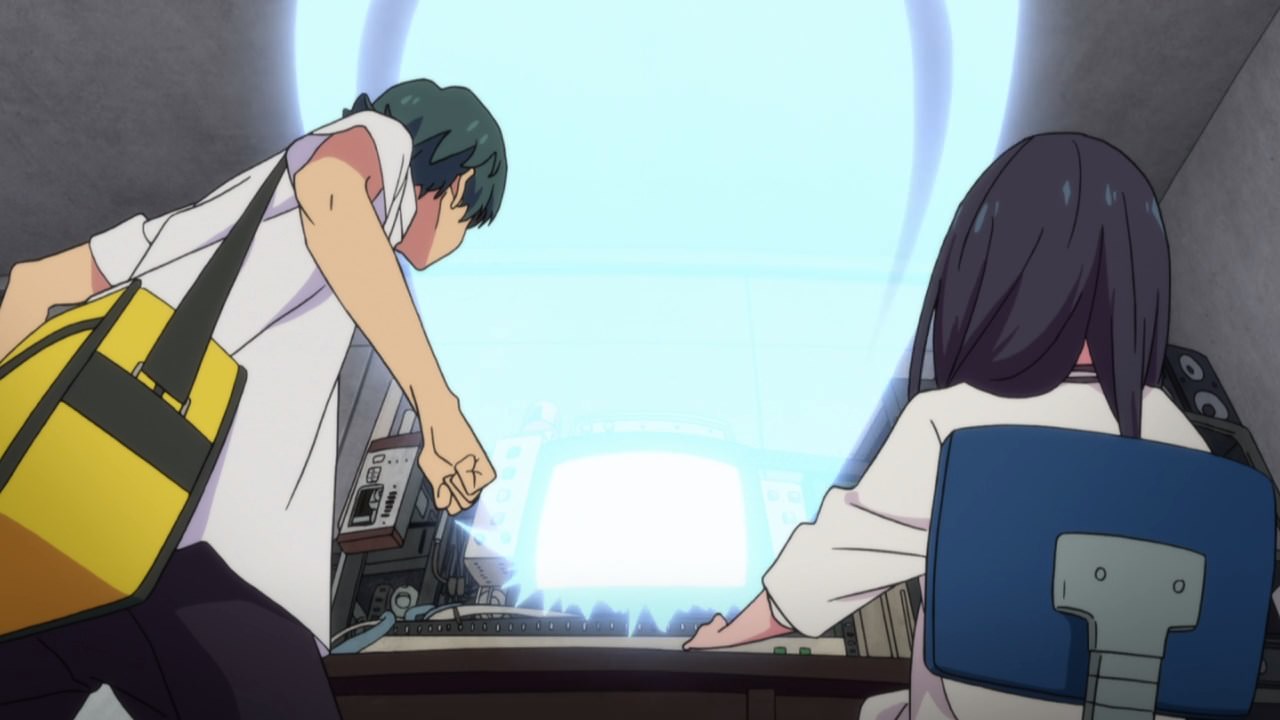 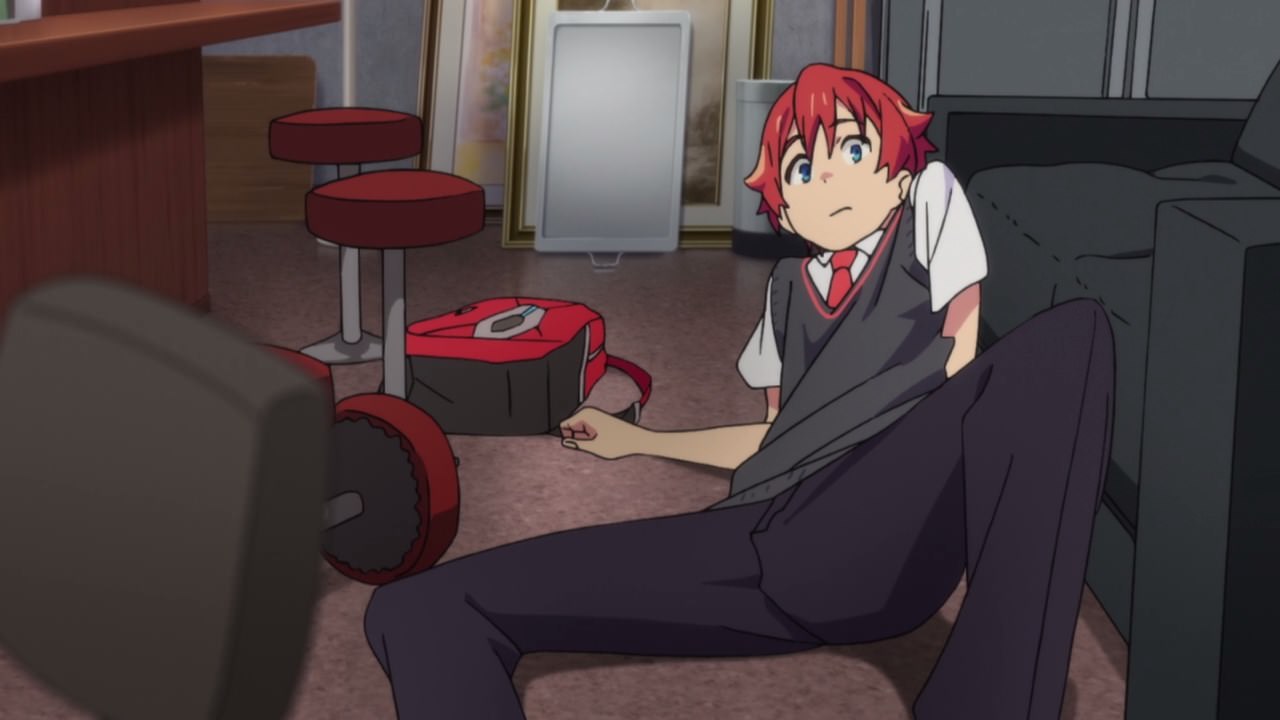 As for Yuuta, he’s back alive but Hibiki needs to find the missing pieces and know who he really is. I mean, he can’t have amnesia forever.

With that said, I’ll see you next time for another episode of SSSS.GRIDMAN!