Posted on October 8, 2018 by benigmatica 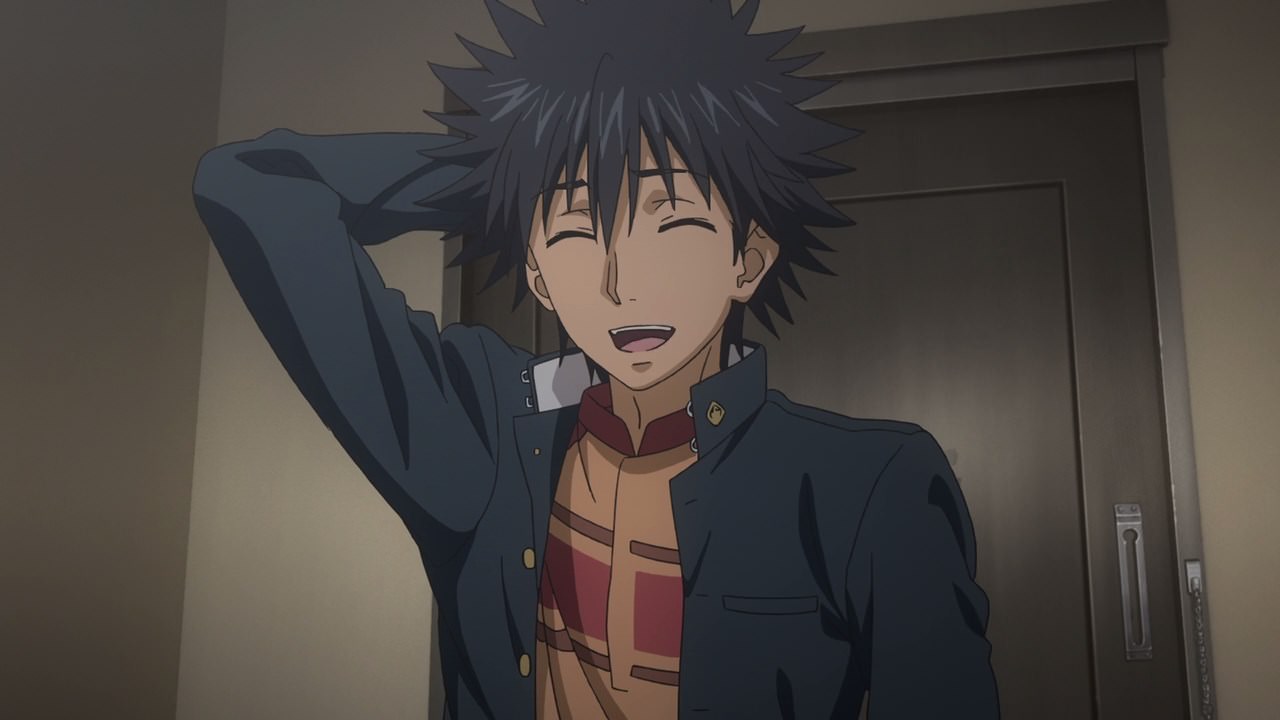 “Sorry Index, I got the misfortune of not buying the food on time!” 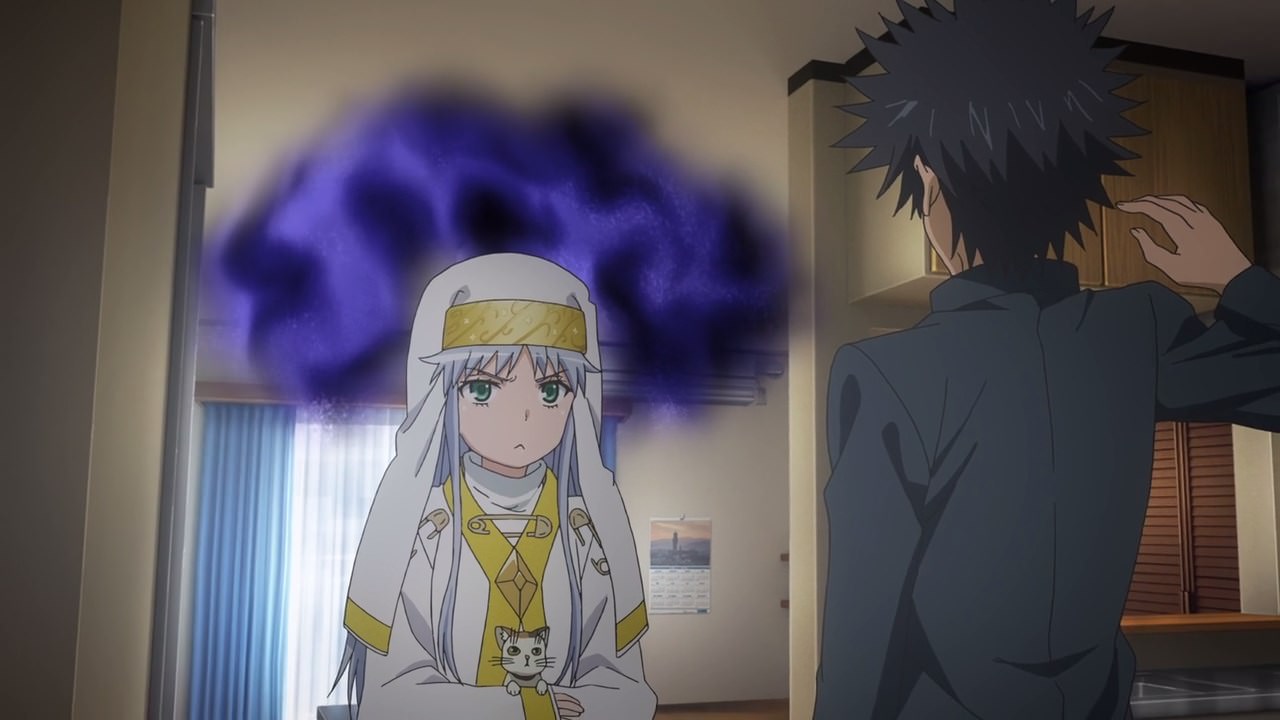 And Index Librorum Prohibitorum is pretty much angry that Touma Kamijou didn’t brought something to eat. But hey, To Aru Majutsu no Index is back for a 3rd season! 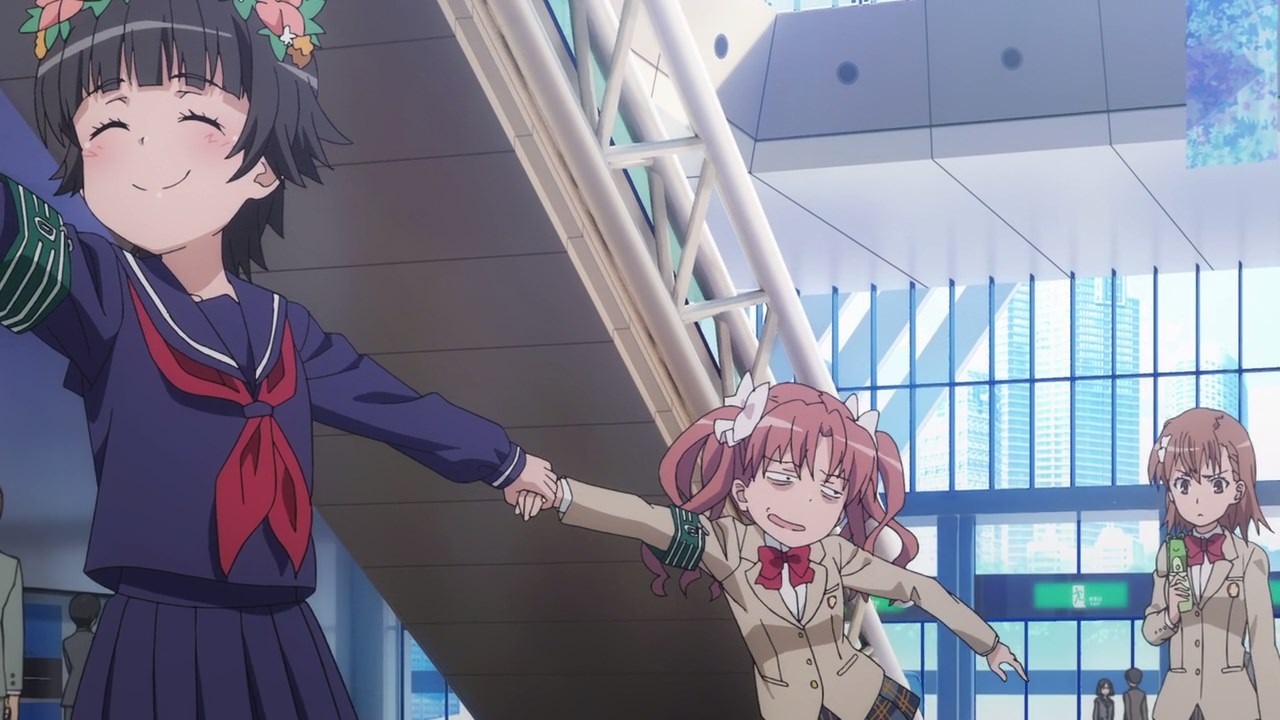 Also, Mikoto Mikasa is back together with Kazari Uiharu and Kuroko Shirai. Sadly, there’s no Ruiko Saten as I found out that she only exists in the Railgun spin-off! 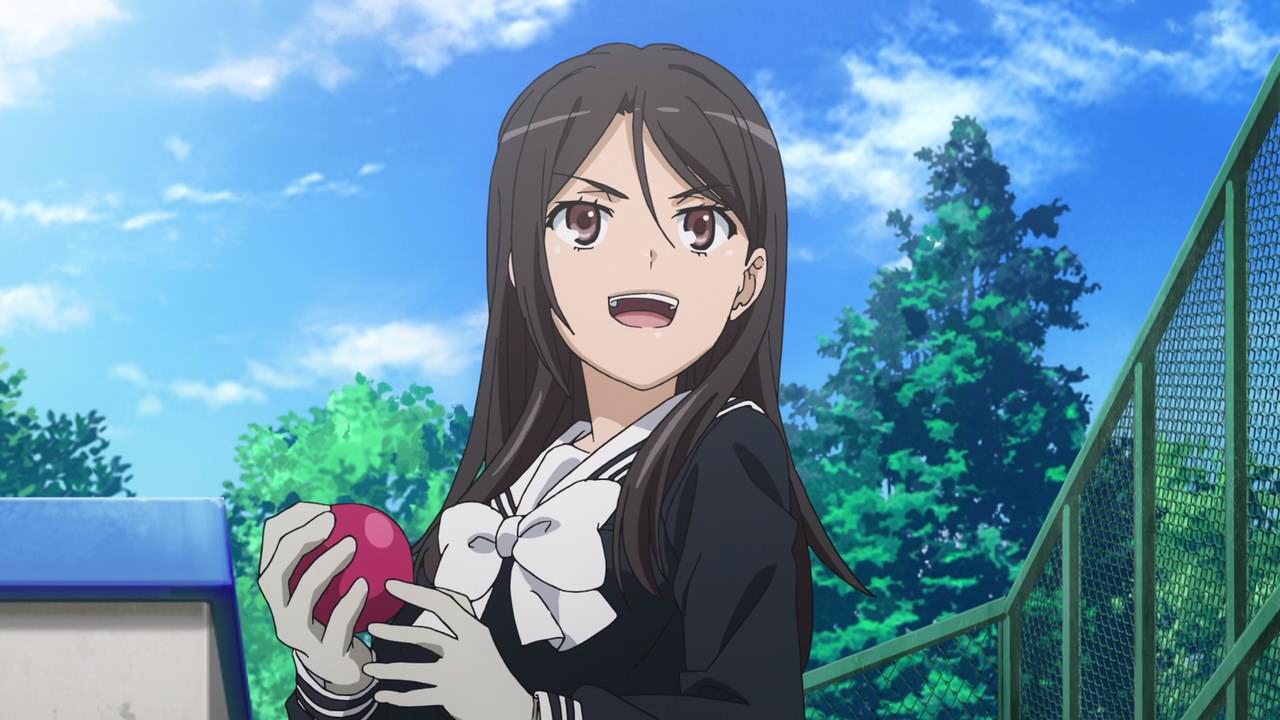 But now, let’s go back to Touma Kamijou as Seiri Fukiyose shows him how to throw a nice fastball.

Then again, it would better if they focus on taking out the weeds first since he and Fukiyose got in trouble. 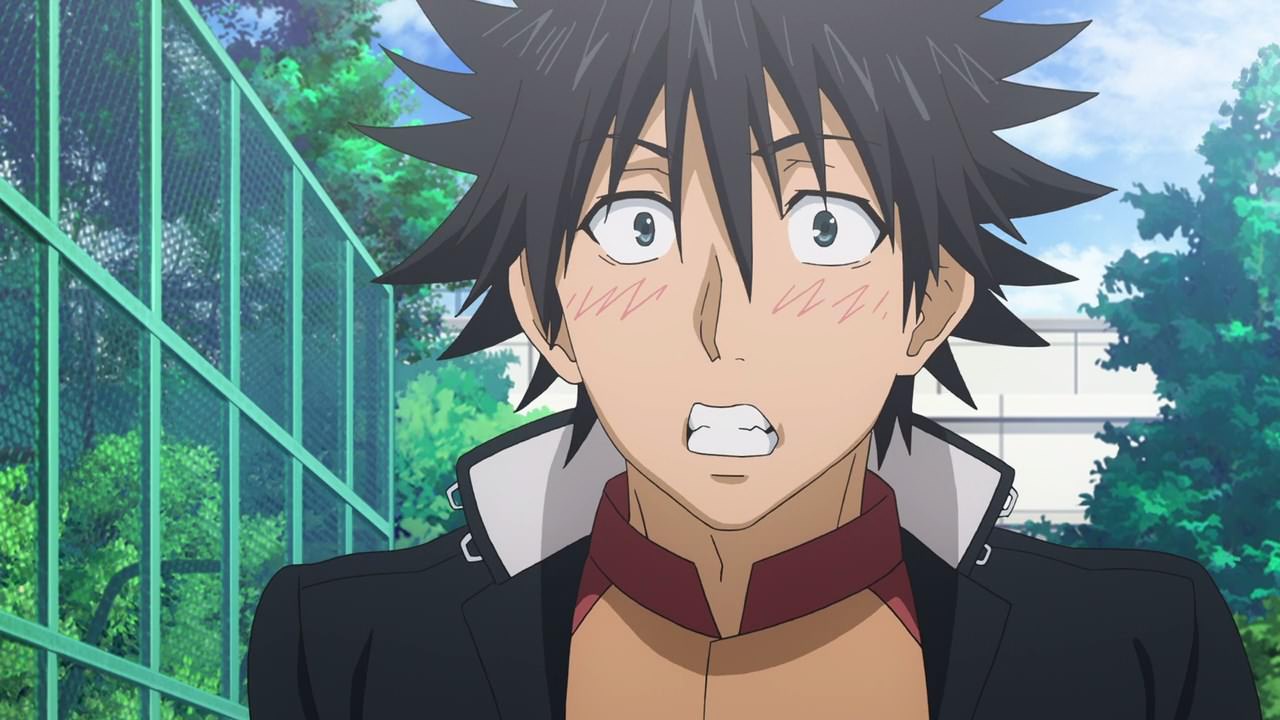 And speaking of Touma, let’s just say that he’ll get into more trouble as he saw Fukiyose’s white panties. You may call it a blessing to some, but it’s actually a misfortune to Kamijou! 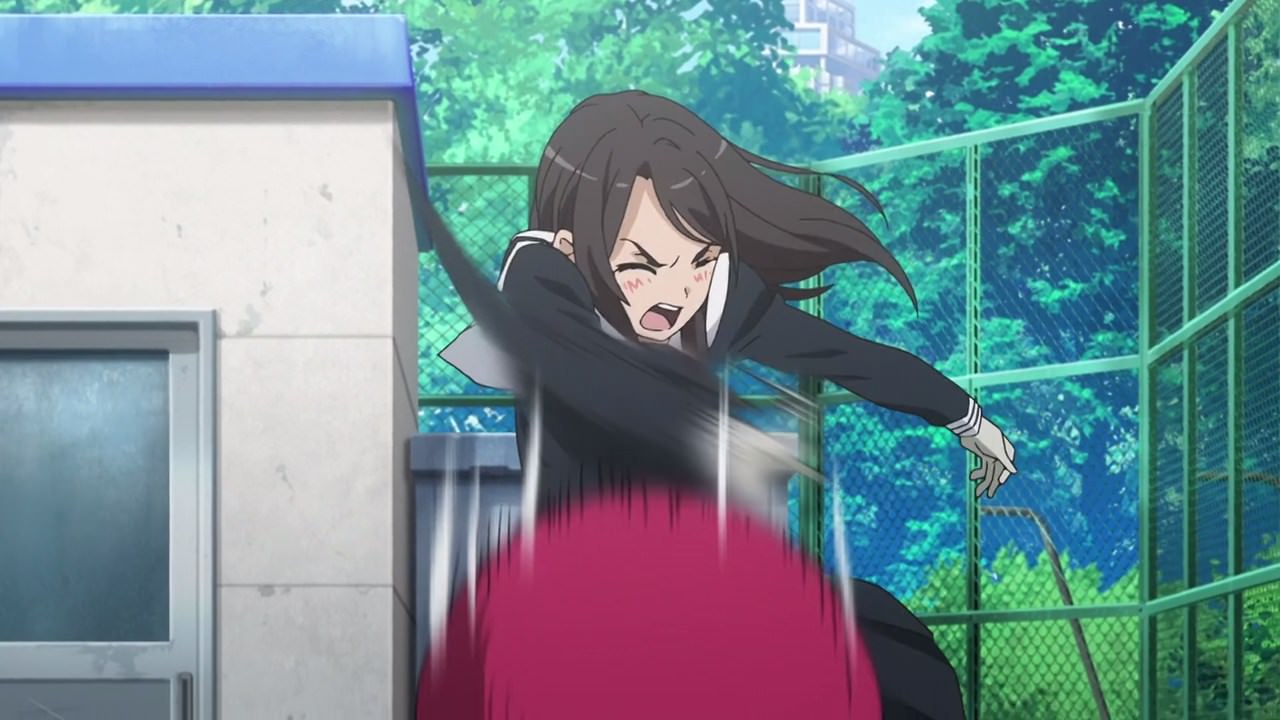 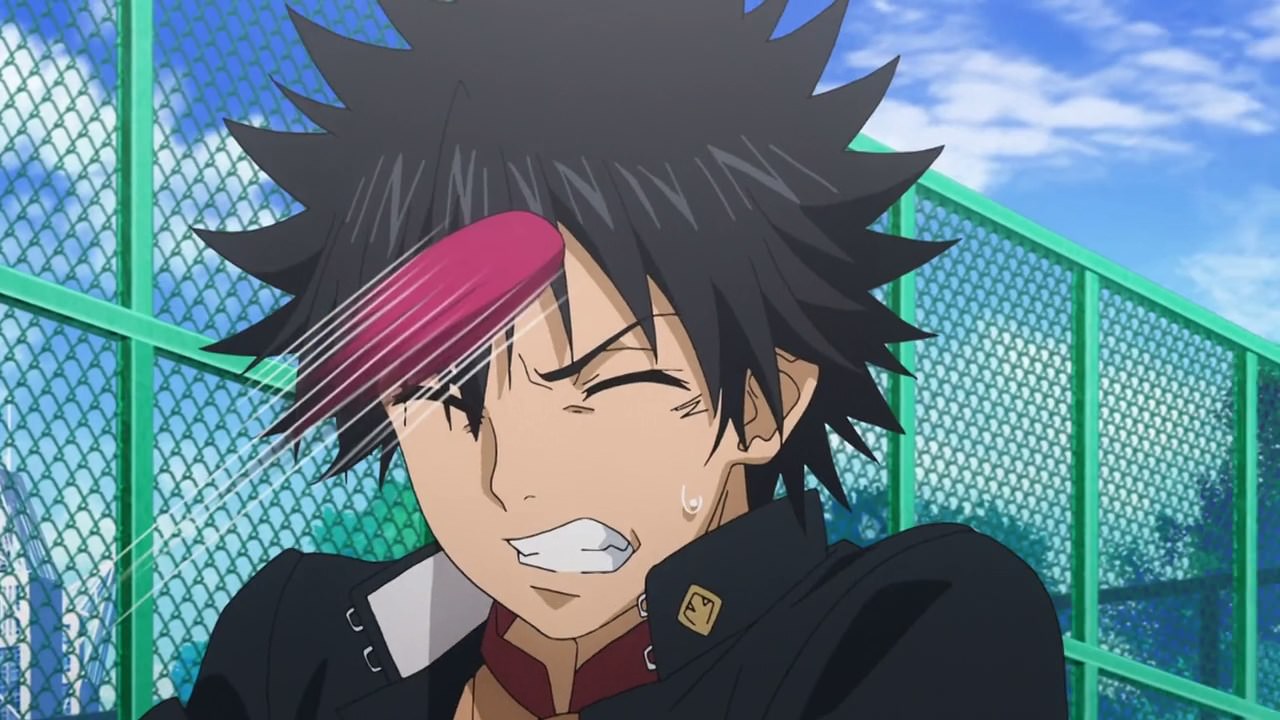 With that said, Touma Kamijou got a taste of Seiri Fukiyose’s 150 km/h pitch that knocks him out. But don’t worry, he’ll live because Touma is tough! 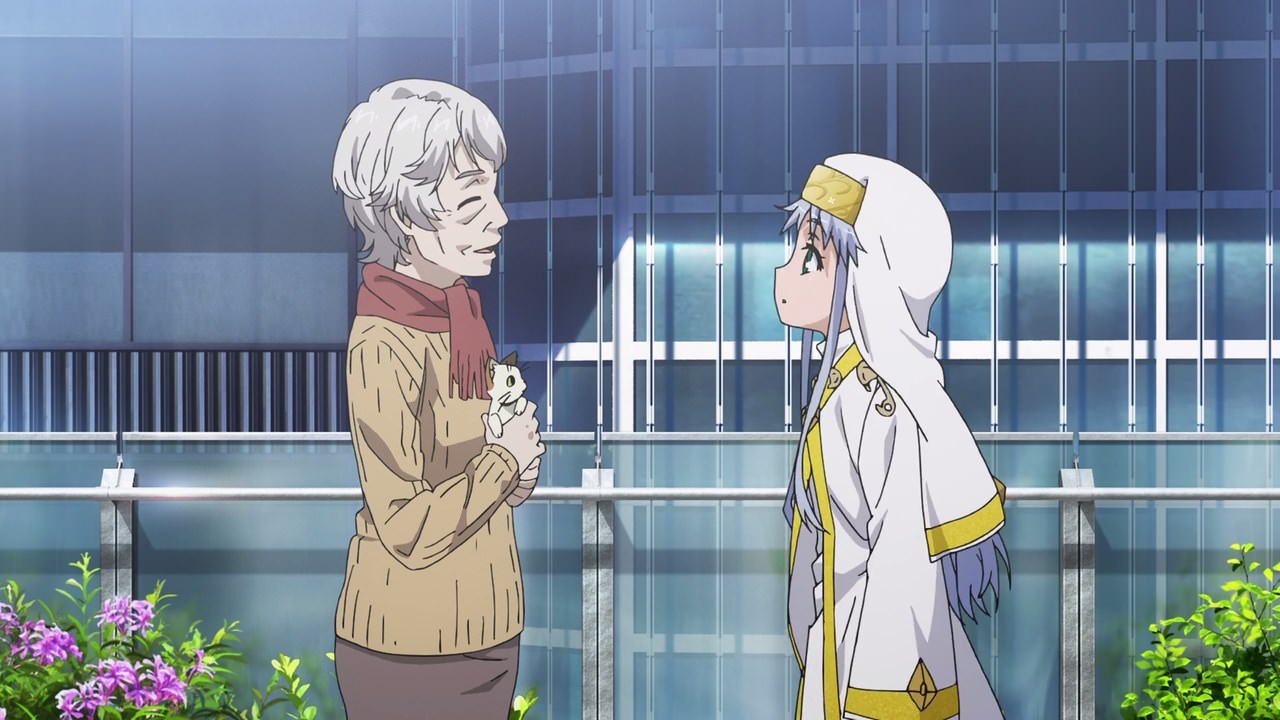 Meanwhile, here’s Index as she met an old lady who’s holding her pet cat Sphynx. This is Monaka Oyafune and she’s very nice towards Index-chan. 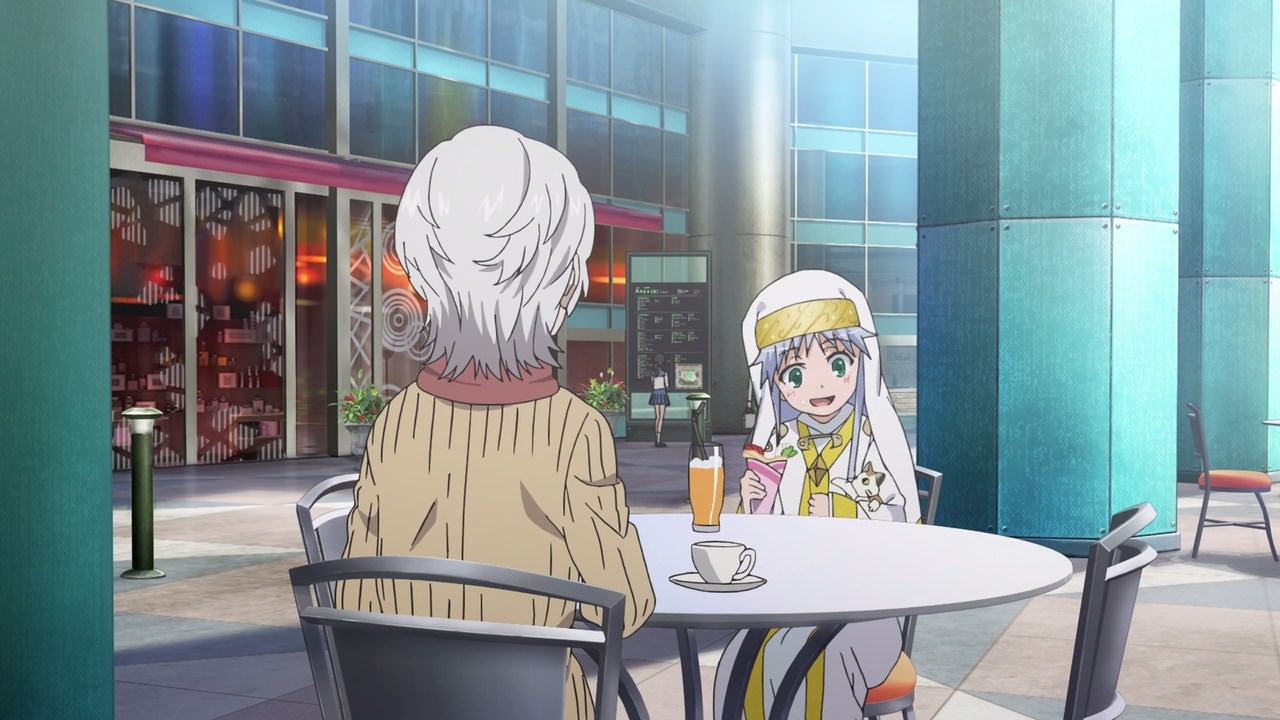 Heck, even Monaka-san treated Index with strawberry crêpe. Despite being the nice old lady she is, Oyafune has a secret… 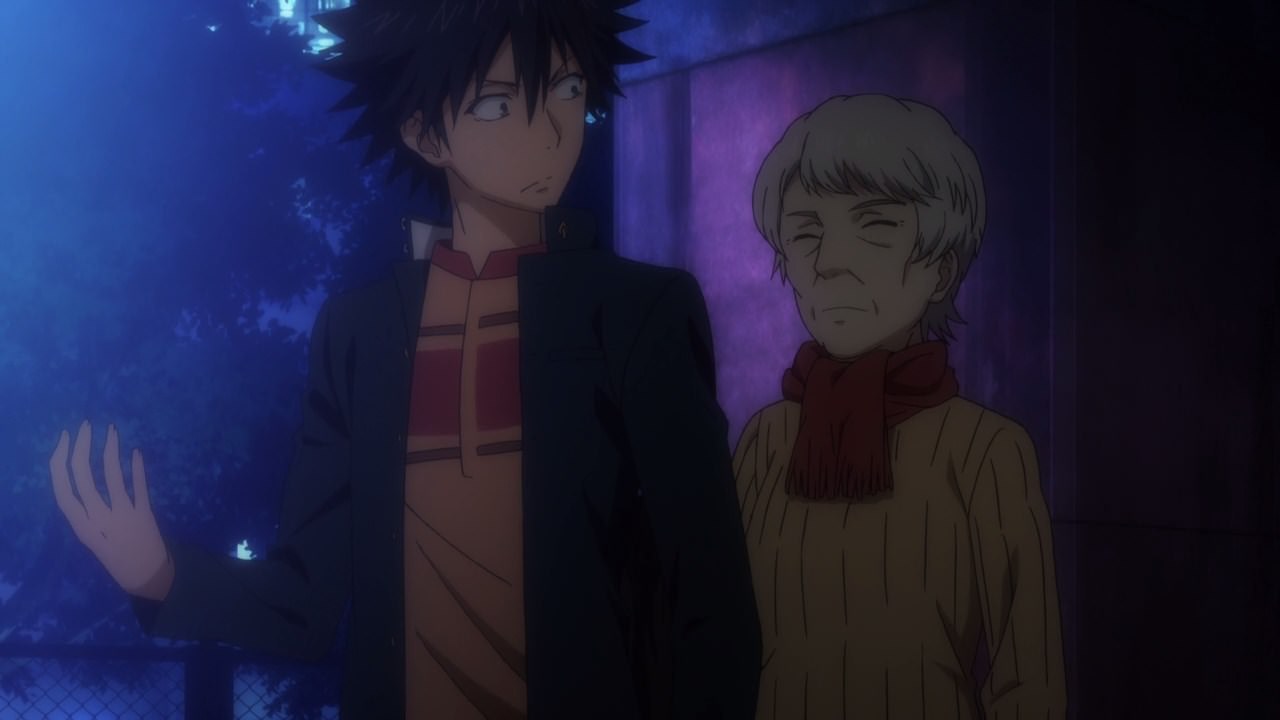 You see, Monaka Oyafune is a member of the Academy City Board of Directors and she’s concerned regarding Touma Kamijou and the ongoing strife between religious organizations like the Roman Catholic Church and the Academy City.

And the reason why there’s a clash between Magic and Science is all because of Touma’s Imagine Breaker in which it gained the attention to the Magic Side in regards to its supernatural-cancelling abilities, but not the Science Side because they saw him, most notably the powerful Kihara family, as a Level 0 punk. But really, gotta say that there are a few people within Academy City that knows about Kamijou and his right hand. 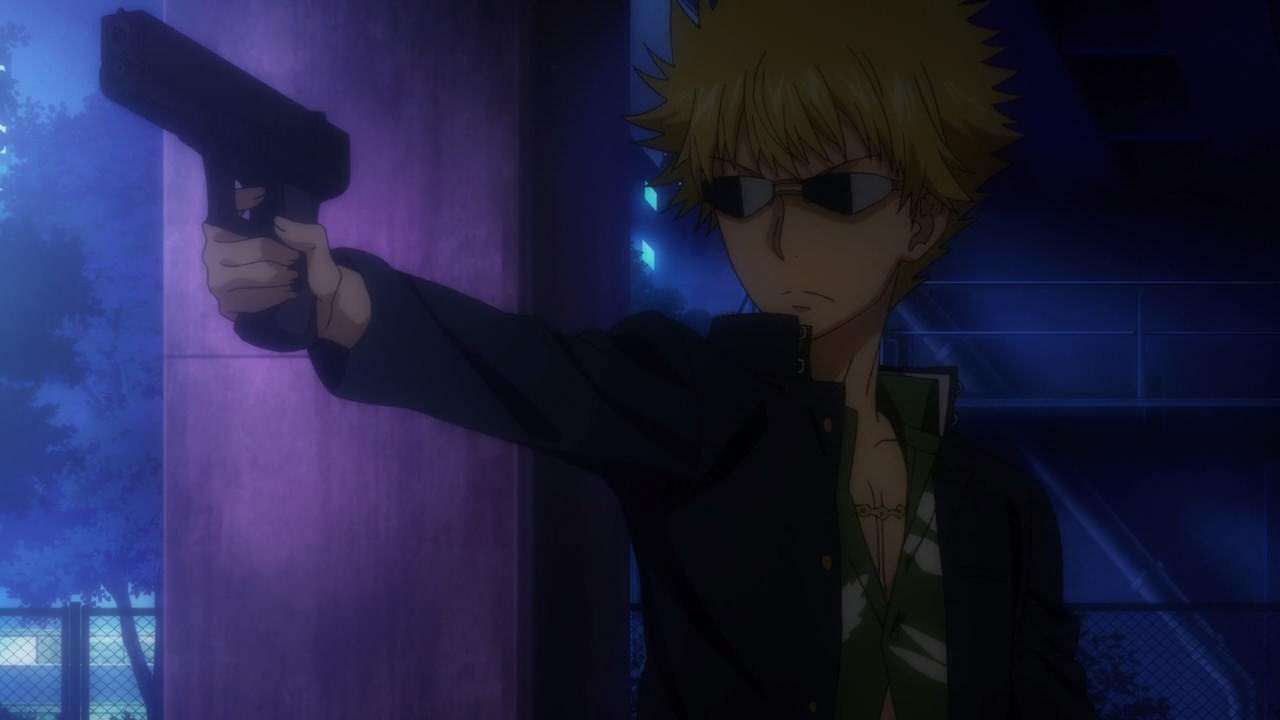 Suddenly, Touma Kamijou’s best friend Motoharu Tsuchimikado arrived with a gun on hand. Wait, what’s he planning to do? Shoot Touma-kun because he knows to much? 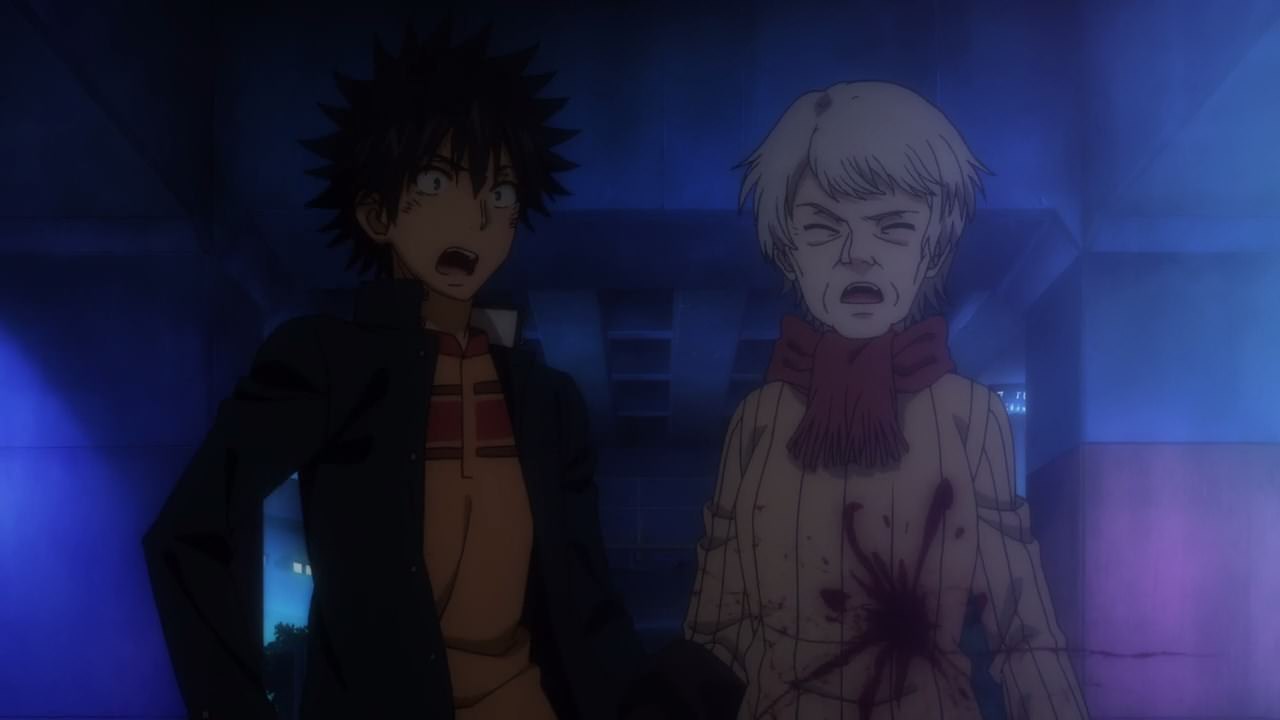 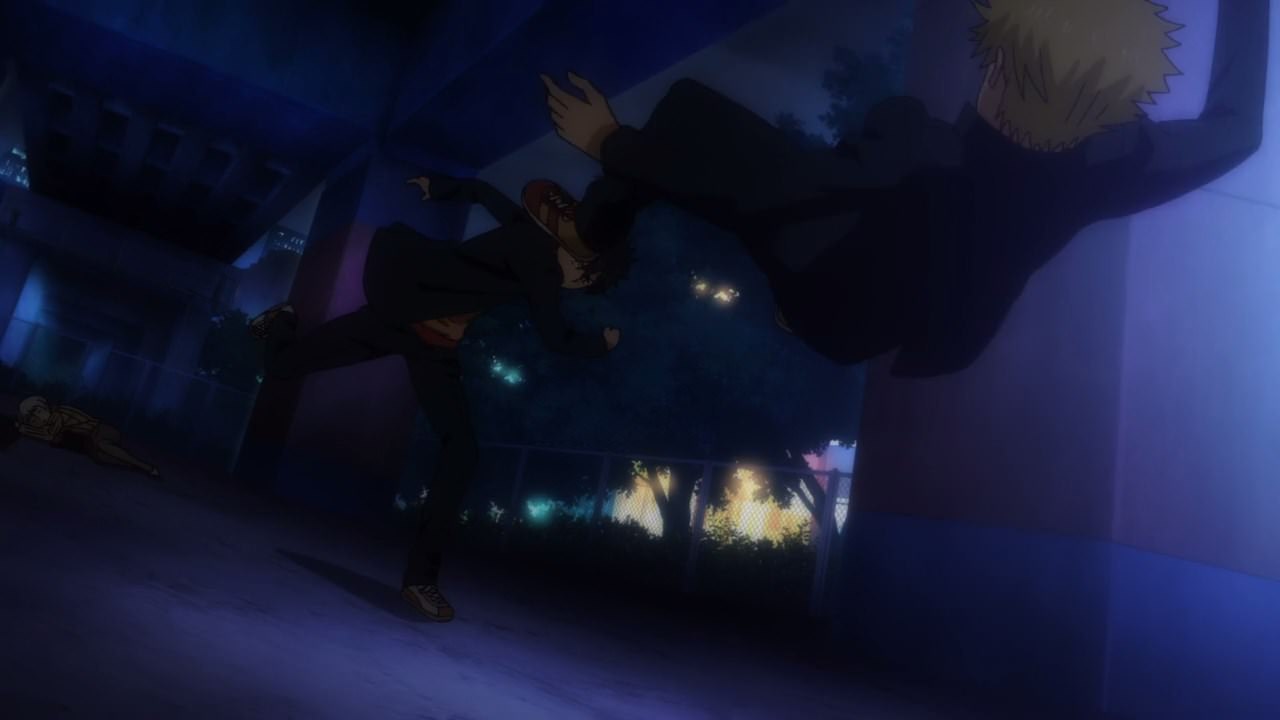 Therefore, Touma Kamijou punched his friend with his Imagine Breaker. Even though Motoharu is Touma’s best buddy, he still did a horrible thing that Kamijou won’t let it slide. 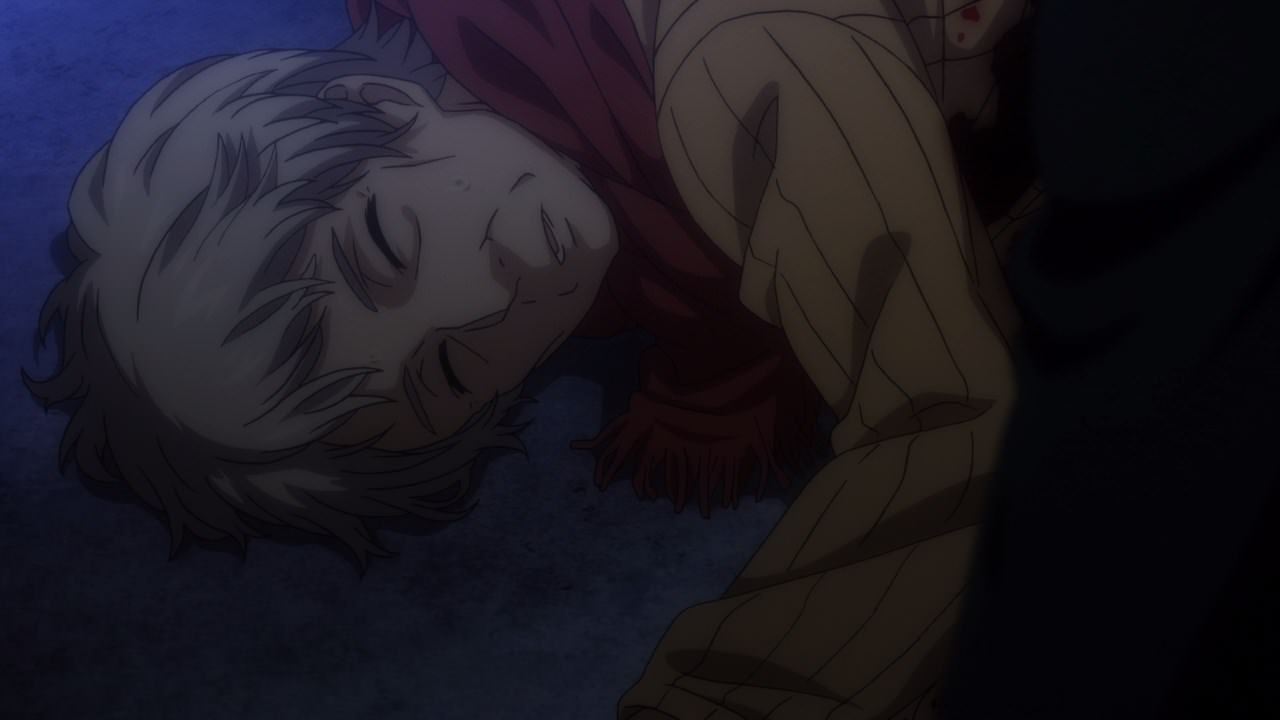 However, Oyafune told Kamijou not to blame Tsuchimikado because she deserve it for defying the Board of Directors, which they’re the ones who instigated various religious groups and plan to kill them. Heck, they might even threaten her family including her only daughter if Monaka-san don’t comply to their demands.

In any case, Monaka Oyafune told Touma Kamijou to travel to France and do something to stop this ongoing strife between the church and Academy City. Then again, I think someone should take Oyafune before she’ll become a goner! 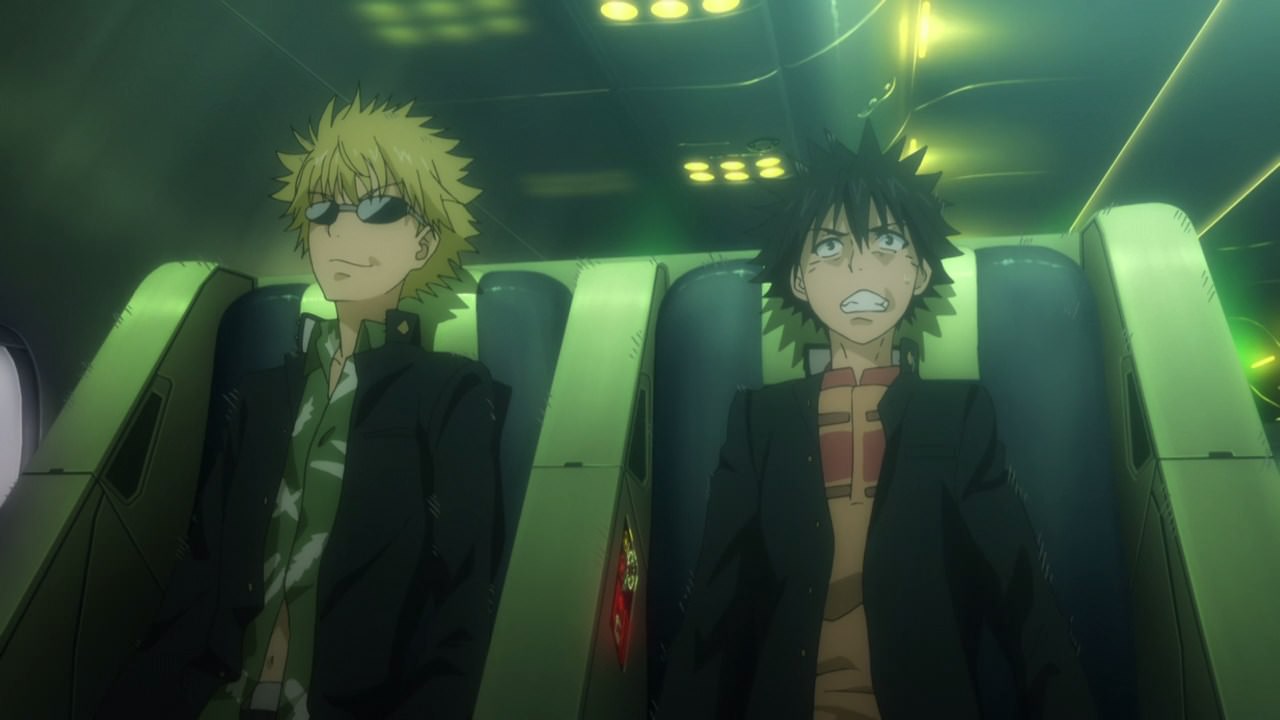 Anyways, I’ll see you next time where Motoharu and Touma will go to France and steal the Document of Constantine.

But wait a minute, who’s gonna protect Index? Mikoto Misaka and her friends? In any case, I hope that Index will be okay!