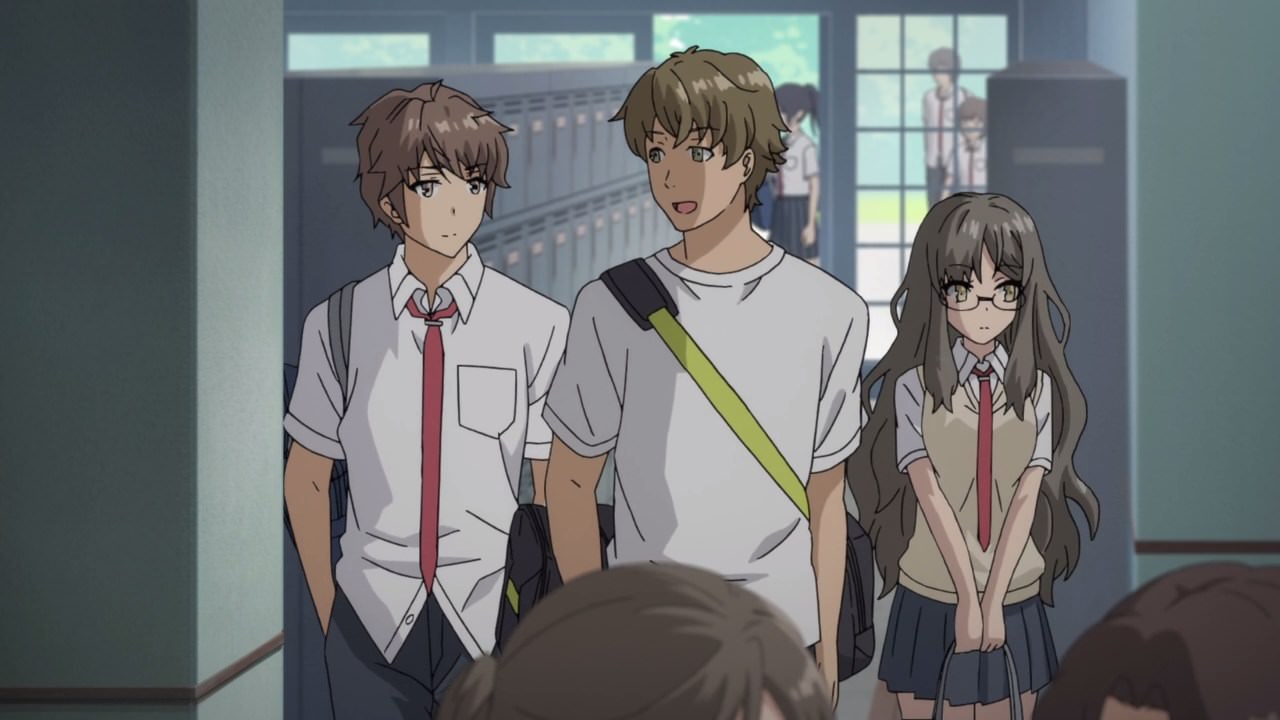 It’s time to start this episode on June 27 where Sakuta Azusagawa is having a casual conversation with both Yuuma Kunimi and Rio Futaba such as the Japanese soccer team winning a match, as well as other things that normies talk about.

By the way, Yuuma Kunimi has a girlfriend named Saki Kamisato who is very clingy towards him. Thus, whenever someone is near Yuuma-kun, Saki will push them away and there are no exceptions for Sakuta. 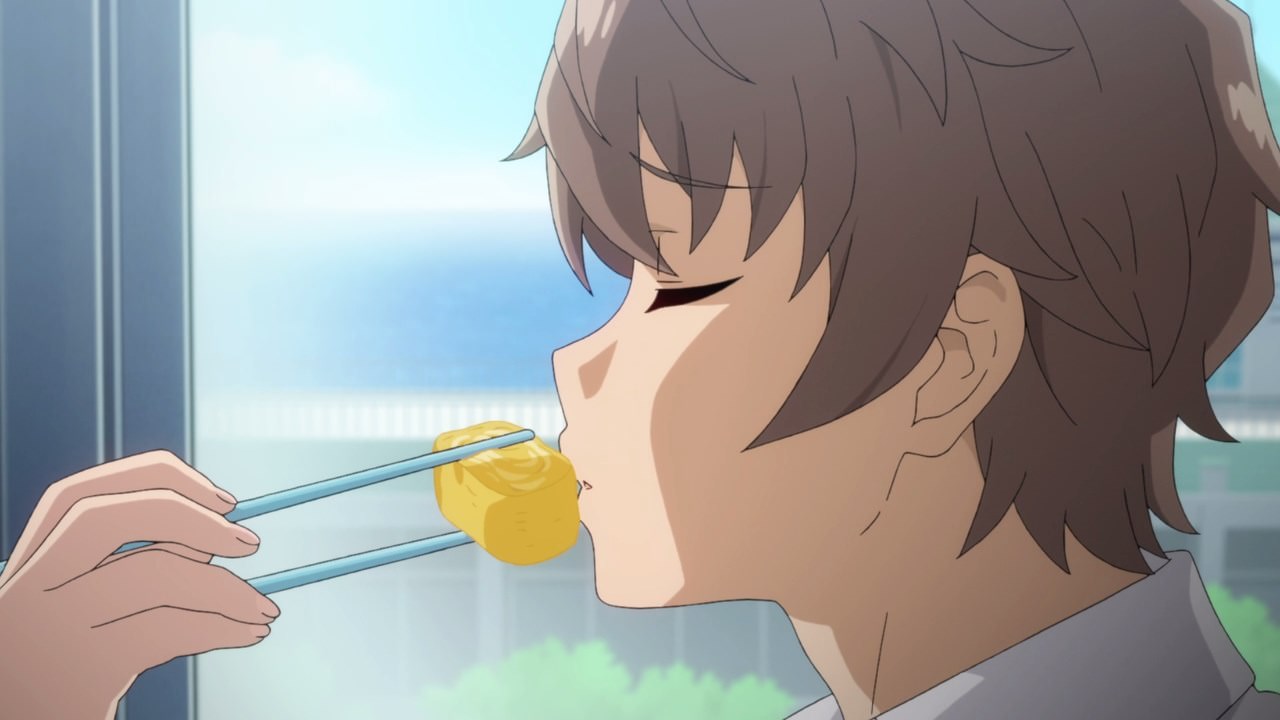 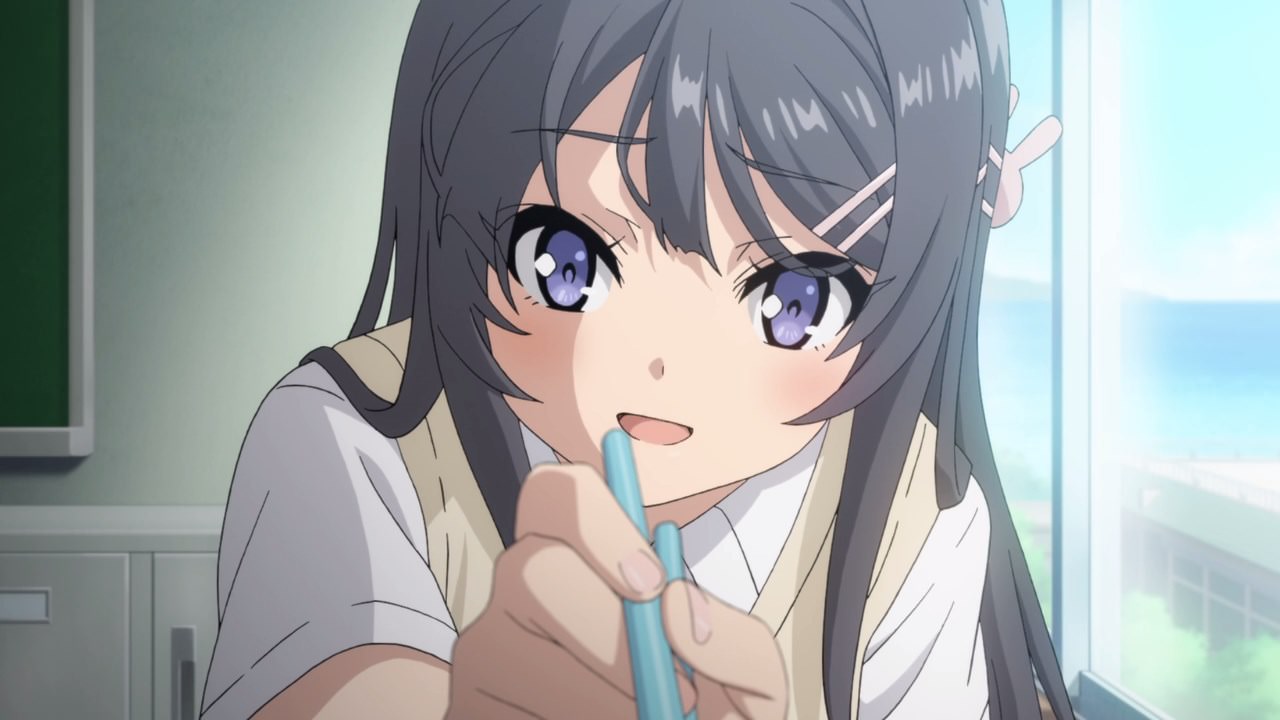 But now, let’s move onto Sakuta Asuzagawa where he was supposed to get a kiss from Mai Sakurajima, but Sakuta got blocked by Mai’s homemade tamagoyaki. Damn, that’s gotta hurt from Sakuta’s heart. 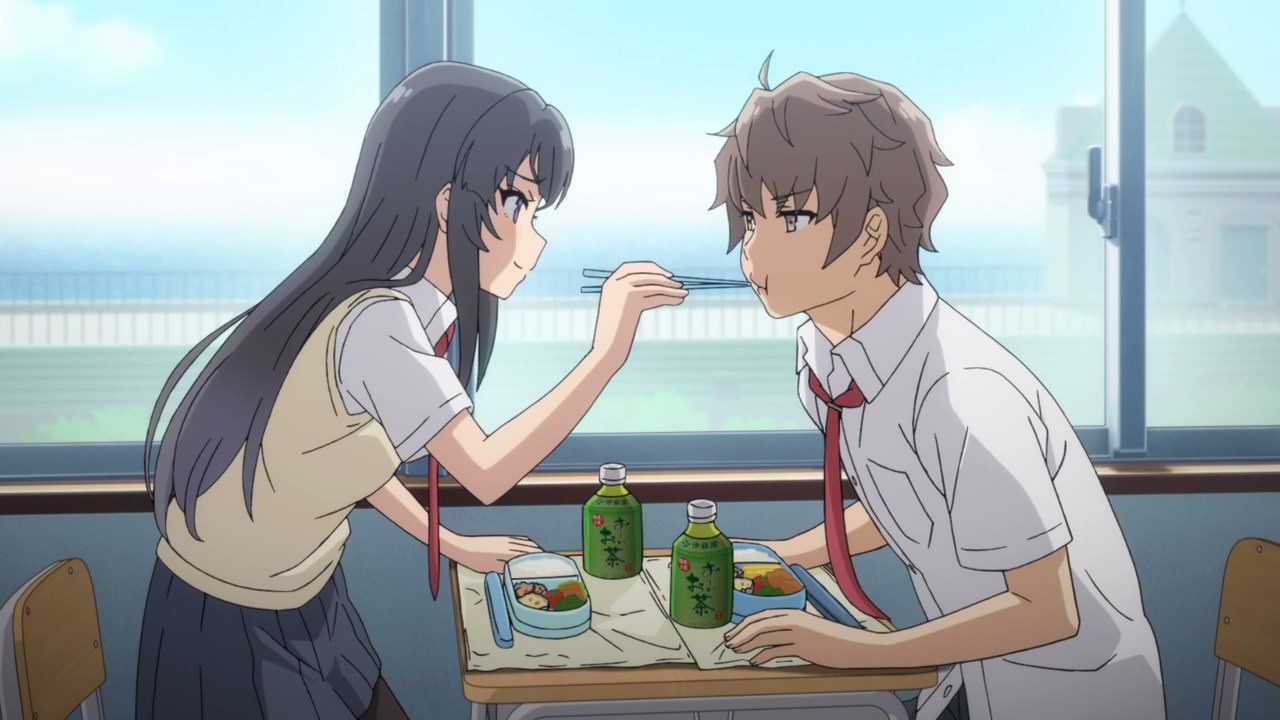 But that’s okay because Asuzagawa will have the right moment to strike and take Sakurajima’s heart. For the time being, he’ll have to enjoy her cooking.

You know what, I think Sakuta should score a date with Mai-sempai tomorrow. That’ll be fun! 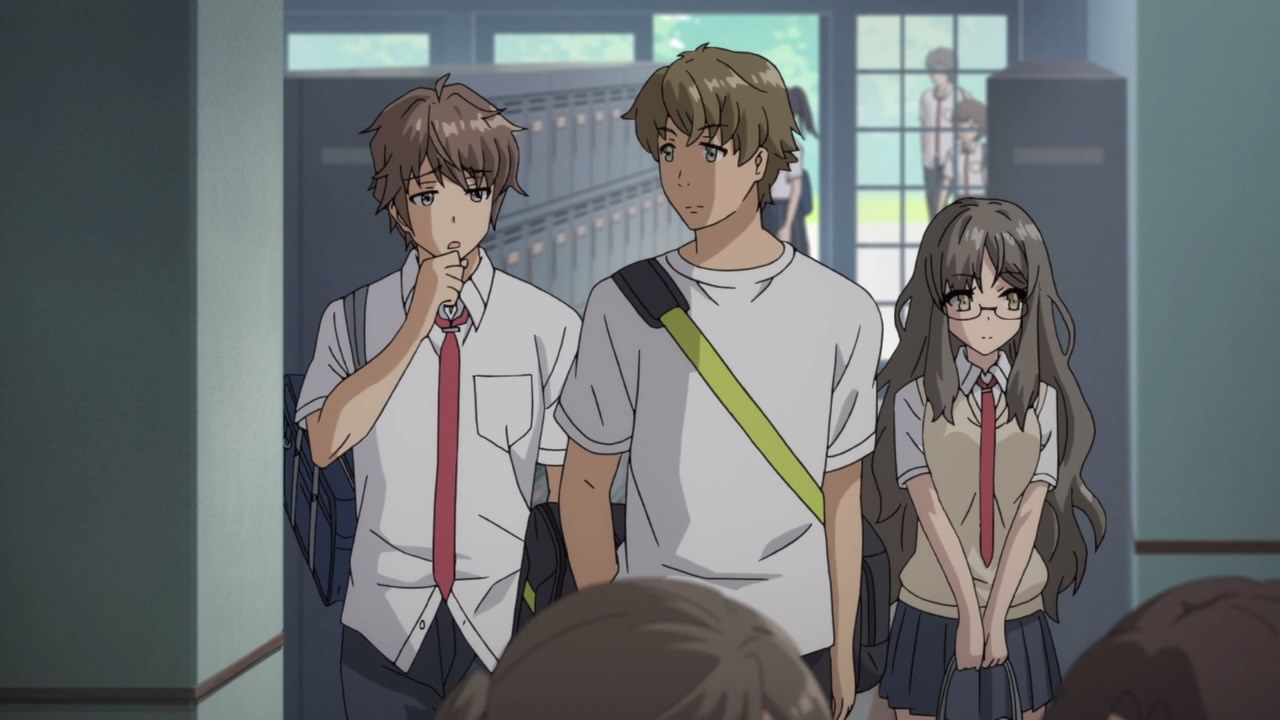 However, seems that tomorrow won’t come as Sakuta Azusagawa is experiencing a case of deja vu… or Endless Eight Syndrome where he’s stuck in an endless recurrence of time.

In fact, Sakuta is hearing the same conversation as in June 27, right down to Yuuma Kunimi talking about the Japanese soccer team’s victory. So what’s going on here? 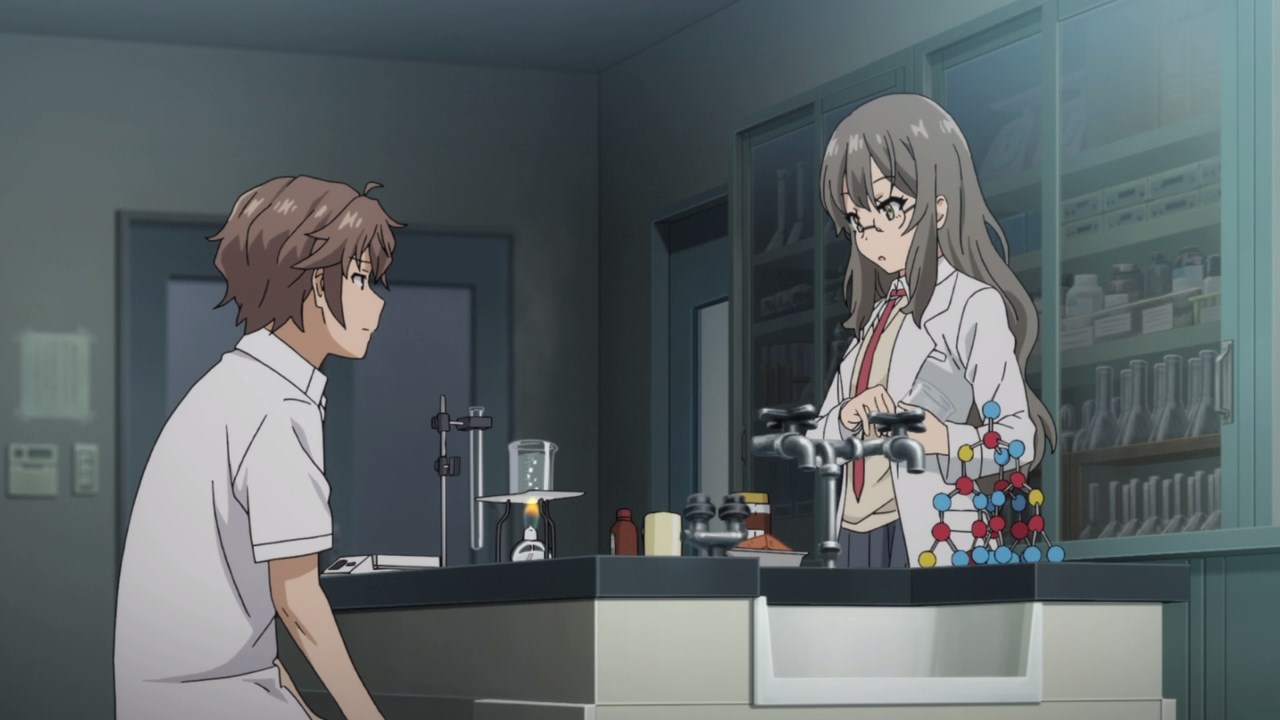 Well, it turns out that there’s a phenomenon called Laplace’s Demon. Okay, it’s more scientific than I thought it’ll be, but in simpler terms is that there you can predict the future should you know the placement and momentum of atoms.

But you know what, I think someone has Puberty Syndrome in which June 27 is repeated indefinitely… 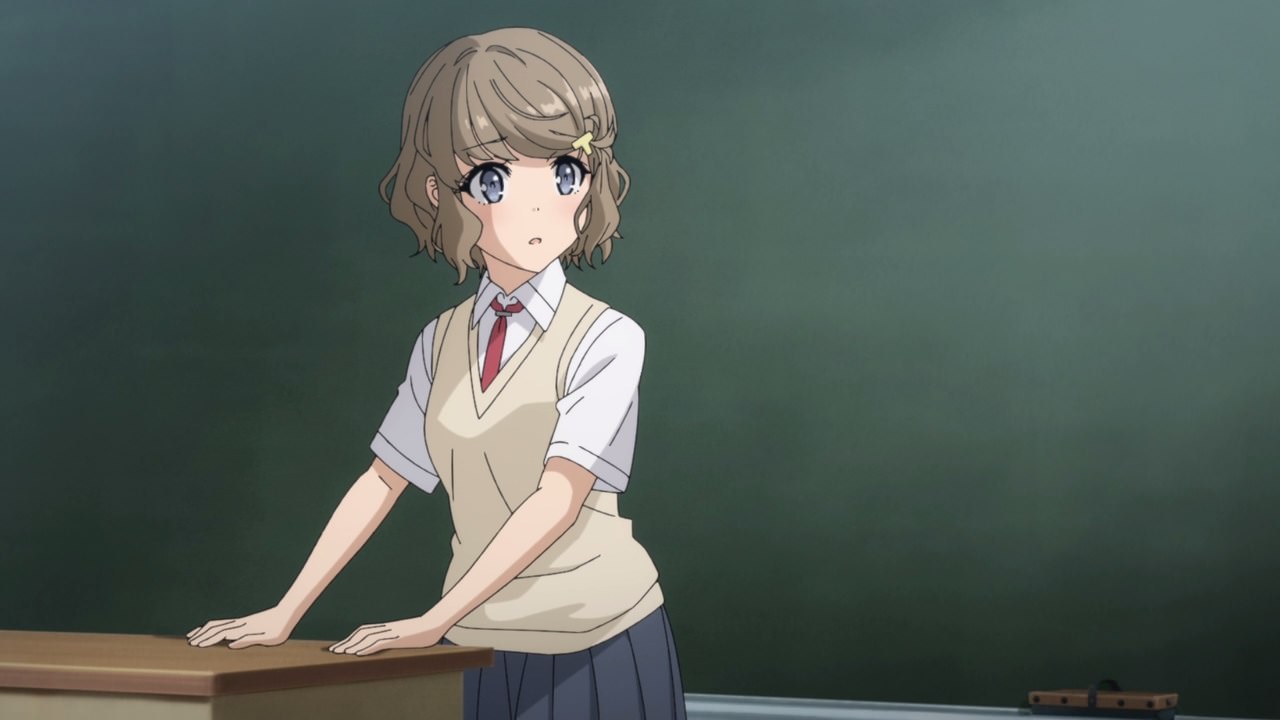 Someone like Tomoe Koga, also known as the girl from Episode 2 in which she kicks Sakuta’s ass and have him kick hers before the police caught them.

But now, Tomoe is having a crisis as she’s hiding from someone. 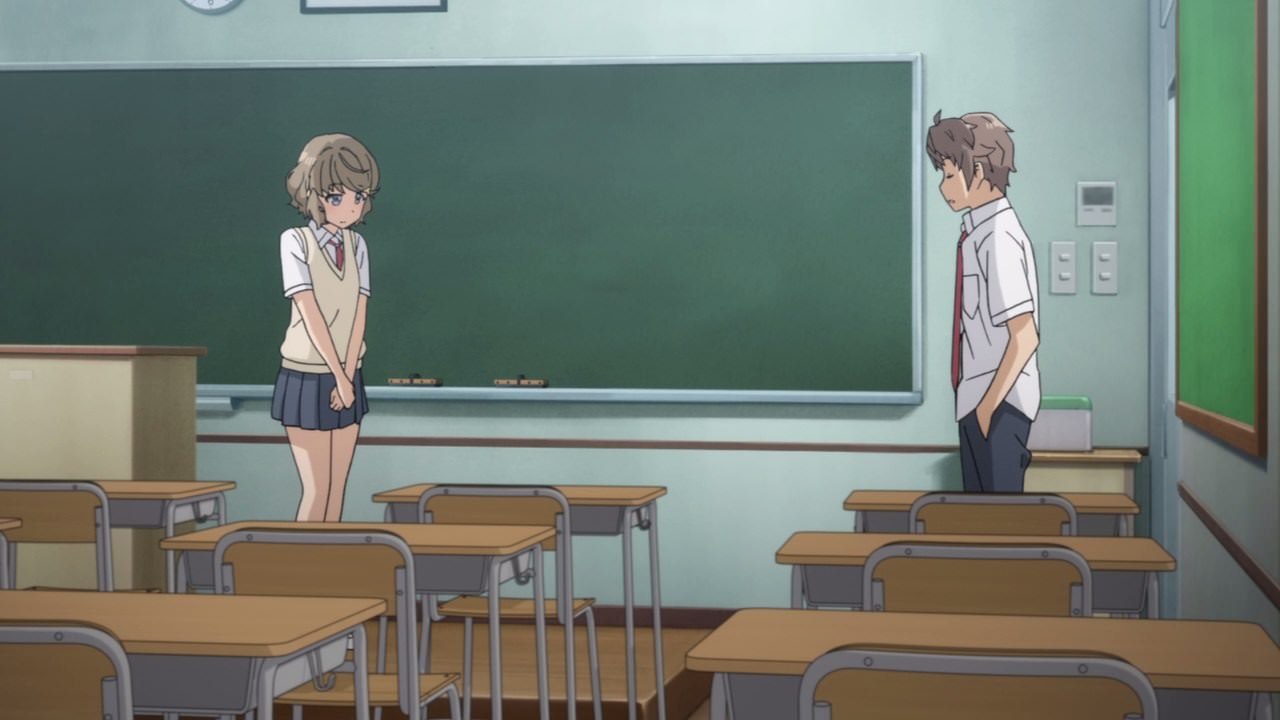 Fortunately, Azusagawa managed to find her in which Koga felt relieved about it.

Turns out that Tomoe Koga is running away from Maezawa-sempai who has his eyes set on her. Problem is that her friend Rena Kashiba is in love with Maezawa-sempai and Koga might get ostracized for rejecting him.

So yeah, it’s very complicated for Tomoe and that’s why the day keeps repeating. Man, Puberty Syndrome is dangerous that it causes a groundhog loop effect other than erasing their existence. 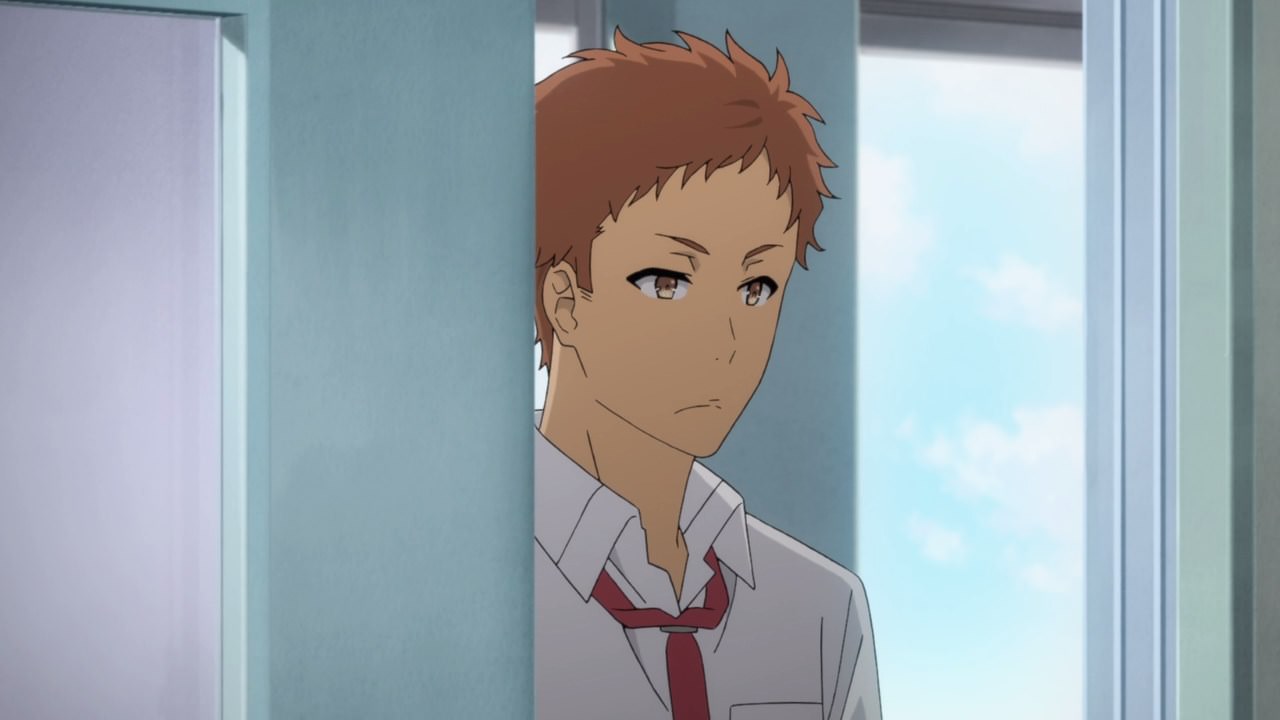 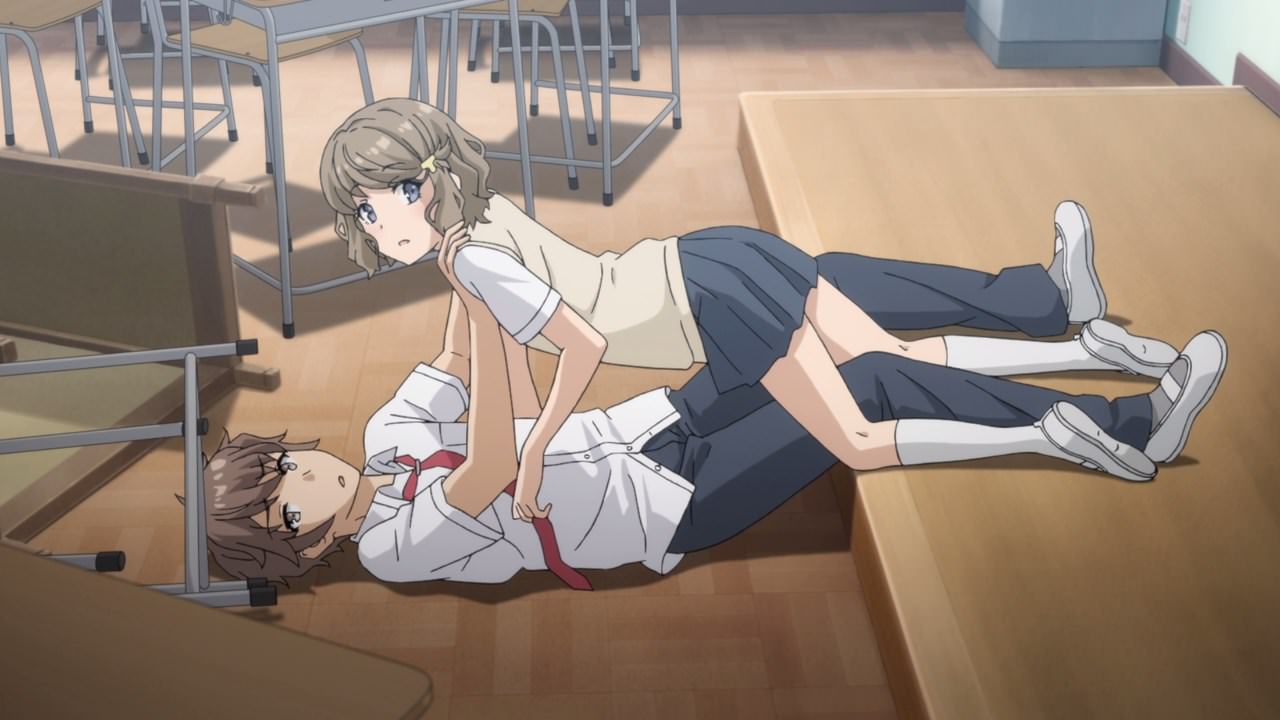 And speaking of Maezawa-sempai, turns out he found his potential girlfriend hanging out with some dude named Sakuta Azusagawa.

First of all, this is just a misunderstanding and they’re not lovers yet! In fact, Azusagawa is aiming to become Mai Sakurajima’s boyfriend! 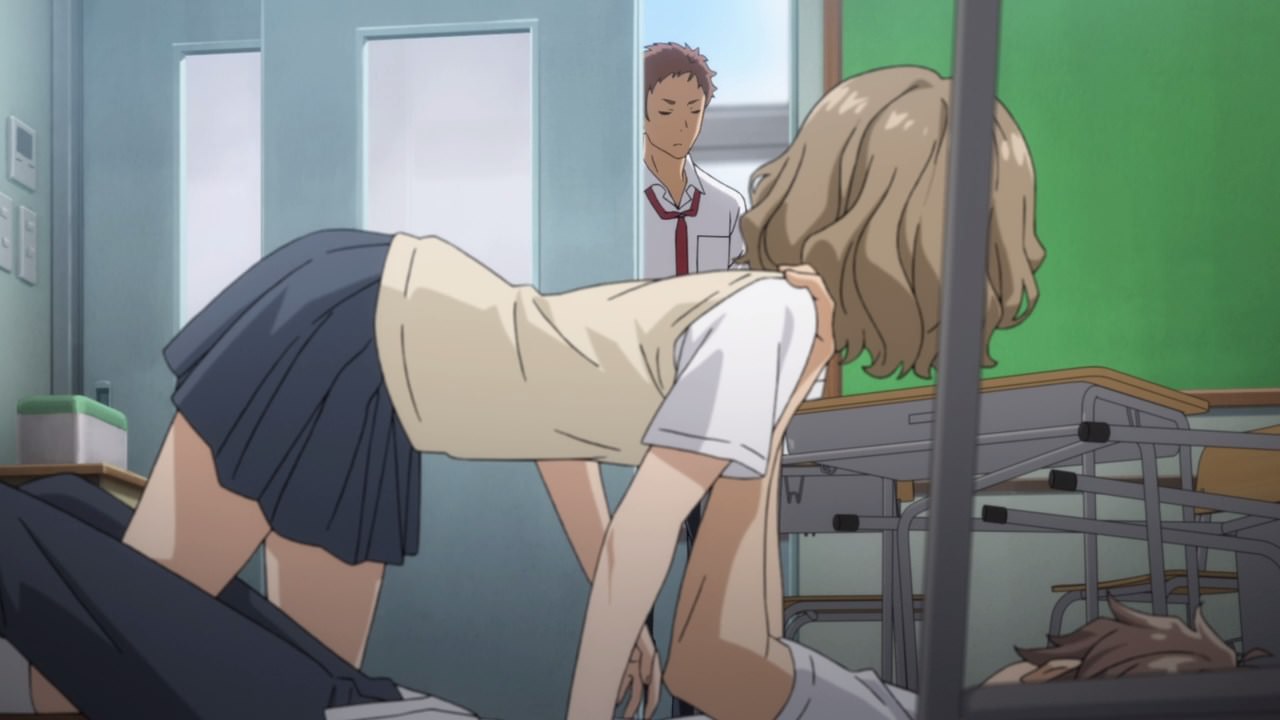 But with that said, looks like Tomoe Koga won’t have to worry about being chased by Maezawa-sempai, thus getting out of the loop.

However, this has some consequences as because of that misunderstanding, Sakuta didn’t get a date with Mai-sempai and thus it’s heading towards a bad ending! Until Azusagawa do something to clear this up, it’s inevitable. 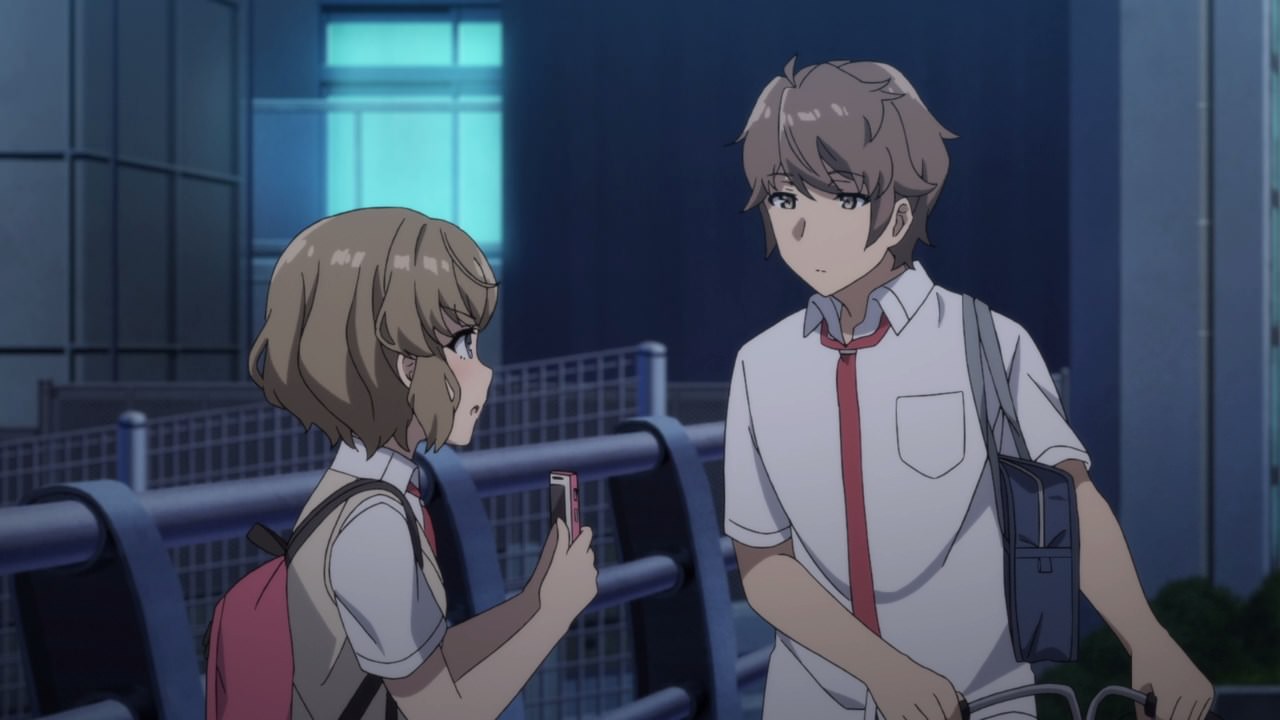 For the time being, Sakuta Azusagawa will have to spend his time clearing up Tomoe Koga’s Puberty Syndrome… by dating her. Um Sakuta, what about Mai-sempai?

As for Tomoe however, seems that it’s okay to become Sakuta’s temporary girlfriend because it turns out that being alone is embarrassing. Hell, even going to school is embarrassing because she’s basically a stranger to everybody… except for her middle school friends.

With that said, I hope that Azusagawa can clear this misunderstanding on the next episode!