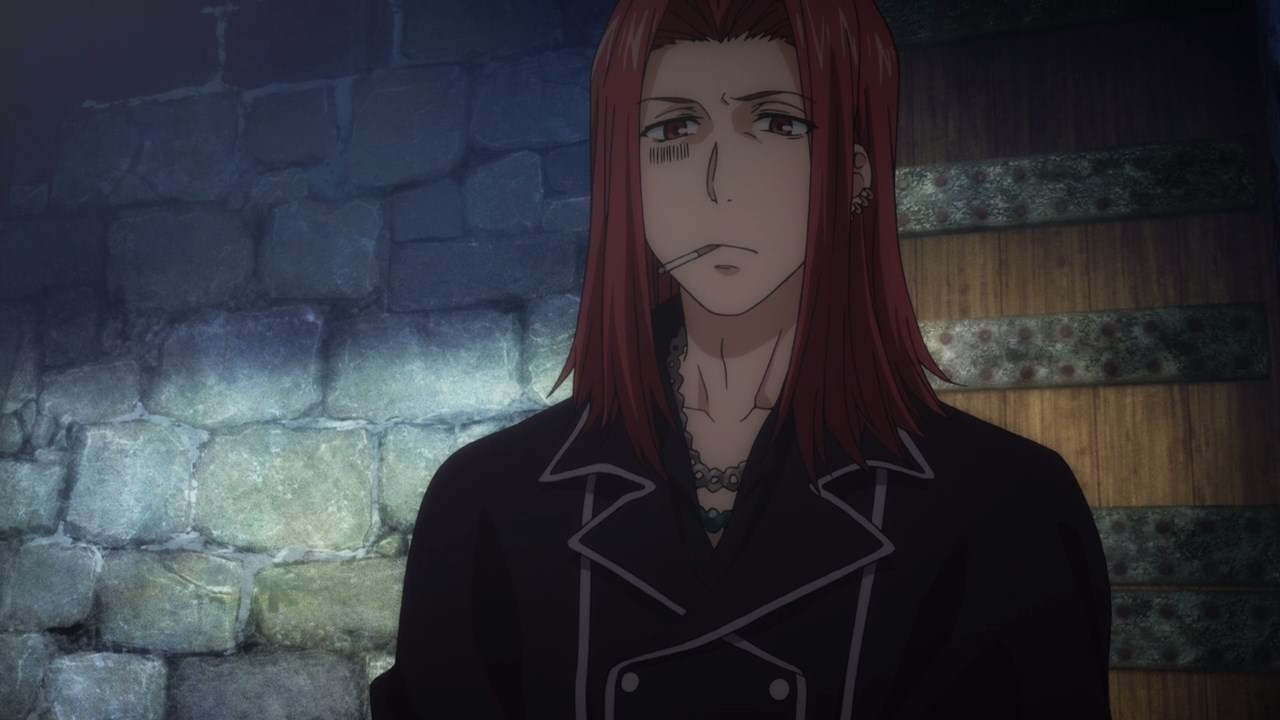 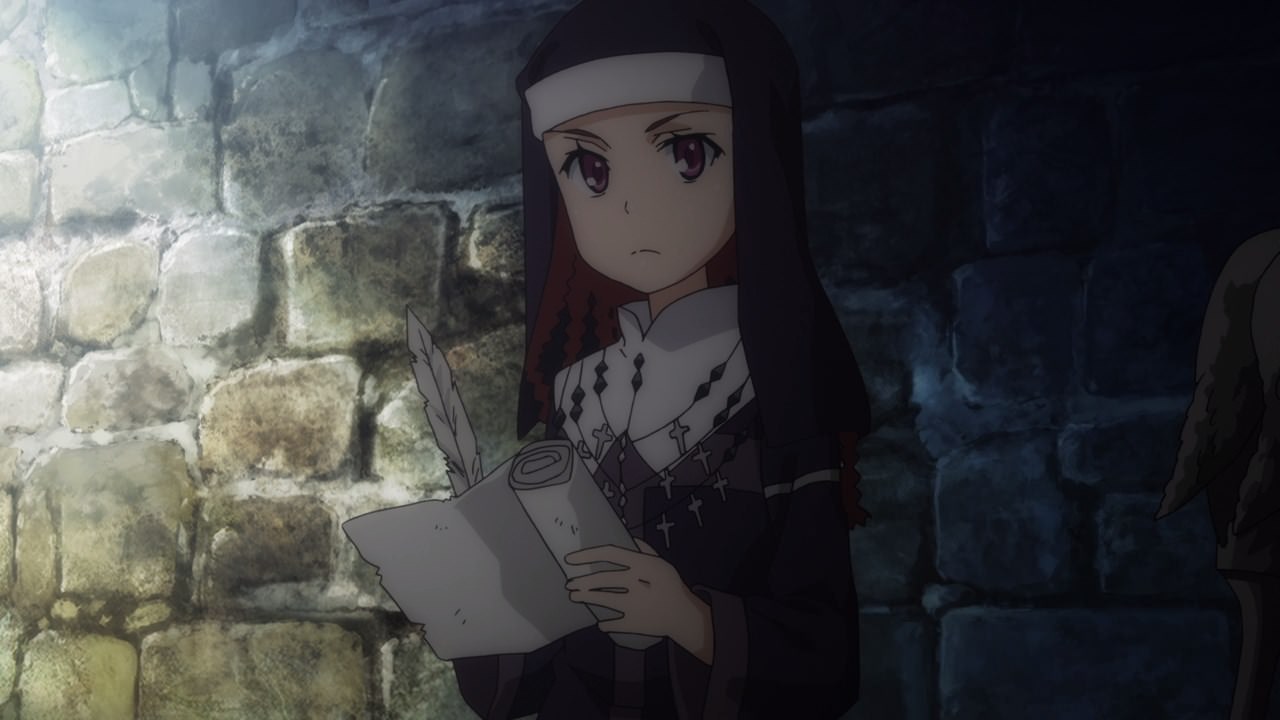 Hey everyone, here’s Stiyl Magnus and Agnese Sanctis as they’re back. It’s nice to see them return but they’re here for something serious. 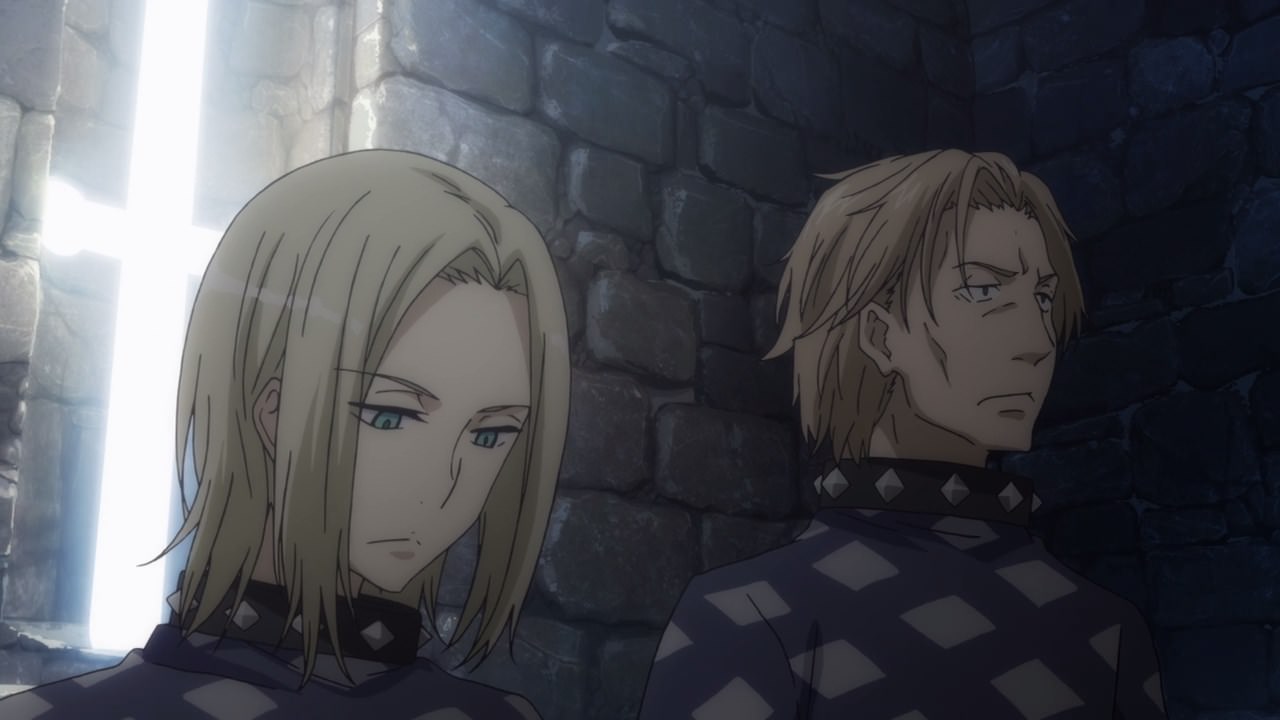 See these two prisoners? They’re from an organization called God’s Right Seat. Unfortunately, both Biagio Buzoni and Lidvia Lorenzetti will remain silent until they demand the release of Oriana Thomson.

However, Oriana is currently working with the Anglican Church after her defeat, so it seems that she won’t welcome them. Well, I must say that Stiyl will have to do something to make them speak. 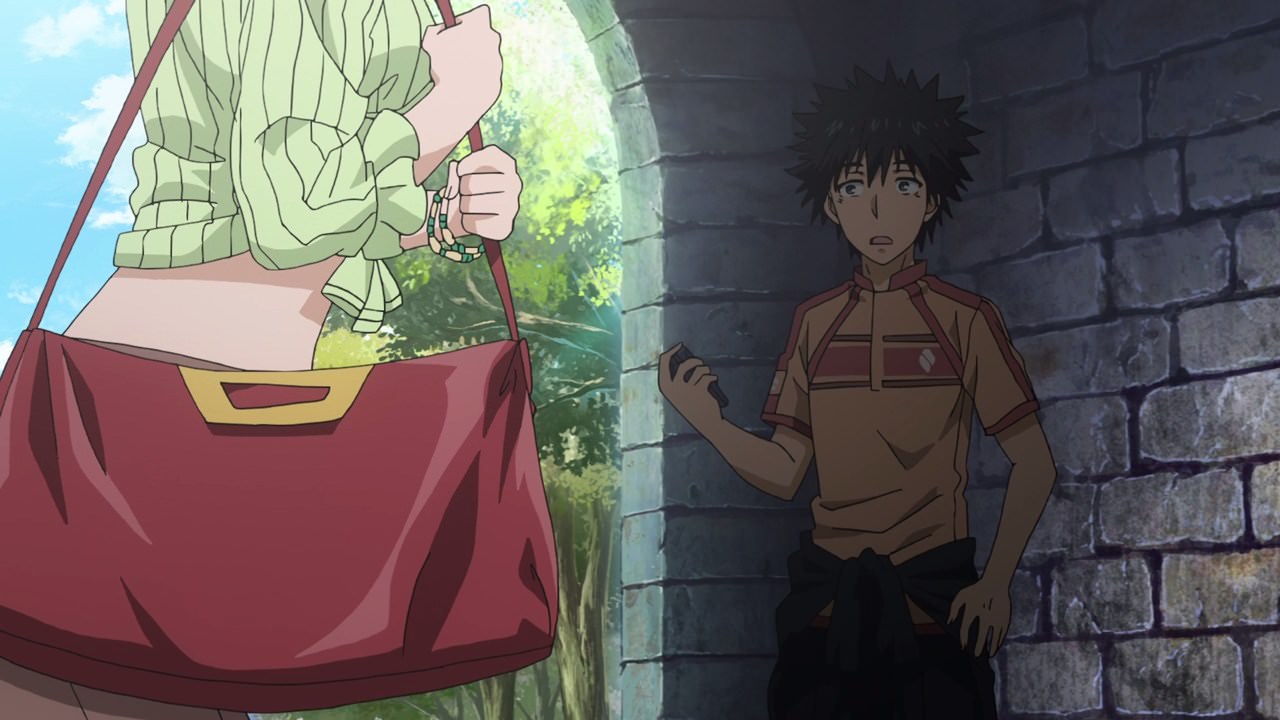 Now then, let’s start this two-part episode where Touma Kamijou just landed in the town of Avignon which is located in southern France. 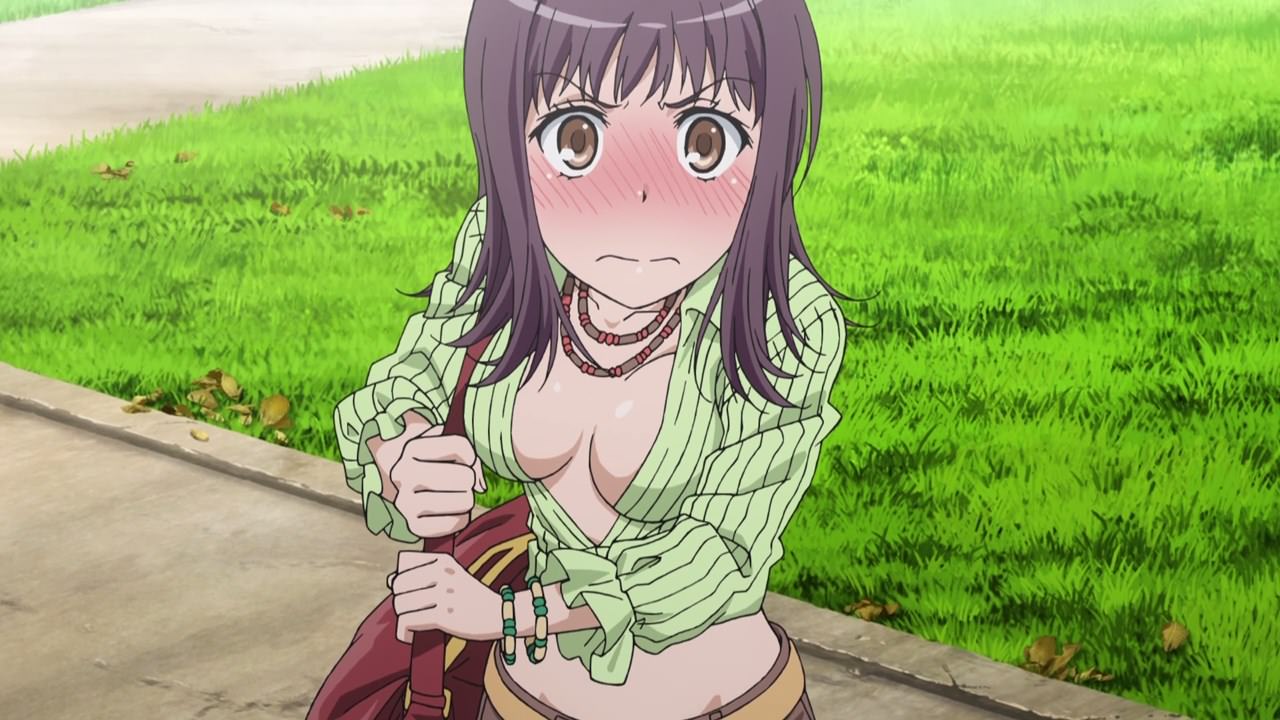 Anyways, this is Itsuwa as she’s wearing a shirt that’s tied up because she’s not wearing a bra. Man, you’re embarrassed on wearing like that? I mean, Kaori is not ashamed when wearing skimpy clothing! 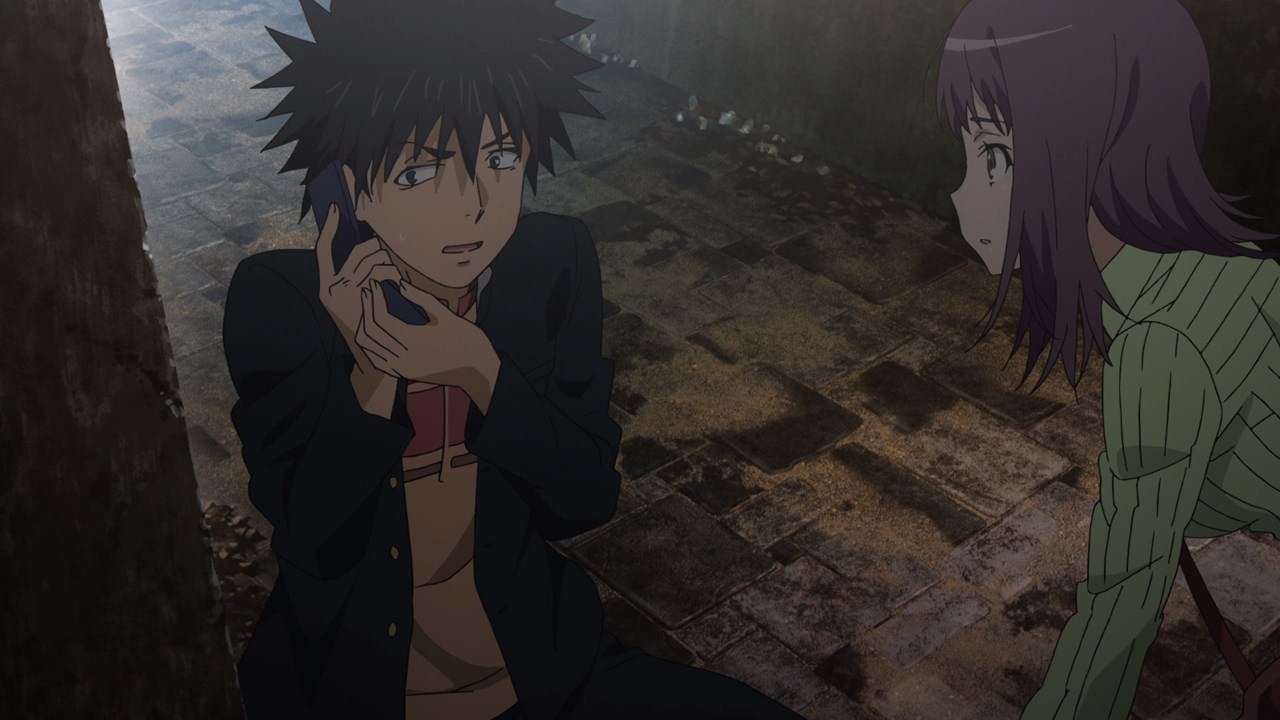 Now then, both Touma and Itsuwa must go to the Papal Palace where the Document of Constantine was stored there, all while avoiding the protesters because they’ll try to kill Touma Kamijou because he came from Academy City.

Anyways, time for brief background about Avignon and why it was important. Well, it turns out that there’s a period when the papacy of Roman Catholic Church was relocated from Vatican City to Avignon, France due to political reasons.

Now that I’m done explaining, time for Touma and Itsuwa to get the Document of Constantine because it influences everyone. In fact, the reason why everyone is pouring their hate on Academy City is because the Roman Catholic Church is using it, albeit remotely. 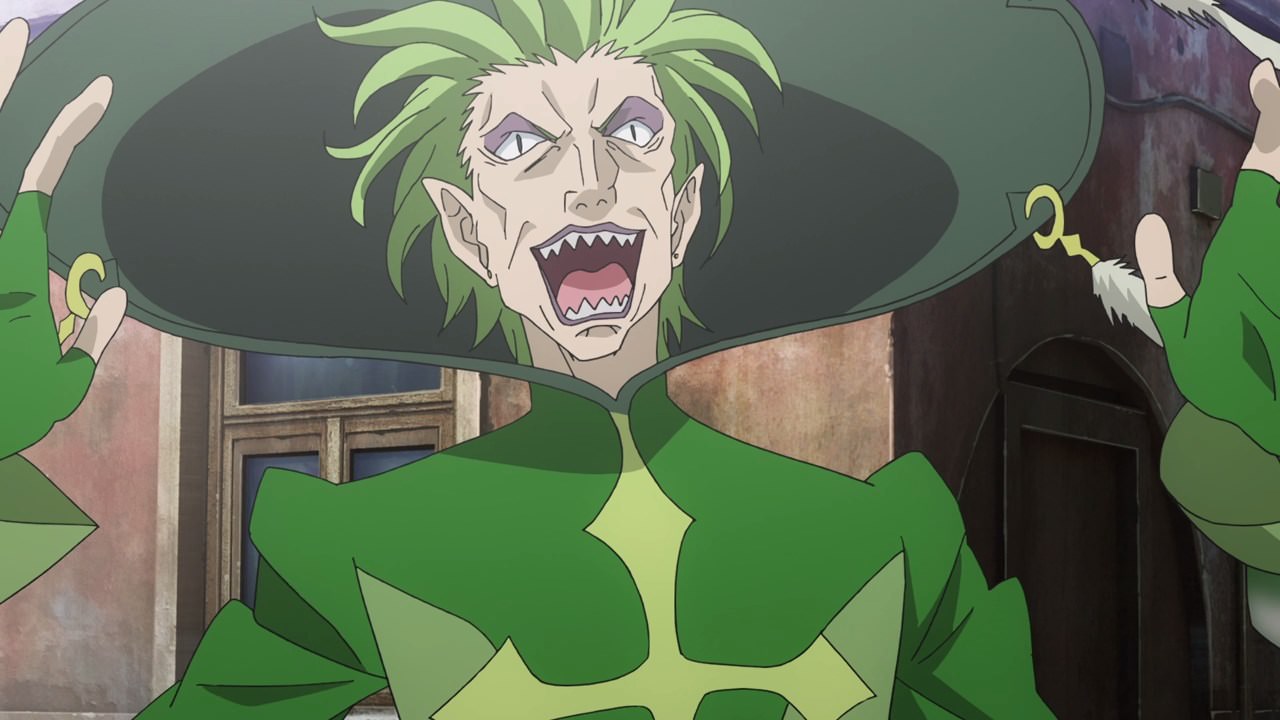 But first, they need to deal with a member of God’s Right Seat. This is Terra of the Left and he’s very annoying as he can pass through walls, misdirect attacks, and use flour as a weapon thanks to his Precedence. 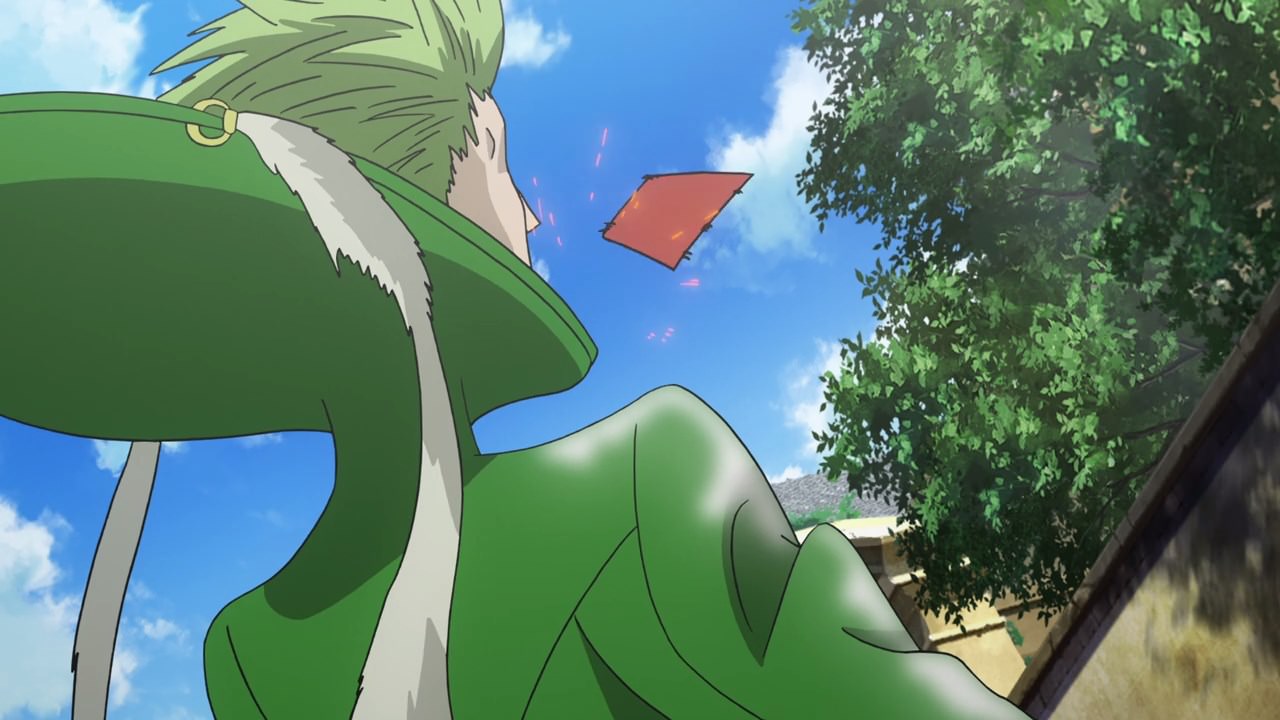 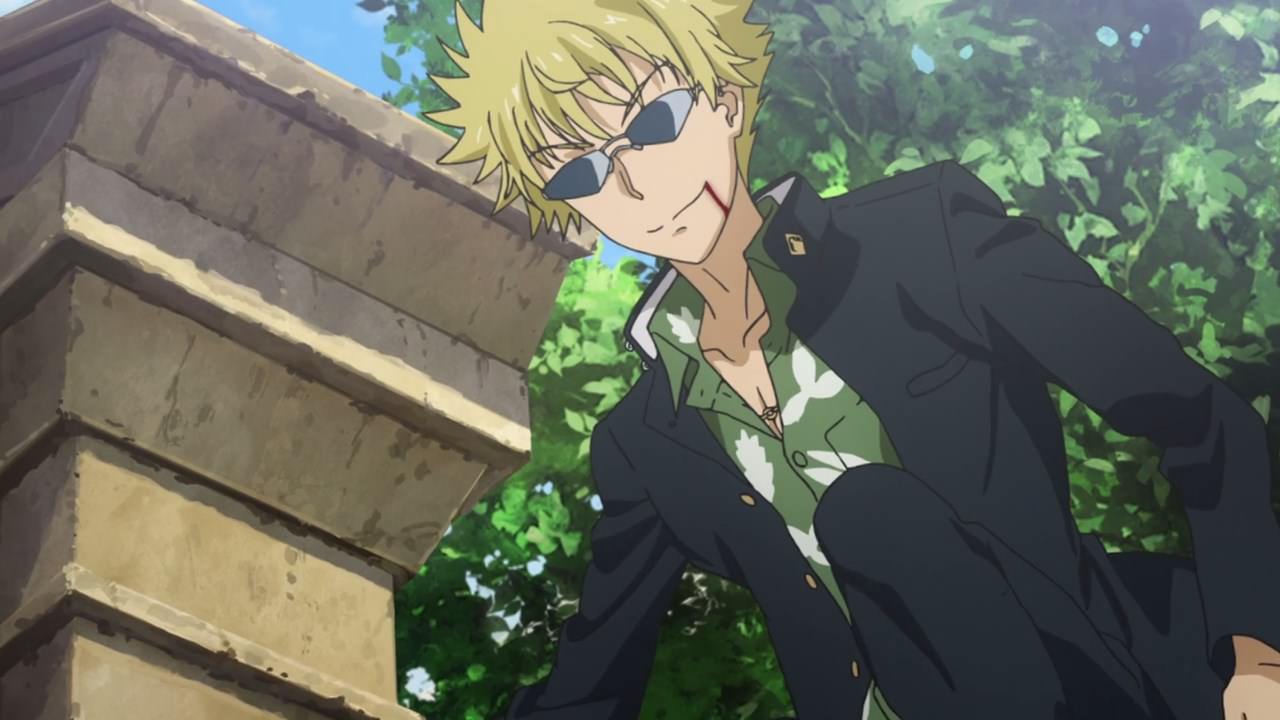 Of course, he’s not prepared for the arrival of Touma’s friend Motoharu Tsuchimikado where he threw a talisman at Terra, although it’s ineffective and Motoharu coughs blood when he uses magic every time, 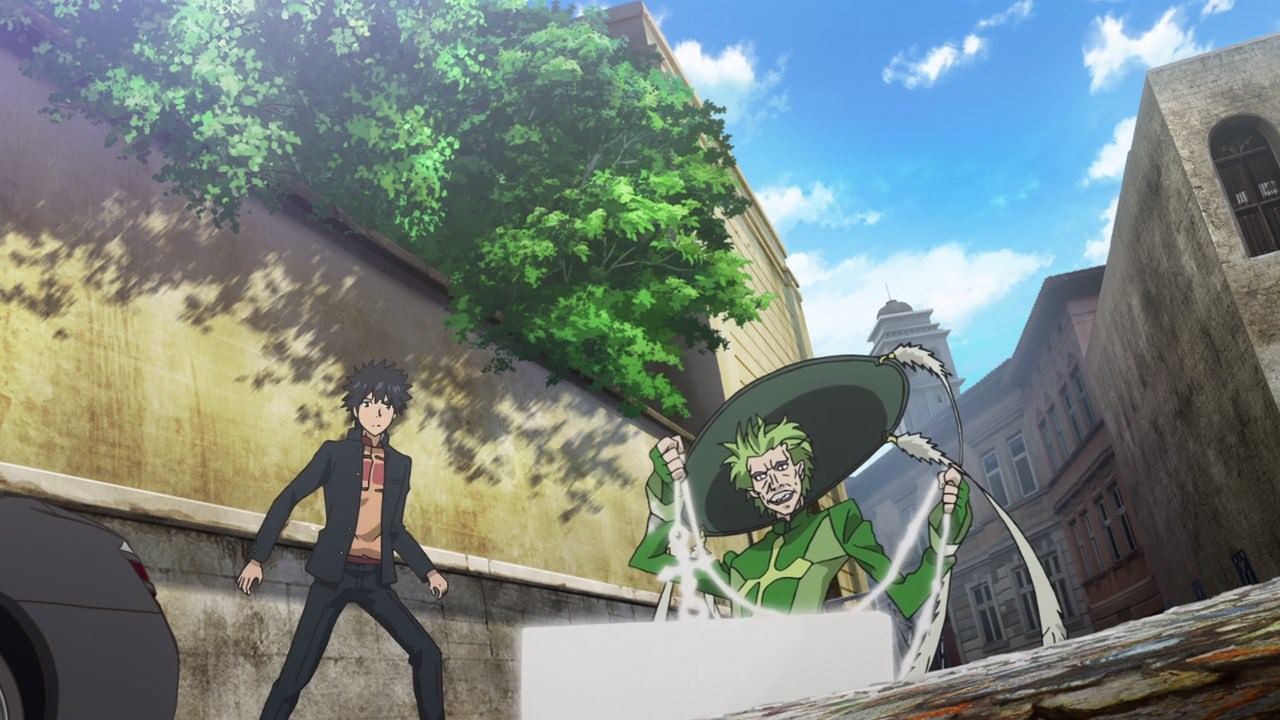 Unfortunately, Terra of the Left has no time dealing with bratty teenagers as he has to find the Document of Constantine and give it to the Roman Pope. Sucks that Touma couldn’t punch this guy right away. 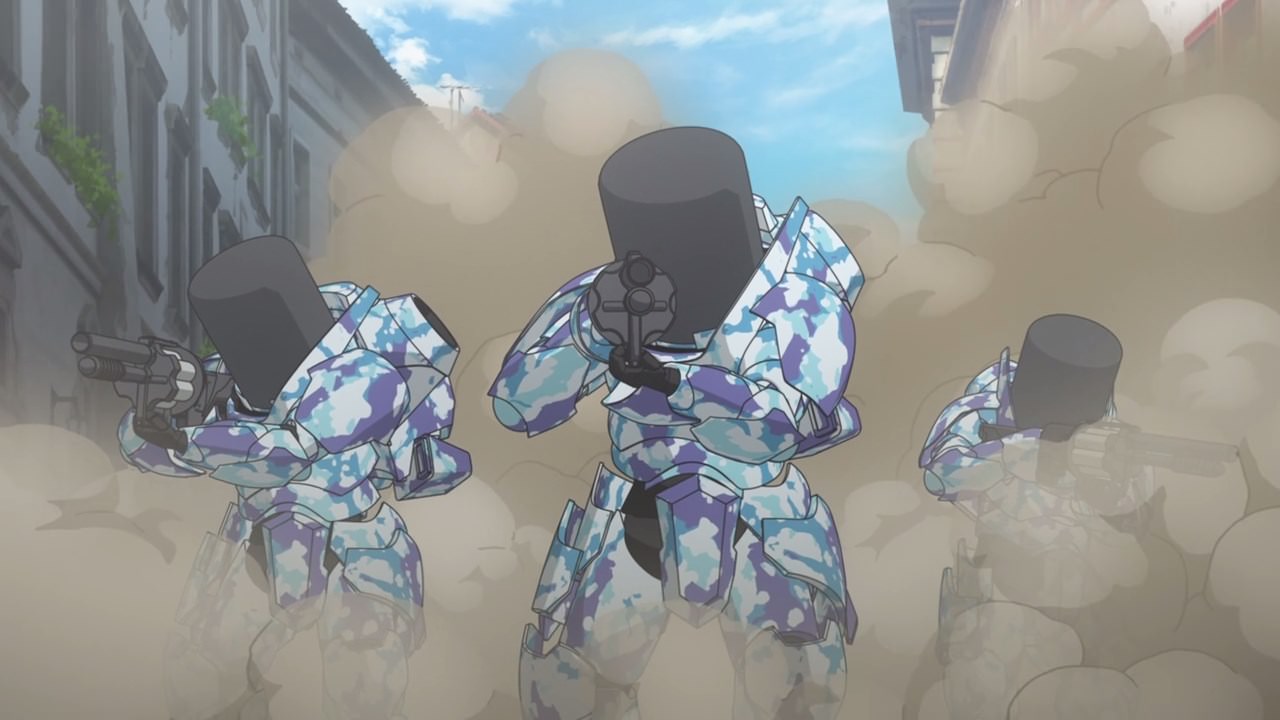 Other than Terra, seems that Academy City has sent their autonomous troops to quell the protesters. 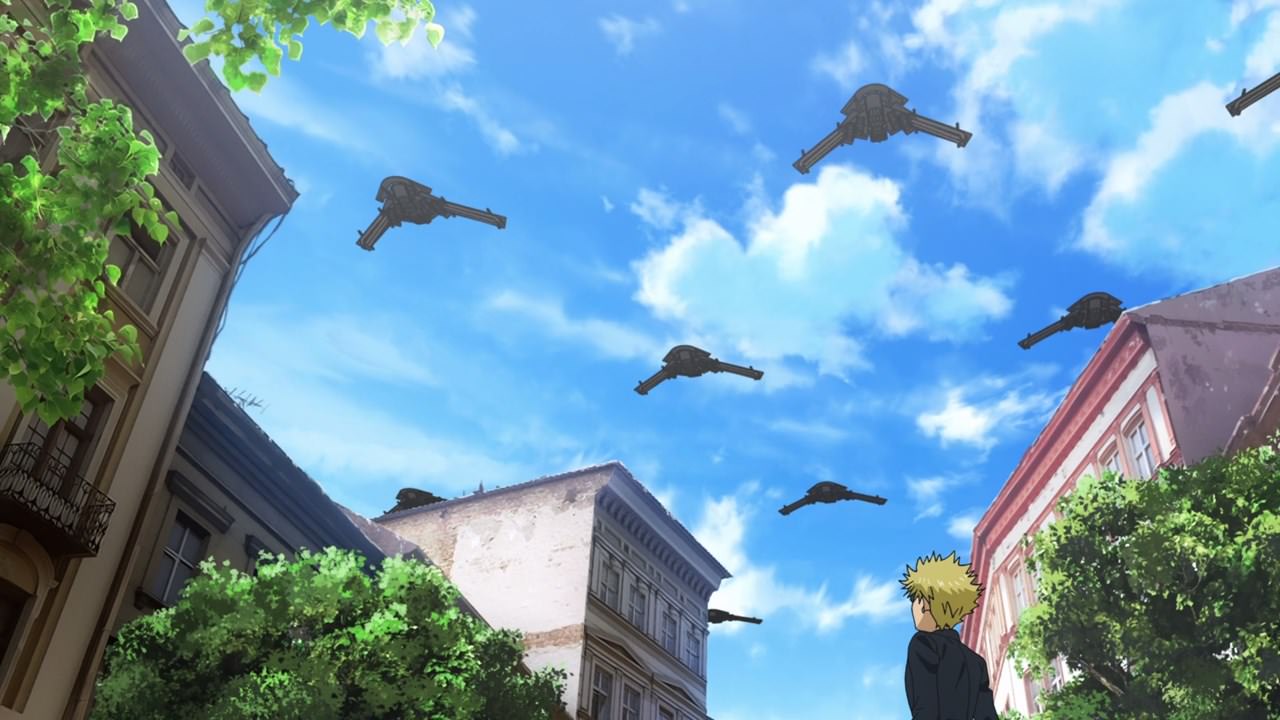 And if autonomous troops wasn’t enough, the Academy City send some stealth bombs too. Kinda overkill to stop some rioters, huh? I blame Aleister Crowley for this. 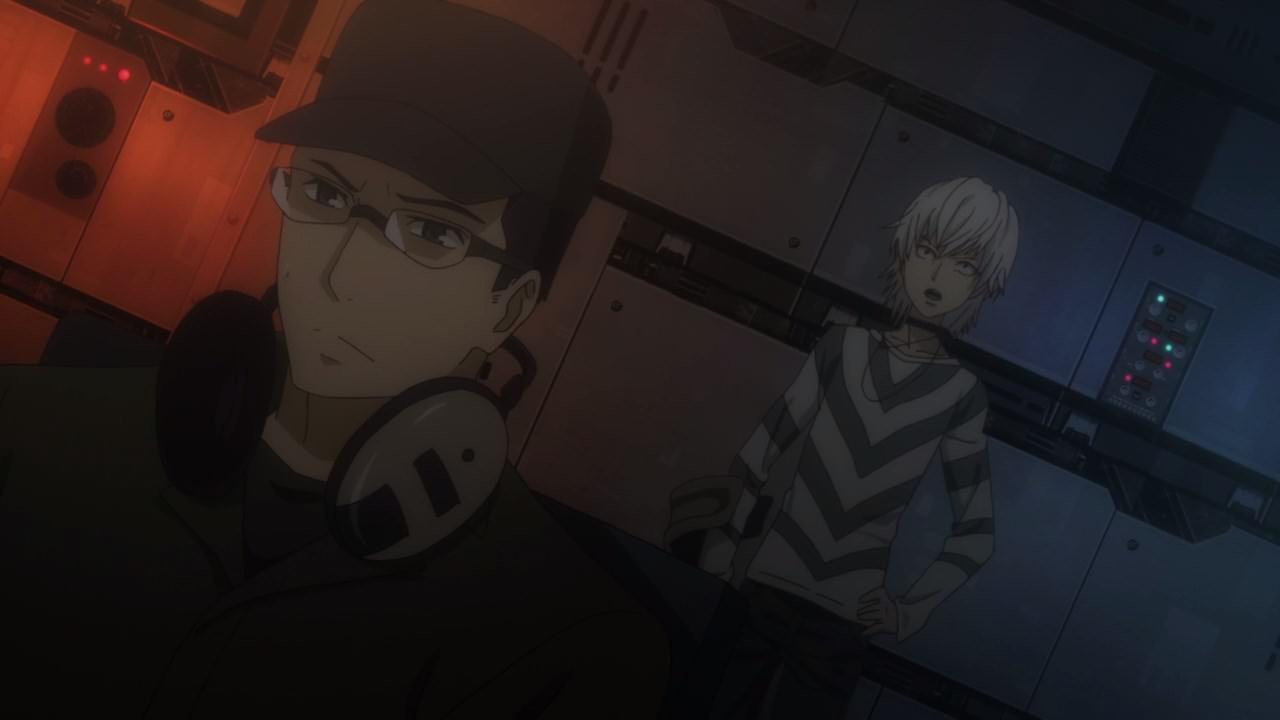 And worst of all, they sent Accelerator too because bombs and robots aren’t gonna cut it. Really, is Accelerator becoming a pawn to the higher-ups at Academy City? Hell, I feel that he wants to achieve Level 6! 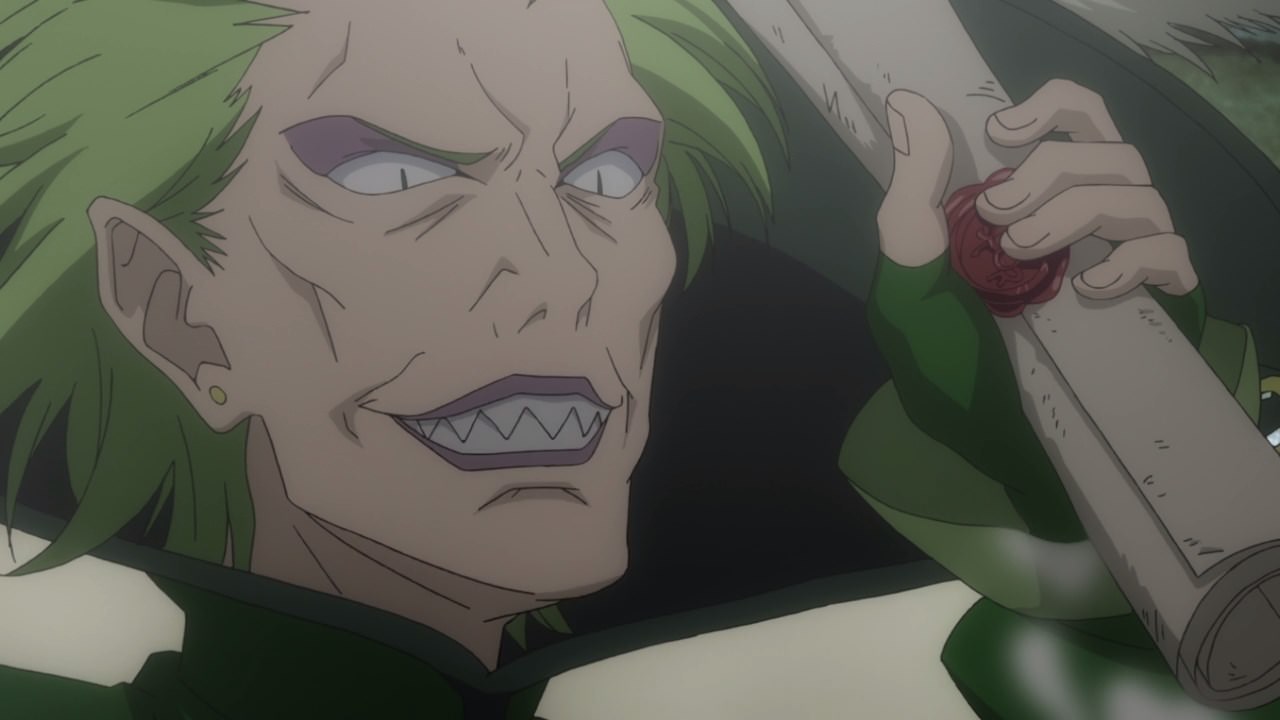 But let’s go back to Terra of the Left as he finally got what he’s looking for. Now that he has the Document of Constantine, the Roman Catholic Church has direct control of their followers in their fight against the Science Side. 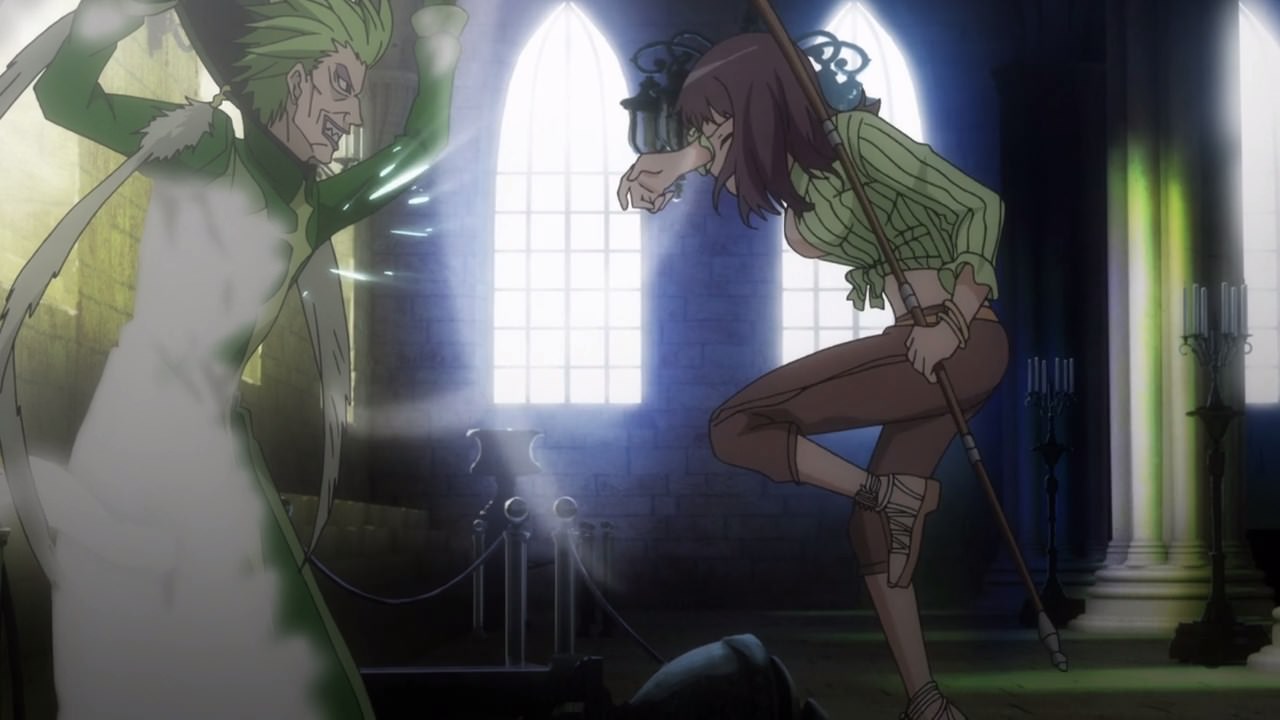 Oh, and he cannot be stopped as Terra can use Precedence to nullify any attacks and use flour to knock them down! 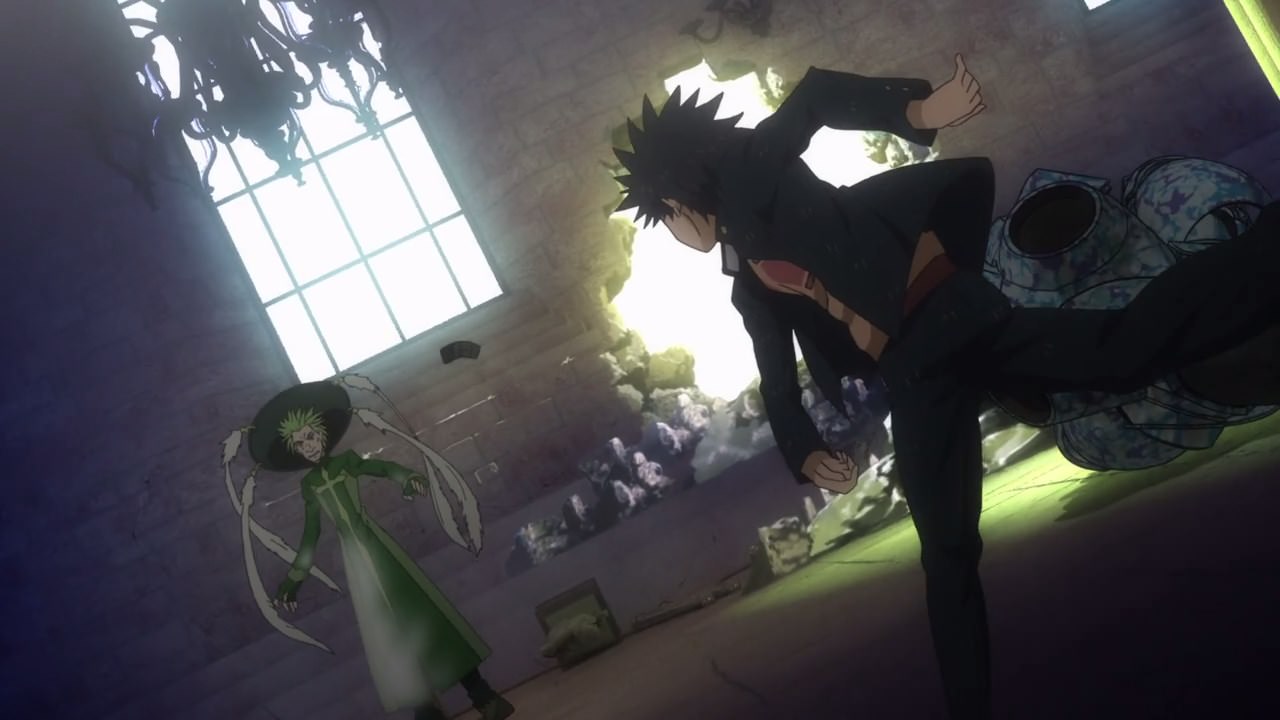 But as for Touma Kamijou however, he decides to throw his wallet as a last-ditch effort to beat Terra of the Left. 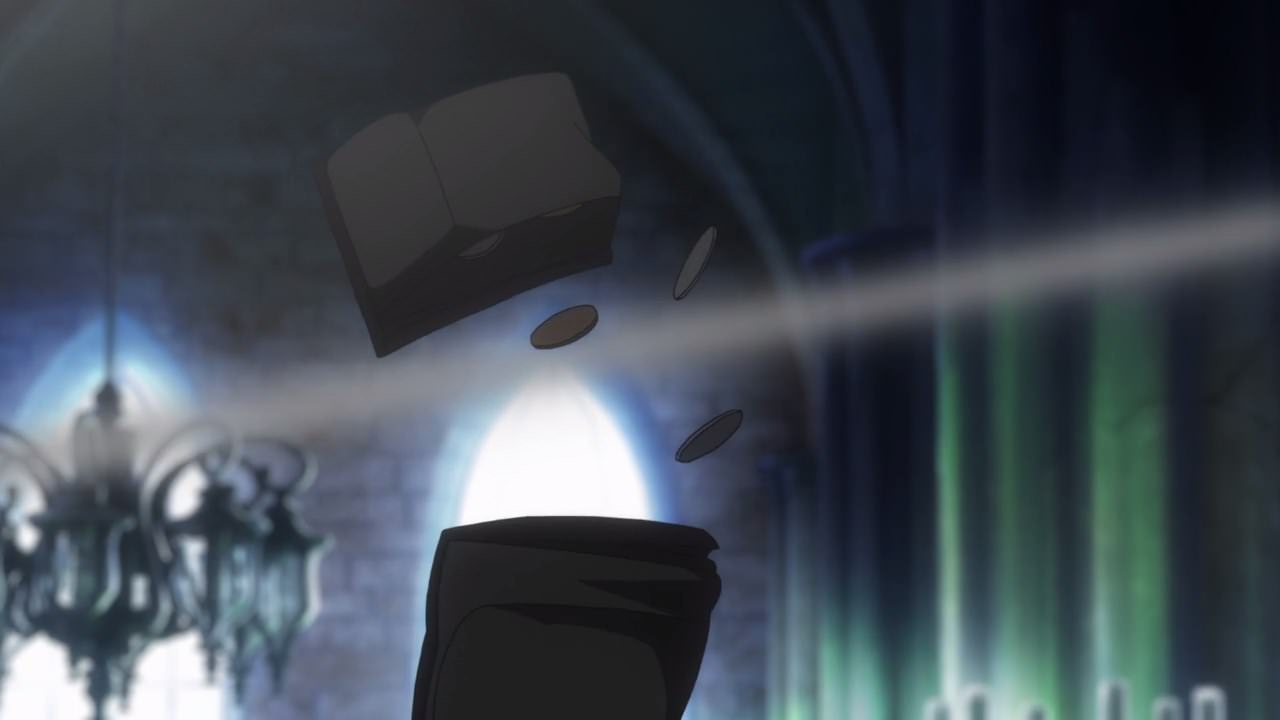 Sadly, his wallet got ripped in half. RIP Touma’s wallet! 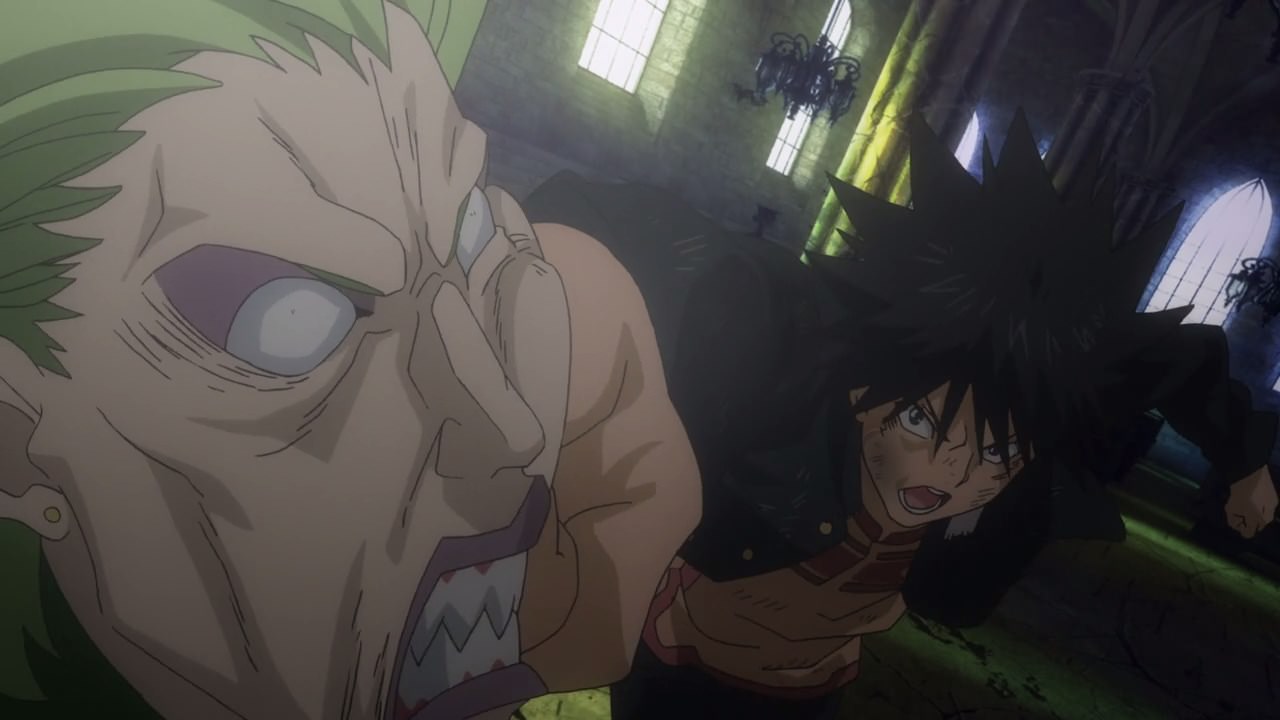 But hey, what’s important is that Touma got a chance to punch Terra to the face using his Imagine Breaker! 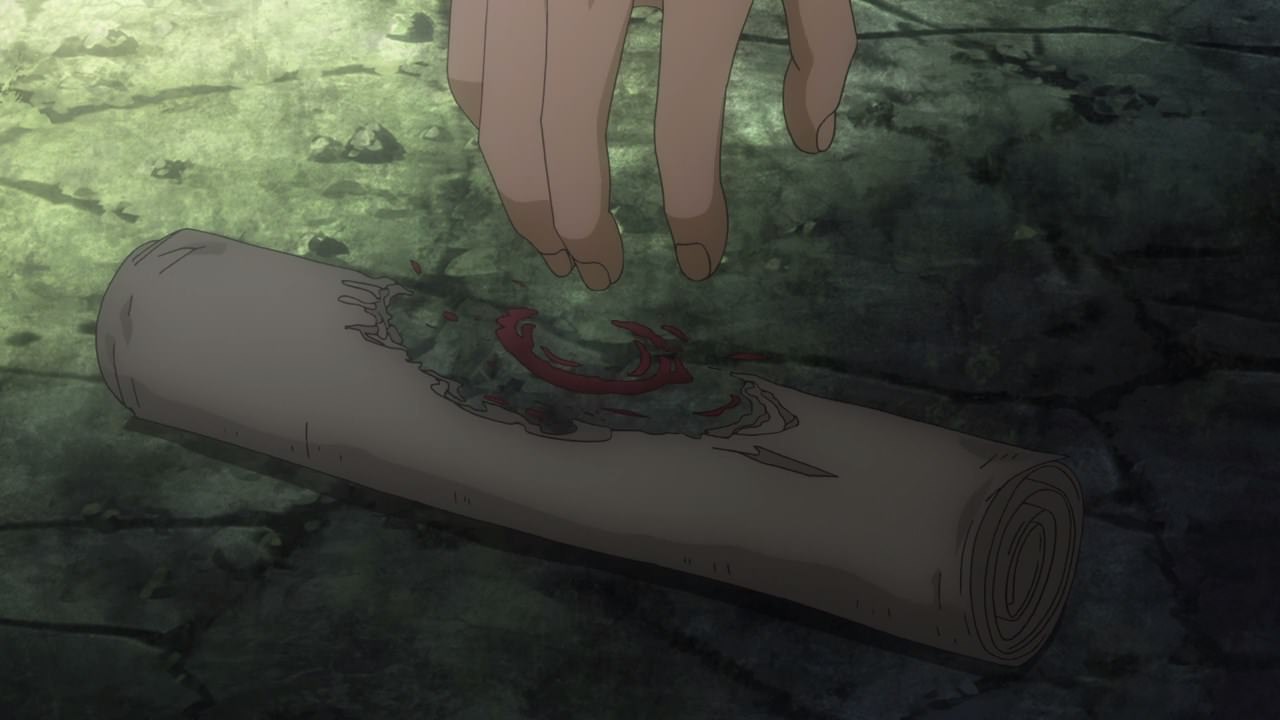 Oh, and he destroyed the Document of Constantine with his right hand. Um, would it be better if Touma Kamijou used his left hand to grab it?

Then again, this relic is dangerous so it’s better off having it destroyed forever. 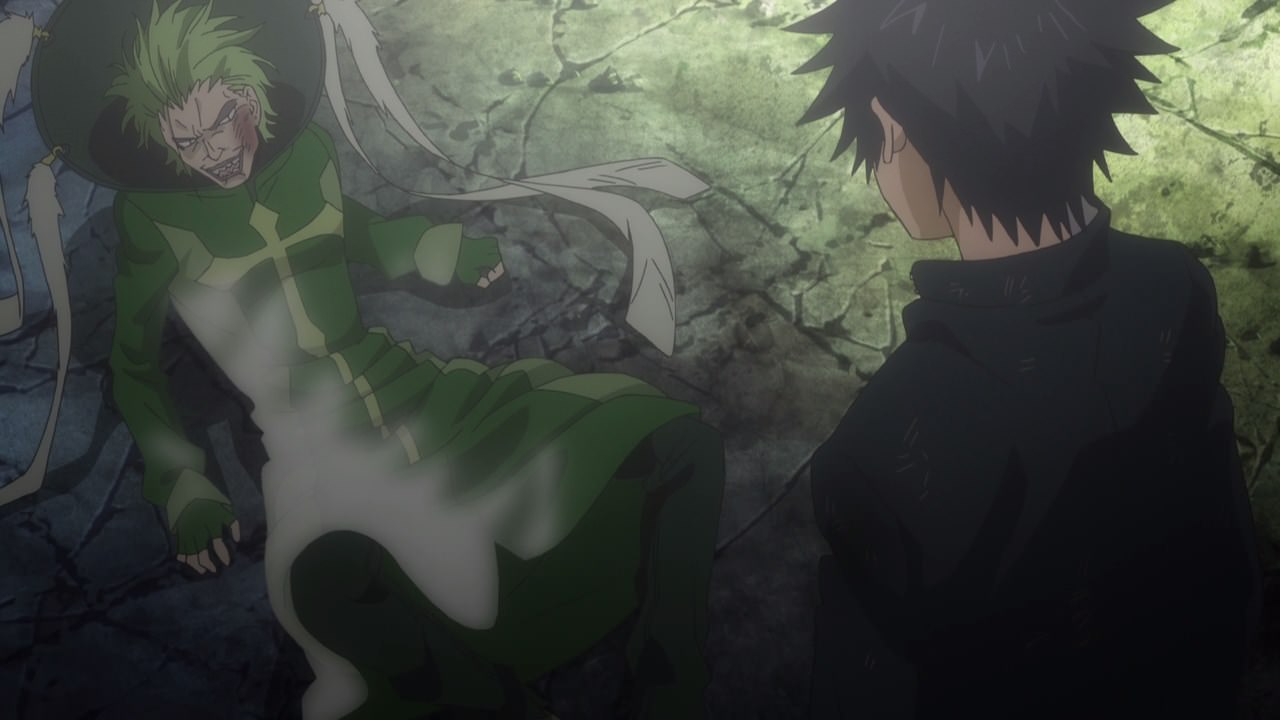 As for Terra of the Left? Well, he’s still alive but that punch coming from Touma hurts him a lot.

On the other hand, Terra knows the secret behind Touma Kamijou’s Imagine Breaker, something that he doesn’t know because Touma lost his memory when saving Index back in the first season. Of course, Touma is not gonna tell everyone that he has amnesia. 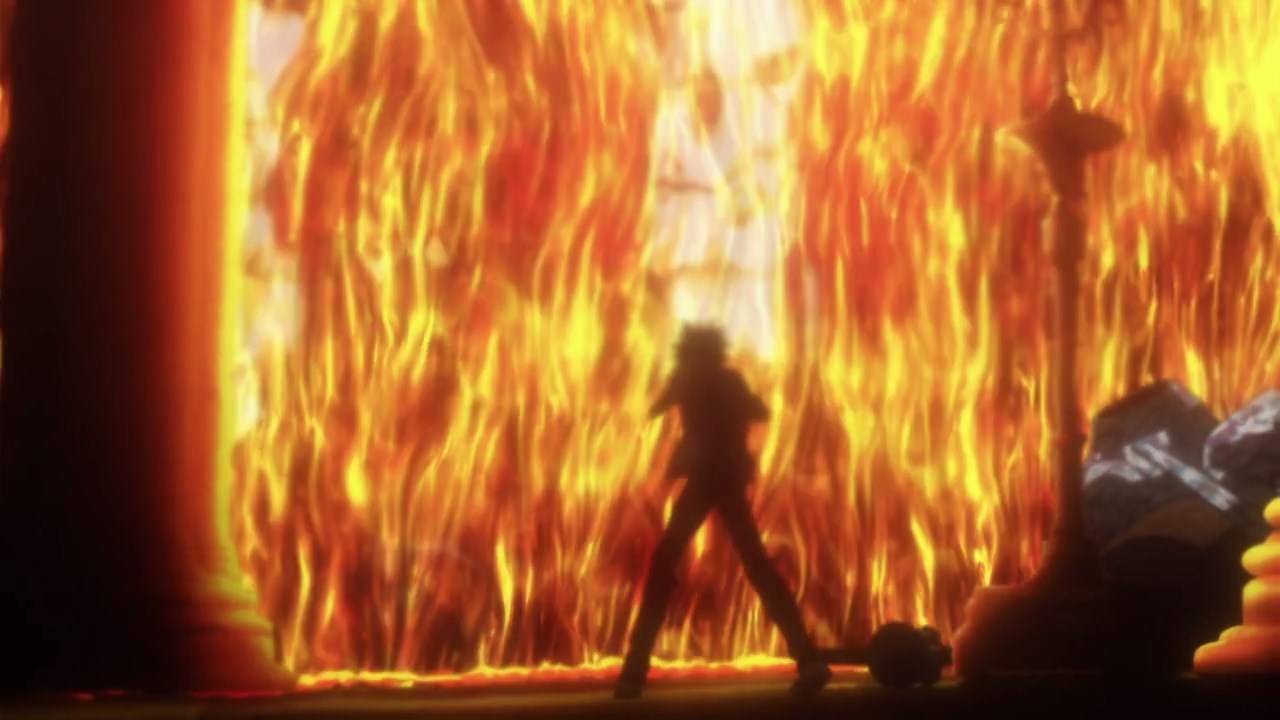 But just before he spill the beans, Terra got burned thanks to Accelerator’s vectors as he simply followed orders to quell the rioters. Dammit Accelerator! 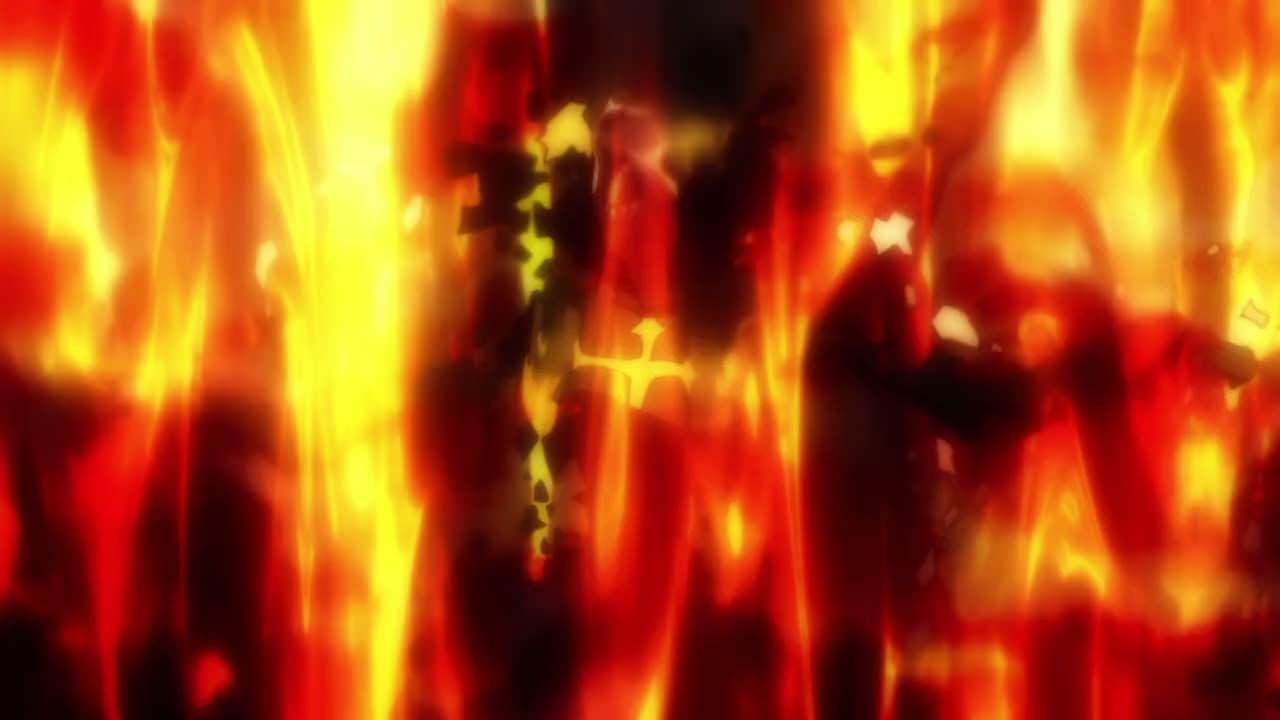 Well, it’s sucks that we’ll never learn the true nature of his Imagine Breaker. Rest in peace, Terra of the Left! 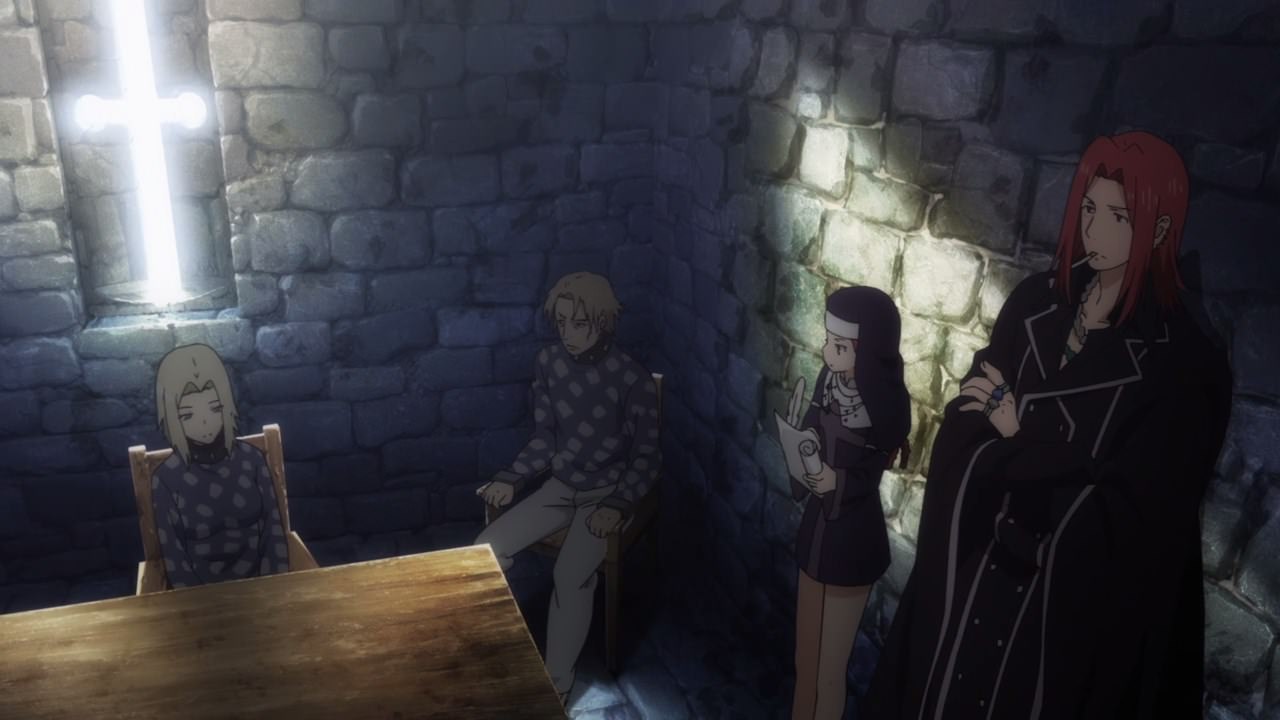 Back in the United Kingdom, seems that one of the prisoners explained that the true motive of their organization was to not only get rid of the original sin from humanity, but to make them ascend into angels.

Heck, let’s just say that they want to sit beside God, hence the name of their organization called God’s Right Seat. 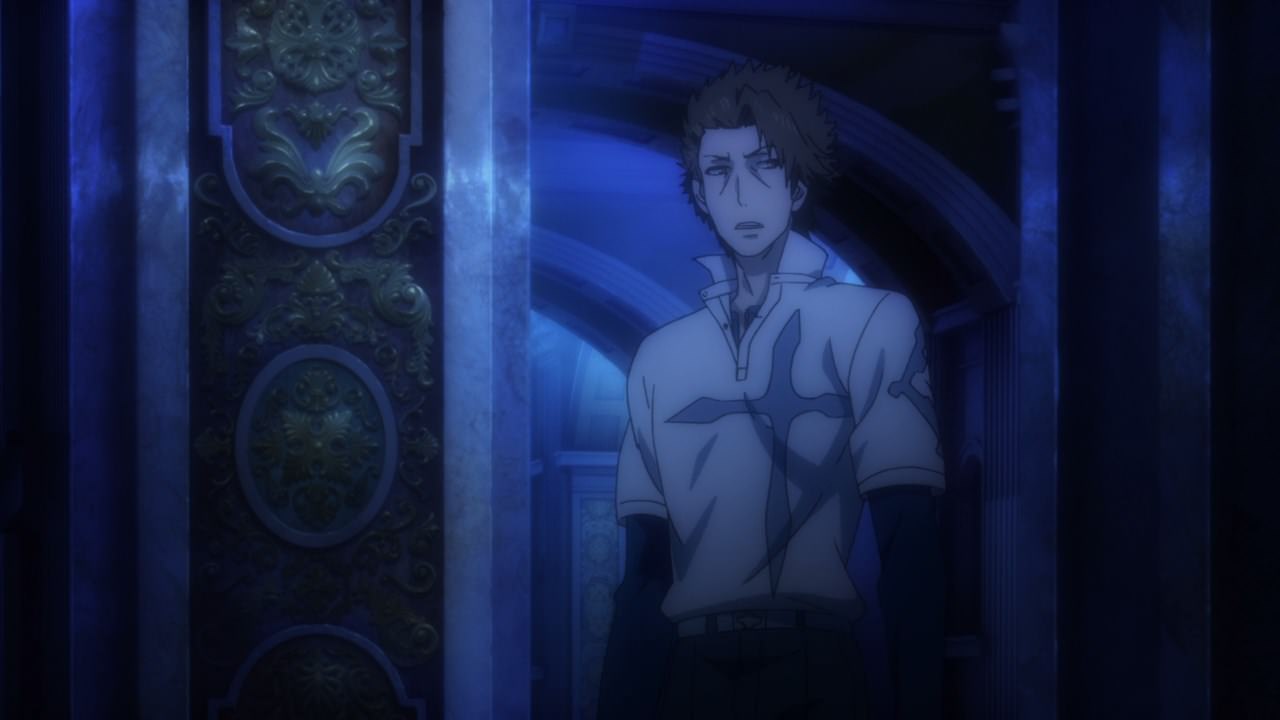 Now then, here’s Acqua of the Back as he welcome back one of his allies… 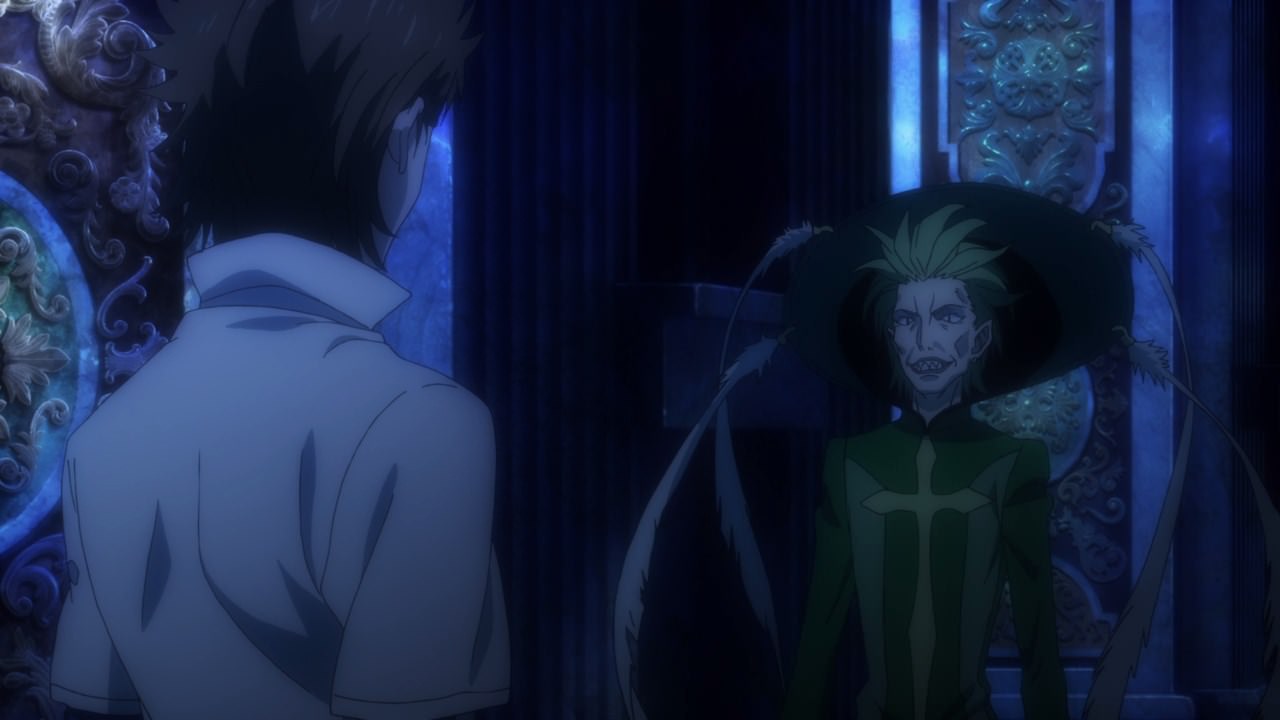 …which turned out to be Terra of the Left. Really, I thought he was burned to a crisp by Accelerator’s vector?

On the other hand, seems that Acqua felt disgusted towards Terra of using civilians just to get the document. 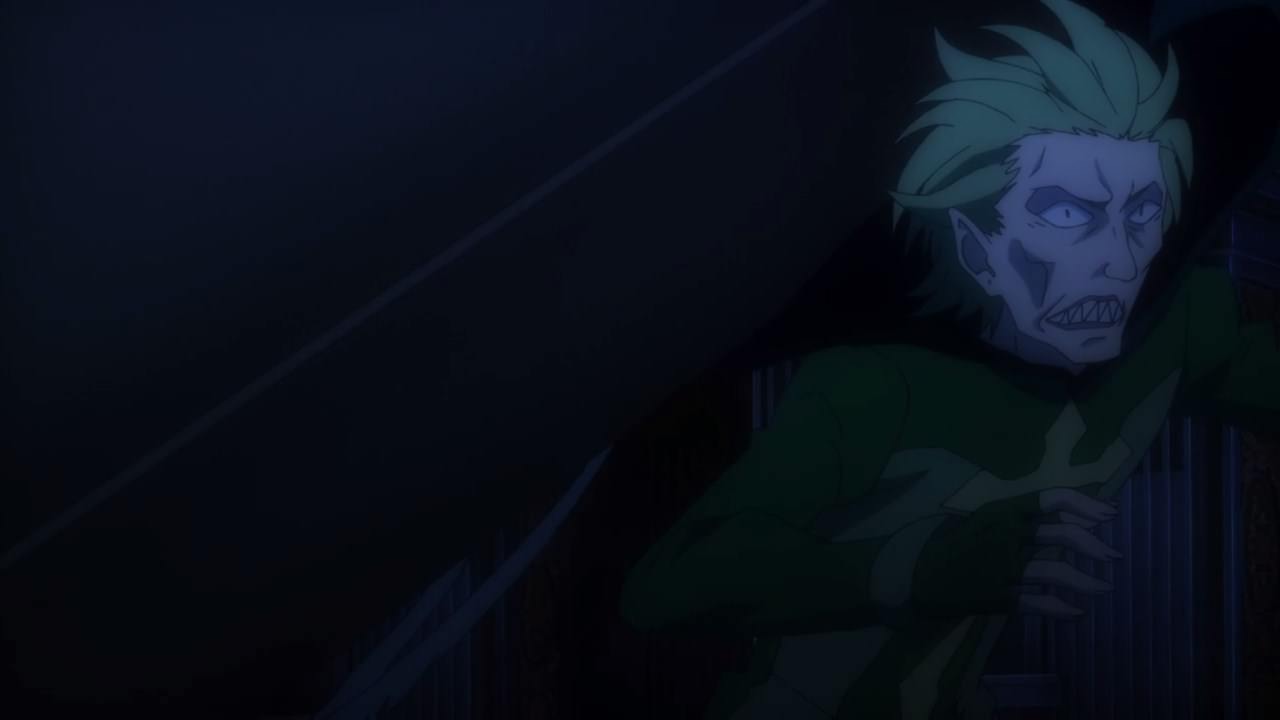 So, the only way to punish Terra is to drop a pillar on him. And by the way, the pillar that holds St. Peter’s Basilica weighs a ton and I’m sure that he can’t survive that! 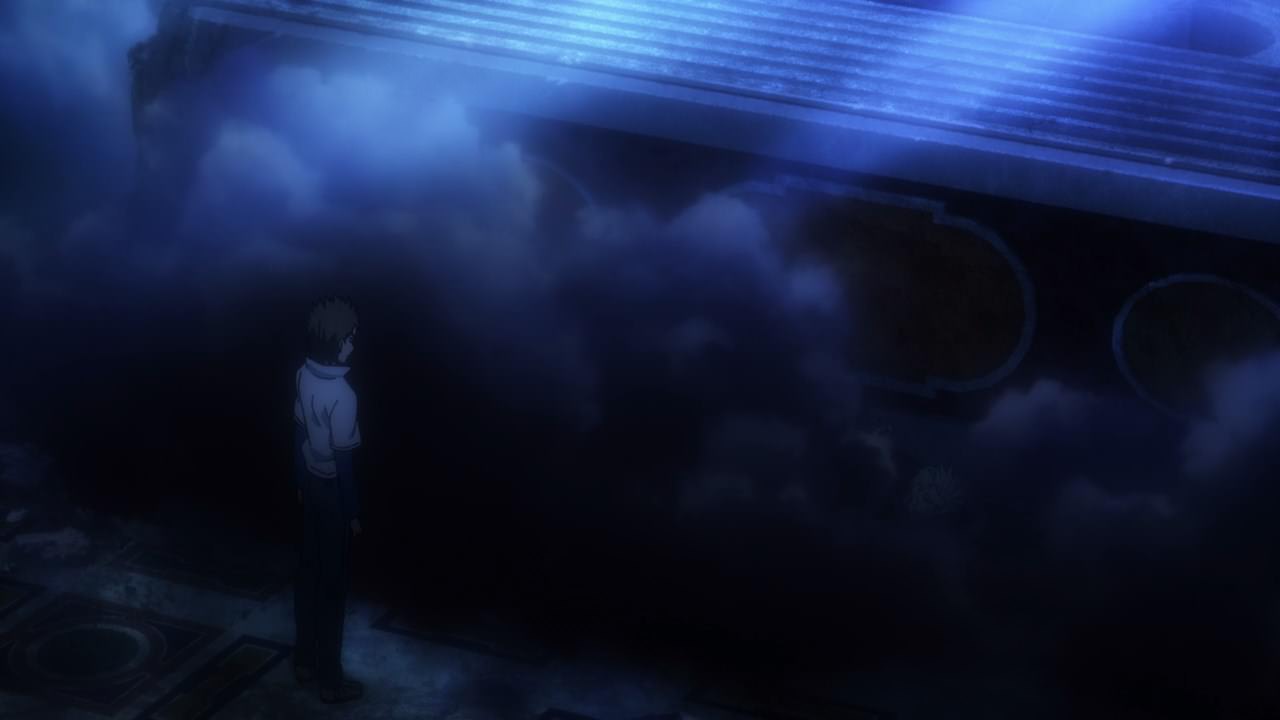 Now all that’s left from God’s Right Seat are him, Vento of the Front, and the mysterious Fiamma of the Right as they’ll have another shot of invading Academy City. 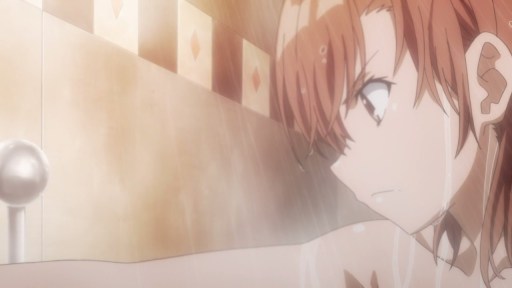 One last thing, here’s Mikoto Misaka as she learned about Touma Kamijou’s amnesia as she heard Terra’s speech on his cellphone, which he dropped it somewhere during the fight in Avignon. Yeah, Misaka is not happy!

Anyways, I’m done with this two-part episode as I’ll see you next time. But really, why is Accelerator went to France in the first place? I’m so curious!