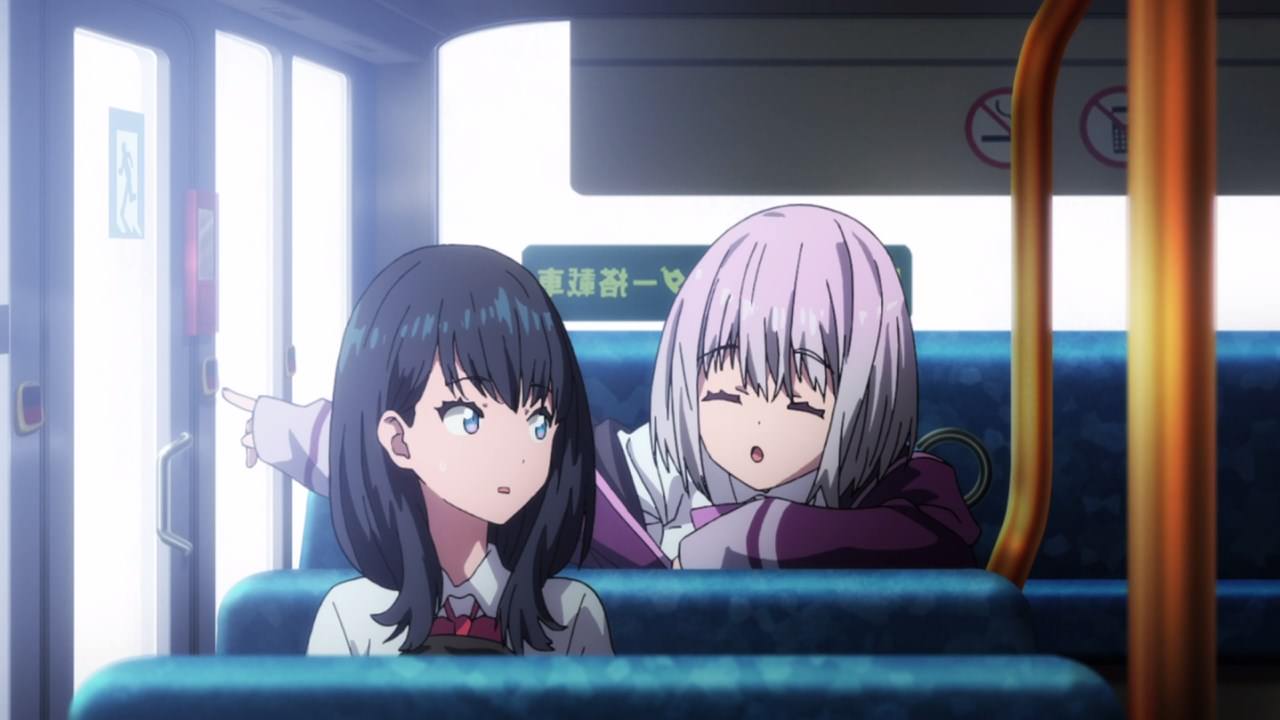 Well then, let’s move onto the next episode as we have Rikka Takarada and Akane Shinjou riding the bus together.

Little did they know is that they’re at opposite sides and really, Akane is one peculiar fellow who has the tendency to erase people that she don’t like. 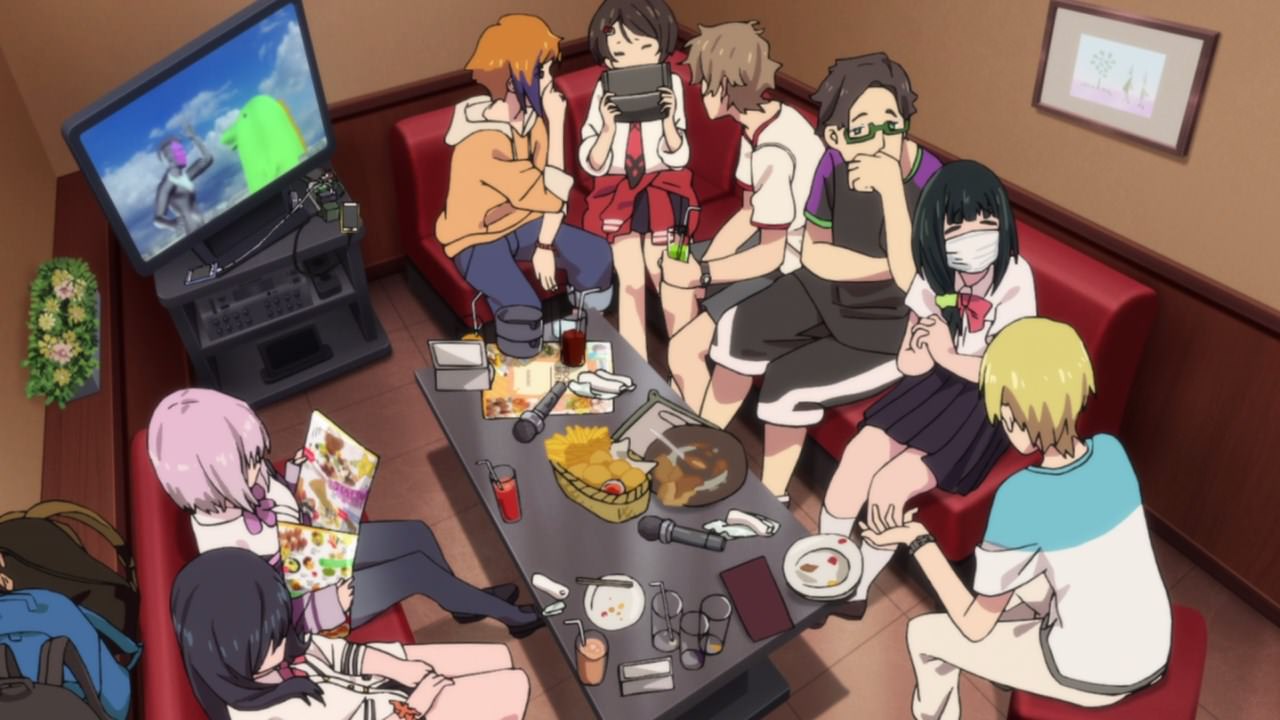 With that said, it’s time for both of them to attend a karaoke party with Hass, Namiko, and a quartet of retro game Youtubers who call themselves as Arcadia.

Basically, it’s a group date and Yuuta Hibiki is worried about Rikka dating with someone else. Ah, the tribulations of youth! 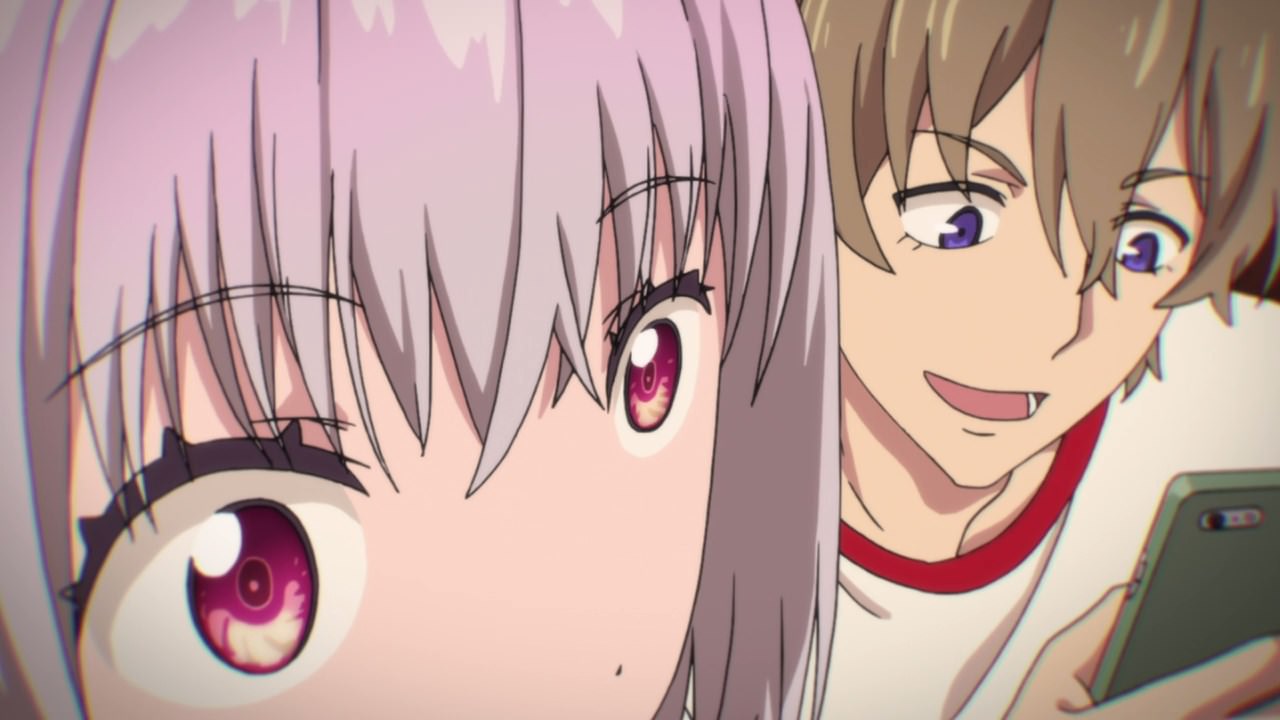 On the other hand, one of the Arcadia guys named Yamato is attempting to hit on Akane Shinjou, but it appears that she’s creeping out towards him. 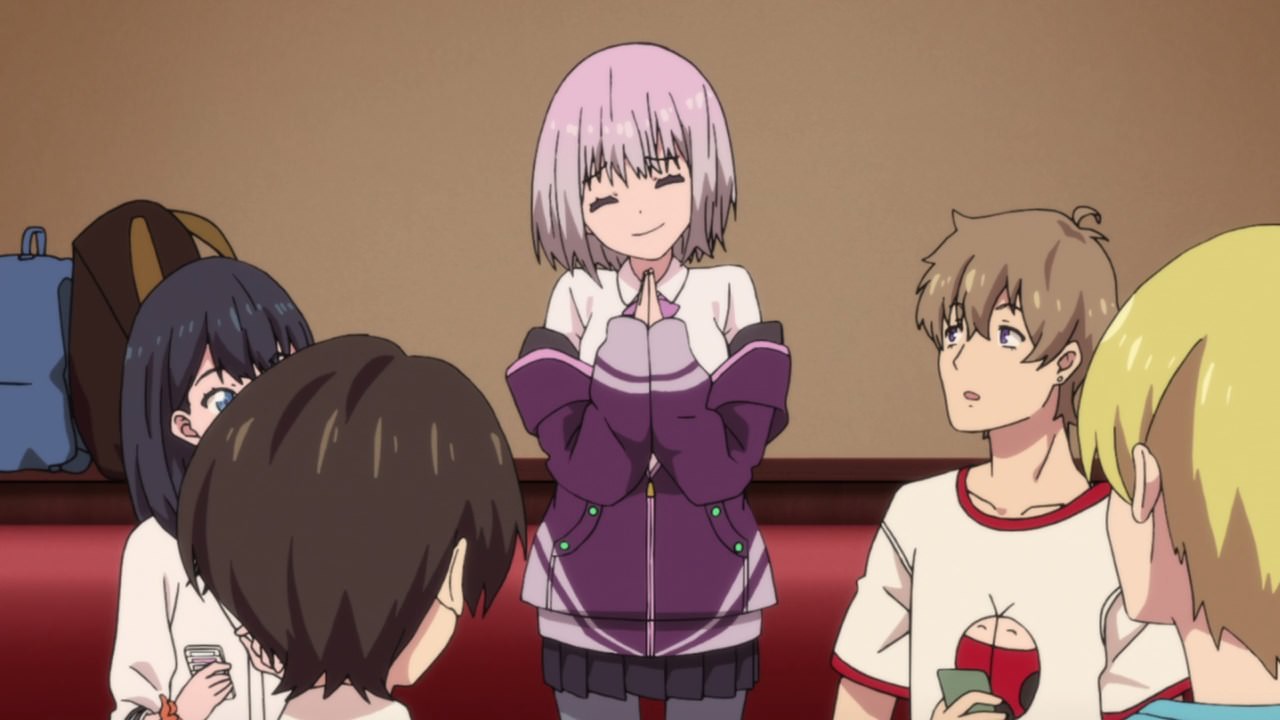 Therefore, Akane decides to leave the karaoke bar because curfew has kicked in. But the truth is that Shinjou is annoyed towards Arcadia that she wants them killed. 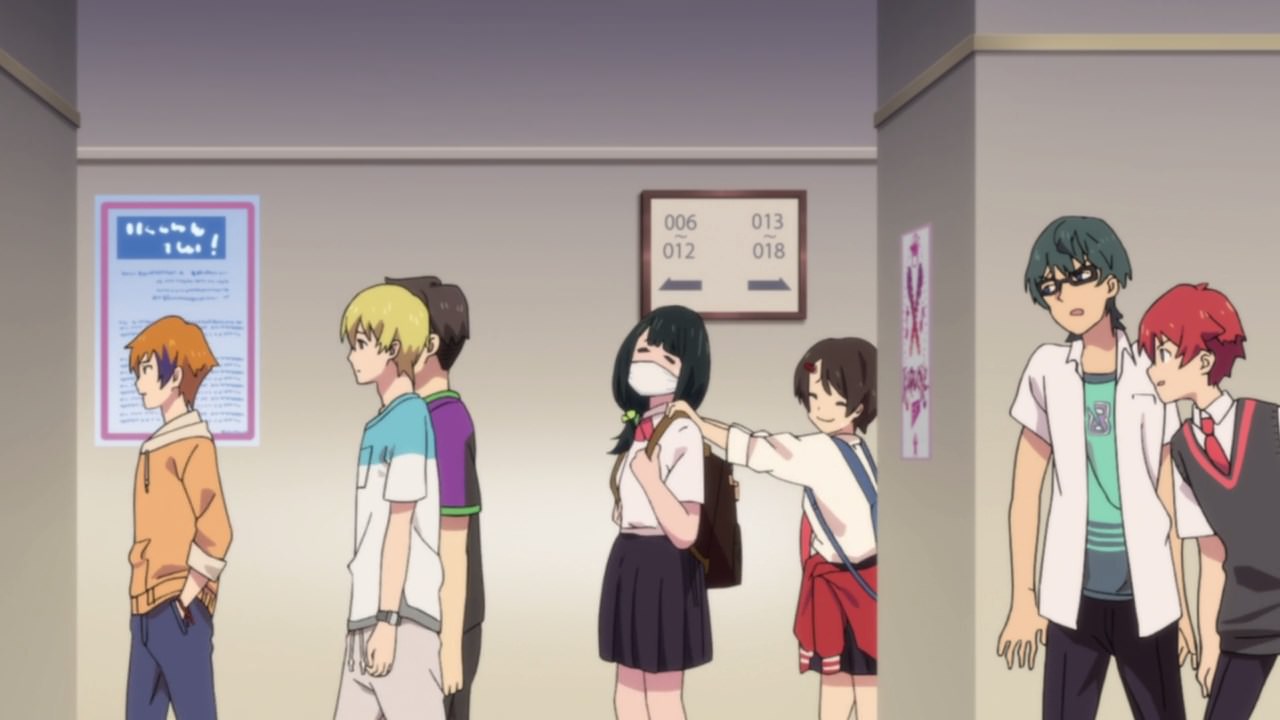 Meanwhile, both Yuuta Hibiki and Shou Utsumi are at the karaoke bar and while they saw Rikka, seems that both Yuuta and Shou didn’t saw Akane as she left earlier.

And speaking of Shou Utsumi, gotta say that he’s infatuated with Akane Shinjou. 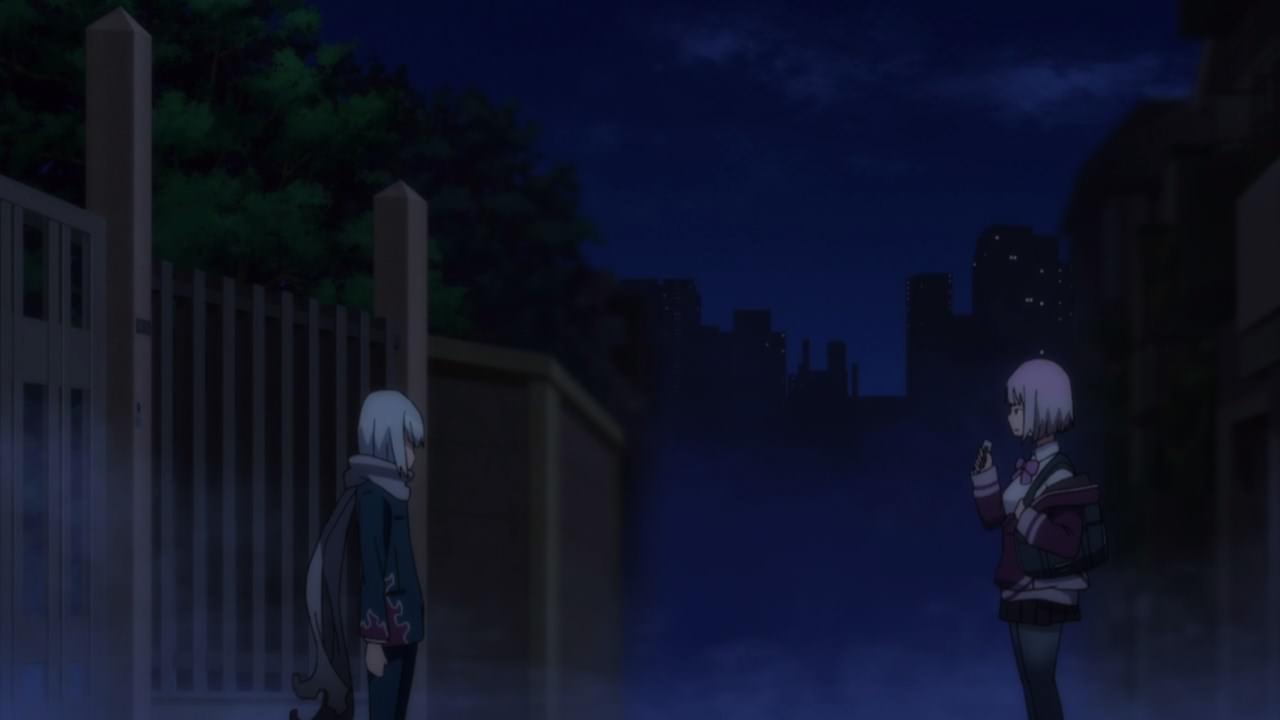 Now let’s talk about Akane as she returned to her mansion, only to see Anti where she ordered him to kill those dudes that harassed her.

The problem is that Anti is a special human/kaiju hybrid whose sole purpose is to defeat Gridman, not to kill others. 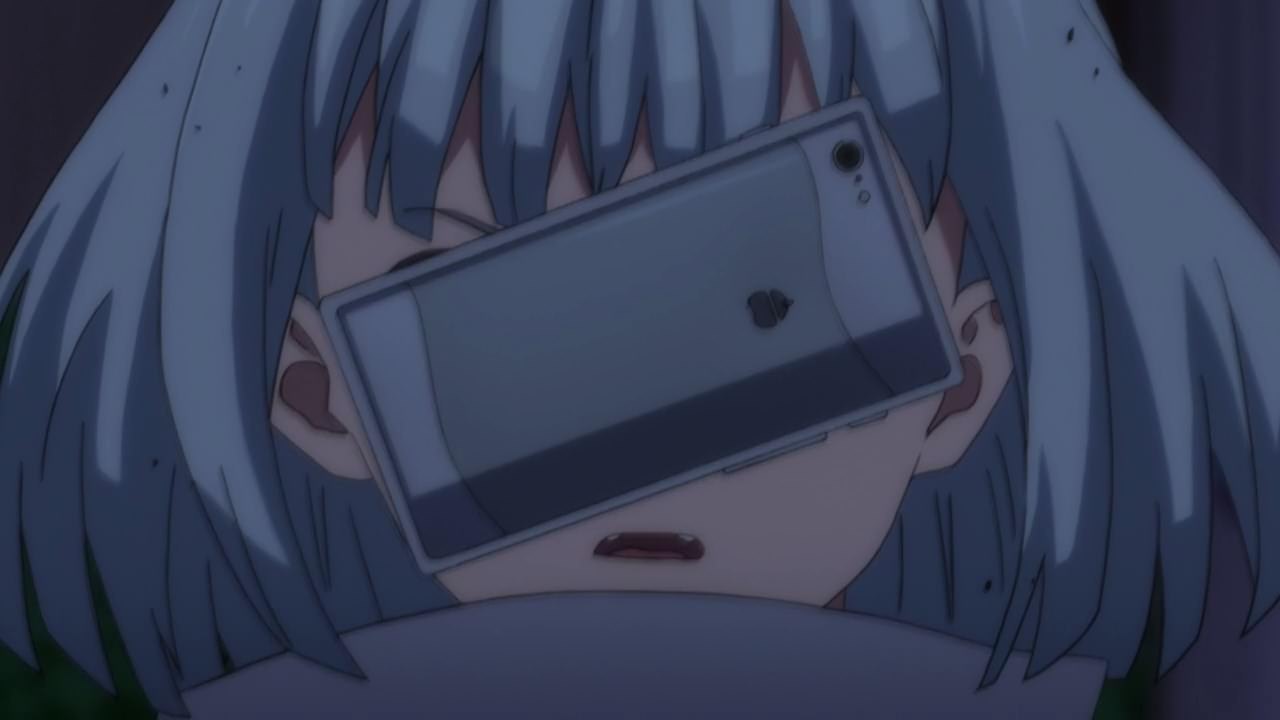 And because of this, Akane Shinjou got angry at Anti that she throws her cellphone at him. Damn, that was horrible coming from Akane. What a bitch! 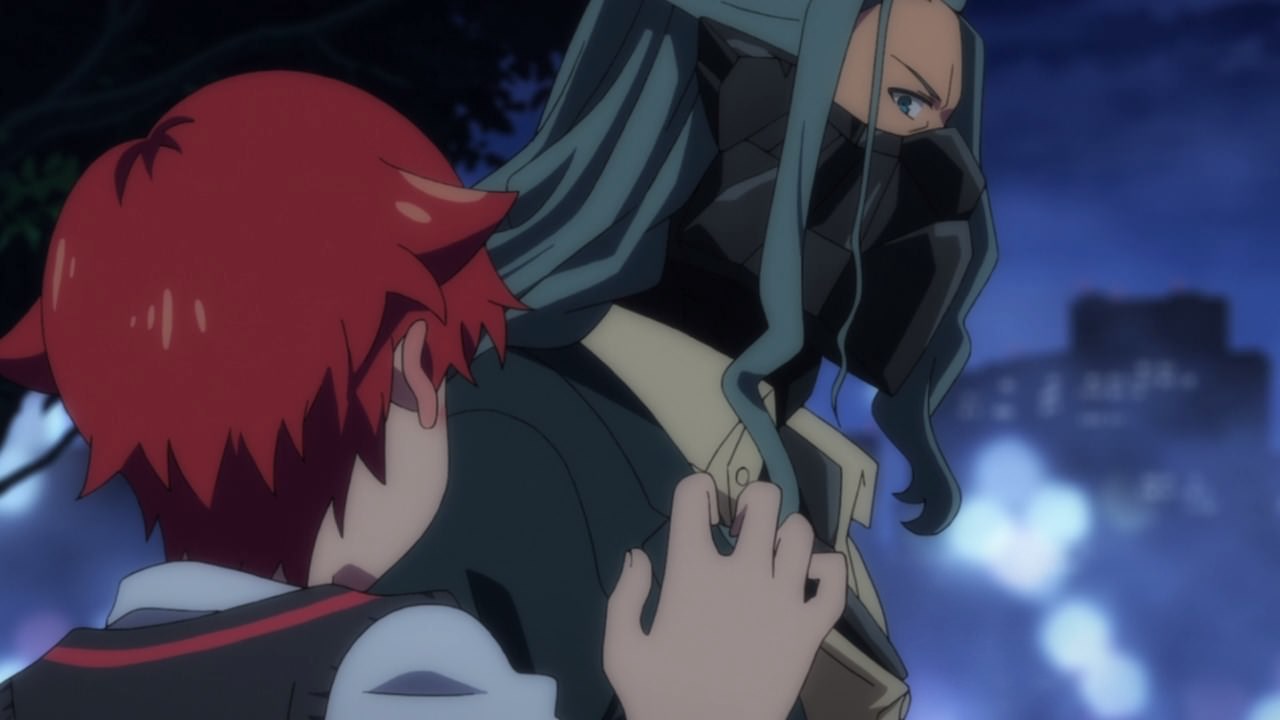 Meanwhile, here’s Yuuta Hibiki as he’s having trouble dealing with Rikka Takarada, especially when it comes to intimate relationship.

Heck, even Max asks Yuuta if he’s in love with Rikka. But you know what, they only thing they should worry about is people disappearing forever. 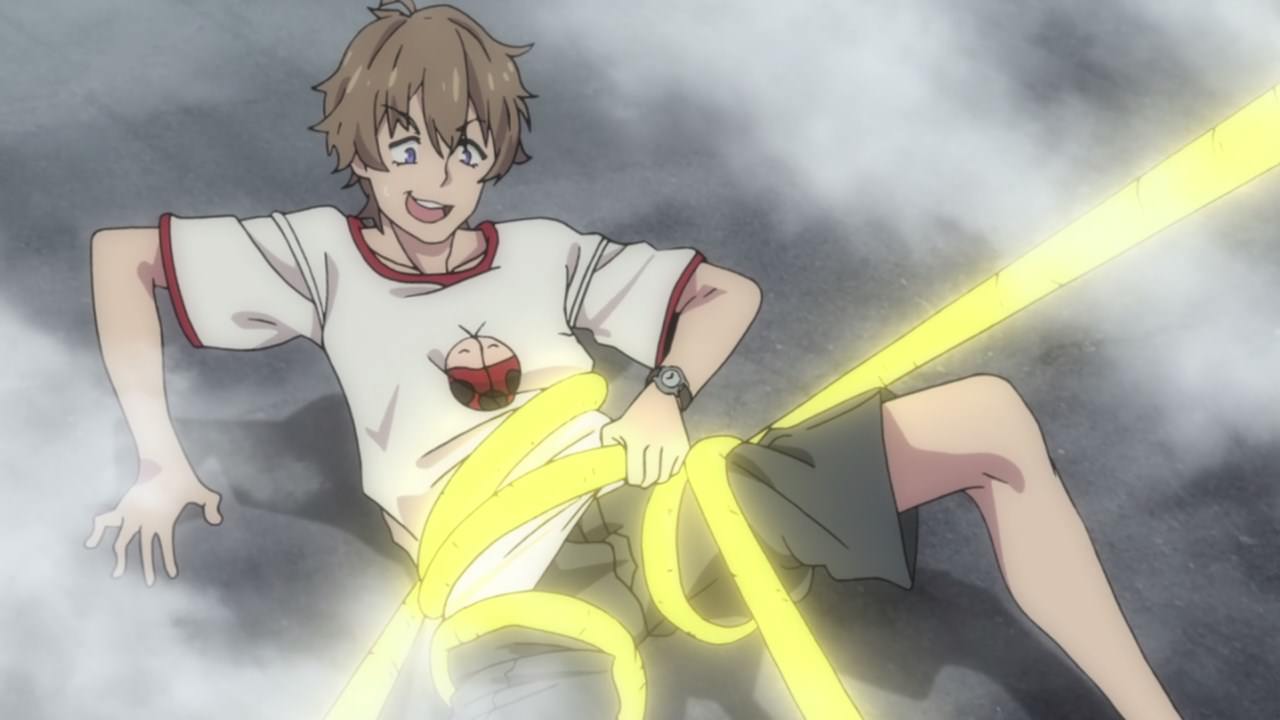 In fact, we have Yamato who got attacked by this episode’s kaiju. Um dude, you should run away whatever you can or you’ll be gone forever! 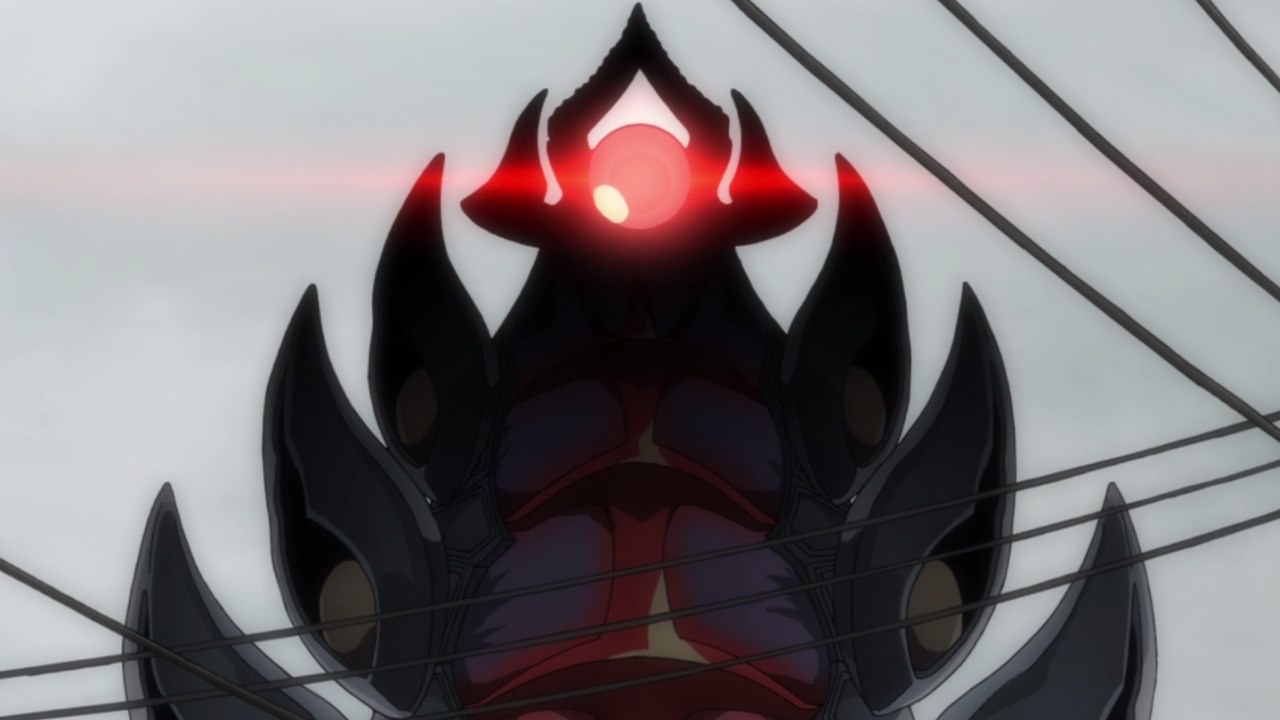 Anyways, this monster is responsible for killing Yamato’s friends and he’s next on the list. 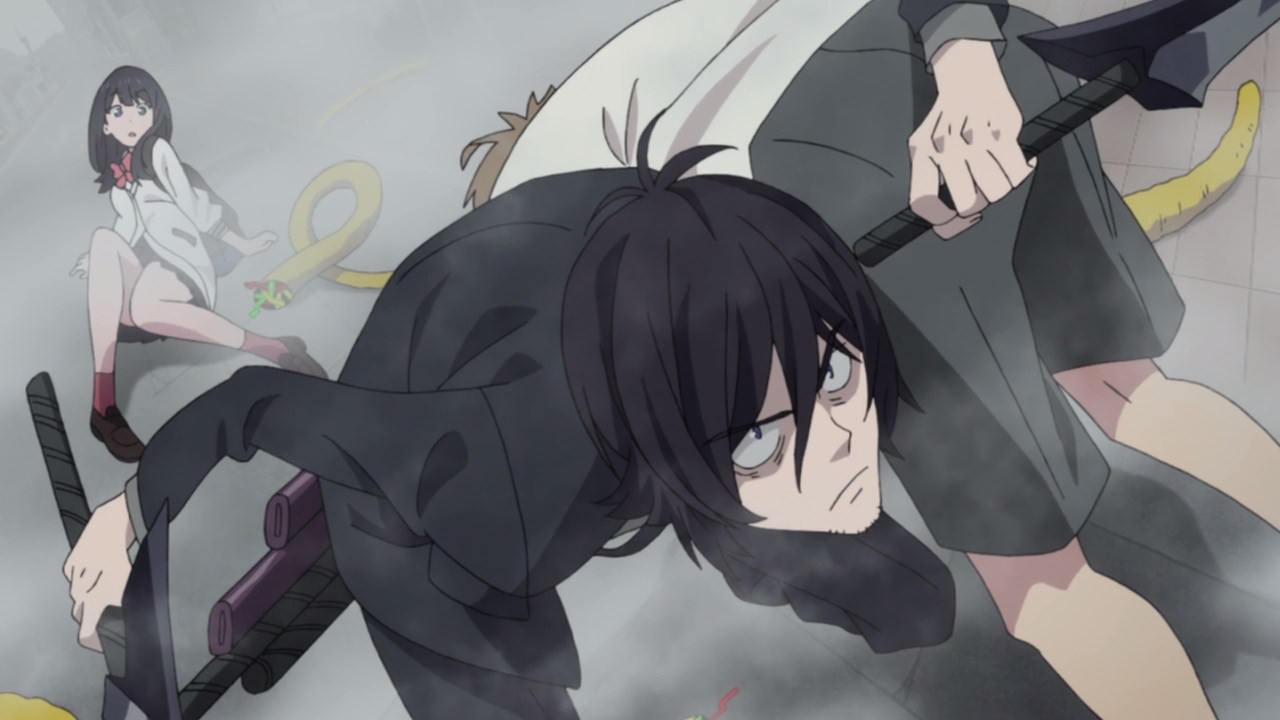 Fortunately, Yamato was saved by Samurai Calibur just in time. However, he can’t defeat this kaiju by himself. 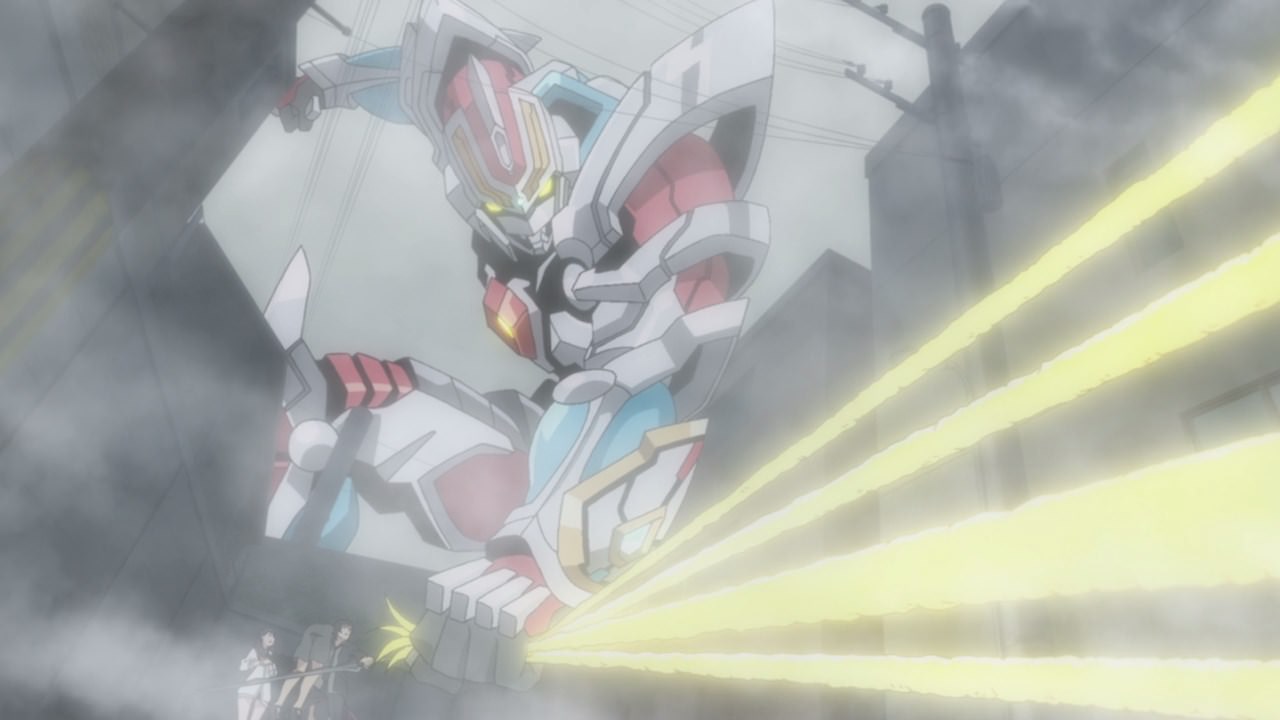 Therefore, it’s up to Gridman to stop this kaiju from causing more harm in Tsutsujidai. 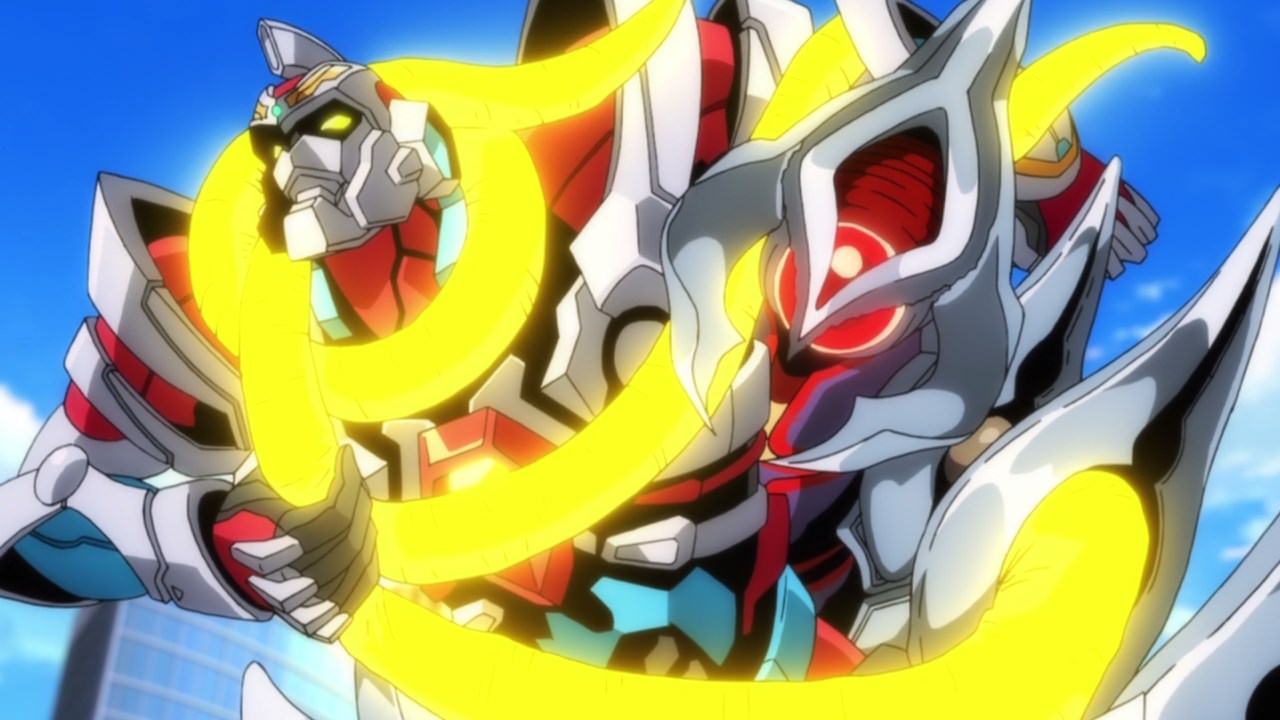 Unfortunately, even the hyper agent couldn’t beat this kaiju as it got stronger thanks to Akane Shinjou and Alexis Kerib. 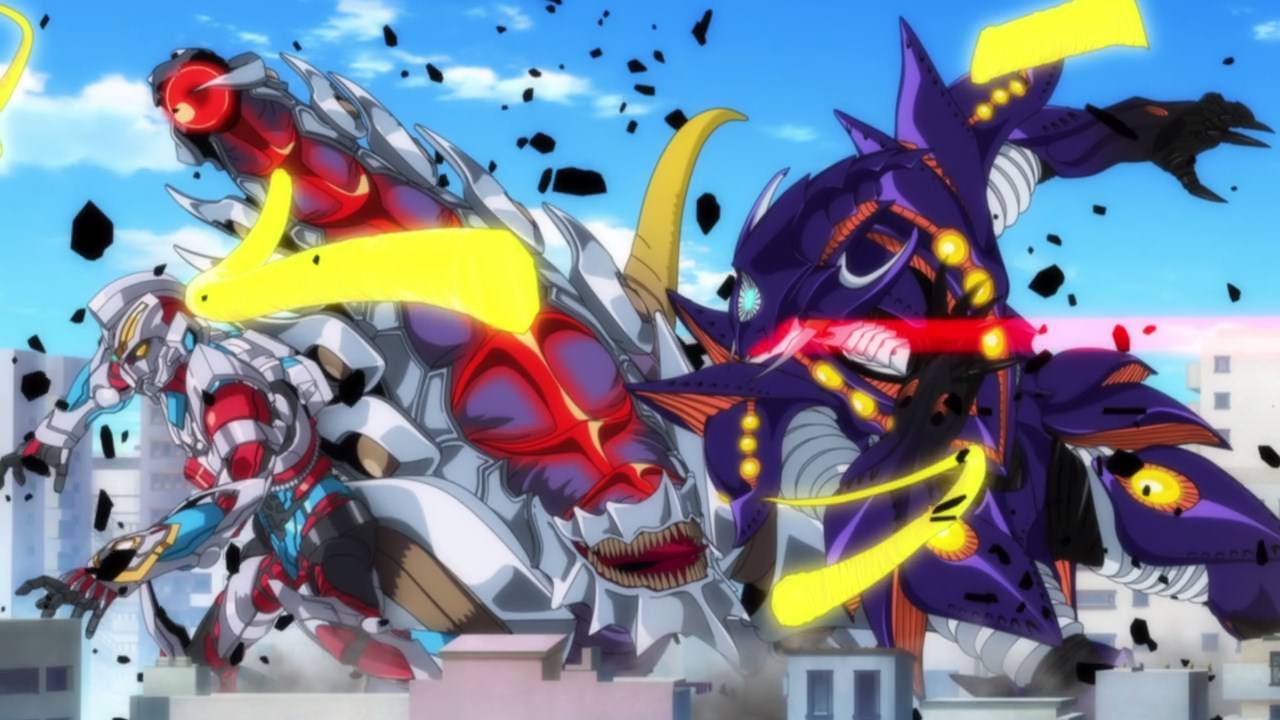 Even worse is that Anti has arrived to beat Gridman as usual. Oh, and he took Akane’s creations down because it’s a nuisance for Anti. 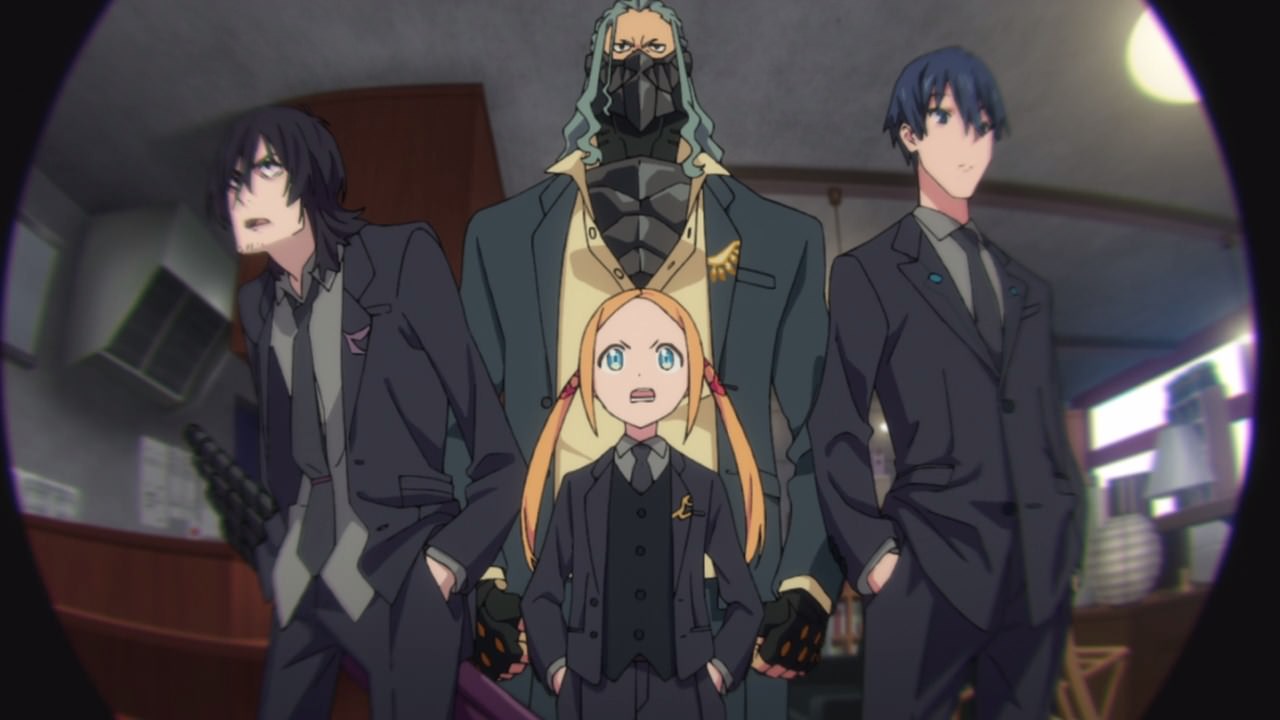 So with both monsters ganging-up on Gridman, it’s time for these guys to lend him a hand as they go together and become Assist Weapons. That’s right, all 4 of them! 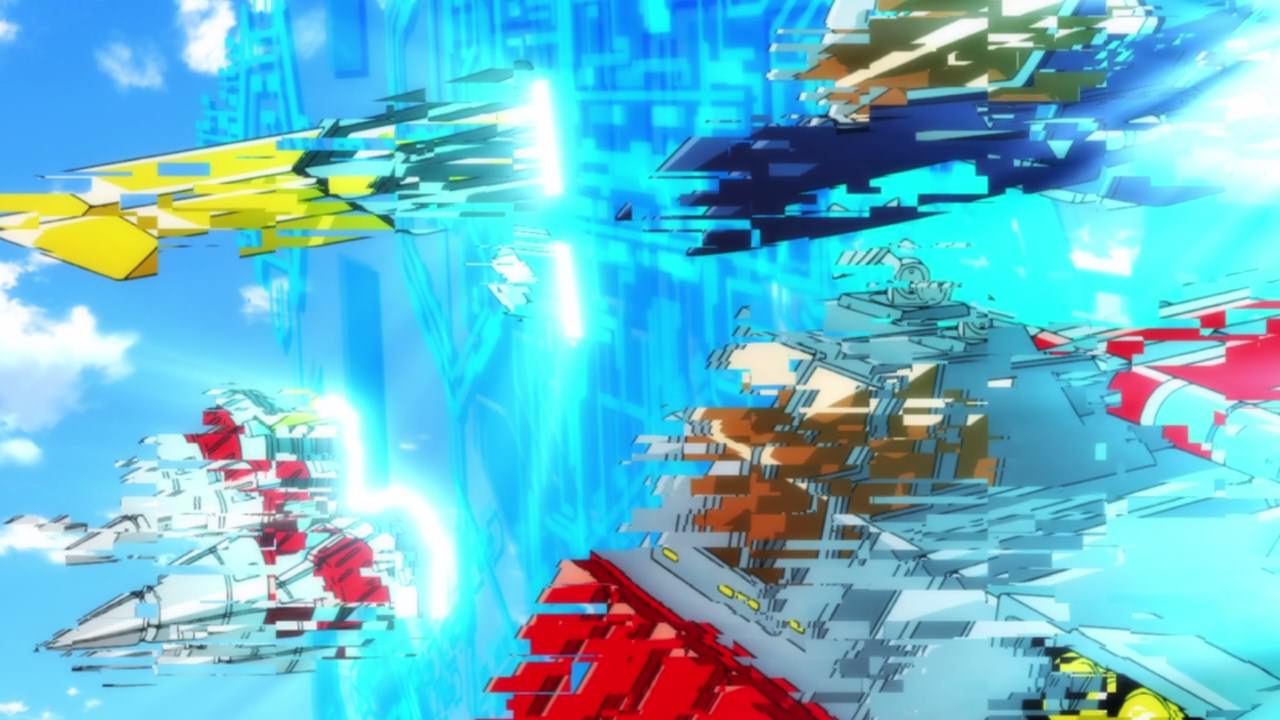 However, it turns out that Junk couldn’t handle all 4 Assist Weapons plus Gridman at the same time. Man, Samurai Calibur should have upgraded the CPU and installed a discreet graphics card! 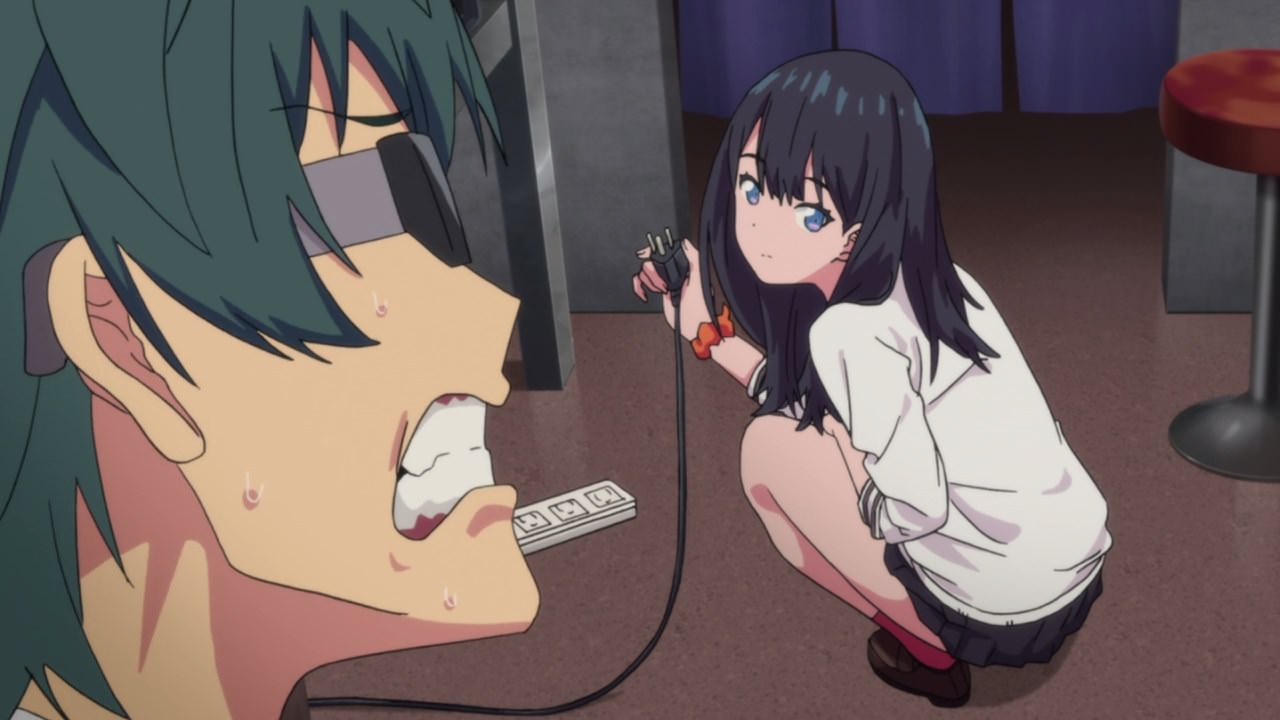 But you know what, the only way to solve the freezing problem is to pull the plug and put it back again as Rikka Takarada did it, much to Shou Utsumi’s annoyance as he fears that they might not return again. 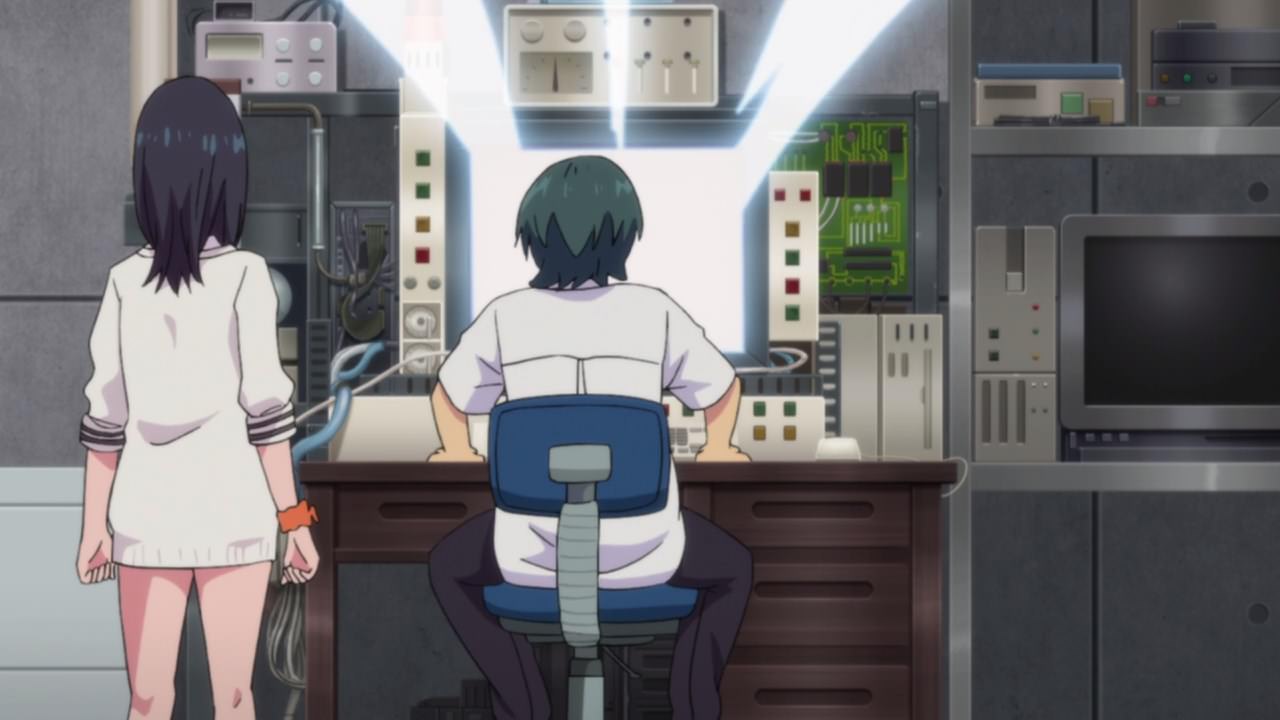 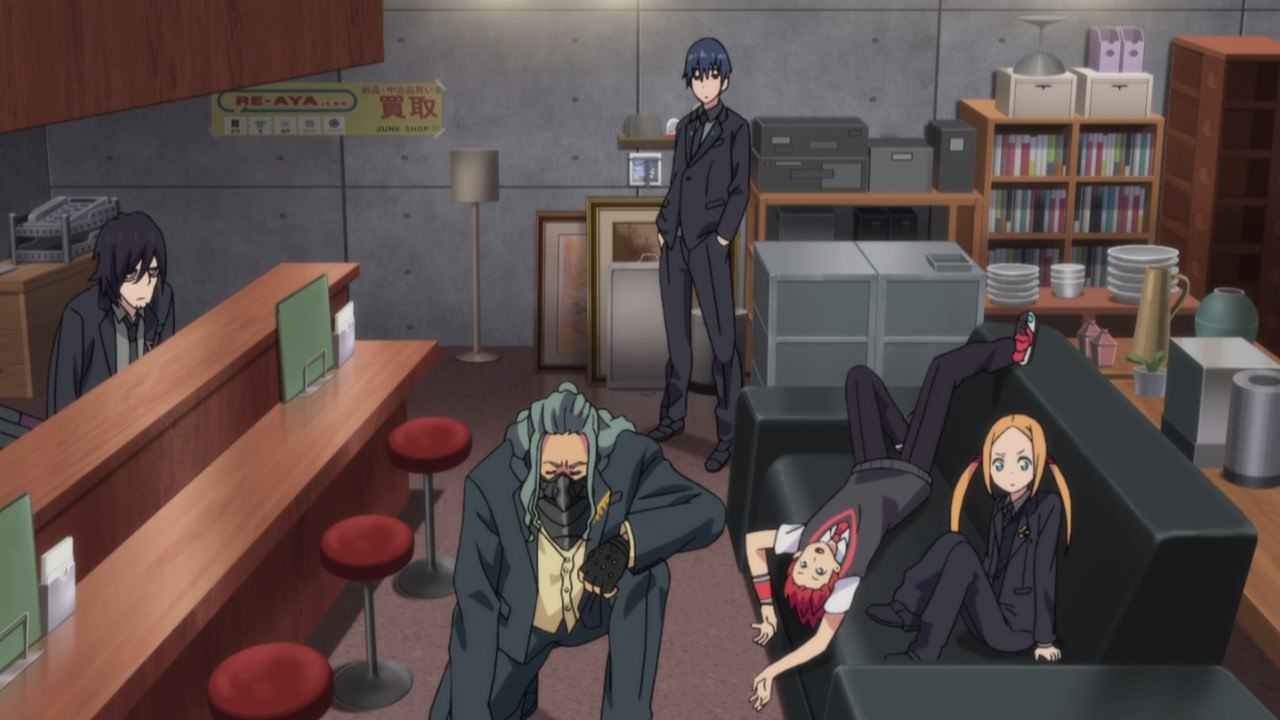 Then again, seems that Yuuta Hibiki and the rest of Neon Genesis Junior High School are back safe and sound.

Of course, I think Gridman needs one assist weapon for the time being in order to defeat both monsters. 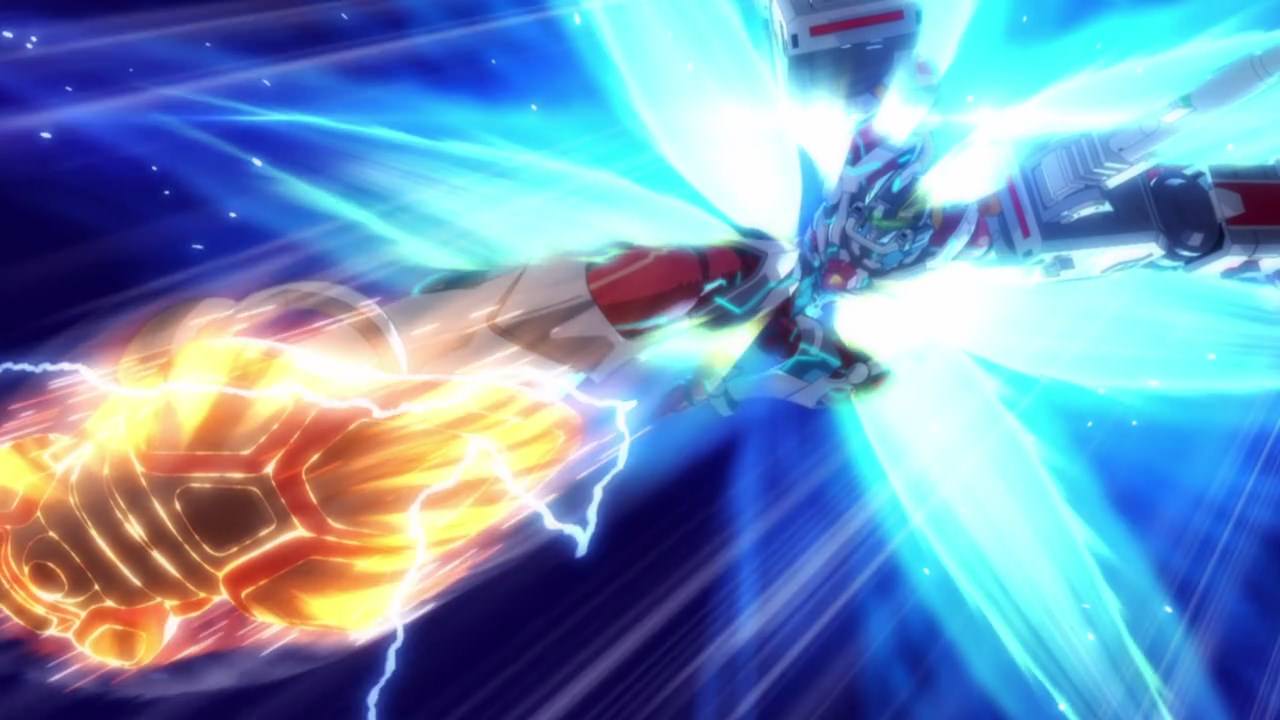 With that said, Gridman and Max merged to become Max Gridman and delivered another powerful attack called Chou Dengeki Kick! 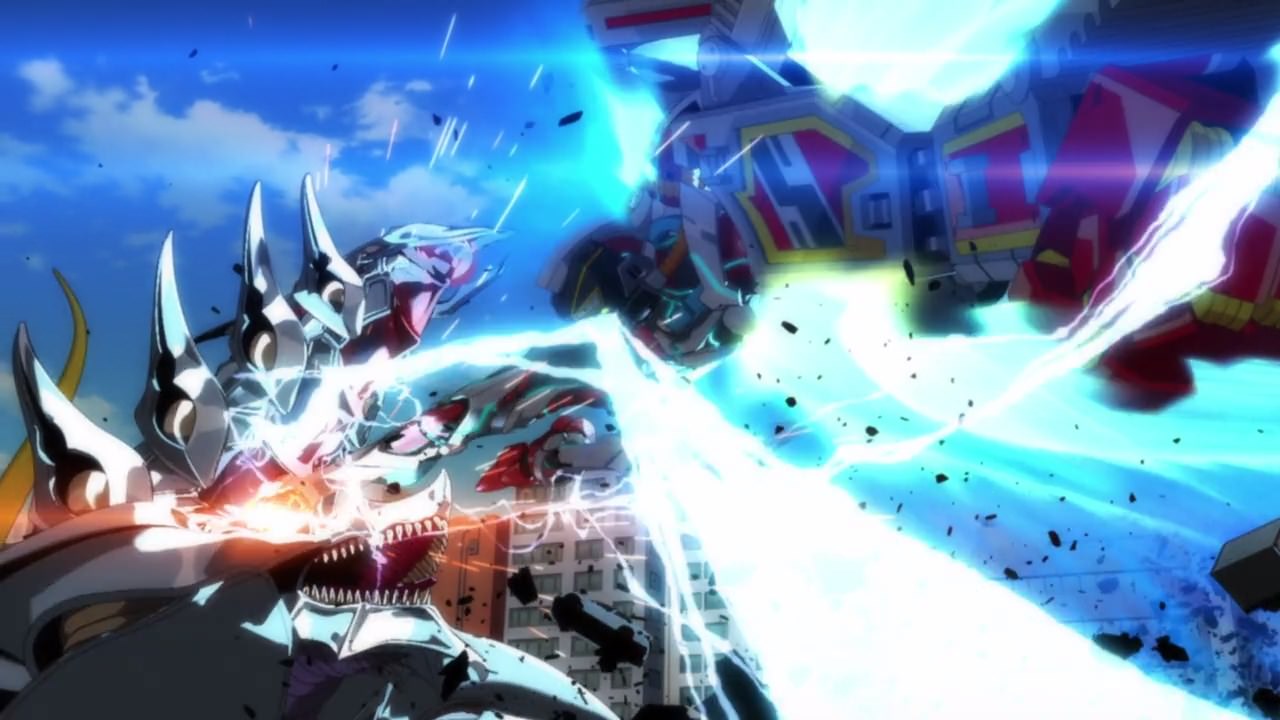 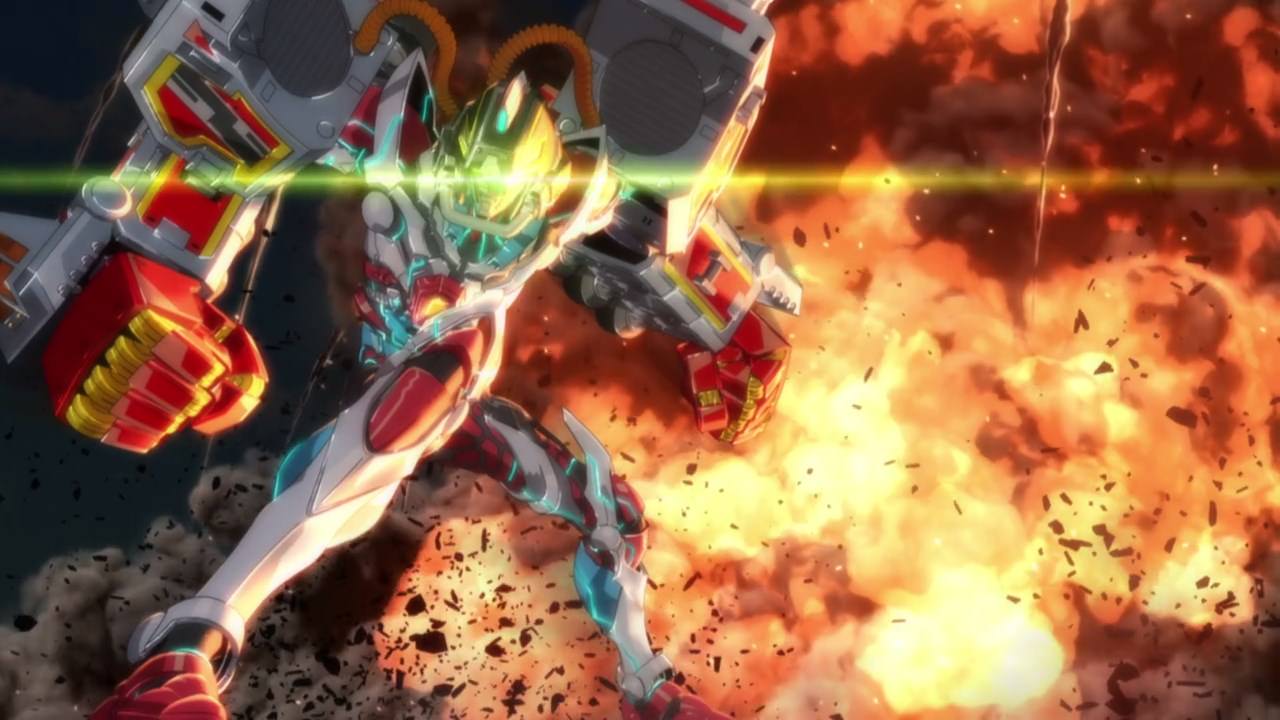 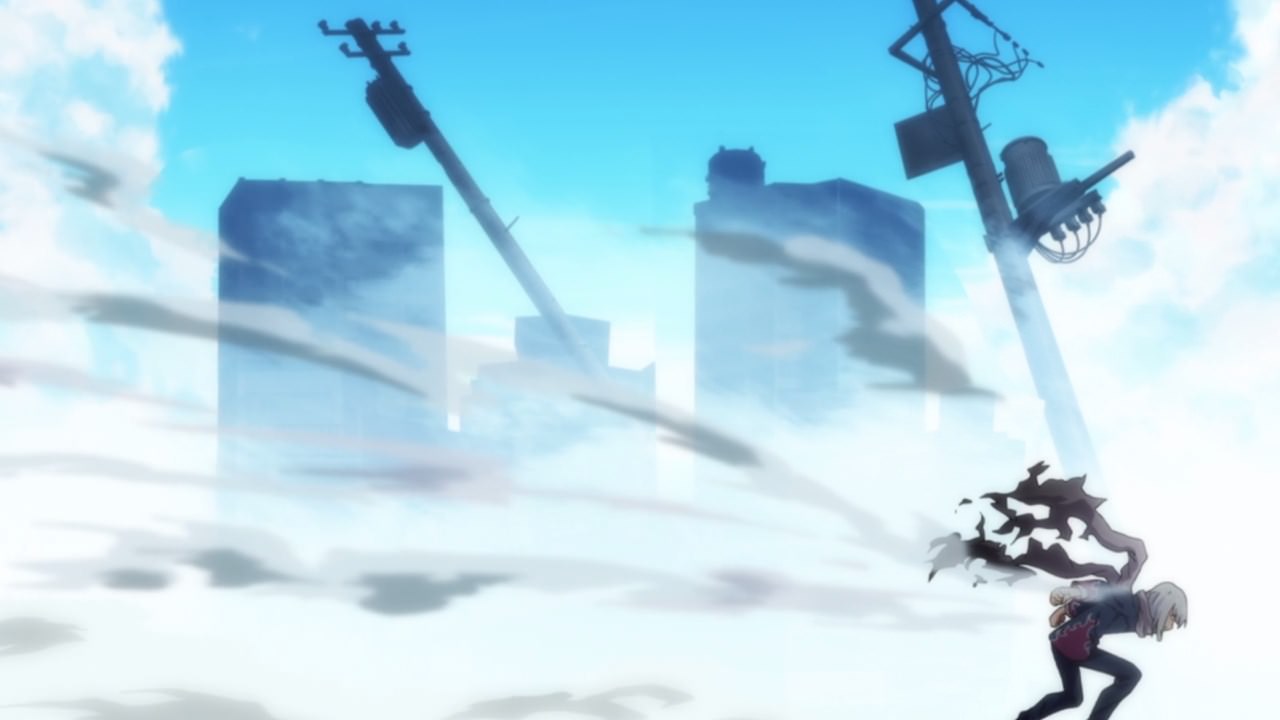 And as for Anti however, looks like he lost his chance to defeat Gridman if it wasn’t for that kaiju.

Then again, Akane will get angry at him for ruining her plans on punishing others for petty reasons. 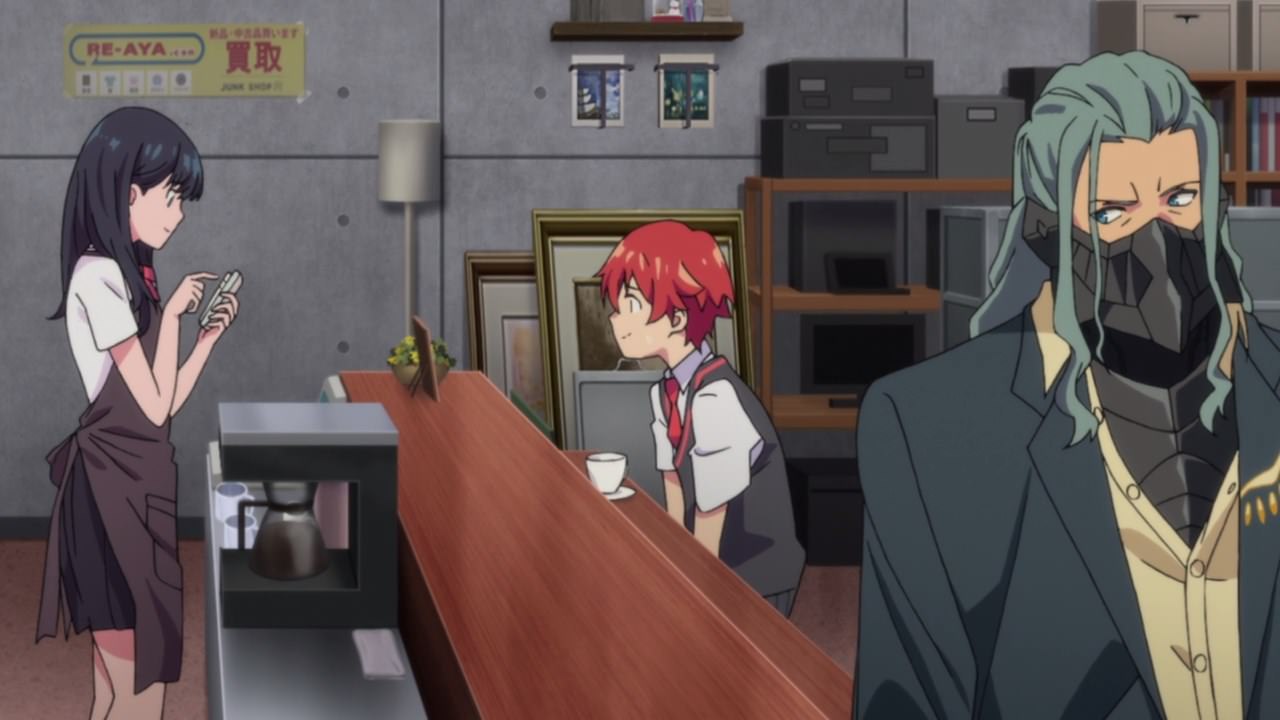 Meanwhile, both Rikka Takarada and Yuuta Hibiki are doing fine as friends for the time being. Gotta say that it’s a bit awkward to see their interaction that Max seems to agree about it. Ah, the tribulations of youth!

Well then, I’m done with Episode 4 of SSSS.GRIDMAN as I’ll see you next time. Of course, I feel that Akane needs some help or Alexis will do something horrible to her.