Posted on November 2, 2018 by benigmatica 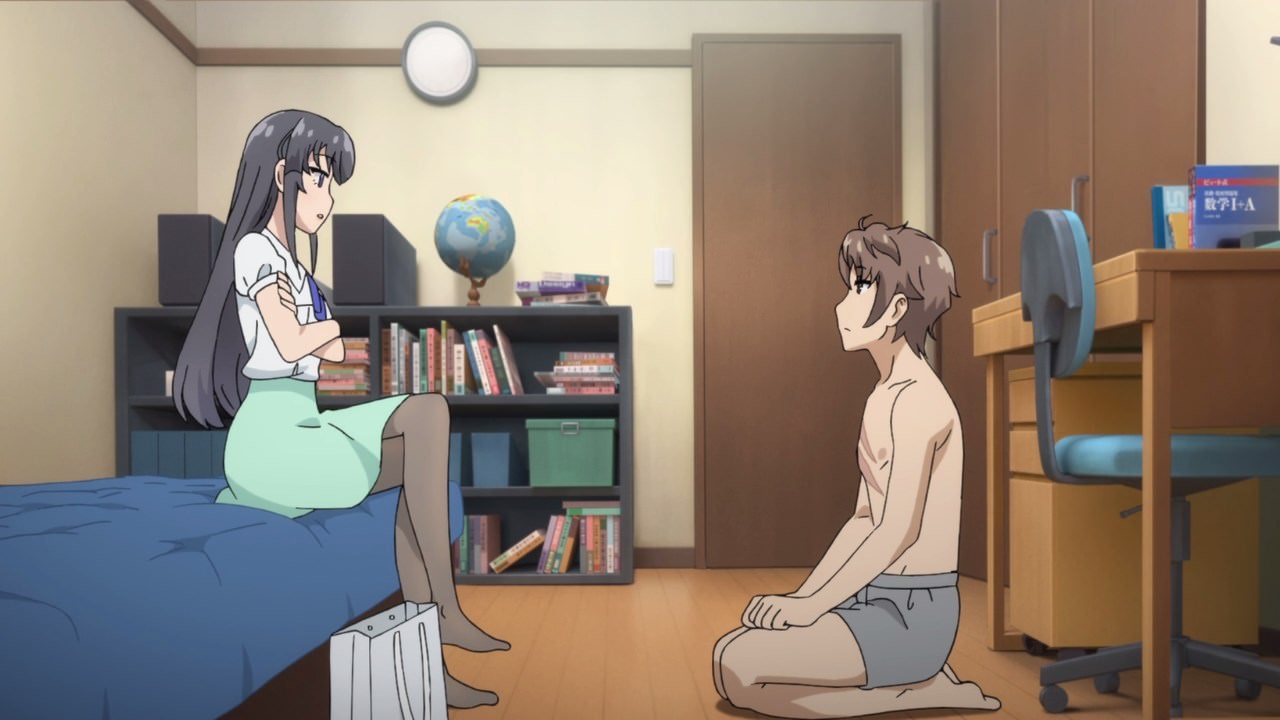 Oh look, it’s Mai Sakurajima as she visited the Azusagawa residence to scold Sakuta for his debauchery, despite the fact that they’re not dating yet.

Gotta say that she didn’t flat-out dump and ignore him forever ’cause that’ll be a bad end there! 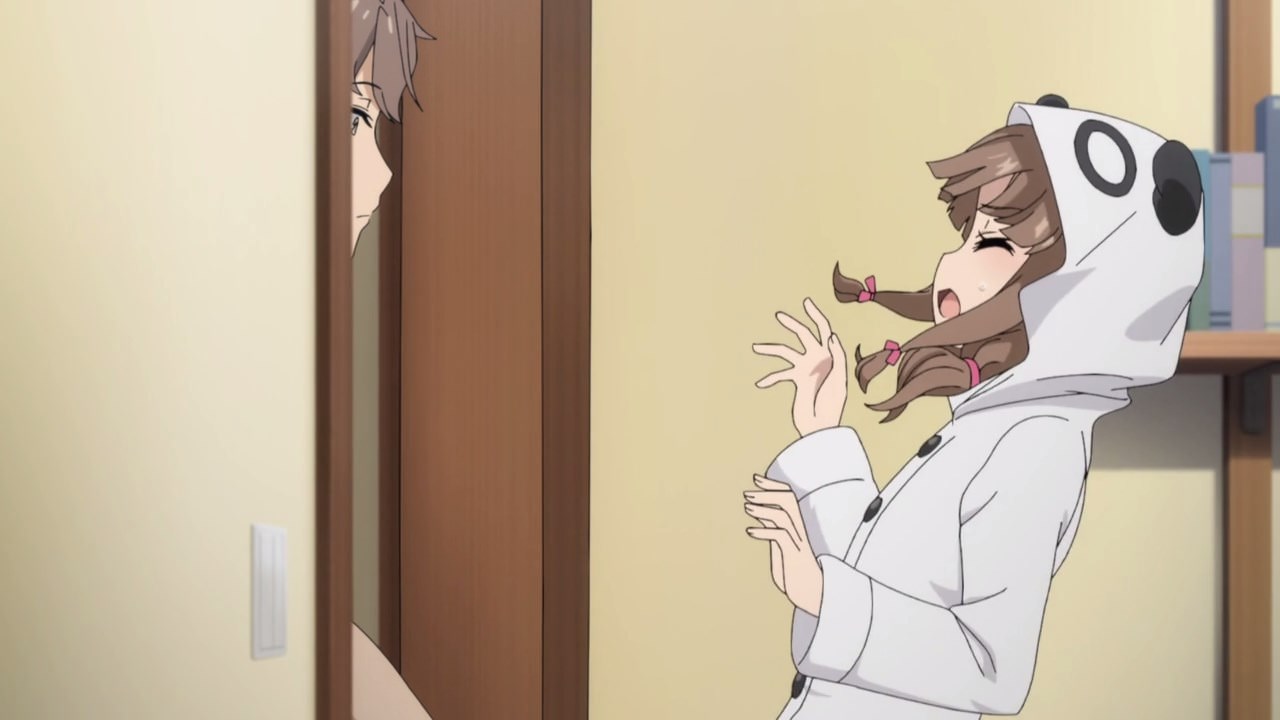 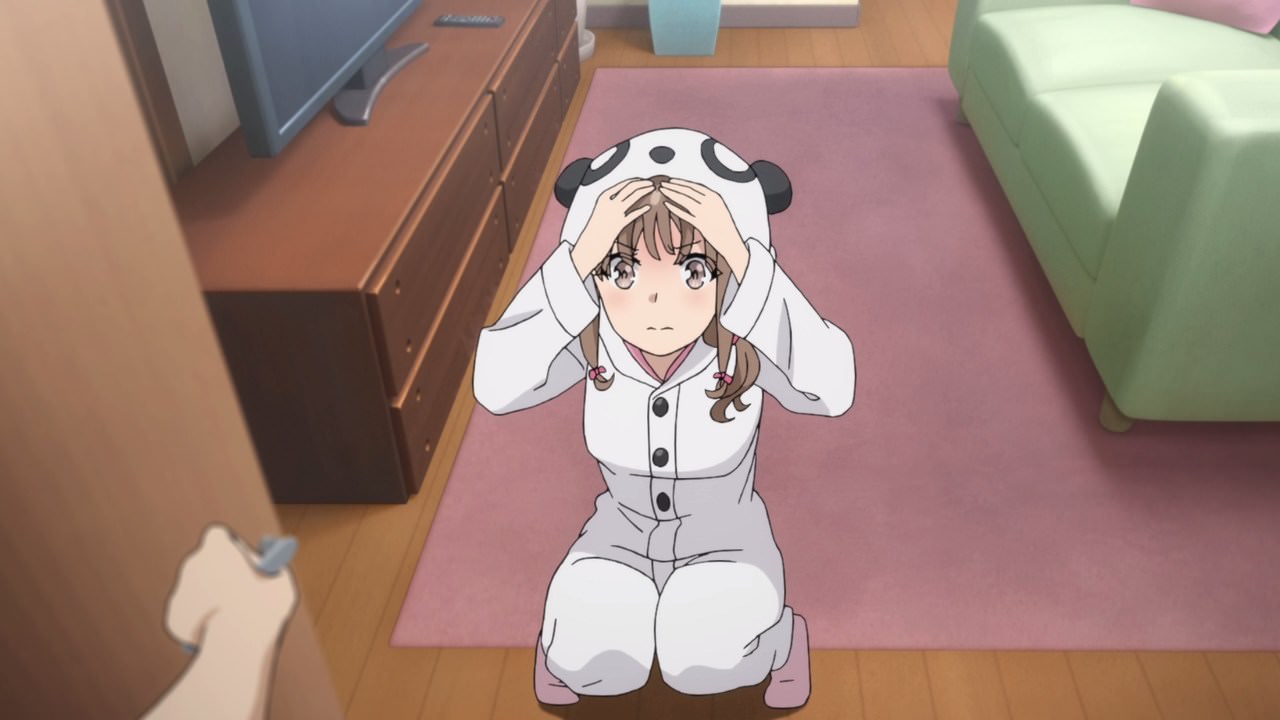 On the other hand, here’s Kaede Azusagawa where she’s eavesdropping on their conversation until Sakuta bump into his sister.

By the way, Kaede won’t get out of her apartment and attend school simply because of her Puberty Syndrome where she’ll get indirectly bullied again. The outside world is scary, y’know! 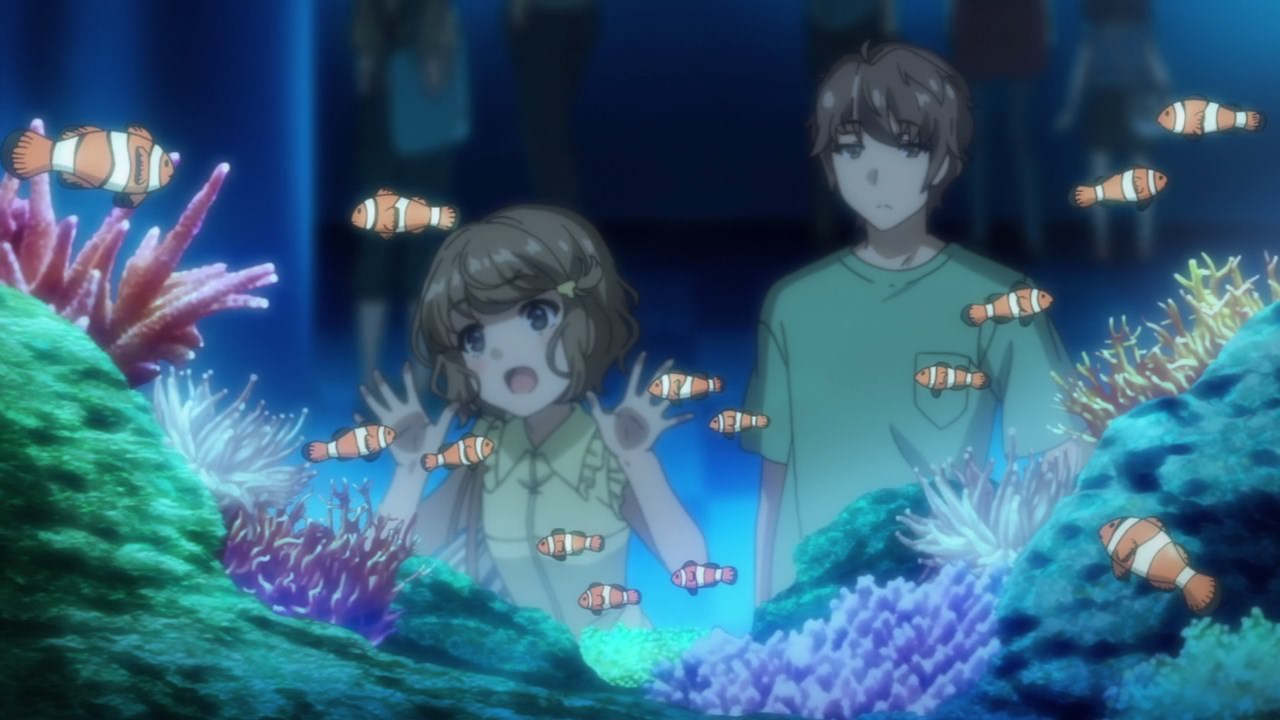 Anyways, let’s move onto Sakuta Azusagawa’s date with Tomoe Koga and I have to say that they’re doing great so far.

On the other hand, let’s talk more about Tomoe as it turns out that she came from Fukuoka and being a country bumpkin is not good when living in Tokyo, so Koga changed herself to get into city folk. Then again, she’s too embarrass to meet new friends and sometimes didn’t have the courage to say no.

Fortunately, Tomoe Koga managed to get out from Maezawa-sempai’s grasp as Sakuta learned from Yuuma that he’s a two-timing asshole who has multiple girlfriends left and right. Gotta say that being the basketball jock of Minegahara High School is bad because he can do whatever he wants! 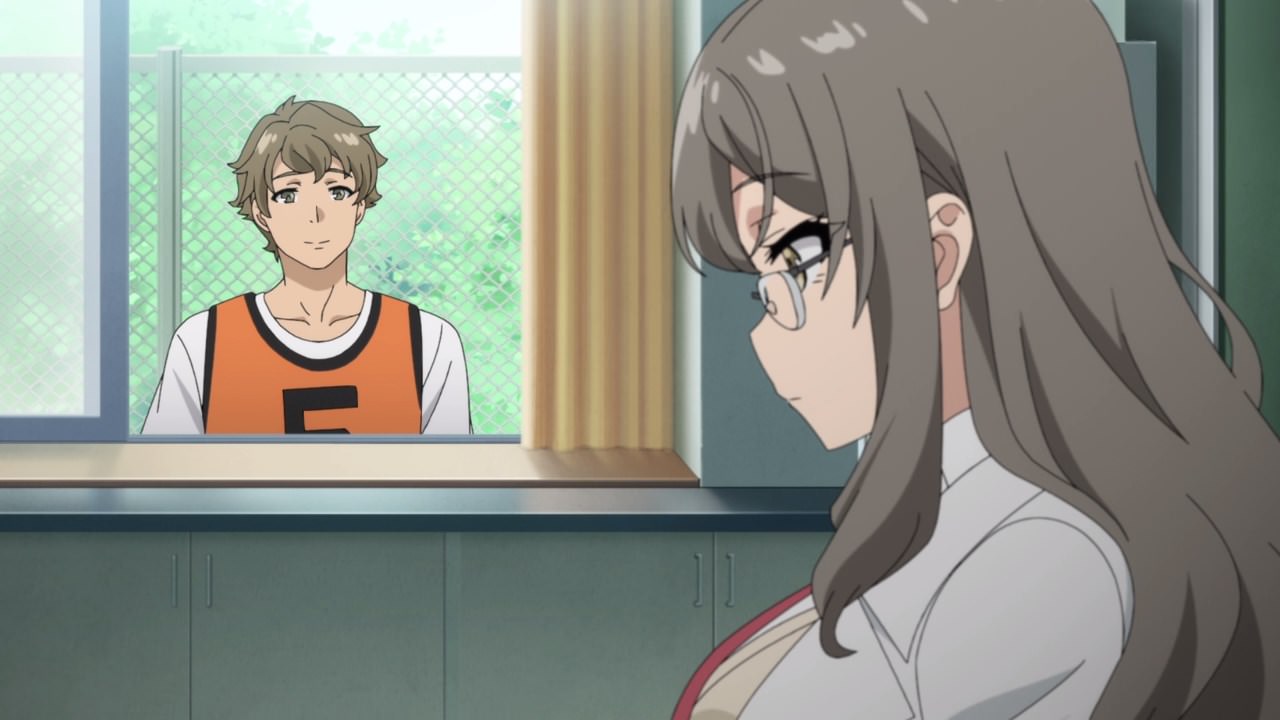 Speaking of Yuuma Kunimi, he’s hanging out with Rio Futaba and I have to say that Rio has some hidden feelings for Yuuma-kun, even if he’s dating with someone else. 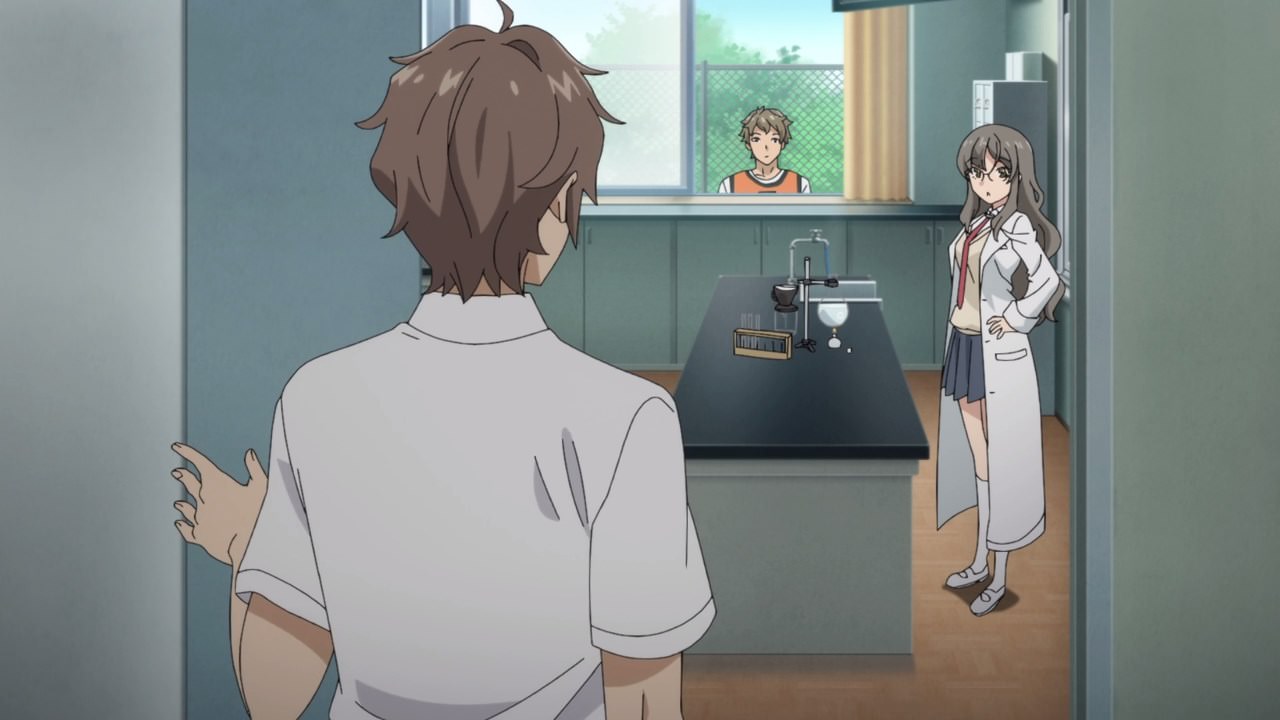 And then, there’s Sakuta Azusagawa who just walked in but decided to turn back because it would be awkward for him to act as a third wheel between Yuuma Kunimi and Rio Futaba.

I mean, he knows that Rio is in love with Yuuma, but she can’t express it because Futaba might have Puberty Syndrome… or maybe she already has it. 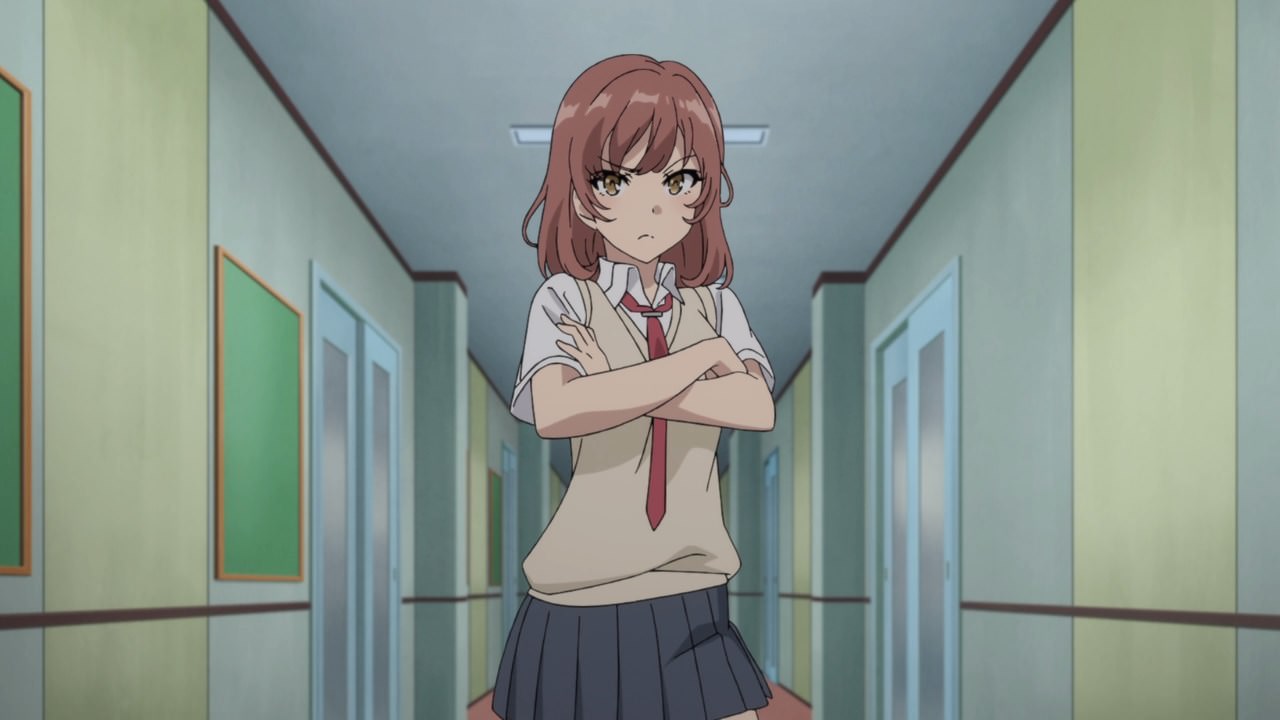 Also, he needs to stay away from Yuuma’s clingy girlfriend Saki Kamisato who warned Sakuta not to get close to Kunimi. See, she means business! 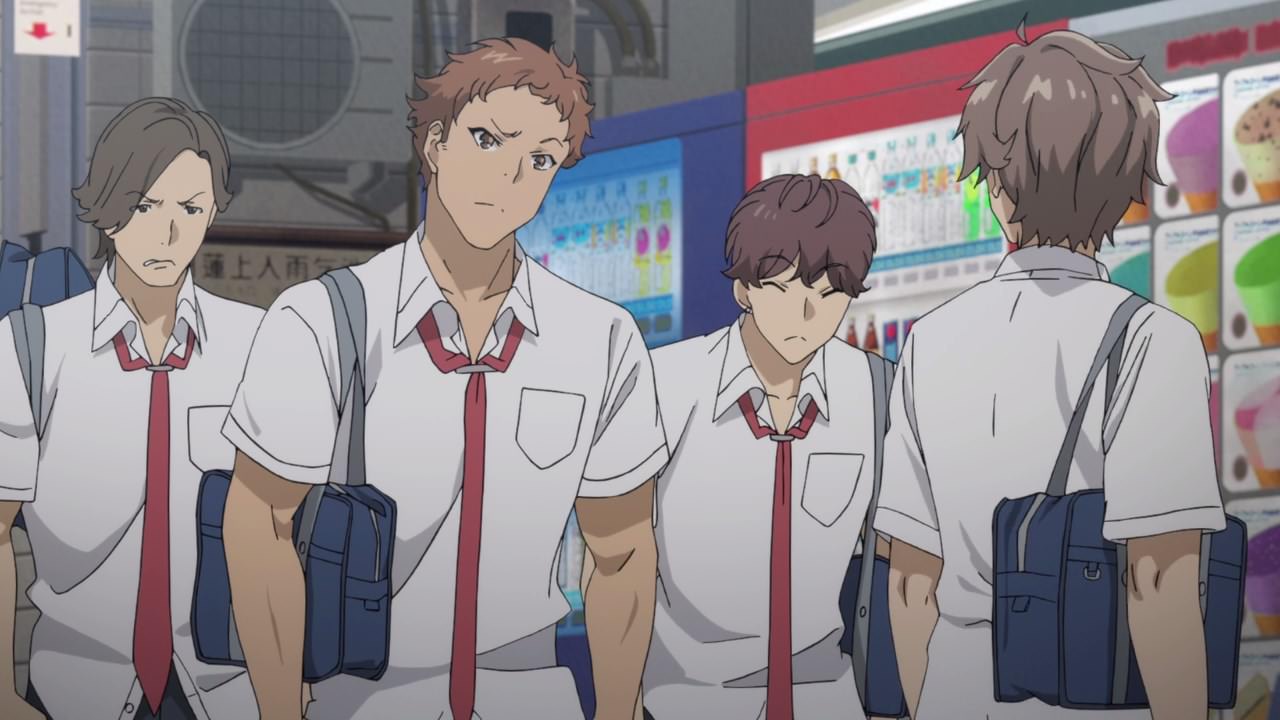 One last thing, here’s Yousuke Maezawa and this chad is really in a bad mood after last week’s episode when his prey got stolen by a virgin Sakuta! 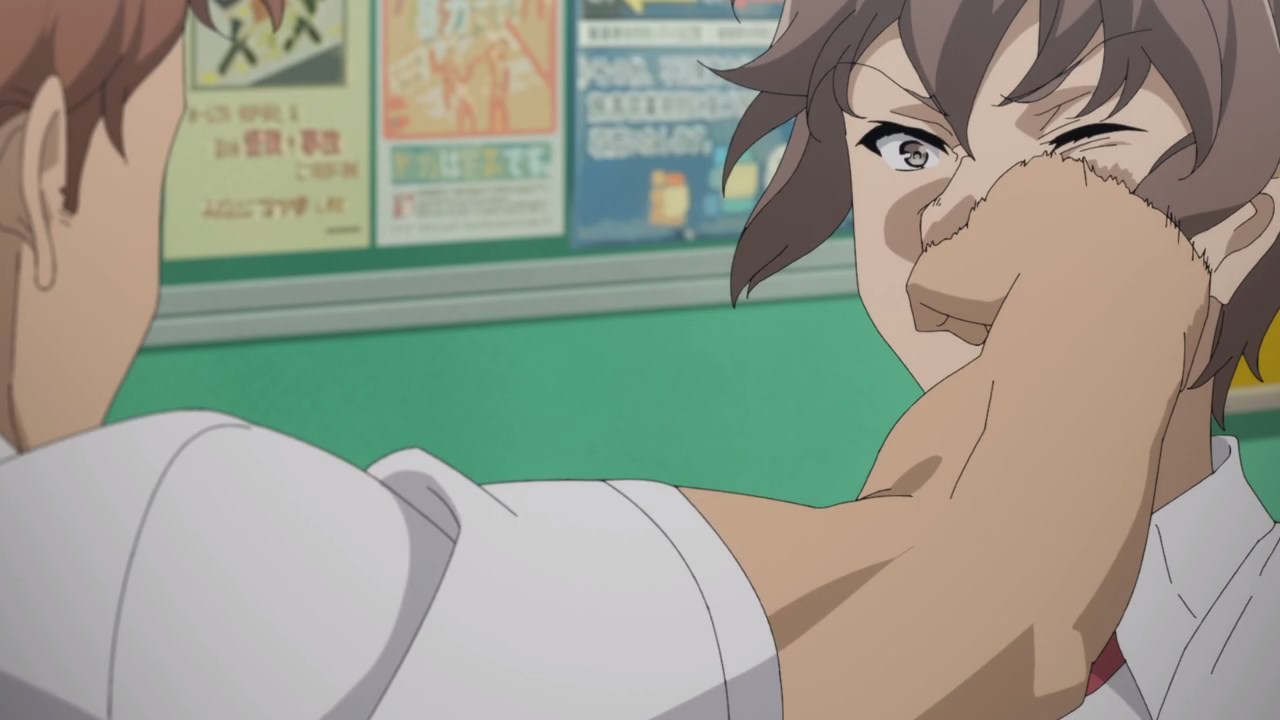 So, he decides to punch Sakuta in the face. Then again, it’s nothing compared to having claw marks in his chest! 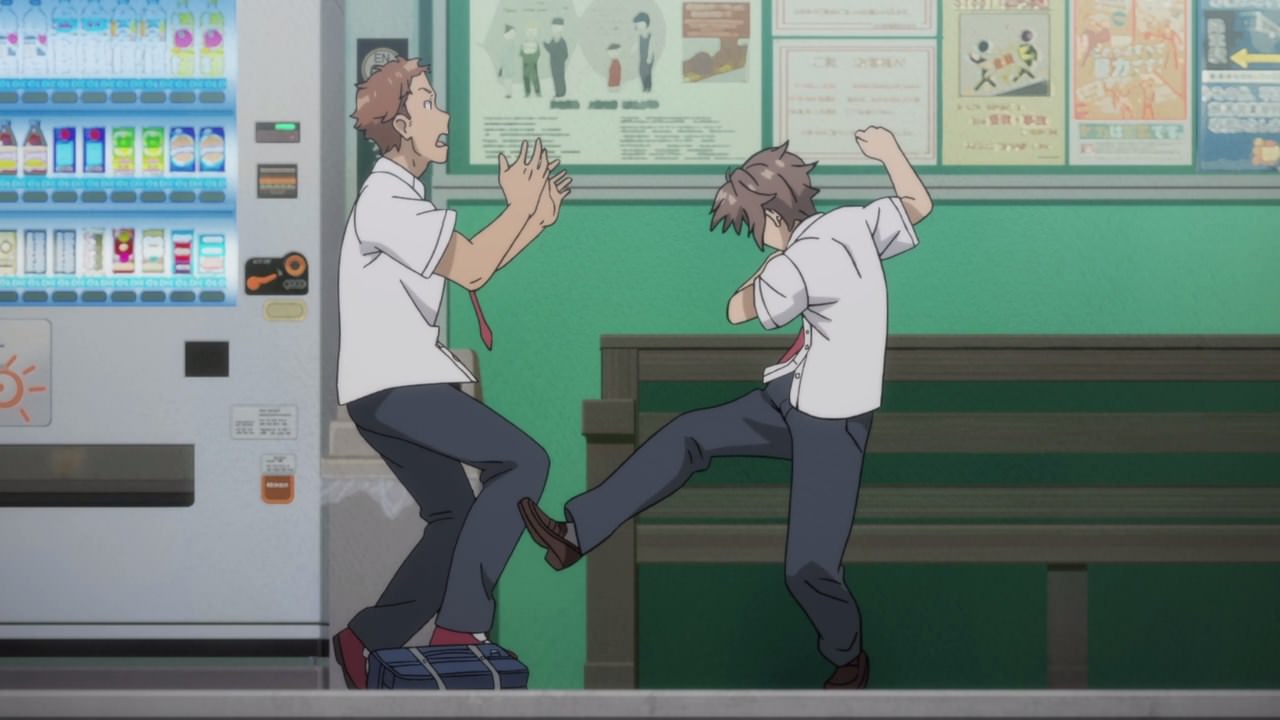 With that said, Sakuta Azusagawa kicked Maezawa-sempai in the shin because he has to resort to cheap tricks to beat his opponent. 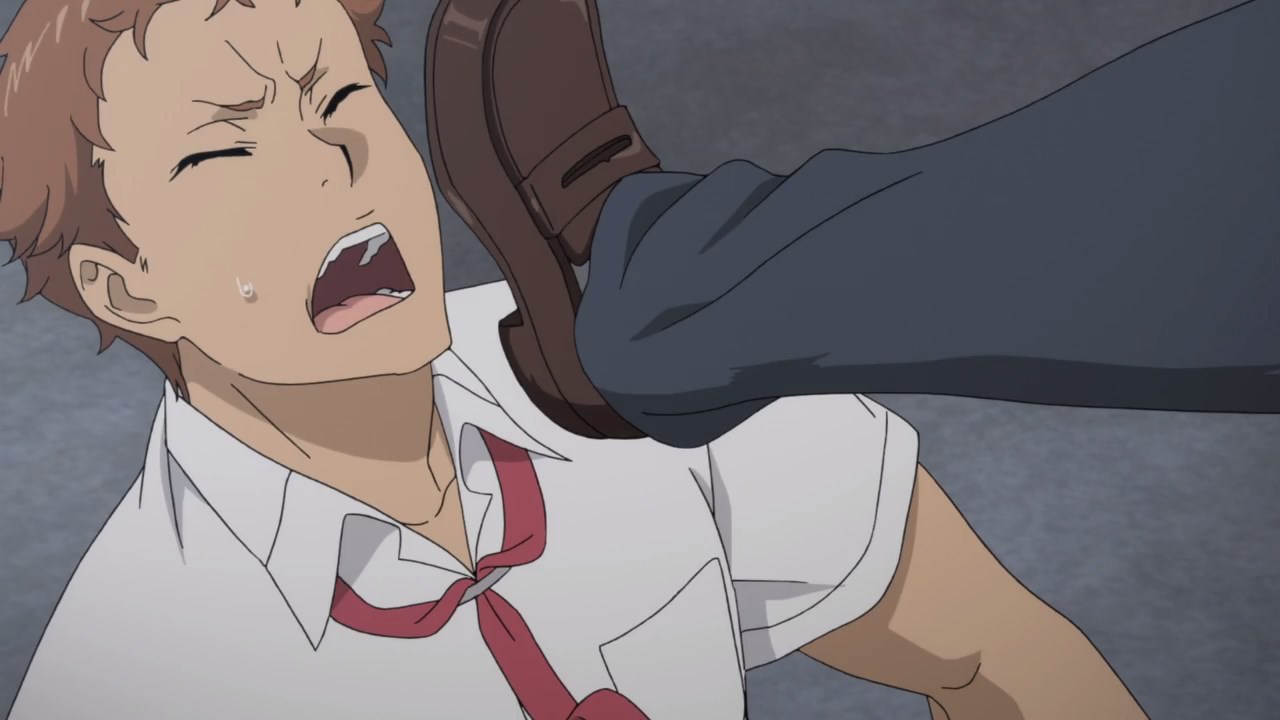 Oh, and he stomp on Yousuke’s face which Sakuta told him to wash his face because he stepped on some poop earlier.

That’s disgusting, but I have to say that Maezawa-sempai got what he deserves for being a two-timing asshole! 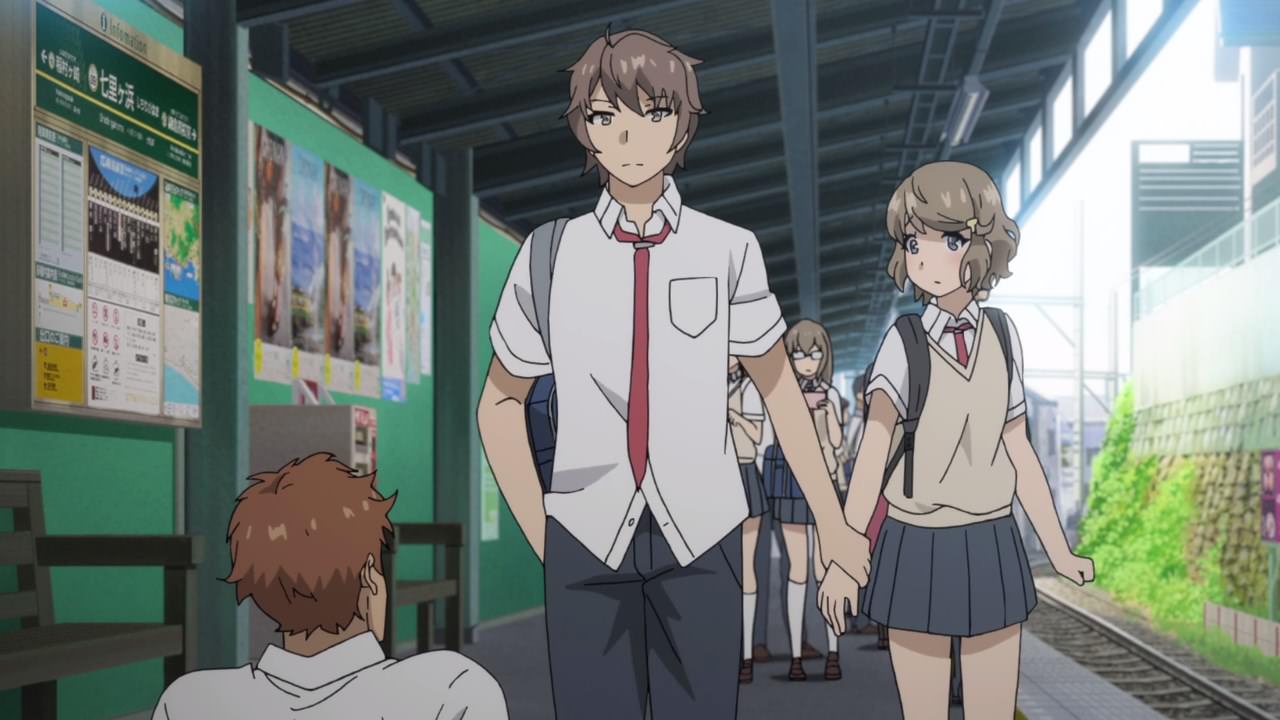 Well, looks like he’s done humiliating Maezawa-sempai as Sakuta runs off with Tomoe. Not sure when will this arc ends, but I’m hoping that it won’t meet a downer ending. C’mon, I almost got a bad end in the previous story arc!

Anyways, I’ll see you on the next episode and Sakuta needs to solve Tomoe Koga’s Puberty Syndrome.