Posted on November 3, 2018 by benigmatica 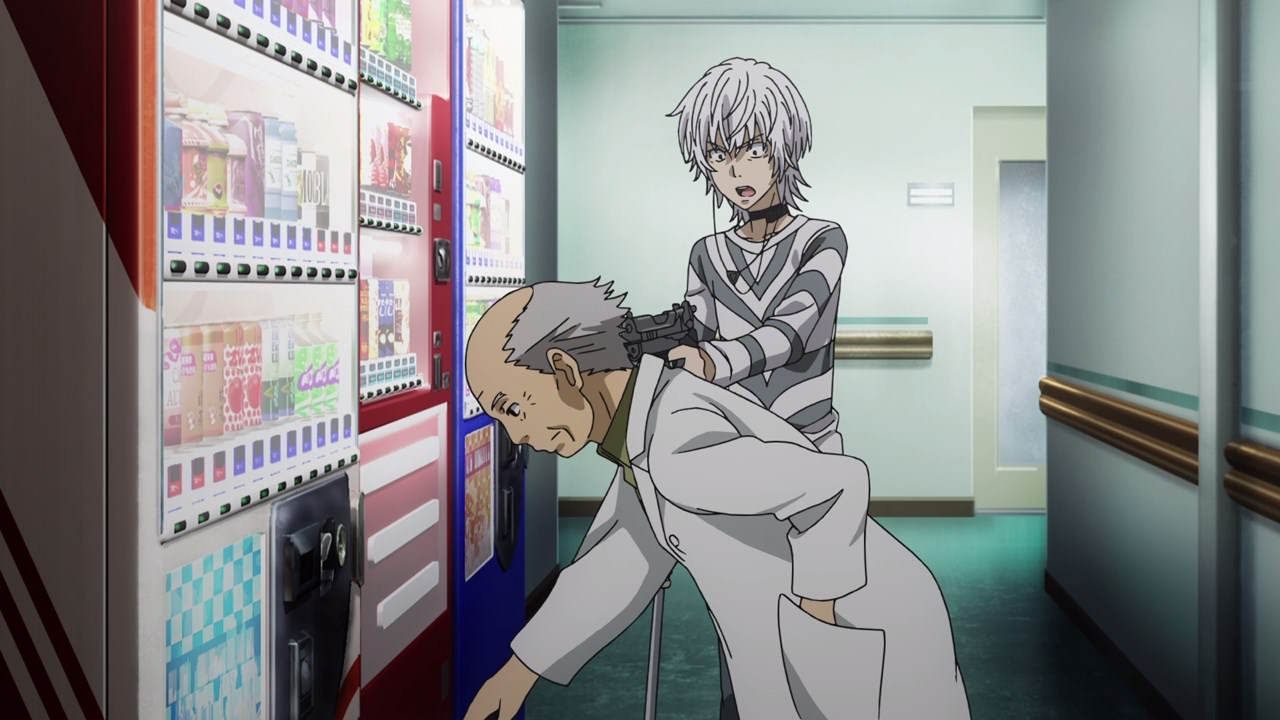 Oh look, it’s Accelerator as he’s back from France after cleaning up some pesky protesters. Now, he’s complaining to the doctor on fixing his collar which activates his vector-manipulating abilities. Then again, this frog-faced doctor won’t do such a thing because he fears that Accelerator might go berserk if he gives the “always-on” switch to him.

By the way, I forgot to mention that Accelerator is part of a ragtag group called GROUP in which they protect the peace under the shadows. Basically, they’re vigilantes composed of him, Motoharu Tsuchimikado, Awaki Musujime… 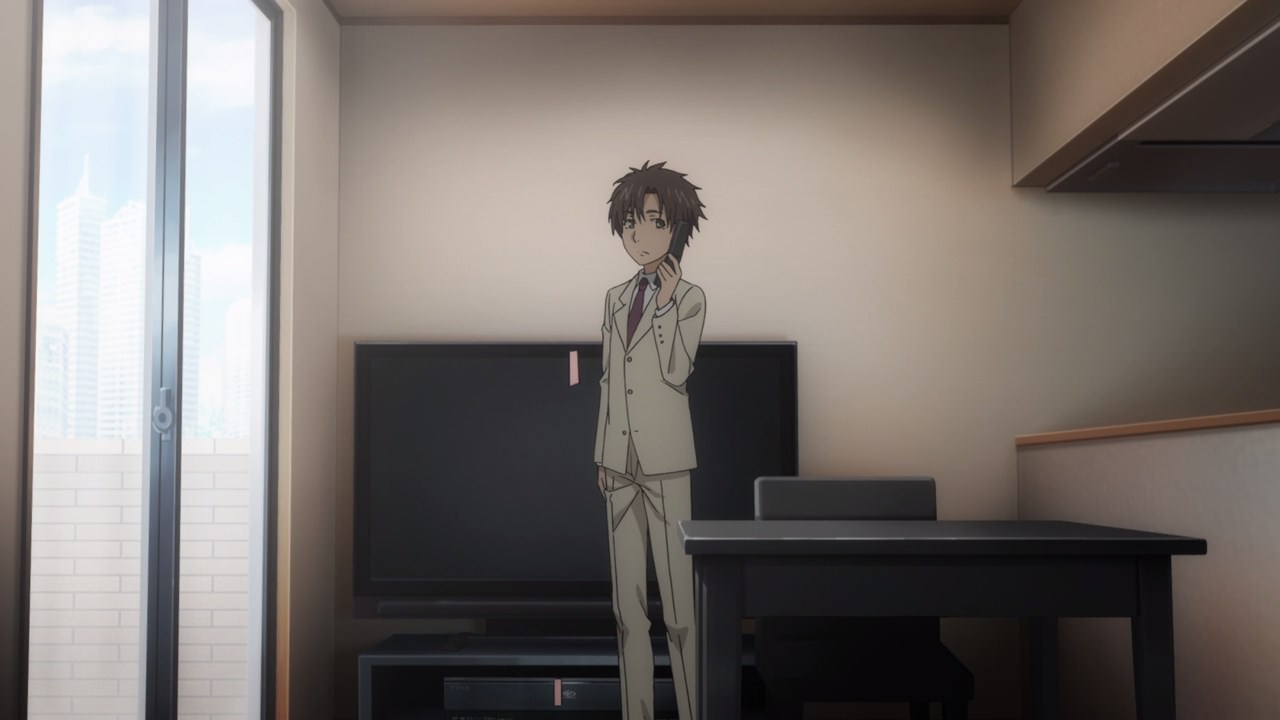 …and this guy named Mitsuki Unabara who acts as the leader of GROUP. Currently, he’s doing some espionage as there’s an organization who wants to turn Academy City into an anarchic wasteland.

Now, the only thing that Unabara can do is to call his friends for backup, take all the necessary information, and trash this place. 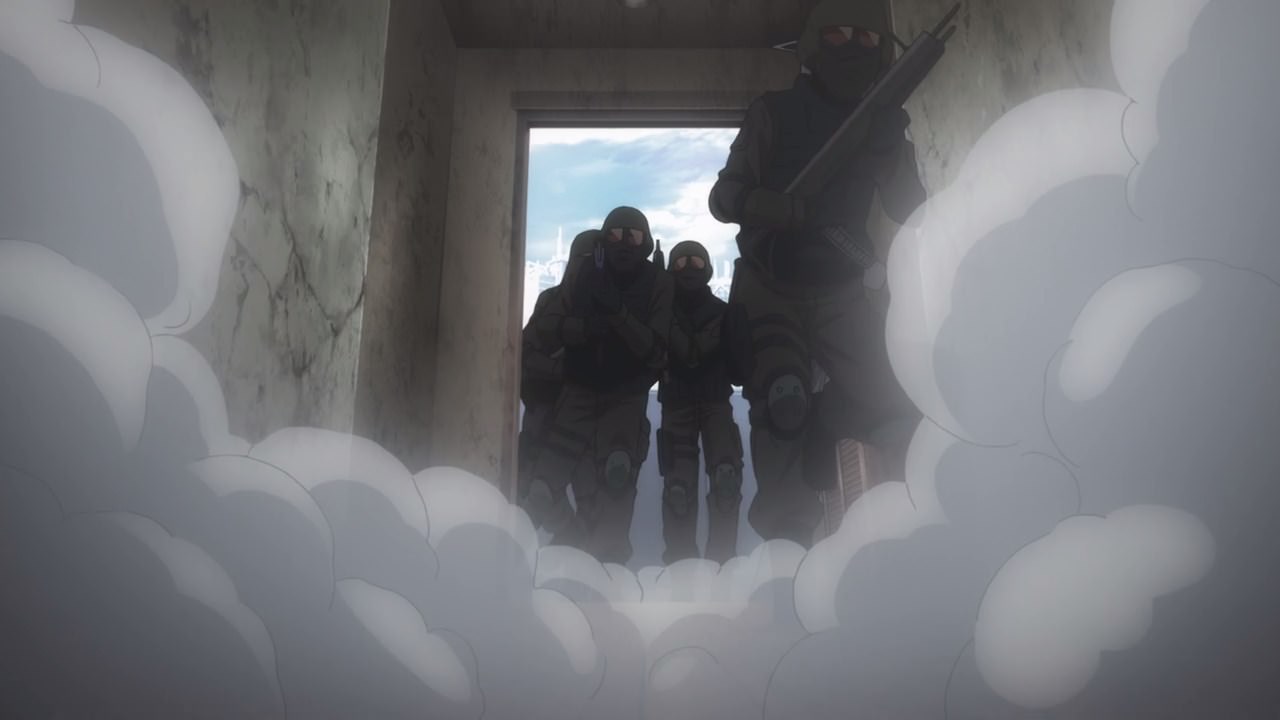 Unfortunately, Mitsuki didn’t call his friends on time and the last part that I’ve said was handled by these mercenaries. Looks like Unabara is gonna get captured or even killed by these goons! 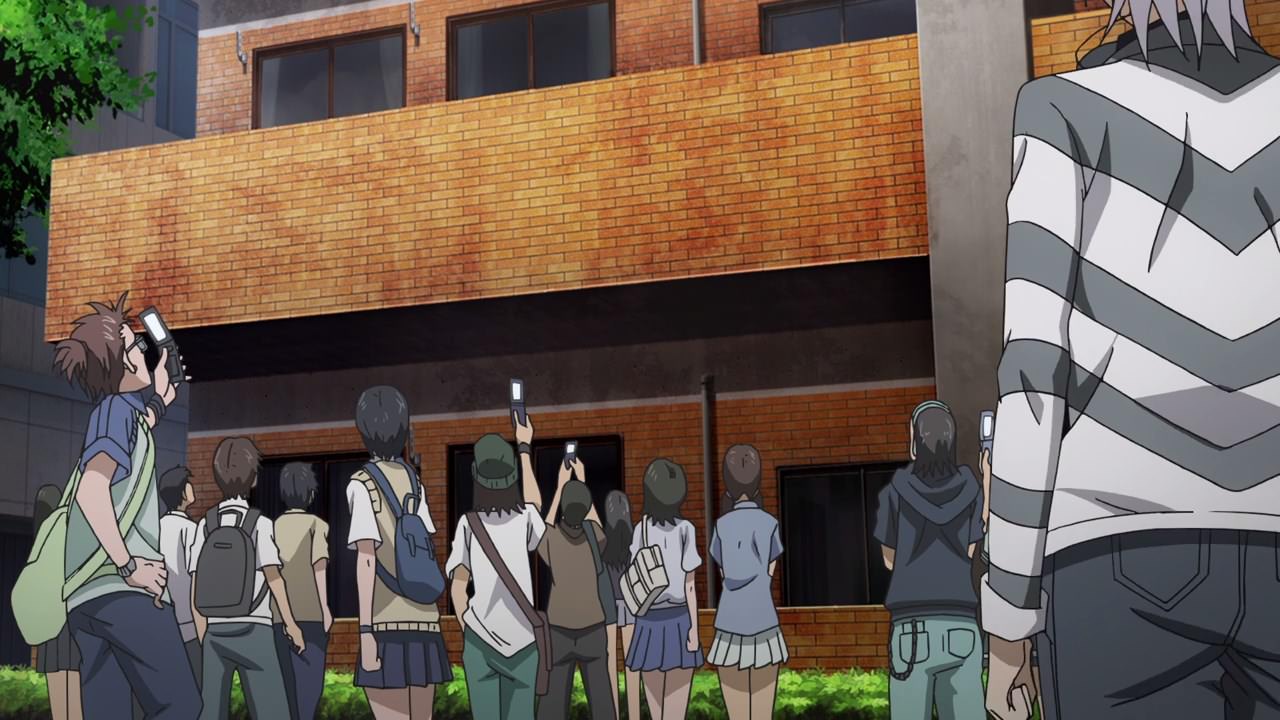 Oh, and the ruckus has attracted some attention to these folks, including a certain Accelerator who just passed by. 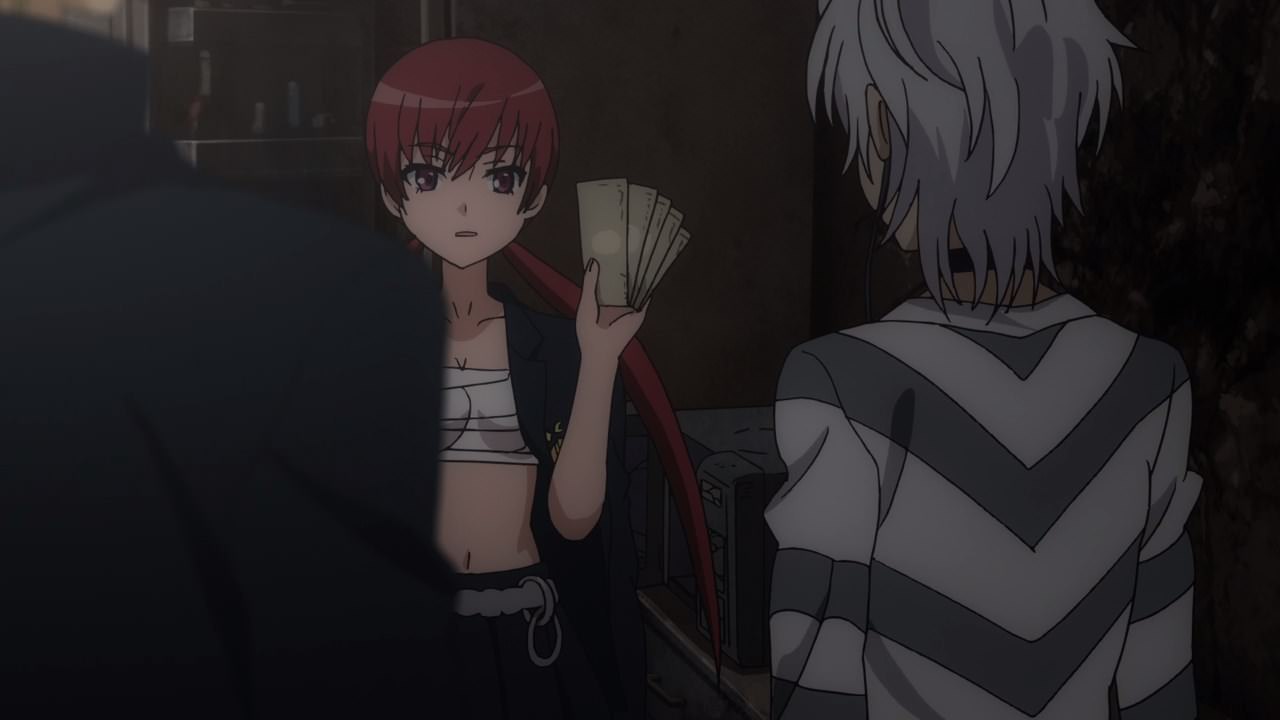 After the dust has settled, it turns out that Mitsuki Unabara somewhat escaped as he left some money which Awaki Musujime picked it up. Sure that they can spend that money on something, but they’re not gonna do that. 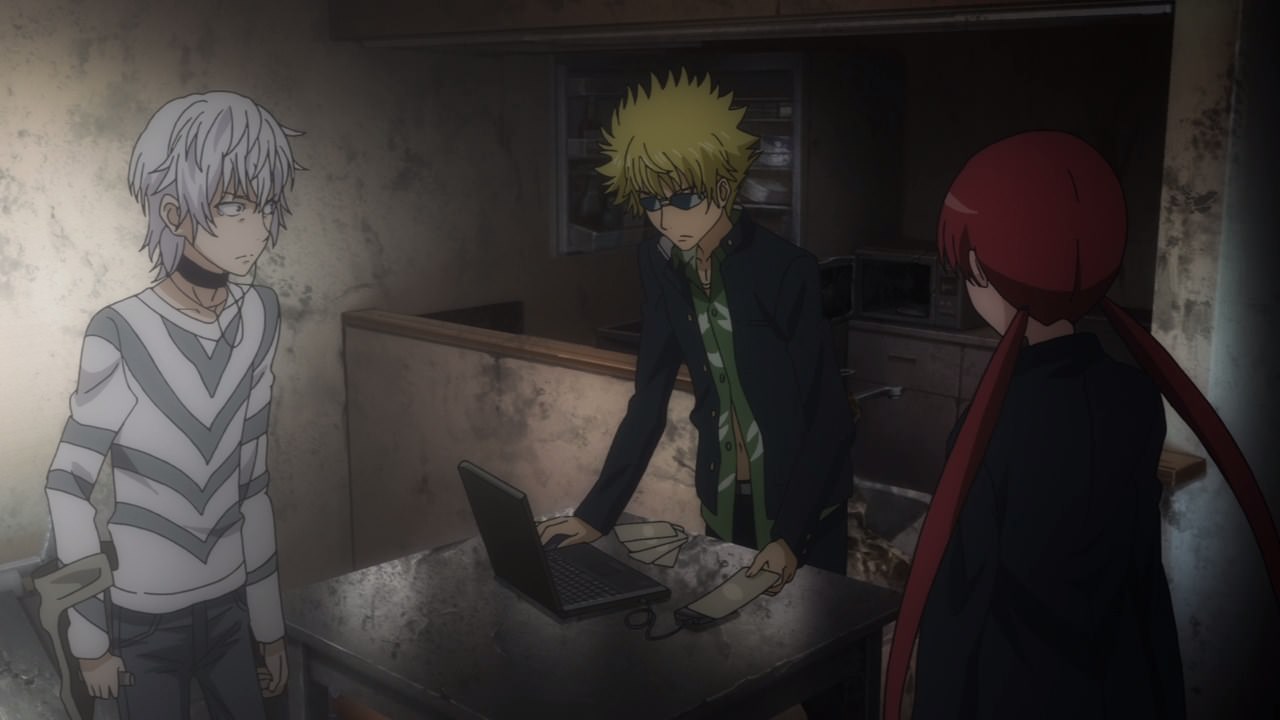 Instead, GROUP used the pile of cash to find some clues on what this organization is planning to do, as it turns out that it has an embedded IC chip that Motoharu Tsuchimikado can scan it.

Anyways, it turns out that someone is plotting to assassinate Monaka Oyafune during her speech at the 7th District. Oh, and her speech will begin soon so they don’t have time to rescue the old lady. 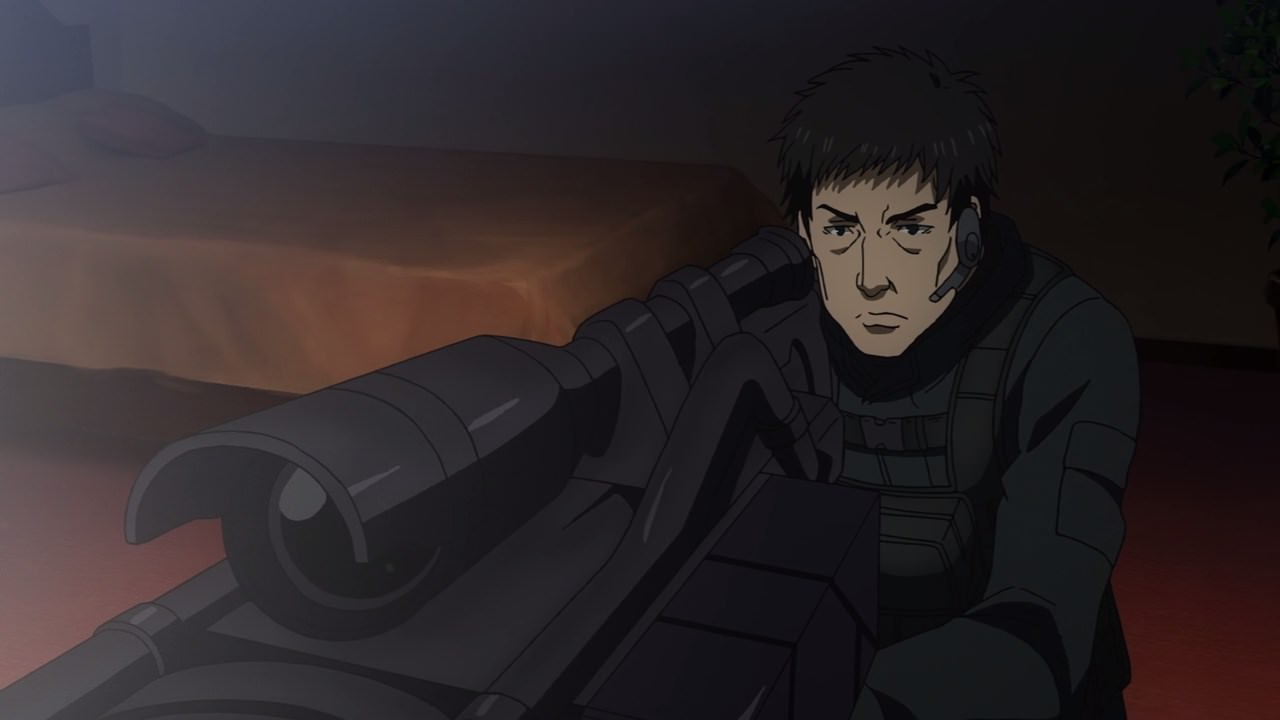 Now then, I would like to introduce this sniper named Chimitsu Sunazara who received orders from SCHOOL, like assassinating Monaka Oyafune. 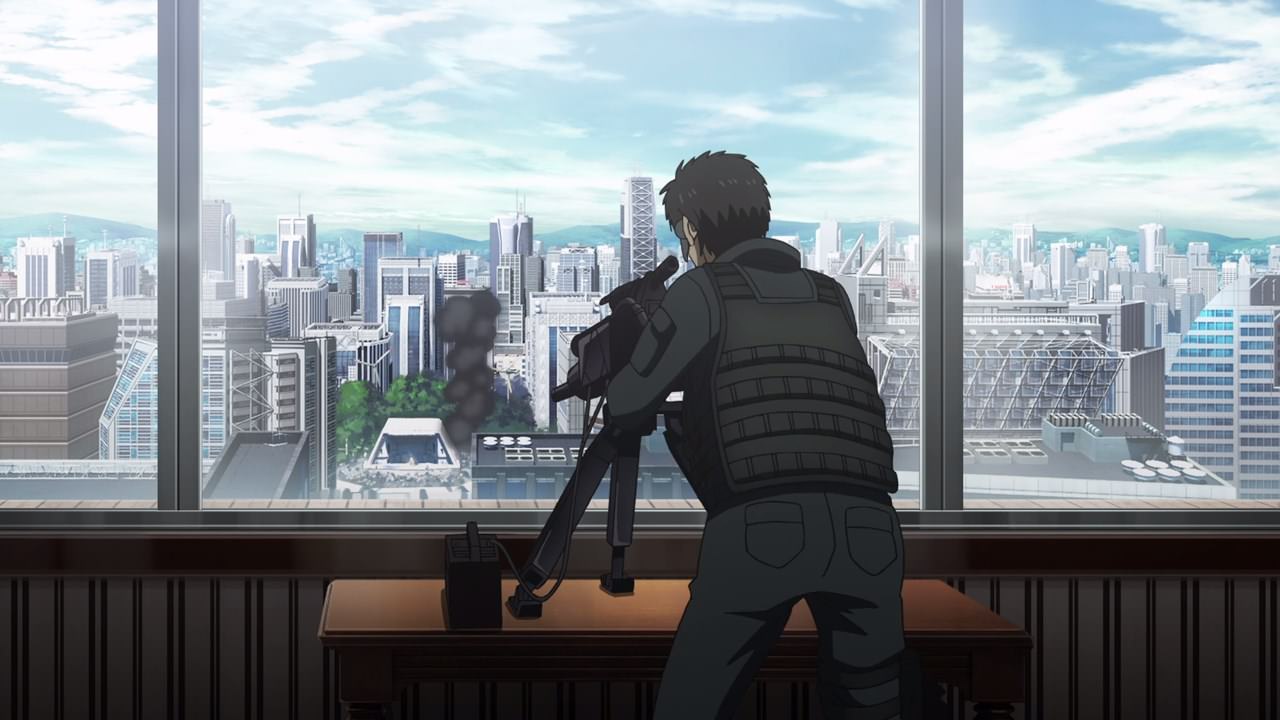 Unfortunately, there’s a commotion outside and Chimitsu didn’t get a chance to shoot his target. That’s sucks! 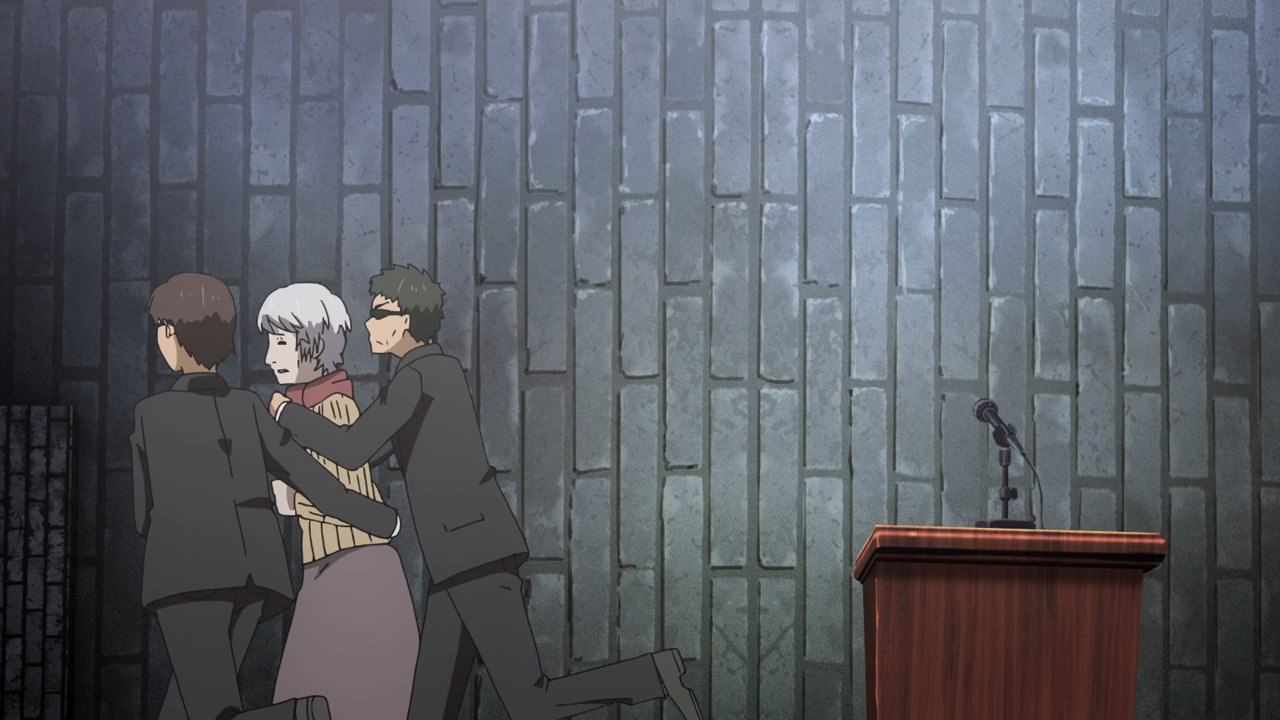 Oh, and Monaka Oyafune is safe as she’s being escorted away. But seriously though, how is it possible that Chimitsu Sunazara’s attempts got thwarted and who threw a spanner at him? 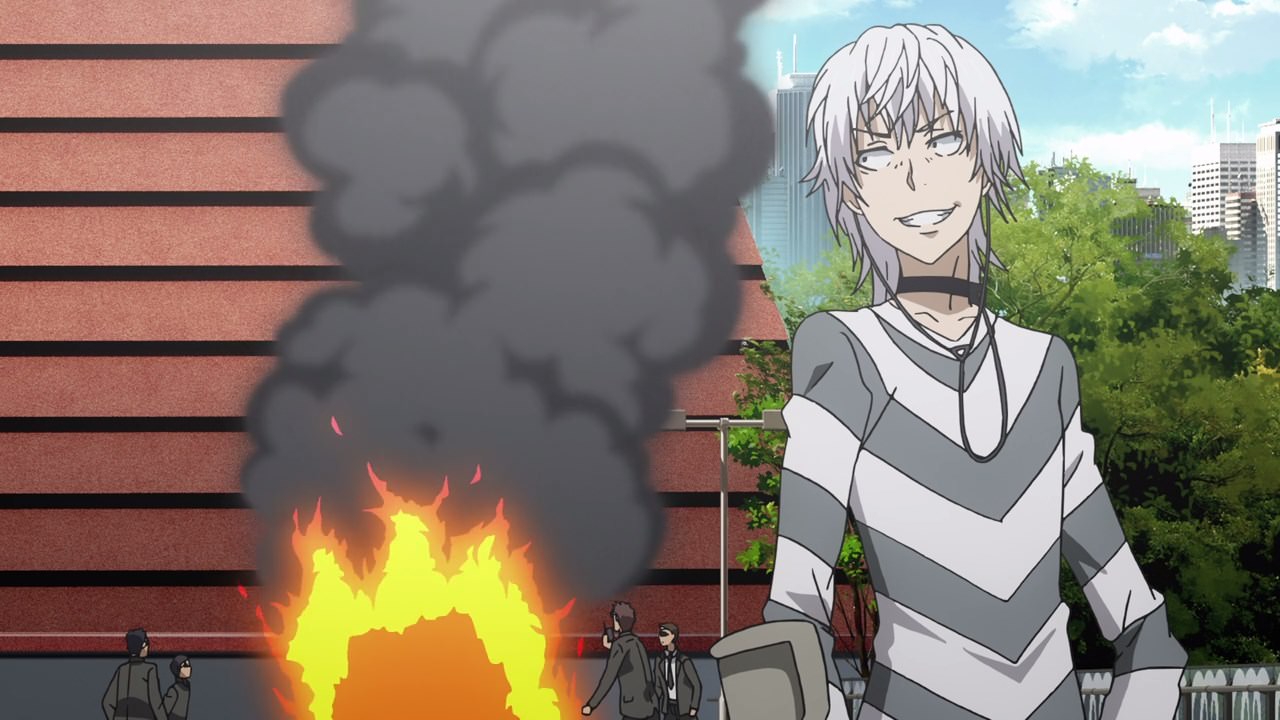 Well, turns out that it was Accelerator who cause a ruckus and stop Chimitsu from assassinating Monaka-san.

Of course, it wouldn’t be possible without Awaki Musujime’s help using her Move Point ability. 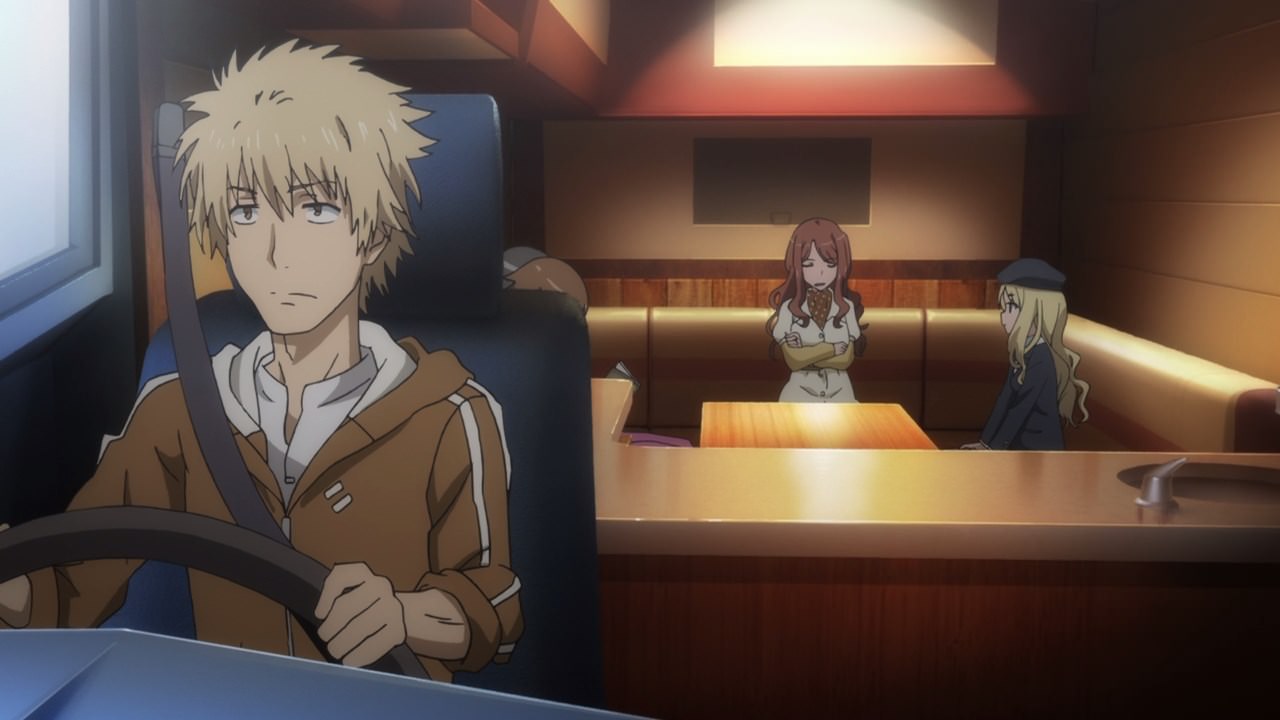 Now that we’re done seeing how GROUP plays out, it’s time to move to another organization called ITEM. Yup, it’s Shizuri Mugino and her buddies with Shiage Hamazura as their slave. Wait, is that the guy who got beaten up by Touma Kamijou?

Anyways, ITEM is here for a mission as usual in which someone is stealing a device called a nano-particle object interference adsorption manipulator. That’s a mouthful, but I don’t know what it looks like or what its functions. 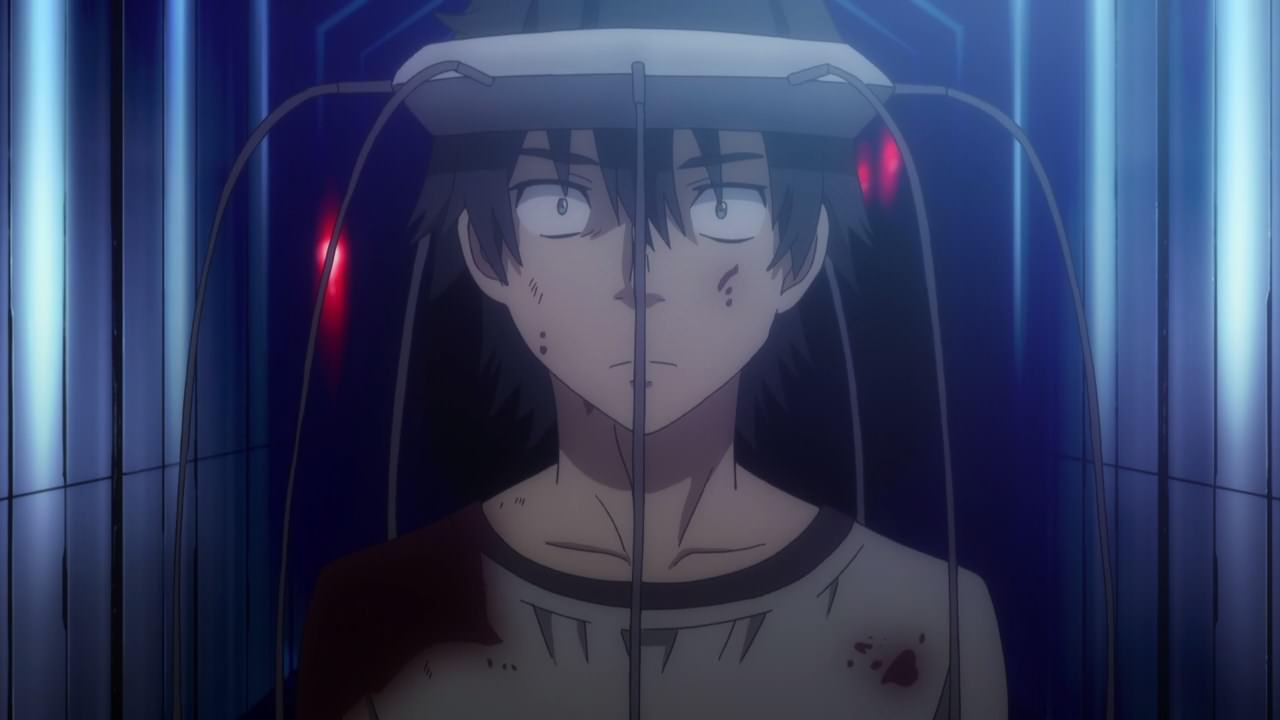 Unfortunately, someone beat them to the punch as it turns out that SCHOOL is involved in stealing that device, with Banka Yobou holding the line until his comrades got the device. 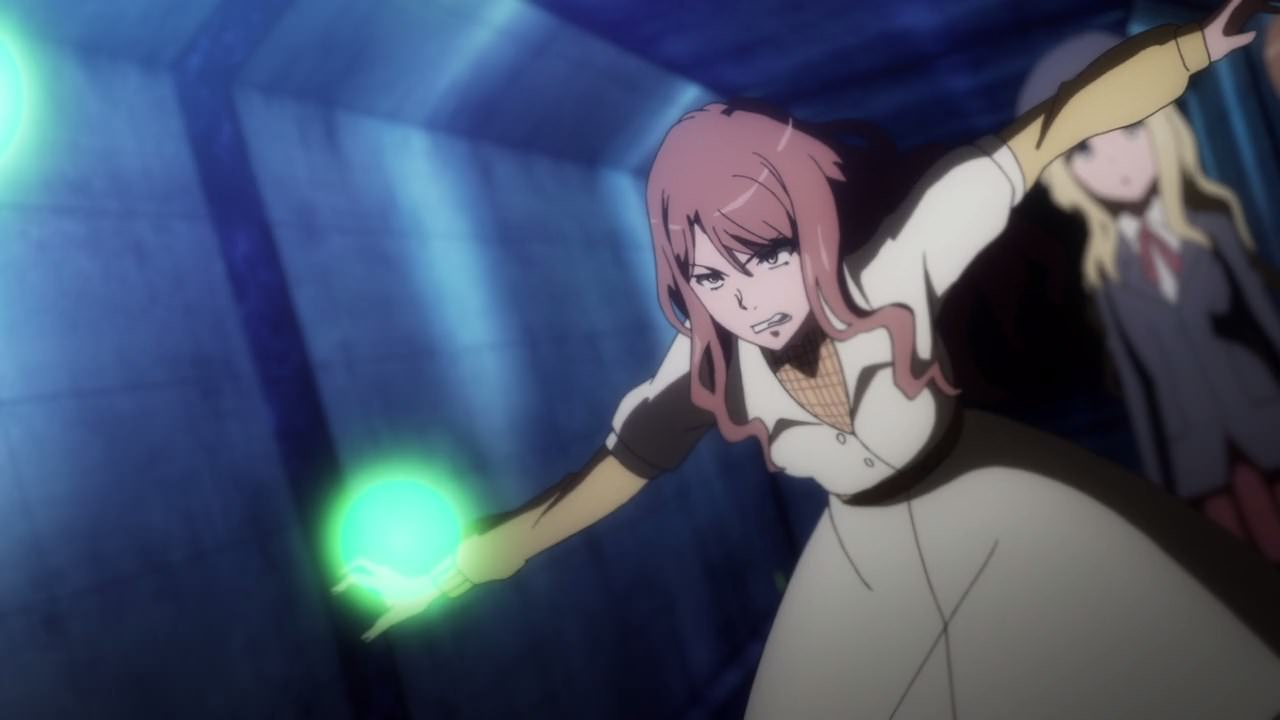 Not on Mugino’s watch though as she’ll stop this esper from having his friends get the goods, even as far as outright kill him. But wait, what about Hamazura? 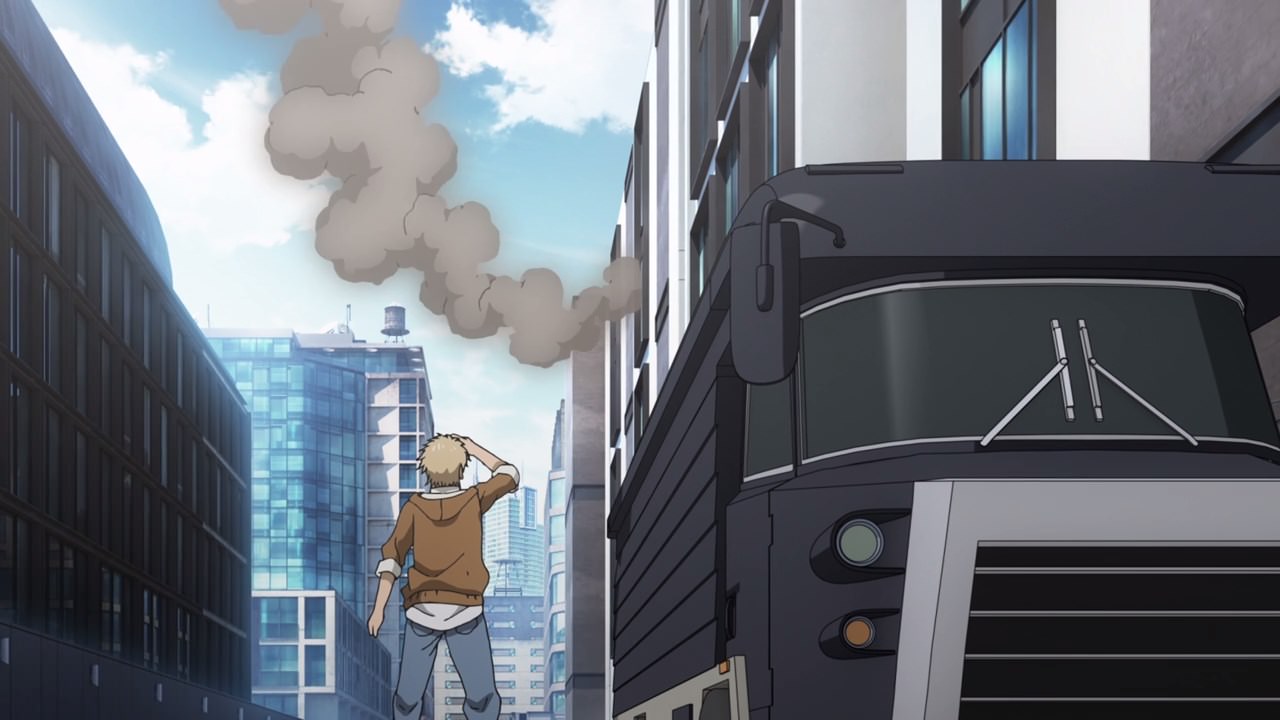 Oh, he’s outside and acting as their getaway driver/guard. Man, Shiage is missing the action and it’s sucks that he’ll sit this one out! 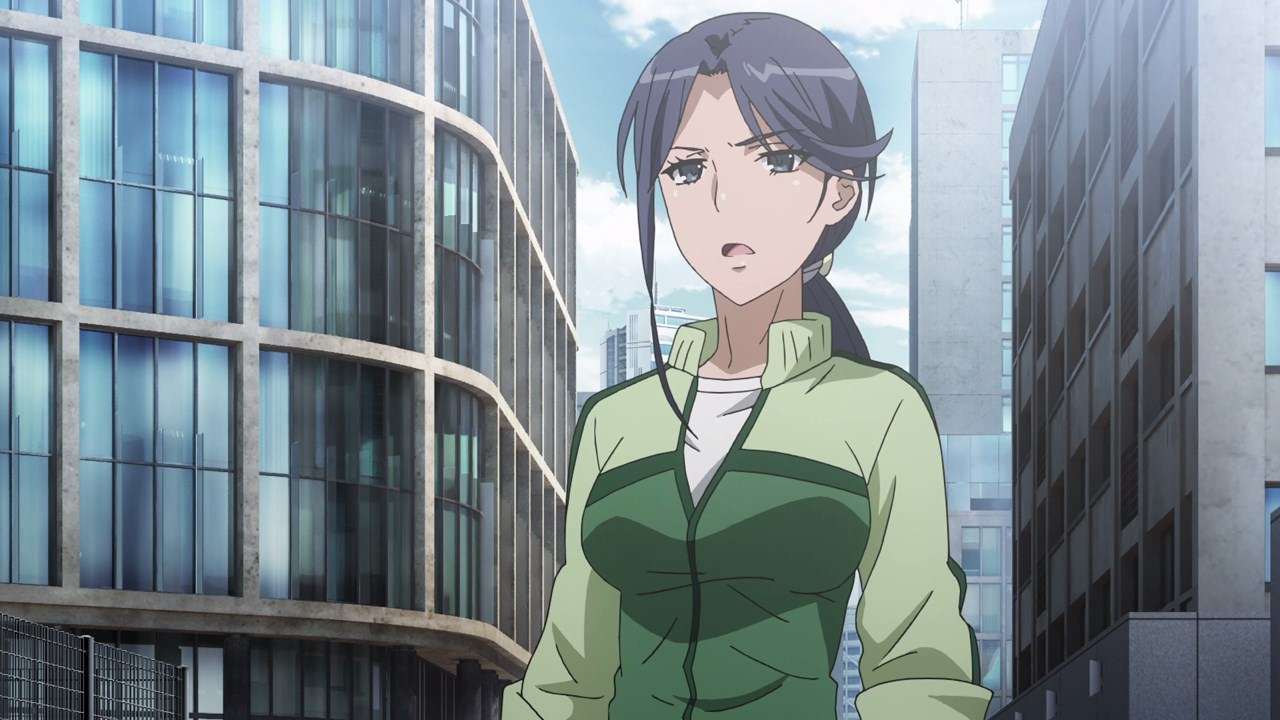 On the other hand, Shiage Hamazura will get in trouble as he encountered an Anti-Skill operative Aiho Yomikawa. Gotta say that she doesn’t like someone causing a ruckus. 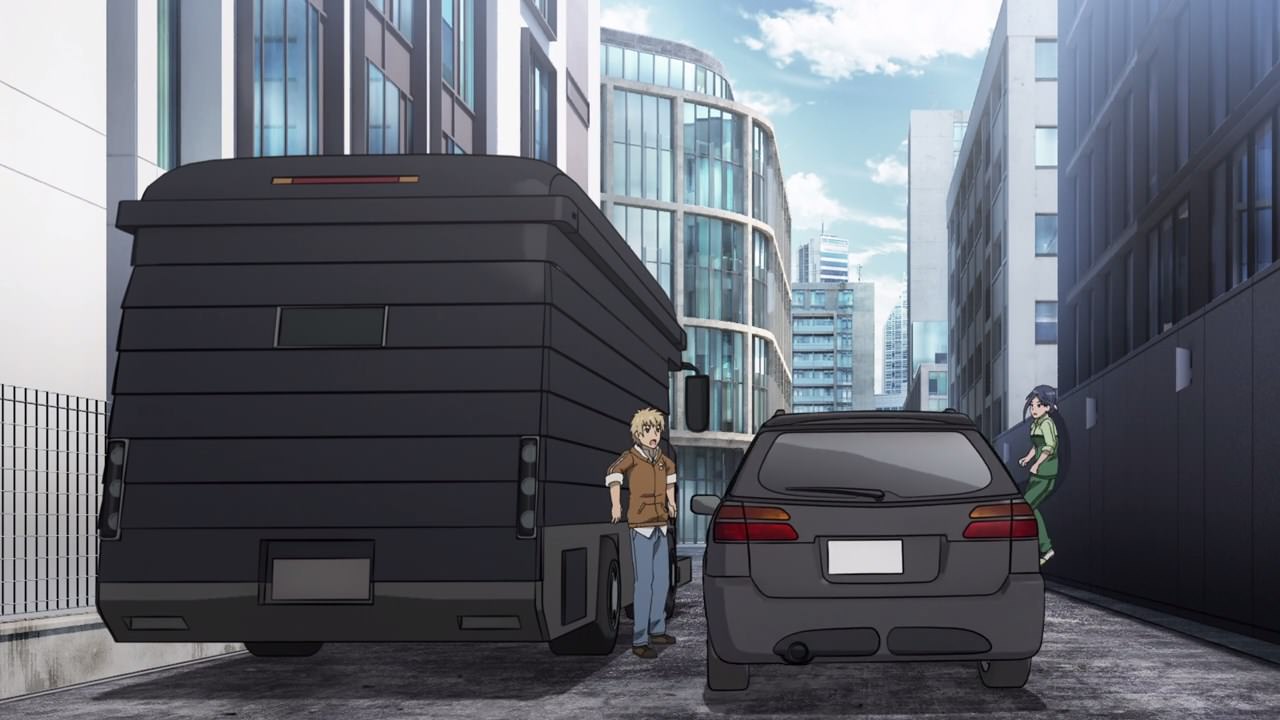 Fortunately, Shiage won’t have to deal with Aiho-san anymore as Shizuri told him to drive the van and chase the black car because SCHOOL already stole the device. 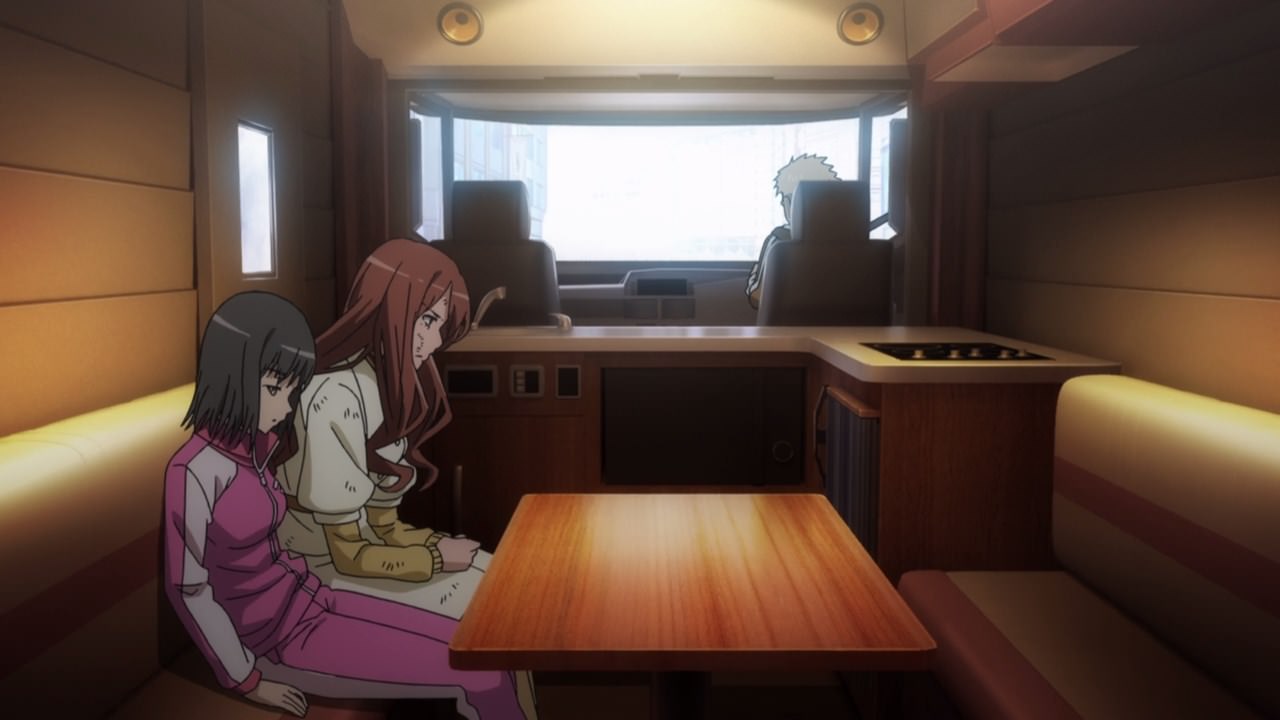 As for ITEM however, seems that they suffered damage with Frenda Seivelun and Saiai Kinuhata missing after their botched attempt to stop SCHOOL.

With that said, time to chase that black car and get the device back to its rightful place! 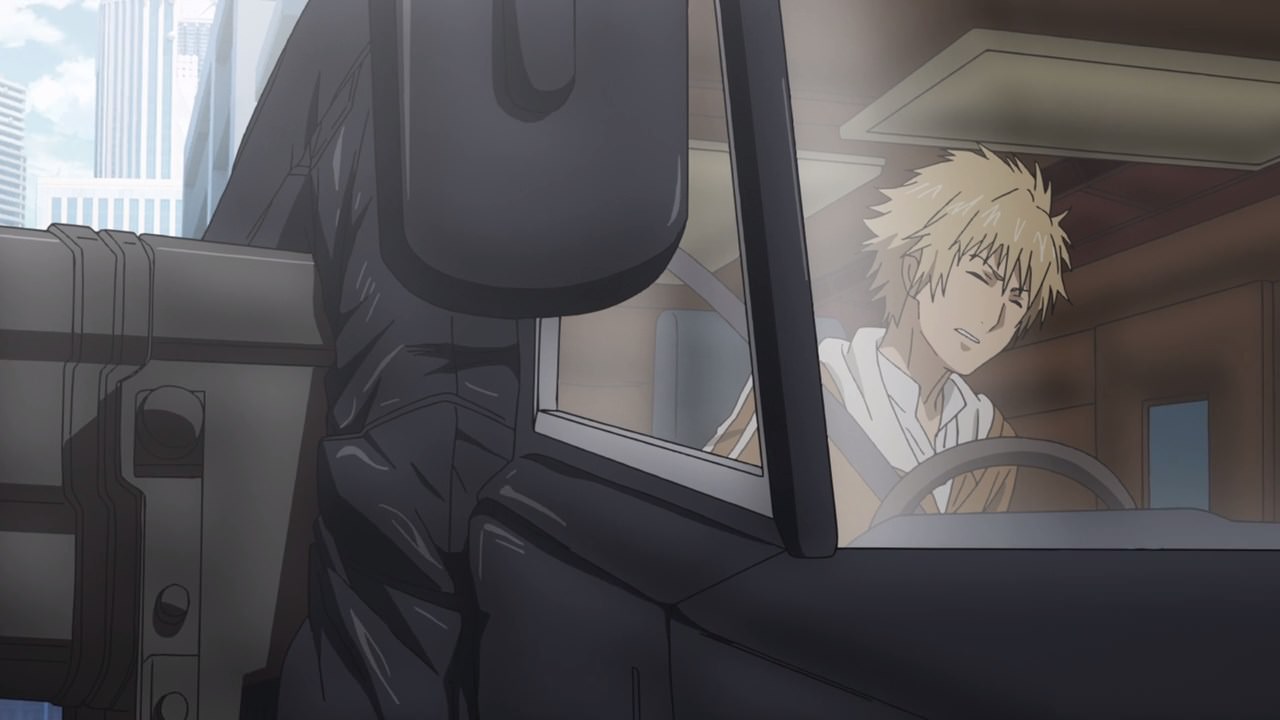 Unfortunately, their van got wrecked and that was a close call there for Hamazura. 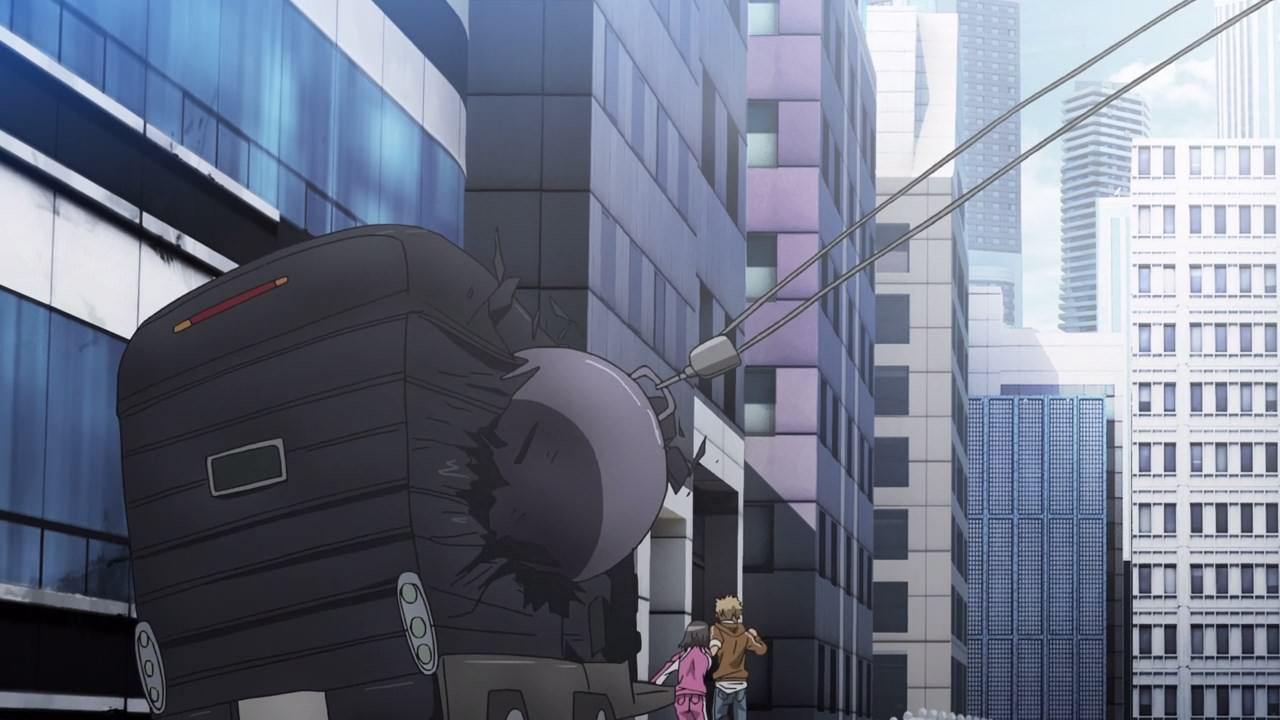 Before long, their vehicle got completely destroyed by a wrecking ball.

Worst of all, the black car already escaped in which Shizuri is very pissed. Man, who would do such a thing? 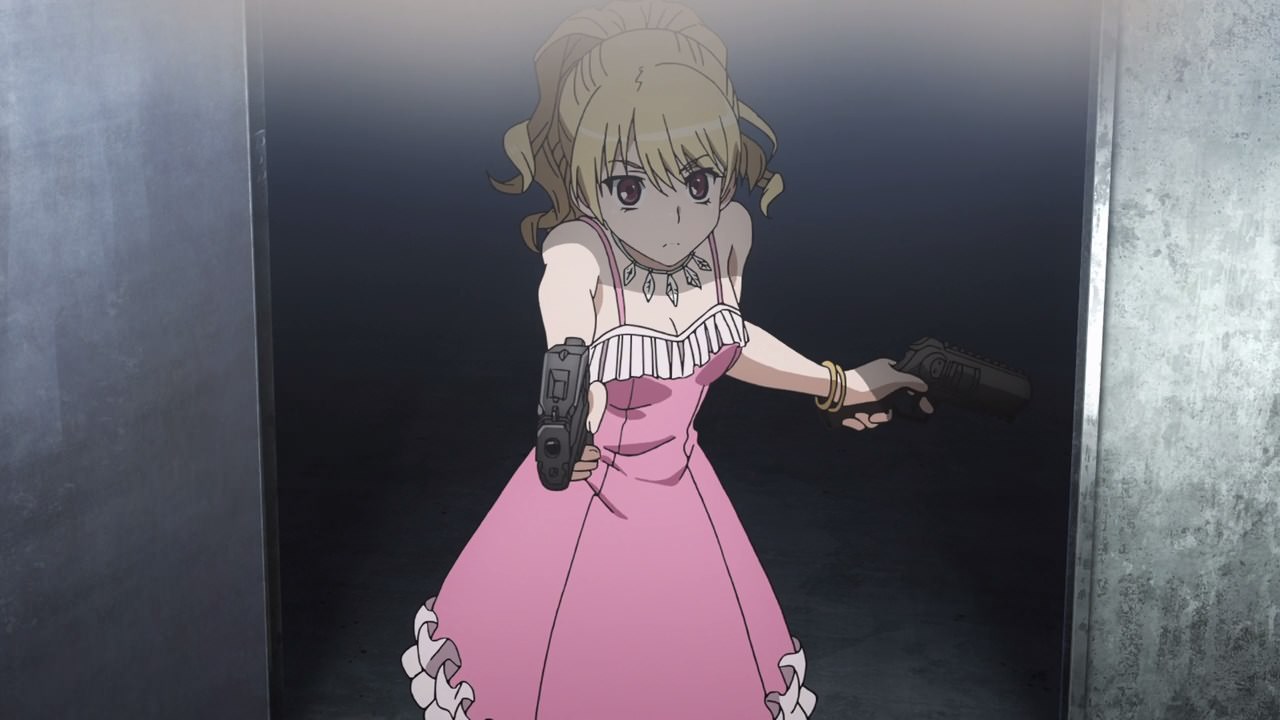 Well it turns out that this lovely lady is the one who wrecked their van. Oh, and she’s part of SCHOOL which is why this girl is involved in their heist.

Now, she’s just cleaning up the rest of ITEM after the heist is done. 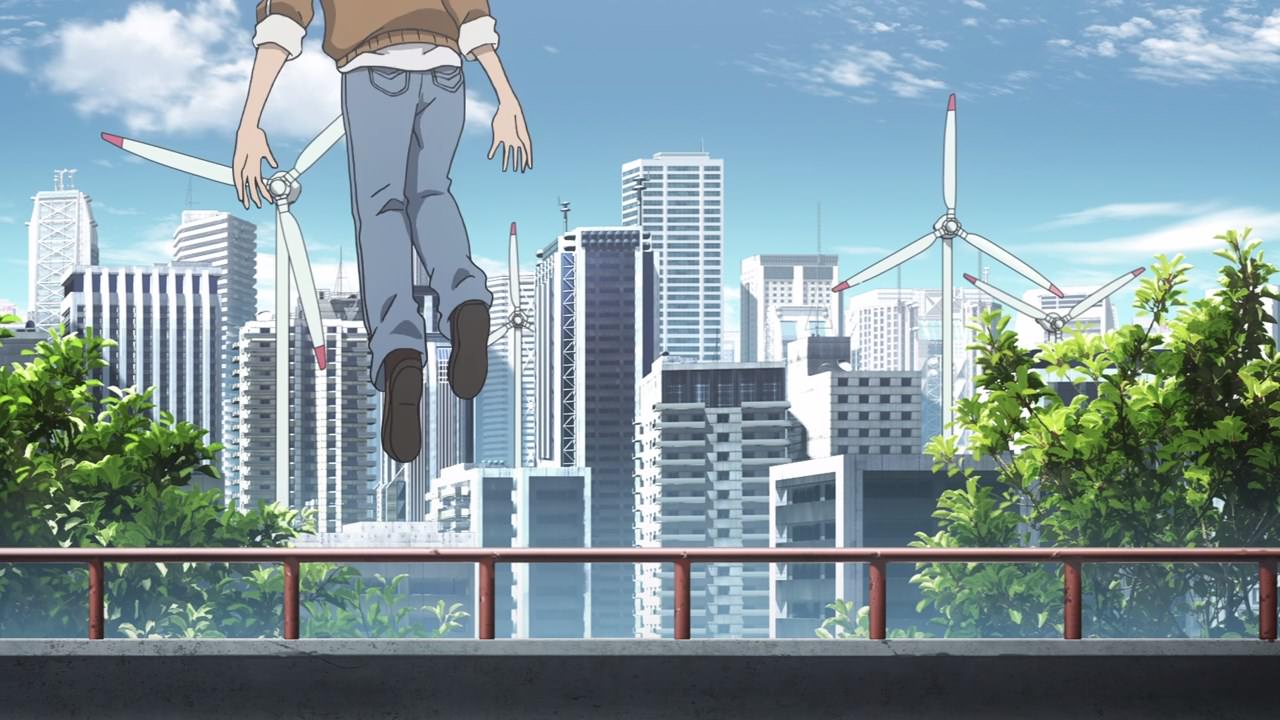 However, most of them got away safely with Shiage Hamazura jumping from a building… 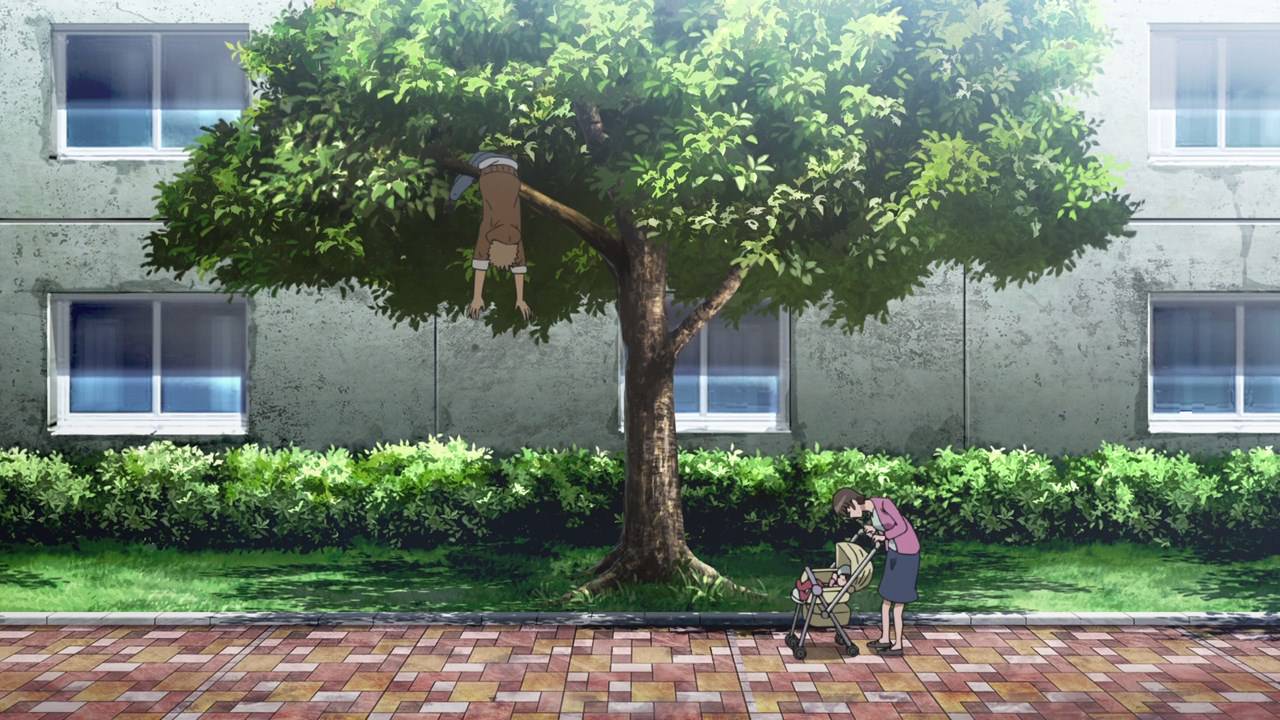 …and landing to a tree. Glad that this tree saved him, or Shiage will have broken bones. 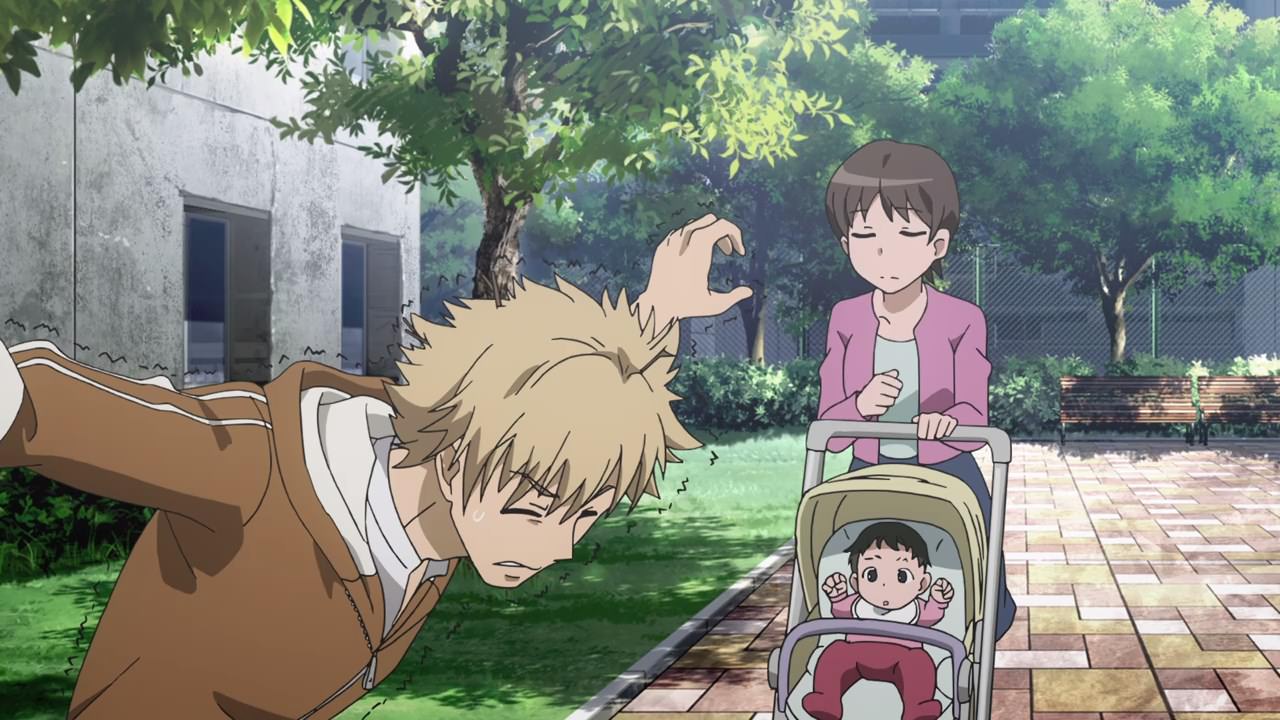 Still, it’s sucks that ITEM got beaten by a rival shadow organization. However, it’s just the tip of the iceberg as there’s more of them on the next episode.