Posted on November 4, 2018 by benigmatica

Well look what we have here, it’s Akane Shinjou wearing a bikini but she’s not eager to swim because Akane would rather stay home and chat with Alexis Kerib. 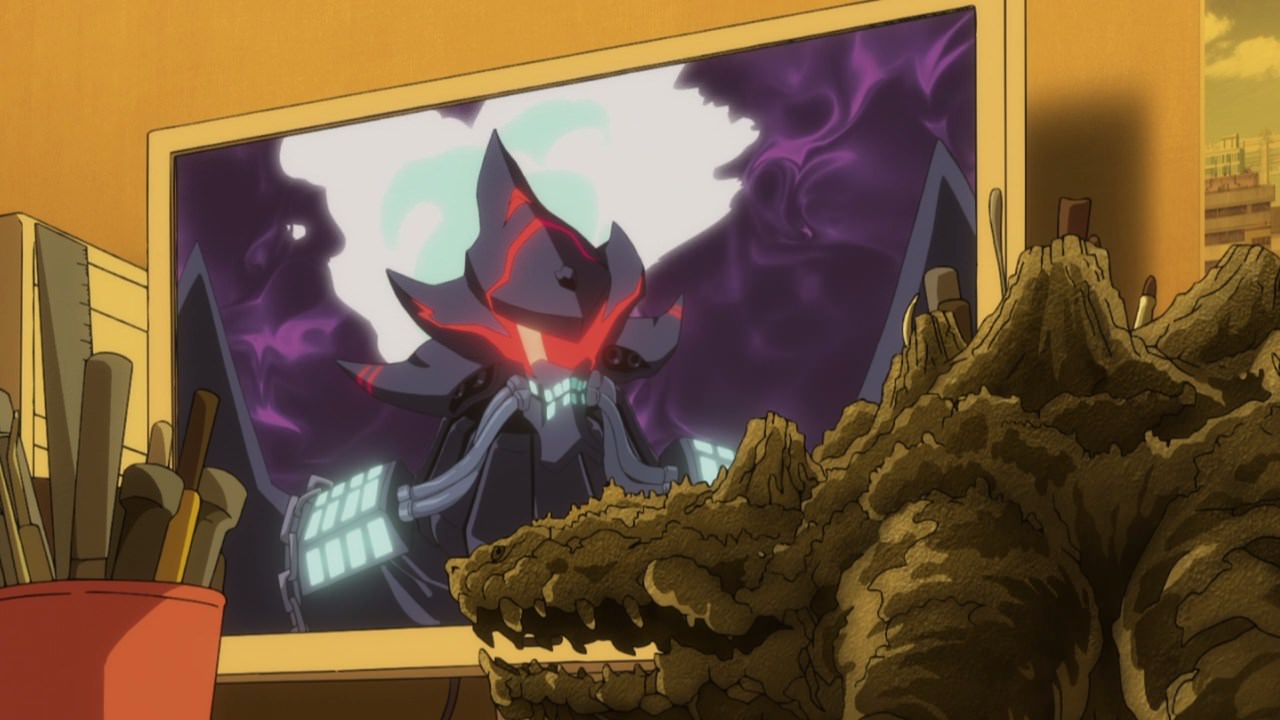 And speaking of Alexis Kerib, he’s sad that he won’t spend his time with Akane, but Alexis is looking forward to activate her latest kaiju creation. 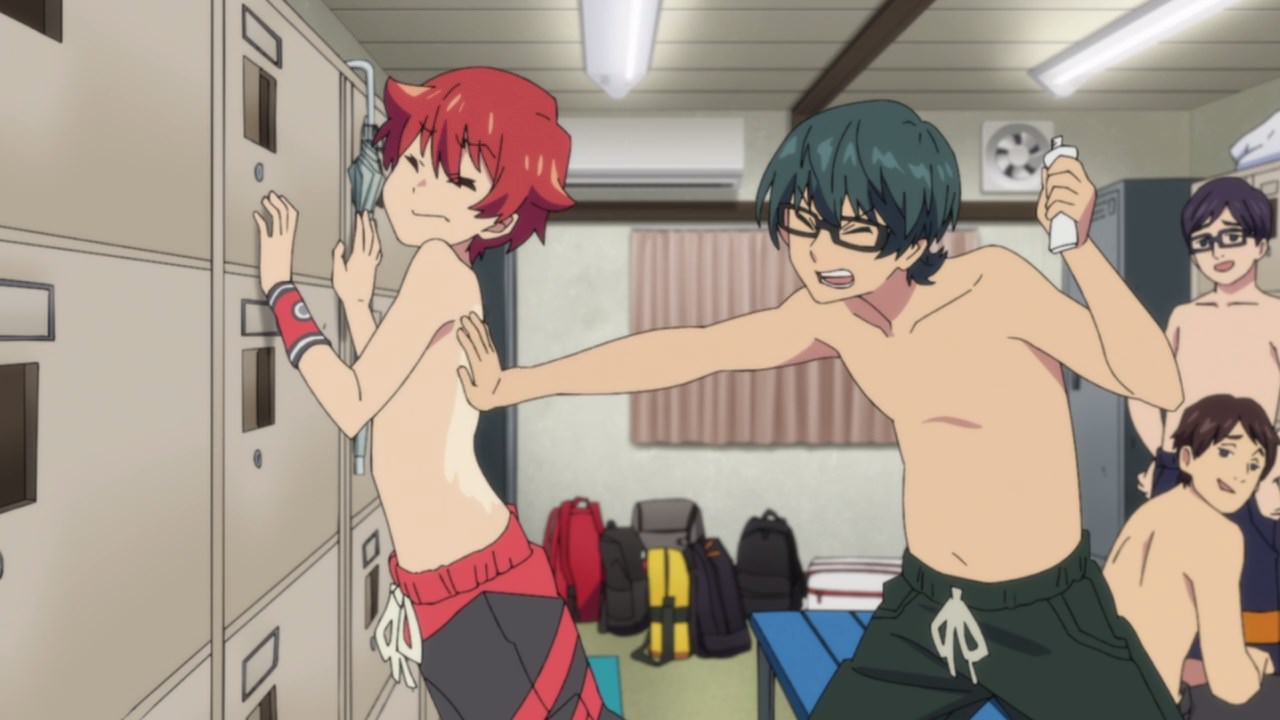 Now then, it’s time for Yuuta Hibiki and his friends to go on a field trip. For Yuuta, it’s his first time to experience a field trip despite having amnesia. 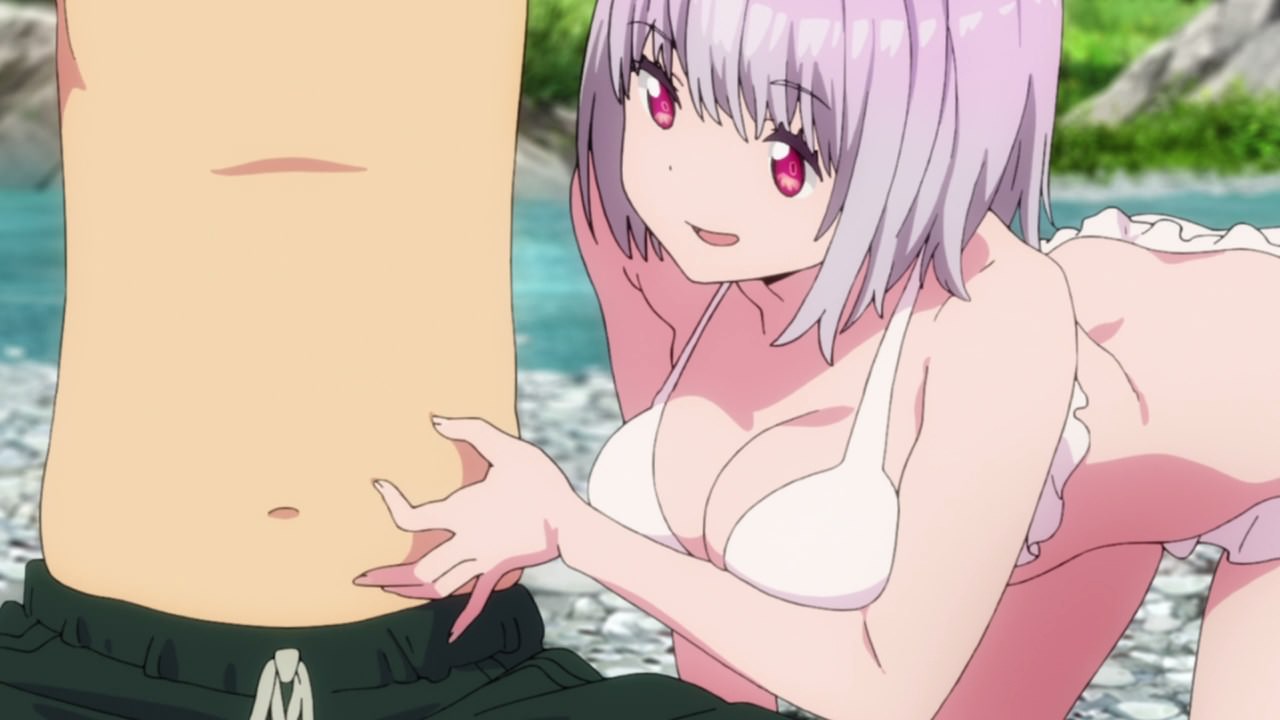 On the other hand, we have Akane Shinjou pinching Shou Utsumi’s stomach. Gotta say that he’s a bit plump for a teenage guy like Shou-kun! 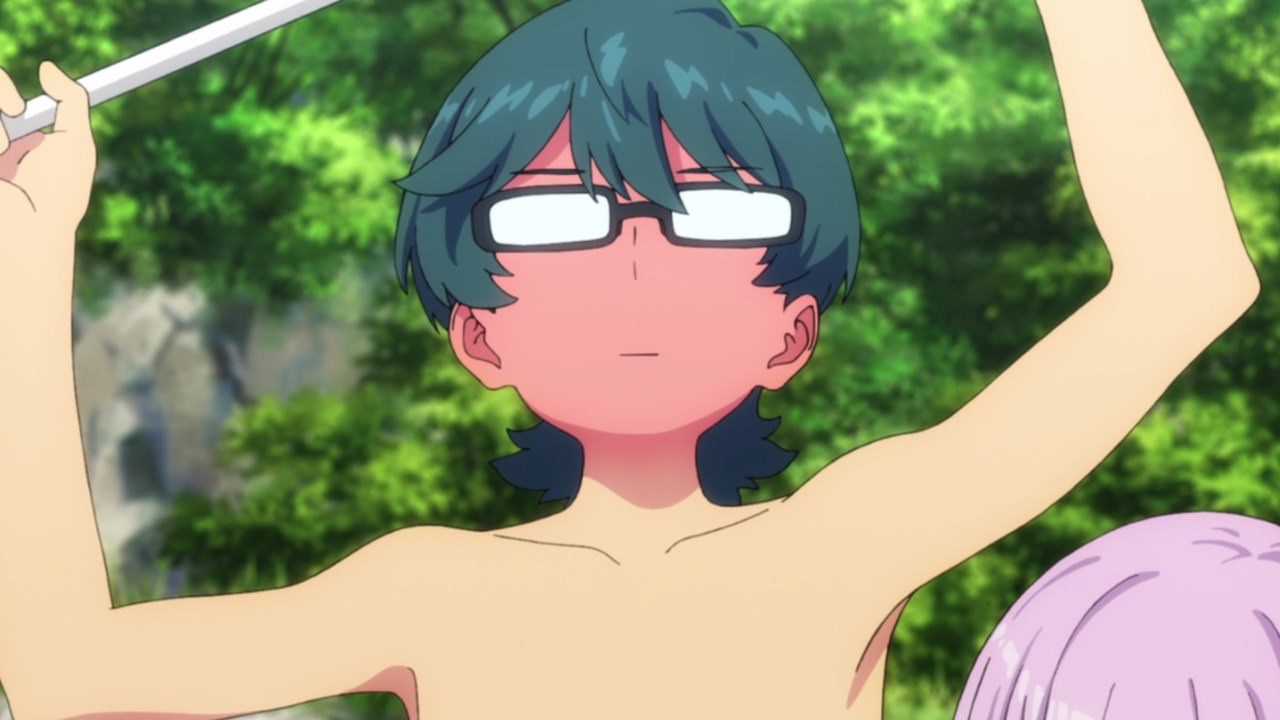 And as for Shou Utsumi? He loves getting pinched by Akane Shinjou. By the way, Shou has a crush on Akane-chan, but she doesn’t get a clue because Shinjou is busy erasing people that she doesn’t like. 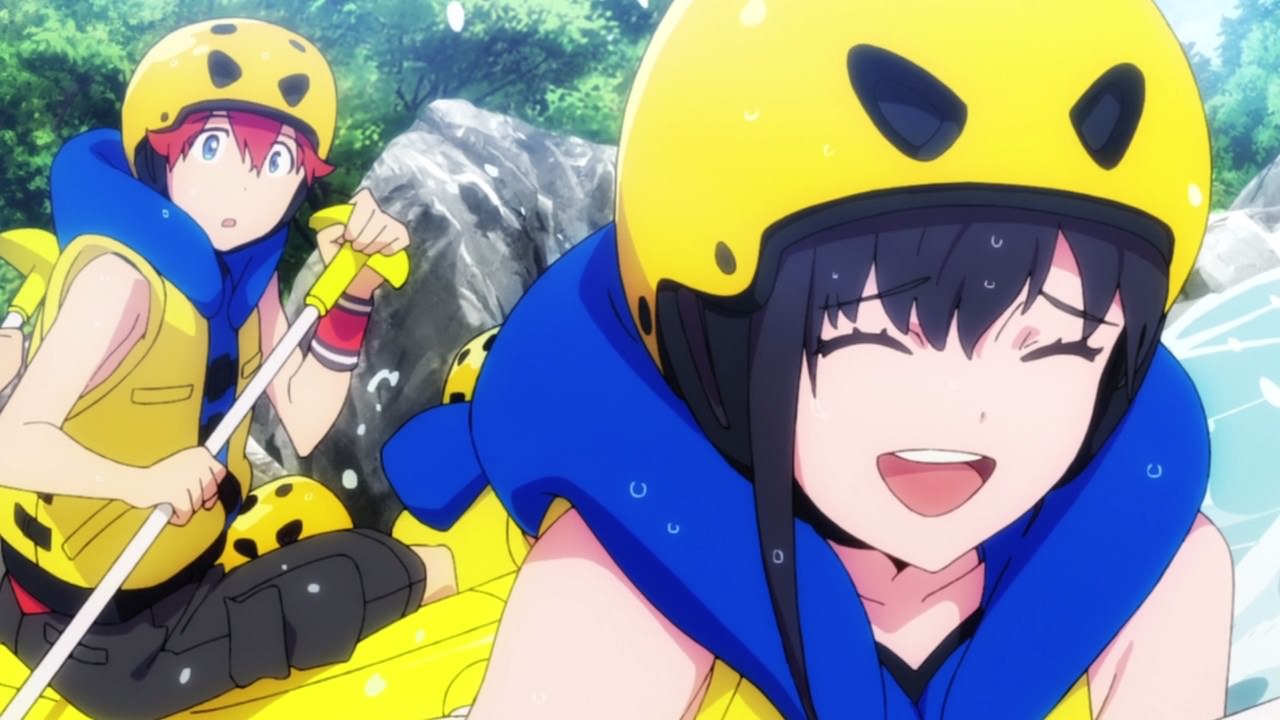 With that said, I’m hoping that this field trip will last for the entire episode because I want to see how Yuuta Hibiki would interact with Rikka Takarada. I mean, he’s in love with her! 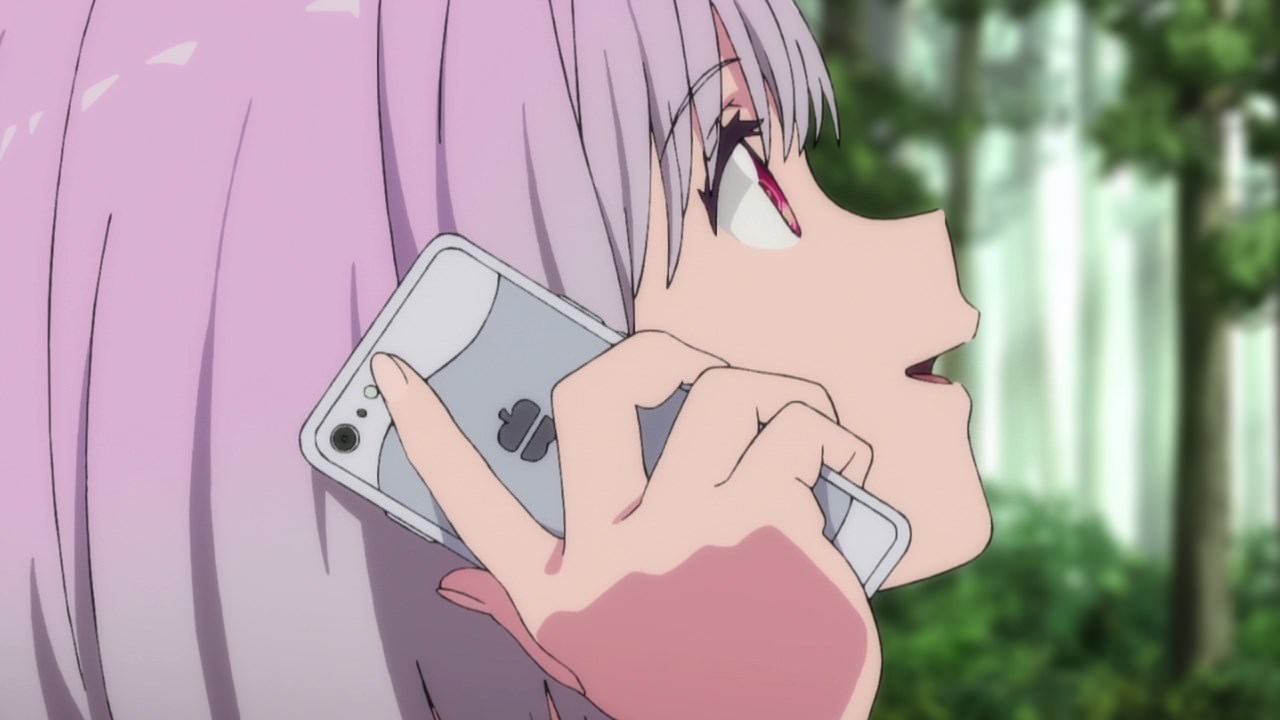 But then, a spanner has thrown as usual with Akane calling Alexis Kerib to summon a kaiju at the mountains ’cause she want to see how Gridman will react when a monster appeared outside Tsutsujidai. 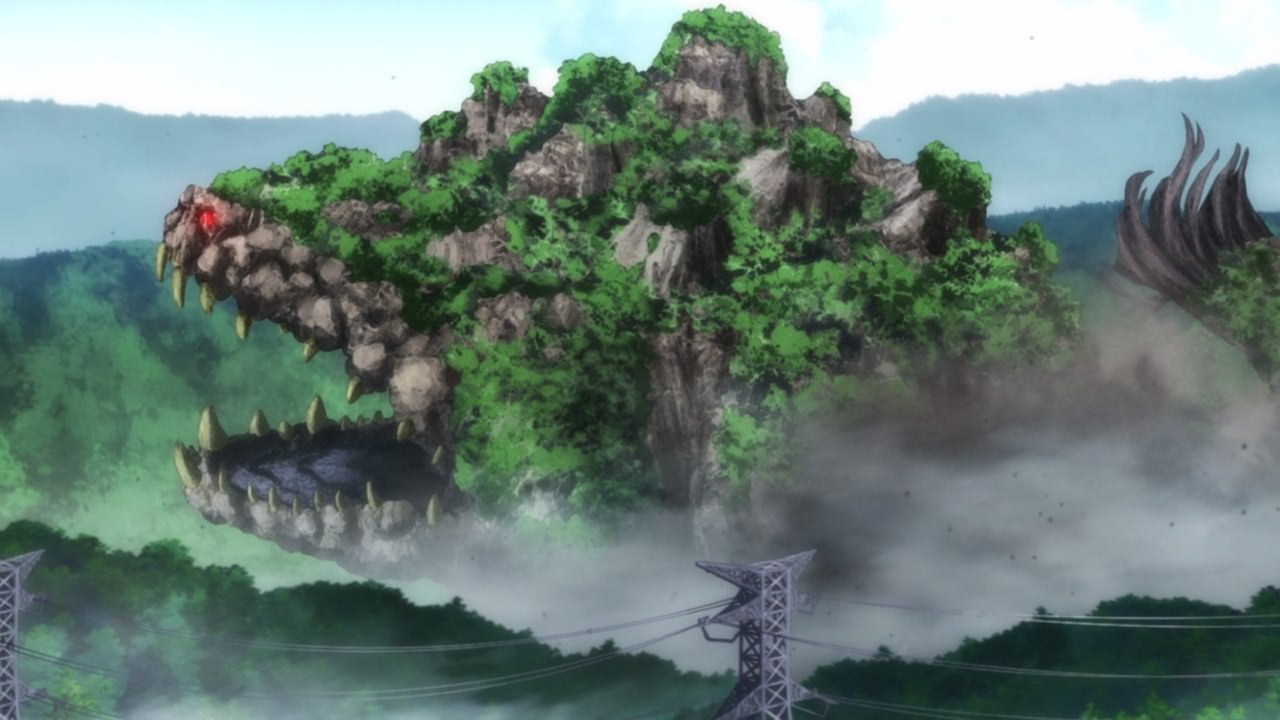 Oh, and Akane Shinjou want it bigger like the surrounding mountains. Damn, that was horrible coming from Shinjou! 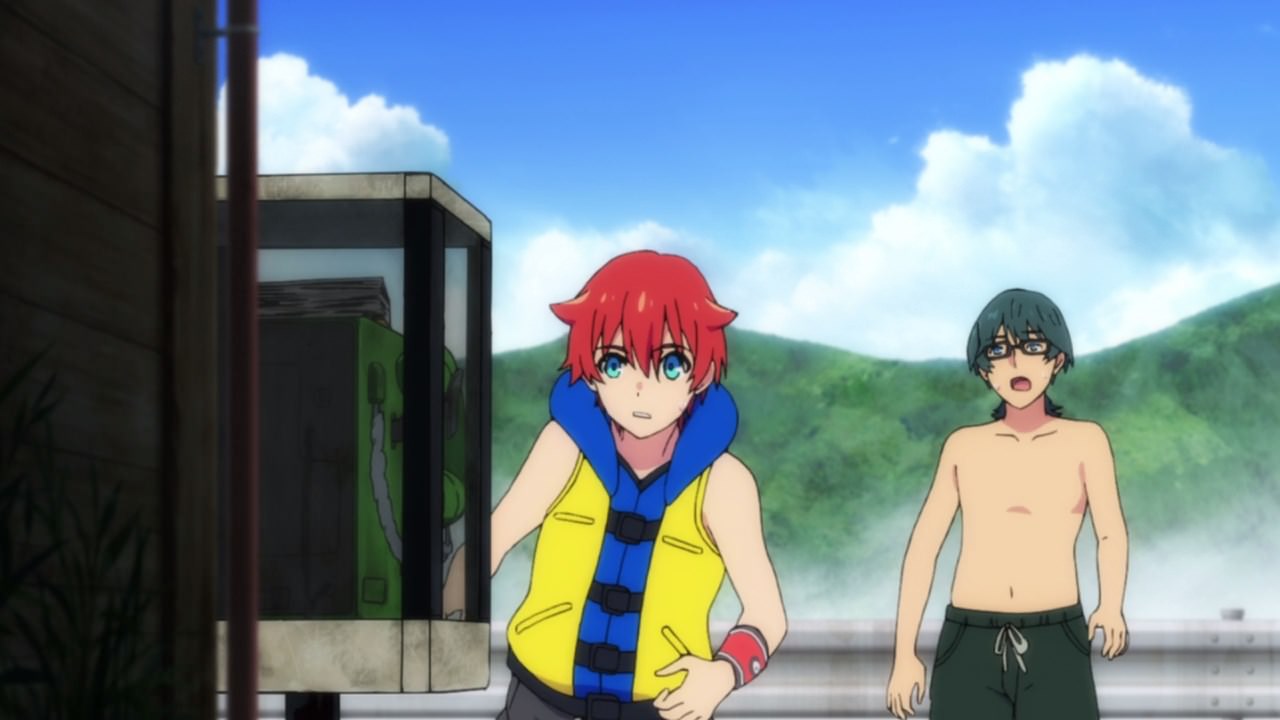 With that said, looks like Yuuta Hibiki and Shou Utsumi will have to cut their field trip short and call the Assist Weapons back in Tsutsujidai so that they can bring Junk to the mountains.

The problem is that they left their cellphone and they don’t know the phone number to Rikka Takarada’s home/junk shop. 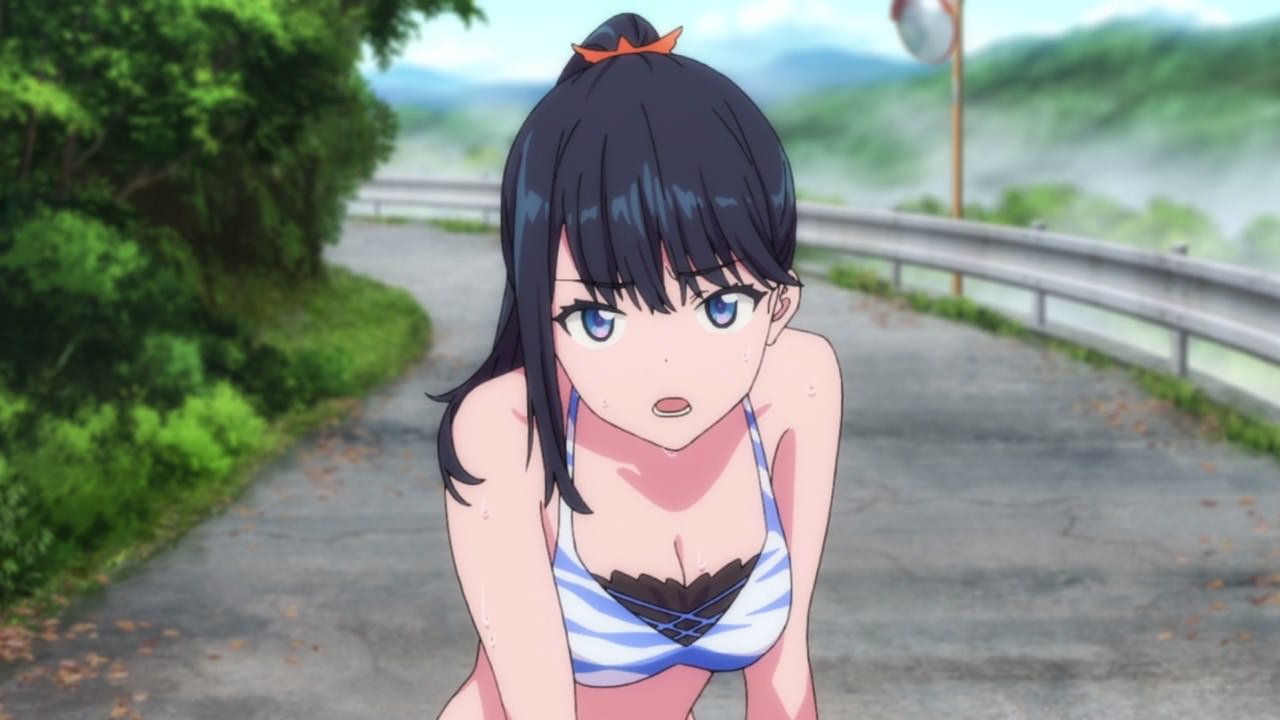 Fortunately, Rikka is here to call her mother because she knows her phone number to her house. Glad that she’s here to save these two boys from going back to Tsutsujidai on foot. 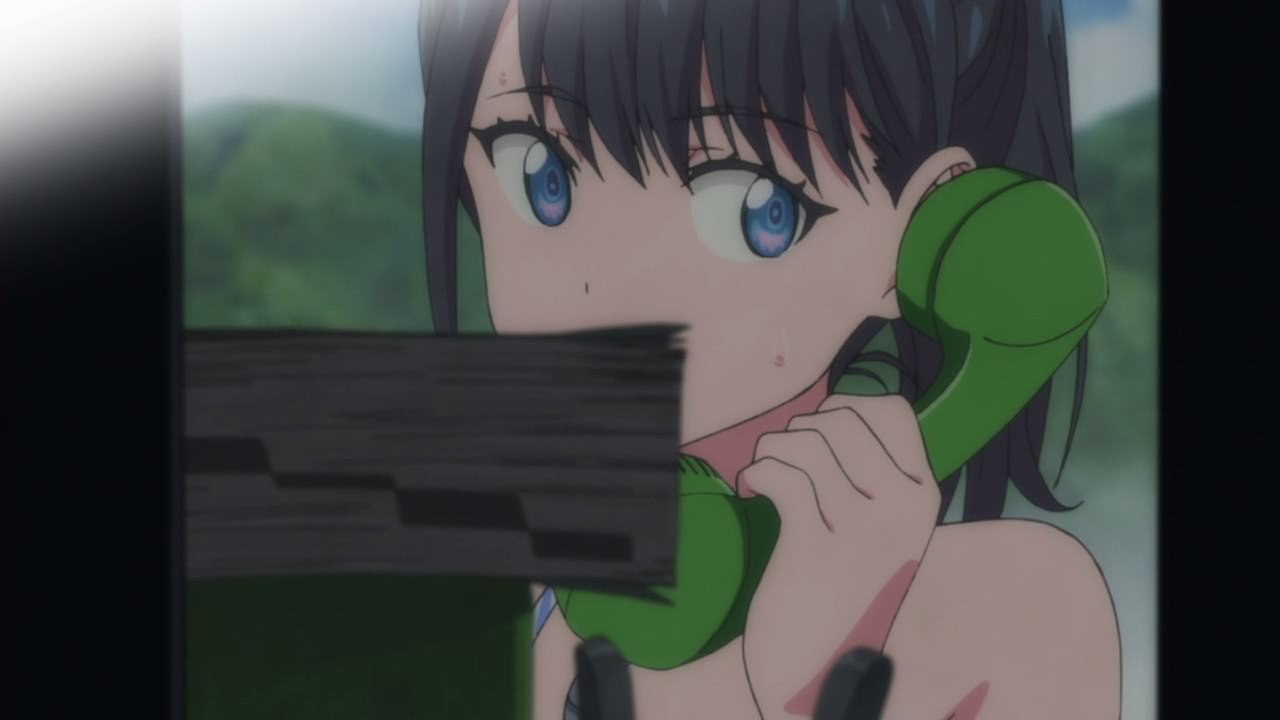 Anyways, Rikka called her mother and asked if Samurai Calibur and the rest are still inside the junk shop. 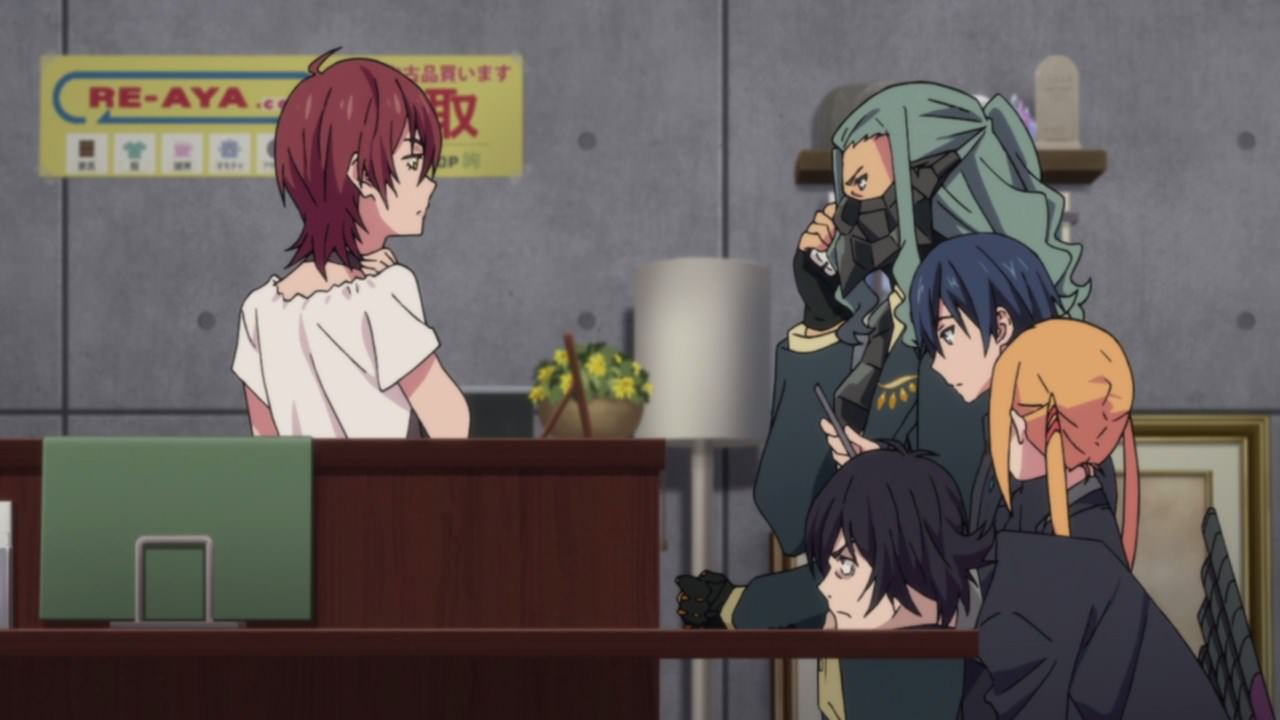 Fortunately, they’re still inside the junk shop as Max picks up the phone and told them that they’re on their way.

Glad that the Assist Weapons will come to their aid, but the problem is that the Junk computer is very bulky and it’s a pain in the ass to power it up. Oh, and it’s expensive too as Rikka’s mother told them that it costs around 35,000 yen. 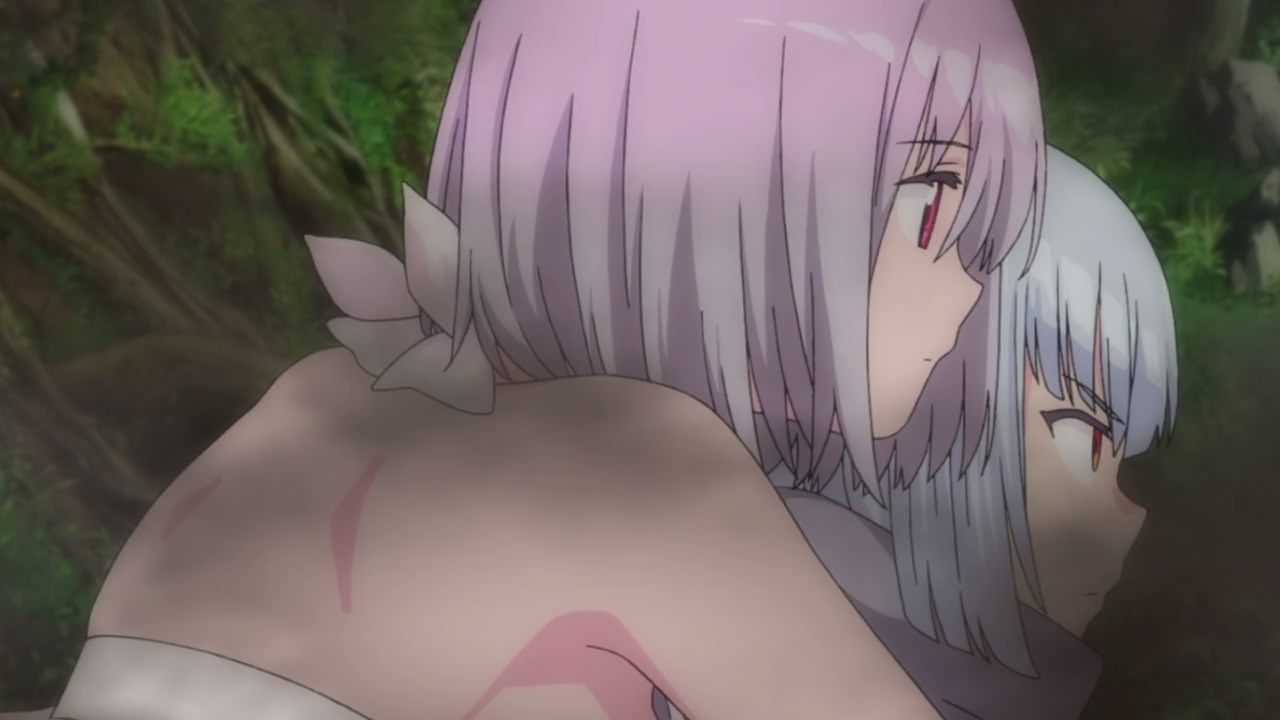 Meanwhile, Akane Shinjou is being carried by Anti to safety as it’s dangerous to stay in the mountains when her creation is attacking everyone.

I mean, it would be bad if Akane got killed by a kaiju. But more importantly, gotta say that despite being called as trash by Shinjou, Anti won’t leave her behind as he rescues her. 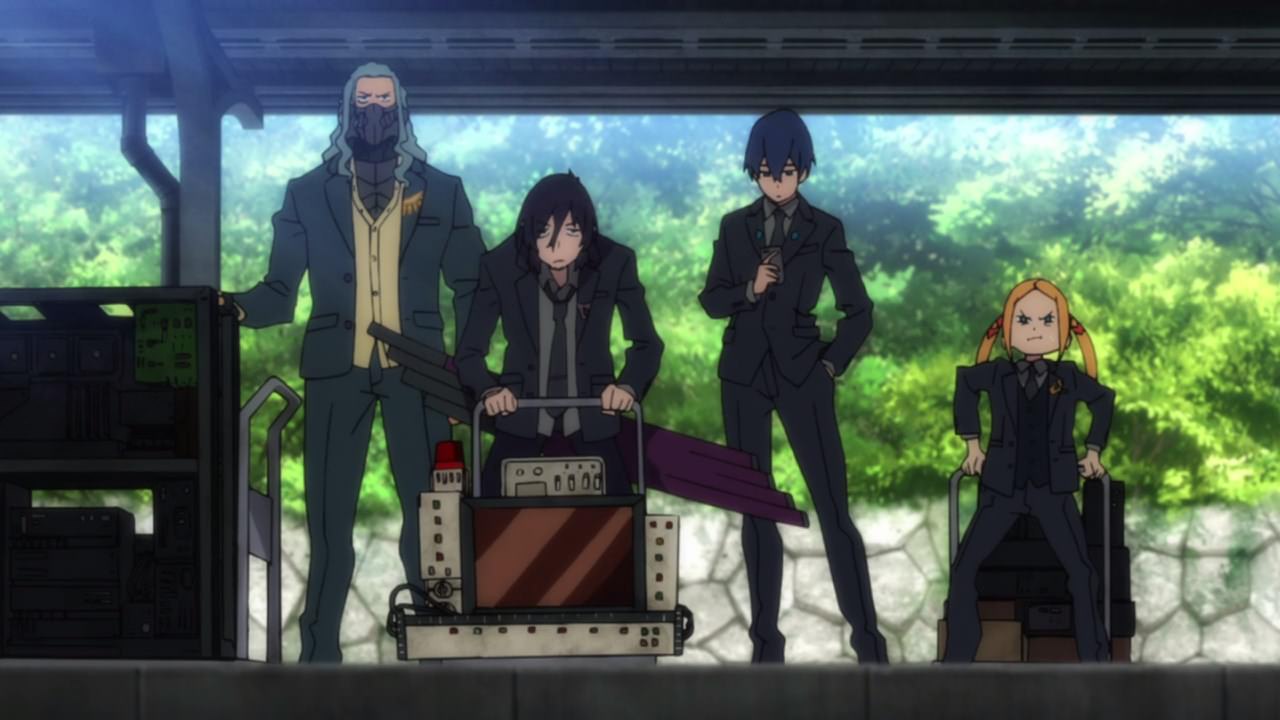 Now then, the boys from Neon Genesis Junior High School have arrived in the mountains. But then again, how will they hook up Junk when there’s little electricity? 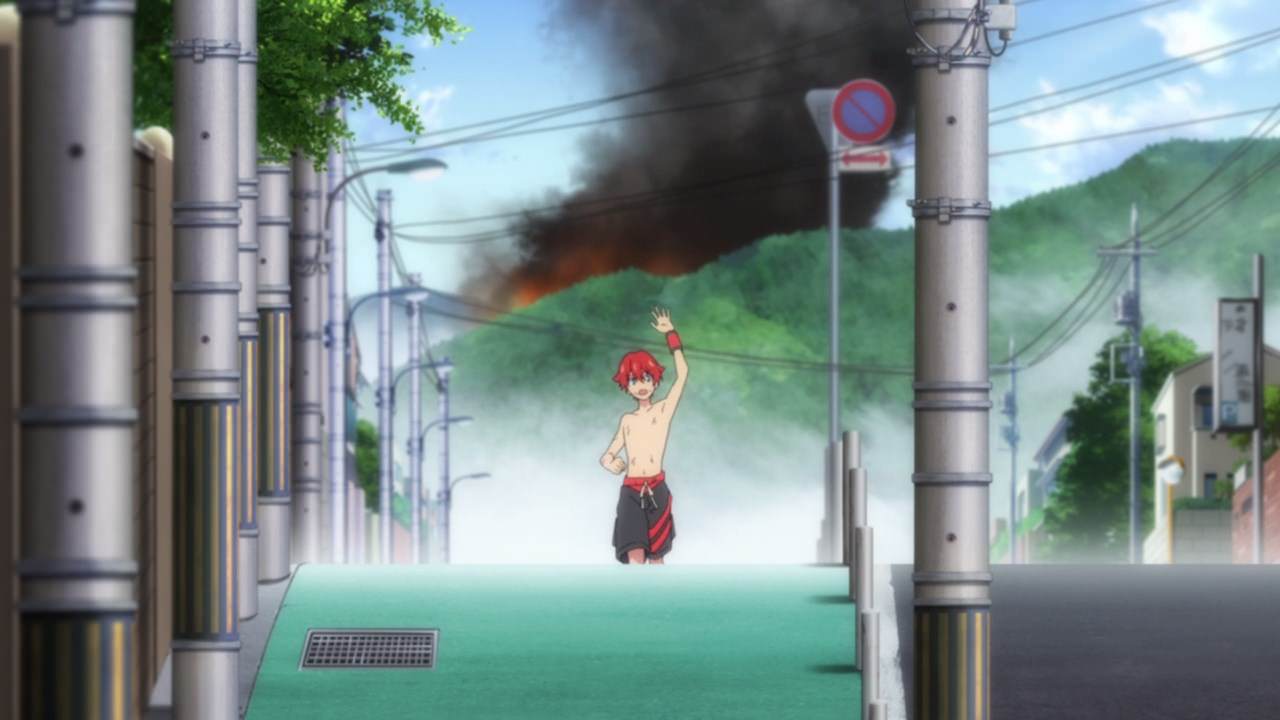 Oh, and Yuuta Hibiki is here and ready to transform but seriously, how will Samurai Calibur and the rest will power up Junk in the middle of nowhere?

Unless a local folk will help them out, it’s impossible for Yuuta to transform into Gridman. 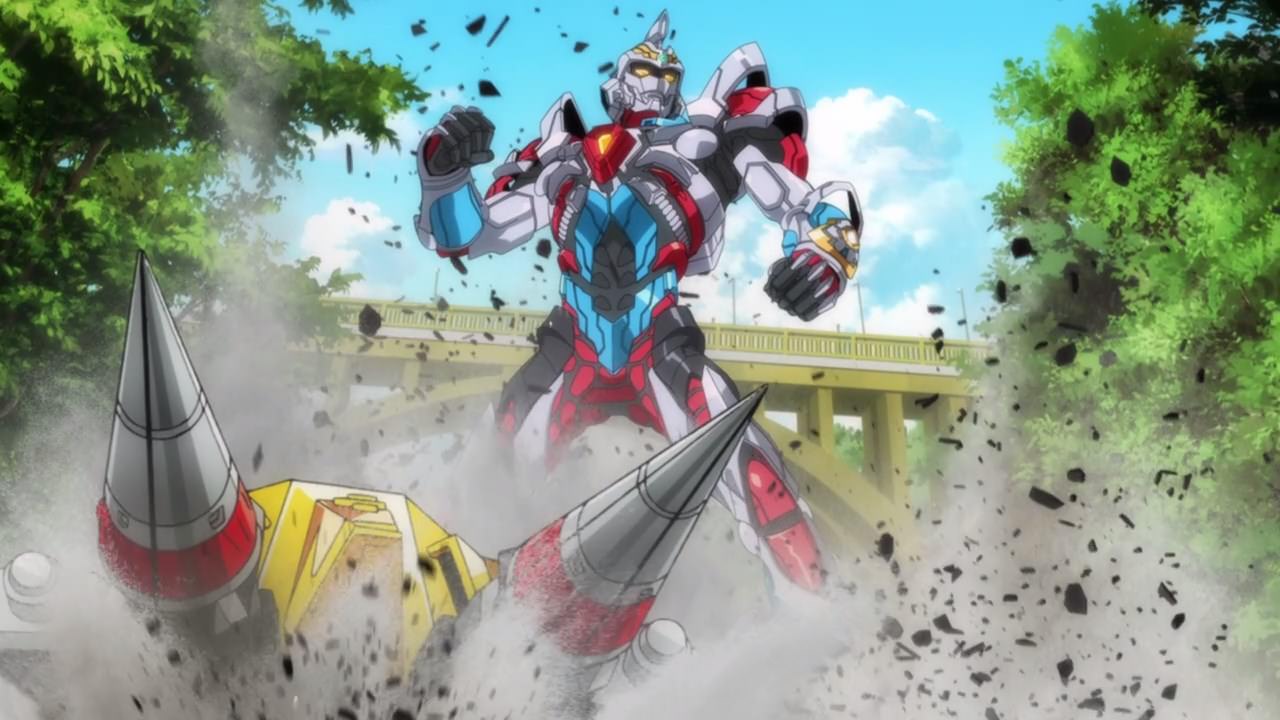 But in a stroke of luck, someone help them out and managed to hook the computer into a power outlet, thus Yuuta Hibiki transforms into Gridman while Borr transforms into a drill tank called Buster Borr. 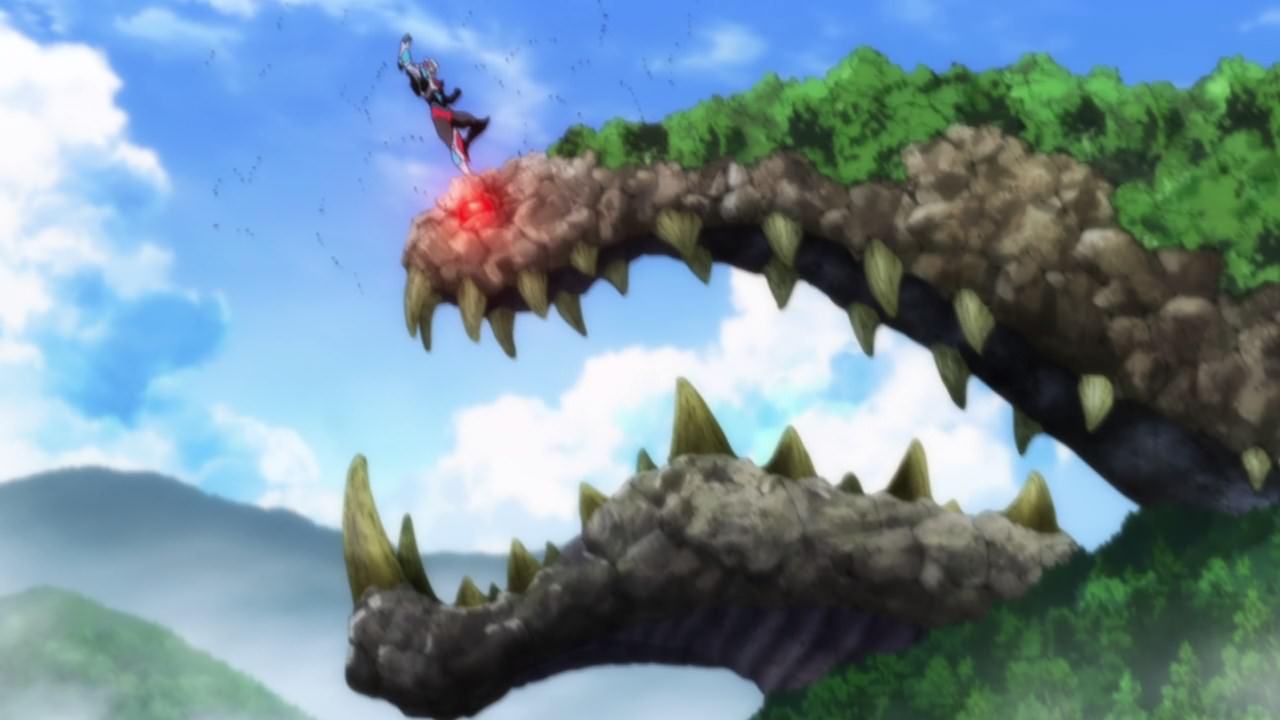 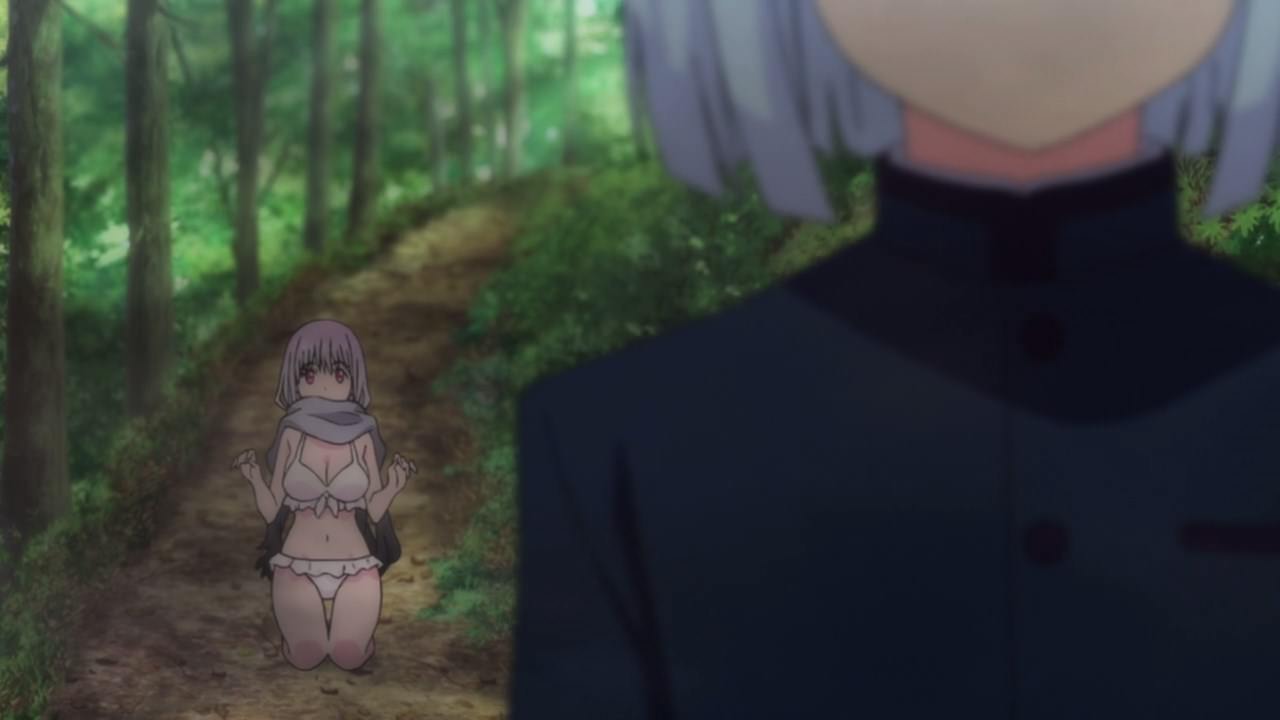 On the other hand, seems that his Gridman-slaying senses are tingling as Anti leave Akane Shinjou behind because he’ll about to take on Gridman again.

Um Anti, don’t leave Akane like that unless you managed to put her into a safe place before taking on the hyper agent! 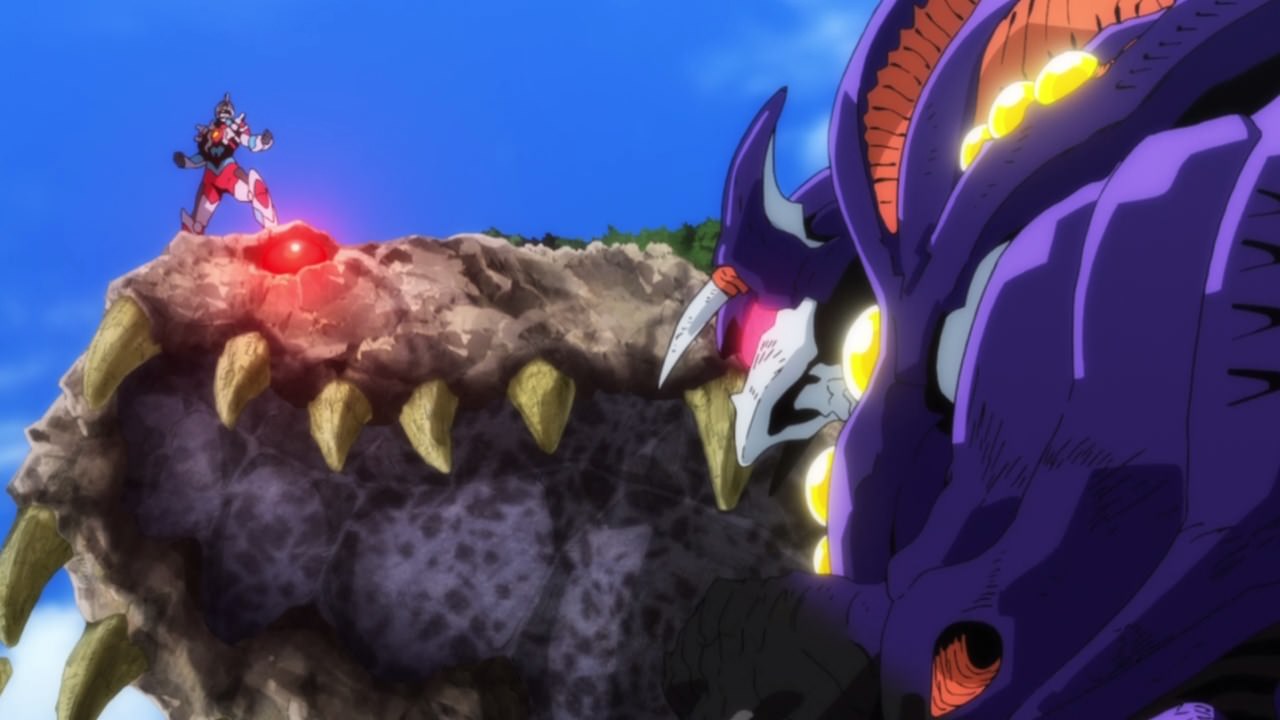 With that said, Anti joins the fray and I must say that it’s a pain in the ass for Gridman to tackle both kaijus at the same time. 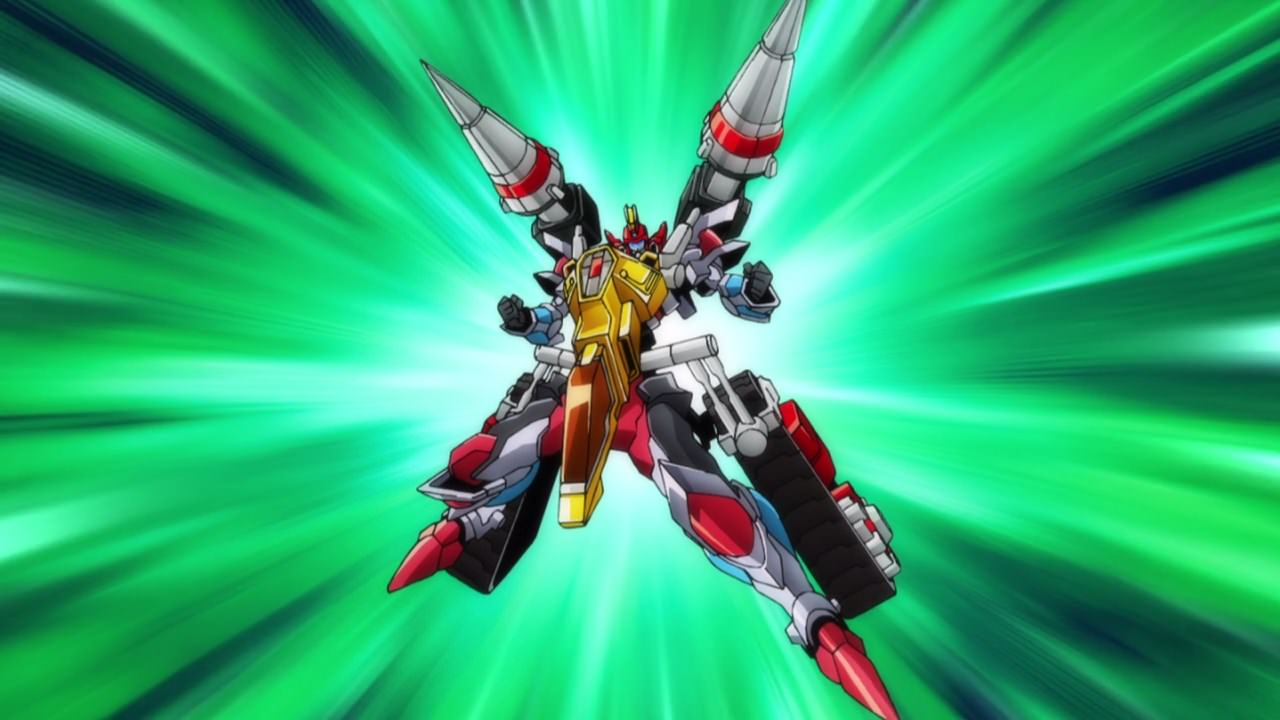 So, the only thing left to do is to have the hyper agent merge with Buster Borr to become Buster Gridman. 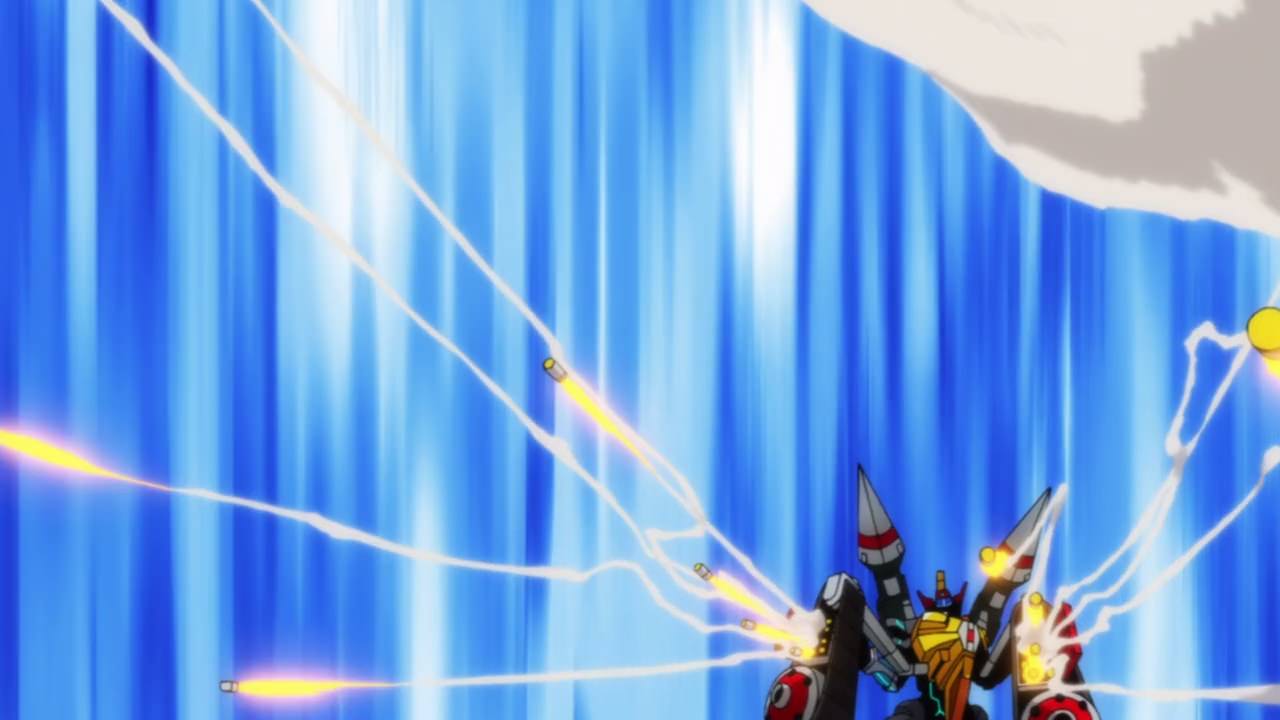 Oh, and the only thing that Buster Gridman can do is to fire a salvo of missiles and gatling guns at both kaijus. 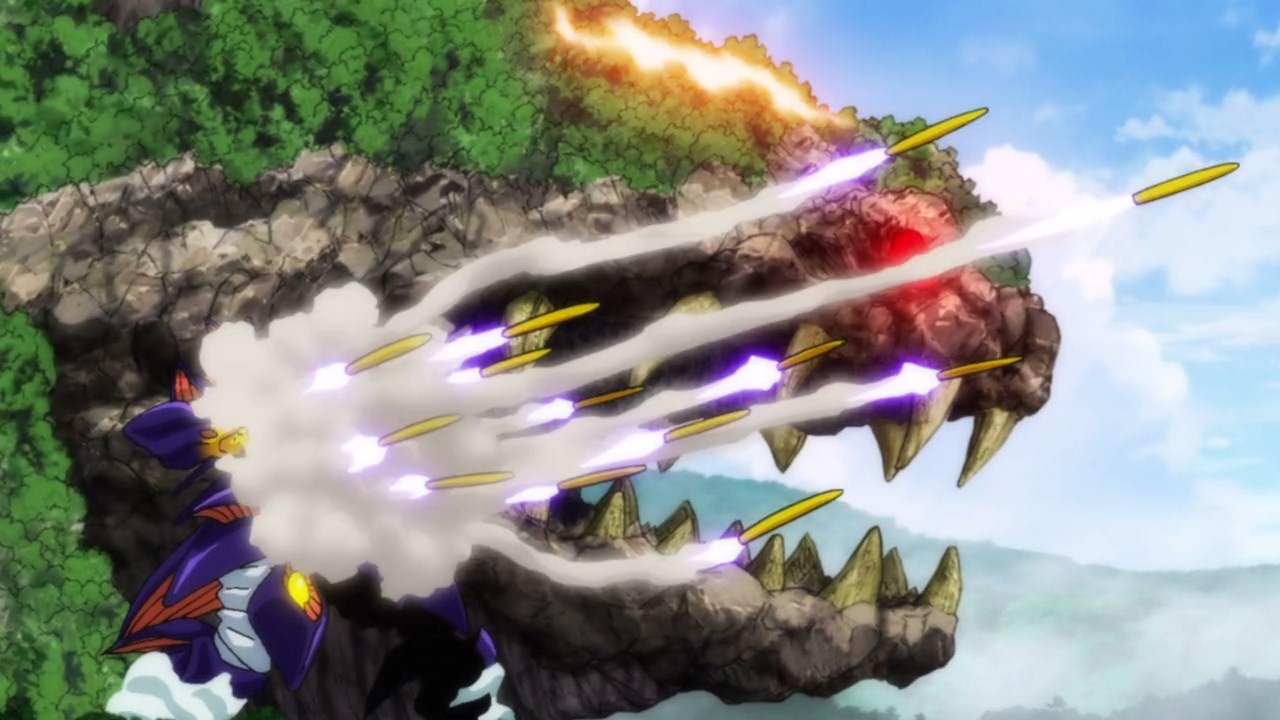 However, Anti will show Gridman that he can do it too as this kaiju can fire a salvo of missiles. Really, Anti can copy Gridman’s abilities!? 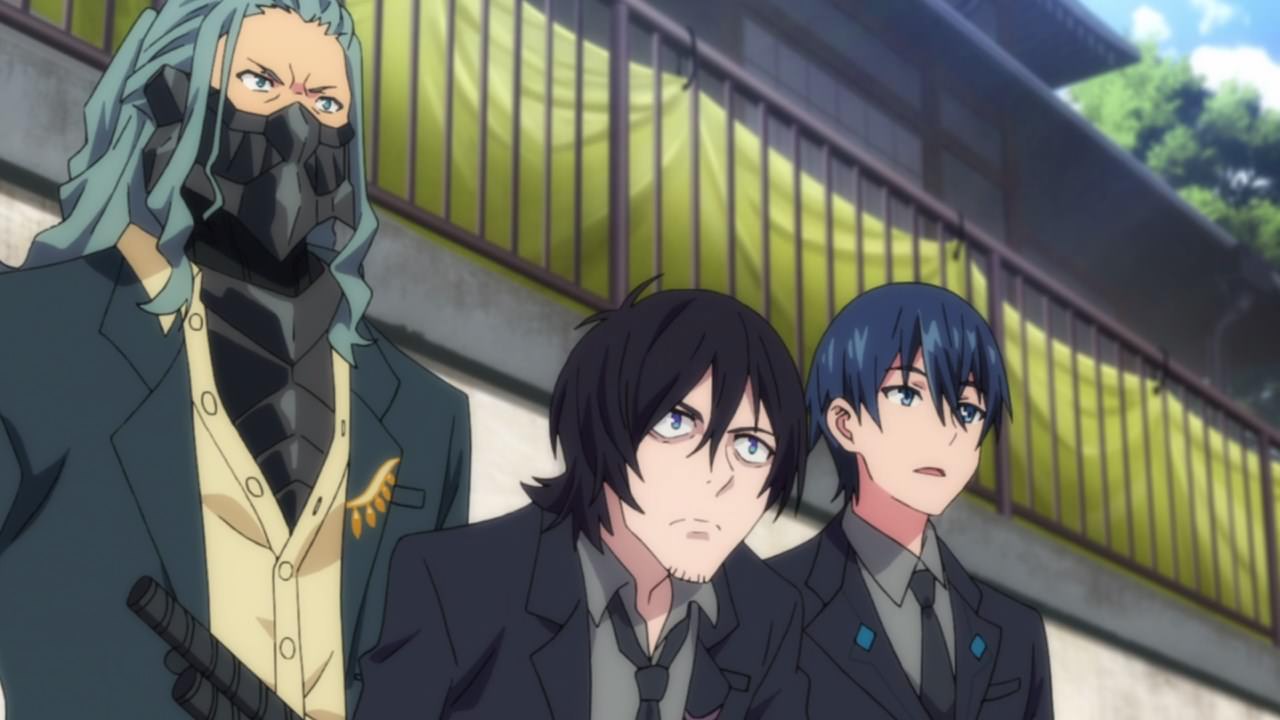 Even the boys from Neon Genesis Junior High School are making a snark comment that Anti is ripping-off Gridman’s powers.

But enough talk about Anti as it’s time to stop this giant kaiju from destroying the mountains and Tsutsujidai. 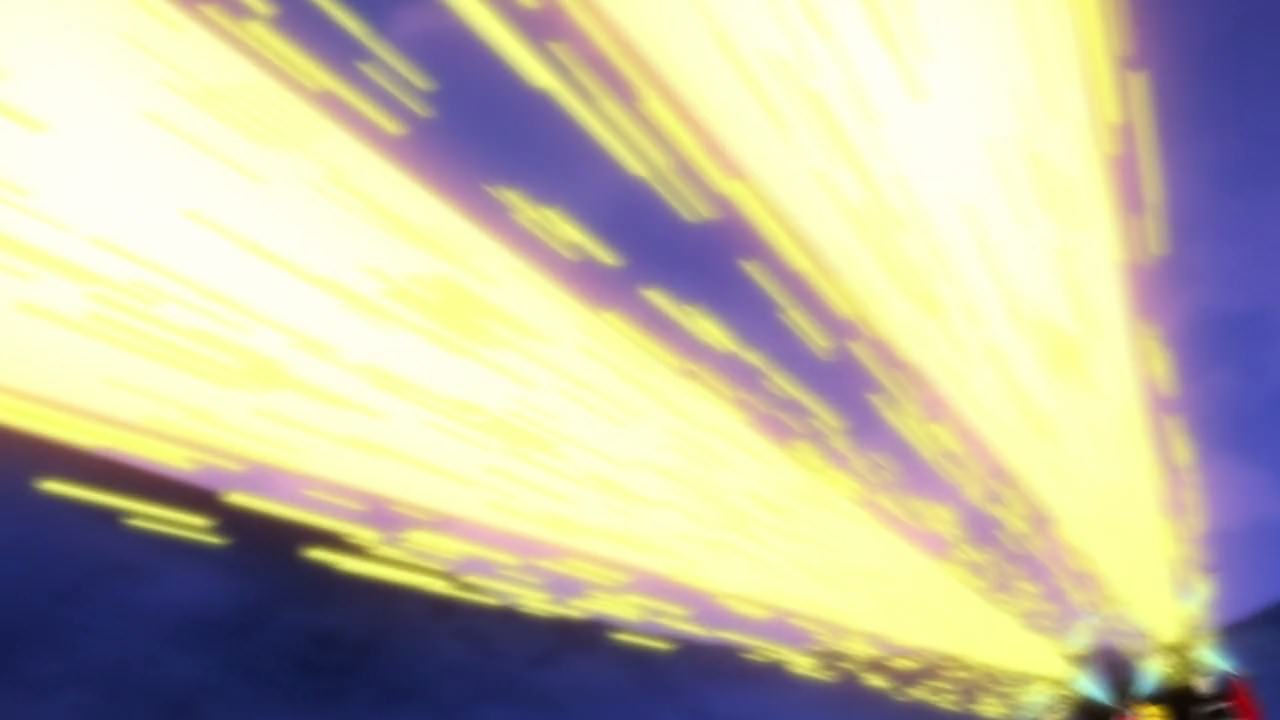 And the only way for Buster Gridman to stop that kaiju is to fire its Twin Buster Grid Beam. 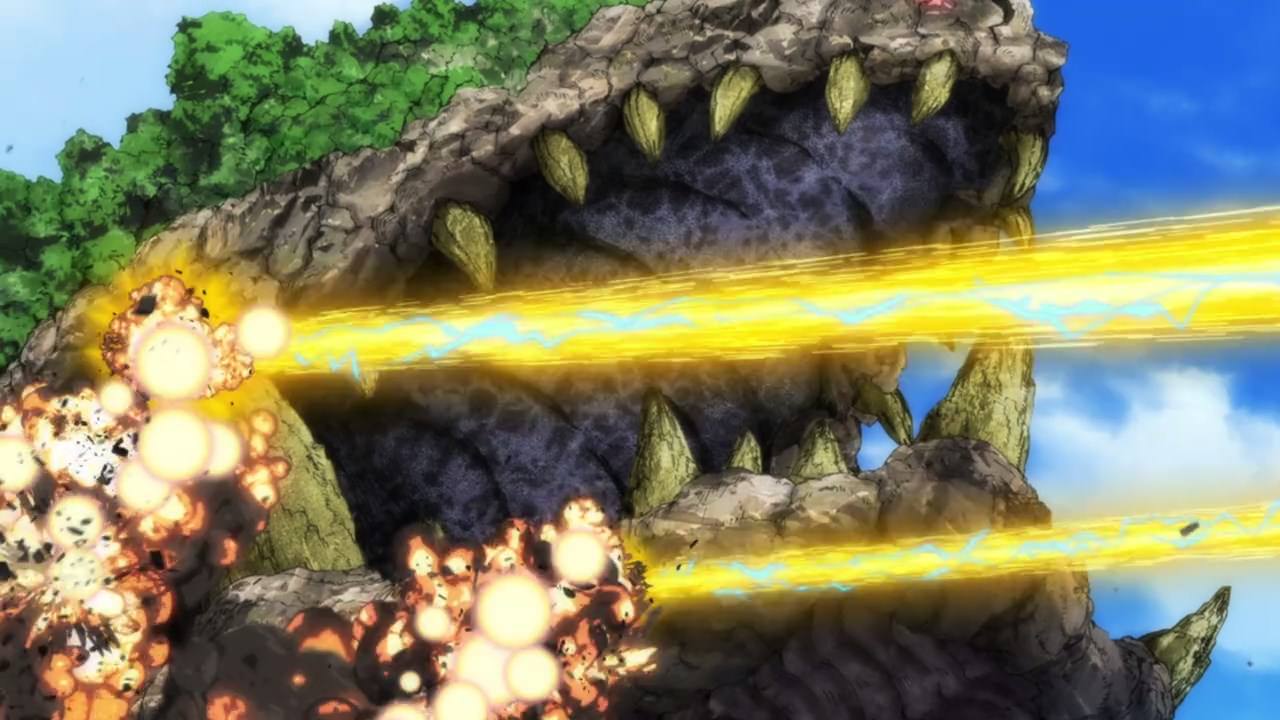 And here’s the mountain-size kaiju at it’s being destroyed by Buster Gridman until it crumbles into nothing. As for Anti however, seems that he couldn’t maintain his form again and escaped. 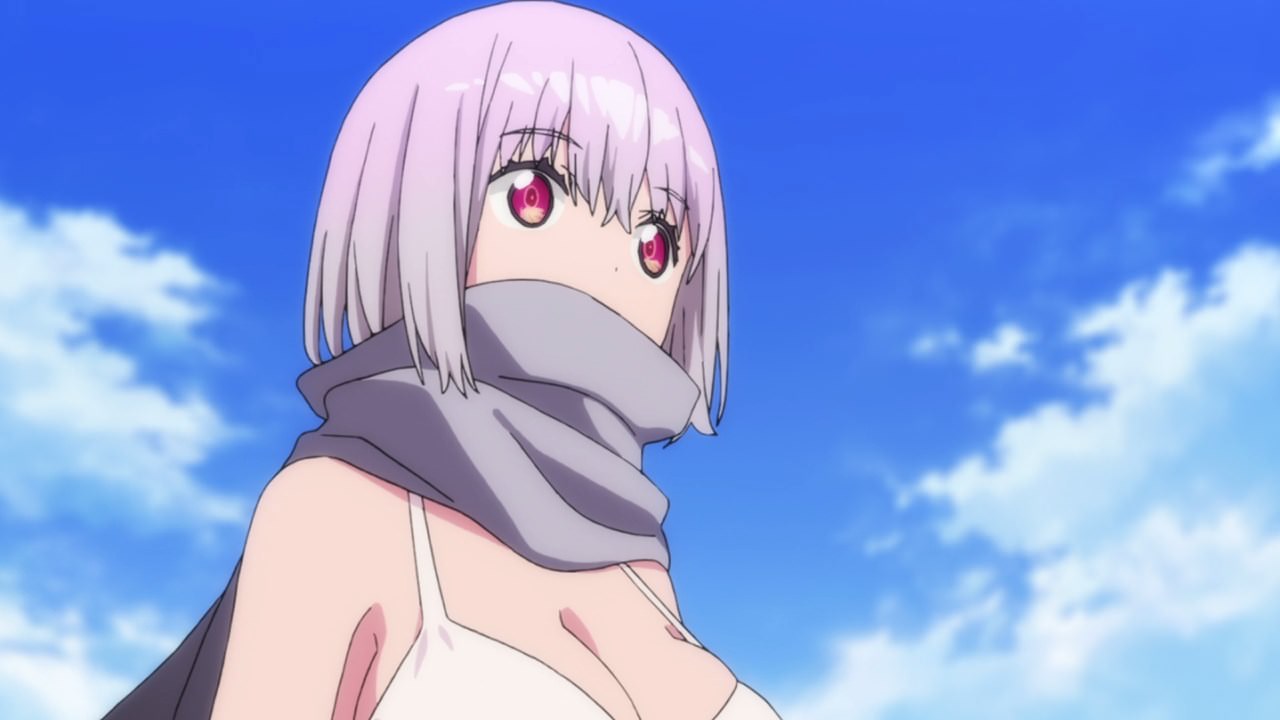 Meanwhile, Akane is surprised that Gridman managed to beat her latest creation in the mountains.

Of course, I fear that she’ll become more dangerous in future episodes as she’s no longer sending monsters to kill people that are found annoying to her. In fact, Akane Shinjou is sending kaiju just for the hell of it! 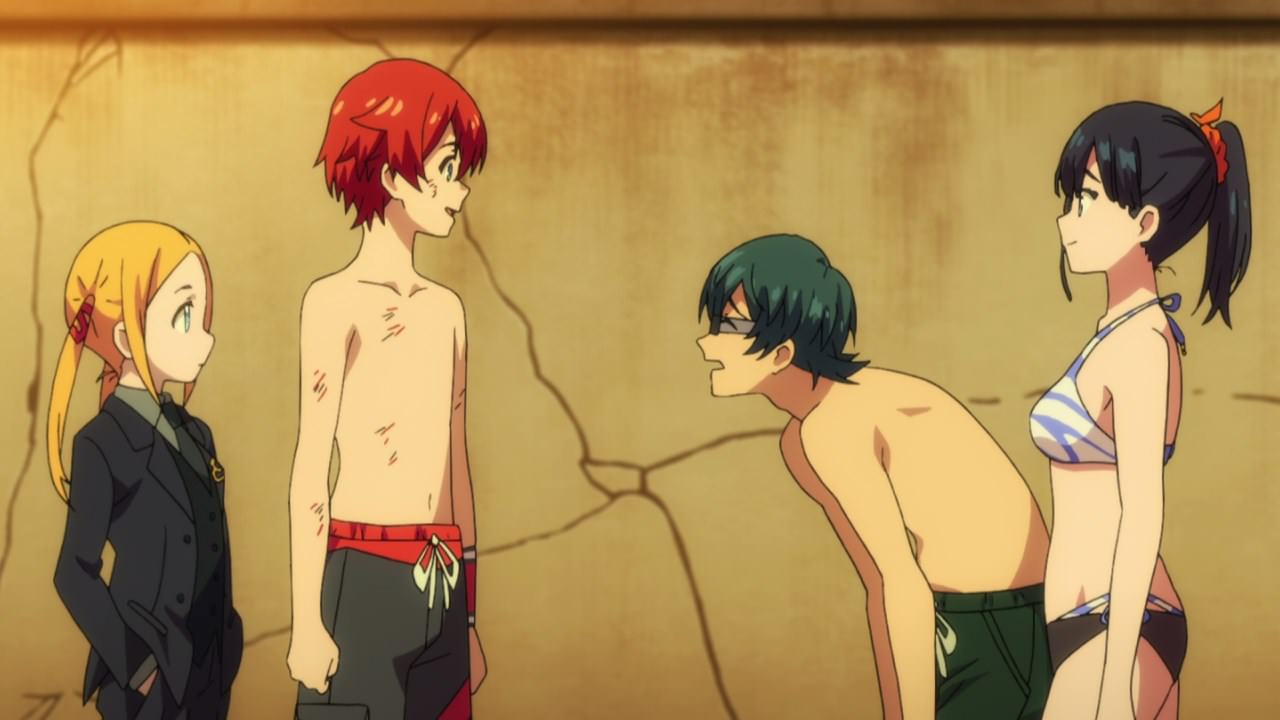 For now, everyone is safe in the mountains as Yuuta Hibiki is reunited with both Shou Utsumi and Rikka Takarada. All’s well that ends well for this episode! 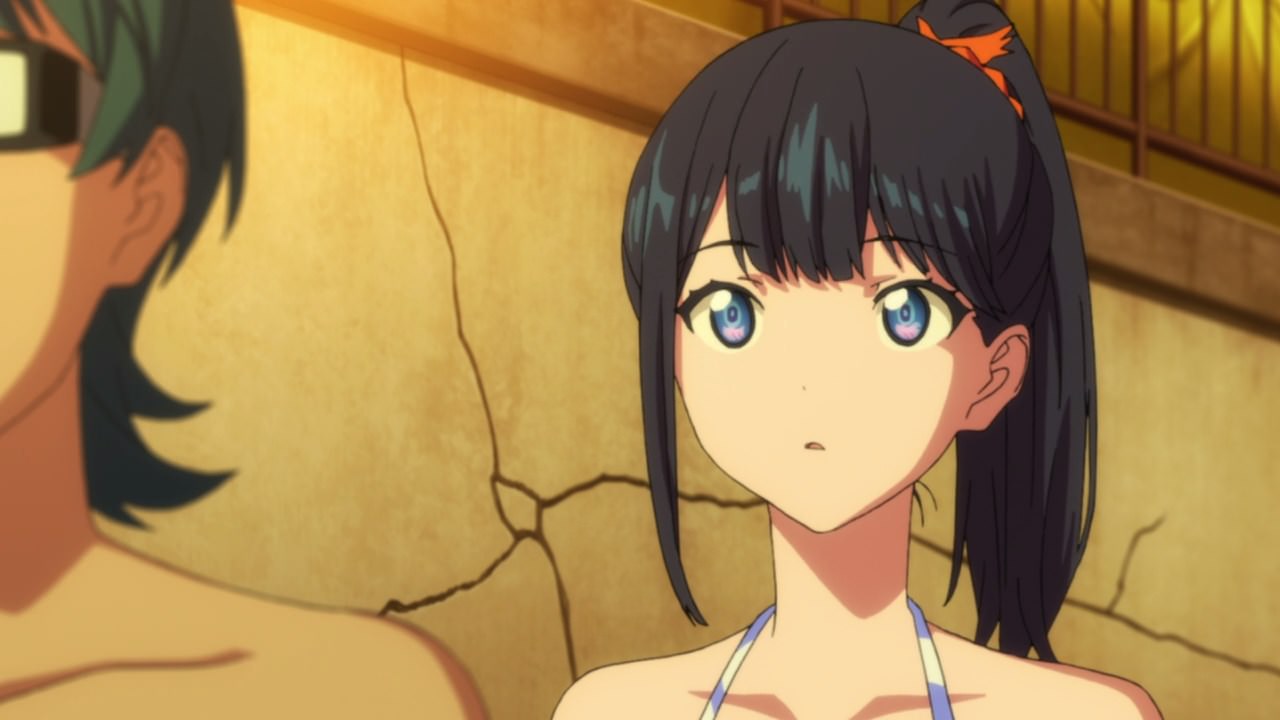 However, seems that Rikka saw something suspicious over there. What could it be? 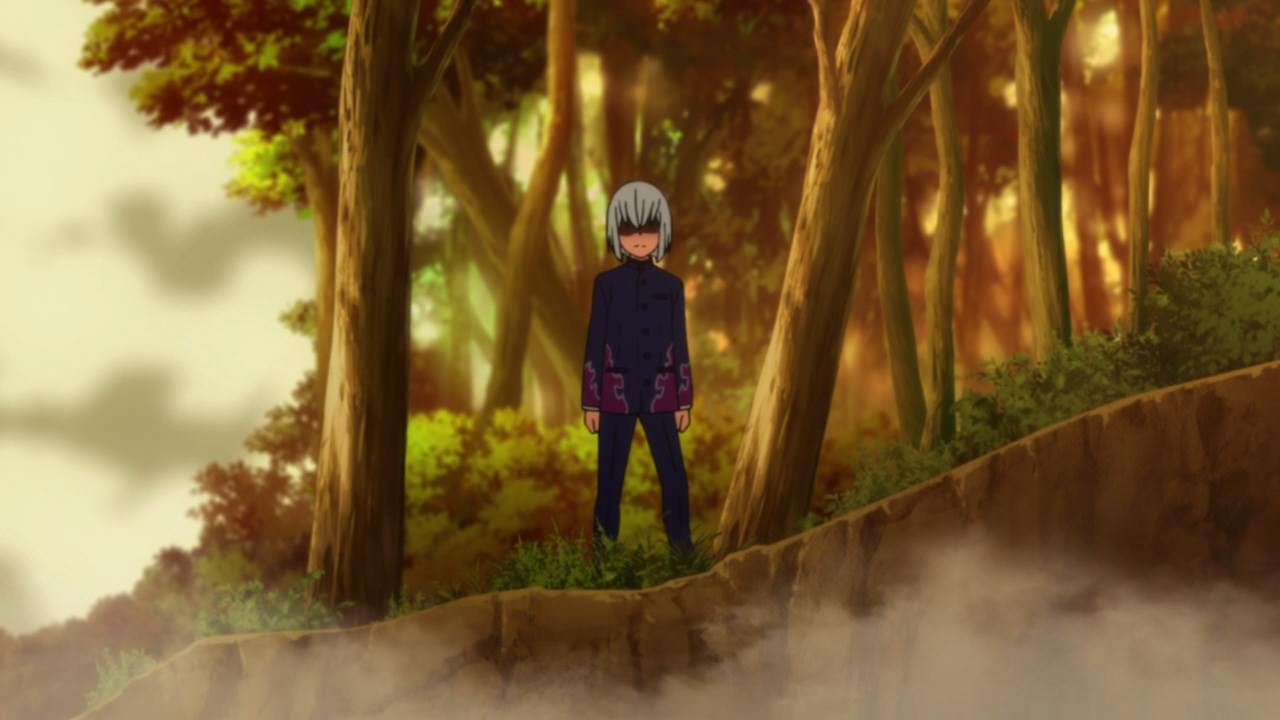 Why it’s none other than Anti as he’s staring at Rikka. Of course, Anti is fixated on defeating Gridman because that’s how he lives for. 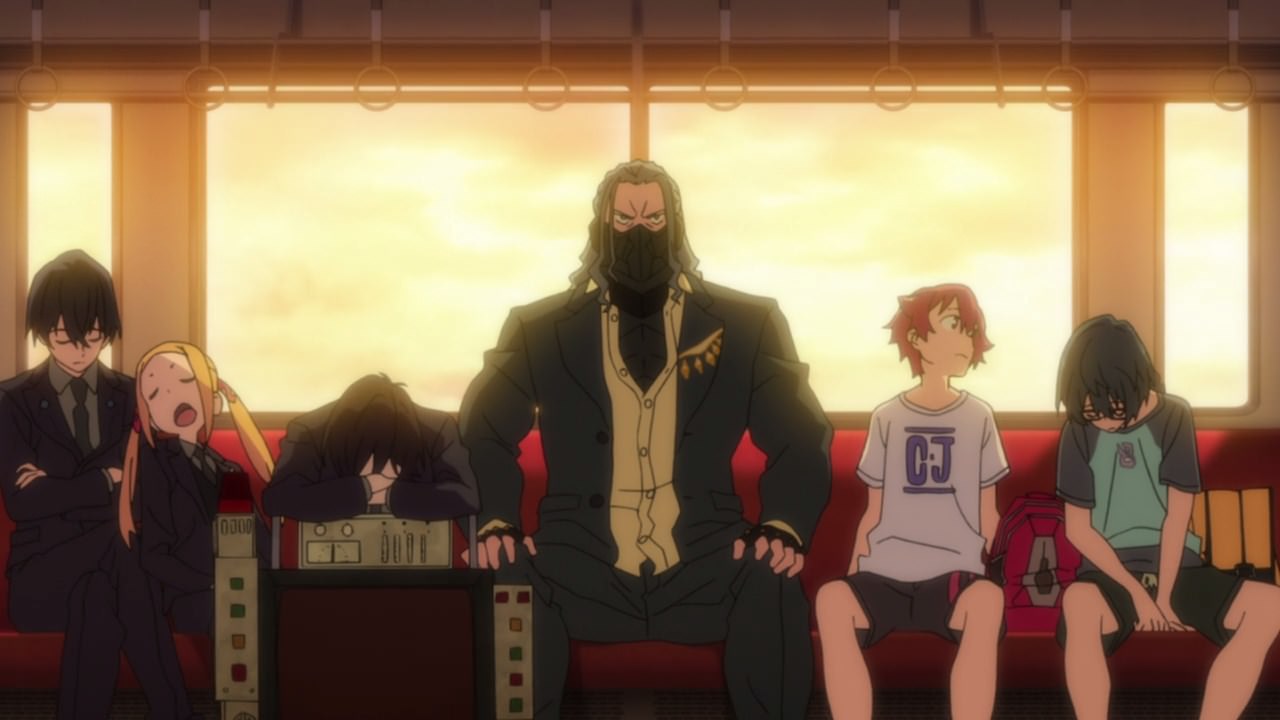 Anyways, looks like it’s time for the Gridman Alliance to go home as I’ll see you next time!

Then again, I think they need to figure it out on how to make Junk portable as well as making it powerful so that all 4 Assist Weapons can enter the battlefield.