Posted on November 5, 2018 by benigmatica 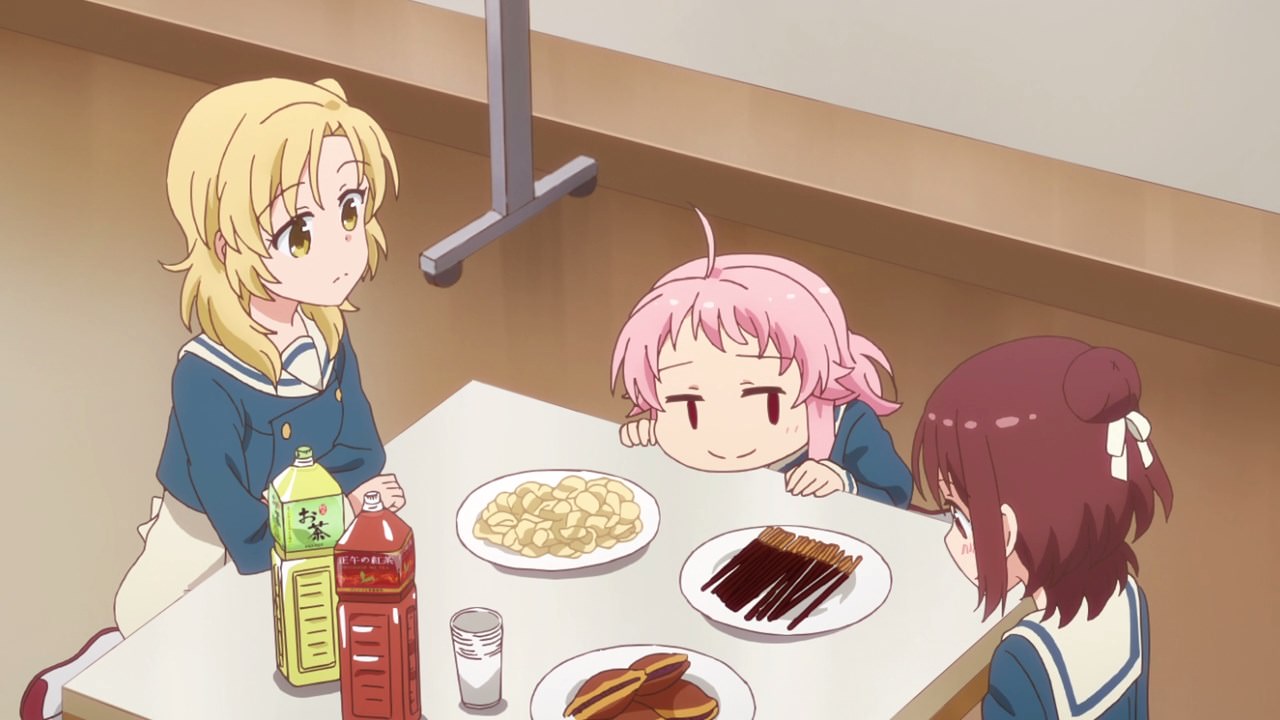 Hey everyone, seems that Kotetsu Tatejima has finally joined the cheerleading association, but it still needs one more member to become an official club.

On the other hand, looks like Kohane Hatoya is starting to get lazy. C’mon Kohane, this is a club room, not your bedroom! 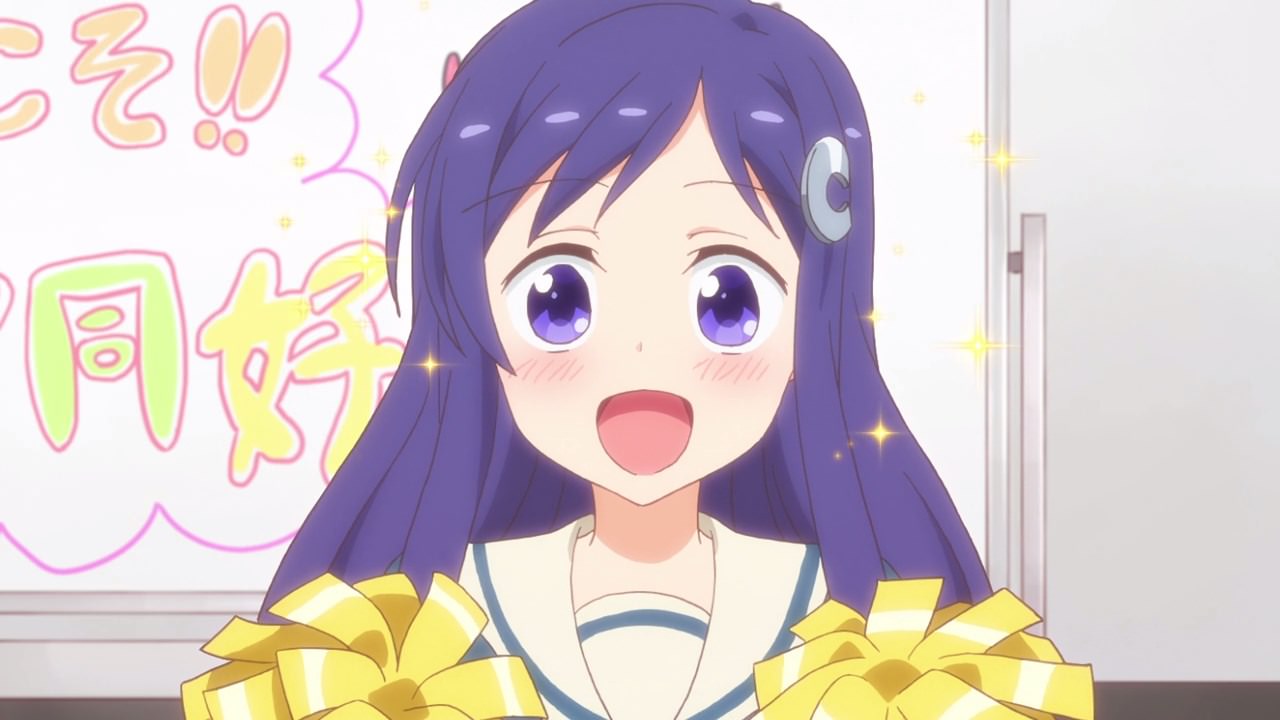 But once Hizume Arima steps in and do her thing, everyone follows thanks to her energetic smile. 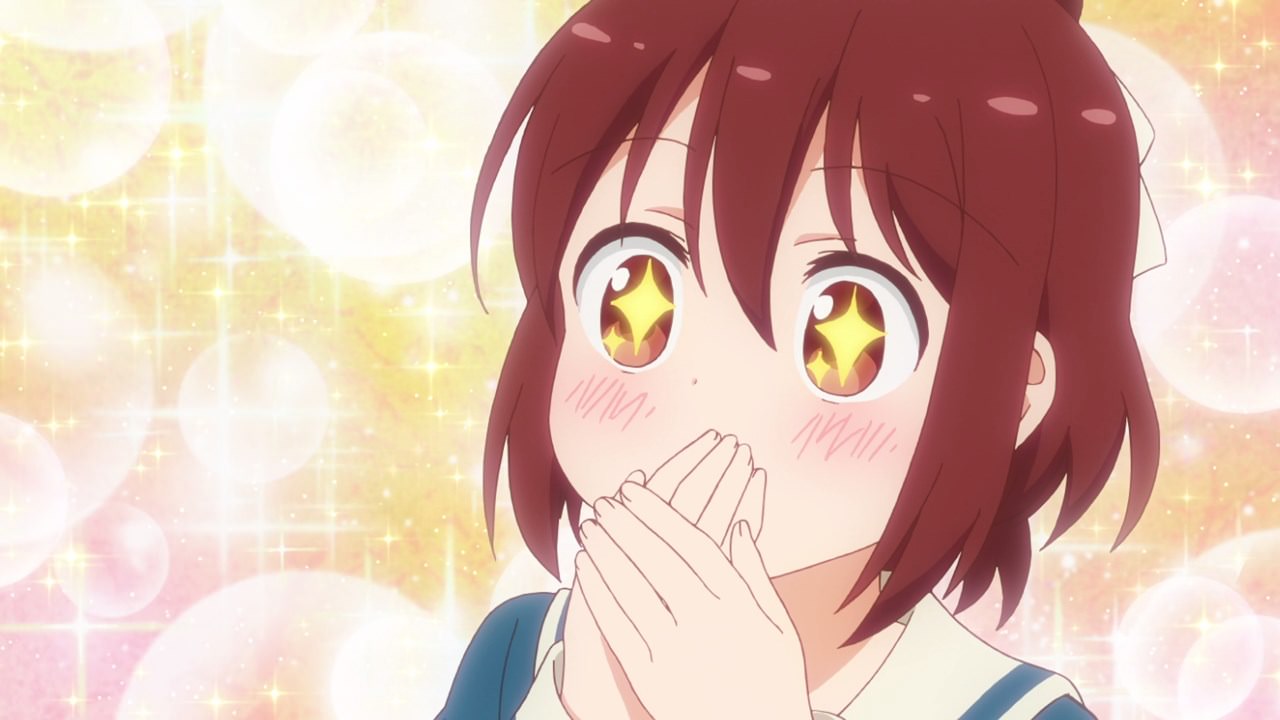 Even Kotecchan is struck by Hizume’s smile that she wants to do cheerleading. Oh Tatejima-san… 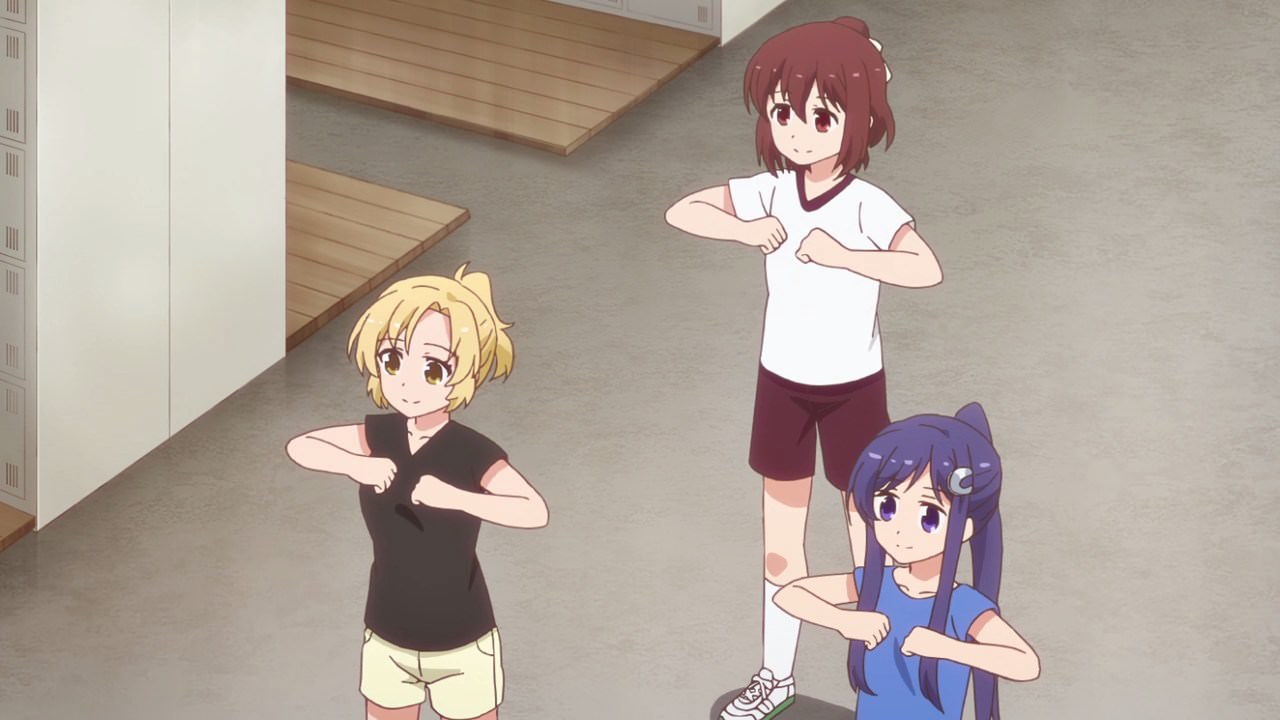 But first, it’s time to do some stretching and simple arm motions. Gotta do some basics first before doing stunts. 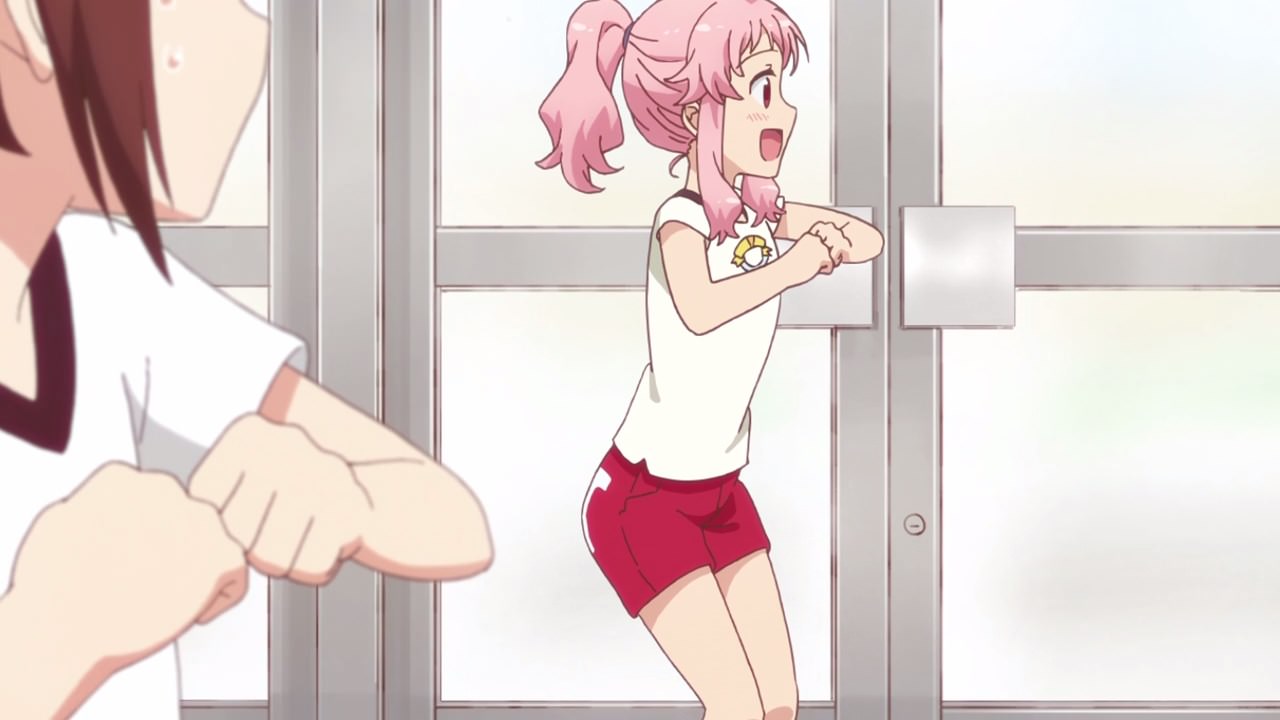 Then again, there’s Kohane Hatoya who’s not good when it comes to physical prowess compared to Uki Sawatari and Hizume Arima. But hey, at least Kohane has the enthusiasm to cheer everyone! 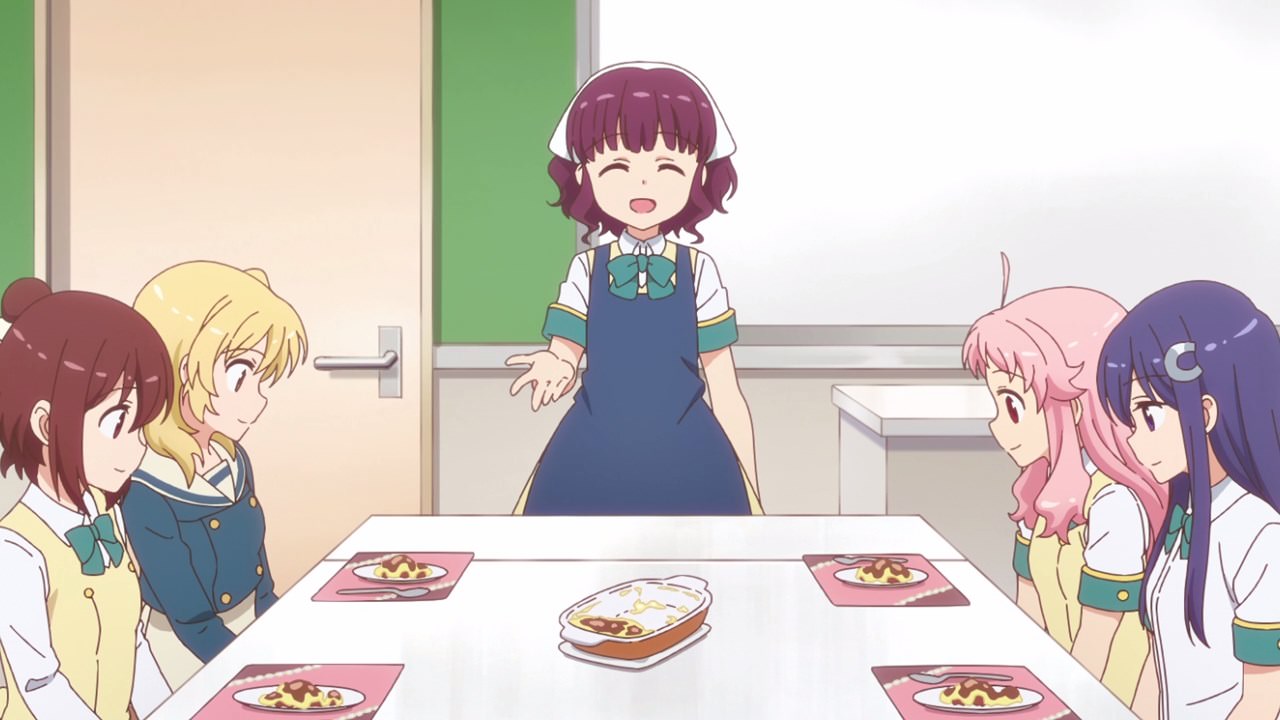 Meanwhile, the cheerleading association got a call from the home economics club to test out their latest dish.

Basically, they’re not gonna cheer for them because it’s weird. Also, Kohane and the rest are wearing summer uniforms… except for Uki Sawatari in which she forgot about it. 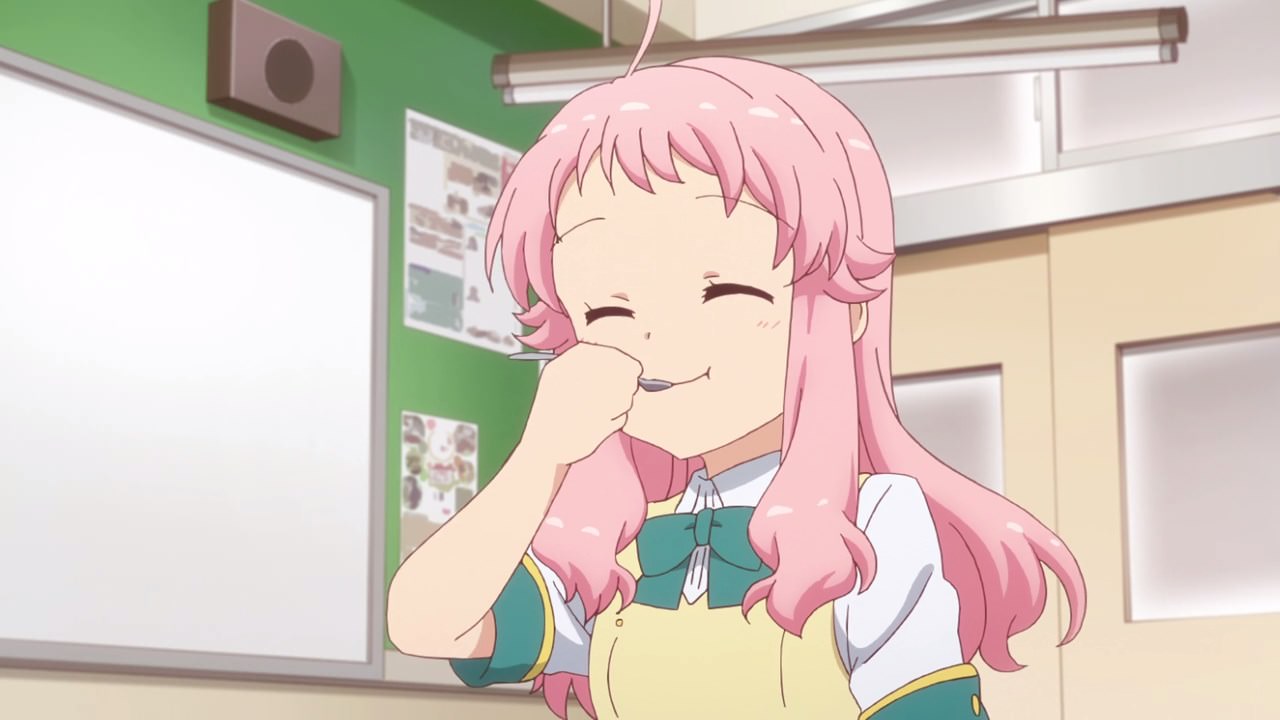 But anyways, it’s time for Kohane Hatoya to try out their home-cooked meals because Kohane wants to give them a helping hand. 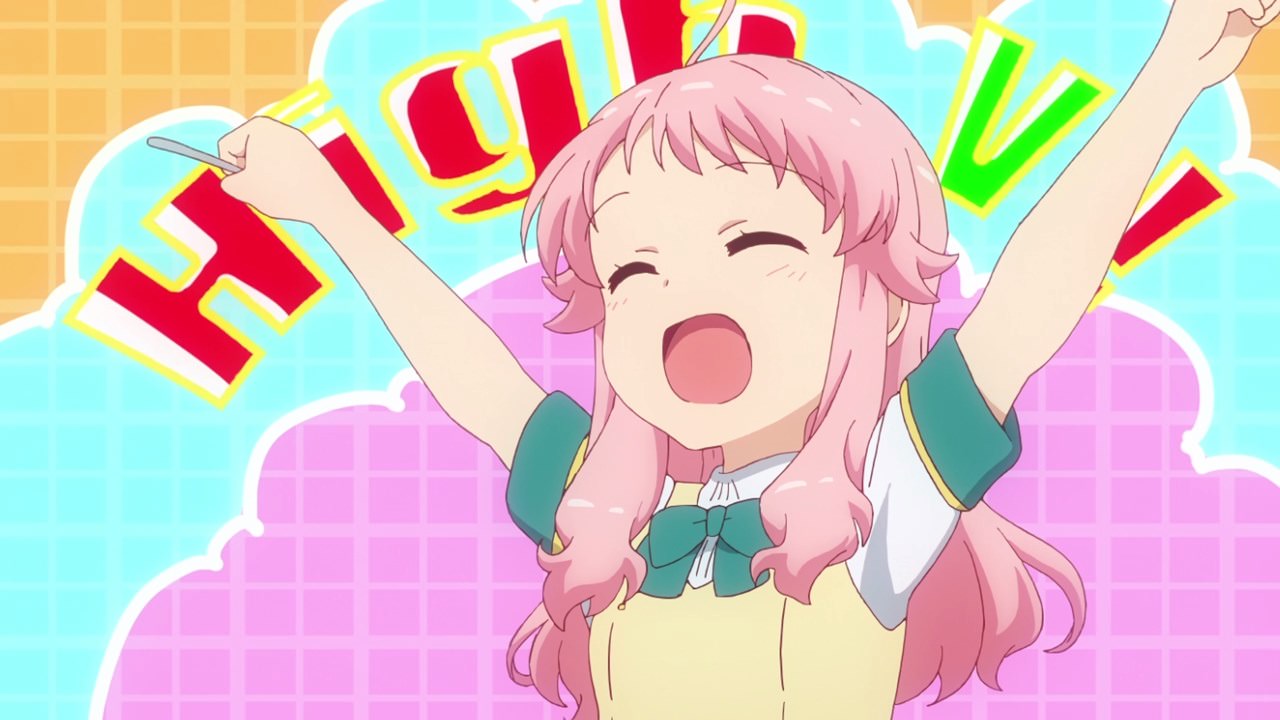 And looks, she’s doing a High V as the food is delicious! Gotta say that those basic arm motions are working for her, but let’s hope that Hatoya won’t join the home economics club because that’ll make Hizume Arima very lonely.

But that’s about it for this week’s episode of Anima Yell! Still, they need one more member in order to become an official club!