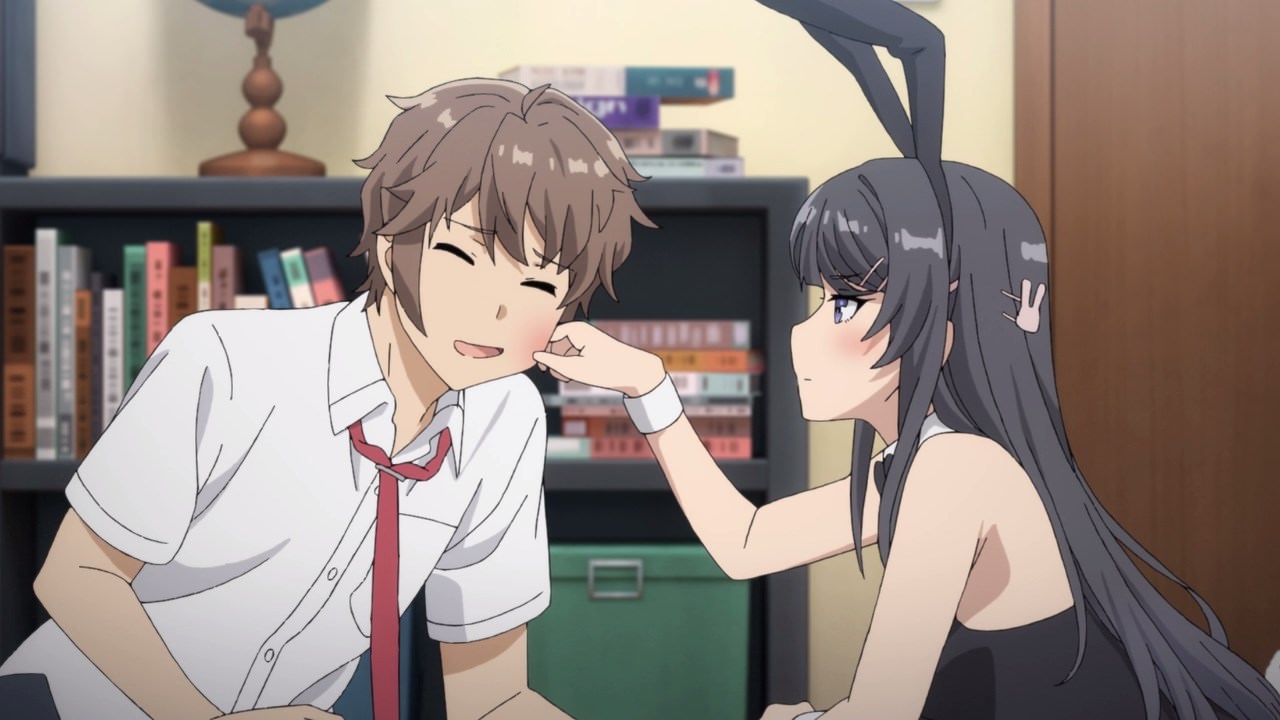 Hey everyone, it’s time for Mai Sakurajima to tutor Sakuta Azusagawa ’cause he needs to pass the exams before summer break. Otherwise, he’ll be attending summer classes which means that Sakuta won’t spend his time with Mai-sempai or Tomoe Koga.

By the way, Sakurajima is wearing her bunny girl uniform, although I’m not sure it’ll motivate or distract Azusagawa. With that said, time to finish Tomoe Koga’s story arc! 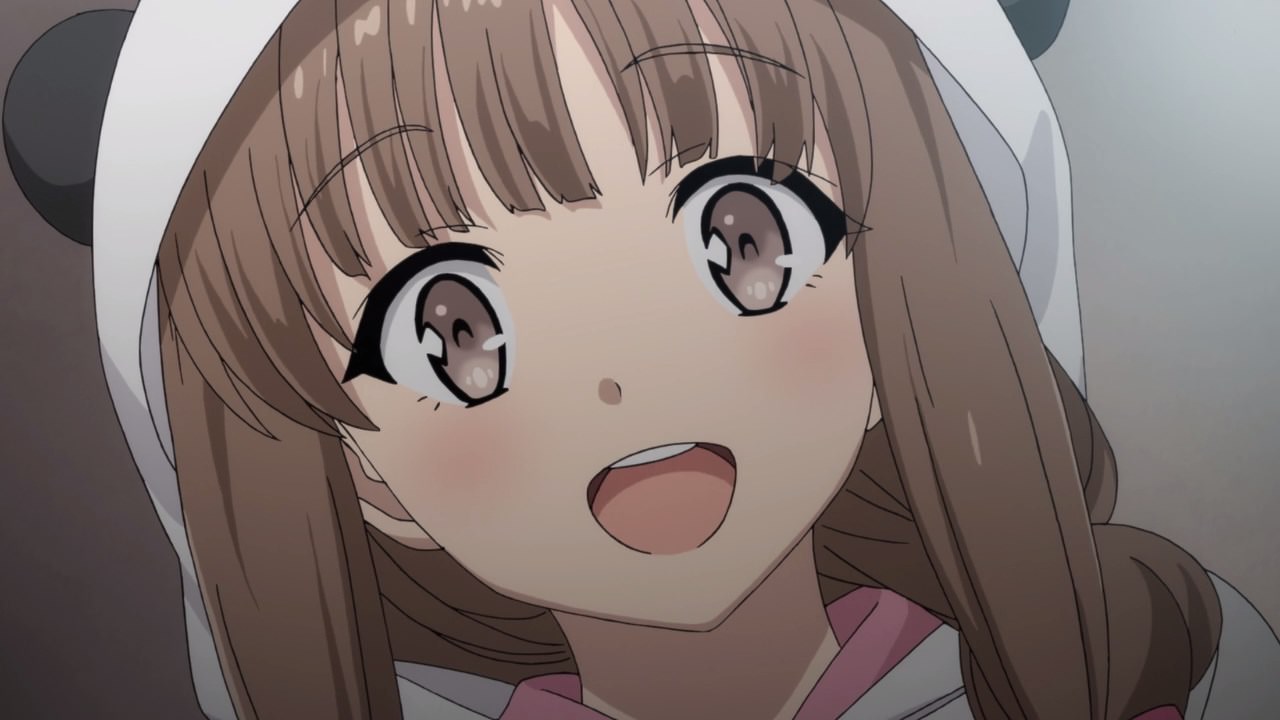 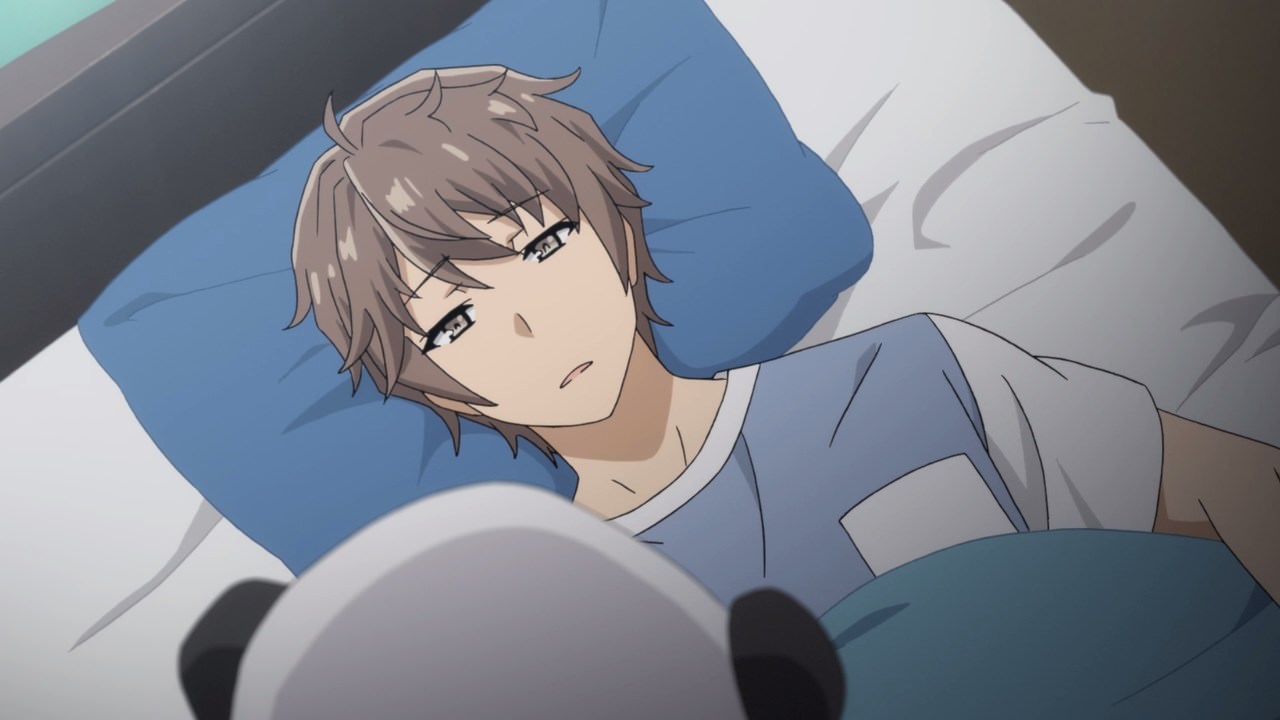 But first, it’s time for Sakuta to wake up courtesy of his sister Kaede. Oh, and as for his results for the exams? Let’s just say that he barely passed or got flunked in other subjects. 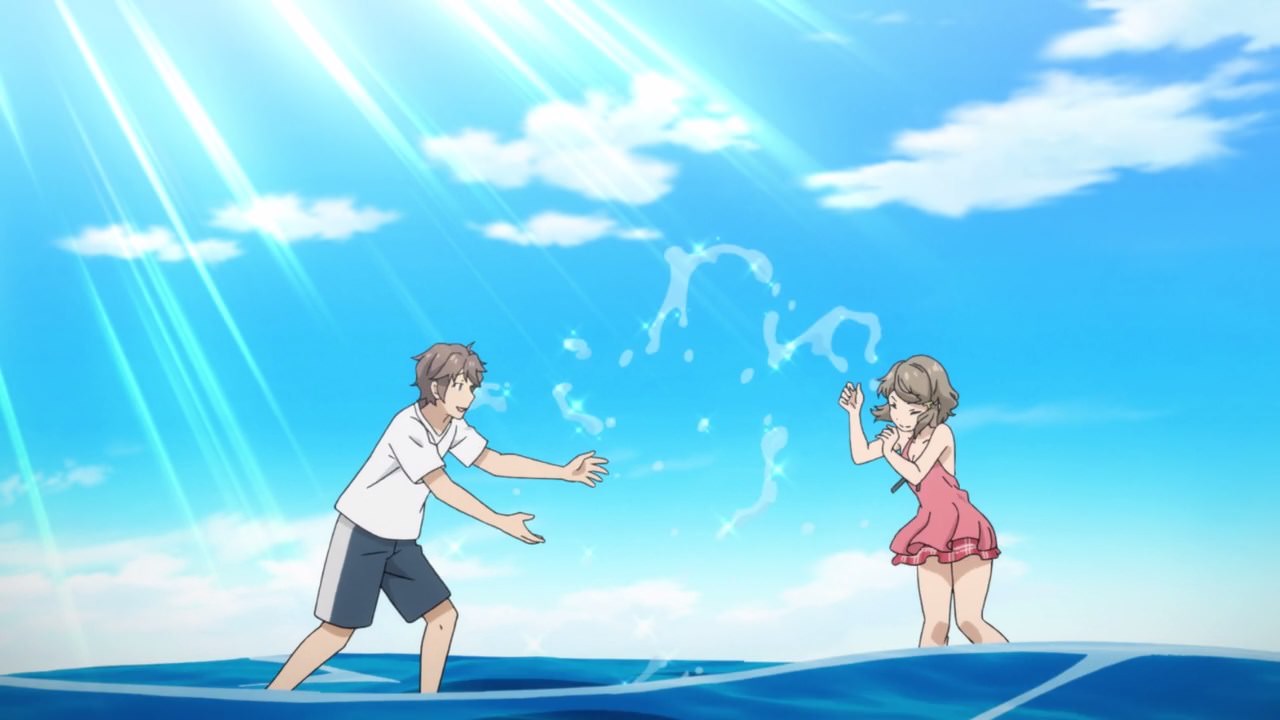 Anyways, time to hit the beach as Sakuta and Tomoe enjoy their last date together. After all, they need to leave a lasting memory before moving onto their separate ways. 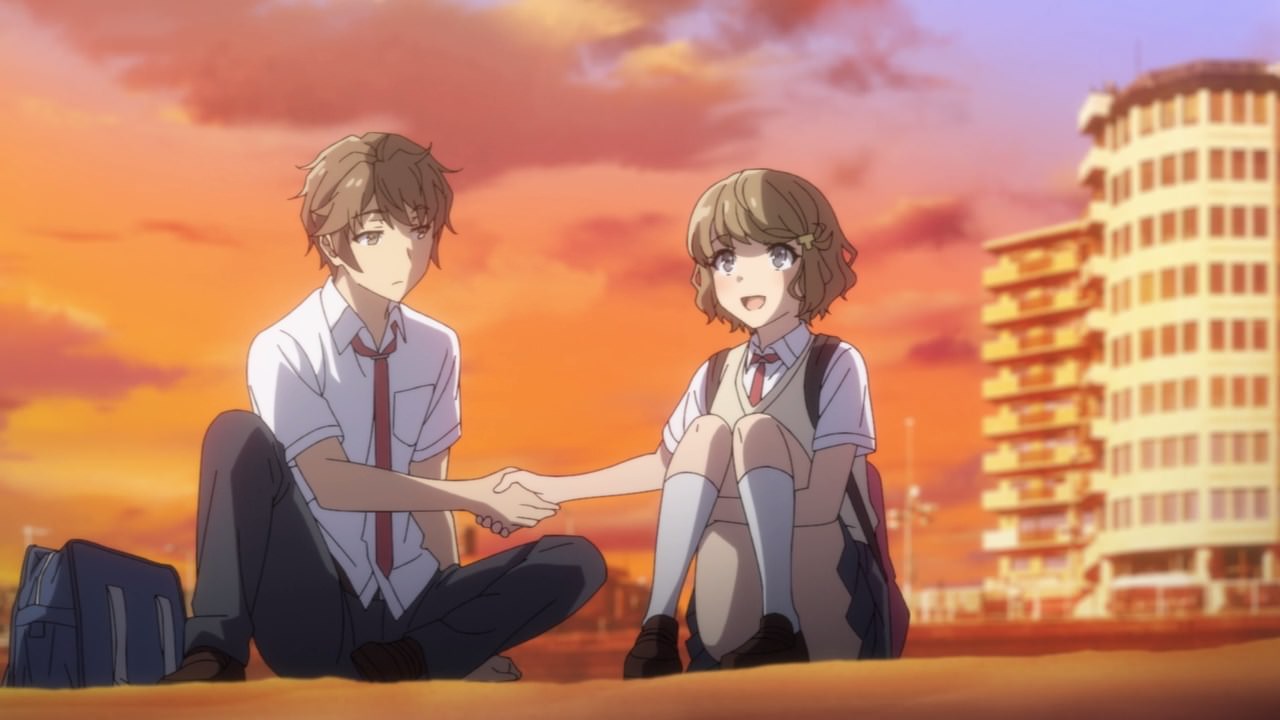 With that said, their date is over as Sakuta Azusagawa and Tomoe Koga ended their relationship with a handshake. Well, looks like they’ll become friends instead of lovers… or is it? 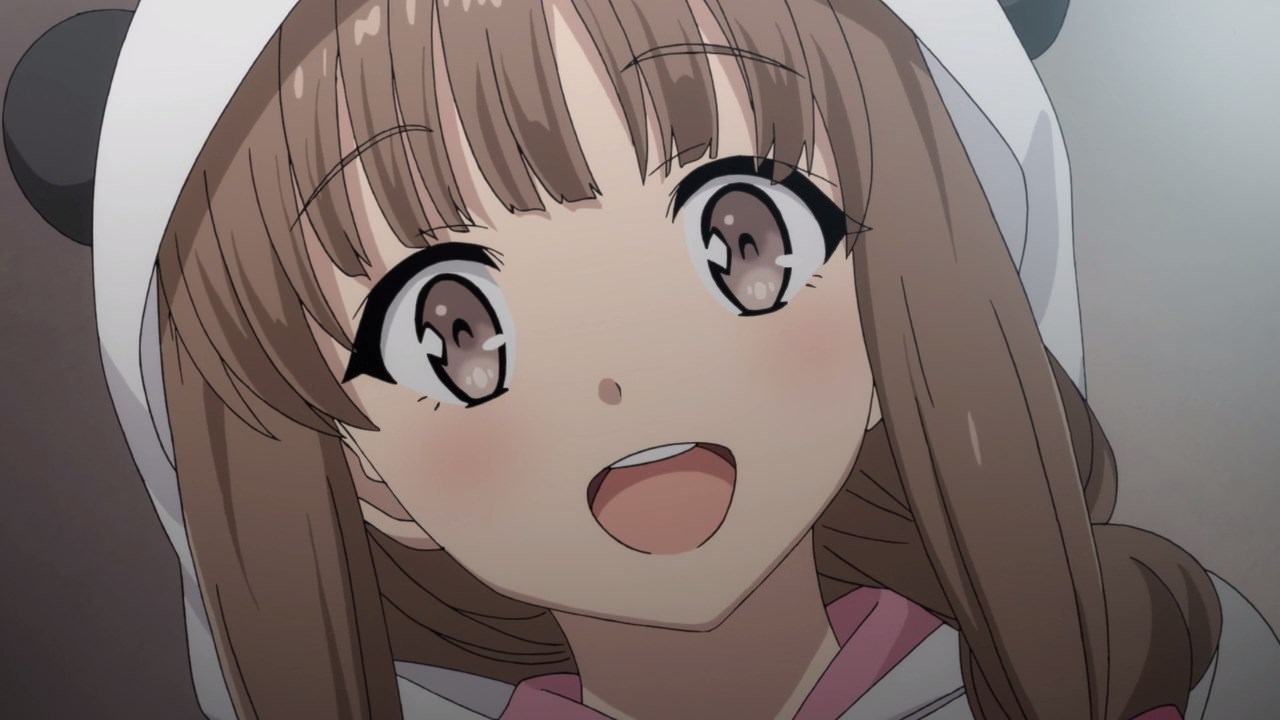 But first, it’s time for Sakuta to wake up courtesy of his sister- Wait, have I seen this scene before? 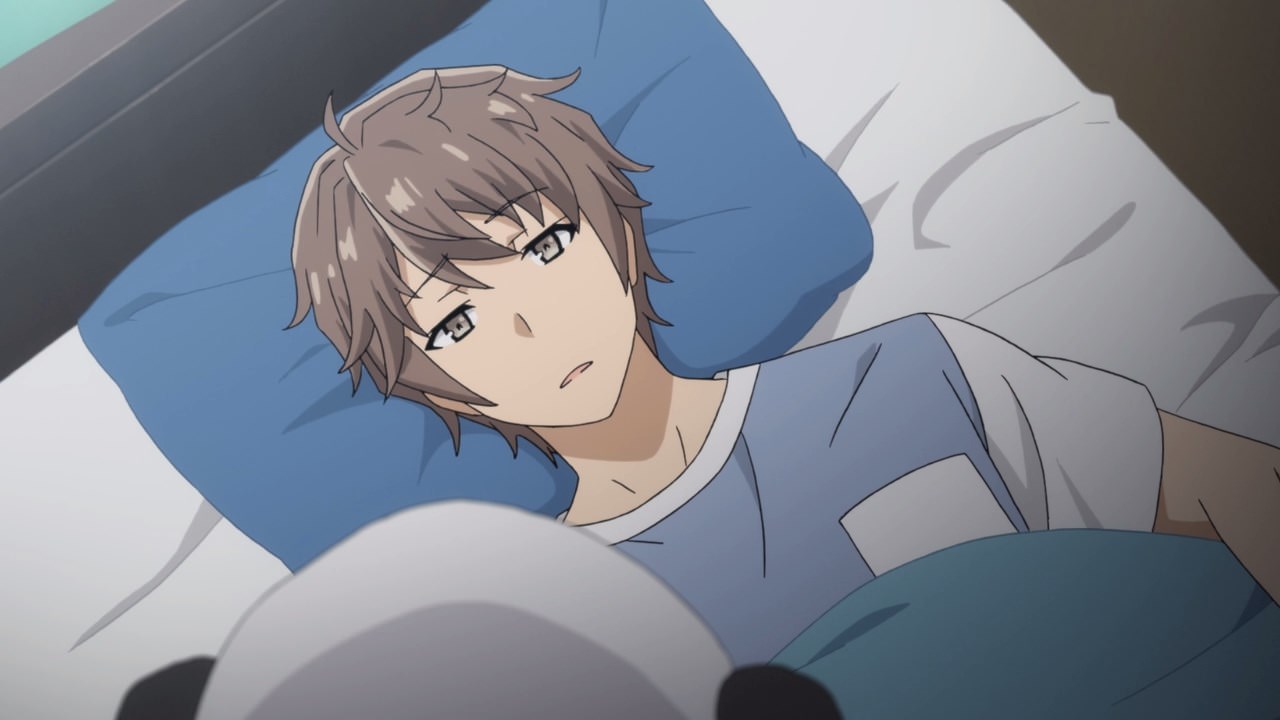 Turns out, seems that Sakuta Azusagawa got caught in a groundhog loop much like in Episode 4. While the last time ended in an awkward conclusion, I wonder what will Sakuta do this time around? 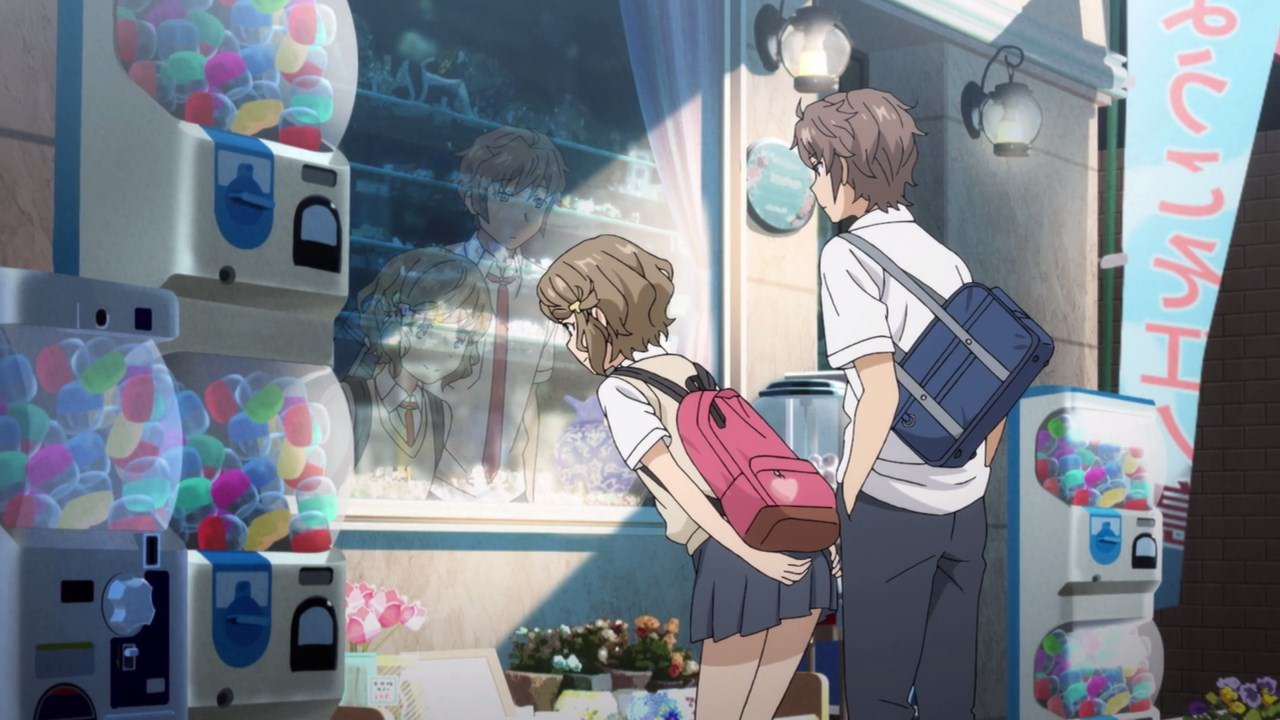 Anyways, he decided to visit Enoshima instead of the beach with Tomoe Koga, just to break the loop as Sakuta wants to end this charade once and for all. 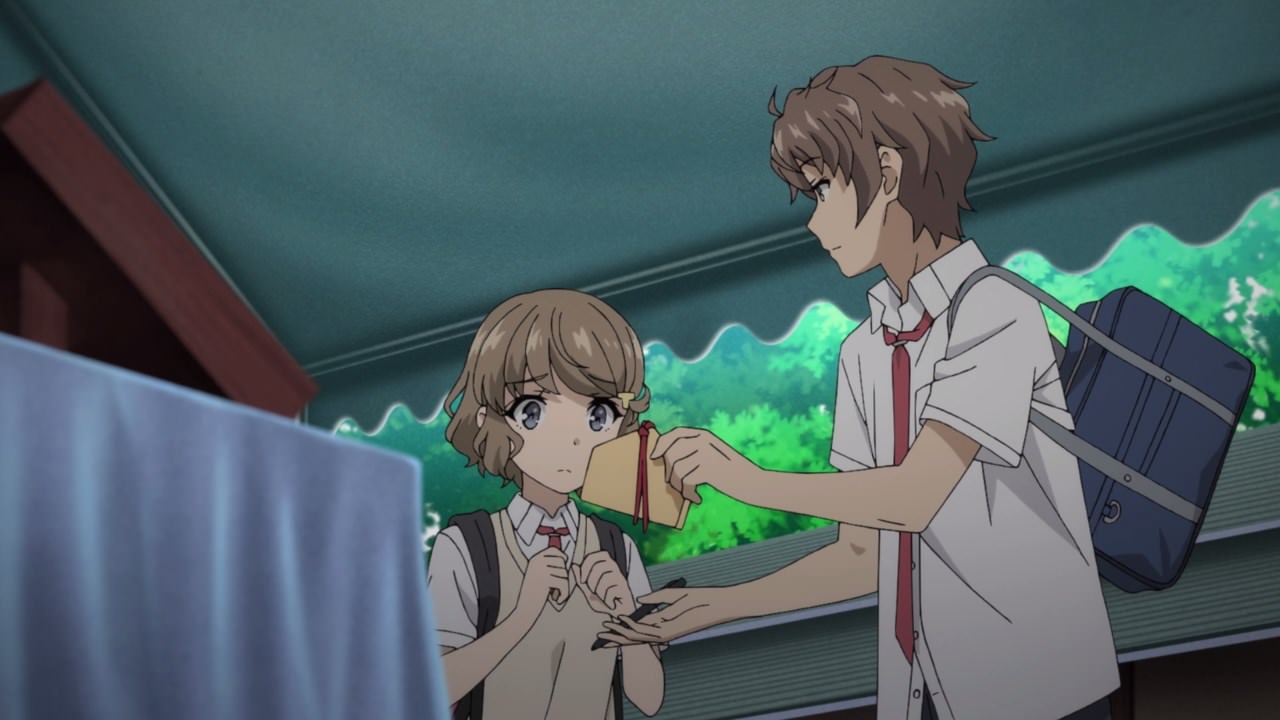 But you know what, Azusagawa wants to keep this fake date a bit longer. Heck, he even put his and Tomoe’s name to an ema plaques, signifying their eternal love even though Sakuta is not serious on dating a junior. 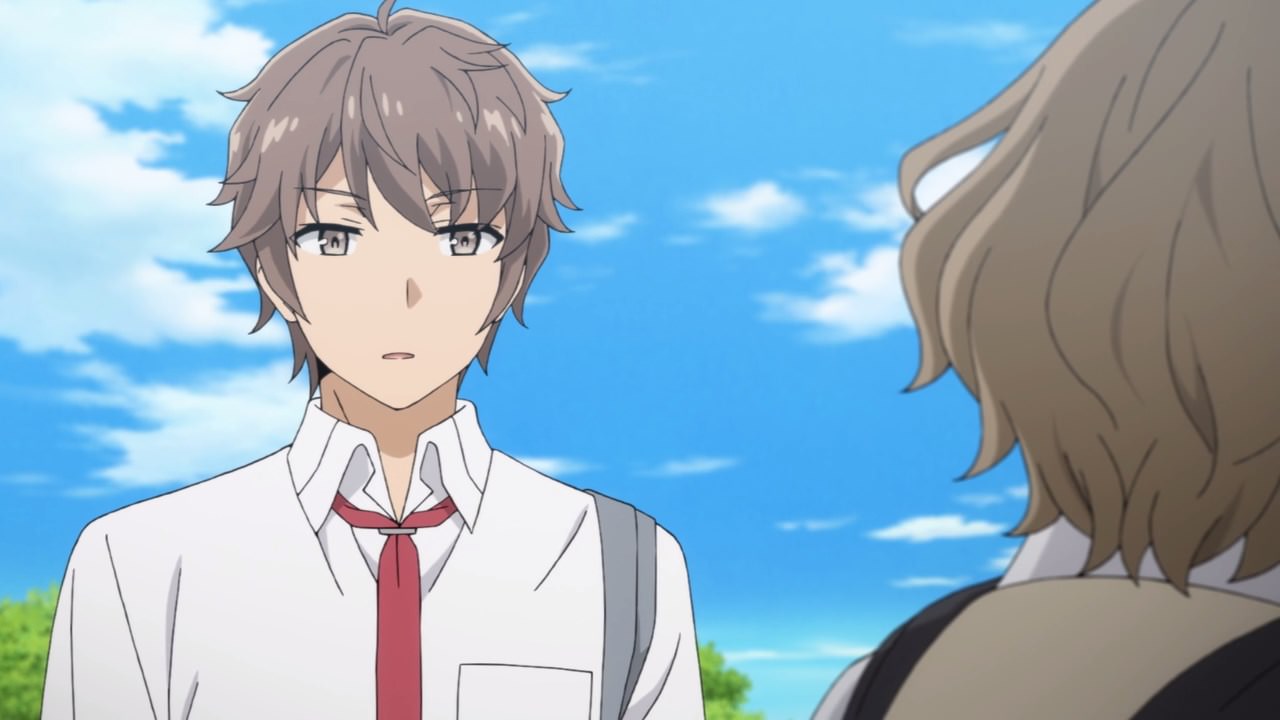 But once he’s done dating with Tomoe Koga, Sakuta Azusagawa waste no time on telling her that this fake date will never become a reality and they’ll remain friends forever. After all, Sakuta loves Mai-sempai. 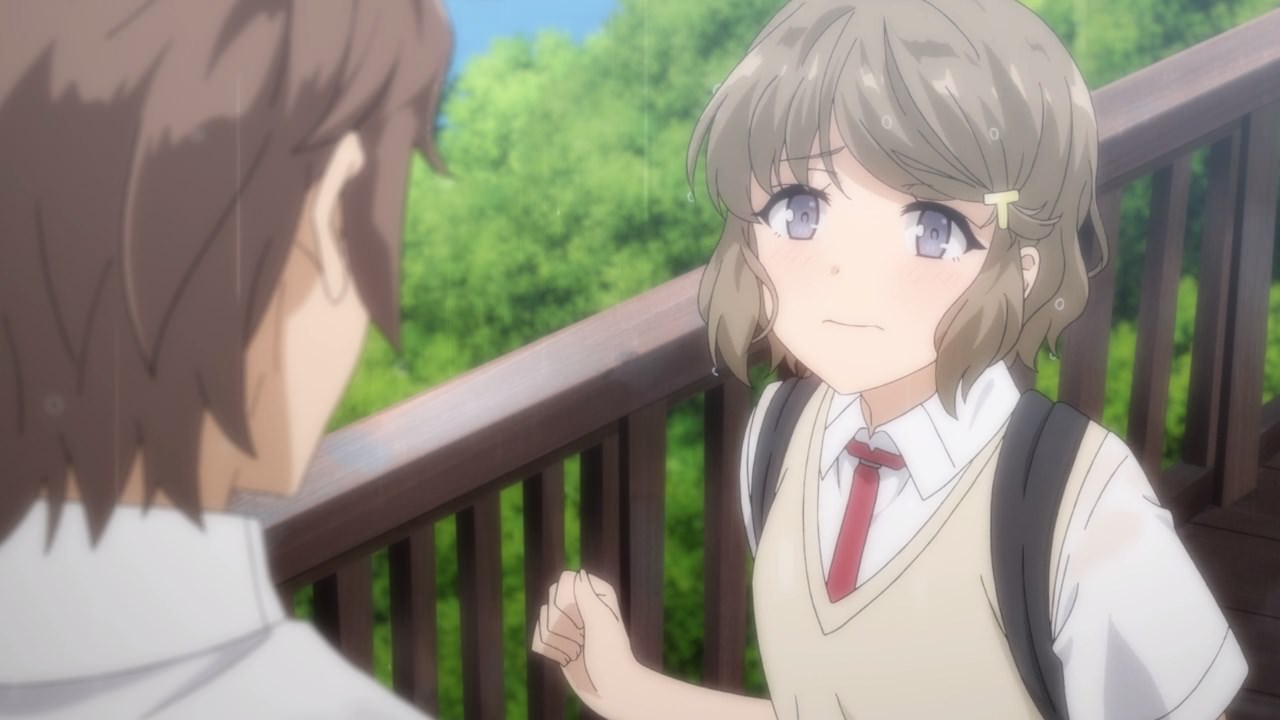 But as for Tomoe Koga however, she’s heartbroken after realizing that Tomoe loves Sakuta-sempai and no matter how many loops have committed, it will never come true. Damn, love hurts! 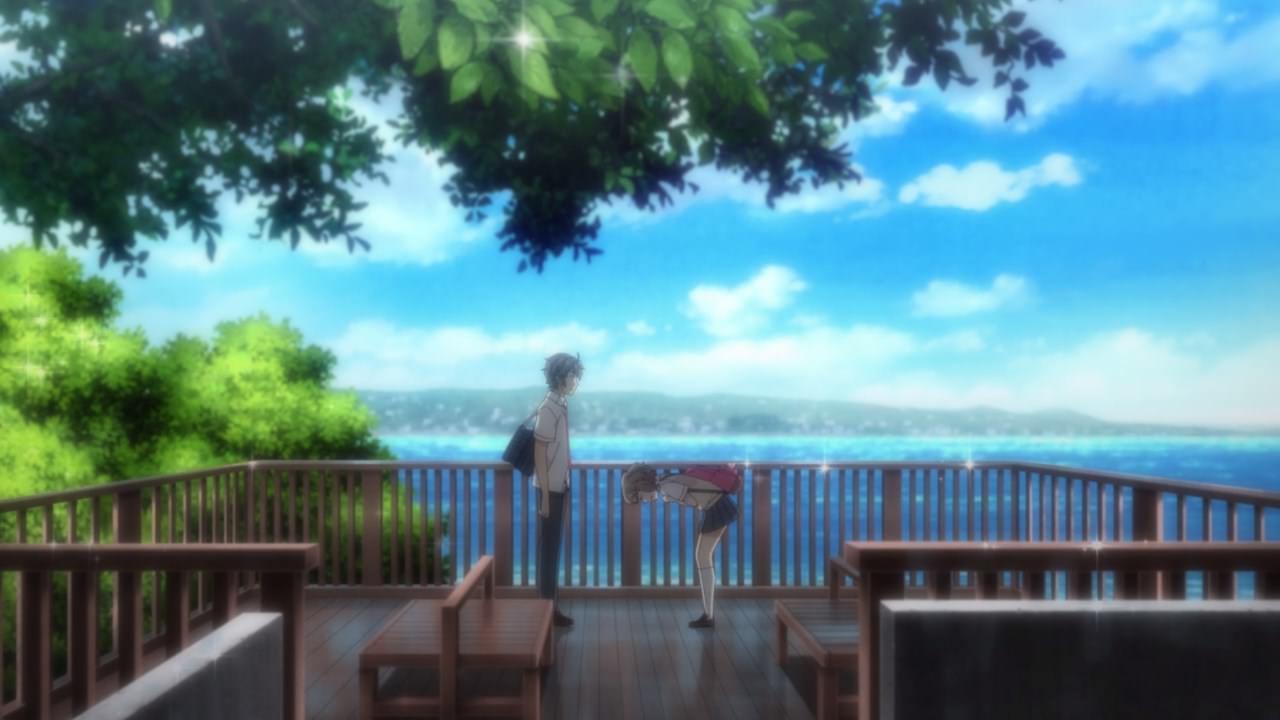 Still, I’m hoping that it won’t go into an endless loop as Sakuta Azusagawa wants to move onto the next day. 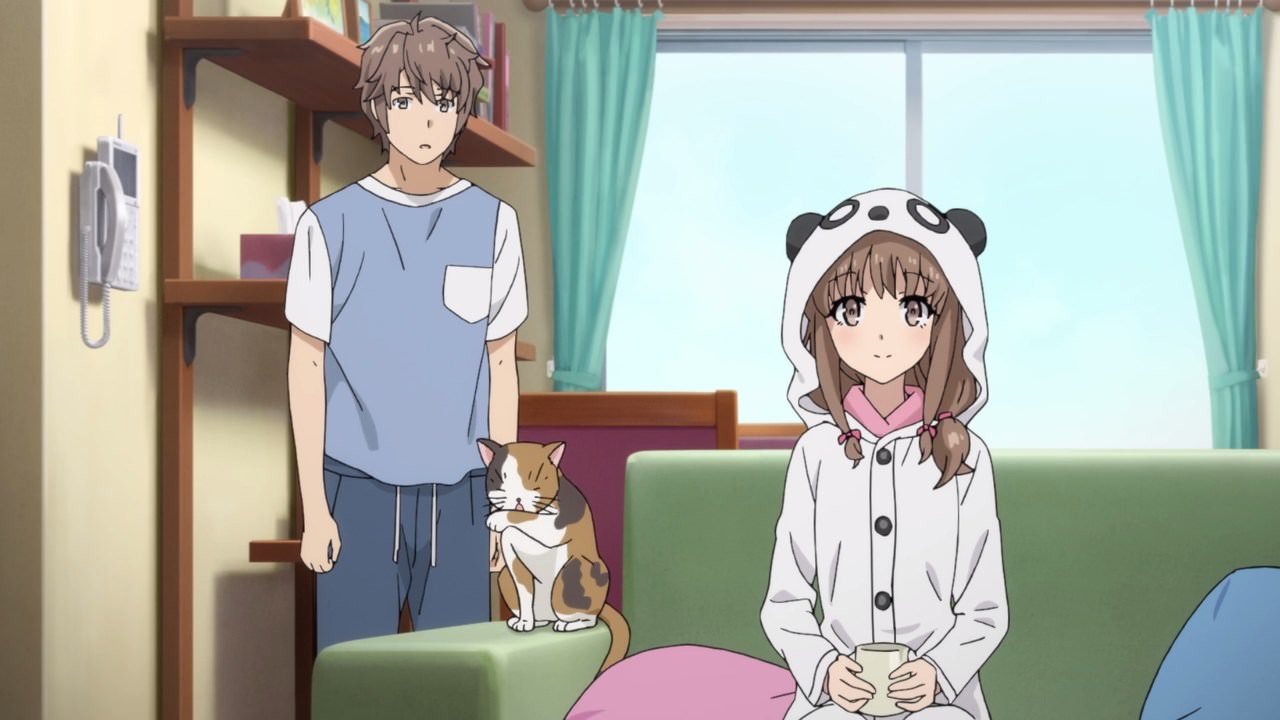 However, it appears that Tomoe Koga has decided to turn the clock back to June 27. Gotta say that she’s one terrifying demon! 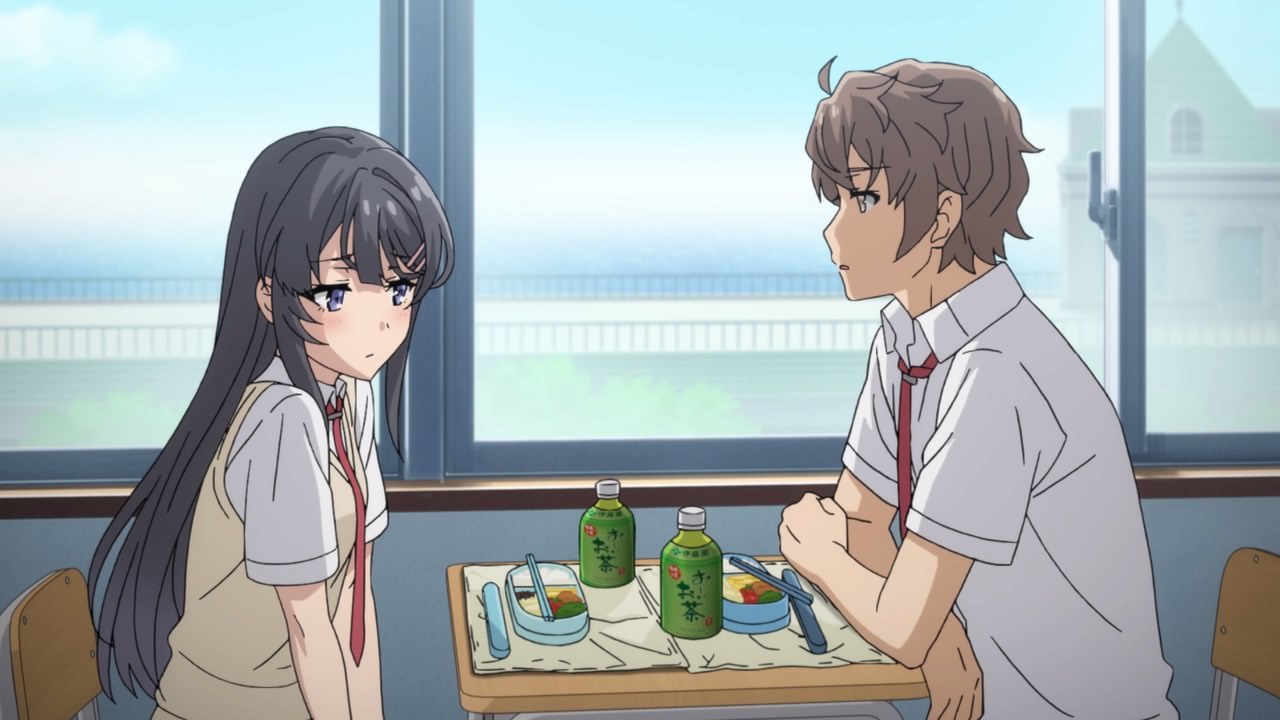 Oh well, time for Sakuta Azusagawa to correct those mistakes and turn into a good ending, starting with Mai Sakurajima as Sakuta confesses to her. And really, he’s serious this time! 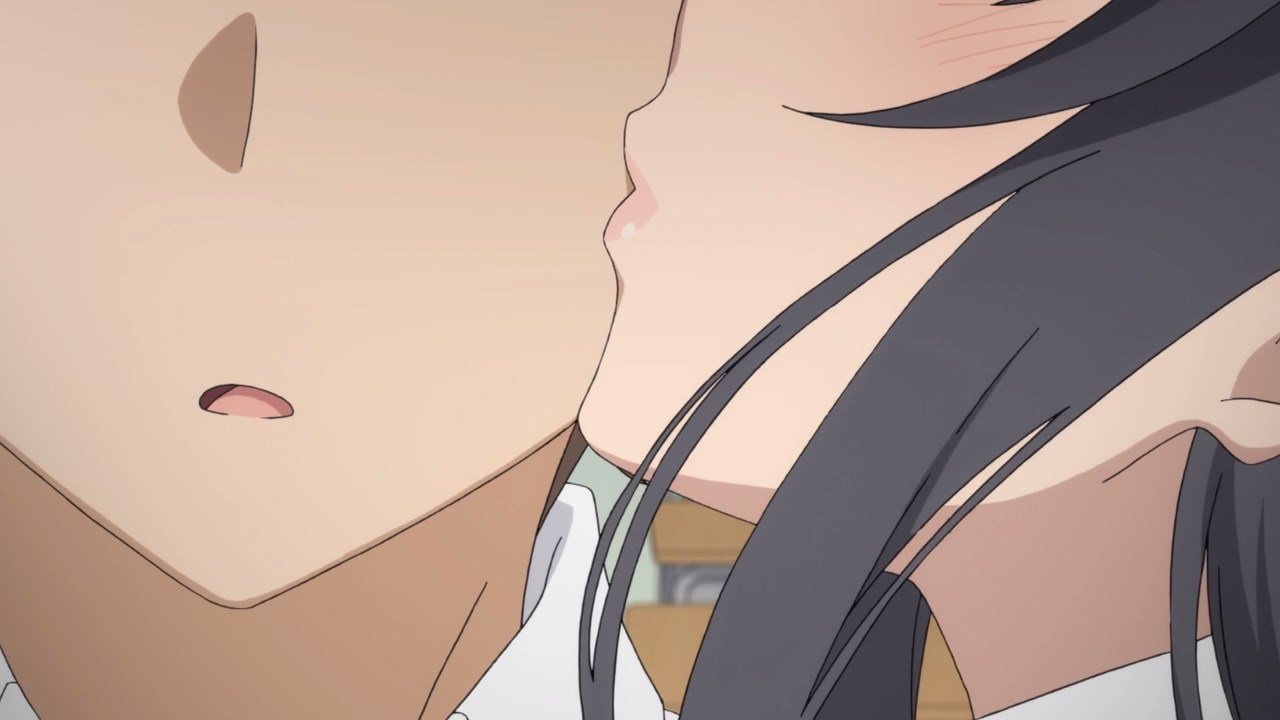 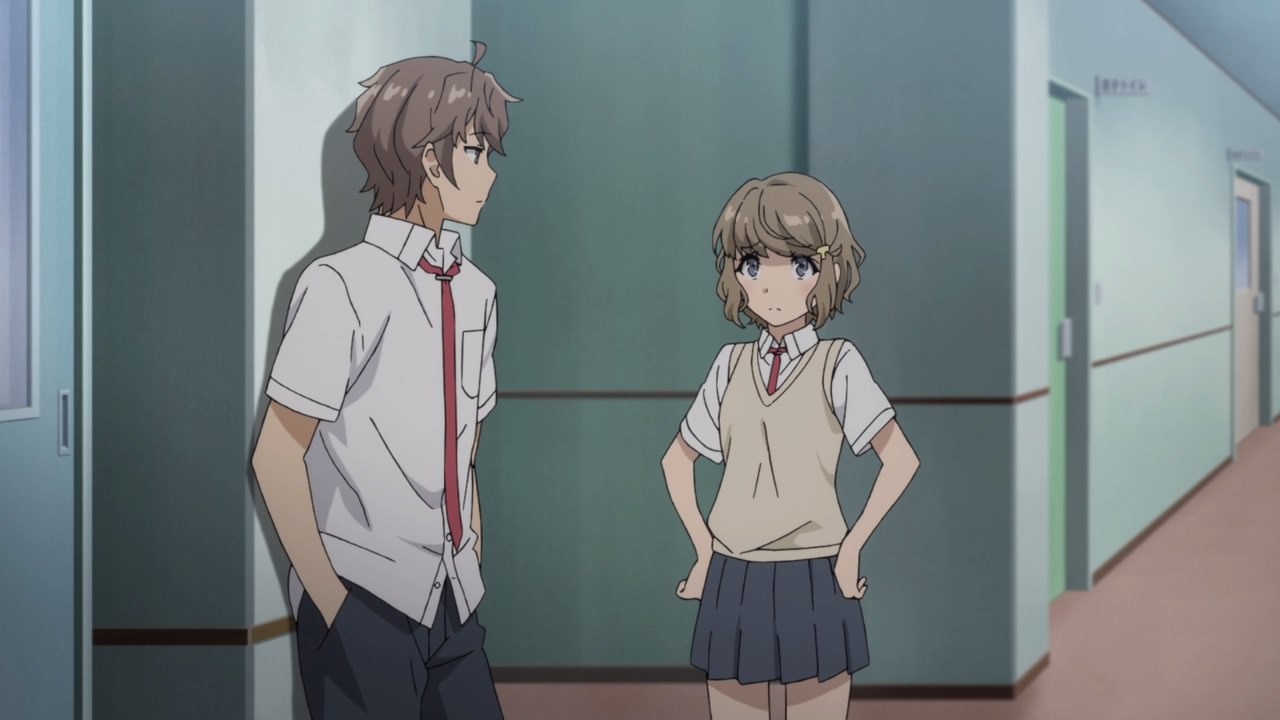 As for Tomoe Koga however, she rejected Yousuke Maezawa’s confession and got singled out in the process by her own class. But hey, at least she got a friend in the form of Sakuta Azusagawa.

But that’s about it for Tomoe Koga’s story arc. What a interesting story that revolves around time loops and while I’m glad that it didn’t loop many times (unlike Endless Eight), at least Tomoe’s predicament and dilemma has finally resolved… and all it takes is to crush her heart so that Koga can rebuild it stronger as ever.

You may thank Sakuta Azusagawa for that but all I can say is that there are no hard feelings between him and Tomoe Koga. 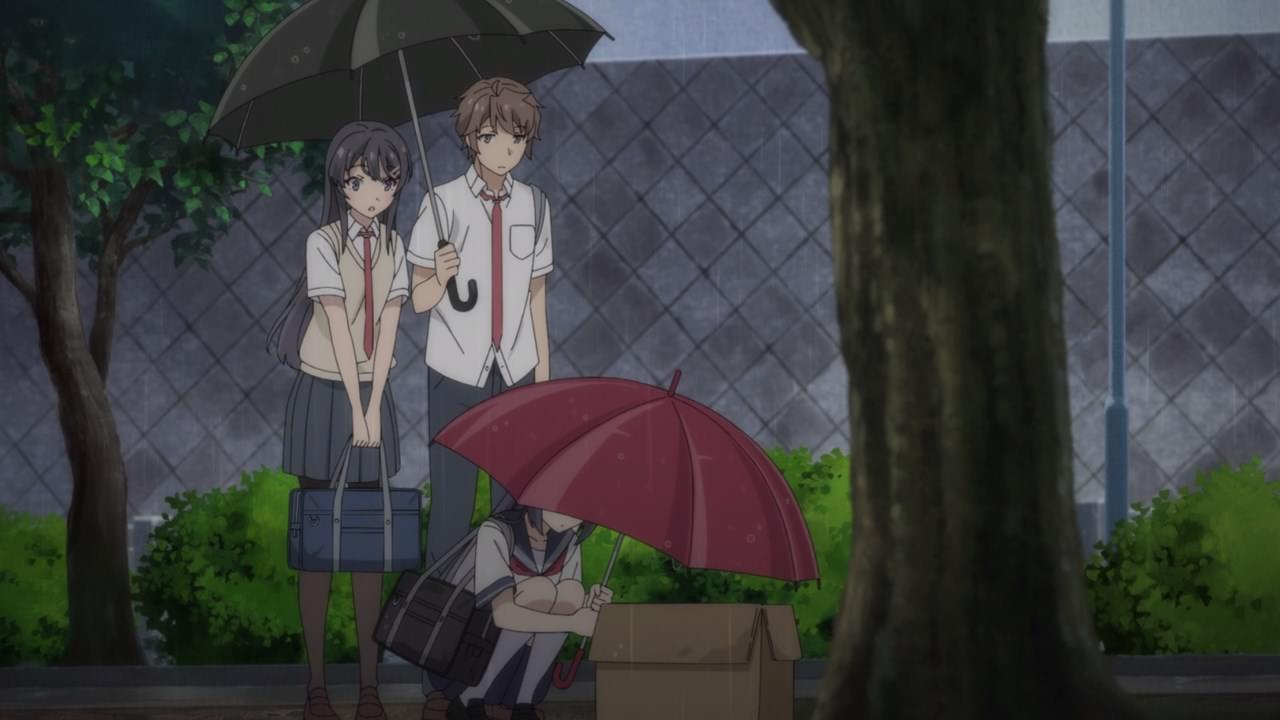 And now, it’s time for an after-story as Mai Sakurajima and Sakuta Azusagawa met a girl who’s very familiar for those who watched the earlier episodes… 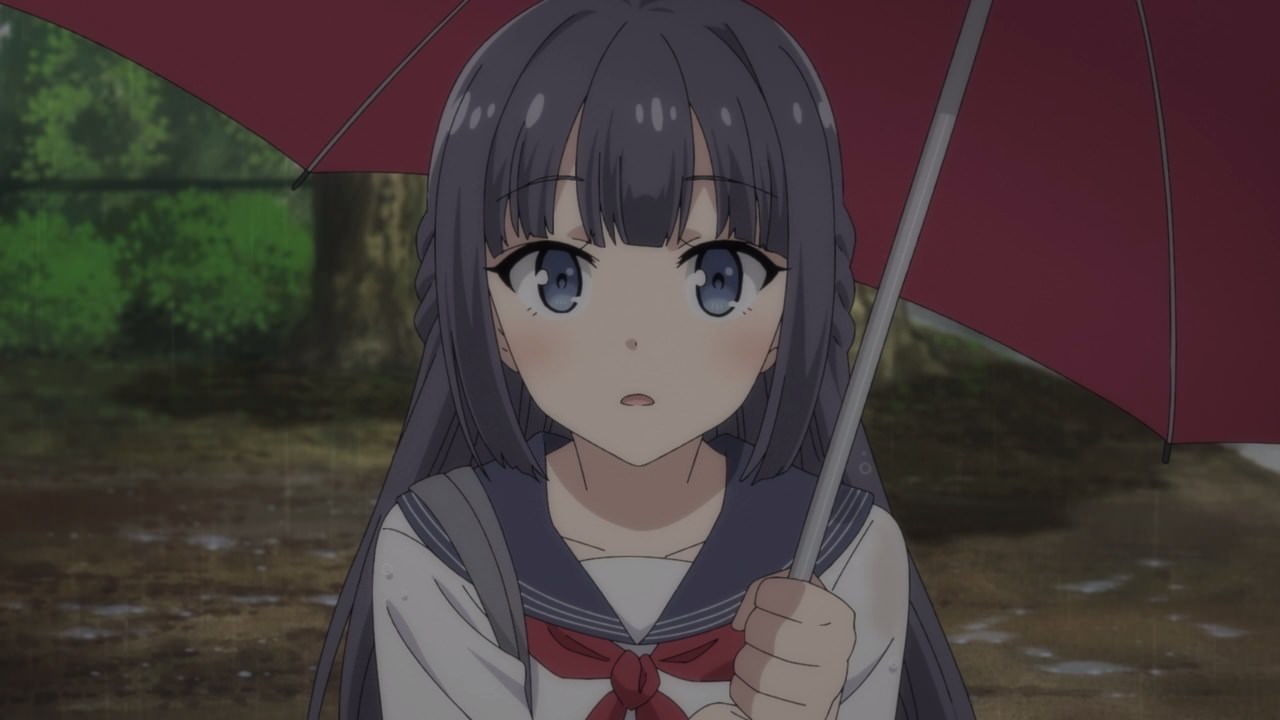 Turns out, it’s Shoko Makinohara, the girl in which Sakuta Azusagawa considers her as his savior. What is she doing here and why Shoko disappeared in the first place?

Regardless, I smell another story arc coming up on the next episode!