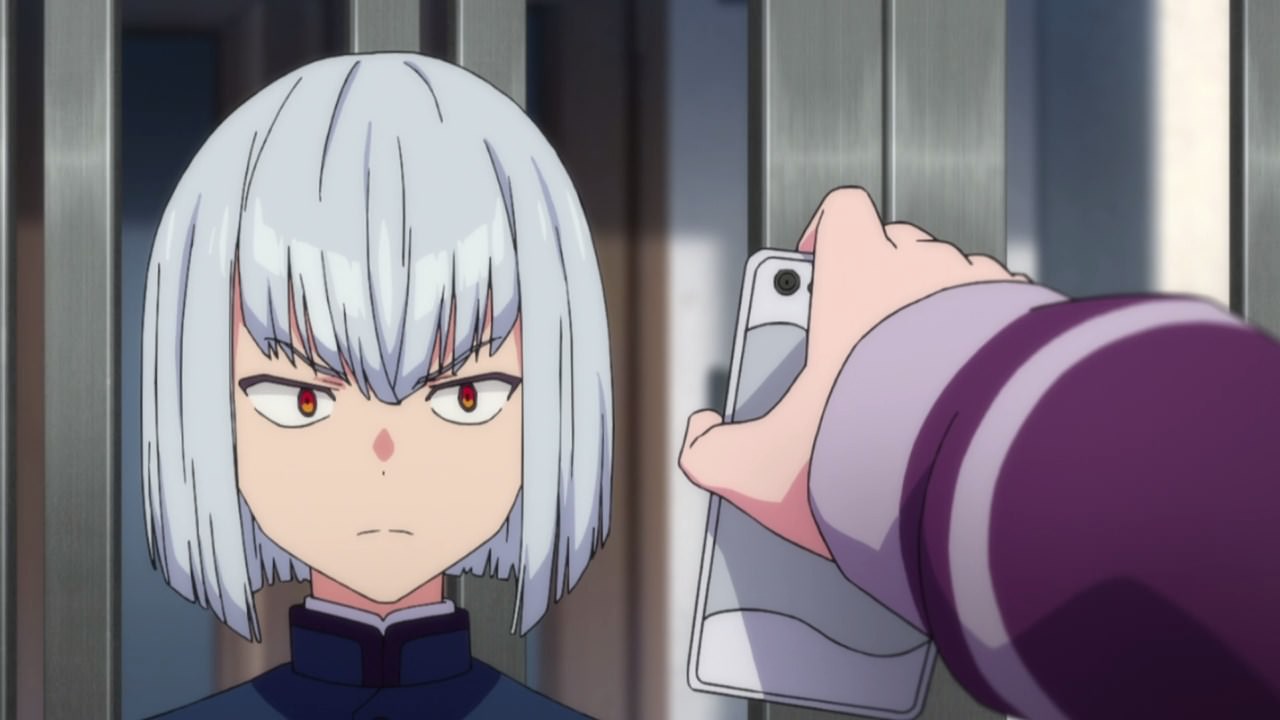 This is Anti who is created for the sole purpose of murdering Gridman. Nothing more, nothing less! 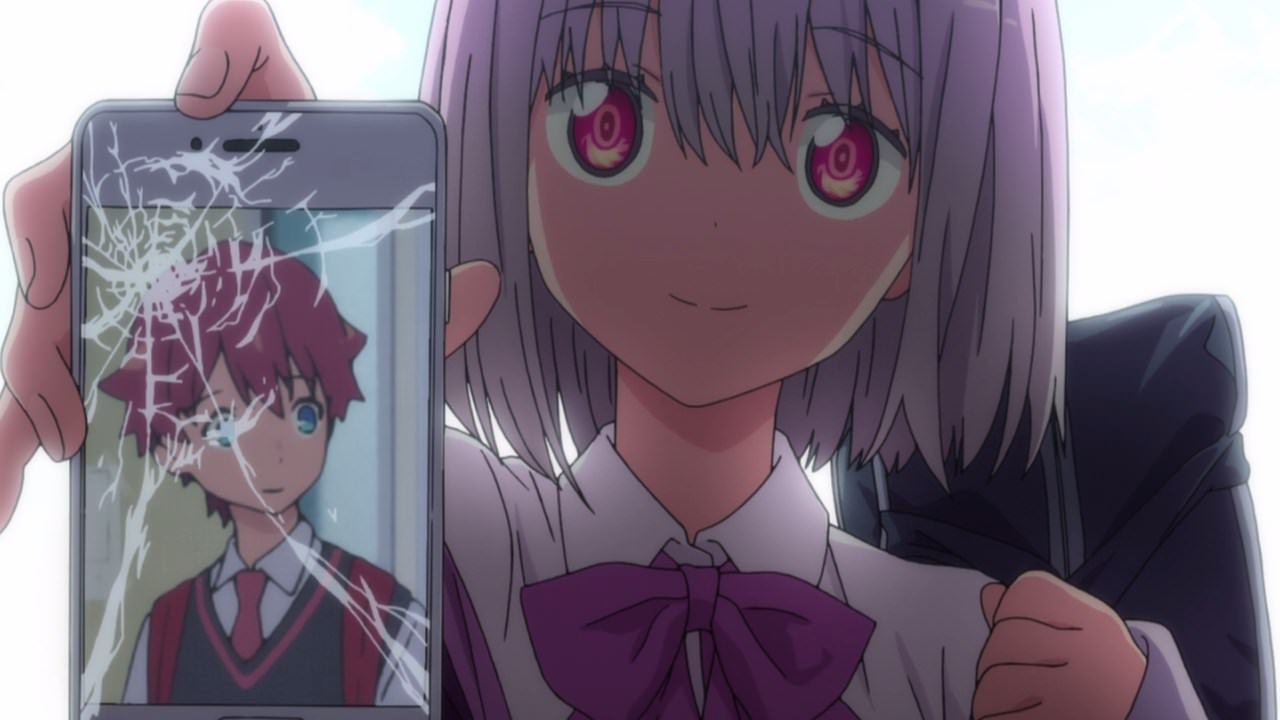 And here’s his retainer Akane Shinjou, who ordered Anti to kill Yuuta Hibiki because she knows that Yuuta is Gridman. This can’t be good! 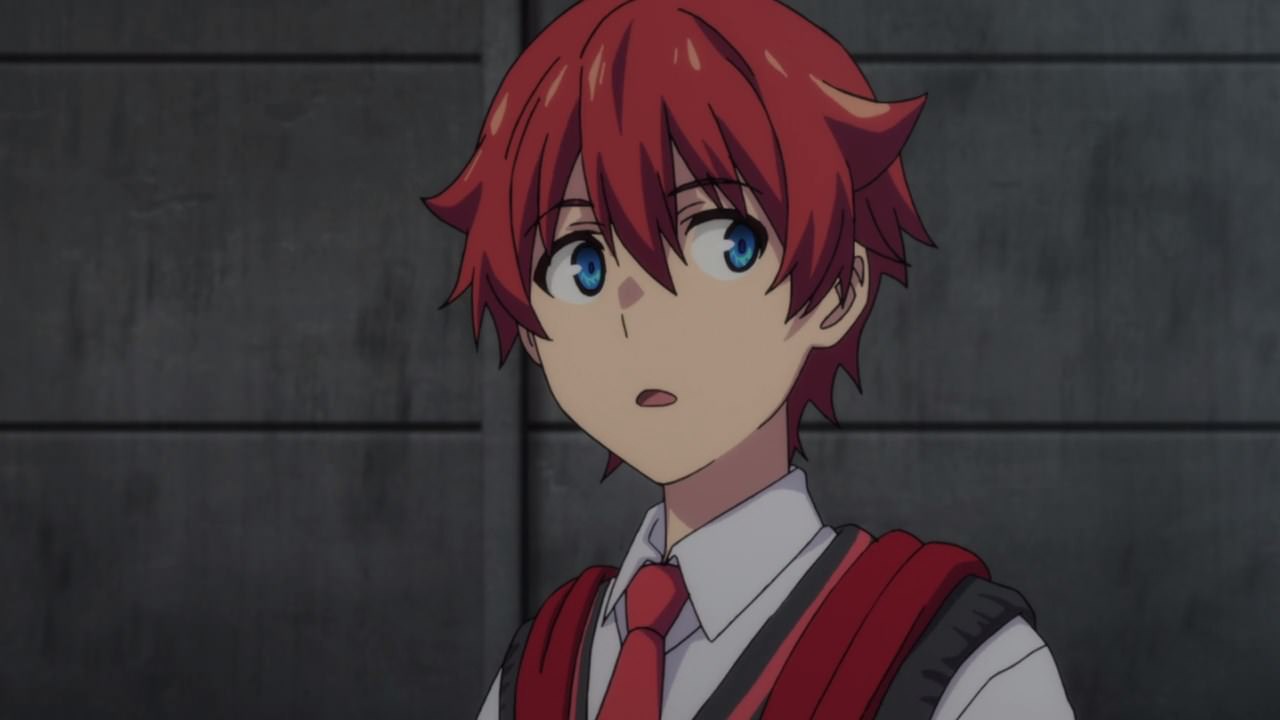 Meanwhile, Yuuta Hibiki is being chased by someone else. I hope that it’s not Anti because Yuuta will be in serious trouble. 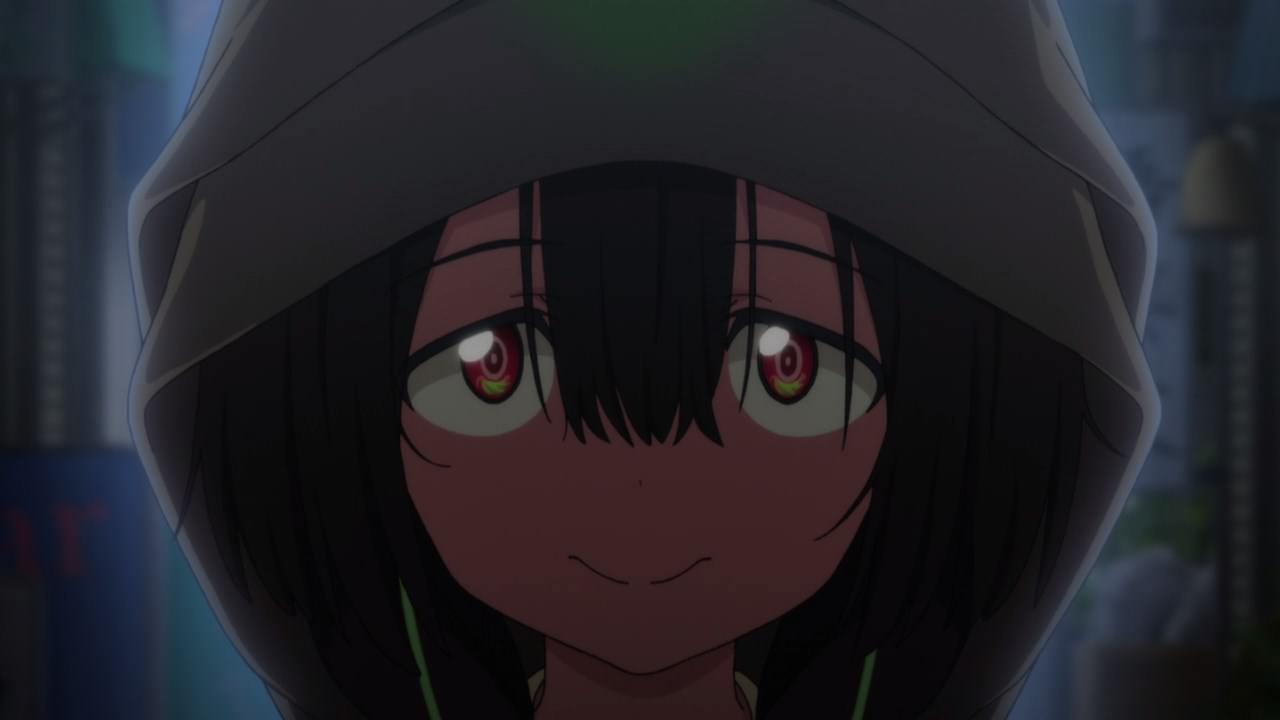 Turns out, it’s this girl who claims to be a kaiju. Really, that’s so cute! 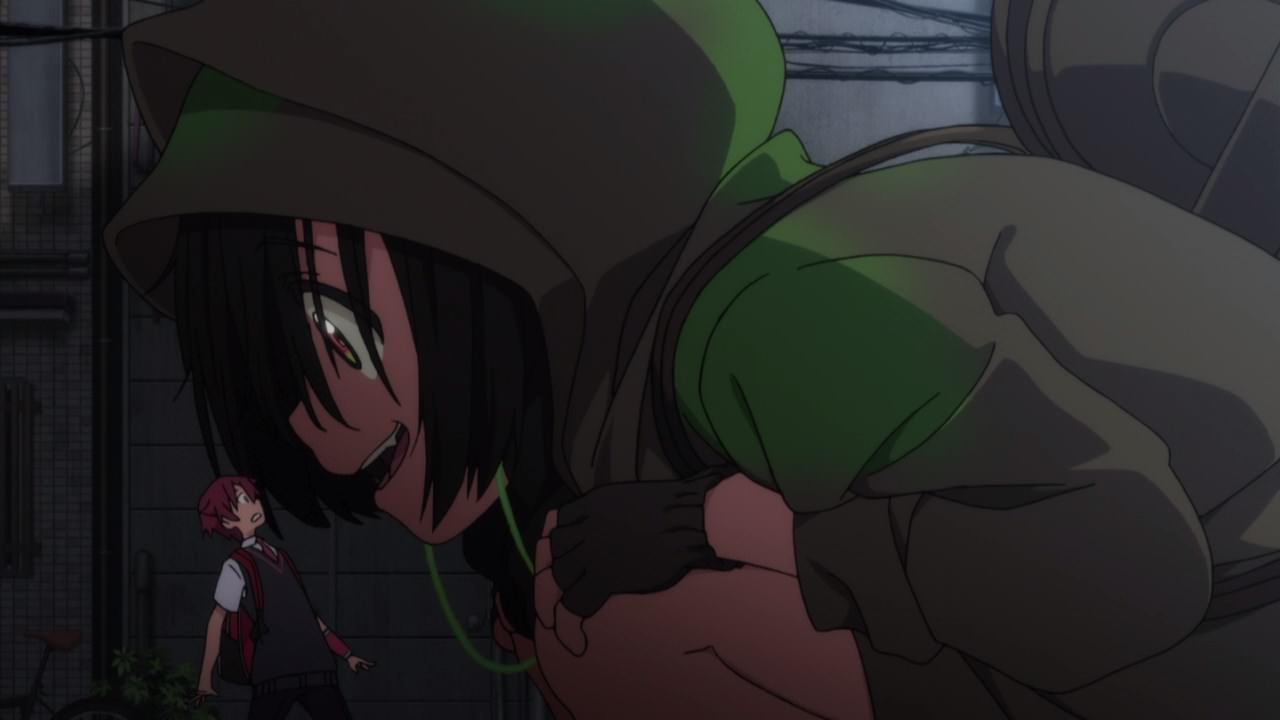 Nevermind, this girl is scary! Anyways, she call herself as Anosillus or rather the descendant to the original kaiju who’s indebted to the hyper agent in the past.

Still, she’s not gonna eat Yuuta as the second Anosillus wants him to go on a field trip. 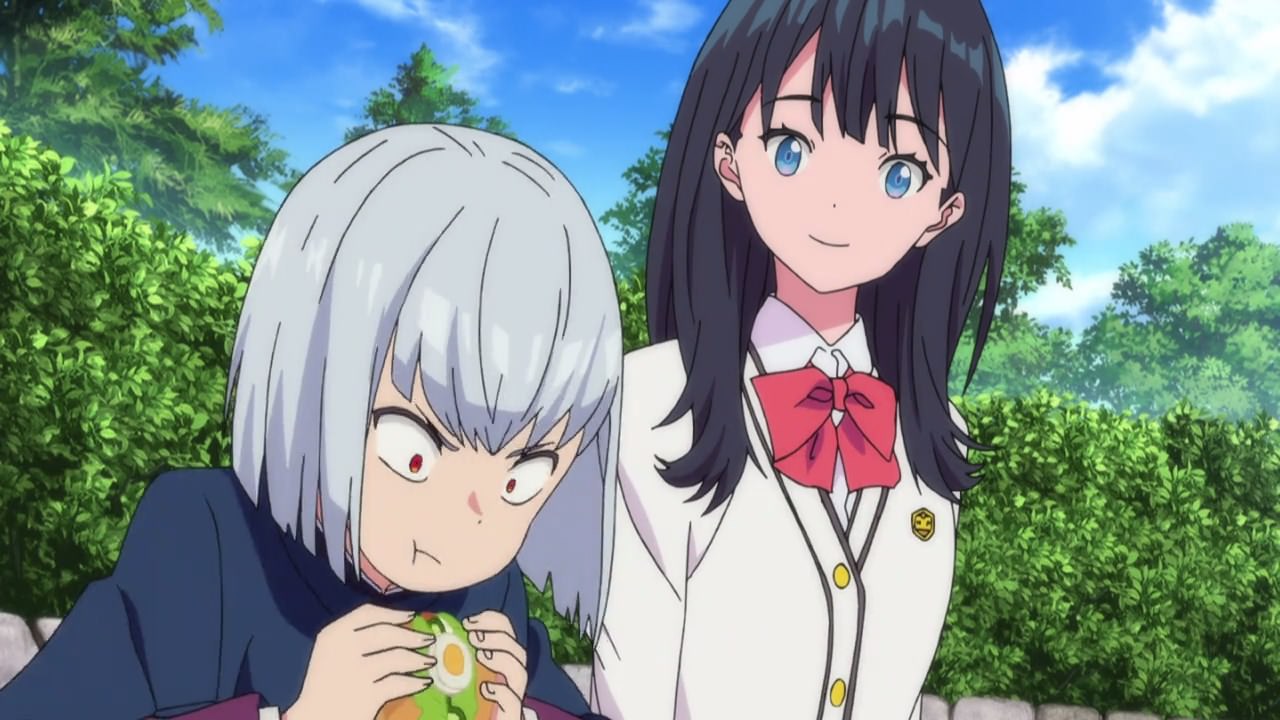 Now let’s move onto Anti where he got stopped by Rikka Takarada. Heck, she gave him a hotdog sandwich because he’s very hungry… Very hungry to kill Gridman in which Rikka doesn’t know that Anti is the enemy. 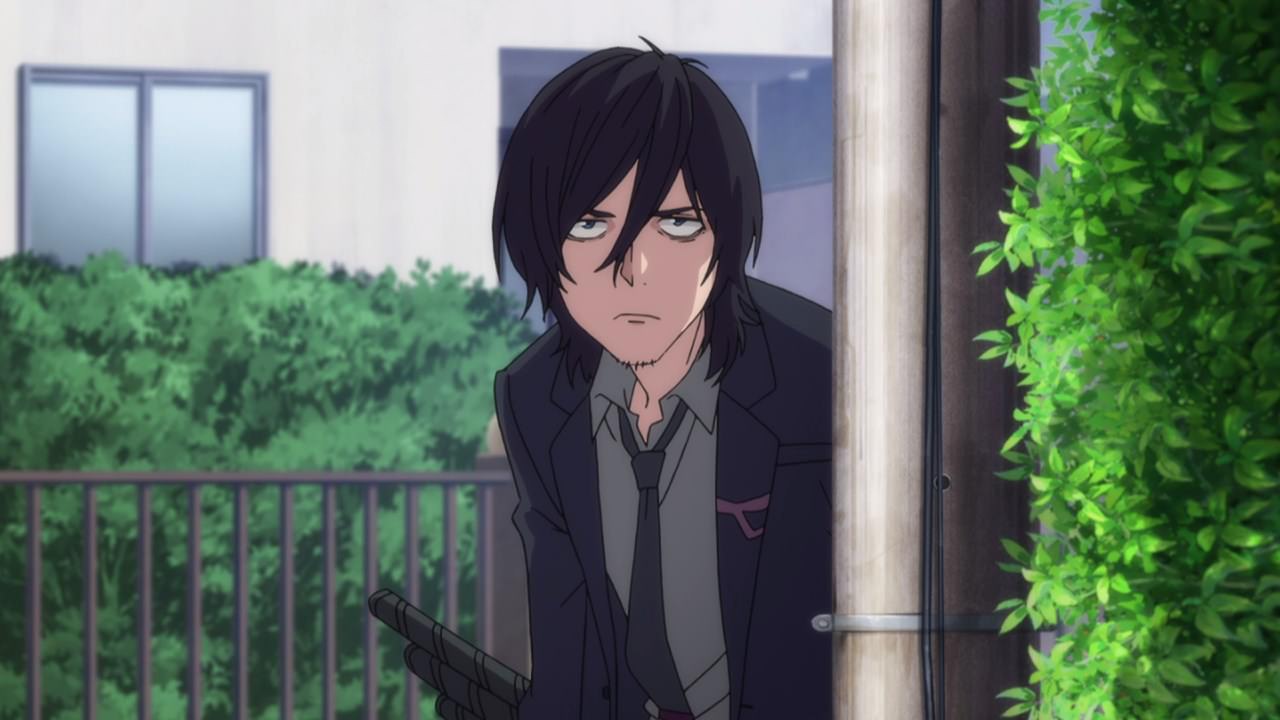 Of course, there’s one person who knows Anti as we have Samurai Calibur, spying on Anti’s actions like a stalker. 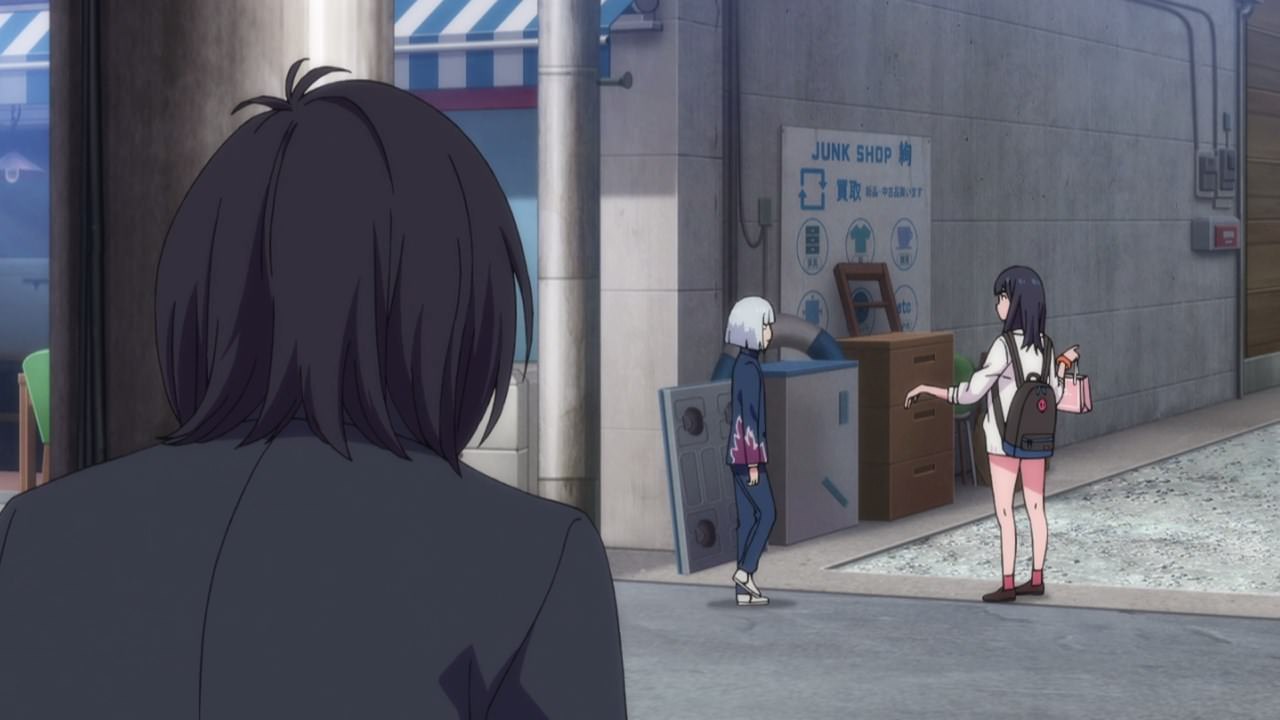 Normally, he’ll be arrested right now but Samurai Calibur is invisible to everyone except for a few. 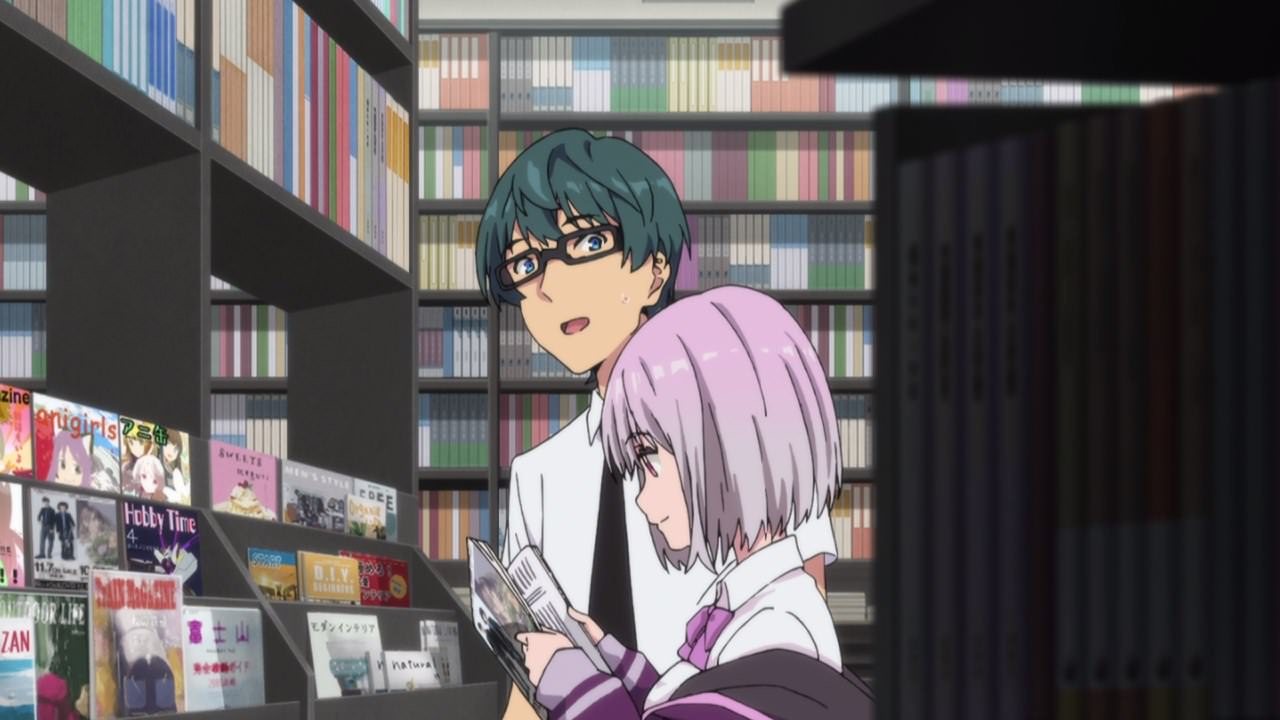 On the other hand, there’s Shou Utsumi as he bumped into Akane Shinjou while reading a tokusatsu magazine.

While both of them love tokusatsu, although Akane is more into kaiju than Ultraman, little did Shou know is that she’s an enemy. In fact, Utsumi dodged Shinjou’s questions regarding Yuuta Hibiki and Gridman. 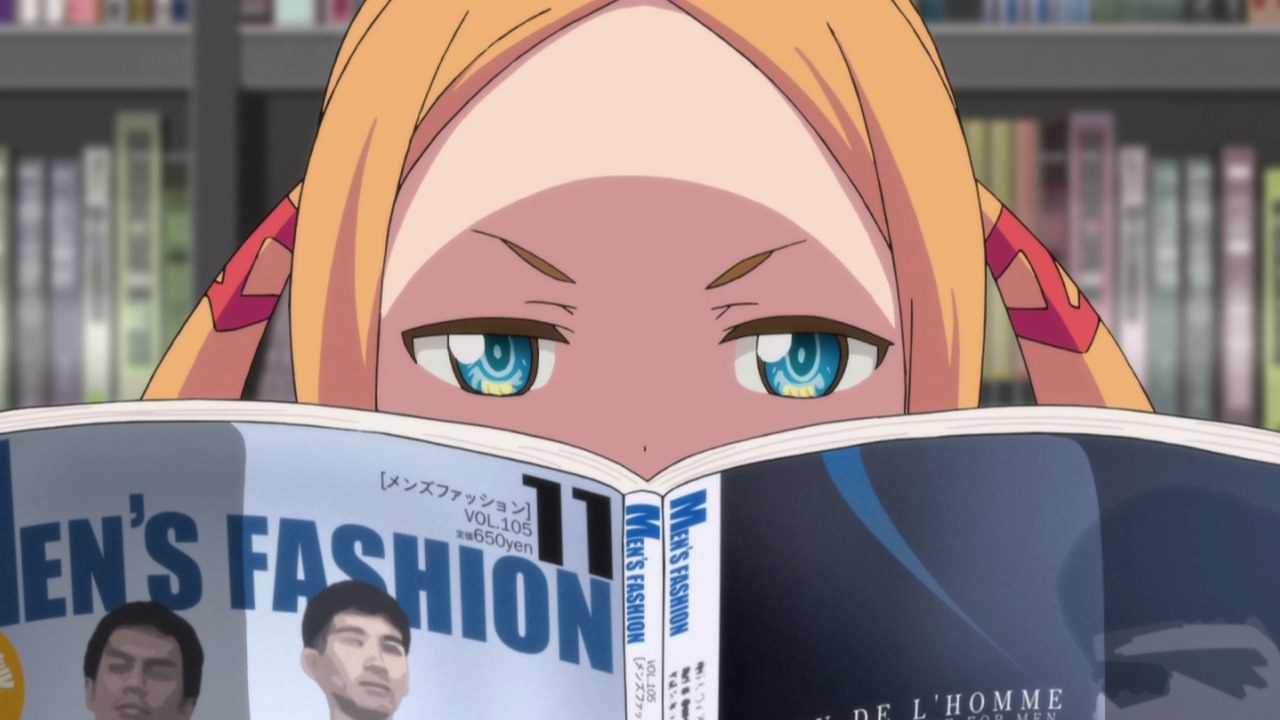 Also, Shou is being followed by Borr in which he’s acting normal by reading a men’s fashion magazine. 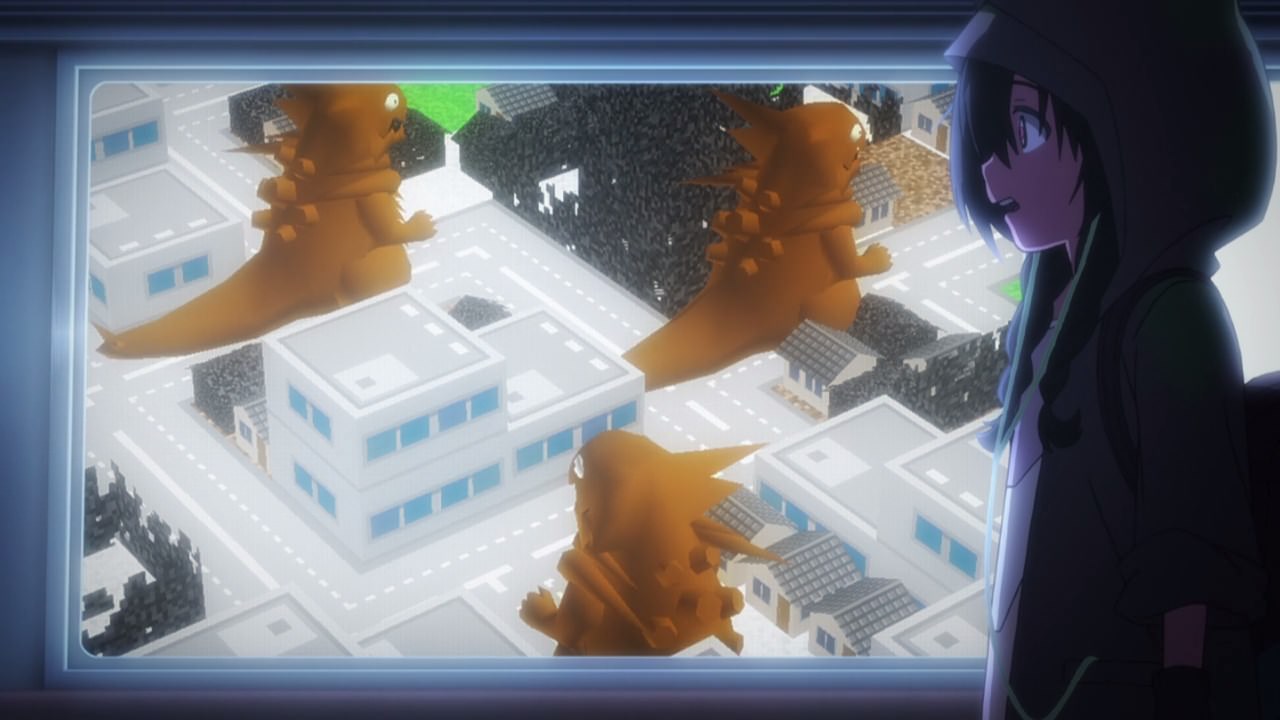 Now then, let’s go back to Yuuta Hibiki where the second Anosillus explained that Akane Shinjou is the one creating the kaiju.

Oh, and not only that, but Akane created Tsutsujidai because it turns out that she’s a goddess, albeit in a malevolent way as Akane erases everyone she doesn’t like all while remaking the world in her image 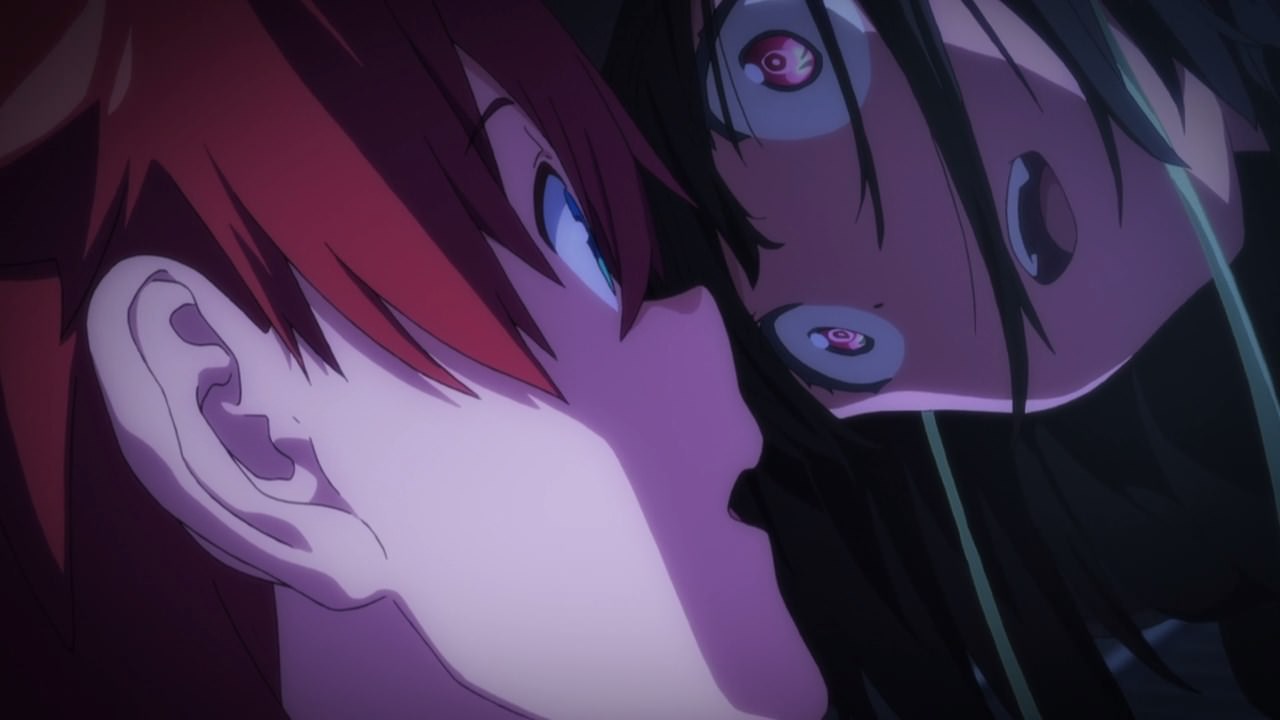 Basically, what the second Anosillus is saying is that the town of Tsutsujidai is created as a virtual space for Akane’s machinations. Worst of all, she’s being controlled by Alexis Kerib.

With that said, Yuuta Hibiki is shocked to this revelation! Still, he needs to recover his memories first. 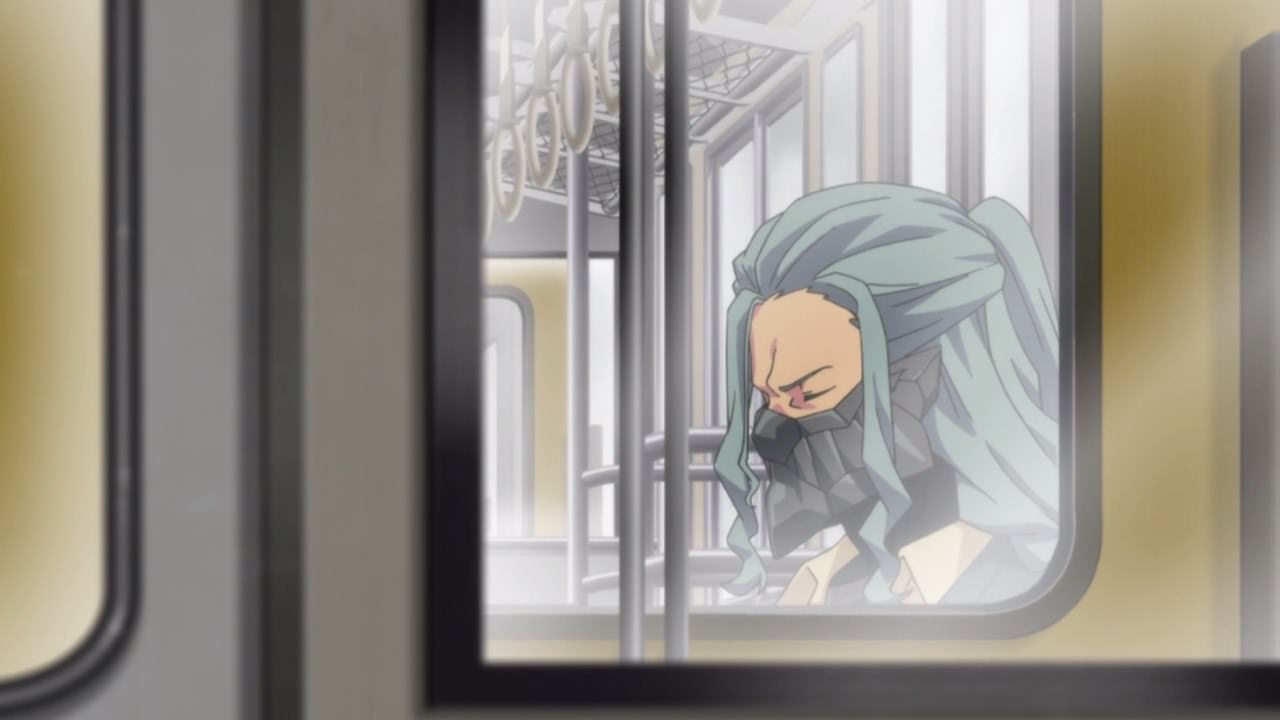 Oh and if you’re wondering about the possibility of Anosillus eating Yuuta-kun, there’s Max to protect him.

Fortunately, the second Anosillus didn’t eat Yuuta Hibiki but I think he should protect himself from another threat… 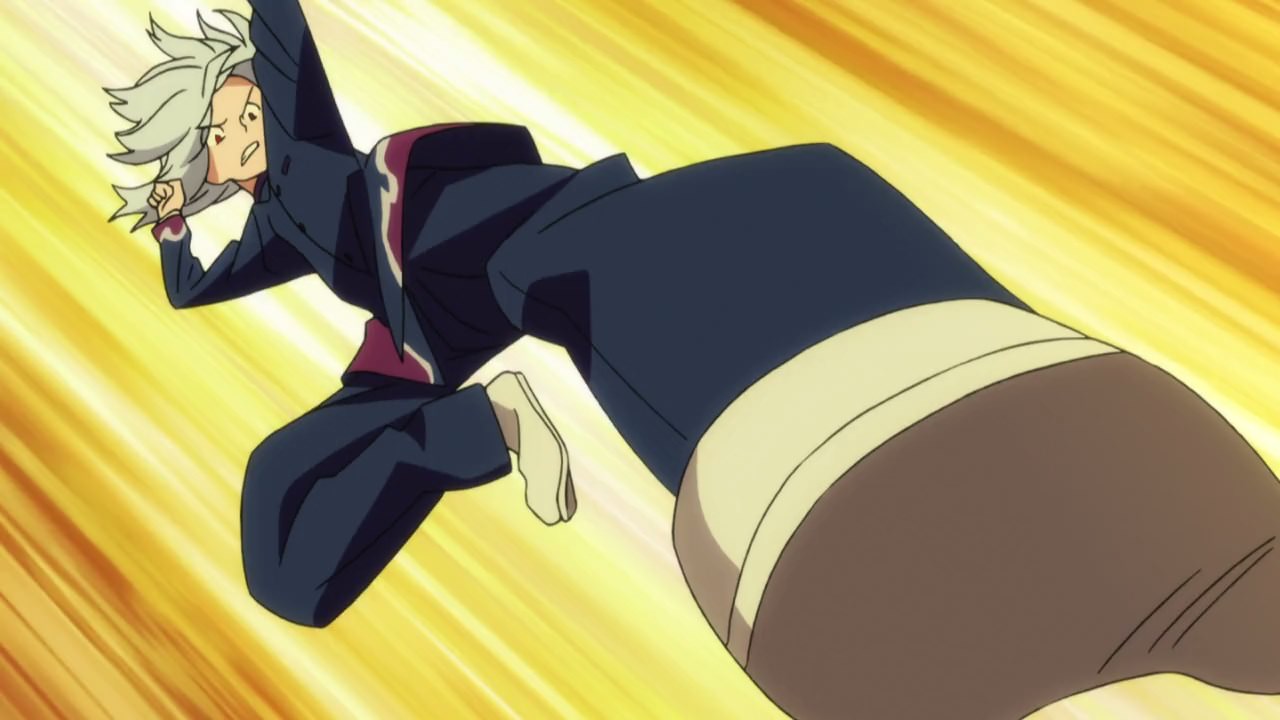 …which is Anti as he’s about to drop a deadly kick on Yuuta Hibiki! 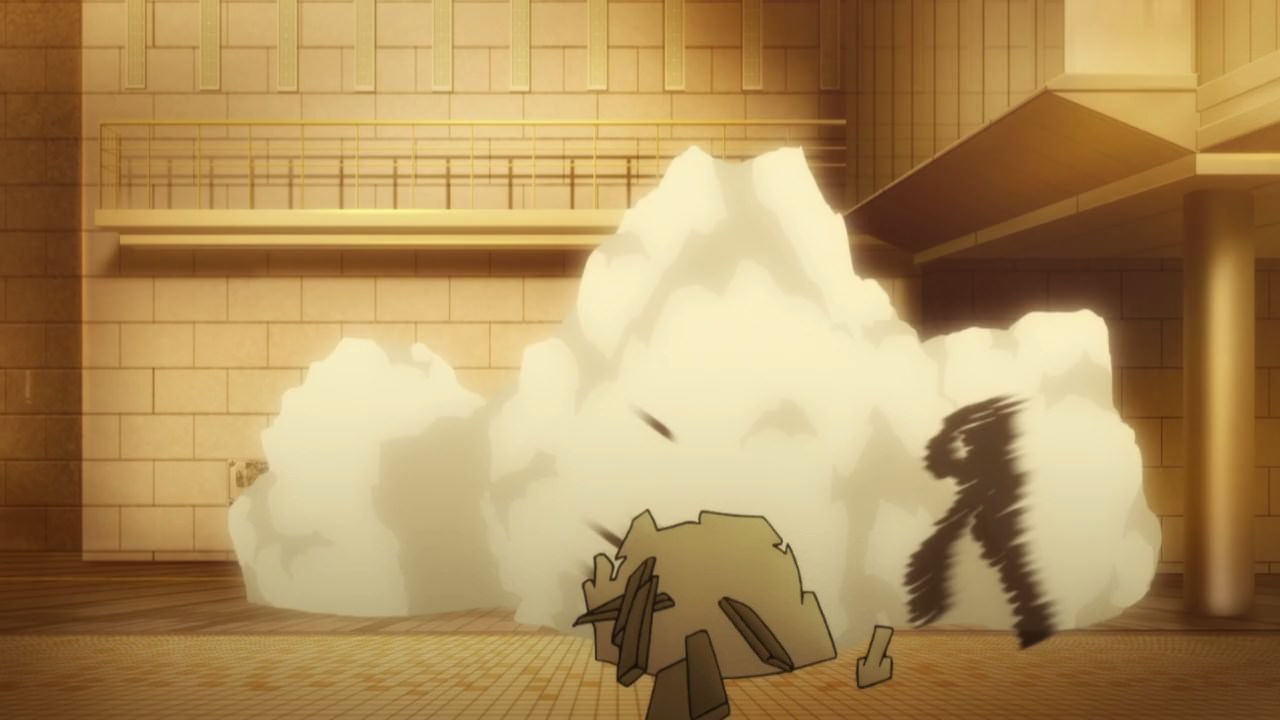 Fortunately, Yuuta dodged it but it’s not over yet ’cause Anti is about to murder him! 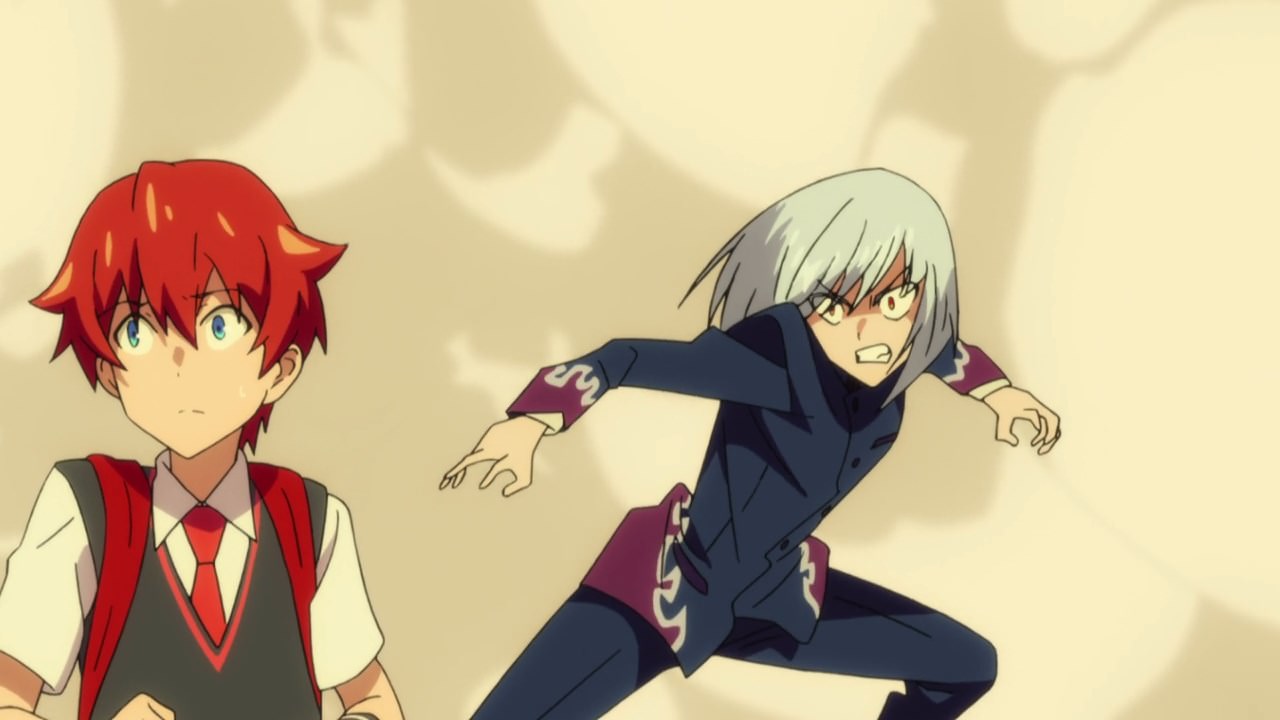 In fact, Anti will do the backstabbing approach. Better dodge this one, Yuuta-kun! 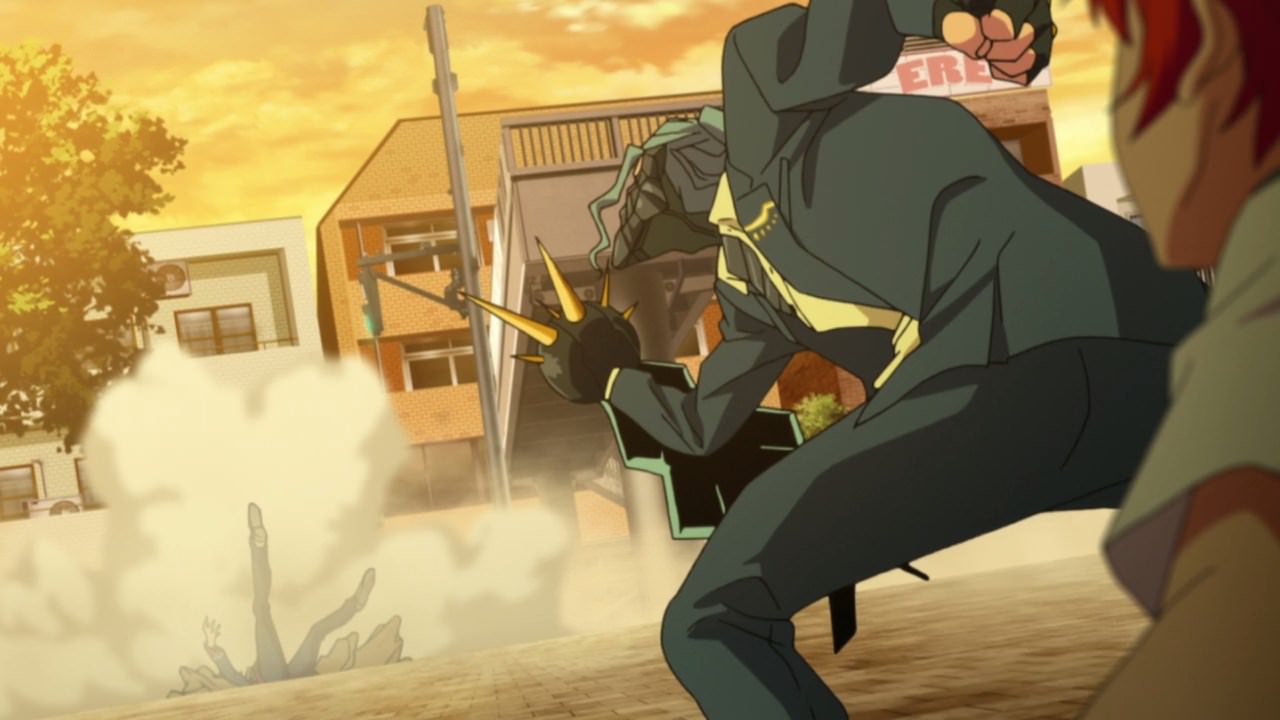 Nah, he doesn’t have to as Max comes to the rescue as Max punched Anti away from Yuuta Hibiki. 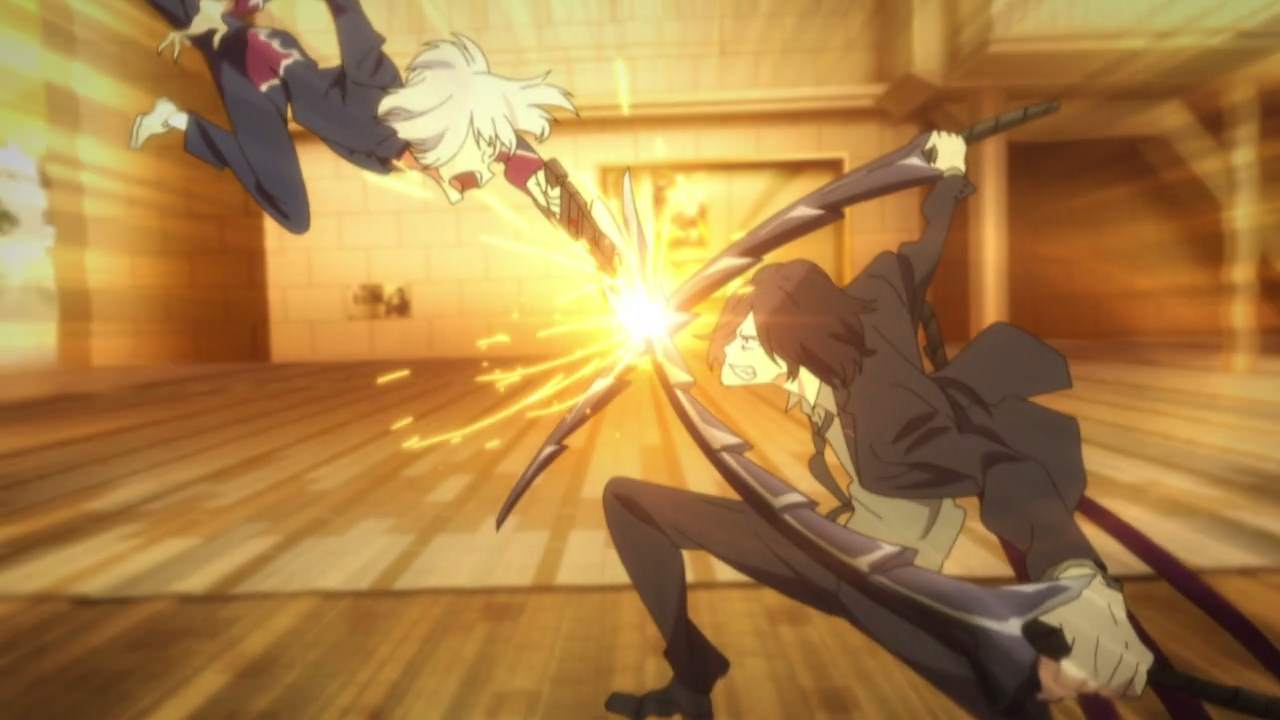 But then again, Anti is persistent so it’s up to Samurai Calibur to parry his attacks until he’s tired. You know what, it would be better if they told Anti that Yuuta is not Gridman because it’s not satisfying to murder the host of the hyper agent.

With that said, this episode left me in shock because of the revelation that Tsutsujidai is created with just data. However, the question is what happened to the real Tsutsujidai. Is the town destroyed all along? With that said, I think we’ll have to find out ourselves in the next episode!