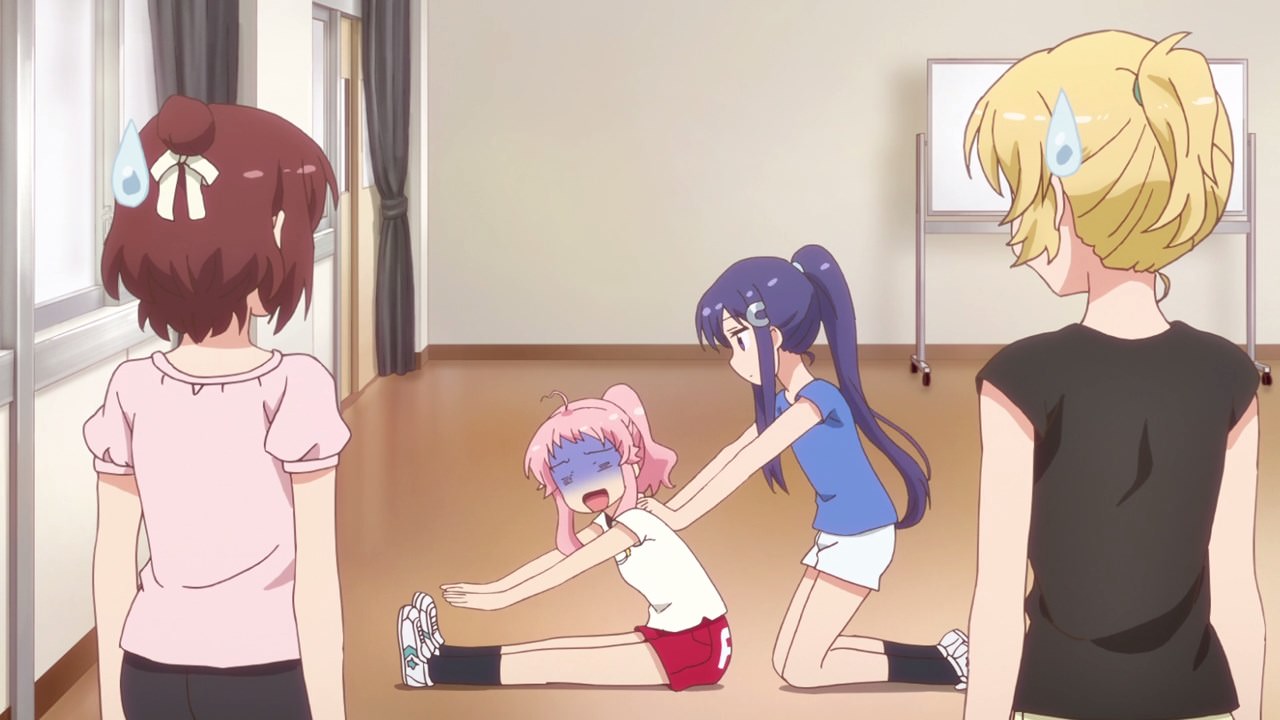 Hey guys, we’re here at the halfway point as the cheerleading association got an invitation to perform at the Kaminoki Festival.

Then again, I’m worried about Kohane Hatoya as her body isn’t flexible enough to do stunts. 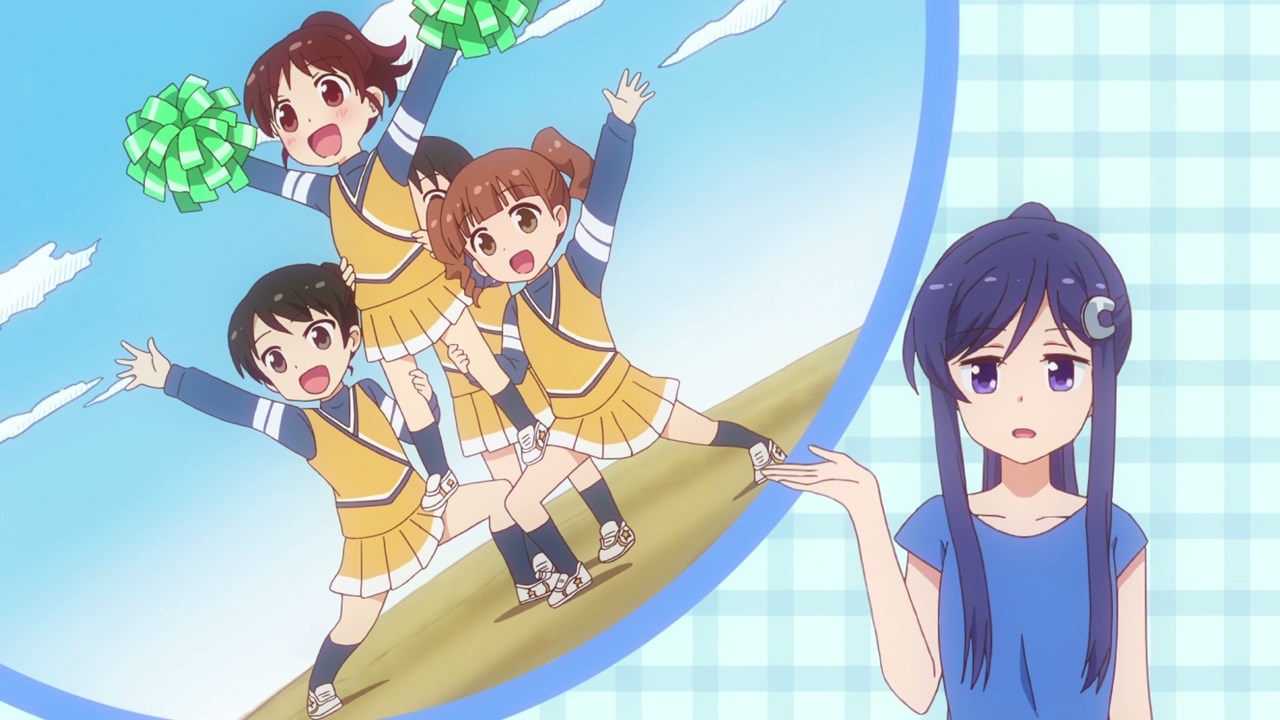 Speaking of stunts, Hizume Arima teaches them on how to perform the double base thigh stand.

This stunt doesn’t involve jumping as the selected cheerleader will have to stand on top of the girls’ thighs.

Anyways, looks like Kohane Hatoya is selected to become the centerpiece of this stunt, with Hizume Arima and Kotetsu Tatejima becomes the base while Uki Sawatari acts as the spotter to make sure Kohane won’t fall. 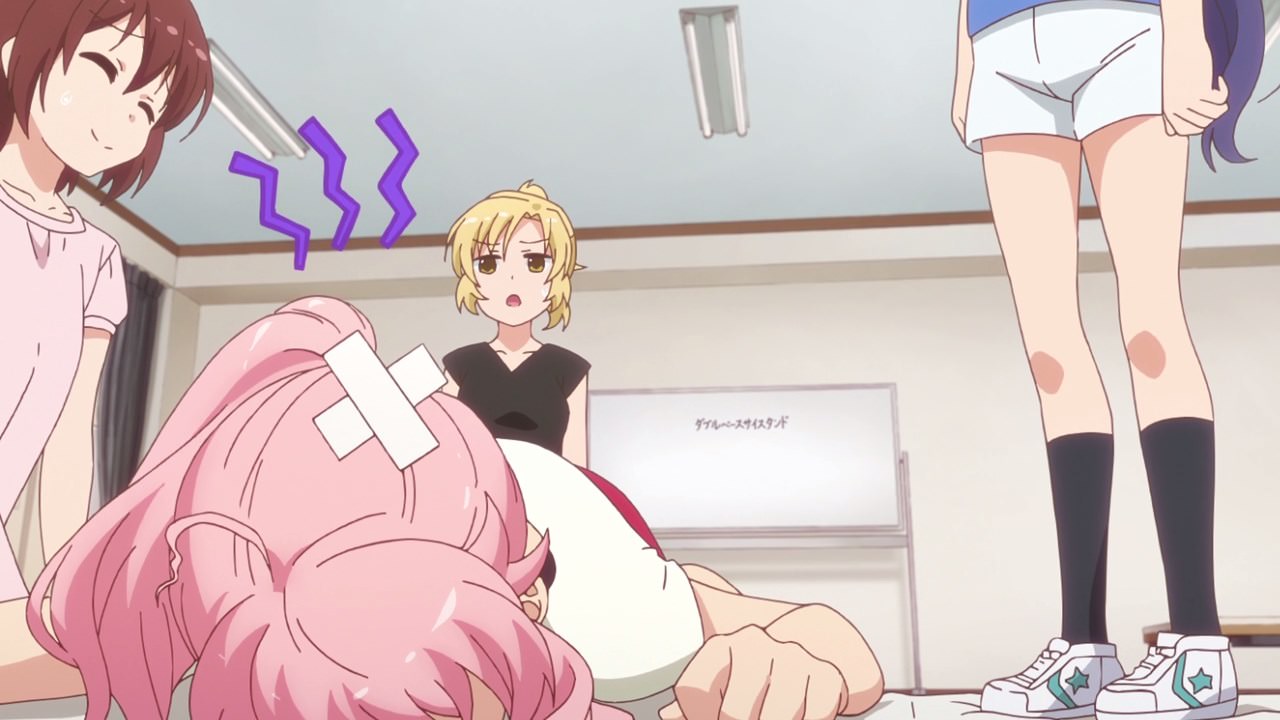 Speaking of falling, I fear that Kohane might fall face-first into the pavement as she has a fear of heights. But you know what, she’ll get used to it! 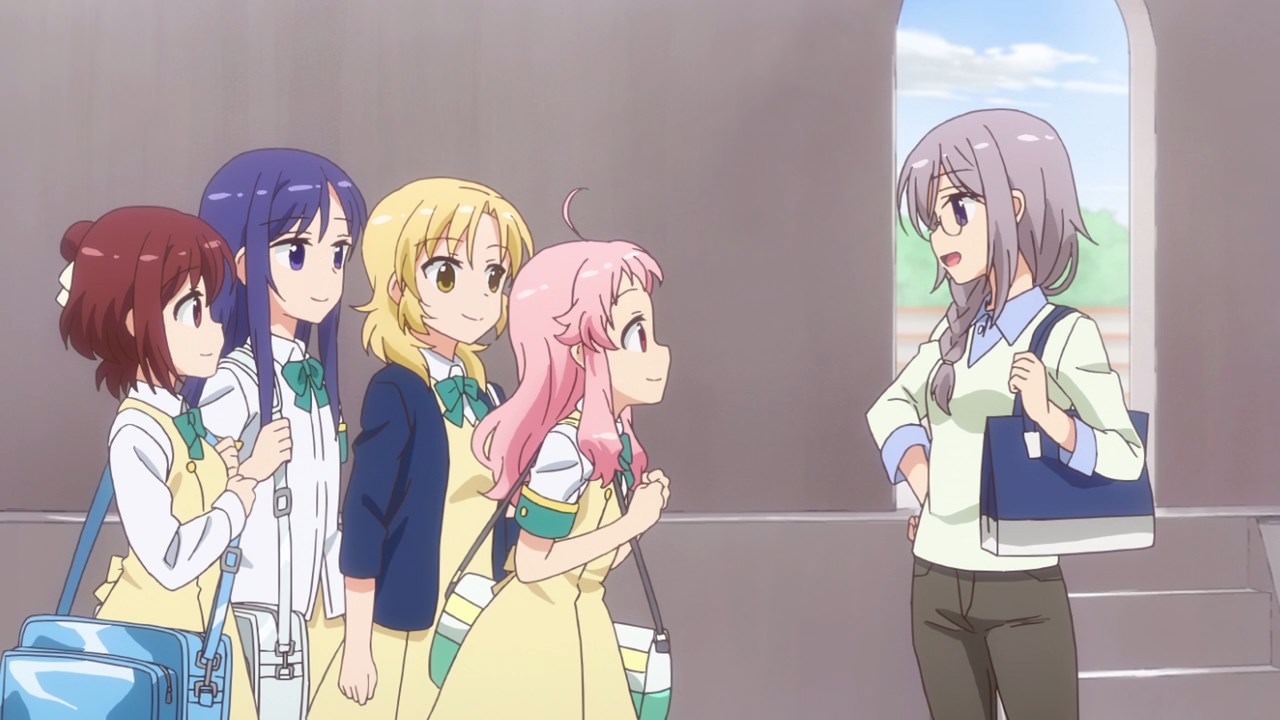 Now then, it’s time for the Kaminoki Festival where the cheerleading association are greeted by Inukai-sensei.

By the way, she’s not gonna become their club advisor unless the cheerleading association has 5 members. 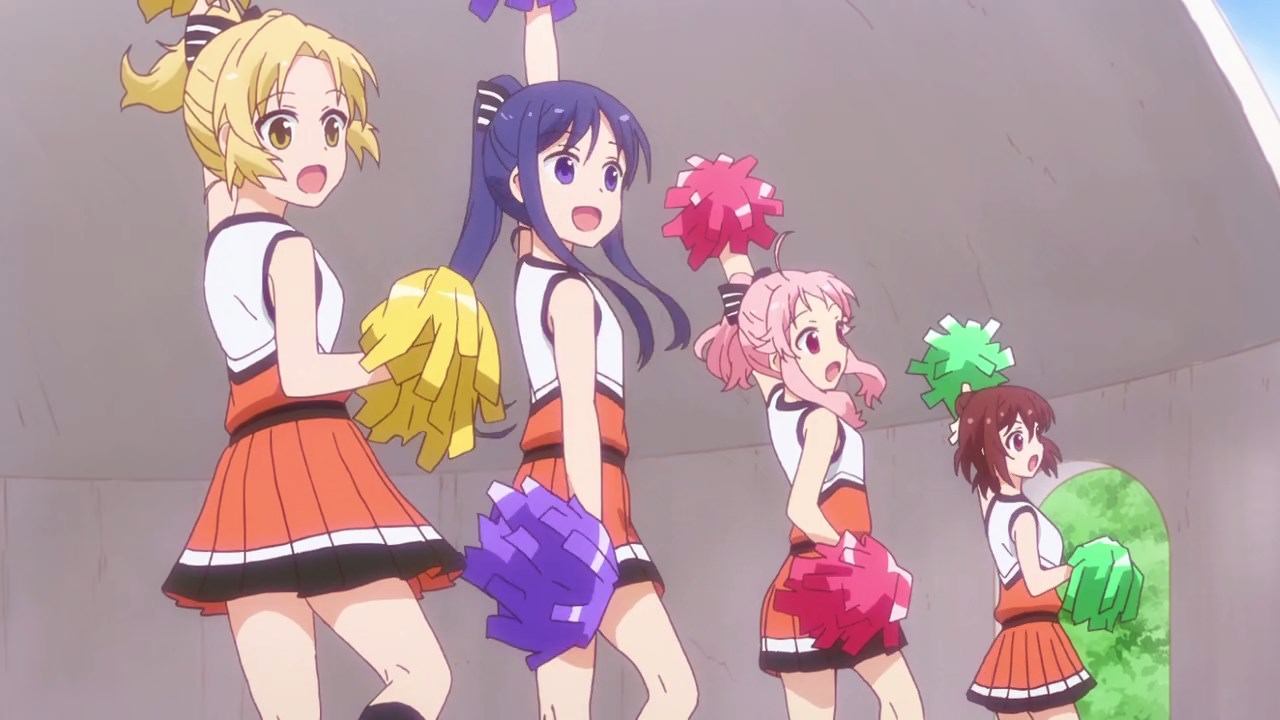 With that said, it’s time for Kohane Hatoya and the rest to do their stuff at a large crowd. 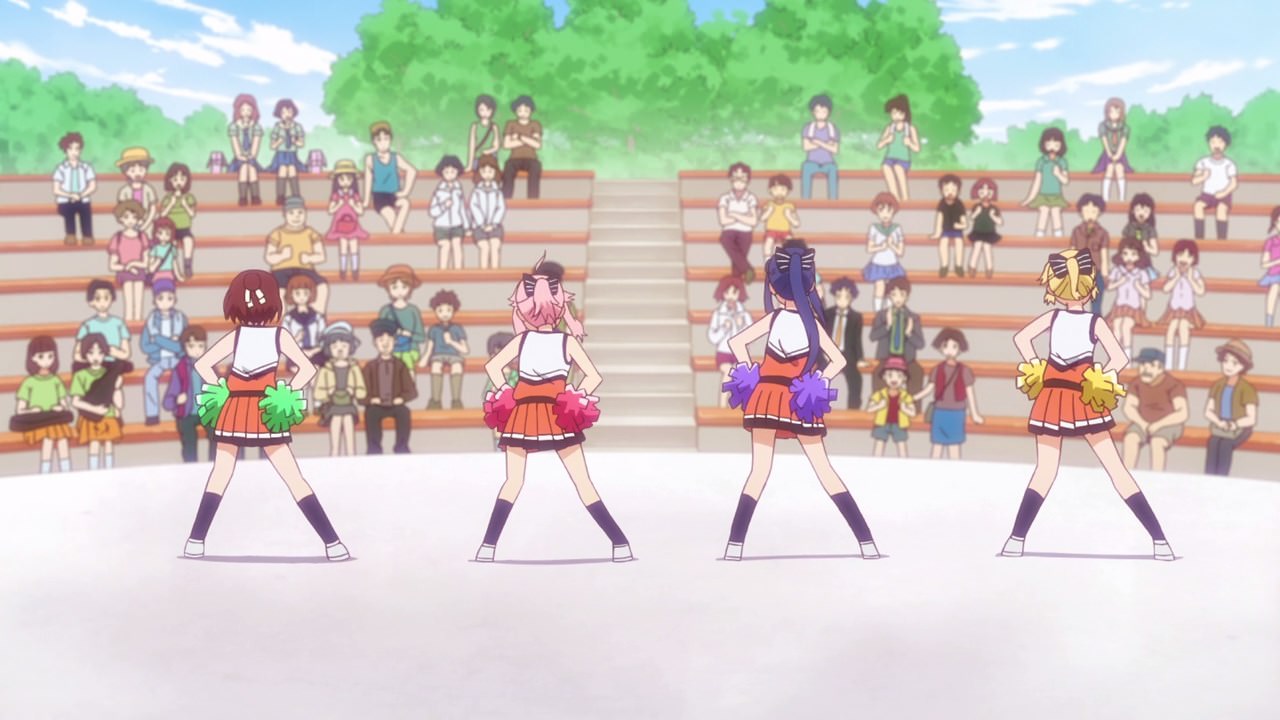 Even though they’re a bit nervous, their week of training will be paid off once cheerleading association pulled the double base thigh stand! 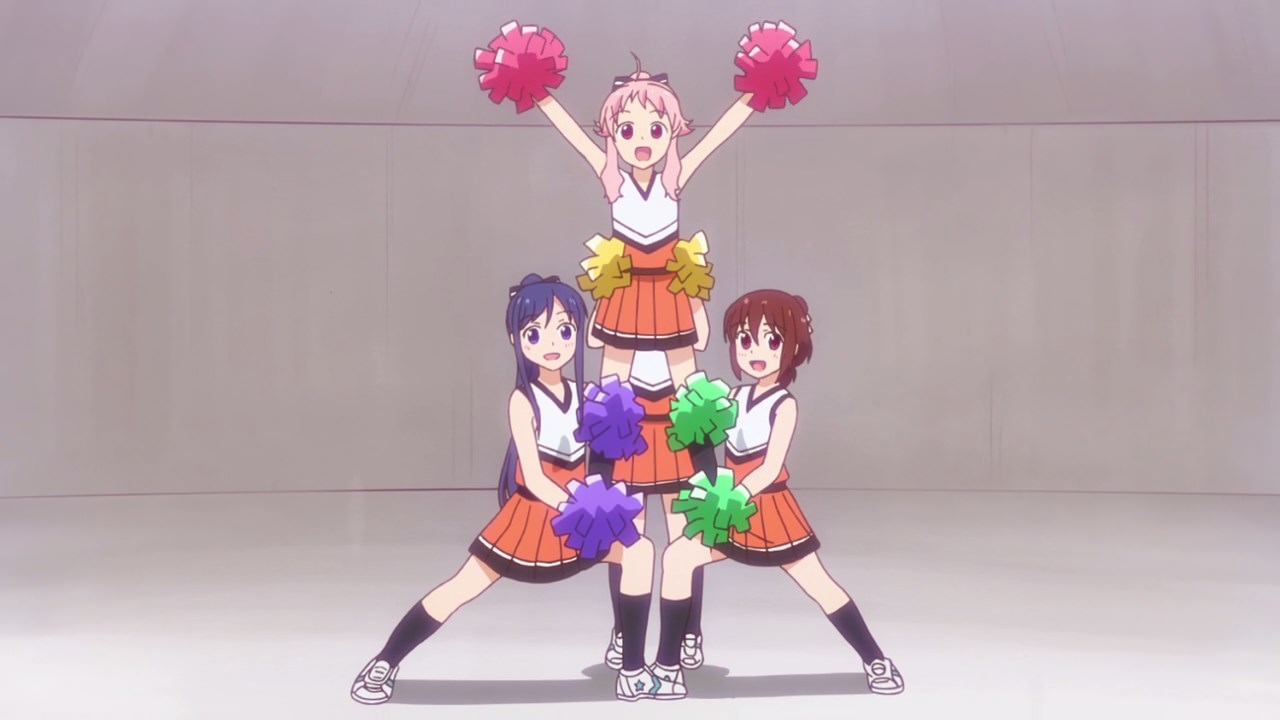 And you look at that, they managed to pull it off as Kohane stood high and proud without fear! 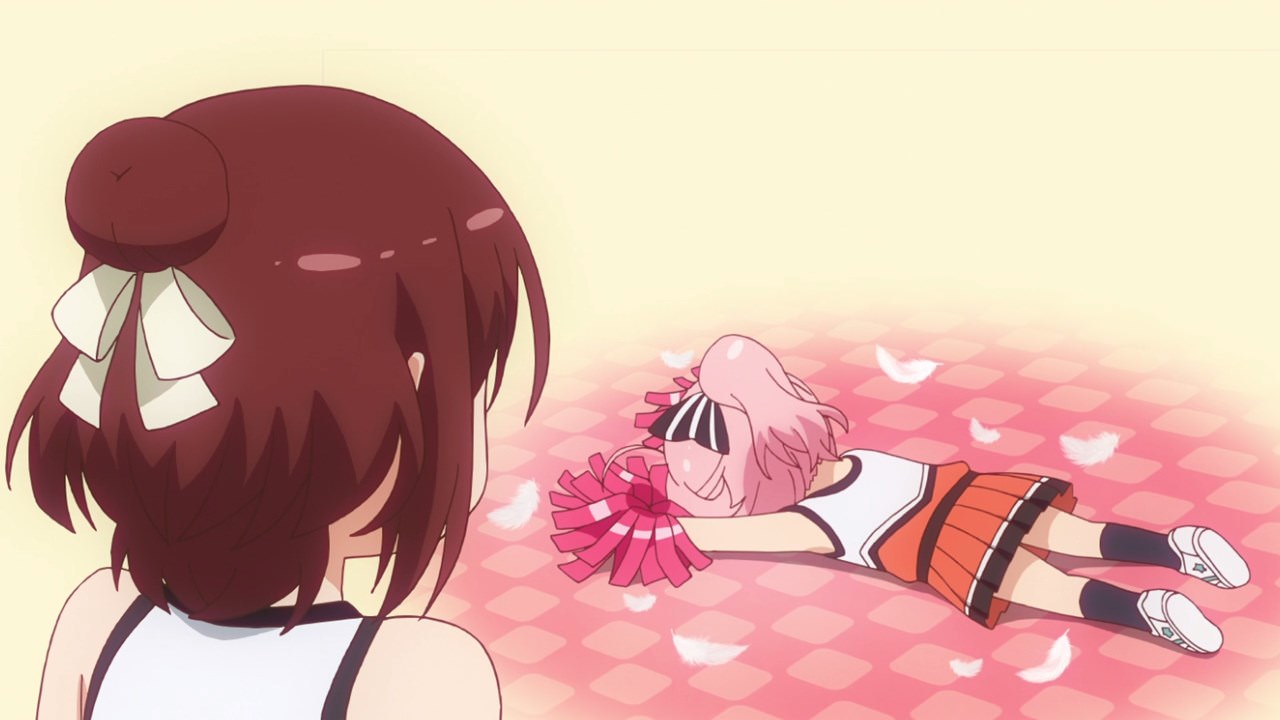 And then, she fell down face-first. Dangit Hatoya, you ruined it! Still, the crowd loved their performance and that’s what matters. 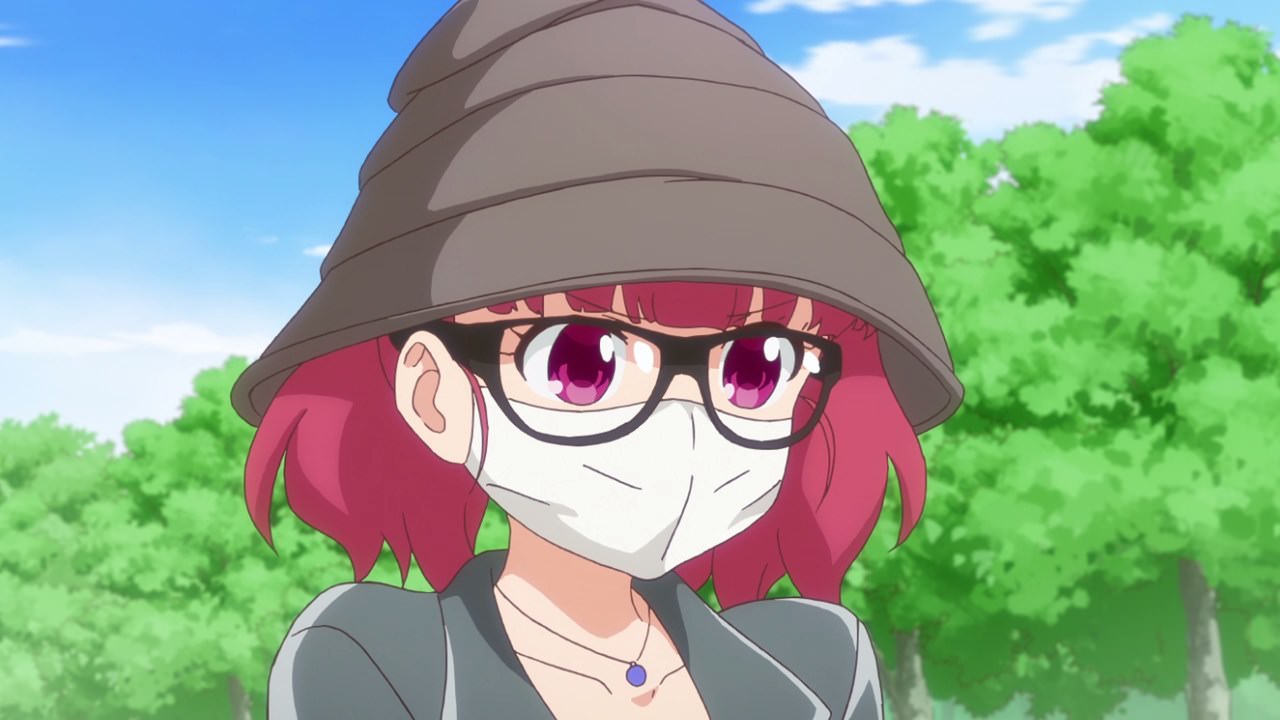 However, there’s one person who’s not impressed by it. Who is this person and why she’s at the Kaminoki Festival? We’ll find that out on the next episode!