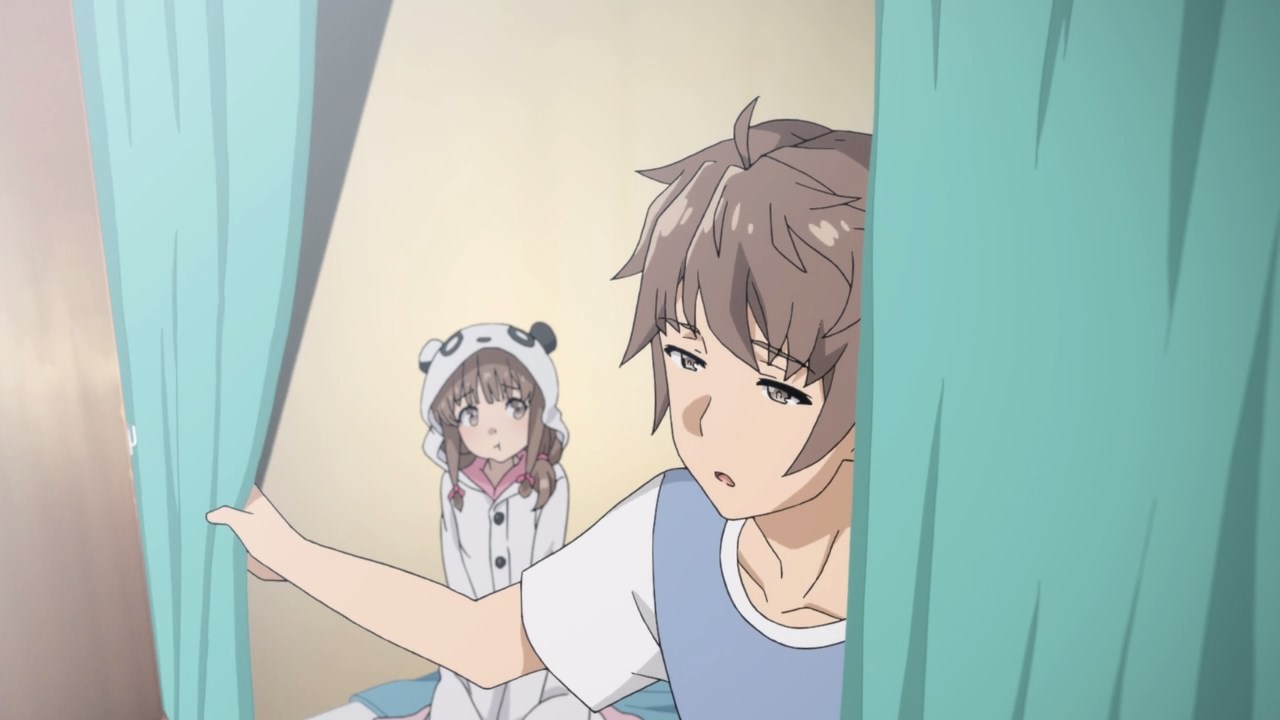 It’s August 2 and summer has arrived. While Kaede Azusagawa wants to commit incest with her brother, Sakuta has no time for such things… 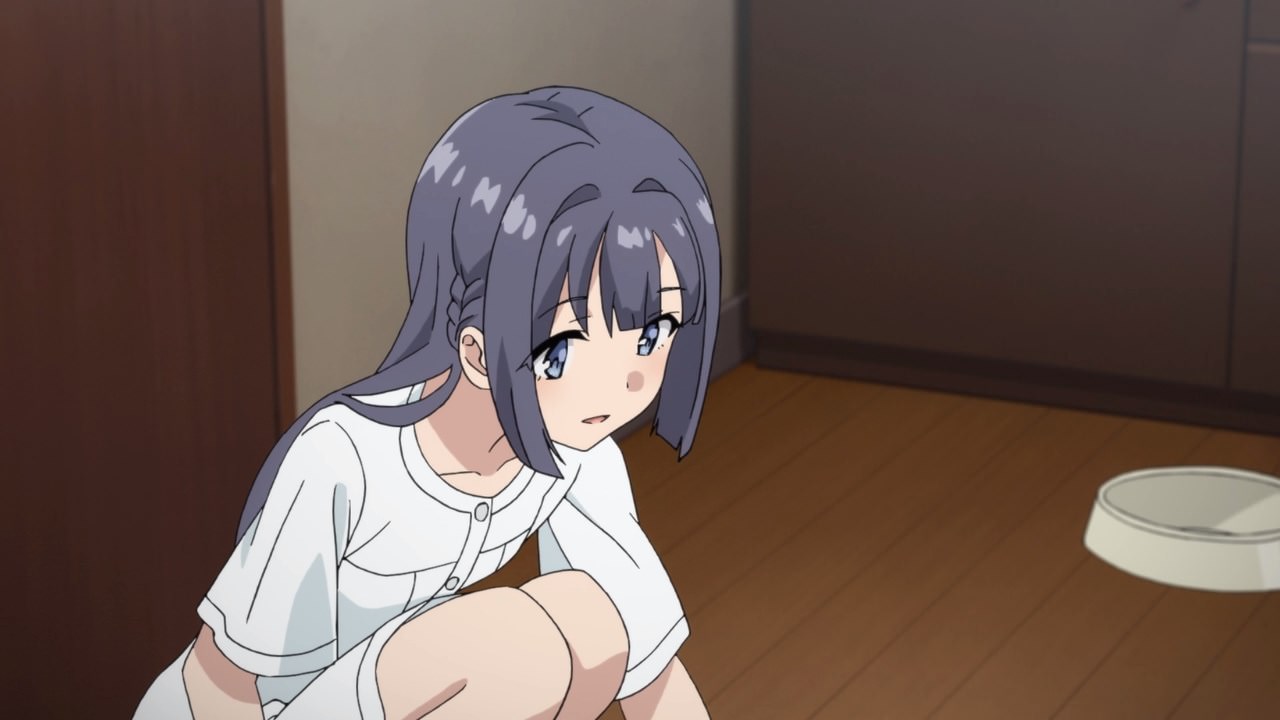 Anyways, Sakuta Azusagawa brought over his first crush Shoko Makinohara to his apartment. However, Shoko has no recollection on her first meeting with Sakuta.

And come to think of it, I feel that Shoko Makinohara didn’t grow up as a beautiful lady as her age has been regressed. Could it be that the Puberty Syndrome has turned Shoko into a middle school student? 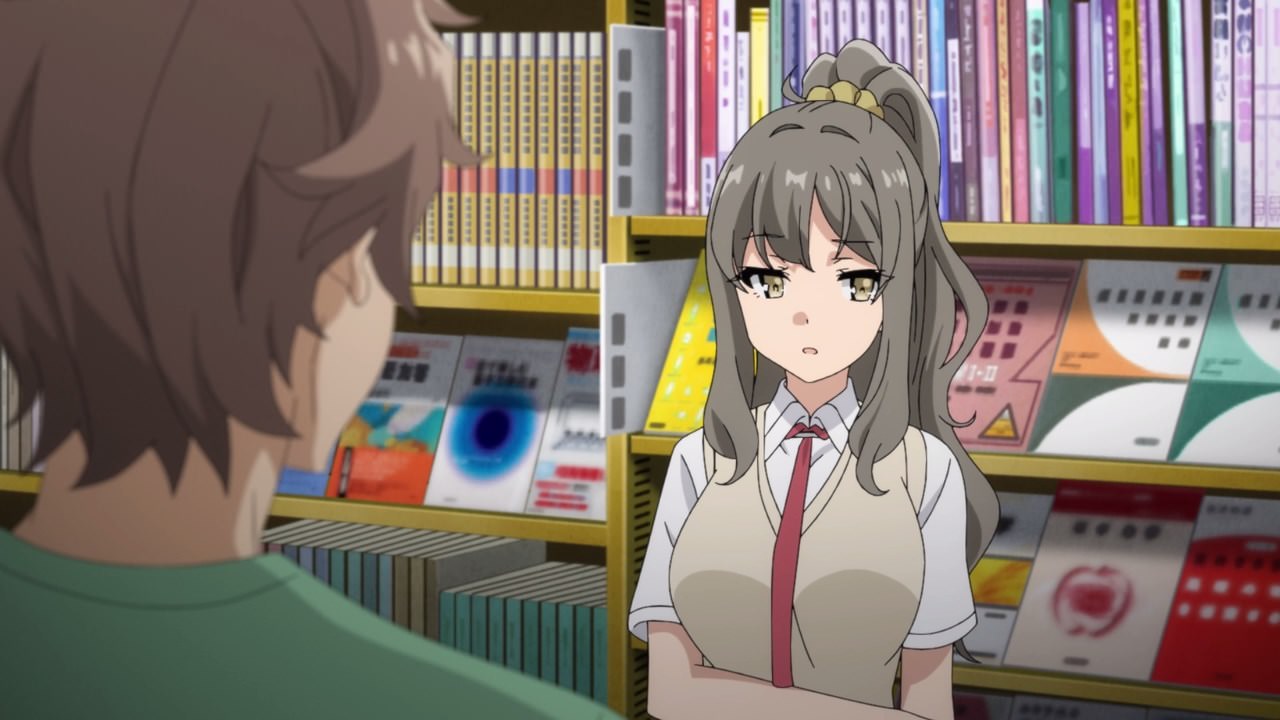 Now then, here’s Rio Futaba as she changed her appearance a bit. Is Rio wanting to have a boyfriend because of her new look? Probably, but it’s not gonna be Yuuma Kunimi because he already has a girlfriend. 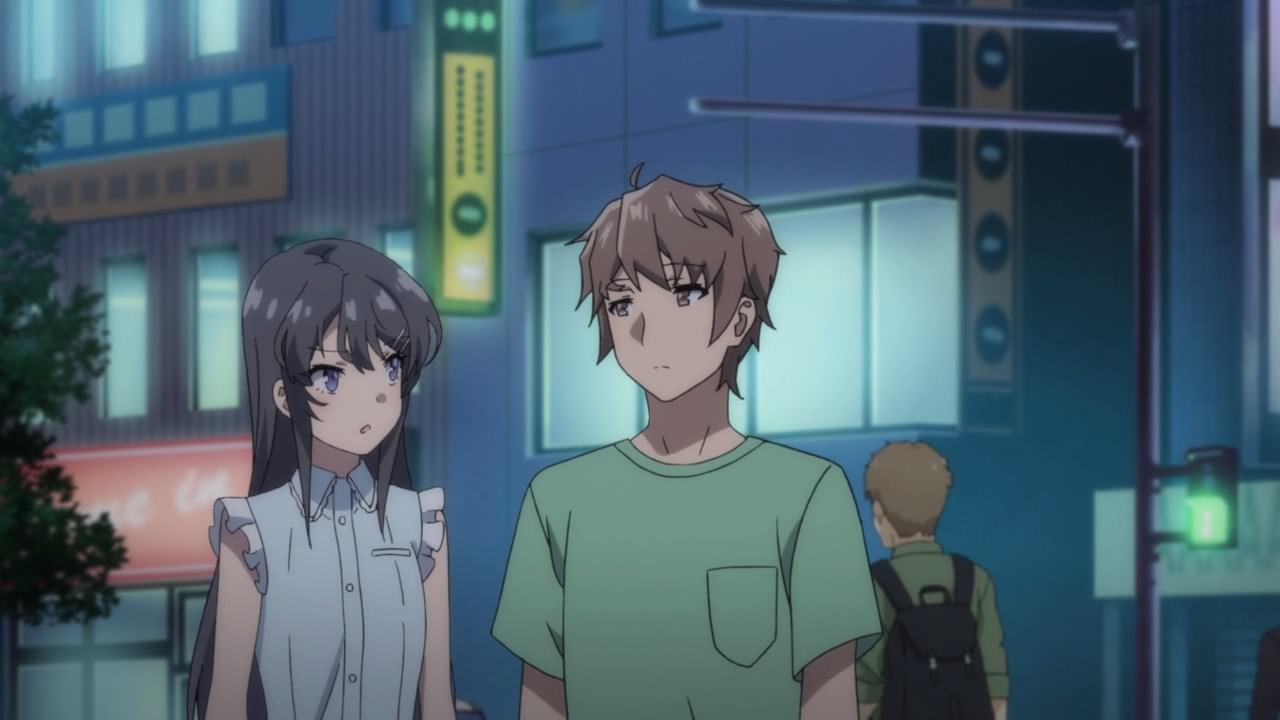 Sure that she’s busy with showbiz, but Mai-sempai has some time flirting with Sakuta even though they haven’t kiss in the lips yet. Regardless, I hope they have a fun time! 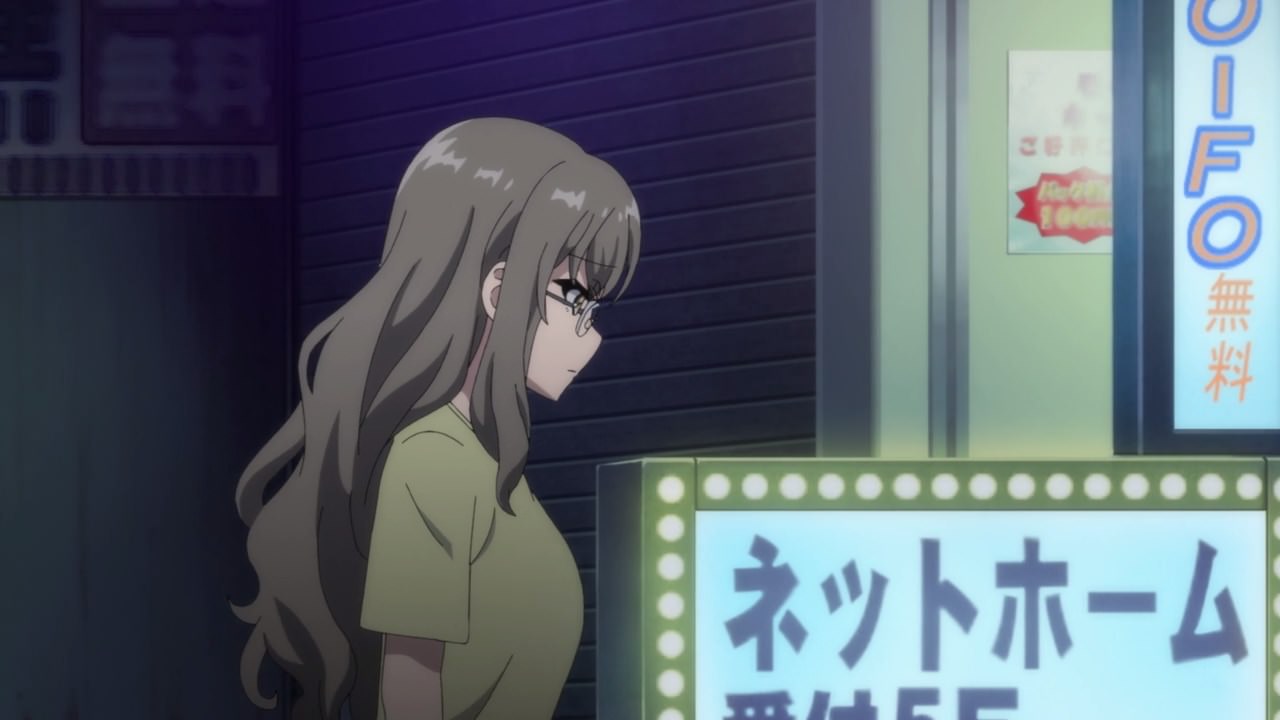 But then, Azusagawa saw Rio Futaba. This time, she’s in her usual appearance with glasses and all. What is she doing here in the middle of the night? 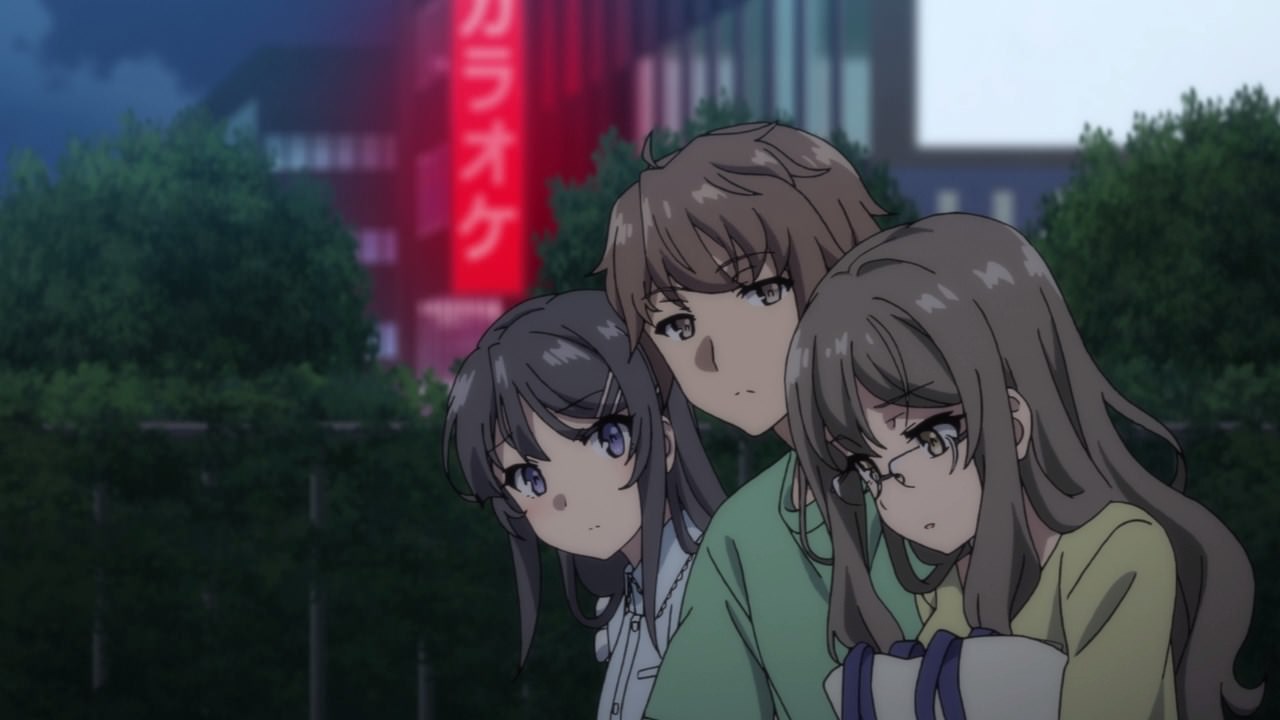 Well, Rio explained that there’s a doppelganger on the loose and she’s hiding from her clone. Now the one that Sakuta saw earlier? That’s Futaba’s doppelganger!

And while the real Rio Futaba will explain everything in a scientific way, I’ll tell you that to put it simply, the reason why Rio got a double is because of Yuuma Kunimi, who Rio has a crush on him. But anyways, time for Sakuta Azusagawa to hide the real Rio at his apartment… 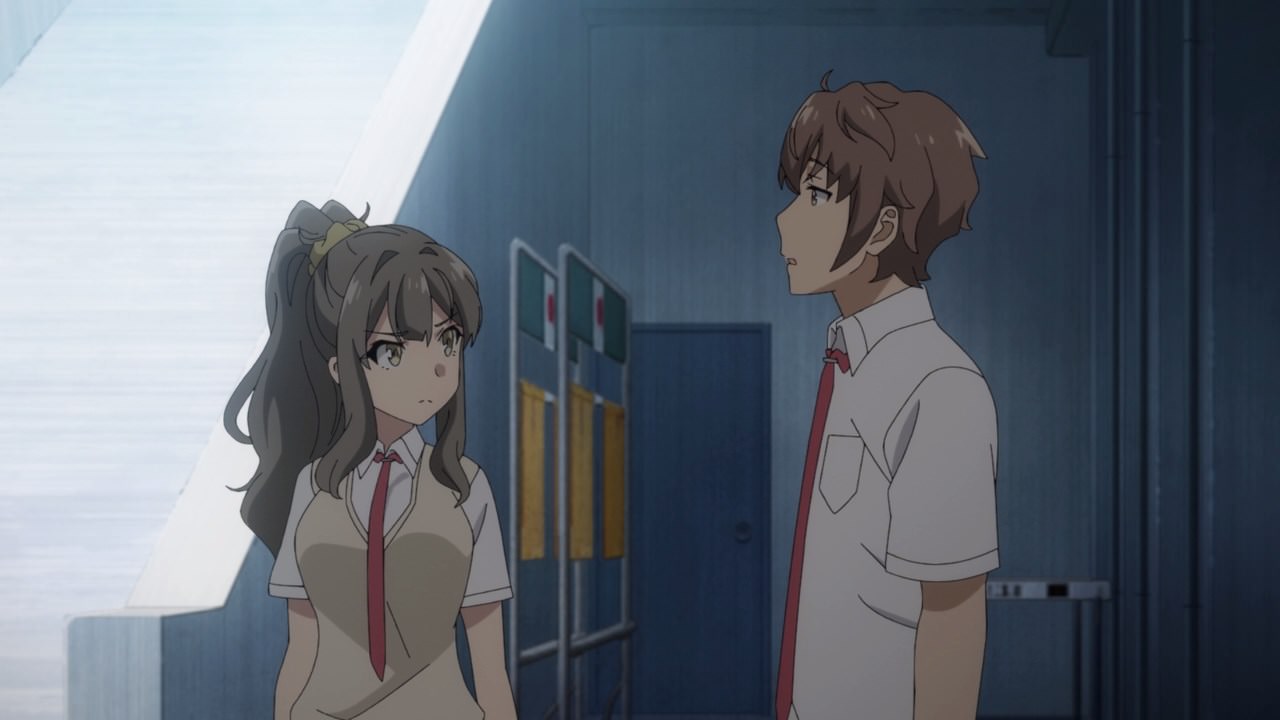 …and meet Rio’s doppelganger where she was created because this doppelganger wants to truly express her love with Yuuma Kunimi, something that real one couldn’t do.

Any by the way, if you want proof that the real Rio Futaba is living inside Sakuta Azusagawa’s apartment. 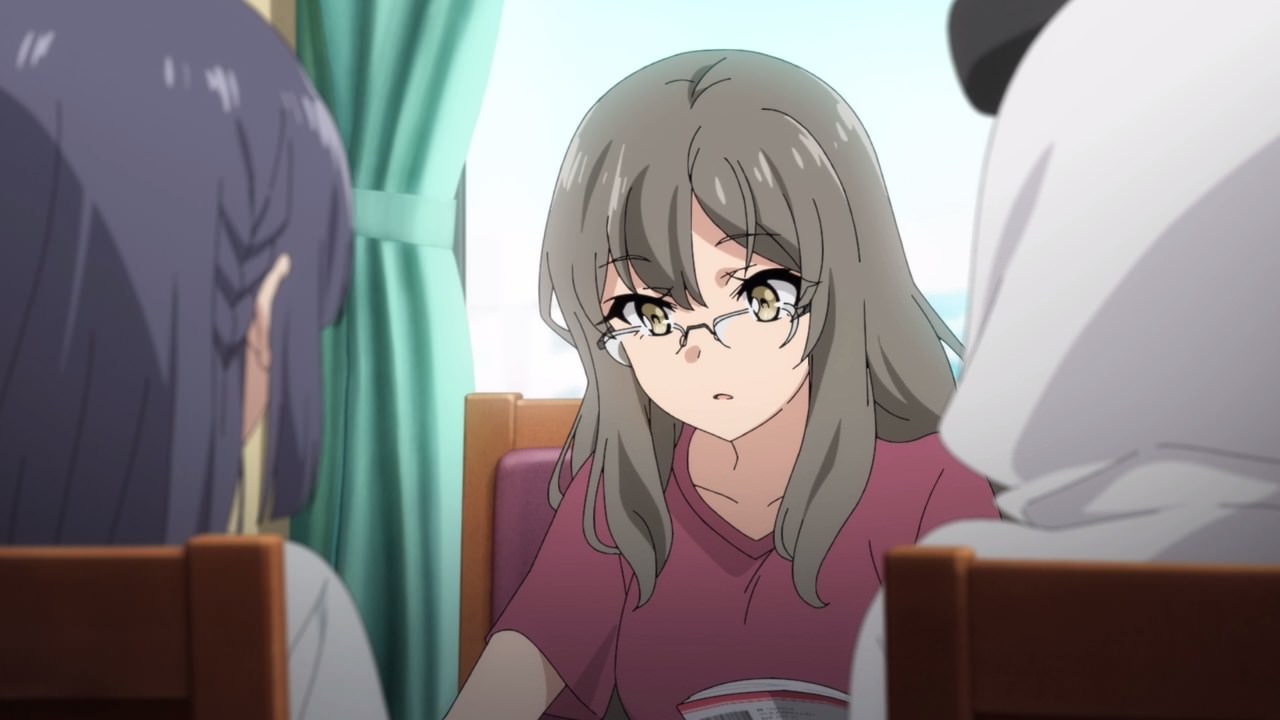 Well, here she is as the real Rio Futaba is tutoring both Kaede Azusagawa and Shoko Makinohara.

Since she’s smart, I feel that Rio could become a college professor or a scientist someday. 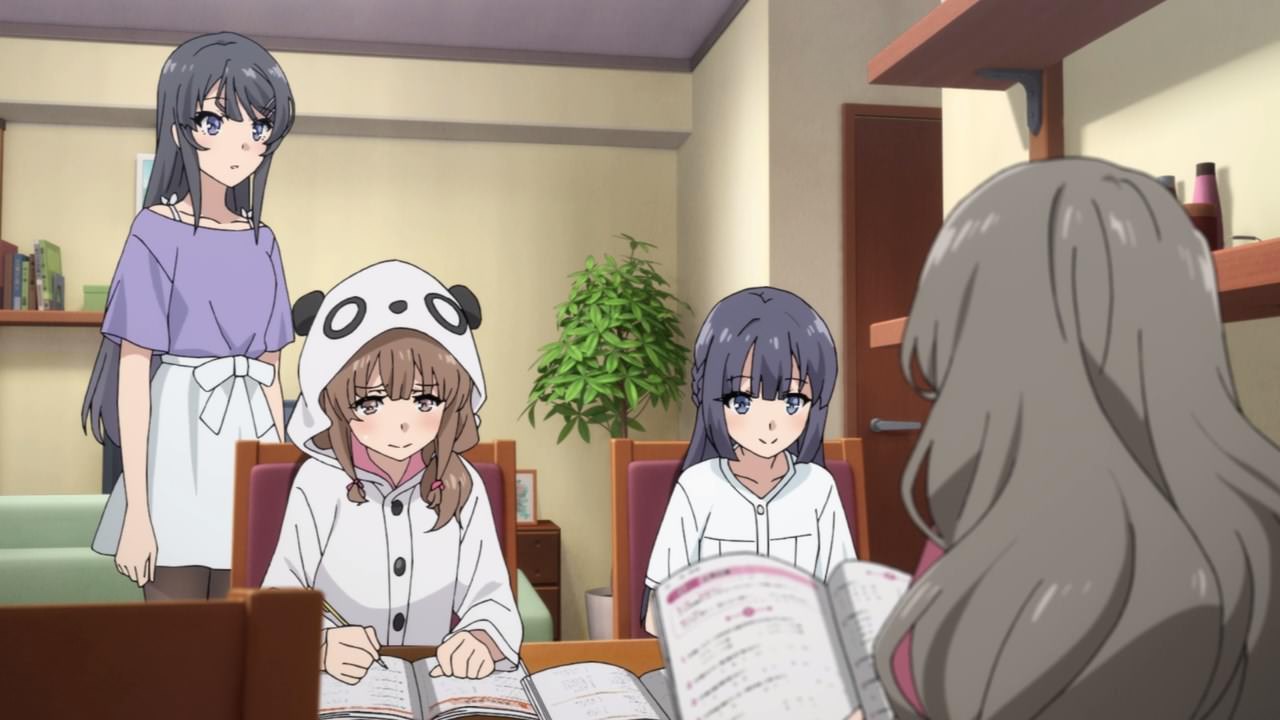 But you know what, despite not having Shoko’s story arc given her reappearance, I say that I like how this story arc is focused on Rio Futaba and her growing love life towards Yuuma Kunimi, even though Saki Kamisato won’t let anyone talk to her boyfriend. 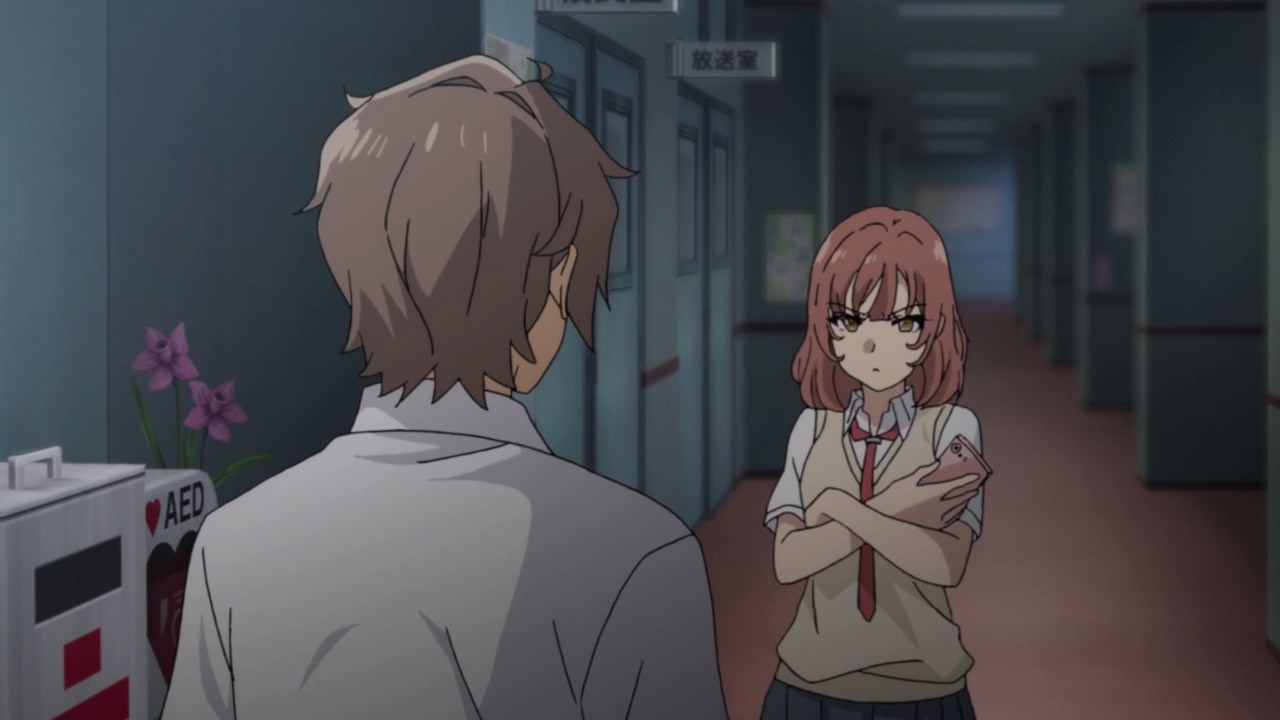 And speaking of Saki Kamisato, I have a bad feeling that she doesn’t like how Rio Futaba is seeking attention towards Yuuma Kunimi, whether she’s a doppelganger or not.

With that said, I can’t wait for the next episode because I want to know how Rio’s story will play out!