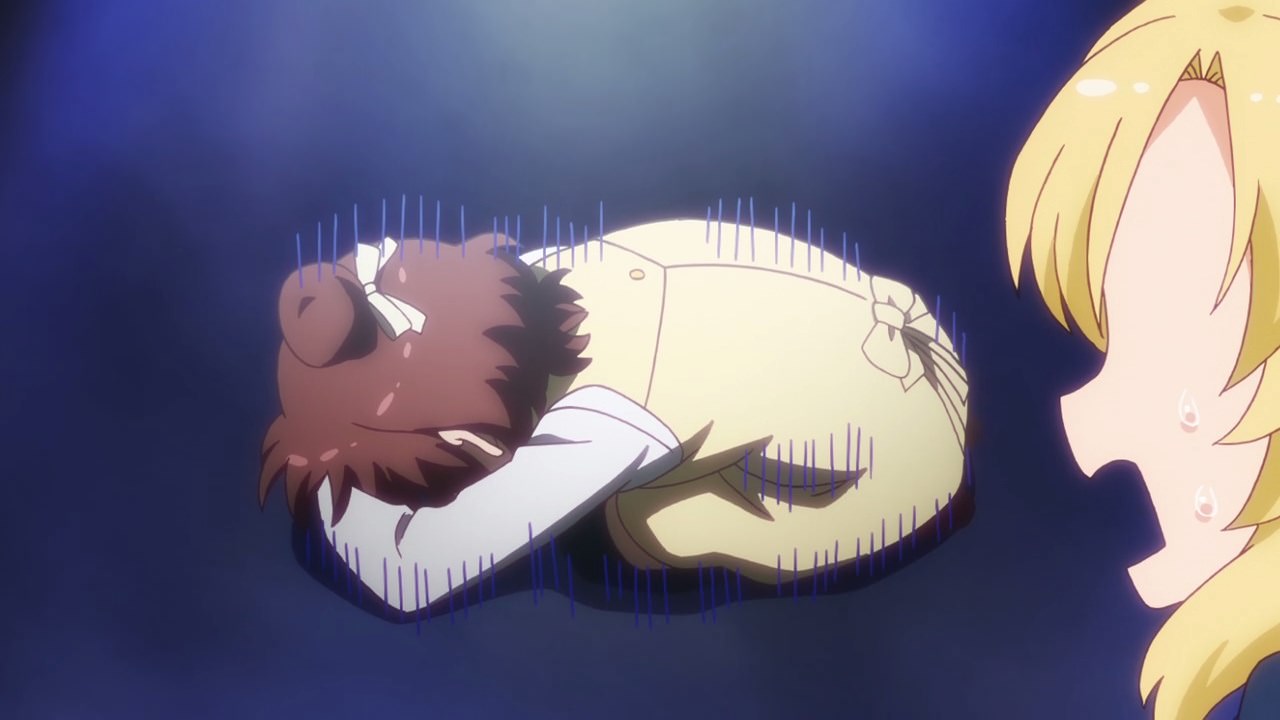 Here’s Kotetsu Tatejima where her only regret was not being the centerpiece of the double base thigh stand.

That’s because Kotecchan is having weight woes, coupled with the revelation that Kohane Hatoya is afraid of heights. But you know what, the past is already happened and it’s time to move on! 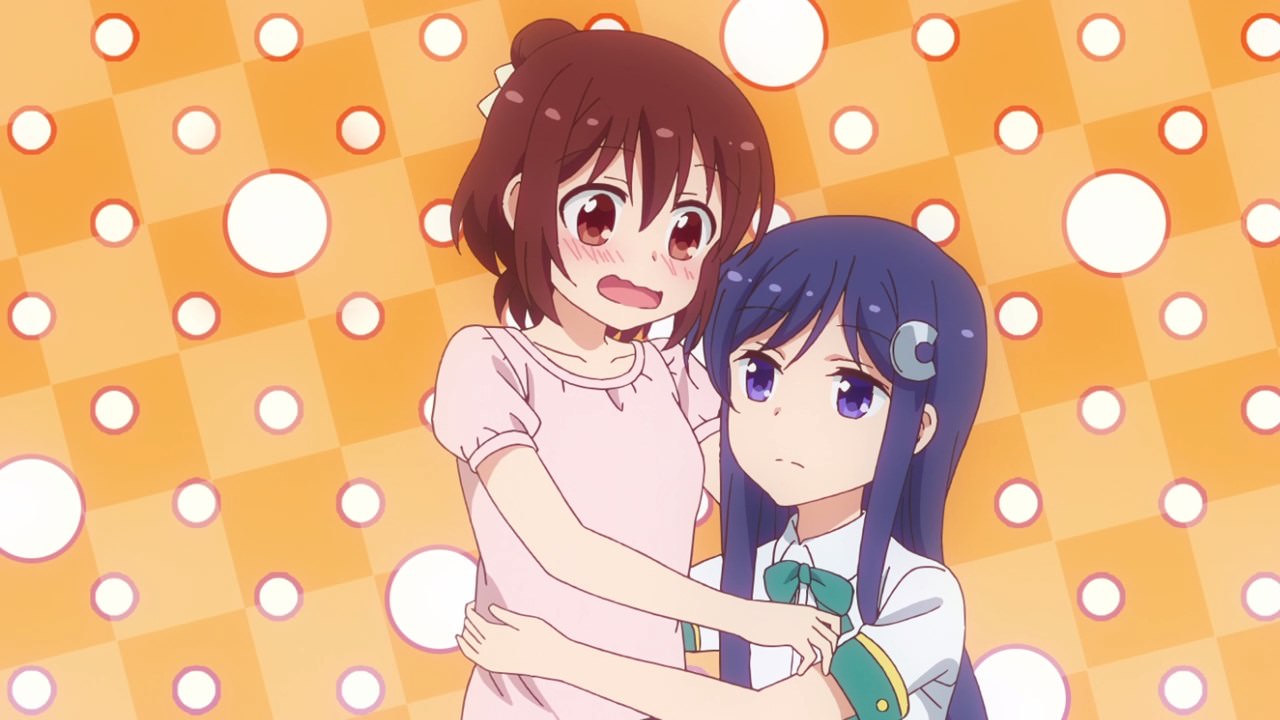 And really, Kotecchan is somewhat lighter that Hizume Arima can easily lift her up. Still, it would be nice if Tatejima lose a few pounds… 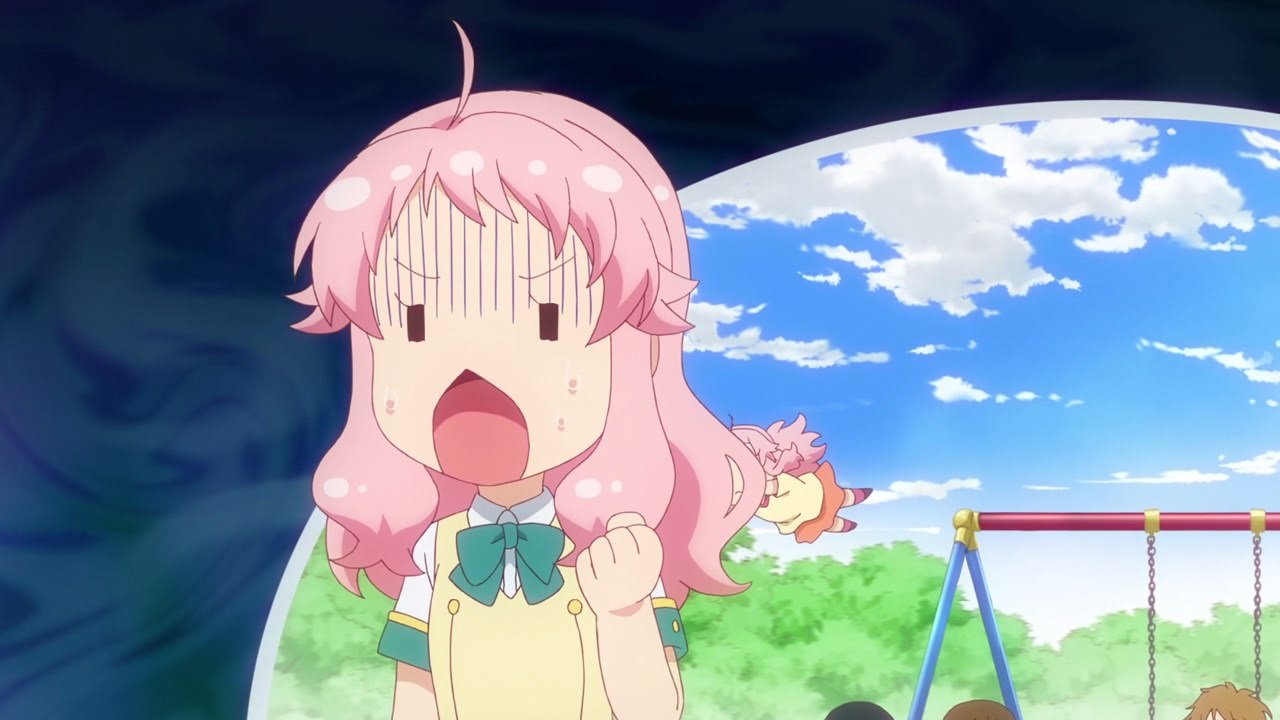 Now then, let’s learn about why Kohane Hatoya has a fear of heights? Well to put it simply, she jumped from the top of the swings and got hurt pretty badly.

For such a simple reason of her acrophobia, I feel that it’s her fault for doing such a dangerous thing. 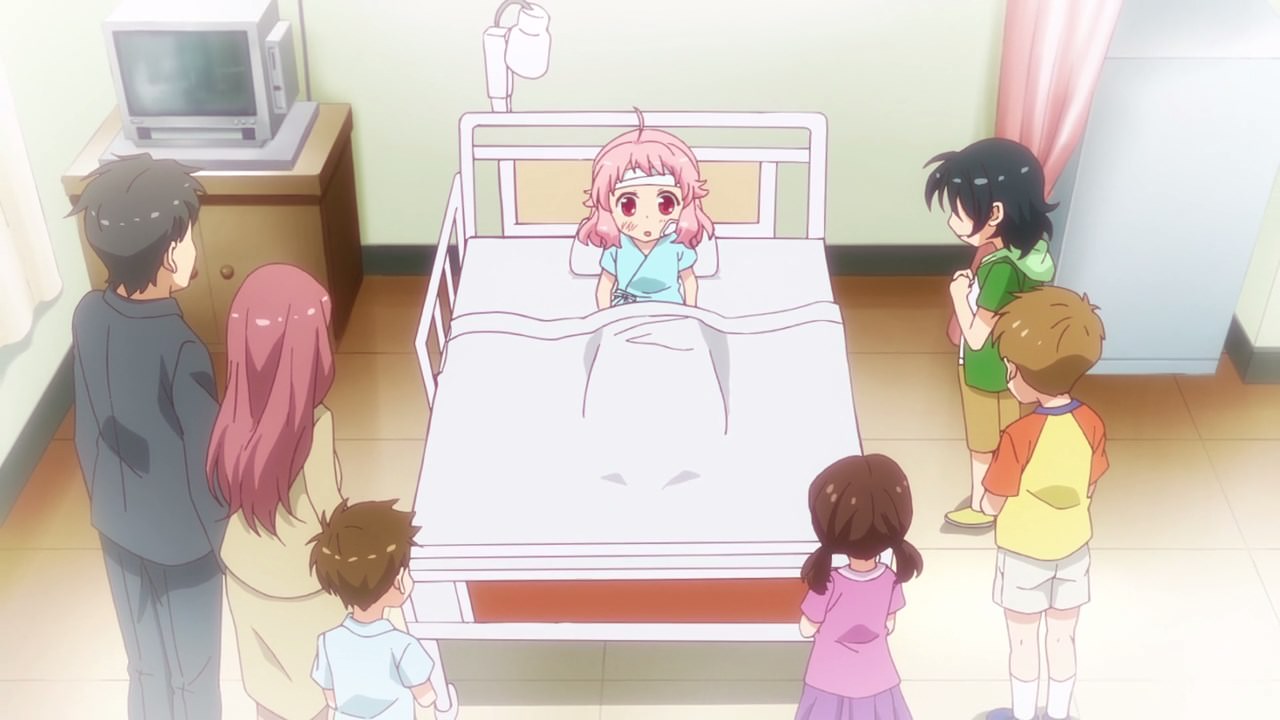 Still, Hatoya is okay as she was taken to the hospital to treat her wounds. Then again, that experience has scarred her for life.

But hey, at least Kohane got slightly better as she becomes a cheerleader thanks to Hizume Arima. 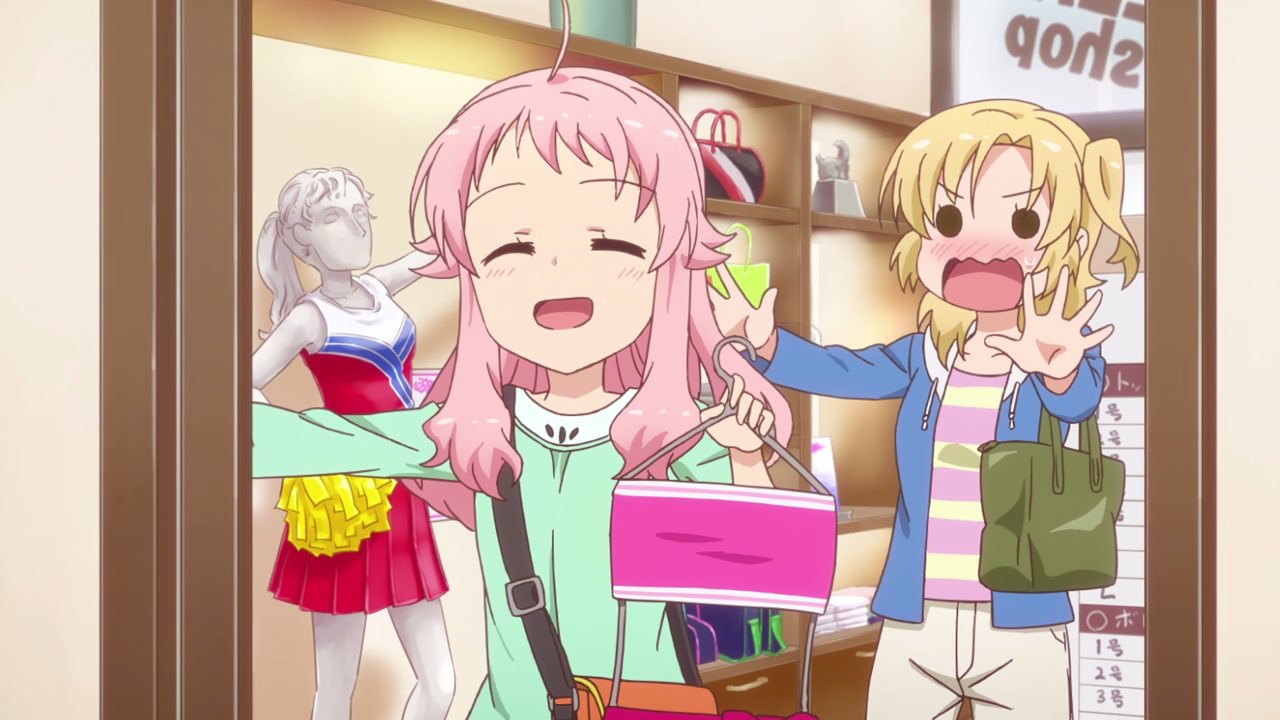 Moving onto the next scene where the cheerleading association went to a shop full of cheerleading equipment and uniforms to try it out, albeit expensive. 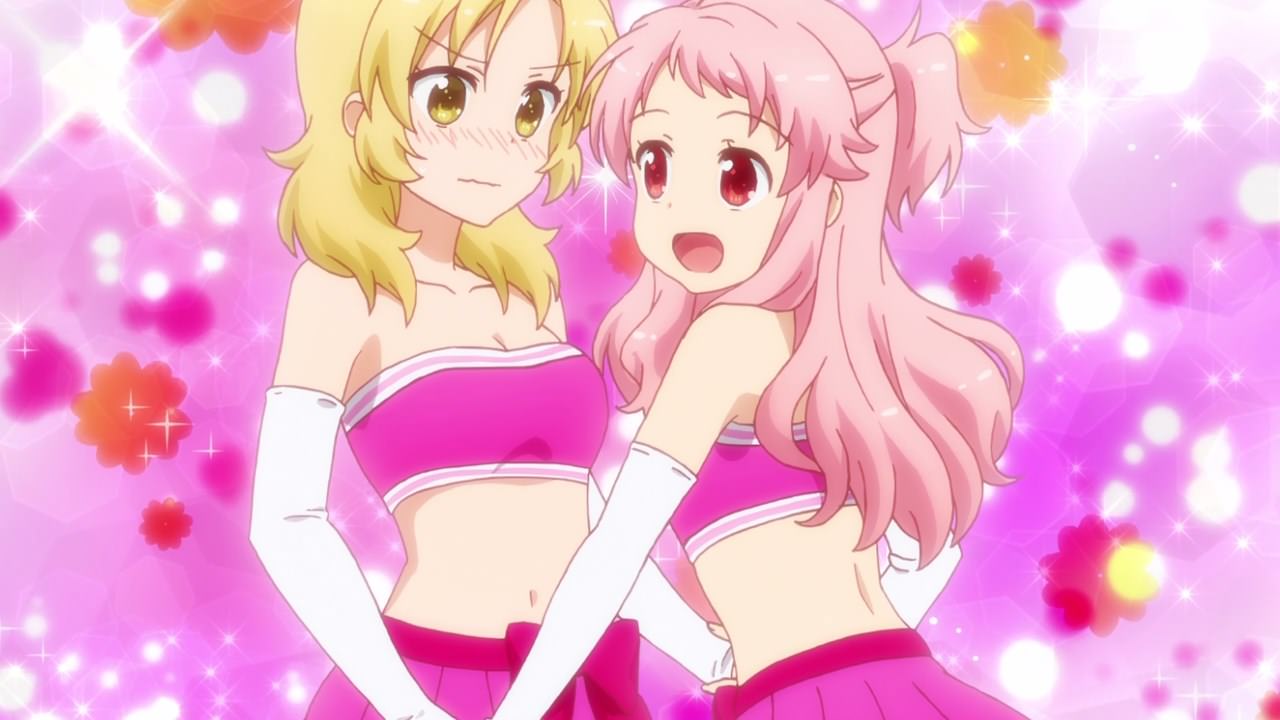 And speaking of Kohane Hatoya, she’s enjoying it as Kohane tries different uniforms at the embarrassment of Uki Sawatari, which she doesn’t want her belly button exposed.

In any case, I think their experience at the cheer shop will give them better uniform designs in the future. 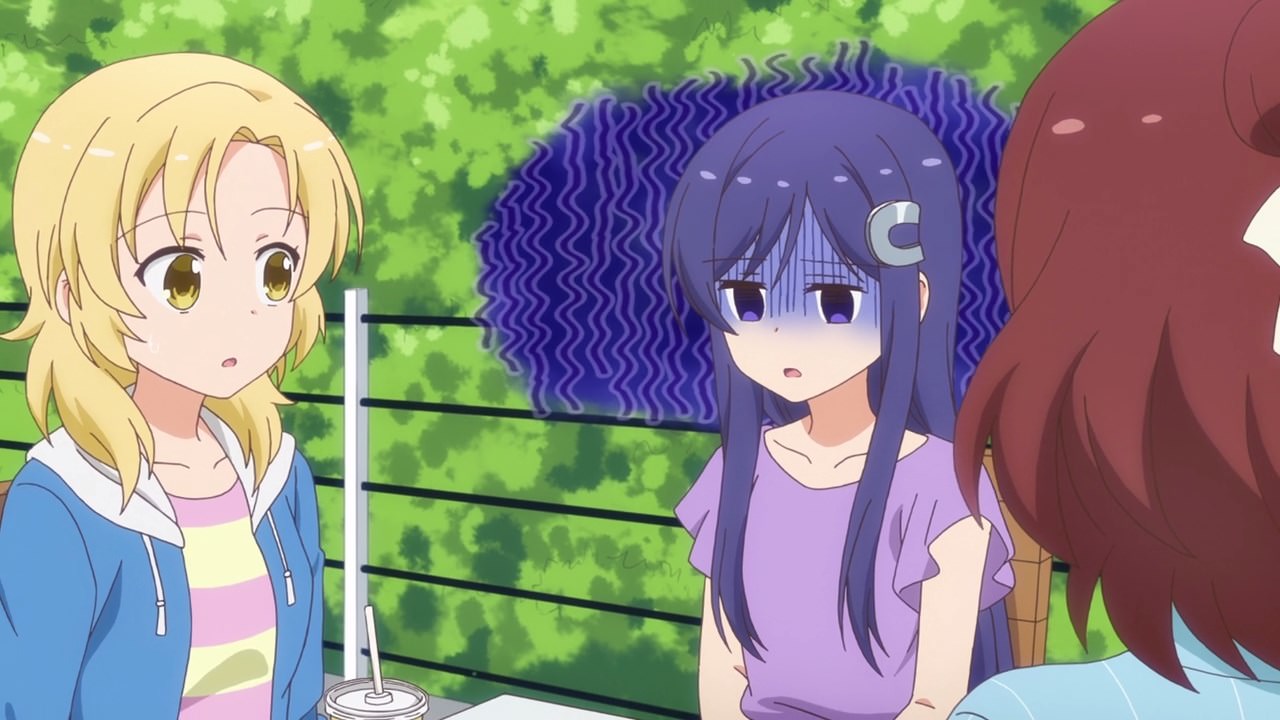 One last thing, here’s Hizume Arima as she has a dilemma when it comes to her classmates. You see, she hates being alone and Hizume got a big trauma because her teammates at her former cheerleading team left her. 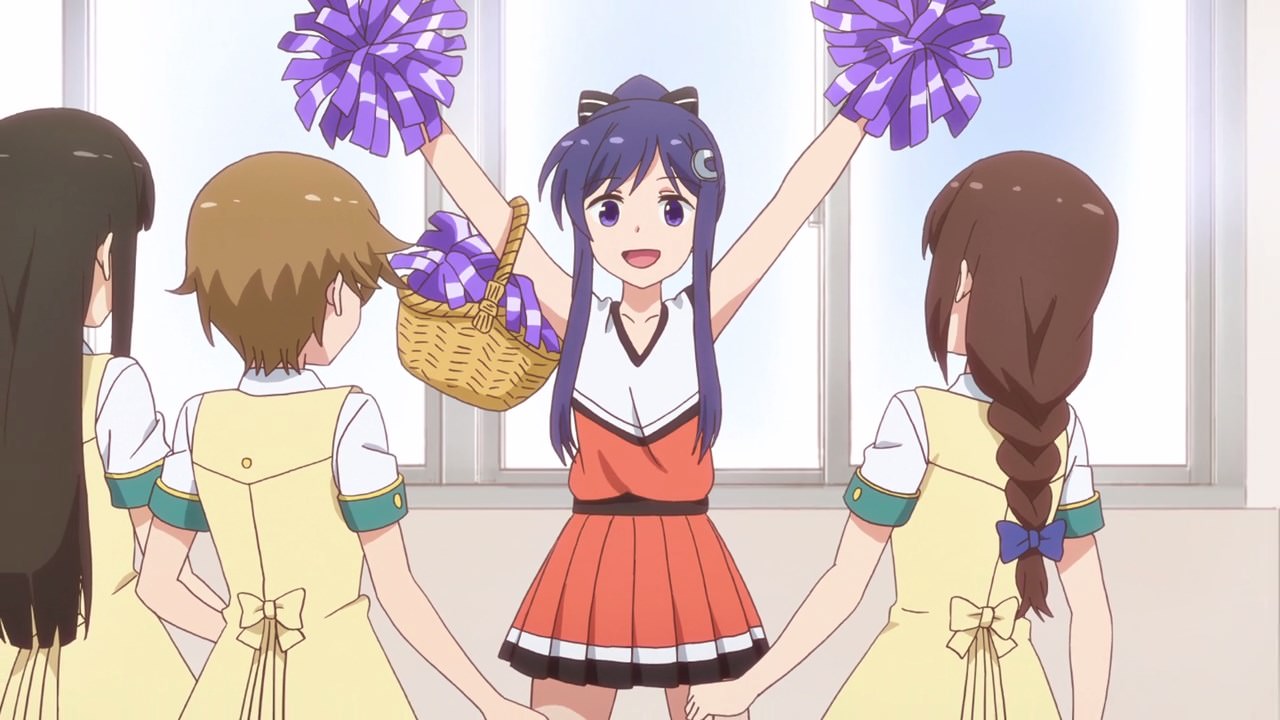 But you know what, I think the only way to attract her classmates is by cheerleading. Then again, most of her classmates are scared towards Hizume that they’re starting to run away.

Well, it’s very awkward from Arima to gain some friends but you know what, I think the reason why everyone couldn’t approach her is not because she’s weird, but Hizume is the perfect girl that everyone adores. 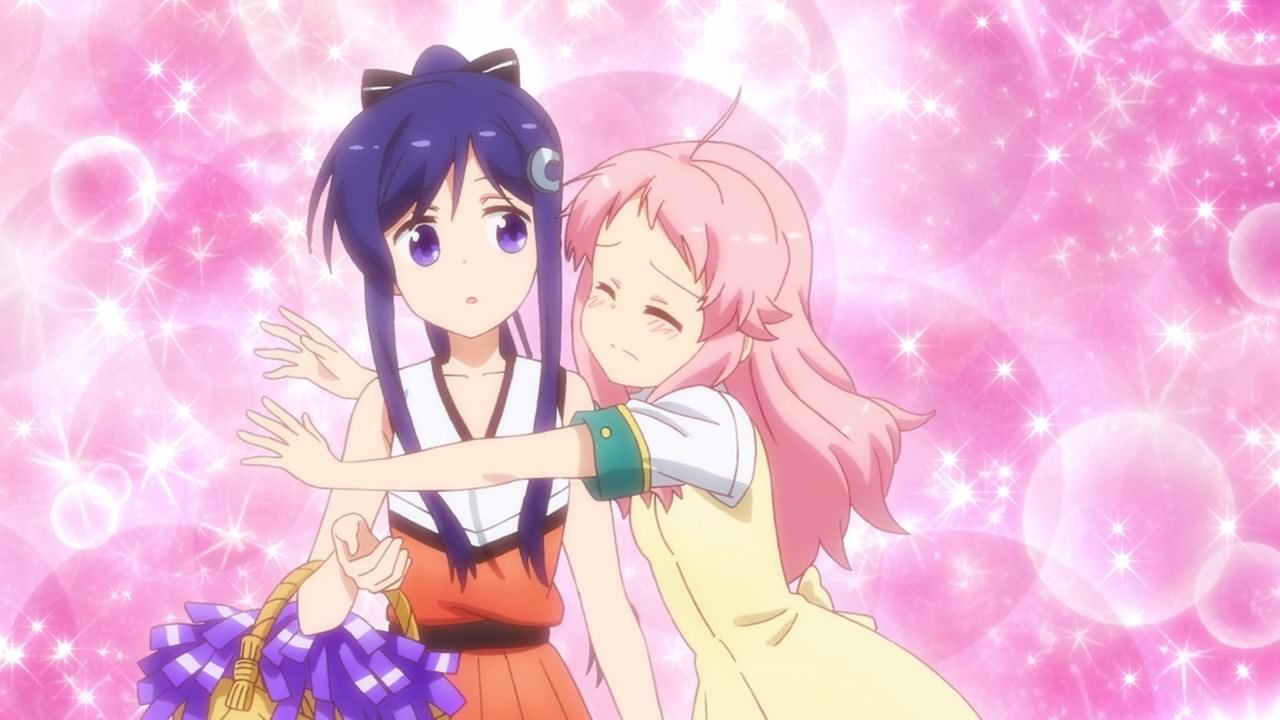 Still, there’s Kohane Hatoya and the rest of the cheerleading association as they’re here to support Hizume Arima. C’mon, they consider her as their friend. 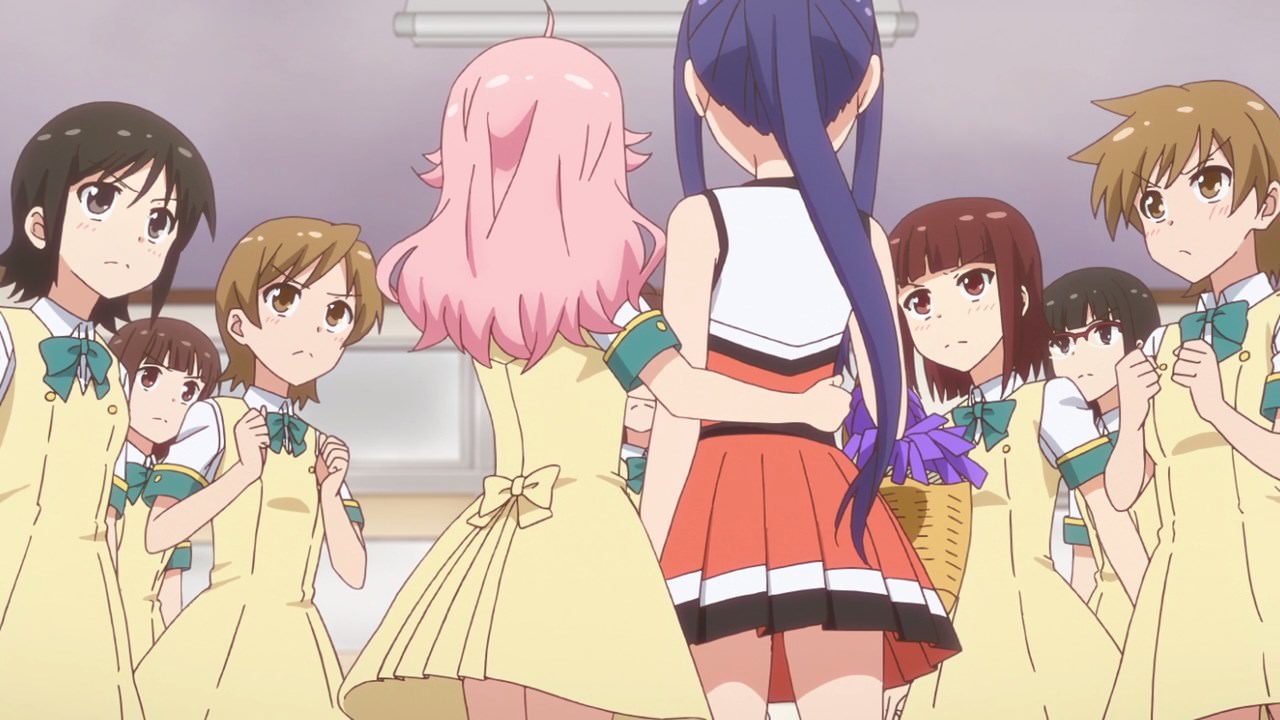 Unfortunately, everyone got mad at Kohane for taking Hizume away from them. Gotta say that they don’t need to stay at a distance from Arima as they can approach her as normal.

Anyways, looks like all’s well that ends well on this episode! 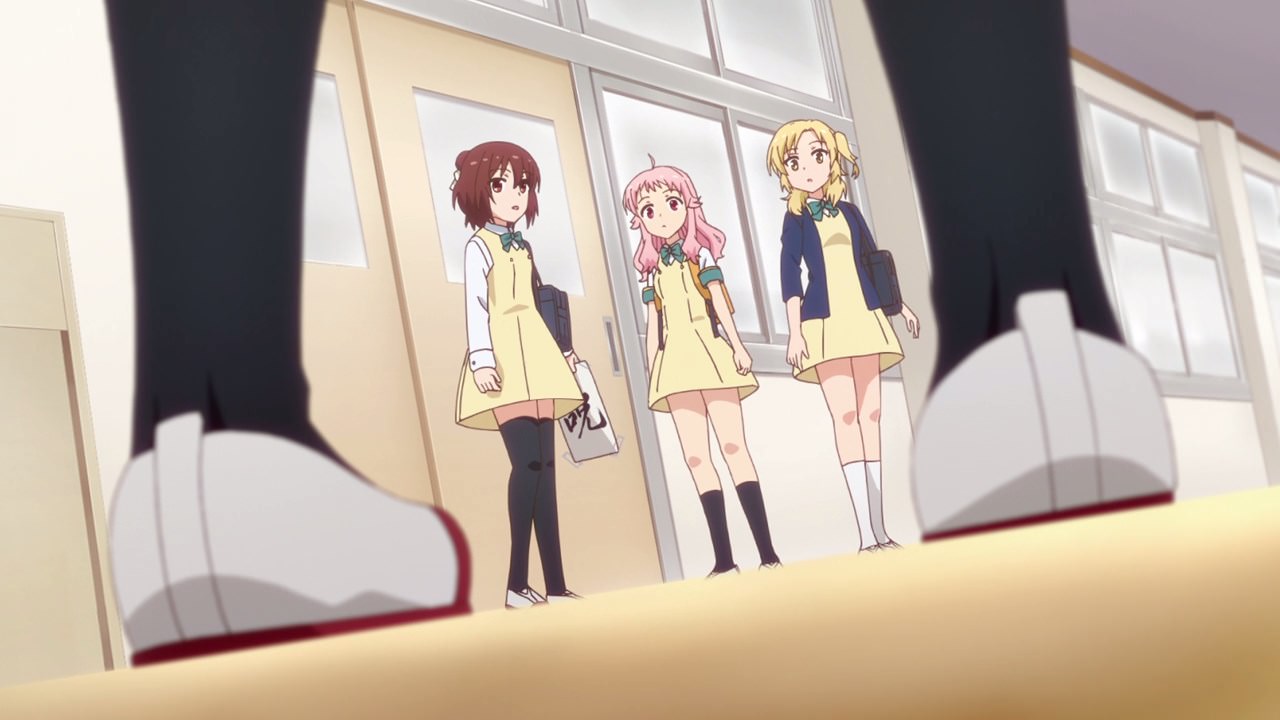 Then again, there’s one character that’ll makes a formal appearance… 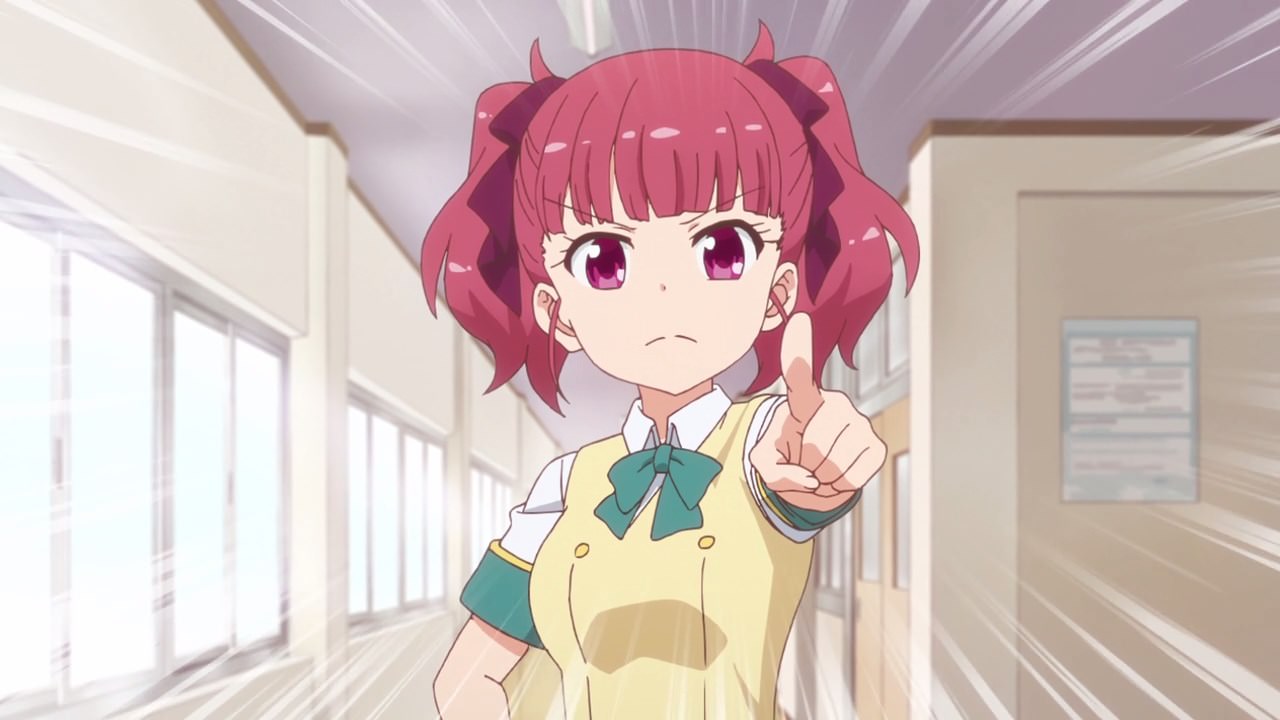 That’s right, this red-haired girl who’s a fan of Hizume Arima and warned them not to approach her, despite the fact that they need Hizume. But seriously, who is she?

Anyways, I’ll see you next time on Anima Yell! as we’ll eventually learn who she is and why she’s tailing Hizume Arima all the time.