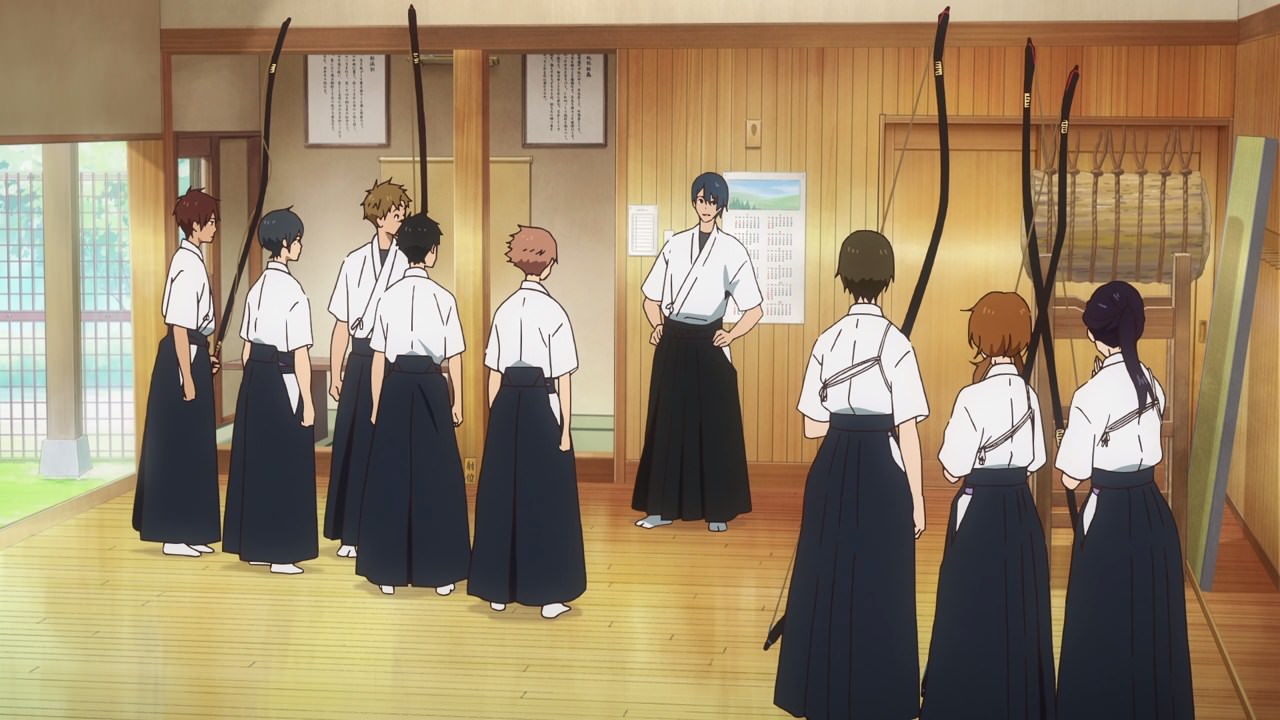 This post will be a double-feature where Masaki Takigawa will start his coaching career at Kazemai High School. After all, the archery club needed a high-quality coach if they have a chance to take on powerhouses like Kisaraki High School, which the likes of Minato Narumiya and Seiya Takehaya didn’t attend there because the former got target panic while the latter followed on Minato’s footsteps due to being at fault for Minato’s slump.

Anyways, it’s time for Masa-san to conduct his coaching duties by having a mock team tournament where the 5 boys will team up while Takigawa will join the girls as the 4th archer. But wait, the mixed team is still short of 1 member so where they’ll find another archer? 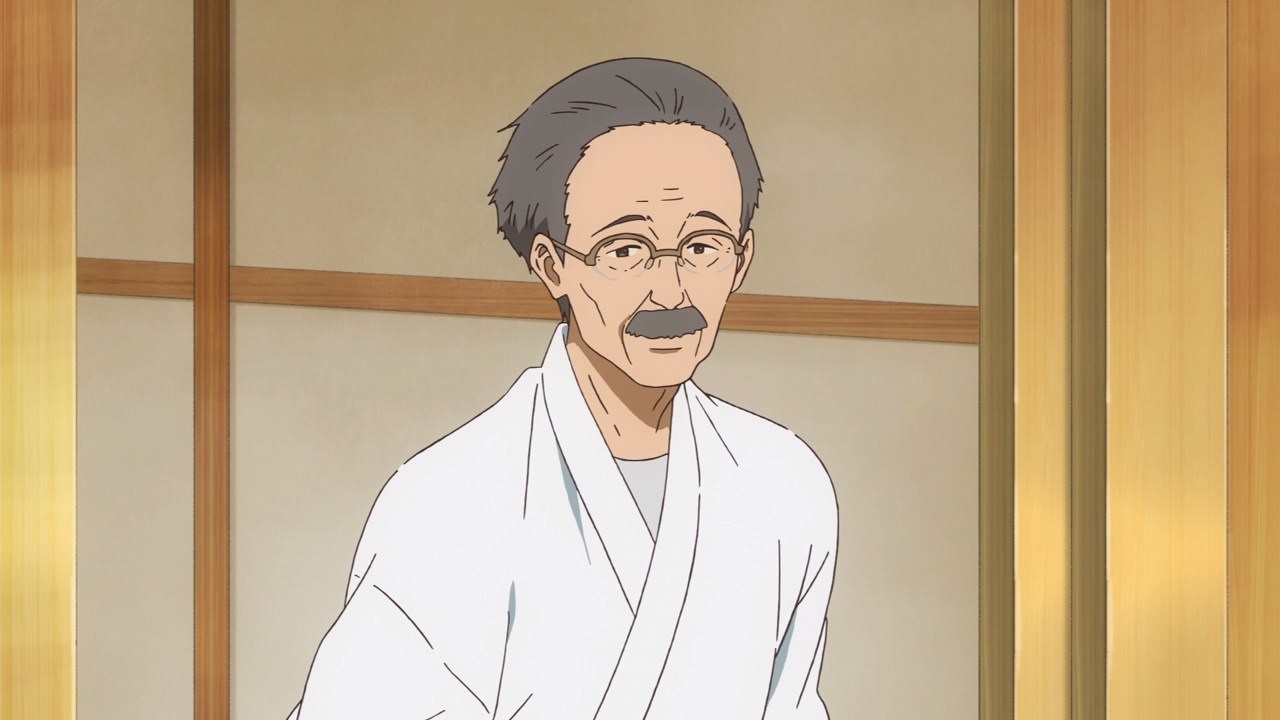 Well, there’s Tomio Morioka as he’ll be the 5th member of the mixed team. Gotta say that Minato and his teammates will have an easy win. 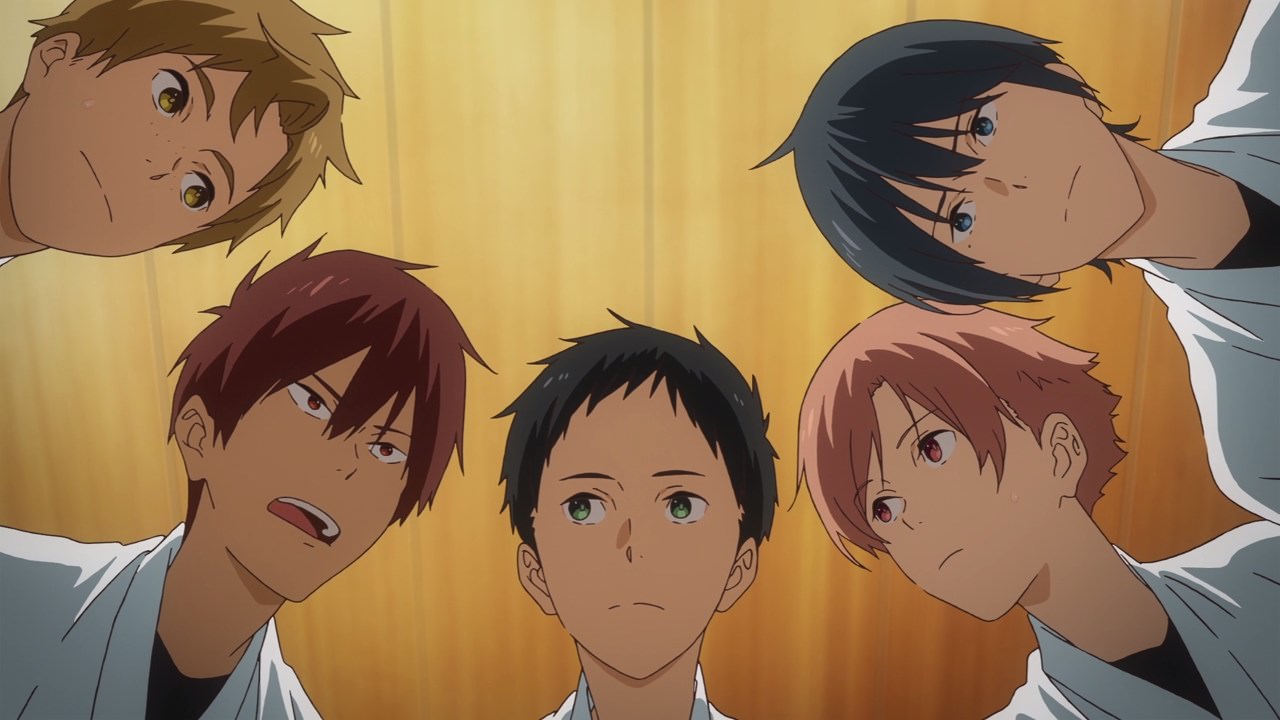 Then again, the problem is the firing order in which they have trouble figuring out on who’ll fire first and last.

This is not a sport where you simply fire and forget as kyudo has a strategy element to it, apart from taking lots of concentration and stamina to fire a shot while conforming tradition. 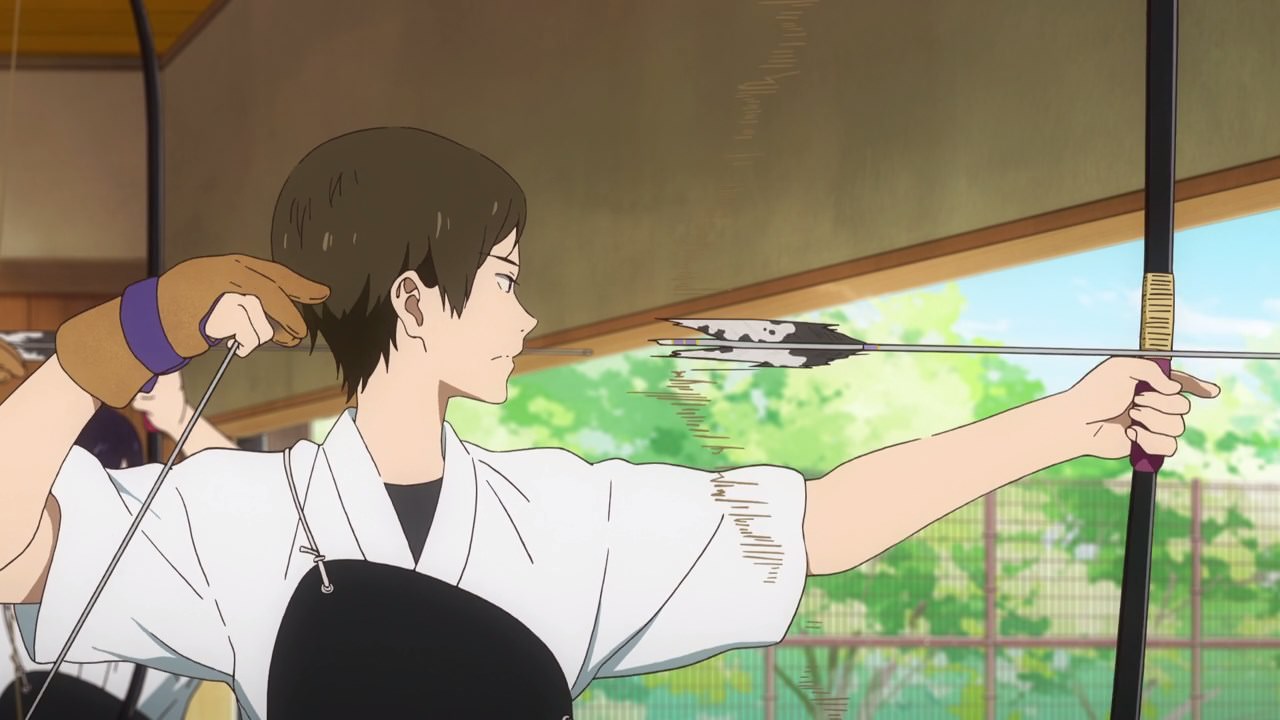 Anyways, time for the mixed team to do their stuff where the likes of Rika Seo, Noa Shiragiku, and Yuna Hanazawa are doing their best. But what about Tommy-sensei? 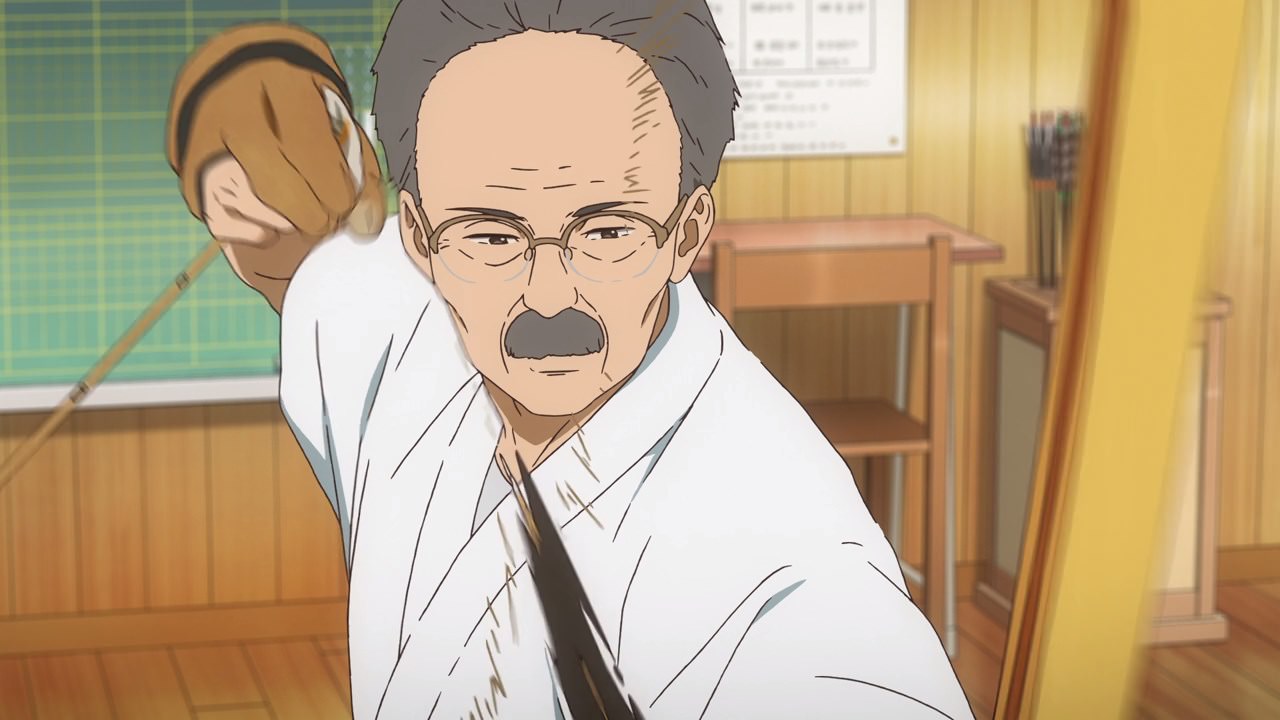 Well despite his obvious age, Morioka still has that keen eye as he released his arrow. 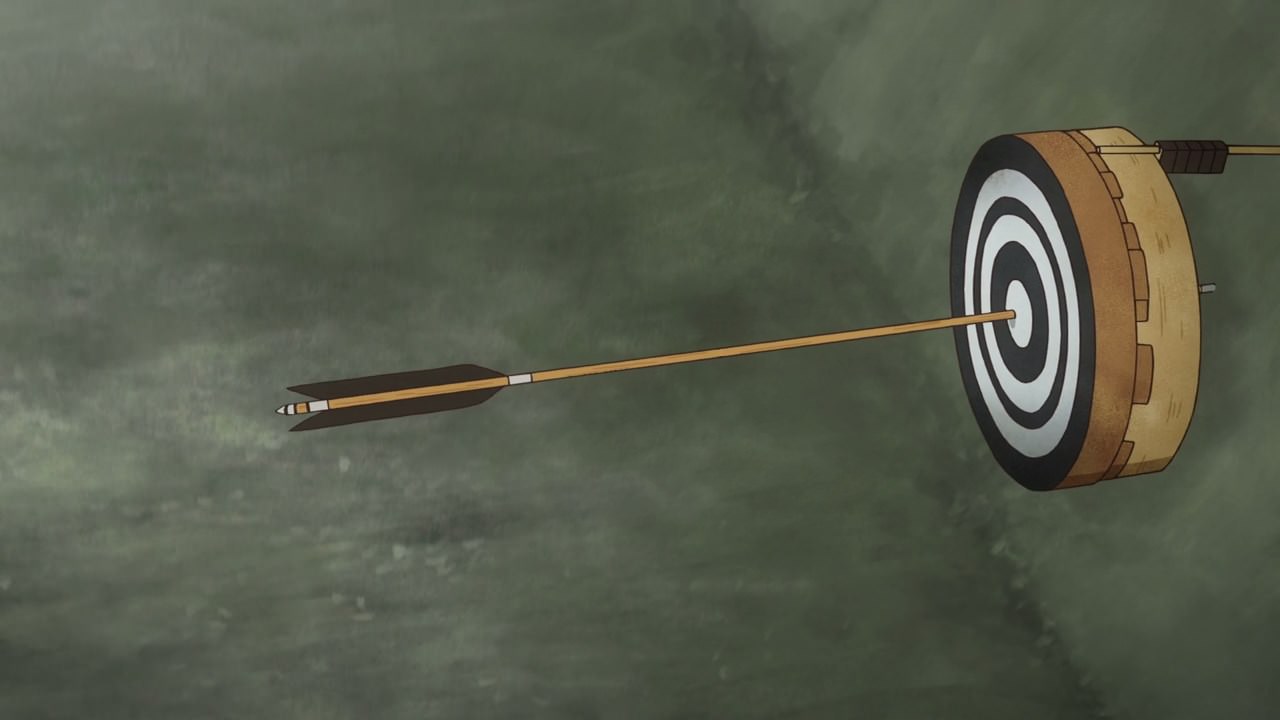 And look, it’s a bullseye and coupled with Masa-san’s performance at the range, seems that the mixed team went victorious.

Since the mixed team are the winners, they’ll become the masters during the training camp which will happen in a few days. 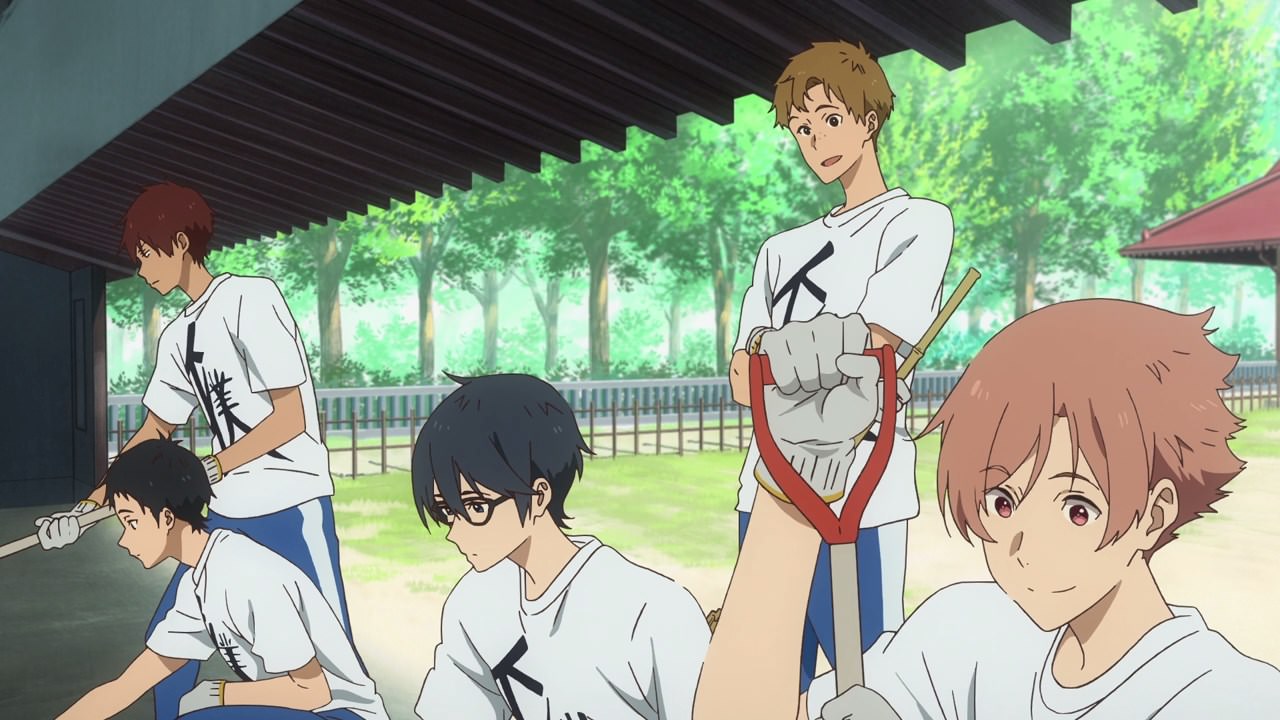 As for the losers? They’ll become servants where Minato and the rest will toil while the girls practice their shooting skills.

But hey, it’s part of their training to be diligent in tidying up the shooting range and buying food at the nearby supermarket. 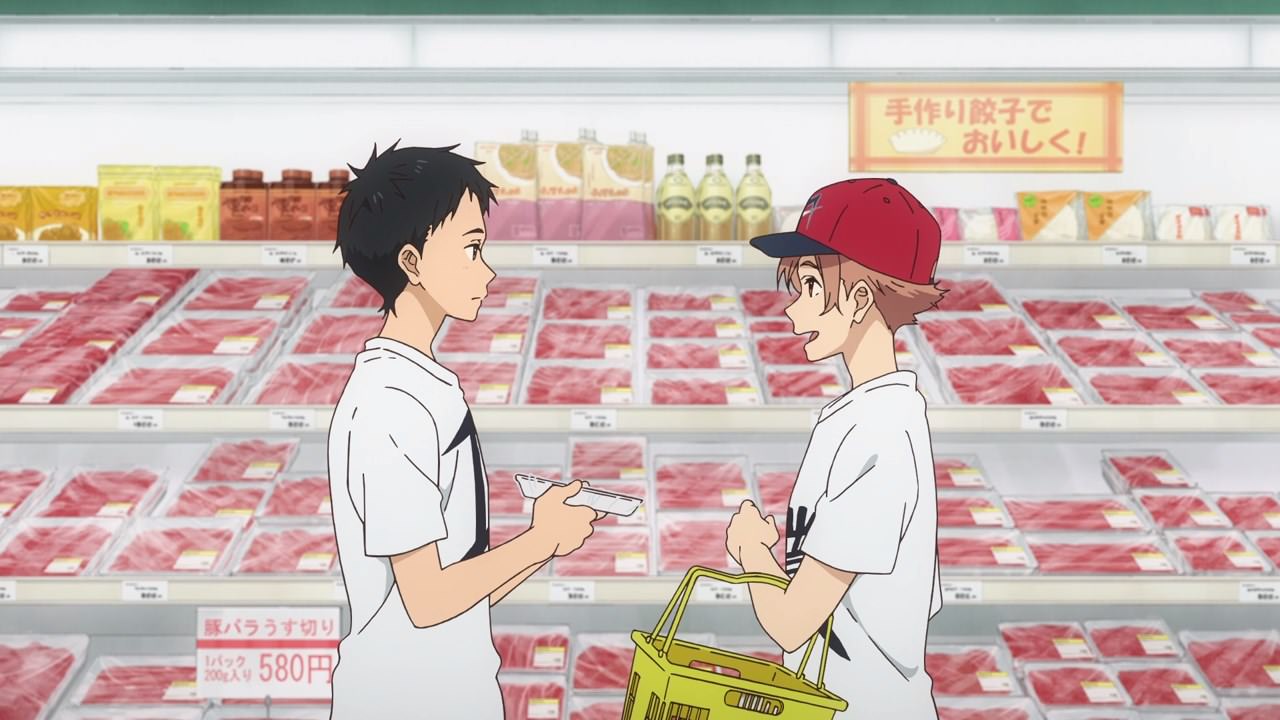 Meanwhile, seems that there’s more to Kaito Onogi than meets the eye as Nanao Kisaragi explained to Minato Narumiya that despite his sole dedication to the sport of kyudo, Kaito is clueless when it comes to other things. 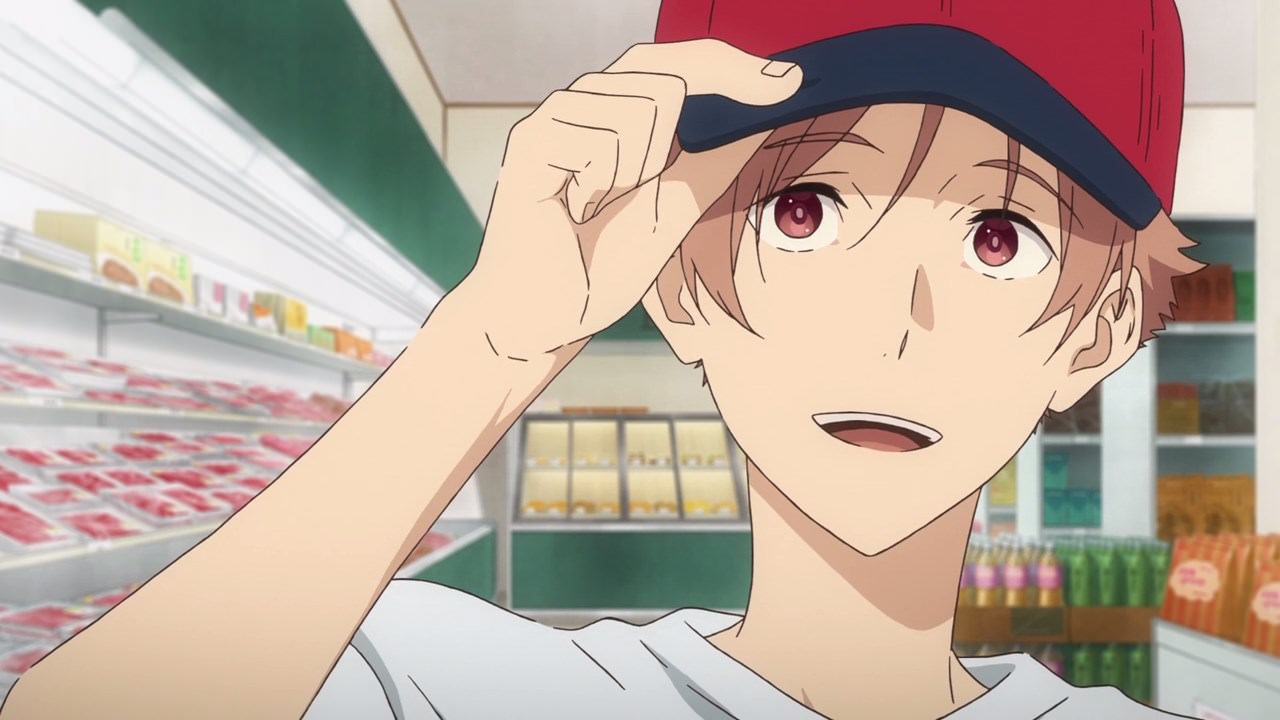 Oh yeah, see this baseball hat that Nanao is wearing? Well, Kaito gave that hat to him as a birthday present even though Onogi doesn’t know about baseball.

Gotta say that while Kaito is a simple-minded person who can’t deal with other things, he’s not an idiot because Onogi cares for his friends like Nanao Kisaragi. Well, except for Minato Narumiya in which Kaito Onogi sees him as dead weight. 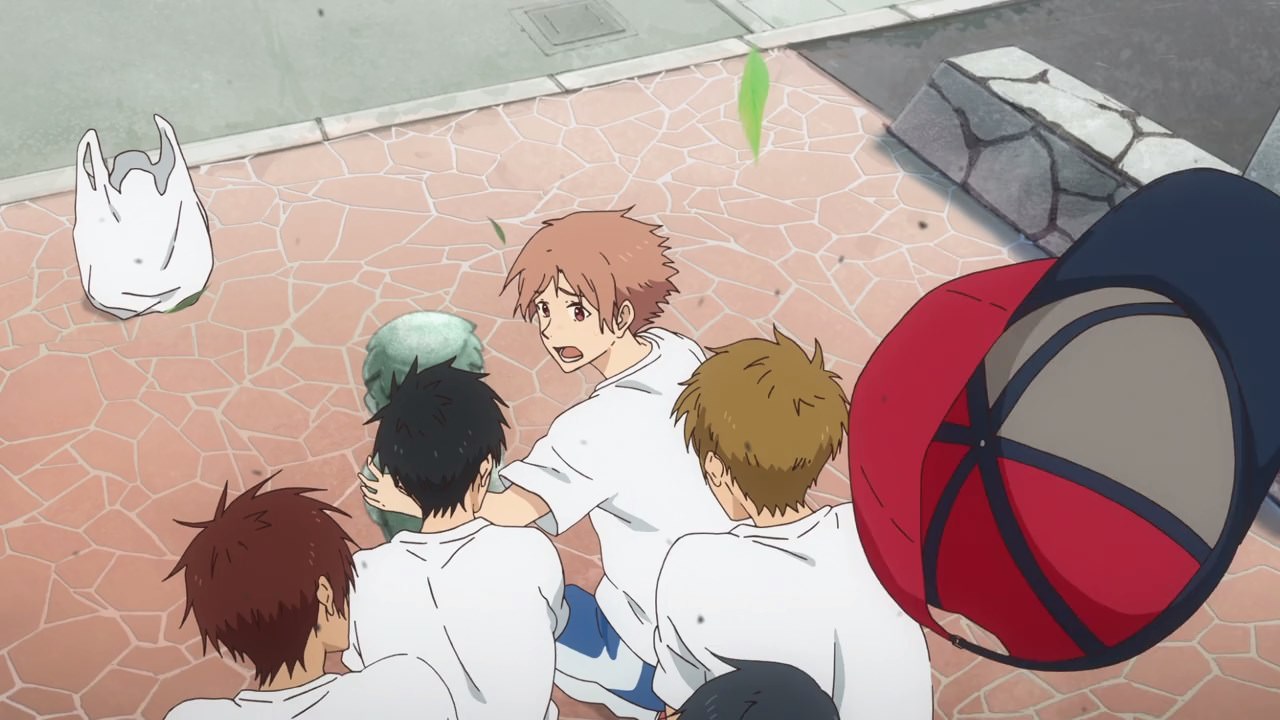 Now then, they’re done buying stuff at the supermarket when Nanao’s baseball hat got blown off by a gust of wind. Man, it’s sucks to lose his precious hat during a training camp. 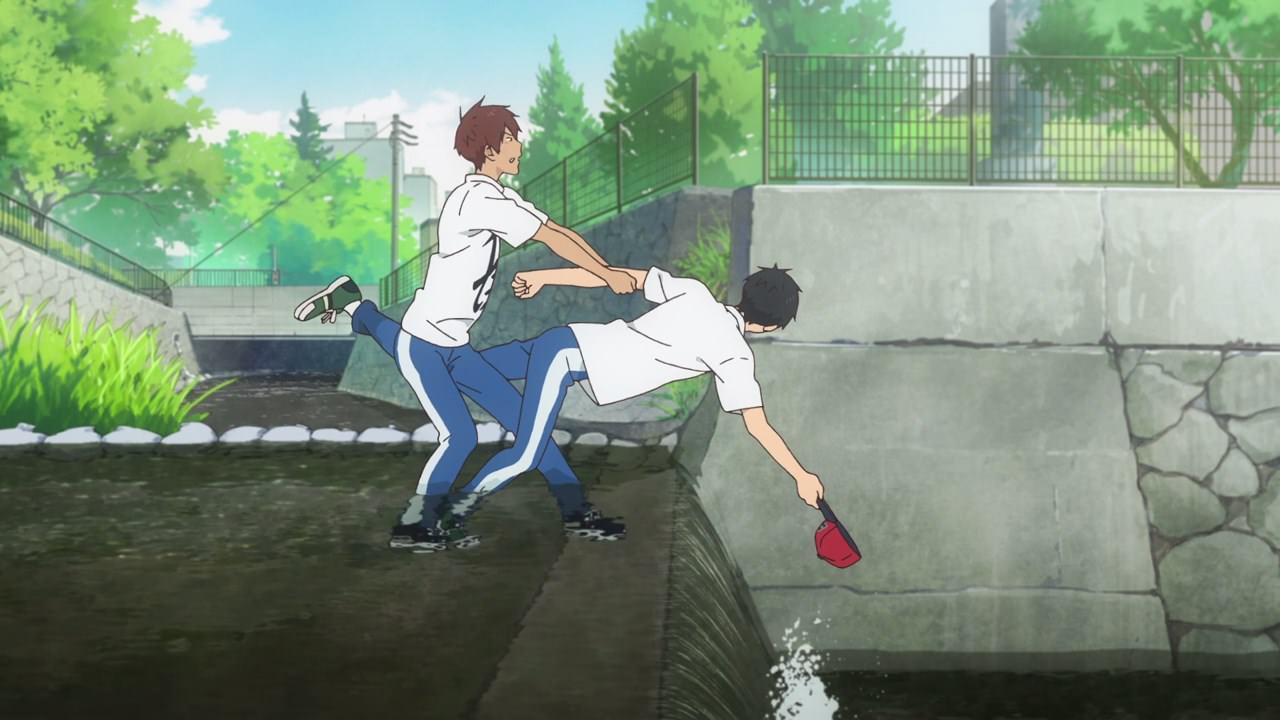 But, seems that Minato Narumiya managed to get the hat with some help from Kaito Onogi. Sadly, they fell down the river which is very stinky that Masaki Takigawa told them to take a bath. 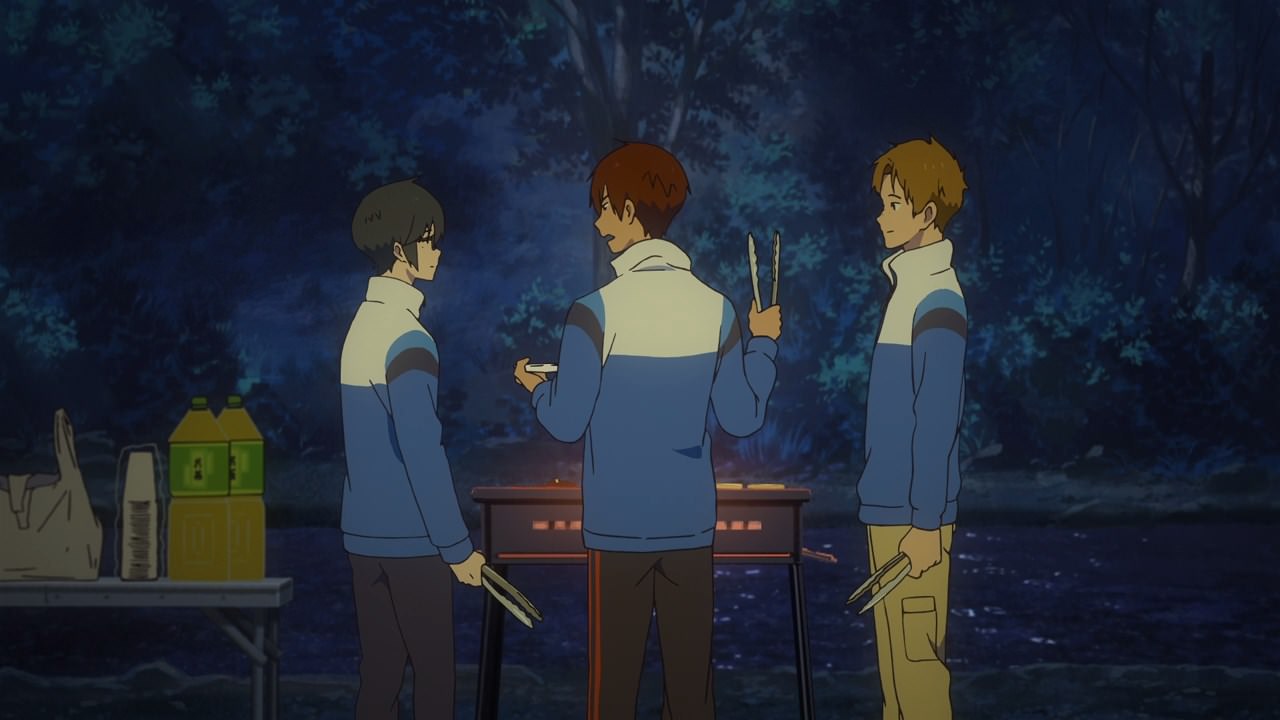 After a long bath, it’s time for a barbecue party where the boys cook the food not only for themselves, but also their female masters since they lost the mock tournament.

Compared to before, seems that Minato and the rest are getting along just fine, although he’s still being hated by Kaito Onogi. 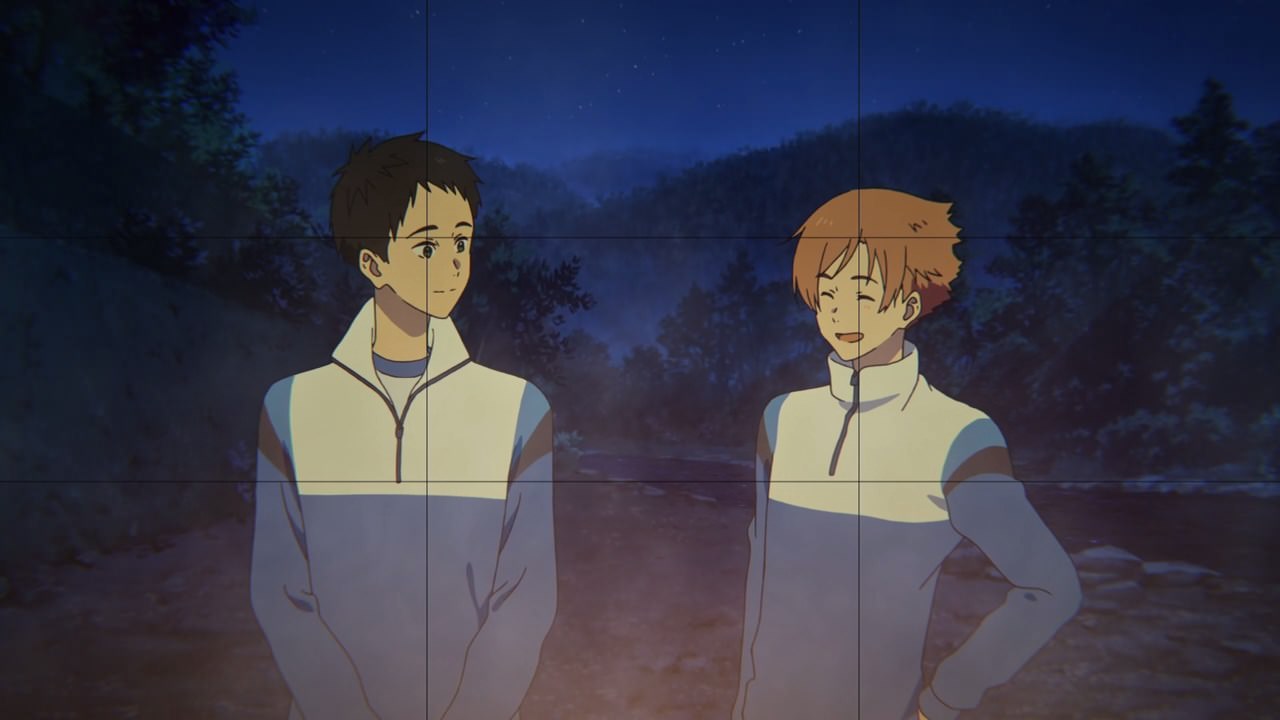 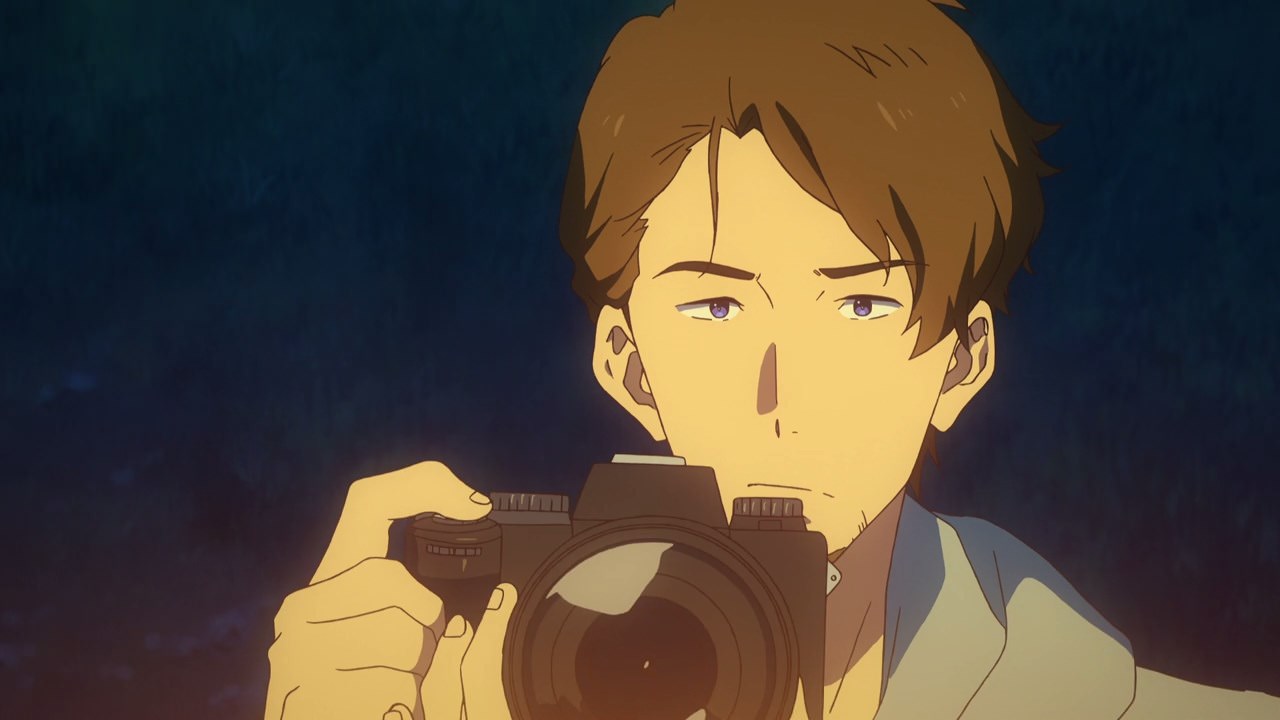 On the other hand, there’s a photographer by the name of Ren Takigawa, who is actually Masaki’s big brother as Ren-san joined the training camp because it’s interesting to see the archery club interact and take photos of their moments. 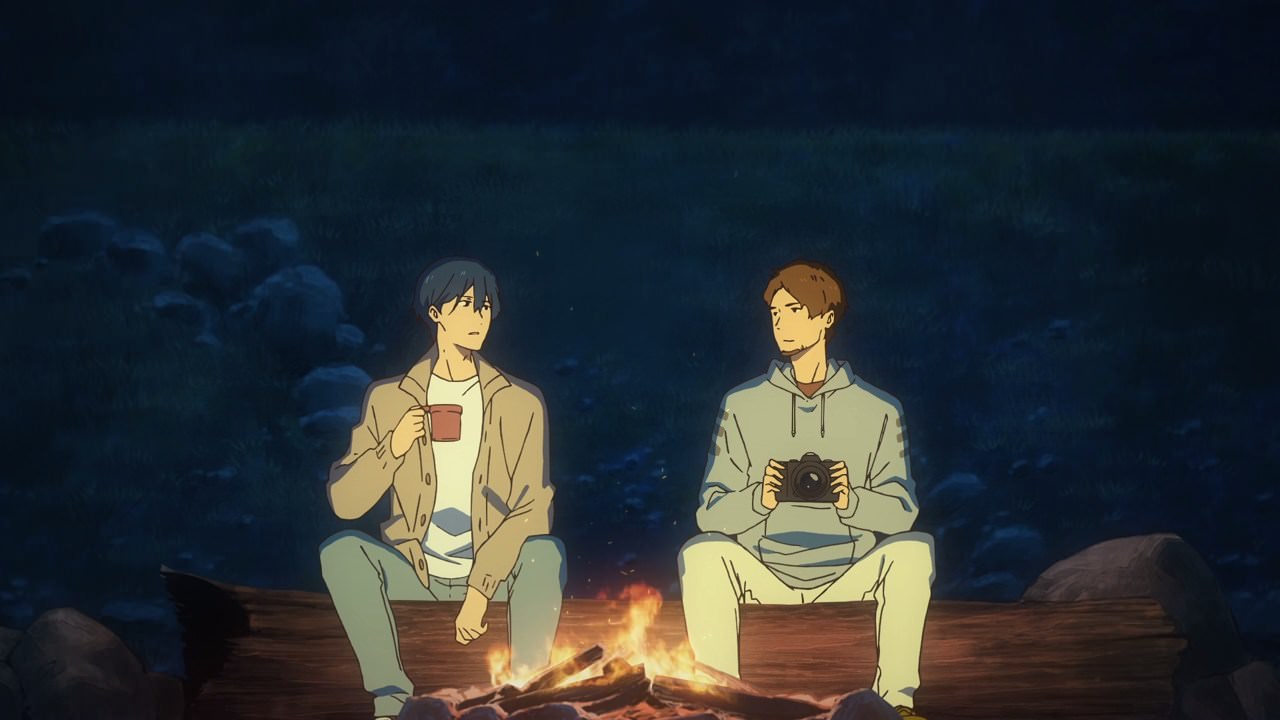 One last thing, Ren-san is surprised that Masaki Takigawa has changed a lot ever since he became a coach for Kazemai High School’s archery club. Gotta say that Masa-san is enjoying a lot as a coach compared to the past where he developed target panic.

In any case, looks like the training camp is finished although the boys didn’t train much as they spent time doing mundane tasks. But hey, what they learned from this training camp is the camaraderie among members which is important in team tournaments. Still, Minato and the rest will have a long way to go if they want to compete in the nationals.

Anyways, I’ll see you on the next episode and hopefully, Narumiya will manage to cure his target panic before the tournament.