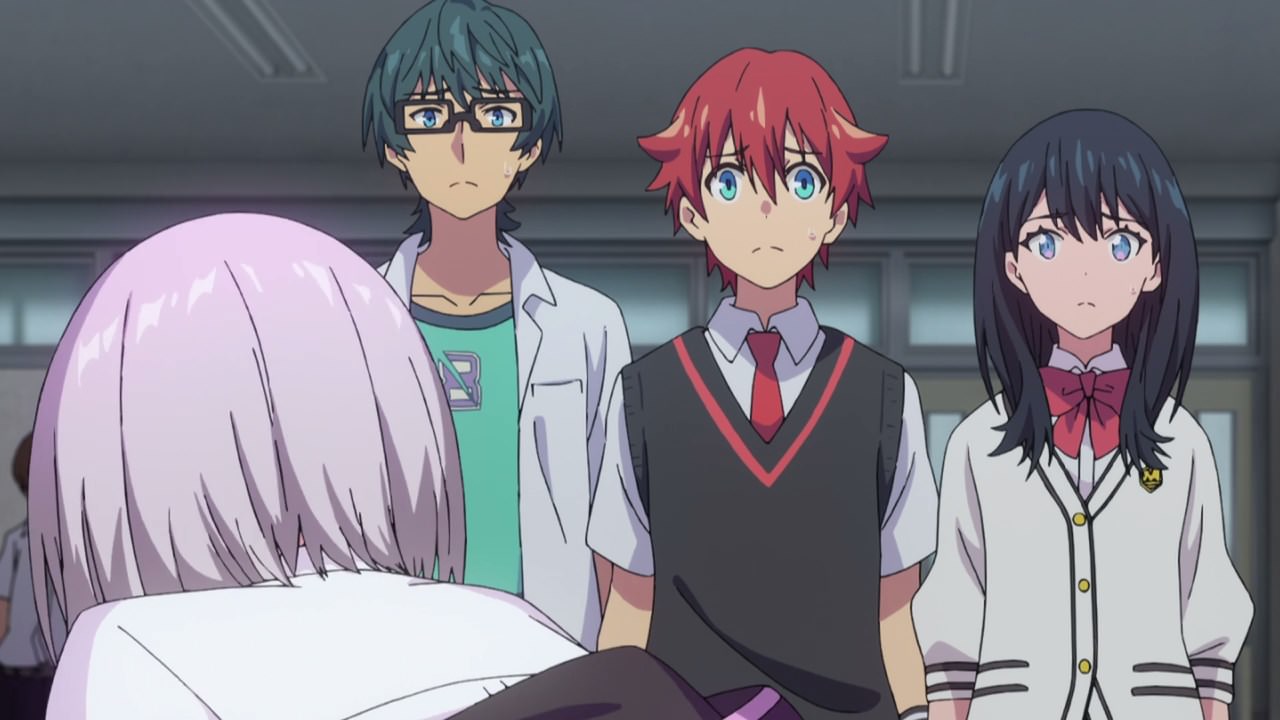 Well everyone, looks like we’re not gonna waste time regarding Akane Shinjou… 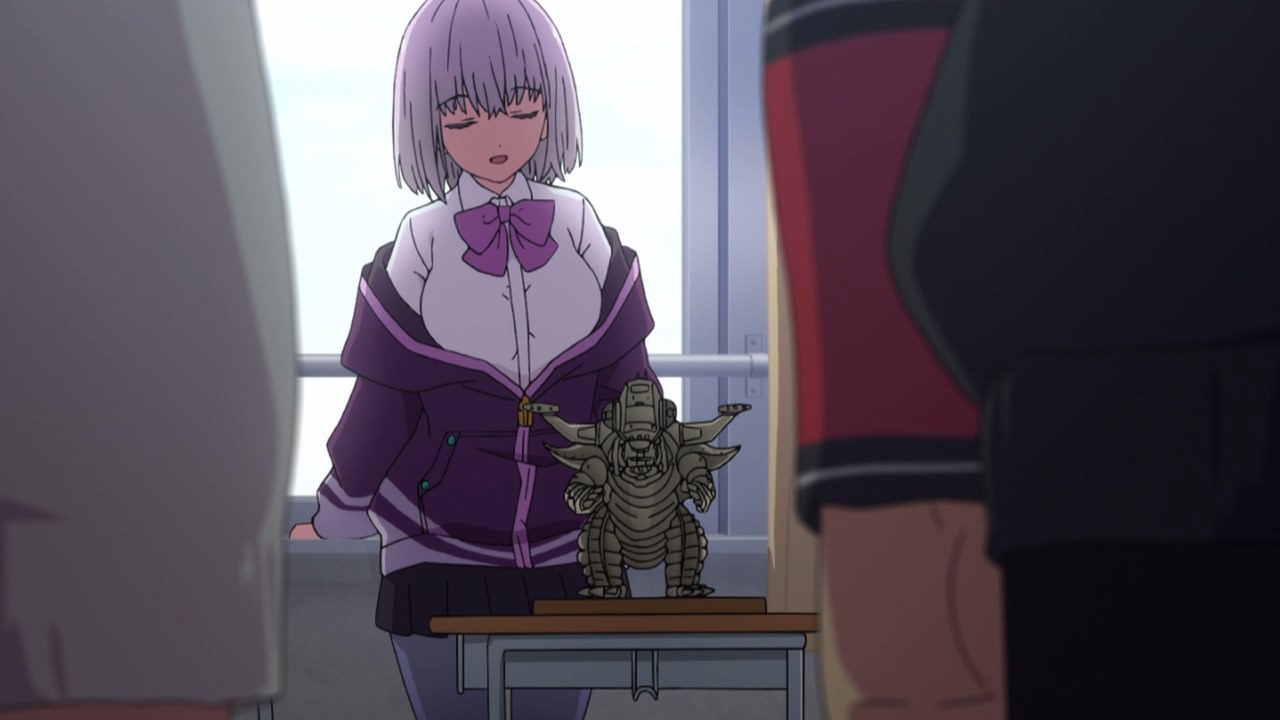 …as she told the trio that she’s creating kaiju to remake the world by erasing people she doesn’t like such as Tonkawa.

Oh and Akane showed her latest creation in which it’s a modification of her first kaiju, Ghoulghilas. Anyways, Akane will unleash this kaiju in the upcoming Tsutsujidai High School Festival because she hated it. 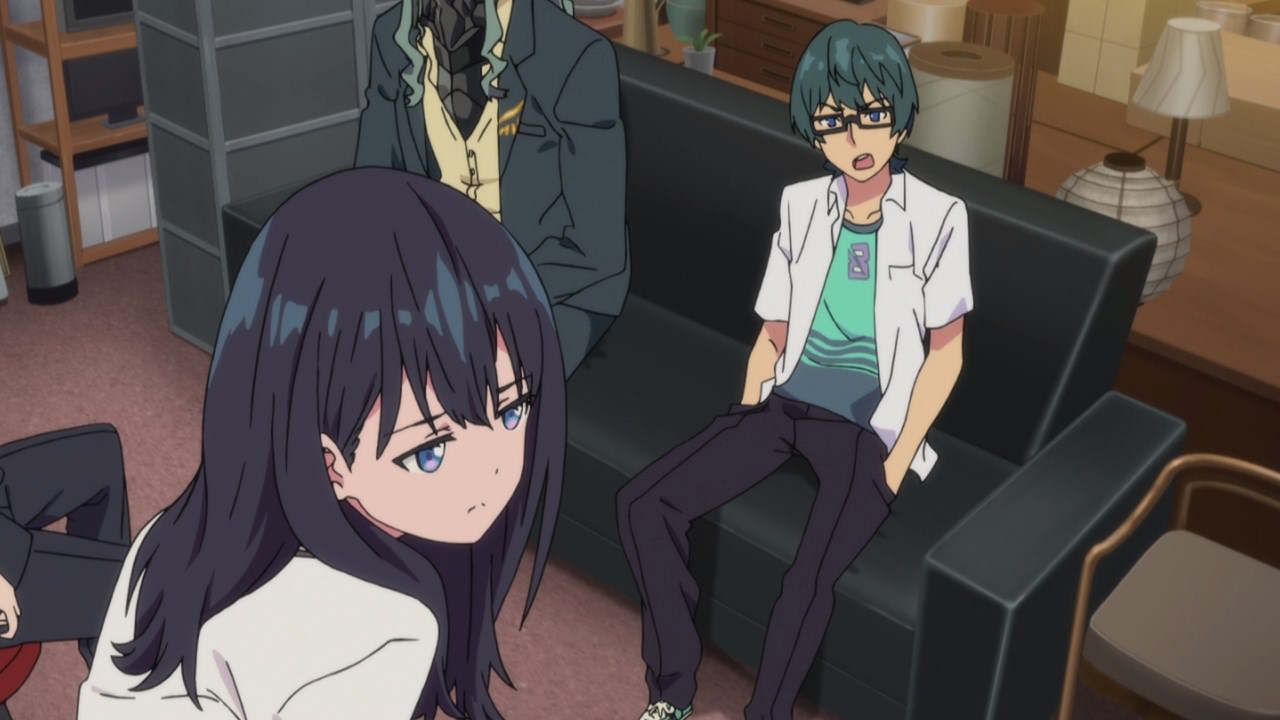 And because of her declaration, there’s a heated argument between Shou Utsumi and Rikka Takarada in which they’re torn between convincing Akane to stop ruining the festival or solve it by destroying her kaiju.

While solving it with violence is the easy option, Rikka doesn’t like fighting her best friend. Oh and by the way, negotiating with Akane Shinjou is out of the question since she’s a goddess that’s being manipulated by Alexis Kerib. So yeah, they can’t agree on how to deal with Akane Shinjou. 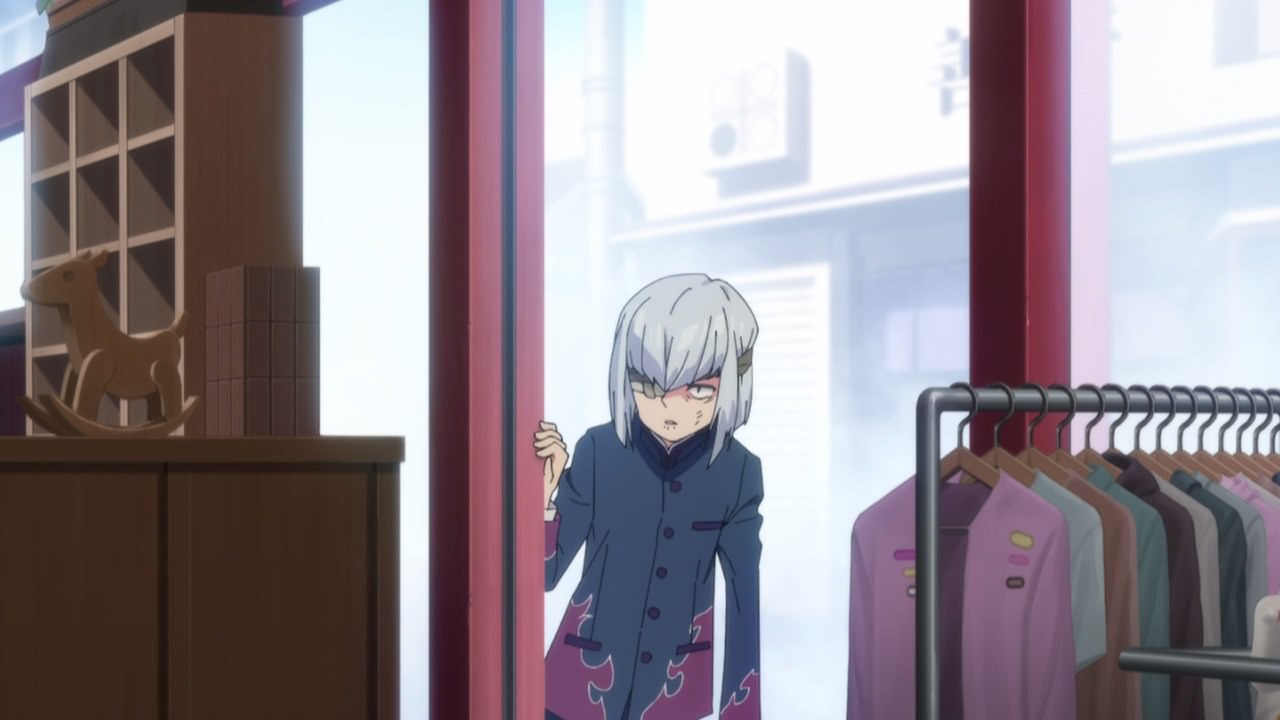 Meanwhile, here’s Anti as he patched his eye up and went to the junk shop to find Rikka Takarada. 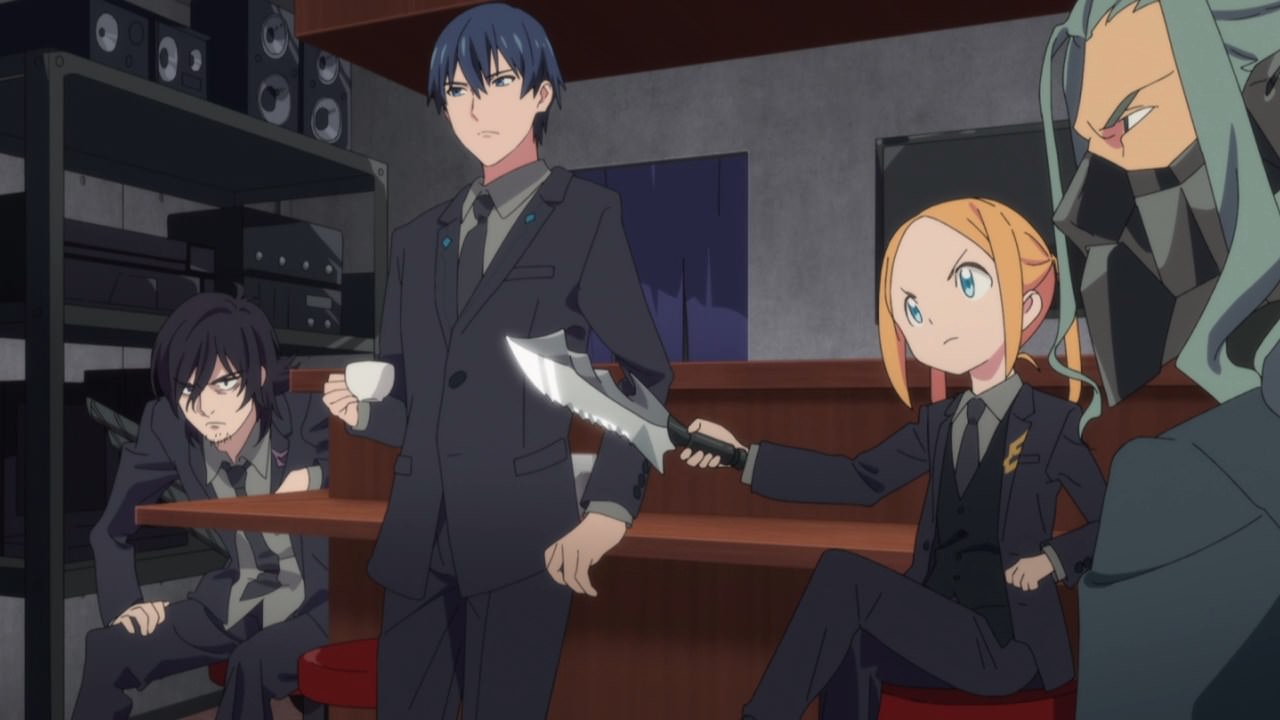 But then, the Assist Weapons from Neon Genesis Junior High School are here to defend the turf from Anti. C’mon, they don’t like someone destroying Junk. 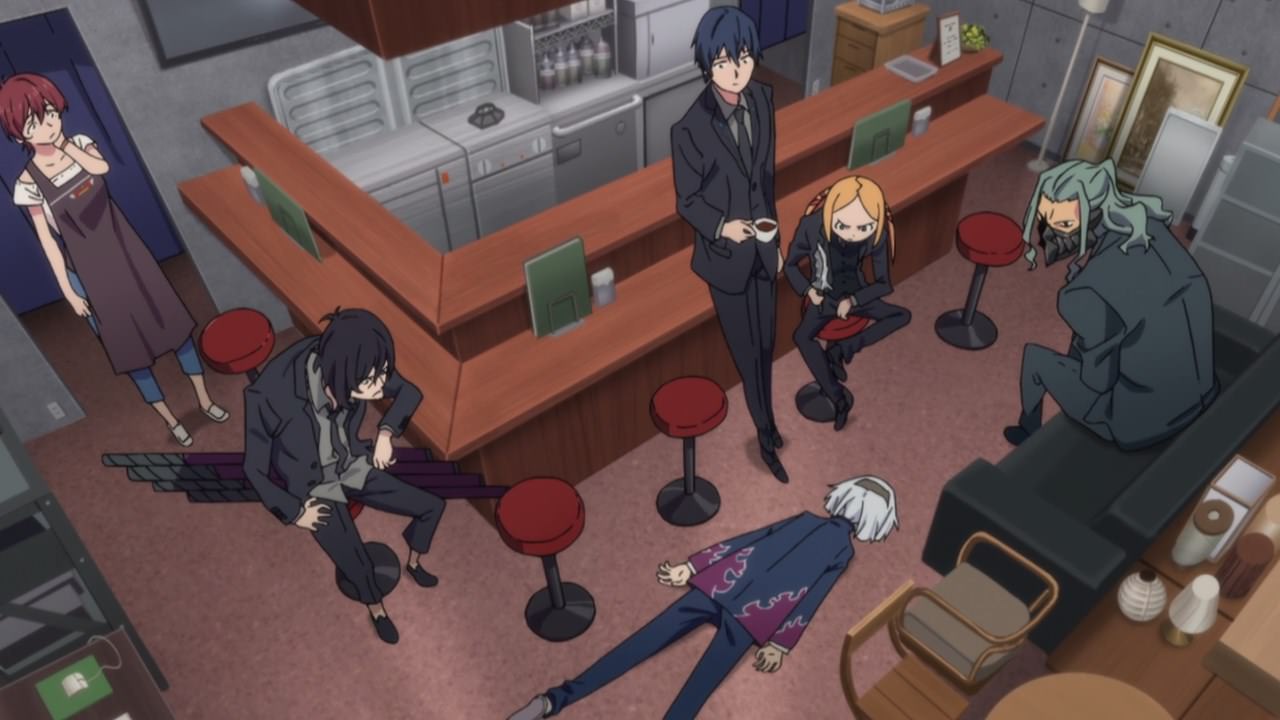 However, Anti passed out as he’s pretty much tired and hungry after fighting Gridman in the previous episode. Oh, and Rikka’s mom is here as she’s surprised to see a customer. 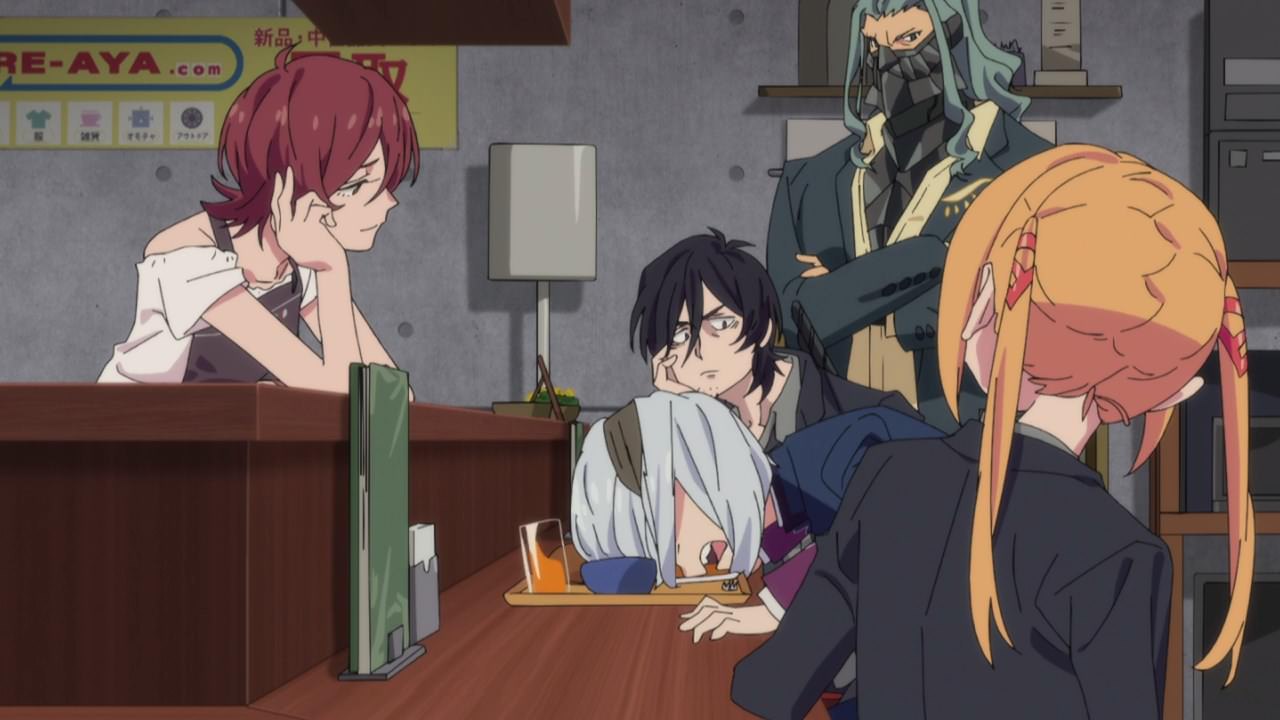 Well, more like a freeloader as she gave Anti some food to eat. Oh, and forget about table manners since he eats it like an animal. 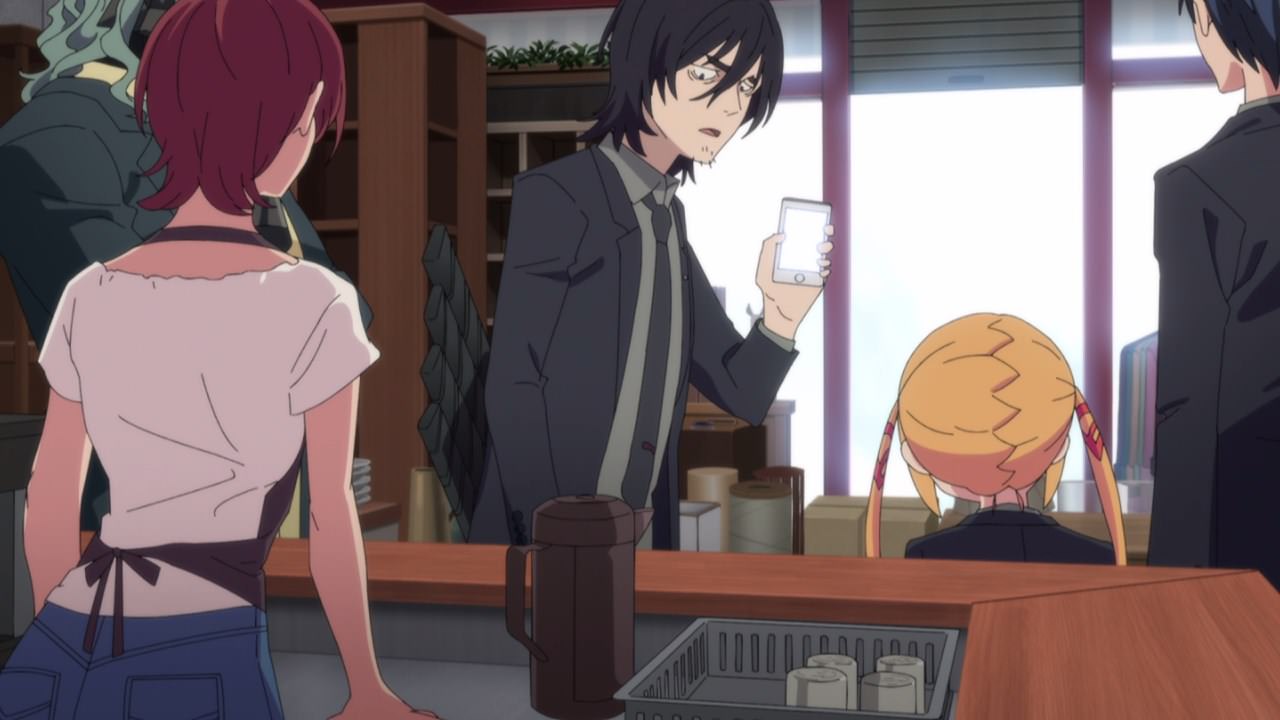 And after eating his food, Anti left the building without paying anything, but not before Samurai Calibur getting his phone number. What the hell he’s planning to do with Anti? 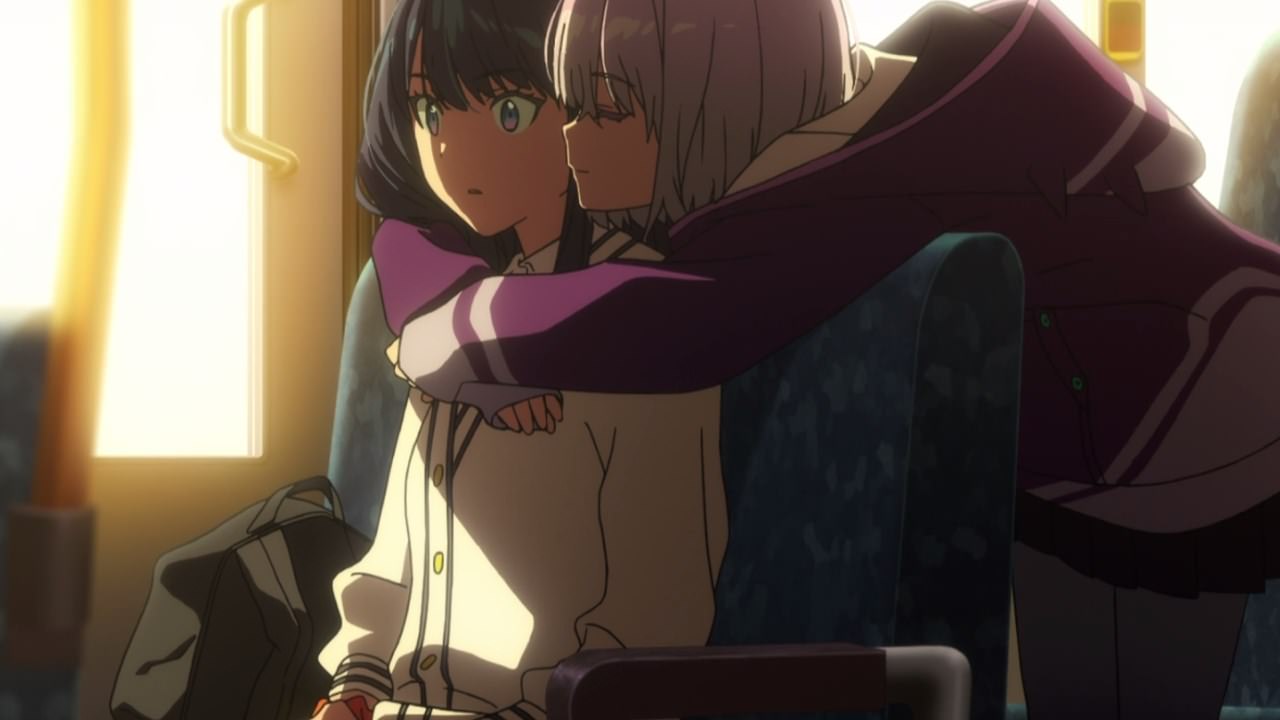 Now let’s go back to Rikka Takarada where she met Akane Shinjou at the bus. Of course, Akane told Rikka that she can’t fight her because they’re best friends. And really, Rikka can’t defy a goddess because I have a feeling that she was created by Akane.

With that said, this is one eerie conversation between Takarada and Shinjou, which I feel that the latter is beyond help at this point. The only thing that can solve everything is violence. 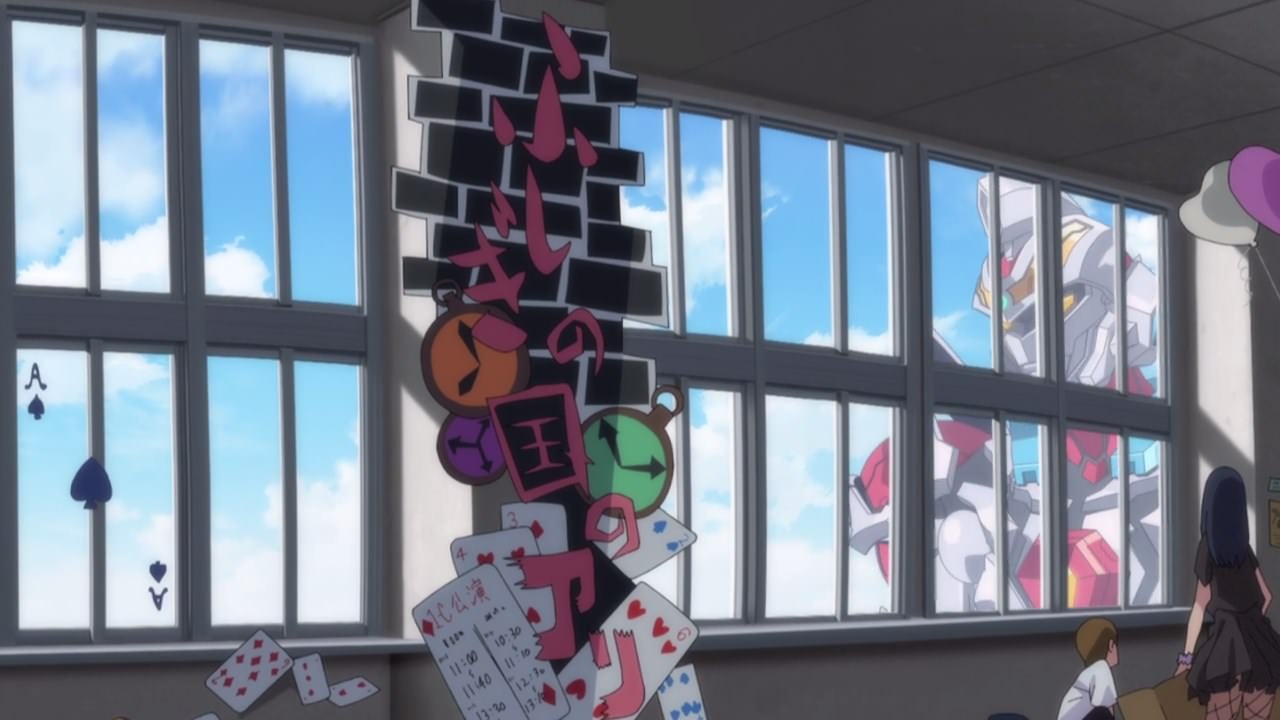 Moving onto the Tsutsujidai High School Festival where it was interrupted by Gridman. Um Gridman, you’re scaring everyone with your presence! 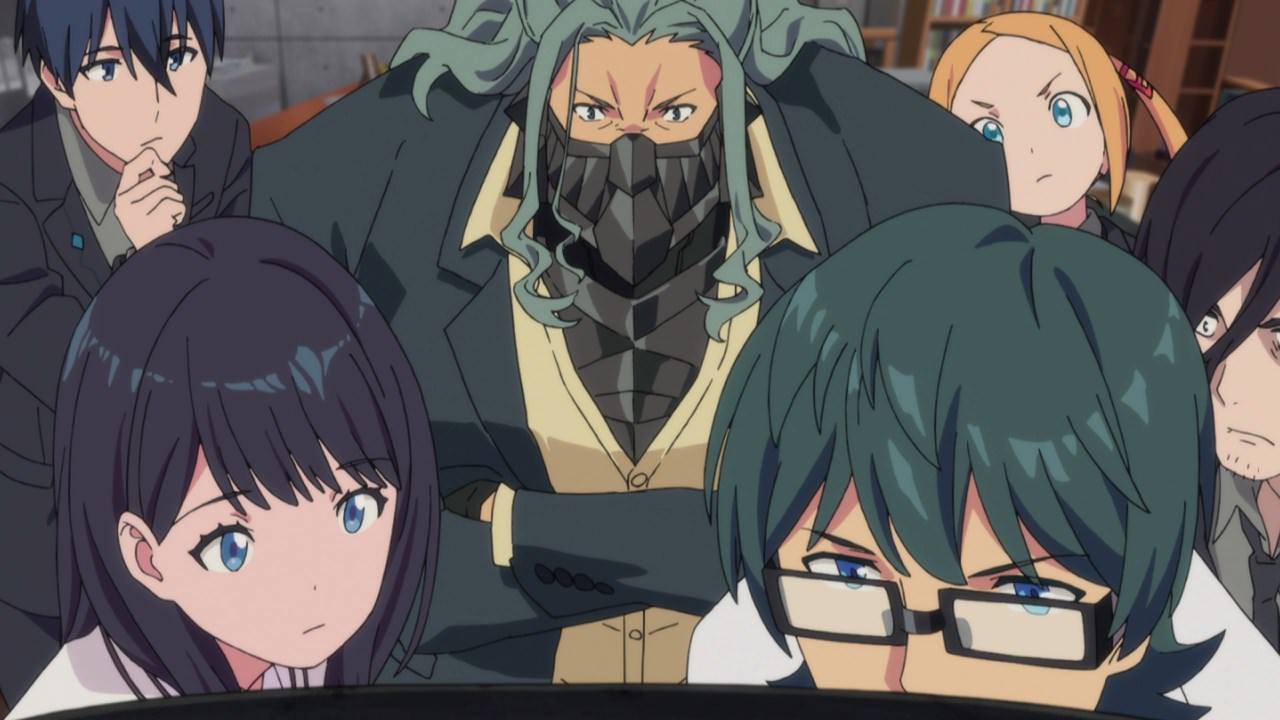 On the other hand, the reason why the hyper agent is here so that the students can evacuate safely. Smart thinking by Yuuta Hibiki as he transforms into Gridman so he can scare his classmates away from the scene. 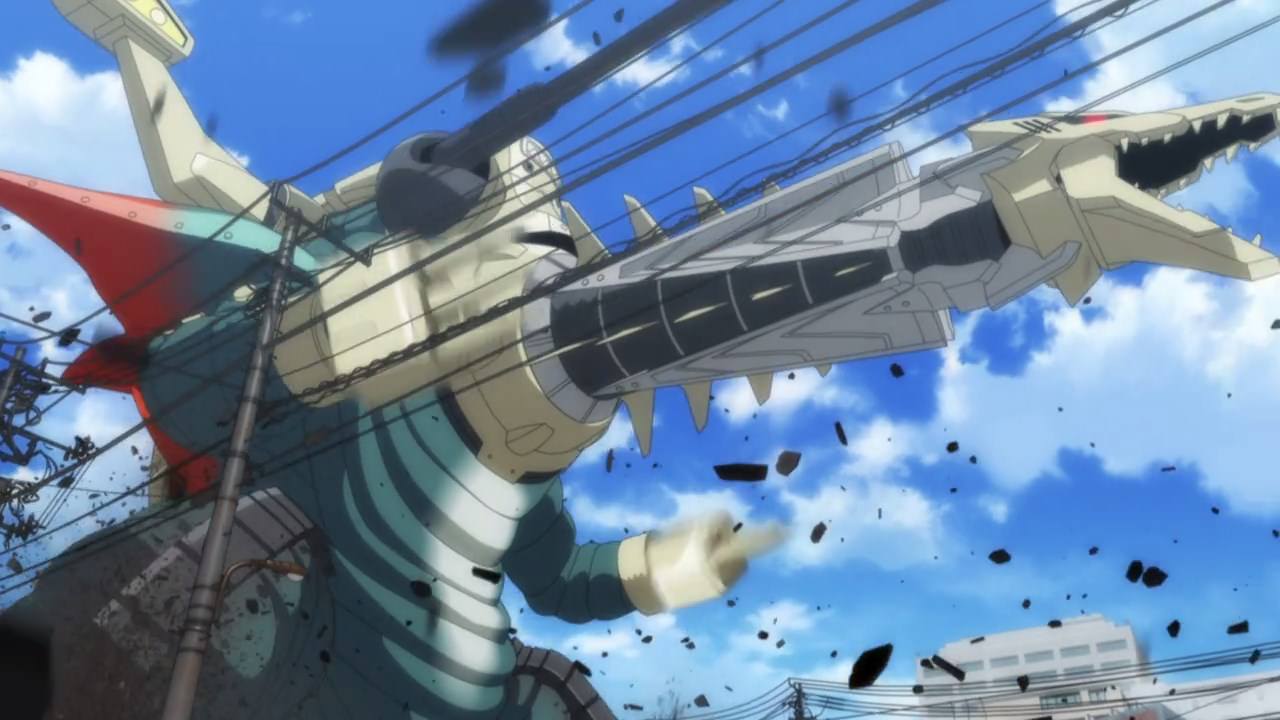 Still, that doesn’t stop Akane Shinjou from unleashing her Mecha Ghoulghilas as she’ll erase the school and all of her classmates. Well then, time for Gridman to destroy this kaiju once and for all! 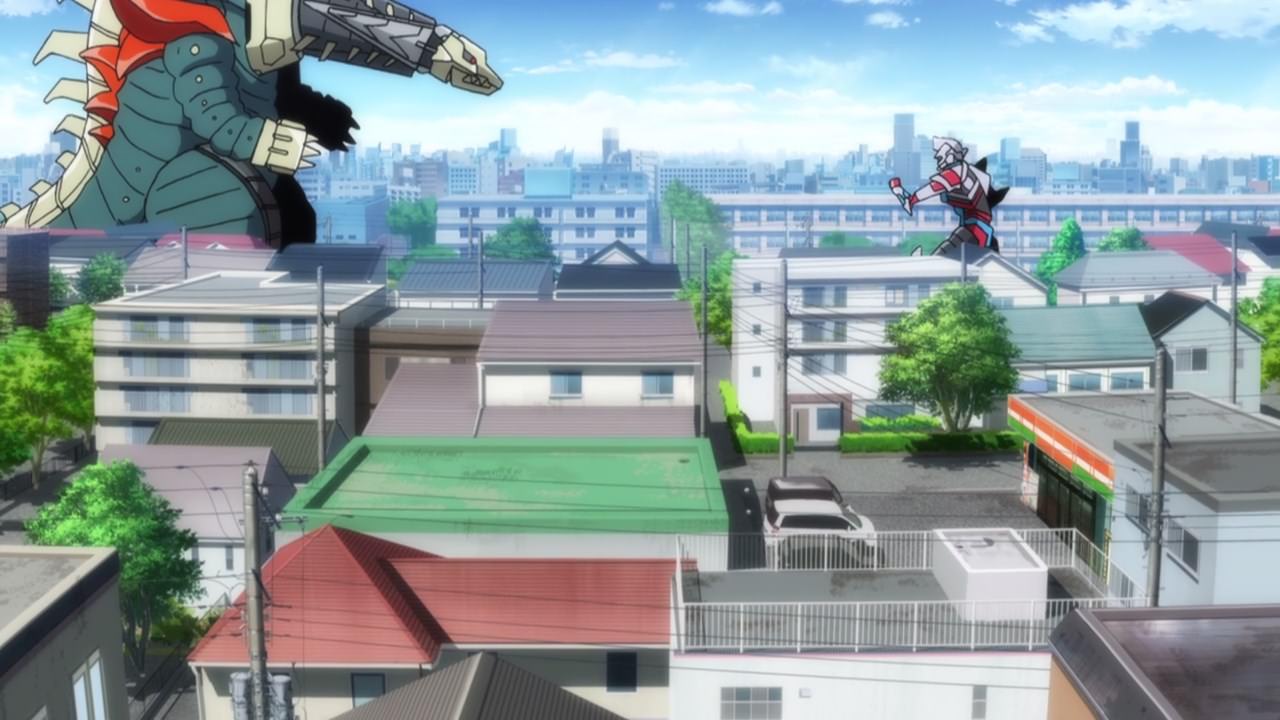 On second thought, the hyper agent has gone small compared to this week’s kaiju. Gotta say that Mecha Ghoulghilas will kick Gridman like a ragdoll! 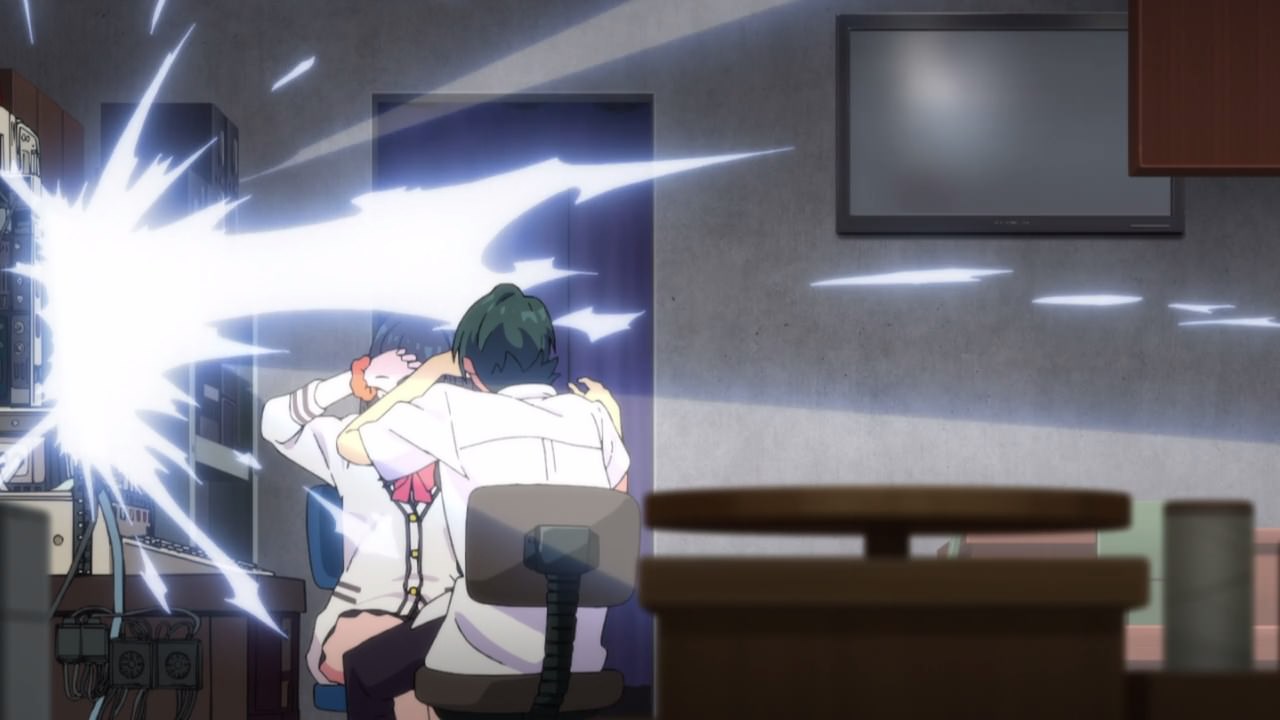 That’s until not one, not two, but all Assist Weapons went in to aid the hyper agent on defeating the kaiju.

But wait a minute, Junk couldn’t handle all Assist Weapons at once as it’ll freeze the PC. Man, they should have upgraded Junk while they’re at it! 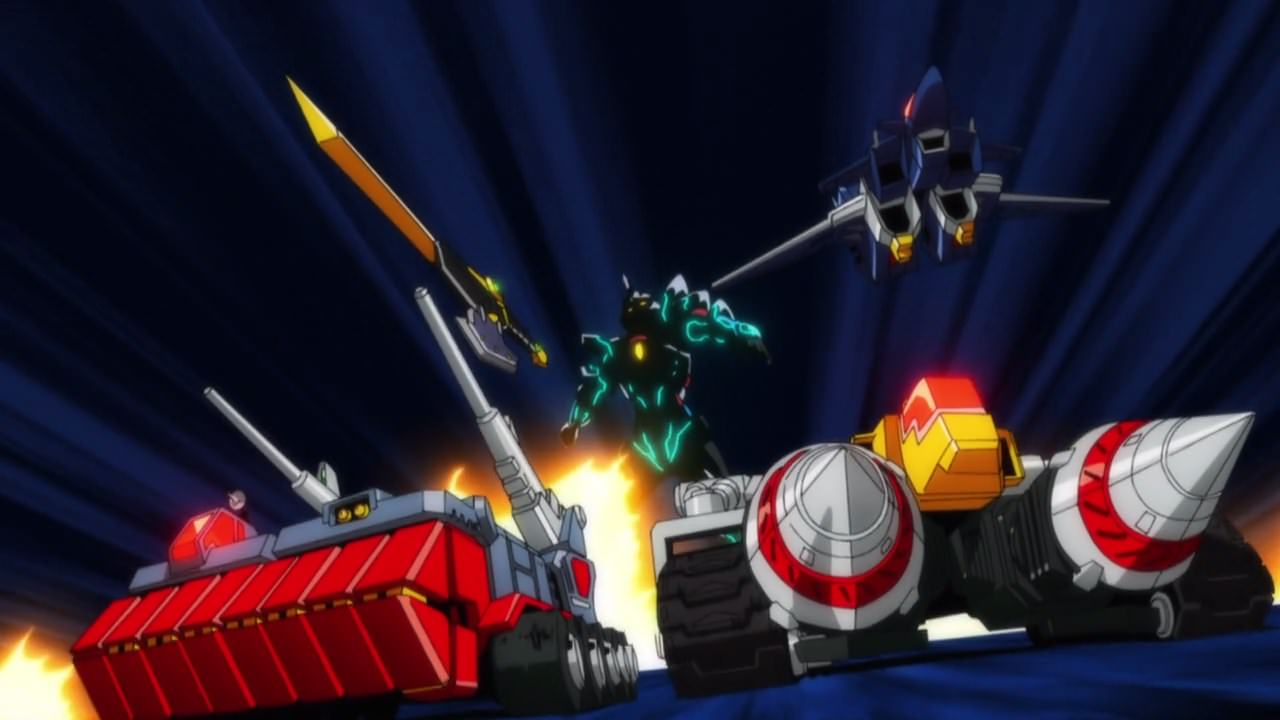 Regardless, let’s hope that Gridman and the Assist Weapons won’t freeze up against Mecha Ghoulghilas. Anyways Gridman, show me what you got! 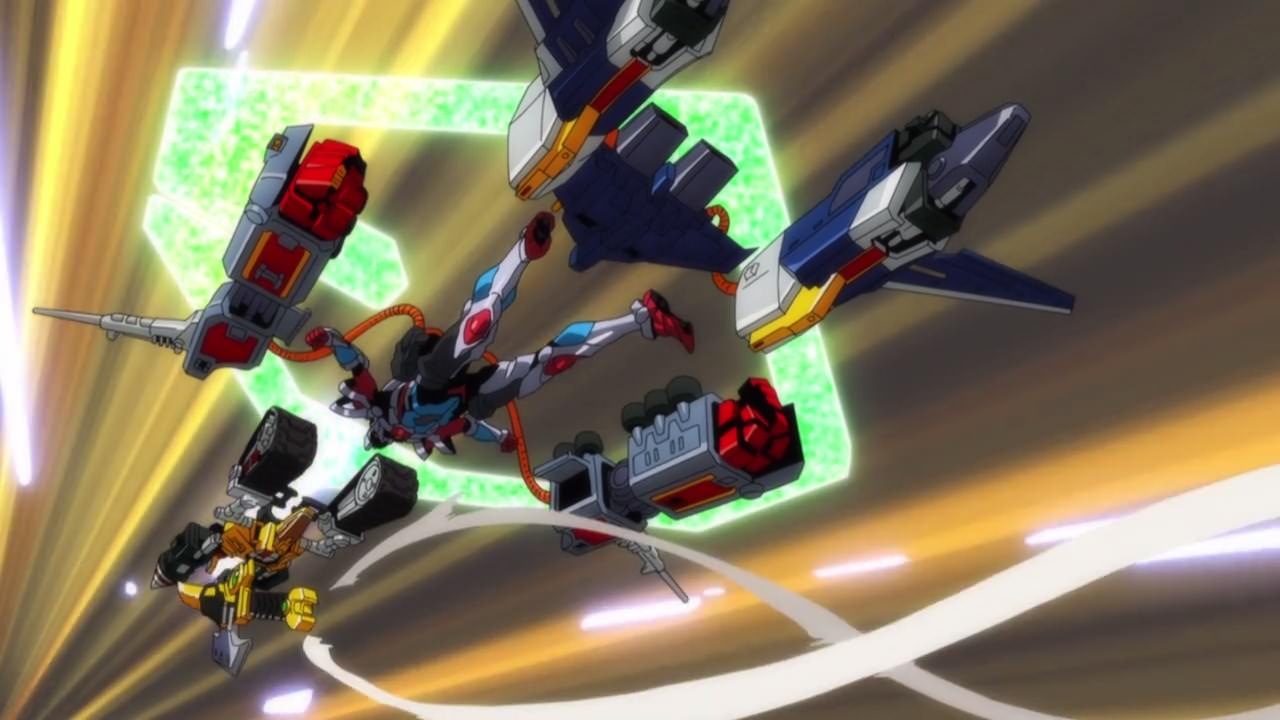 Wow, seems that the hyper agent decides to merge with all of the Assist Weapons to achieve its final form. 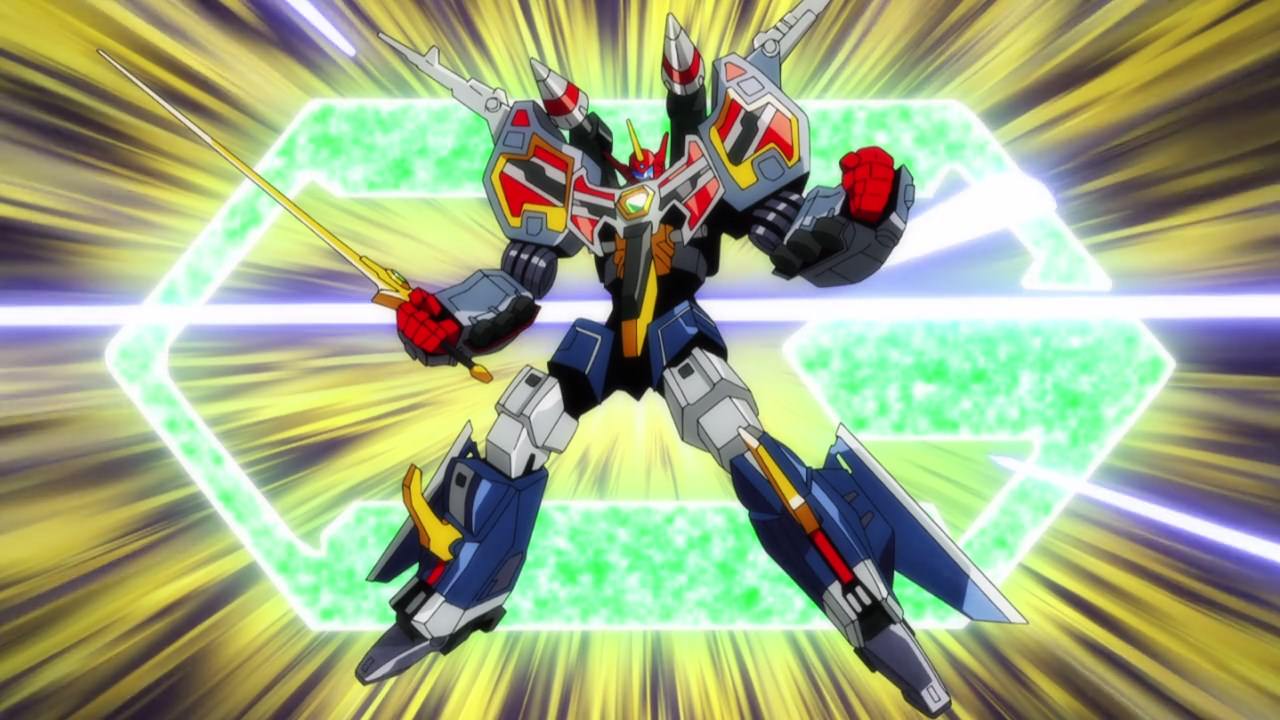 And lo and behold, the hyper agent managed to achieve it in the form of Full Powered Gridman, which is possible by making Gridman smaller so that he can merge with the Assist Weapons. 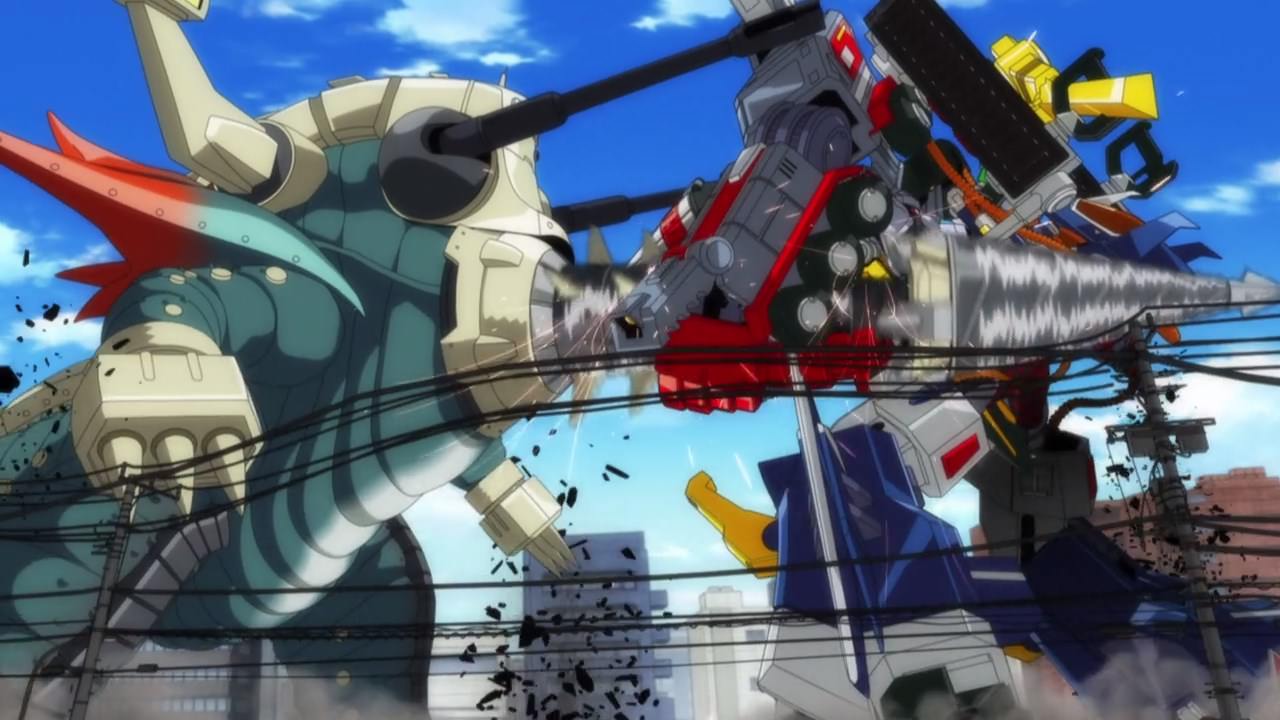 Anyways, time to dismantle this kaiju starting by cutting its head much like in the first episode. 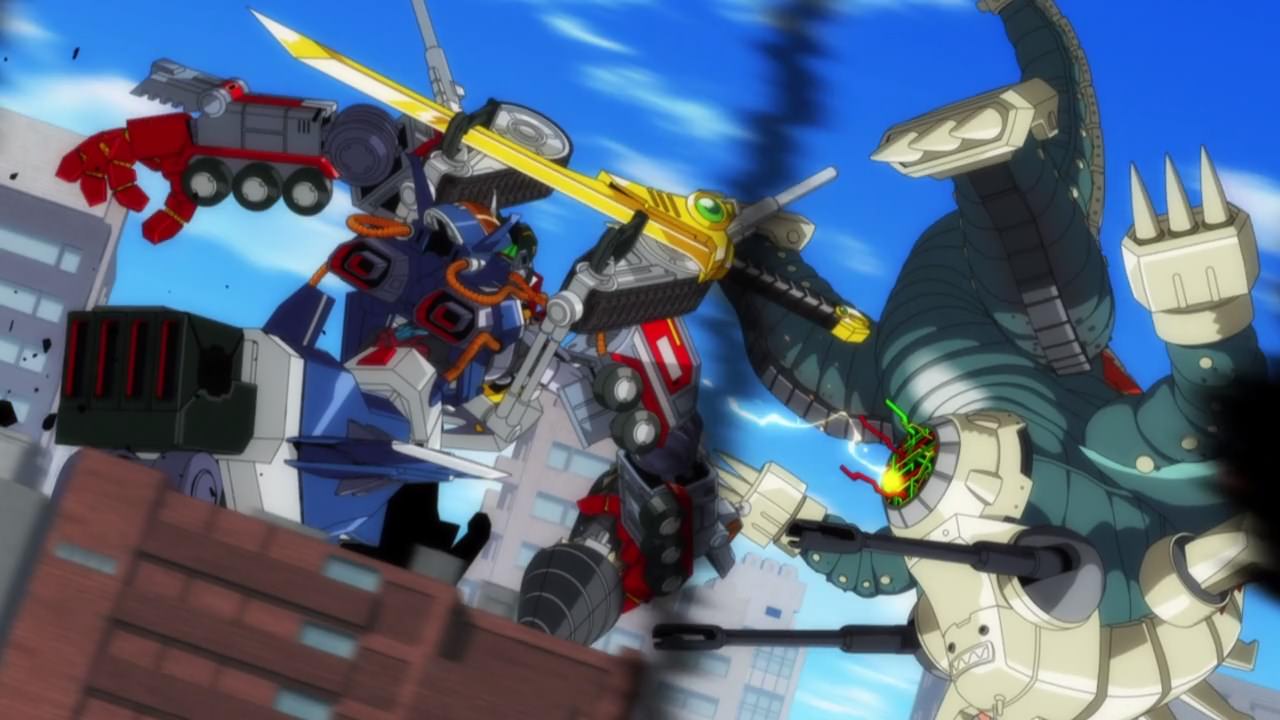 And thanks to its newly-acquired power, Gridman cut Mecha Ghoulghilas’s neck cleanly without breaking a sweat. Gotta say that Akane Shinjou is being put into a corner. 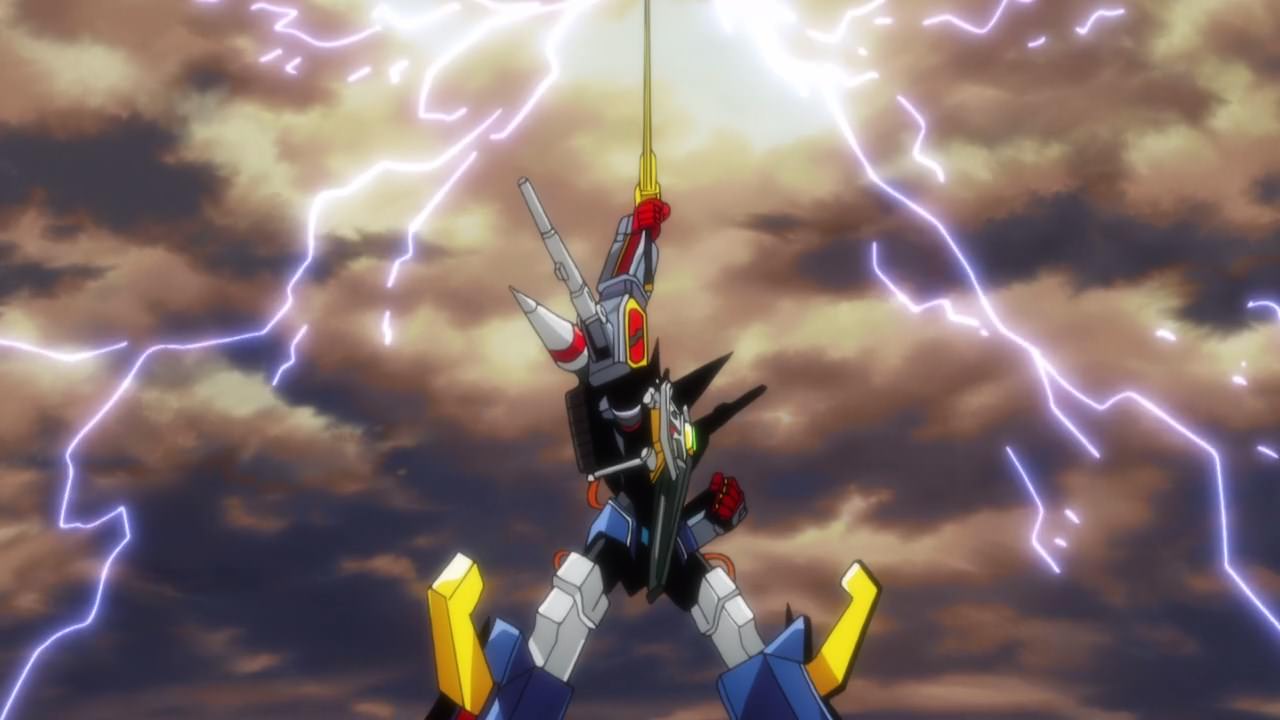 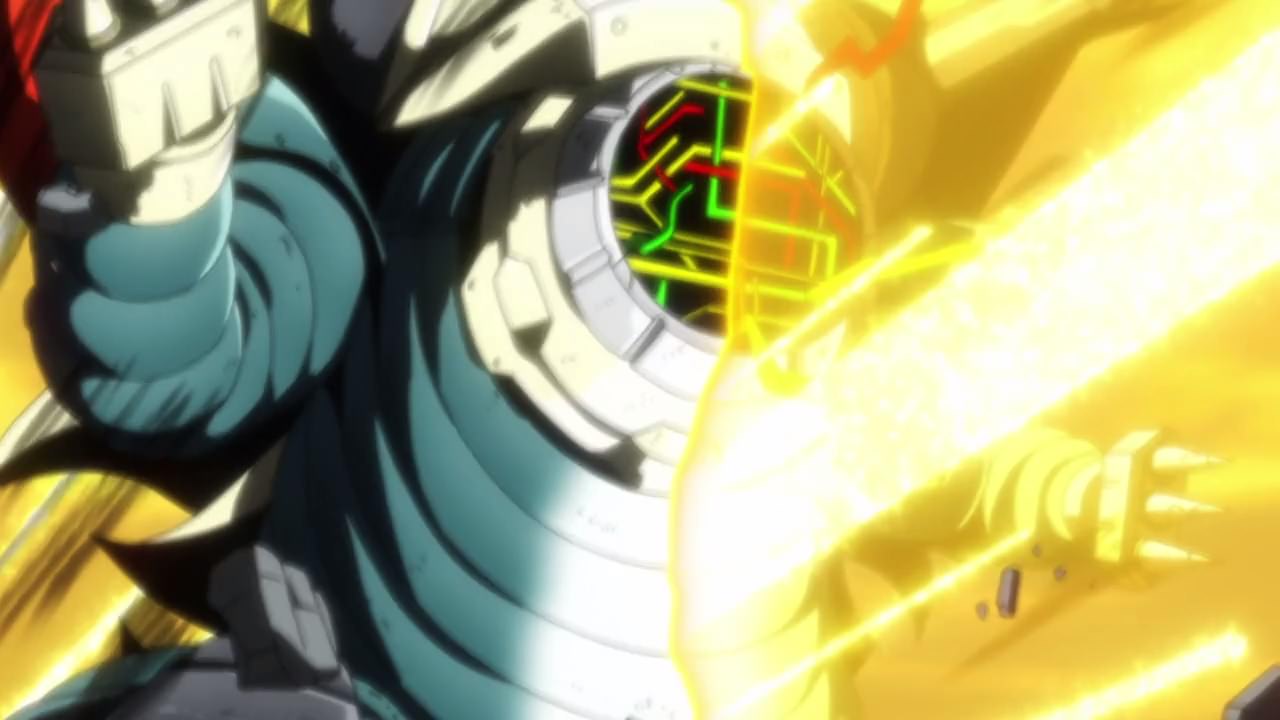 And as you can see, this kaiju got cut in half cleanly by the hyper agent. Looks like it’s game over for Shinjou! 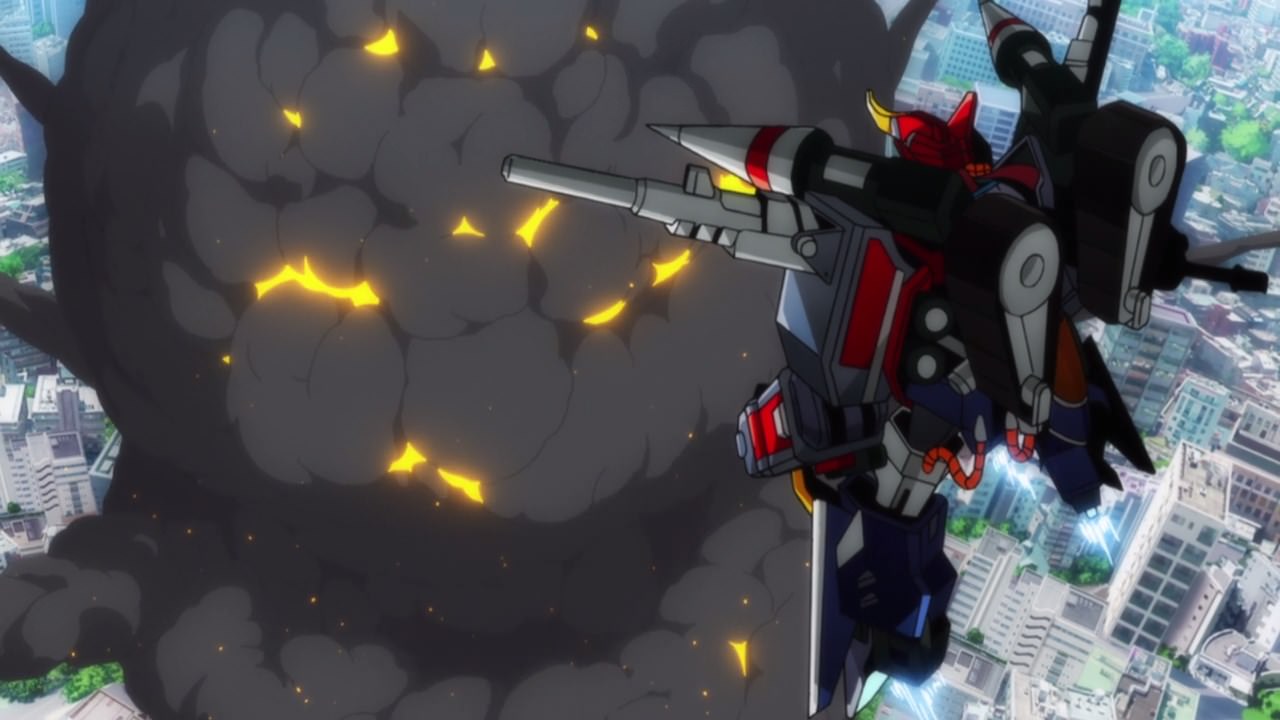 With that said, the town of Tsutsujidai is saved yet again. However, Yuuta Hibiki and his friends must defeat Alexis Kerib, regain his memories, and find out the truth about this town. 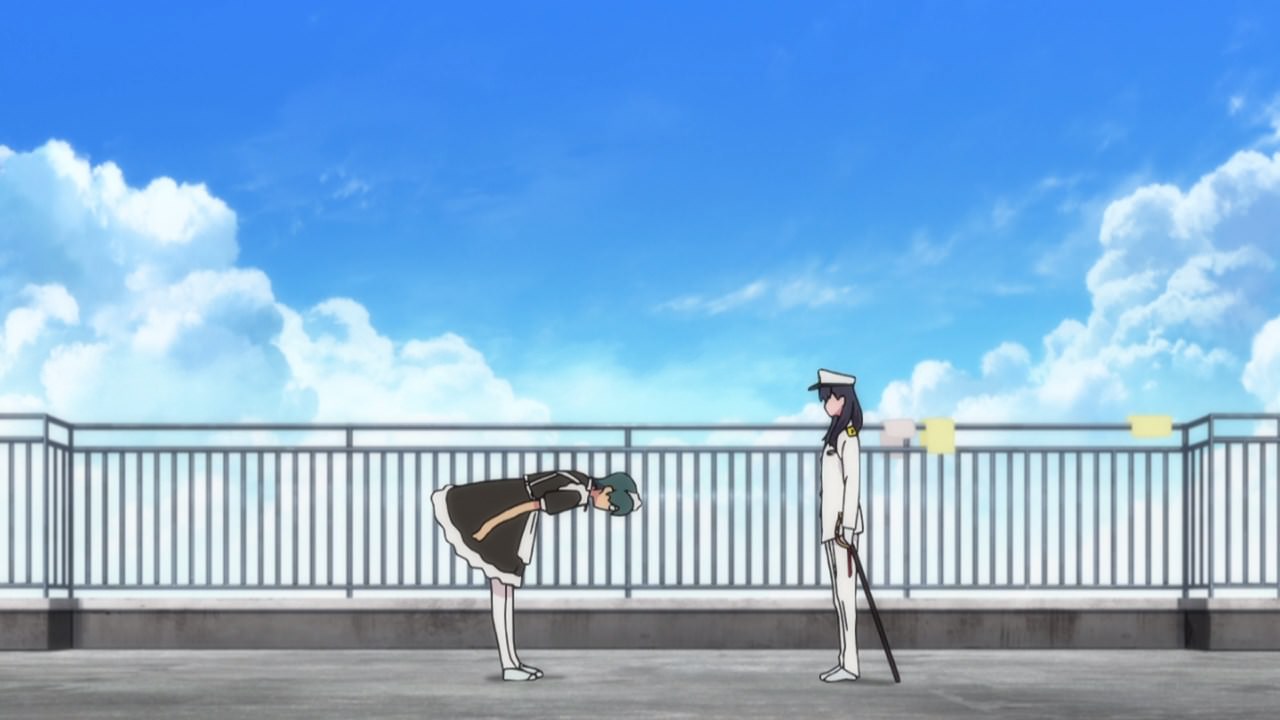 And as for both Shou Utsumi and Rikka Takarada? Well, they apologized for saying something awful. Then again, both Shou and Rikka are not in the wrong as they really need to understand each other and work together. 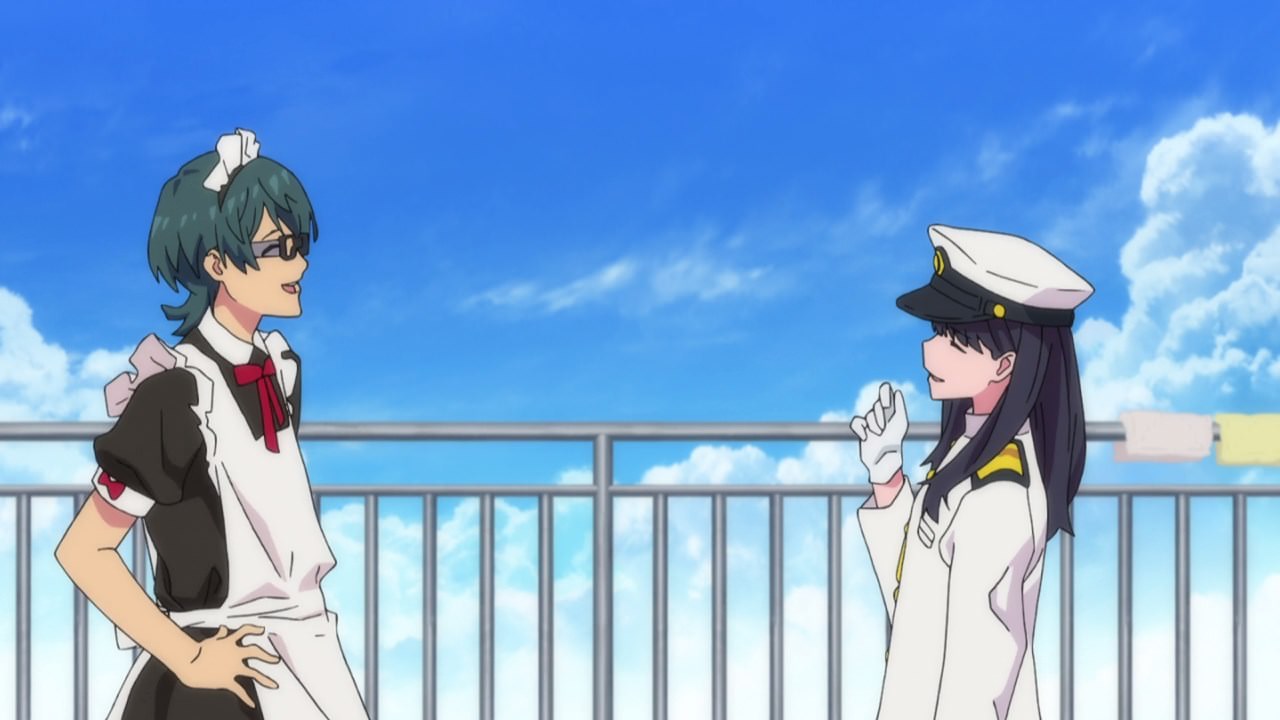 Still, it’s nice to see them being friends again as Shou Utsumi and Rikka Takarada have finally made up. Of course, little did they know is that they might be created by Akane Shinjou because y’know, she’s a goddess. 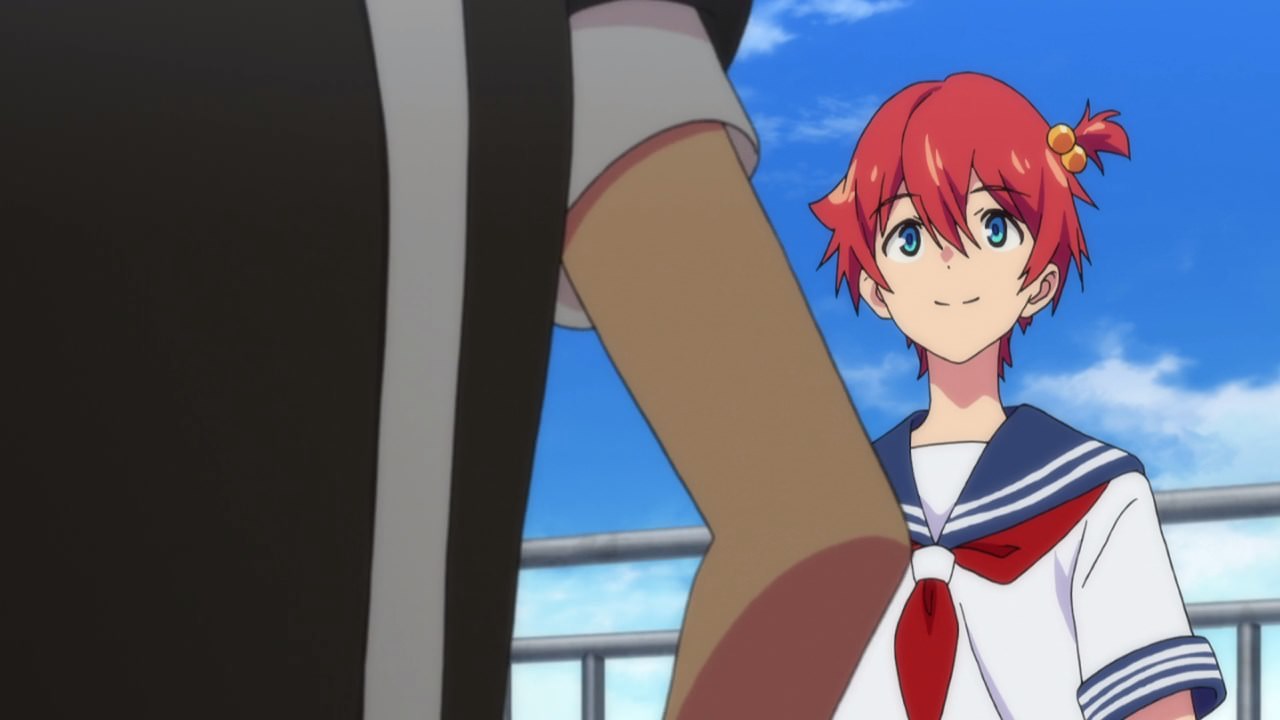 But that’s about it for this week’s episode of SSSS.GRIDMAN as we’re getting closer to the finale. However, they are many questions are yet to be answered and I have a gut feeling that Alexis Kerib will make his move next week.