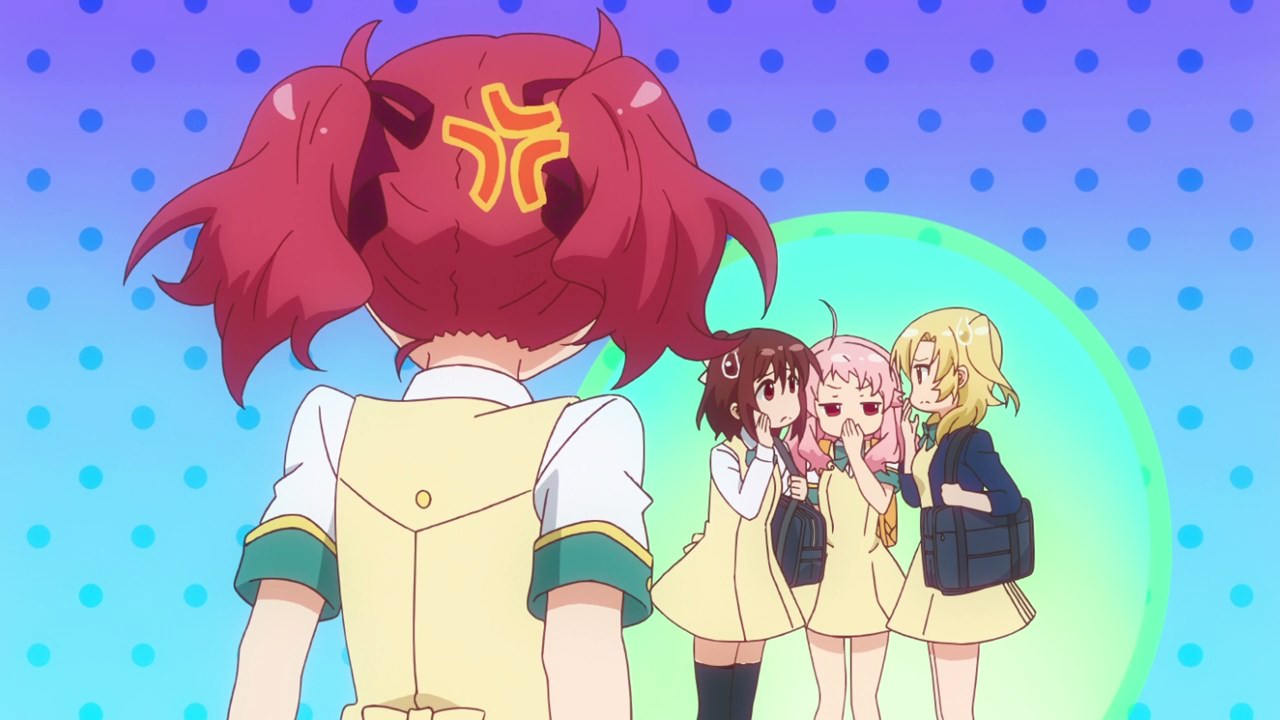 Well, seems that the members are not intimidated as they want to recruit this red-haired girl into the cheerleading association.

Still, she insists on telling Kohane Hatoya and the rest on not to approach Hizume Arima because this girl considers Hizume as her senior, despite the fact that she and Arima have the same age. 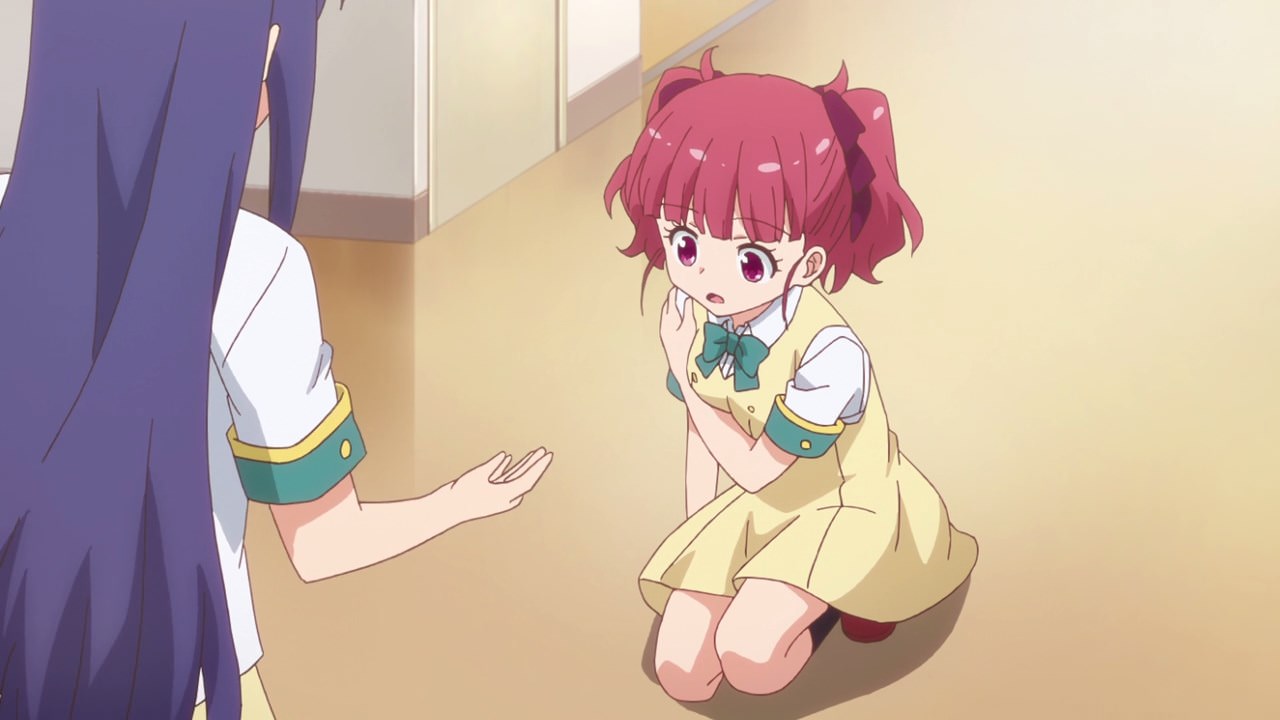 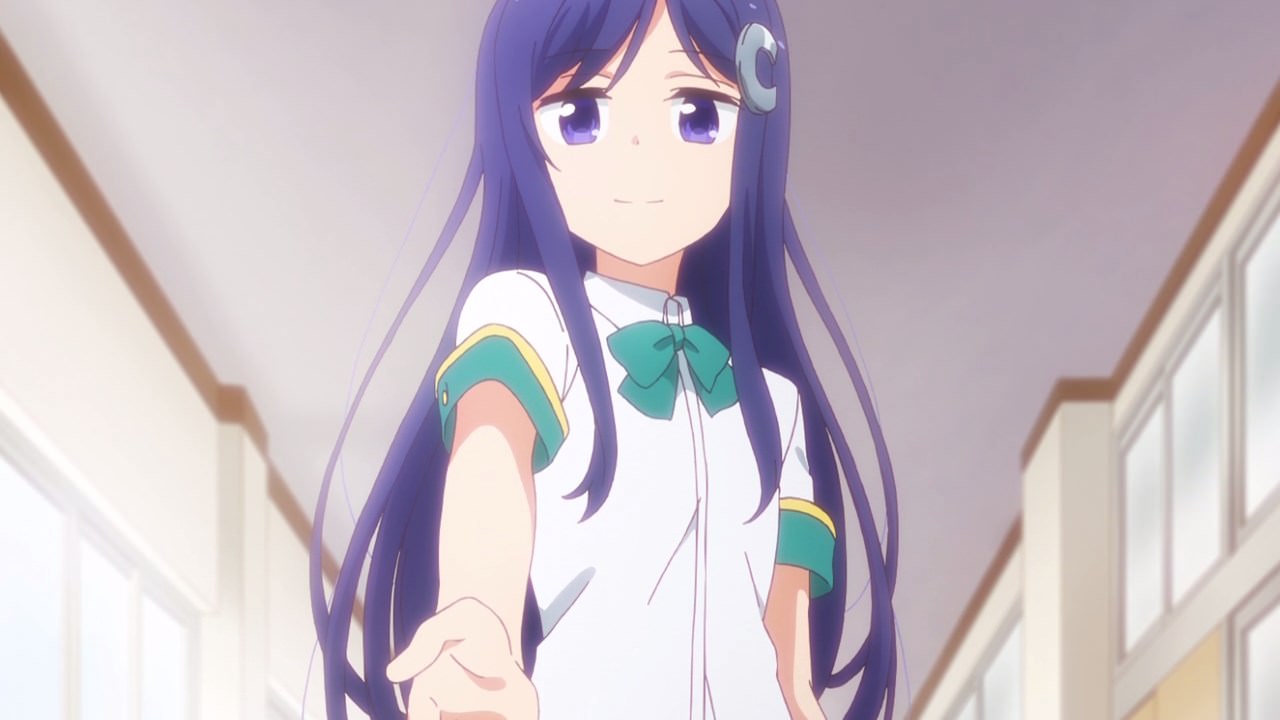 And speaking of Hizume Arima, she bumped into to the red-haired girl which Arima remembered her as one of the members of her former cheerleading team named Kana Ushiku.

Well, I have to say that Arima actually remembered Ushiku, but not much because she saw her former teammates as a bunch of potatoes. 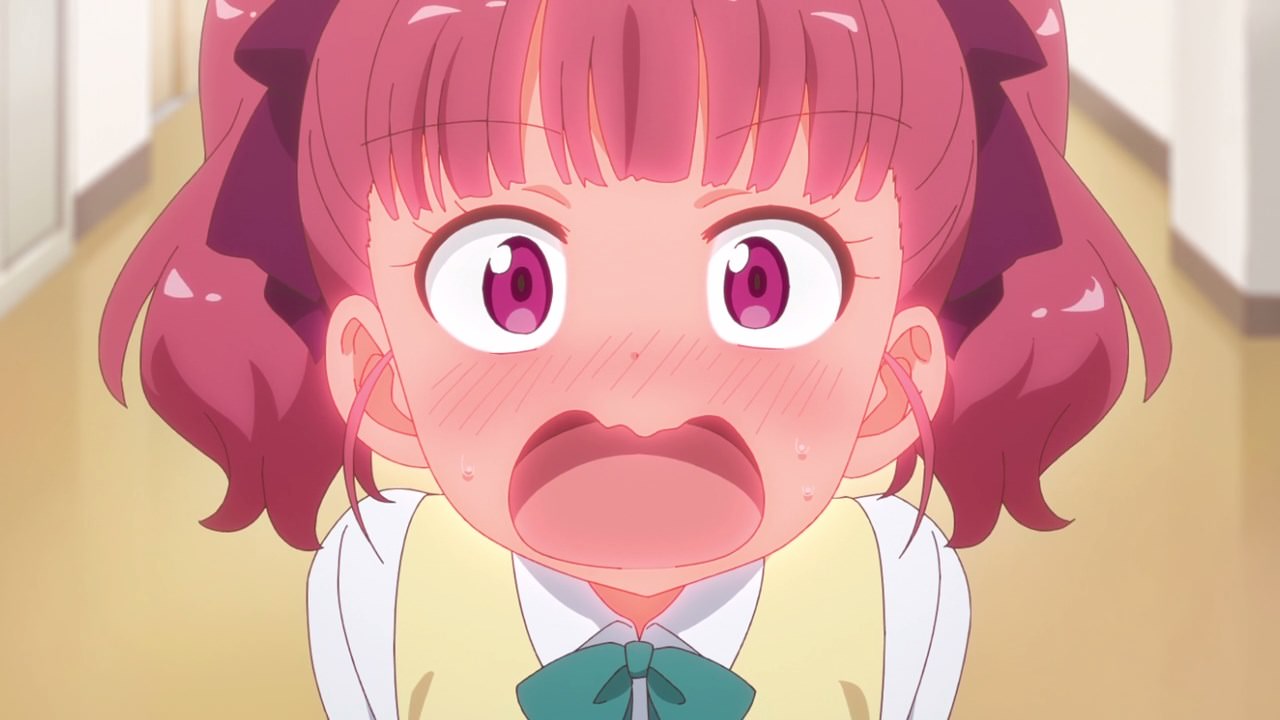 Oh and as for Kana Ushiku? Looks like her face is getting red as Kana is being close to Hizume. Come to think of it, is Kana being infatuated towards Hizume? 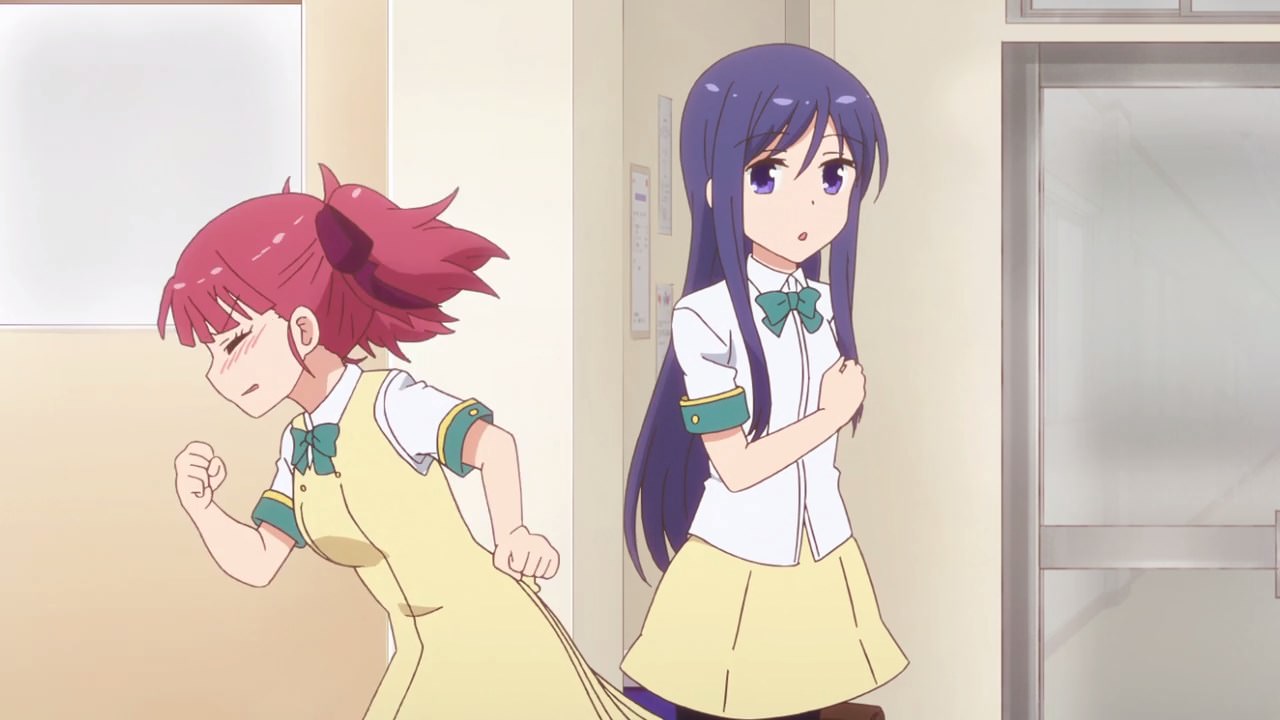 Regardless, Kana Ushiku ran away from the cheerleading association. Man, I thought Kana will join the- Oh wait, she won’t because Ushiku wants the rest of the club members to stay away from Arima. 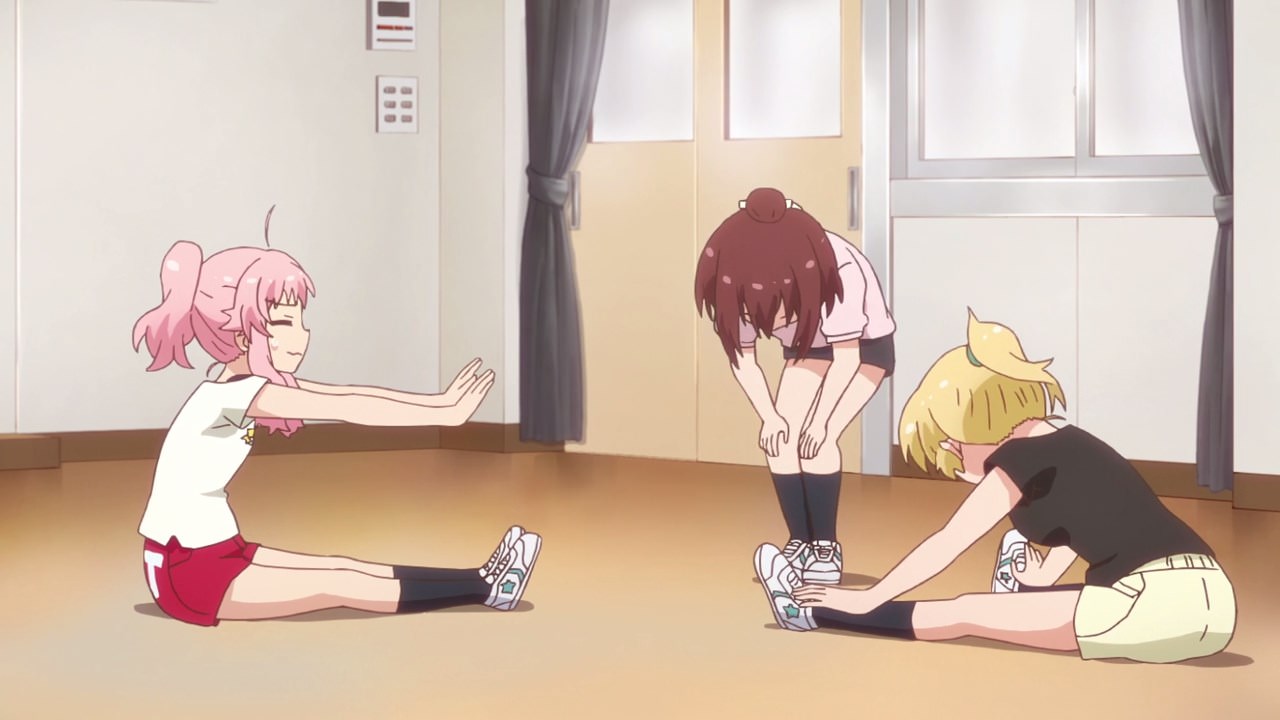 Anyways, the cheerleading association are currently practicing for their upcoming performance because Kaminoki High School’s basketball club have qualified for the prefectural tournament.

After all, it’s all thanks to the cheerleading association that Basketball-sempai and the rest have made it very far. Of course, they want to compete in the nationals but anyways, Kohane Hatoya and the rest and doing their best for the upcoming basketball game. 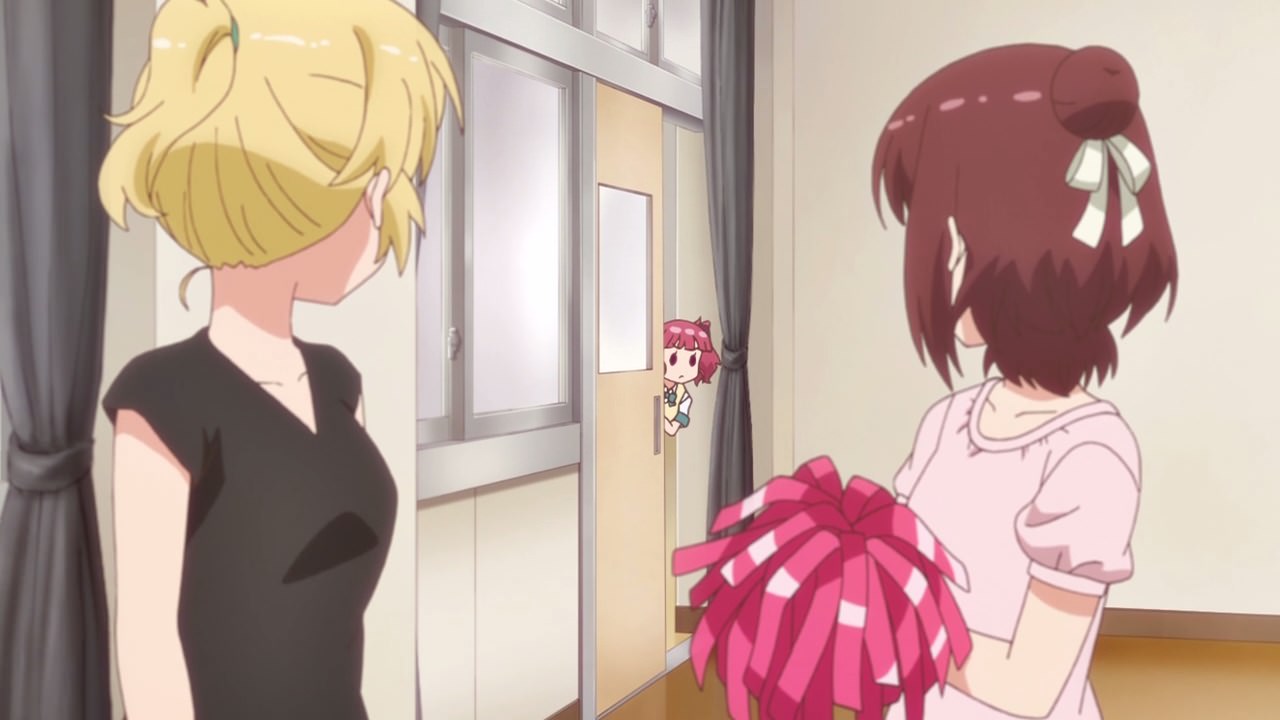 And then, Kana Ushiku showed up in which she’s staring at them at a distance. Really Kana, are you just gonna stand there and watch your beloved Arima-sempai? 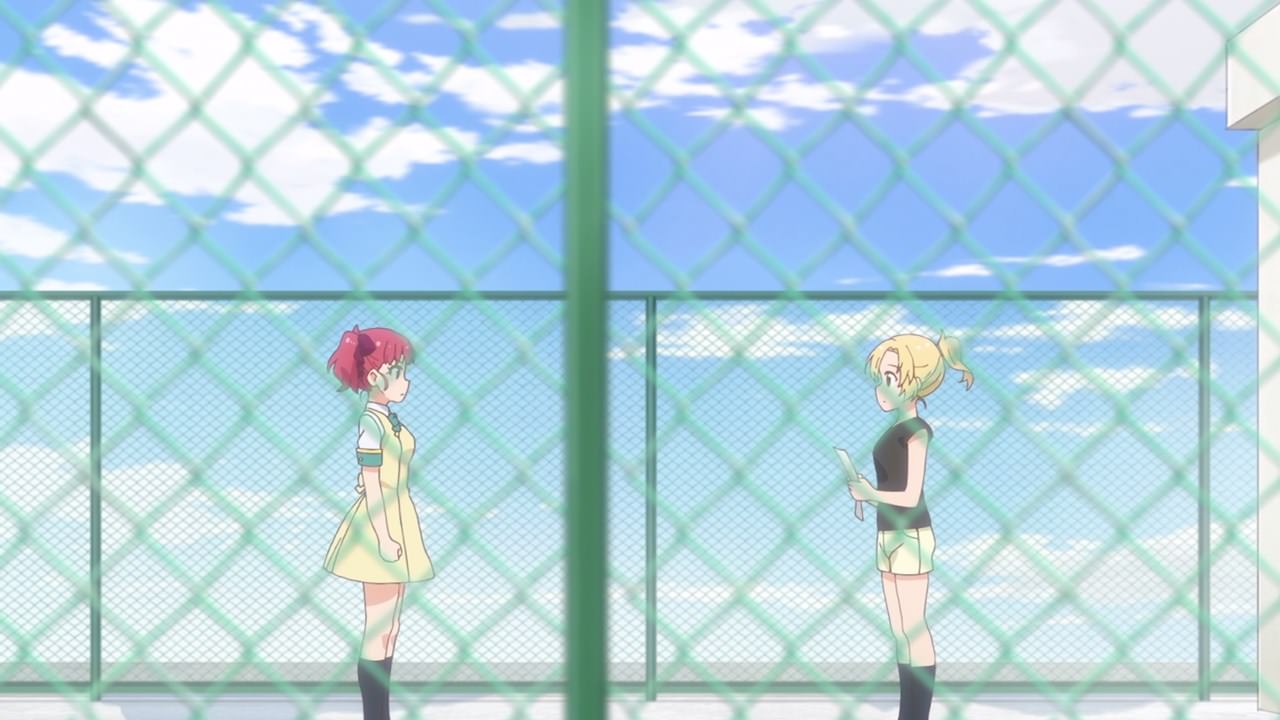 With that said, Kana Ushiku called Uki Sawatari out and told her to stay away from Hizume Arima because Uki doesn’t know much about her. Then again, Kana doesn’t know that Hizume is scared of being alone.

But seriously though, I think it would be better if Ushiku asked Arima directly instead of stalking her. 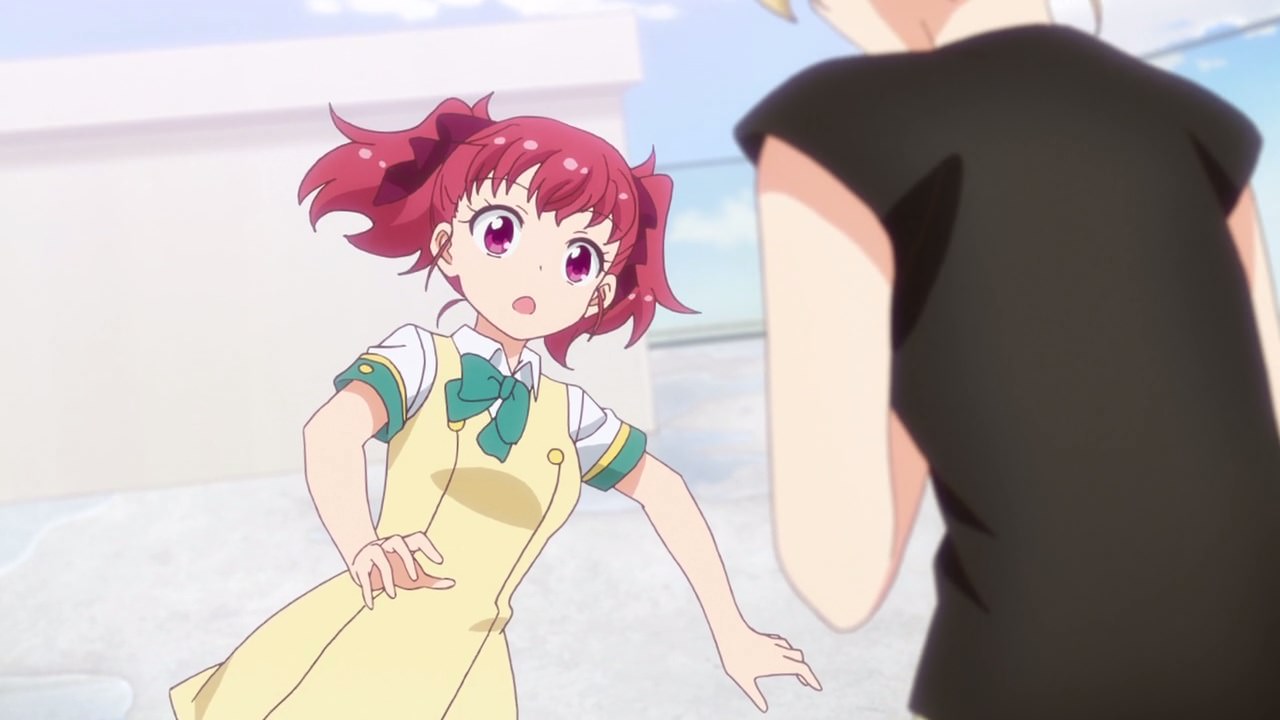 Suddenly, Kana Ushiku slipped and she’s about to fall down and get a sprain or broke her leg. Somebody save Ushiku! 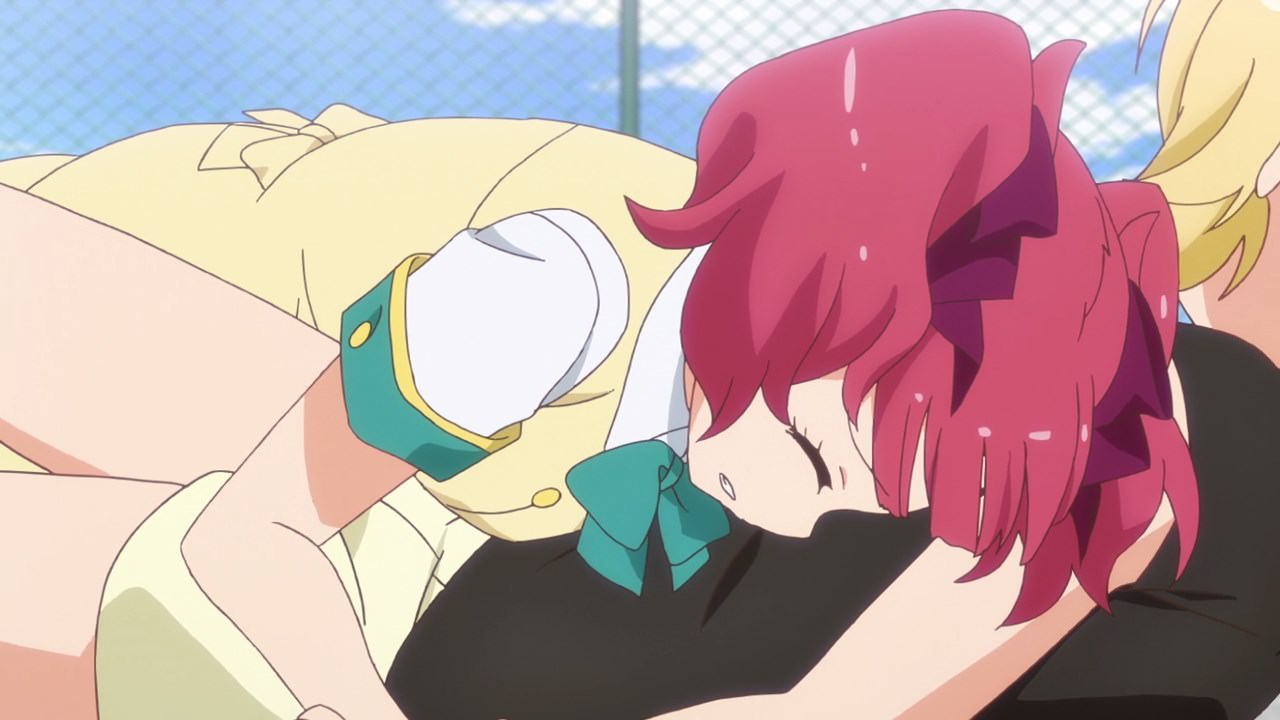 Fortunately, Kana was saved by Uki Sawatari as she used her body to rescue Ushiki from falling face first into the pavement. 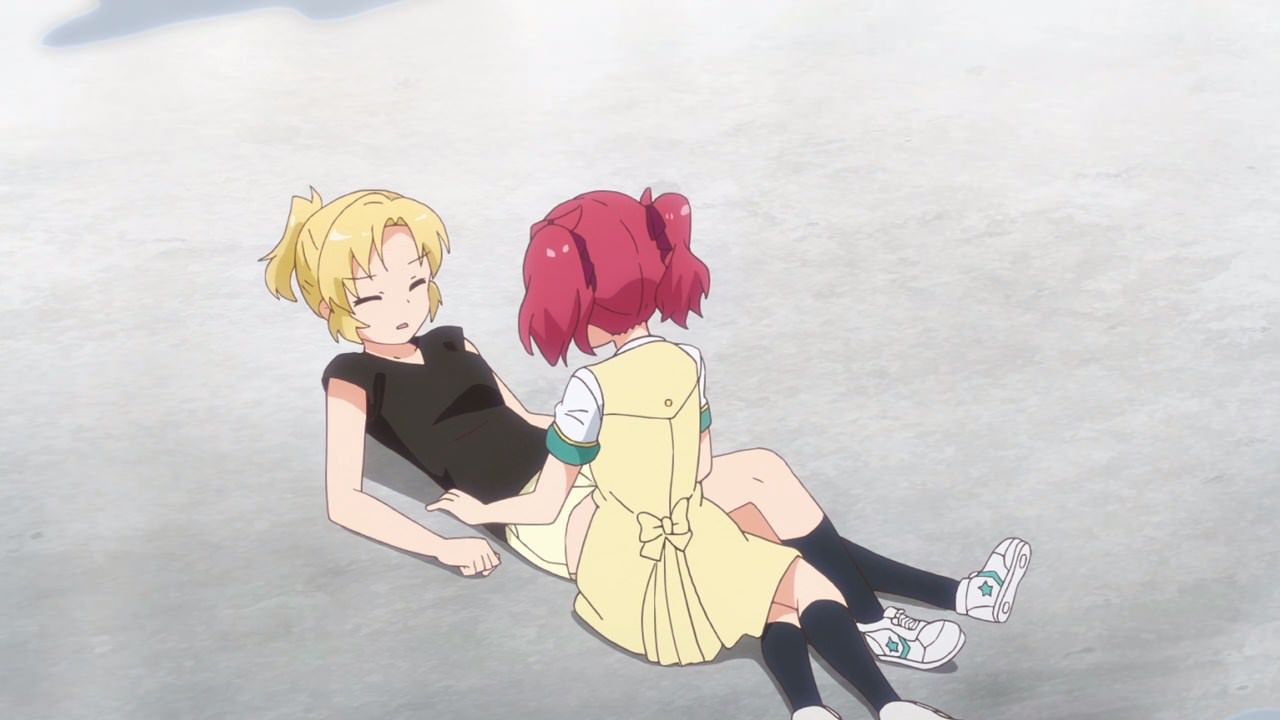 Of course, that leaves Sawatari having a sprained ankle and with the basketball match fast approaching, the cheerleading association are having trouble with one less member performing their cheer routine.

So, seems that Kana Ushiku will have to make up for this mishap and become a substitute for Sawatari. Then again, does Ushiku have enough time to learn the moves? We’ll find out. 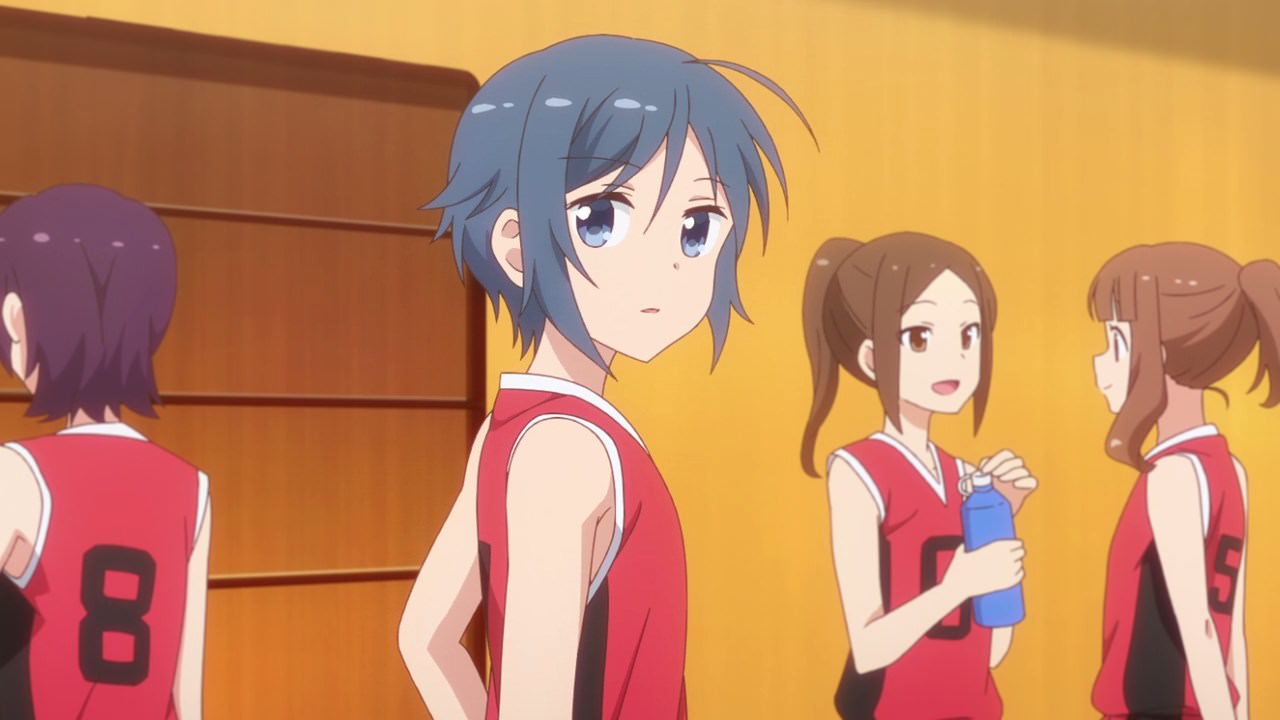 Anyways, here’s Basketball-sempai as her team are ready to win the match and qualify. 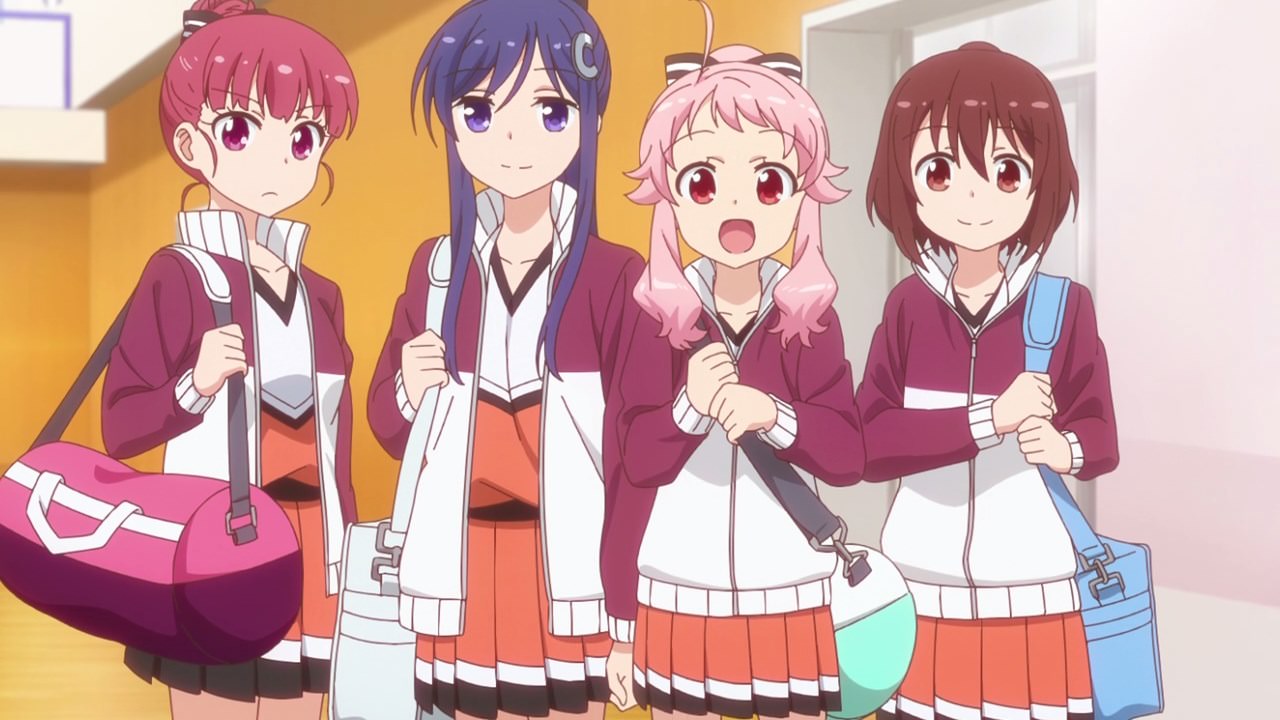 Oh, and the cheerleading association are here to do their stuff because c’mon, the basketball club are pumped-up when these cheerleaders are here to cheer them on. 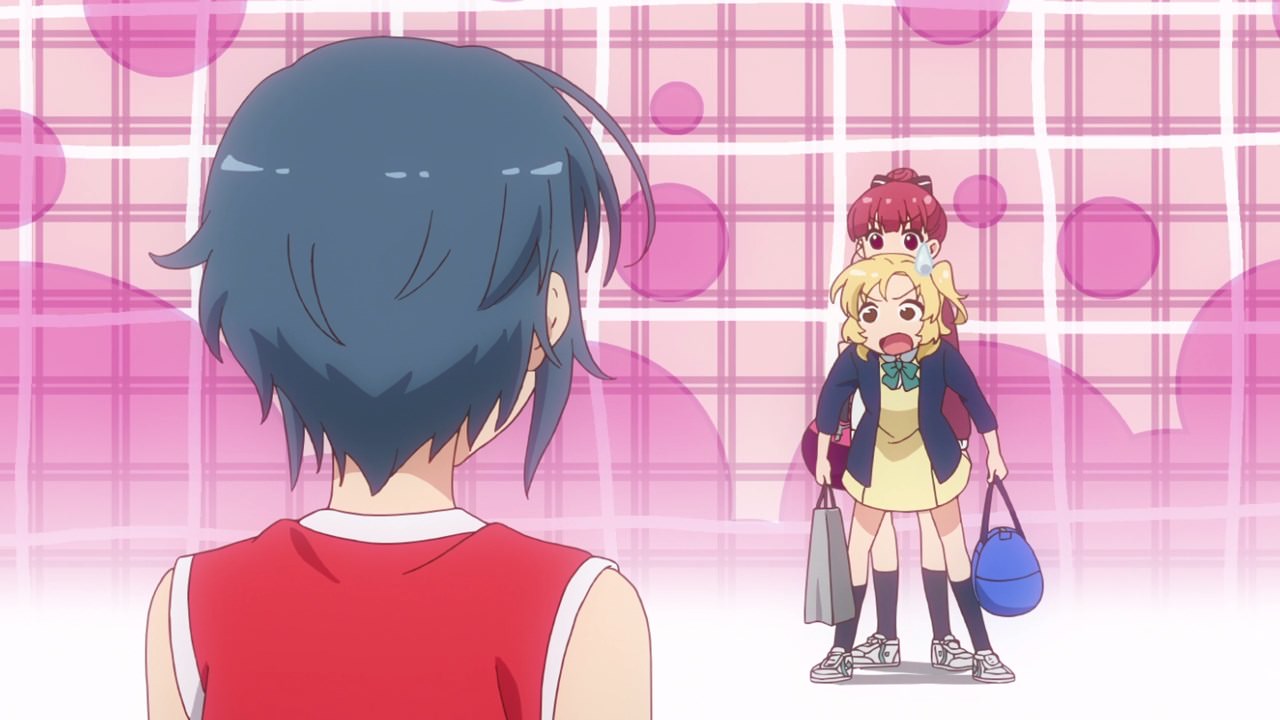 Also, Uki Sawatari is here to act as a manager, not someone’s wife. Oh, and she pointed out that Kana Ushiku is her substitute. I mean, she can’t have a plastic surgery overnight. 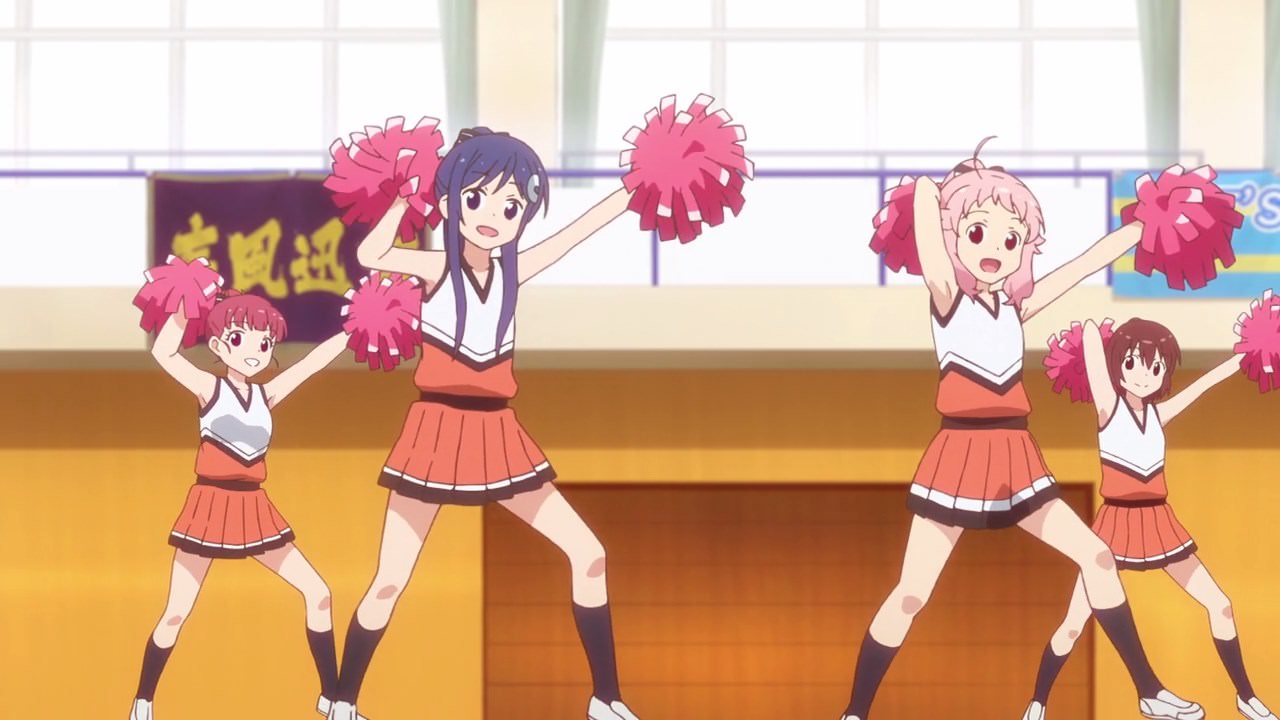 But enough jokes, time for the cheerleading association to do their stuff so that their classmates at Kaminoki High School are hyped as they cheer on their basketball team. 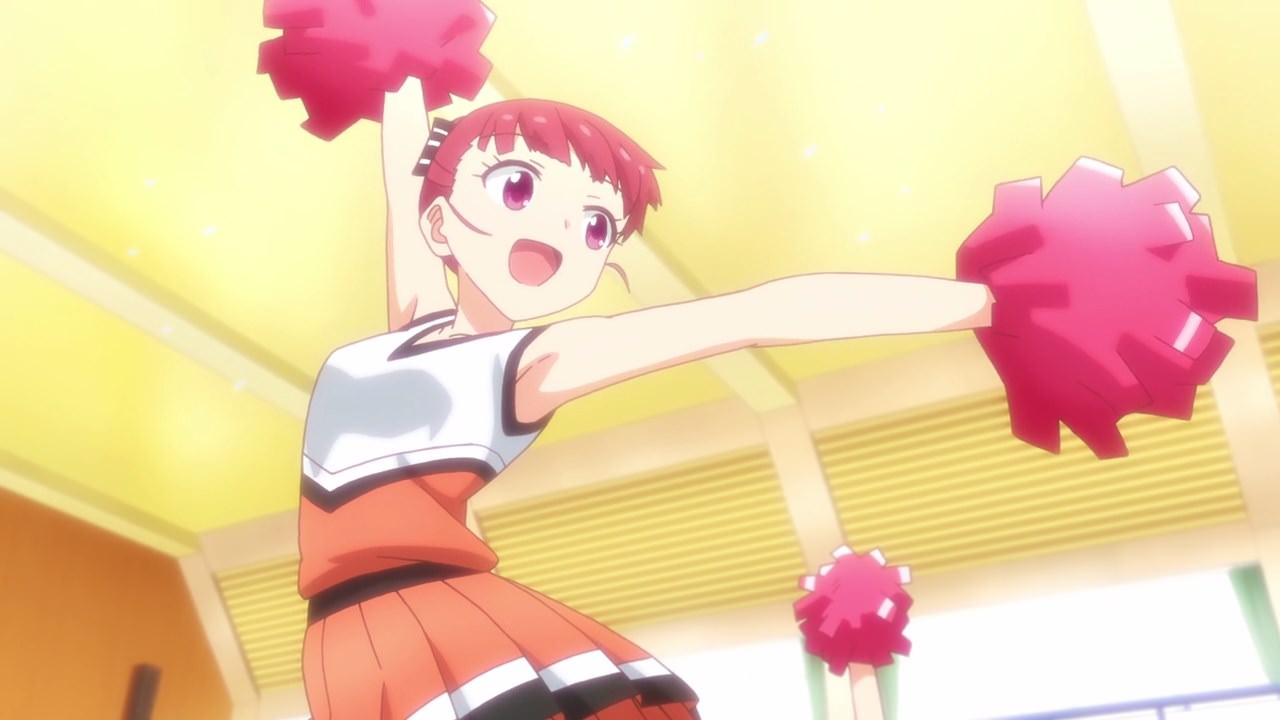 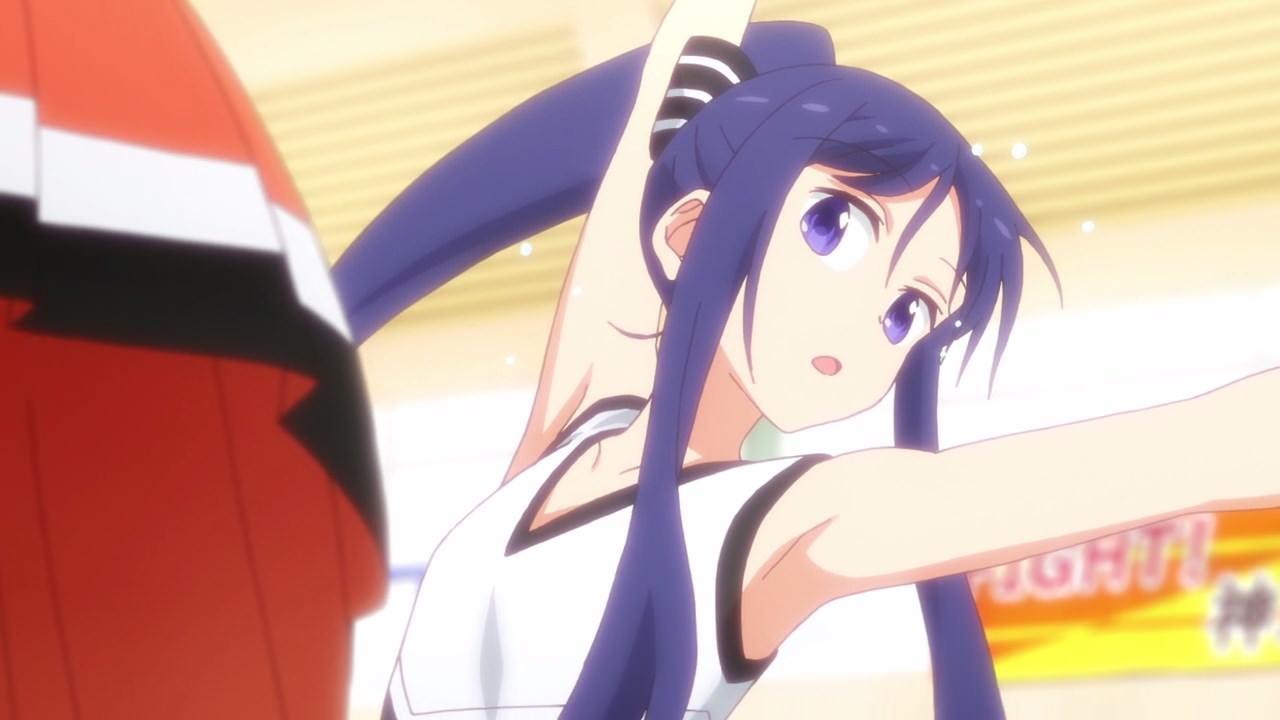 On the other hand, here’s Kana Ushiku where Hizume Arima noticed that she’s quite good at cheerleading. Well, the reason why Kana performed well is because Arima-sempai is with her. 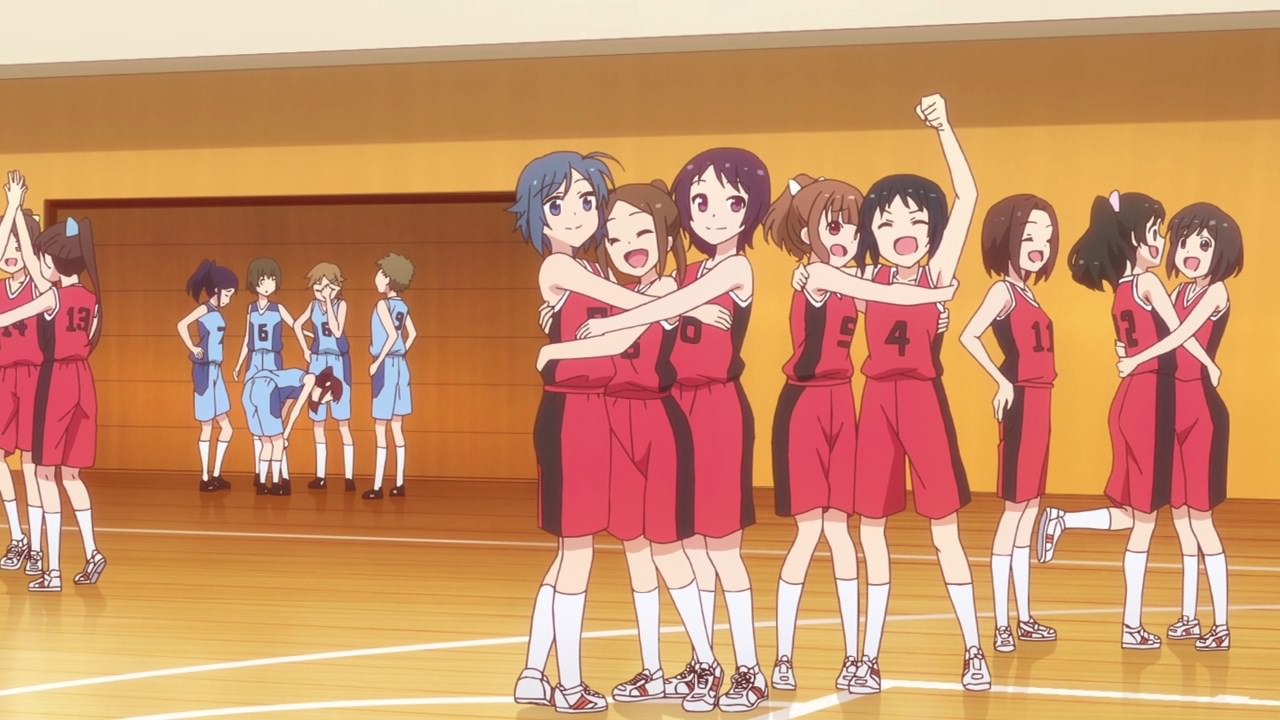 Anyways, Kaminoki High School won their match and it’s all thanks to the cheerleading association for supporting them. Come to think of it, I feel that the story of the basketball club needs to be told. 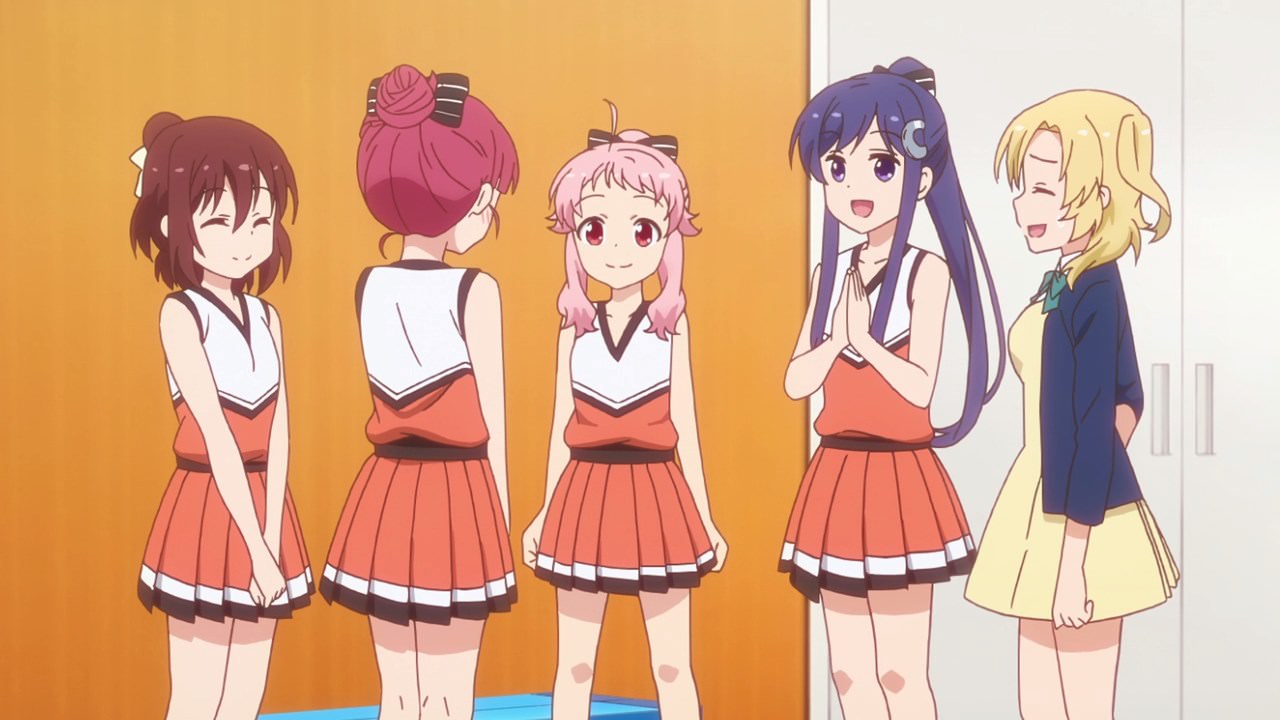 Afterwards, Hizume Arima asked Kana Ushiku if she can join their cheerleading association. I mean, they need one more member in order to become an official club. 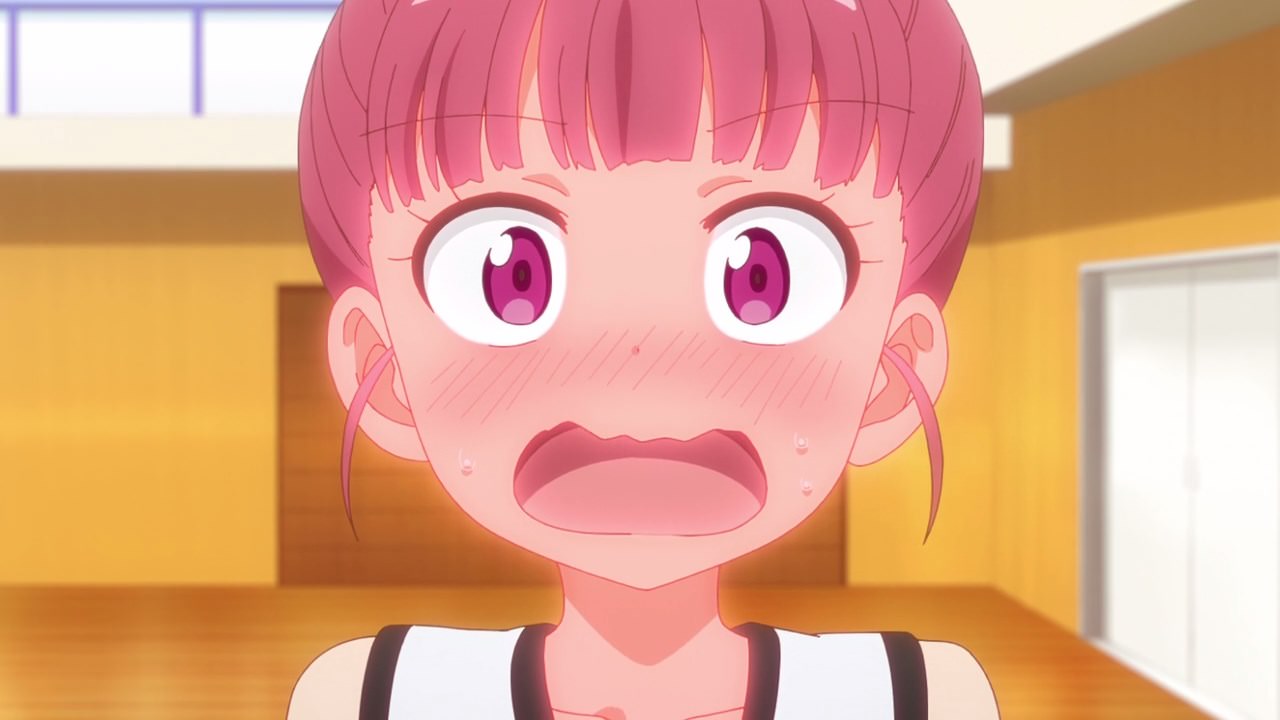 But as for Kana Ushiku, looks like her face is getting red again and she’s gonna pass out soon because Hizume is so close to her.

With that said, I hope that Kana Ushiku will join them on the next episode because having 5 cheerleaders is better than having none!