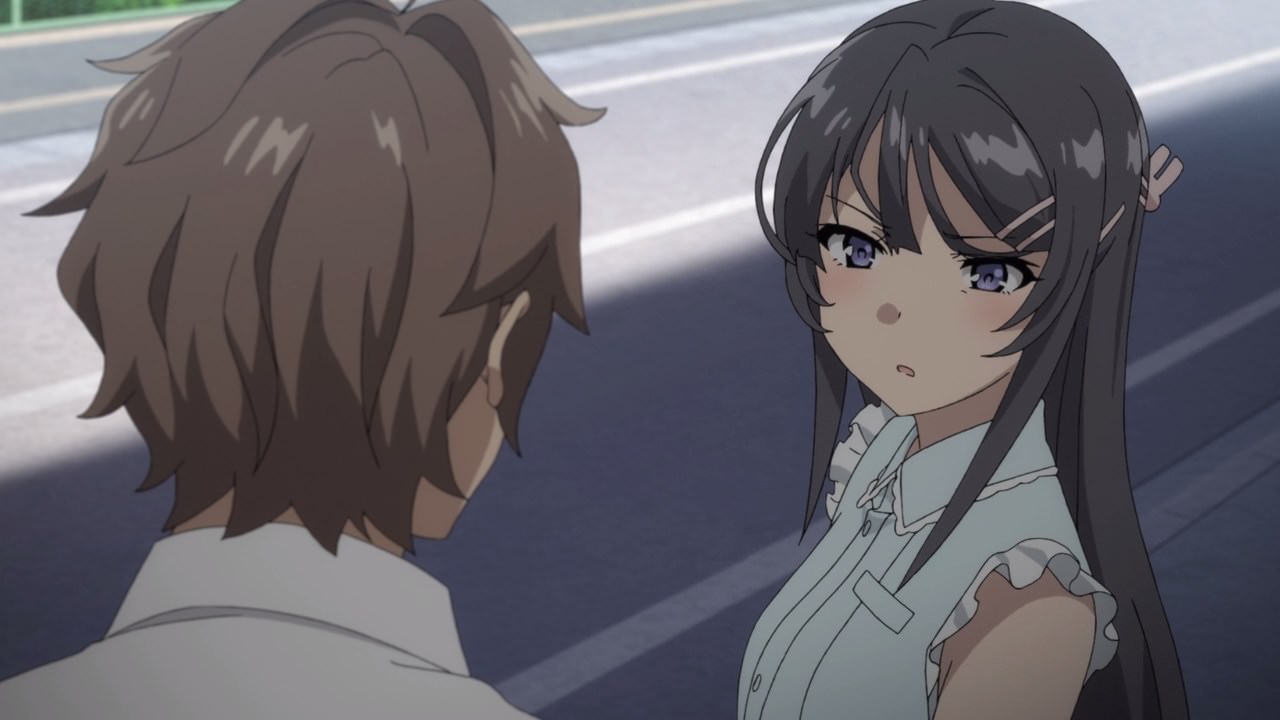 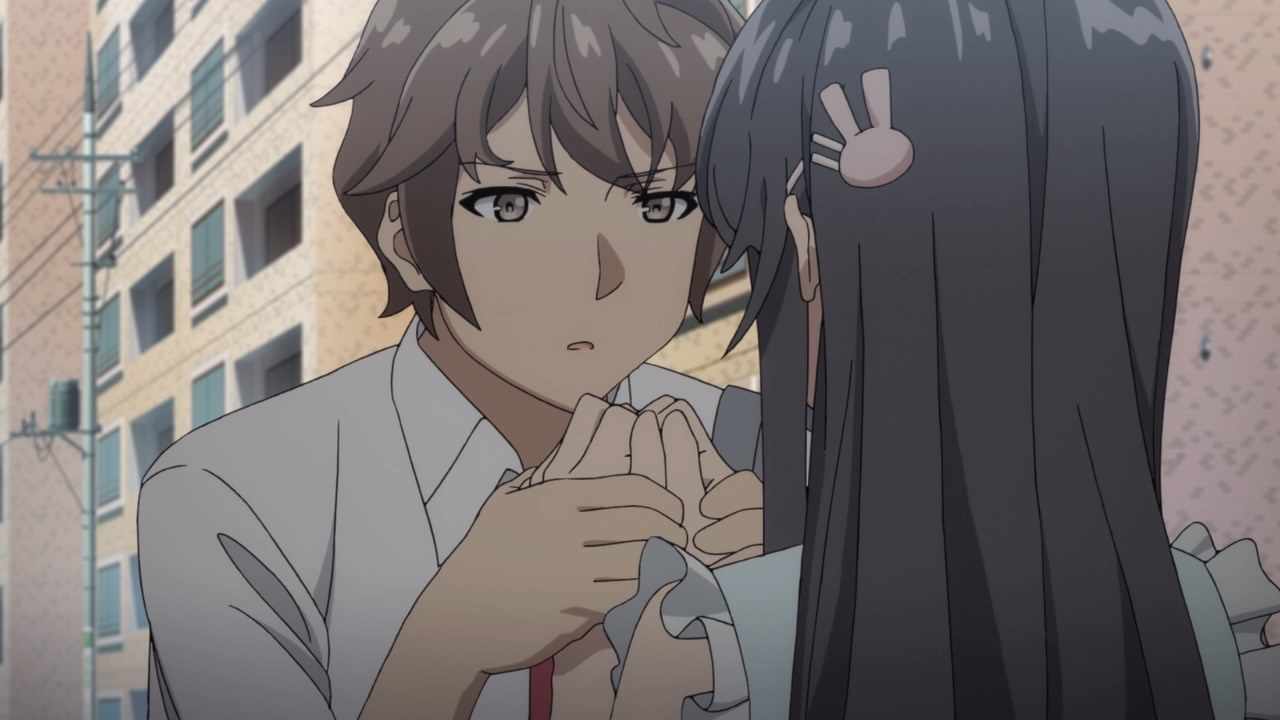 And speaking of Sakuta, he can’t believe that his girlfriend got amnesia. Say it ain’t so! 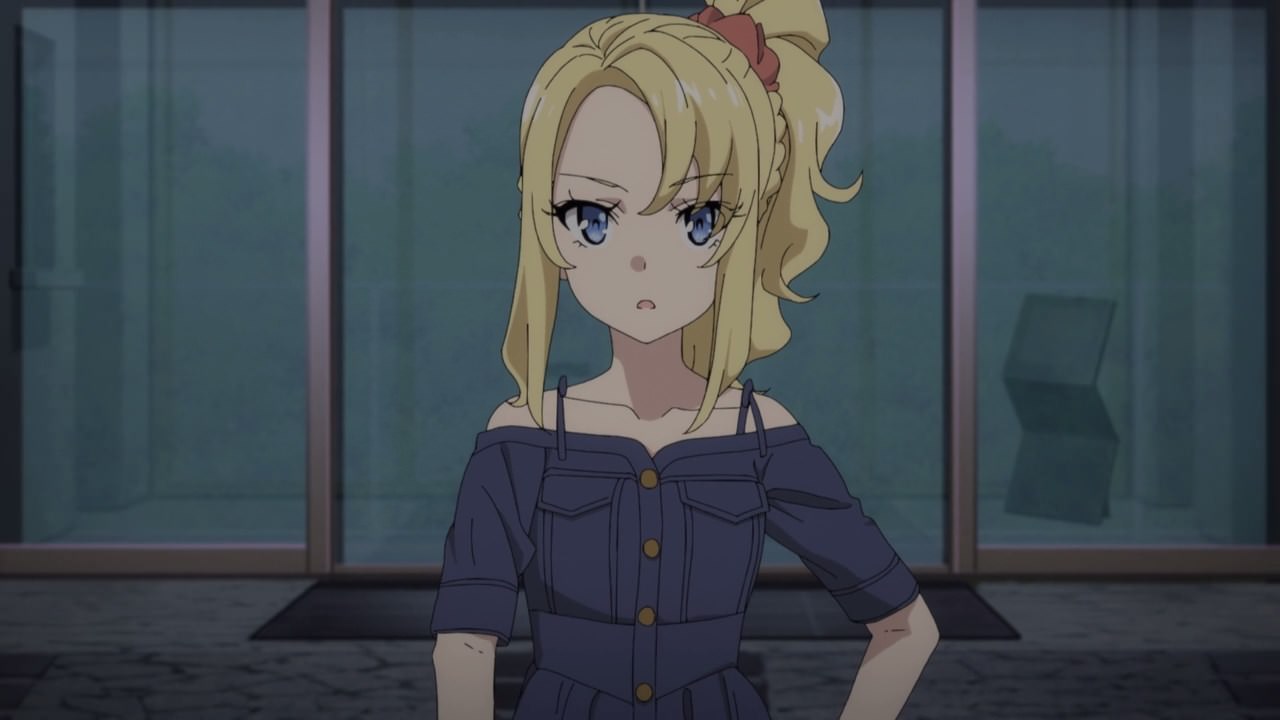 But then, some girl suddenly showed up in front of Sakuta and Mai-san. What’s going on here?

Anyways, this is Nodoka Toyohama, an idol who turned out to be Mai Sakurajima’s half-sister. Oh, and it gets weird from there as both Nodoka and Mai-sempai switched bodies thanks to Puberty Syndrome, with Mai’s soul residing into Nodoka’s body and vice-versa.

So yeah, this Nodoka Toyohama will be Mai-sempai for the time being and so is her sister. But you know what, I’m surprised that they’re half-siblings but having a freaky Friday incident on this episode is another different level! 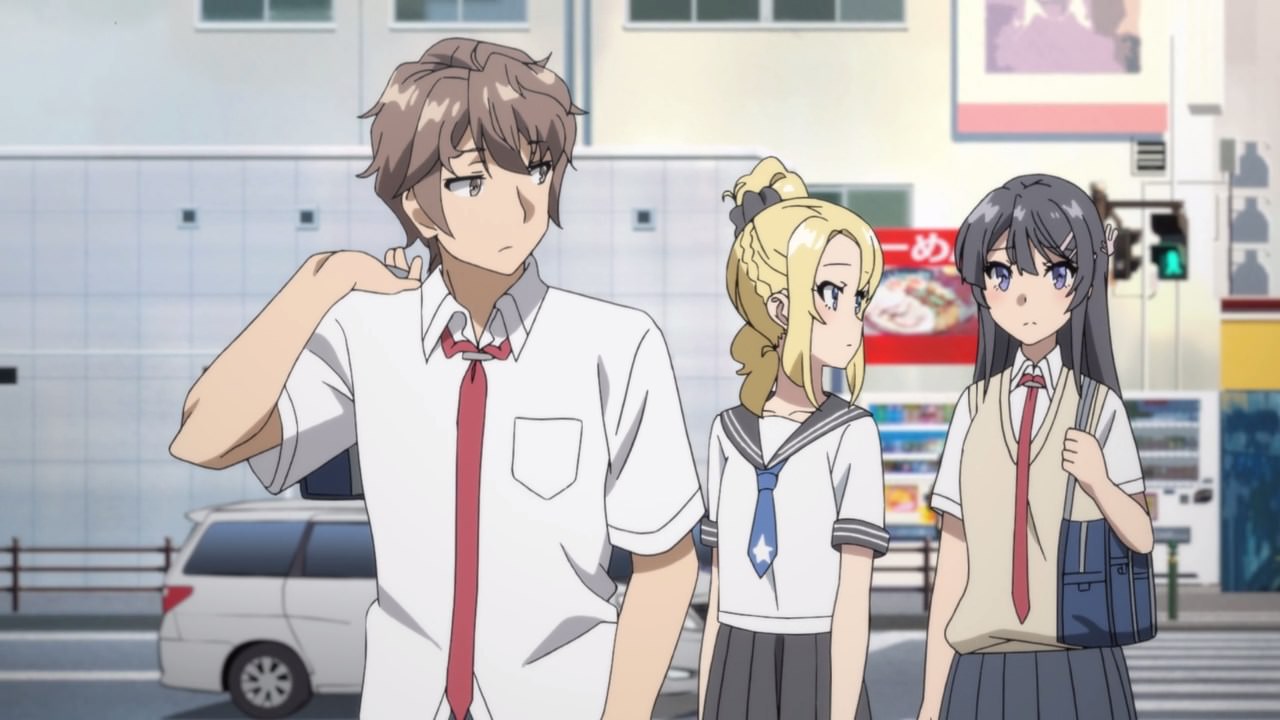 With that said, there’s more than just being half-siblings as it turns out that both Mai-sempai and Nodoka are being used by their parents in a proxy war to see who’s better, with Mai’s mother letting her daughter join a troupe out of spite of Nodoka’s parents.

Of course, Mai Sakurajima is no longer part of her mother’s agency due to that infamous gravure photoshoot but then again, I blame their father for this proxy war due to his insensitivity towards his daughters’ feelings. 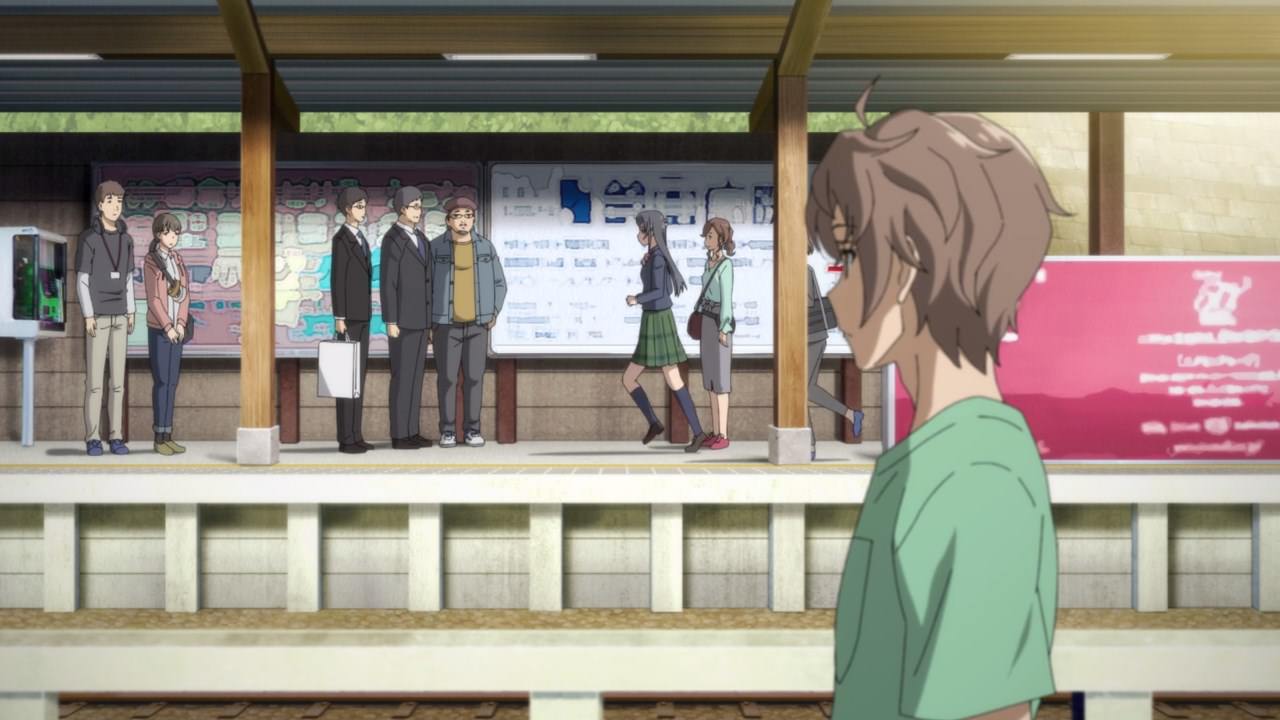 But let’s talk about Nodoka Toyohama as she’s idolizing Mai Sakurajima due to her amazing presence in the showbiz apart from respecting her as a half-sister.

Of course, Nodoka’s soul is inside Mai’s body at the moment and while she’s happy that she can live the dream of her idol, it’s very complicated. 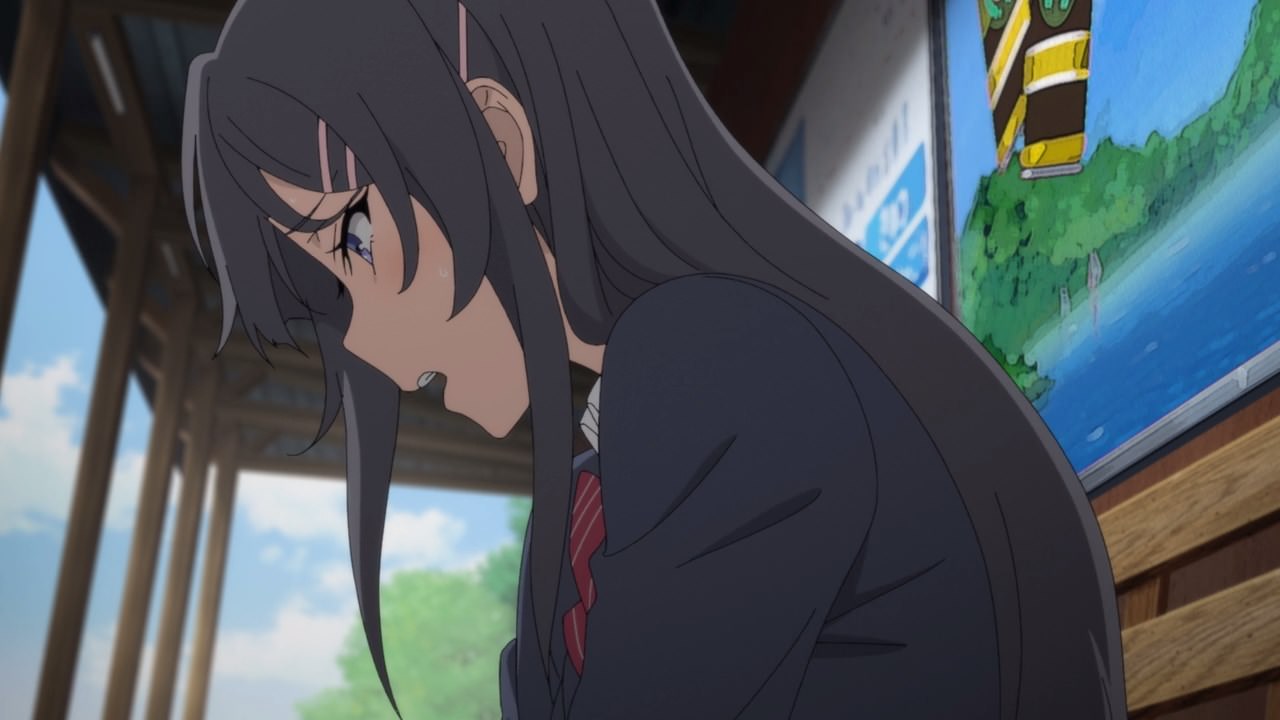 And here’s Nodoka Toyohama, who is acting in a commercial but she’s hyperventilating due to pressure… 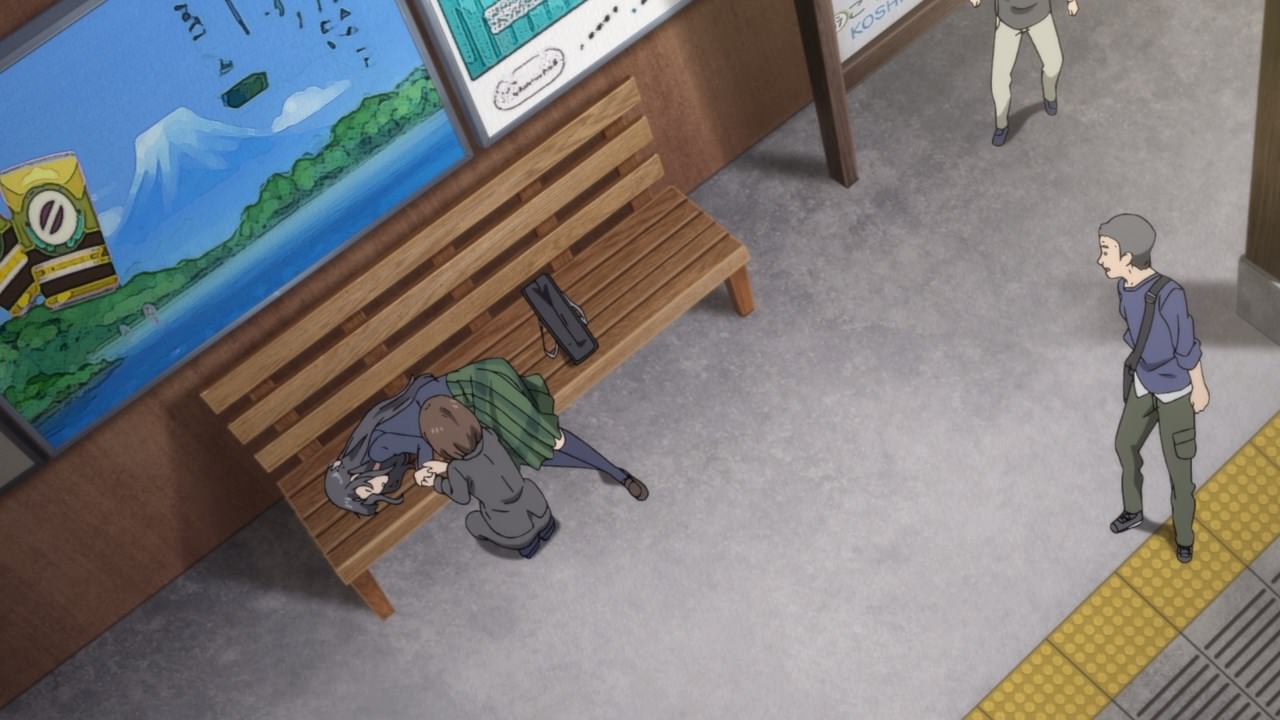 …until Nodoka collapsed. While the camera crew managed to resuscitate her, it’s sucks that the shoot will be cancelled.

But here’s the thing though as it turns out that despite her admiration, Nodoka Toyohama is somewhat jealous towards Mai Sakurajima that she’s having inferiority complex over her idol. Still, being Mai-sempai has put a lot of pressure towards Nodoka. 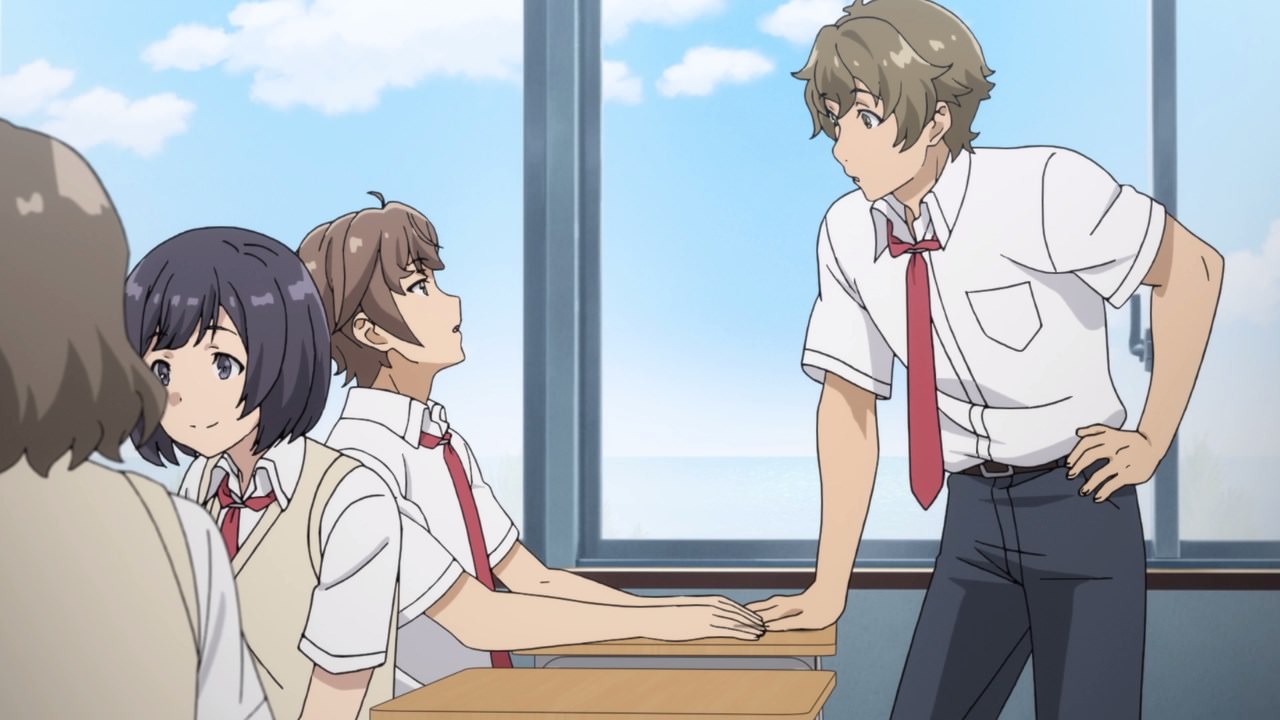 Let’s move onto Sakuta Asuzagawa as he vents his frustration towards Yuuma Kunimi that he can’t be with Mai-sempai. Poor Sakuta-kun… 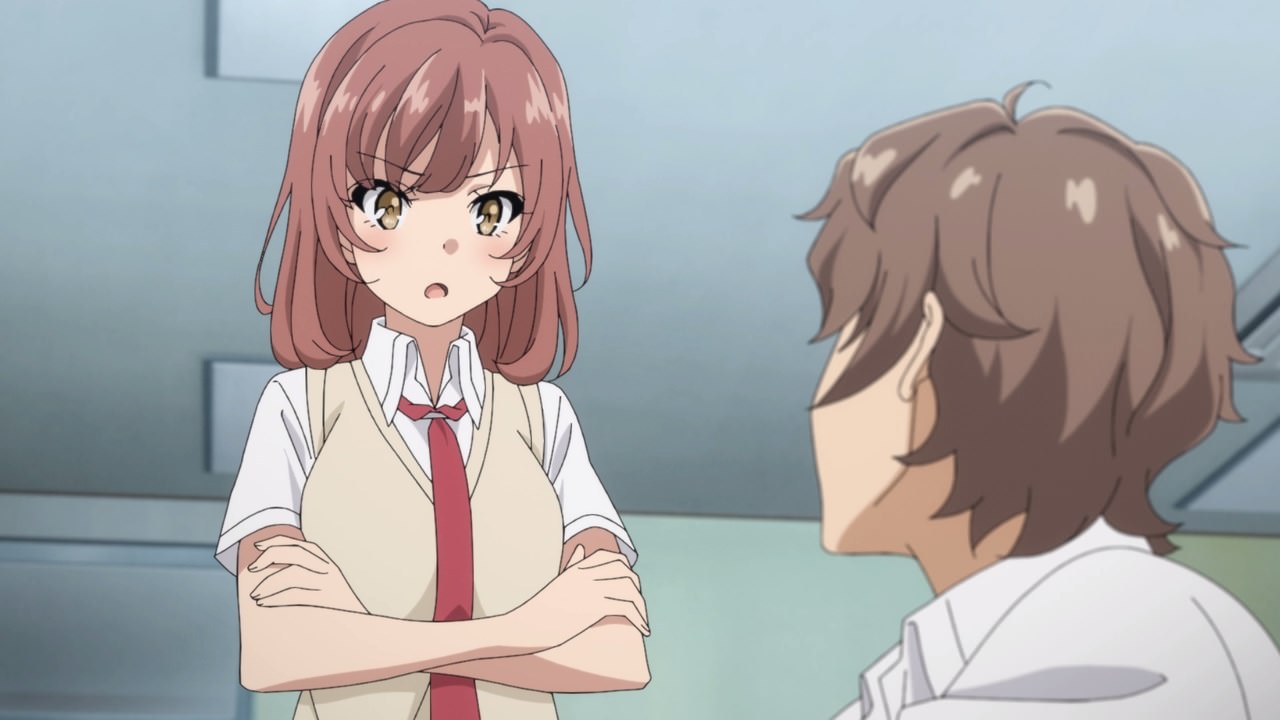 On the other hand, here’s Saki Kamisato who doesn’t like anyone talking to her Yuuma-kun. C’mon, she’s one clingy girlfriend.

Oh yeah, turns out that Saki has a big sister who just enrolled to a prestigious university in Tokyo. Of course, her parents pressure Saki to be amazing just like her sister, but it’s not easy chasing it and I have a feeling that Saki Kamisato might have an inferiority complex later in her life. 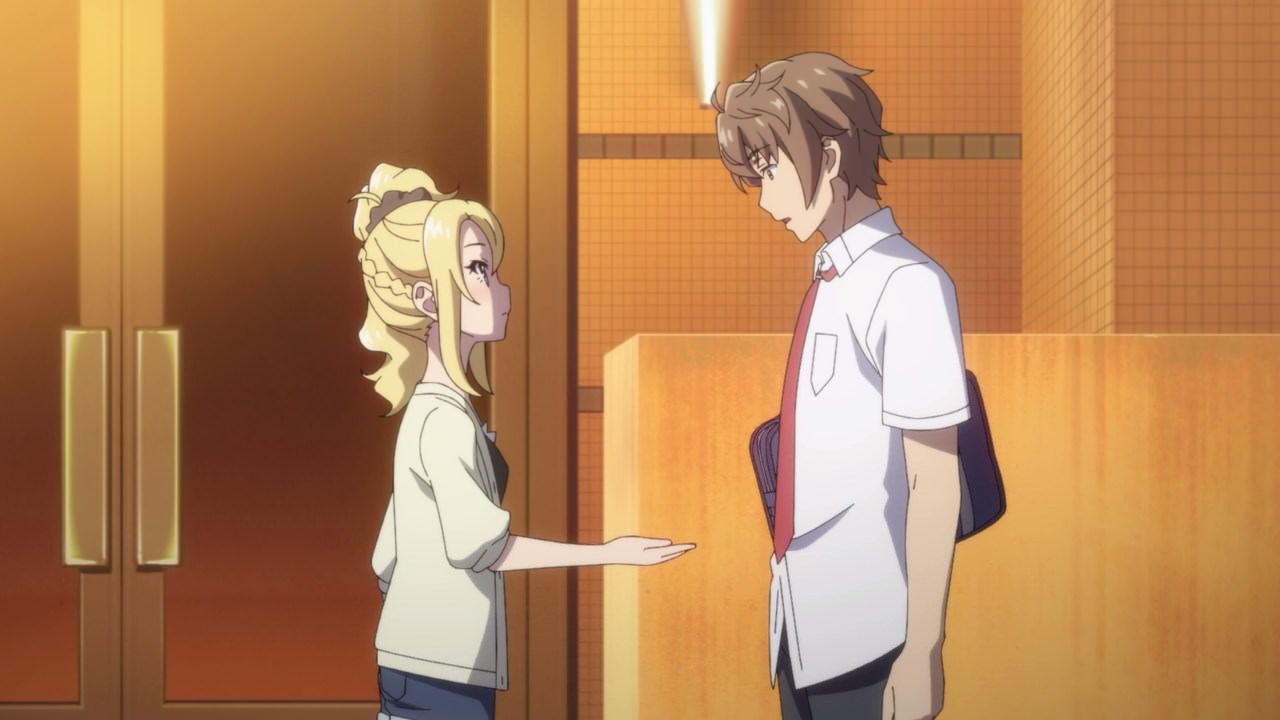 Now then, here’s Mai Sakurajima as she gave Sakuta Azusagawa the key to her apartment. Oh, and she warned Sakuta not to get his hands on her half-sister nor check her private stuff in her closet ’cause it’s bad!

Anyways, looks like Nodoka Toyohama will be stuck as Mai Sakurajima for the time being as she’s having trouble adjusting her current life as one of the popular child actresses across Japan. 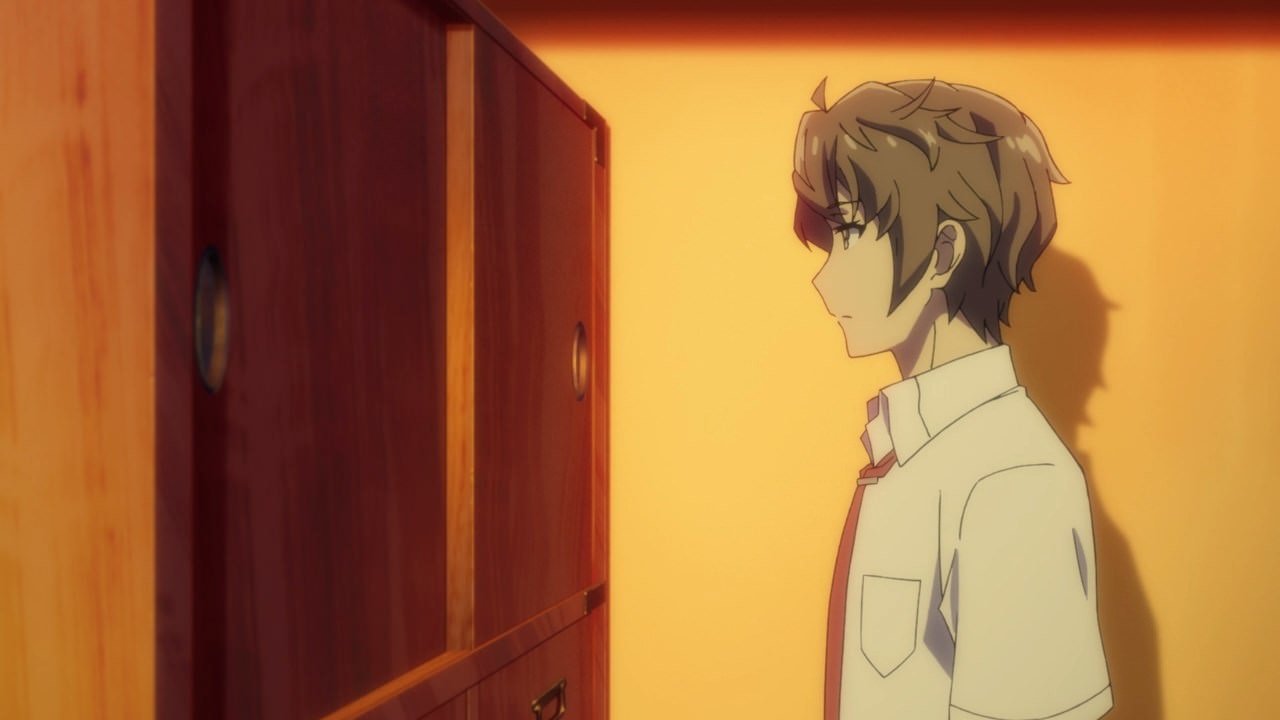 And one more thing, seems that Sakuta Azusagawa ignore his girlfriend’s warning and decided to check her closet for clues on why Nodoka and Mai-sempai switched bodies in the first place. With that said, I’ll see you next time!