Posted on December 2, 2018 by benigmatica 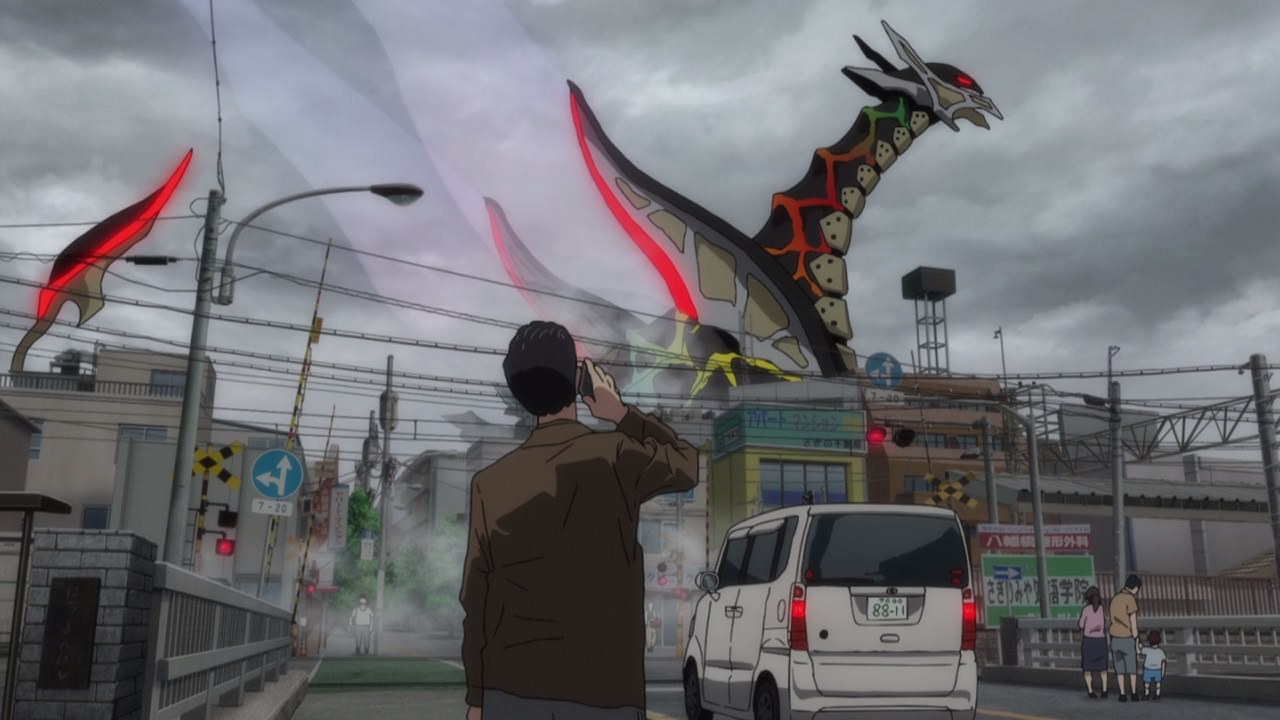 We’re getting closer to the finale as the town of Tsutsujidai is being threatened by another kaiju. And this time, it’s no longer covered in mist as Akane Shinjou’s creations is starting to appear in front of everyone.

But you know what, it’s time for the hyper agent to take care of this kaiju and save this town. Then again, where’s Gridman? More importantly, where’s Yuuta Hibiki? 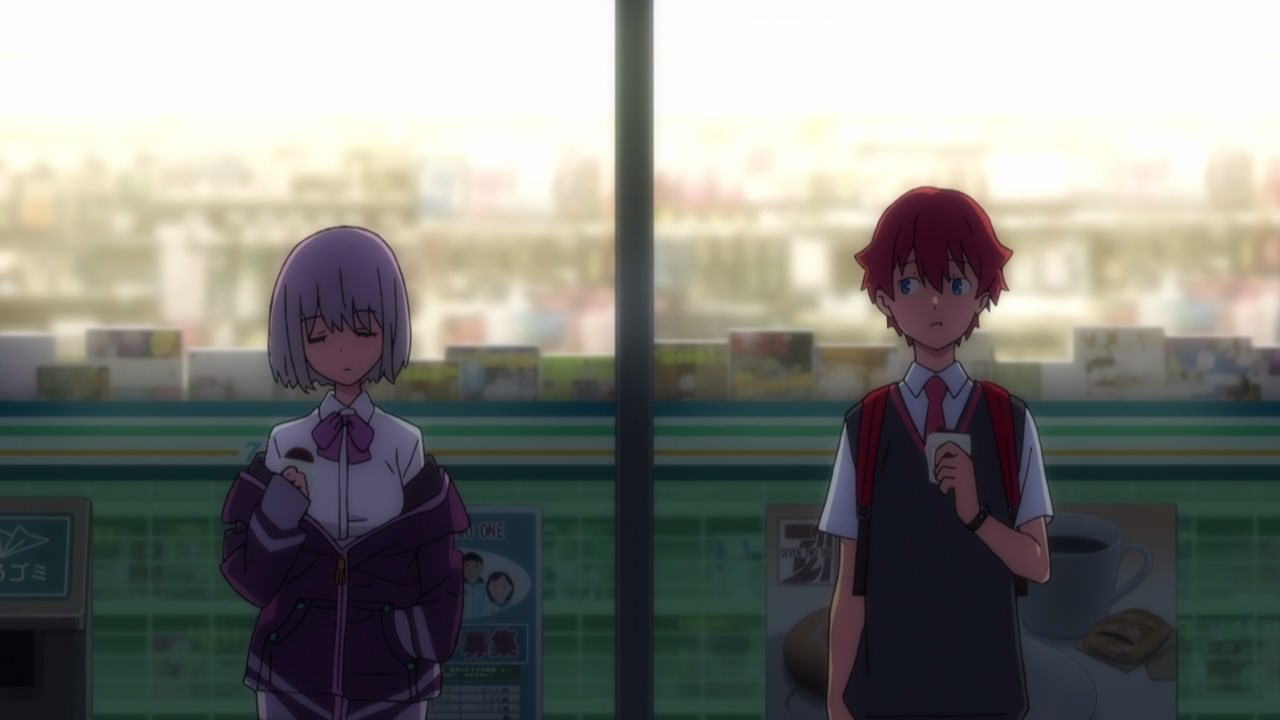 Oh, seems that Yuuta Hibiki is spending his time with Akane Shinjou? Come to think of it, this scene is somewhat familiar… 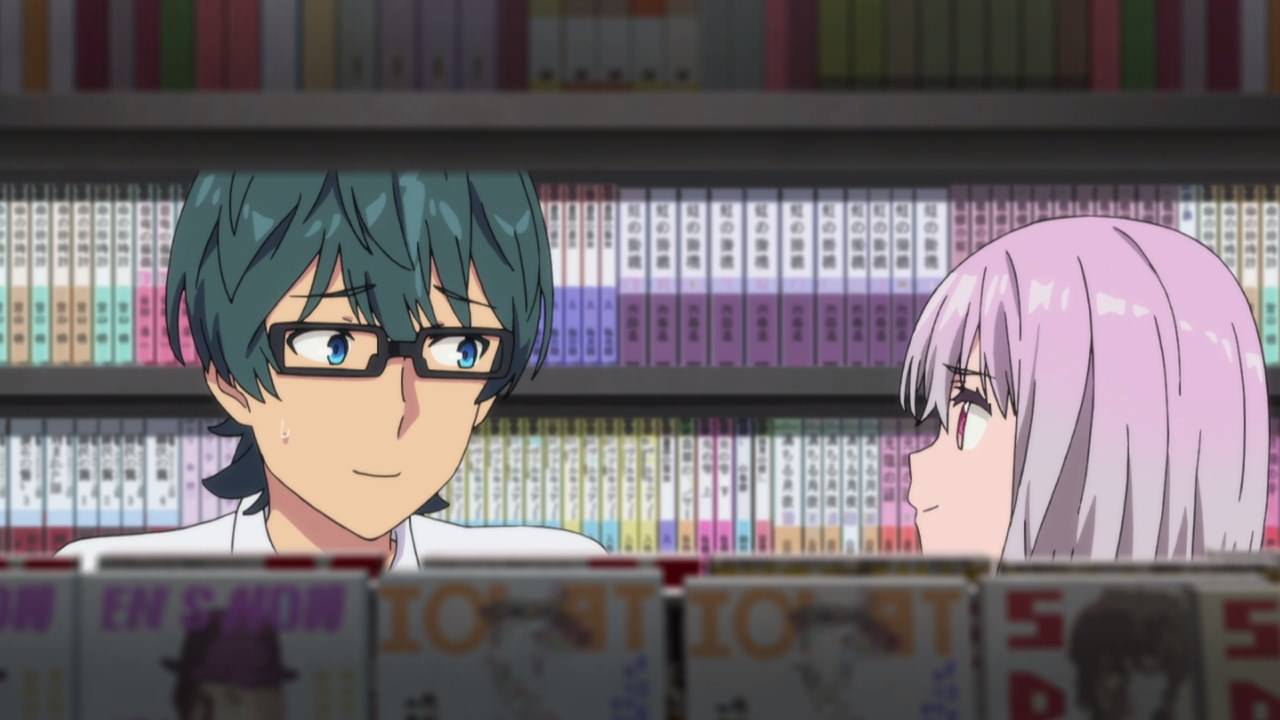 But let’s move onto another scene where Shou Utsumi went to a book store since he’s currently attending a memorial service, until Shou bumped onto Akane where she showed him how awesome kaiju is.

First of all, how did Akane went from one place to another? Oh wait, she’s a goddess! 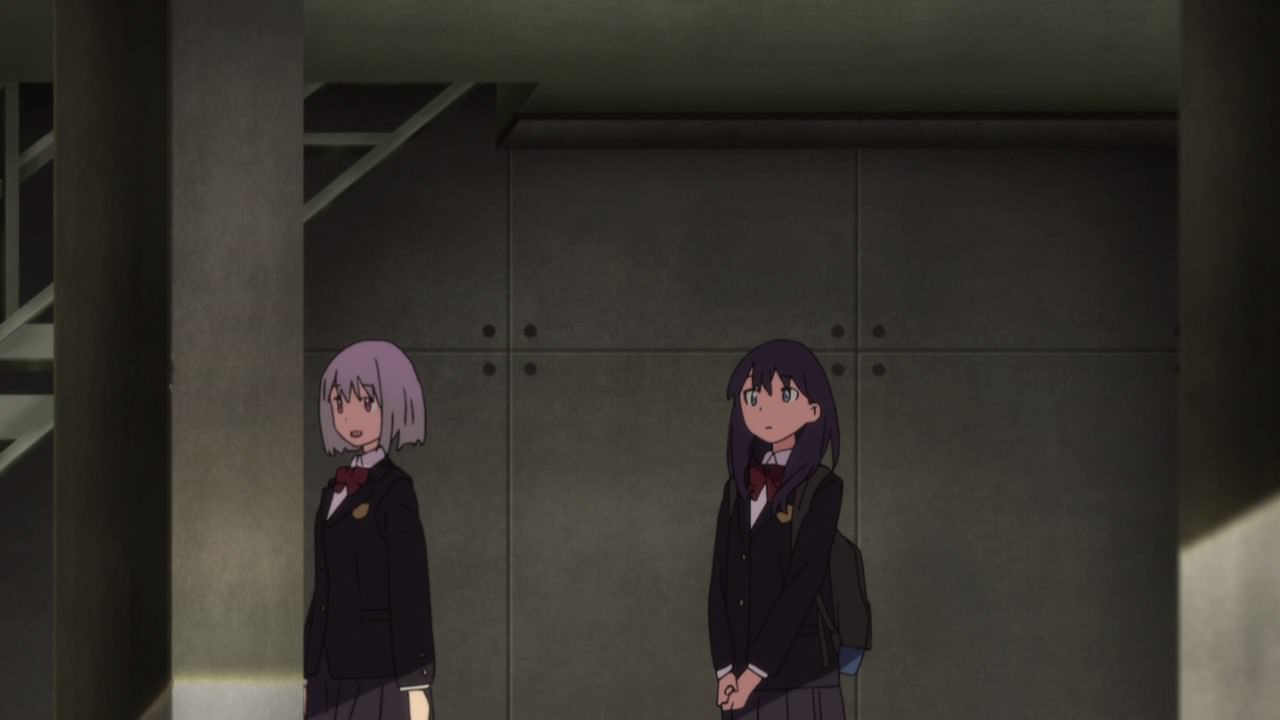 However, the weirdest part is when Akane Shinjou invited Rikka Takarada to her mansion where Akane told her friend that she’s living by herself.

Oh and as for her parents, they went to a business trip… or should I say that they didn’t exist to begin with. 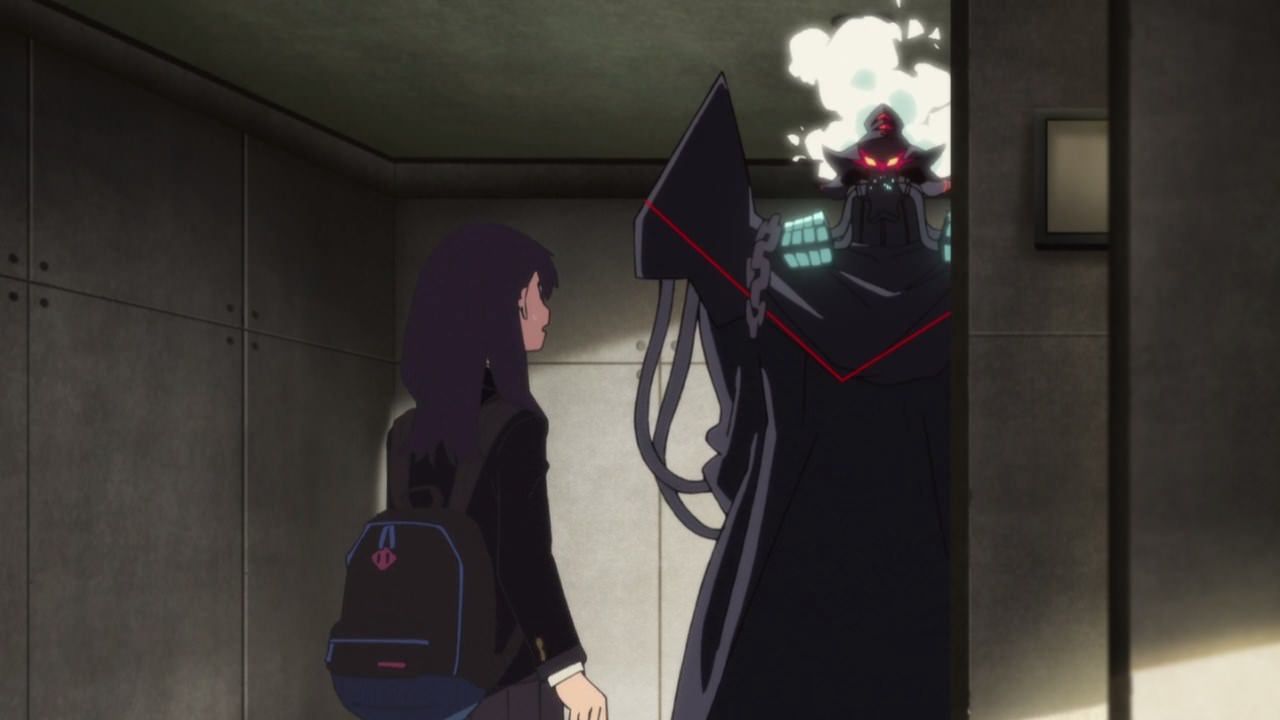 Also, Alexis Kerib is here at Akane’s place as he nonchalantly enters the mansion, which Rikka felt surprised that this alien became Akane’s guest. But then again, Alexis Kerib is the real villain and neither Rikka nor Shou knows about him.

But seriously though, what’s going on here? I mean, they have to defeat this week’s monster that’s terrorizing Tsutsujidai at the moment! 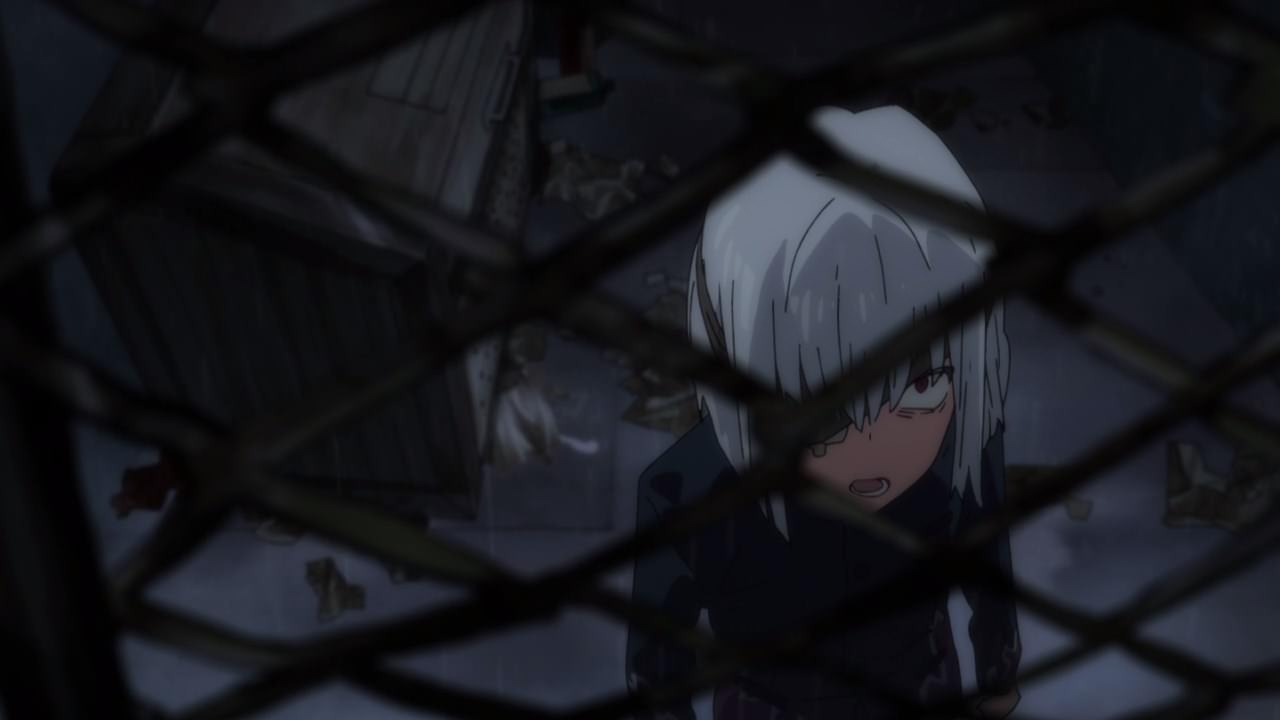 Oh yeah, here’s Anti as he saw the kaiju destroying the town and Anti expects Gridman to arrive so he can kill the hyper agent. 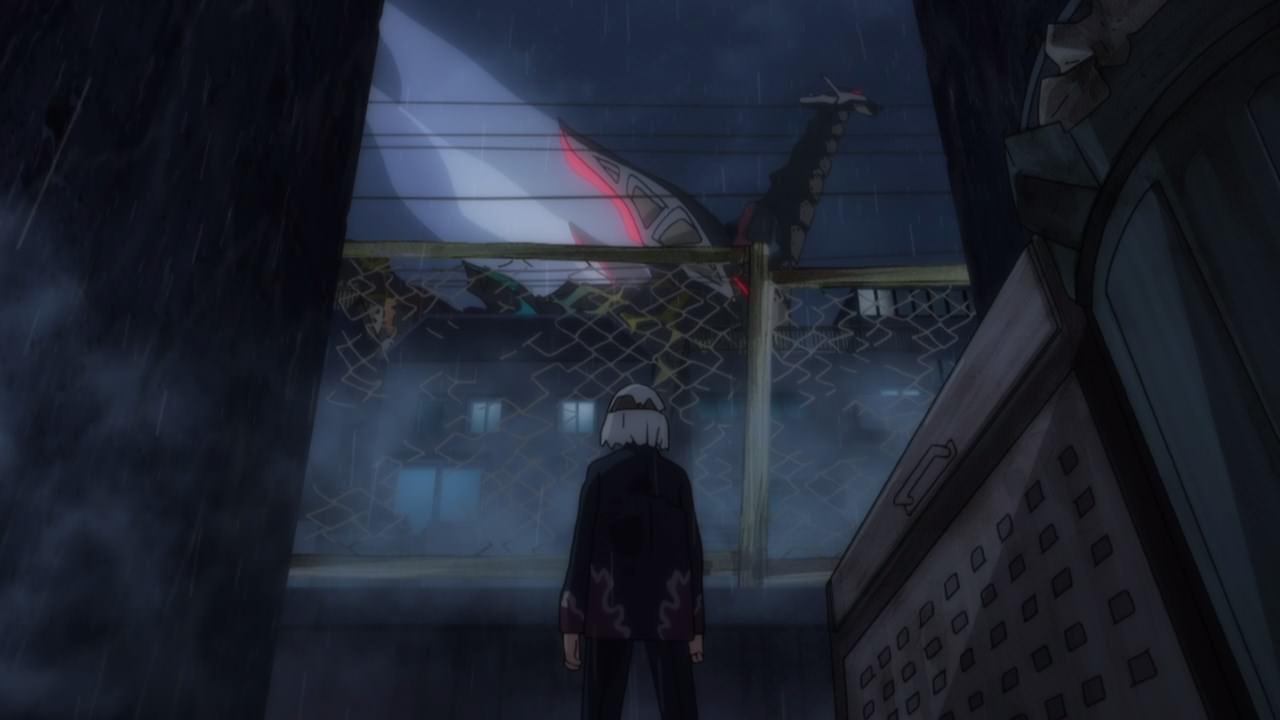 Unfortunately, Gridman won’t arrive in the real world and really, Anti can’t do anything at this point. Not even attempting to put a scratch on this kaiju as it doesn’t have a physical form.

Now then, where’s Yuuta Hibiki and his friends when the people of Tsutsujidai needed someone to protect this town? 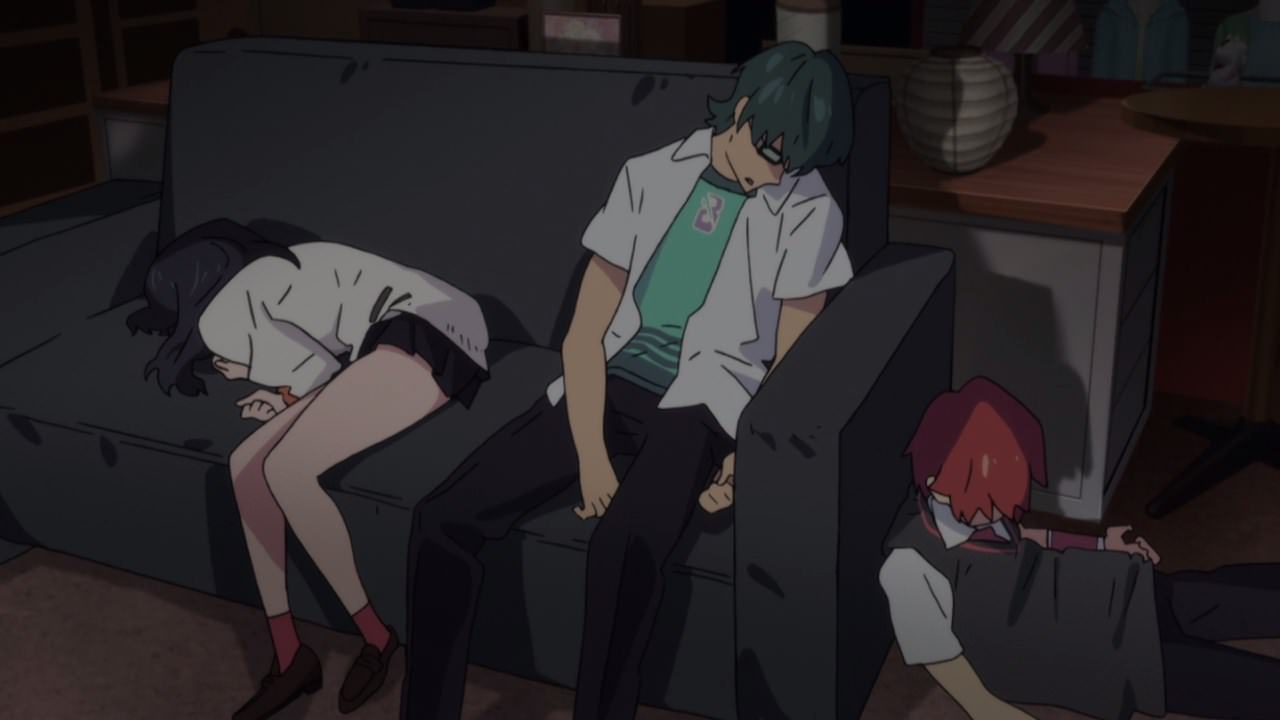 Well, here they are as it turns out that they’re sleeping, unable to wake up as Yuuta and his friends are currently dreaming.

Oh, and it turns out that this week’s monster is the one doing it so that they’ll remain trapped in their dreams forever. 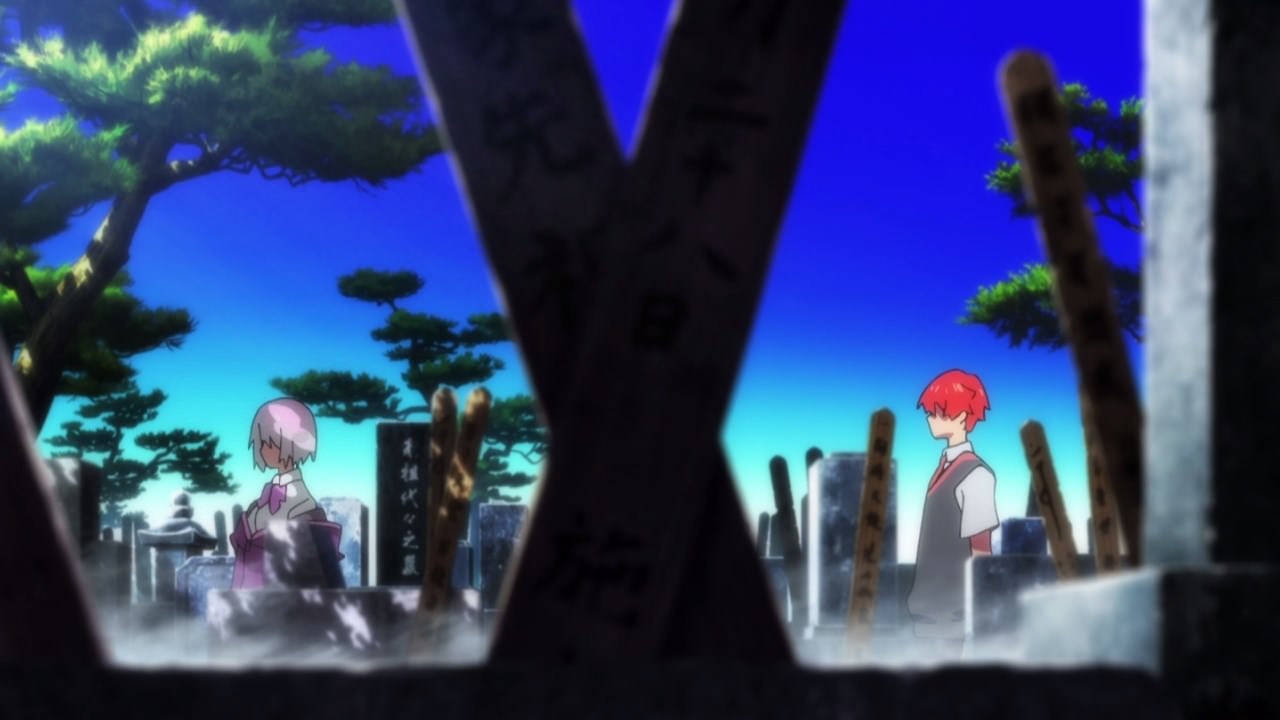 Moving back to Yuuta Hibiki as he’s transported to a cemetery together with Akane Shinjou. Of course, he doesn’t know that Yuuta is stuck in a dream for all eternity. 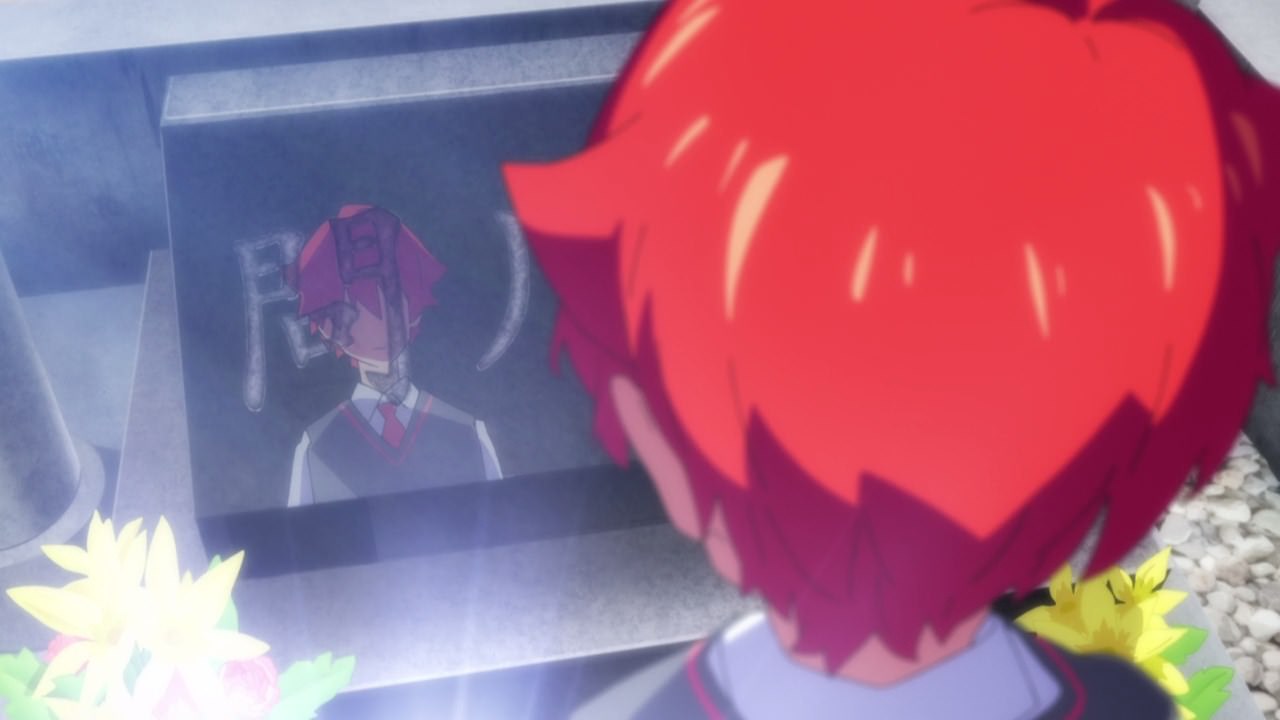 Until he saw a grave of Tonkawa in which Yuuta Hibiki realized that he has a mission to accomplish. First by regaining his memories, second is saving Tsutsujidai from a kaiju threat. 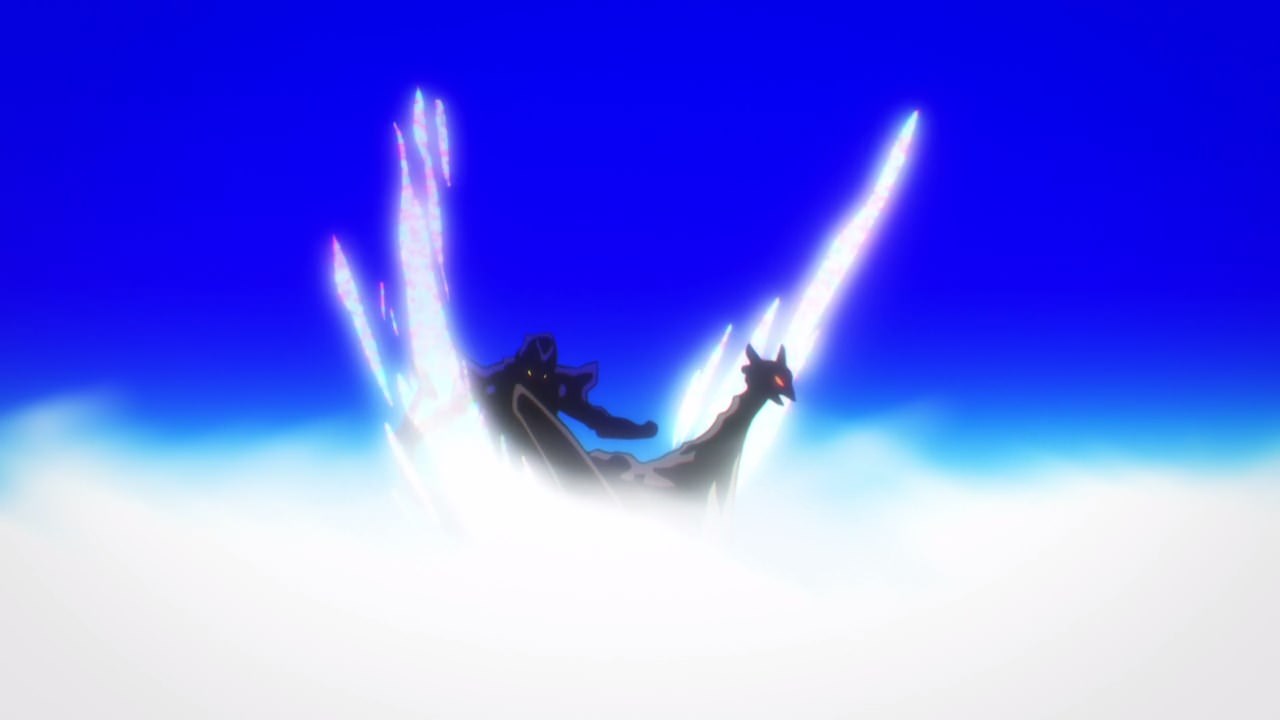 Well, here’s Gridman as he went to the dream to take out the wings from this kaiju so that Yuuta and his friends can wake up from their dreams. 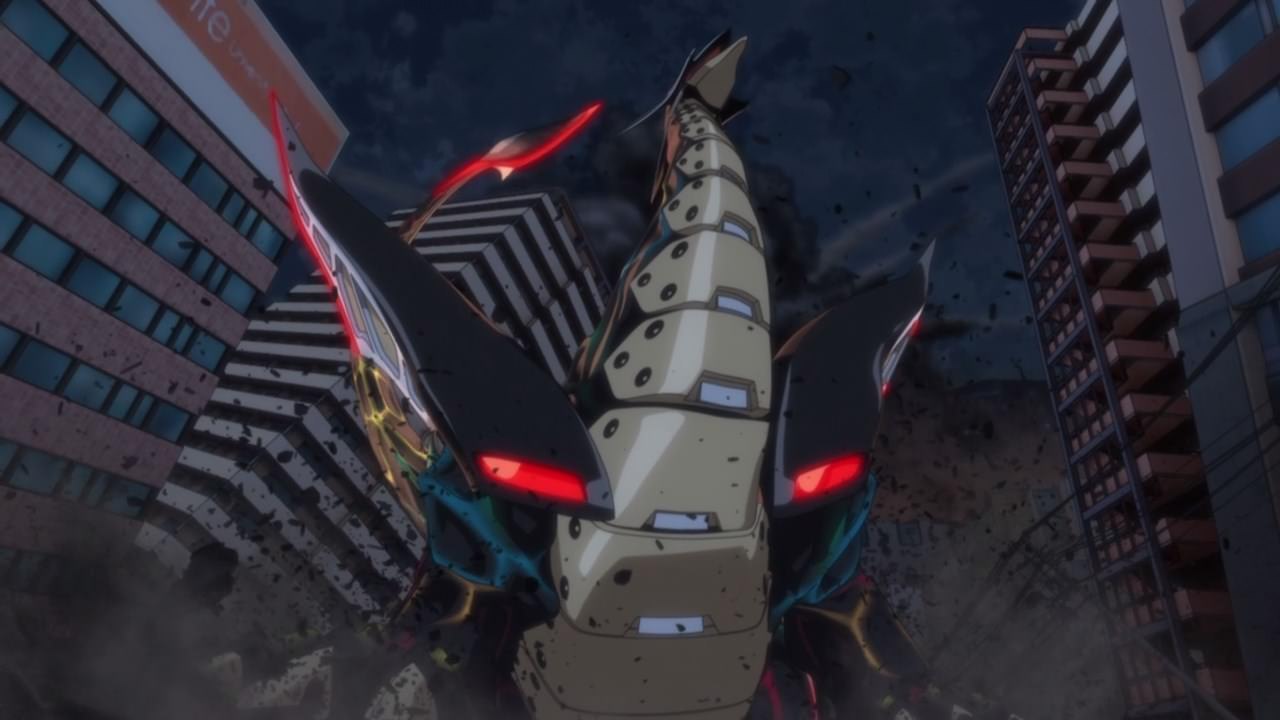 But of course, this monster is now materialized in the real world once Gridman takes those wings out. Well, looks like the hyper agent can finally defeat this kaiju. 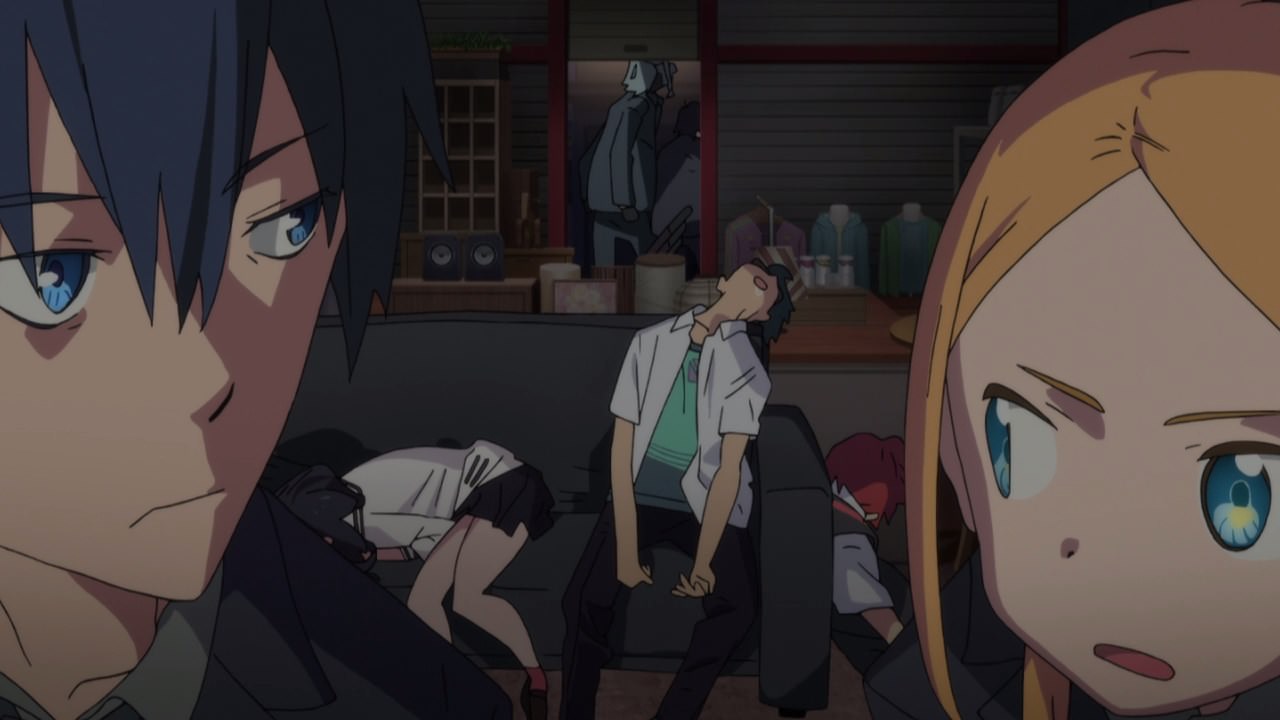 Still, there’s no sign of Gridman and it seems that Yuuta and his friends remained sleeping. That annoys Borr much as he wants Yuuta Hibiki to transform into Gridman.

But you know what, I think it’s time for Neon Genesis Junior High School to save the day without Gridman. 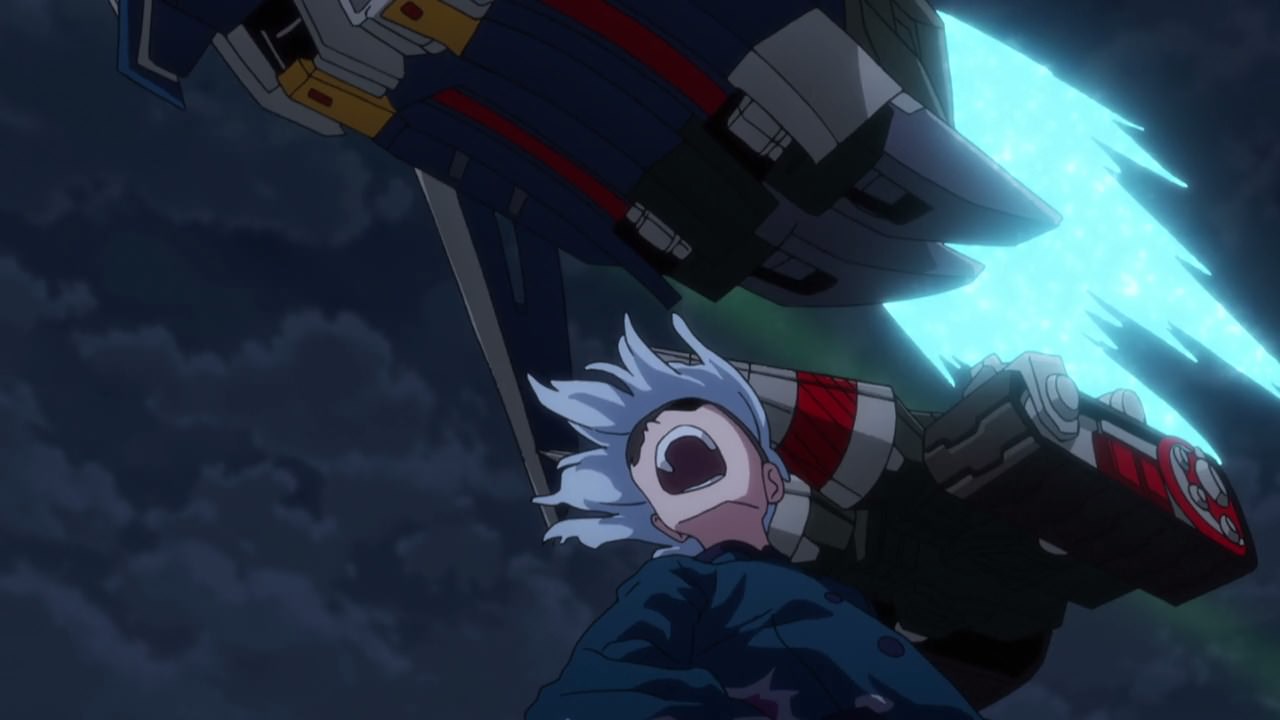 Thus, they transform into Assist Weapons and head out there to stop the kaiju. Oh and as for Anti? He expects Gridman to show up but nope, the hyper agent won’t appear in Tsutsujidai. 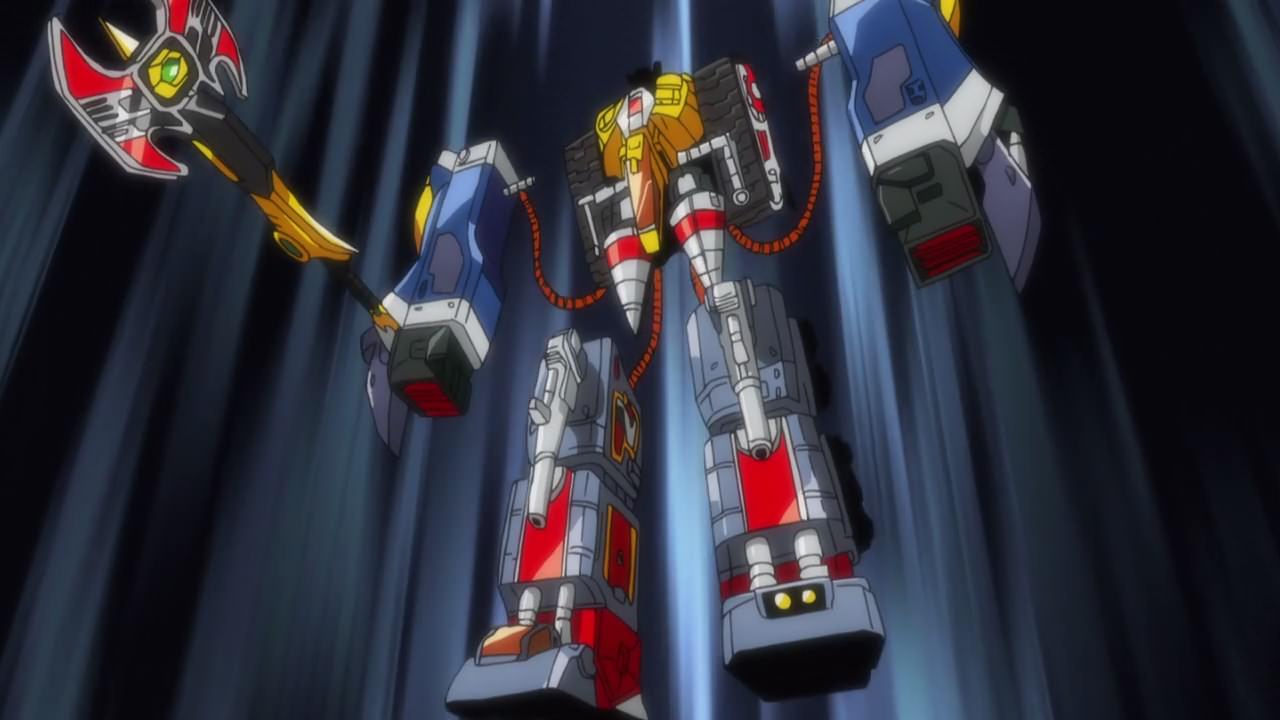 Regardless, time for the Assist Weapons to combine themselves into a giant robot without the hyper agent. And really, it’s time for Samurai Calibur and his crew to shine… 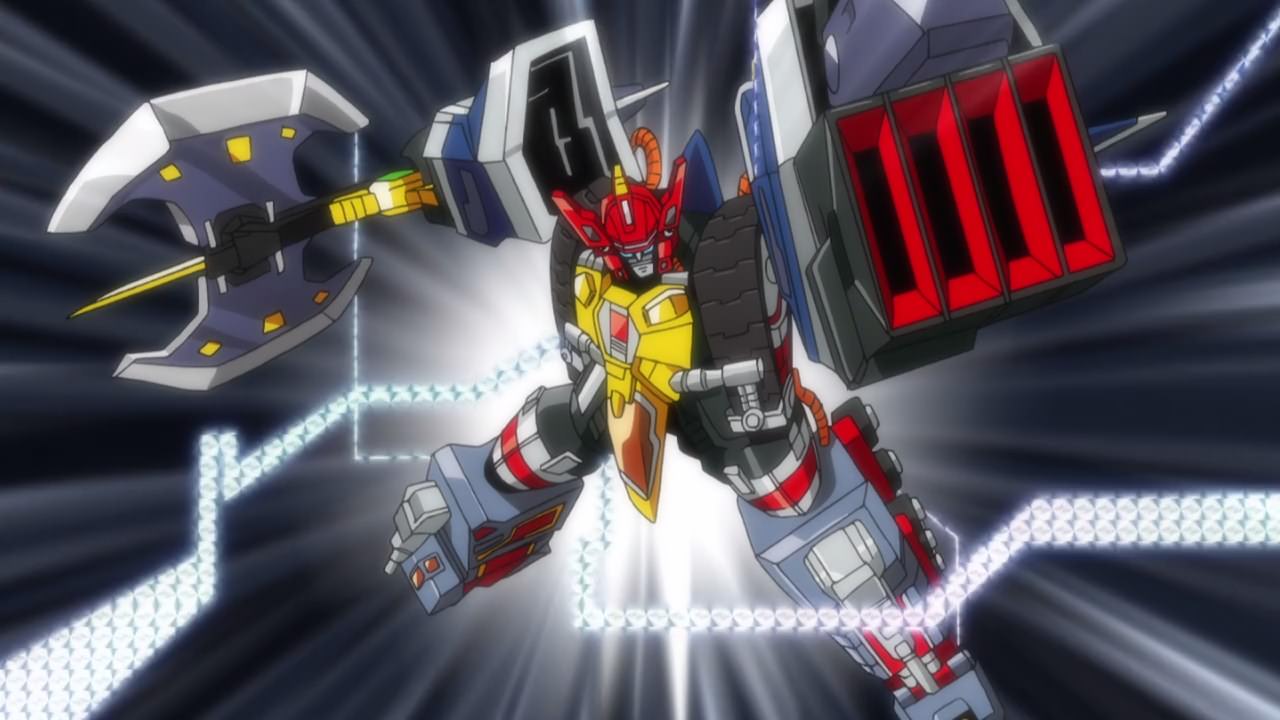 …by combining into Powered Zenon. Gotta say that it looks similar to Optimus Prime, given that the original God Zenon looks like one.

Then, Denkou Chojin Gridman was sponsored by Takara back in the day so it’s no coincidence that God Zenon and Powered Zenon bears resemblance to Optimus Prime. 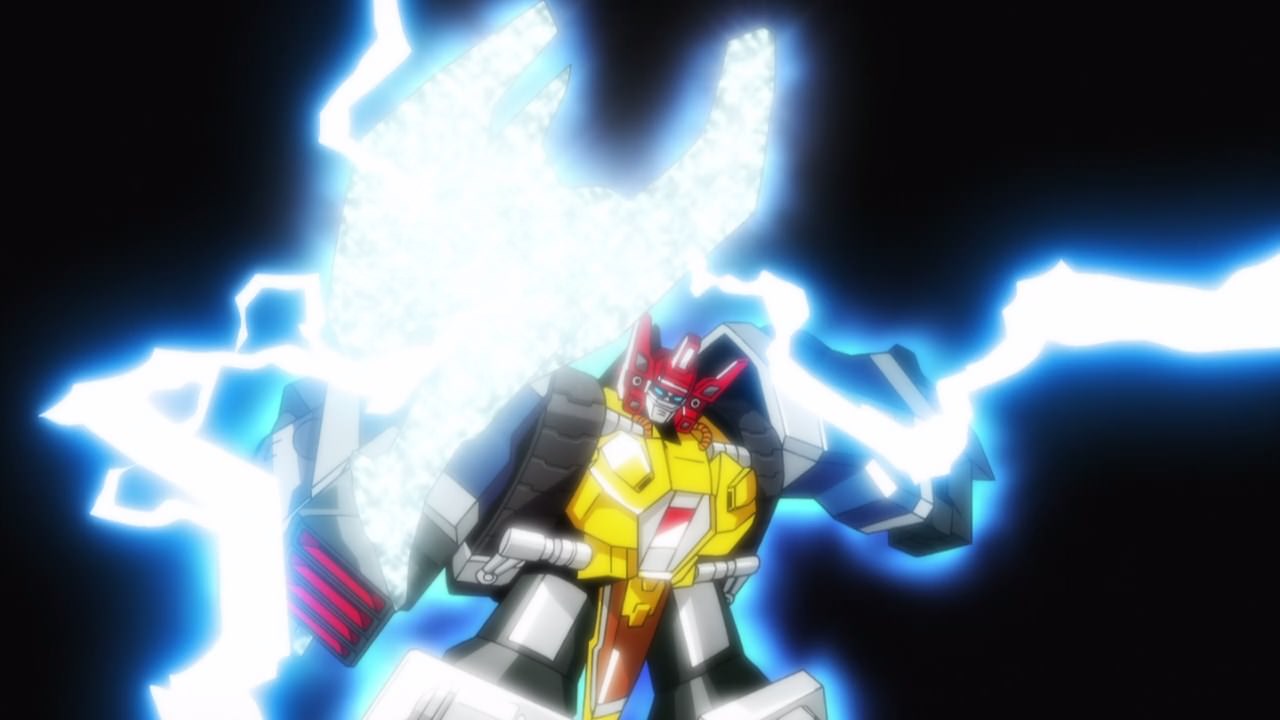 But anyways, time for Powered Zenon to wield its Powered Axe and perform its finishing move: Jumbo Saber Slash! 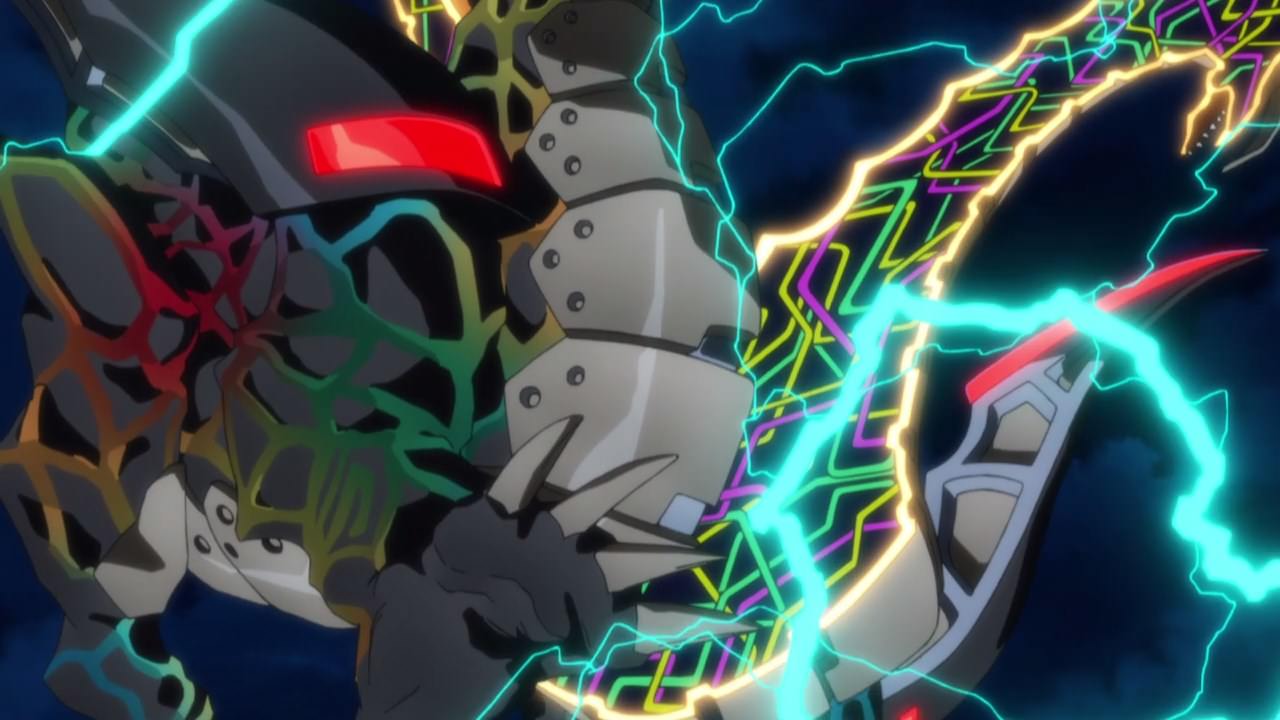 And as you can see, this kaiju is defeated by cutting it in half. Well, kudos to Neon Genesis Junior High School for saving the day! 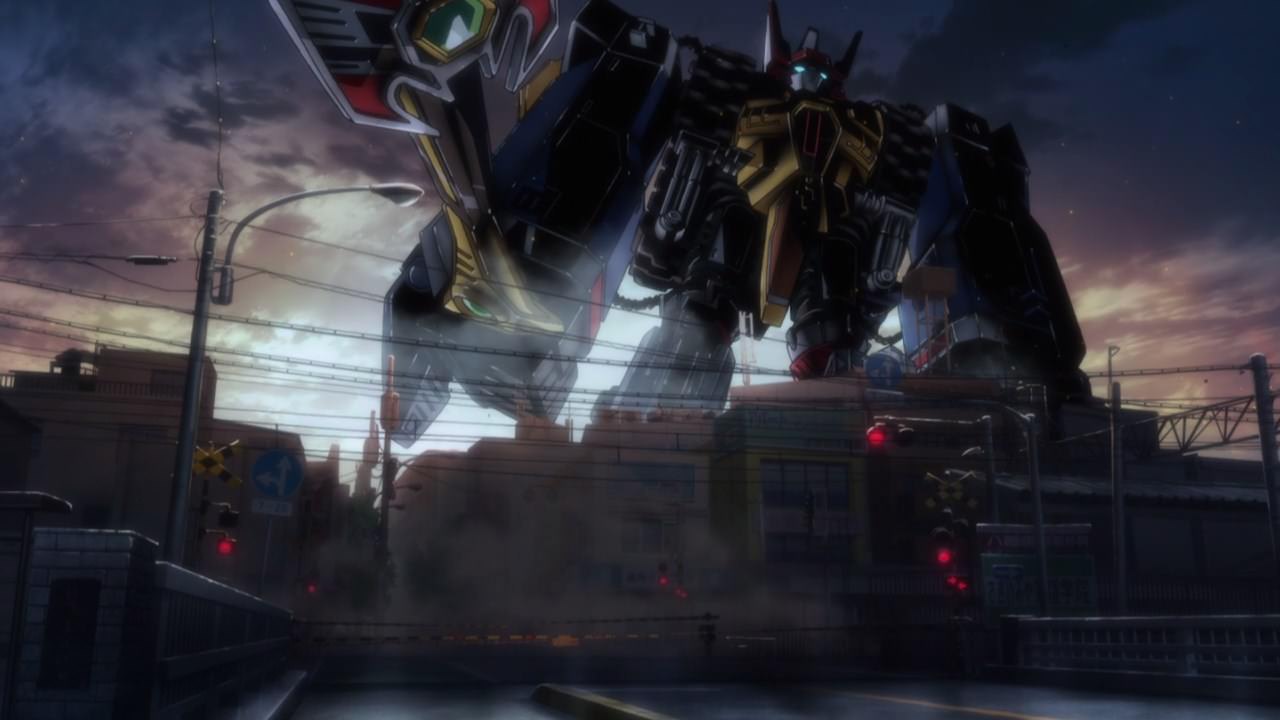 With that said, Tsutsujidai is saved yet again but let’s hope that Yuuta Hibiki and his friends will woke up from their dreams. 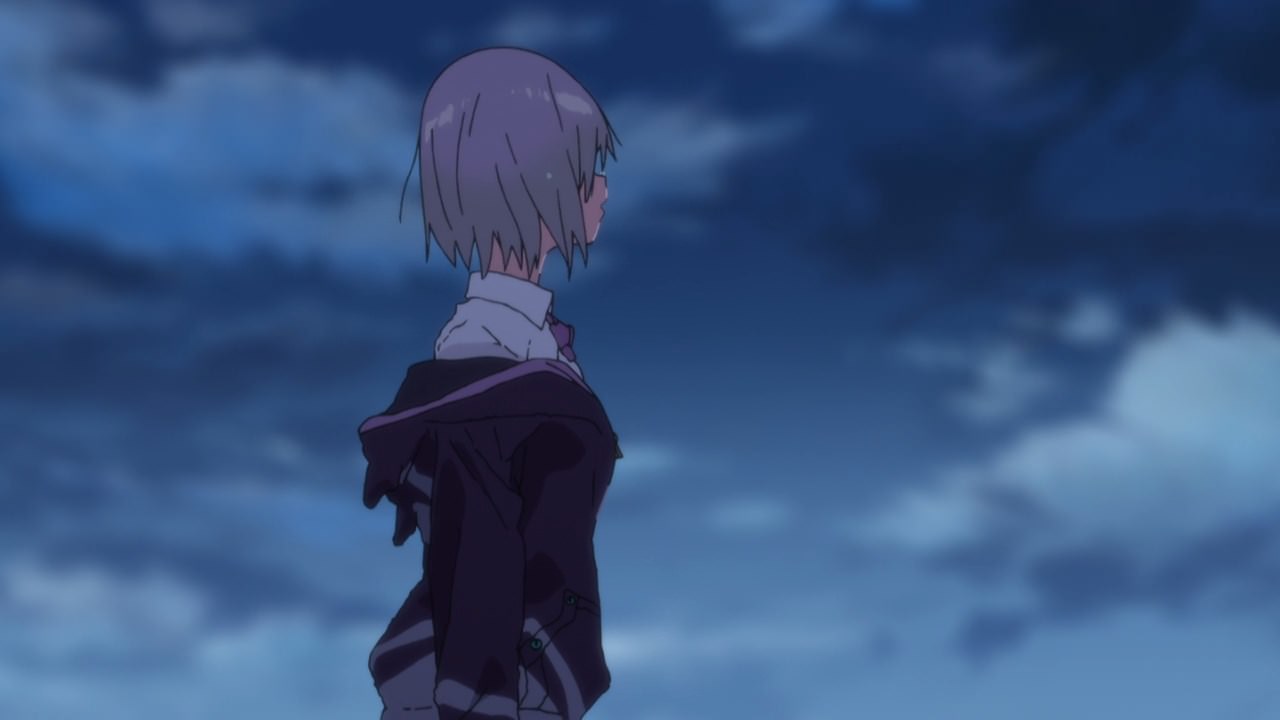 But as for Akane Shinjou, this latest defeat has lowered her spirit that Akane feels that there’s no point of stopping Gridman anymore. 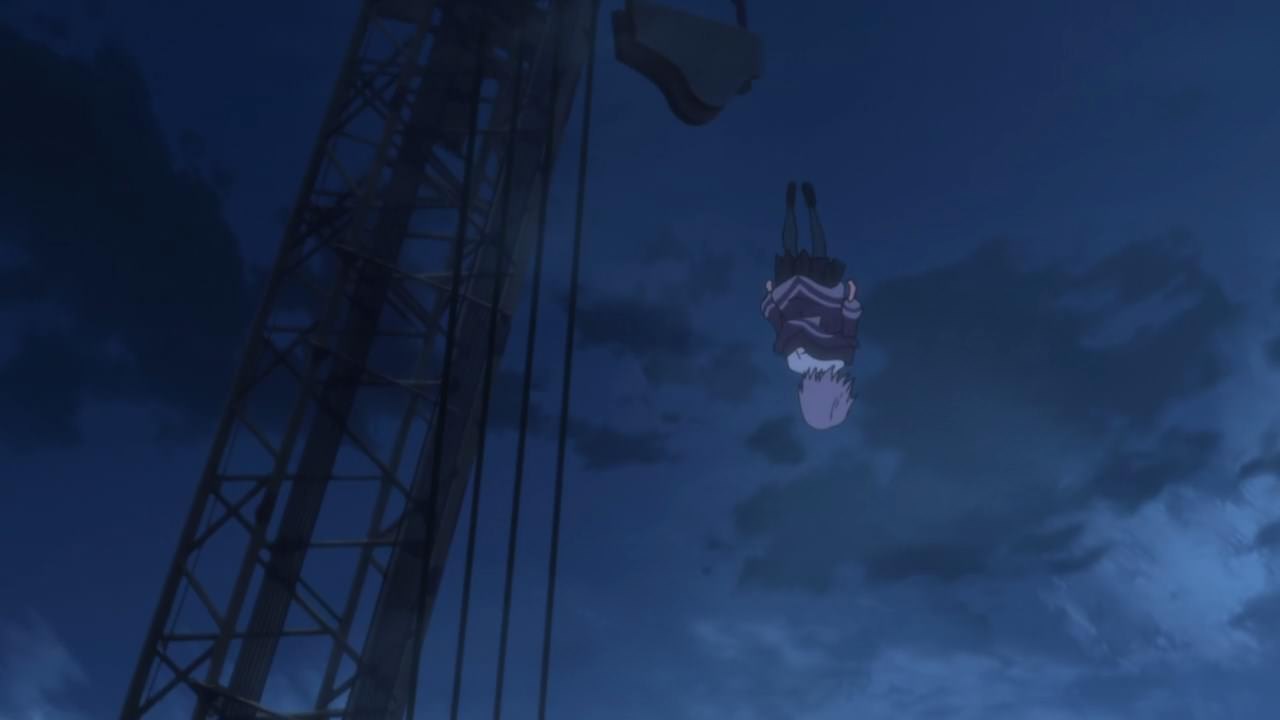 So, Akane decides to end her life right here. But then again, I don’t think commuting suicide will solve everything. 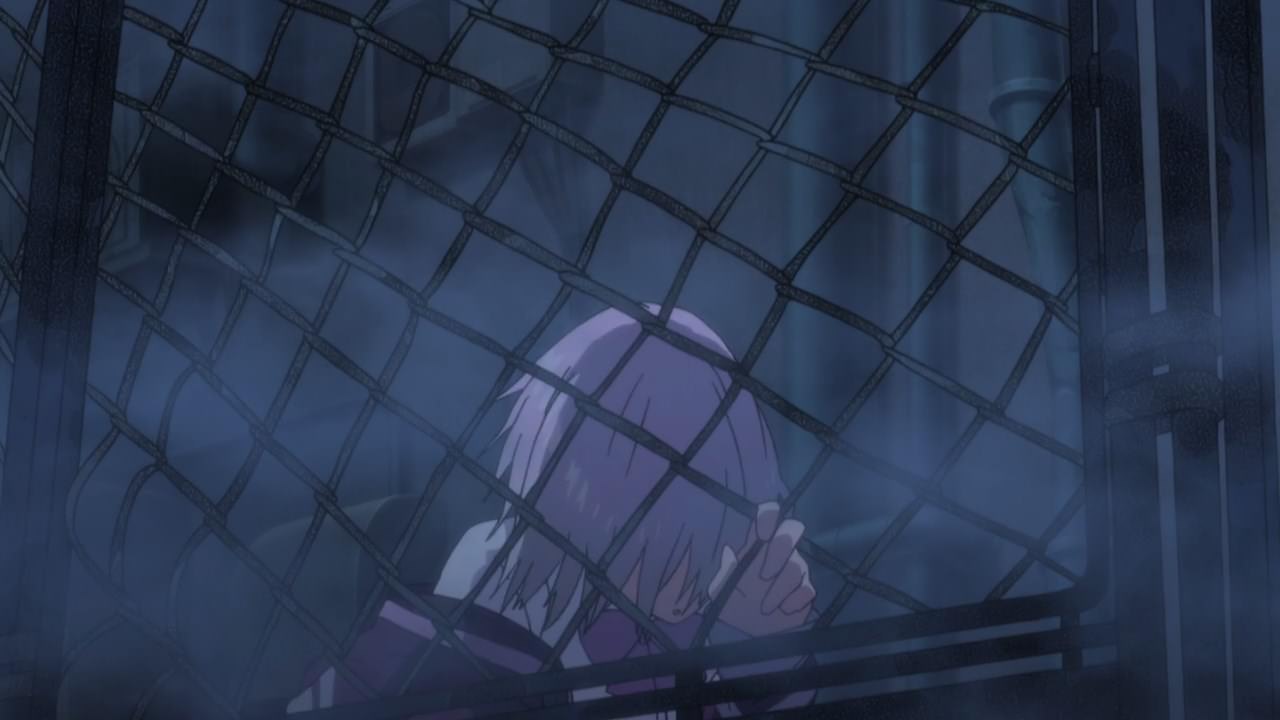 Fortunately for Akane Shinjou, she survived the fall but the thing is that this goddess has lost the motivation to maintain this world for much longer. 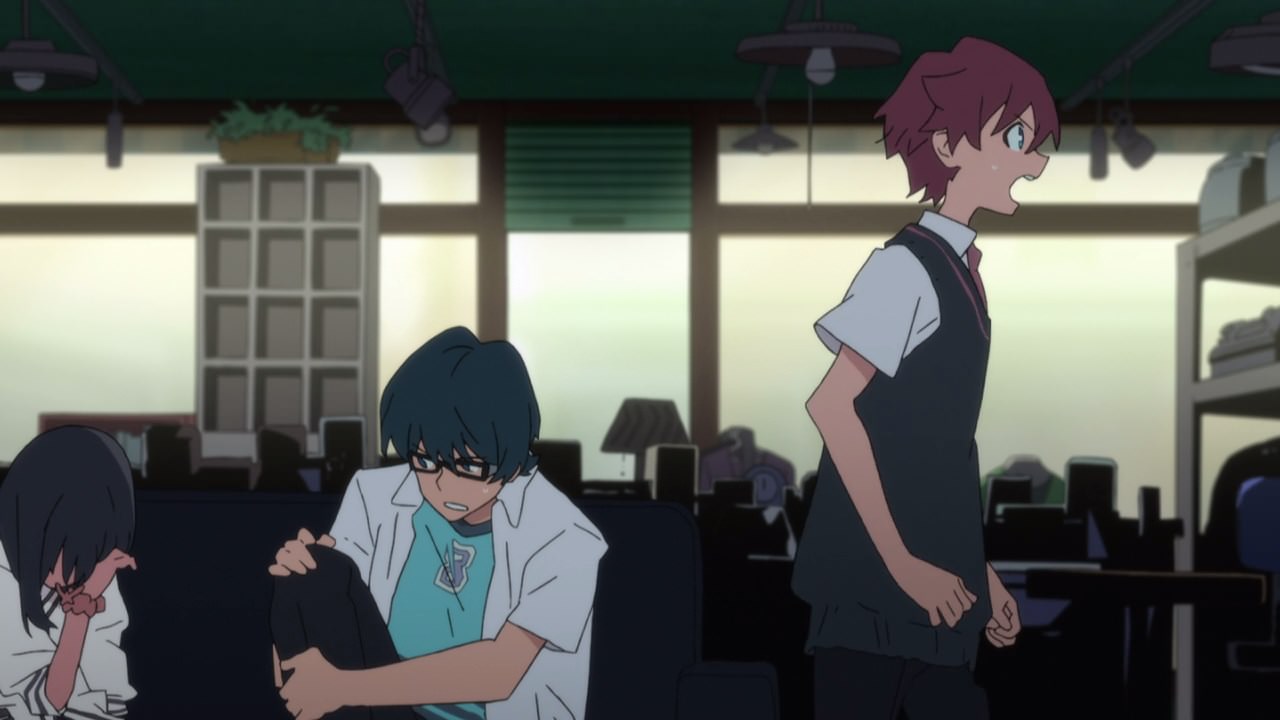 Meanwhile, Yuuta Hibiki and his friends have woken up from their eternal dream as Yuuta calls Gridman out to see if the hyper agent is alright. 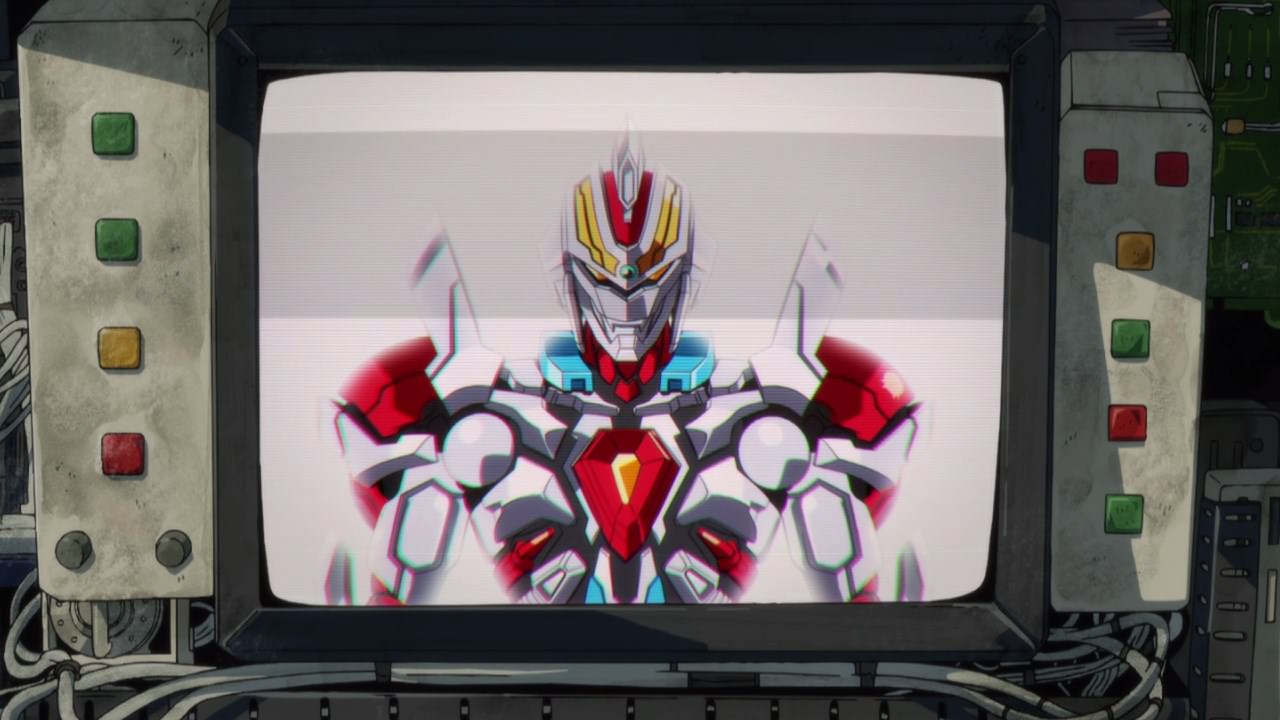 But as you can see right here, Gridman is fine as the hyper agent returned from the dream world. Still, I think it’s time to unravel the secrets within Tsutsujidai as Rikka Takarada is about to tell her friends the truth about this town.

Of course, we’ll save that for another episode and man, Episode 9 is the best one I’ve ever watched next to the previous one. Still with a few episodes left, I hope that Yuuta’s memories will return and uncover the truth is Tsutsujidai or not.