Posted on December 4, 2018 by benigmatica 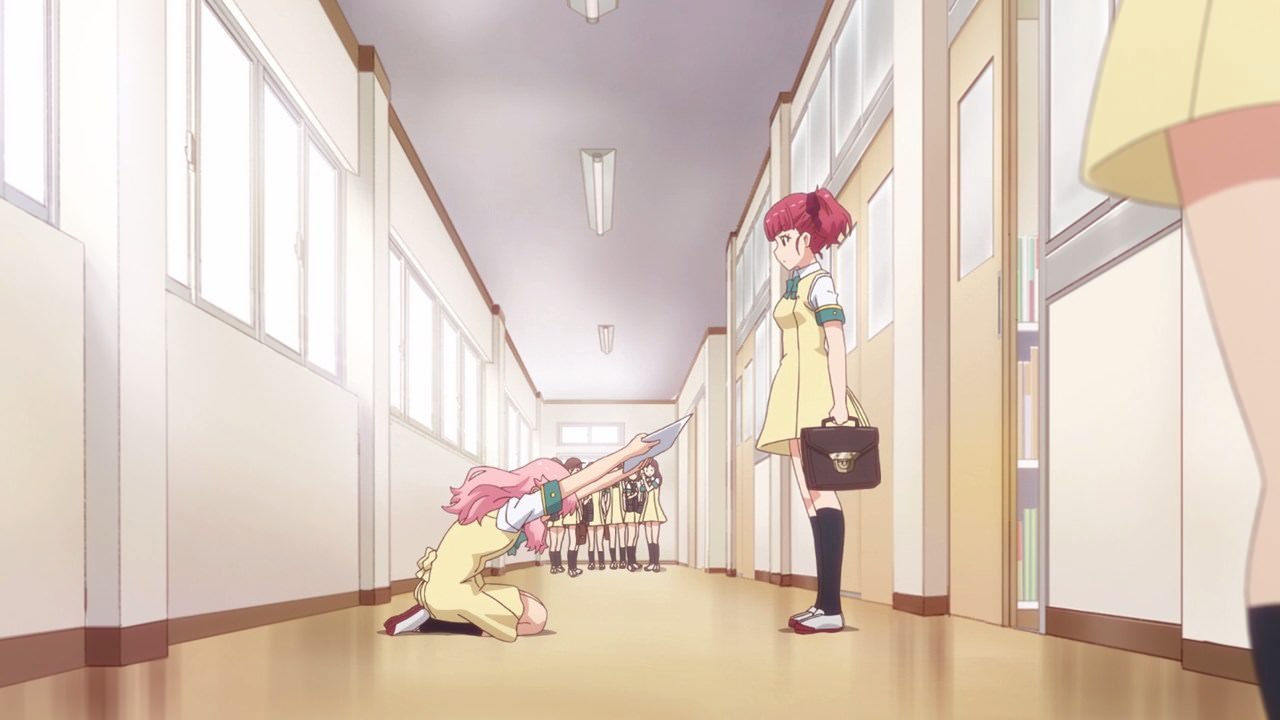 Well look what we have here, seems that Kohane Hatoya wants to recruit Kana Ushiku into their cheerleading association since she’s quite talented. Unfortunately, Kana refused to do so. 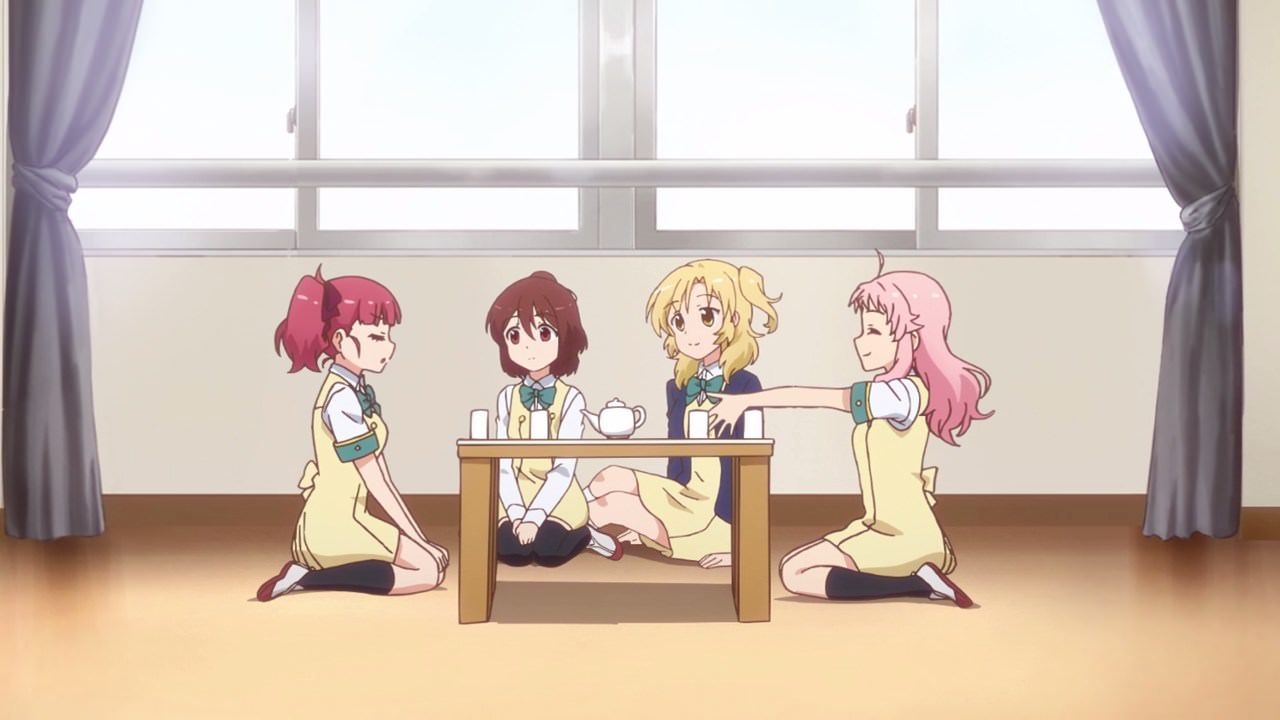 And yet, Kohane and the rest welcomed her anyway as they’re spending time drinking tea and relax. Still, Kana won’t join the cheerleading association since they’re not worthy towards Hizume Arima. 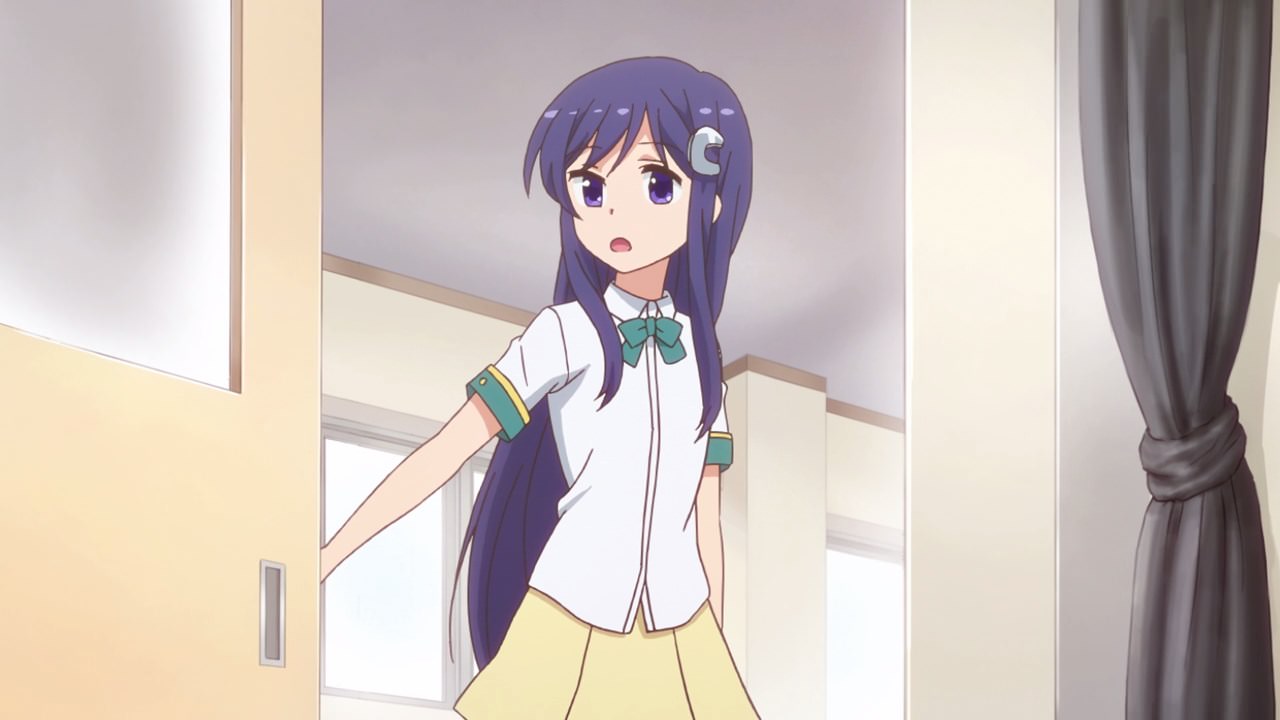 But when Hizume Arima arrived, the atmosphere changed as the club members got serious on training their bodies and honing their cheerleading skills.

Well, not quite since the likes of Kohane Hatoya and Kotetsu Tatejima are still sloppy. 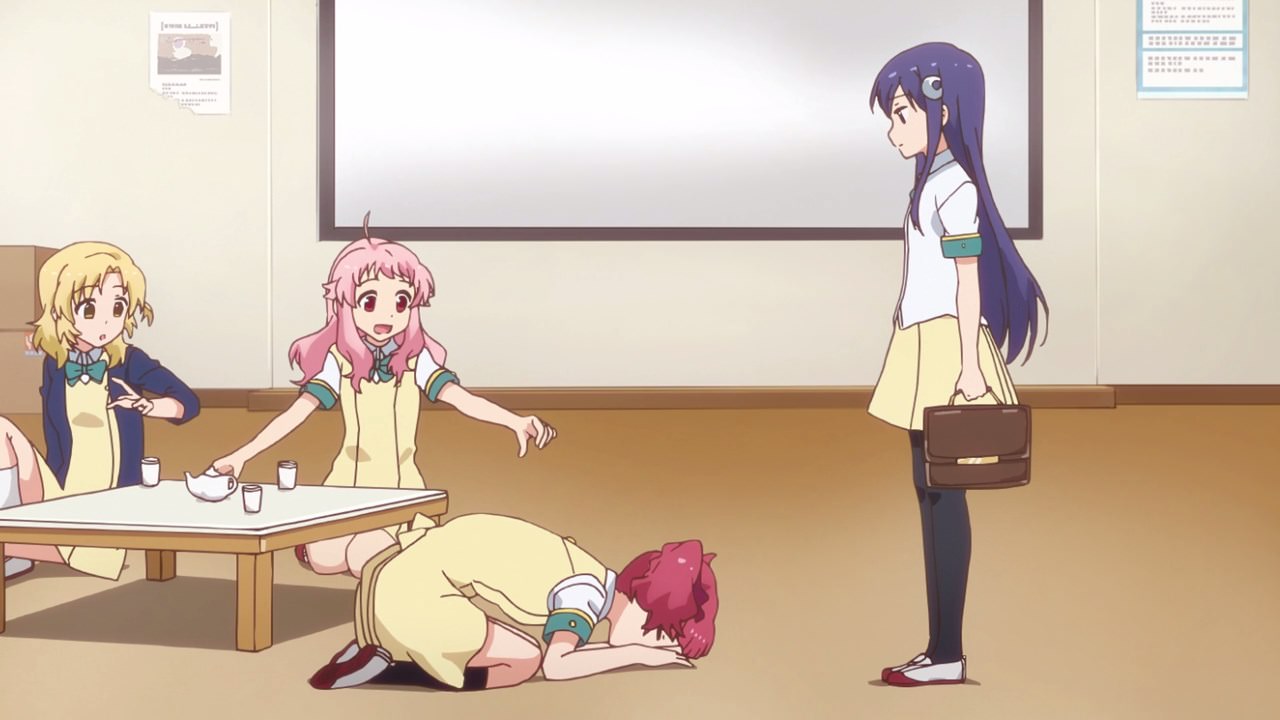 And as for Kana Ushiku? She joined the cheerleading association anyway because Ushiku idolizes Arima-sempai, even though they are in the same grade.

With that said, it’s safe to say that the cheerleading association has finally evolved into the cheerleading club now that it has 5 members. Hurray! Of course, they need a club president which they selected Hizume as the president. Anyways, we’re good! 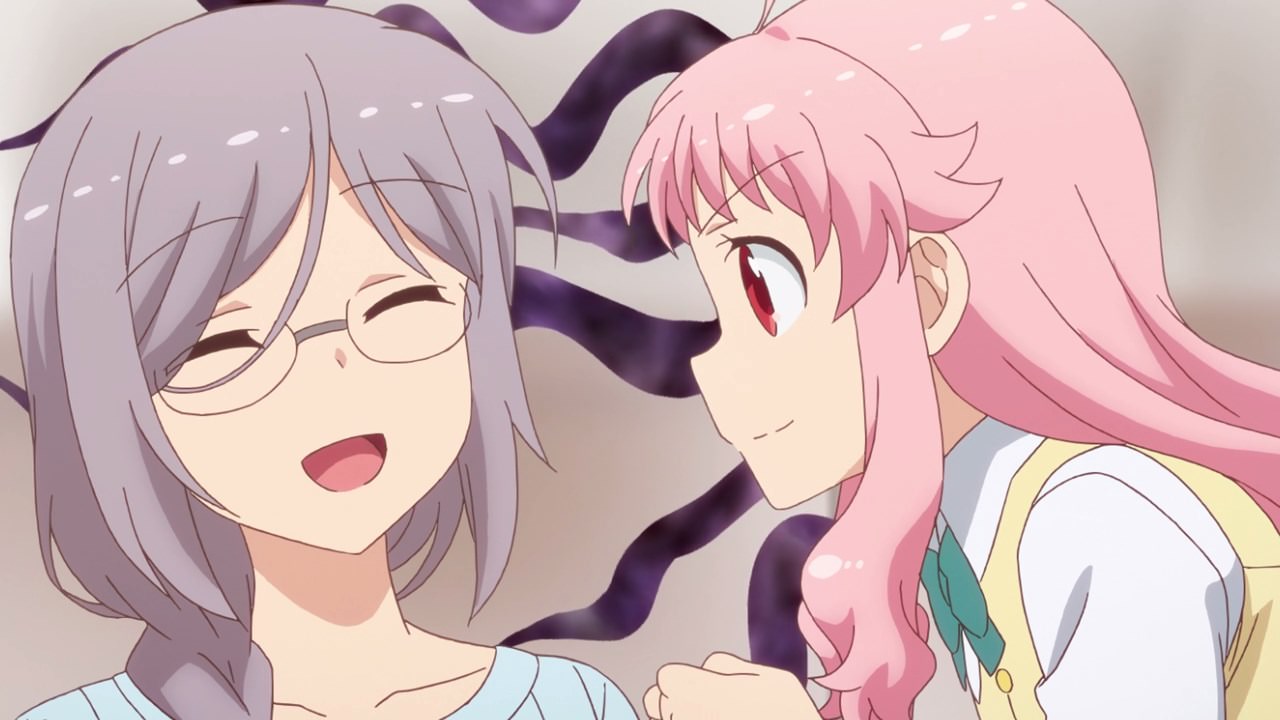 Now quite as the cheerleading club need an advisor. Luckily, Hatoya found Inukai-sensei in which she beg her teacher to become the club advisor, despite the fact that Inukai-sensei doesn’t know much about cheerleading.

Anyways, we’re all good in regards to the cheerleading club, although they’ll receive funds on the next semester. 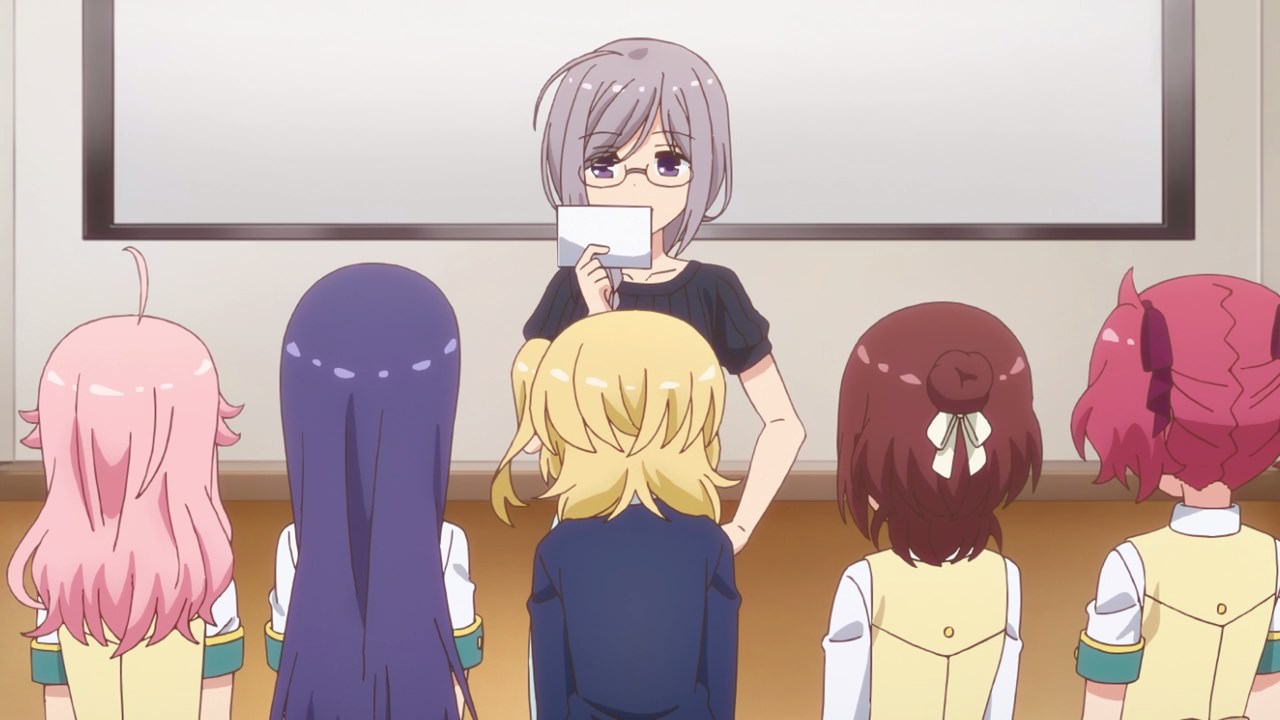 But for the time being, it’s time for the club to do their official activity as Inukai-sensei told them that there’s a local soccer team who wants their cheerleading services. 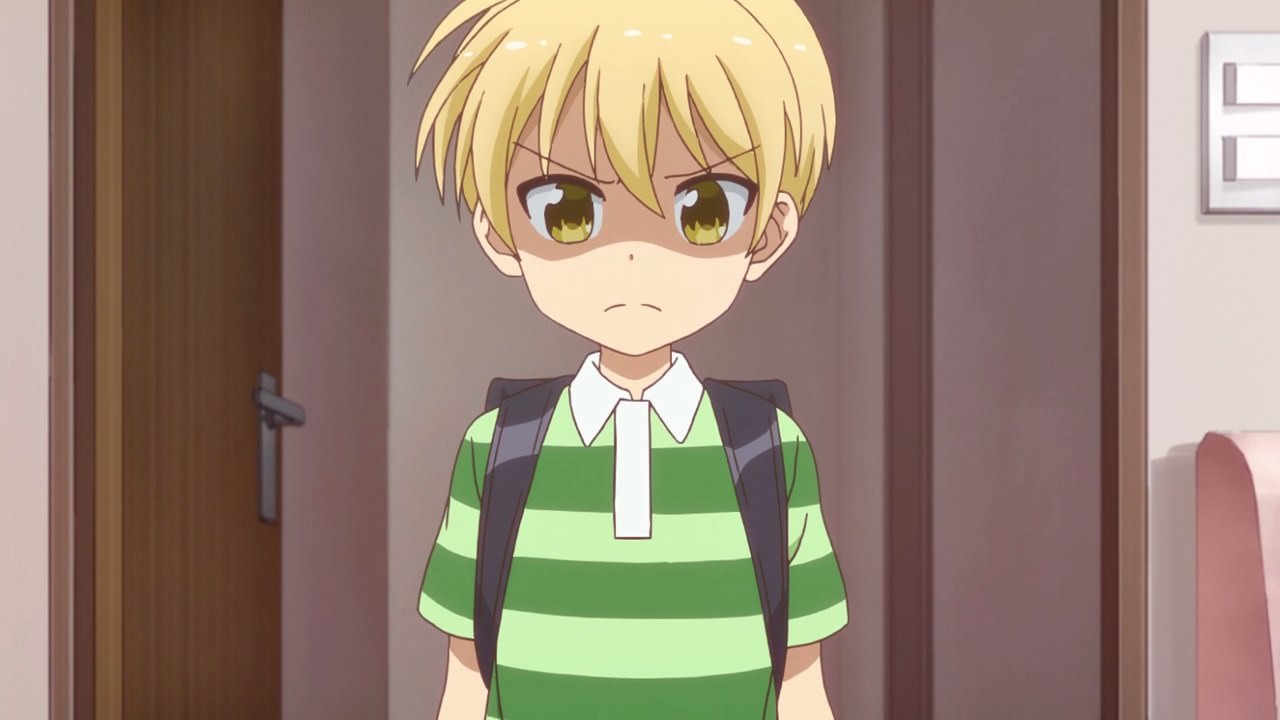 Rather, it’s a soccer team comprised of grade school kids who call themselves as Victories. Then again, it’s not like their name will grant time complete victories anyway.

Also, this boy is Akane Sawatari who is not only Uki’s little brother, but also a member of the Victories soccer team where it turns out that he hates cheerleaders ’cause they’re noisy. 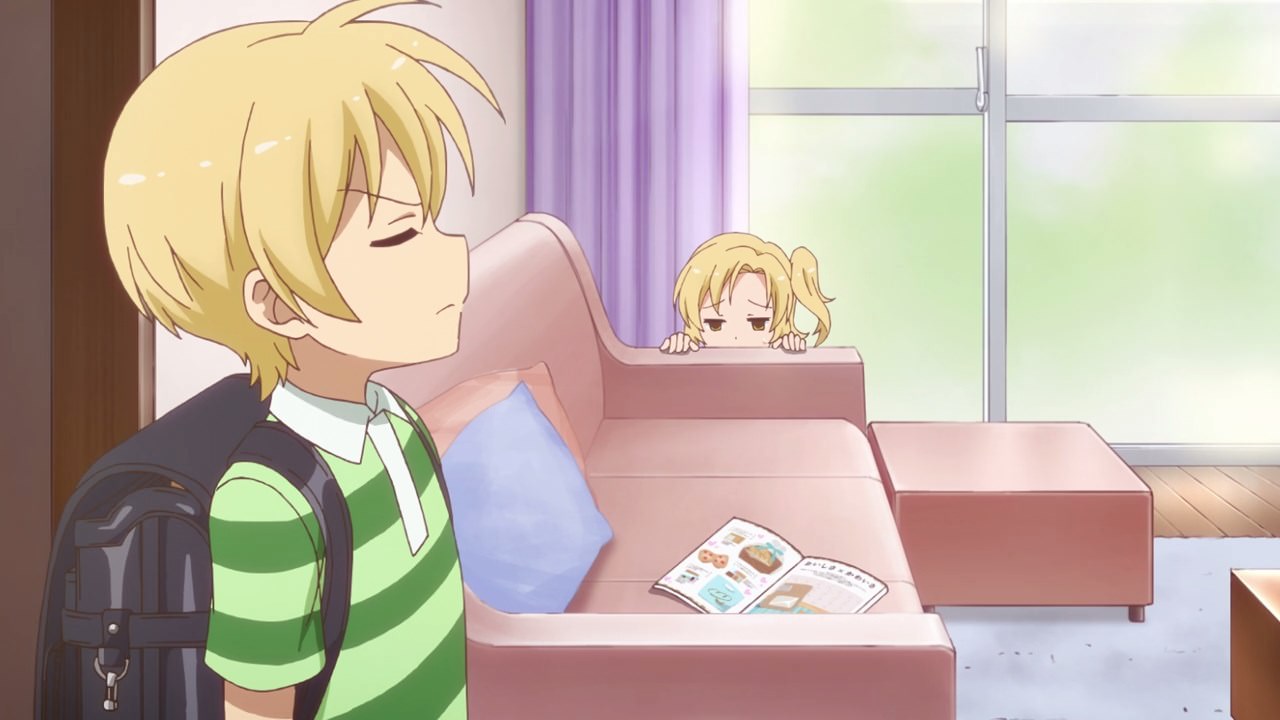 And as for Uki, it’s kinda awkward because she can’t tell Akane that she joined the cheerleading club instead of the track and field club.

But you know what, I think it’s for Uki Sawatari to show her little brother that cheerleaders are awesome! 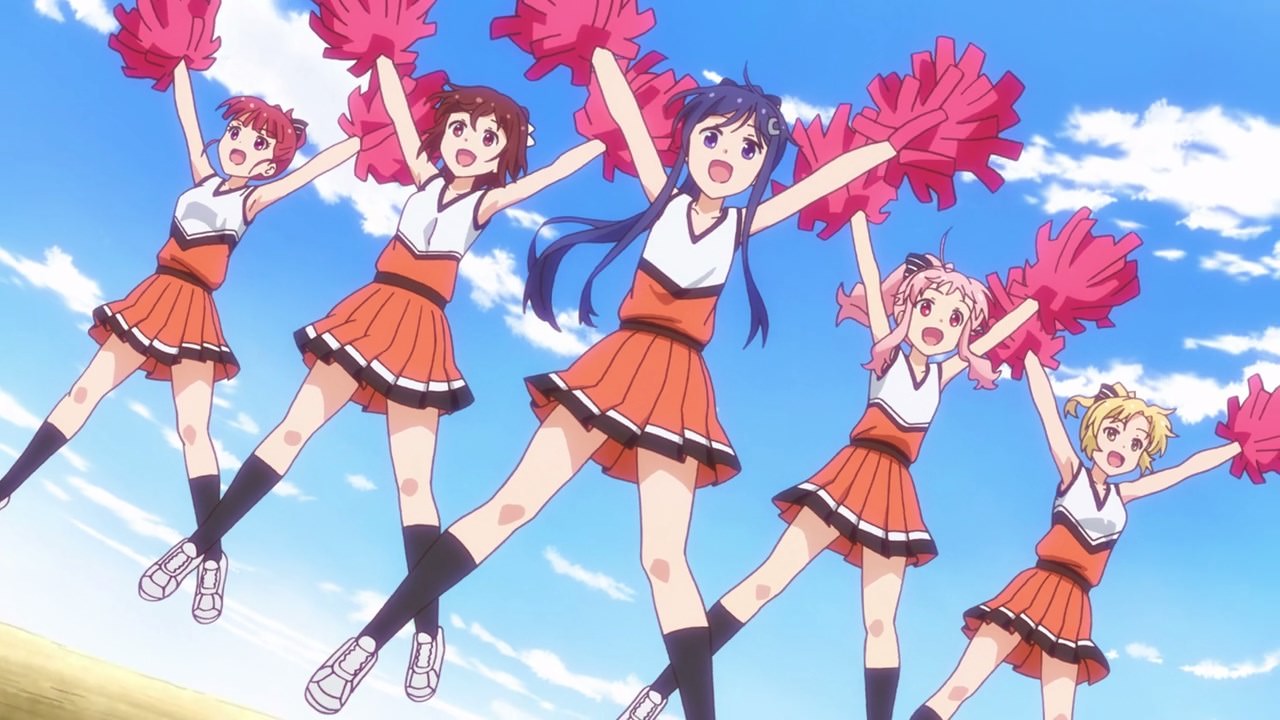 And so, it’s time for the soccer match where during half-time, the Kaminoki High School’s cheerleading club performed their routine to rally up the Victories soccer team. 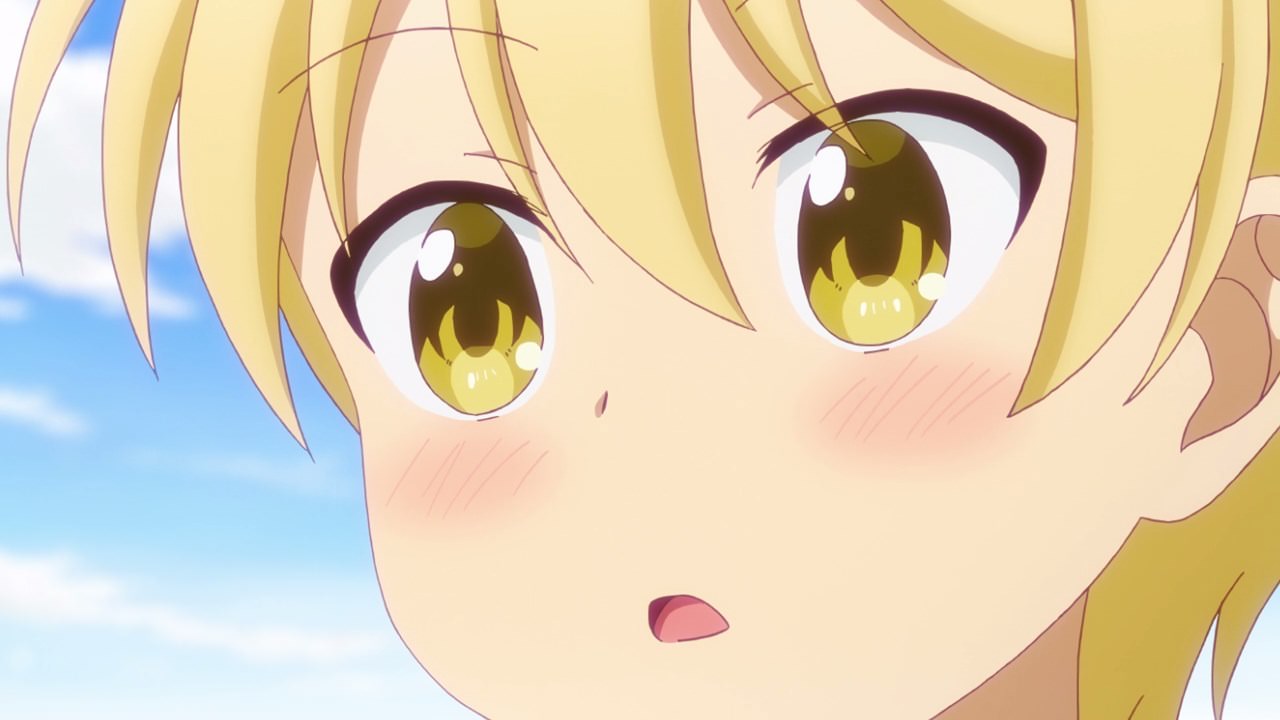 For Akane Sawatari, he was mesmerized that cheerleaders are so dazzling. Sure that they’re not perfect, but these girls are pouring their soul to make his team win! 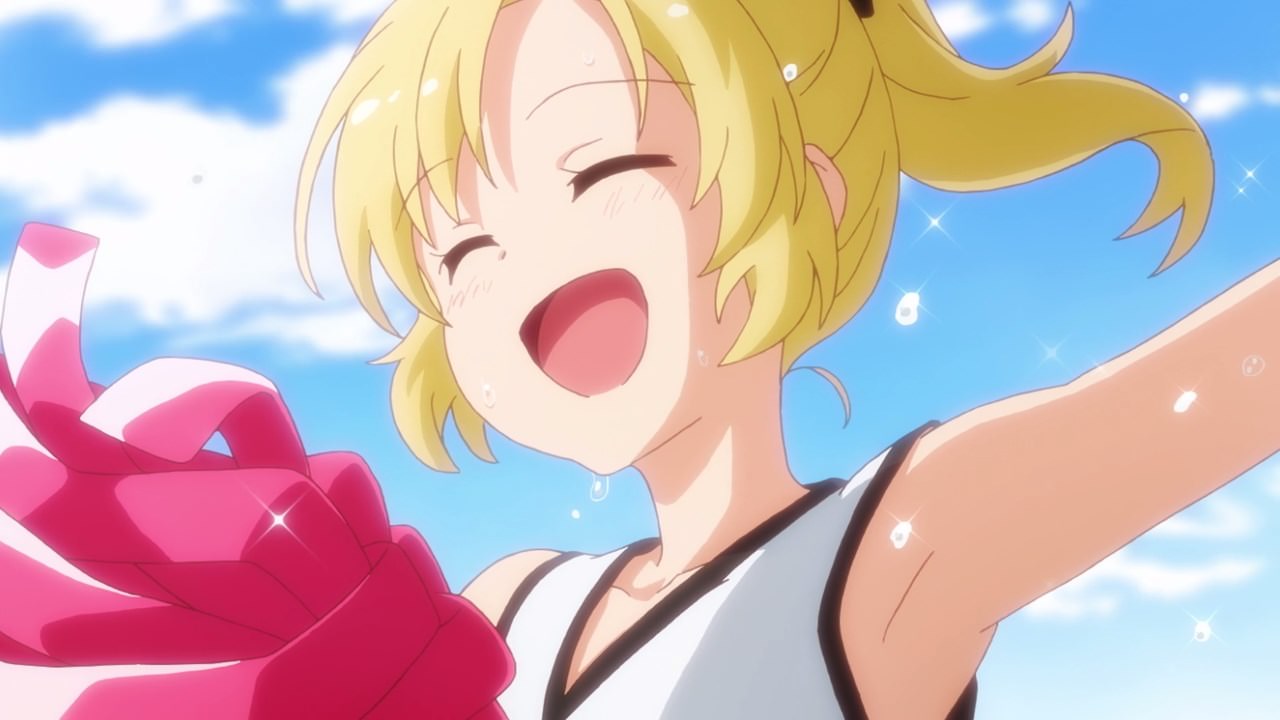 Especially Uki Sawatari as she proved to her brother that cheerleaders are not noisy and they don’t show their panties. Come to think of it, are they wearing spats or bloomers underneath their skirts? 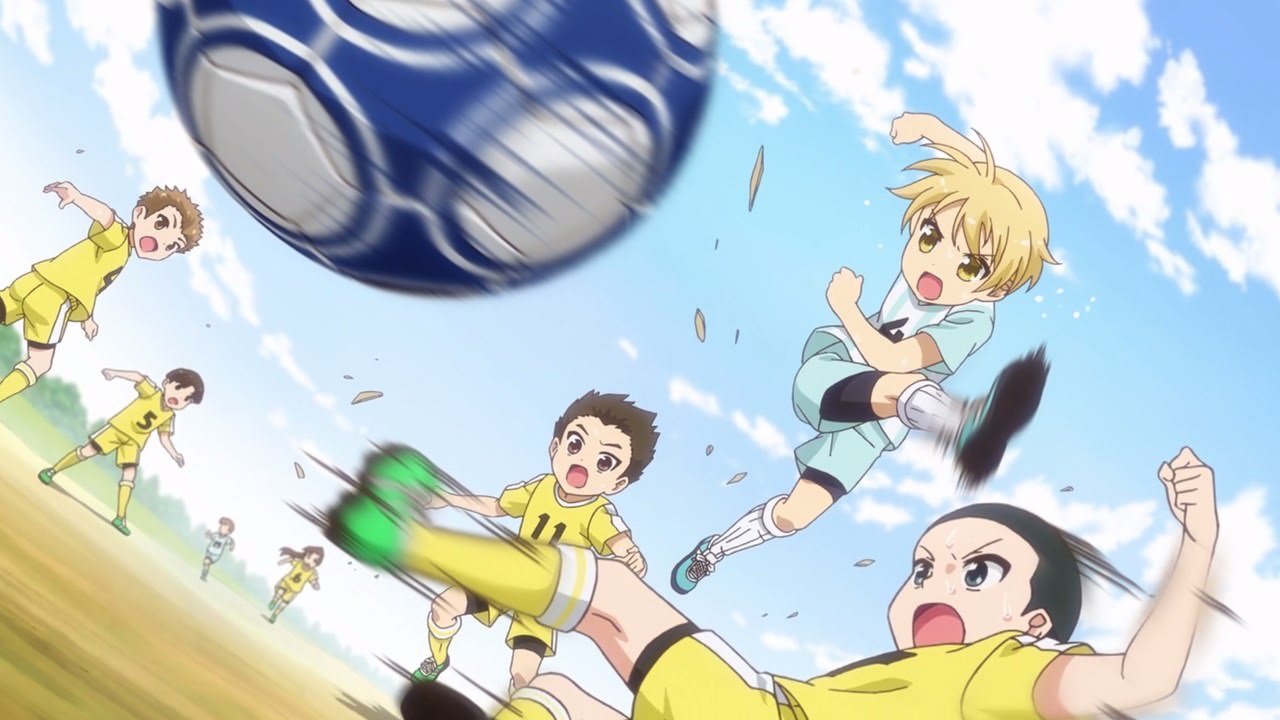 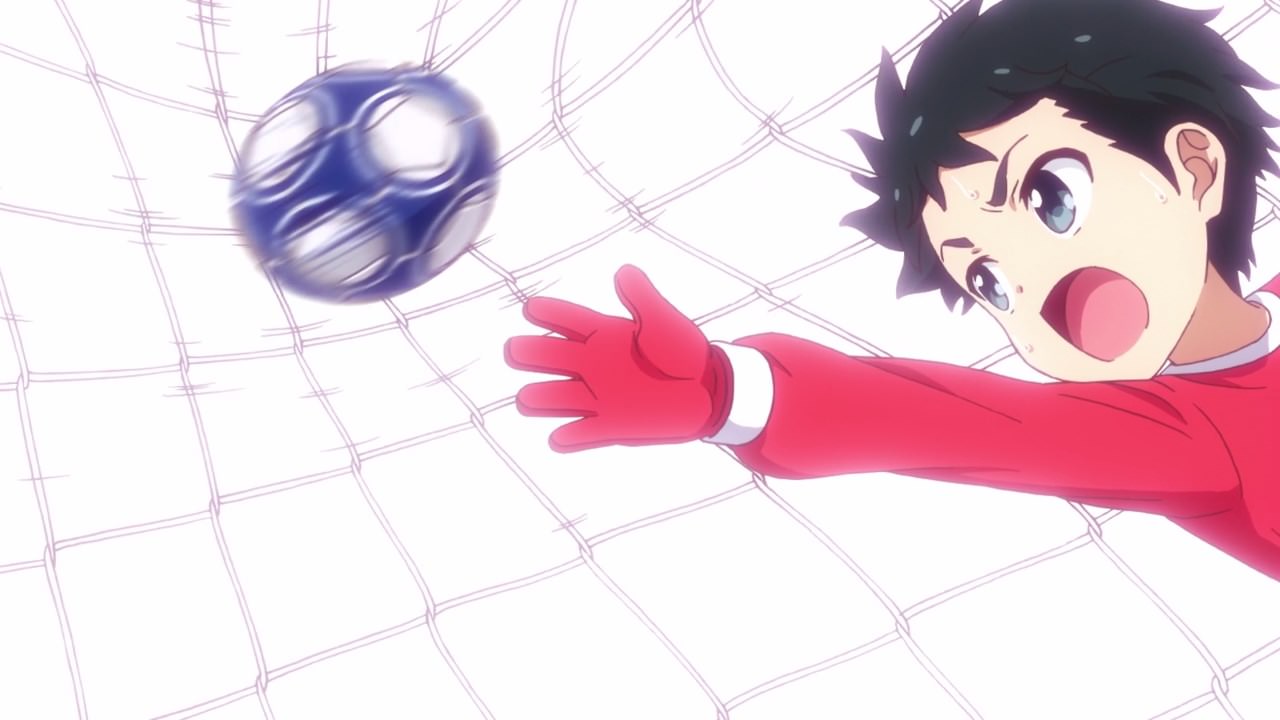 Gotta say that the cheerleading club is so mesmerizing that they bring luck to one’s team to victory. 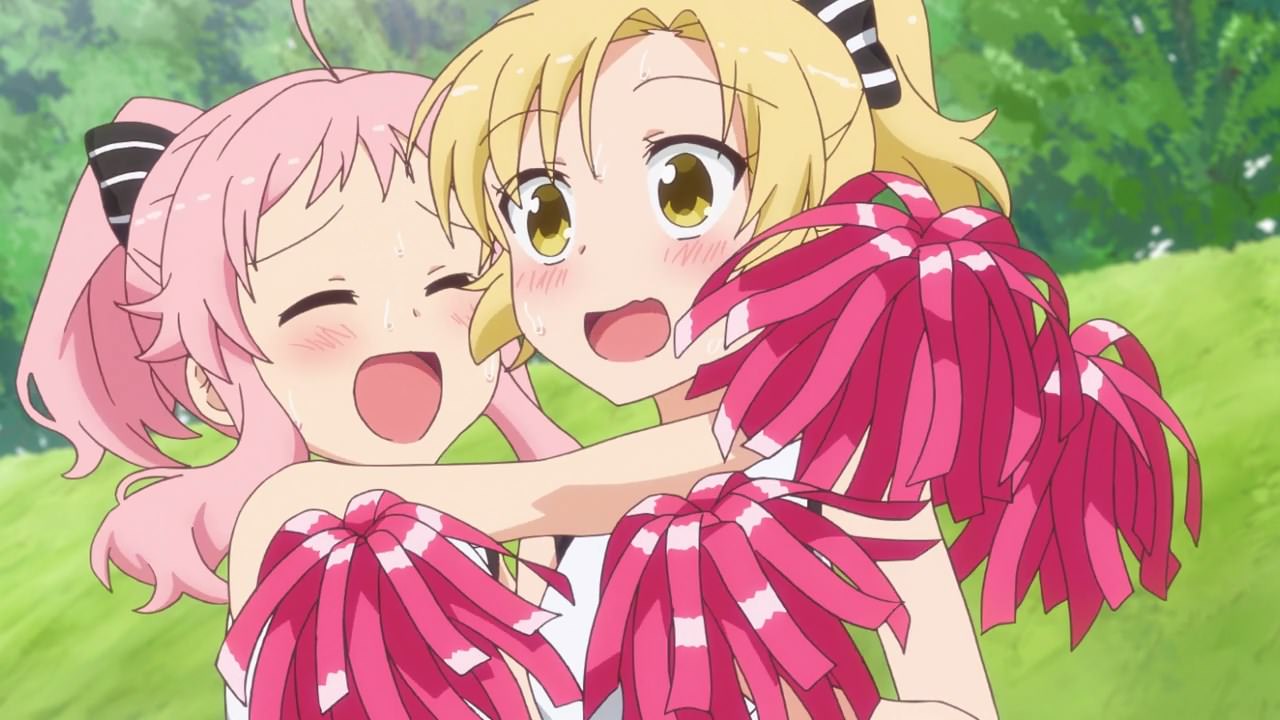 And so, the cheerleading club’s first official activity was a success. You may thank Kohane Hatoya and the rest for bringing the W for the Victories soccer team. 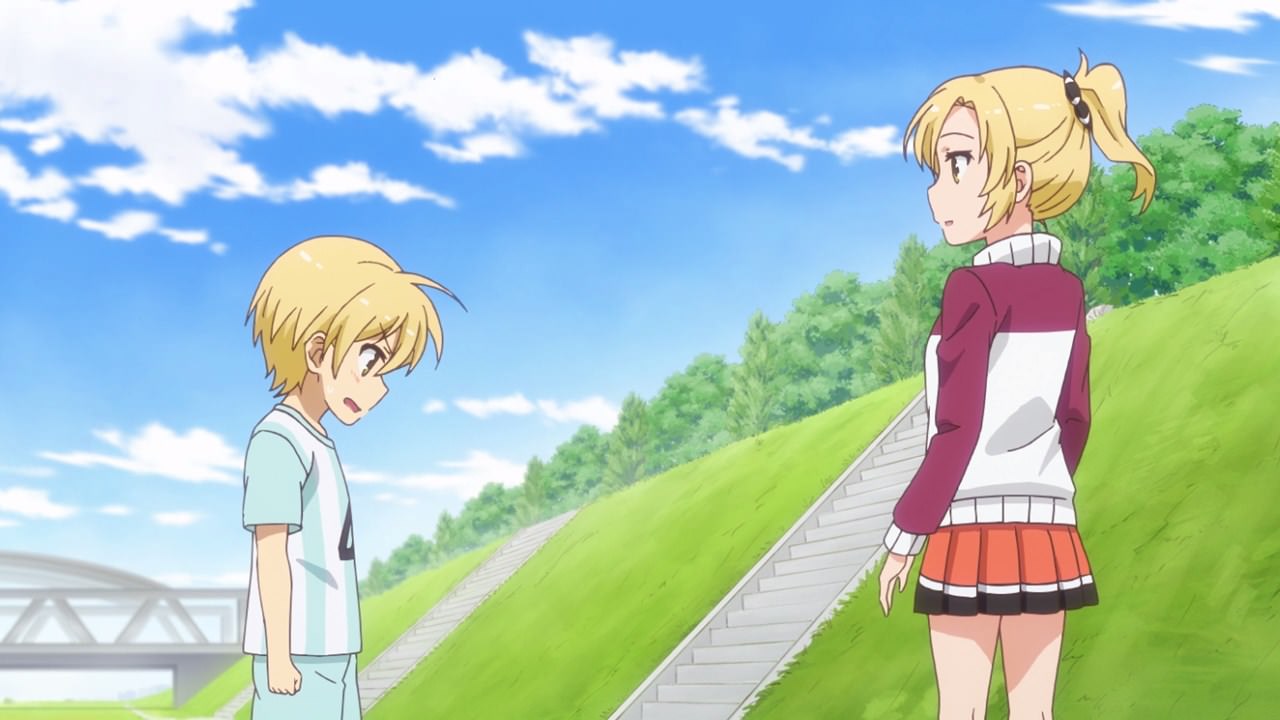 As for Akane however, seems that he warmed up a bit towards cheerleaders. Good for him!

Anyways, that’s about it for this week’s episode of Anima Yell! I’m glad that all 5 girls are assembled and they’re just beginning as we still have 3 more episodes to go.