Posted on December 7, 2018 by benigmatica 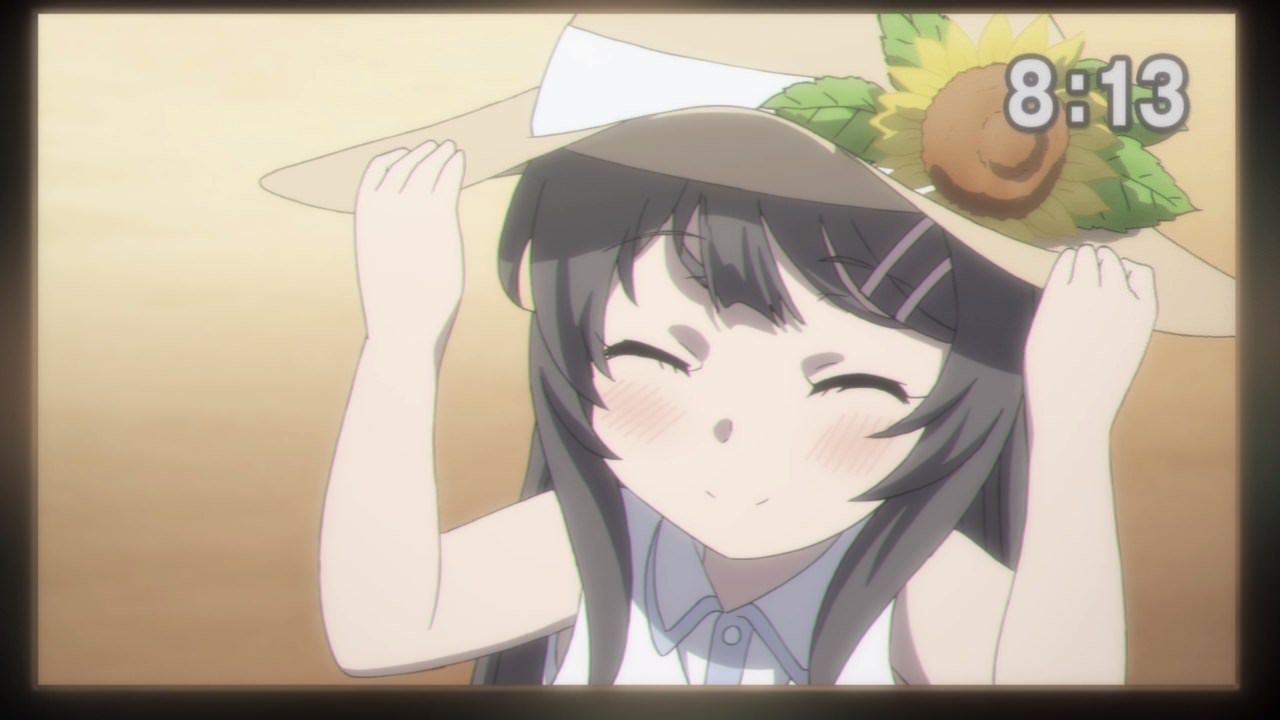 This is Mai Sakurajima who is the most popular child actress. Even now, she’s still amazing! 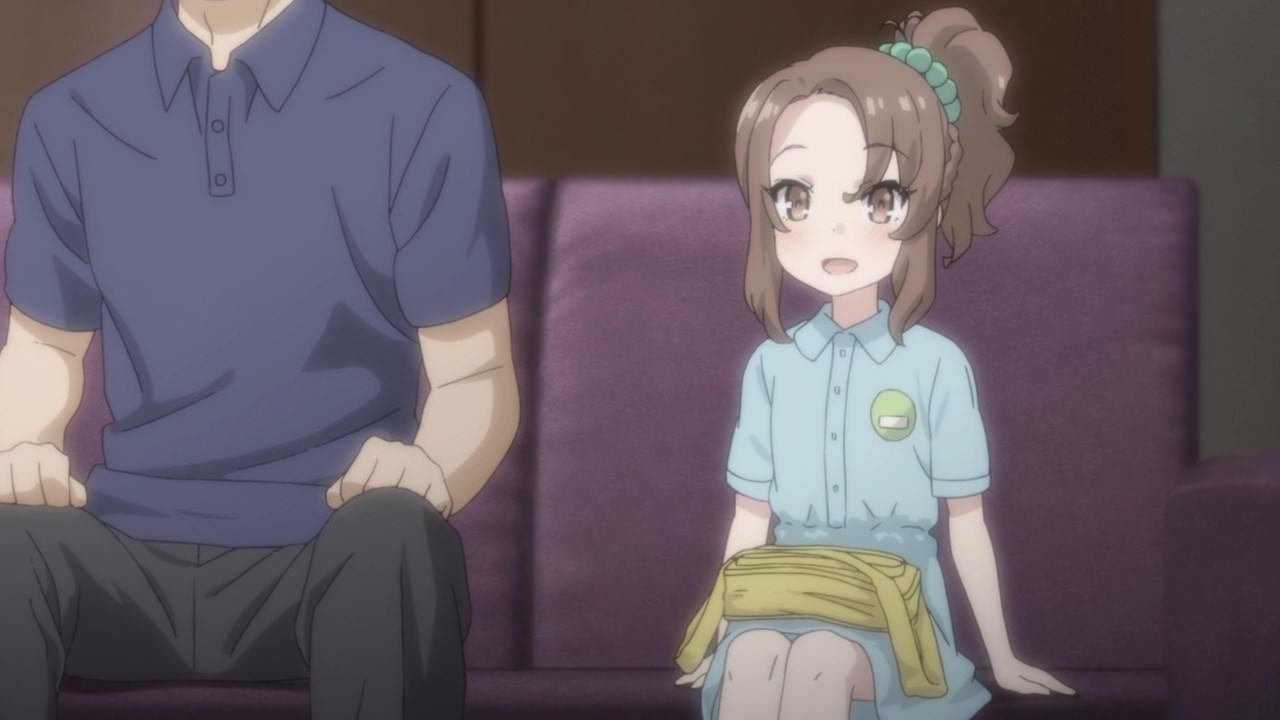 And here’s Nodoka Toyohama who is admired by Mai’s beauty that she want to be like her. But that’s in the past. 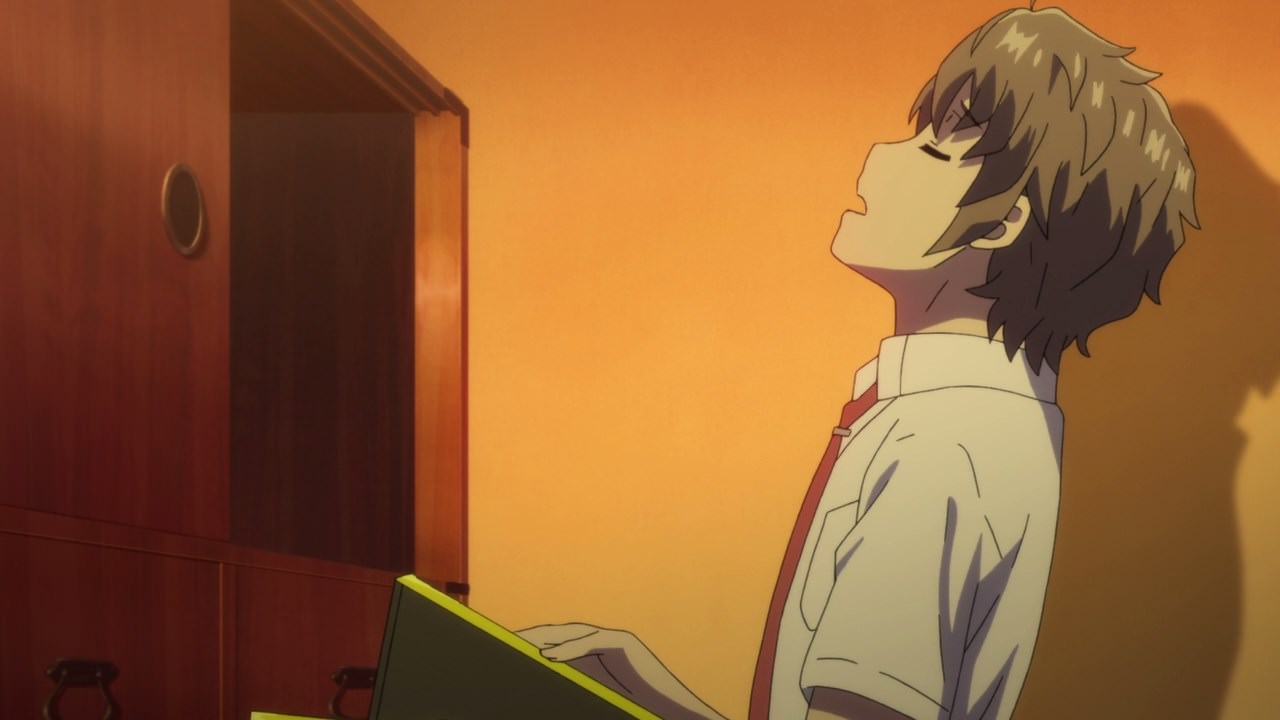 Now, we move onto the present where Sakuta Azusagawa found something interesting inside Mai’s closet. And as you can see from his expression, Sakuta wants this Puberty Syndrome resolved. 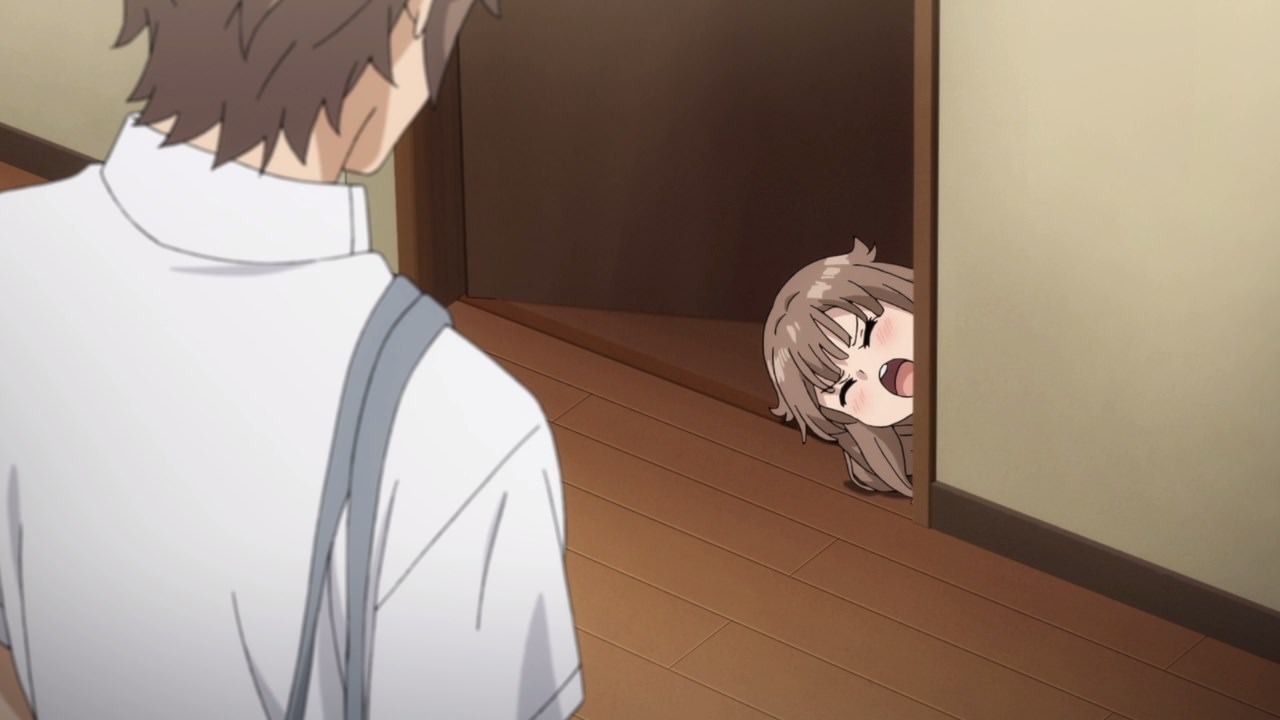 Meanwhile, here’s Kaede Azusagawa as she’s angry that her brother is always come home late. Gotta say that Kaede is jealous that Sakuta got to hang out with other girls. 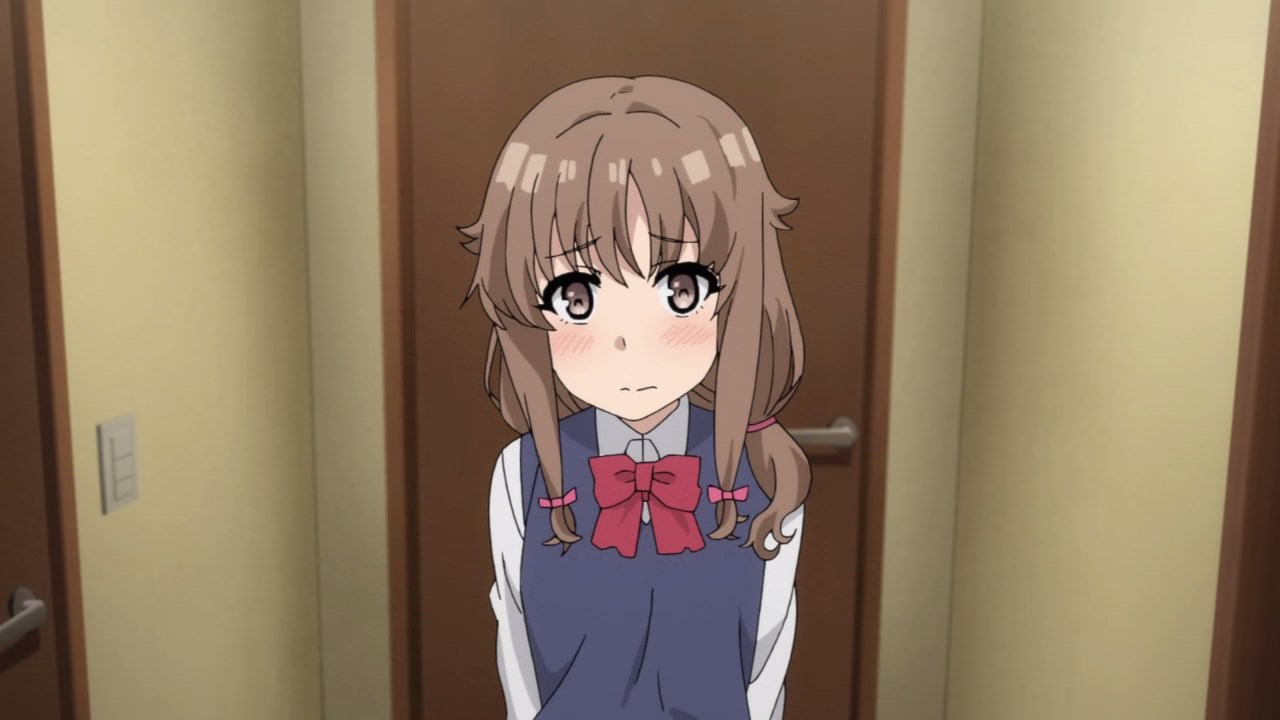 Also, Kaede shows off her middle school uniform just for a change of pace. Still, she’s scared of going outside because of her Puberty Syndrome. 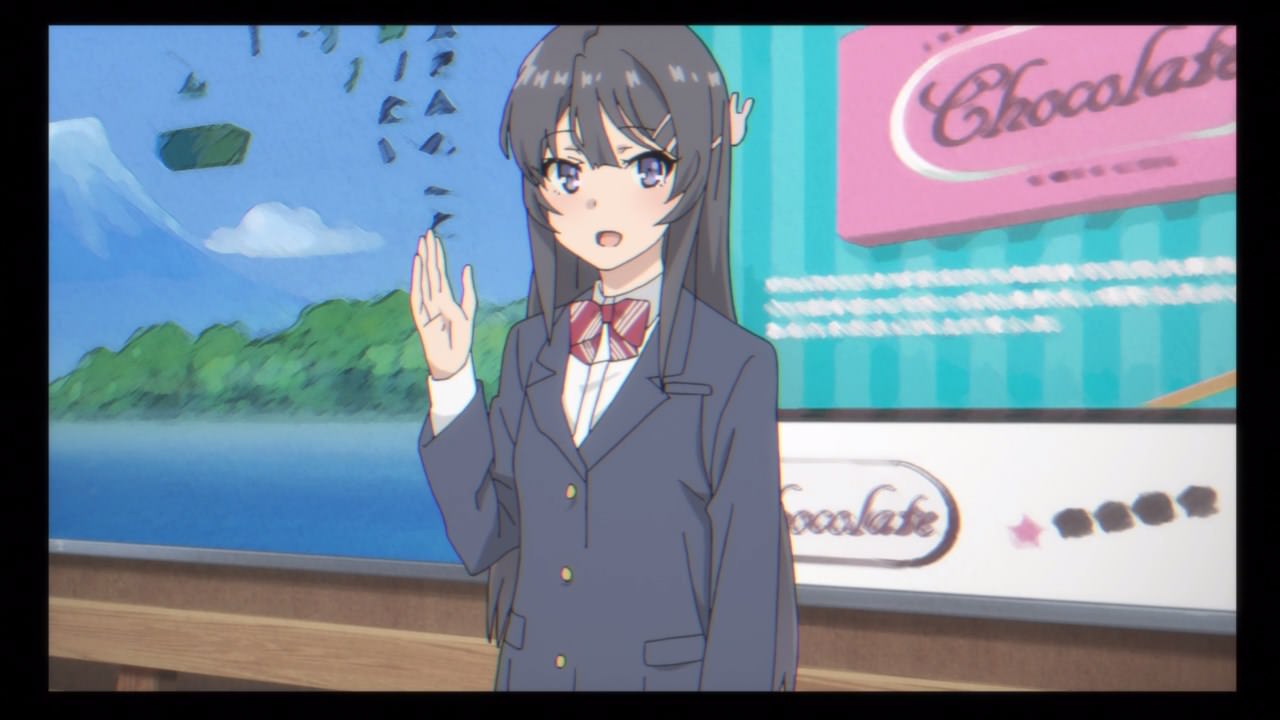 Now then, let’s move onto Mai… or should I say Nodoka Toyohama as she just finished her commercial shoot after 12 takes. Man, it’s hard to be Sakurajima but hey, at least Nodoka did a decent job! 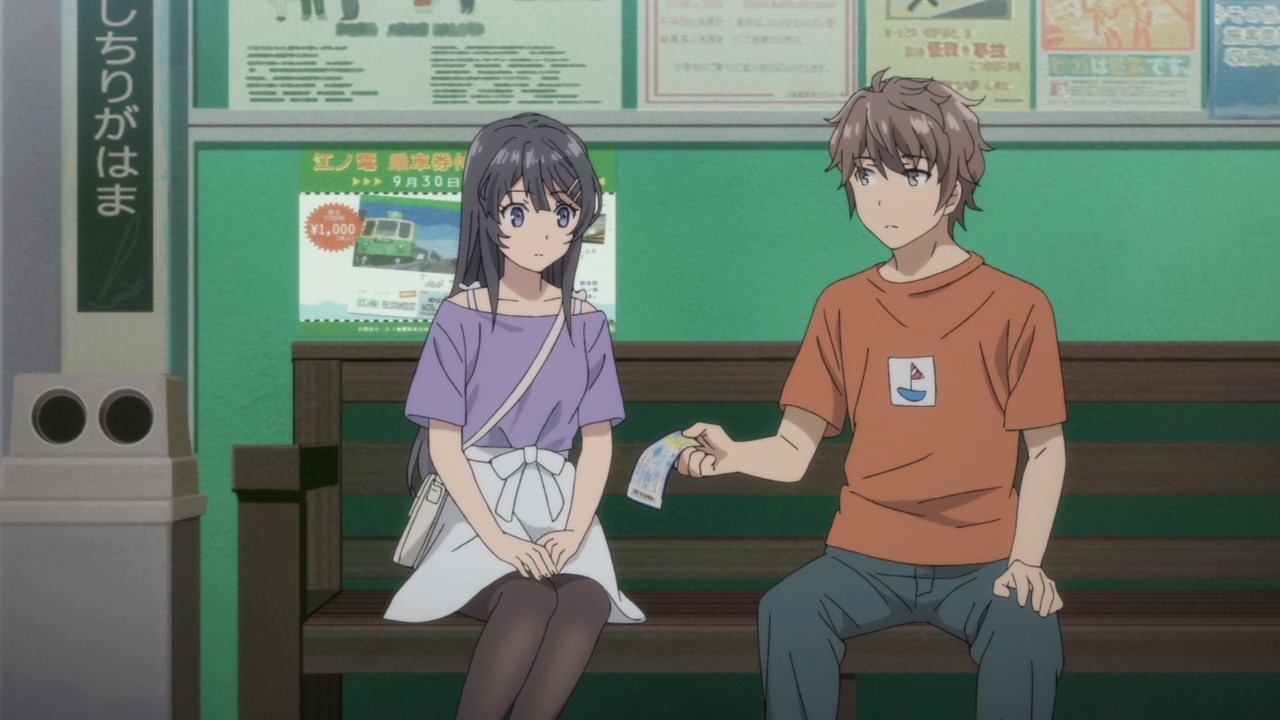 And as a reward, Sakuta offered Nodoka a concert ticket as her half-sister Mai Sakurajima will perform together with Sweet Bullet, although she’s not the center.

Anyways, I have to say that Azusagawa is very considerate towards Toyohama. Even so, he needs to be cautious of his surroundings, especially the paparazzi who are snooping around for gossip scoops for money. 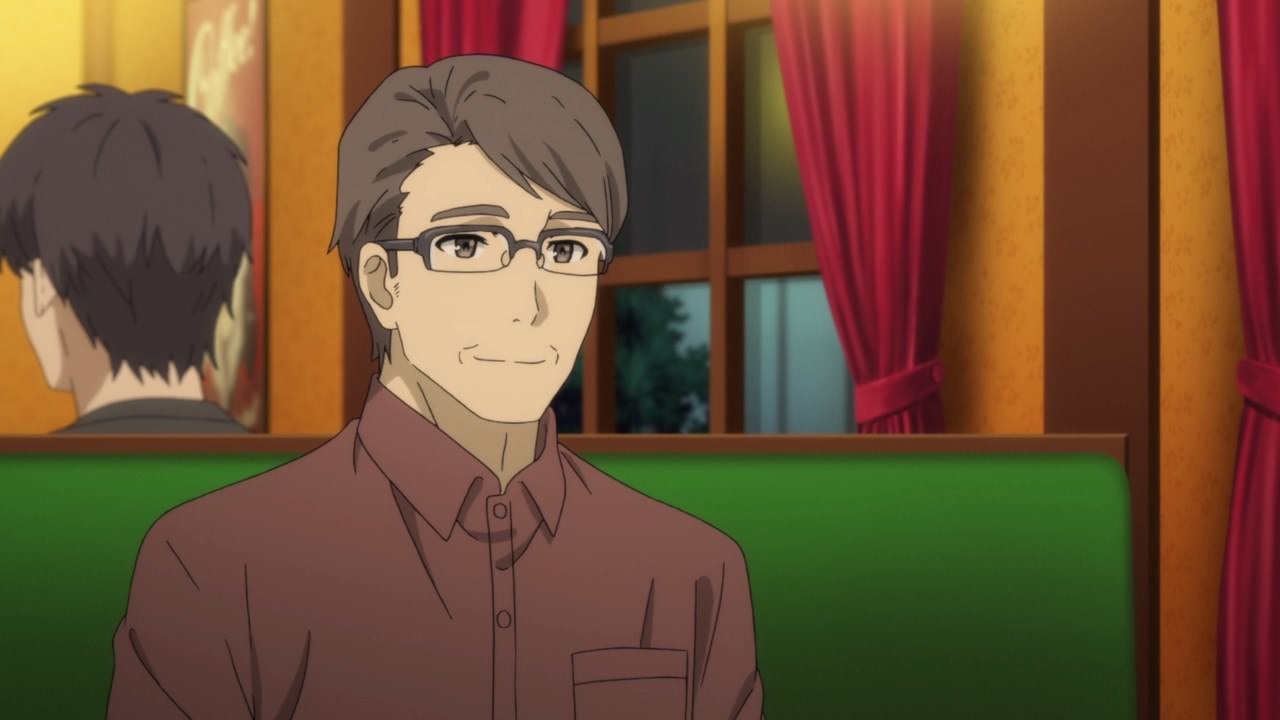 Meanwhile, I would like you to introduce to Sakuta and Kaede’s father who wants to see his son again, although it would be nice if he would like to see Kaede too if it wasn’t for her Puberty Syndrome.

And by the way, the reason why Sakuta’s father is away from his children is because he’s currently taking care of his wife, who still couldn’t believe that both Kaede and Sakuta have Puberty Syndrome. I hope Sakuta’s mother will be alright! 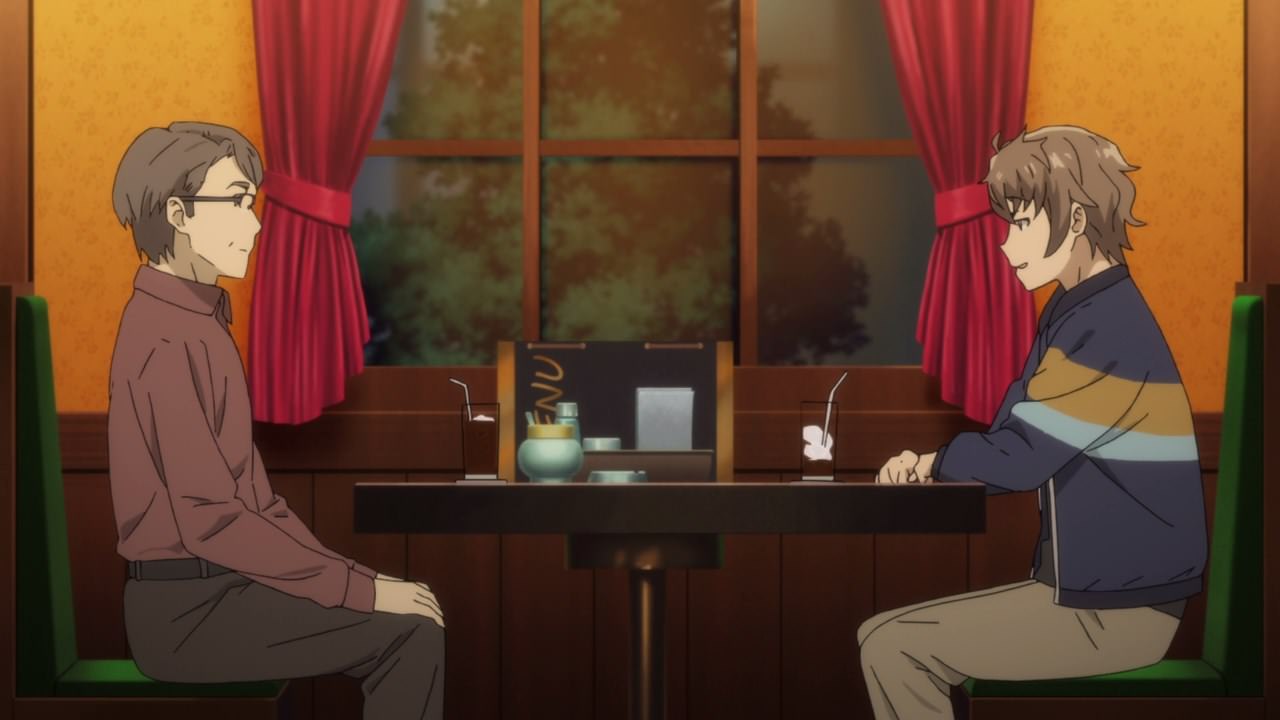 Anyways, Sakuta asked his father on what it likes to be a parent. And while Sakuta didn’t knock Mai-sempai up, let’s just say that Sakuta’s father told him that it’s very complicated.

Still, it would be nice if Sakuta’s parents come back to take care of their children. But hey, at least they’re not divorced. 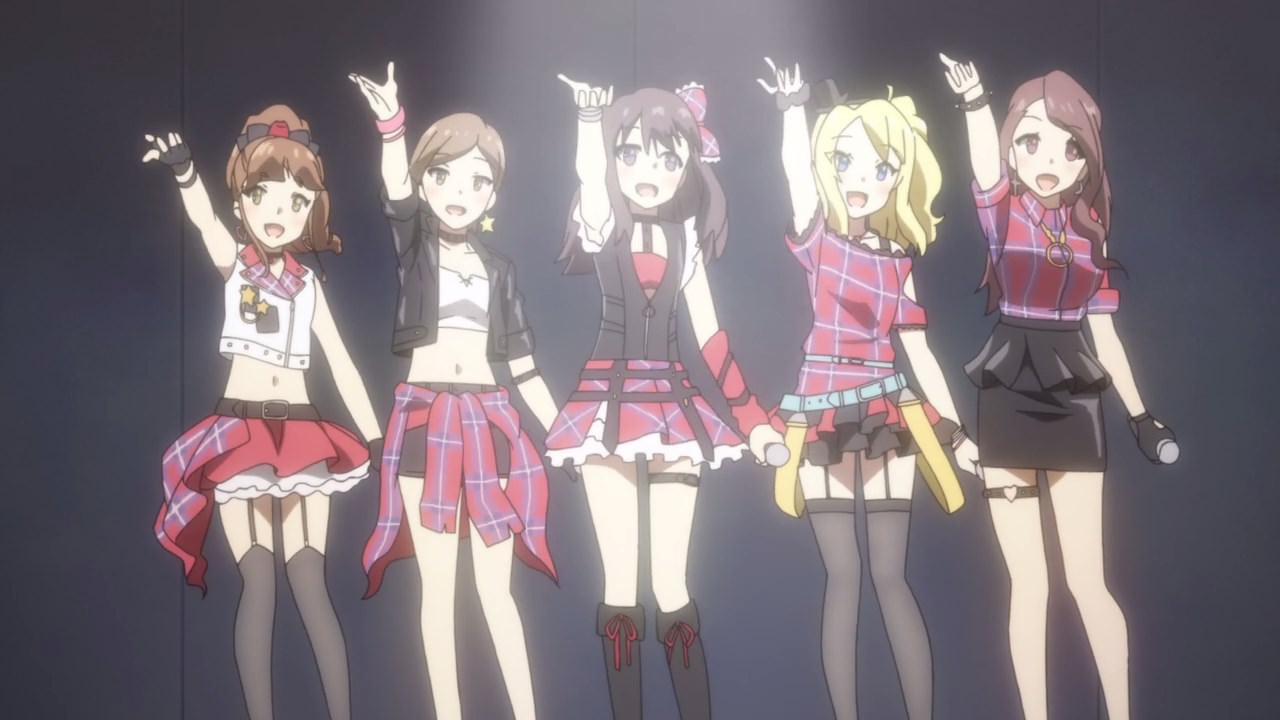 Now then, it’s time for the Sweet Bullet live concert and while Mai-sempai is not in the center, she’s doing her best to stand out. 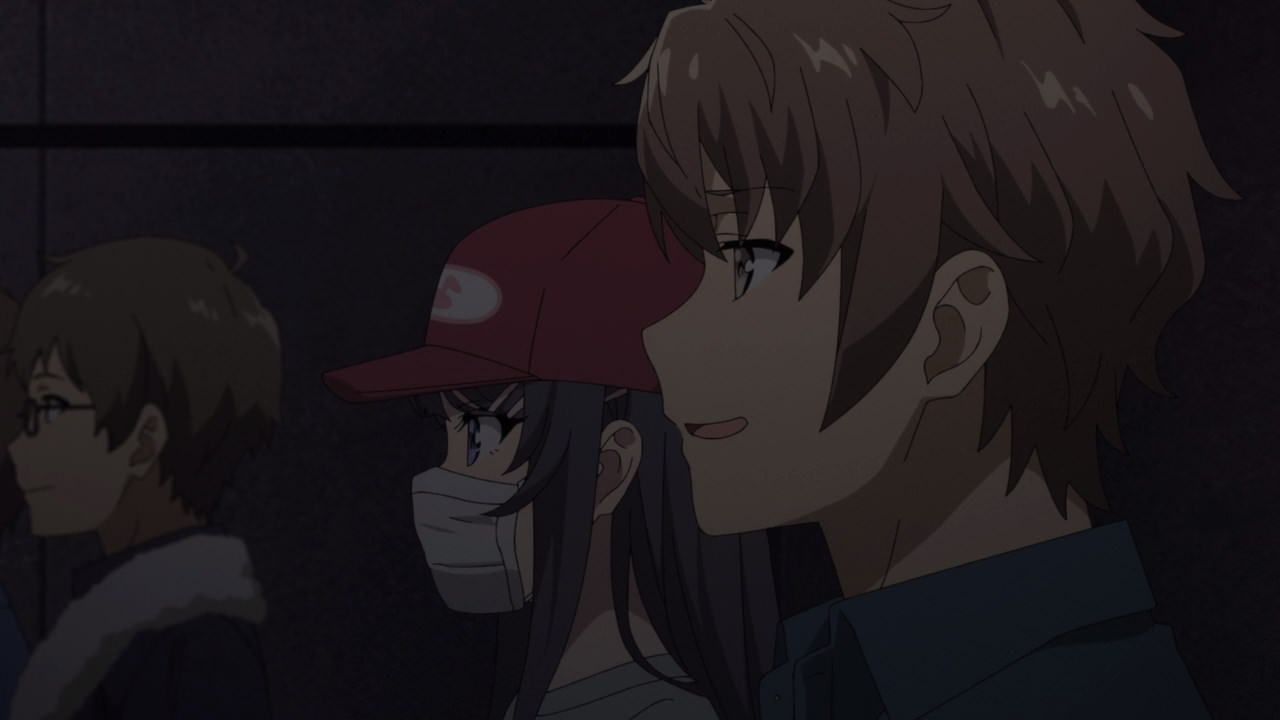 Still, the concert went well although Nodoka wants to be in that stage because that’s what she lived for. 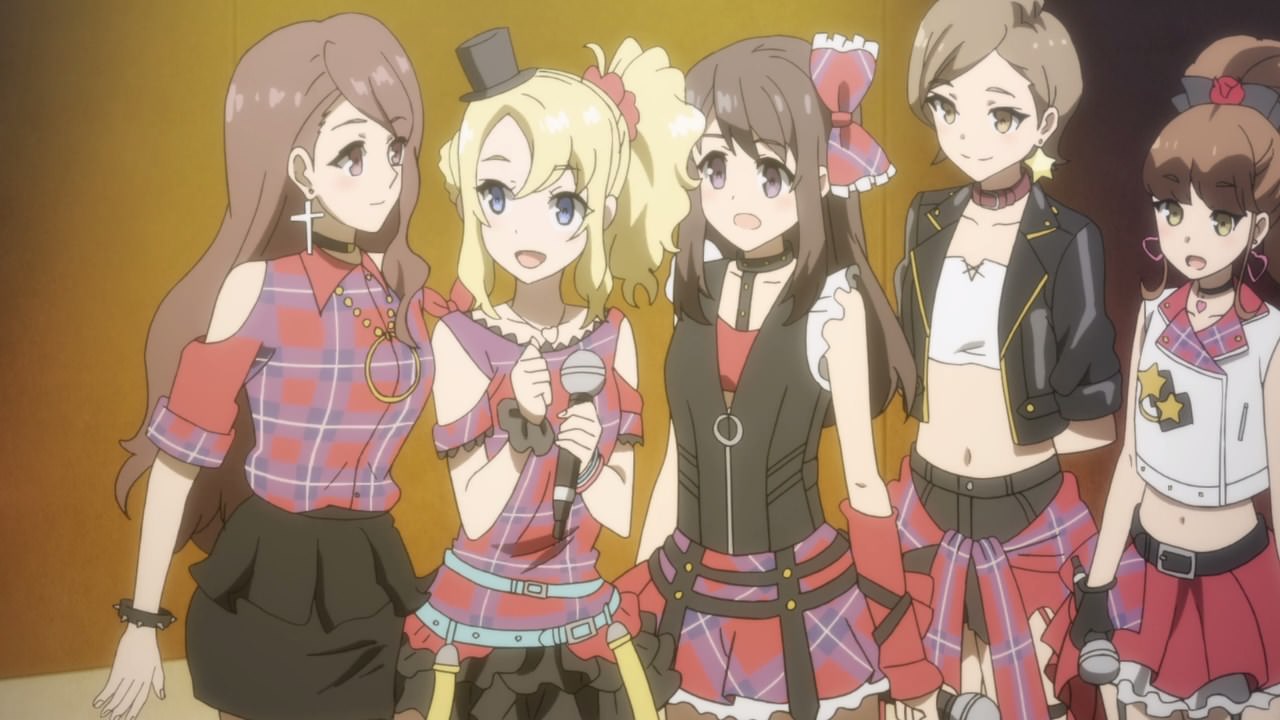 Afterwards, it’s time for the announcement for the next center in which Nodoka Toyohama is selected to be featured on the cover of Sweet Bullet’s next single. Congratulations! 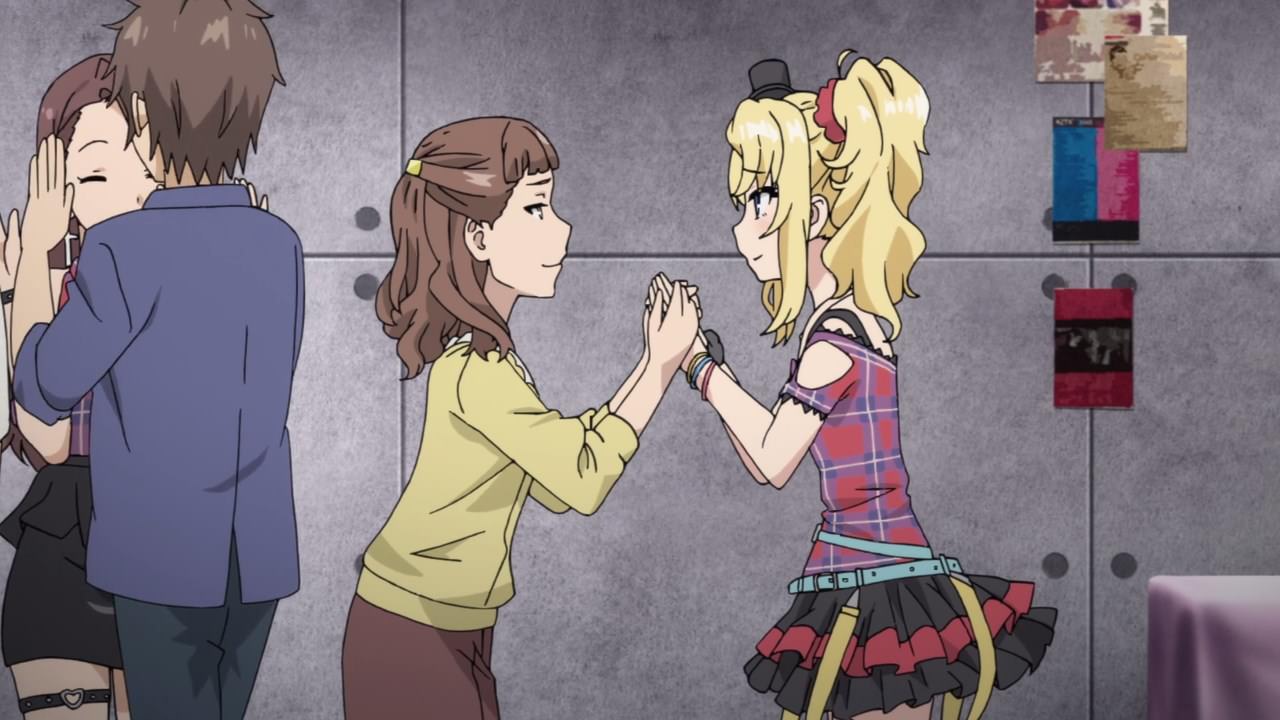 Even her mother was thankful about it. Up until now, Nodoka’s mother pushed her daughter to be popular than Mai Sakurajima, but she felt a sigh of relief after Nodoka was selected as the center. 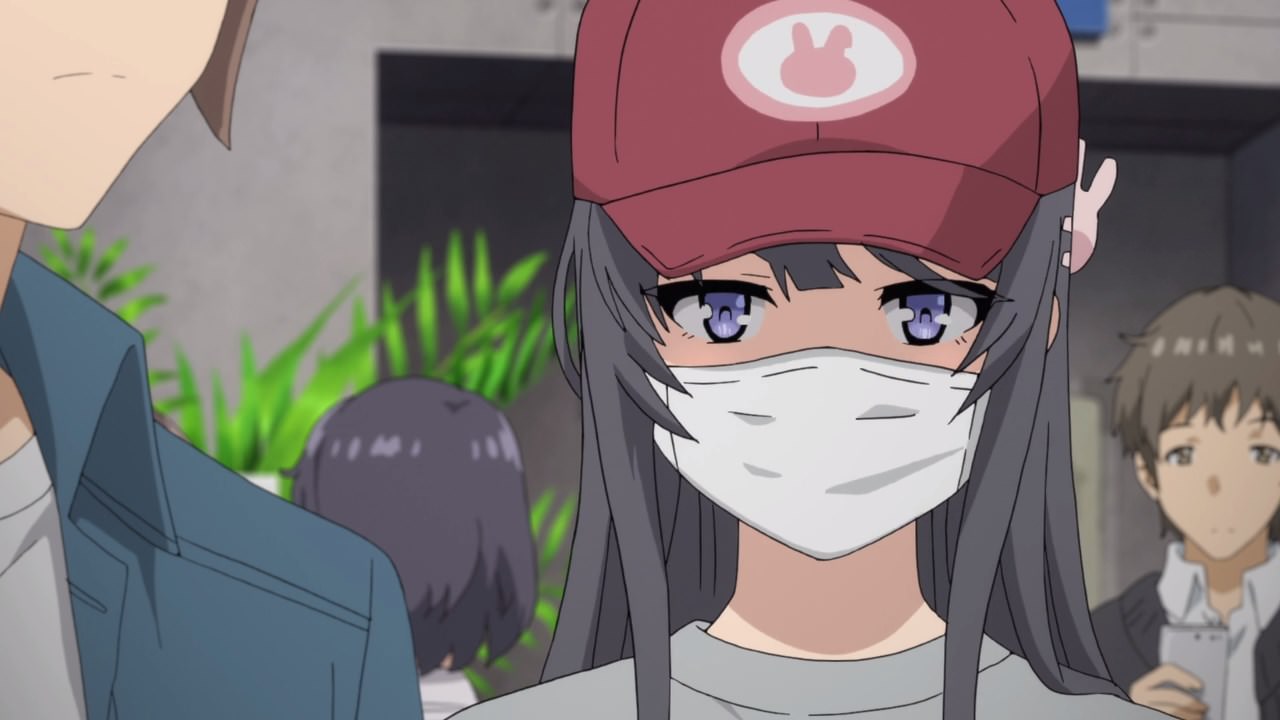 Still, the problem is that both Nodoka and Mai-sempai switched bodies with the latter being praised over the former.

And because of this, Nodoka felt that Mai-sempai is superior that there’s no need for her to exist. 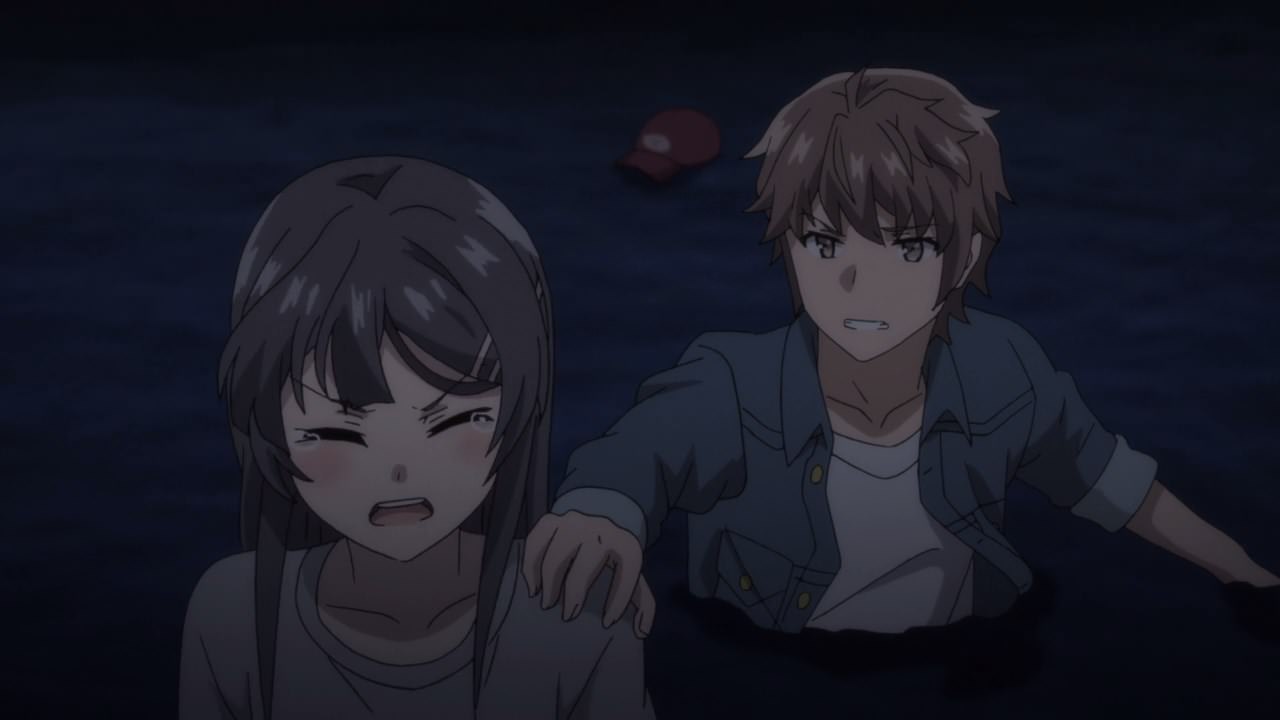 With that said, Nodoka decided to drown herself but I feel that it’s not right to end her life as Sakuta stopped her before sinking deeper into the sea. 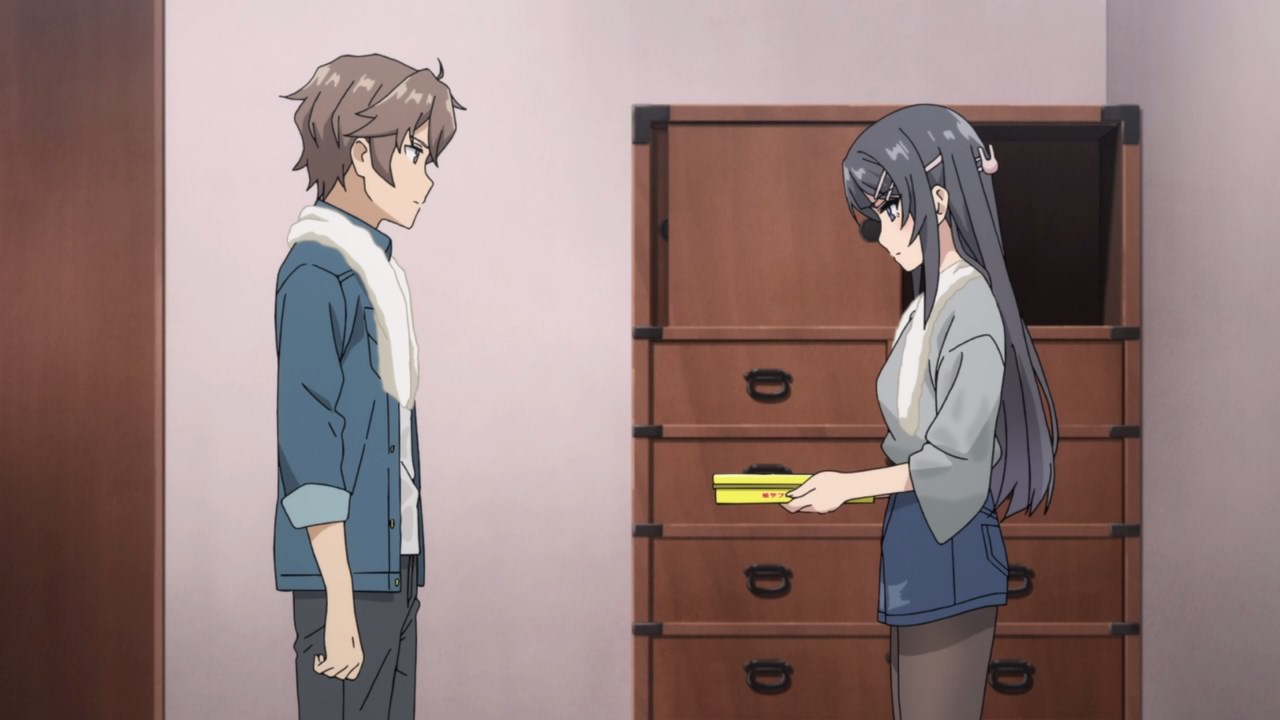 And after saving her life, Sakuta shows something to Nodoka that might change her perception towards Mai-san. 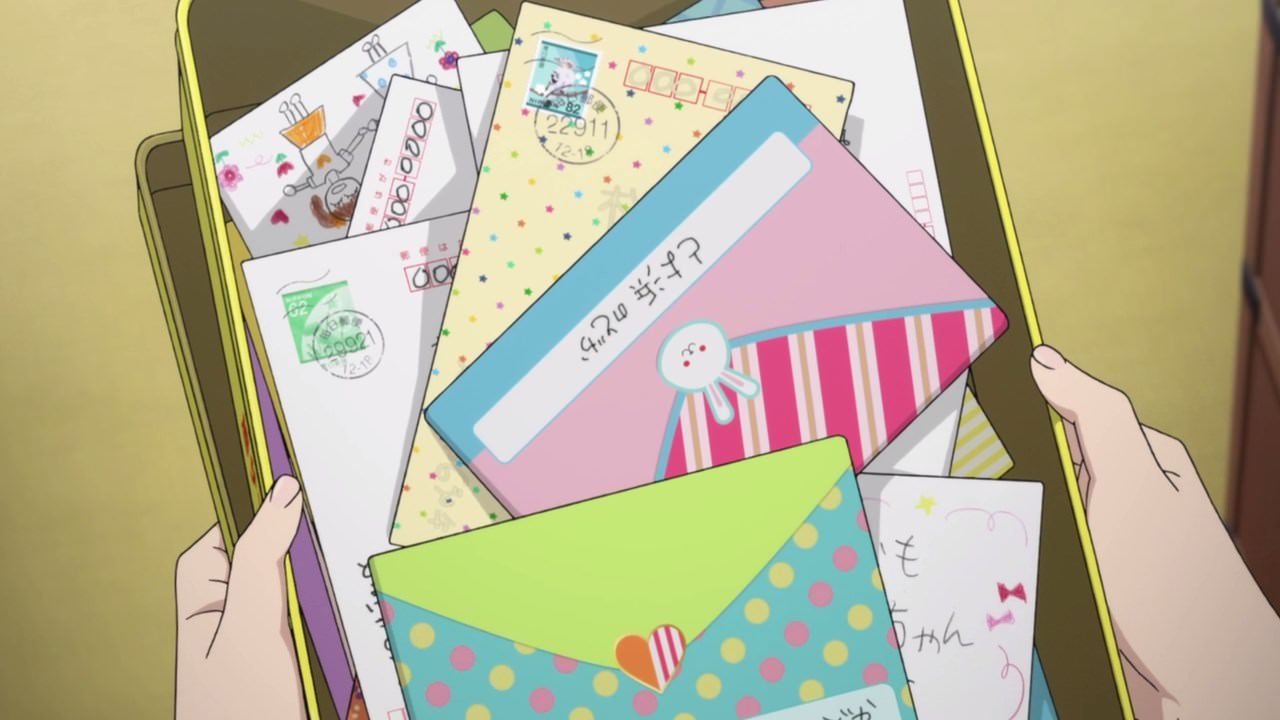 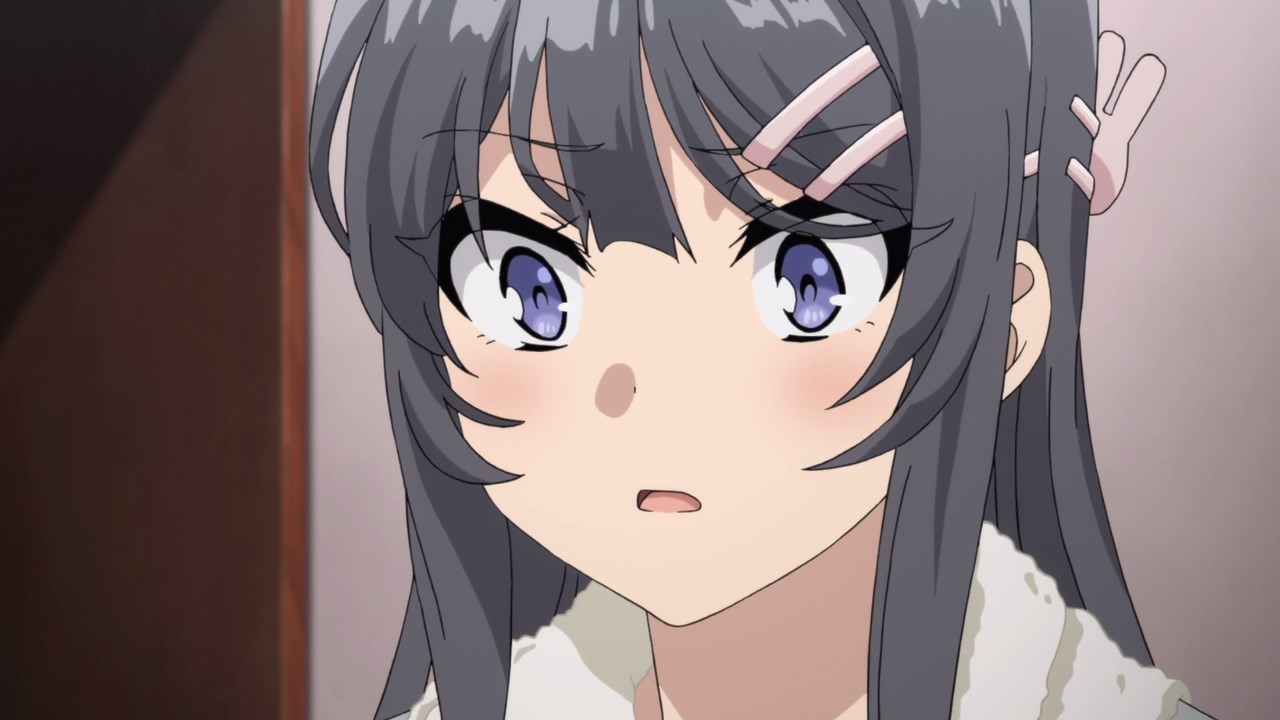 Turns out that this box that Sakuta found contains letters in which Nodoka Toyohama sent them to Mai Sakurajima when she was a little kid and before the revelation that they’re half siblings. 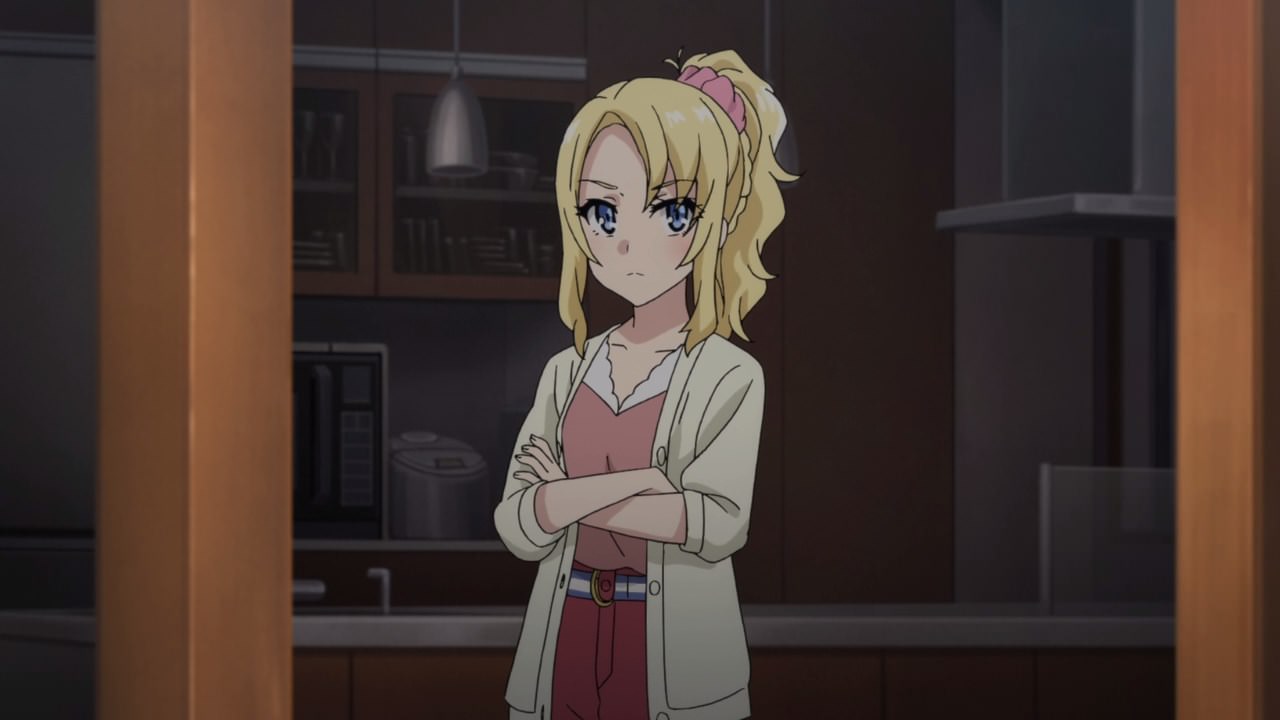 And since the cat is already out of the bag, Mai told Nodoka that she kept all of the letters because it gave her the courage to be the best actress for Nodoka and for everyone else.

Gotta say that despite being apart and having different parents, they still love each other as sisters and that’s what matters! 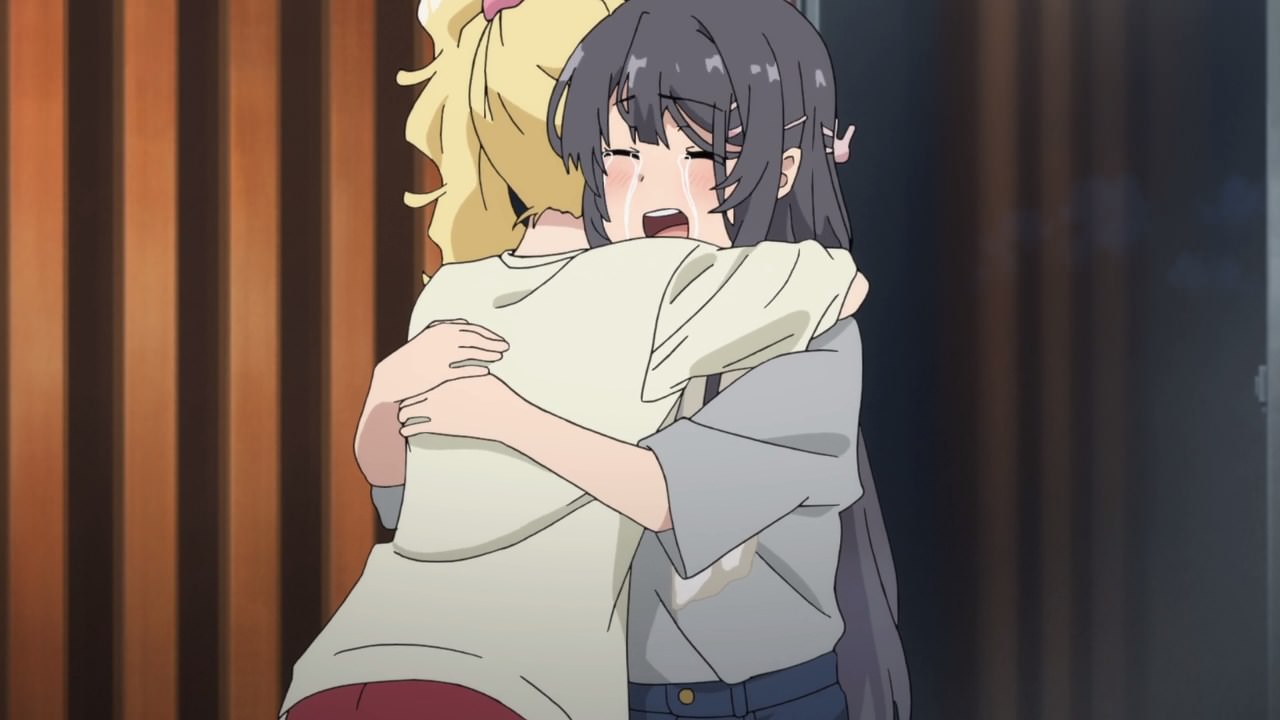 And so, Nodoka Toyohama reconciled with Mai Sakurajima as they hugged each other. Isn’t it amazing? 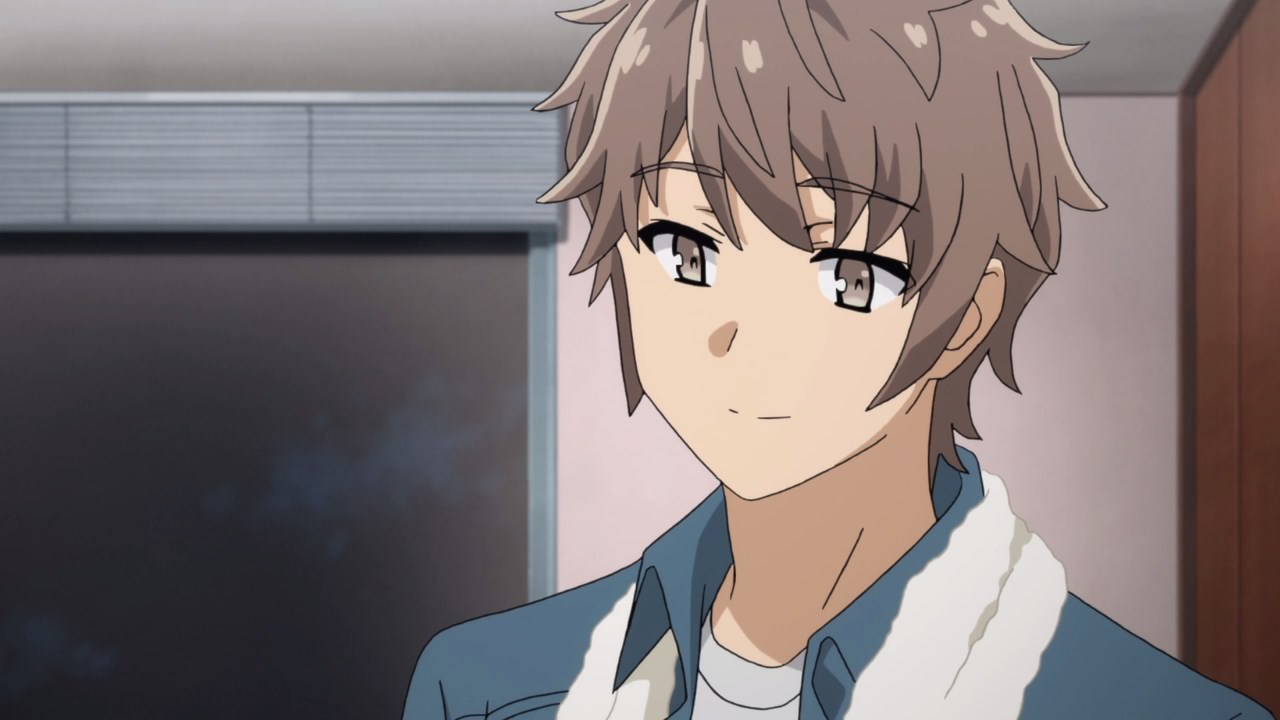 As for Sakuta Azusagawa, he’s happy that this sibling conflict is resolved, although not much because of their parents. Still, I wonder when will these two return to their original bodies? 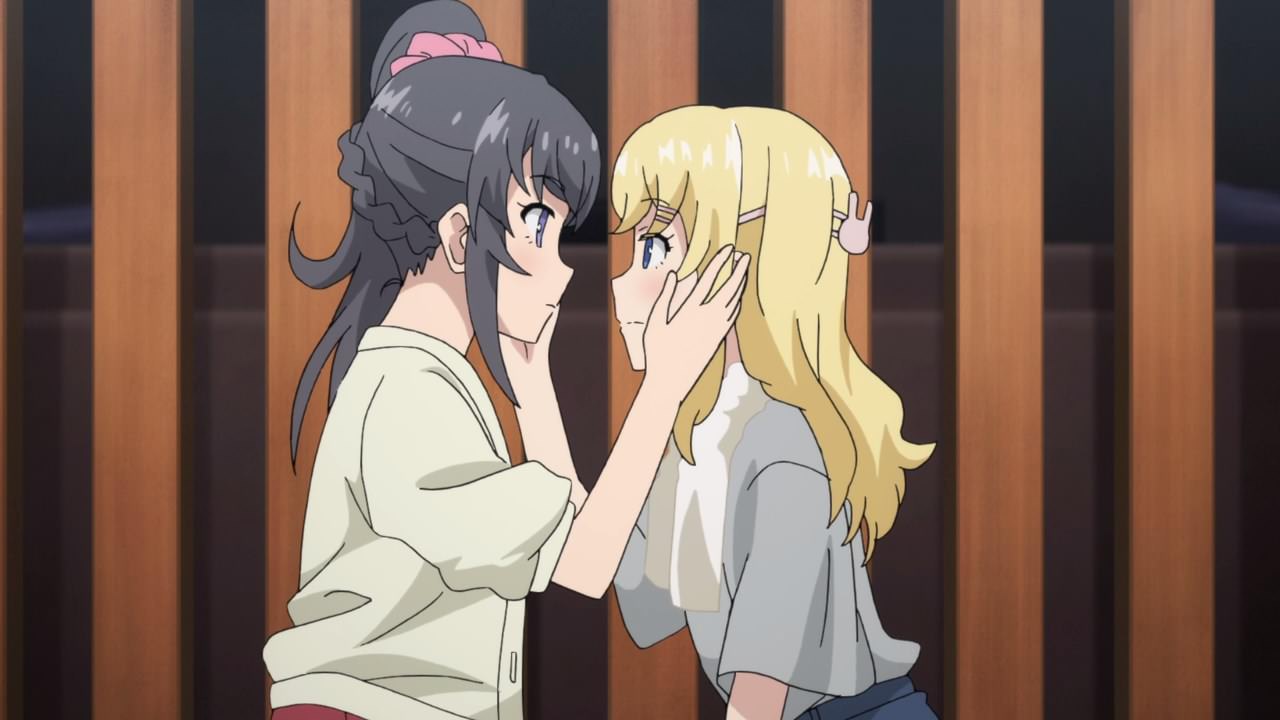 Well, there’s no need to wait as both Mai Sakurajima and Nodoka Toyohama returned to their original bodies, which is great news. However, it turns out that they didn’t swap personalities as Mai and Nodoka has simply changed their appearance, only to revert it once they reconciled. Creepy isn’t it?

But that’s about it for this story arc as I feel that Nodoka shouldn’t chase Mai-san in the beginning as she can become a better performer in her own terms. Or even a better idea if they have a heart-to-heart dialogue so that they could understand each other instead of distancing themselves.

Still, even with Mai Sakurajima and Nodoka Toyohama reconciled, there’s the issue of their parents and really, I blame their father for being a two-timing idiot. Would it be nice if they sit down a bit a talk. Anyways, I feel that this arc leaves a lot to be desired if it wasn’t for the politics that their parents played with their kids. 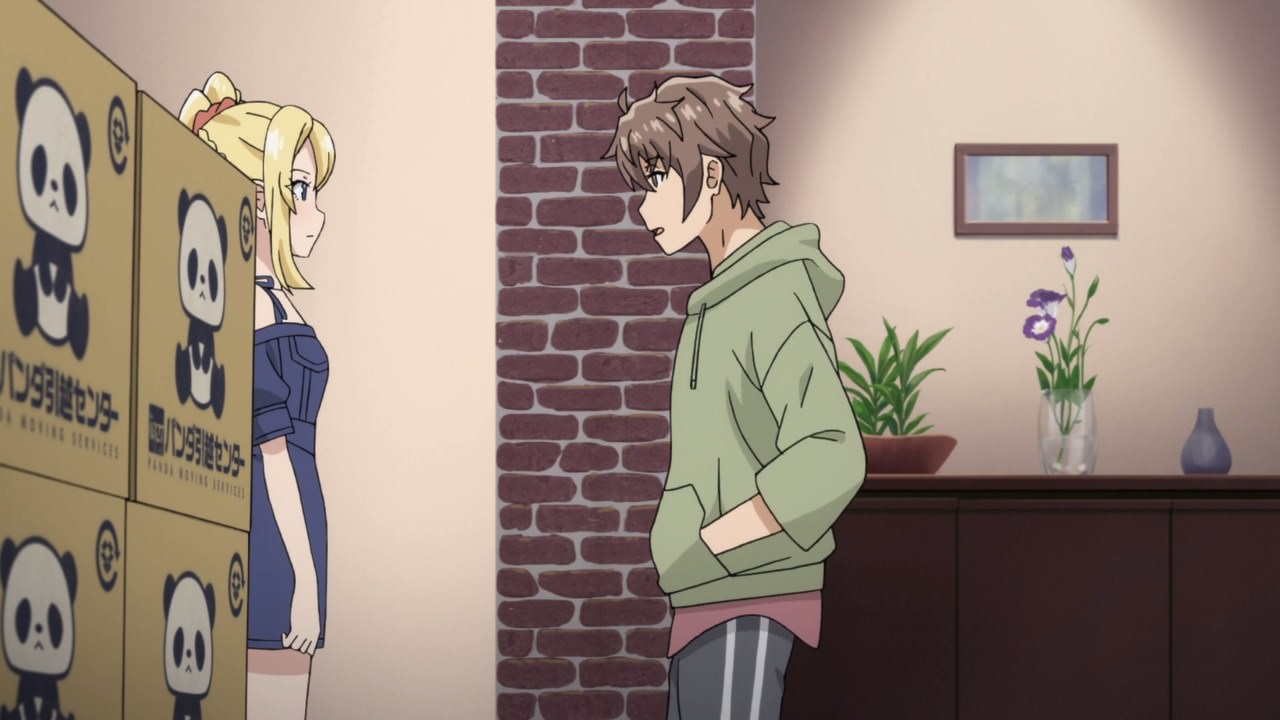 And now, it’s time for the after-story as Nodoka Toyohama decided to stay with her half-sister as she wants to understand Mai Sakurajima better. That’s good for her! 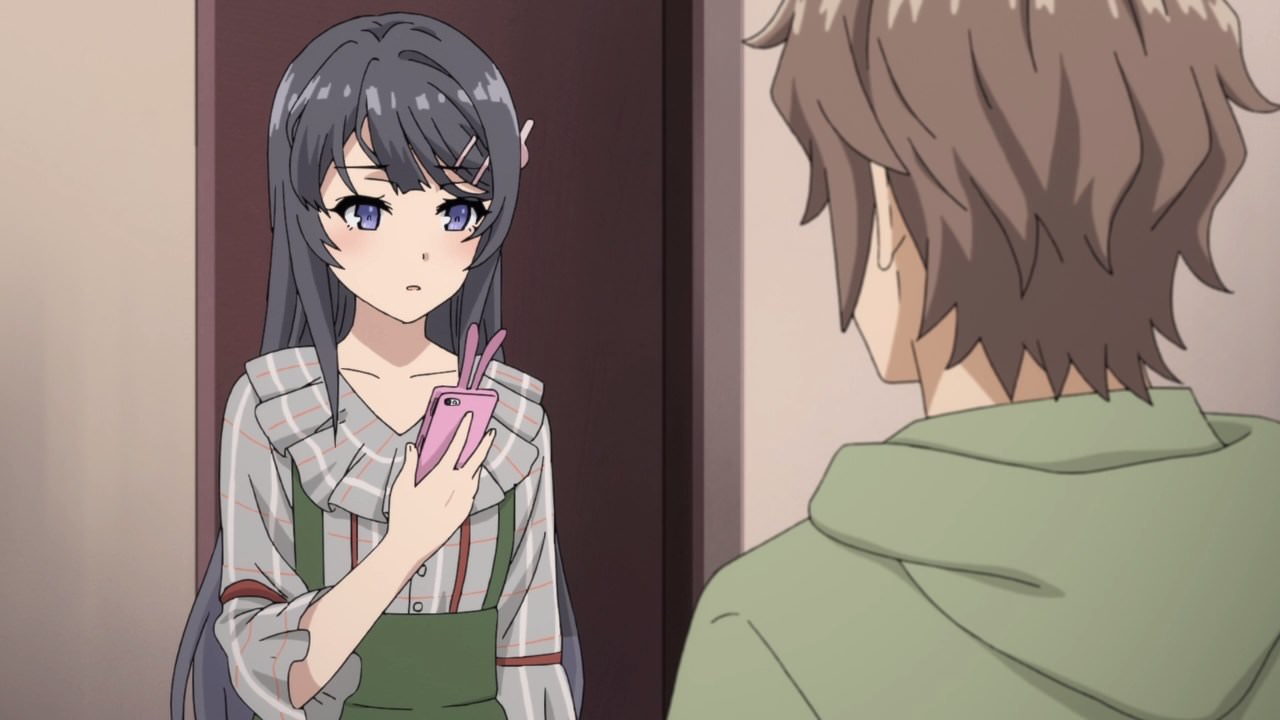 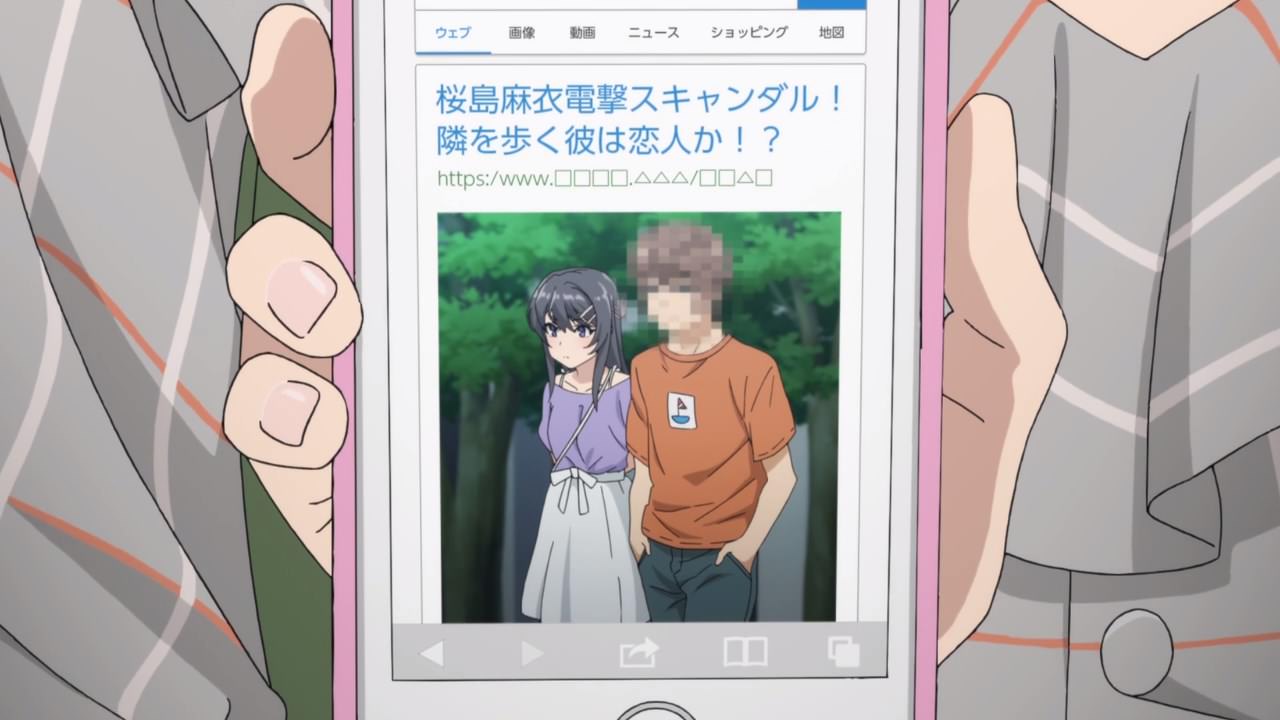 Turns out, someone took a photograph of them and make into a showbiz scoop for a profit. Well, Sakuta should be careful when dating Mai-sempai.

Anyways, I’ll see you next time for the next story arc and let’s hope that this gossip won’t get overblown that they’ll force both Sakuta and Mai-sempai to break up!