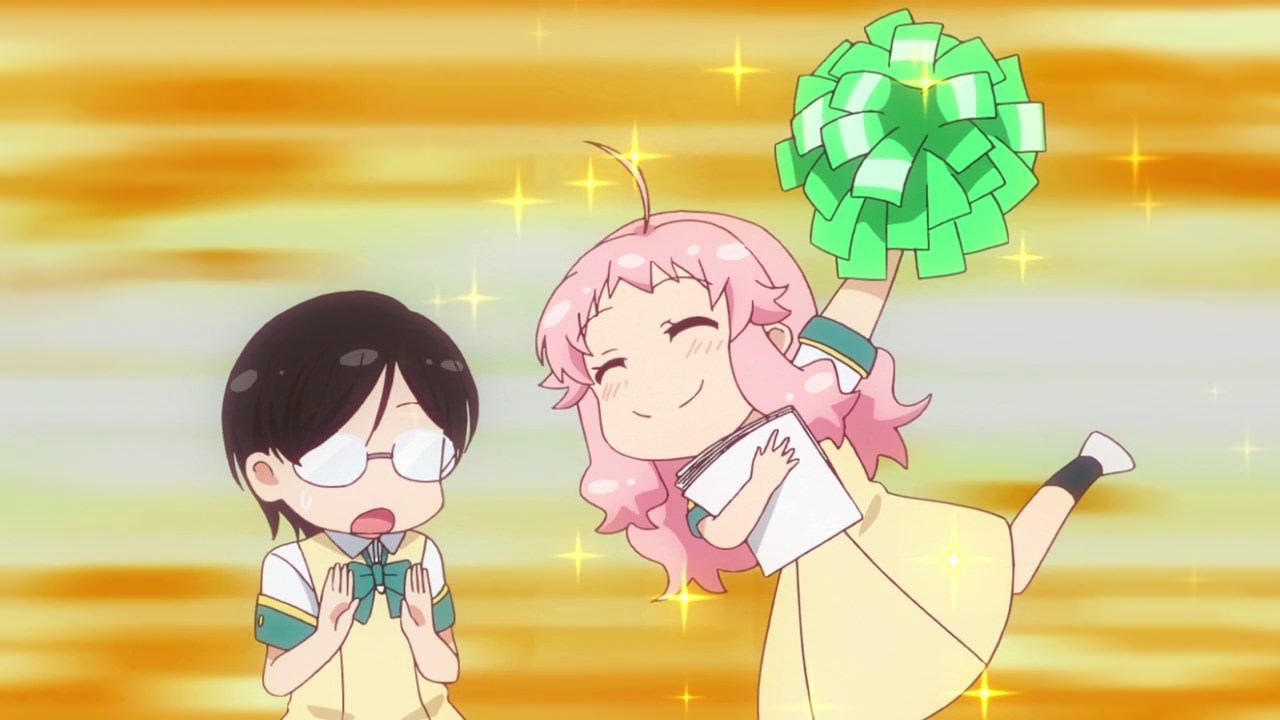 Hey everyone, here’s Kohane Hatoya as she offers her cheerleading services on behalf of the cheerleading club. Whether it’ll be athletic clubs… 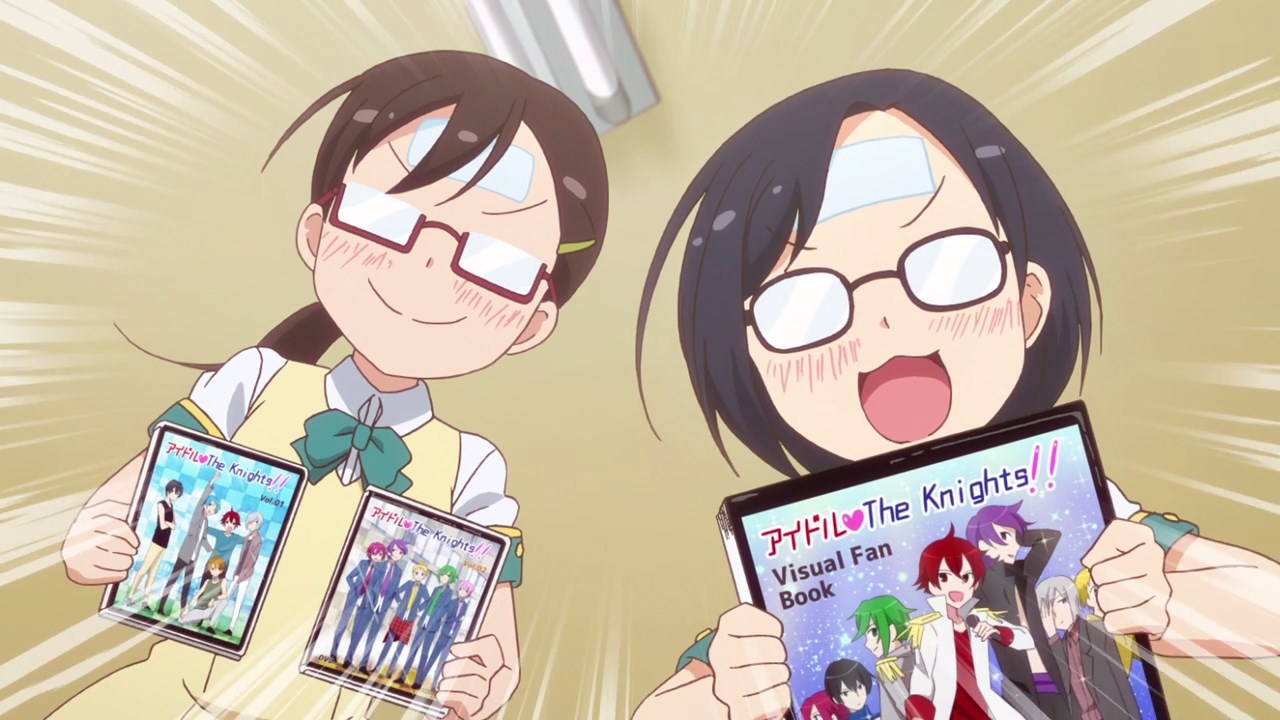 …or cultural clubs like the manga club, the cheerleading club will do their best to cheer them on.

By the way, they’re not gonna cheer some shady group or anything dangerous. Still, it’s silly to find Kohane and the rest supporting these amateur mangaka. 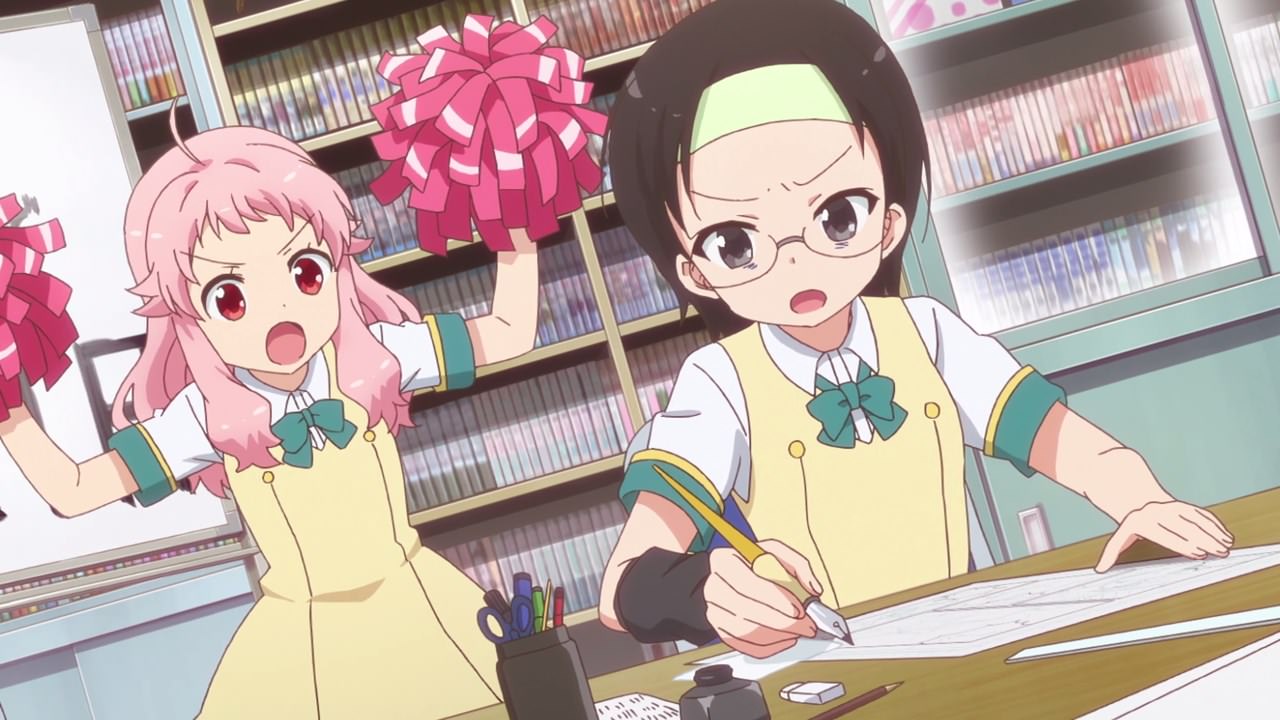 Anyways, the cheerleading club are doing their best to cheer these manga artists until they finished their work. C’mon, they’re having a crunch time right now. 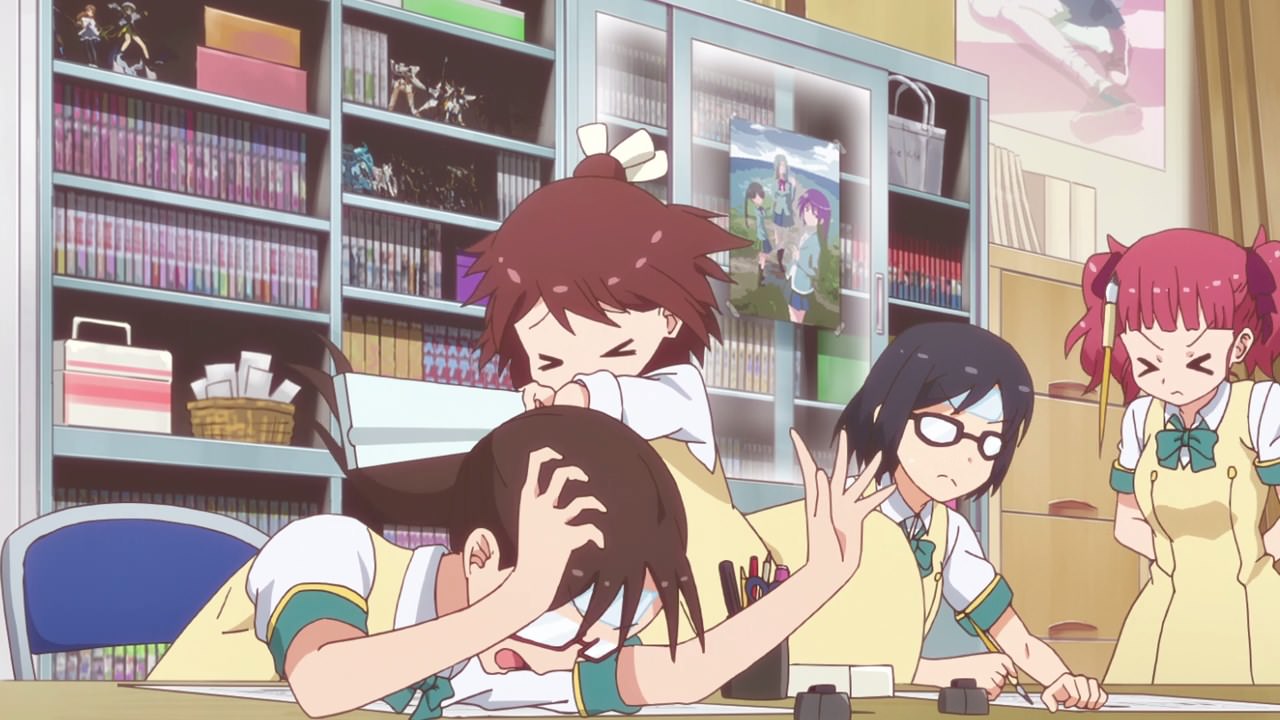 Also, they try waking them up by whacking them with a ruler. Yes, it’s cruel but these mangaka couldn’t afford to fall asleep.

Still, they managed the finish the manga in time for the deadline, all thanks to the cheerleading club. 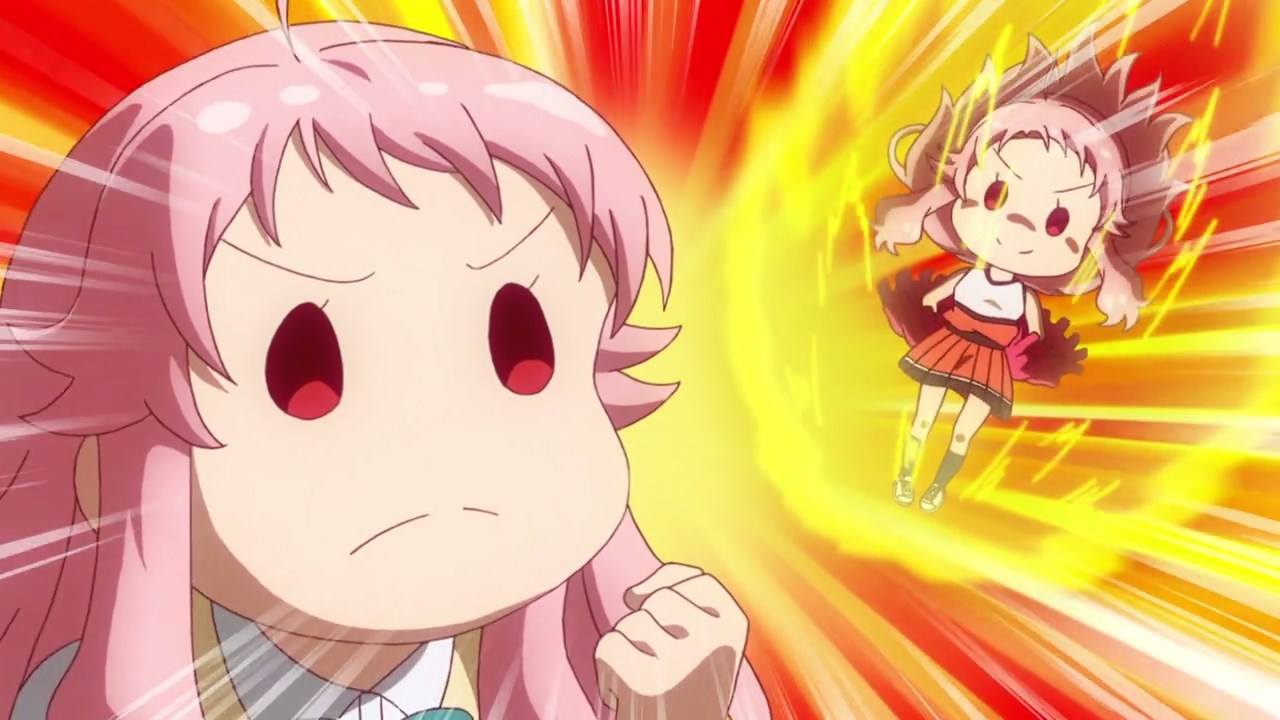 But for some reason, Kohane Hatoya is inspired by the manga club’s determination (and their reference manga) that she wants to train harder and become a Super Saiyan!

Um Kohane, just stick with “cute girls doing cute things” instead of turning this series into a shonen anime.

Thus, the cheerleading club went to the beach to have fun. Nah just kidding, they’re here to train because Hatoya and the rest are wearing sneakers.

Would it be nice if they run it barefoot? 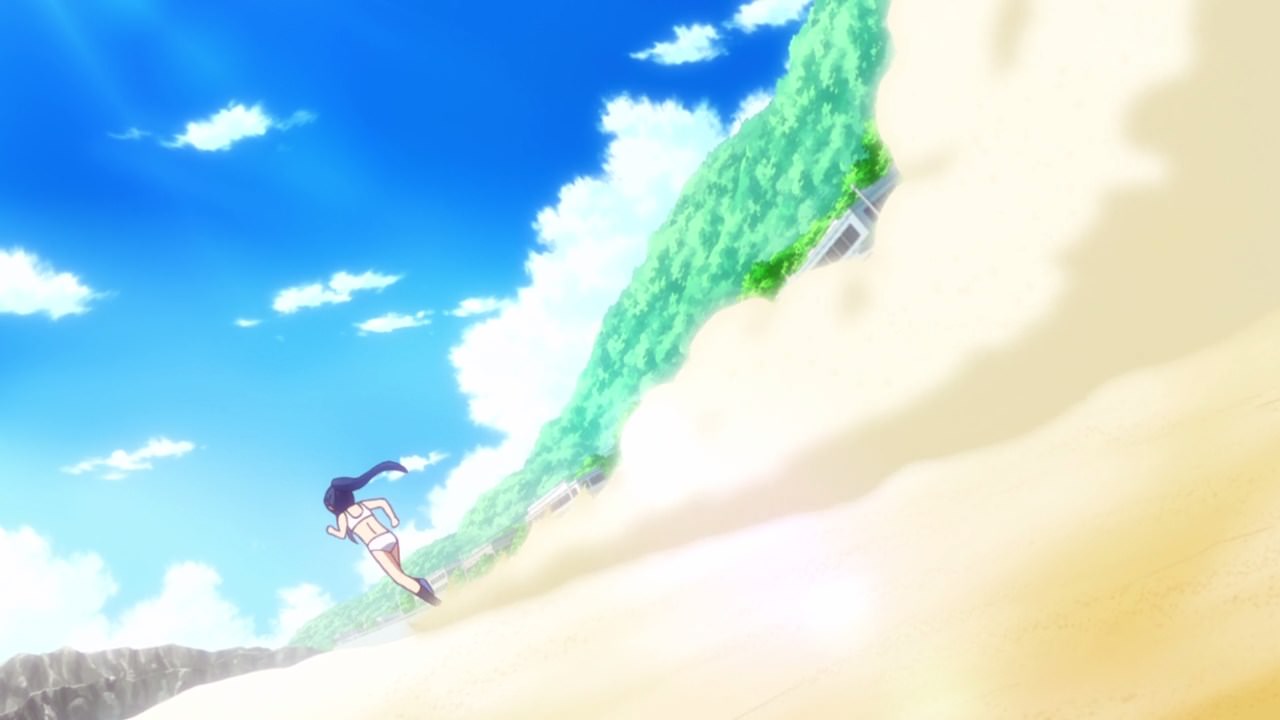 In any case, their training begins now as Hizume Arima dashes and takes the lead. 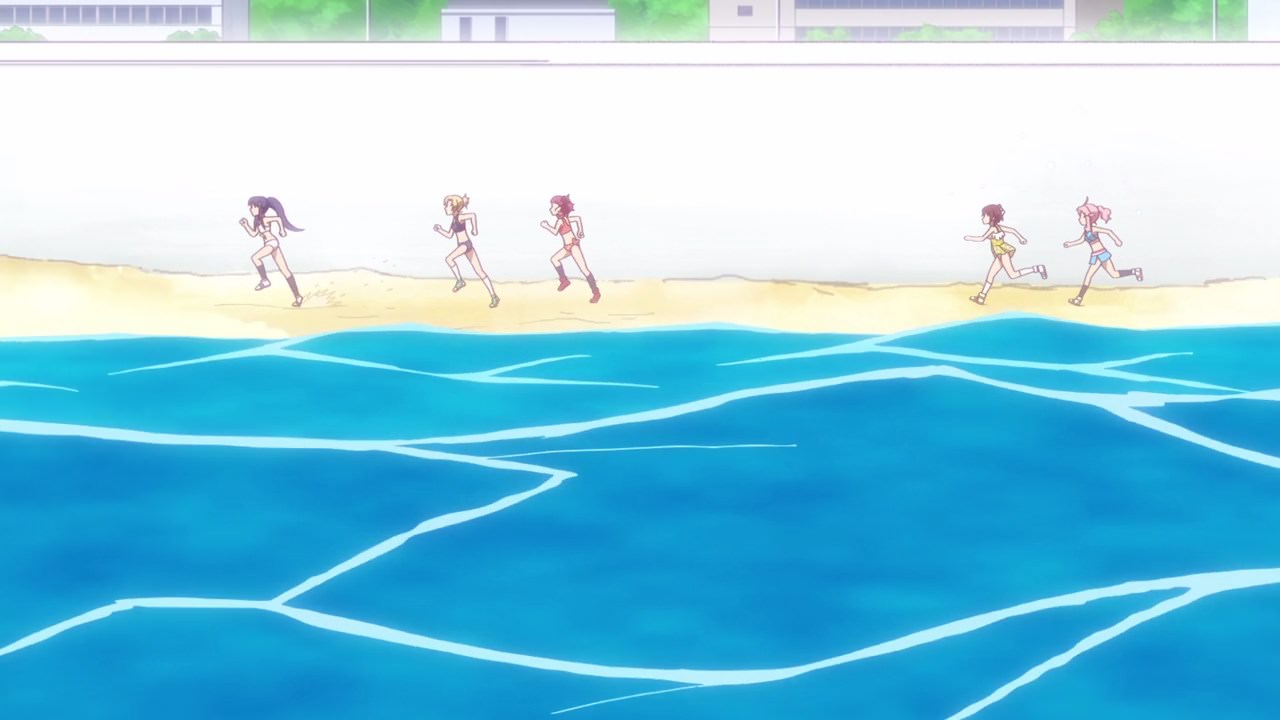 Then again, it would be nice if she change her pace as Kohane Hatoya and Kotetsu Tatejima are slow.

Well then, I hope they get better during the training camp because they’ll be participating in the cheerleading competition. 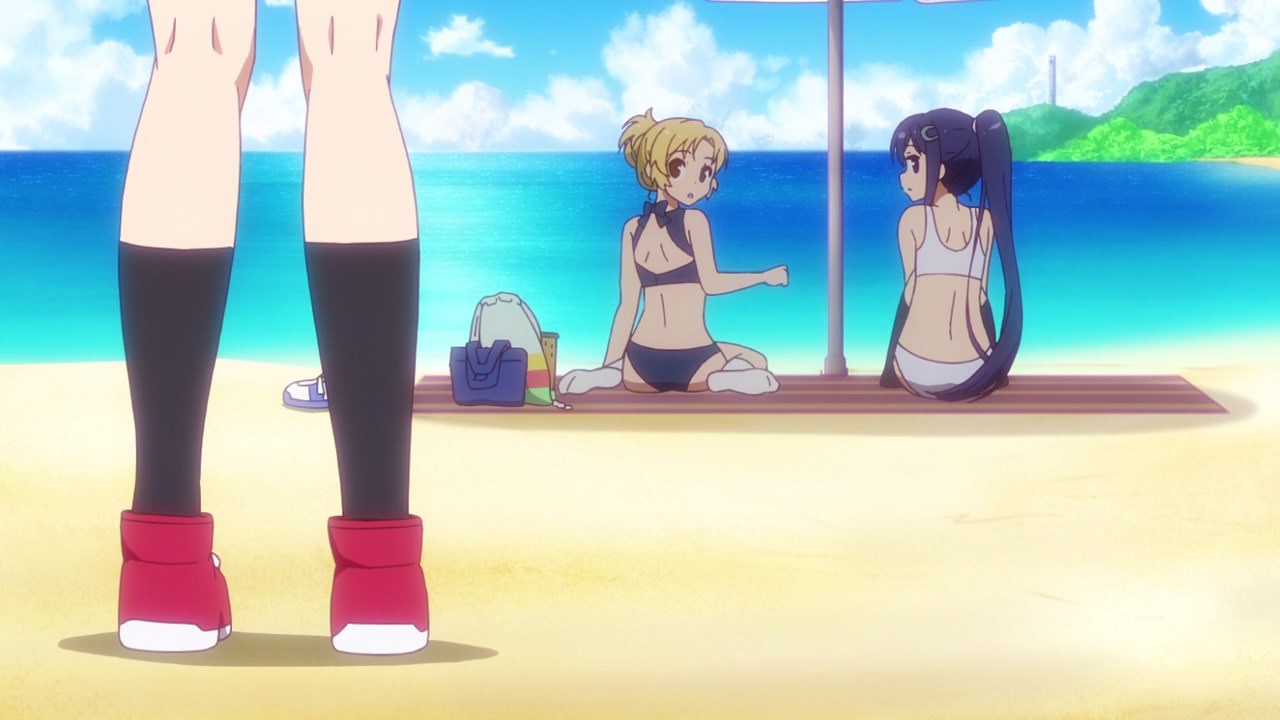 One last thing, looks like Hizume Arima was approached by a certain club member… 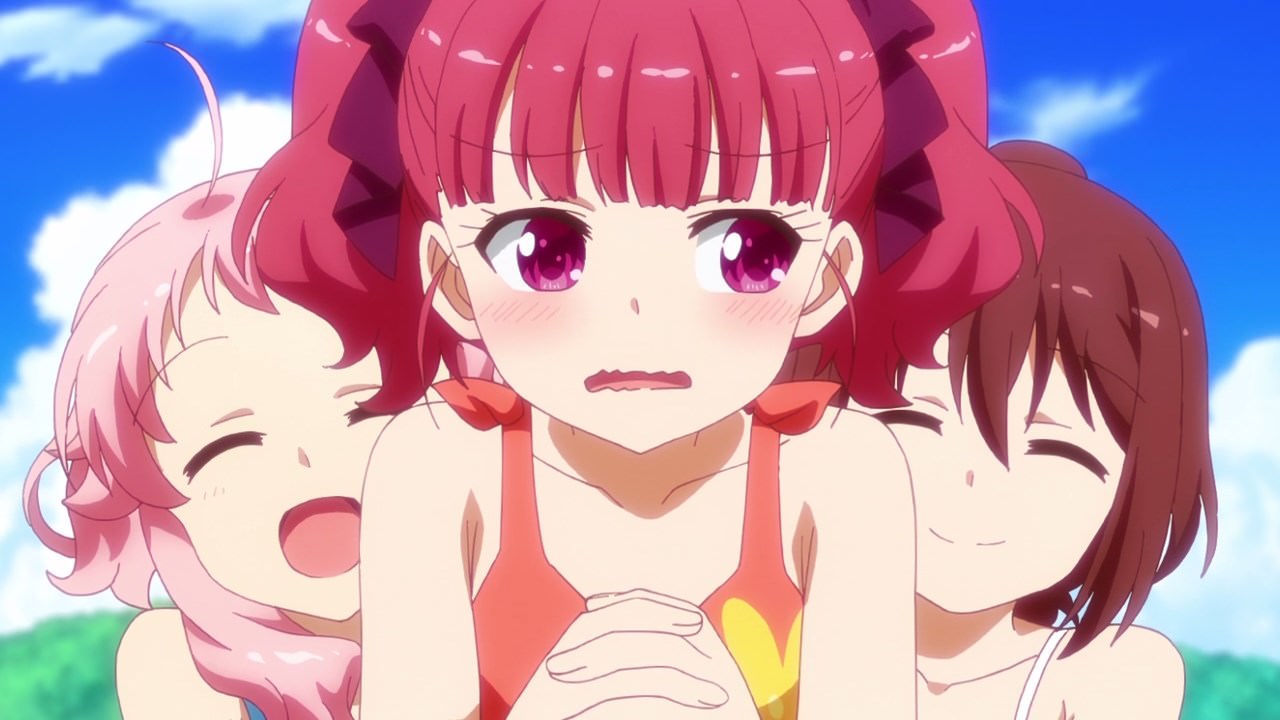 That’s right, it’s Kana Ushiku as she’s too shy to get closer to Hizume because she’s so darn amazing.

But you know what, enough the formalities for Ushiku as she should become more friendly towards Arima! After all, they’re teammates. 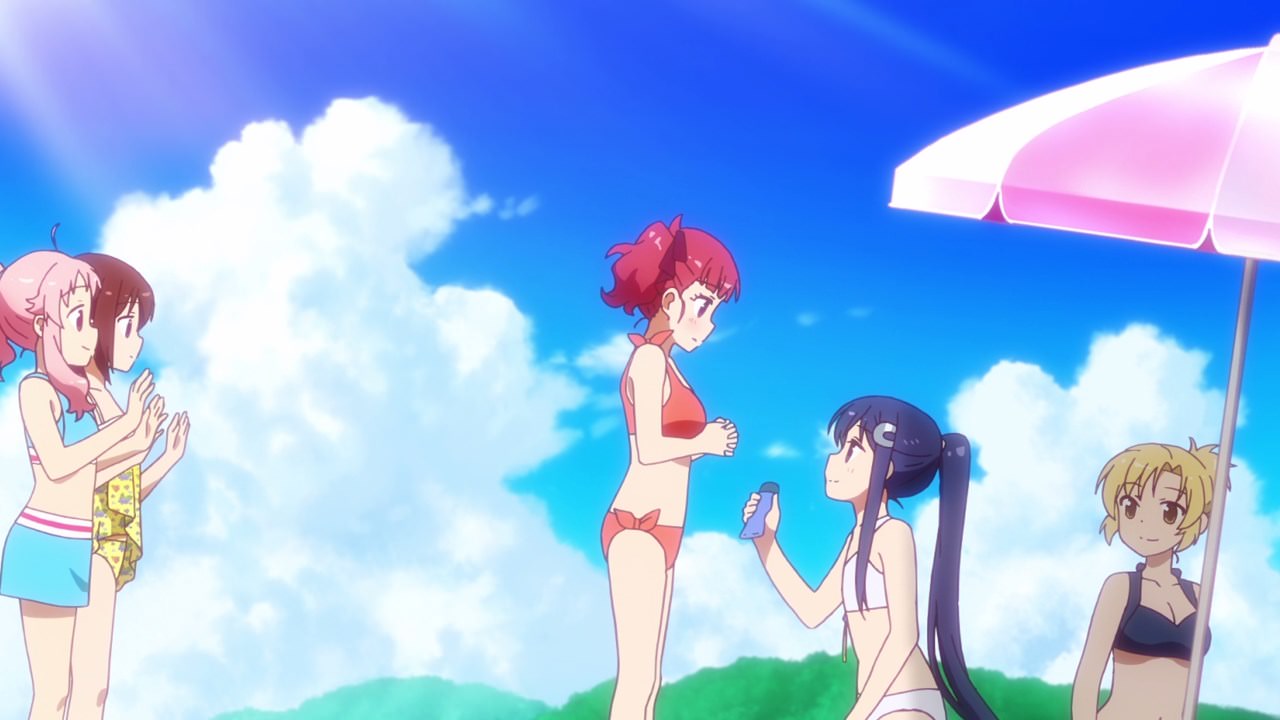 With that said, I hope that Kana Ushiku should treat Hizume Arima as a companion rather than a senior because Hizume is not a 2nd year student. Now if only Kana-chan should put some suntan onto Hizume…

Anyways, tune in next time for the penultimate episode. Let’s hope that the cheerleading club are ready for the upcoming competition!