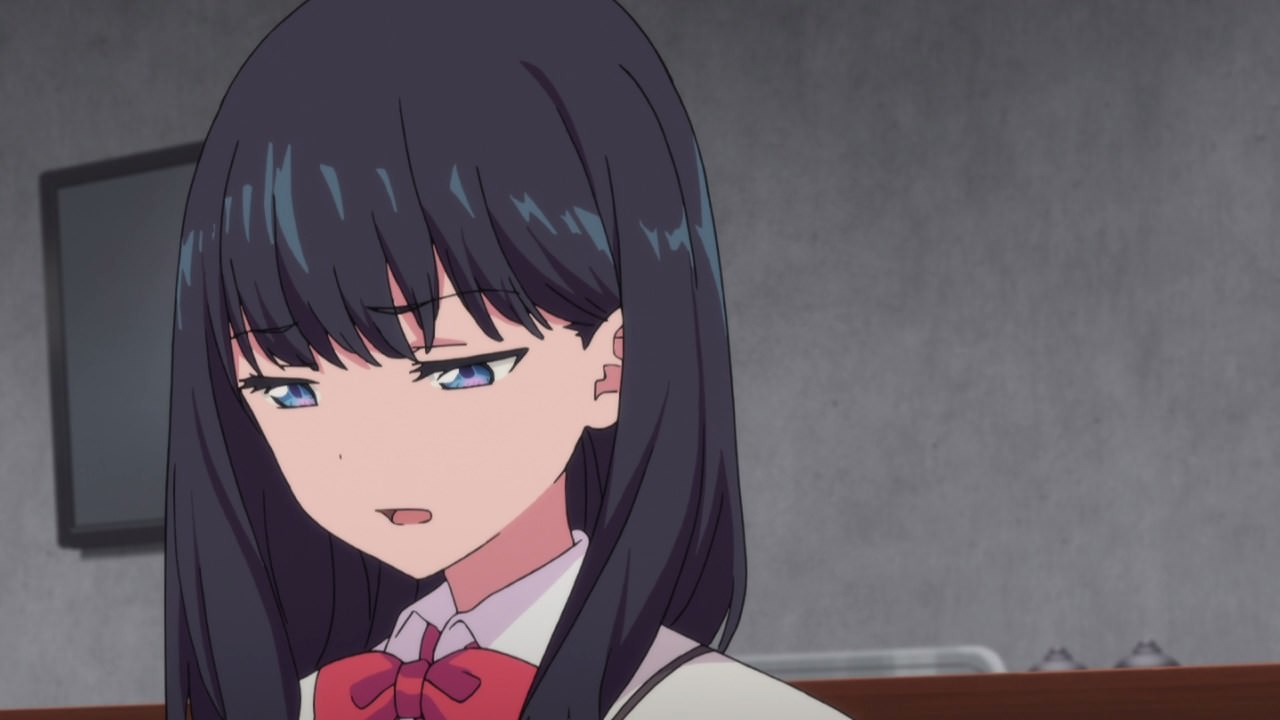 Well everyone, looks like Rikka Takarada spilled the beans that the town of Tsutsujidai and its inhabitants are all created by Akane Shinjou. Even Shou Utsumi couldn’t believe it! 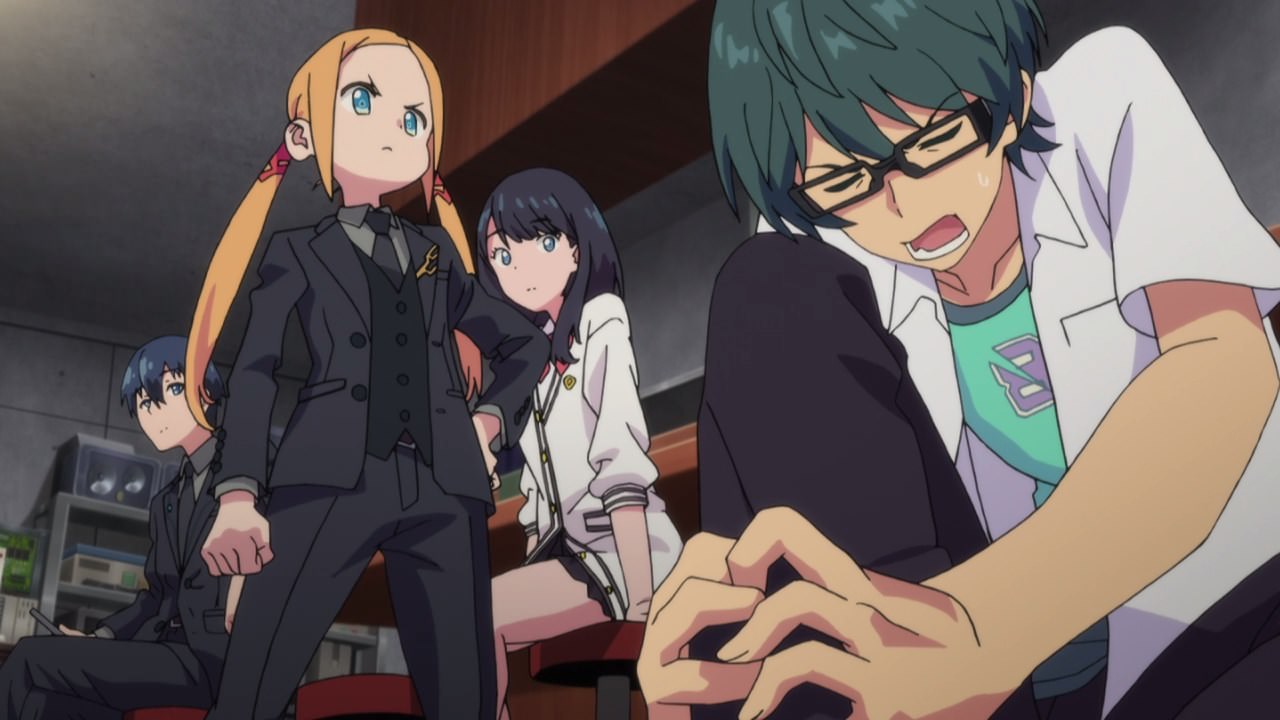 Still, there’s no time to be bewildered by this revelation as it’s time to find out by themselves.

Sorry Shou Utsumi, but you must face the harshest truth about your town. Also, it’s sucks that he got kicked in the shins by Borr! 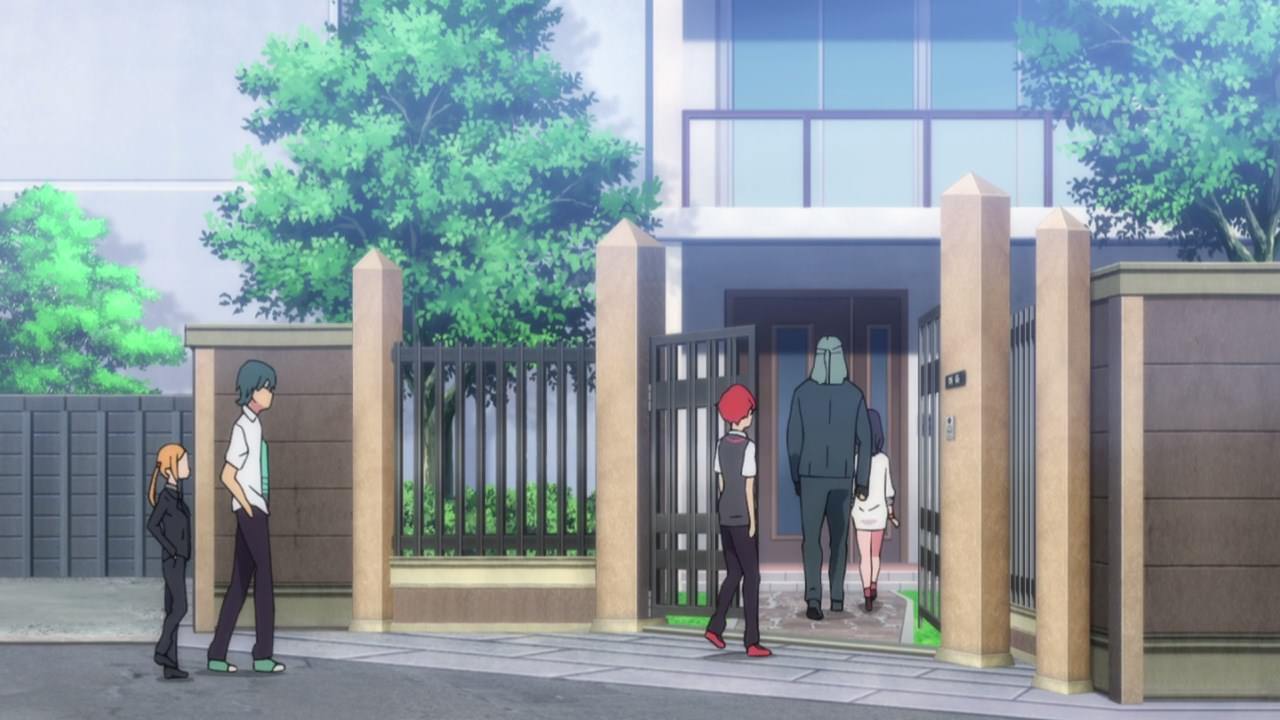 Anyways, time to confront Akane Shinjou by going to her mansion, which turns out that she lived beside Rikka Takarada’s house. Pretty near, isn’t it? 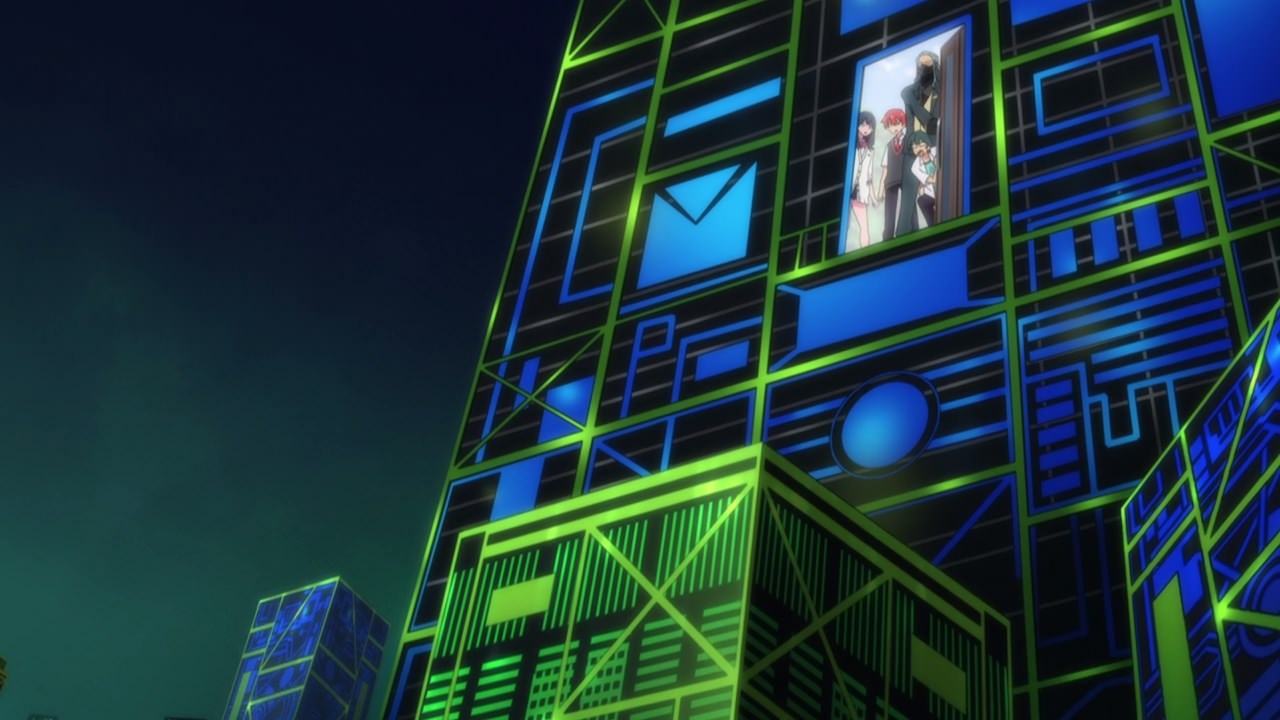 Except that when they opened the door, Akane is not there… or rather that she went to another dimension.

By the way, what Yuuta Hibiki and the rest see beyond that door is the Computer World, the same world that they saw back in Episode 7. And really, it feels that this facade of this town is starting to crumble. 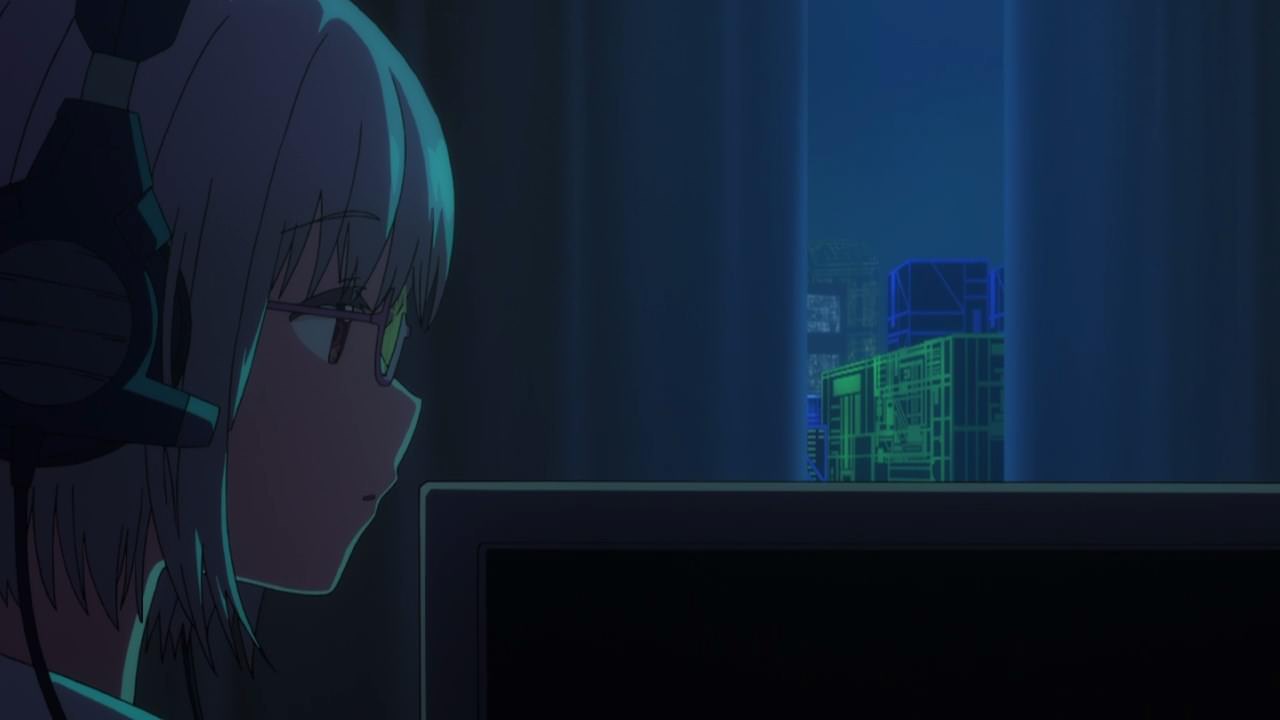 And here’s Akane Shinjou as she’s cooped-up from the outside world, although Akane is having a slump right now due to her massive losses against Gridman. 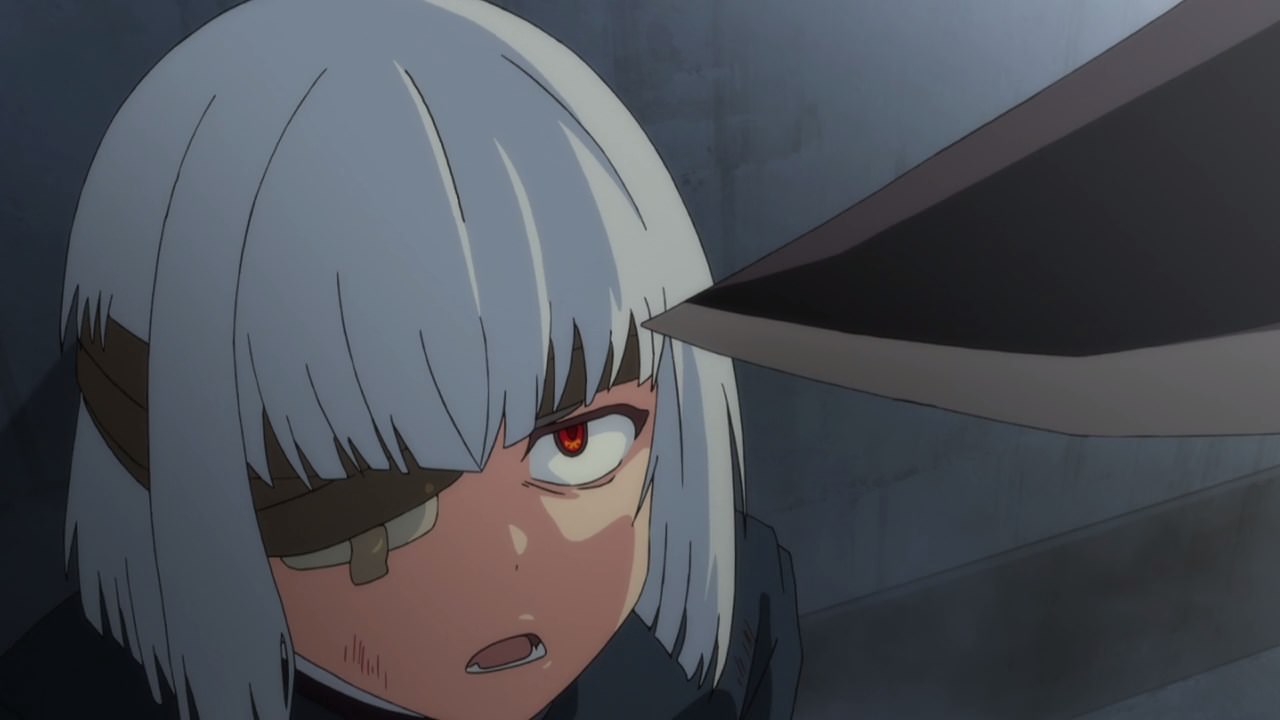 Speaking of someone having a grudge against Gridman, here’s Anti as he’s being cornered… 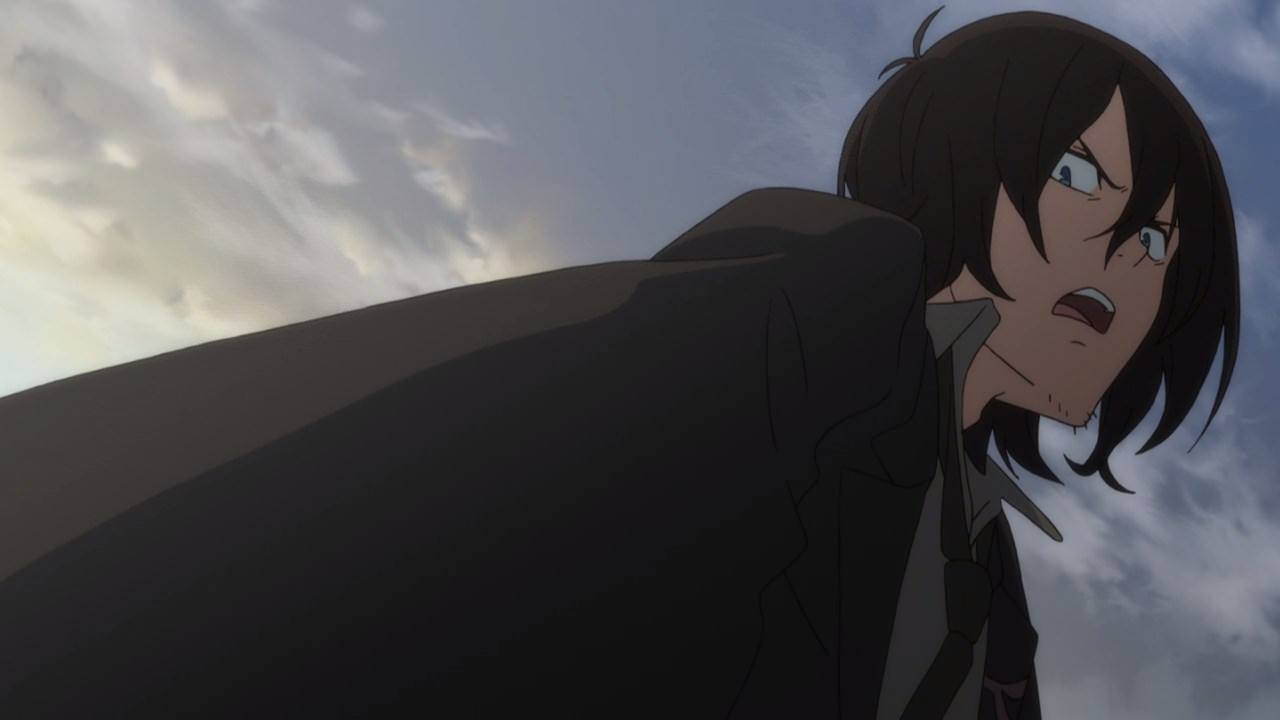 …by Samurai Calibur where he asked Anti on what he’ll do after defeating Gridman. Even then, Anti doesn’t know what to do other than being a rival to the hyper agent. 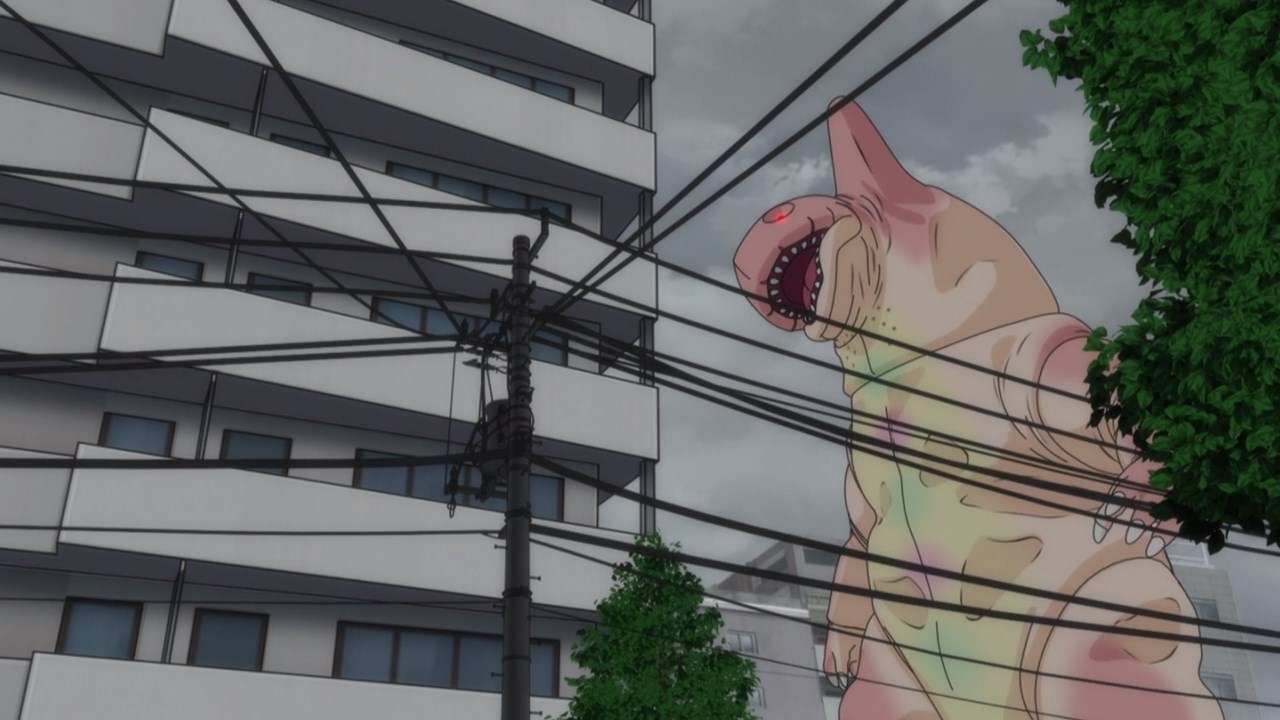 Anyways, let’s move onto this episode’s kaiju and I must say that it looks… odd. Wait, is Akane lost her touch that she’s creating derpy-like creatures? 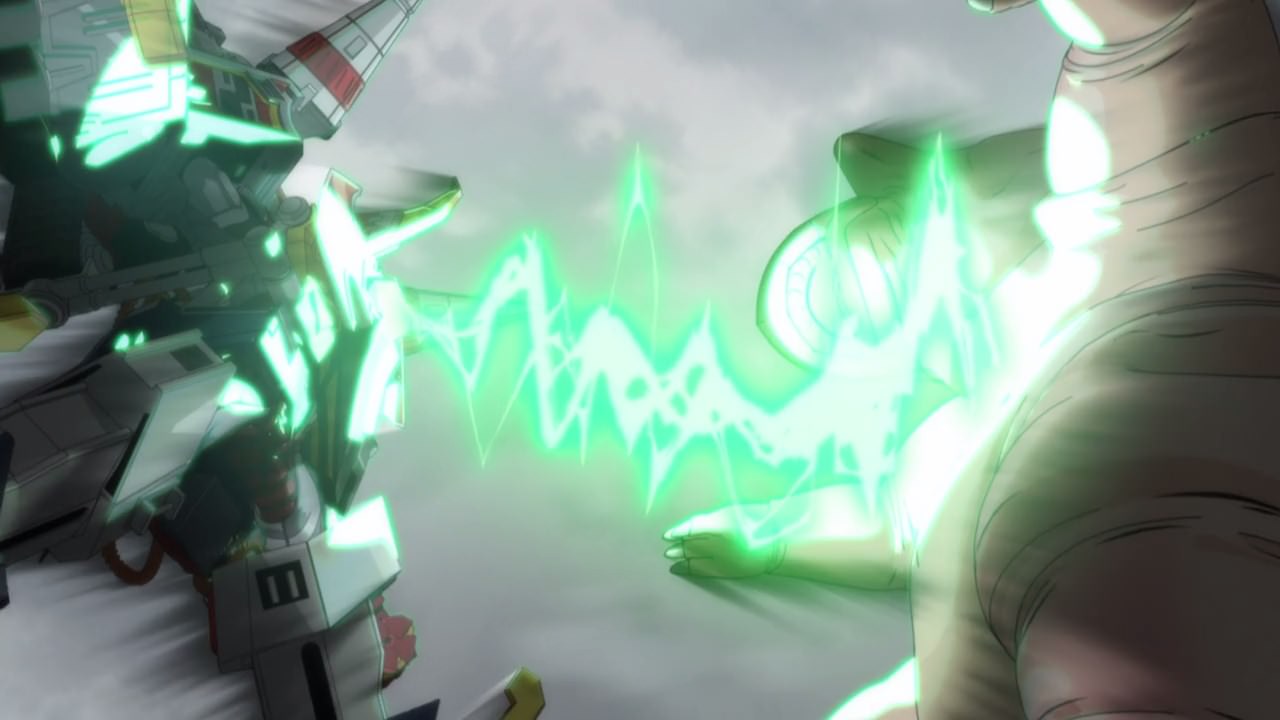 Fortunately, Gridman is here to defeat this kaiju and save this town. Gotta say that it’s an easy victory for the hyper agent! 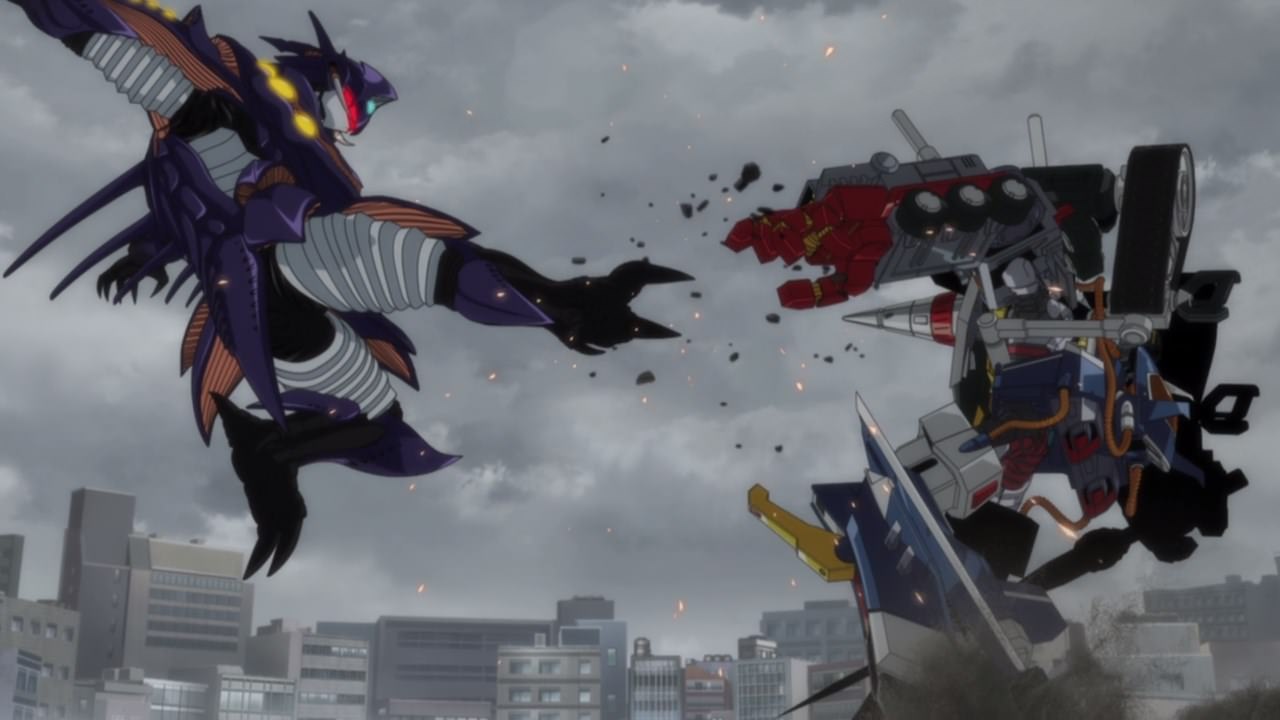 That’s until Anti appeared in which his killer instincts are tingling as he tries to kill Gridman as usual. 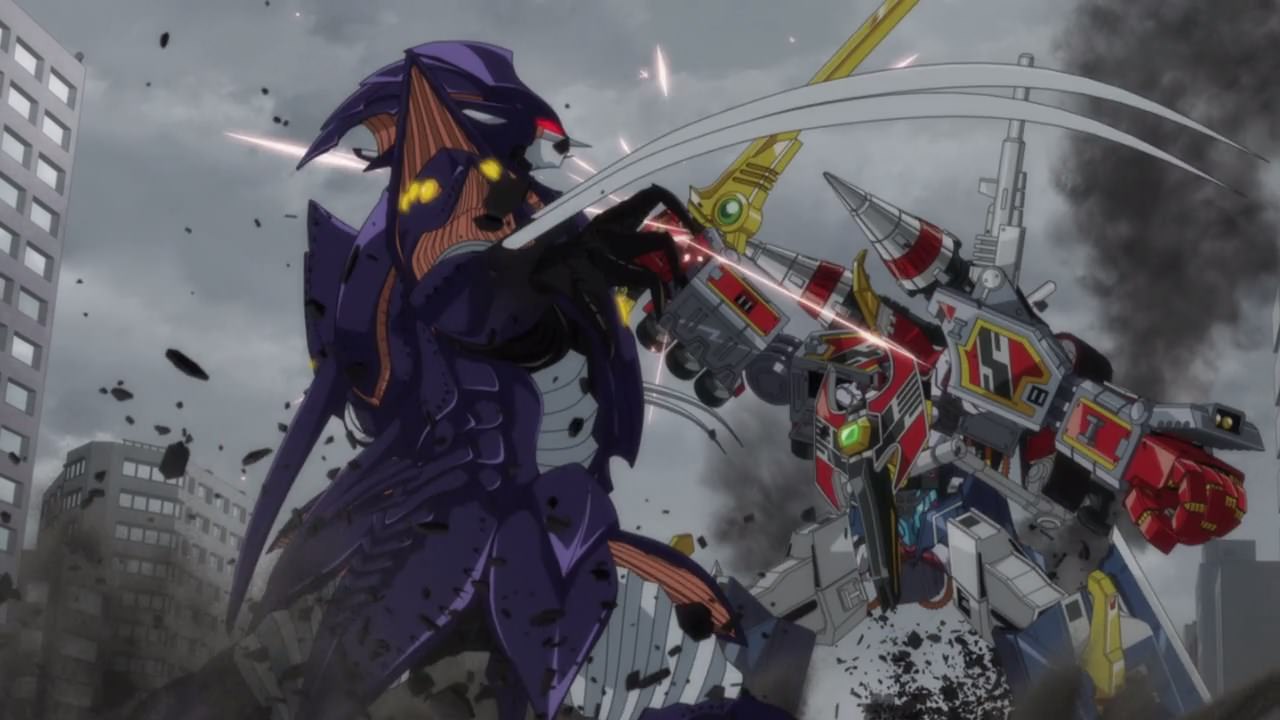 But even then, Anti is no match against the hyper agent and his assist weapons. I mean, Anti couldn’t beat Full Powered Gridman at this point. 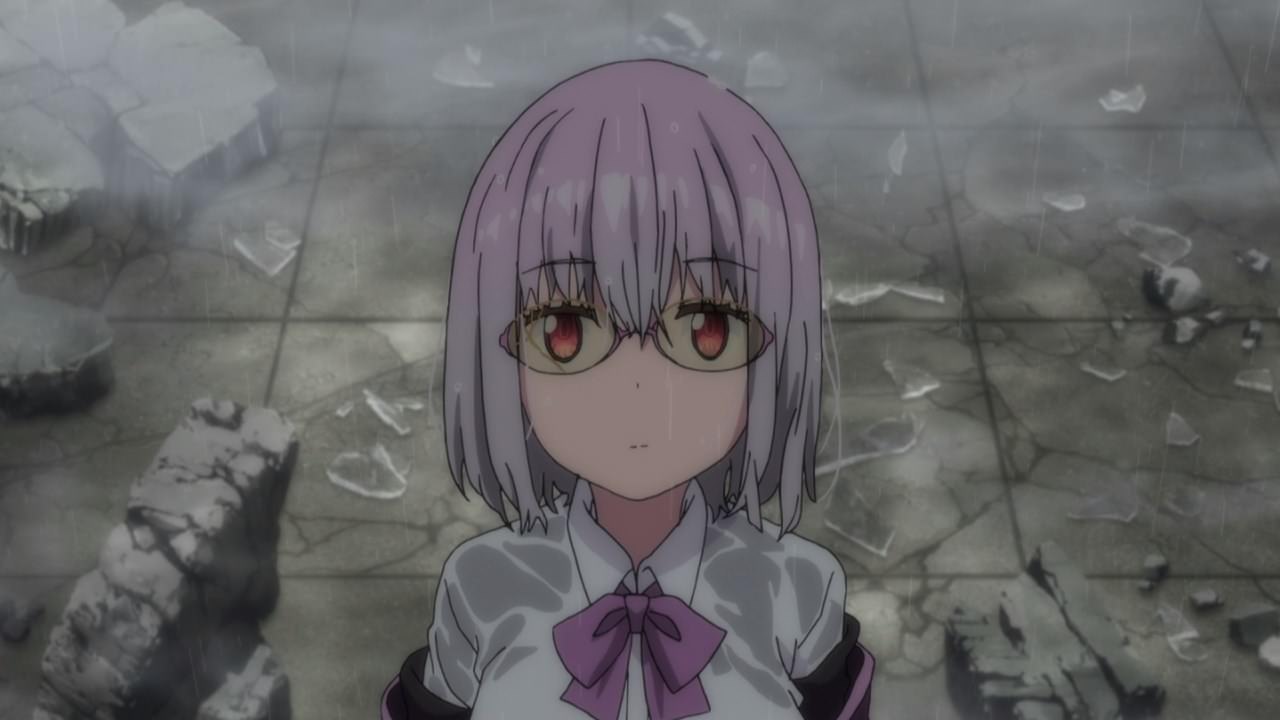 Meanwhile, here’s Akane Shinjou as she went outside for a stroll. However, she decided not to attend school because Akane is a goddess. I mean, who wants to attend school? 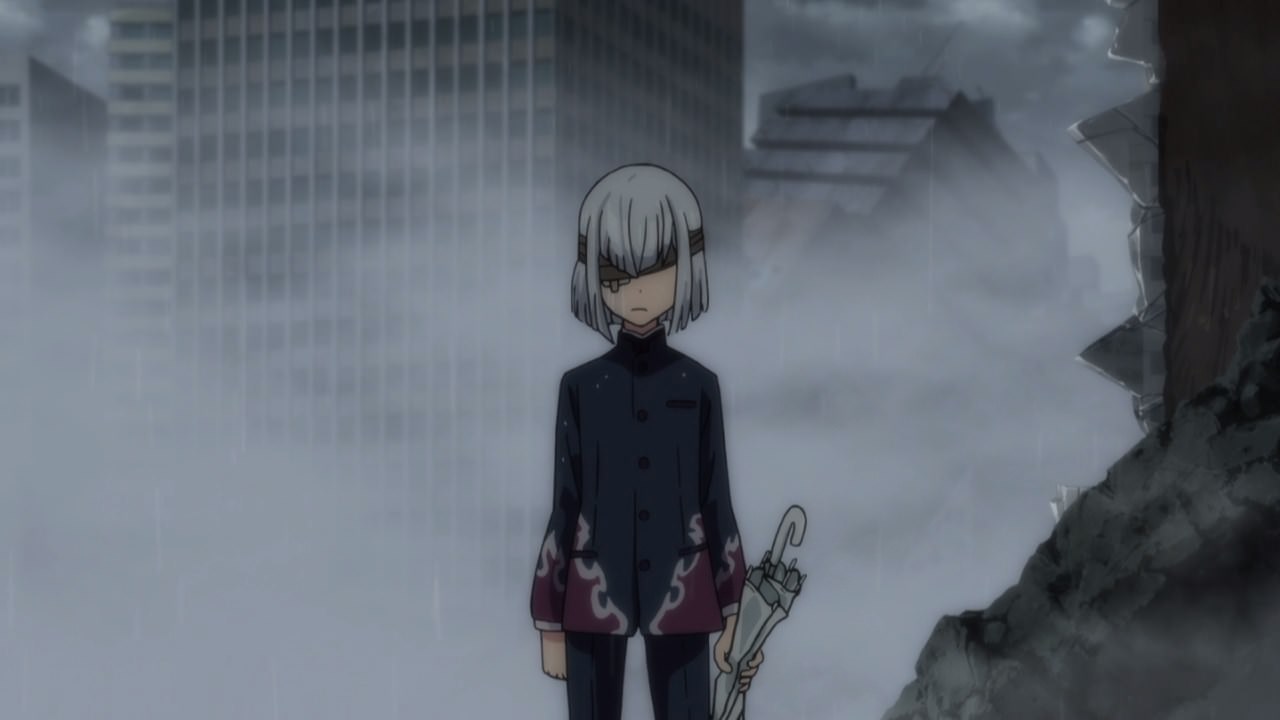 Also, here’s Anti as he’s defeated yet again. But you know what, being a kaiju and a human is a bad idea as Anti is becoming the latter than the former. 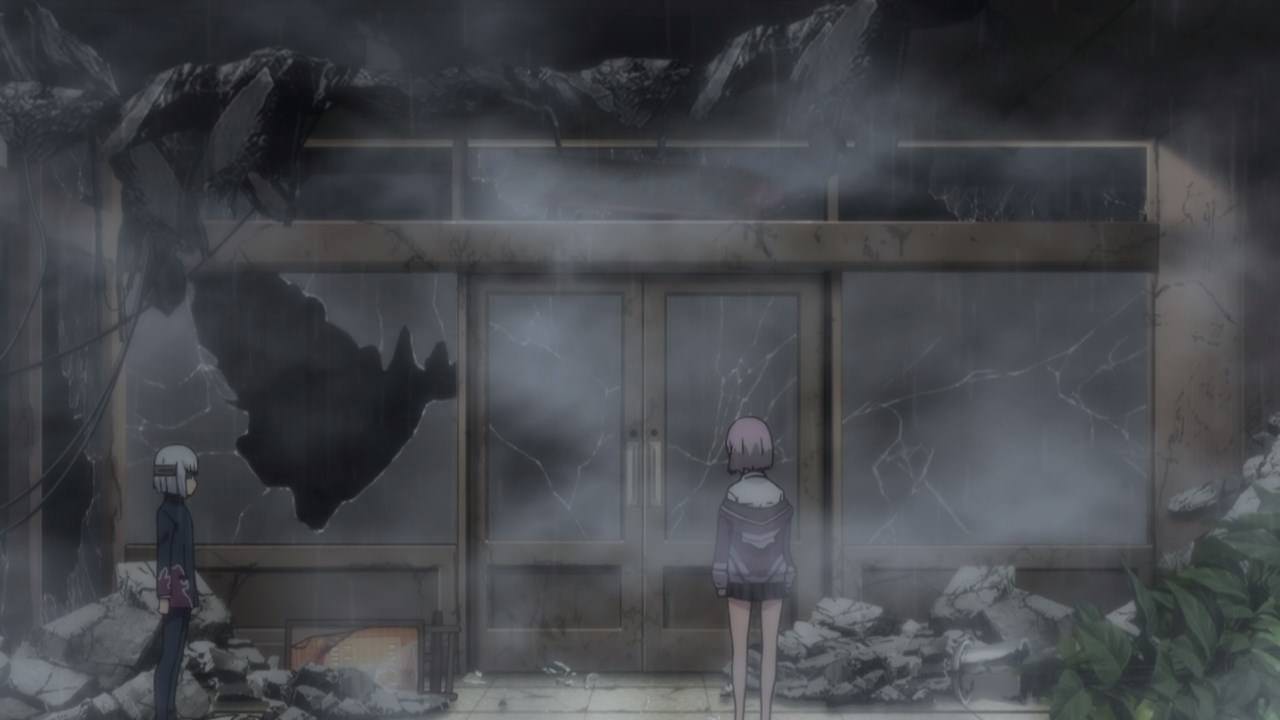 In any case, Akane told Anti to get out of her sight because she sees him as a failure. After all, kaiju can’t understand people’s feelings because they use their animal instincts to fight.

Oh, and Akane won’t treat him food either. Gotta say that I feel sorry for him! 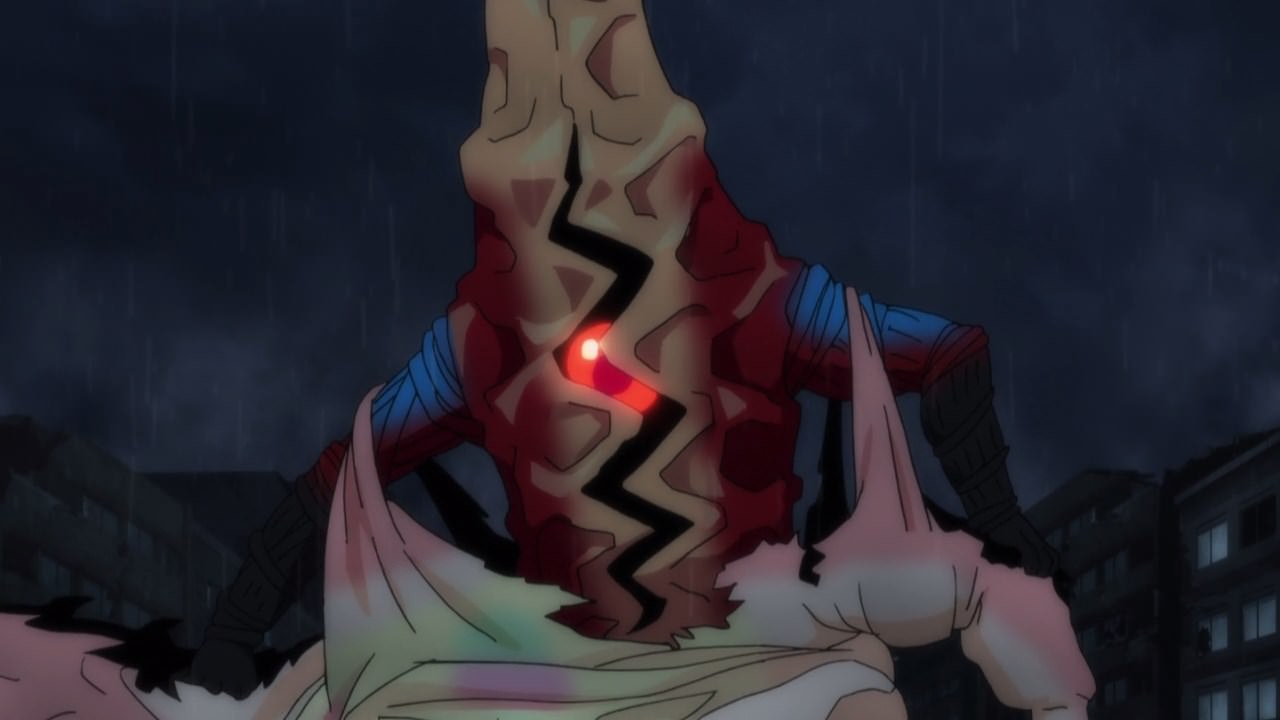 Meanwhile, here’s the kaiju from earlier as it turns out that there’s another one emerged from its shell. 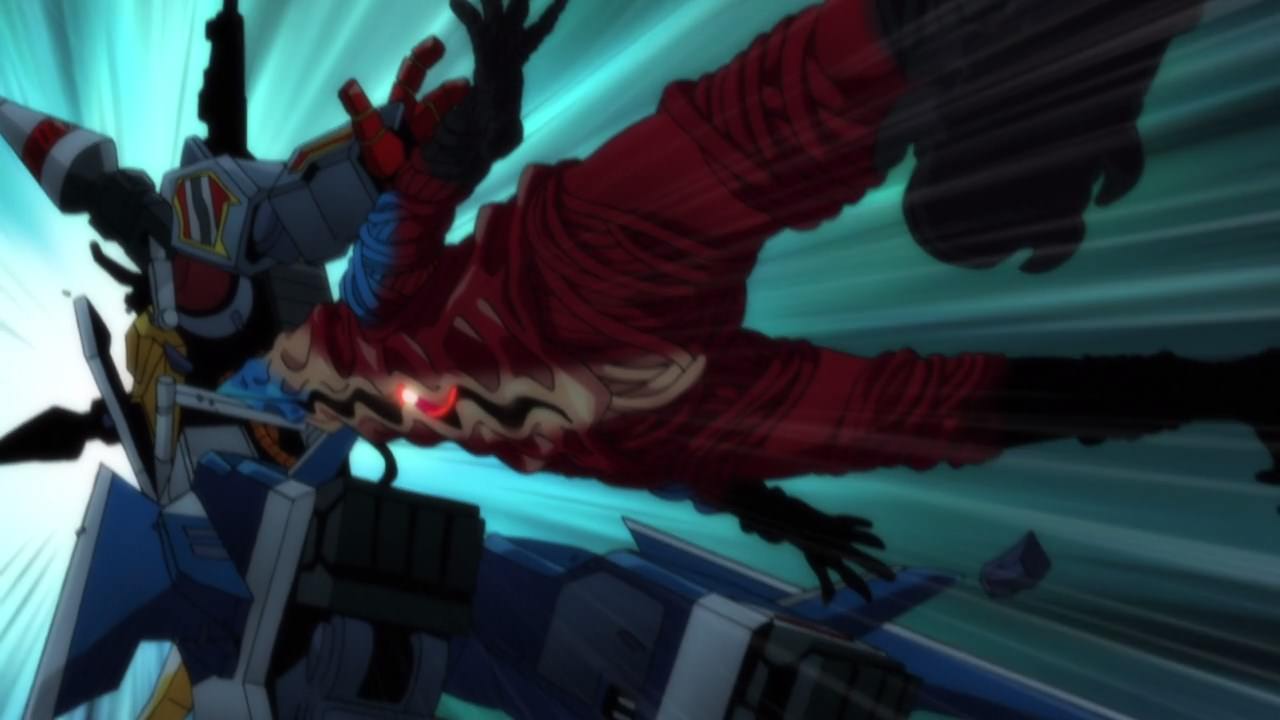 Unlike the previous one, this kaiju is very strong and agile that Gridman couldn’t keep up. 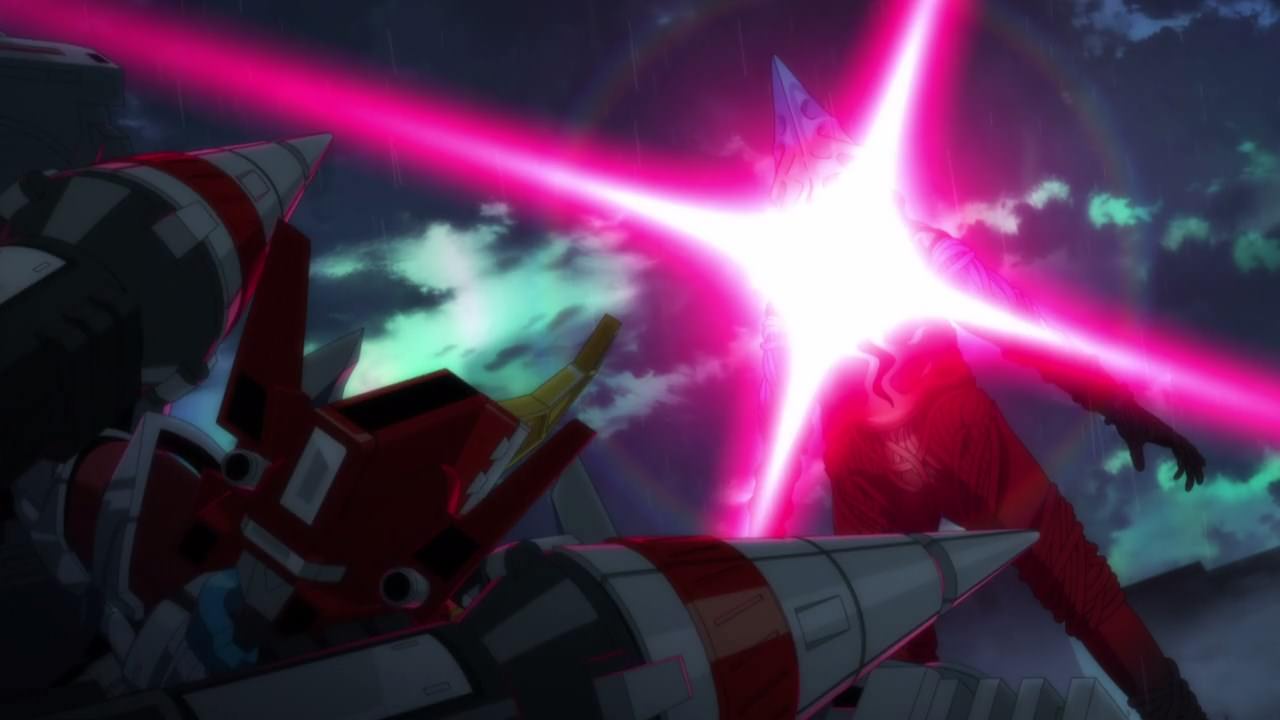 And to make it worse, this kaiju is about to fire its lasers towards the hyper agent… 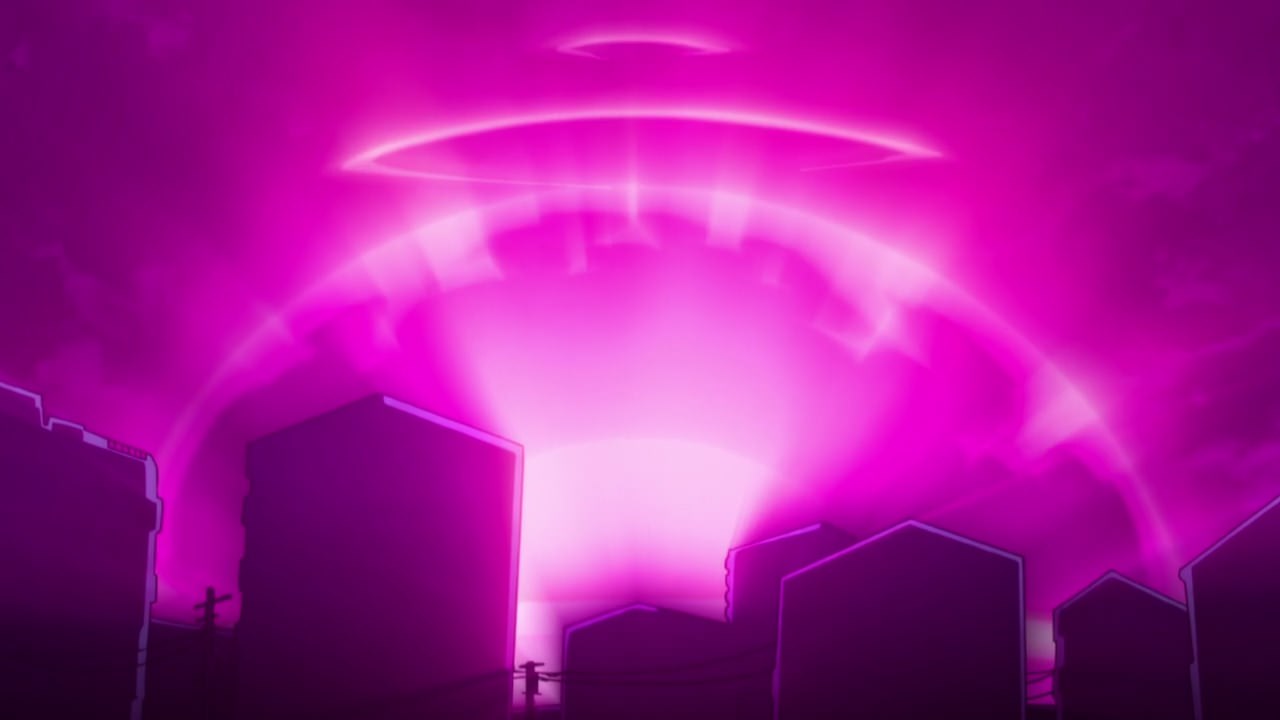 …in which it creates a powerful explosion. And really, no one could survive that! 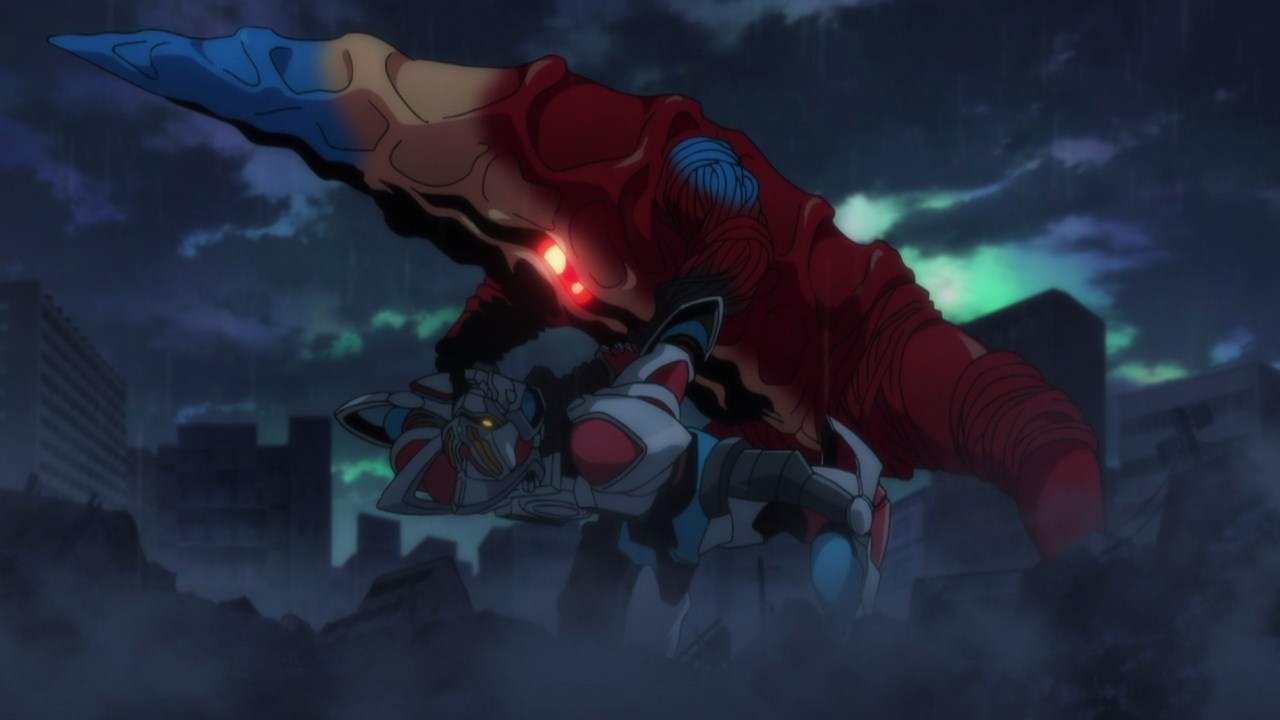 Anyways, looks like Gridman is about to lose this fight against this pesky kaiju. As for his Assist Weapons, they’re too weak to back him up. 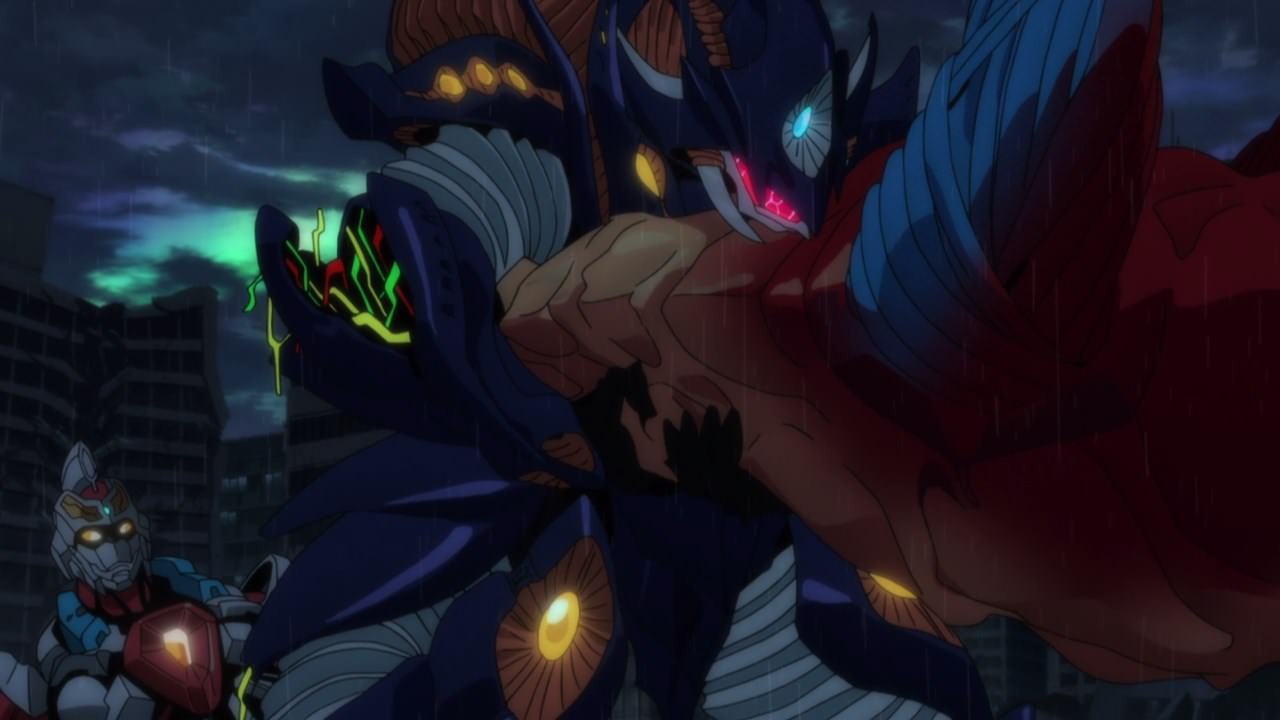 That’s until Anti appeared and I can’t believe that he’s helping Gridman, his only rival in life. 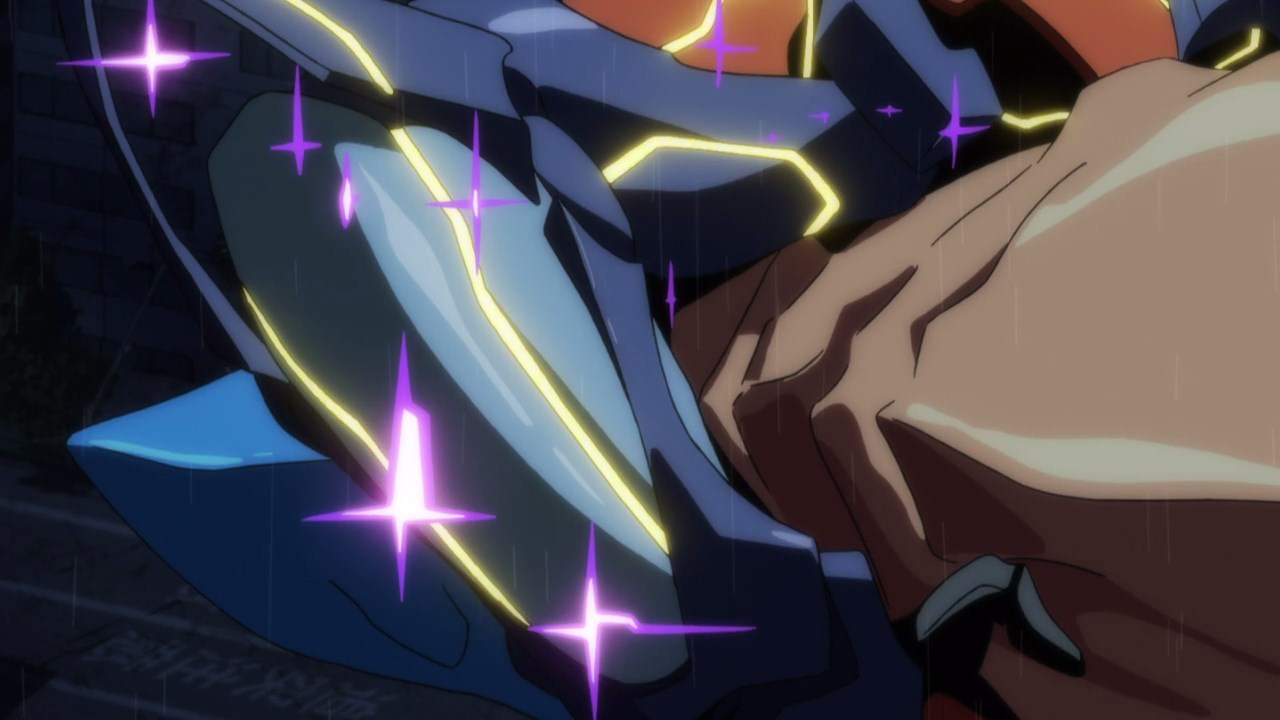 Not only that but Anti has changed appearance. What’s going on here? 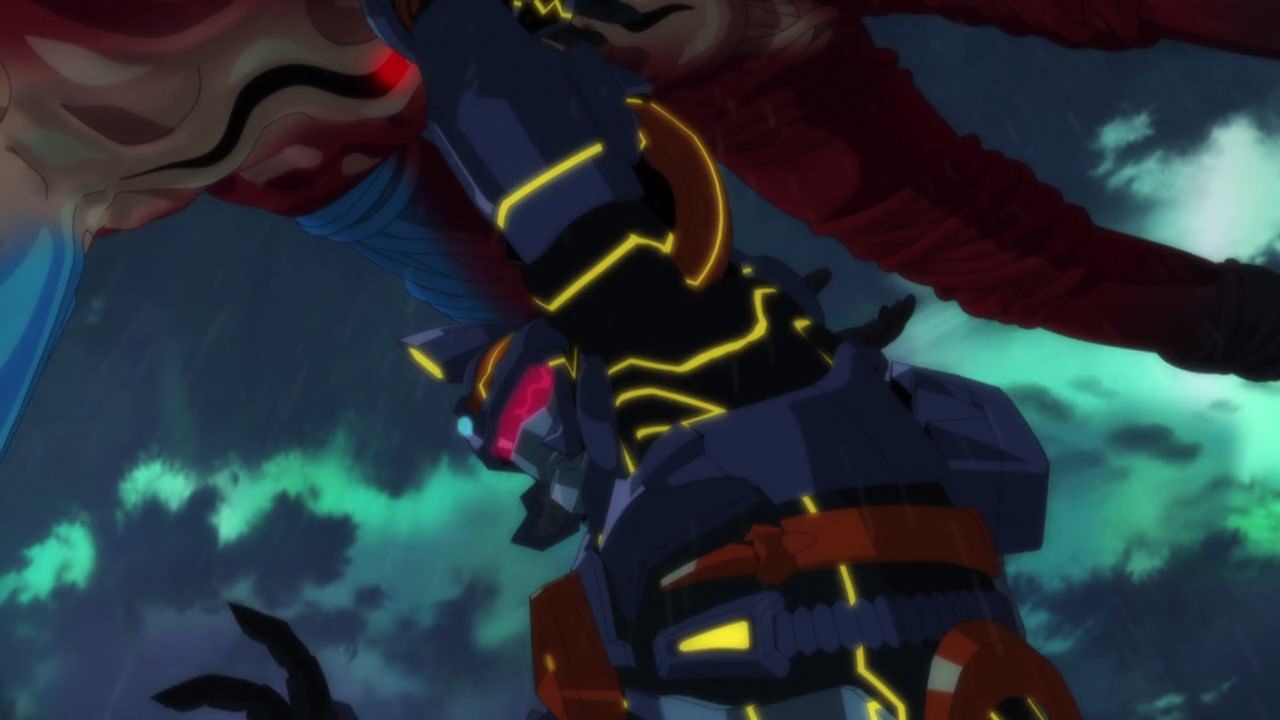 Turns out, Anti has copied- No, transformed into a hyper agent known as Gridknight. It’s ironic that he become like Gridman where he’s born to defeat the hyper agent. 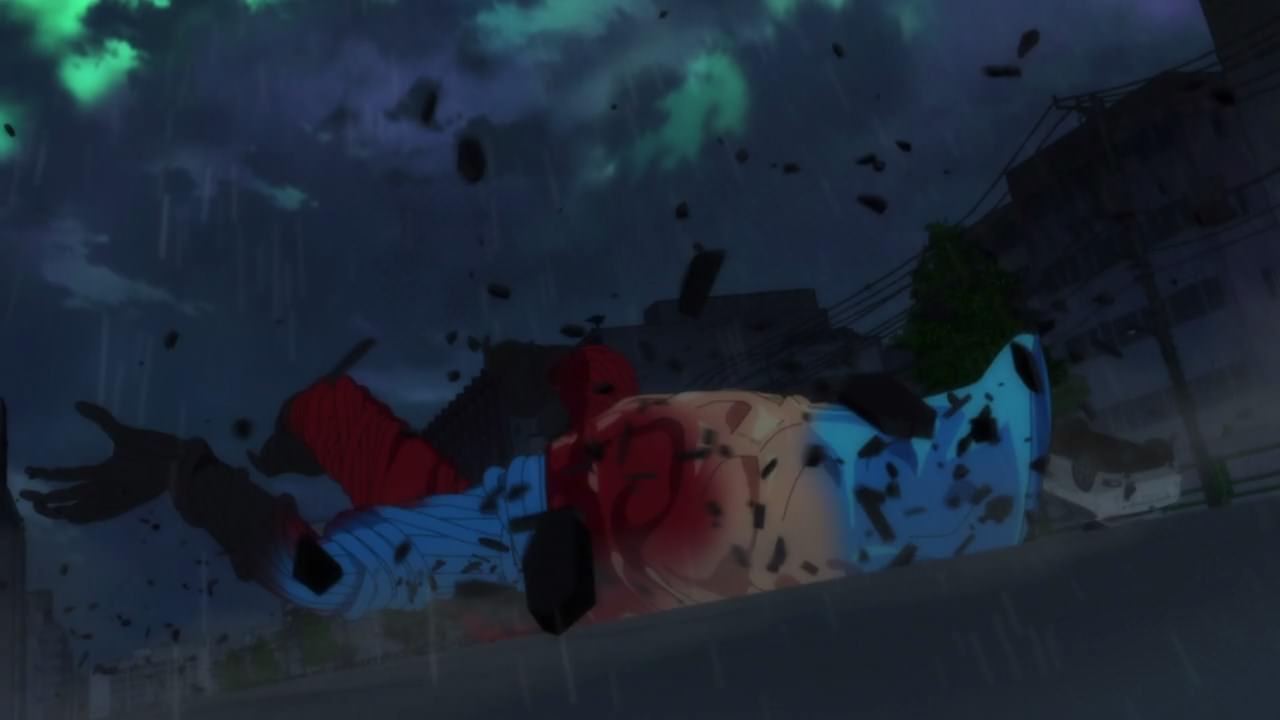 In any case, Anti- or should I say Gridknight will have to beat this kaiju by throwing it off.

Also, it turns out that this kaiju represents Akane’s thoughts. Well, that is Anti’s understanding about it. 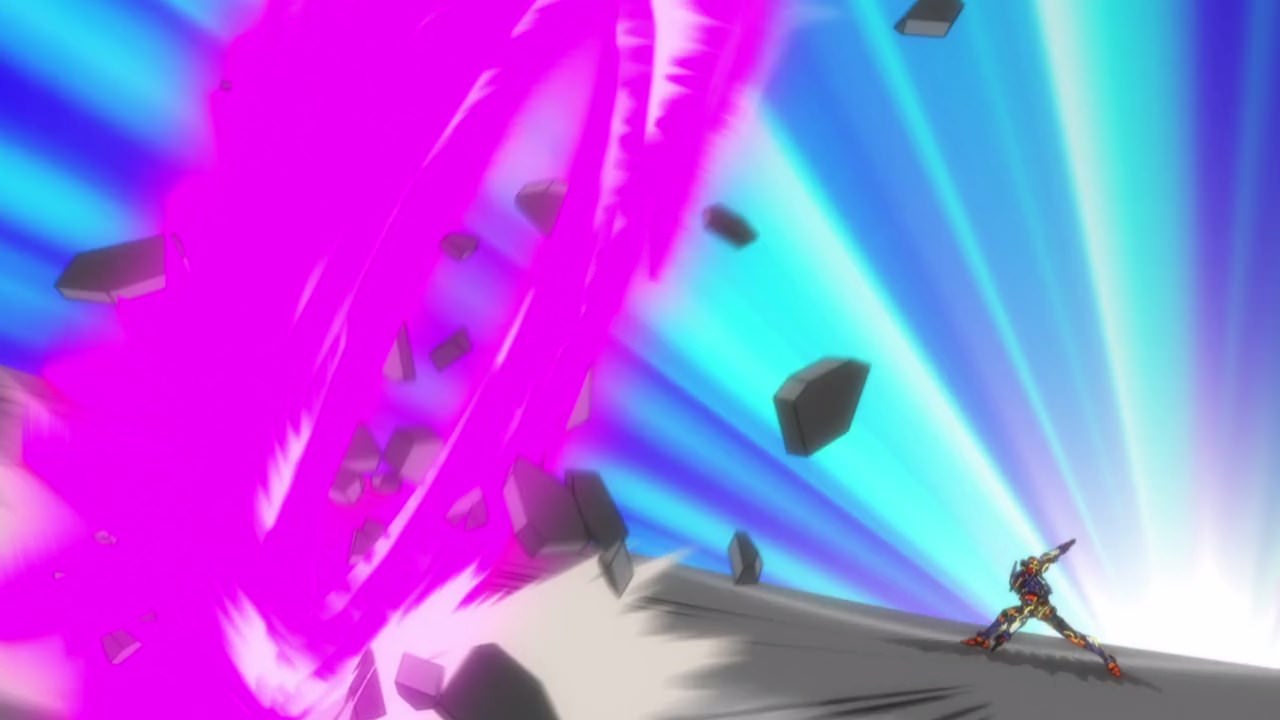 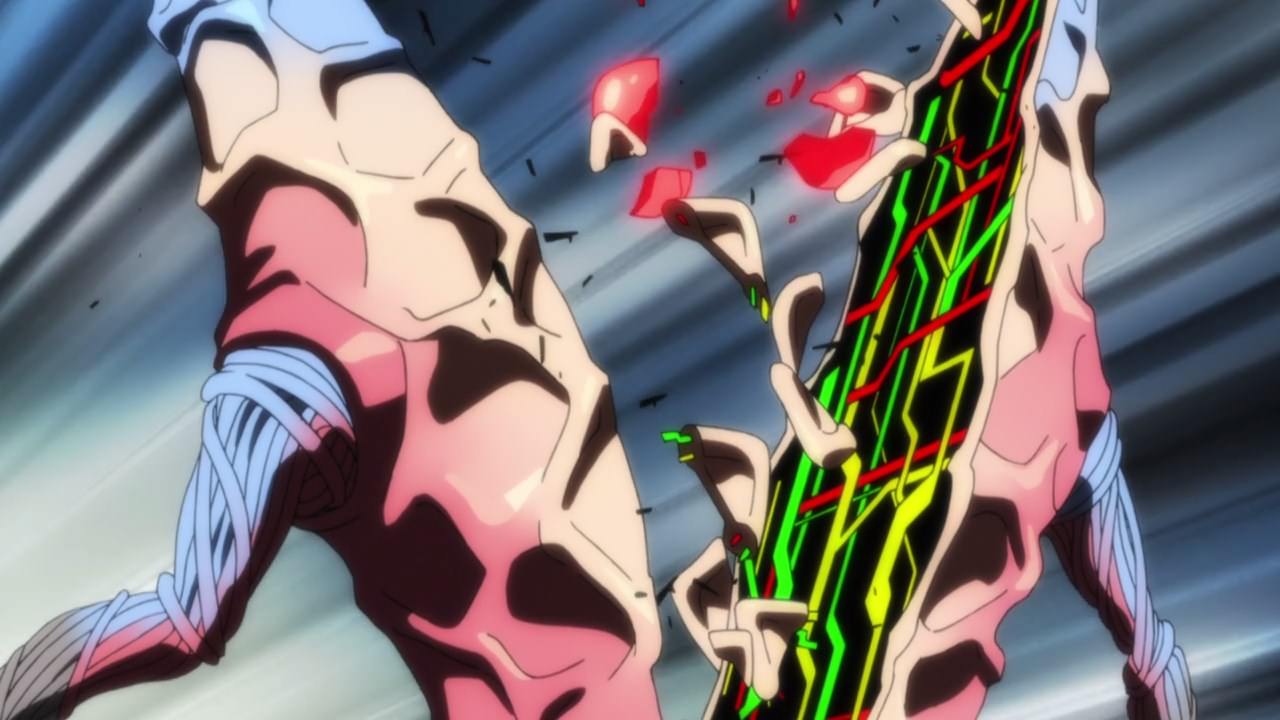 But anyways, time for Gridknight to finish this battle by throwing a saw-like blade, which it cuts the kaiju in half. 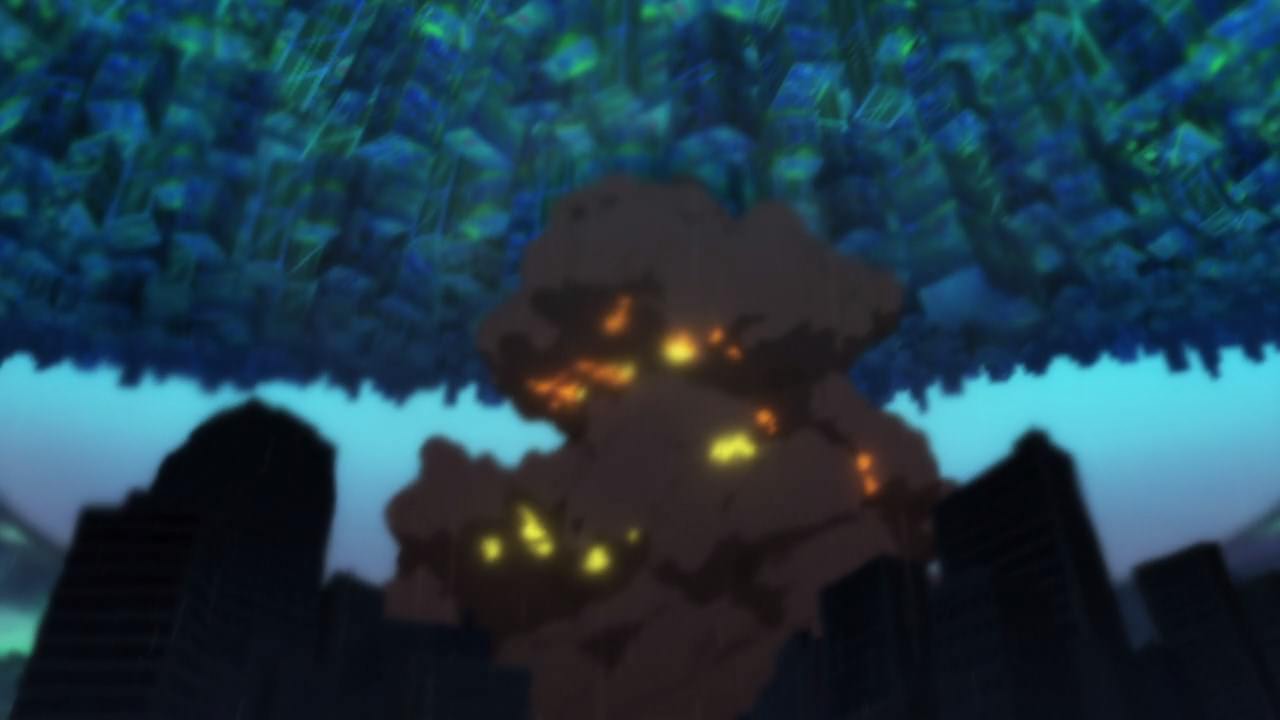 And so, the town of Tsutsujidai is saved thanks to Gridknight, although it’s not worth saving it anymore as it was all created by Akane Shinjou. As you can see, the explosion has cleared the fog which reveals the Computer World.

But hey, I’m surprised that Anti transformed into a carbon copy of Gridman and not only that, but he’s becoming more human as Anti understands people’s feelings now. 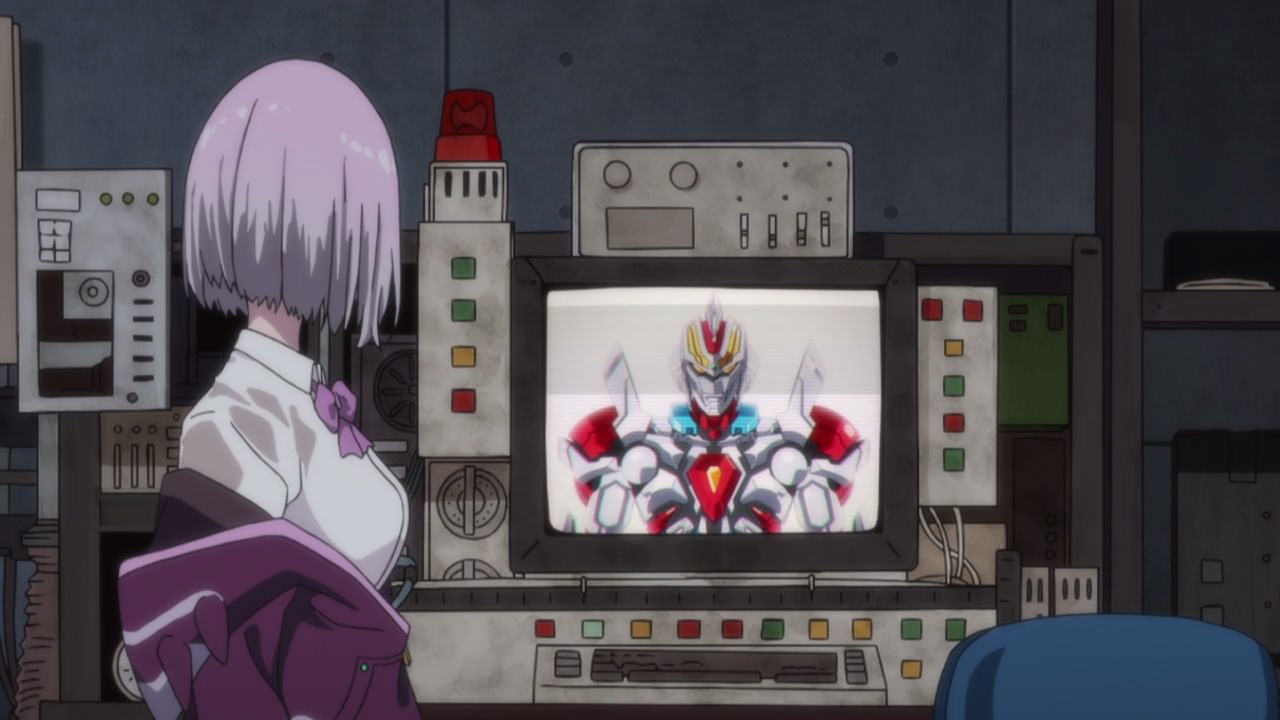 But speaking of Akane Shinjou, looks like she finally found out that Gridman is hiding behind this junk computer, which is storned in Rikka Takarada’s home/junk shop. 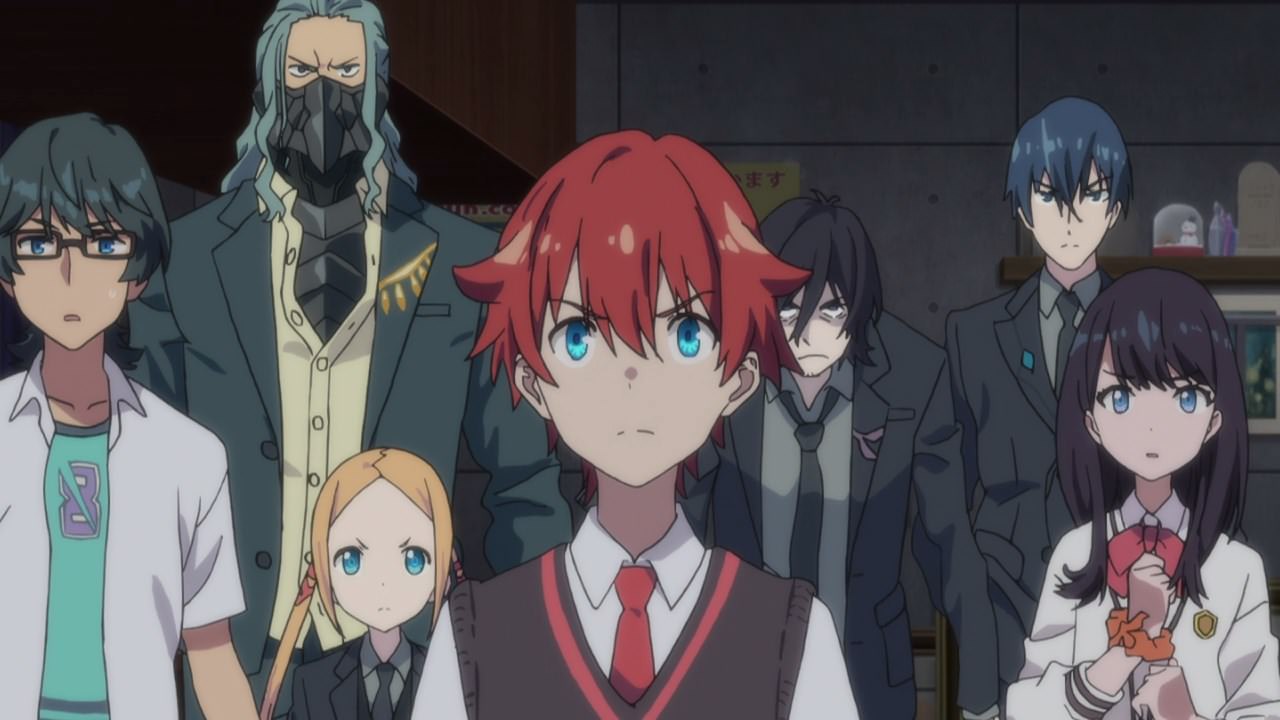 Of course, the funny part is that Akane is living beside Rikka’s home that she didn’t know about the hyper agent’s location until now.

Still, Yuuta Hibiki and the rest will have to be cautious towards Akane Shinjou. I mean, she might use her godlike powers to cease their existence. 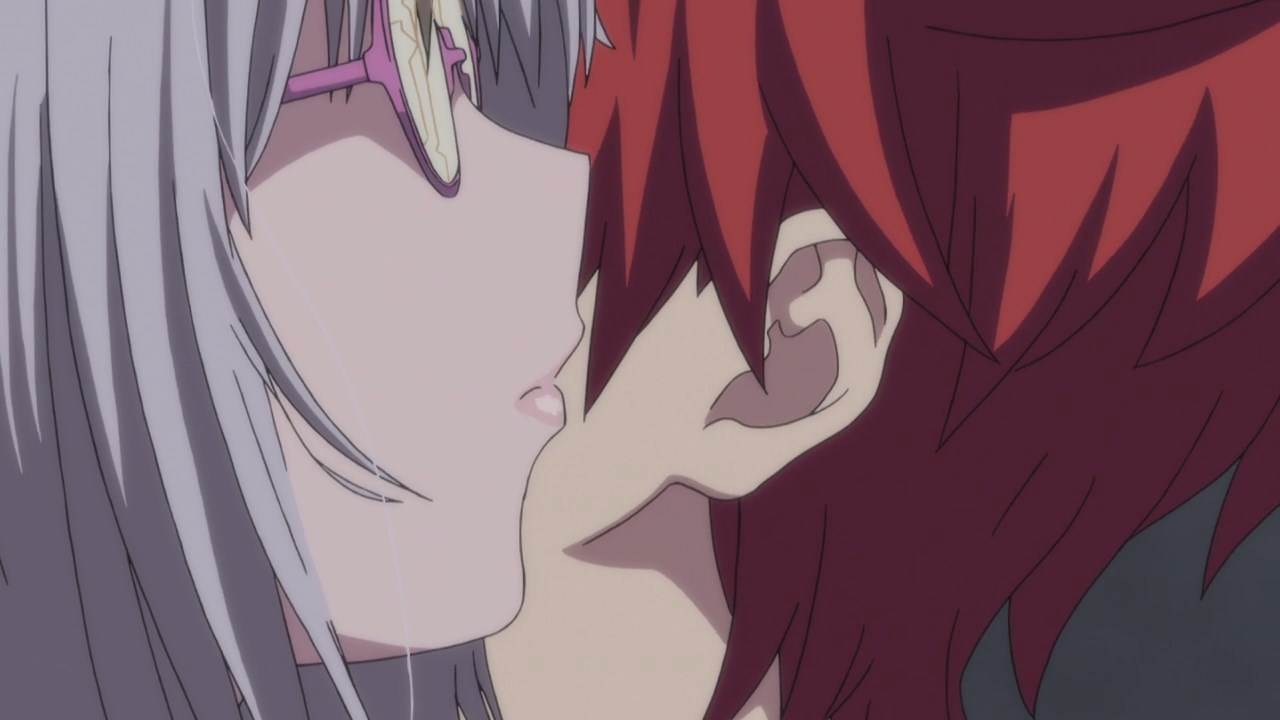 However, Akane approached Yuuta and told him that it would be nice if she can talk to Gridman… 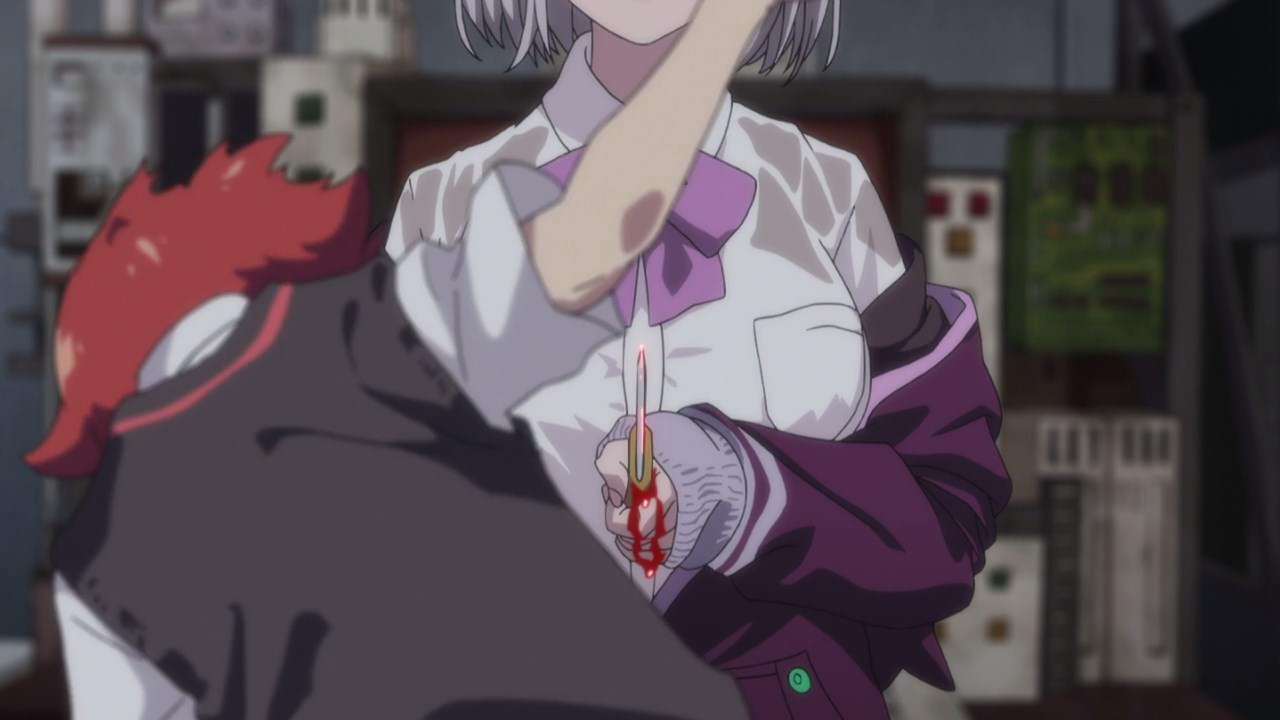 …and then proceeds to stab him in the gut. WHAT. THE. FUCK!?

Seriously, I don’t want to end this show like that! Anyways, I hope Yuuta will live on the next episode ’cause he still haven’t found his memories yet!