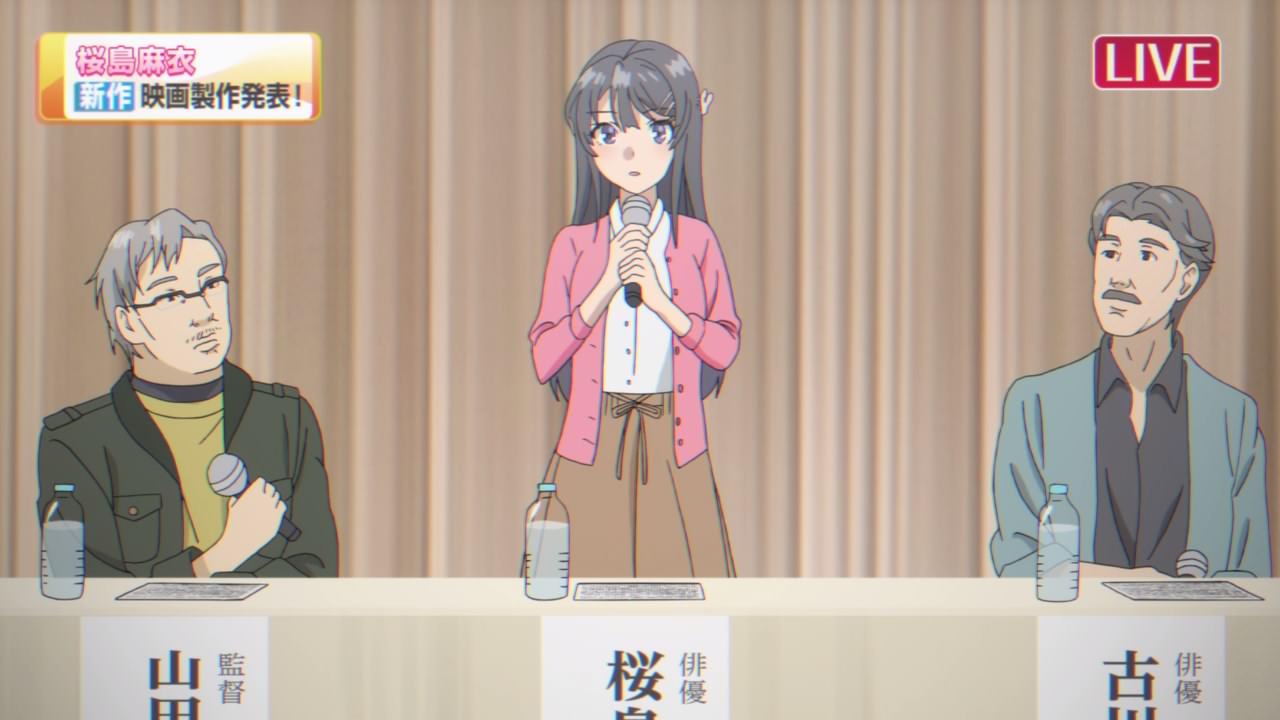 Looks like Mai Sakurajima will address to the media that she has a normal boyfriend and told everybody that without him, Mai-san won’t be standing at a press conference for the upcoming movie.

C’mon, it’s all thanks to Sakuta Azusagawa that she returned to showbiz. Of course, Mai told everyone to respect her private life, but that doesn’t stop those paparazzi from digging deeper. 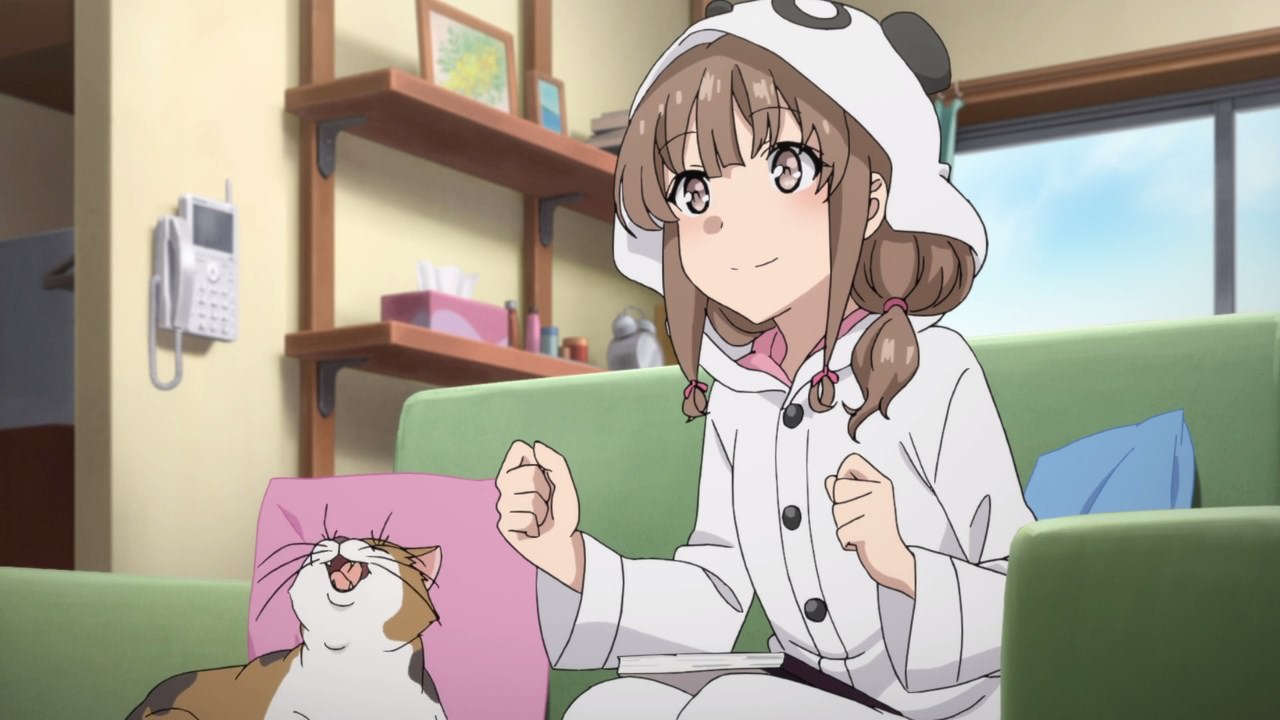 But as for Kaede-chan, she’s happy that Mai Sakurajima will continue to visit the Azusagawa residence without any worries. However, Mai-san will have less time flirting with Sakuta-kun once the filming starts. 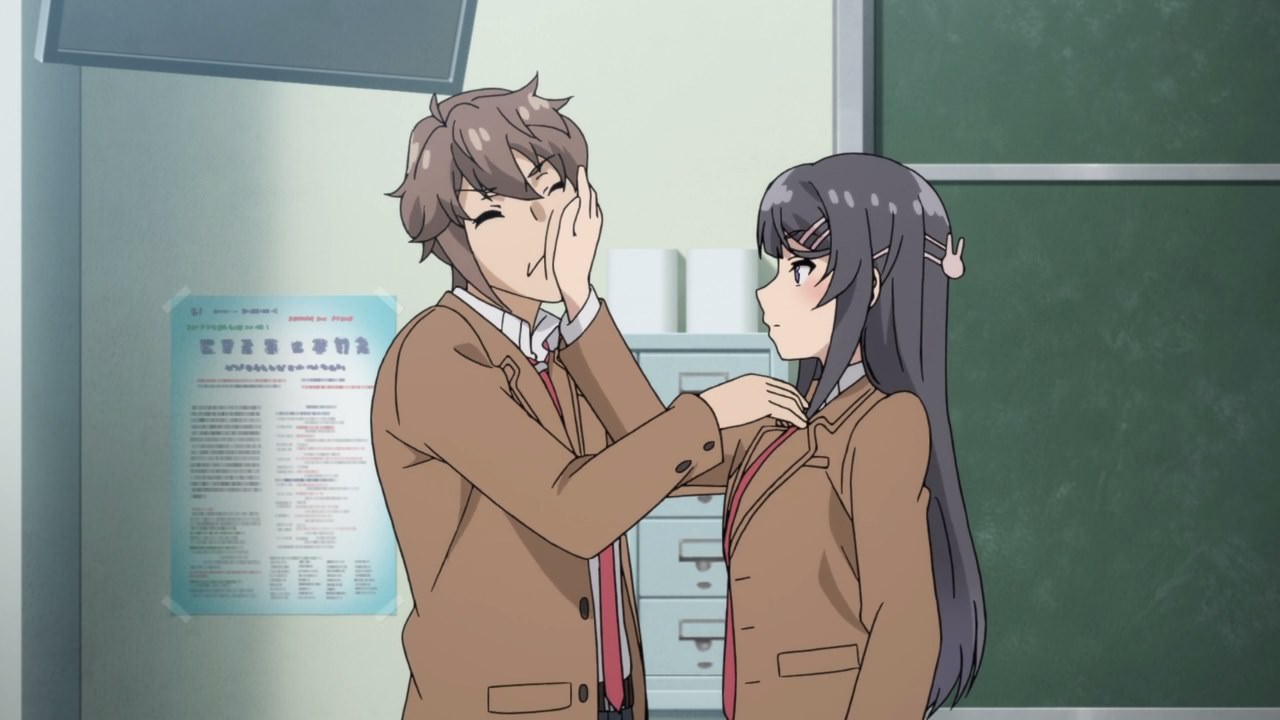 Anyways, seems that we’re done addressing Mai Sakurajima’s private life as Sakuta Azusagawa wants to kiss her, but he couldn’t unless Sakuta cleared some flags to get closer to Mai-sempai.

Now then, let’s move onto the next arc as it will be focus on Kaede Azusagawa… 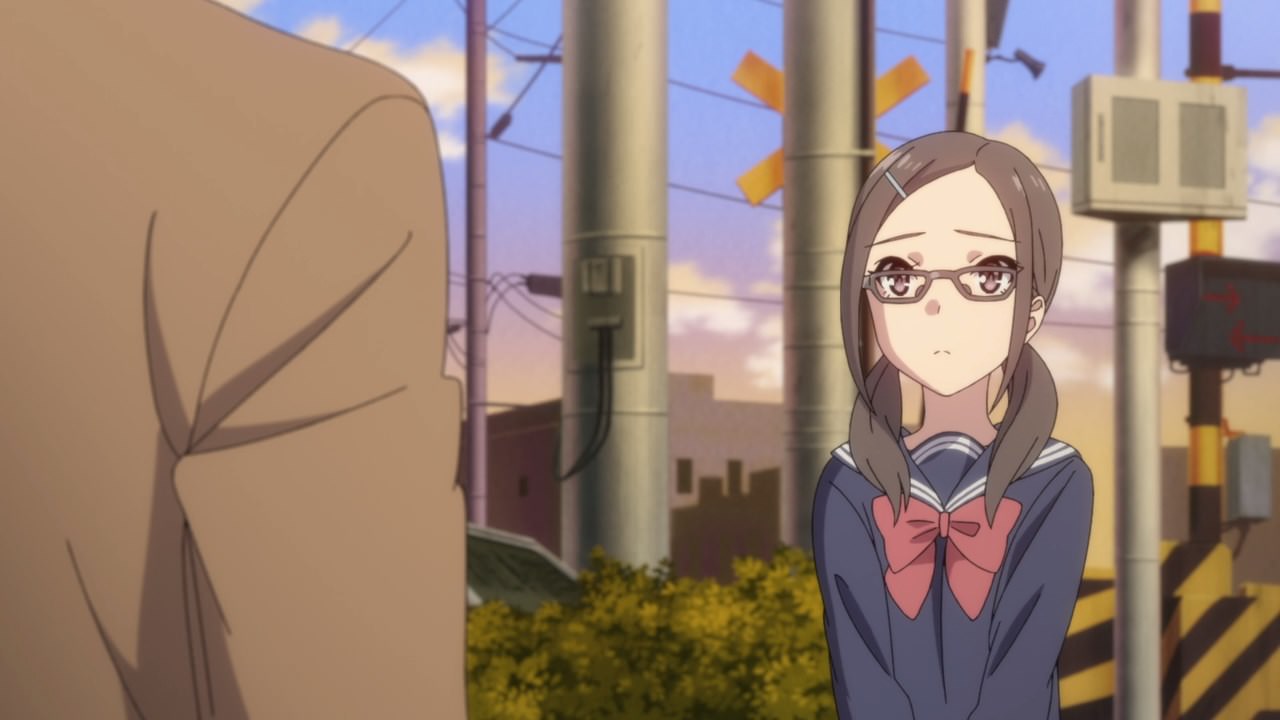 …starting with her old classmate from middle school, Kotomi Kano. This girl knows Kaede-chan and what happened to her old middle school when she was bullied. 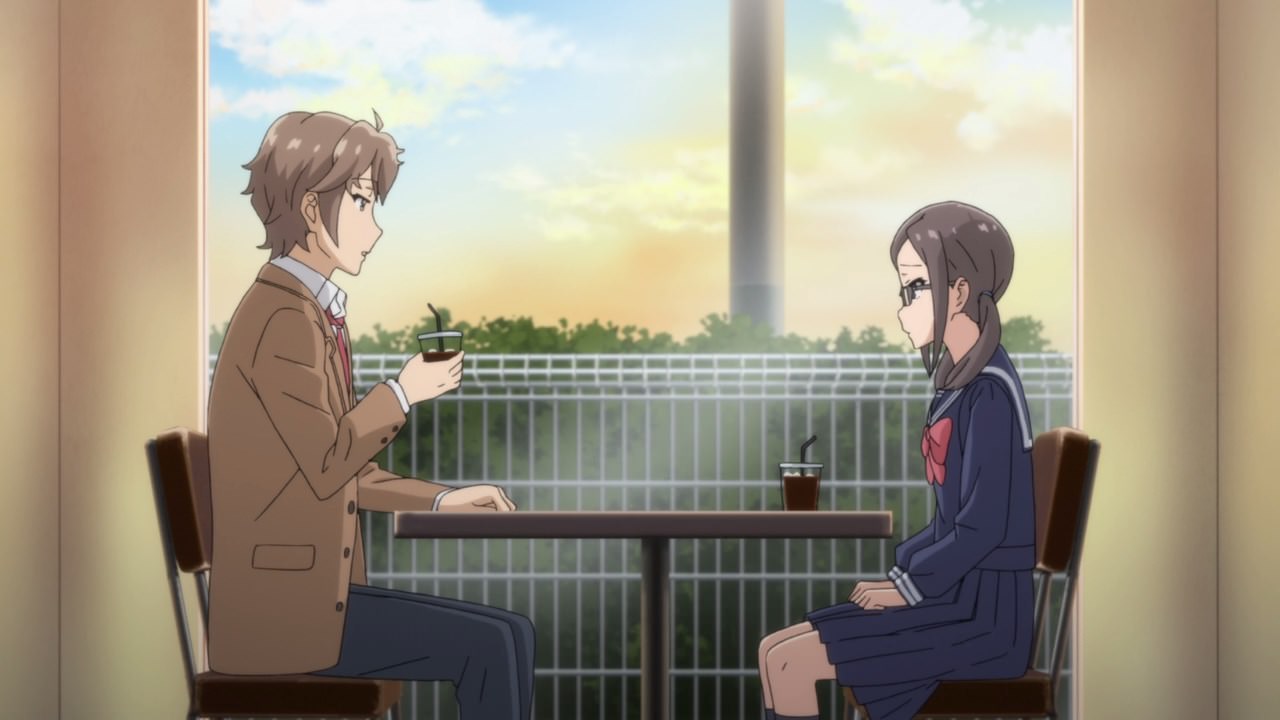 Furthermore, Kotomi told Sakuta that even though Kaede moved away, the bullying is still rampant as ever with the bullies getting targeted by an angry mob of students, which they eventually disappeared without a trace.

In any case, things are not looking good at Kaede’s previous school that she developed Puberty Syndrome. Seriously though, bullying needs to be addressed in real life because it feels like it’s a “dog eat dog” world, but of course it’ll take years to resolve this growing problem. 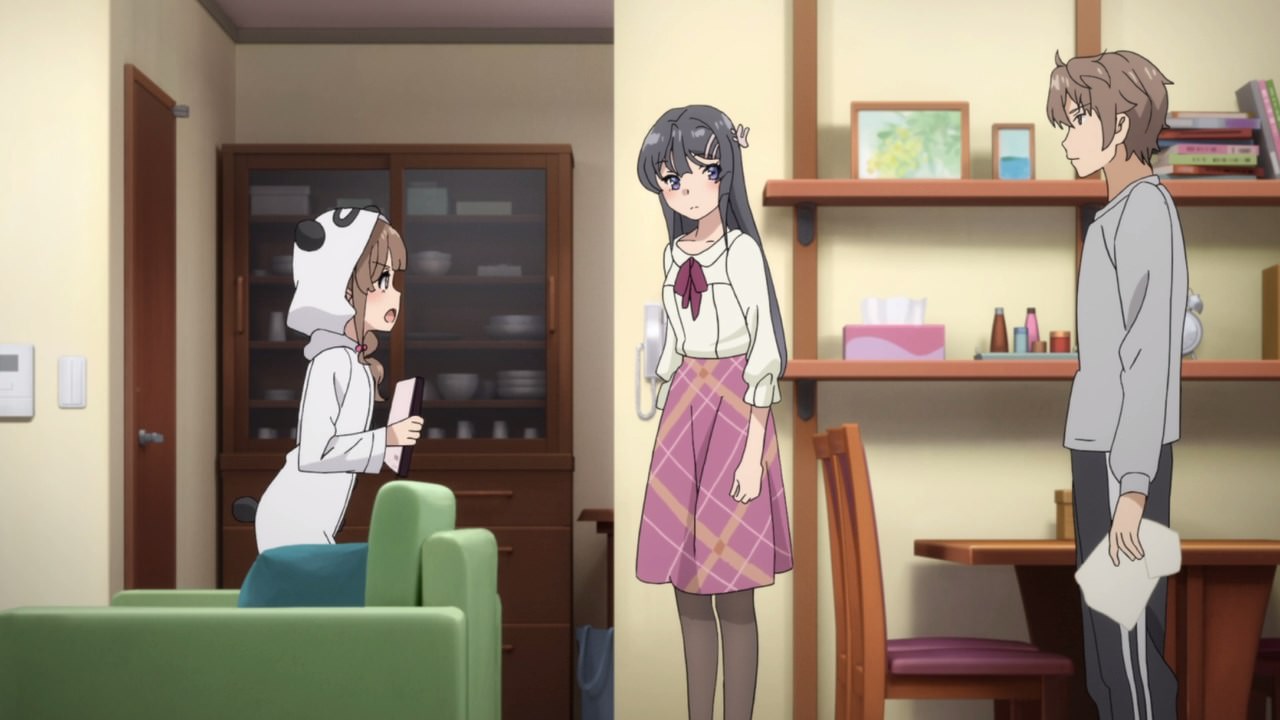 Moving onto Kaede Azusagawa as she wants to step outside instead of cooping-up indoors all the time. So, she asked Mai Sakurajima for help… 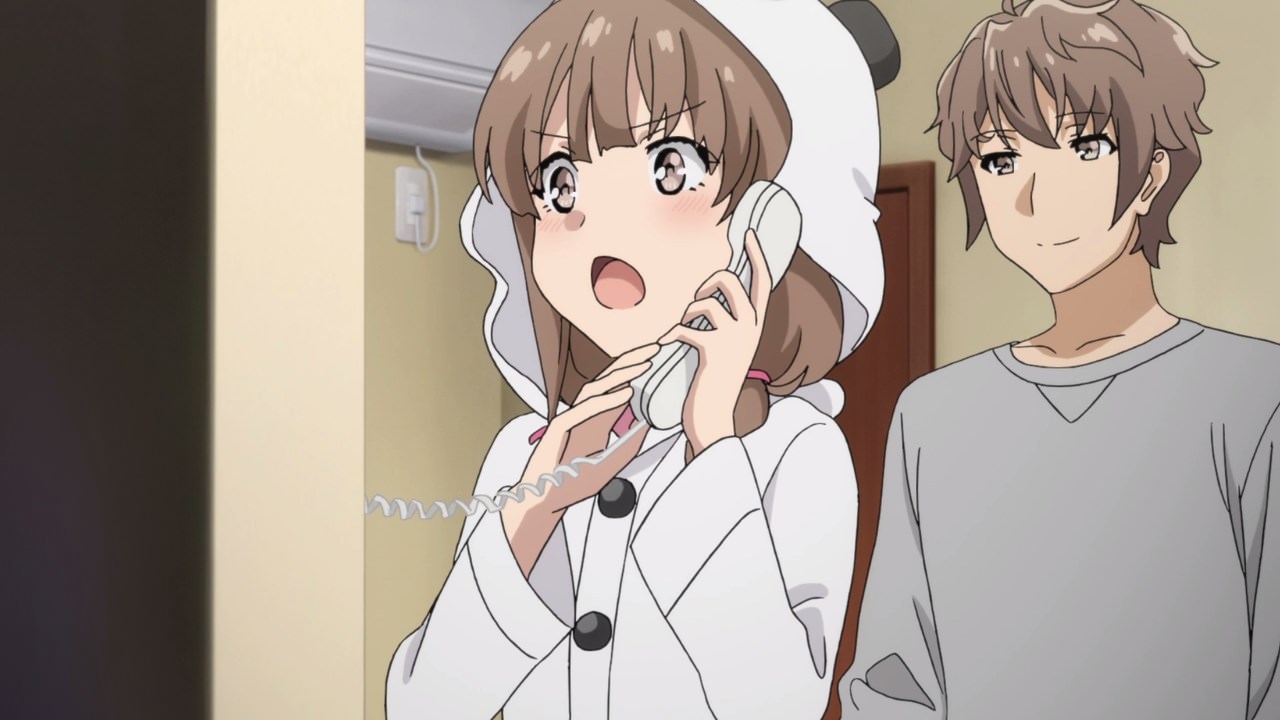 …by pretending to be a nameless caller. Most of the time, Sakuta answers the phone, but it’s Kaede’s first time to call someone that’s not her big brother. Turns out, it works! 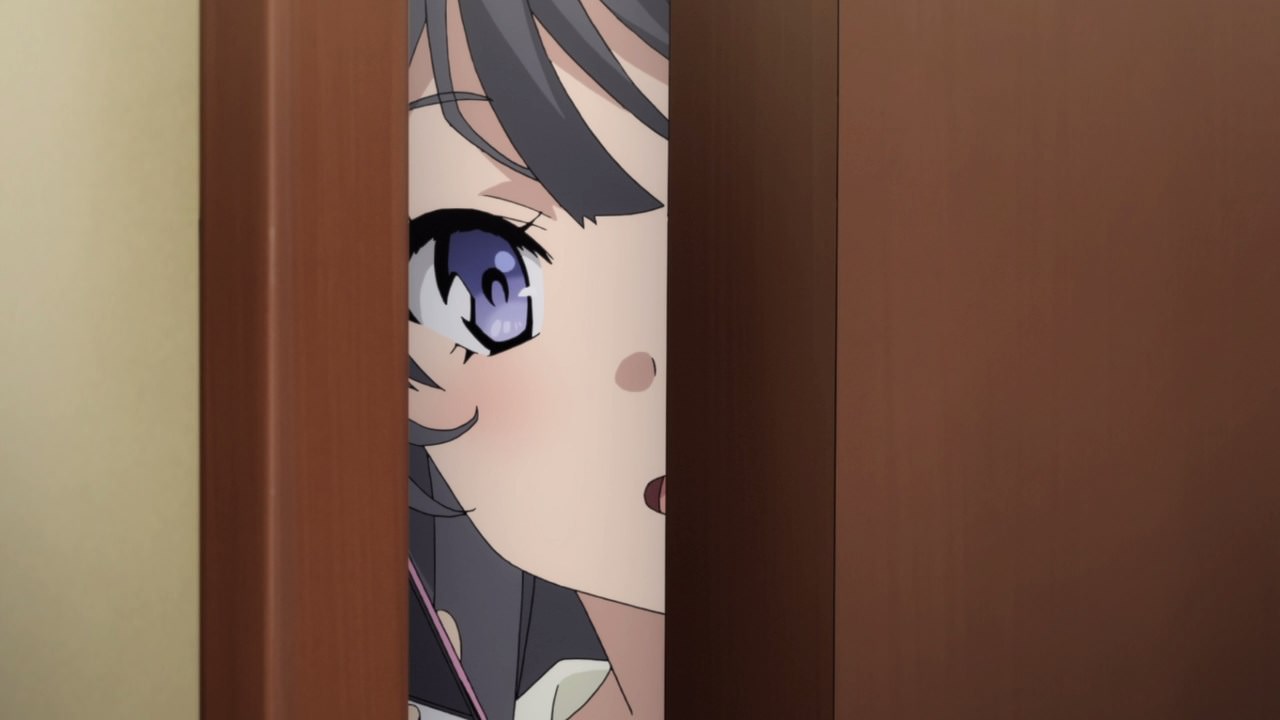 And here’s Mai-san, telling Kaede that she did a good job of calling someone on the phone other than her big bro. 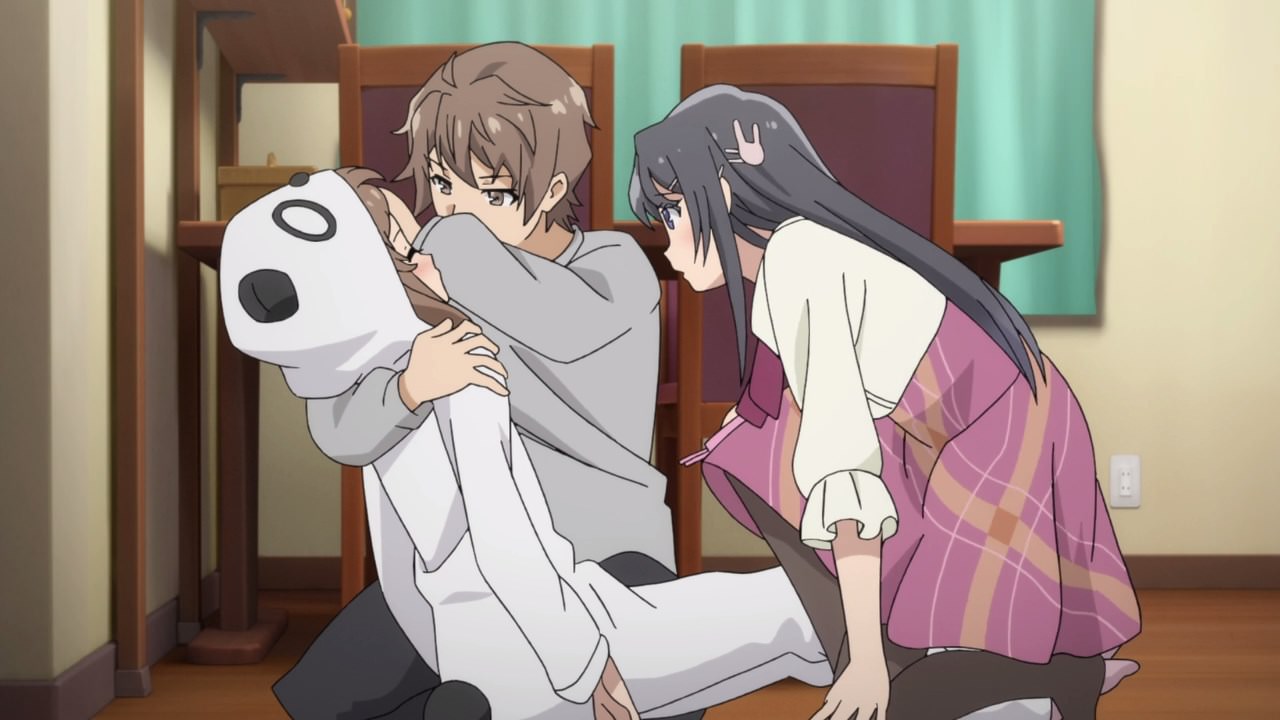 Still, it’s a long way to go for Kaede before getting back into society as she got a fever after answering the phone.

I guess it’s too much for Kaede but she still insists of pushing it forward instead of retreating to her room. 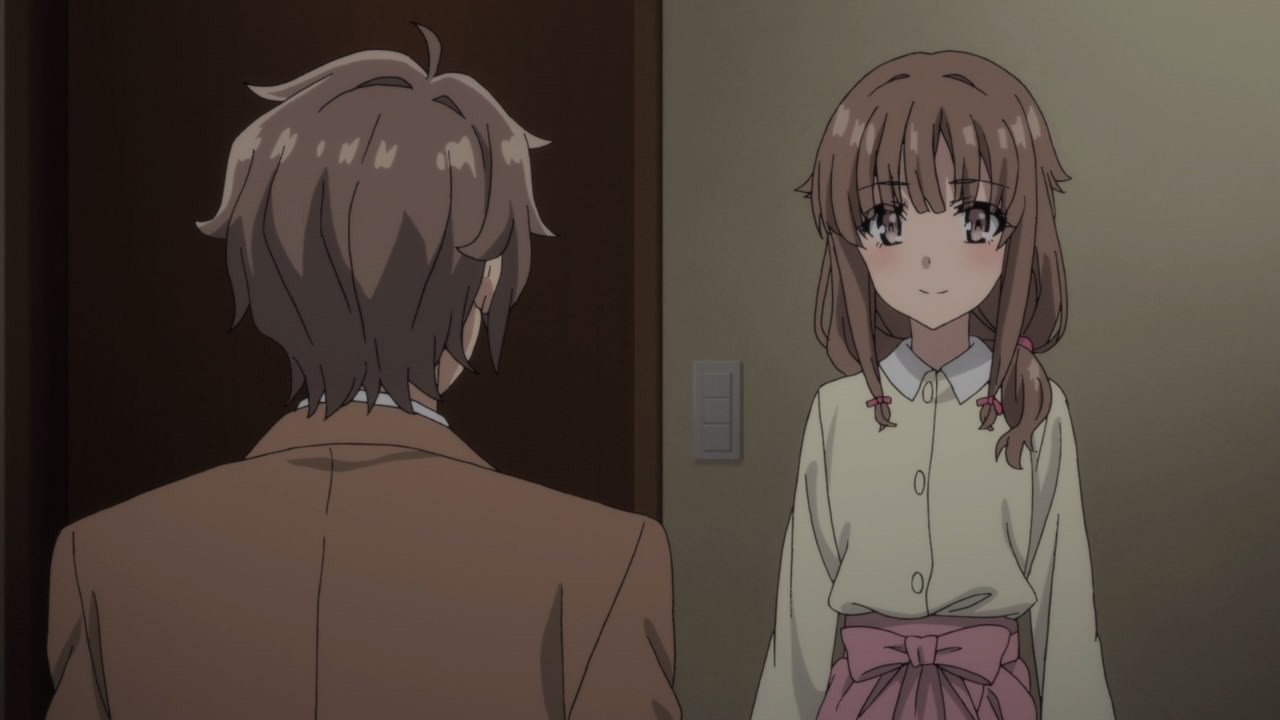 And now for the next time, getting outside the apartment while wearing cute clothes. Sure that it belongs to Mai Sakurajima, but Kaede-chan looks great! 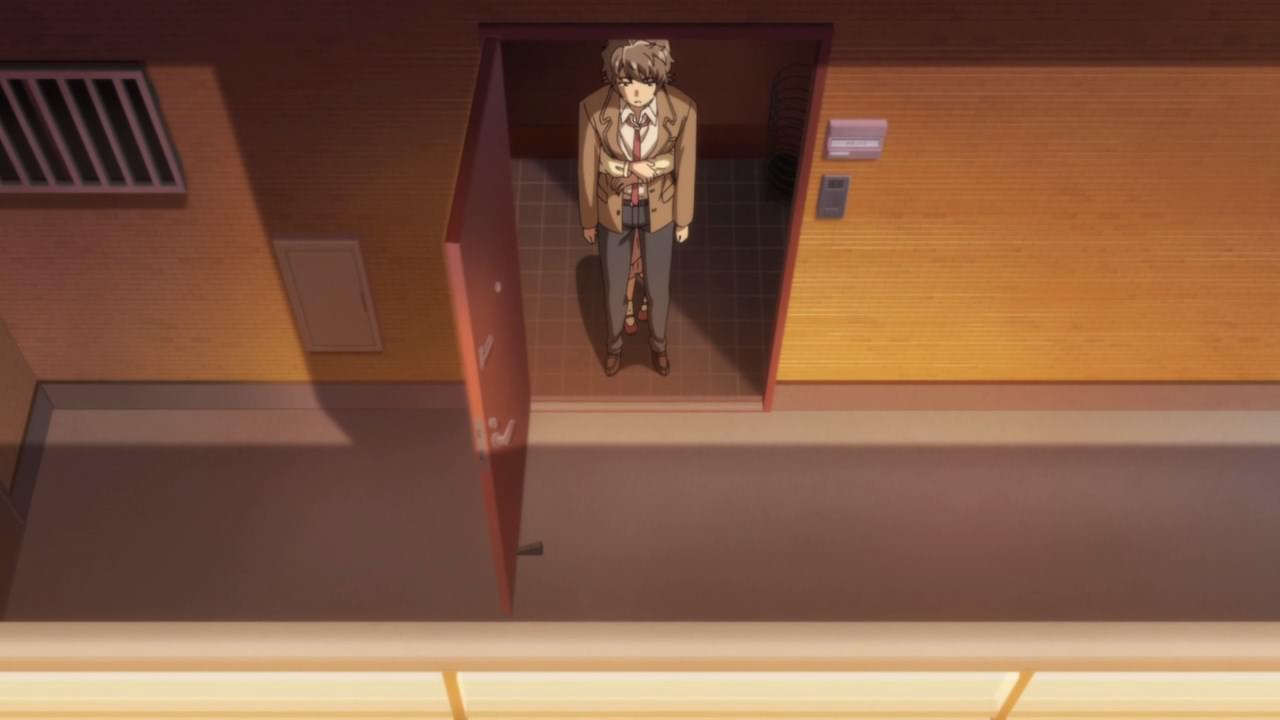 With that said, time for her to face the outside world as Sakuta opens the door. Sure it’s chilly outside! 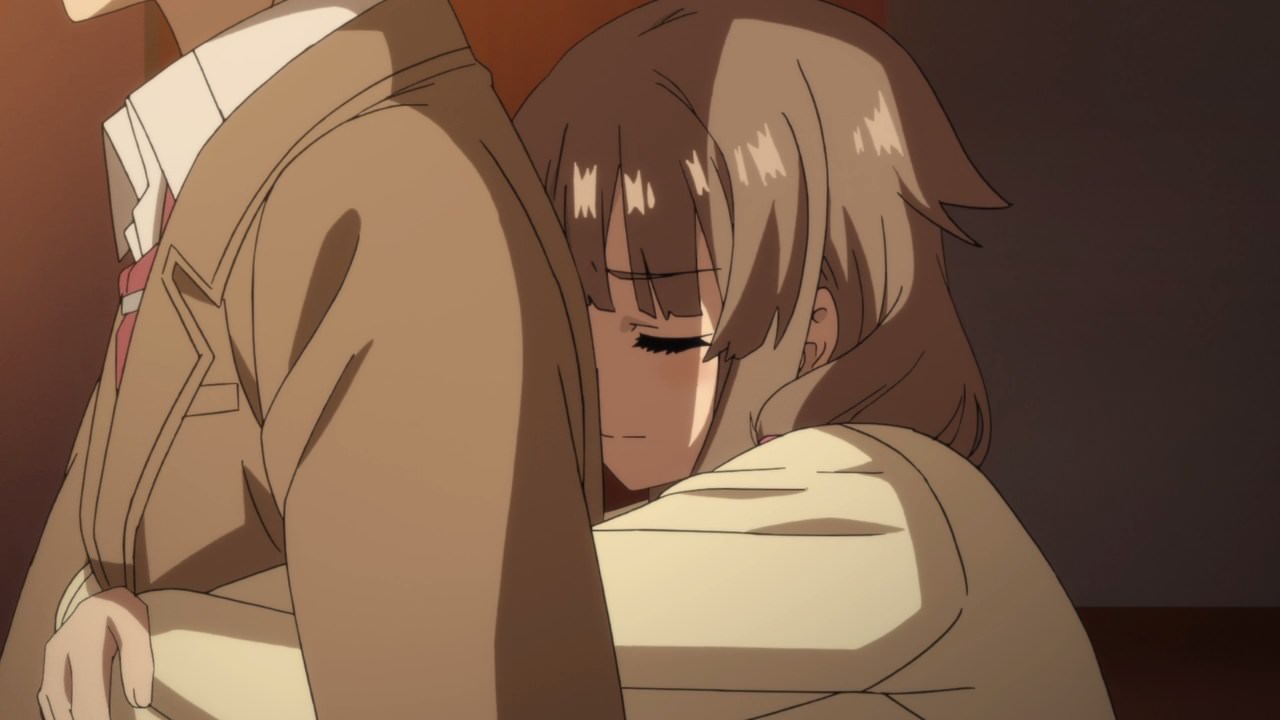 Of course, Kaede-chan is scared that she’s hiding behind Sakuta’s back. Like I said before, it’s too much but she’s pushing ahead. 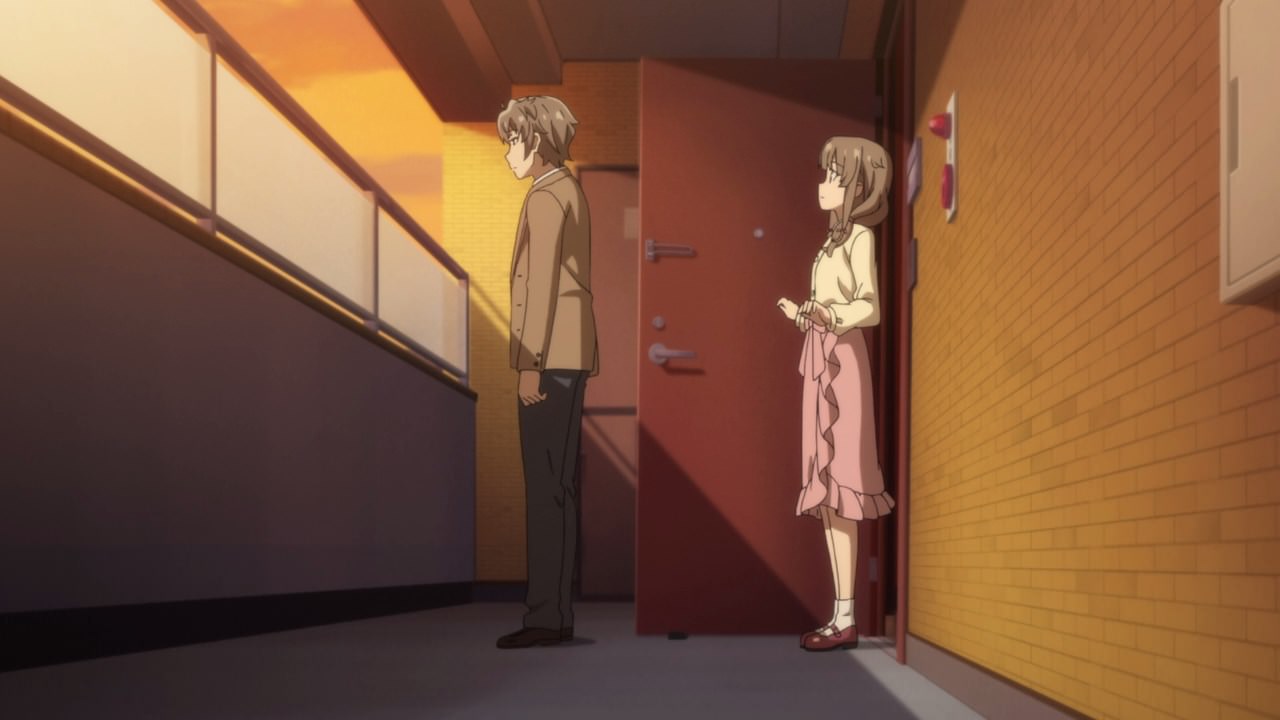 Eventually, she managed to step outside her apartment, which felt a sigh of relief for Kaede Azusagawa. 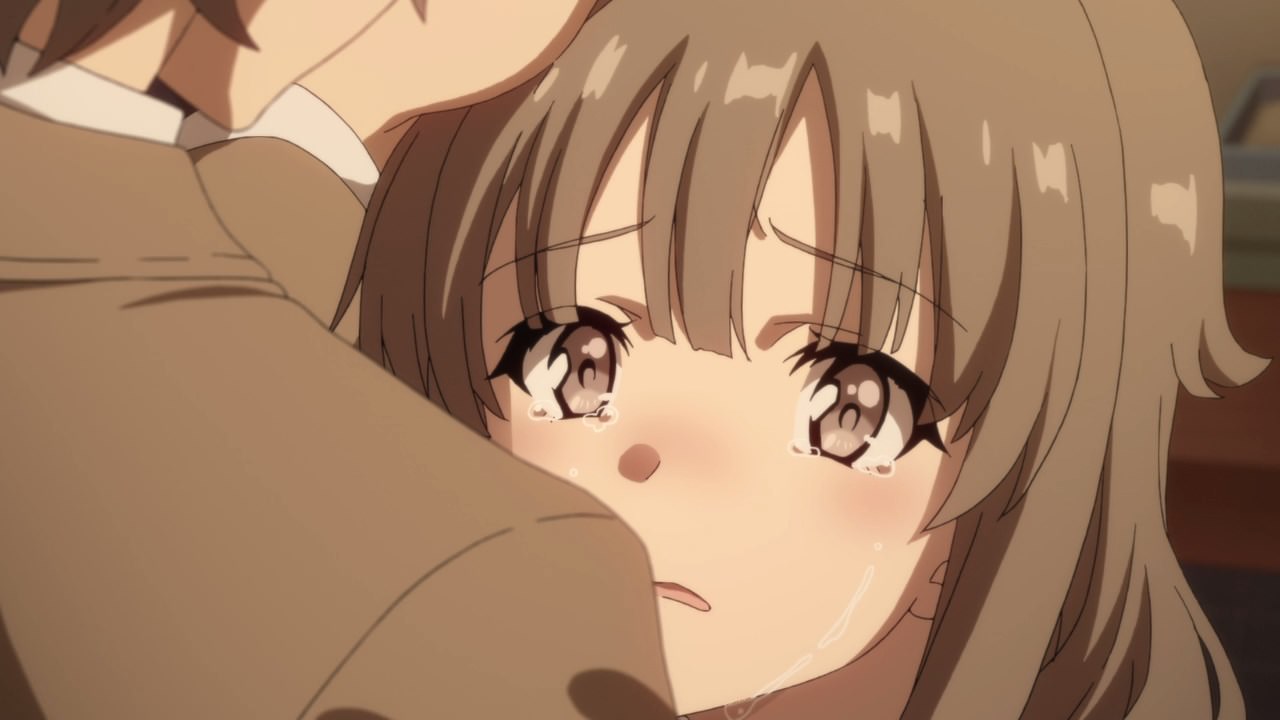 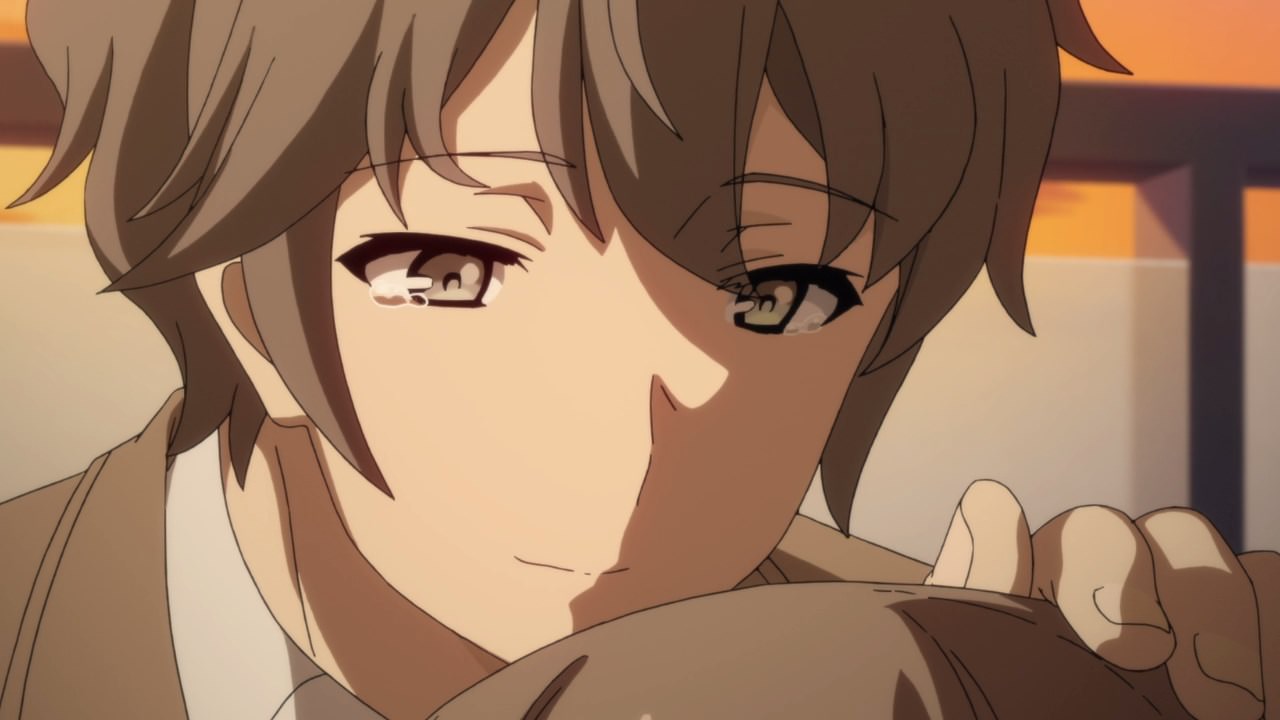 And for Kaede-chan, she’s happy that she finally took steps to get back into society. Even Sakuta is happy about it that he’s gone teary-eyed. 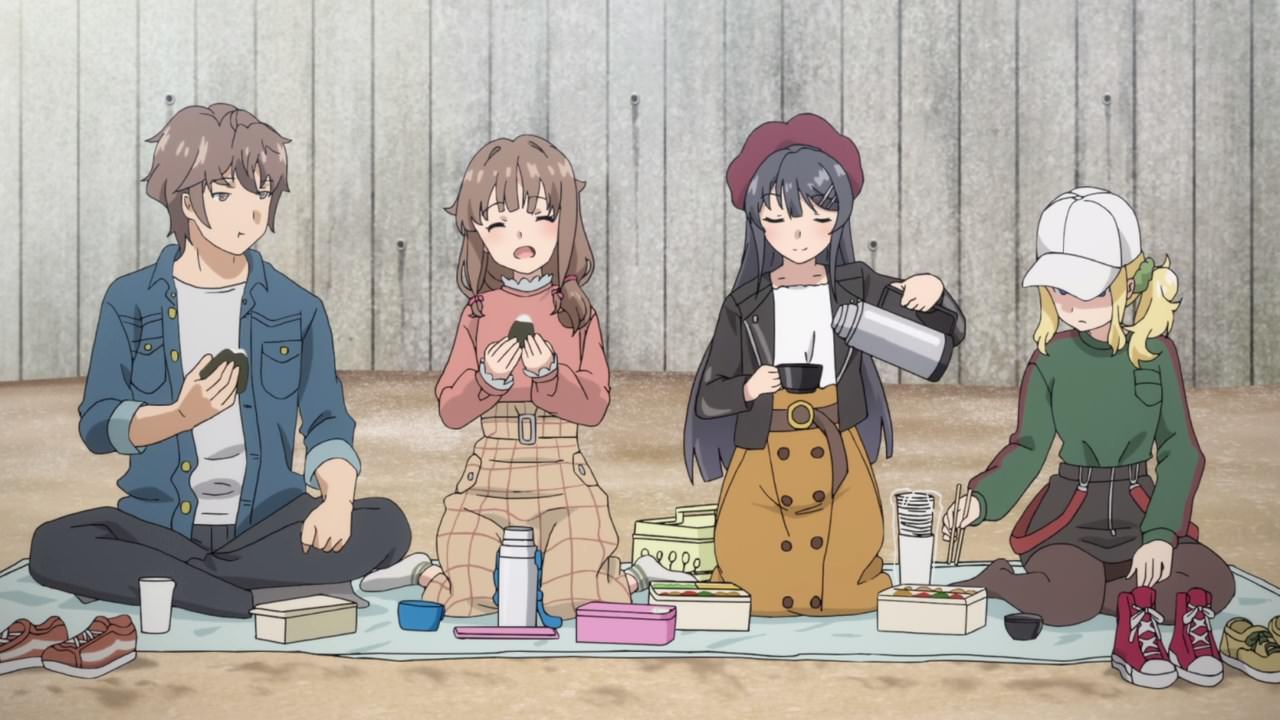 Eventually after taking small steps, Kaede Azusagawa can finally go outside without any worries.

Now, she’s taking a picnic together with her brother, Mai Sakurajima, and Nodoka Toyohama. Glad that Kaede-chan is starting to recover from the scars of bullying. 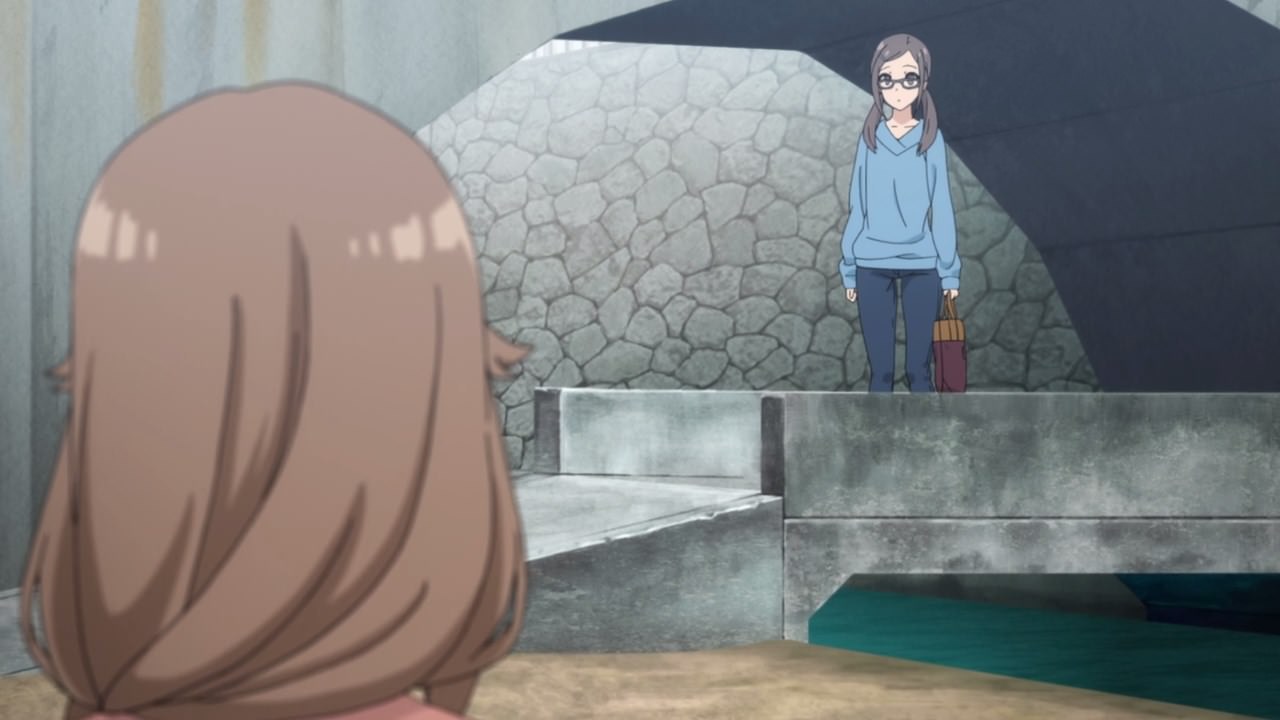 On the other hand, here’s Kotomi Kano as she recognized Kaede Azusagawa after she’s gone for a few years. 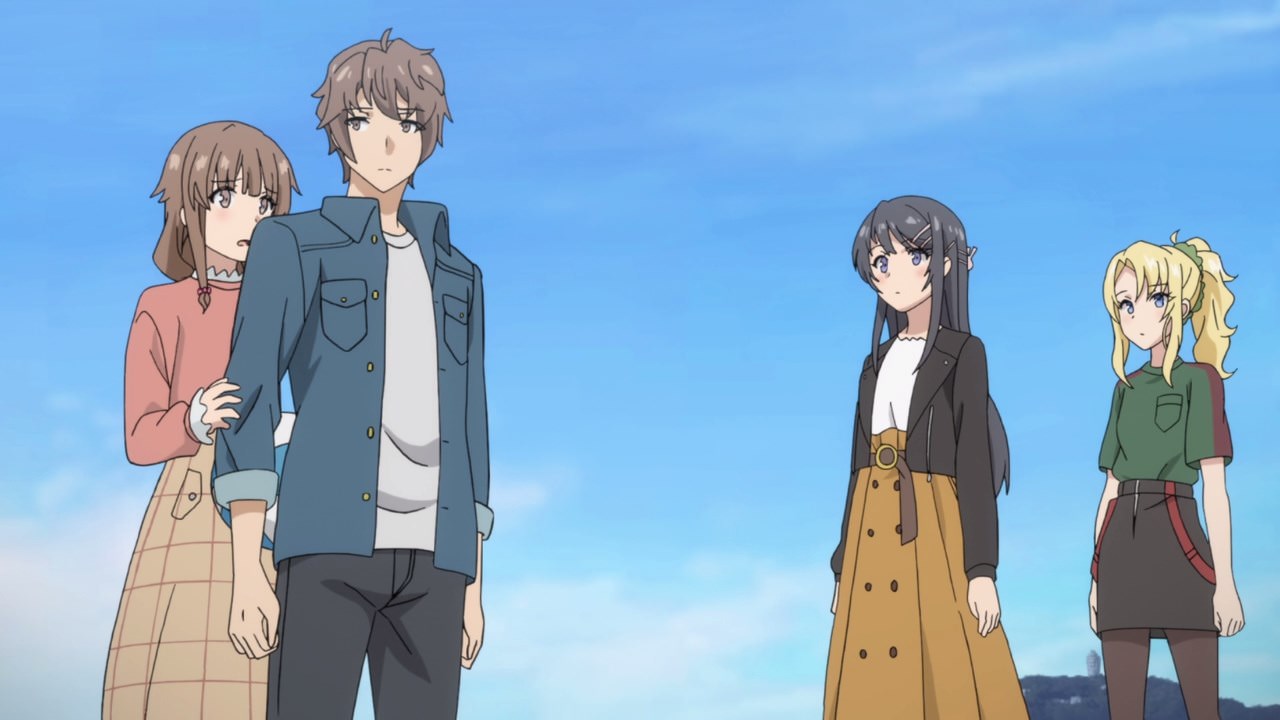 However, seems that Kaede doesn’t recognize Kotomi as she hides under Sakuta’s back. What’s going on here? Turns out that while Kaede Azusagawa has conquered the outside world, she has amnesia in which Sakuta explains to both Mai-sempai and Nodoka that Kaede’s Puberty Syndrome is not very easy to cure because of it.

Gotta say that after surviving cuts and bruises by bullies who talk bad behind her back, seems that Kaede wants to shut herself indoors and forget everything until Sakuta decides to put her Puberty Syndrome to rest. Still, this is one complicated mess for Kaede Azusagawa and unless Sakuta finds the root cause of it, she won’t get cured.

Anyways, tune in next time as I hope that Sakuta Azusagawa will find a way to rescue his sister from being afflicted by the Puberty Syndrome forever.