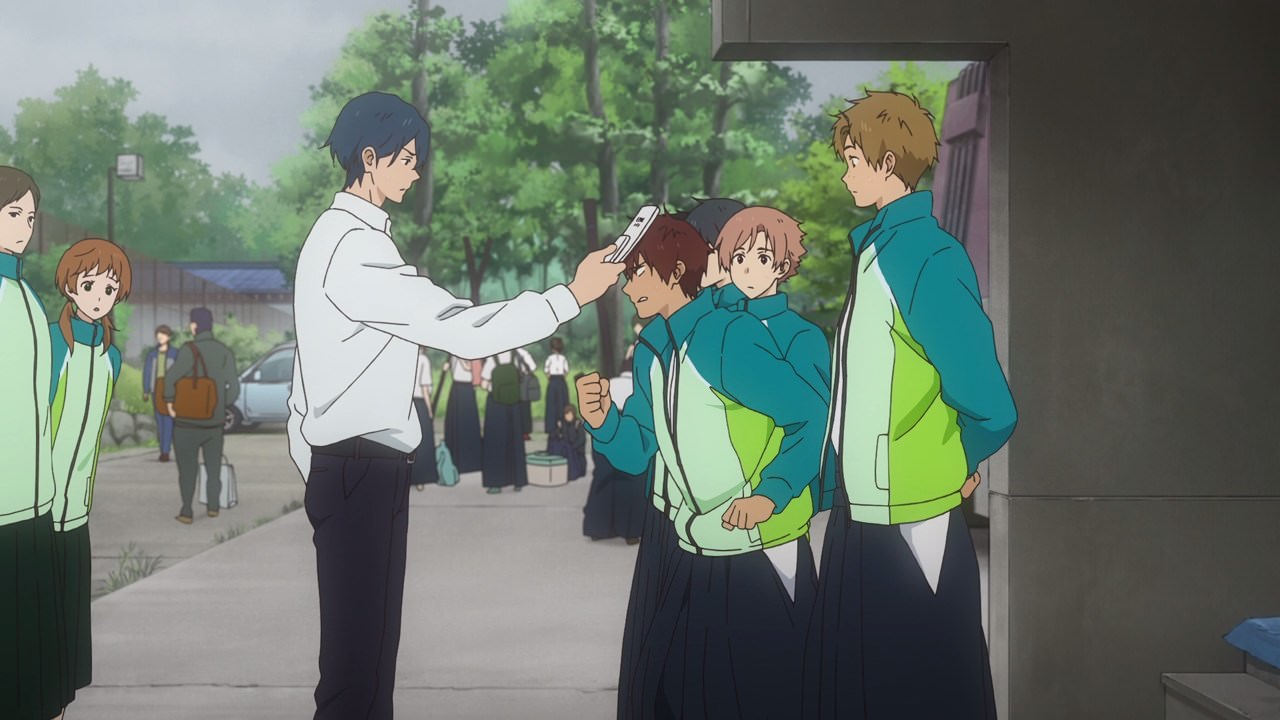 Hey everyone, it’s time for the team competition where Kazemai High School will have to bounce back from their abysmal performance during the individual competition.

Also, here’s Masaki Takigawa as he scolded Kaito Onogi for turning the bow forcefully. Like he said before, the turn comes naturally! 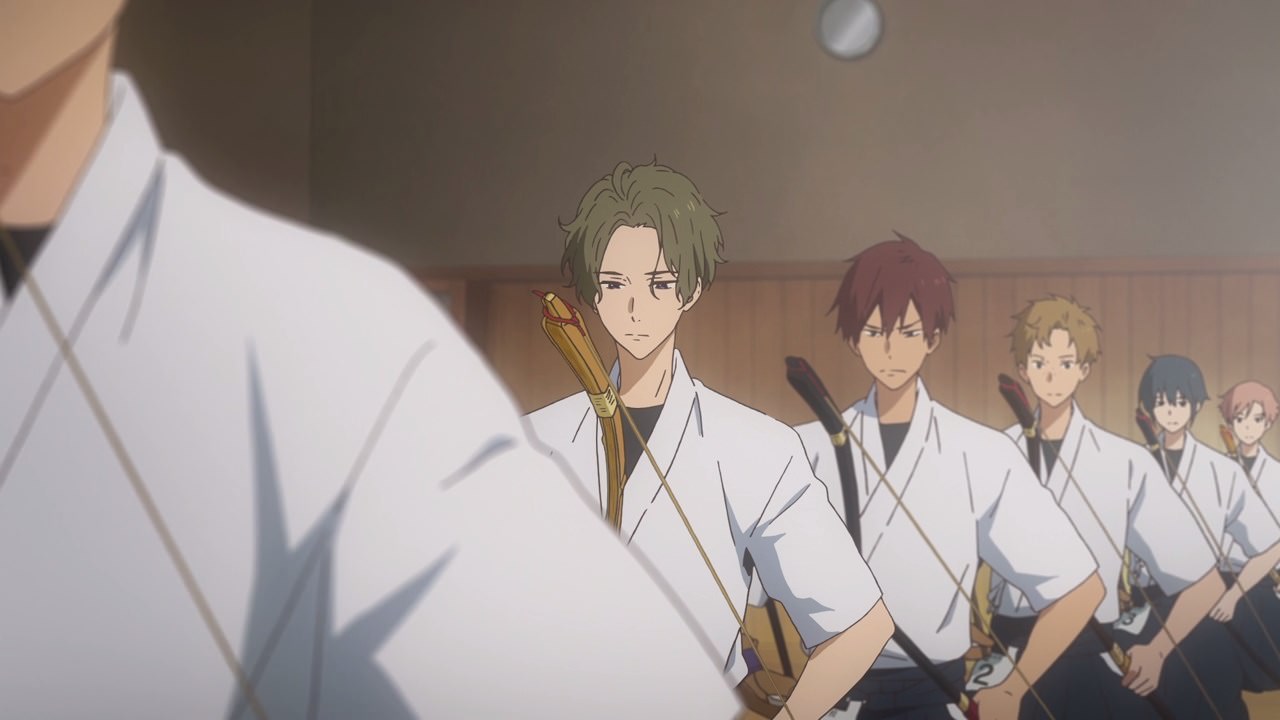 Now then, let’s move onto the 2nd day of the qualifiers where we have Shuu Fujiwara, which I have to say that this young prince is so majestic as ever! 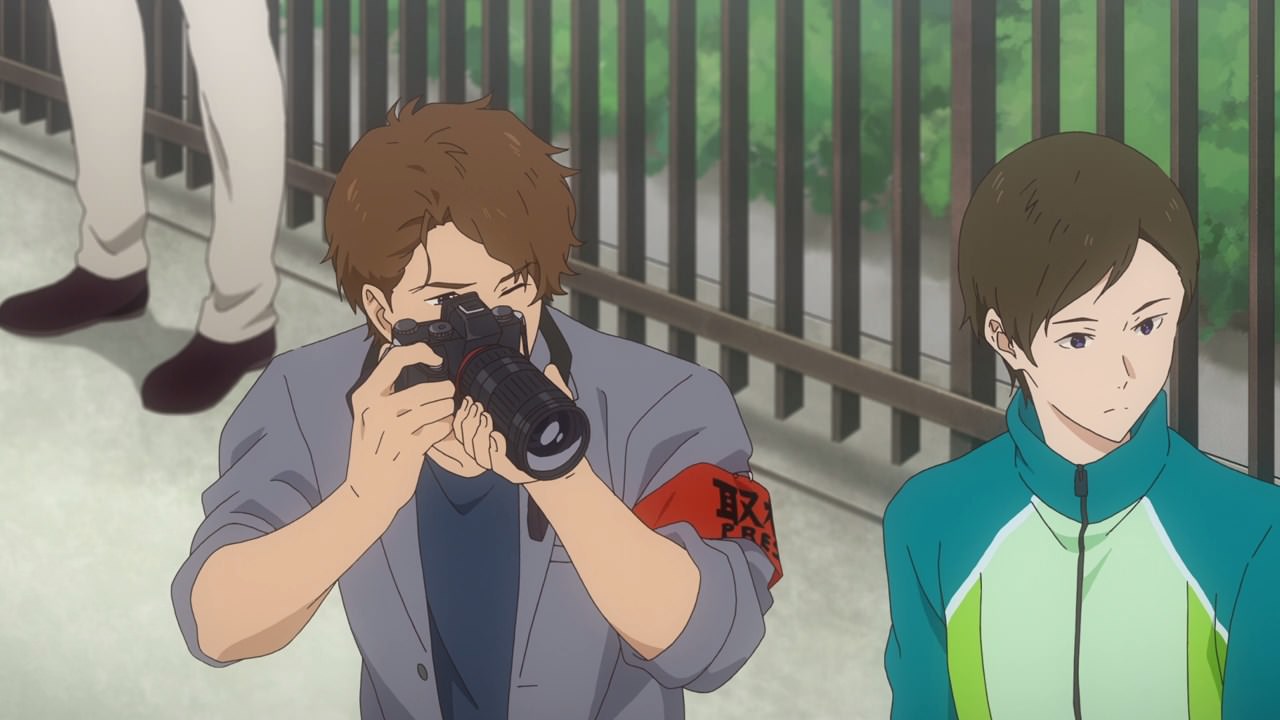 Also, here’s Ren Takigawa as he’s taking pictures of this competition as an official photographer. Gotta say that he’s mesmerized with Shuu’s presence and really, he’s the definition of a perfect archer! 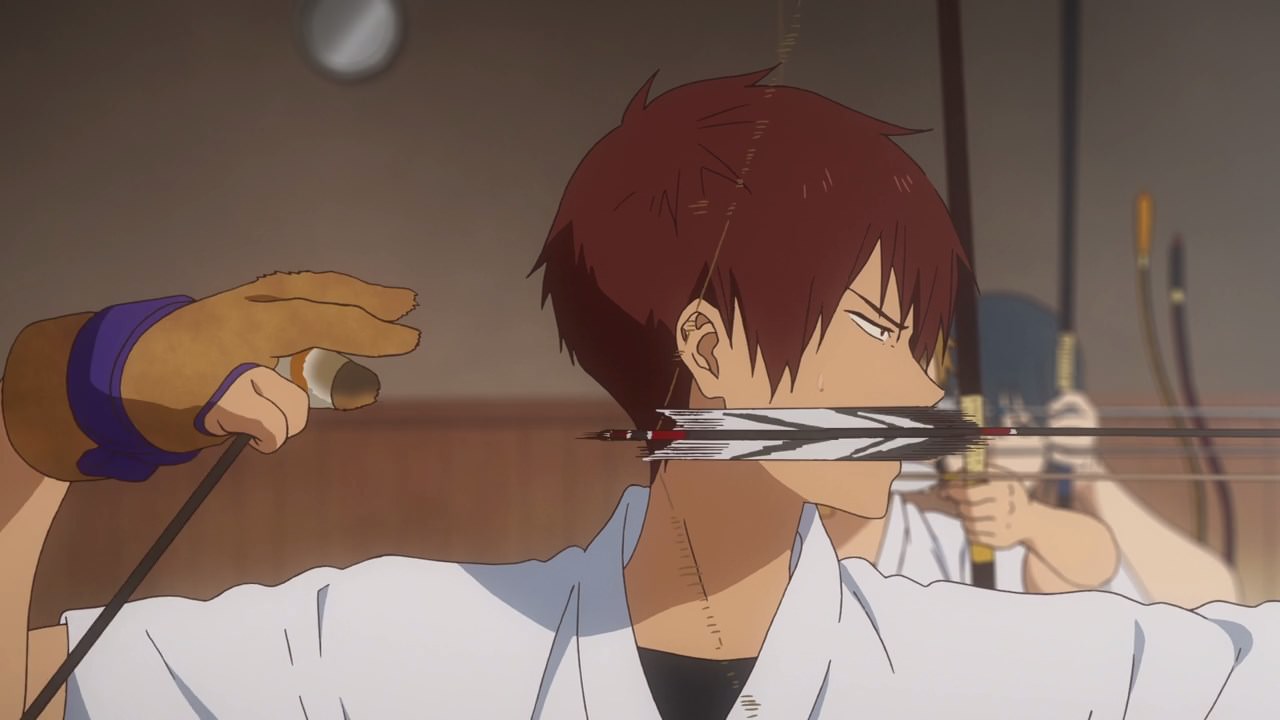 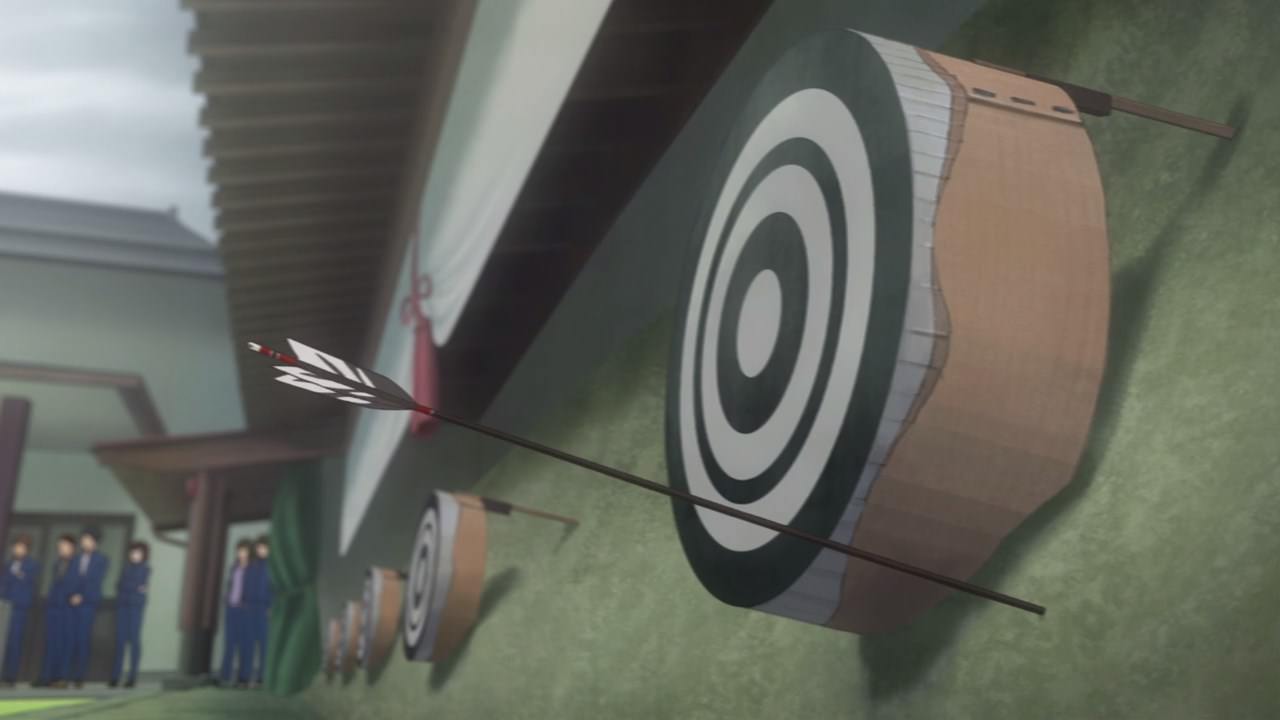 Speaking of Kaito, he still haven’t recovered from his disappointing performance from the individual competition. 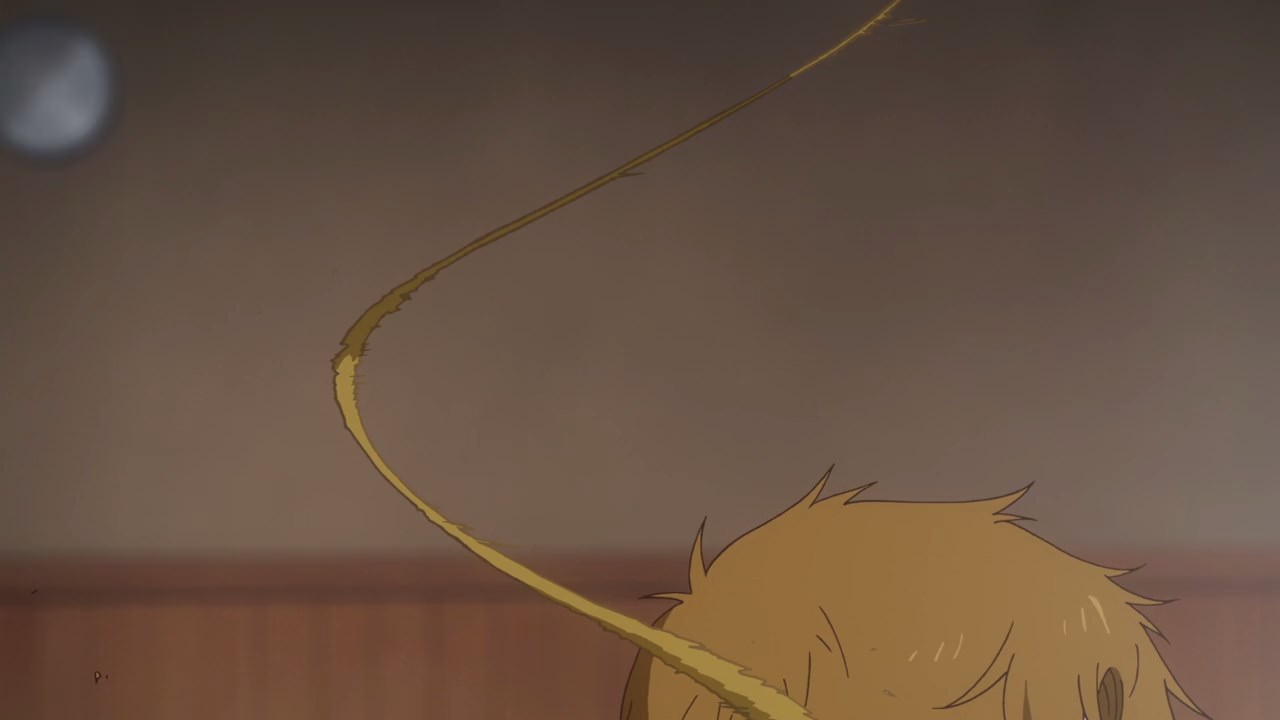 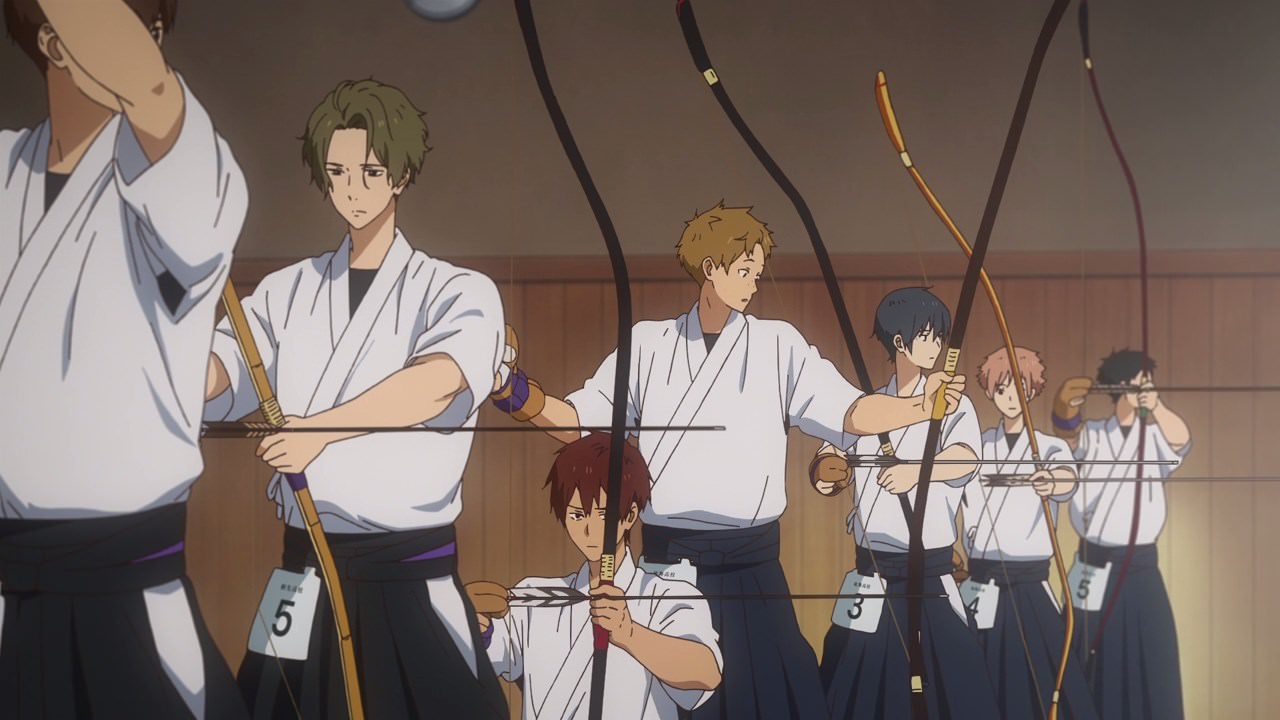 But the worst of all was Ryohei Yamanouchi whose bow string got snapped and he’s into panic mode. And by the way, that counts as a miss.

Despite Seiya Takehaya and Nanao Kisaragi landing successful shots, the first half of the team competition is not looking good for Kazemai High School. 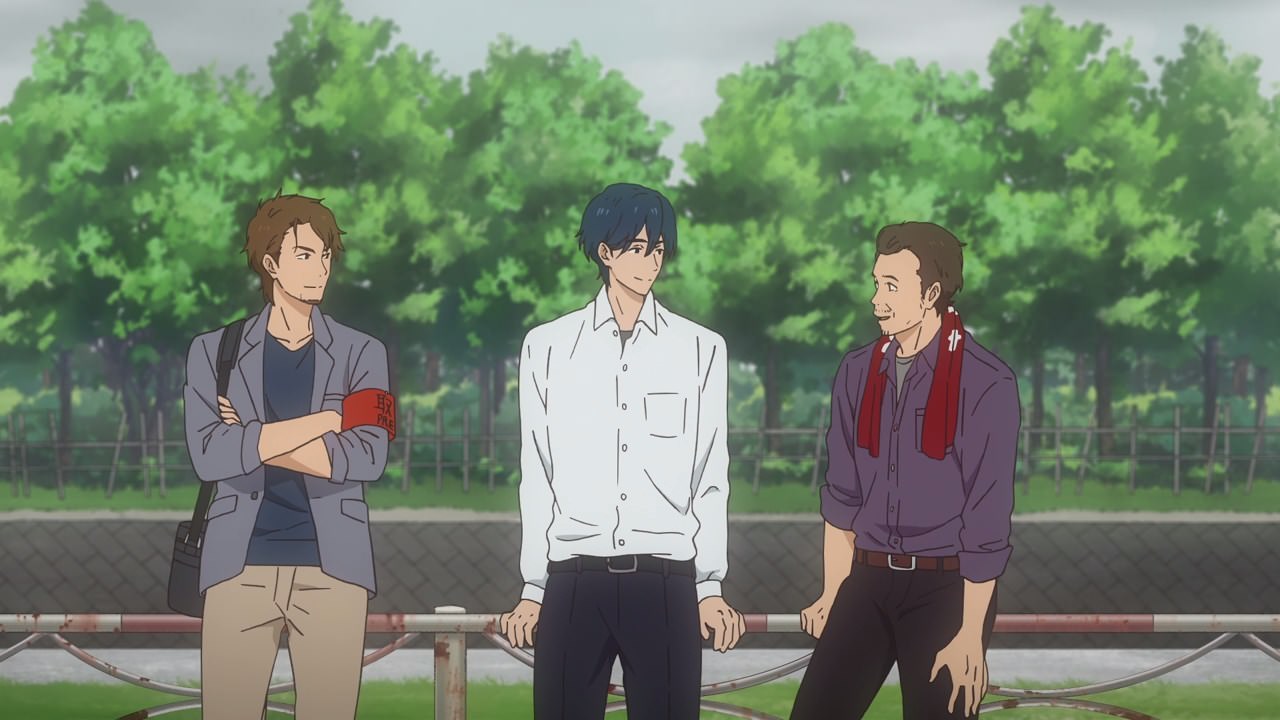 Meanwhile, here’s Masaki Takigawa who is having a chat with both his brother Ren and the owner of the archery equipment store, Nakazaki.

By the way, Nakazaki-san told Masaki that he give his diary to Ryohei Yamanouchi from Kazemai High School. But that’s okay because not only Masaki-san gave his notes to Minato personally, but he became a coach there.

Still, it’s hard for Masaki to not only help Minato in regards to his target panic, but also help the archery club to do well in official tournaments. 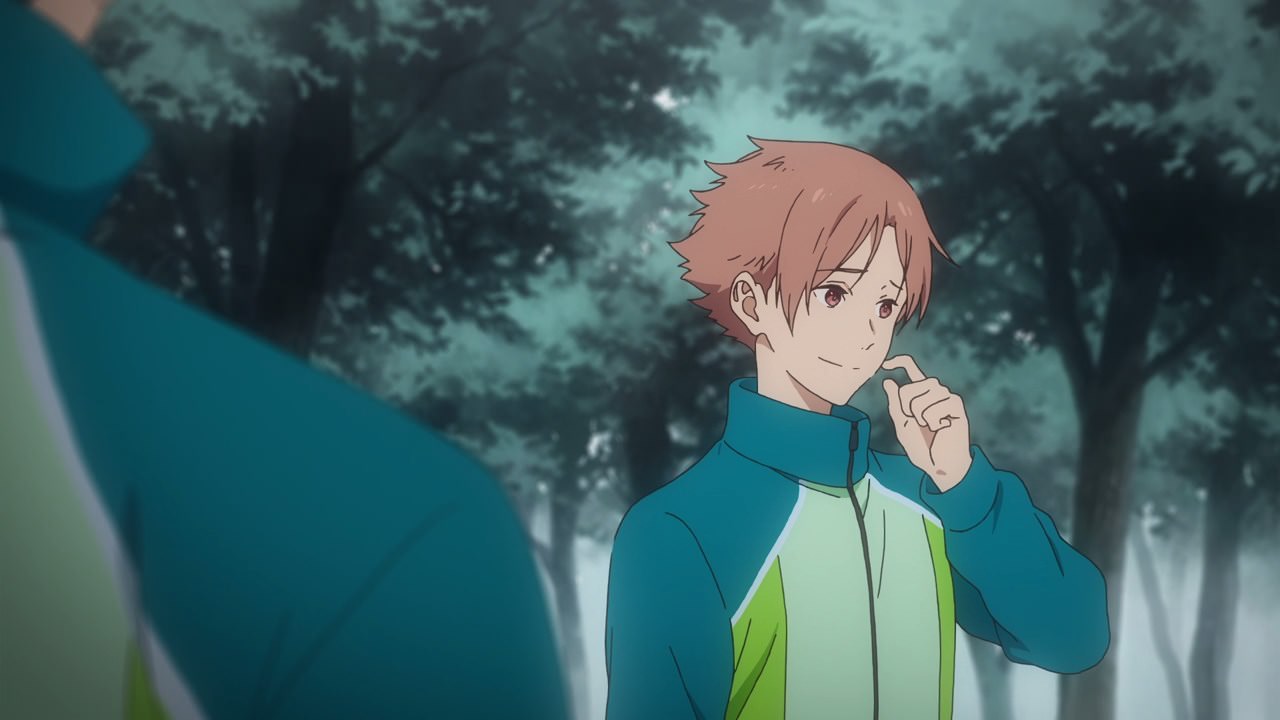 Speaking of Kazemai High School’s archery club, seems that they need to reassess themselves for the second half. Oh, and here’s Nanao Kisaragi where he asked Minato on why he shoots in the first place.

While he’s troubled on what will be his answer, I feel that the reason why Minato Narumiya took the sport of kyudo in the first place is not just because of the “tsurune” sound nor his mother who persuaded him to take up the sport, but because of Shuu Fujiwara in which Minato was inspired by Shuu’s gracefulness. 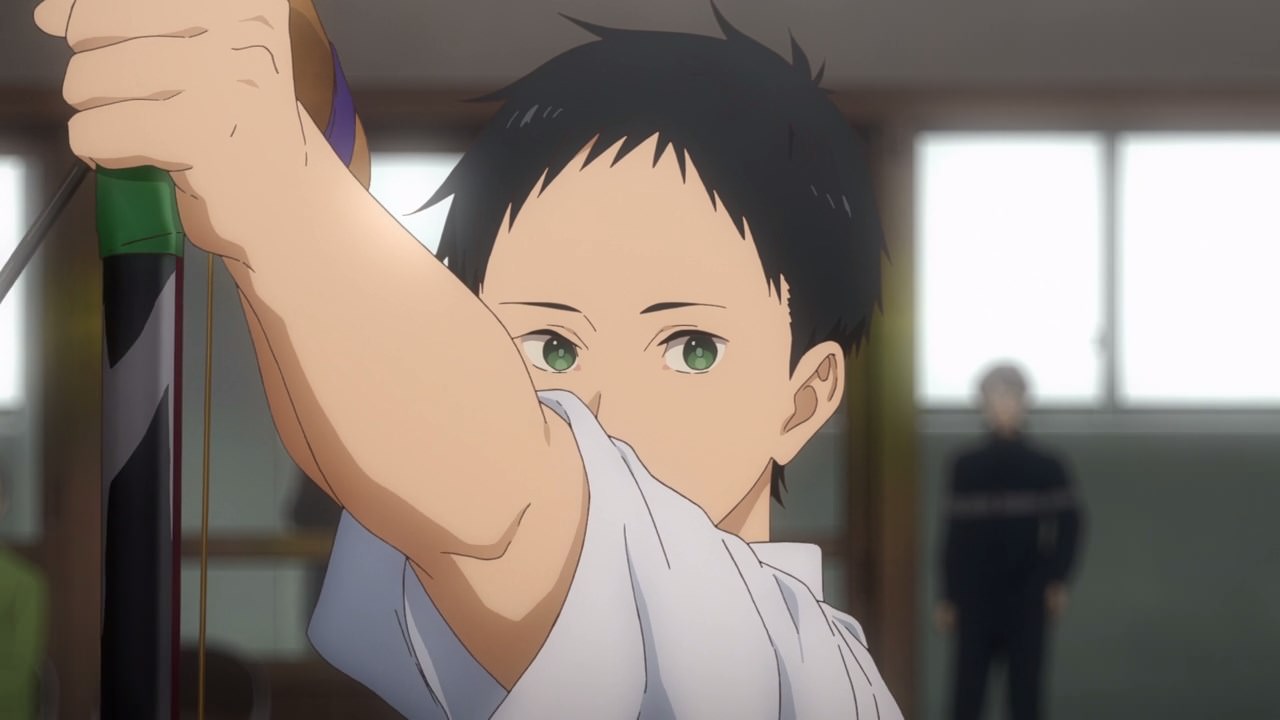 Anyways, it’s time for the second half of the team competition where Minato Narumiya took up his bow and he’s about to fire his arrow. At this point, it’s now or never for him and his teammates. 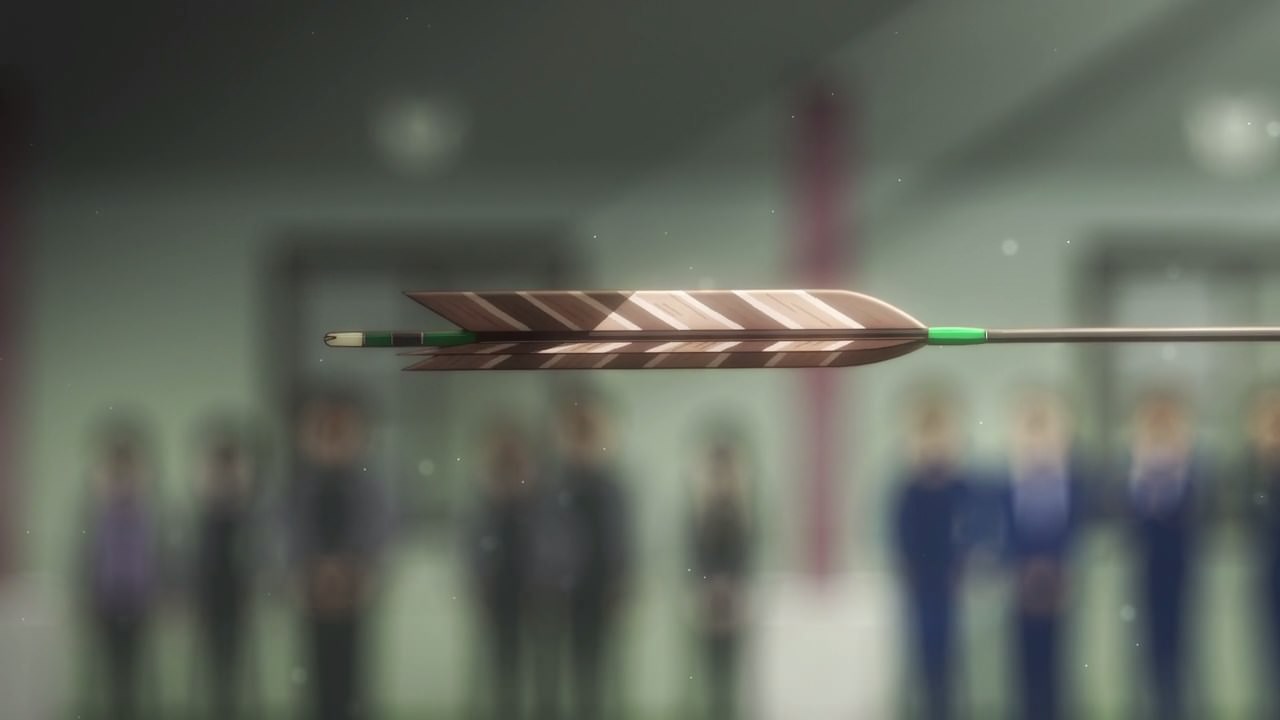 With that said, Minato fires his arrow and be amazed with KyoAni’s superb animation as the arrow spins majestically… in slow motion. 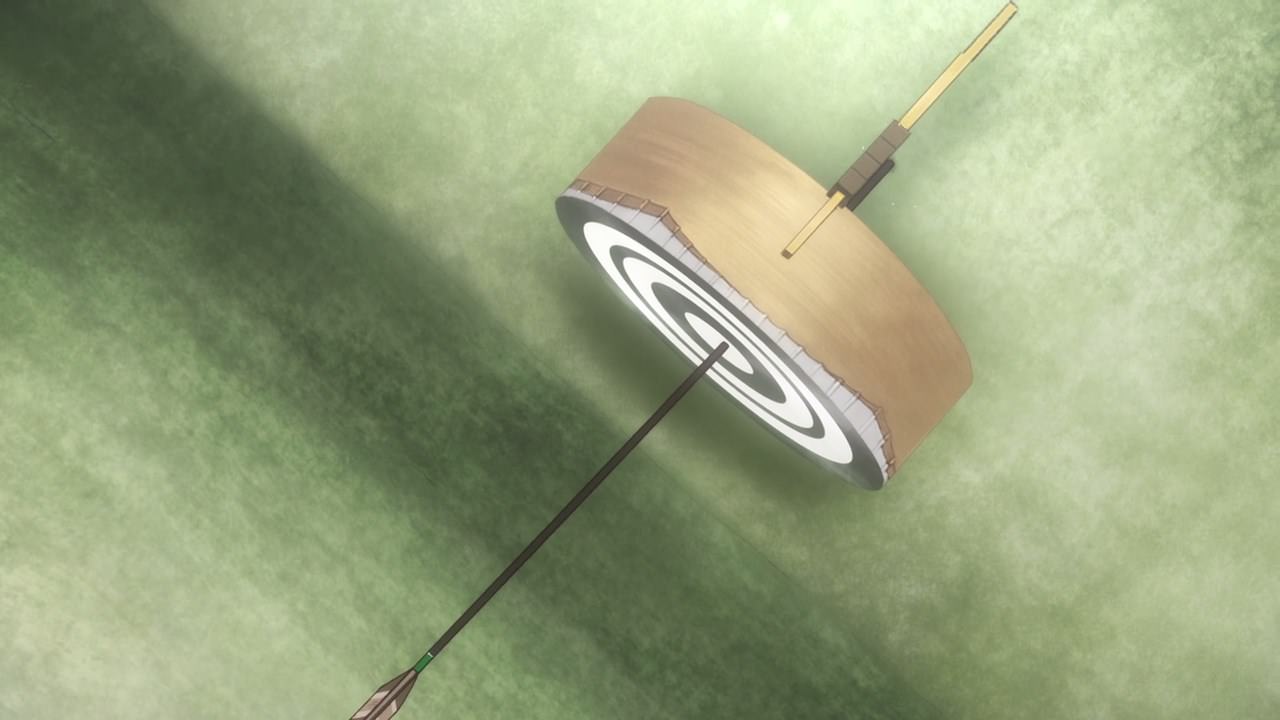 Eventually, the arrow landed dead center into the target. And you know what that means, looks like Minato has managed to hit the target after many tries.

However, isn’t it enough for him and the rest of the archery club to get past the preliminaries? 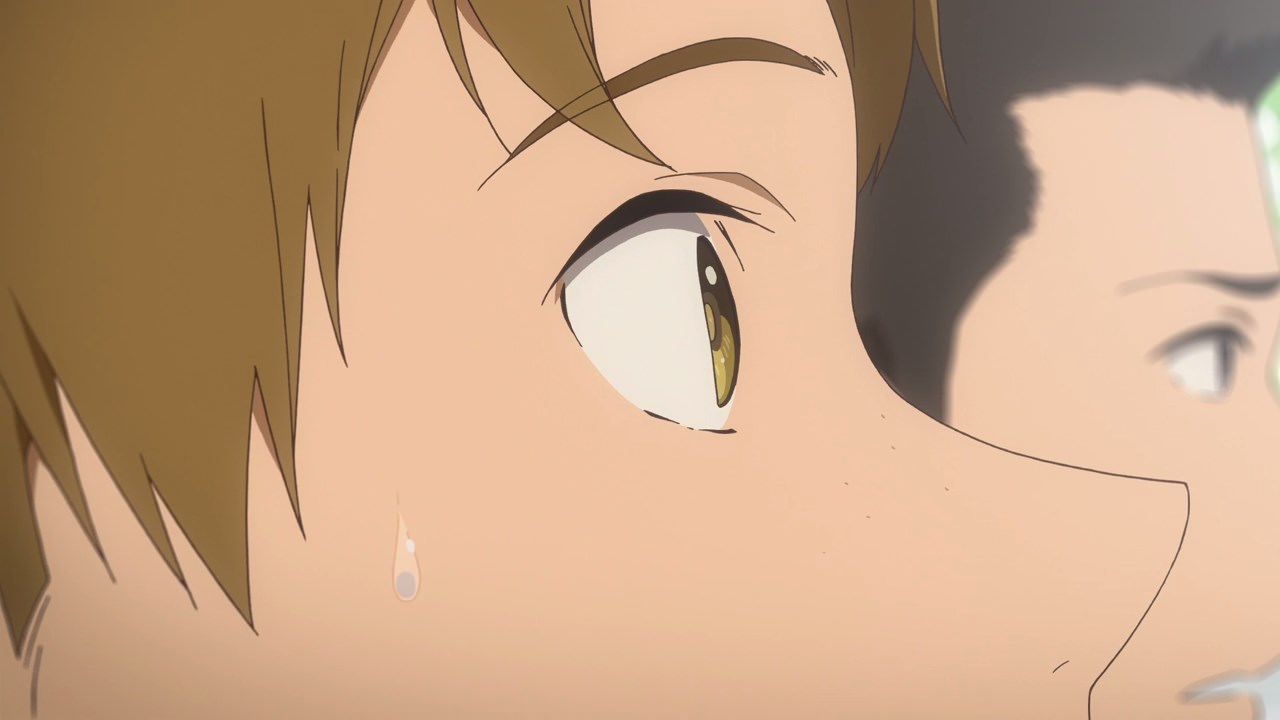 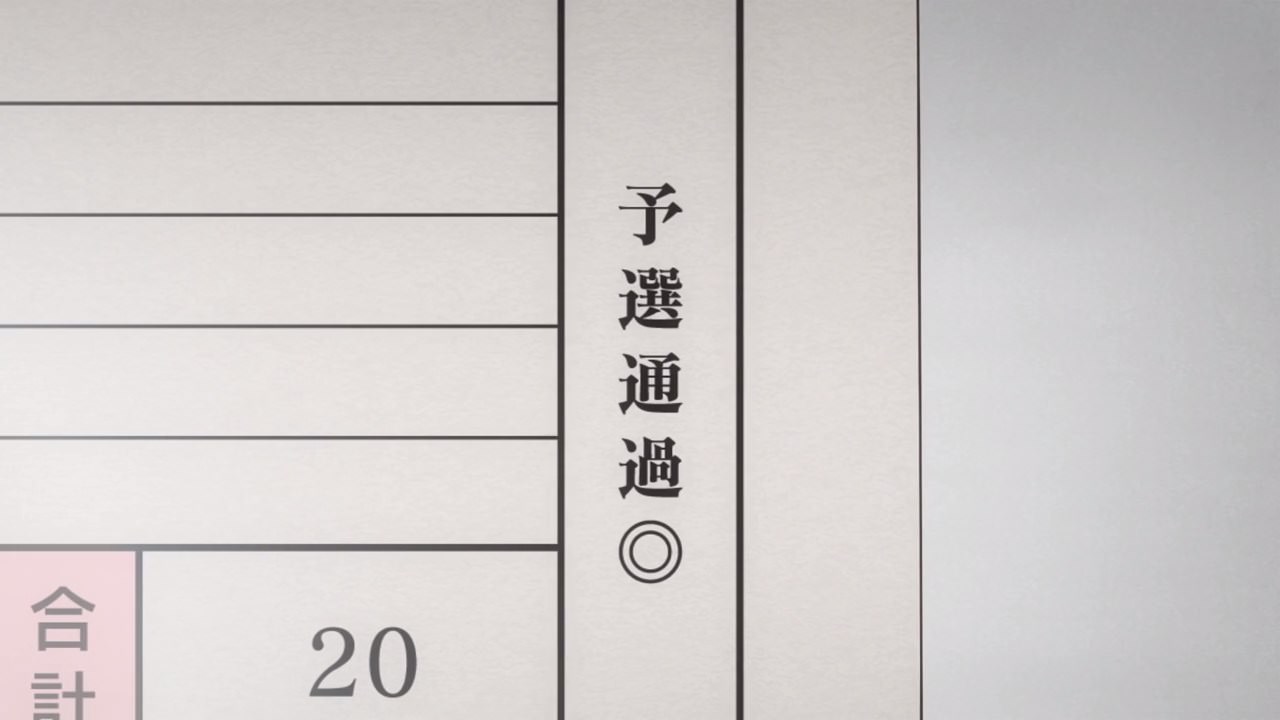 Well it turns out, they managed to get past the preliminaries as Kazemai High School are now qualified. Well, they barely passed as they got 20 out of 40 shots. 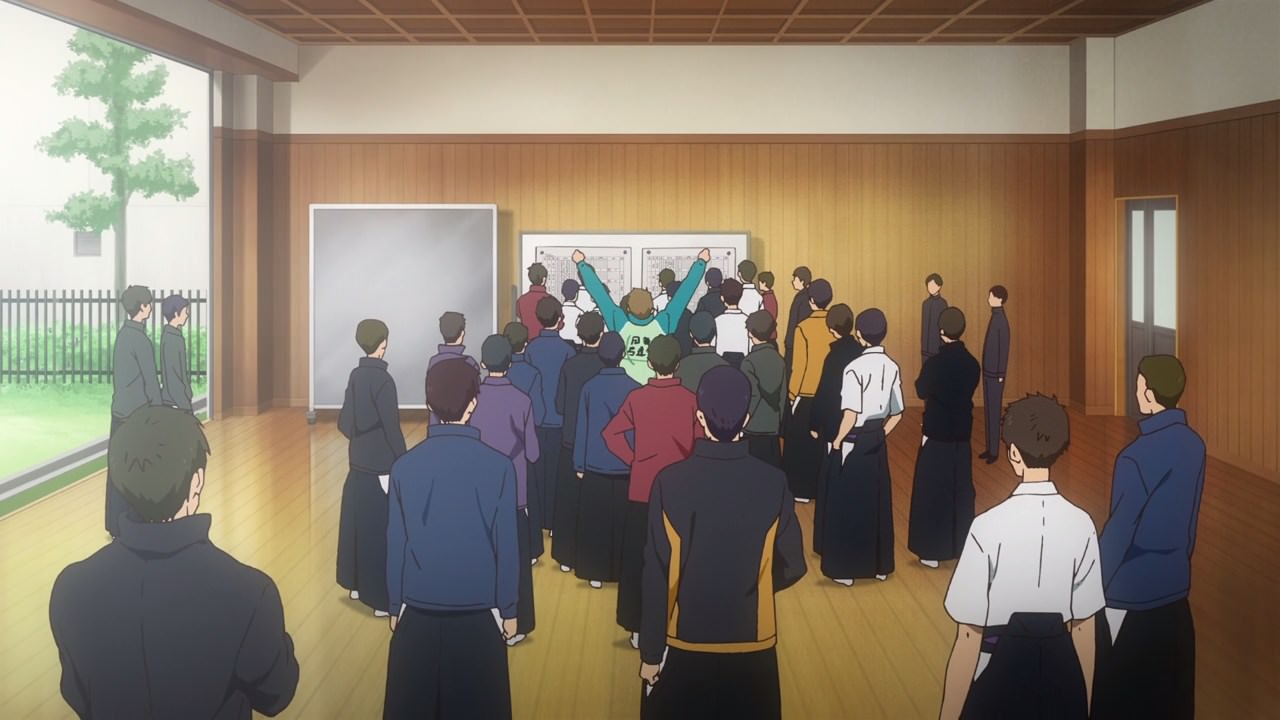 With that said, it’s time for Ryohei Yamanouchi to celebrate as Kazemai High School made it past the preliminaries. 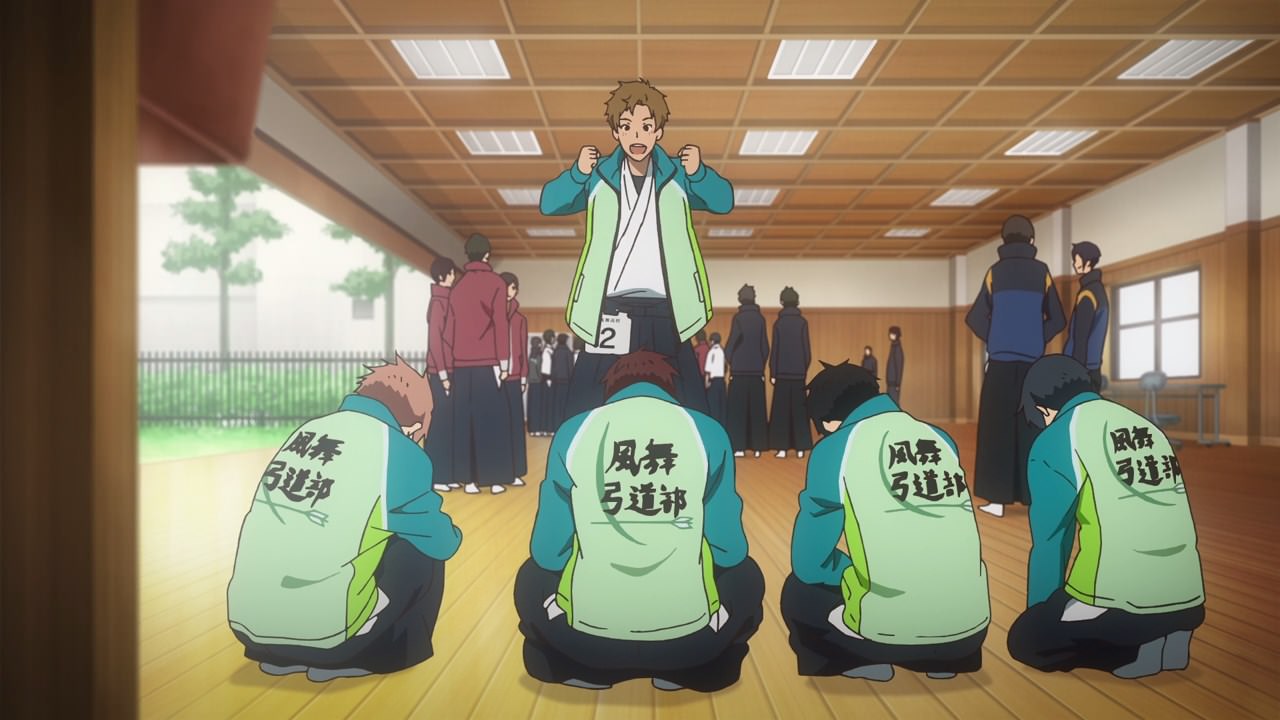 But for his teammates however, it seems that they felt a sigh of relief now that the burden has taken off their chest. Anyways, let’s hope that these boys will do better in the nationals! 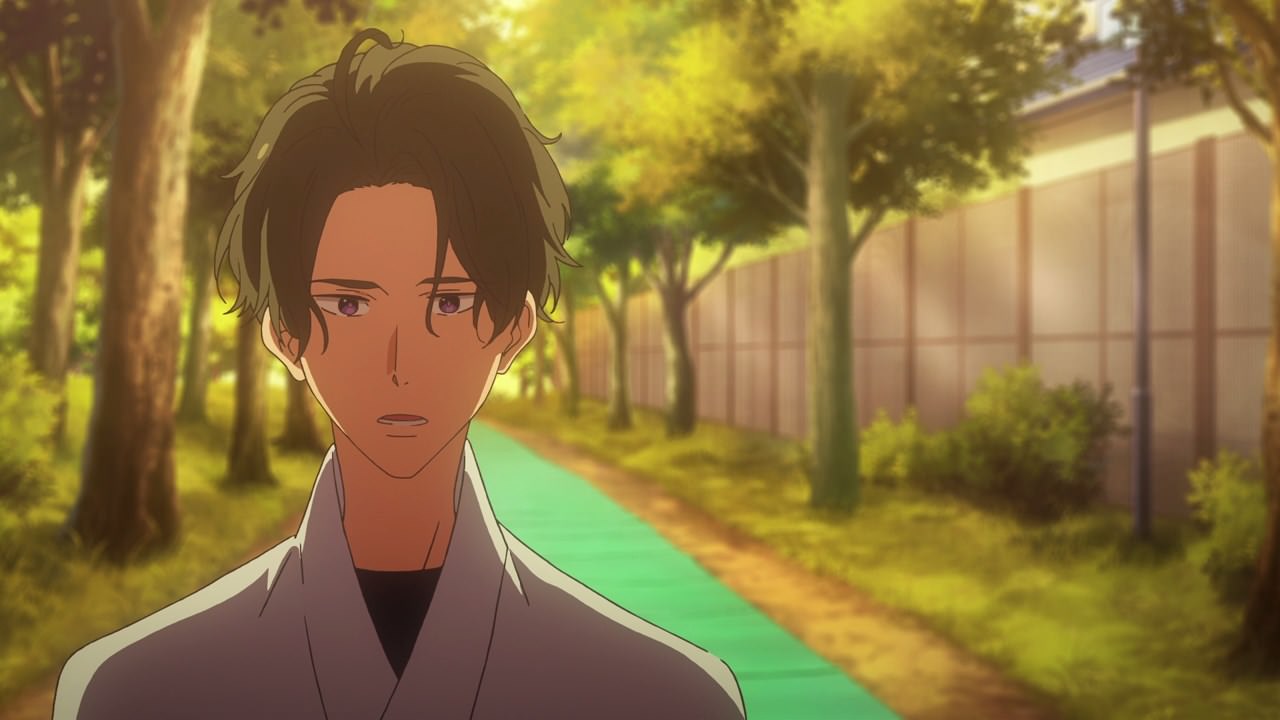 One last thing, here’s Shuu Fujiwara where he told Minato Narumiya to get better in order for him to reach greater heights.

And why Shuu said that to Minato is because he wants a great rival in the world of kyudo, unlike Seiya Takehaya in which Fujiwara considers him as not being passionate when it comes to archery. Gotta say that Seiya won’t like what Shuu said to him. 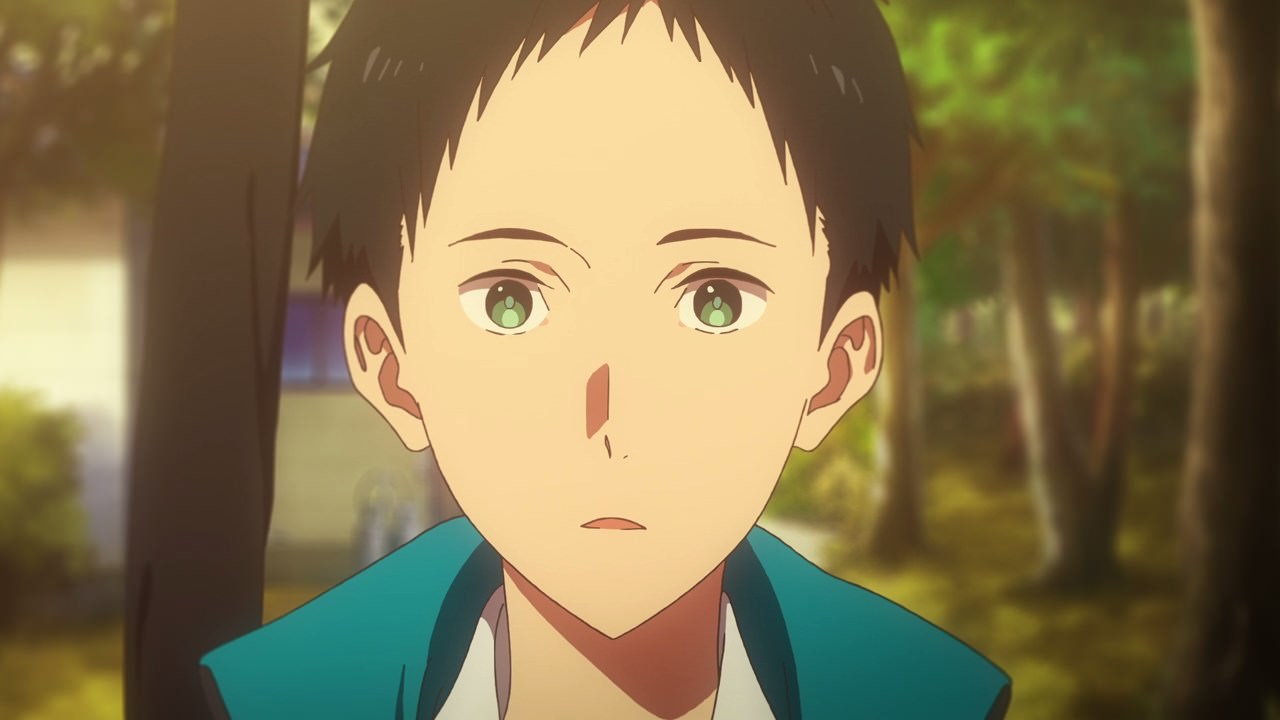 In any case, looks like I’m done watching this episode as Minato Narumiya and the rest of Kazemai High School’s archery club will pour their energy towards the nationals. Question is, what happened to Rika Seo? Is she qualified for the nationals?