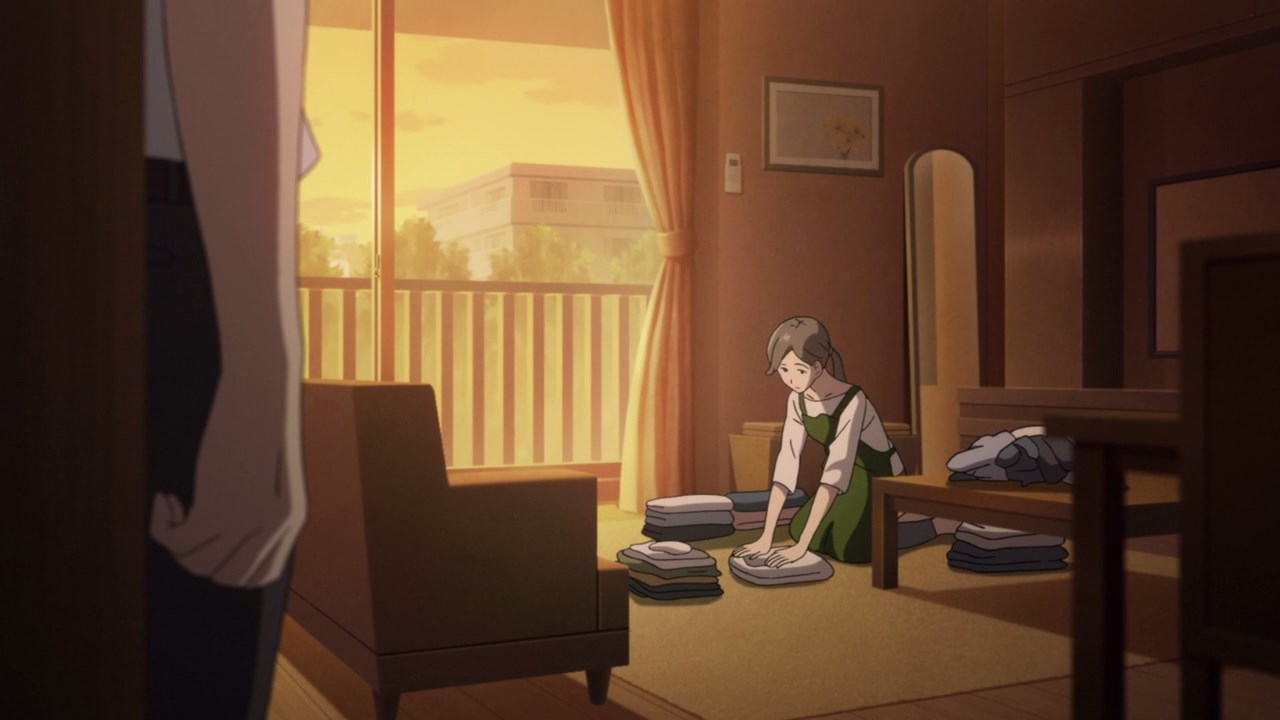 This is two years ago when Kaede Azusagawa got afflicted by the Puberty Syndrome, which she not only got mysterious scars from bullies who badmouthed her online, but Kaede lost her memory. 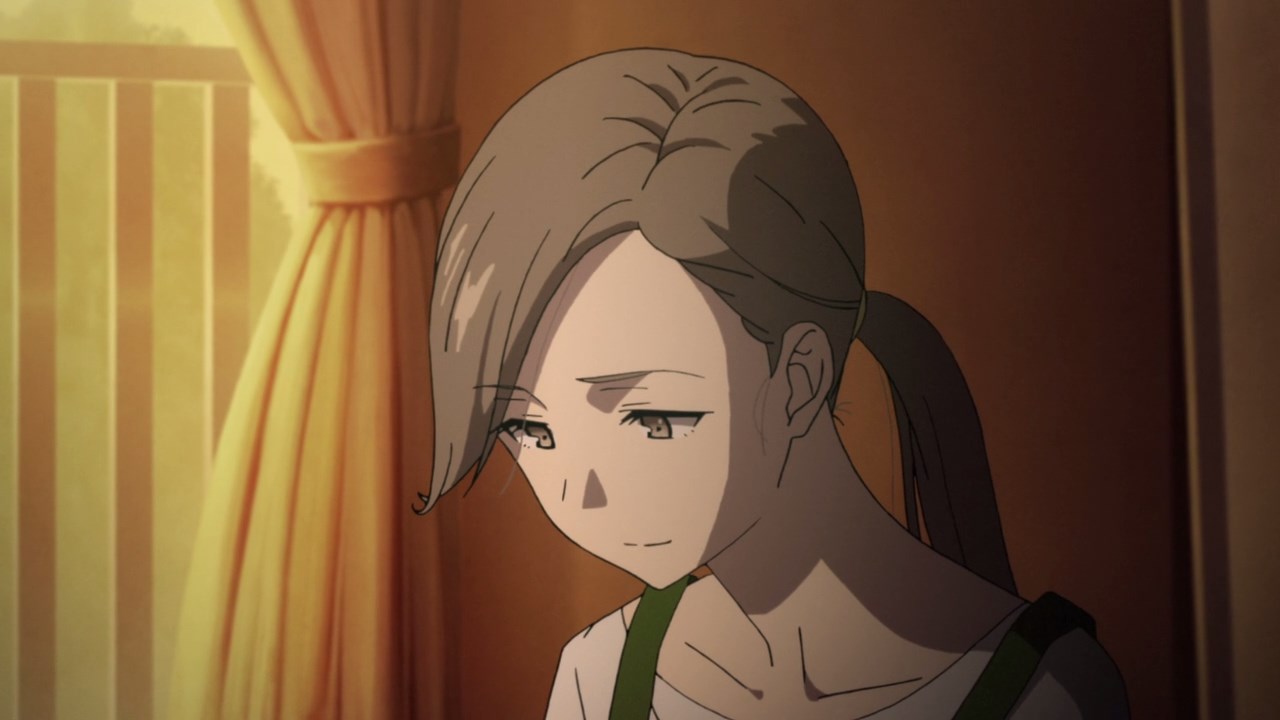 This led Kaede and Sakuta’s mother going hysterical in regards to her daughter’s illness. To this day, their mother hasn’t fully recovered from her mental breakdown. 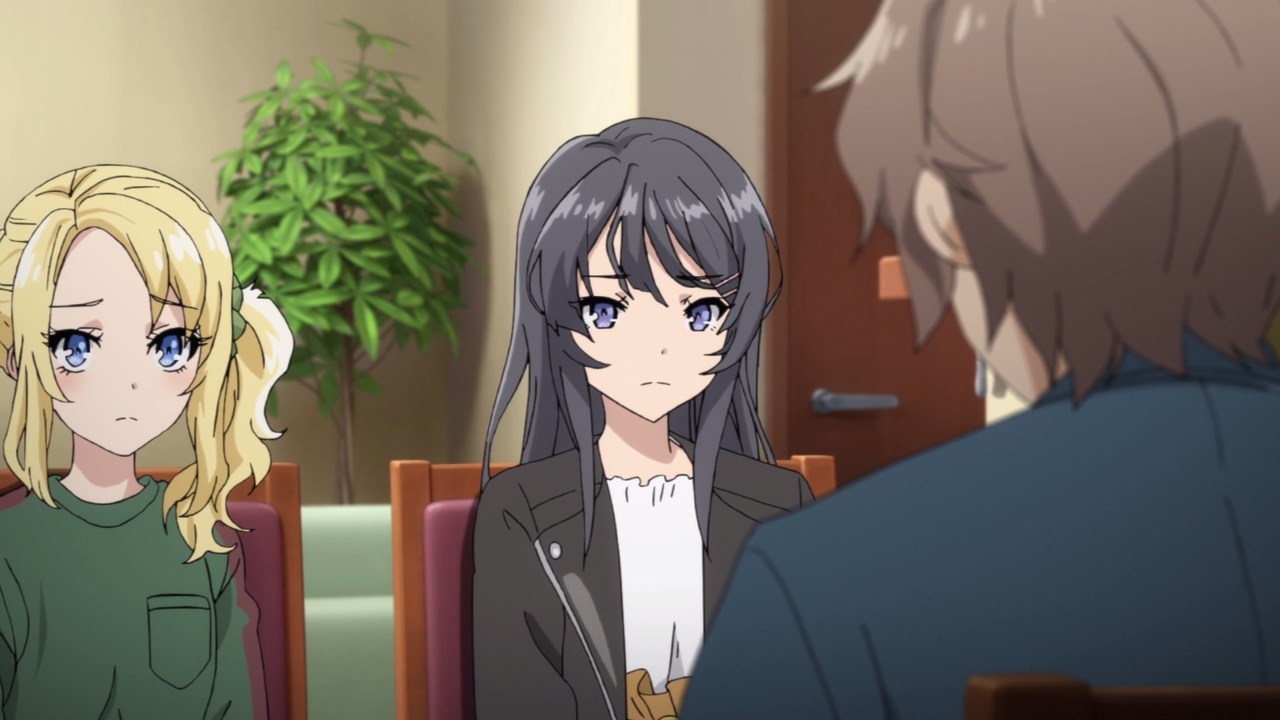 In any case, Sakuta Azusagawa explained to both Nodoka Toyohama and Mai Sakurajima that the reason for Kaede’s memory loss is because she wants to run away from the bullies that Kaede discarded her previous personality.

So yeah, it’s the most complicated Puberty Syndrome ever that if only Shoko Makinohara is here to give Kaede some advice, much like how she saved Sakuta from depression. Then again, some say that Shoko Makinohara regressed her age to that of a middle schooler or she didn’t exist at all. We’ll never know… 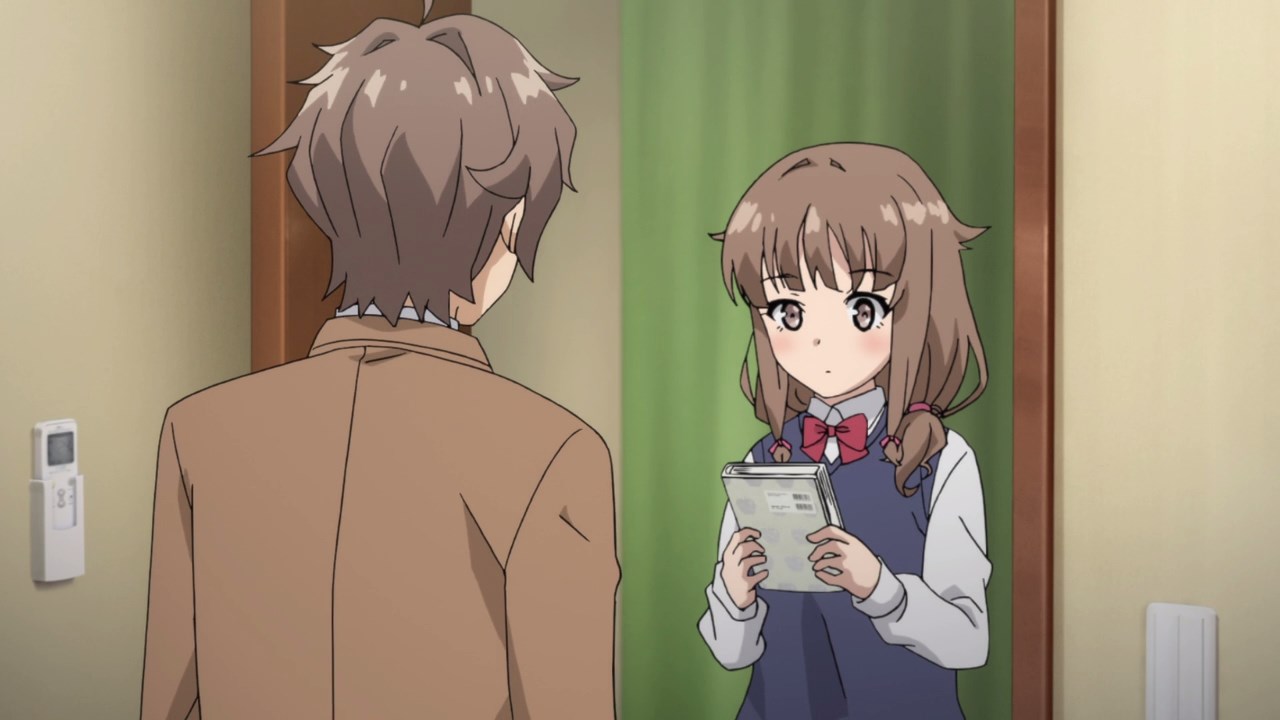 But let’s go back to Kaede Azusagawa as Sakuta gave her a book, which belonged to her childhood friend Kotomi Kano.

Anyways, Kaede doesn’t remember Kotomi much but hey, at least she has a book to read. 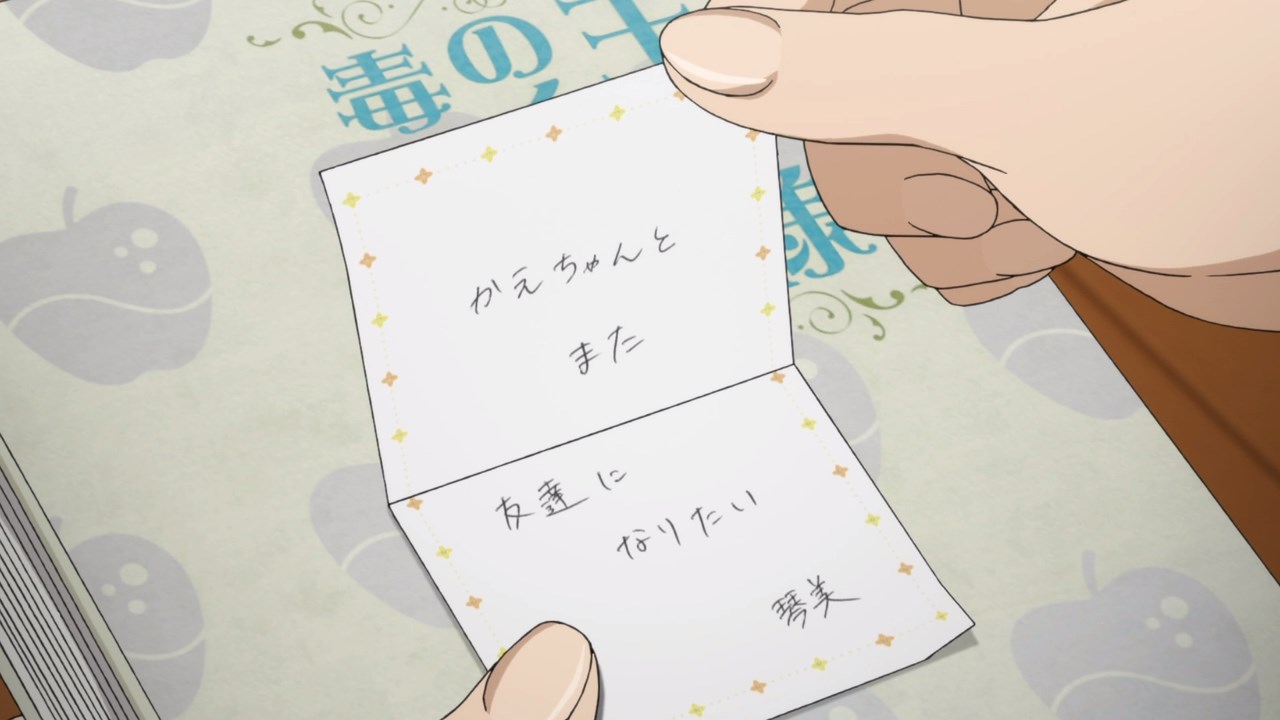 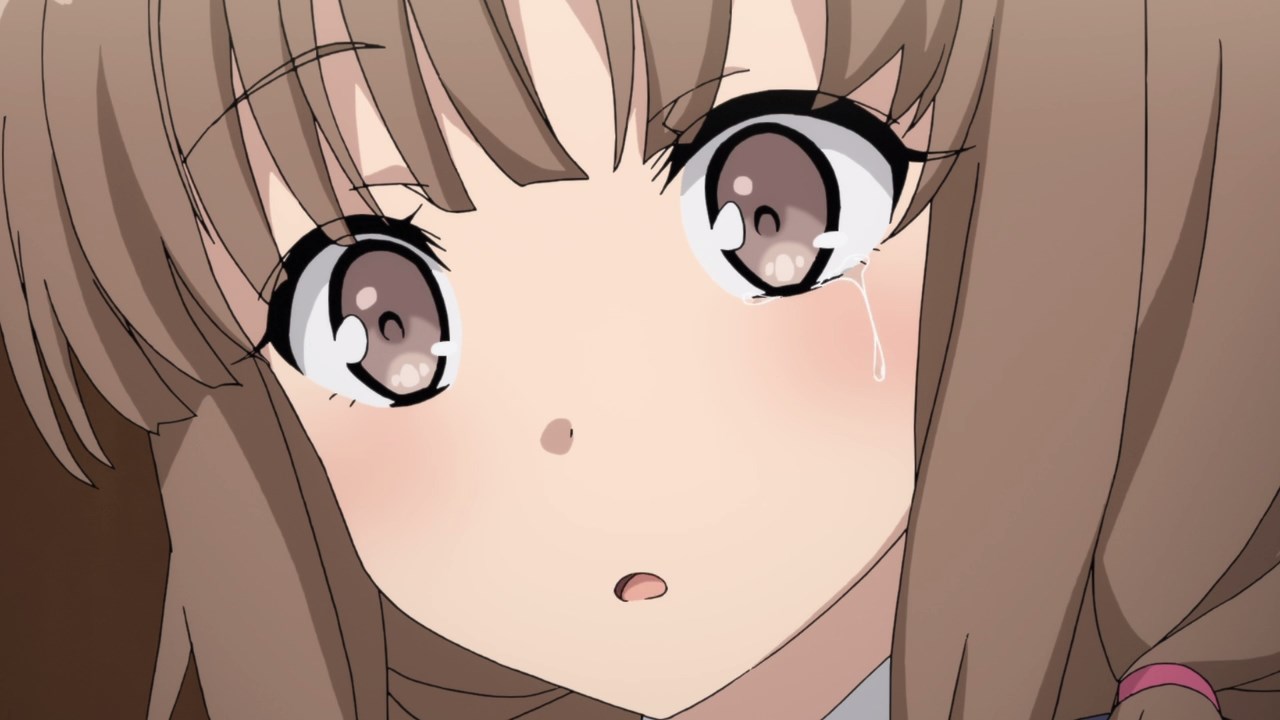 But when Kaede opens the book which contains a letter of Kotomi, she cried and uttered her name as Kaede is starting to regain her memories. 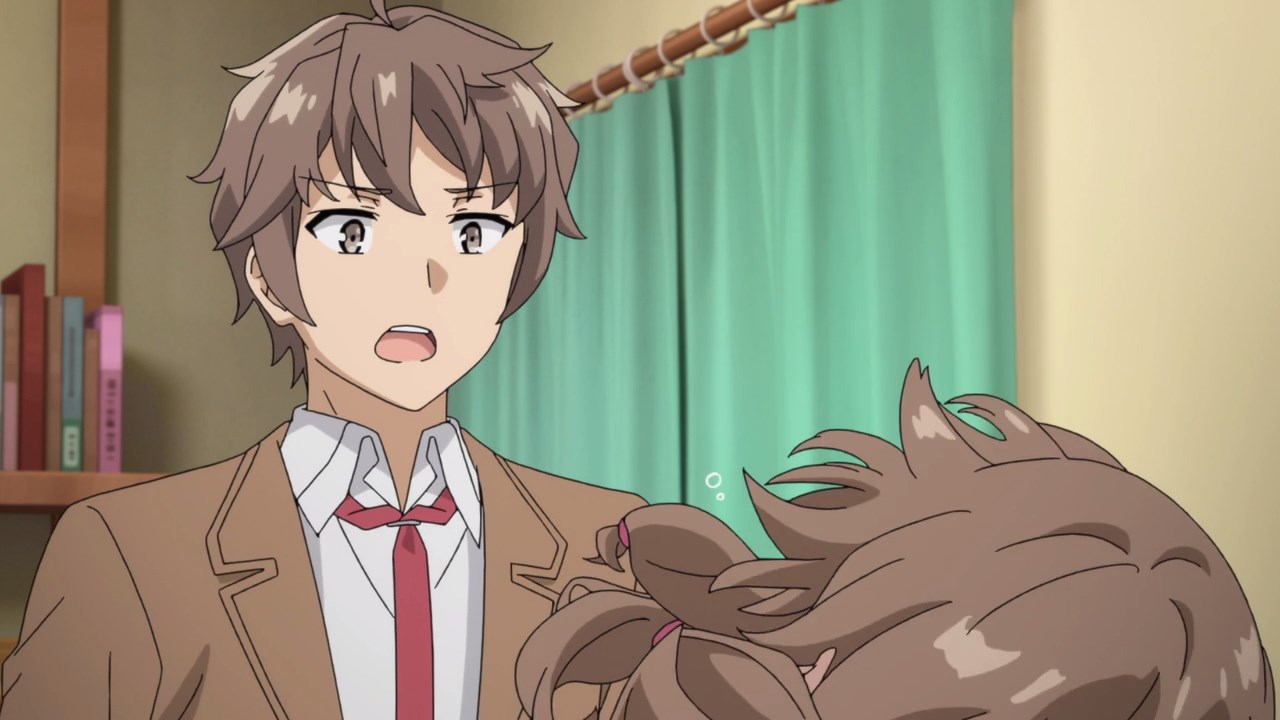 And then, she fainted in which Sakuta managed to get a hold of her.

Now, could it be that Kaede is starting to remember who she really is? Then again, what’s gonna happen to her current memories? 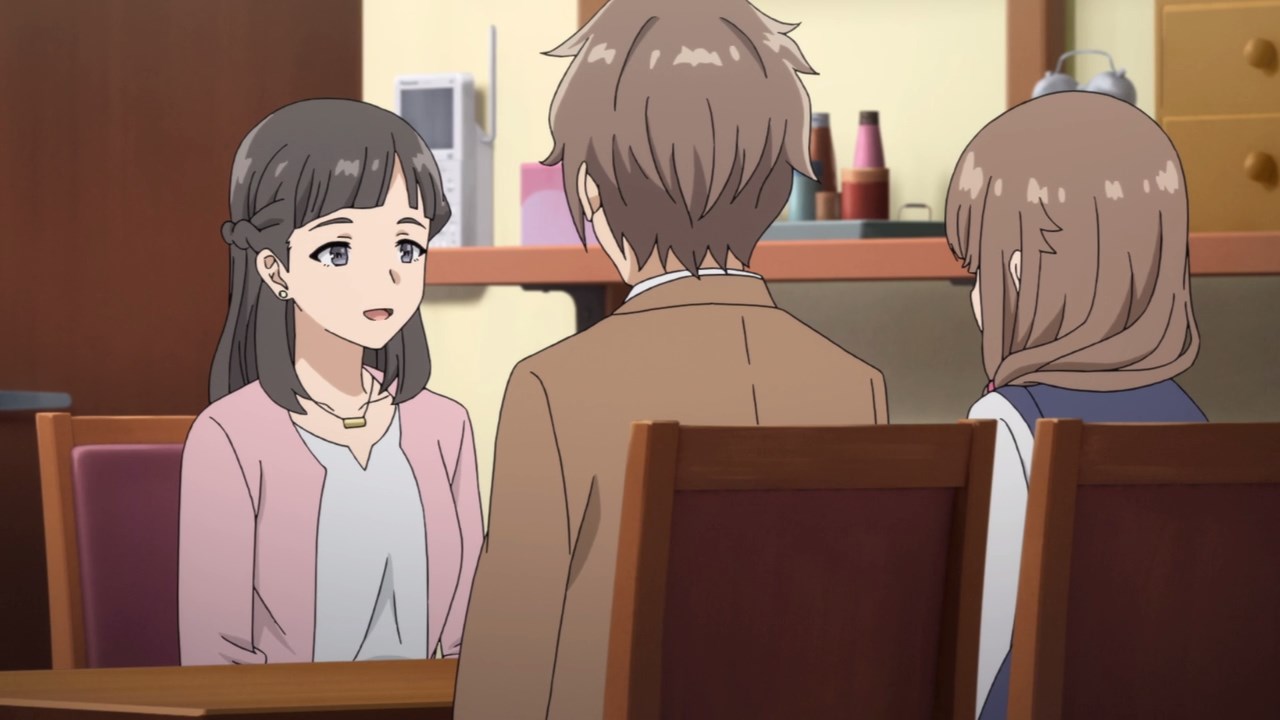 With that said, seems that Kaede will have to find a councilor to help her memory loss, as well as her road towards recovery.

At least this councilor understands Kaede despite not knowing about the Puberty Syndrome. Of course, she told Kaede to take it slowly. 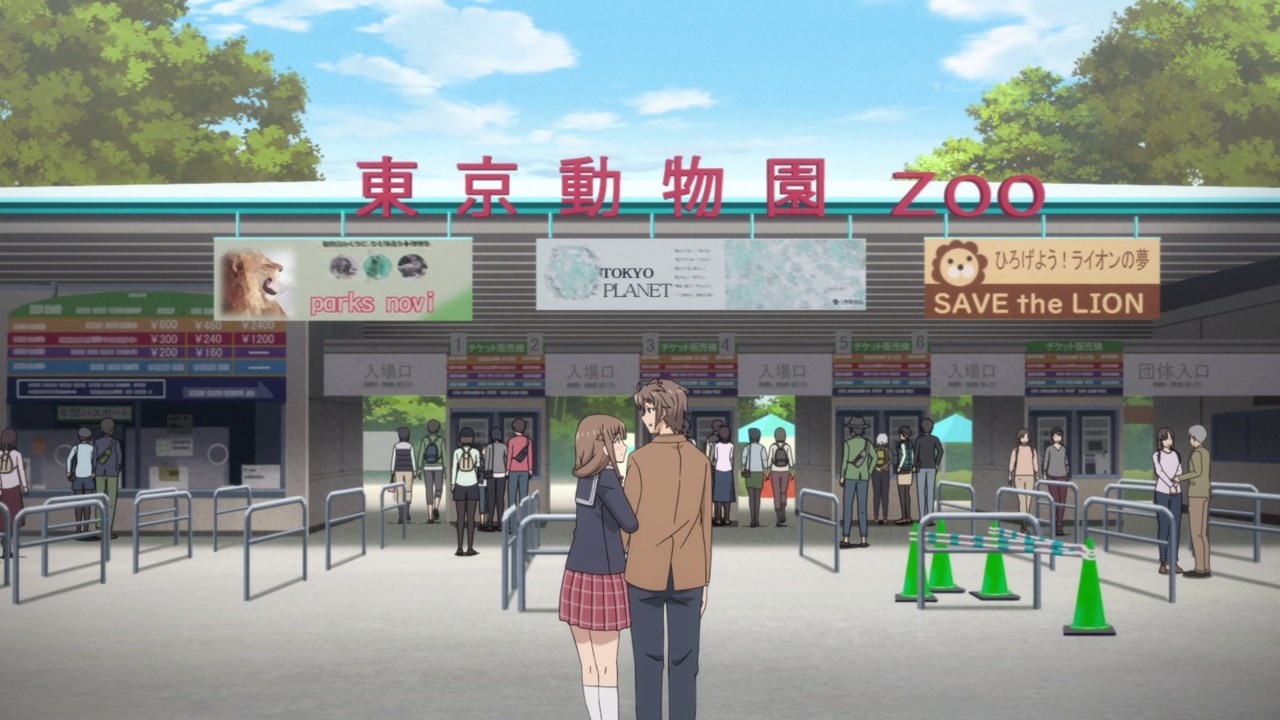 Anyways, since they have some plenty of time left, Sakuta ditched school and invited his sister to visit the zoo. After all, she wants to see the pandas. 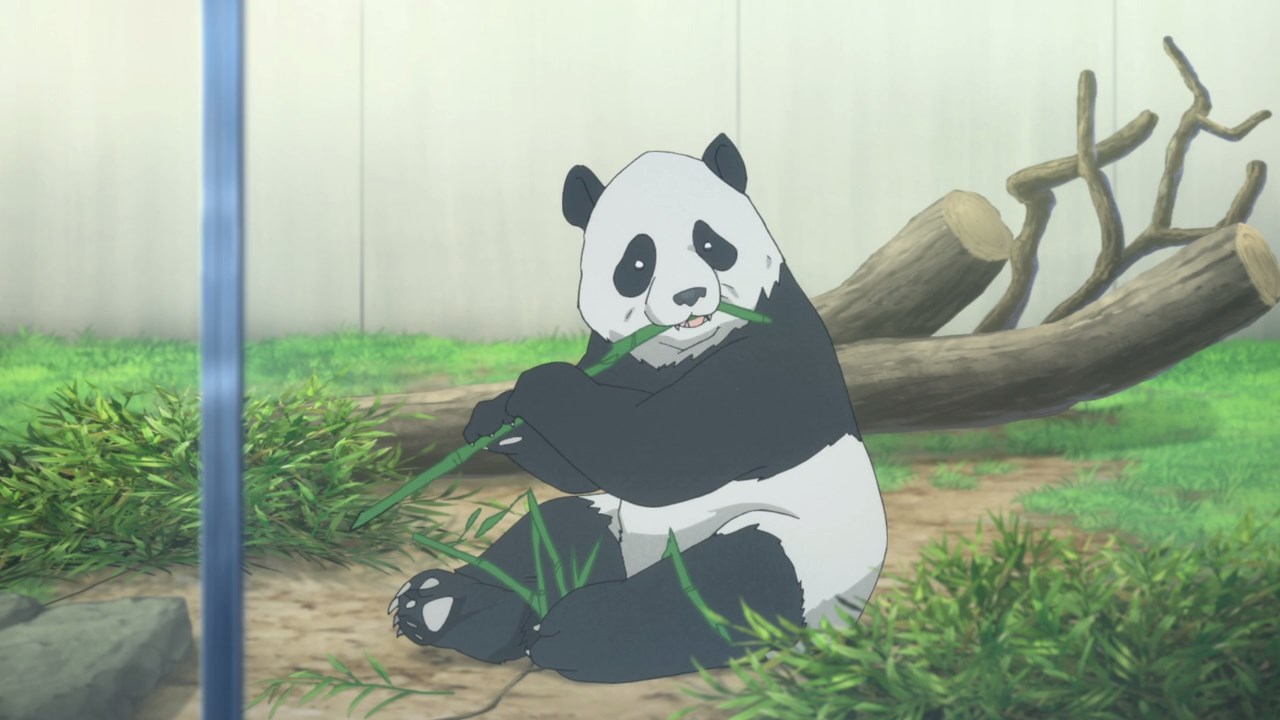 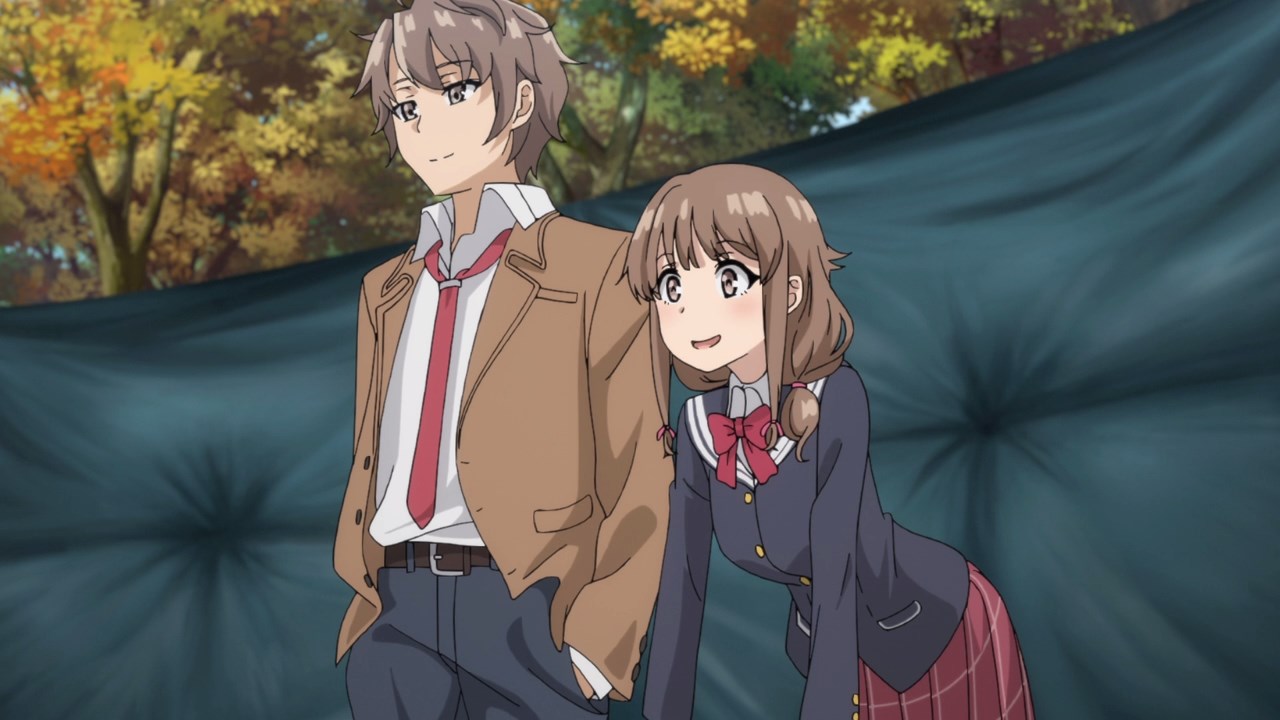 Look at Kaede’s face? She’s very astonished upon seeing the pandas ’cause they’re cute… in her eyes at least. 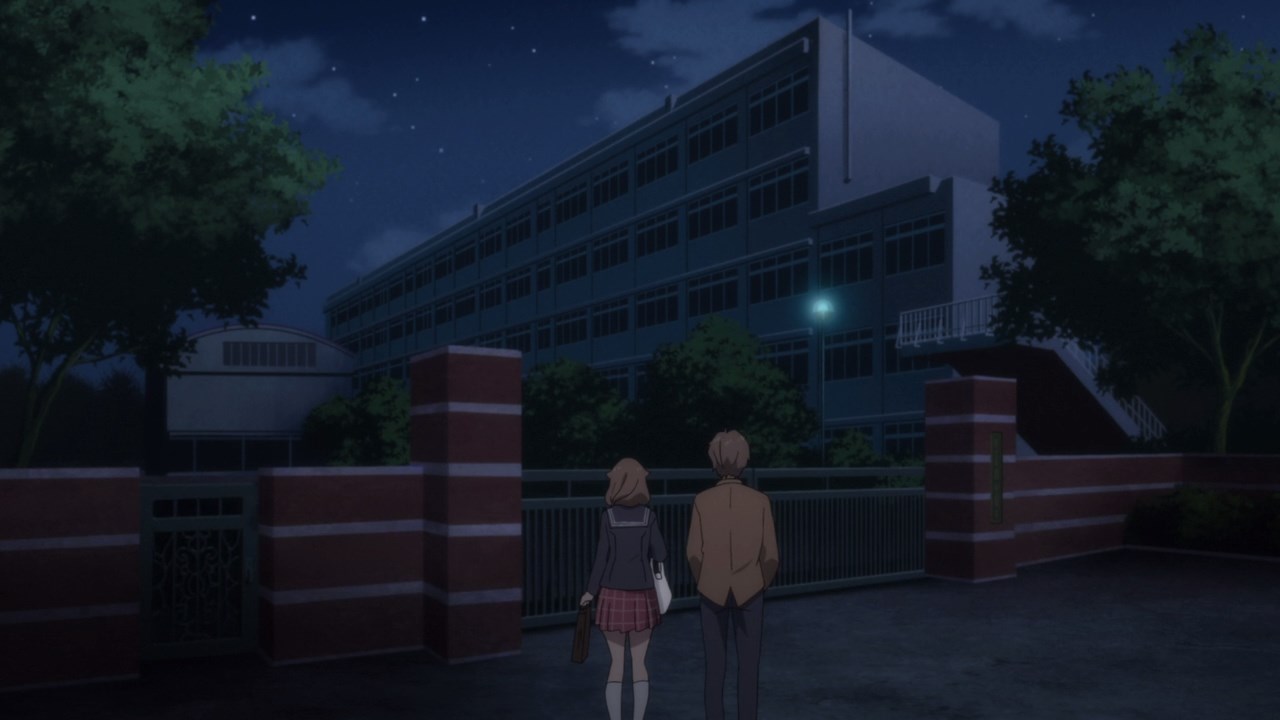 Afterwards, Sakuta brought Kaede to some random high school as she wants to go back to school, study, hang out with friends, etc. 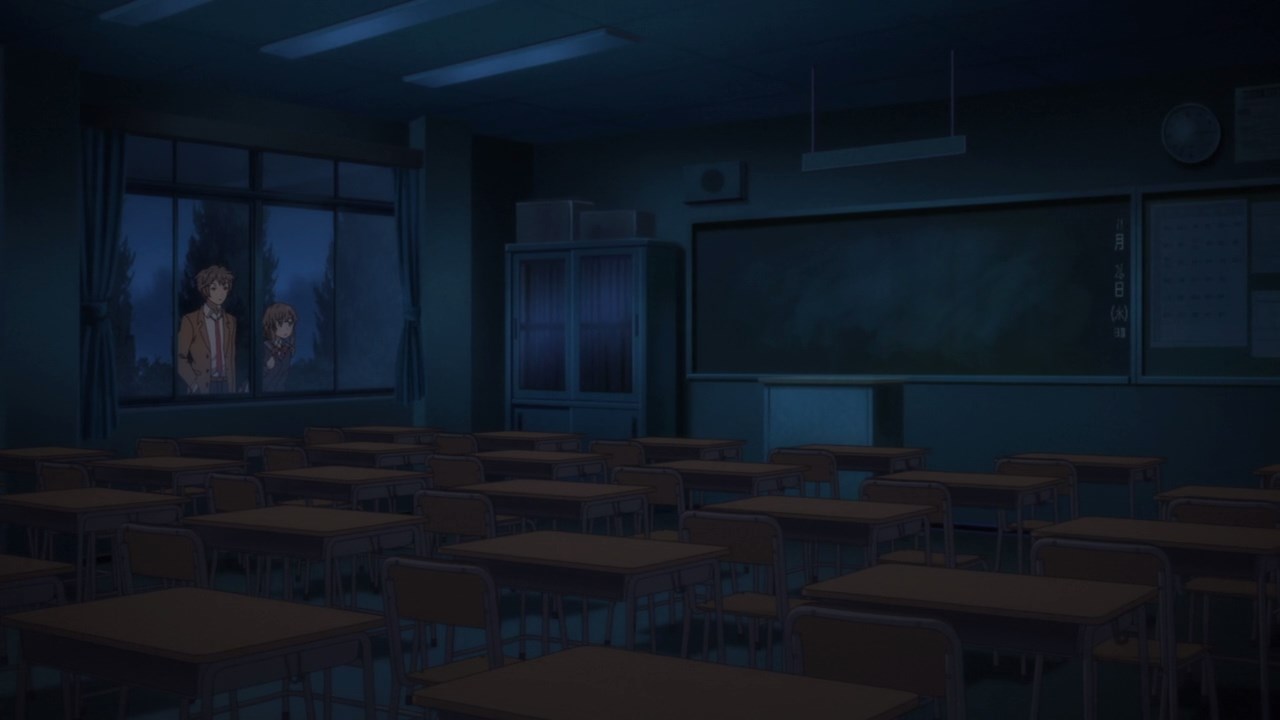 In any case, while I feel that Kaede’s memories will eventually return, I feel that Kaede wants to savor this moment forever as she’s looking forward to return to school for a fresh new start. 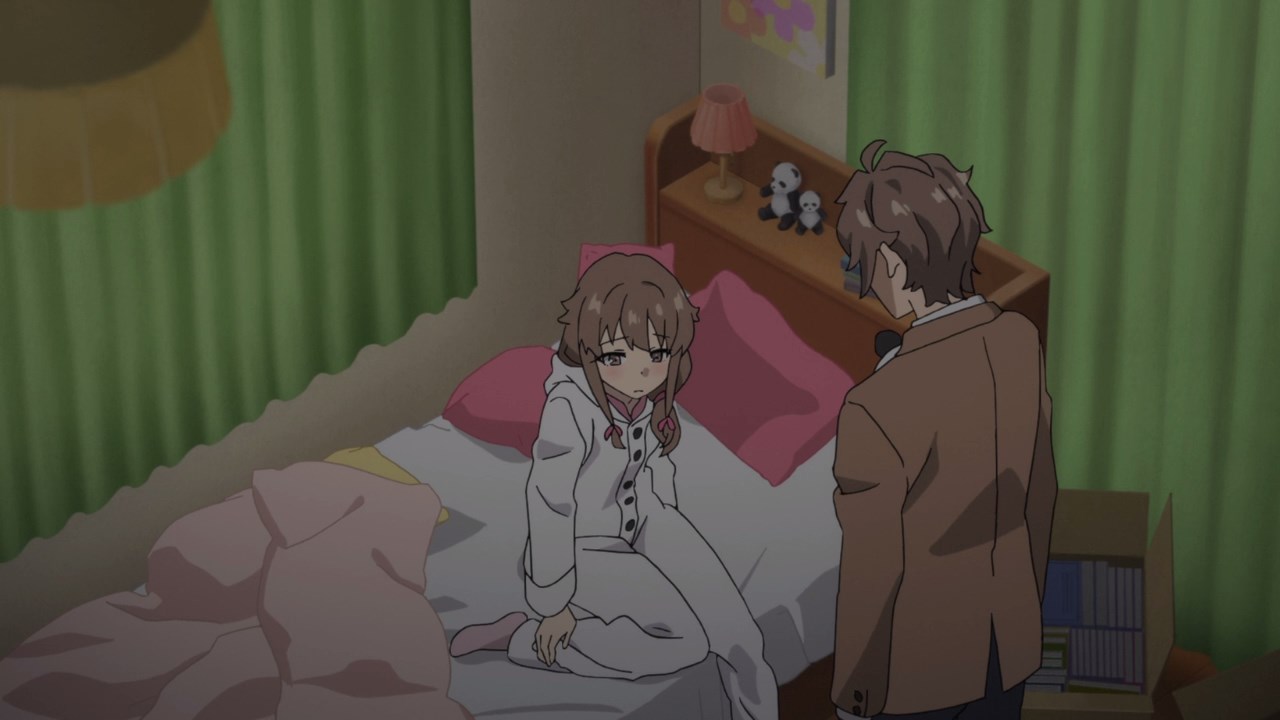 This means that while she has memories prior to having Puberty Syndrome, Kaede doesn’t remember anything beyond that. 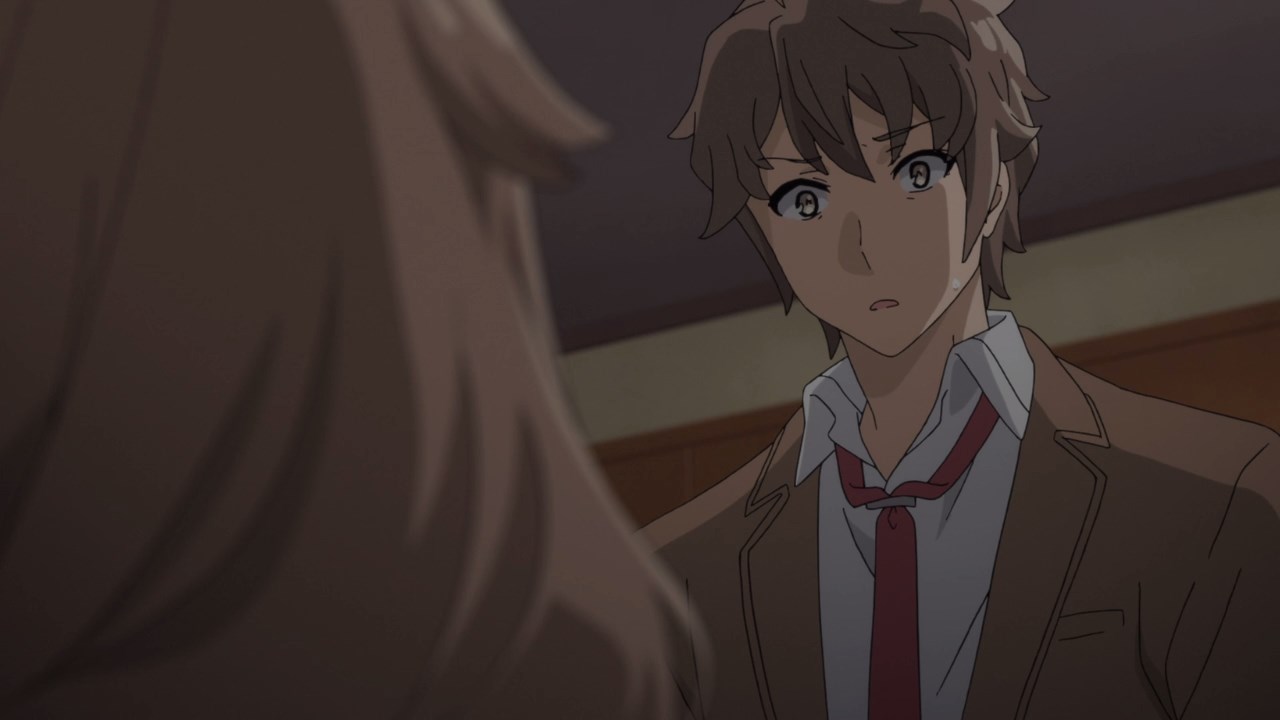 Well, seems that Sakuta Azusagawa is shocked that Kaede’s previous personality has returned, but what’s gonna happened to him now that Kaede doesn’t know what happened in recent years like getting a girlfriend, meeting a young Shoko Makinohara, etc. And really, Kaede will be shocked that everything has changed.

With that said, I’ll see you next time for the final episode of Seishun Buta Yarou! Let’s hope that Kaede’s story arc will have a happy ending or she’ll end up getting depressed and become a hikikomori.