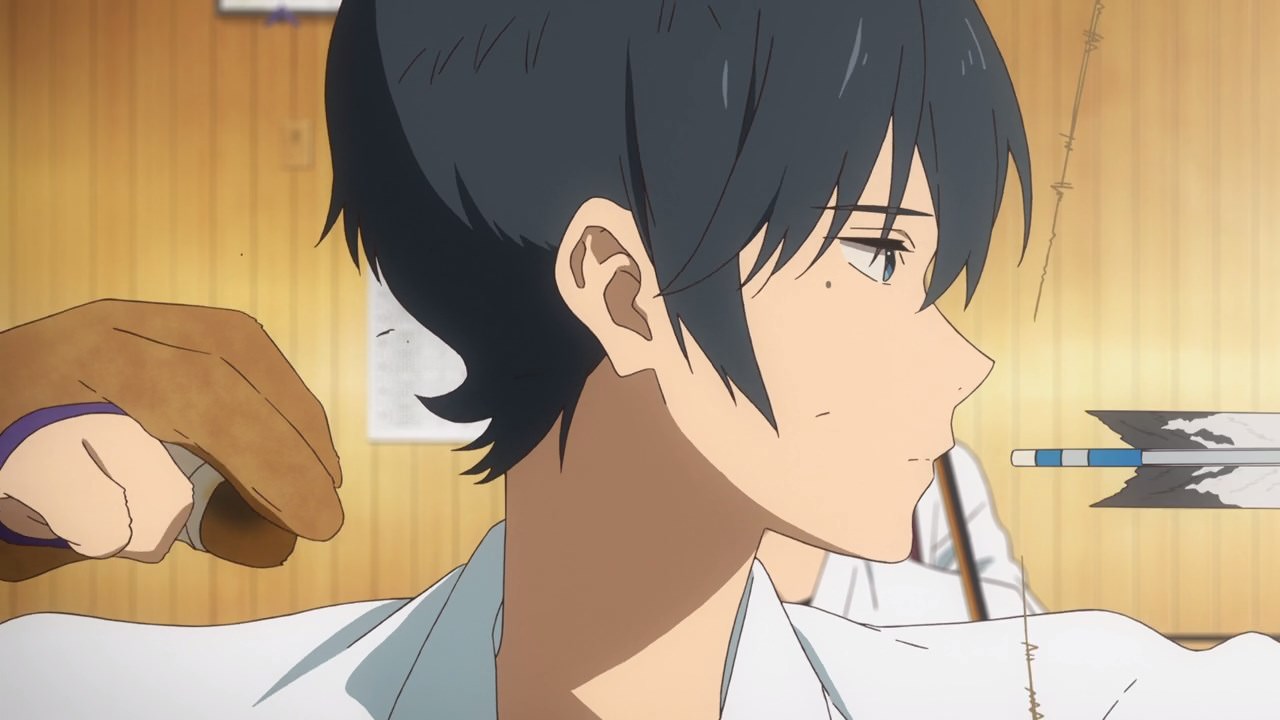 All right, let’s talk about Seiya Takehaya as he’s having trouble lately and it has something to do about Shuu Fujiwara talking about how Seiya doesn’t like kyudo. 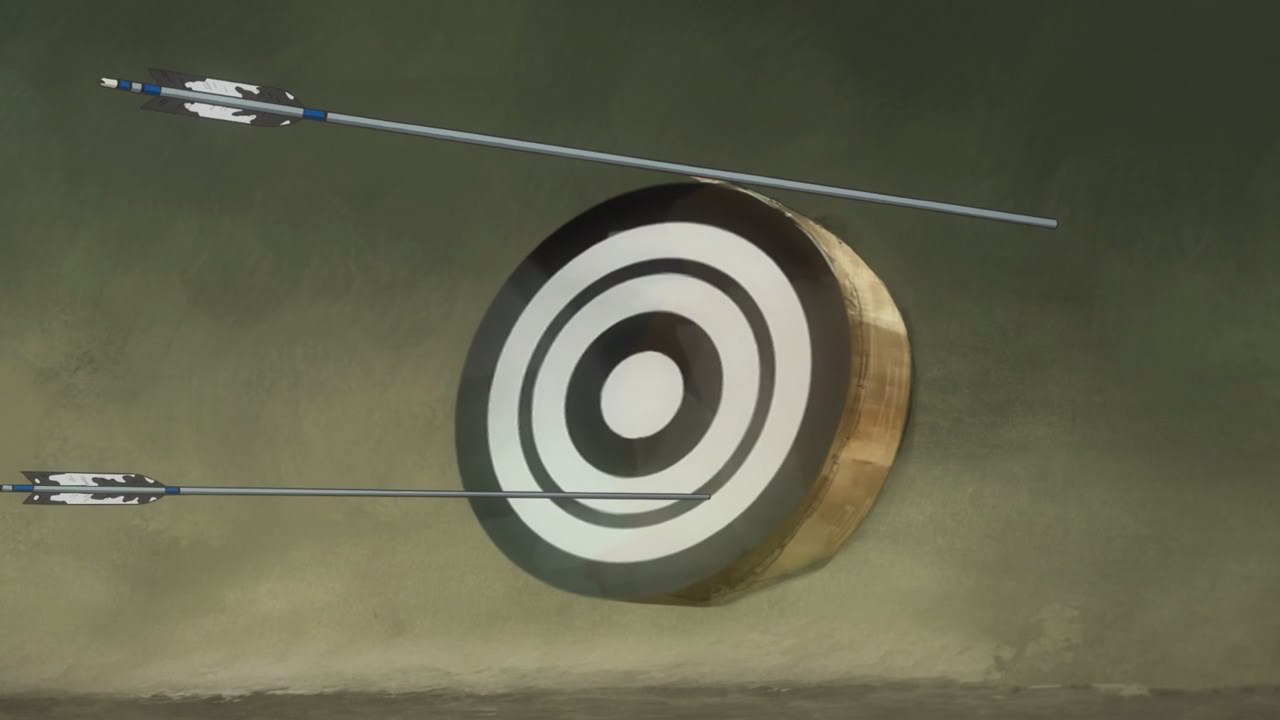 Also, he missed the target there. Gotta say that Takehaya is not in his groove right now. 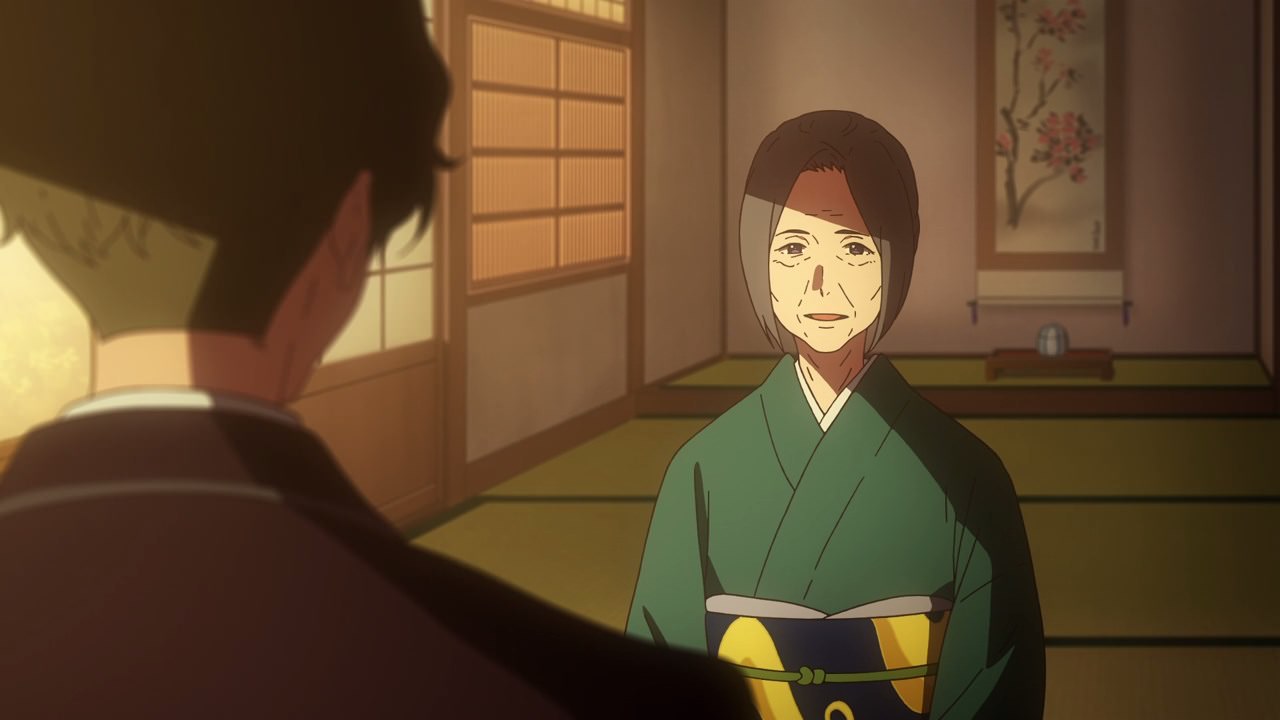 Meanwhile, here’s Shuu Fujiwara as he talks to his master about Minato’s return to archery.

By the way, Shuu’s master named Saionji-sensei knows about Tomio Morioka, but she was surprised that Minato is being coached by a young man. I guess she doesn’t know about Masaki Takigawa. 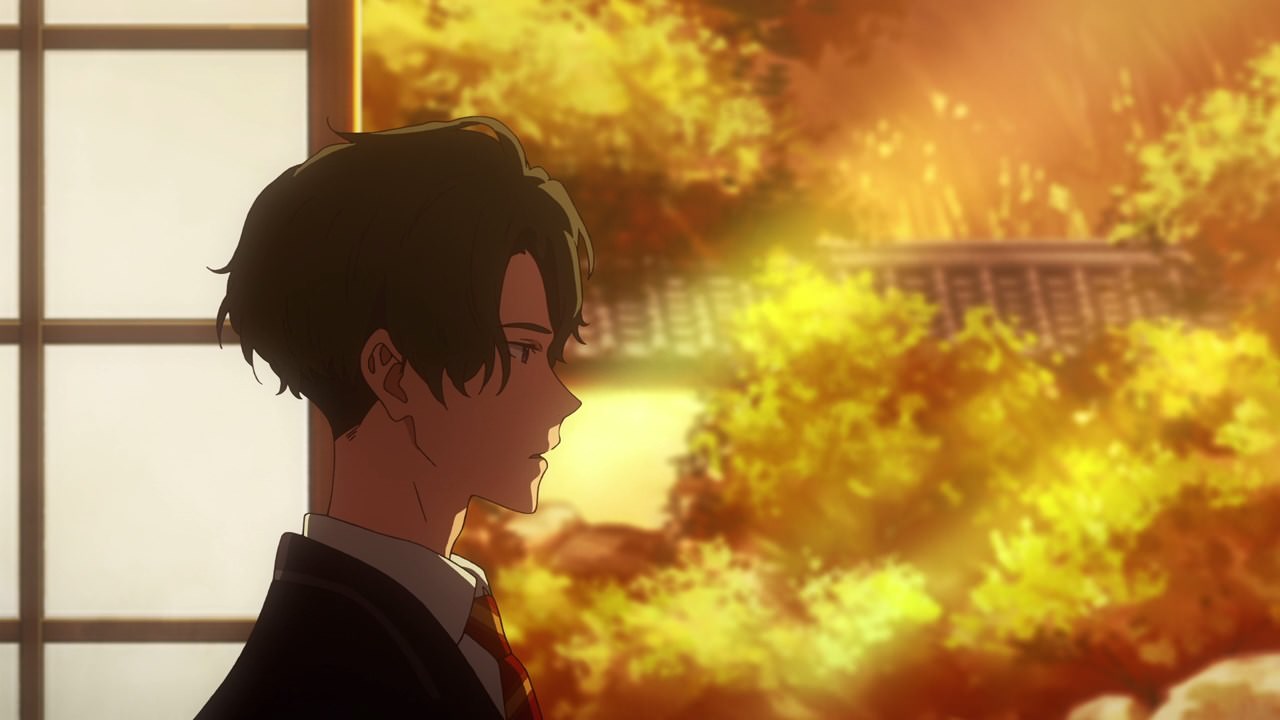 Regardless, Shuu is hopeful that despite his slow recovery, he’s sure that Minato Narumiya will return to his top form. Of course, it’s the question of when will Minato reach it. 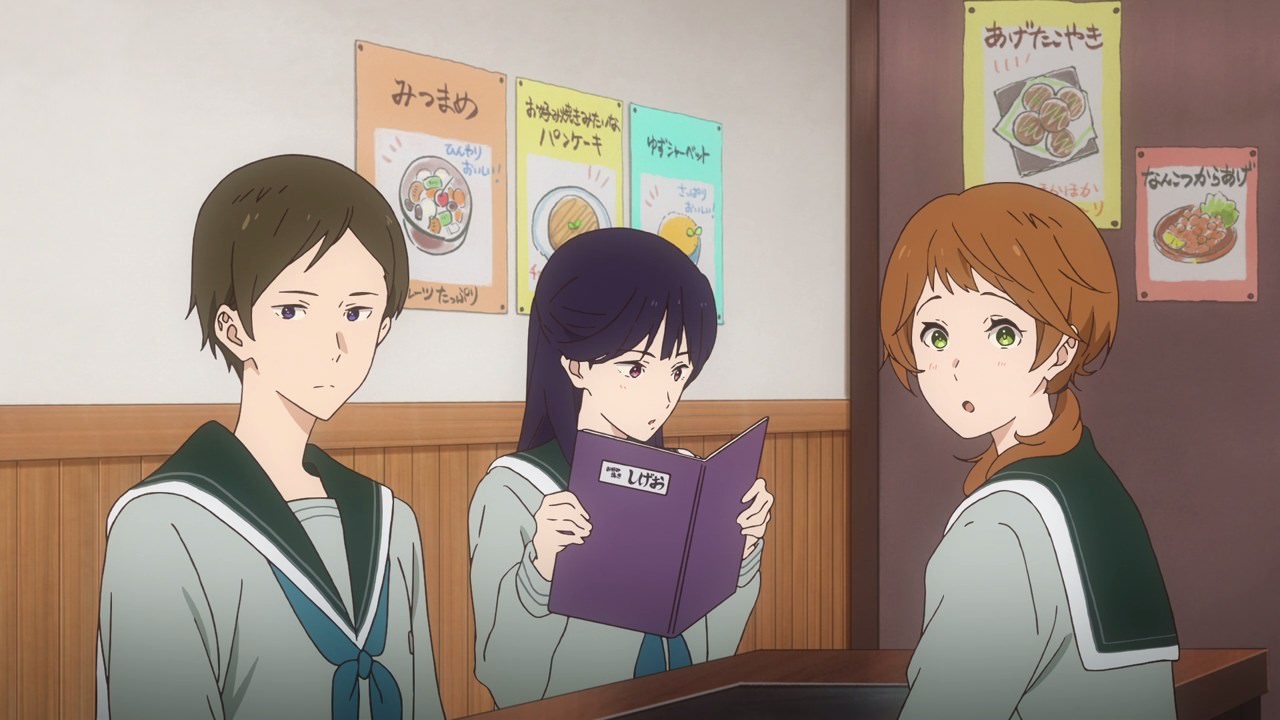 Now then, it’s time for Kazemai High School’s archery club to have a short party to celebrate their qualification for the national tournament, although I wonder if Rika Seo passed?

Meanwhile, here’s Noa Shiragiku as she recovered from her cold. Still, I hope that she have a better shot for next year together with Rika Seo and Yuna Hanazawa! 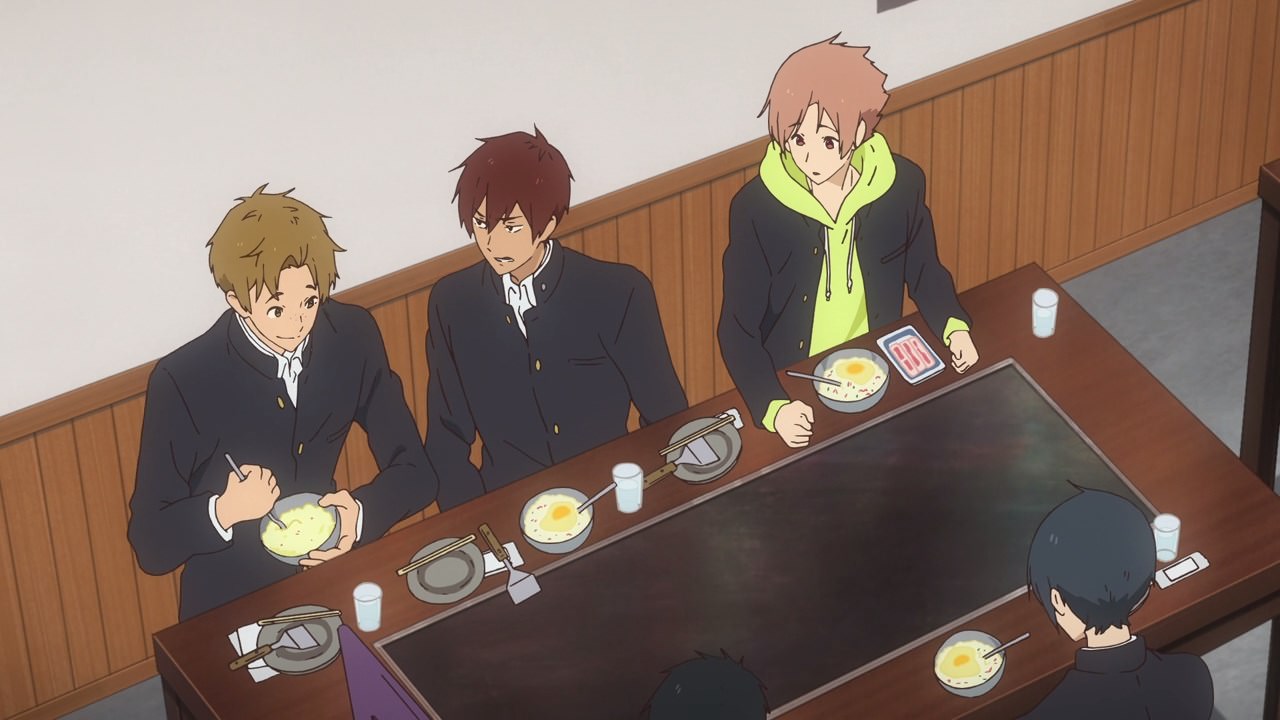 For the time being, it’s time for everyone to celebrate by eating okonomiyaki! Of course, Kaito Onogi would get serious on making okonomiyaki, despite not handling very hot food because of his sensitive tongue. 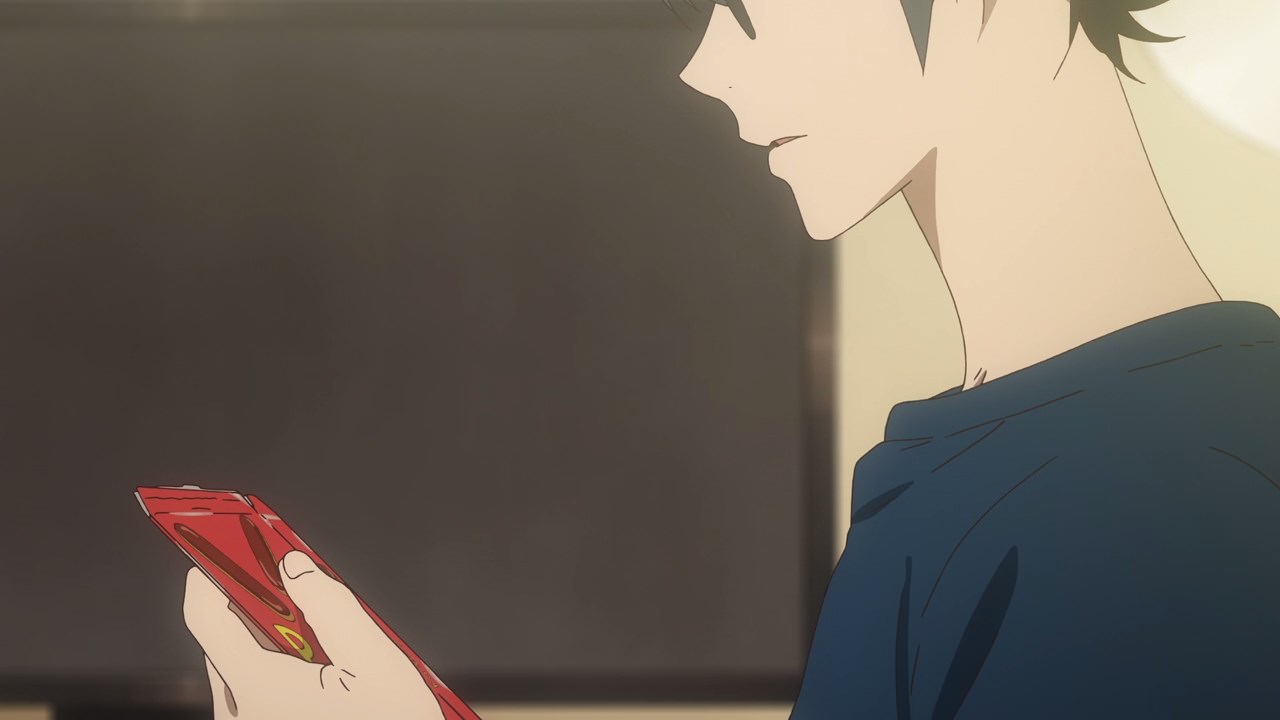 Now let’s go back to Seiya Takehaya as he remembers the time when he met Minato Narumiya back when they’re kids. 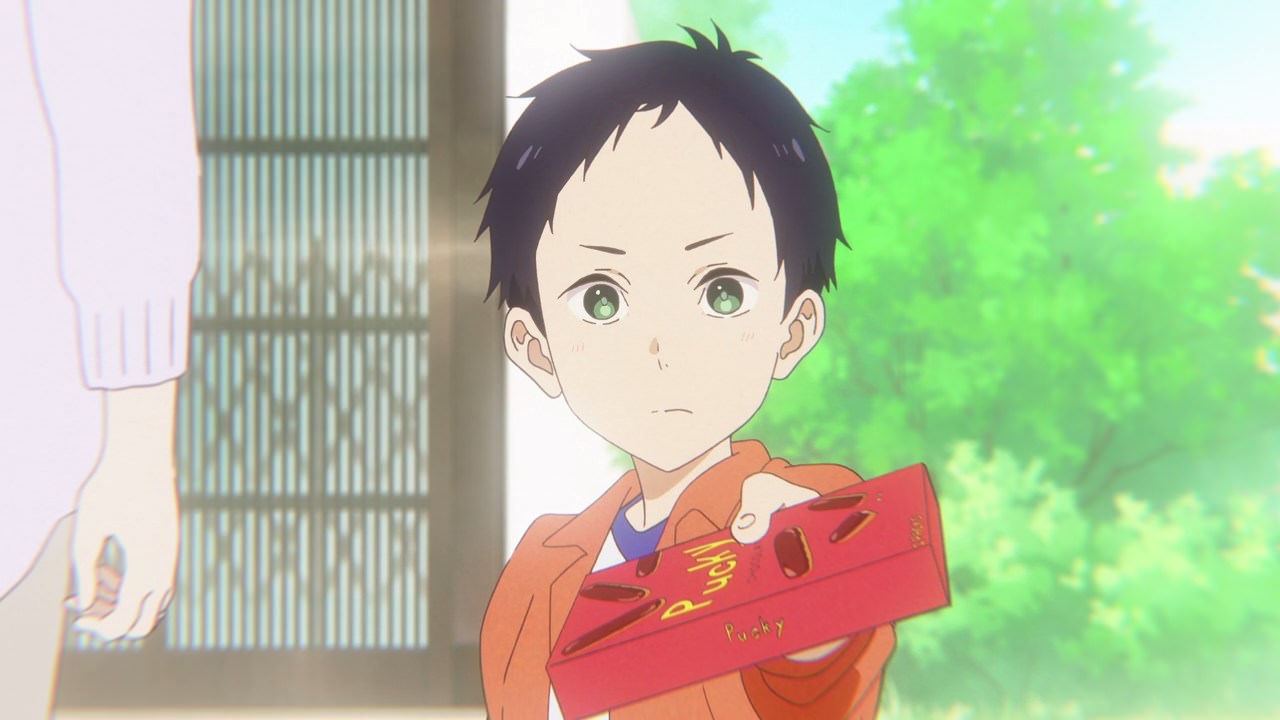 In fact, Seiya remembers receiving a chocolate snack from Minato, which he treasure the box throughout his life because it’s important to him.

Oh yes, Seiya Takehaya got interested in kyudo because of Minato Narumiya, yet he can’t do anything to help him when Minato is having target panic or way before that when he got into an accident. For some reason, I feel that Shuu telling Seiya that he doesn’t love archery is because he’s doing it for his friend, not being passionate about the sport. 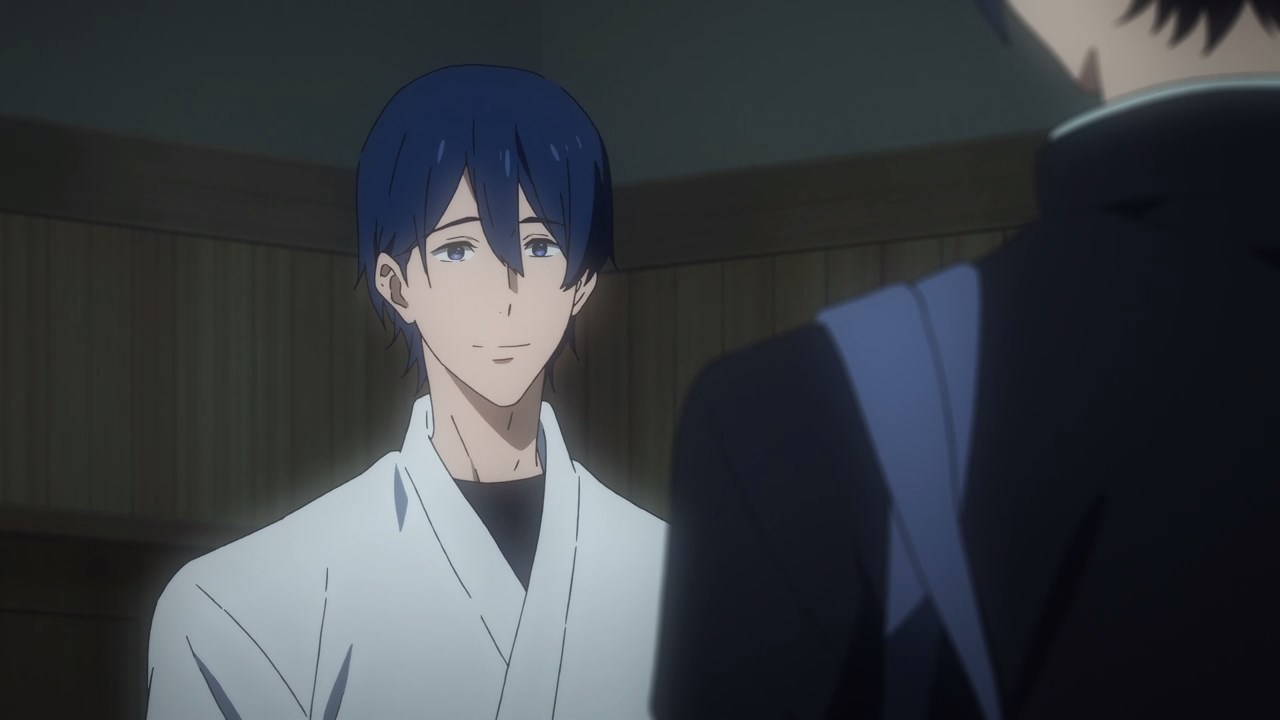 With that said, let’s move onto the present where Seiya Takehaya stayed in the club to practice some more until he saw Masaki Takigawa. By the way, Masaki won’t be here to do some coaching work for the time being as he’ll participate in rituals as a Shinto priest.

Anyways, Masa-san asked Seiya if he loves kyudo. Unfortunately for Takigawa, seems that Seiya Takehaya doesn’t know if he loves kyudo, but one thing is for certain is that he hates Masaki Takigawa. And really, it was Masa-san who helped Minato to get back on his feet, something that Seiya is very jealous about it. 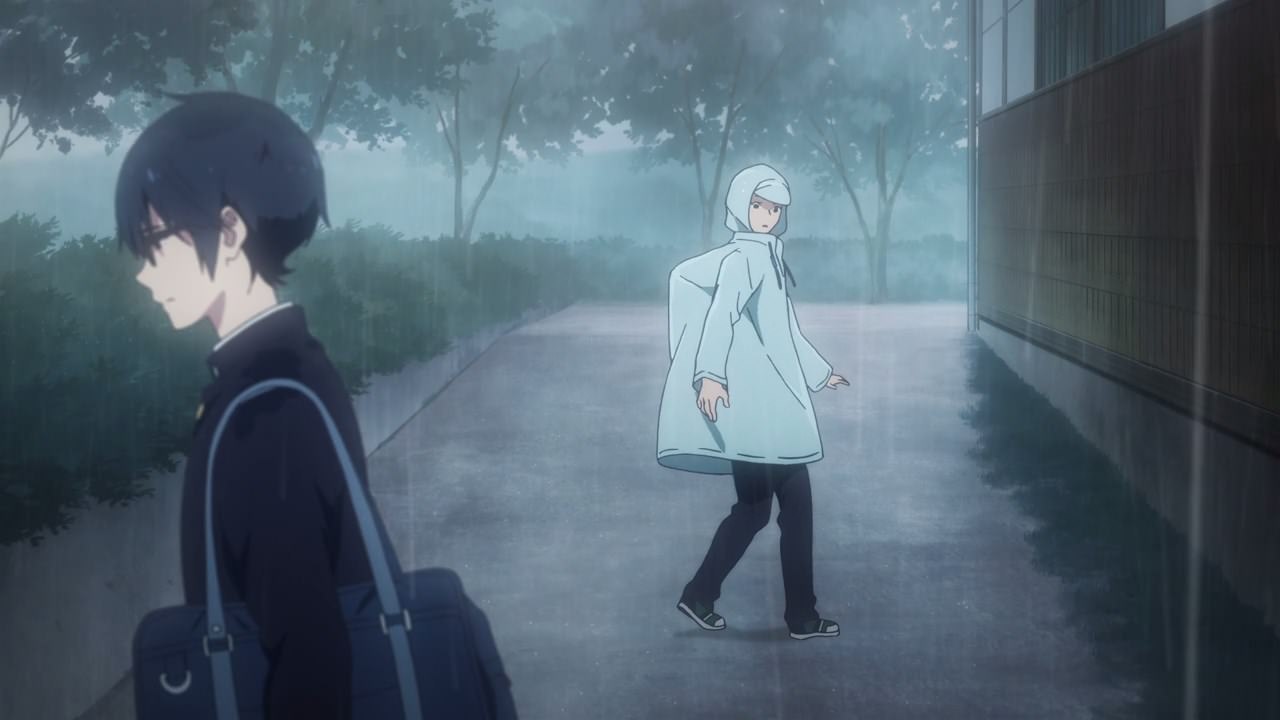 Afterwards, Seiya Takehaya left the club room soaked in the rain, with Minato Narumiya looked at him as he arrived at Kazemai High School after visiting a doctor for a check-up. At this point, Minato couldn’t do anything as approaching Seiya would be bad and you don’t want their friendship getting ruined.

For the time being, I think it’s best for Seiya Takehaya to reassess himself and once he’s calm down a bit, maybe he’ll have a talk to Minato Narumiya. Anyways, I’ll see you next time!