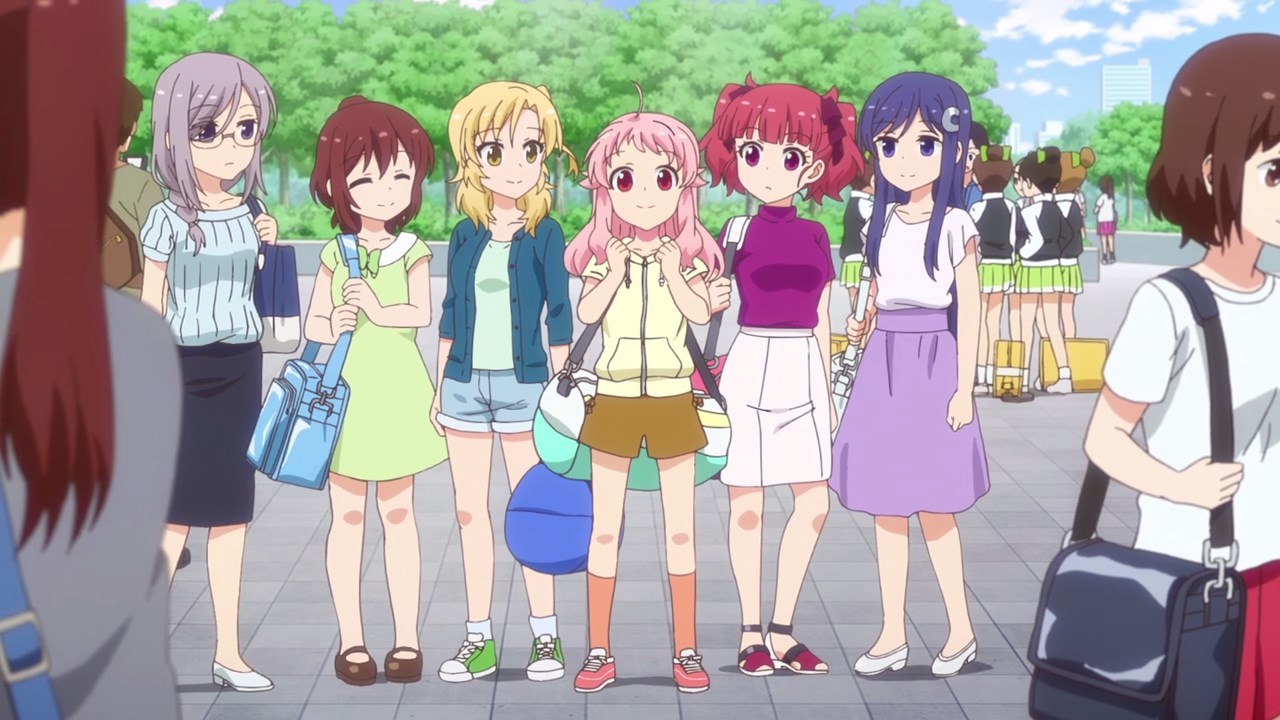 Ladies and gentlemen, this is the final episode as Kaminoki High School’s cheerleading club have arrived at the venue where Kohane Hatoya and her friends will compete in the cheerleading competition.

Sure that it’s their first time competing as an official club, but let’s hope that they have fun with it! 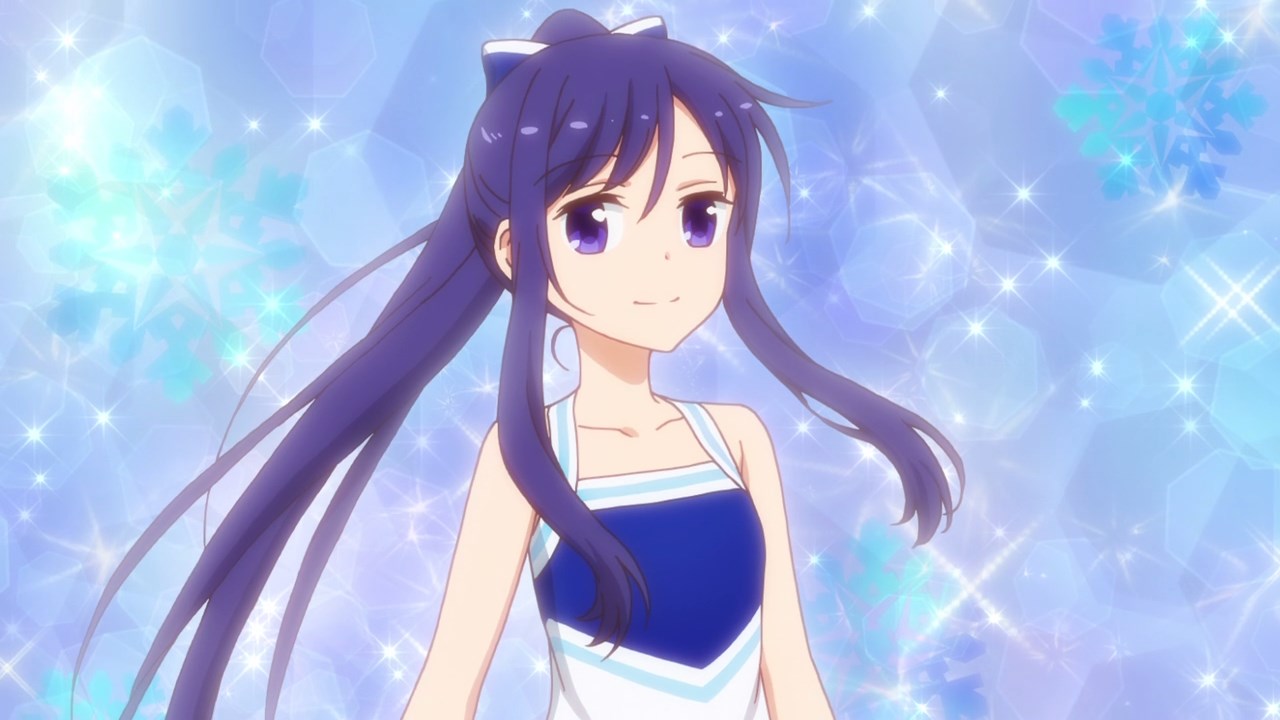 In any case, time for them to wear their newly-bought uniforms and get ready to cheer in front of the crowd.

On the other hand, looks like Hizume Arima looks great in her new cheerleader uniform. 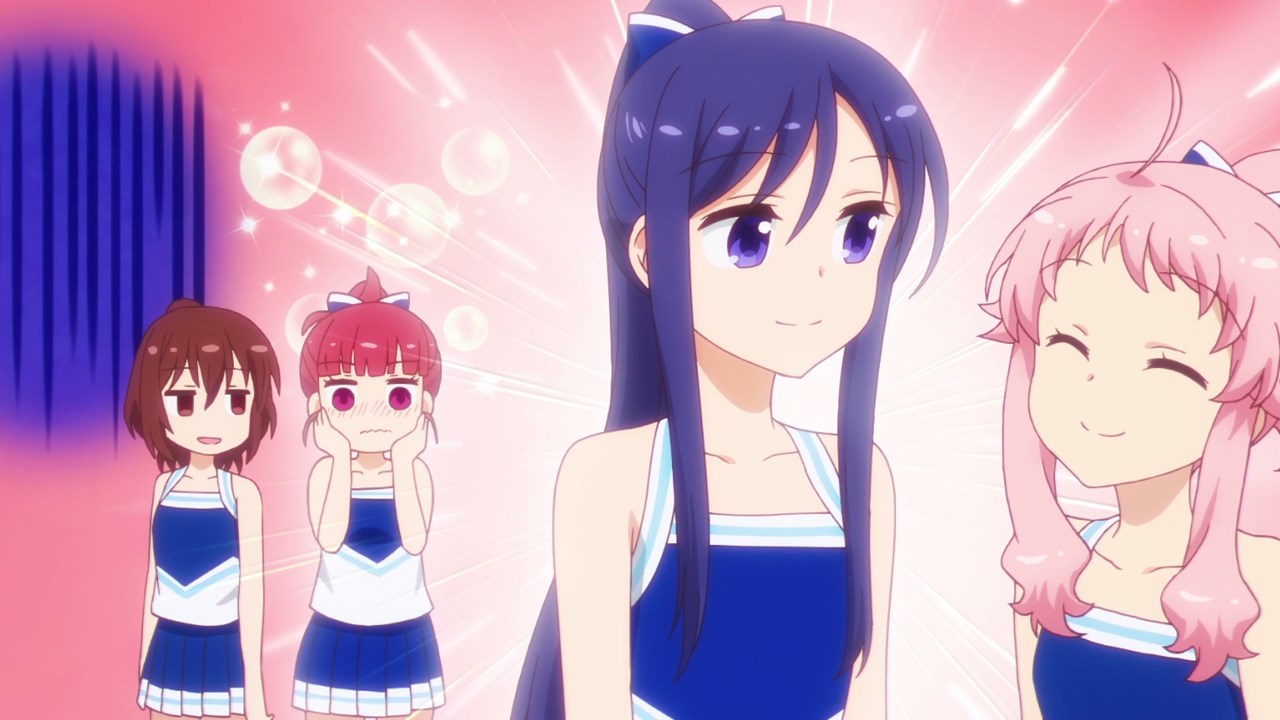 Scratch that, she looked good at everything she wears that Kana Ushiku is gushing over Hizume’s beauty. Oh please Kana, admit it that you love Hizume-sempai even though you have the same age as her! 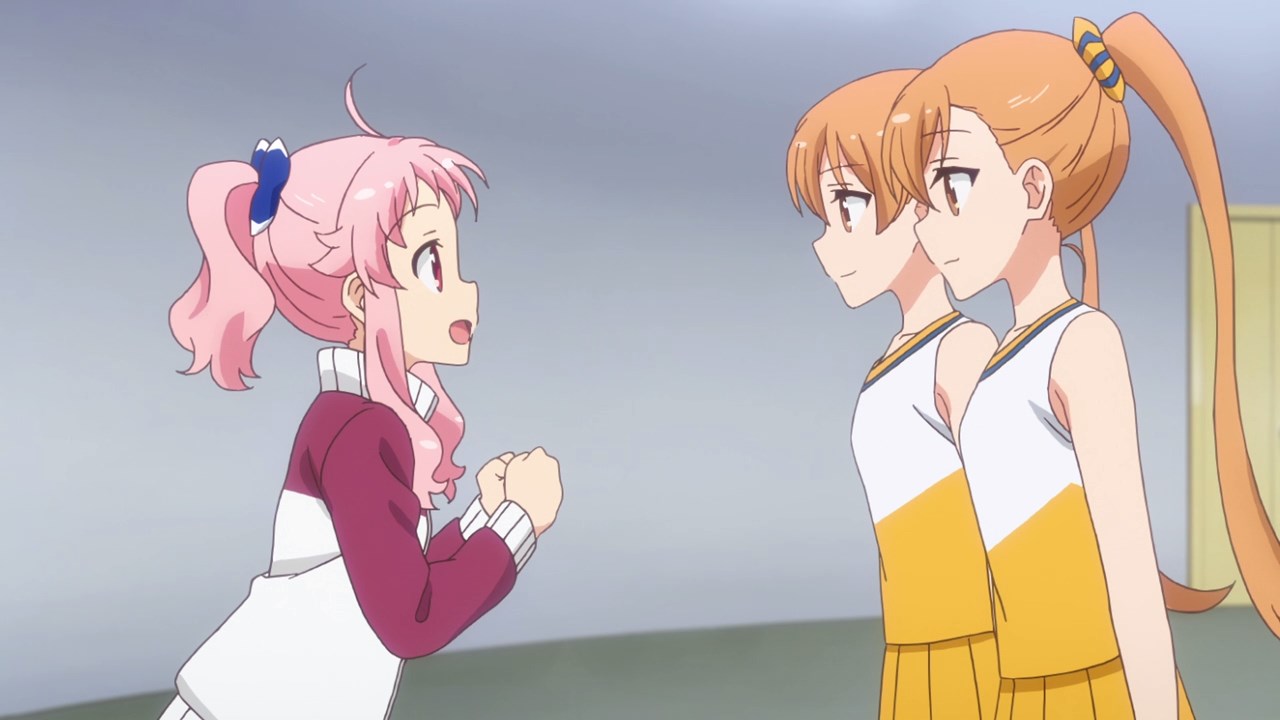 Meanwhile, Kohane met the Nekoya sisters as Tamako and Suzuko are just mocking Hatoya and her teammates.

Just kidding, they’re here to say “Good luck, don’t fail the entire crowd!” to Kohane Hatoya as Tamako and Suzuko Nekoya are getting ready for their actual performance. 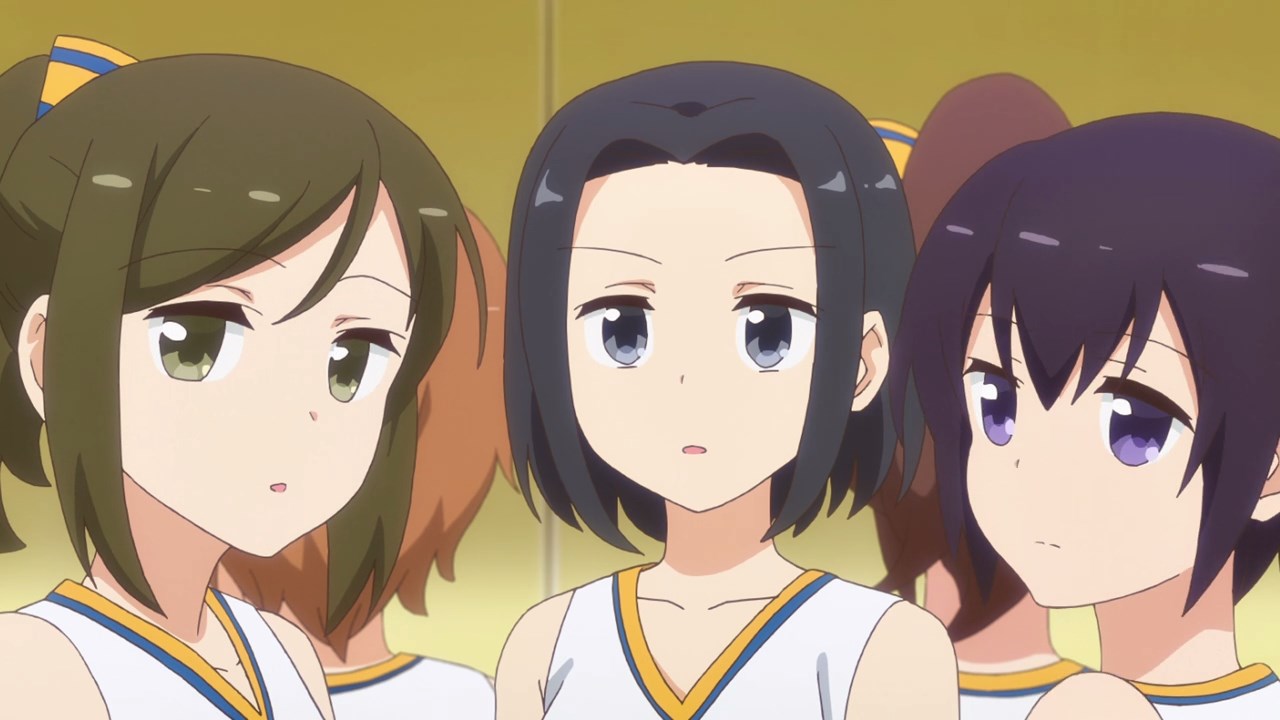 More importantly though is that Hizume Arima’s former teammates are here to compete and really, I fear that they’ll mock her for being self-centered and stuff.

C’mon, they’re so angry at Hizume for being better compared to them that these girls couldn’t keep up and lashed at Arima, telling her to leave. 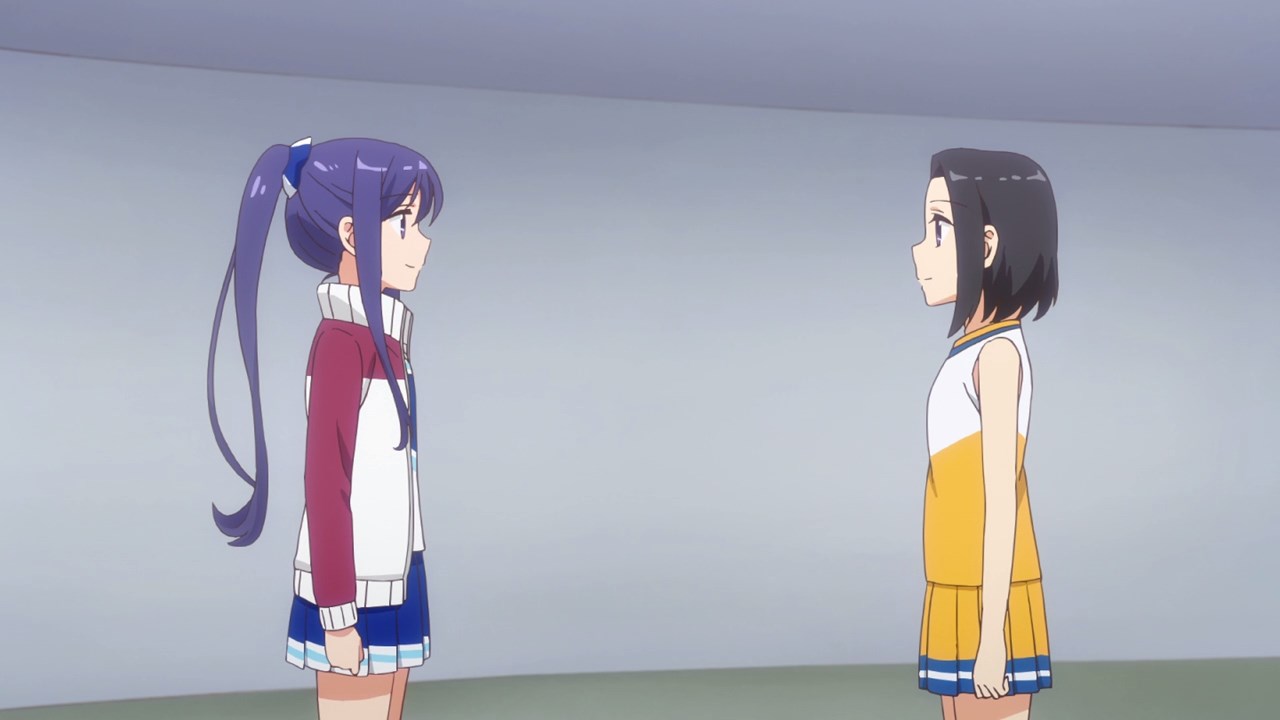 But strangely though, seems that they’re not angry towards Hizume Arima as her former teammates told her to have fun and do her best together with her new friends.

Well, it’s surprising that they have no ill feelings towards Hizume as I thought that they hate her for being the most talented cheerleader. I guess they got over it. 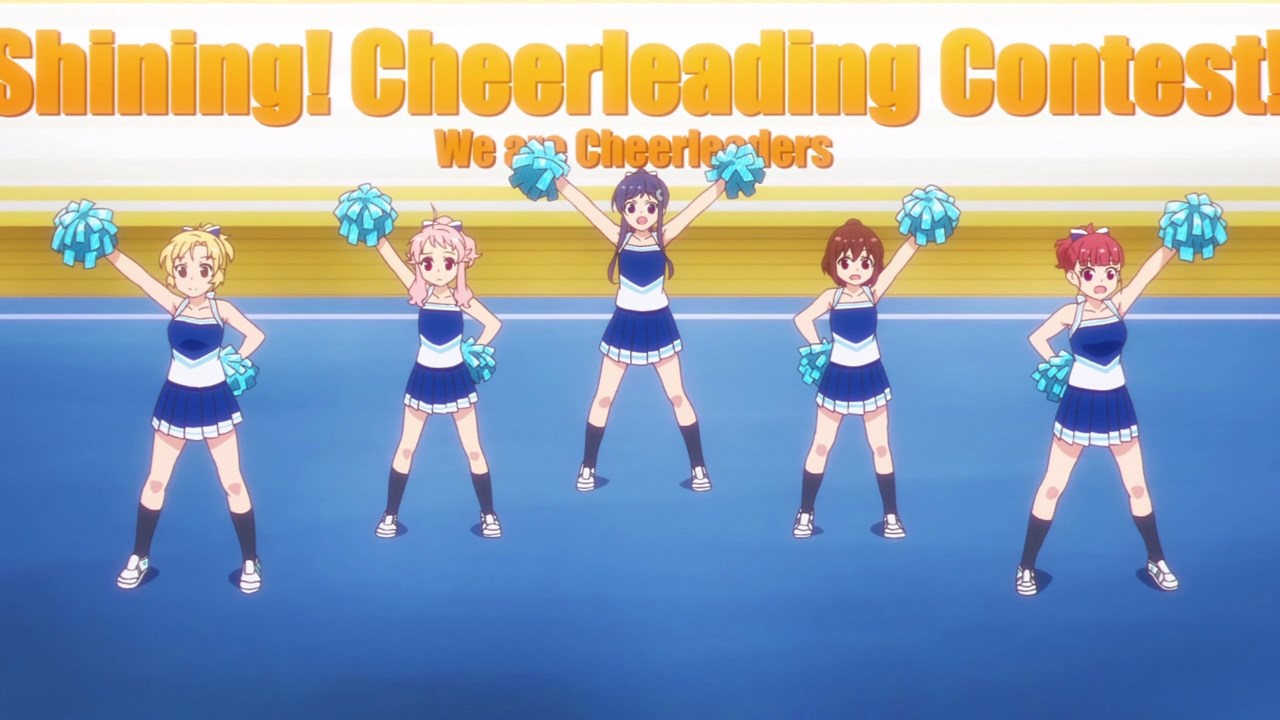 Now then, it’s time for the main competition as Kaminoki High School’s cheerleading club are at the stage, although it seems that there’s a bit of anxiousness especially Kohane where she might make mistakes. 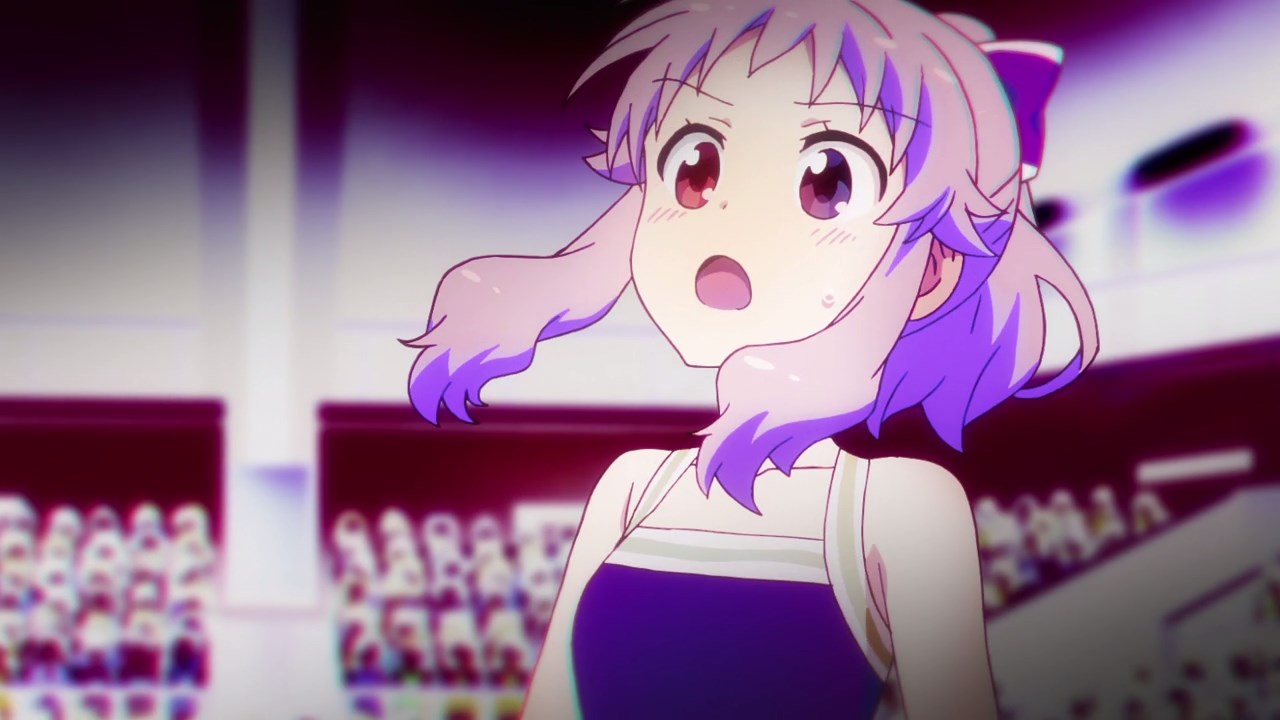 In fact, Hatoya made a misstep that she’s about to fall off during the shoulder straddle stunt. 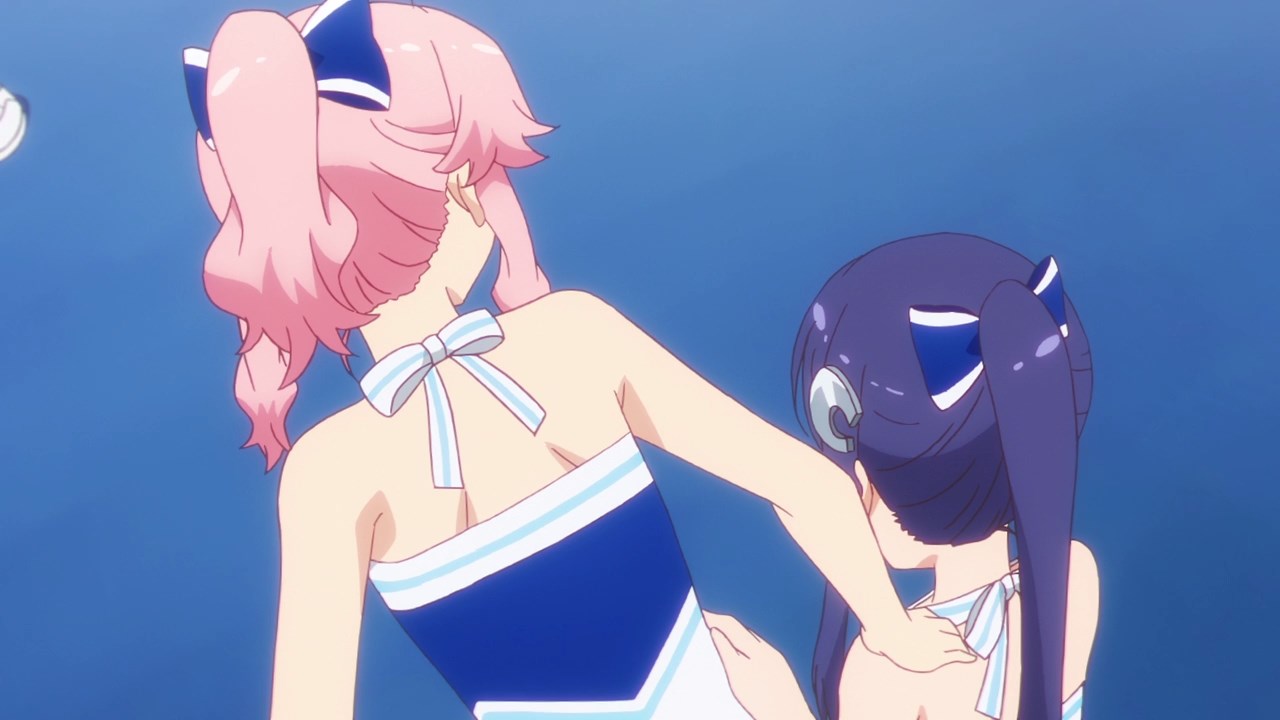 However, seems that Kohane was saved by her friends, reminding her that she’s not alone when cheering everyone. 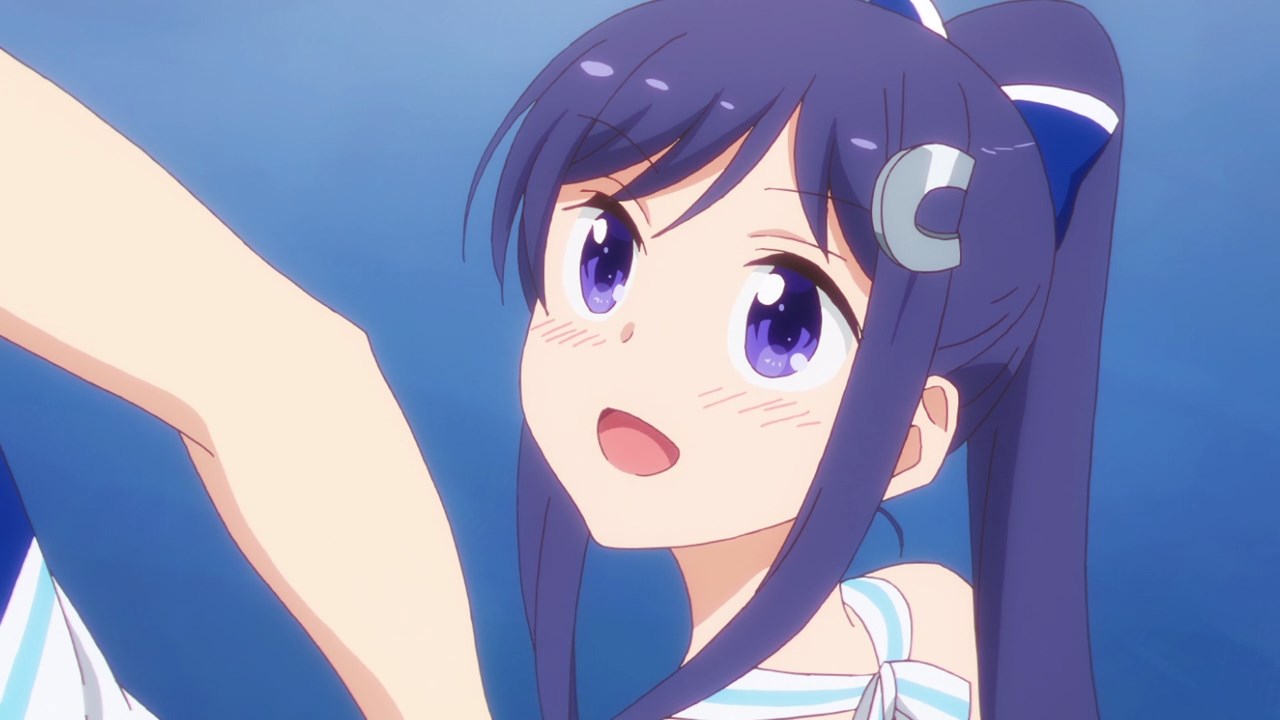 After all, Kohane is the one who convinced Hizume that cheerleading is fun when doing it together. Oh, and it’s not just Hizume and her buddies… 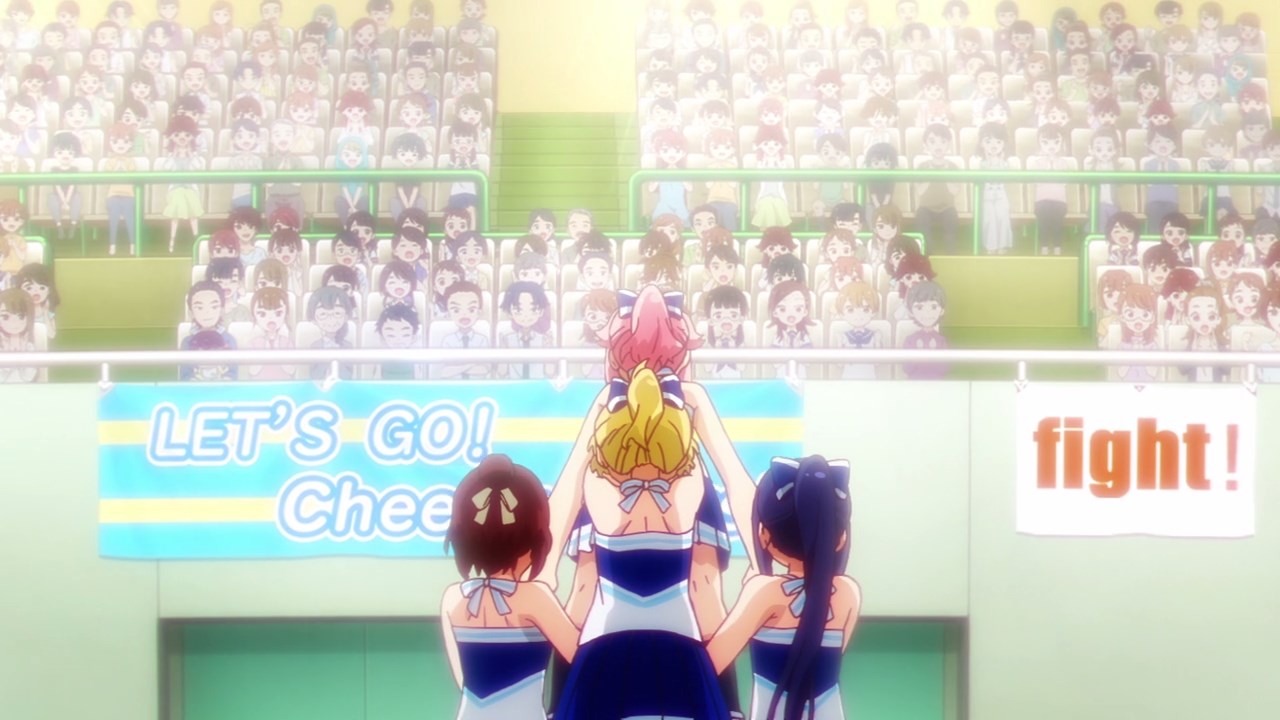 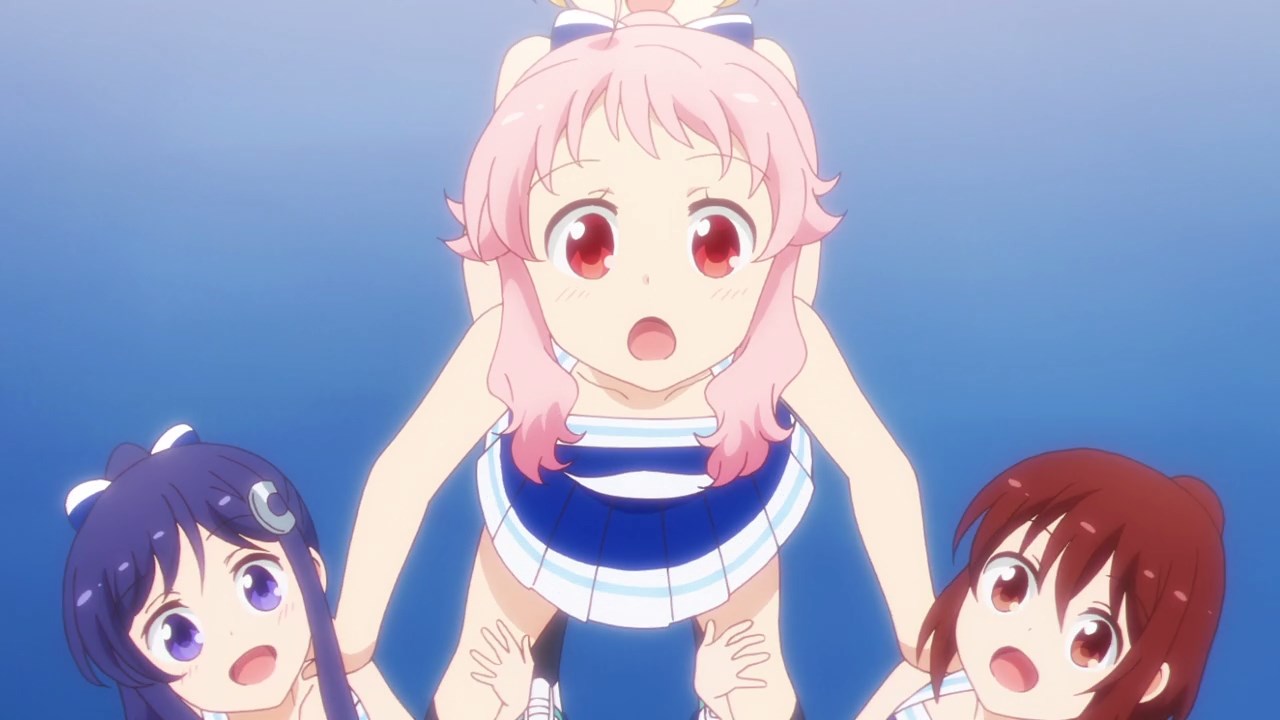 In fact, everyone, including their loved ones, are supporting them until the end. Gotta say that the Cheer Power is stronger that Kohane Hatoya is getting it until she’s fully-recharged! 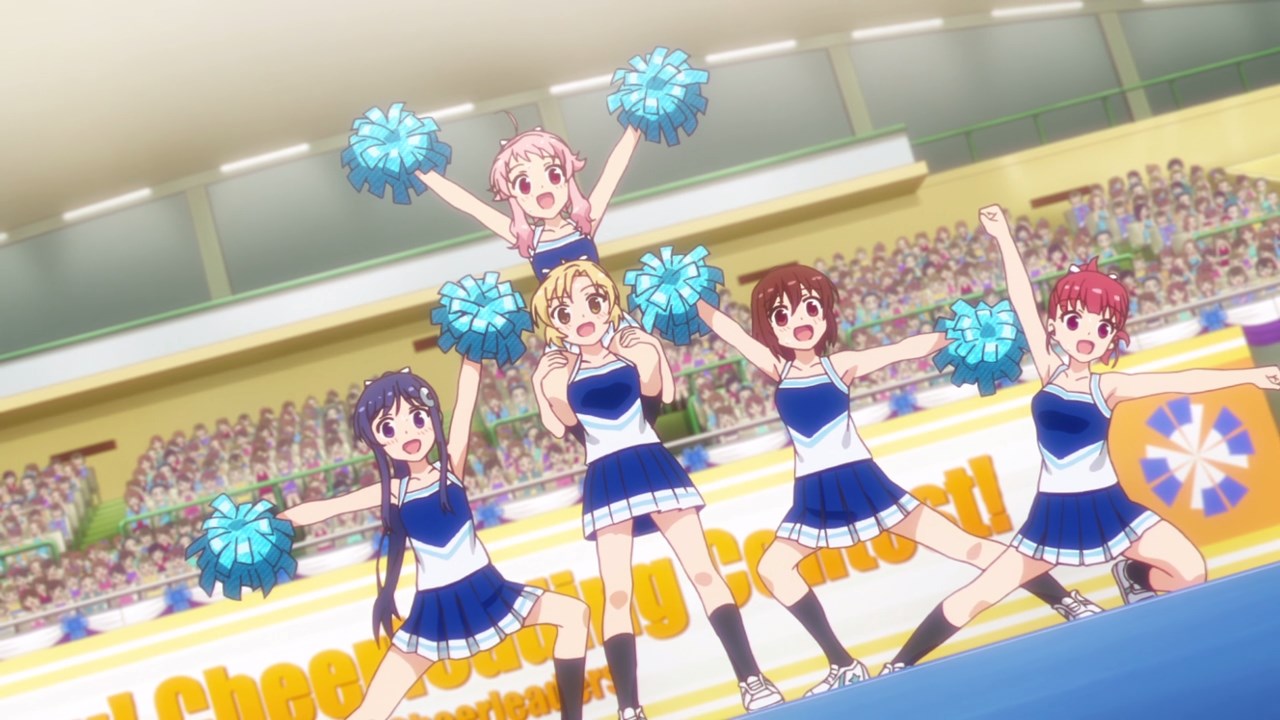 And with that, Kohane Hatoya managed to pull the shoulder straddle with the help of her friends. Thus, they finished their routine without hiccups. Sadly, they didn’t make it but who cares because Kaminoki High School’s cheerleading club made the sport of cheerleading awesome and fun! You may thank Kohane Hatoya and her enthusiasm for not only bringing Hizume Arima back into the sport, but also recruited 3 more friends to join the cheerleading club.

But that’s the end of Anima Yell! While this anime didn’t grab my attention with something surprising, I feel that this show felt decent and enjoyable. With that said, kudos to Dogakobo for making another decent anime adaptation of a Manga Time Kirara title. By the way, if you’re hoping for another season, I don’t think it’ll happen any time soon…