Posted on January 6, 2019 by benigmatica 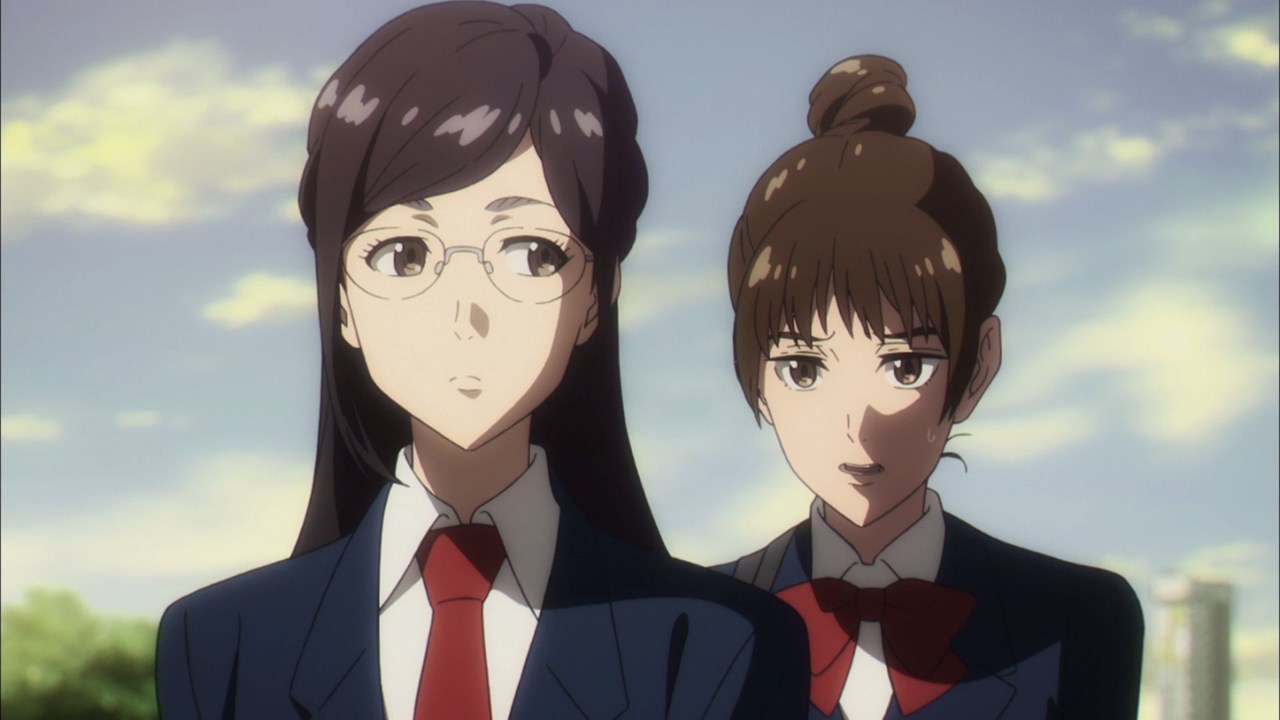 Let’s continue from the previous episode as I’m gonna talk about the rumors surrounding the man-eater that preys on beautiful girls.

Also, here’s Kazuko Suema where she’s joined by her classmate Kyouko Kinoshita as they head home together, although Kyouko is scared that someone might attack her at any moment. 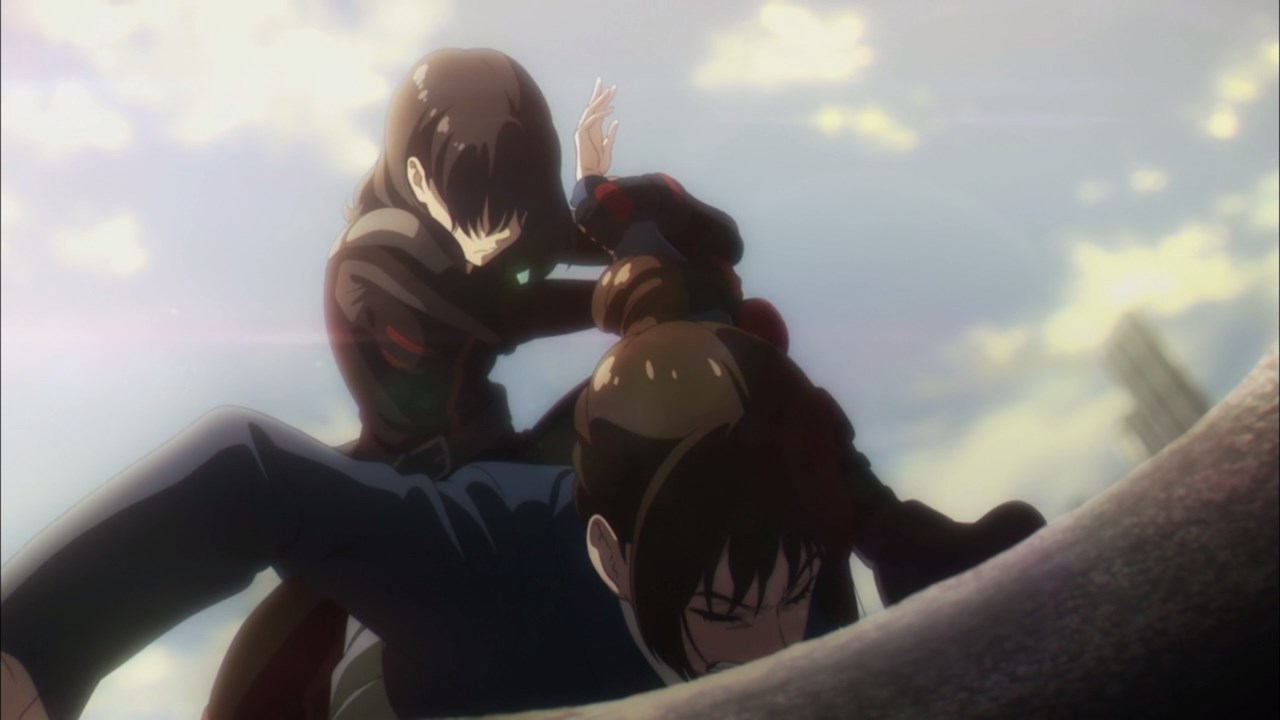 Well, seems that Kinoshita’s worries have come true as she was attacked by someone else… 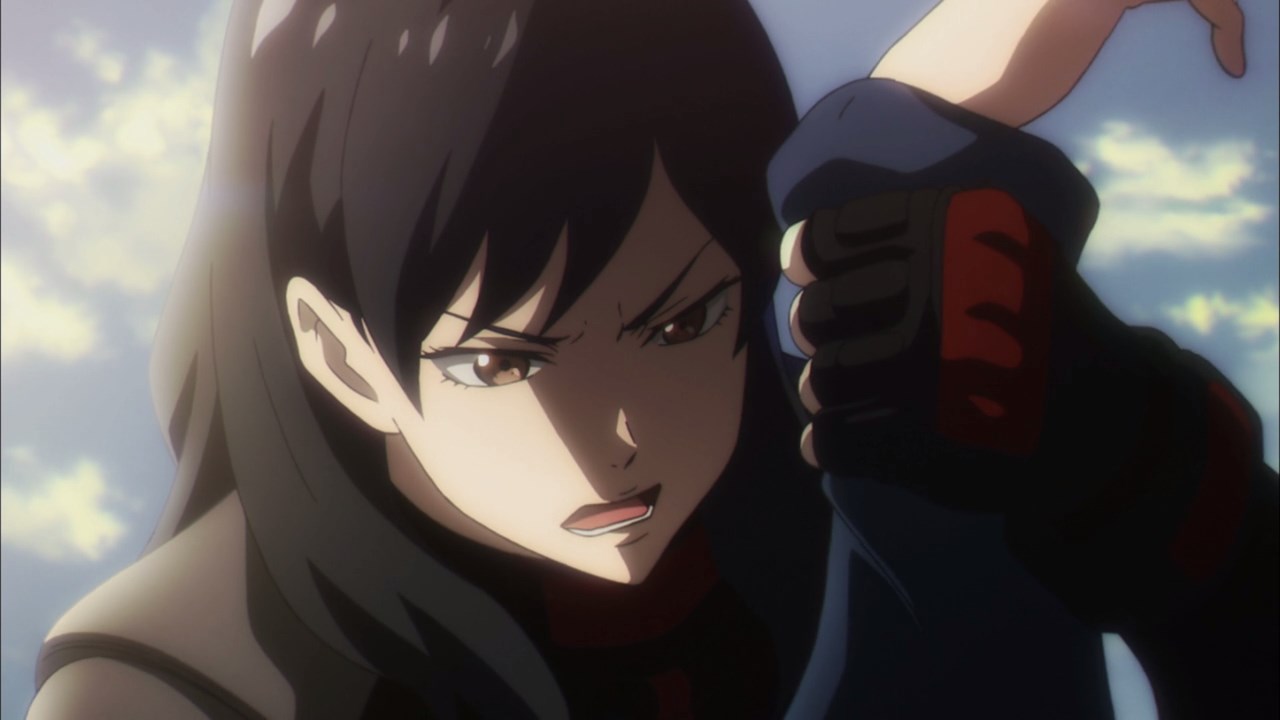 Someone like Nagi Kirima who suspects Kyouko of being the man-eating monster named Manticore.

In any case, looks like Nagi will have to break Kyouko’s arms until she confesses her crimes, as well as spilling the beans in regards to Echoes’ whereabouts. 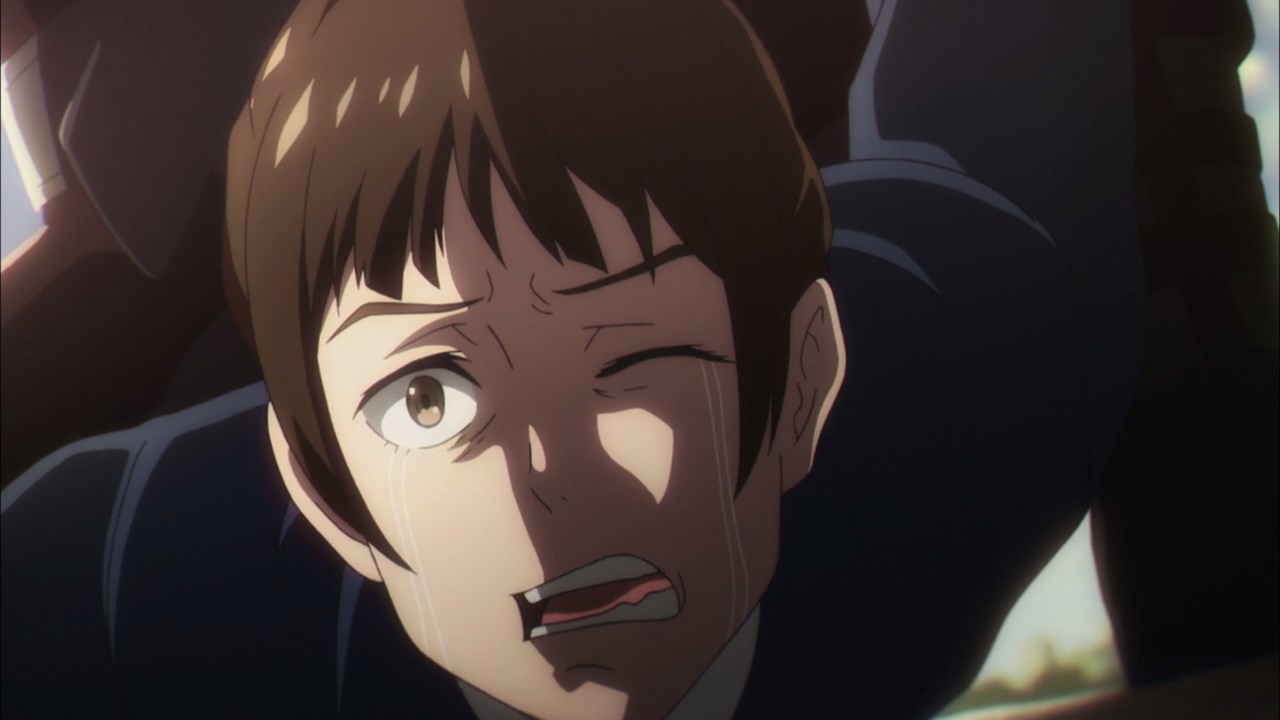 However, seems that Kinoshita told Kirima that she’s not the man-eater. In fact, she told Nagi that there’s a girl named Akiko Kusatsu who is handling drugs to girls and then disappeared without a trace.

So while Nagi Kirima didn’t capture the Manticore, she found the clue that’ll lead to the man-eating monster. Then again, what the heck is a Manticore. 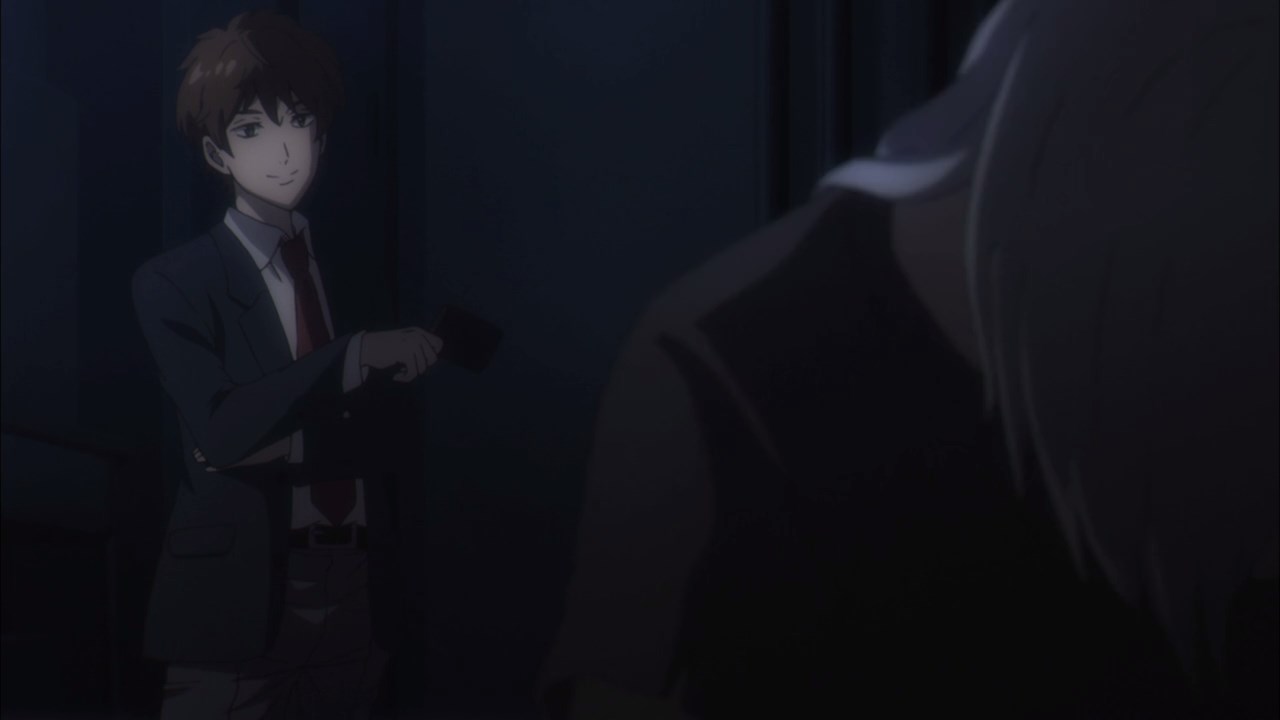 To answer that question, let’s move onto the next scene as we have Masami Saotome witnessing a girl getting eaten by a Manticore.

Oh and he’s not scared or anything as I feel that Saotome is conspiring with the man-eating monster. 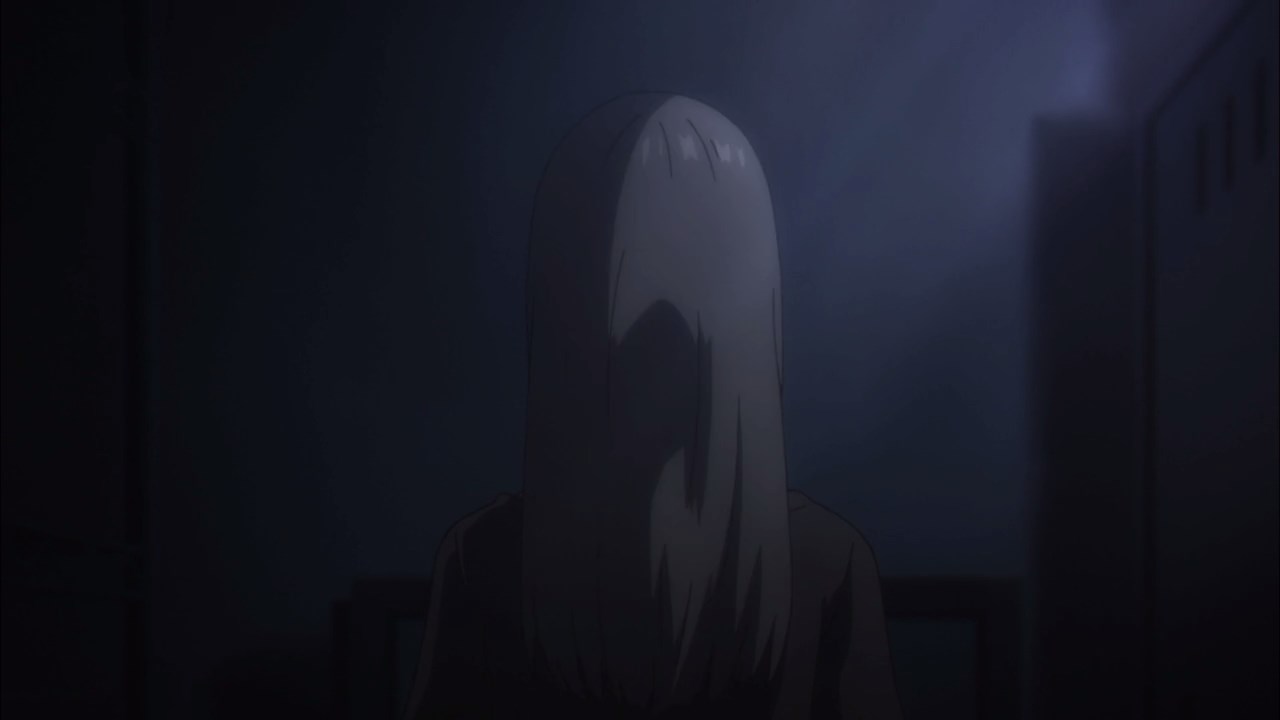 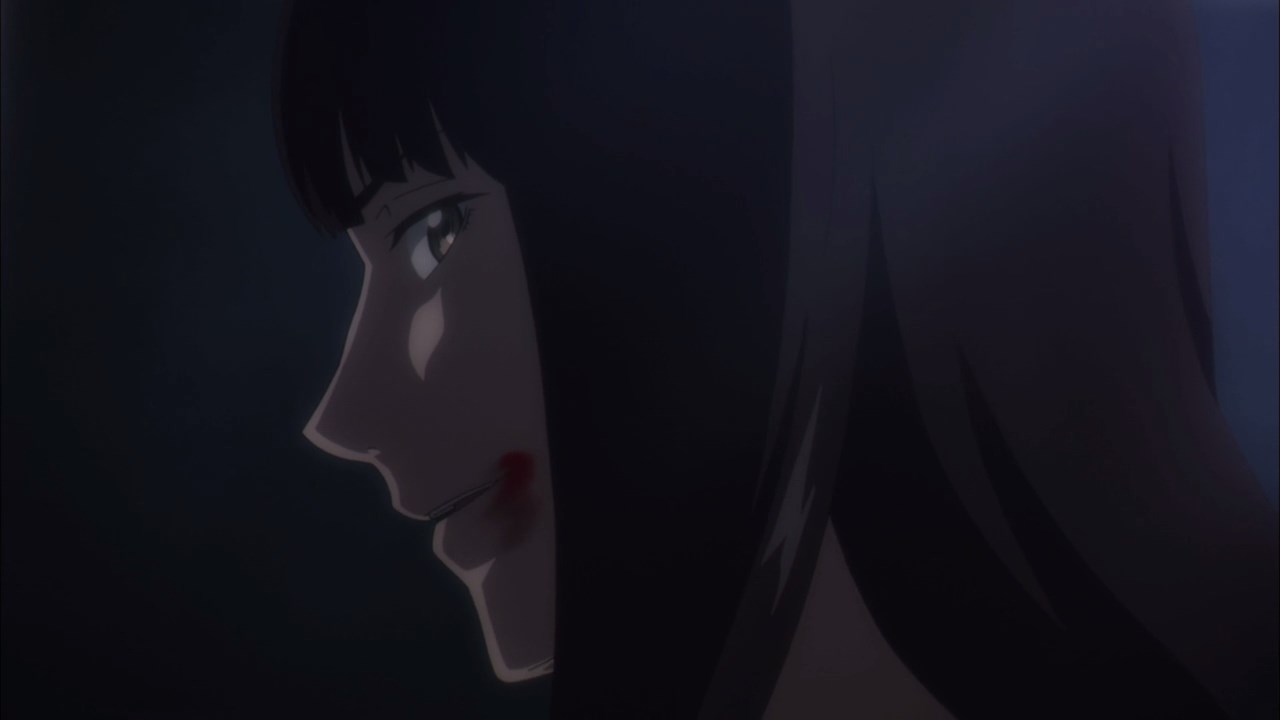 But anyways, here’s the Manticore in which it transforms into a girl named Minako Yurihara. But how did the Manticore met Masami and joined forces? 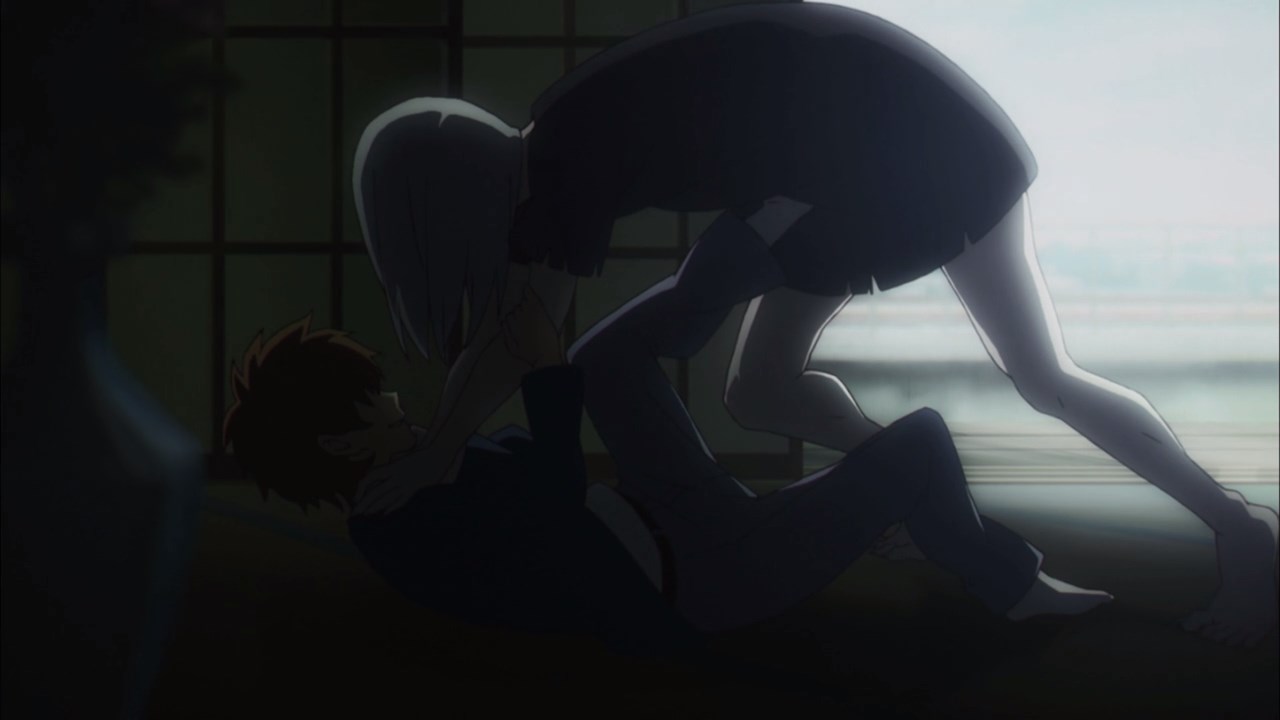 Turns out, the Manticore tries to attack Saotome and take over his body after witnessing Yurihara getting eaten.

However, Masami made a plea where he told the Manticore to take over Minako’s body instead and he’ll help the monster on finding girls by drugging them, and then distribute the drugs to every girl in the campus. 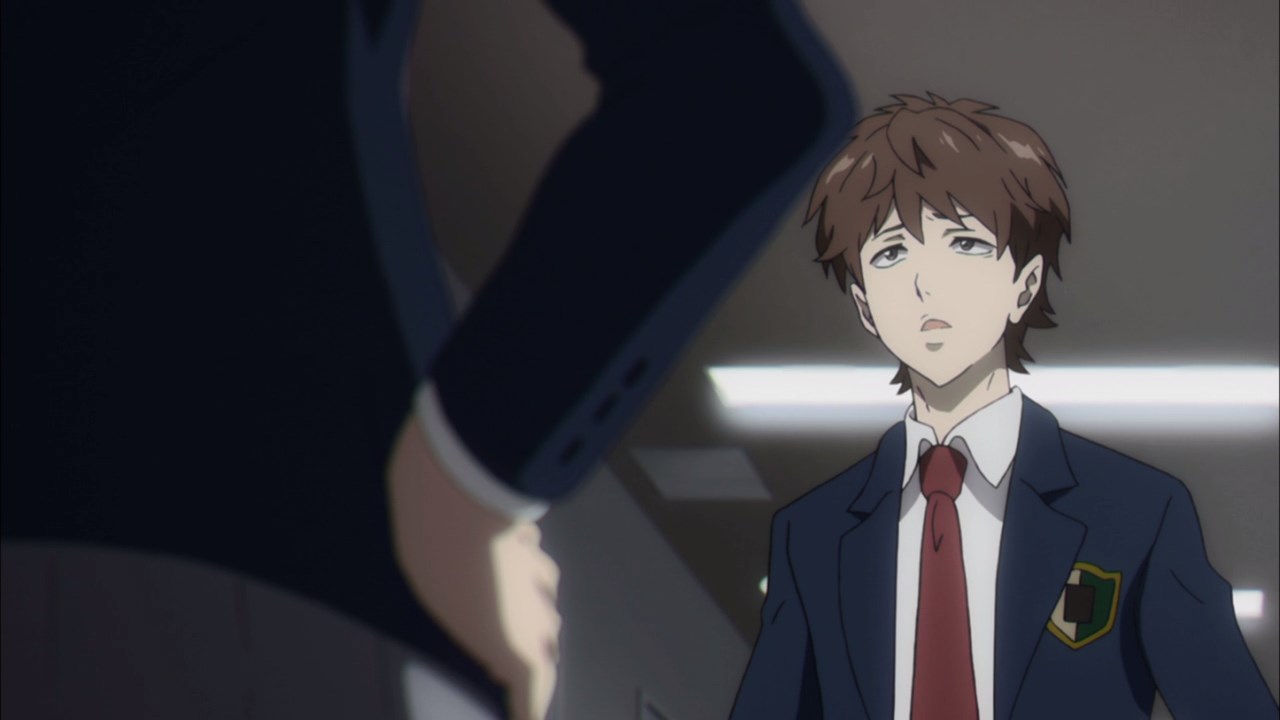 So yes, both the Manti- I mean Minako Yurihara and Masami Saotome are making the girls get drugged and make them disappear with the former eating their guts.

Unfortunately for them, looks like there’s one person who’ll spoil the party. Oh and it’s not gonna be Boogiepop… 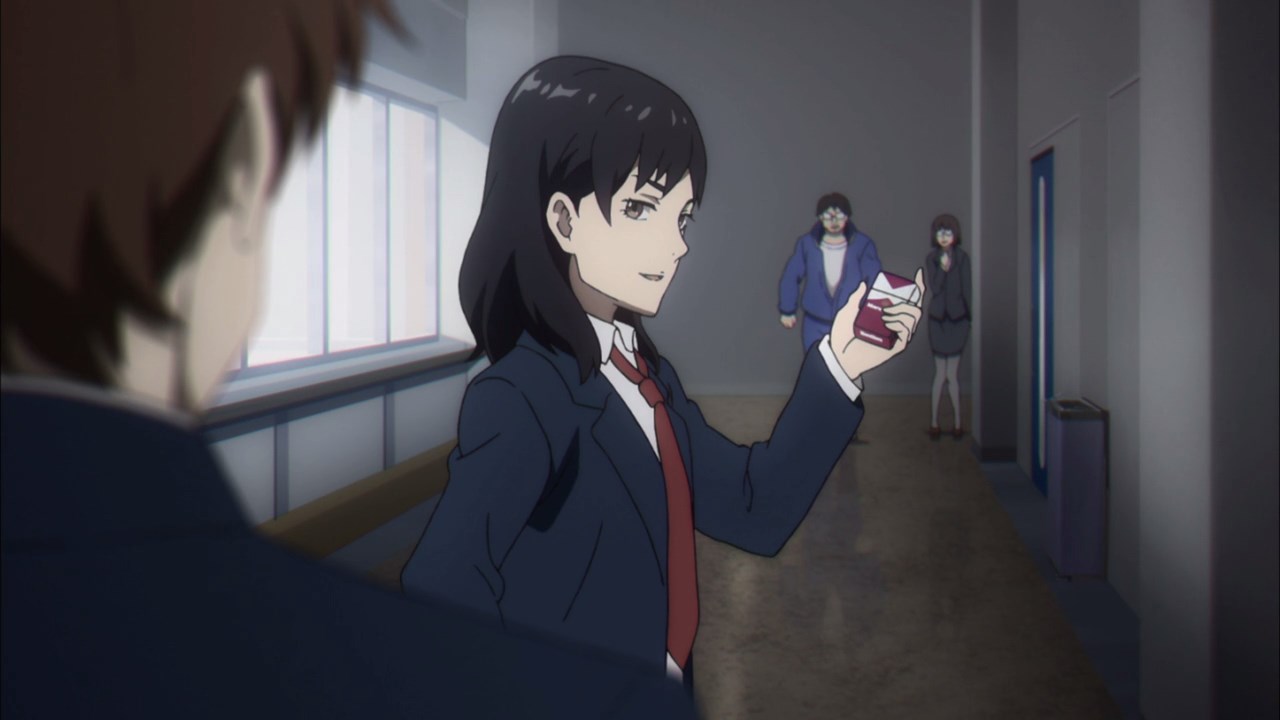 But rather Nagi Kirima as she suspects Saotome and even Yurihara in regards to the missing girls in Shinyo Academy.

Oh and about Kirima holding a pack of cigarettes? She wants to get suspended so Nagi can focus on finding both the Manticore and Echoes. 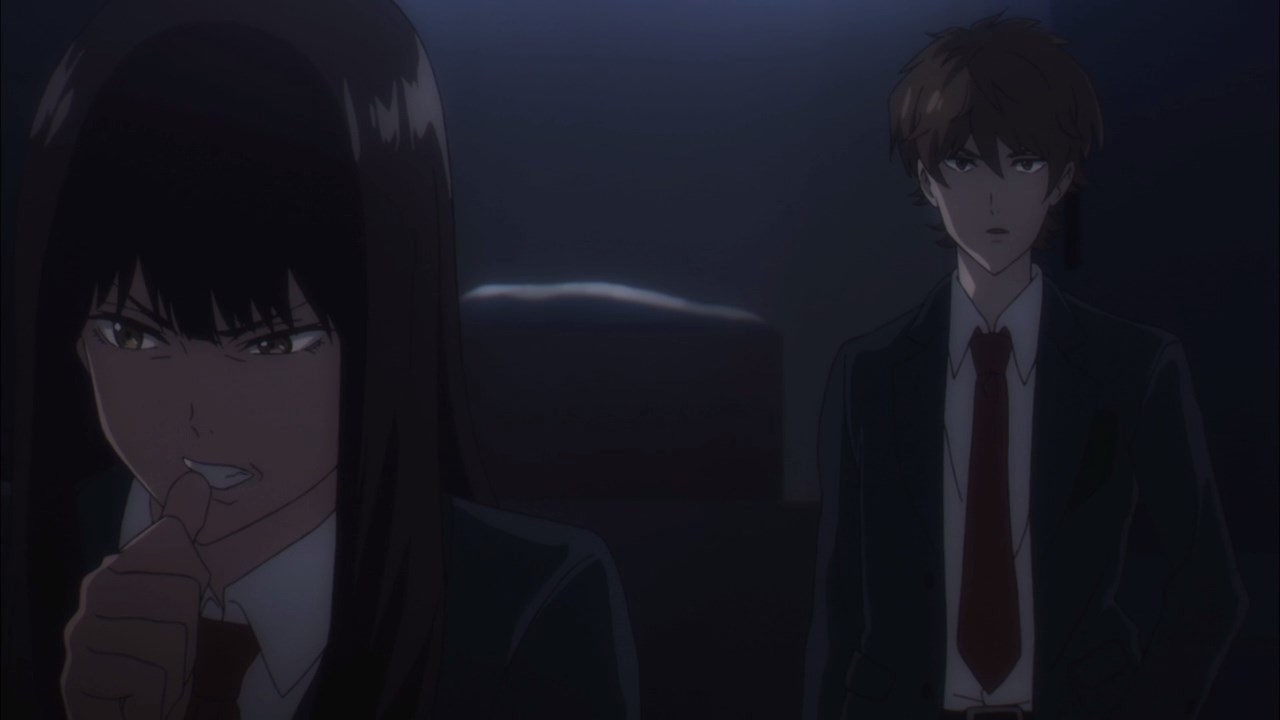 Of course, the Manticore is in a panic mode as someone like Nagi Kirima is snooping in on her carnivorous killing spree towards female students.

Then again, Masami Saotome assured her that everything will be fine as long as they have the higher ground. Still, I don’t know how long will they stay on top? 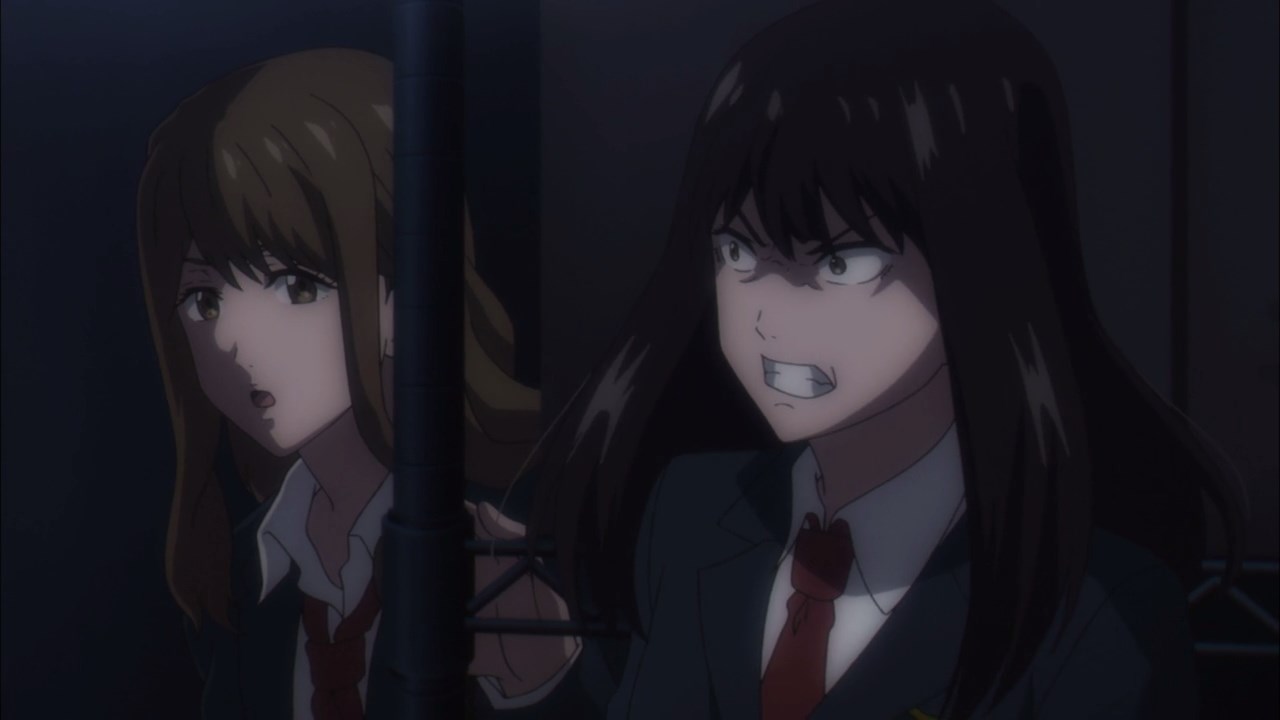 Suddenly, Naoko Kamikishiro appeared in which Minako Yurihara was alerted by her presence… 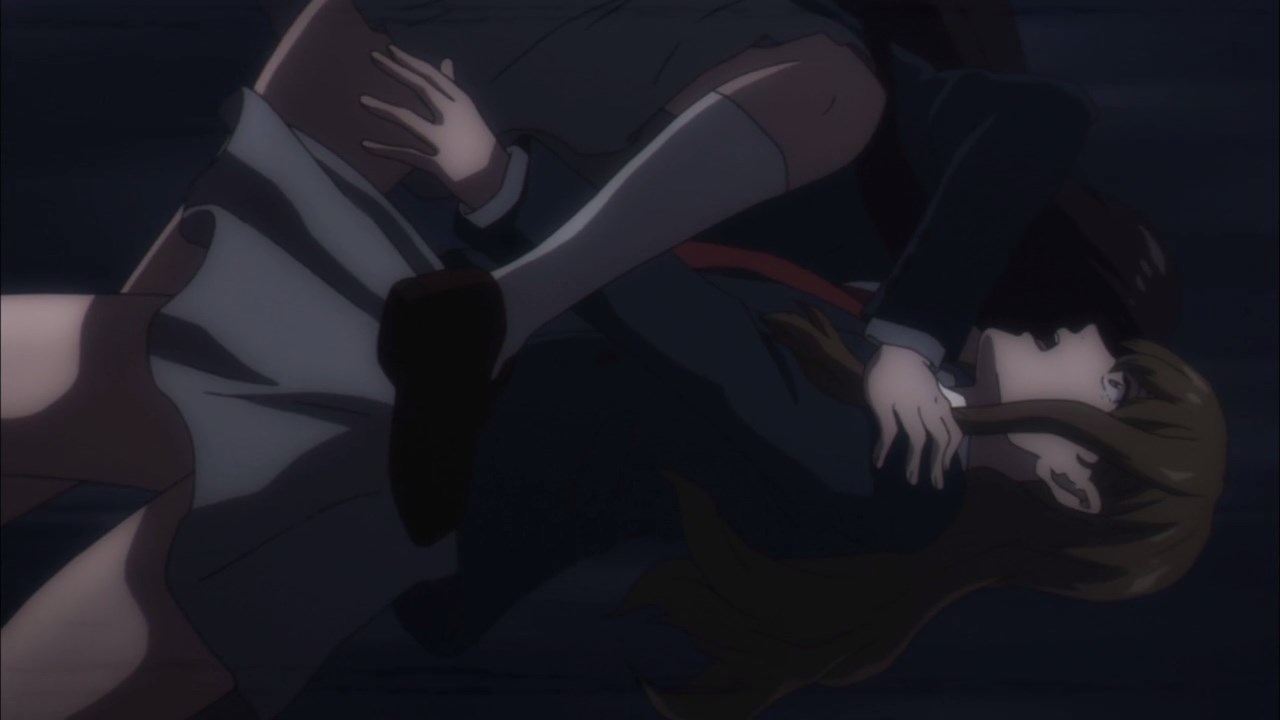 …and proceeds to strangle Kamikishiro until she dies. Gotta say that Yuri- I mean the Manticore has a pretty tight grip.

Oh yeah, turns out that Naoko is finding a person named Echoes, something the Manticore is shivering down to its spine upon hearing it. Hmm, now I’m curious who that Echoes person is. 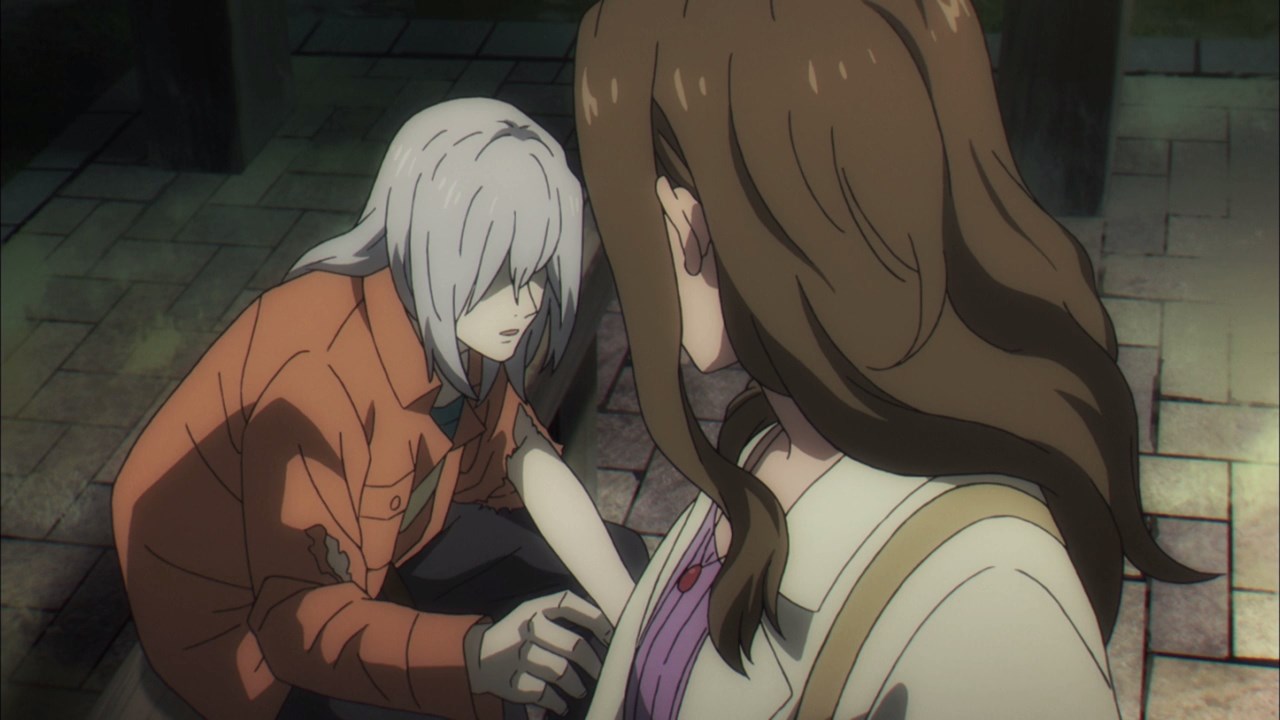 Well, turns out that Echoes actually appeared in the first episode. See that white-haired guy with an orange shirt? That’s Echoes.

Anyways, Naoko Kamikishiro found Echoes who came from outer space. This alien wants to understand what humans think and feel until Echoes was captured by a mysterious organization, did some experiments on the alien, and made a clone out of it who turned out to be the Manticore. Yeah, seems that the Manticore is scared of the original. 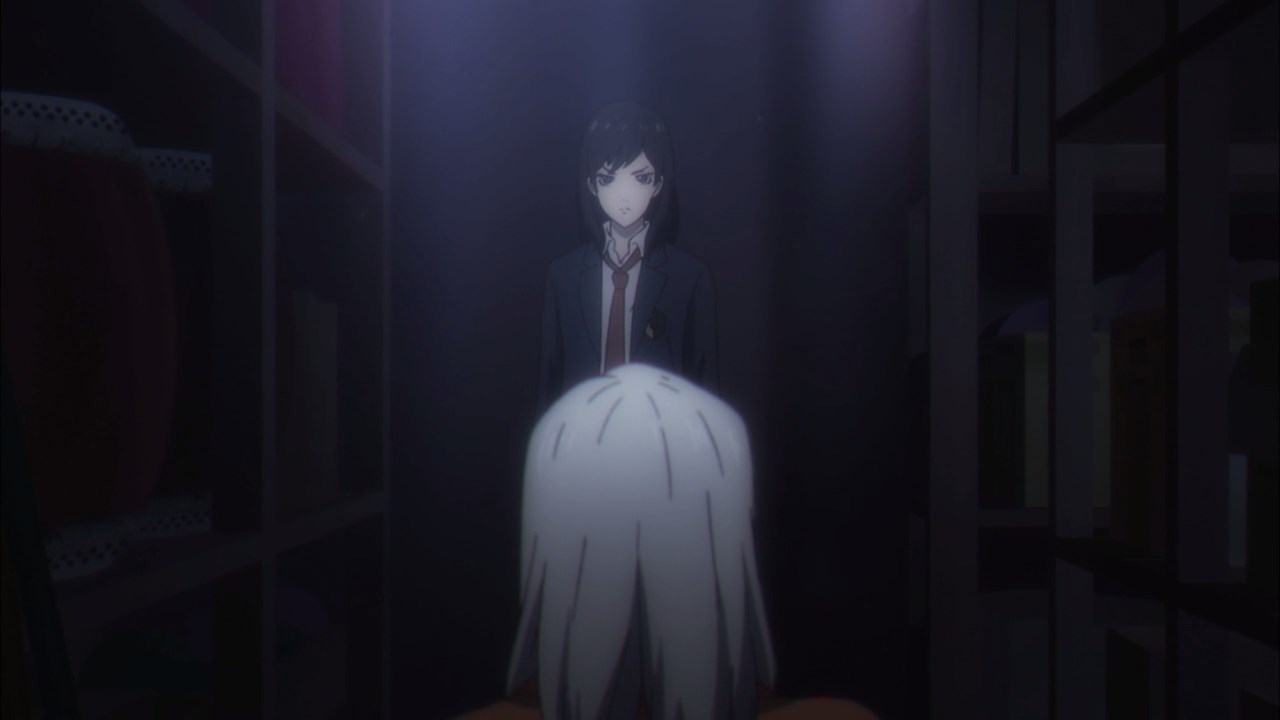 Speaking of Echoes, it turns out that Nagi Kirima kept the alien somewhere in Shinyo Academy in order to hide it from the Manticore. Of course, the Manticore will definitely find Echoes in future episodes. 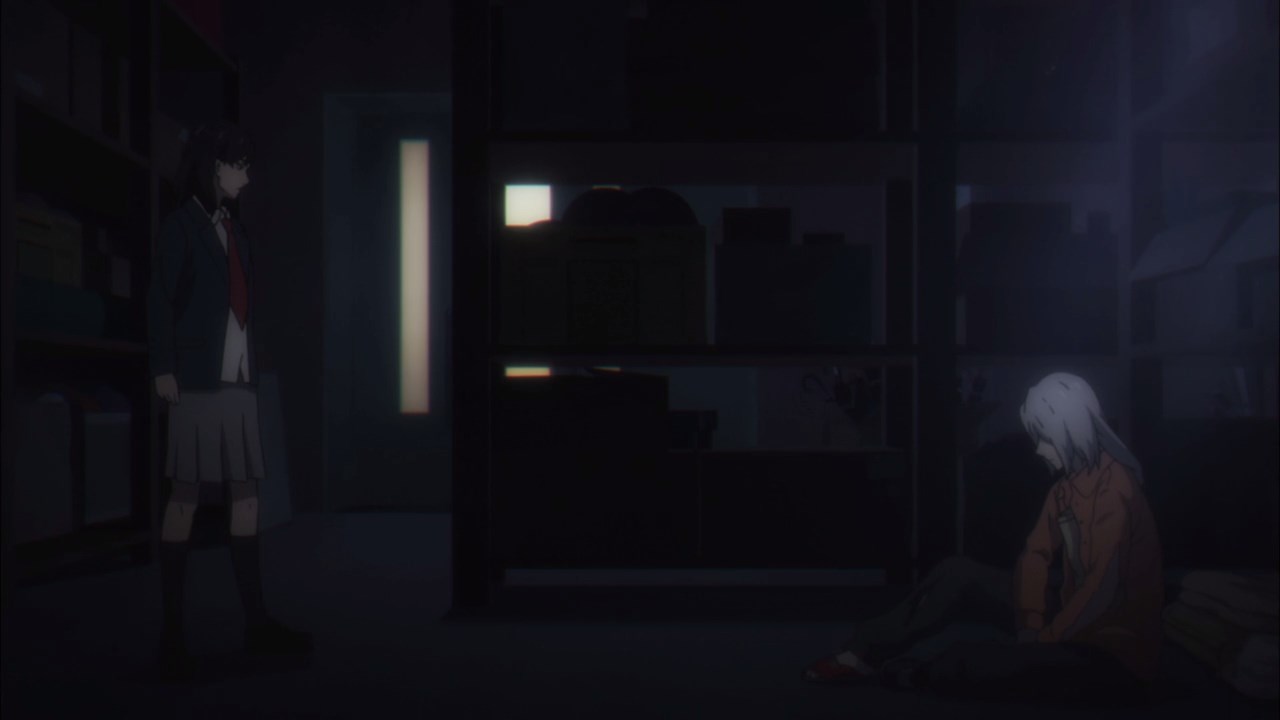 So while I know who’s the man-eater that terrorizes the school, there’s the question on what happened to Akiko Kusatsu as I have no idea if she’s dead or alive.

In any case, looks like I’m getting hooked on this show as I’m fascinated with the arrival of Nagi Kirima and her knowledge in regards to dealing with strange events in her school. But anyways, I’ll see you next time!