The Rising of the Shield Hero Episode #01

Posted on January 7, 2019 by benigmatica 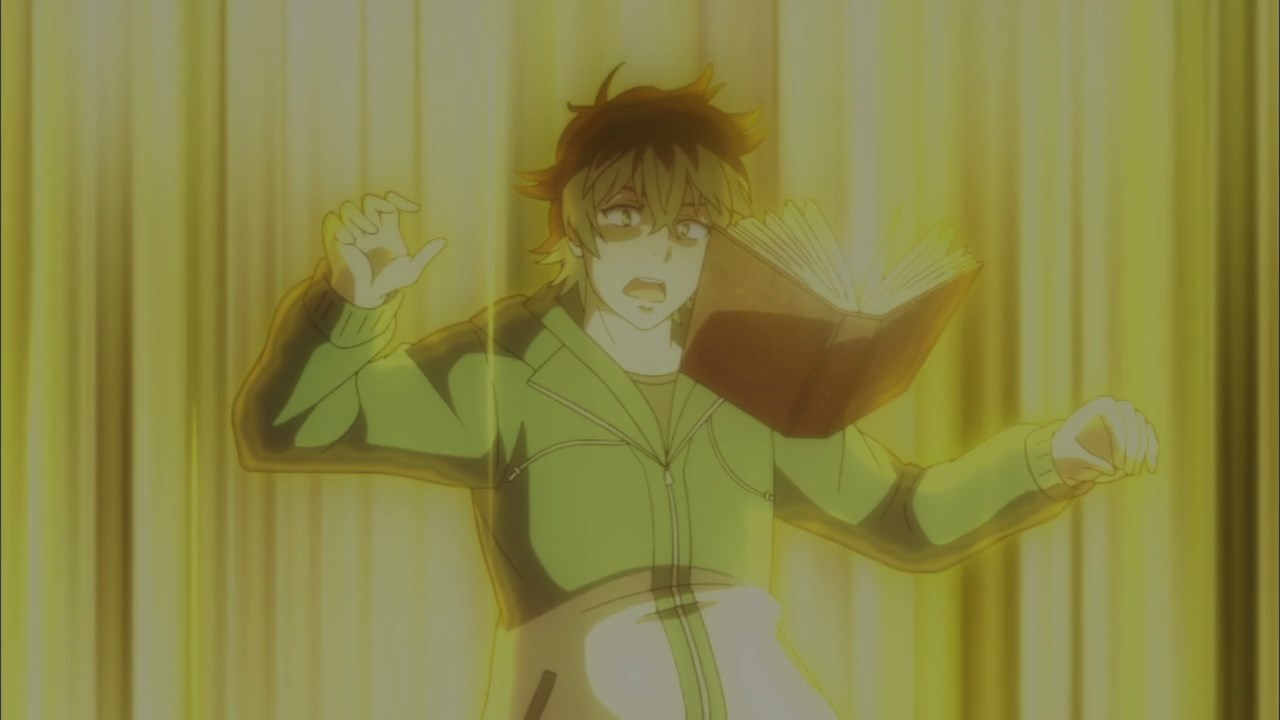 Hey everyone, here’s another anime adaptation of an isekai-genre light novel series by Aneko Yusagi where you have an otaku named Naofumi Iwatani being transported to another world after reading a book of the four cardinal heroes.

Oh, and he’s one of those four cardinal heroes that will save the world from some kind of disaster, be it a demon lord or any natural causes that might bring the apocalypse as we know it! 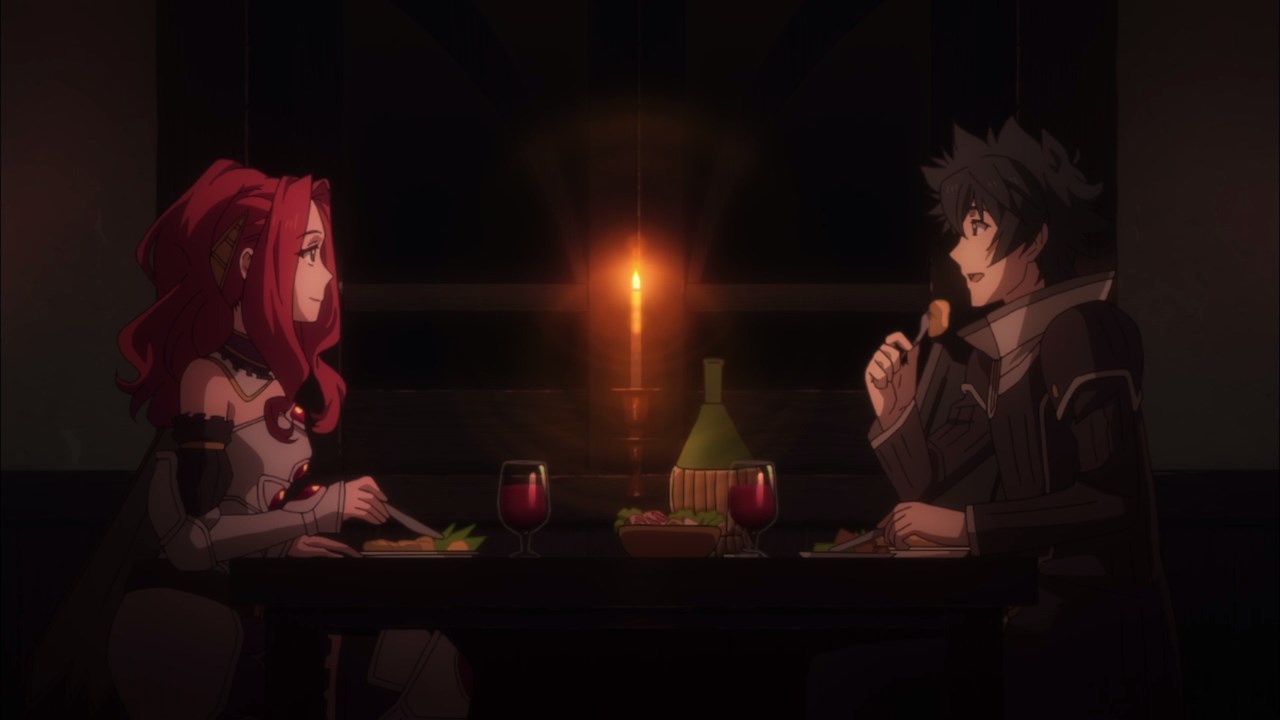 In any case, looks like Naofumi will have a great adventure in another world as the Shield Hero, where he got a partner named Myne who can support him to compensate with his lack of offensive capabilities.

Let’s hope that it’ll be smooth-sailing from here on out, right? 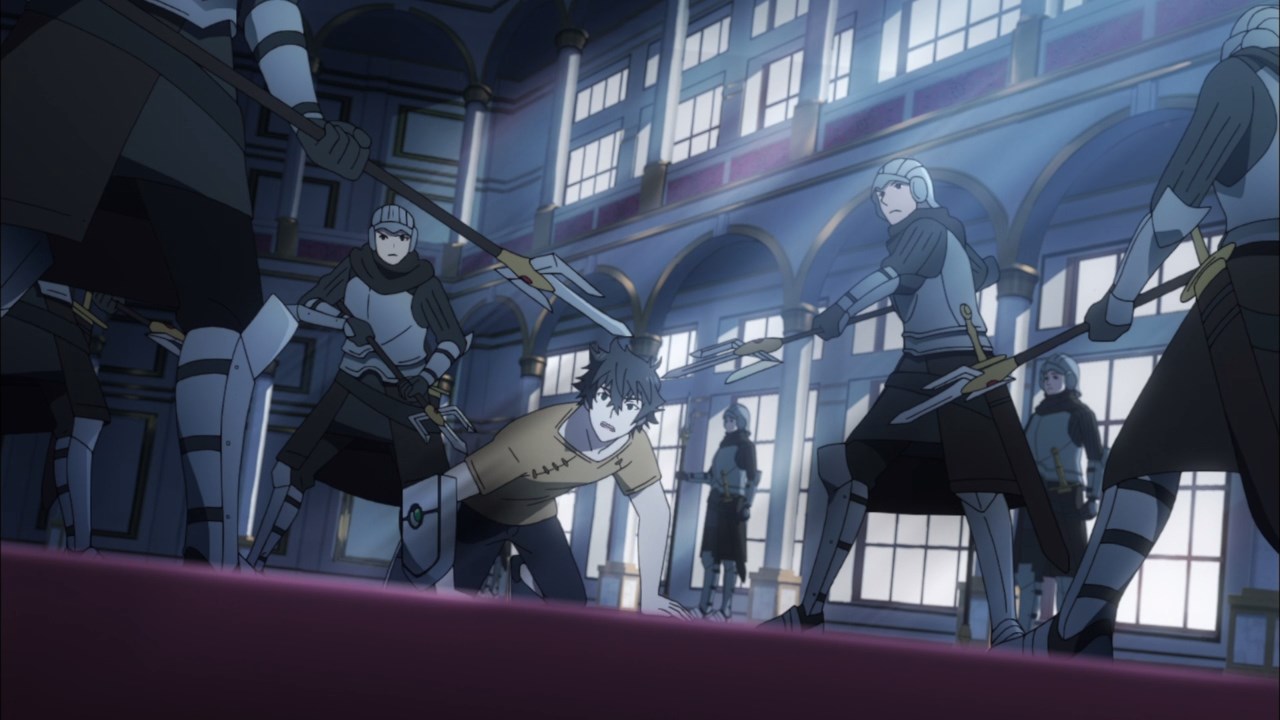 Guess again as Naofumi was arrested by the king of Melromarc due to his attempts to rape his only daughter, even though Naofumi didn’t do anything wrong because he told everyone that he got robbed by someone else.

But wait, Naofumi got his partner Myne in which she’ll tell the truth, right? 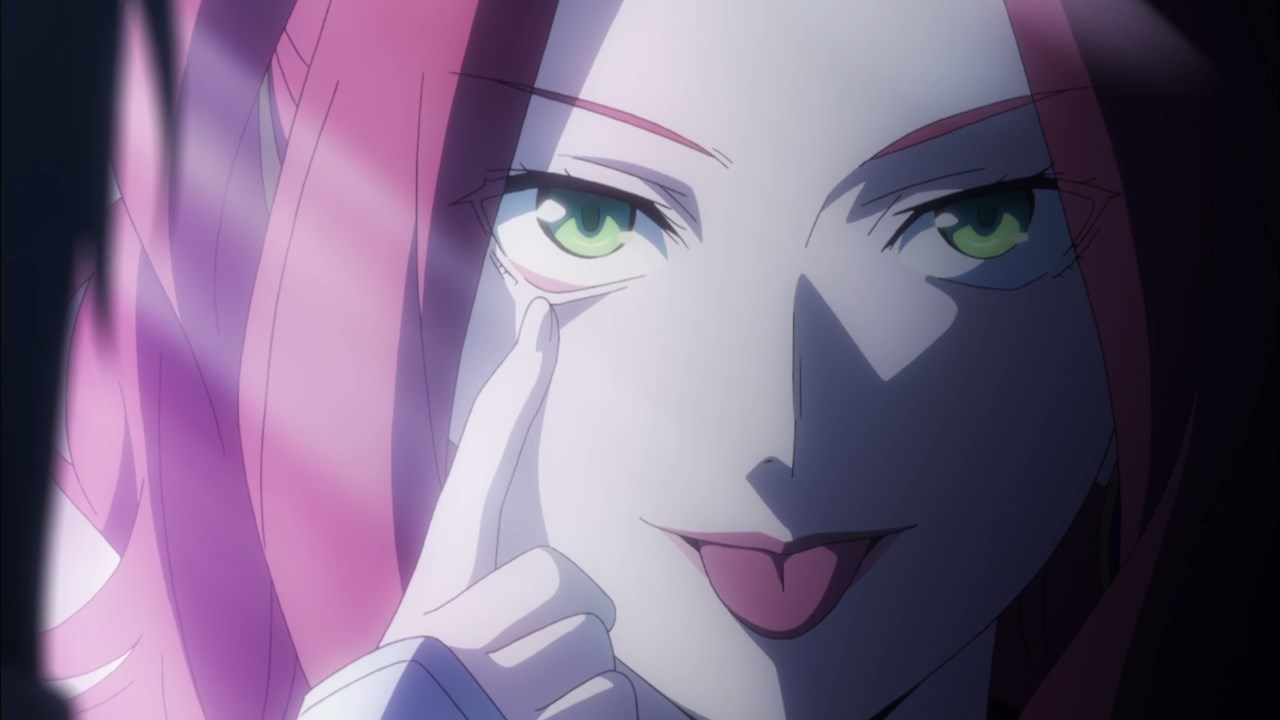 Well in a bit of a twist that’ll make it in the Top 10 Anime Betrayals list, Myne duped him because she accused Naofumi of raping her. Oh and worst of all, Myne happens to be the Princess of Melromarc.

So yeah, Naofumi got so hurt by this betrayal that he cursed everyone including Myne as he’s about to get executed for the crimes that he didn’t commit. What a bitch! 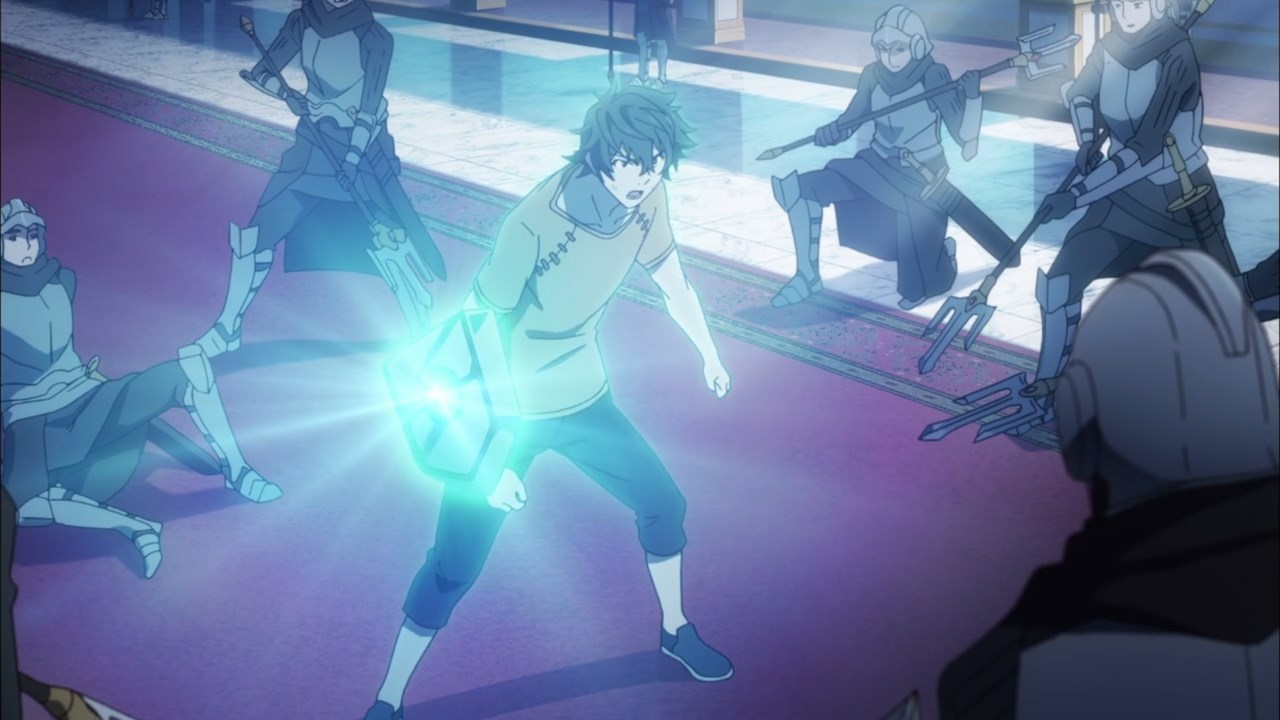 Then again, the Kingdom of Melromarc let him go because they can’t execute Naofumi because he’s invulnerable, which means that the knights can’t hurt him yet for the time being… unless they decided to let him and the other 3 heroes die so they can summon a new batch of heroes.

Anyways, Naofumi left and swore to everyone that they’ll get punished for casting him away. Of course, the king and everyone else laugh at him but seriously, I feel pity towards Naofumi as he wants to live an adventurous life! 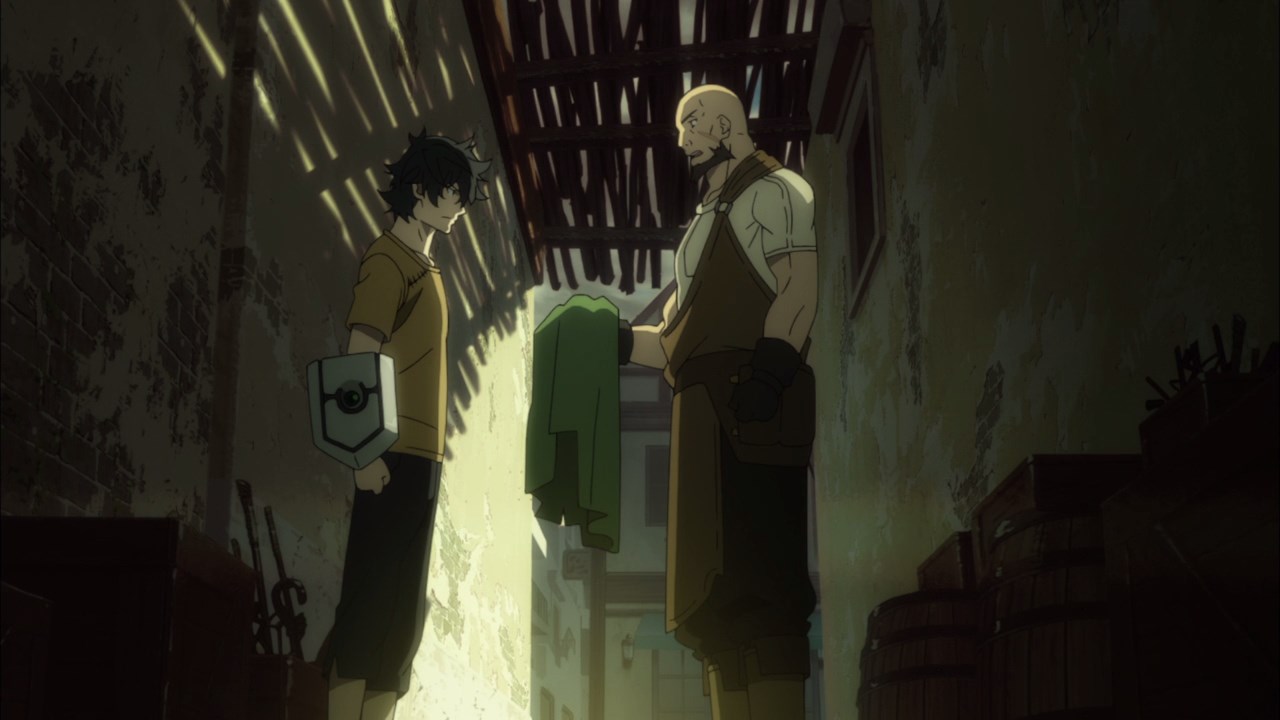 Well, there’s one guy who still believes in him as the Blacksmith gave Naofumi a coat because he pity the Shield Hero.

Oh, and the Blacksmith told Naofumi that he can pay him back with 5 copper coins whatever the time he’s comfortable with… if Naofumi survives of course. 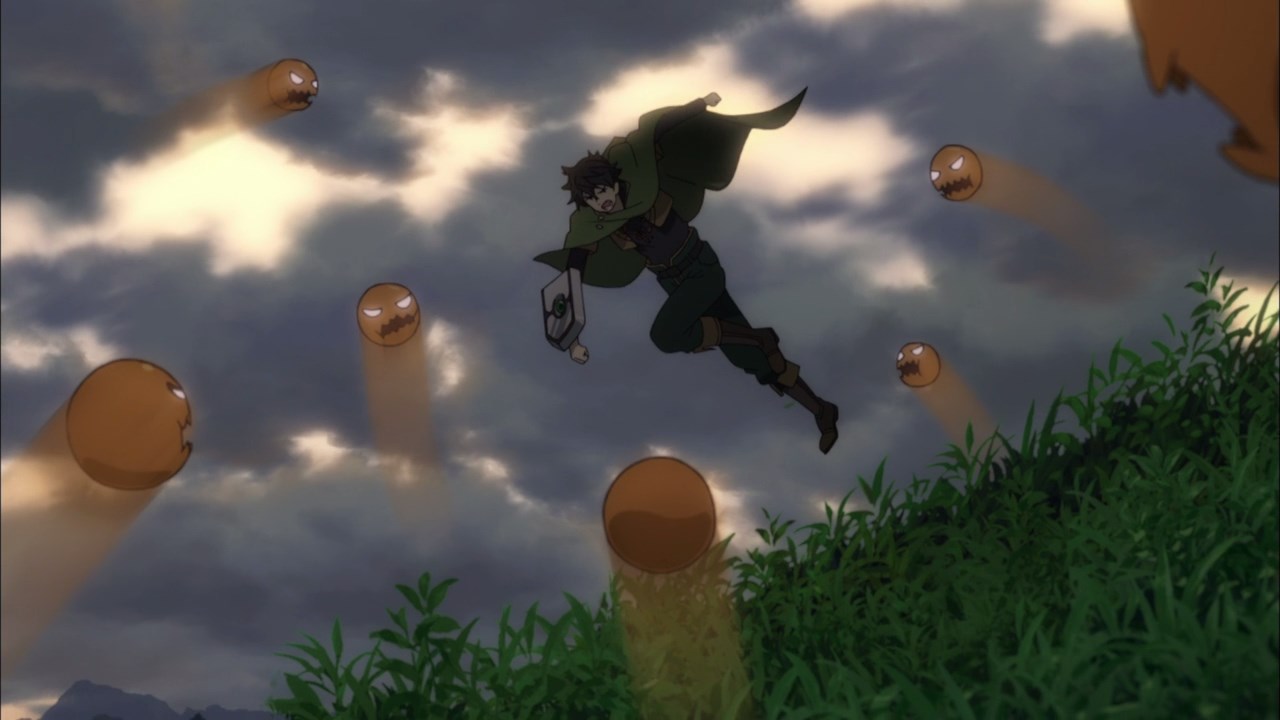 And so, the Shield Hero went on a journey by himself because well, Naofumi is still a chosen hero where he must defeat monsters and level up. 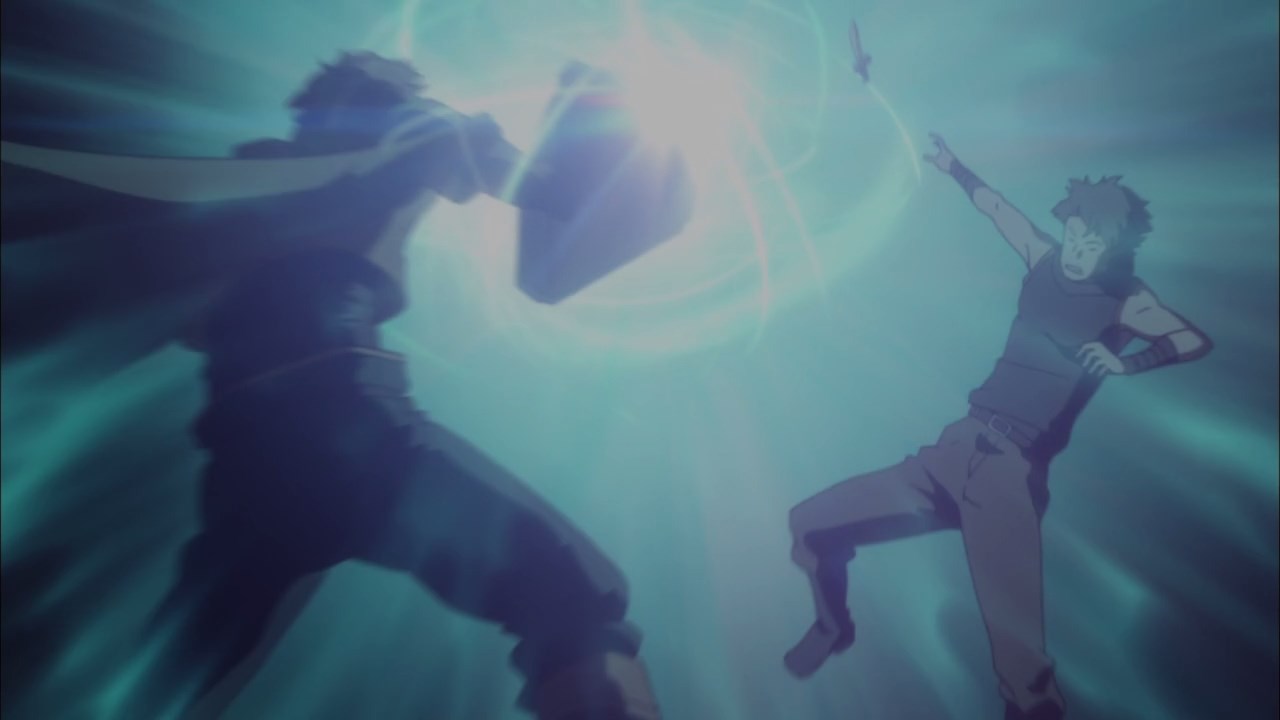 Oh and if someone mugs him, he can use his trusty shield to block their attacks. But wait, Naofumi can’t fight back as he lack the offensive capabilities due to having a shield. 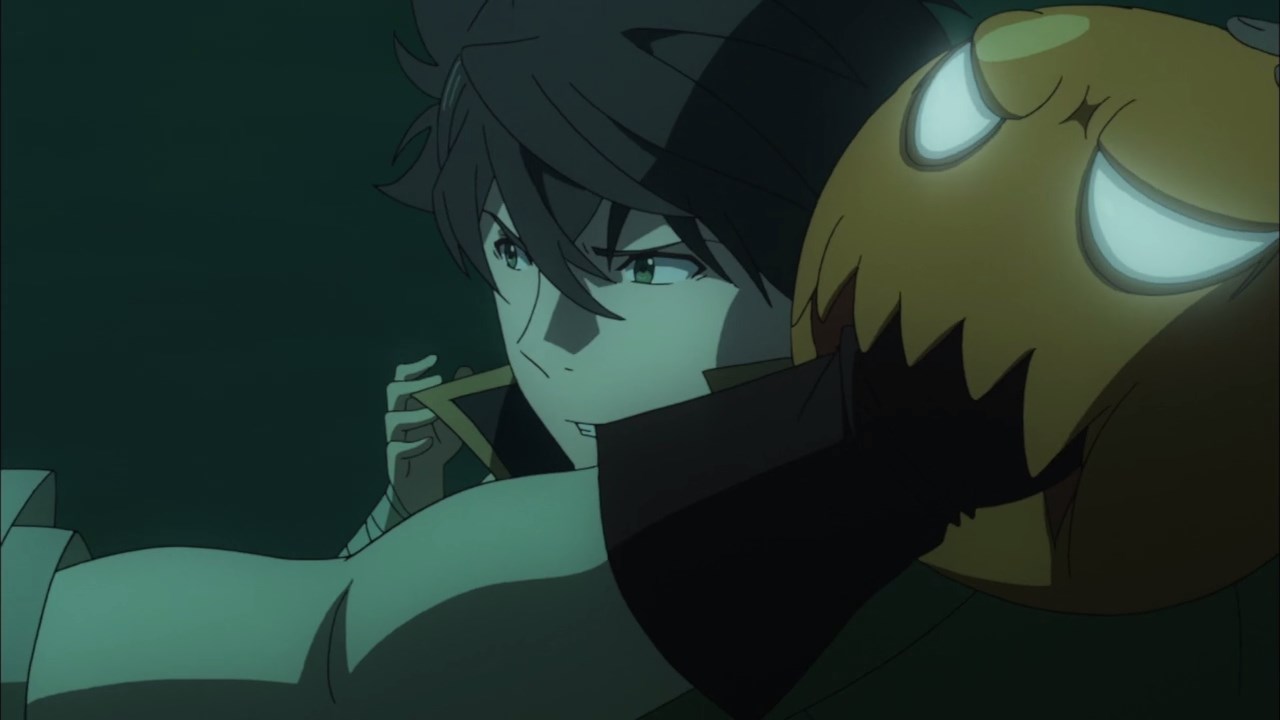 Not to worry though as he can throw some monsters that he captured and let those critters bite them!

Still, he can’t rely on captured monsters alone to compensate his lack of attacks. Then again, Naofumi will just use his shield to bash them. 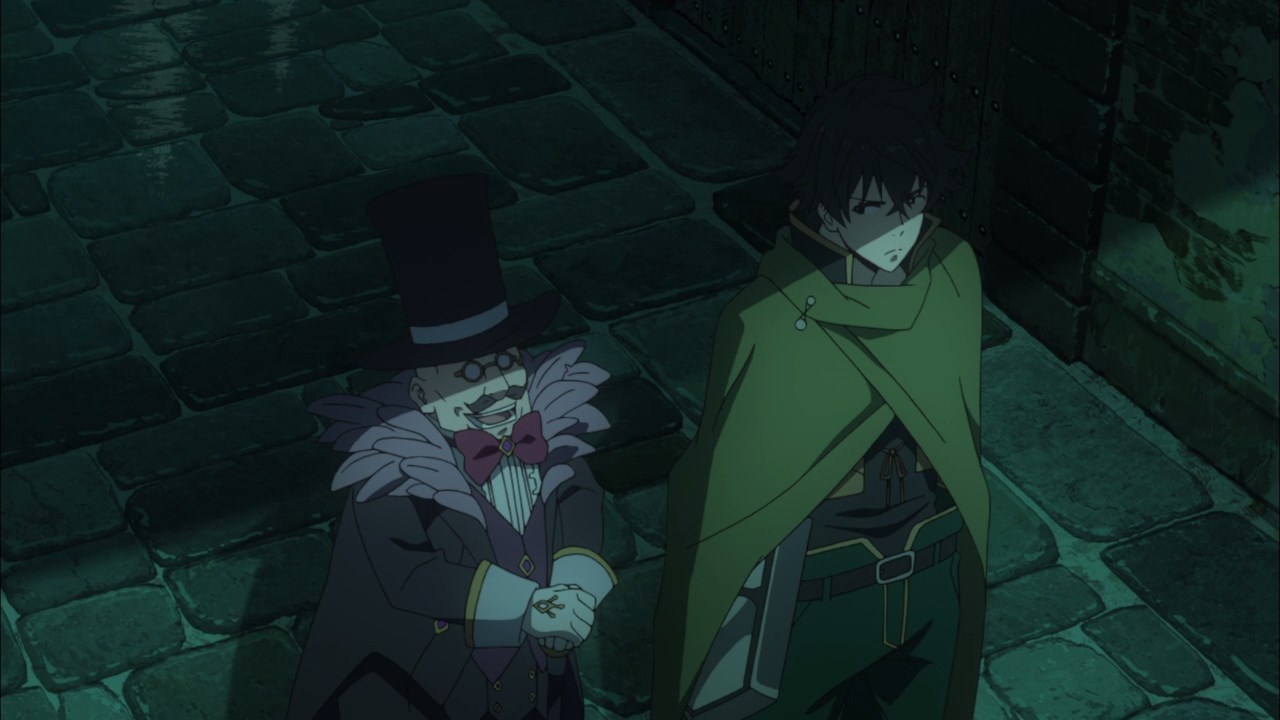 However, it seems that the Shield Hero will get a companion as he was approached by this shady person. And what this person wants to offer our Shield Hero? 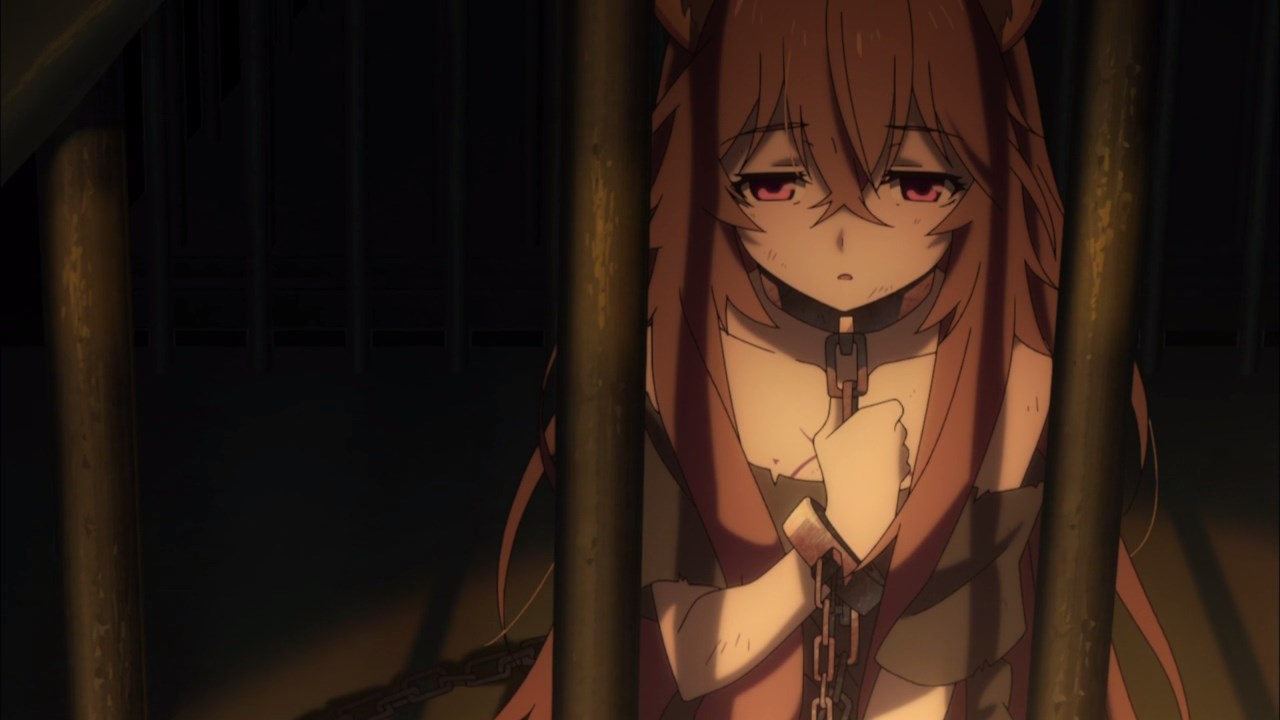 One word: Slaves! Turns out, this shady person is actually a slave trader where he sells monsters and even demi-humans to do manual labor or even act as bodyguards.

Oh and the best part of having a slave is that they won’t betray Naofumi because they’re put under a curse, where disobeying their master will result in death. 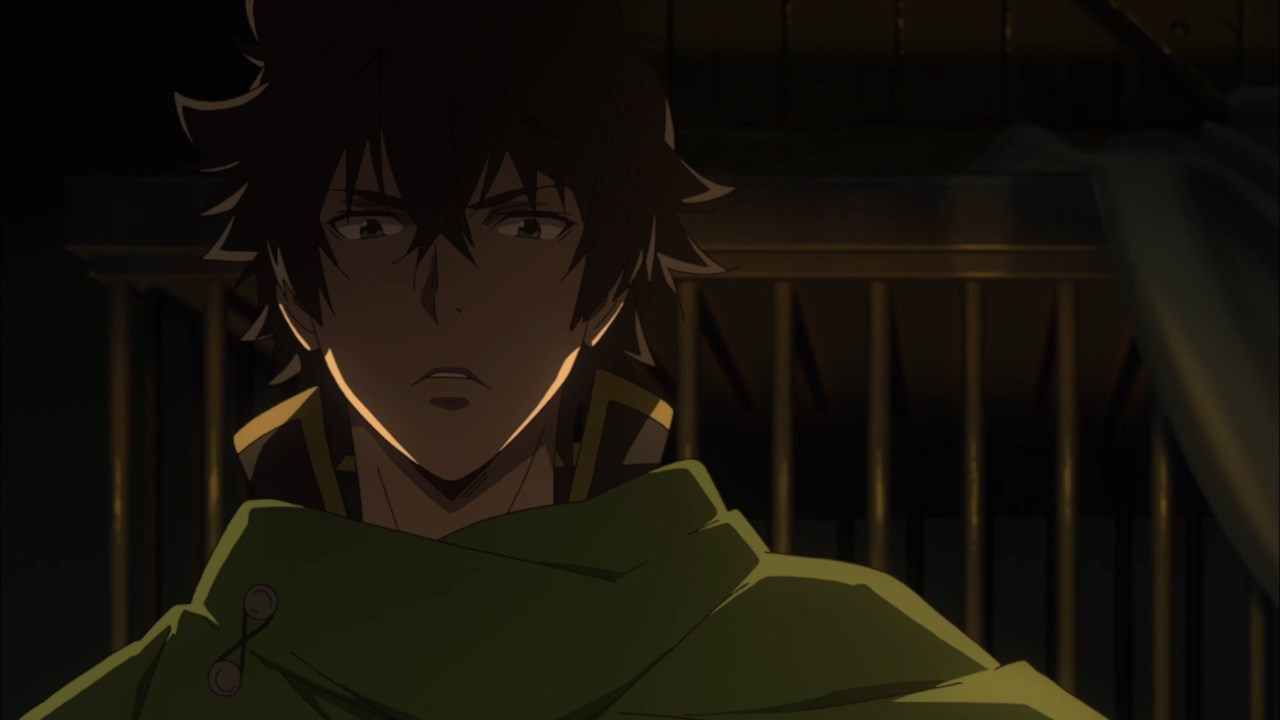 But that’s the first episode of The Rising of the Shield Hero. Damn, what an awful first episode because of that betrayal from Myne that I can’t stomach it!

Still, Naofumi will have a long climb to get back to the top as he’s at the crossroads of whether to buy this demi-human or pass it. Anyways, I’ll see you next time!