Posted on January 9, 2019 by benigmatica 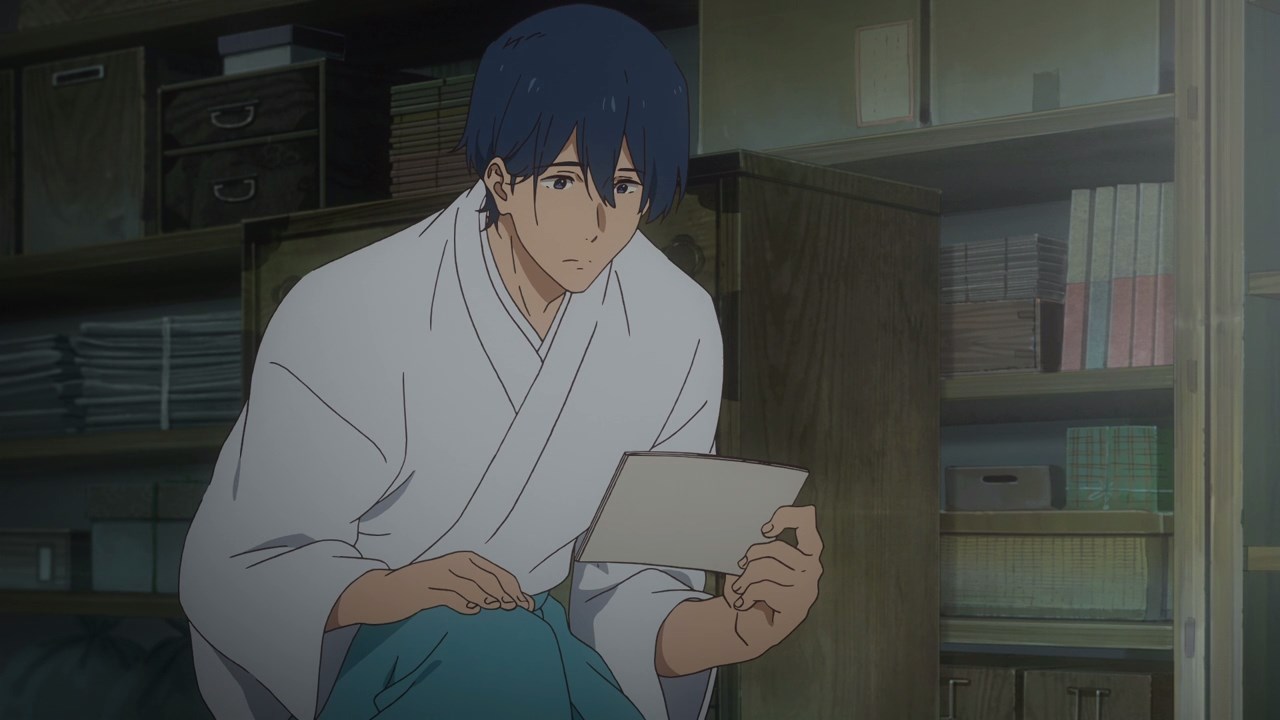 Well everyone, looks like we’re back after a one-week break as we start things off with Masaki Takigawa rummaging some old things from his deceased grandfather. 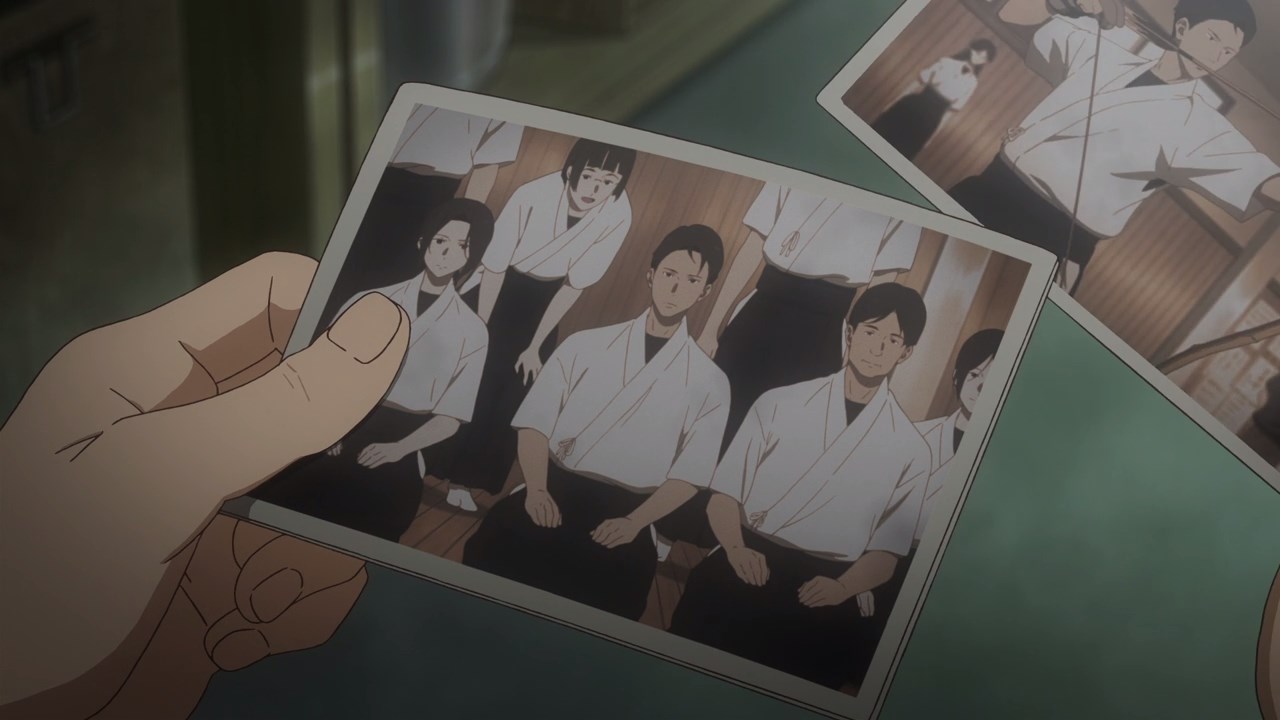 Until he stumbled upon a photo where his grandfather, Yasaka-sensei, is joined by two other archers named Saionji and Osone.

Come to think of it, I think the reason why Masaki-san decided to take up the coaching role is not because he wants to take vengeance against his grandfather’s teachings, but because Takigawa wants to understand him more. 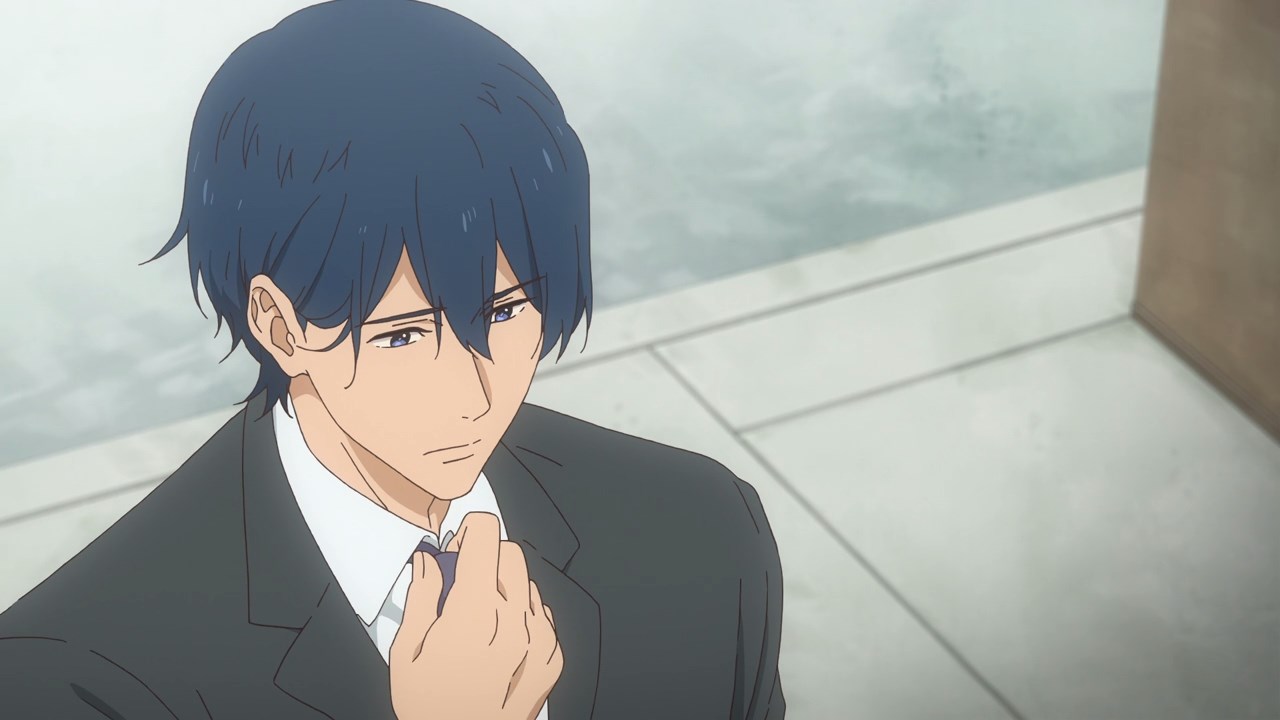 In any case, Masaki Takigawa decided to visit one of his grandfather’s friends in hopes of understanding his teacher through their perspective. 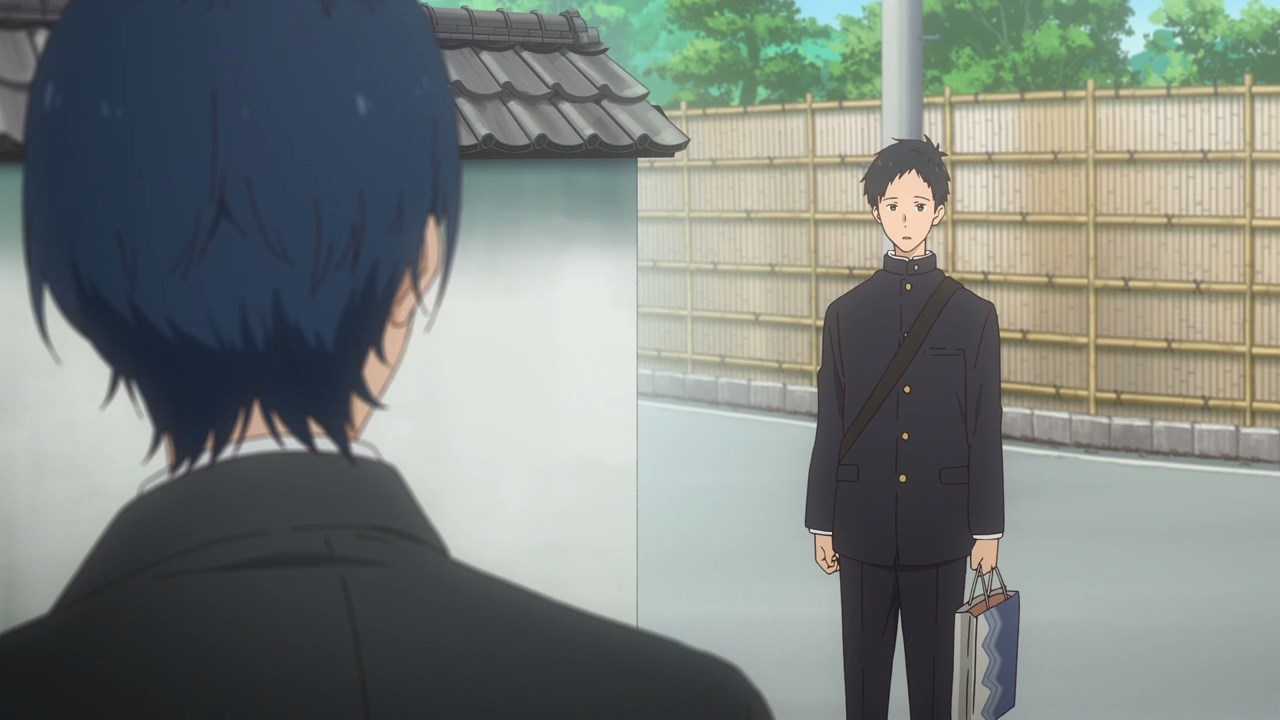 On the other hand, seems that Takigawa-sensei bumped into Minato Narumiya as he’s here to visit his old teacher. 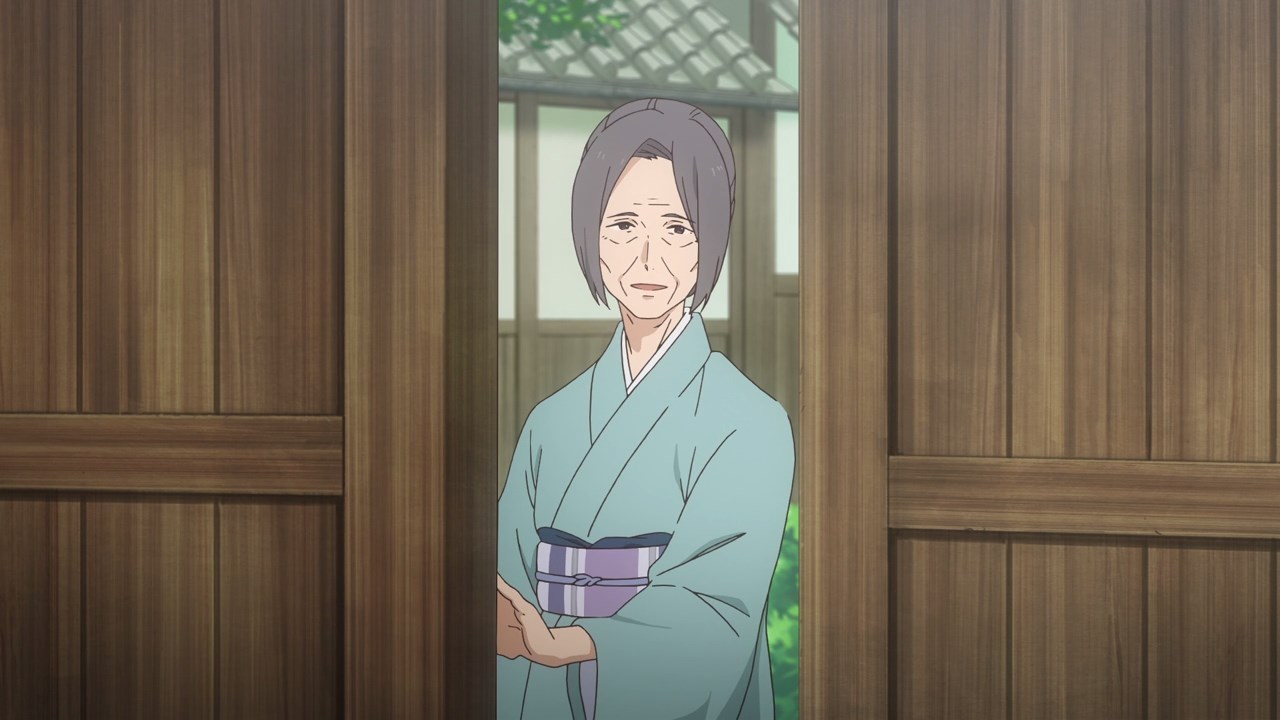 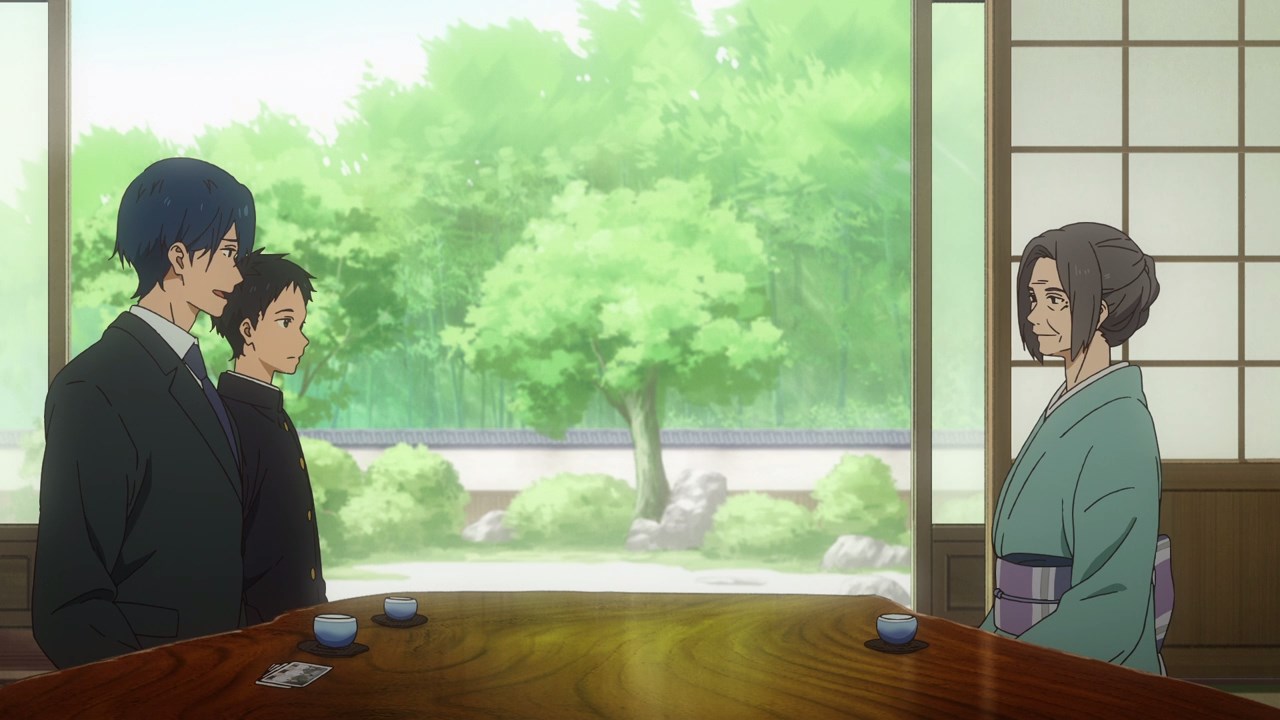 Anyways, it appears that Saionji was surprised that Masaki Takigawa is the one who brought Minato Narumiya back into the world of kyudo. Also, Saionji wants to meet with Masaki Takigawa during the funeral of Yasaka-sensei, but Masaki wasn’t there at that time until now.

Now then, while Saionji couldn’t tell much about Yasaka towards Masaki Takigawa since they felt out of touch a long ago, she pointed out that Yasaka is sharing his thoughts and feelings on his life to Osone since they’re both Shinto priests. Come to think of it, Takigawa might have a chance to find out about his grandfather to Osone. 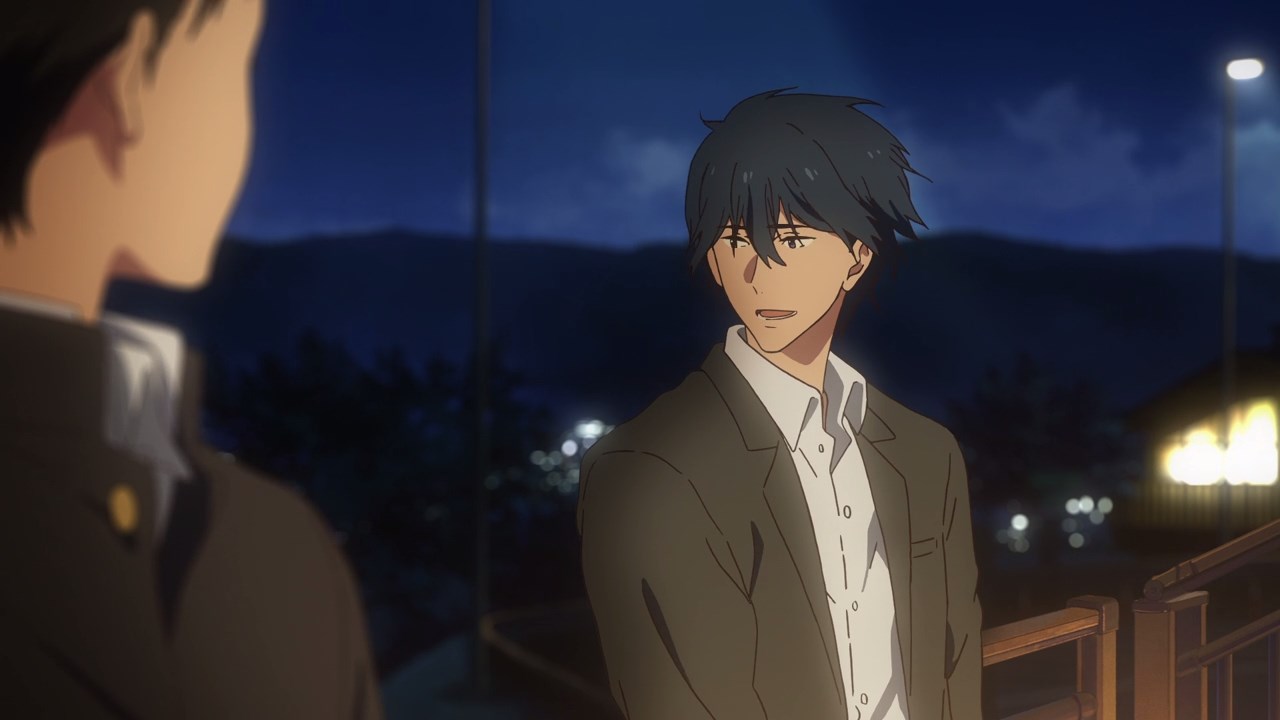 Still, Takigawa is worried about meeting with Osone since he rebelled towards his grandfather and ran away. And when Masaki-san tries to patch things up towards his grandfather, Yasaka-sensei passed away in which he lost his way and developed target panic. Eventually, Takigawa decided to give up archery by firing 10,000 arrows until Minato Narumiya came along.

But you know what, I think Masaki Takigawa should meet up with Osone in hopes on understanding his grandfather instead of resenting him. 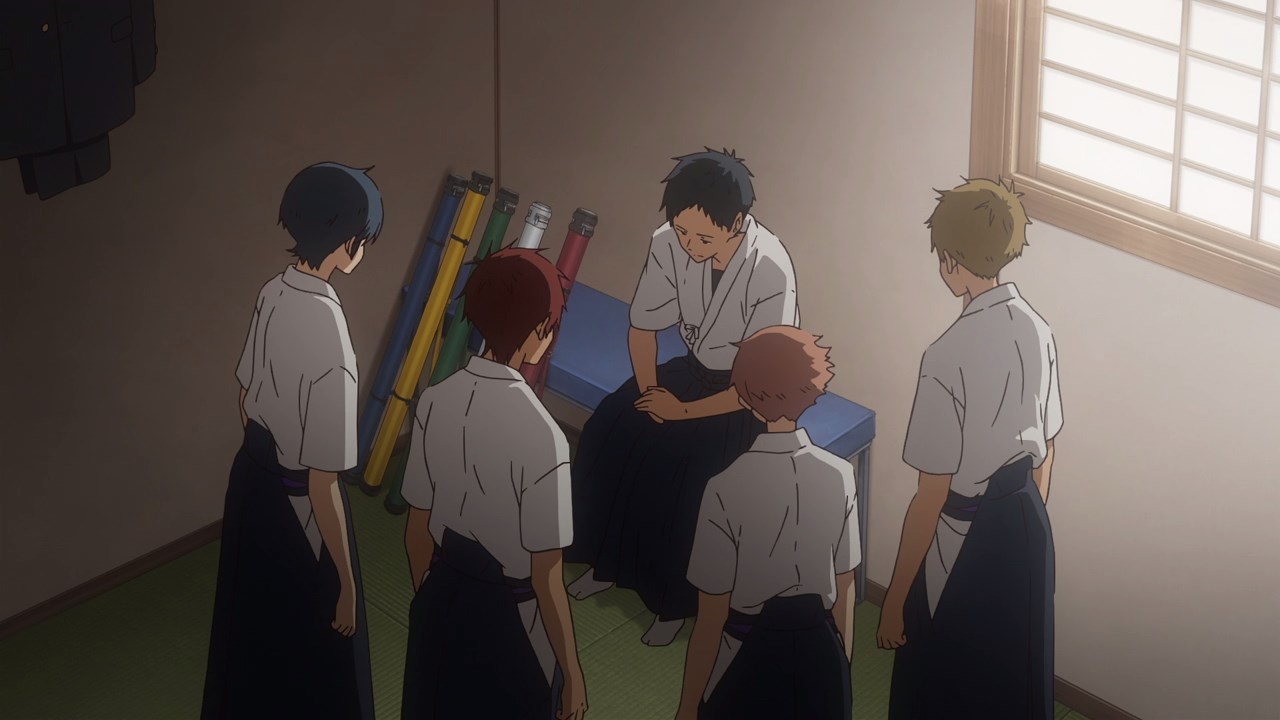 With that said, Minato Narumiya told everyone in regards to Masaki Takigawa’s situation and they’re surprised, but later understand that their cool coach has some hidden depths. 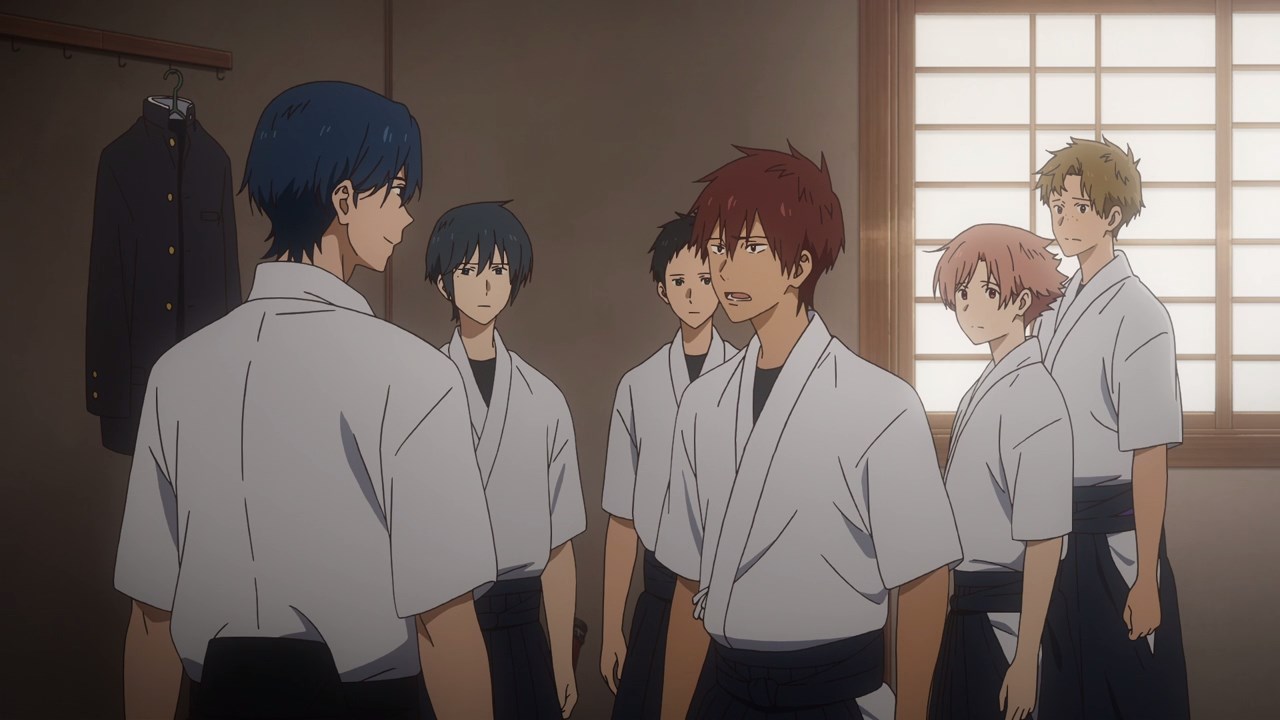 And when Takigawa appeared, the club members encourage him to see Osone-sensei because there won’t be any chances of meeting him again.

Looks like Minato wants Masa-san not to have any regrets of meeting his grandfather’s best friend. 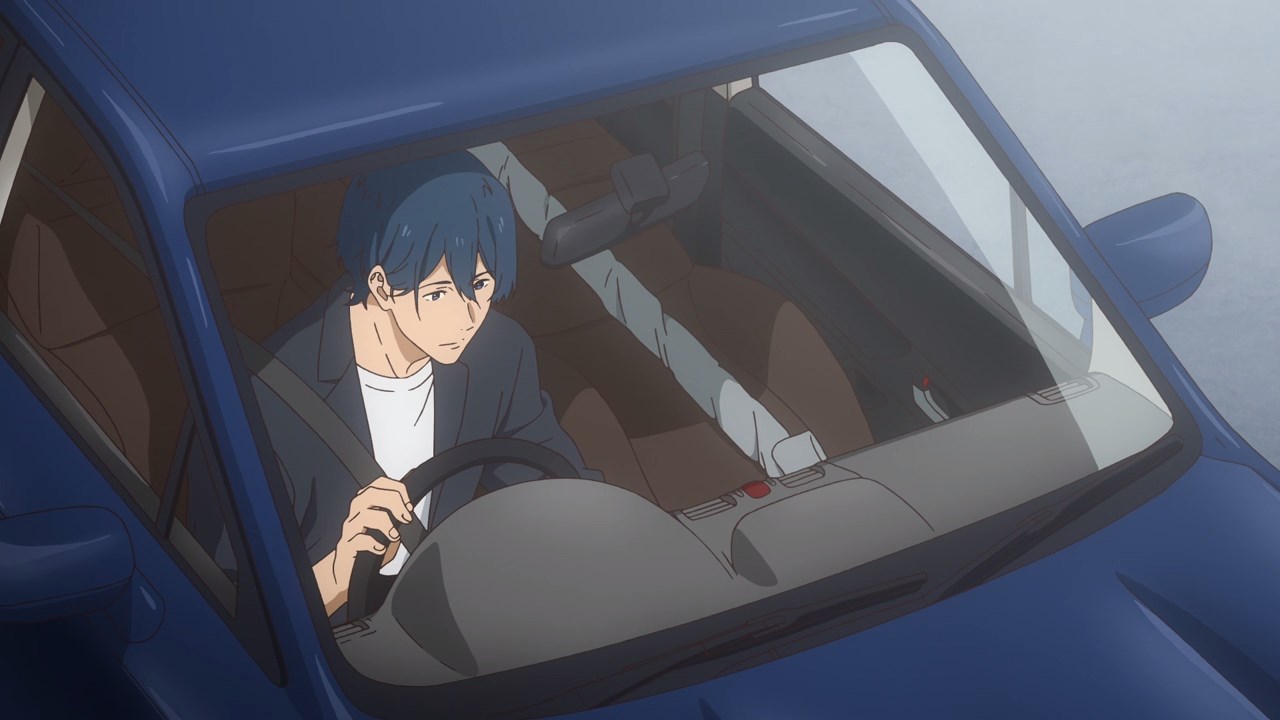 And so with the support of the club members, Masaki Takigawa went ahead on visiting Osone-sensei and find more insight about his grandfather, Yasaka-sensei. 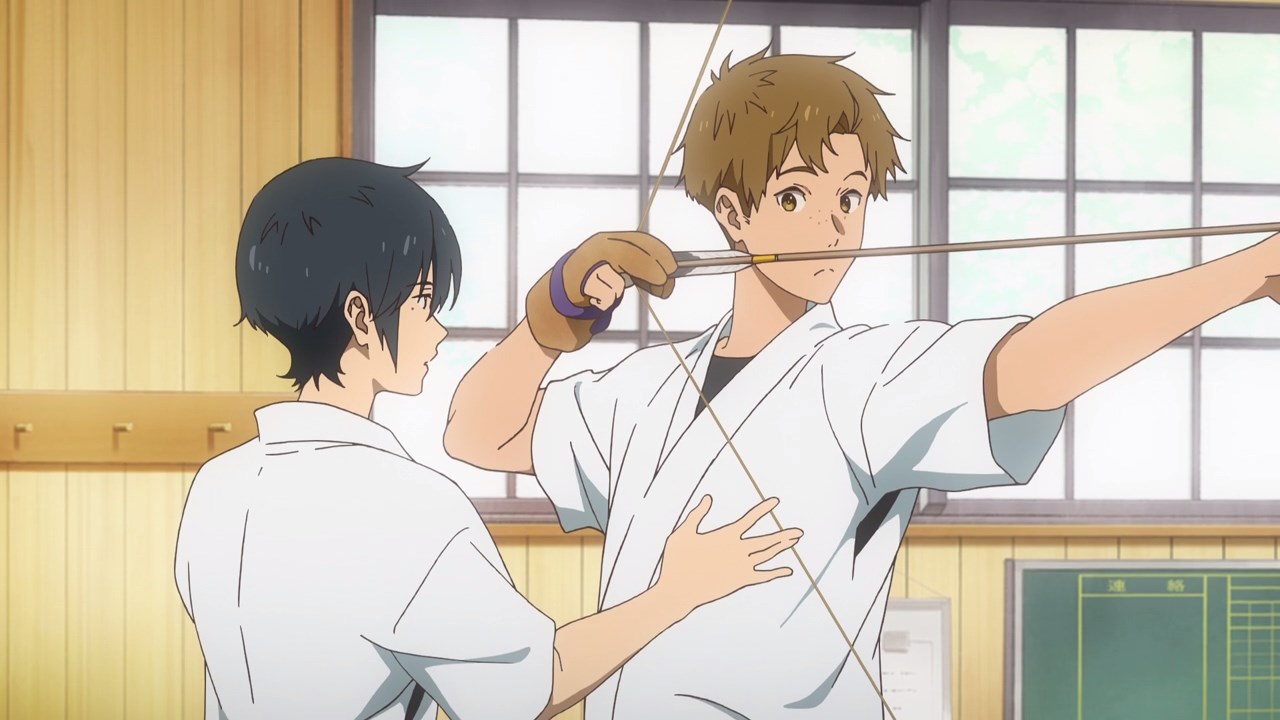 As for the rest of the archery club, their daily routine continues as normal as Minato Narumiya and the rest are training to improve themselves for the upcoming tournament. 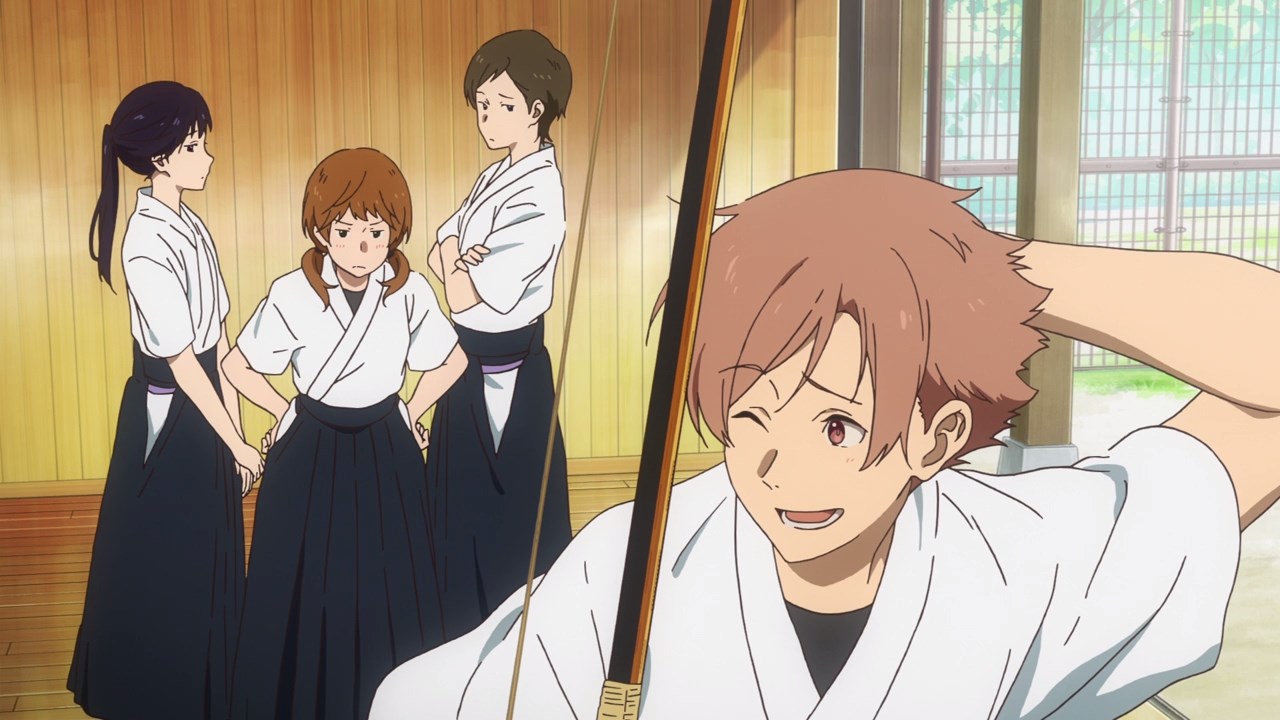 And if they slack off like Nanao Kisaragi for example, the girls like Yuna Hanazawa will scold them and put them back into shape. In any case, the archery club are doing it great without their coach. 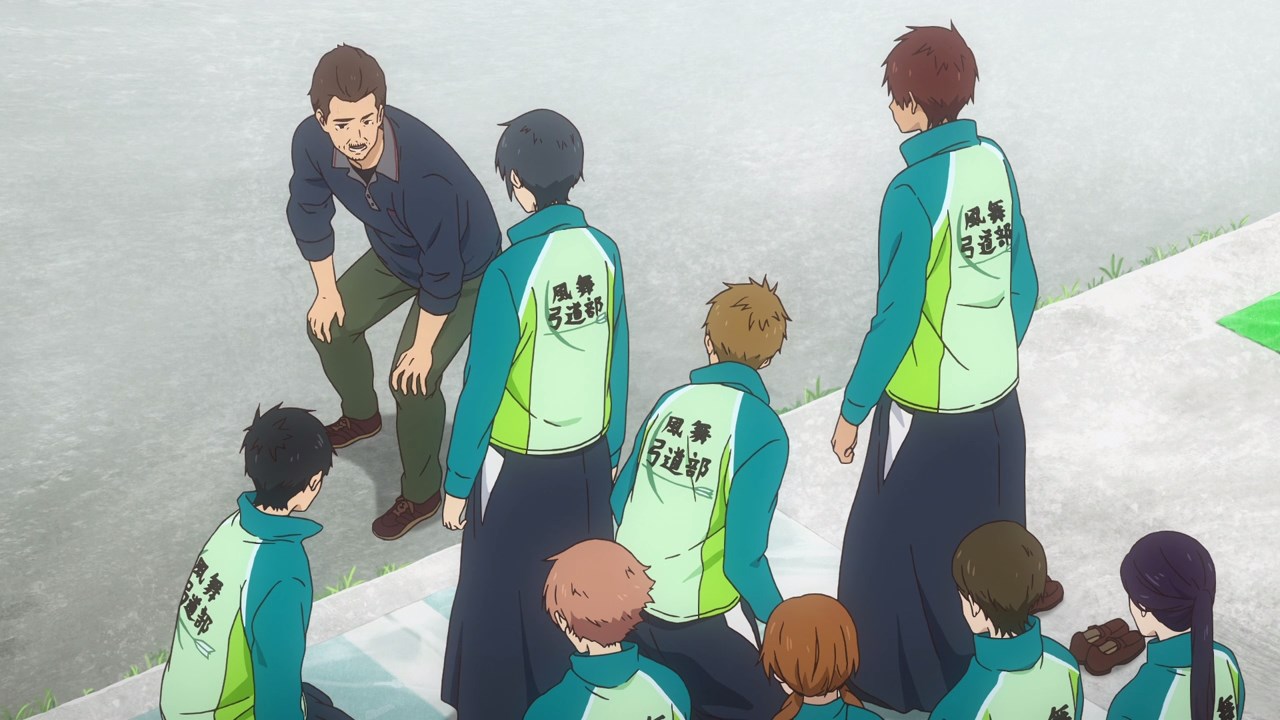 However, Minato and the rest will receive some bad news on the day of the tournament as Nakazaki told everyone that Masaki Takigawa got into a car accident on his way to visit Osone-sensei.

This is totally bad news as the whole club’s morale will be affected, including Minato Narumiya. 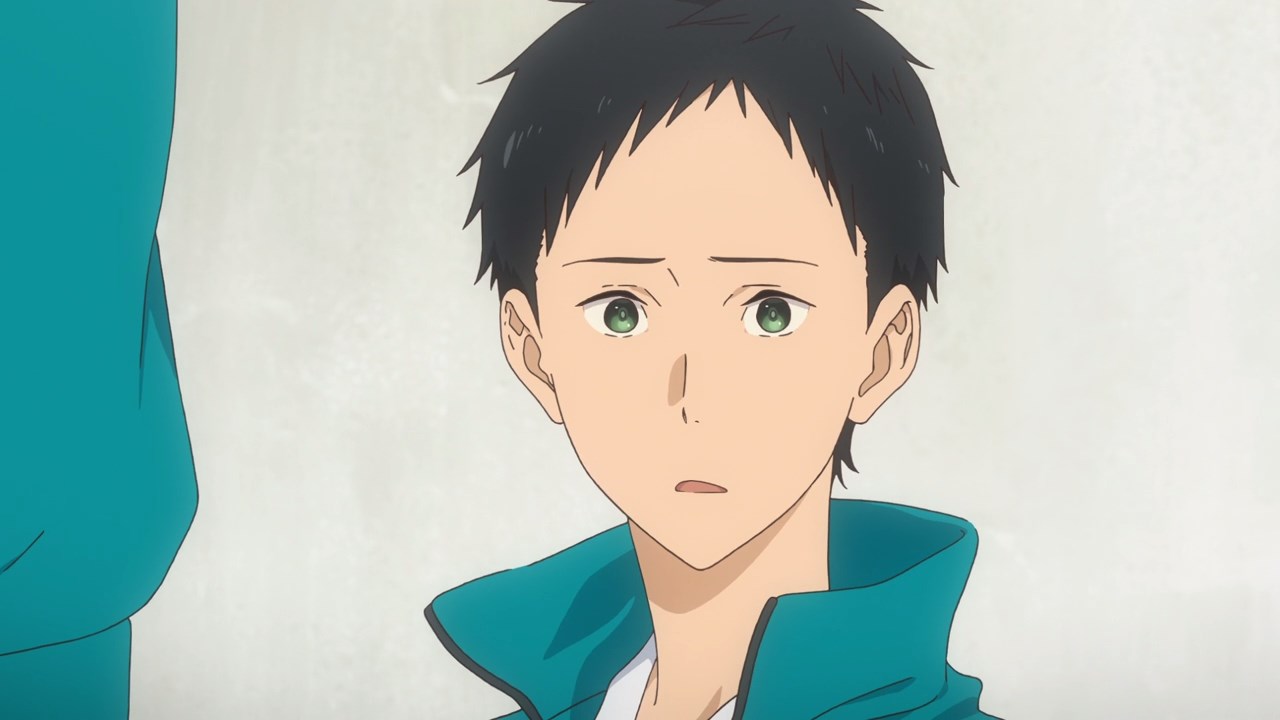 But anyways, what a shocking turn of events as Kazemai High School’s archery club are preparing themselves for the national tournaments.

Let’s hope that Takigawa will be okay while the club members will do great in the tournament as I’ll see you next time!