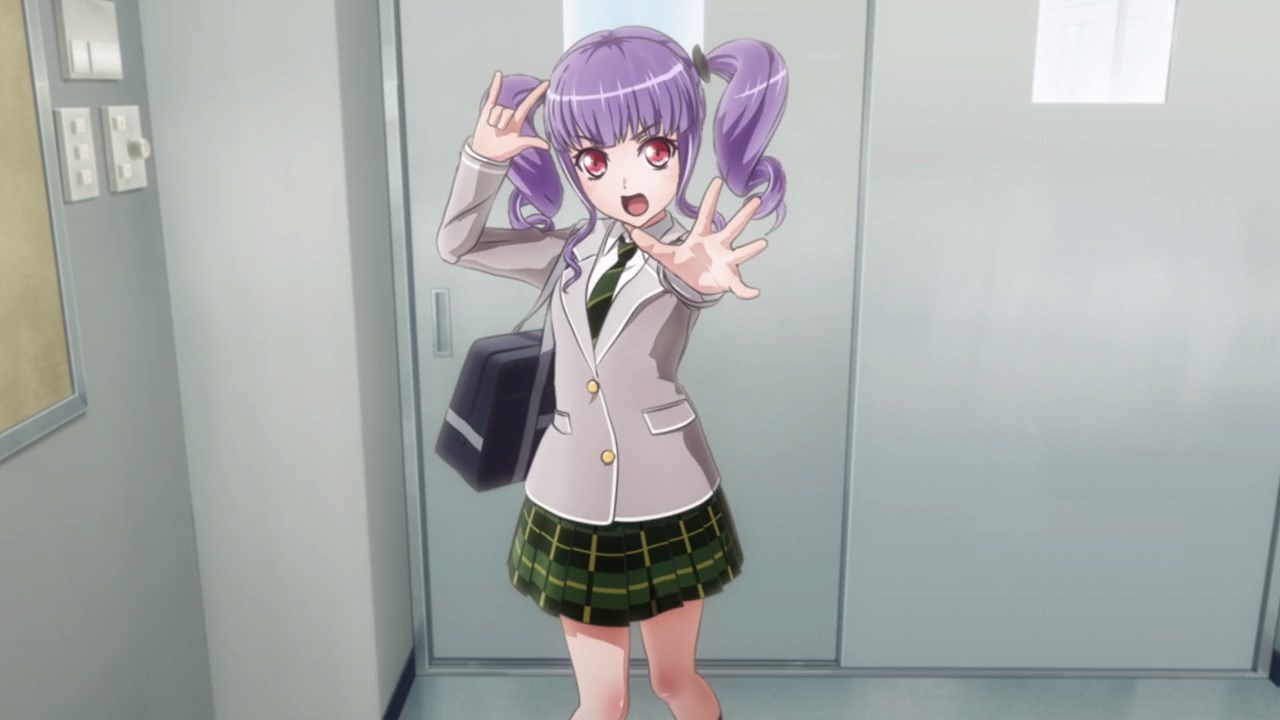 Somewhere in Haneoka Girls’ Academy lies a demon queen that is Ako Udagawa, who turned out to be the sister of Afterglow’s drummer Tomoe Udagawa. Man, if only Tomoe becomes a bassist much like Yoko Hikasa’s previous role Mio Akiyama, but Bushiroad made Tomoe what she is now.

Anyways, looks like this episode will focus on Roselia because c’mon, they’re the hypest girl band in BanG Dream! 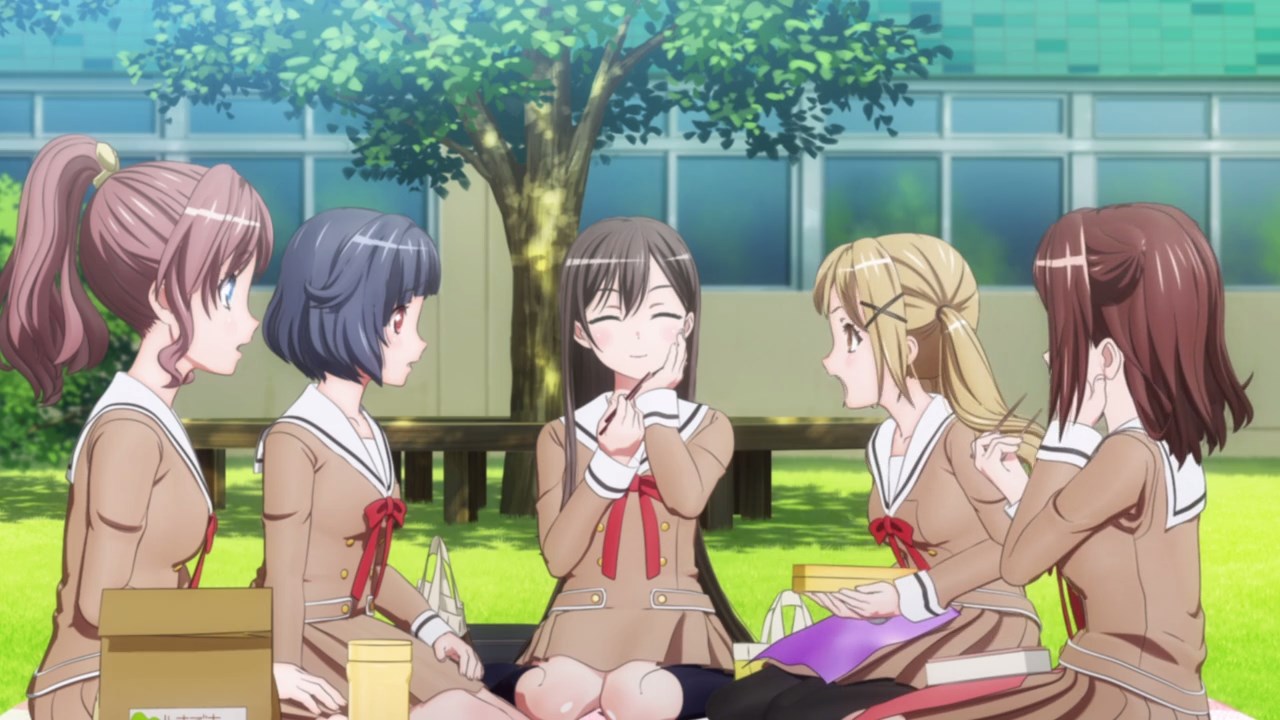 But first, let’s talk about Poppin’ Party where Kasumi Toyama and the rest are just chillin’ out. I mean c’mon, they have some slight parallels with the main cast of K-ON!

Still, PoPiPa wants to perform more as Kasumi Toyama had an idea of making it big at the Budokan, they need to be a better band first as Rinko Shirokane invited Poppin’ Party to join their self-sponsored live gig. While Kasumi will gladly take it, that depends on Yukina Minato’s decision. 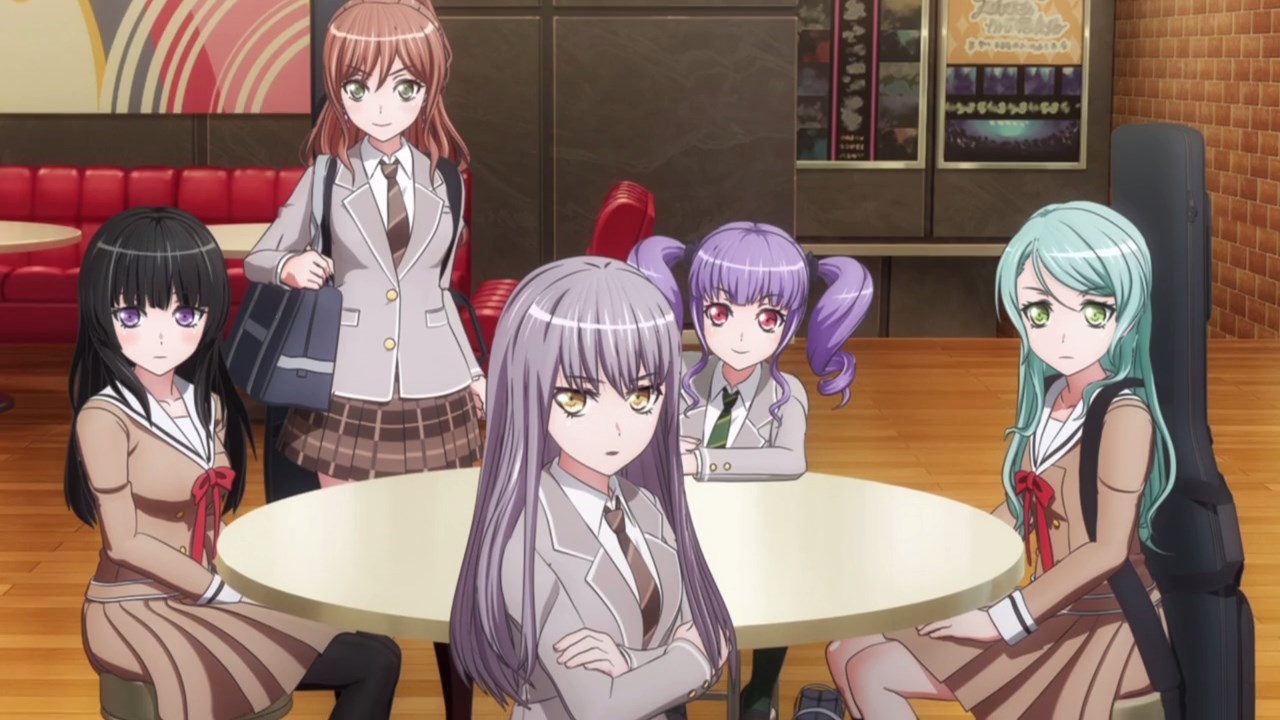 And speaking of Yukina Minato, she has high standards when it comes to finding bands that are good at their level.

Yeah, gotta say that Kasumi Toyama and the rest won’t have an easy way to get into the lineup. 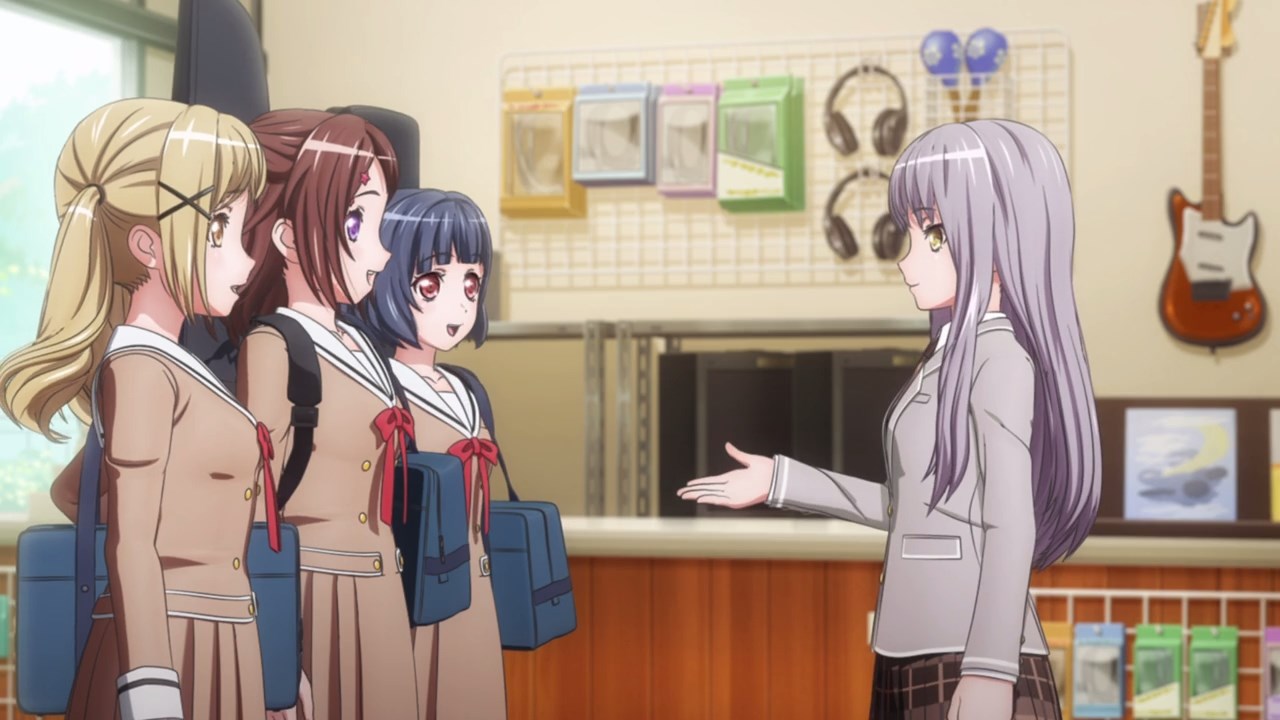 But I digress, seems that Yukina Minato decided to invite Poppin’ Party to their live gig. Of course, Yukina expects better performance from Kasumi and her friends.

Anyways, the most important thing is that PoPiPa is in and now they must focus on improving themselves! 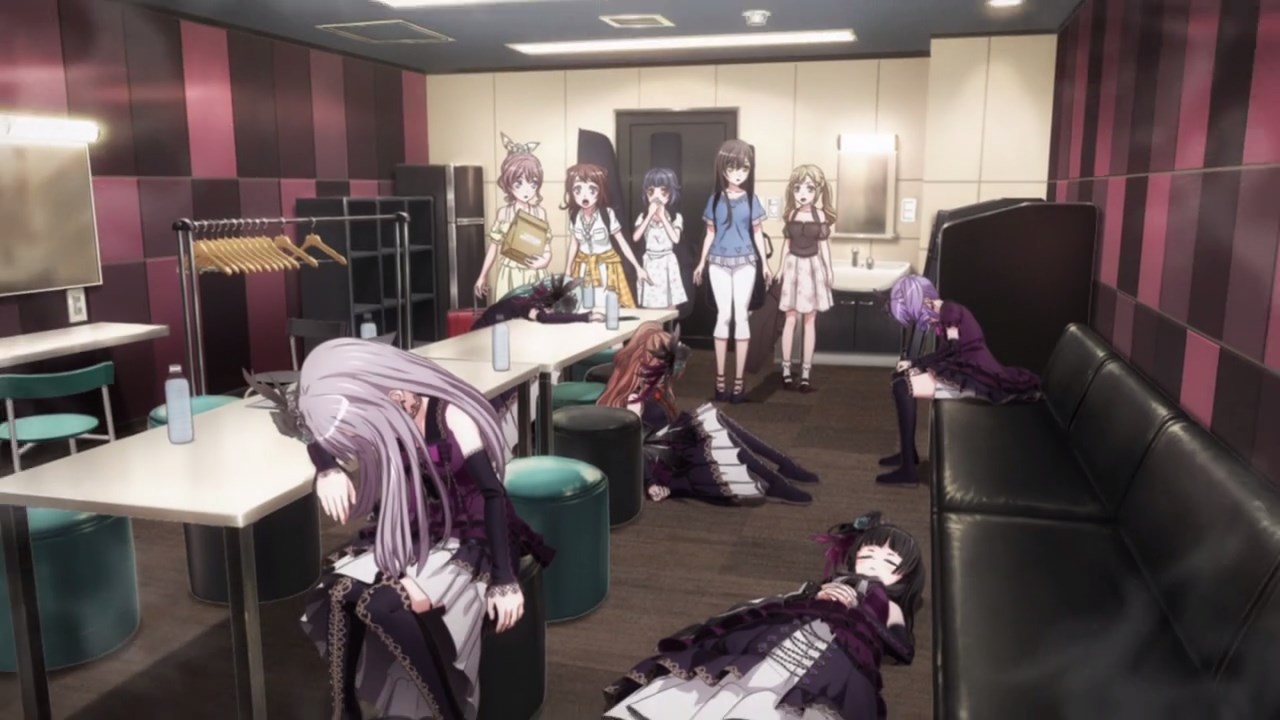 But once PoPiPa went to the venue, seems that they stumbled upon a crime scene where Roselia passed out due to their intense practice session, plus some other things like negotiations and fixing technical difficulties in order to make their live gig run without any hitches.

So yeah, Roselia wants to make sure that their live gig will not only be successful, but they wanted to be the best concert ever! 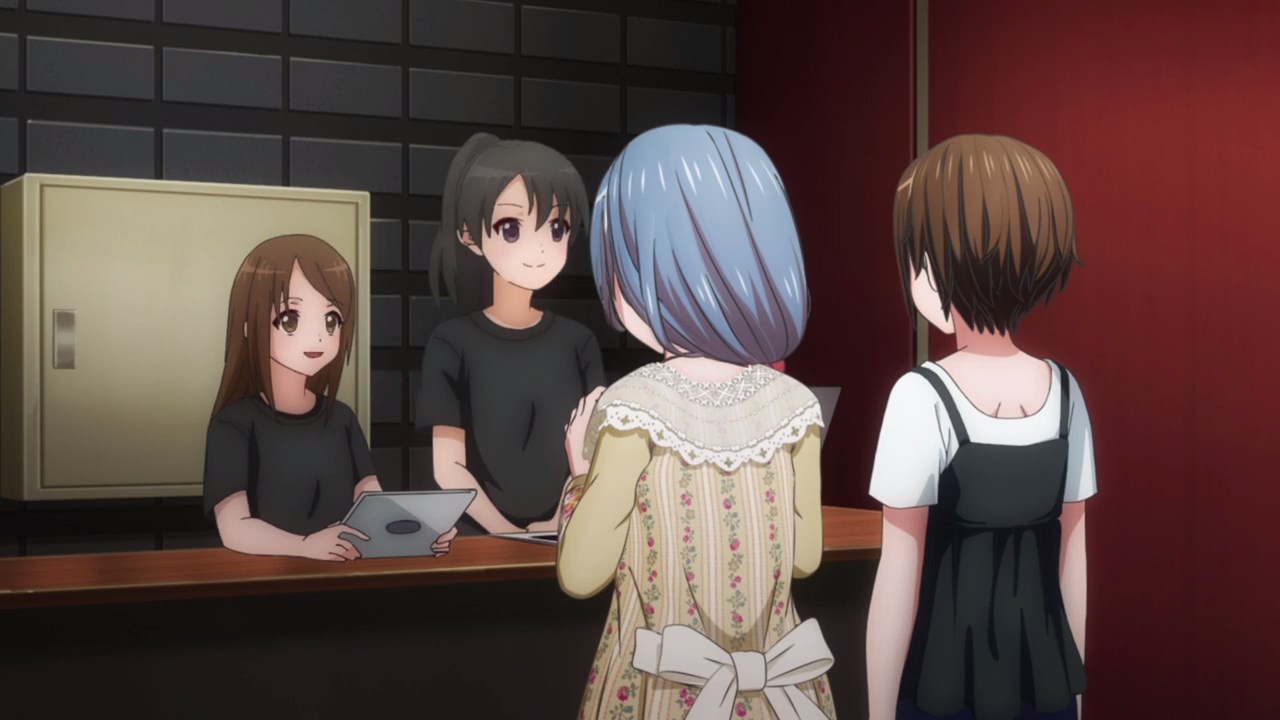 Now then, it’s time for the main event as the Dub Music Experiment live house will be lit as Roselia sponsors their own concert. Also, two patrons are here to watch the show. 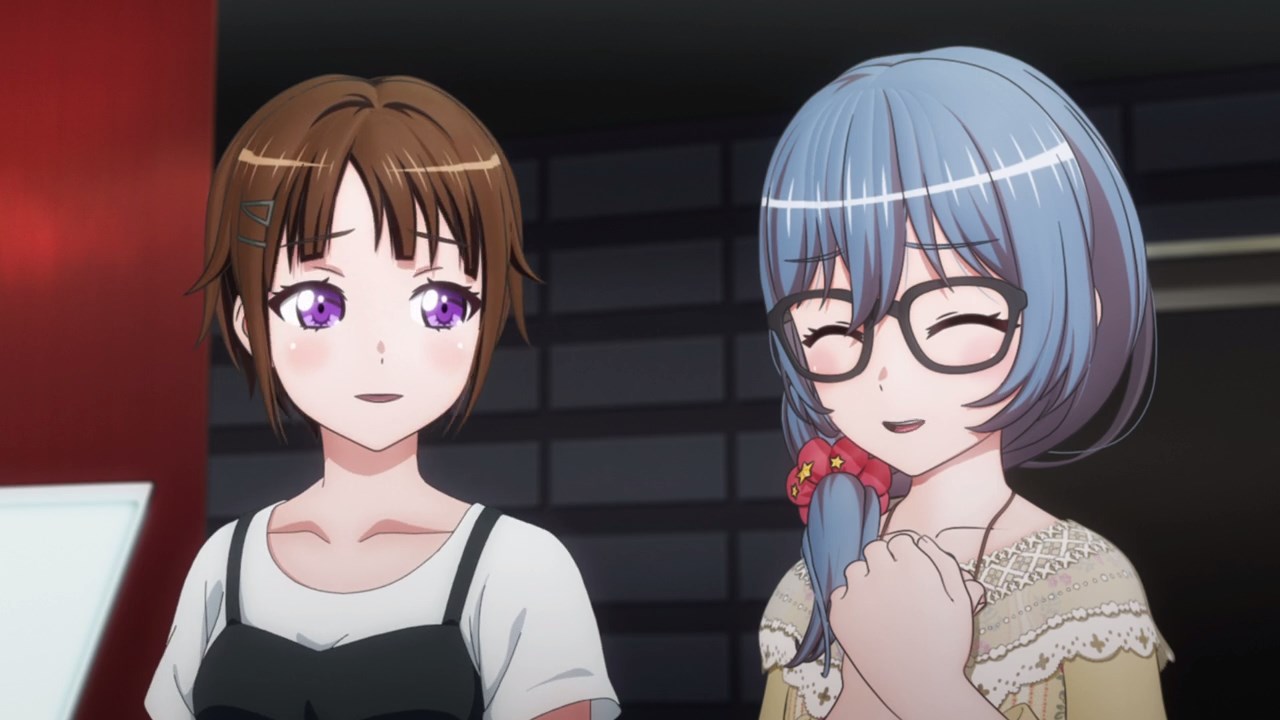 Anyways, this is both Asuka Toyama and Rokka Asahi who are actually classmates in Haneoka Girls’ Academy.

It’s been a long time since I last saw Kasumi’s sister but more importantly, I’m surprised that Rokka is here to see Poppin’ Party perform! 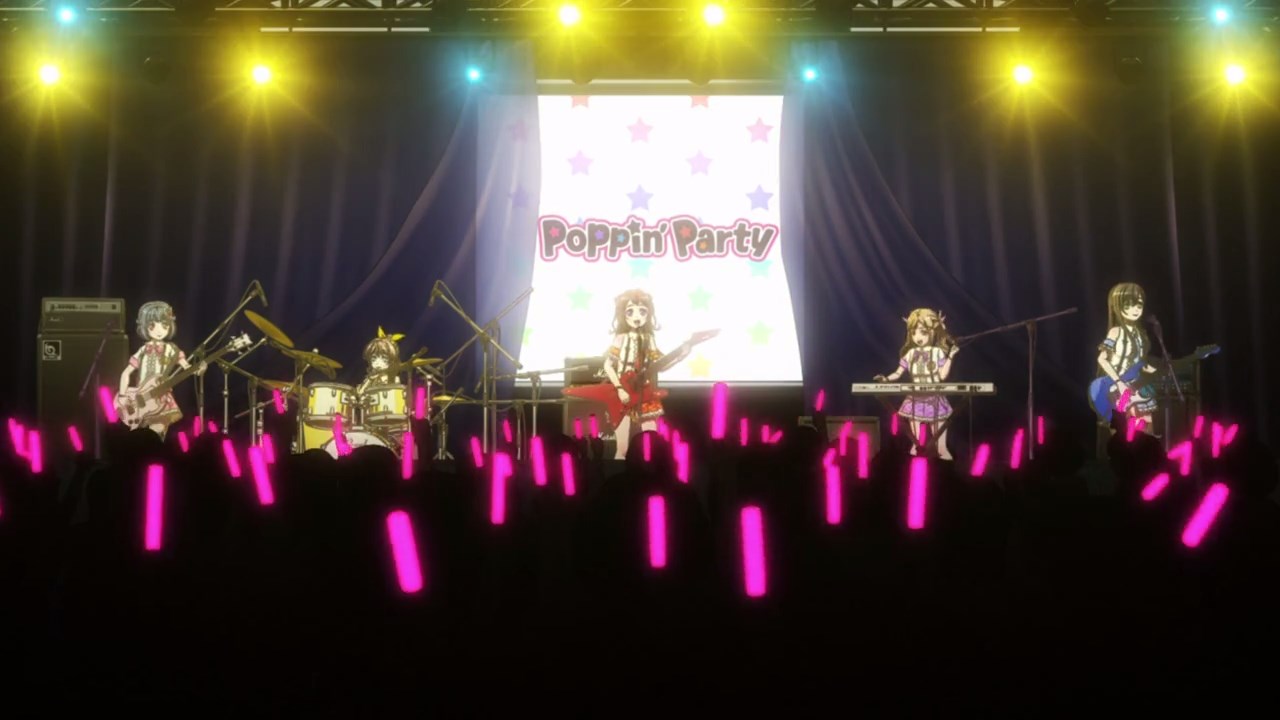 Now let’s start the program with Poppin’ Party as Kasumi Toyama and the rest did well, but most of the patrons are here to see the main event… 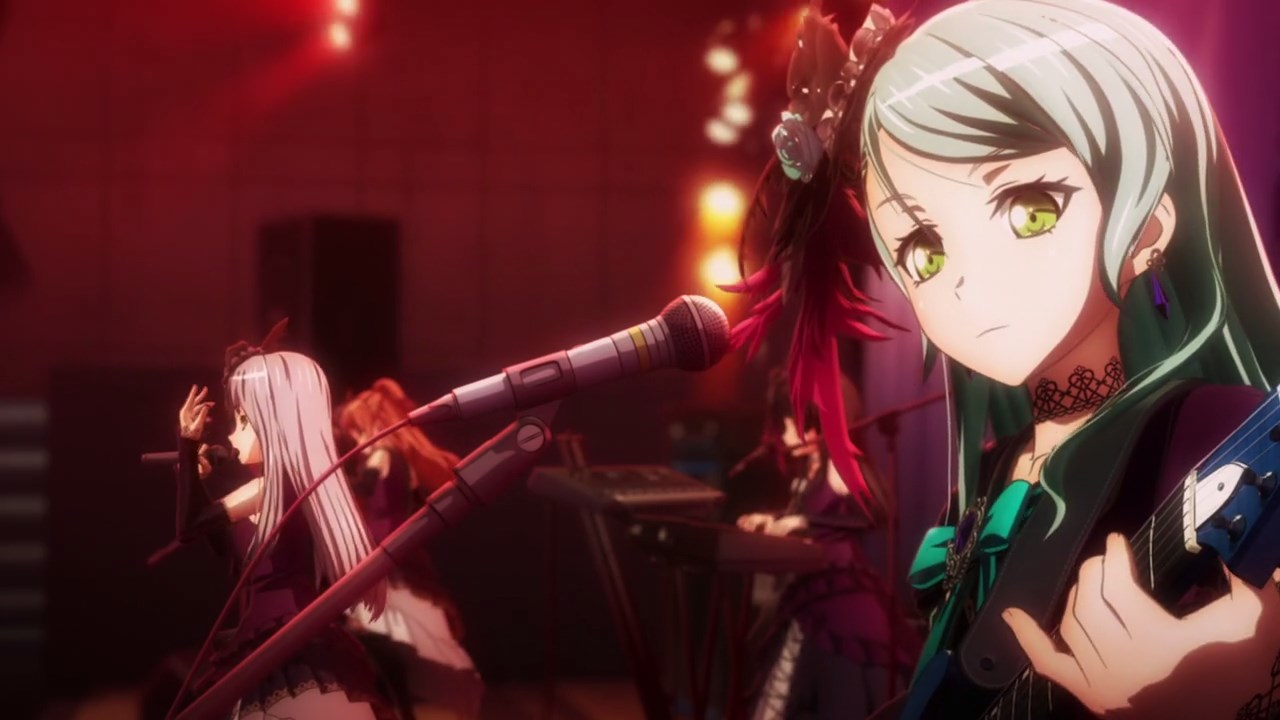 …which is obviously Roselia as they performed “BLACK SHOUT”, their first single and it’s probably the most popular songs in Roselia’s discography. 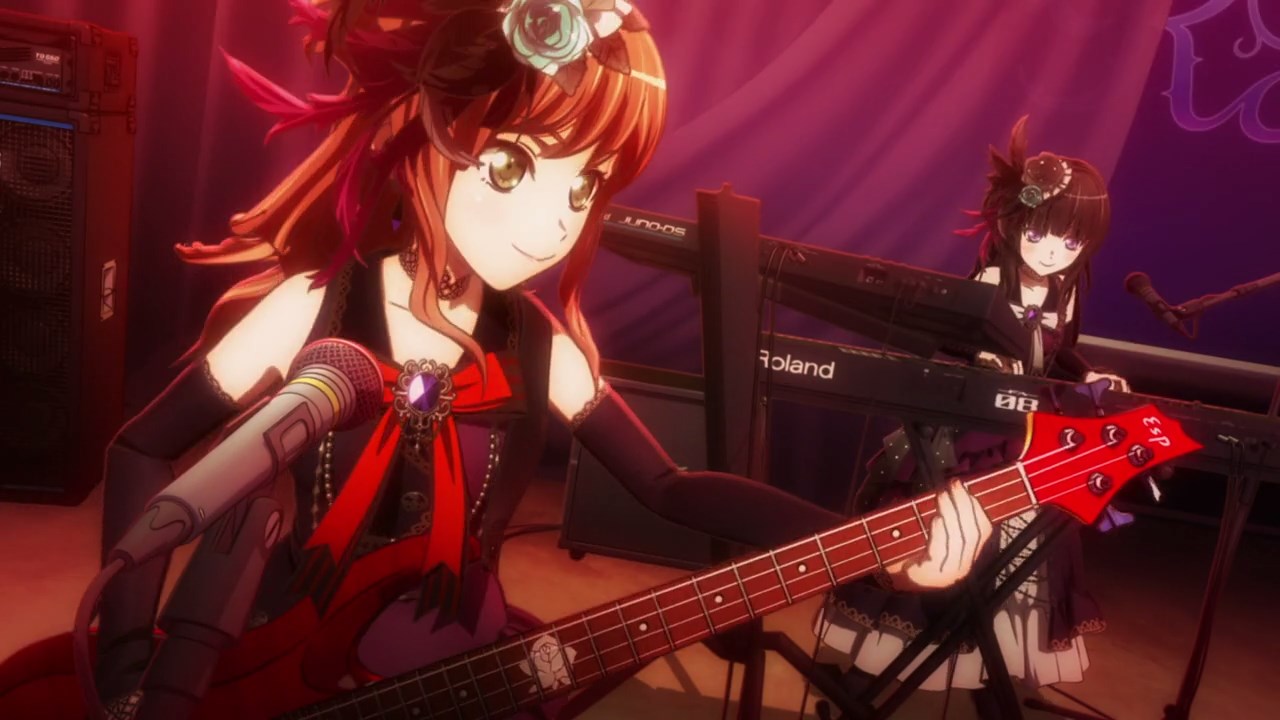 Combined with Yukina Minato’s powerful vocals and its high energy music from her fellow members like Sayo Hikawa, this song rocks! There’s nothing to say about “BLACK SHOUT” because it’s so intense! 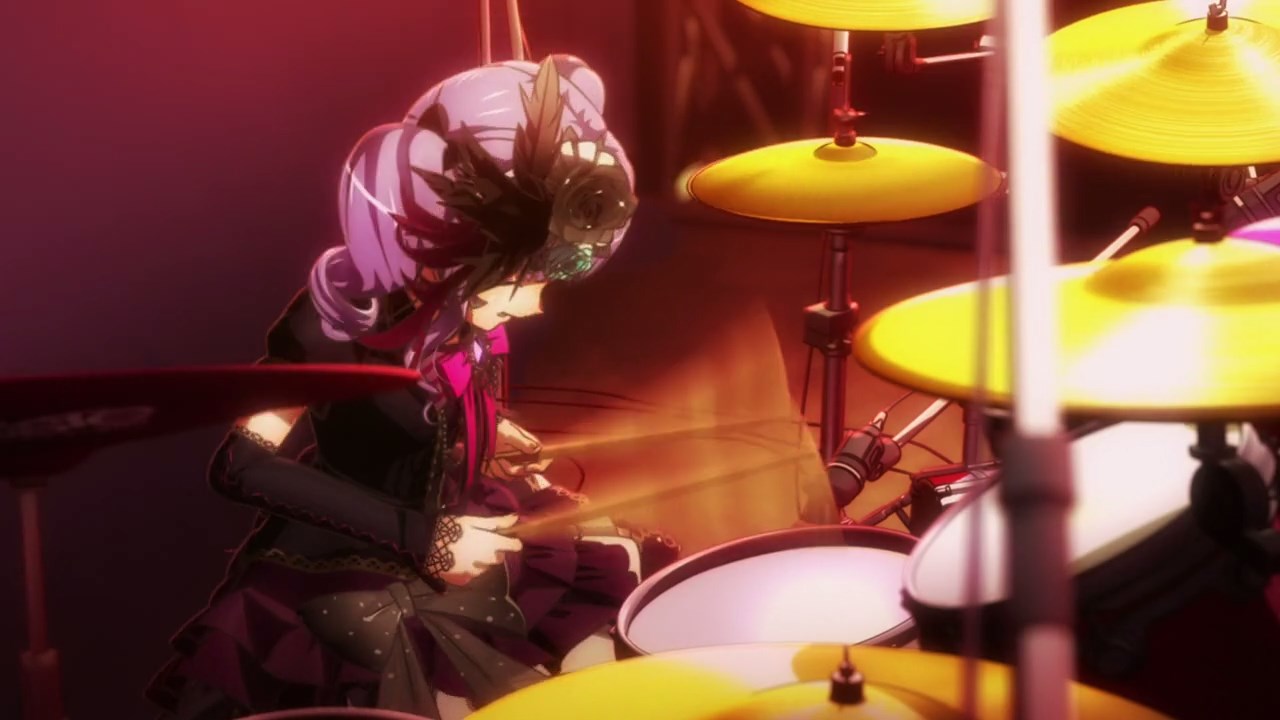 In any case, Roselia’s concert was a success and really, their song “BLACK SHOUT” is oozing with immense dark power, leaving everyone overwhelmed as they’re satisfied with their perfect performance. 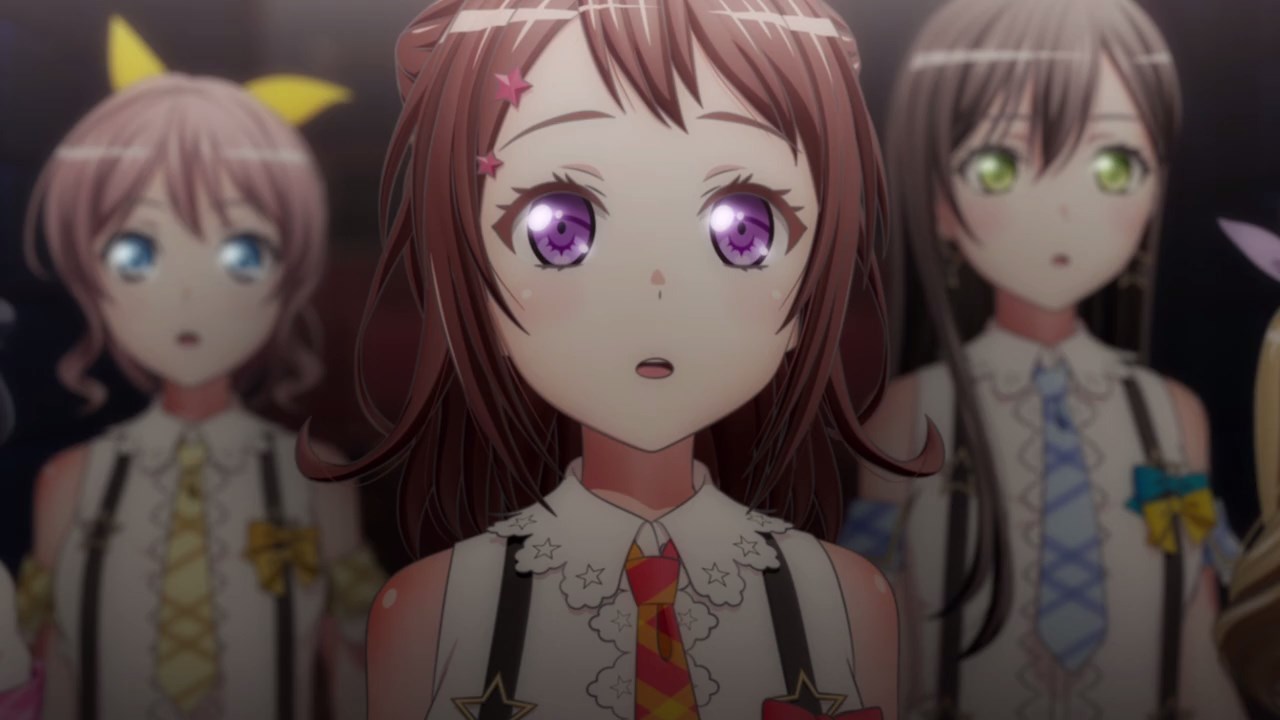 For Poppin’ Party, they’re in awe as the level between them and Roselia is quite high, so much that Yukina told Kasumi and her friends that they can’t do their own self-sponsored concert yet.

Sure that what Minato said is harsh, but that’s the reality when you have a popular girls’ band who strives to aim the top. 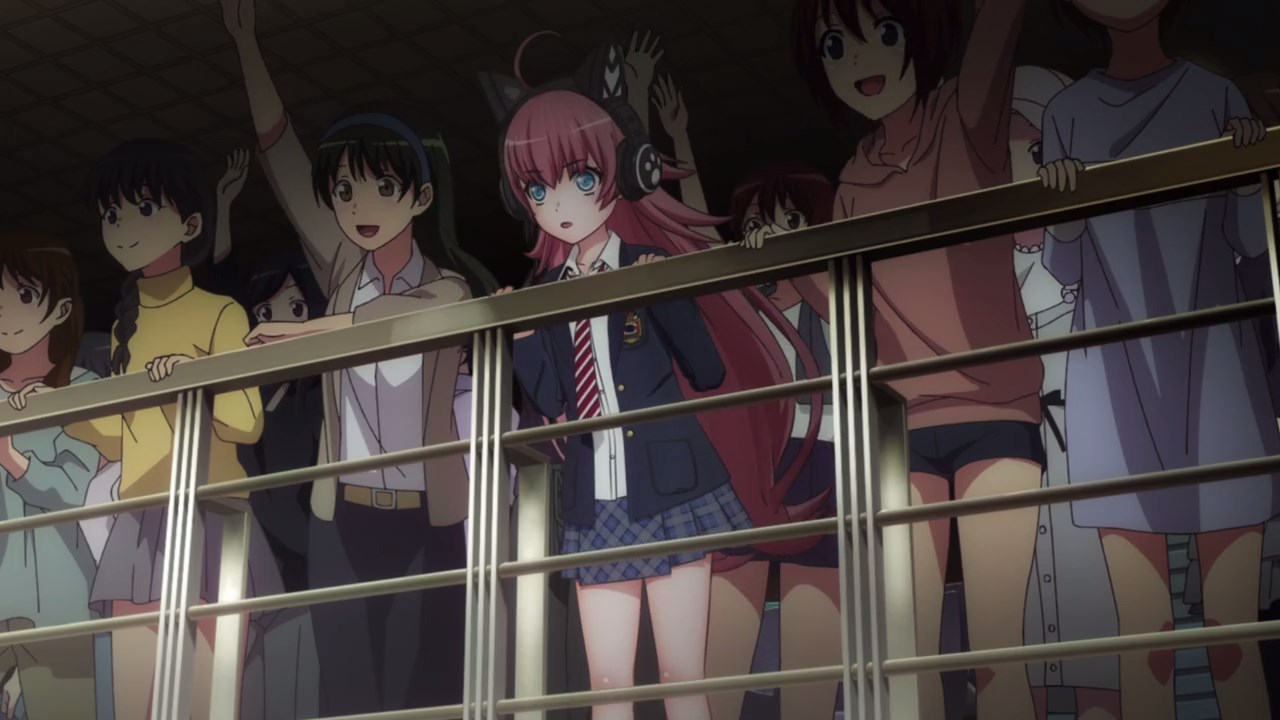 One last thing, seems that someone is watching Roselia’s performance and got her thinking “Hey, I can do that too!” as I’ll end this episode right here.

While I’ll see this girl again in the future, I think it’s time for Kasumi Toyama and her friends to up their game if they want to aim higher.