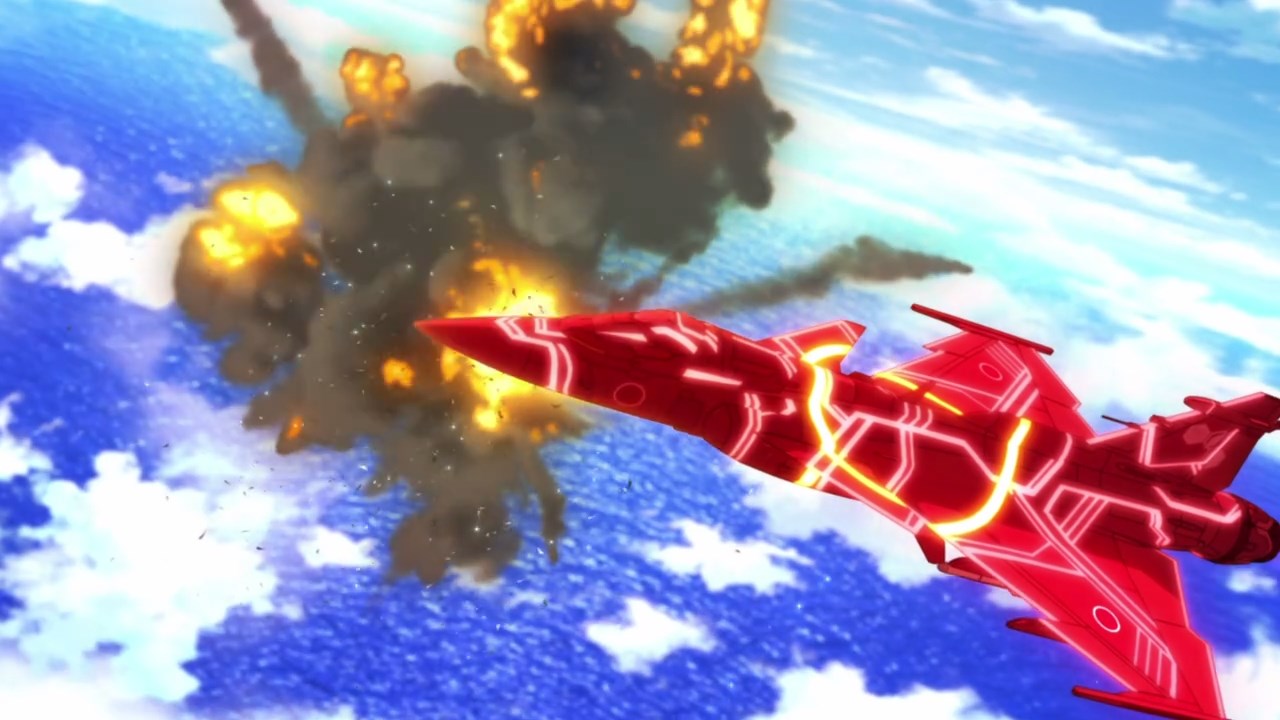 Well everyone, looks like Satelight has something to show us this Winter 2018: Cute girls piloting fighter airplanes! But wait, where are the girls if you may ask? You’ll soon find out.

Anyways, this is Girly Air Force where you have specially-designed fighter planes called daughters fighting against a mysterious army called Xi. One of them is the JAS39 Gripen as it shot down a Xi aircraft. 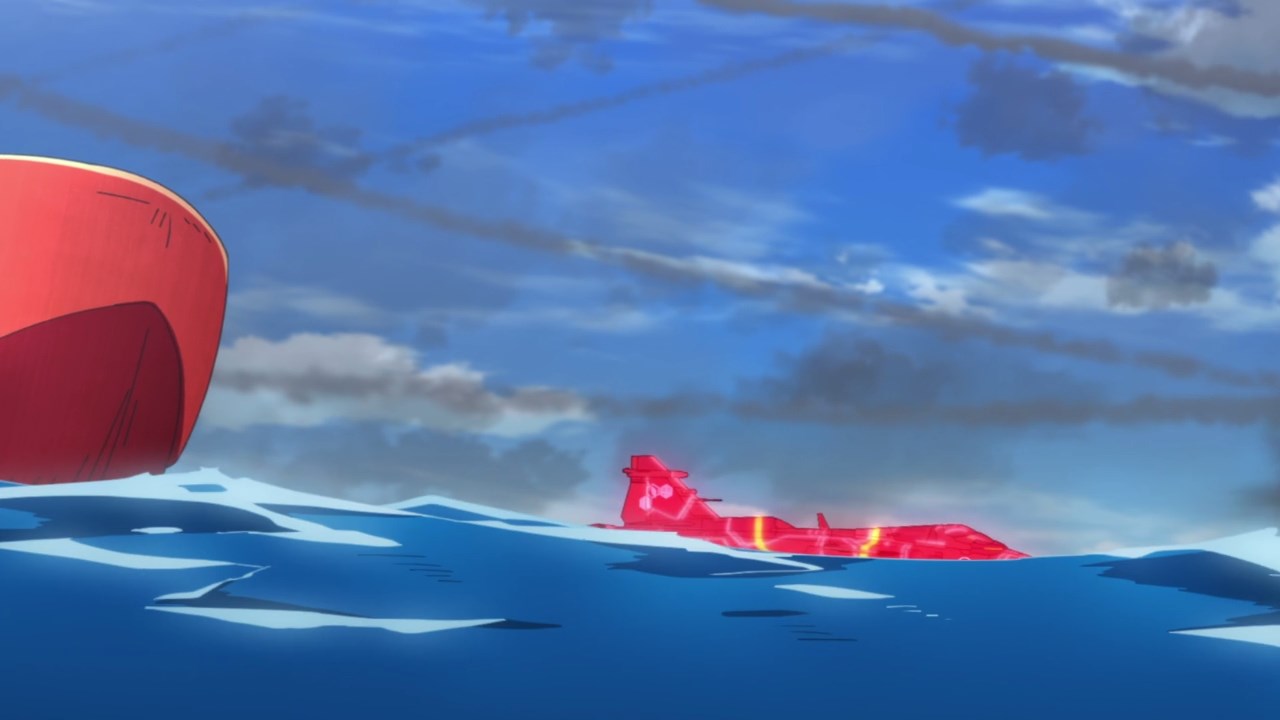 But afterwards, the Gripen went down as its engines stopped abruptly. Everyone couldn’t help but watch as the airplane is about to sink down towards the bottom of the sea. 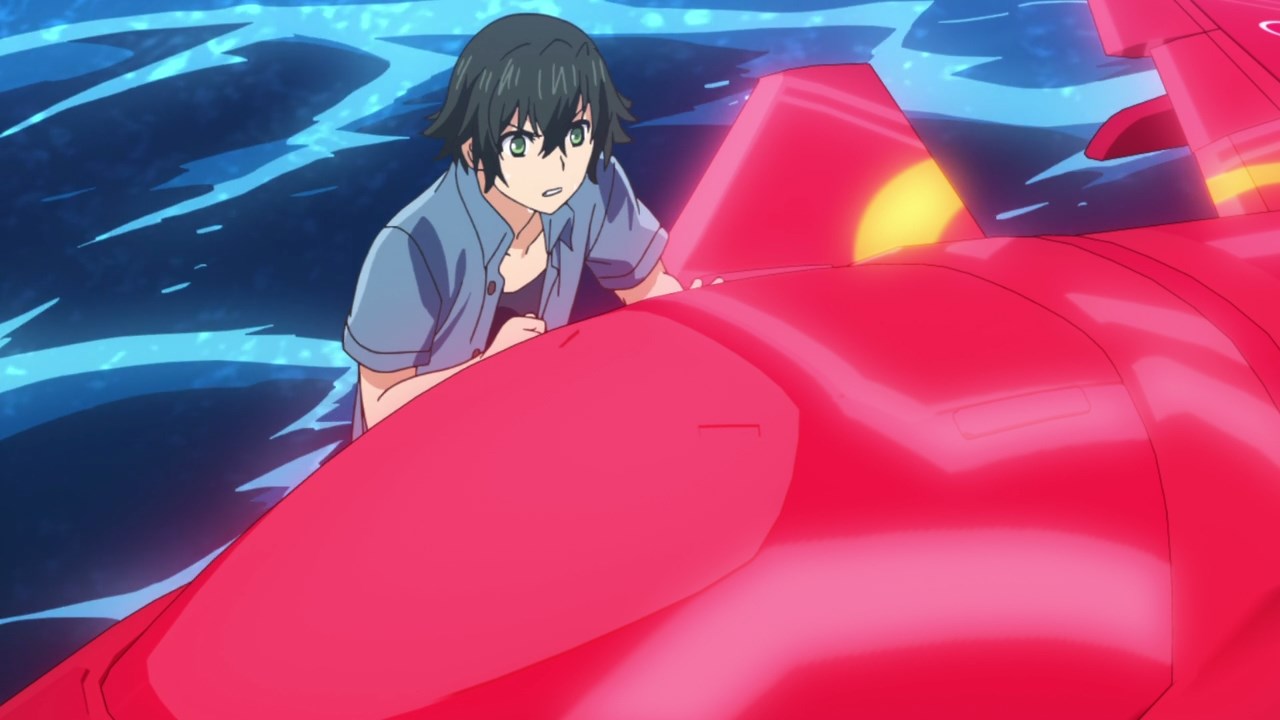 Well, except for this guy named Kei Narutani as he swam towards the aircraft and tries to open the cockpit in order to rescue its pilot. 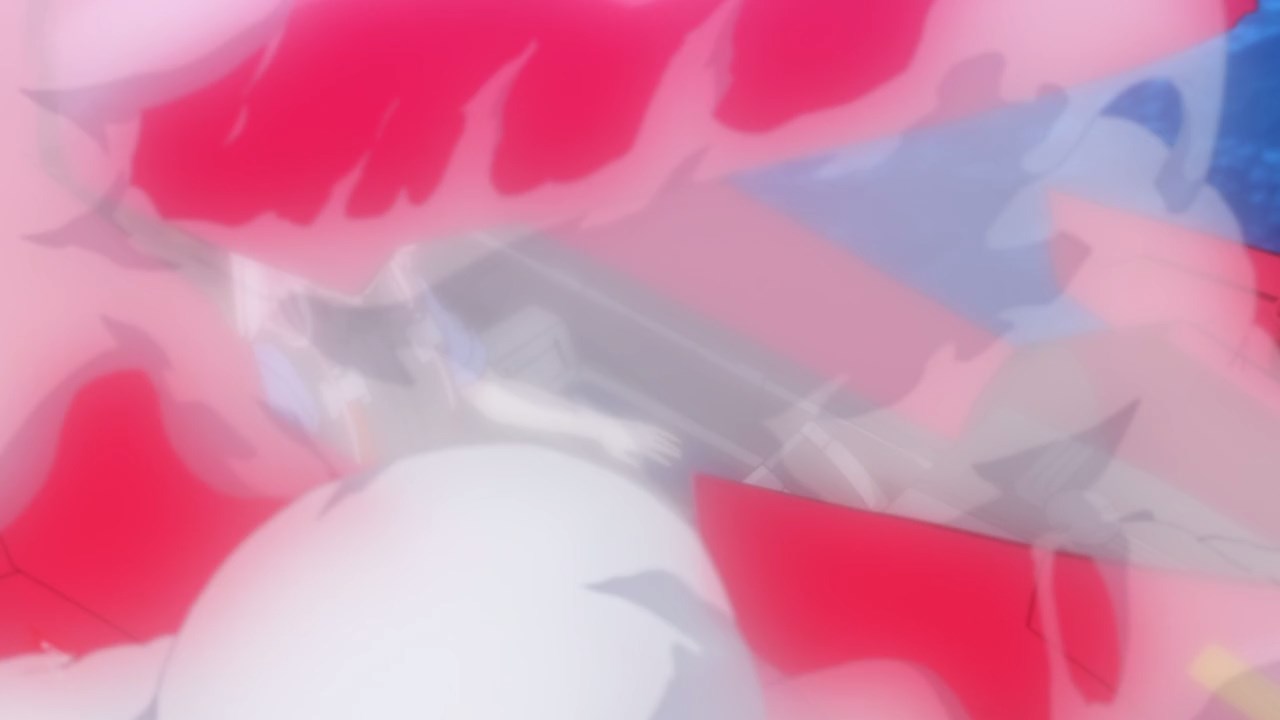 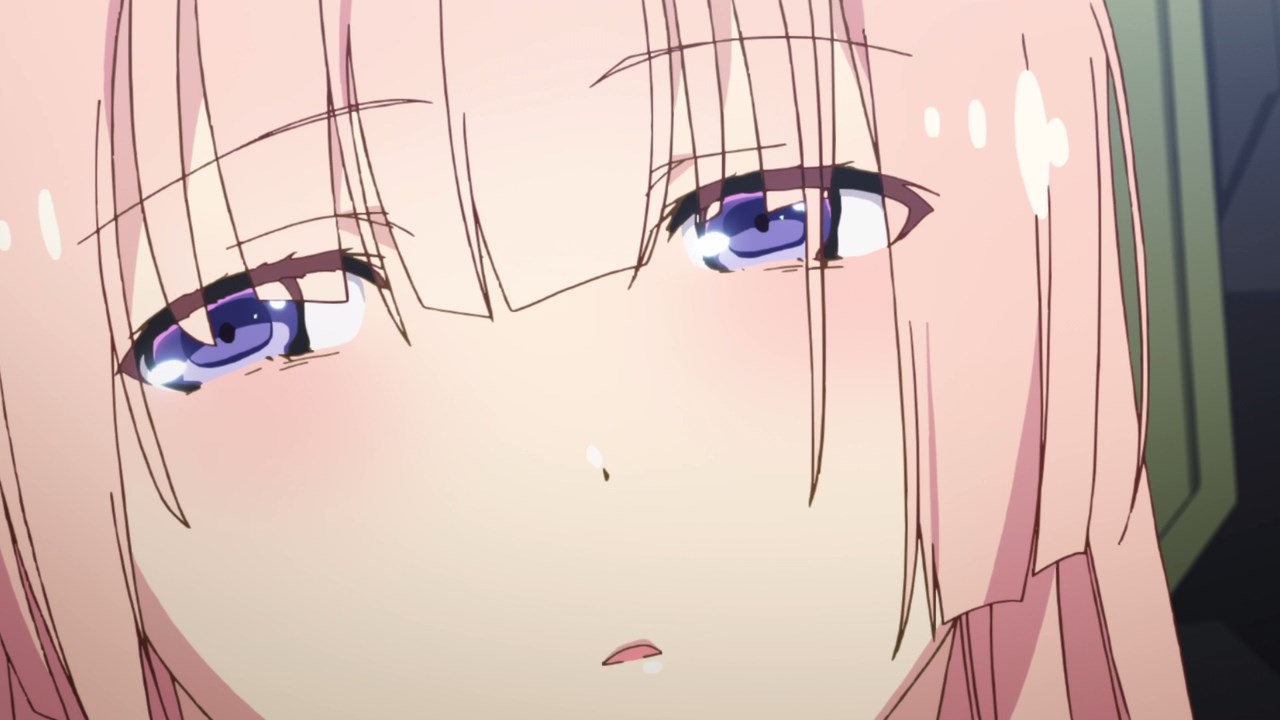 Then again, the cockpit opens automatically as the pilot revealed to be a long-haired girl.

Well everyone, there’s your answer as this show has cute girls piloting fighter airplanes! 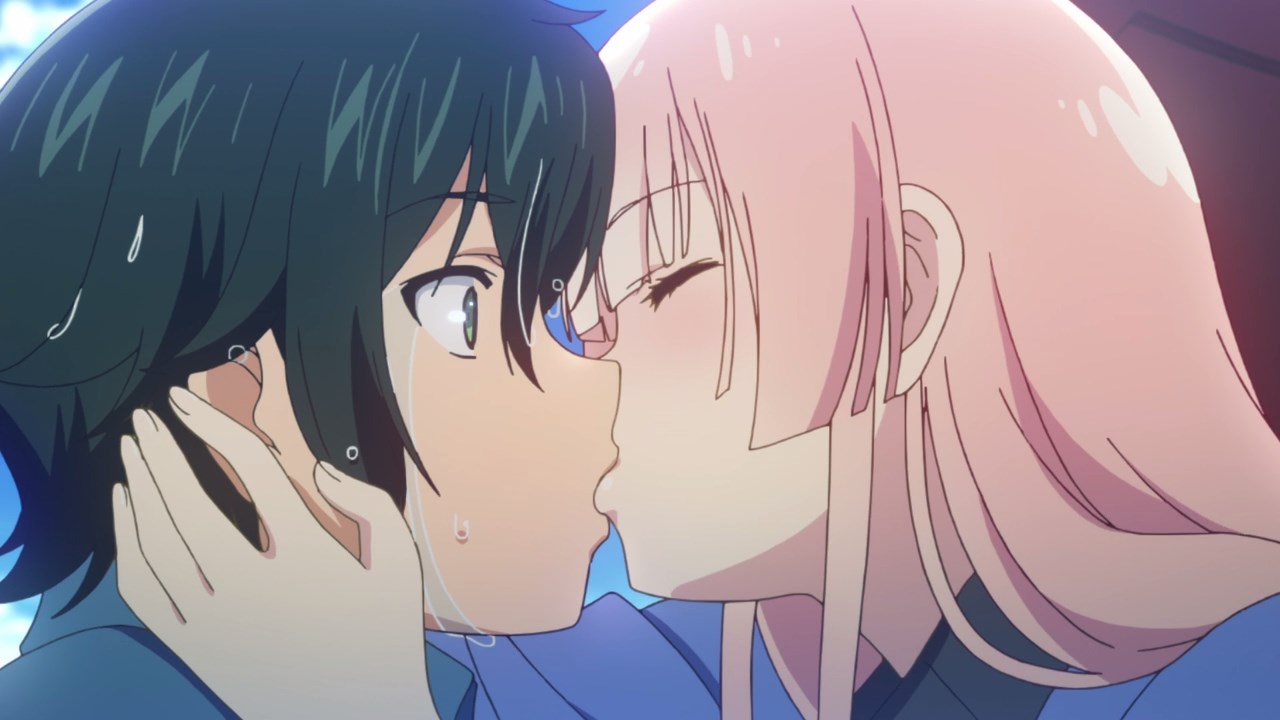 Oh and it appears that this girl kissed Kei out of the blue. There goes his first kiss but anyways, Narutani went back to Japan safe and sound together with his childhood friend. 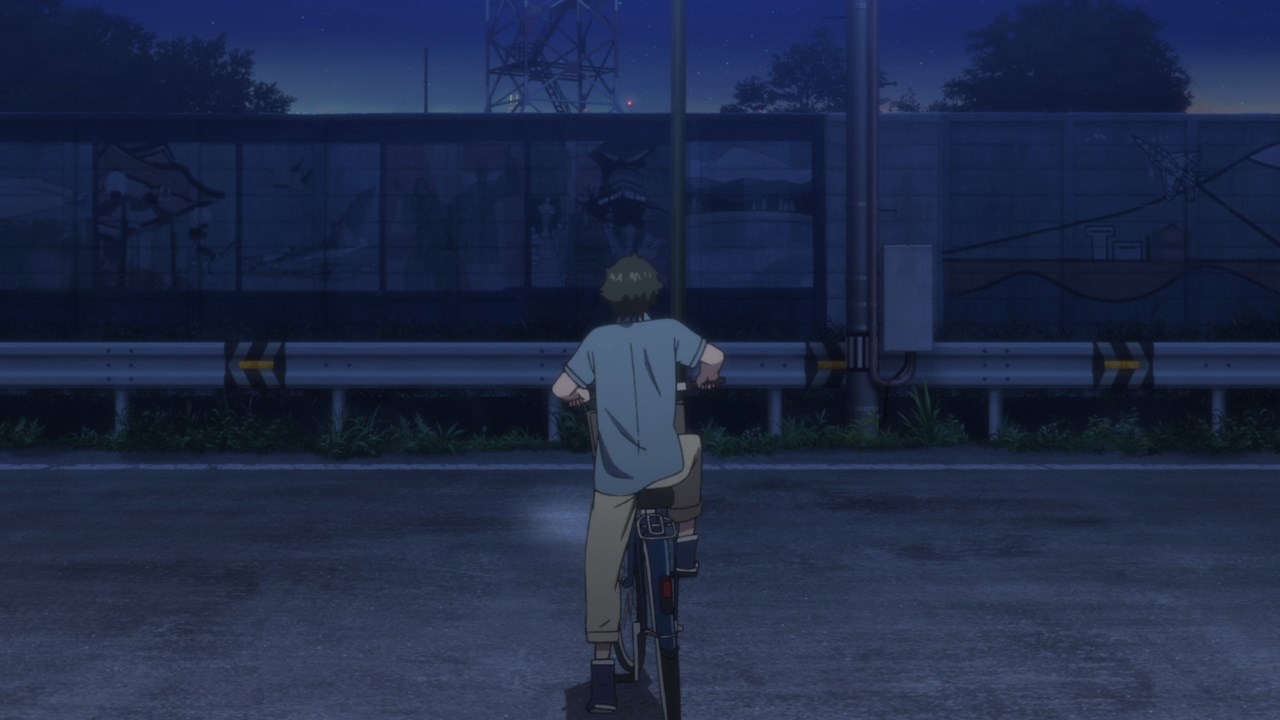 However, he couldn’t get off his mind towards the red-colored aircraft as Kei Narutani went to the Komatsu Base at night in order to see it again. 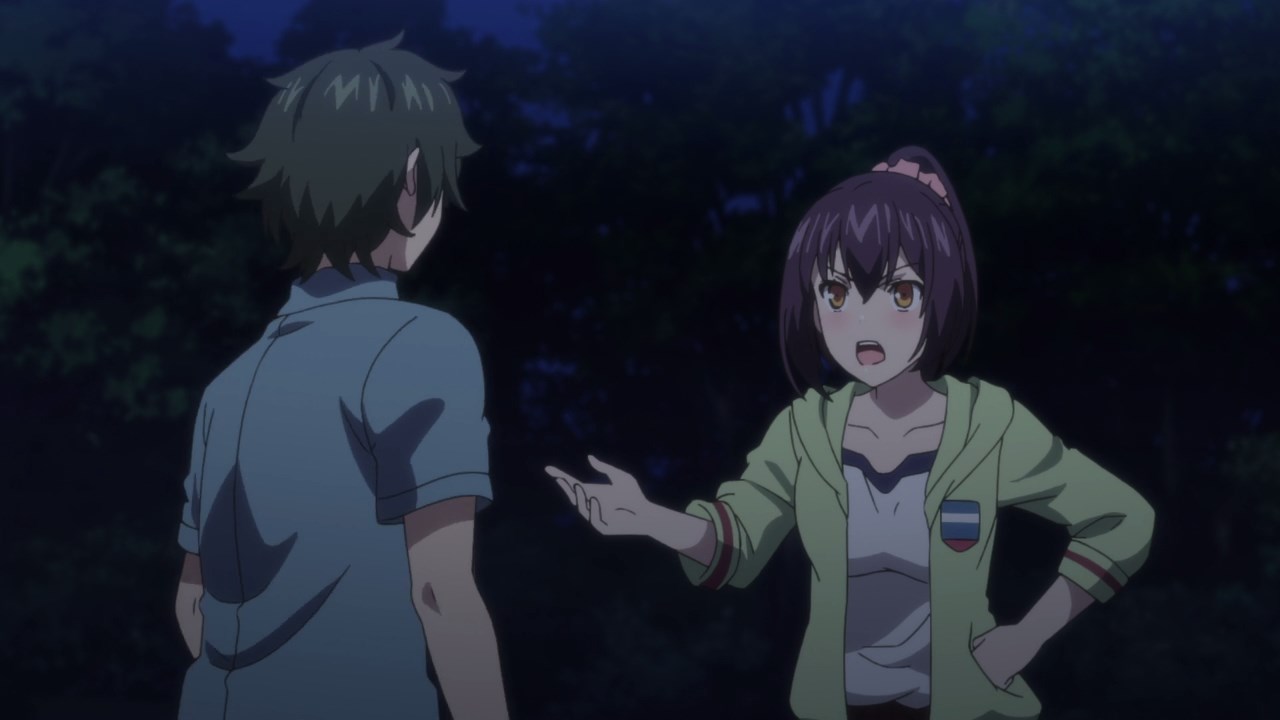 Then again, Narutani was stopped by his childhood friend Song Minghua, which she wants him to return home because Minghua is worried that he might die in battle if Narutani signed up for the military.

While I understand that Song Minghua doesn’t want to lose Kei Narutani because she’s the only person to talk with during her stay in Japan, all I can say is that Kei Narutani is so goddamn stubborn as it turns out that he wants to avenge his mother’s death. 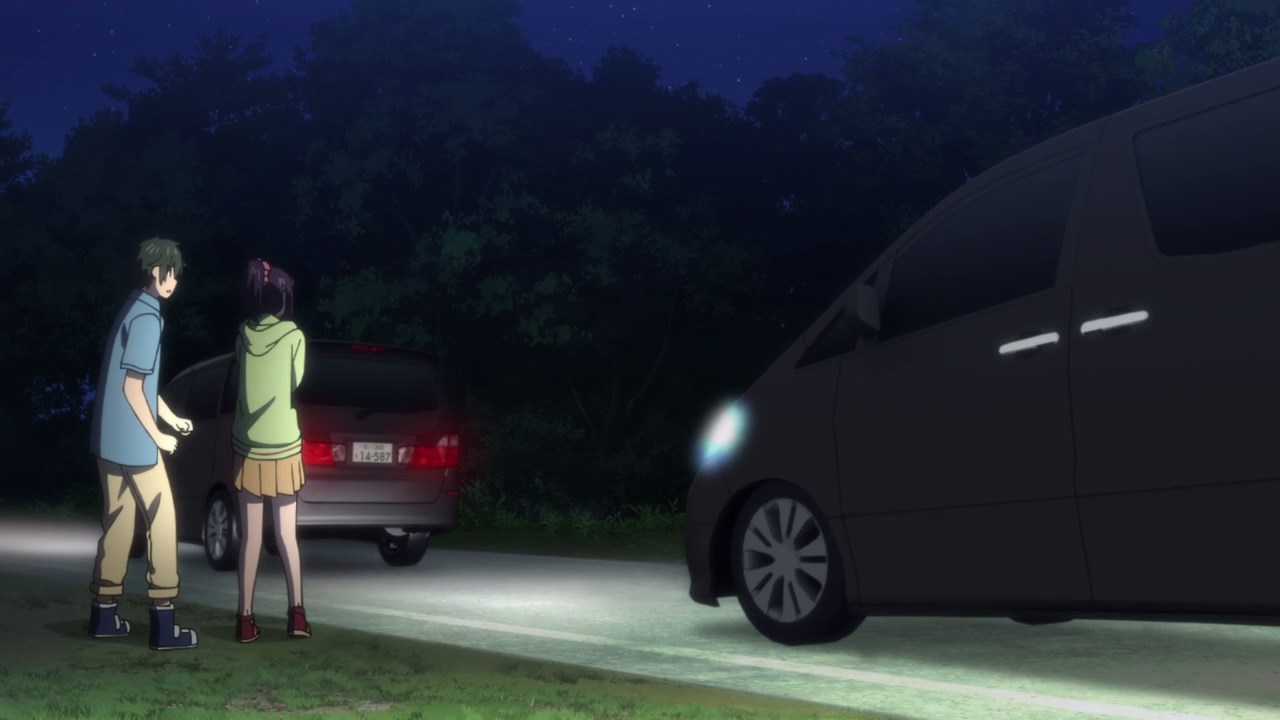 Unfortunately, their quarrel will be interrupted when two black vans appeared out of nowhere. 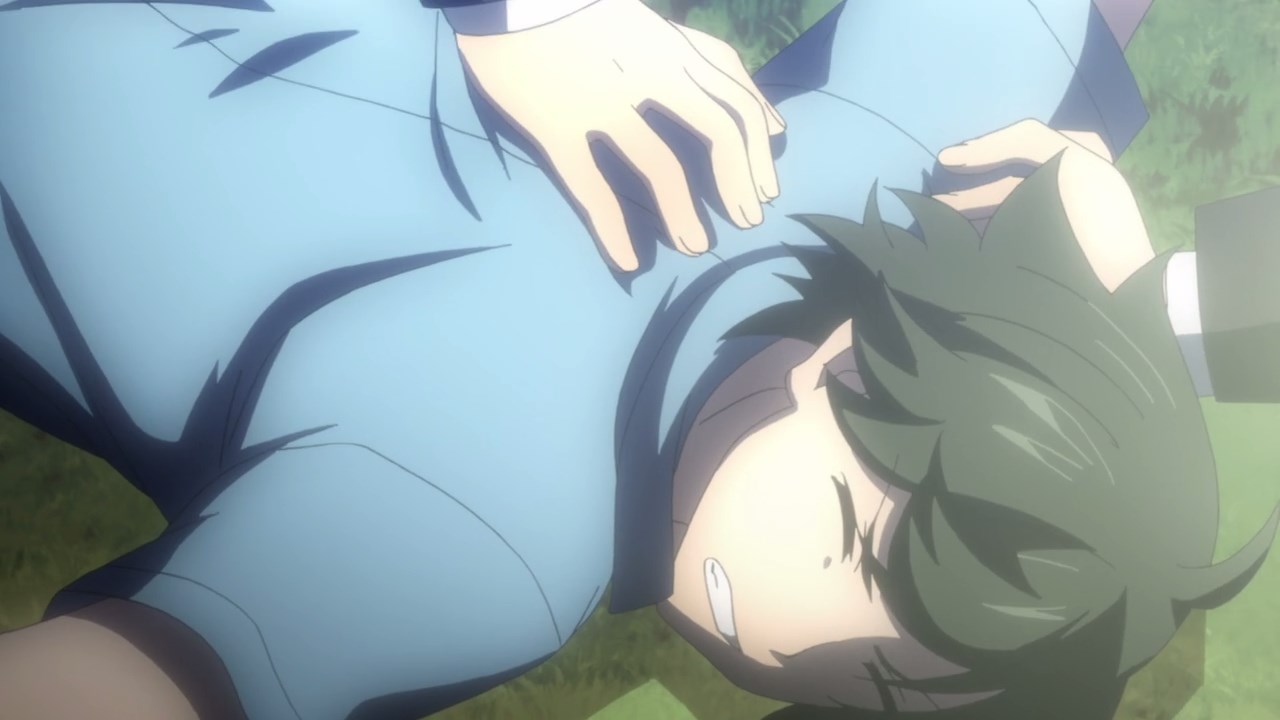 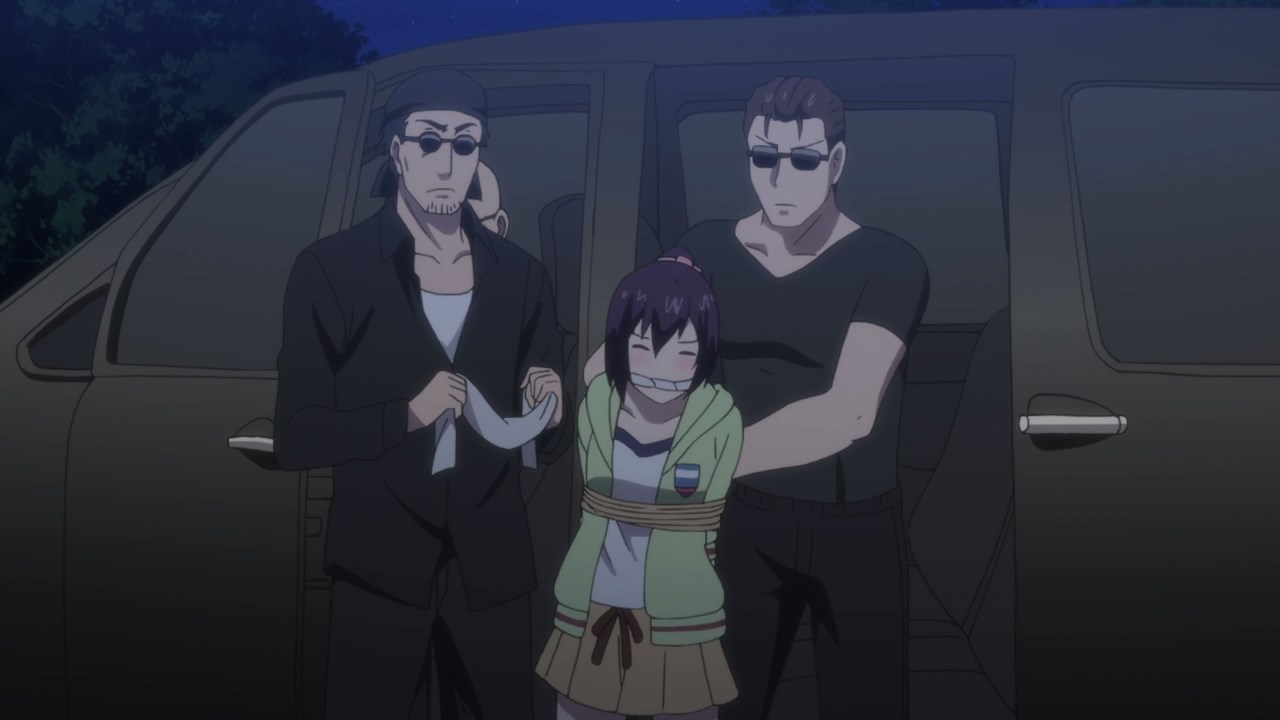 And not only that, both Kei Narutani and Song Minghua got captured by mysterious men, tied up and blindfolded, and then transported to an undisclosed location where they’ll be interrogated by someone else. 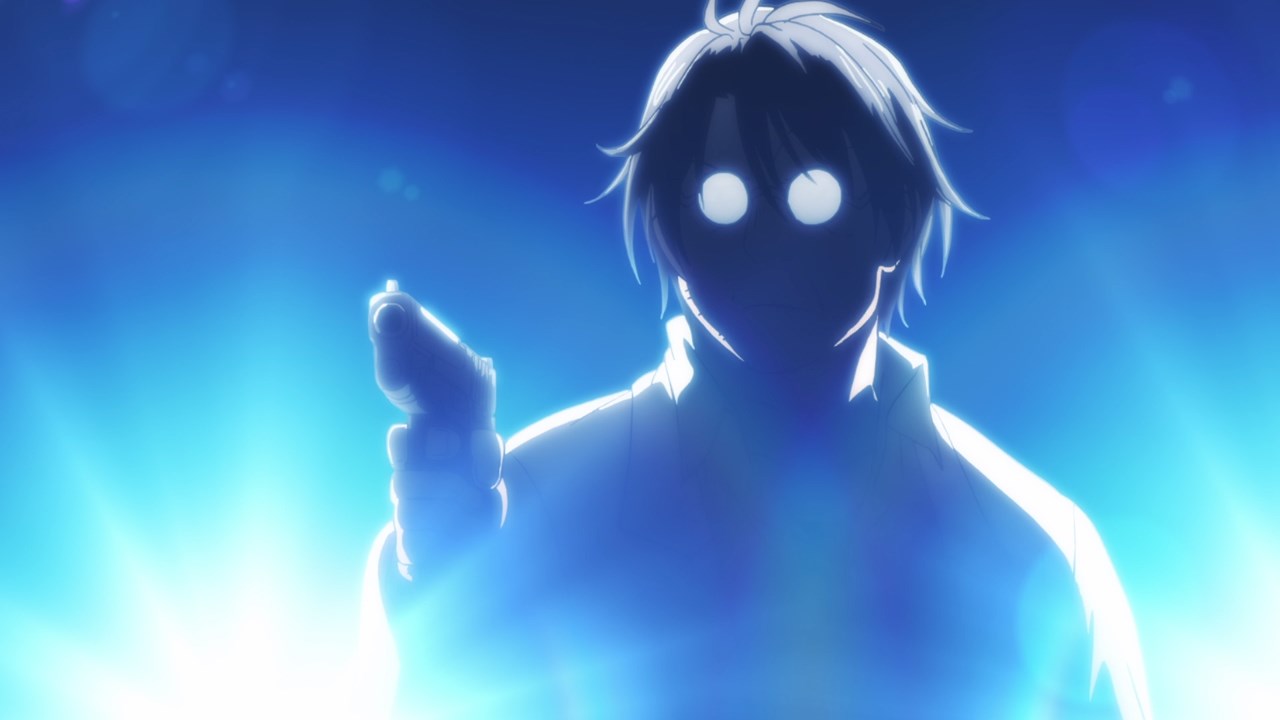 Someone like this guy in which he asked Narutani some questions on why he went to Komatsu Base and what’s his purpose there.

Gotta say that this guy suspects Kei of being a spy. Oh, and he’s gonna shoot Narutani if he doesn’t answer within 5 seconds. 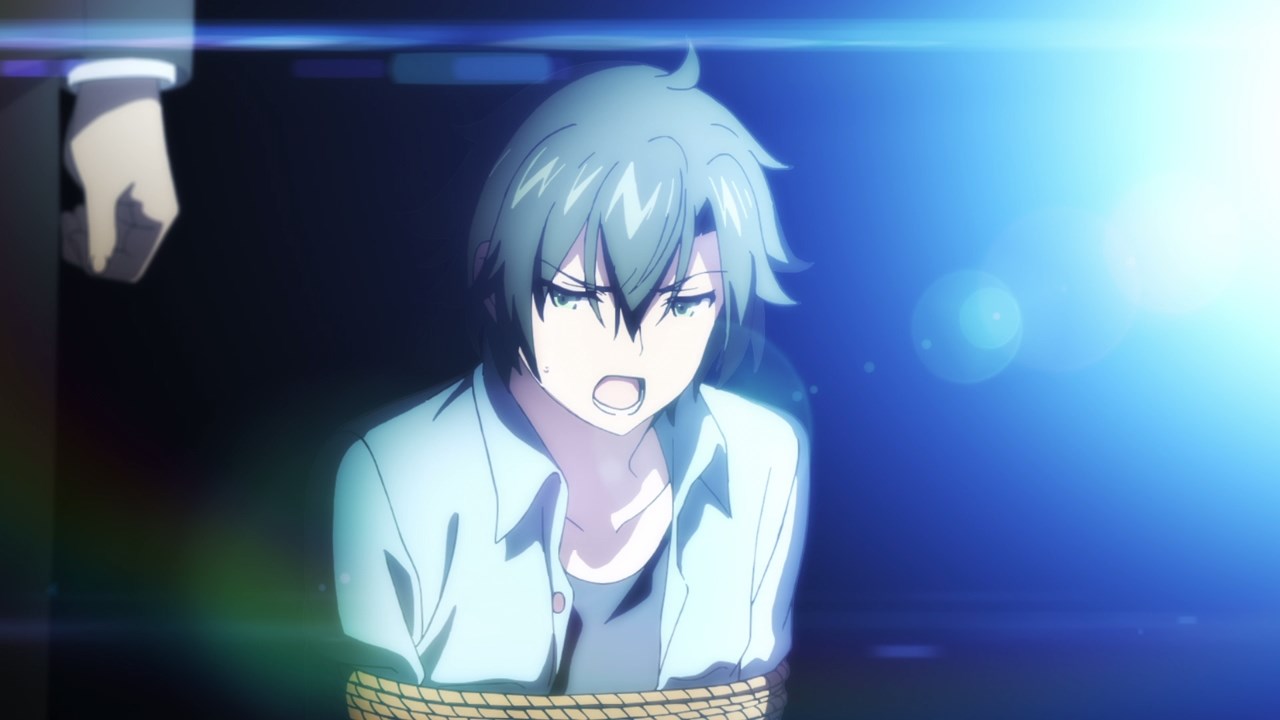 With that said, Kei Narutani told the person that he’s just walking together with his childhood friend. Then again, he doesn’t believe in Narutani’s words as he’s about to shoot him. 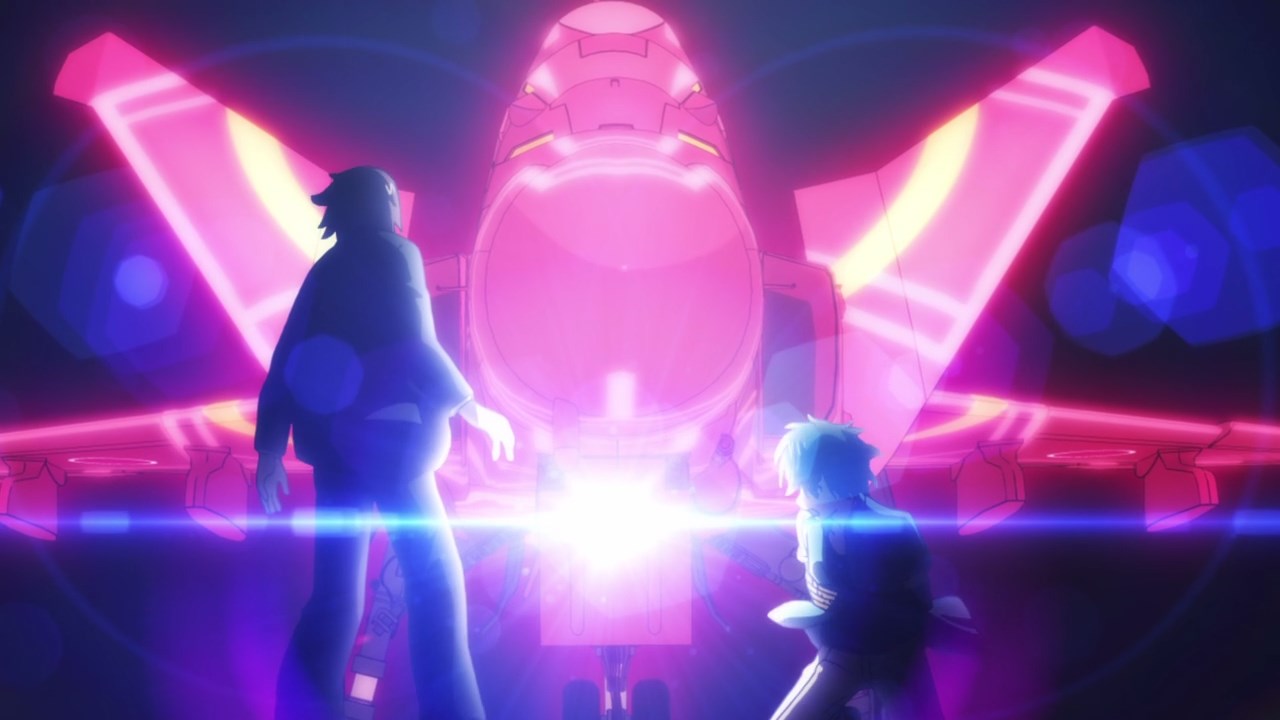 However, it appears that the red-colored JAS39 Gripen fighter plane wants to intervene as it doesn’t want Kei Narutani to be killed off by some random guy.

Gotta say that Narutani is saved by the bell… or rather the screaming sound of the airplane’s engine. 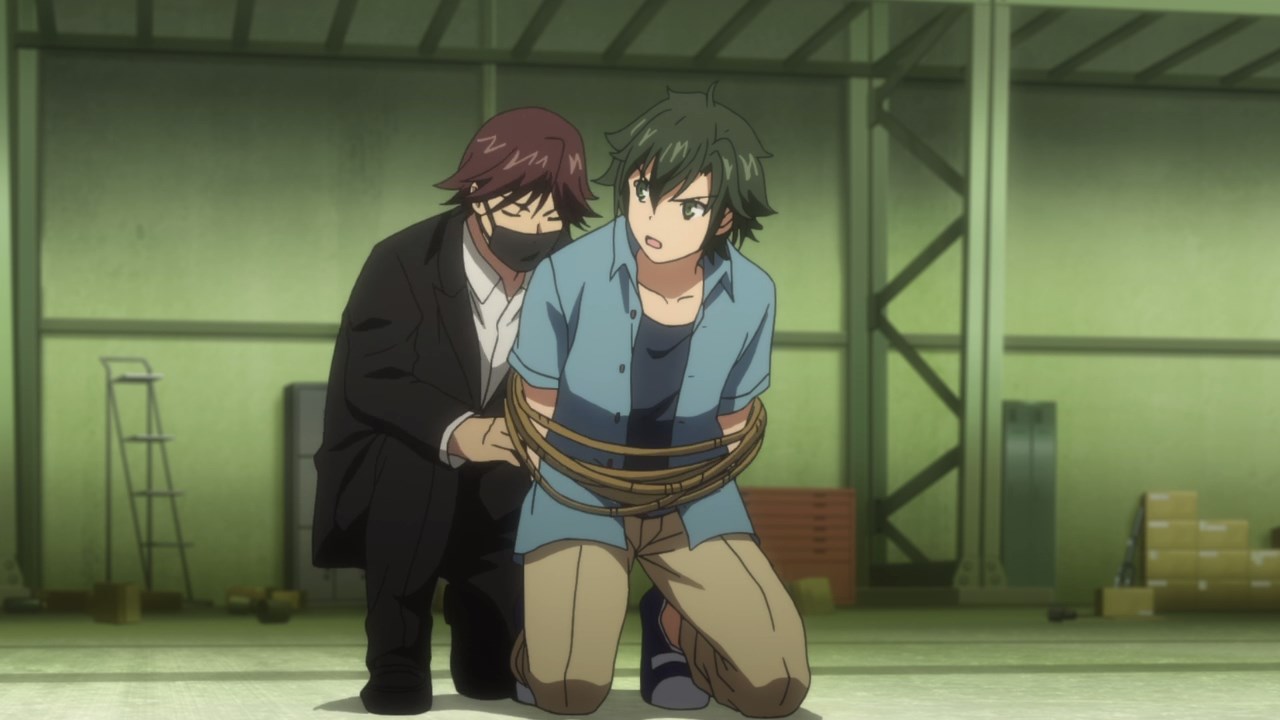 And so, Kei Narutani was released from being held captive. Oh and as for Song Minghua? She’s fine!

More importantly, seems that they won’t let Kei off the hook as the the guy with glasses will talk to Narutani without a gun pointing at him. 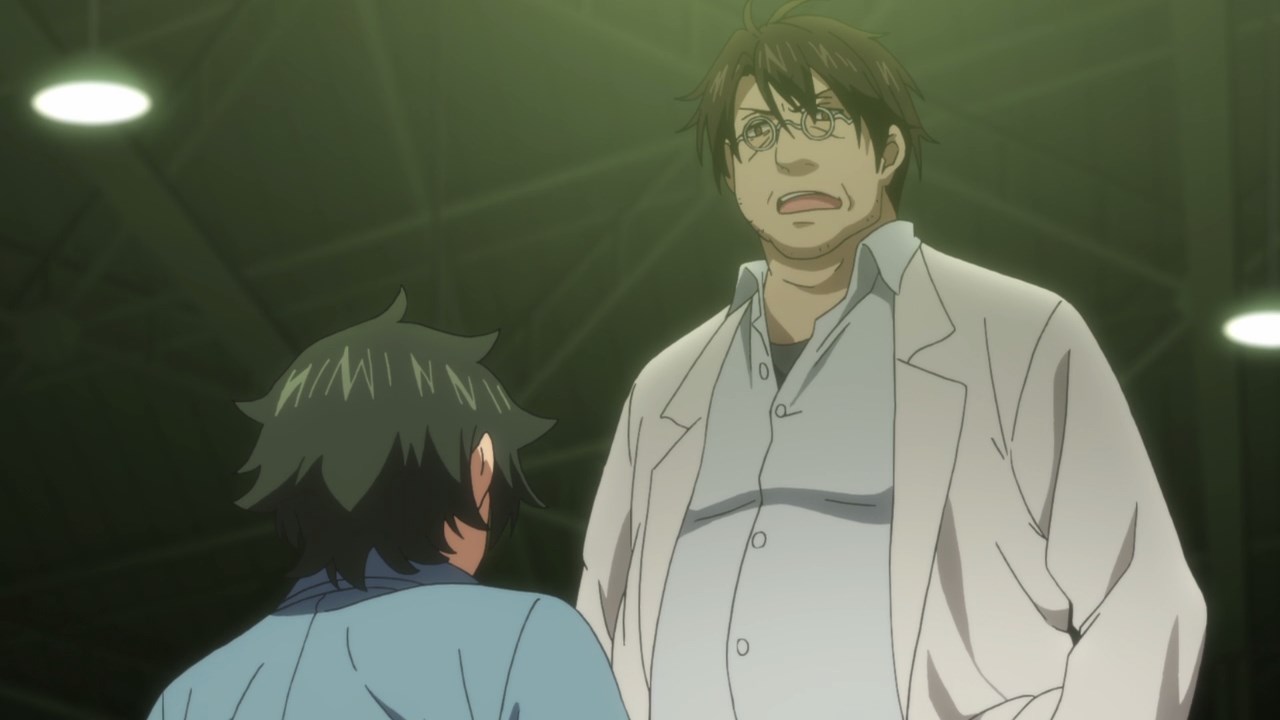 Anyways, this is Yashiodori who is the leading scientist from the Japan Air Self-Defense Force and the creator behind the daughter aircraft.

He explained to Kei Narutani that the formidable enemy known as Xi has advanced technology that it’s hard to imitate nor implement it on a large scale such as Highly Maneuverable Aircraft Technology and Electronic Perceptory Countermeasures. While these technologies are eventually applied to the daughter aircraft after some reverse engineering, I feel that the Xi technology came from extraterrestrials as it’s impossible for humans to use it.

In any case, Yashiodori is surprised that Kei Narutani is the one who stabilized one of the daughters after a rough maiden flight at the East China Sea. 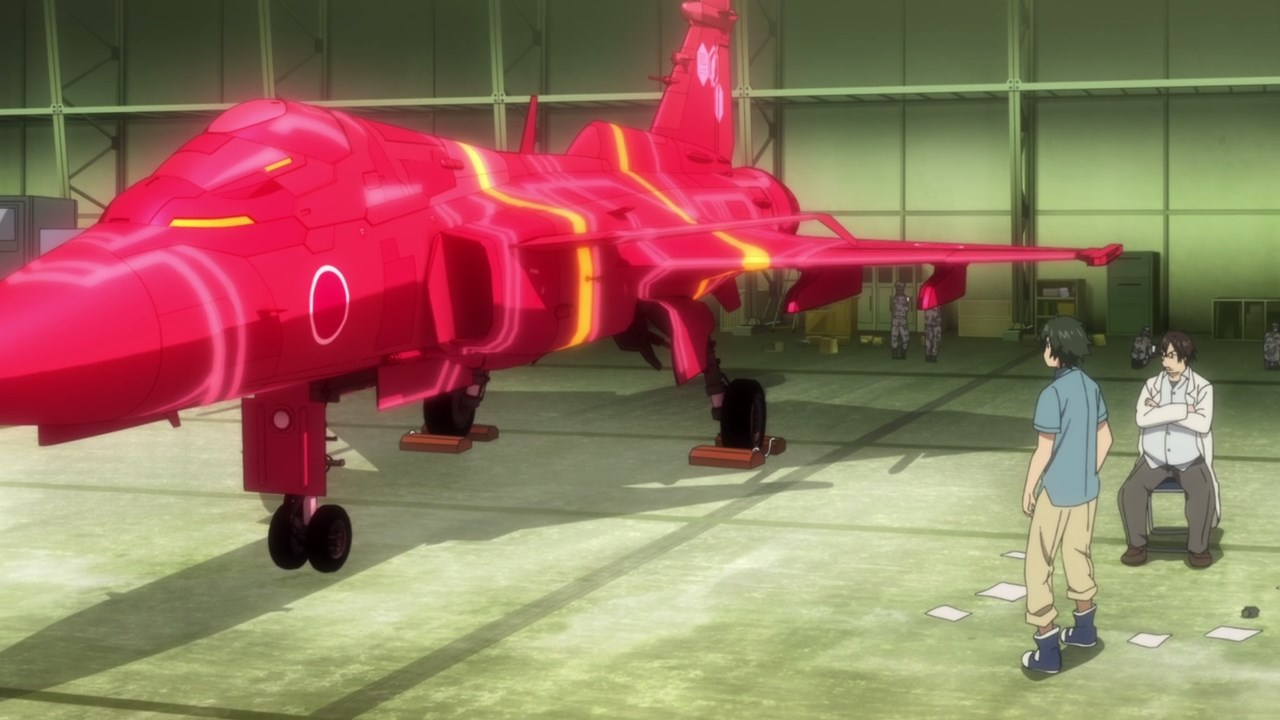 Oh yeah, he refers to the JAS39 Gripen as it’s the the plane that saved everyone from being killed off by the Xi. 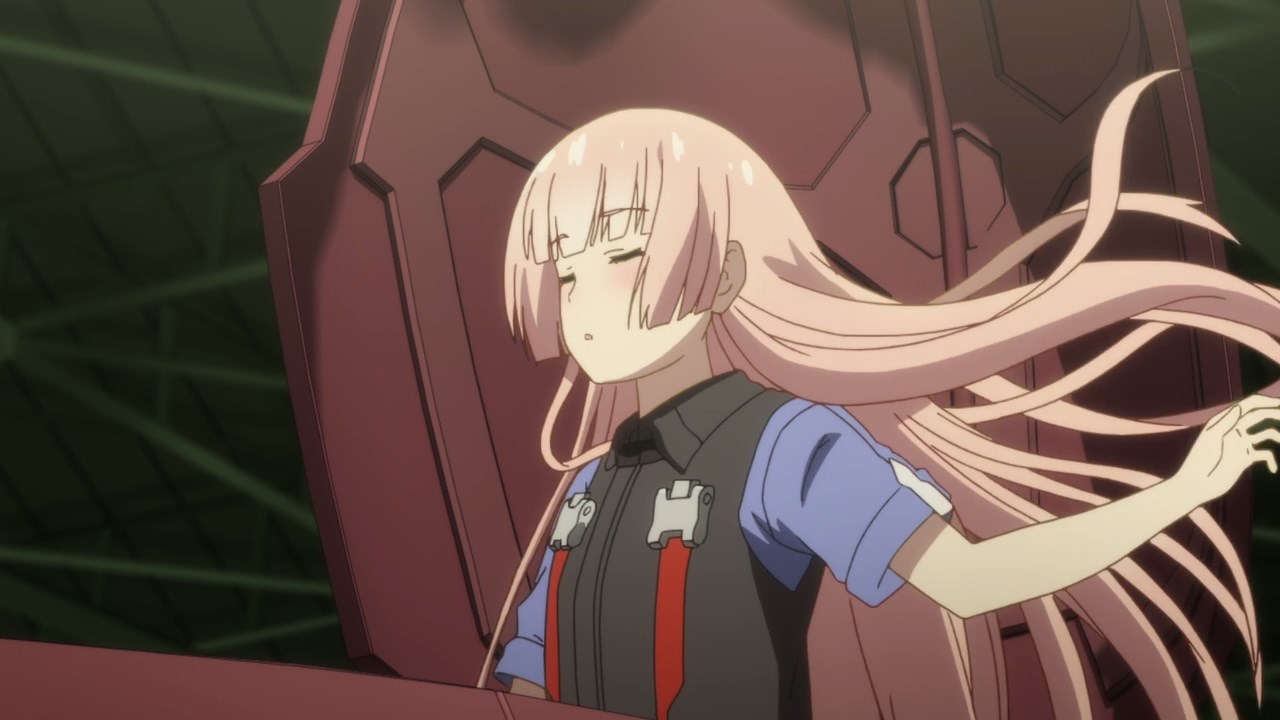 And here’s the pilot of the JAS39 Gripen, also named Gripen in which Yashiodori called her as Anima, specially-designed pilots with enhanced abilities that can go toe-to-toe against the mysterious army.