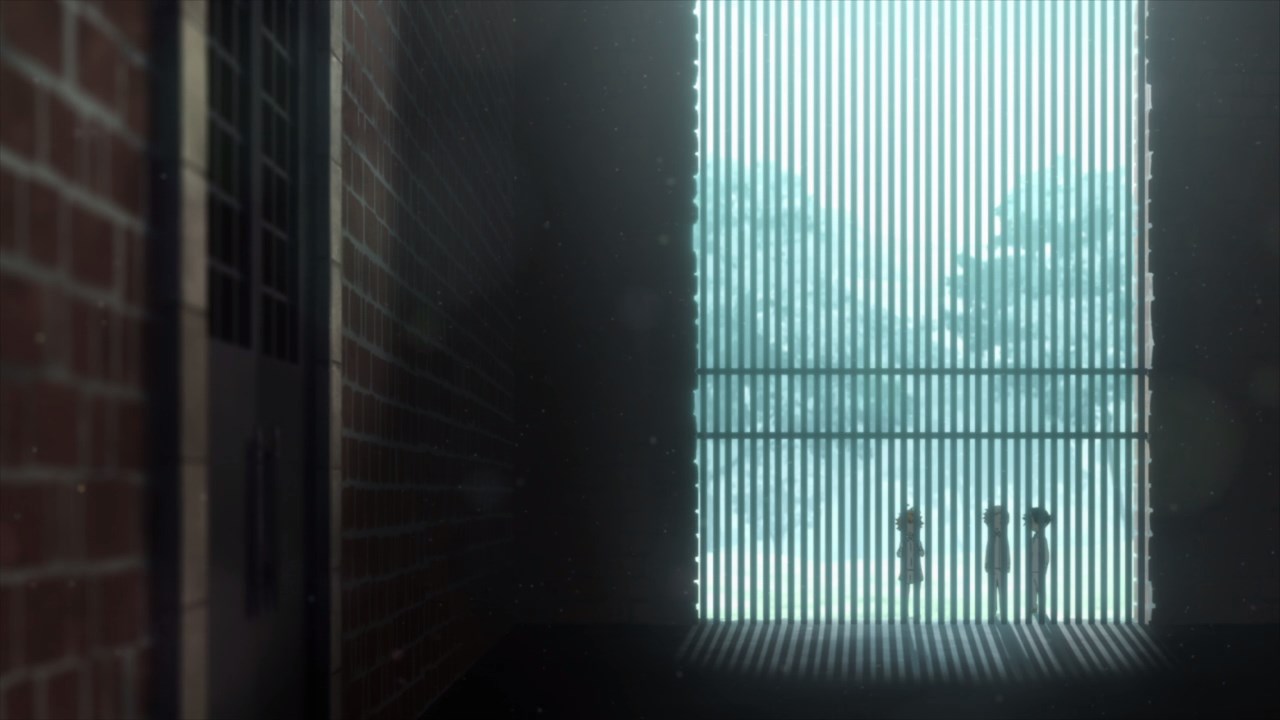 Hello everyone, here’s a new anime adaptation of a popular Weekly Shonen Jump title from CloverWorks, known for their adaptation of the Seishun Buta Yarou series which was aired in Fall 2018.

But anyways, this is The Promised Neverland, a compelling story of children who are curious to see beyond the gate. 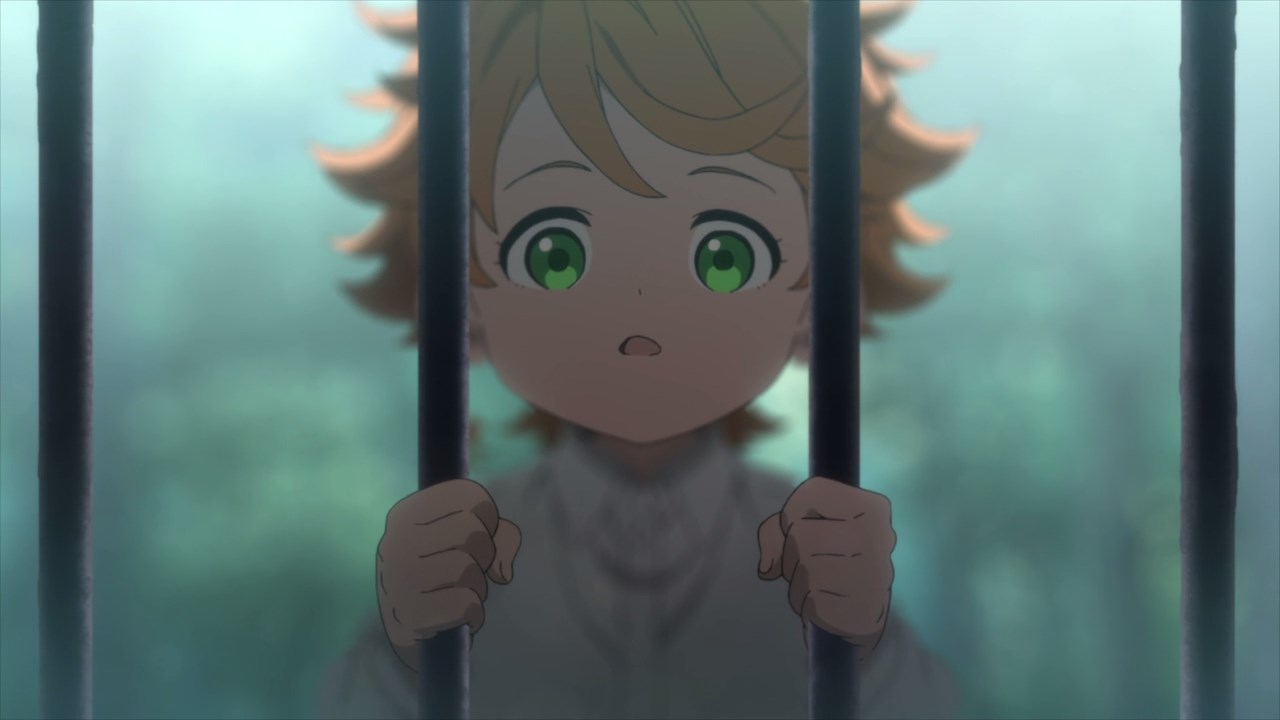 This is Emma who wants to see what lies outside the gates of their orphanage. In fact, she wants to ride a giraffe someday and it’s nice to dream for such cute things! 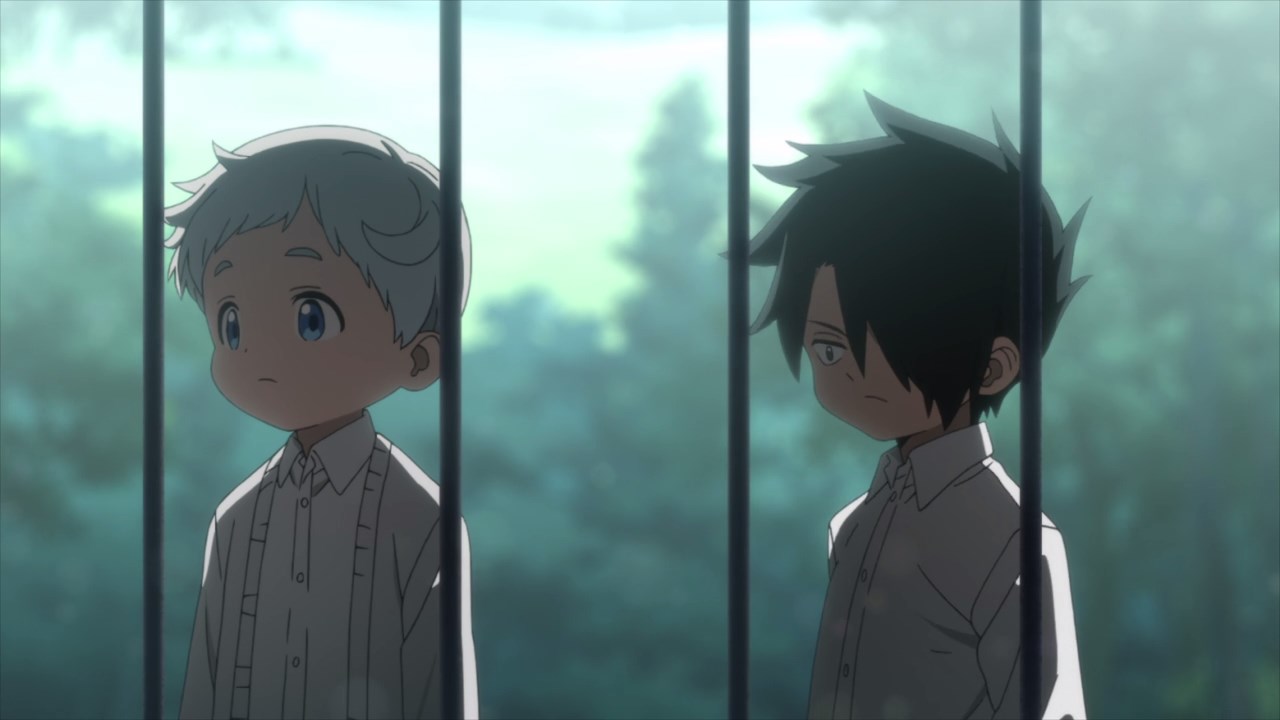 Also joining Emma are Norman and Ray, two of the brightest children who are also curious to see the outside world, although the latter said to both Emma and Norman that it’s all just a farce. 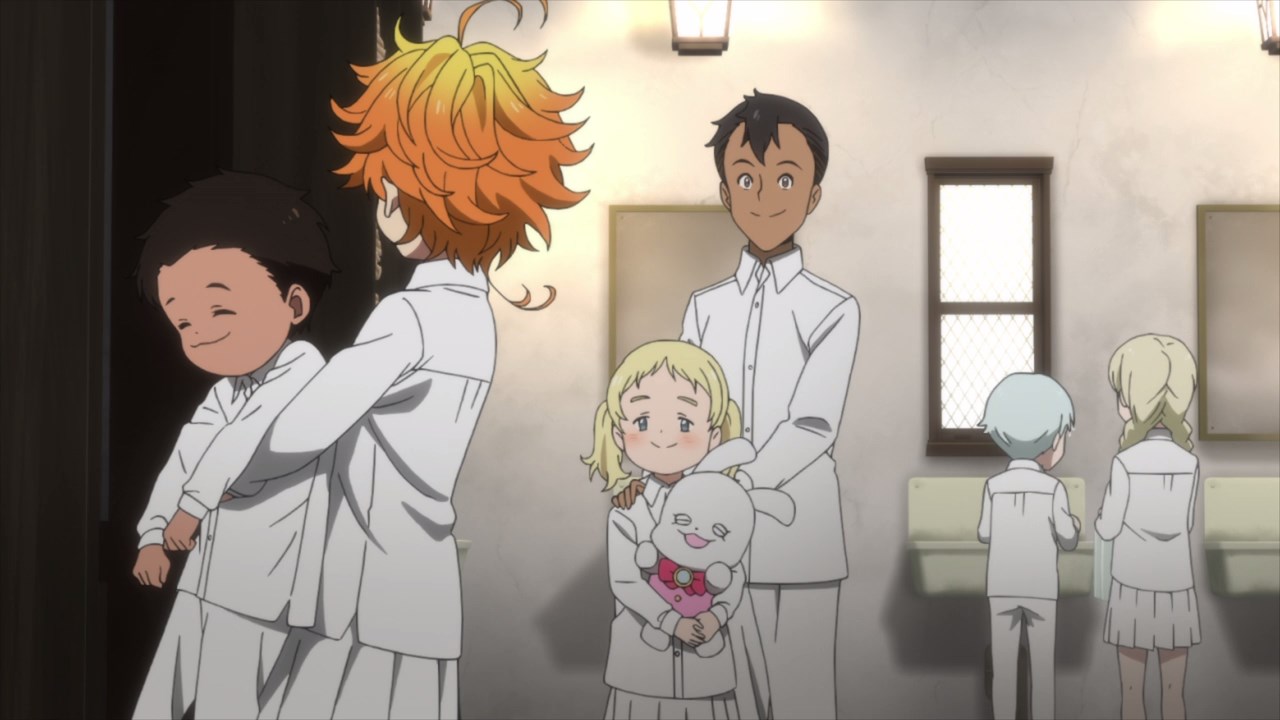 Now then, let’s return to the orphanage where everyone is happy as they prepare to eat their breakfast.

Also, here’s both Don and Conny where they say “Good morning!” to Emma. All I can say is that they’re one big happy family! 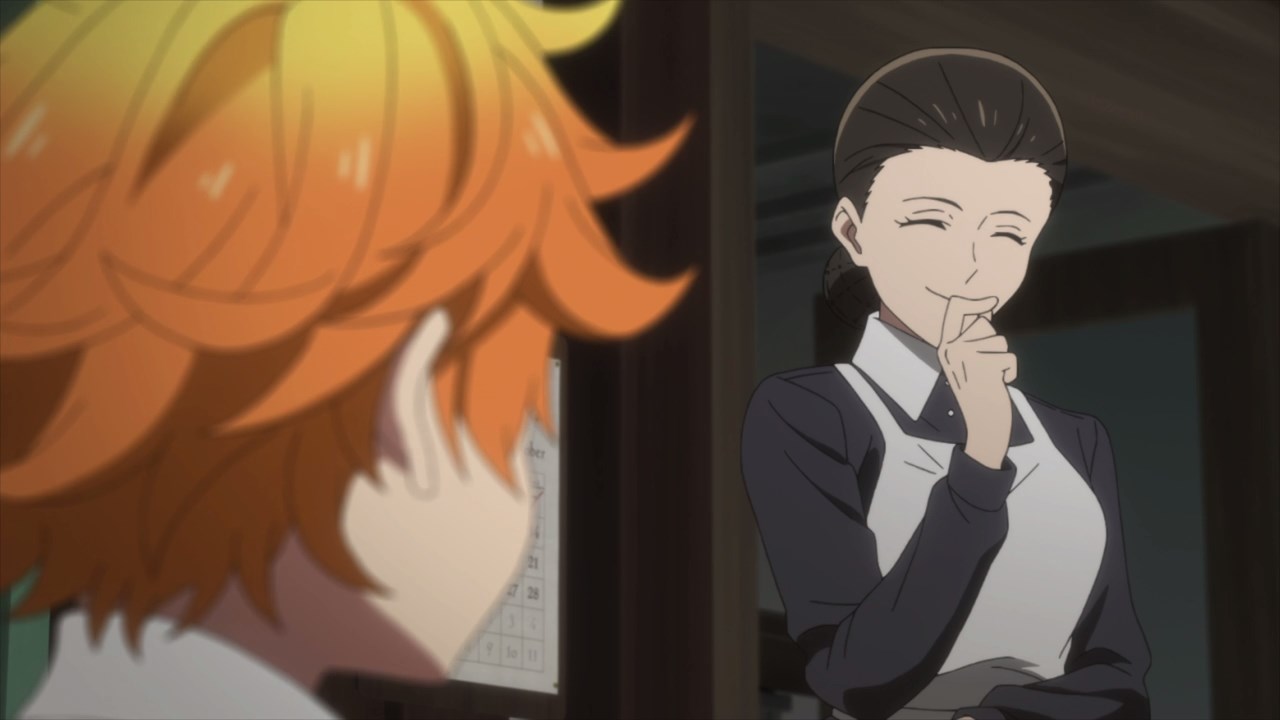 Oh, and here’s their lovely foster mother Isabella where she takes care of the children at the orphanage. 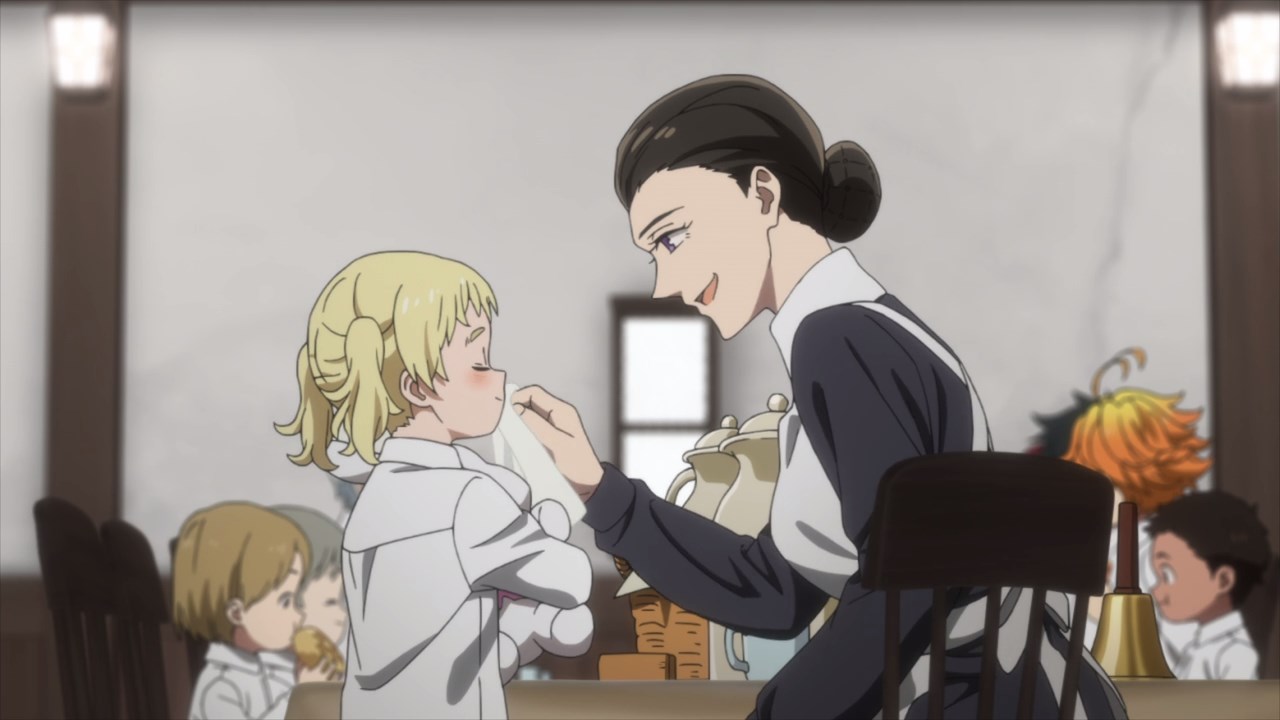 This includes Conny as she’ll be leaving the orphanage soon. Man, I’m gonna miss Conny even though I saw her a few minutes. 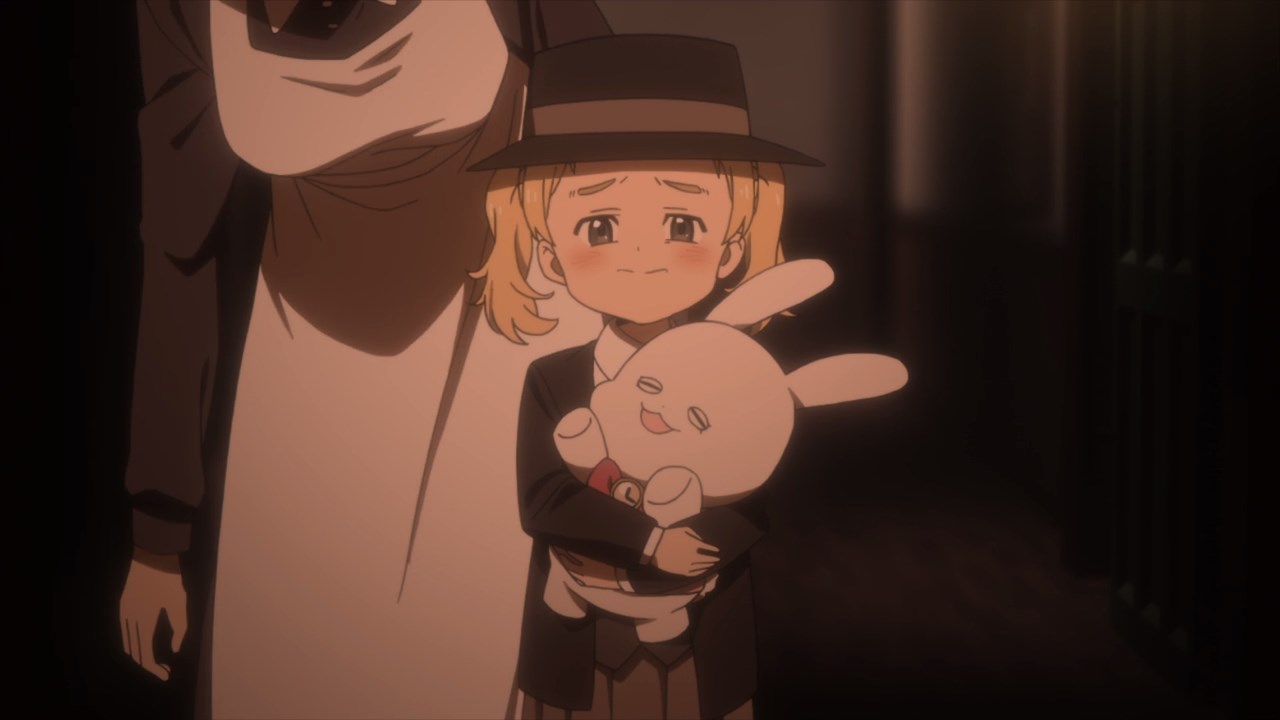 Well then, it’s time for Conny to leave the orphanage as she said farewell to her siblings. Also, she promised everyone that she’ll write a letter soon. 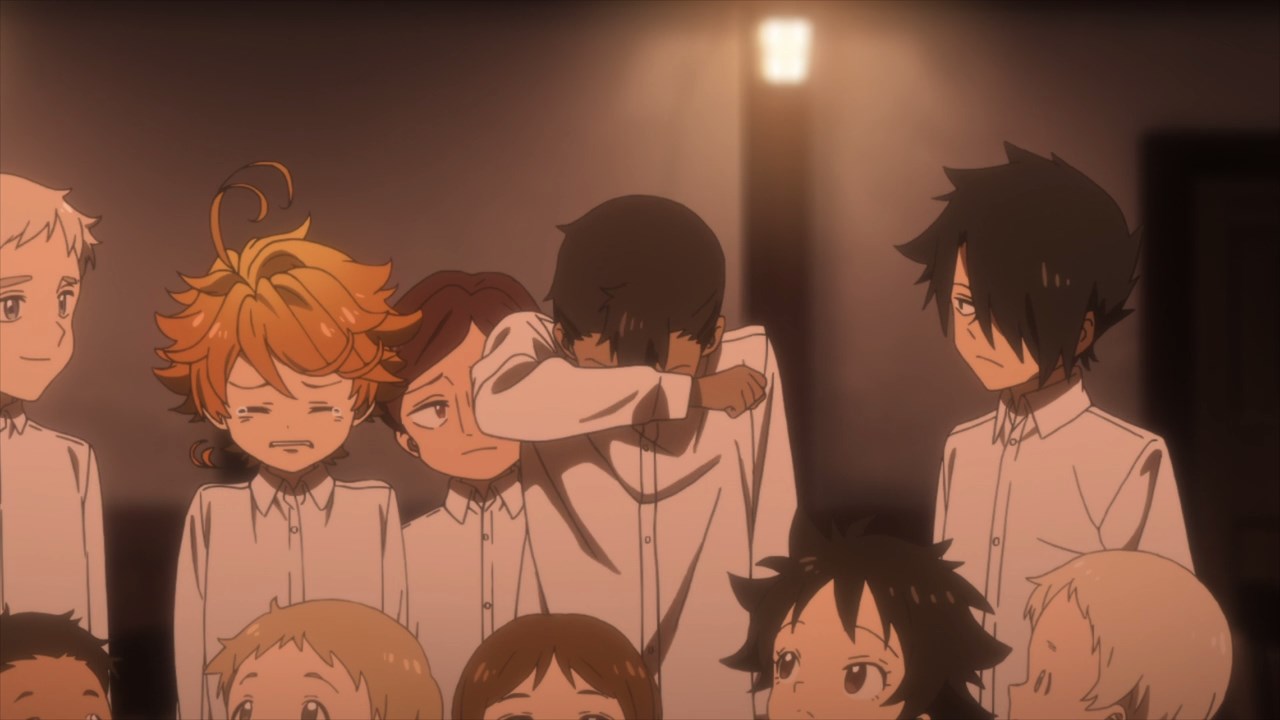 Then again, Don will be sad to see Conny go but c’mon, she’ll write him a letter once Conny was adopted by her new parents. 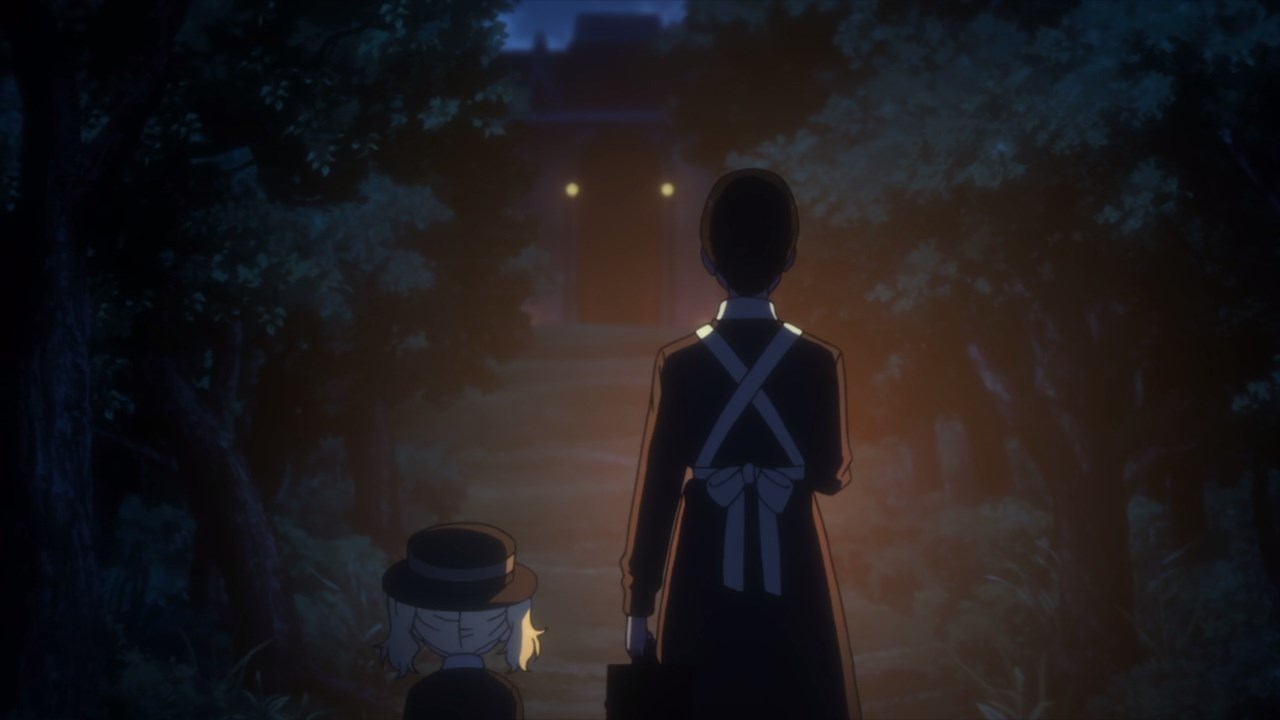 And so, Conny leaves the orphanage without any regrets as she’s being escorted by Isabella towards the outside world. 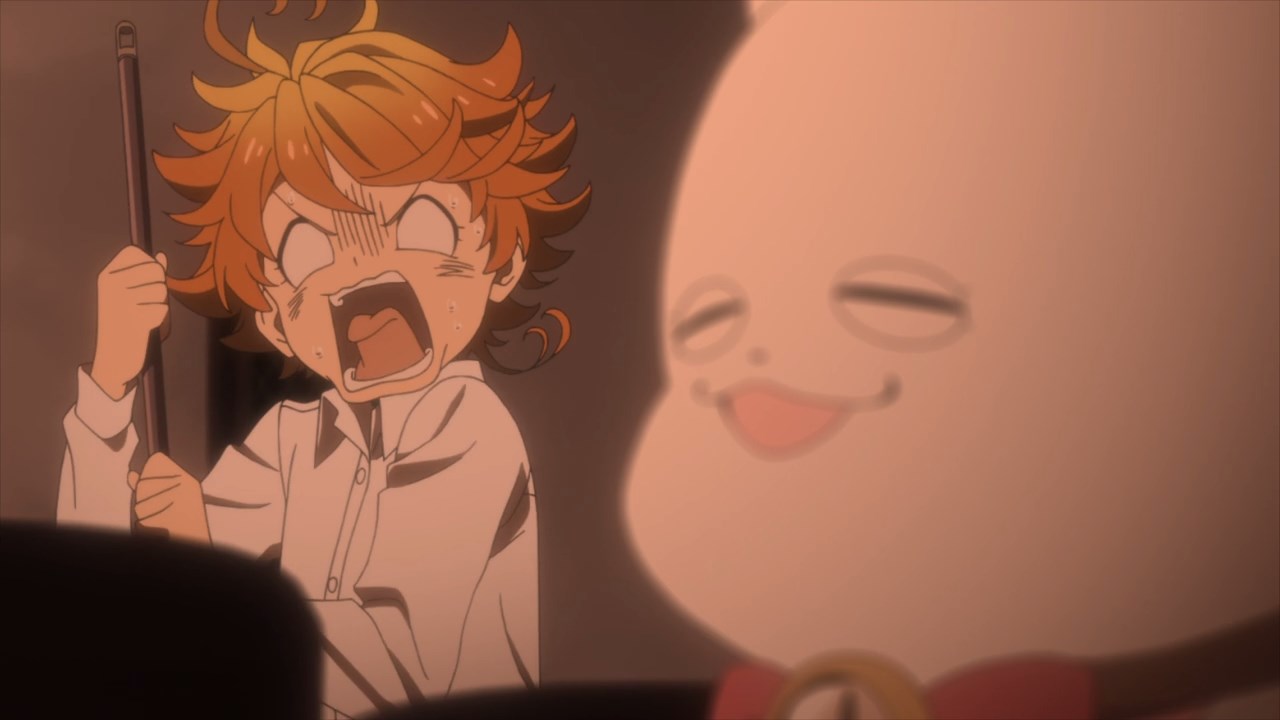 However, it appears that Emma was shocked that Conny’s stuffed bunny got left behind. C’mon, Conny loves her stuffed bunny that she’ll be sad if she doesn’t have it. 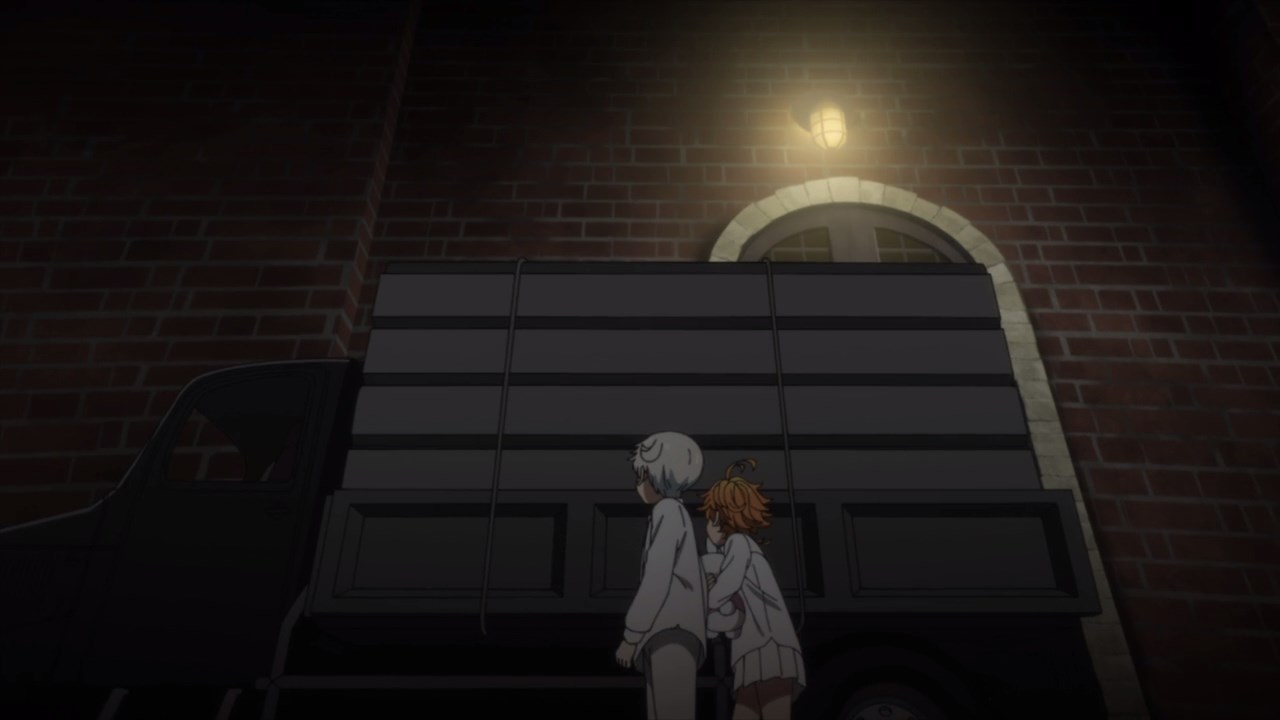 Let’s hope that they can find Conny before she went far away with her new parents. 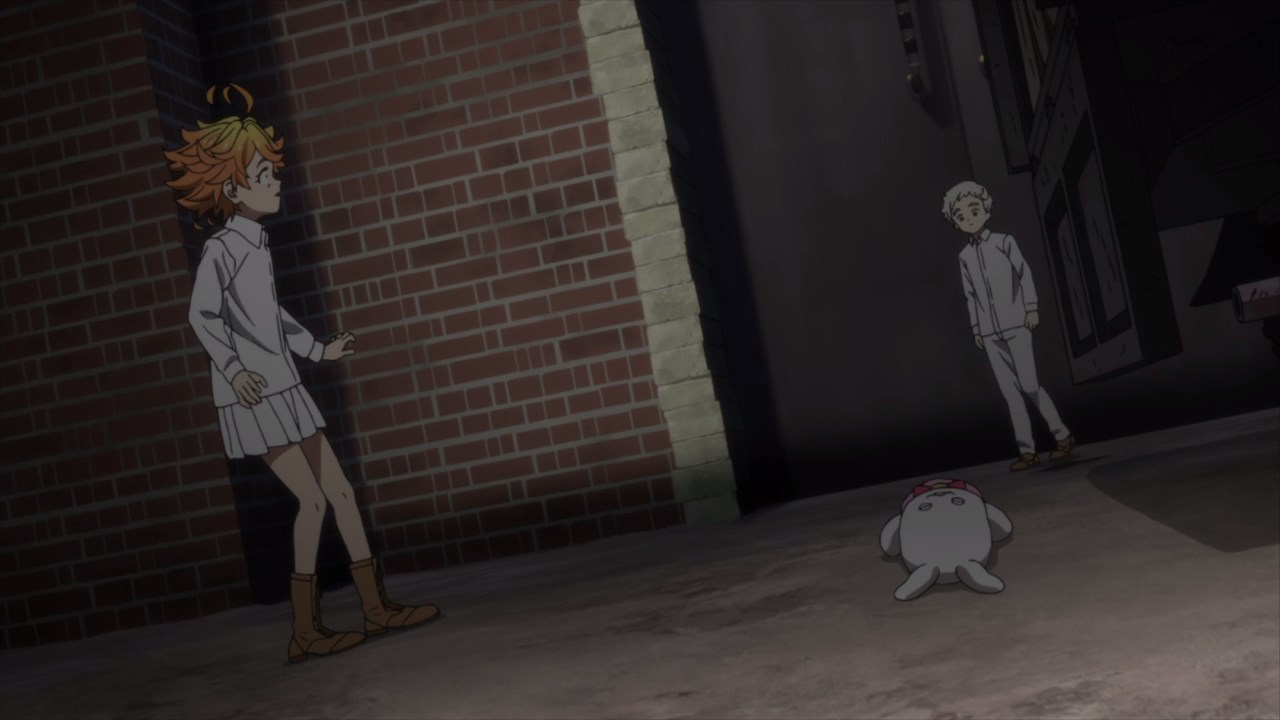 On the other hand, seems that Emma stumbled upon something terrible that she’s pretty shaken upon seeing the truck’s content.

Now then, what could possibly be as both Emma and Norman peeked inside the truck? 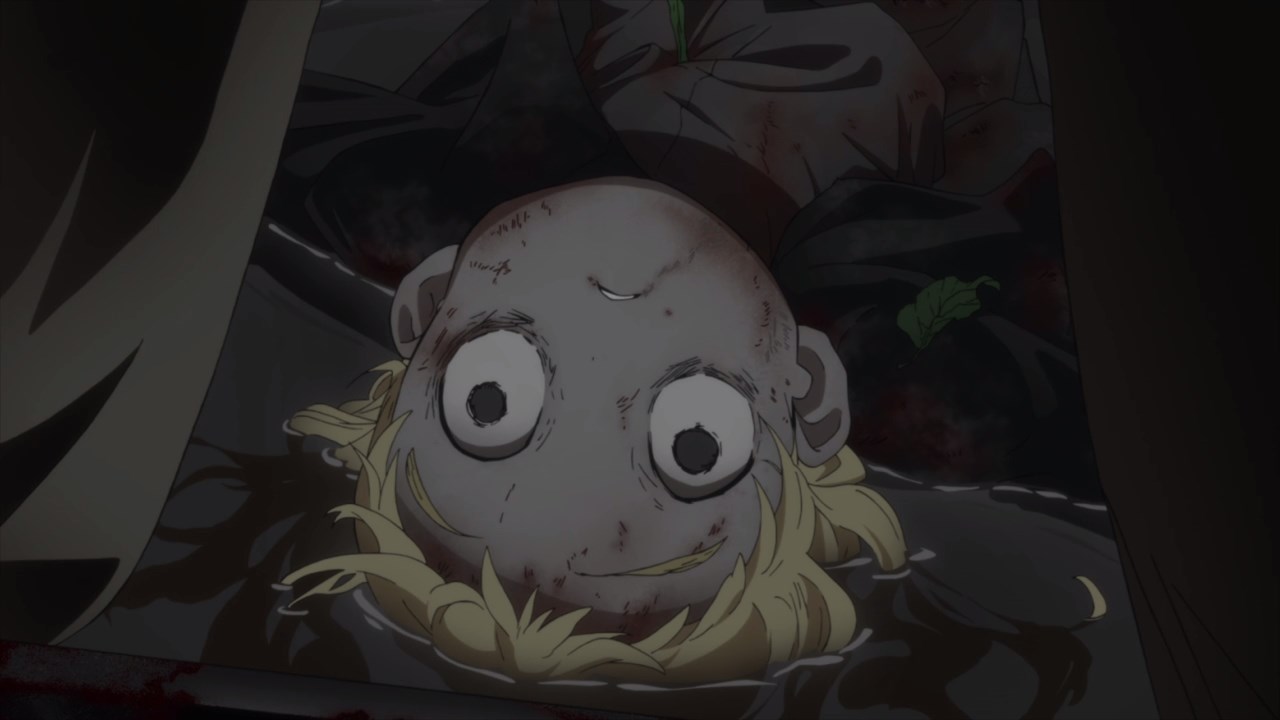 Turns out, it’s Conny but it appears that she became a lifeless doll because she’s dead. What’s going on here and how come Conny went from a cheerful girl into a corpse? 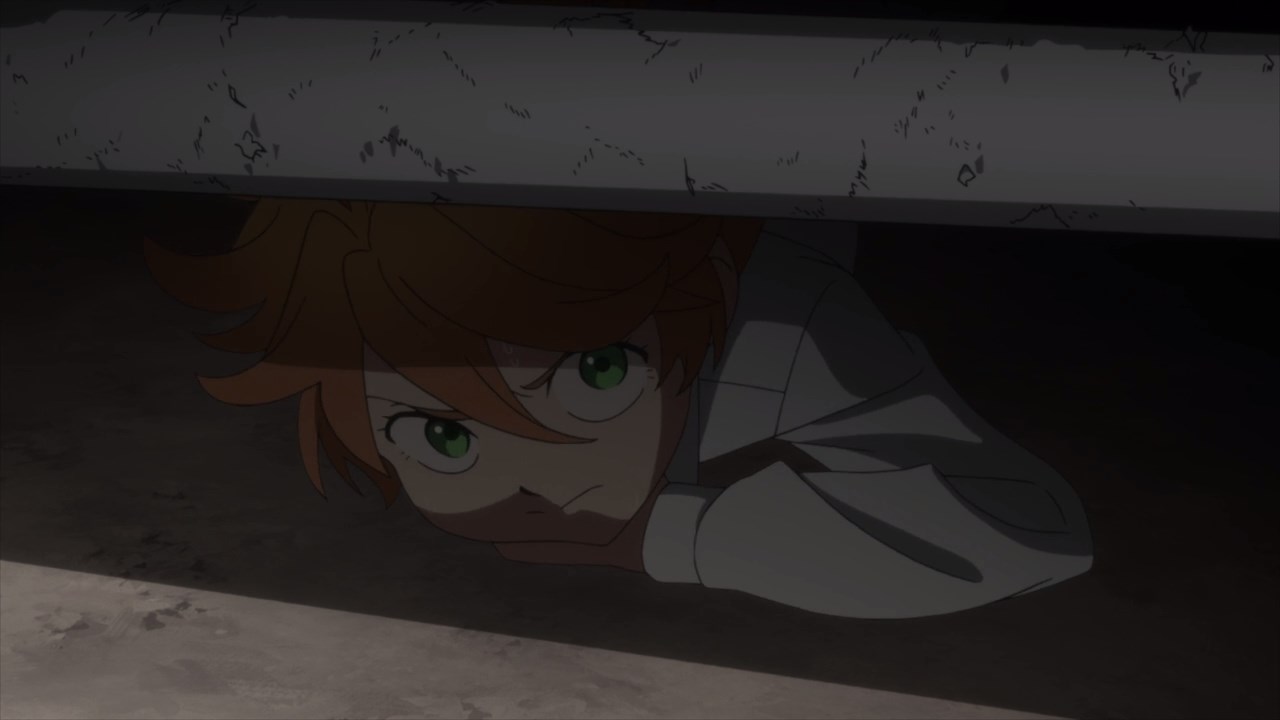 More importantly, seems that Emma and Norman found something shocking as they hide under the truck. 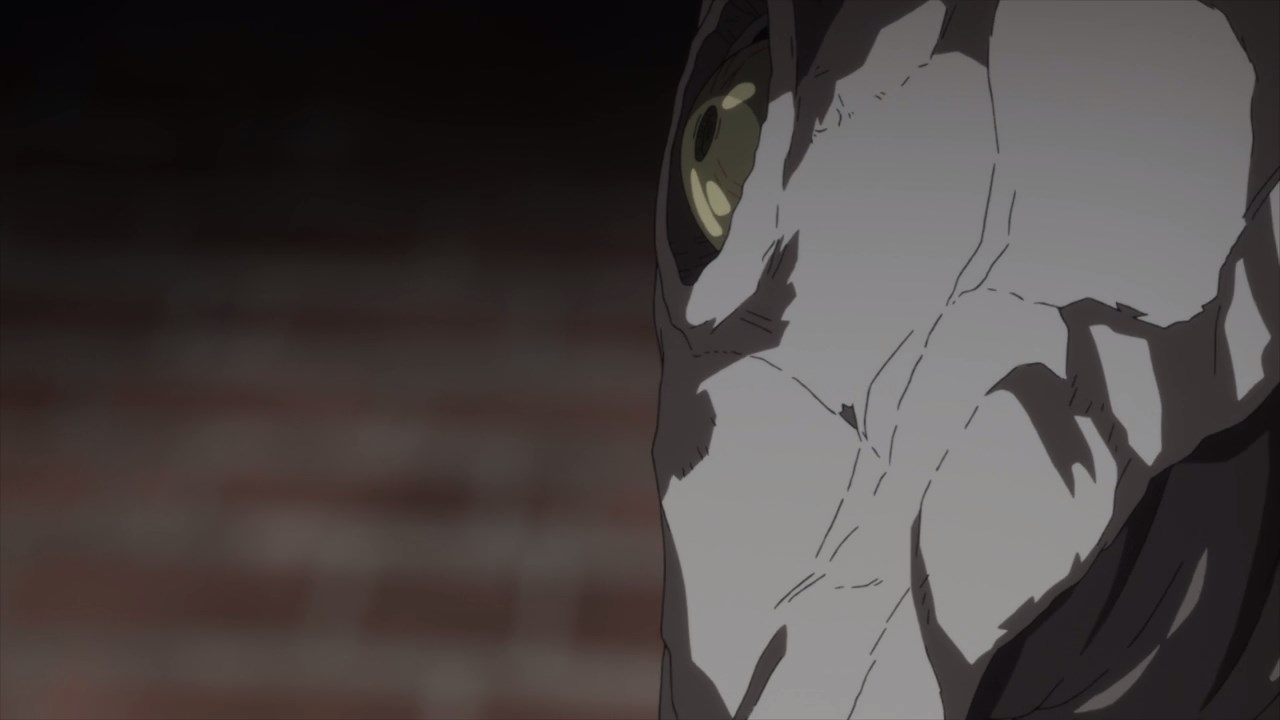 Turns out, what they saw are demons as they’re not only hideous as expected… 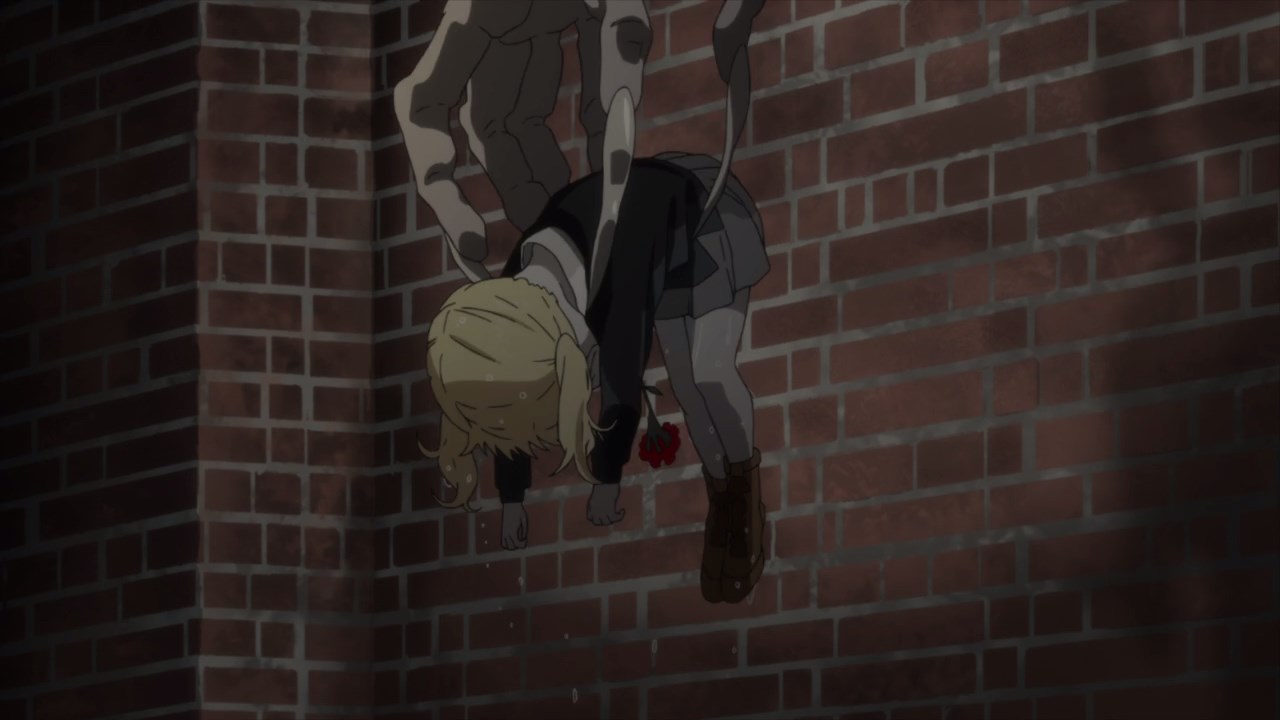 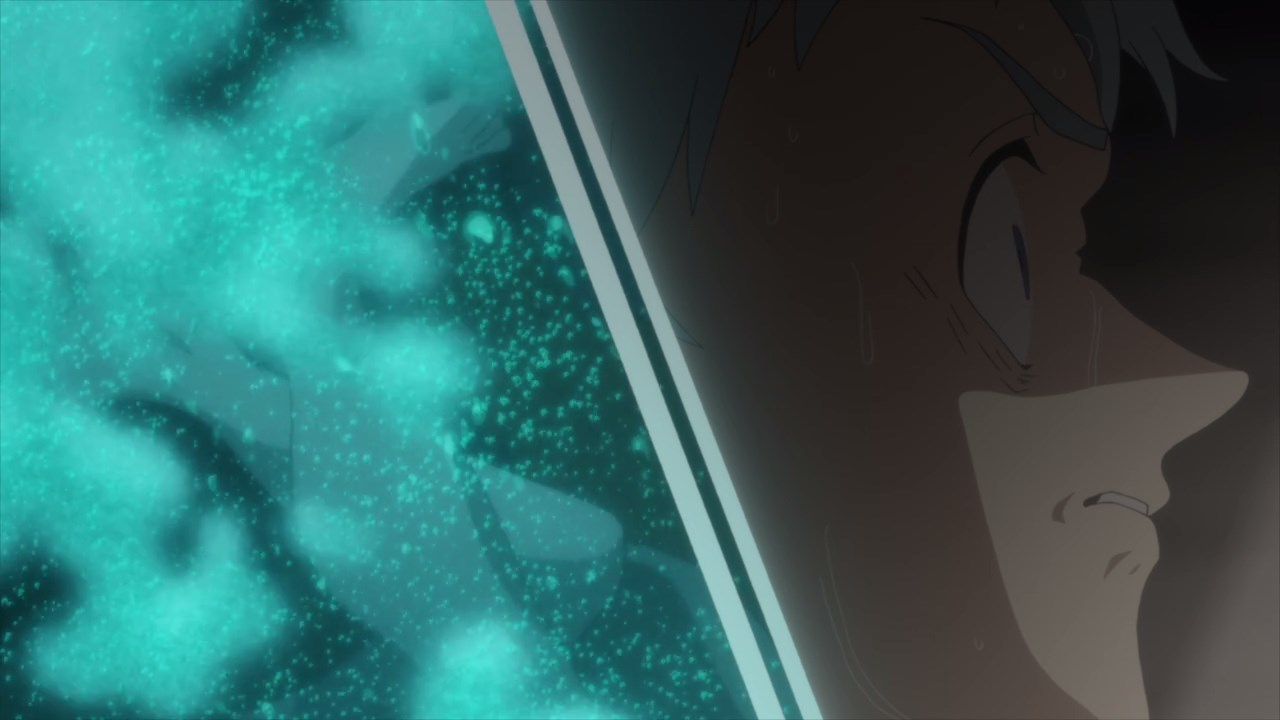 …but they picked Conny from the truck and put her body inside a glass jar.

Of course, this is just the beginning as what Emma and Norman saw was the most heart-breaking event in their lives. 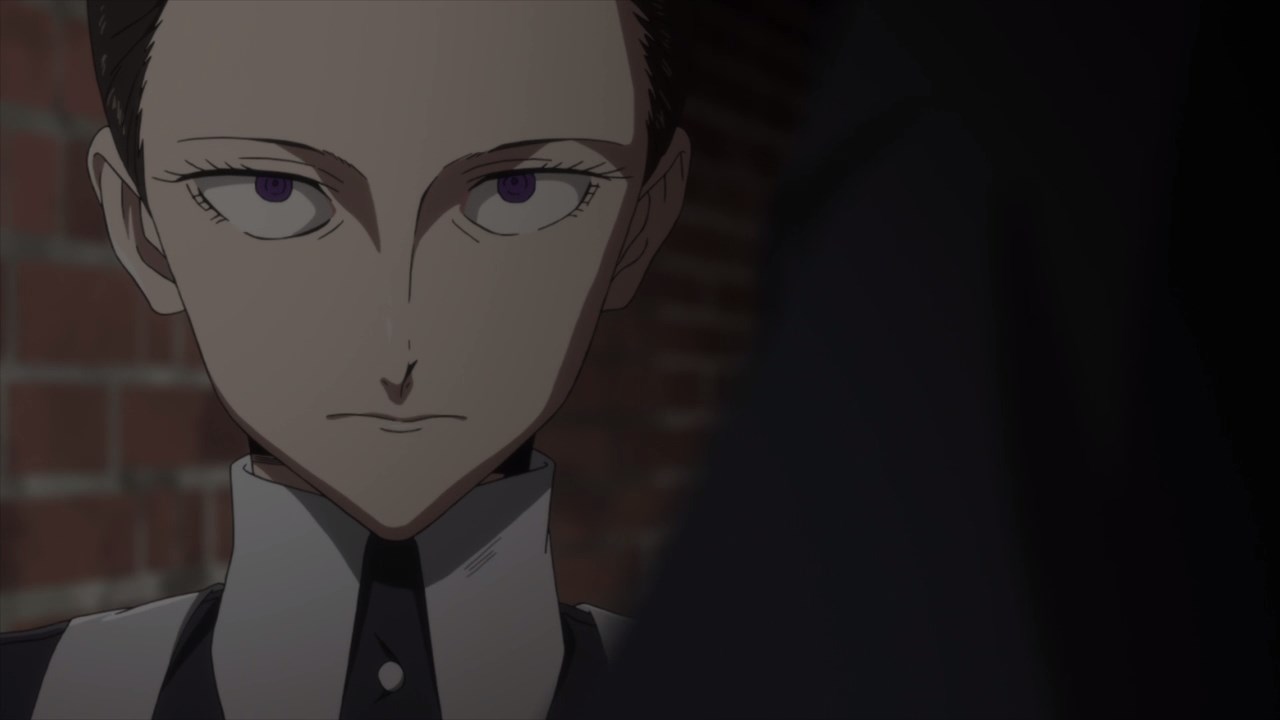 In any case, they witnessed their foster mother Isabella selling Conny to the demons as fresh meat.

Wow, I can’t believe that they’re being bred as fodder for those monsters the whole time. And soon, Emma and Norman might end up in someone’s platter. 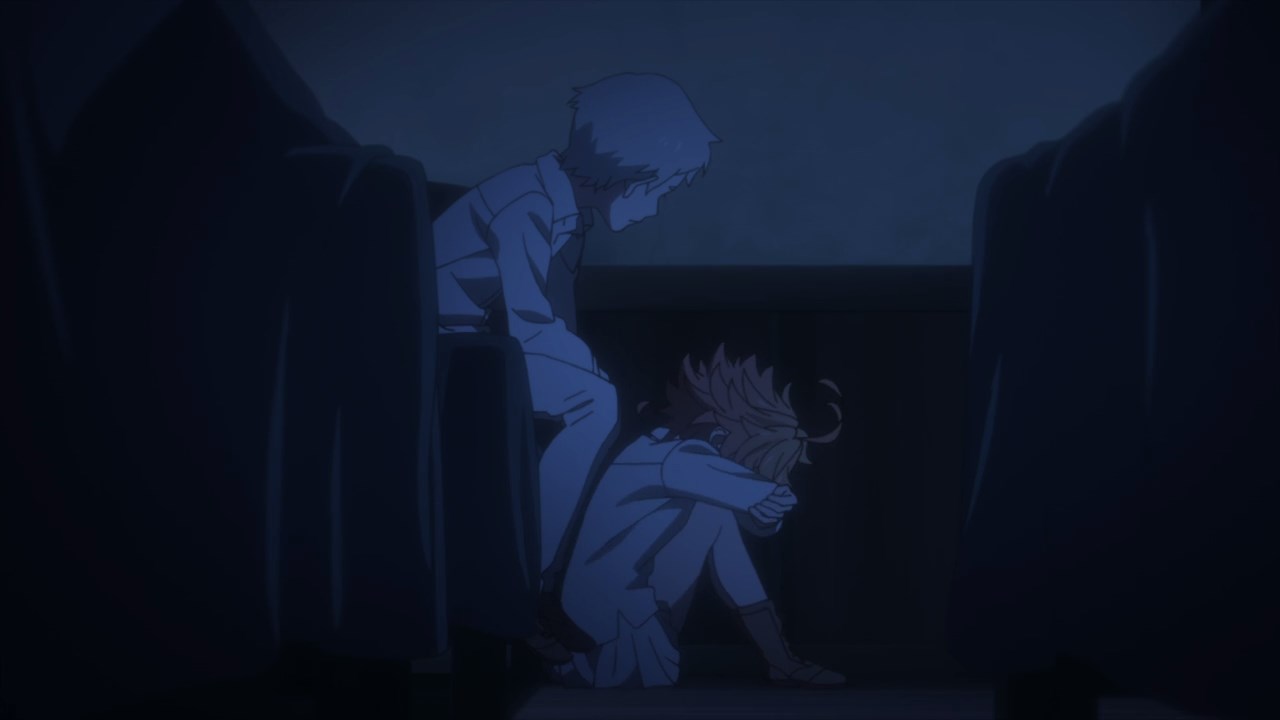 Anyways, both Emma and Norman returned to their orphanage safe and sound. However, they’re rattled by the revelation that they’re raised to be livestock to those monsters the whole time.

However, Norman came up with the idea of escaping the orphanage together with Emma, but she insists of having everyone escape instead of just the two of them. 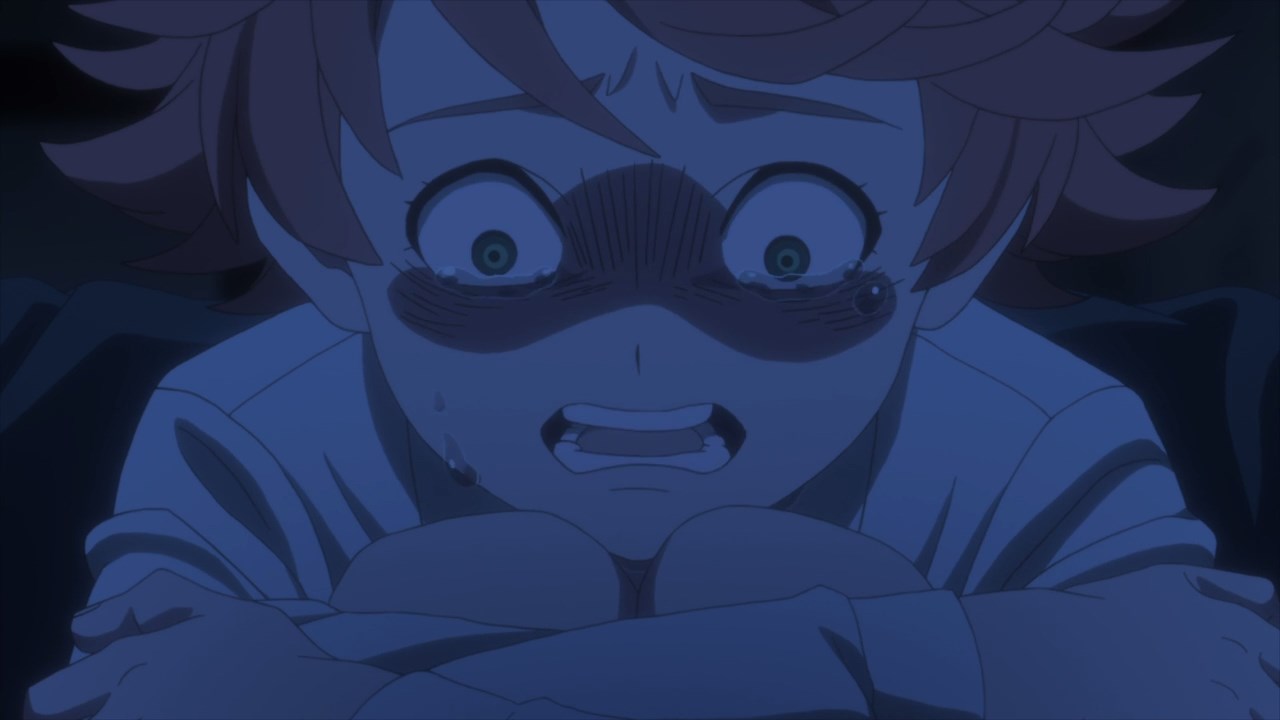 But right now, Emma is in distraught that she doesn’t know what to do now that her beloved foster mother Isabella is conspiring with the demons. Yeah, this is depressing but you know what, I feel that Emma and the rest will find a way to get out of this orphanage soon enough.

With that said, I’m happy how the first episode of The Promised Neverland turned out and let’s hope that Cloverworks will do better on the next episode ’cause it’s an interesting story!