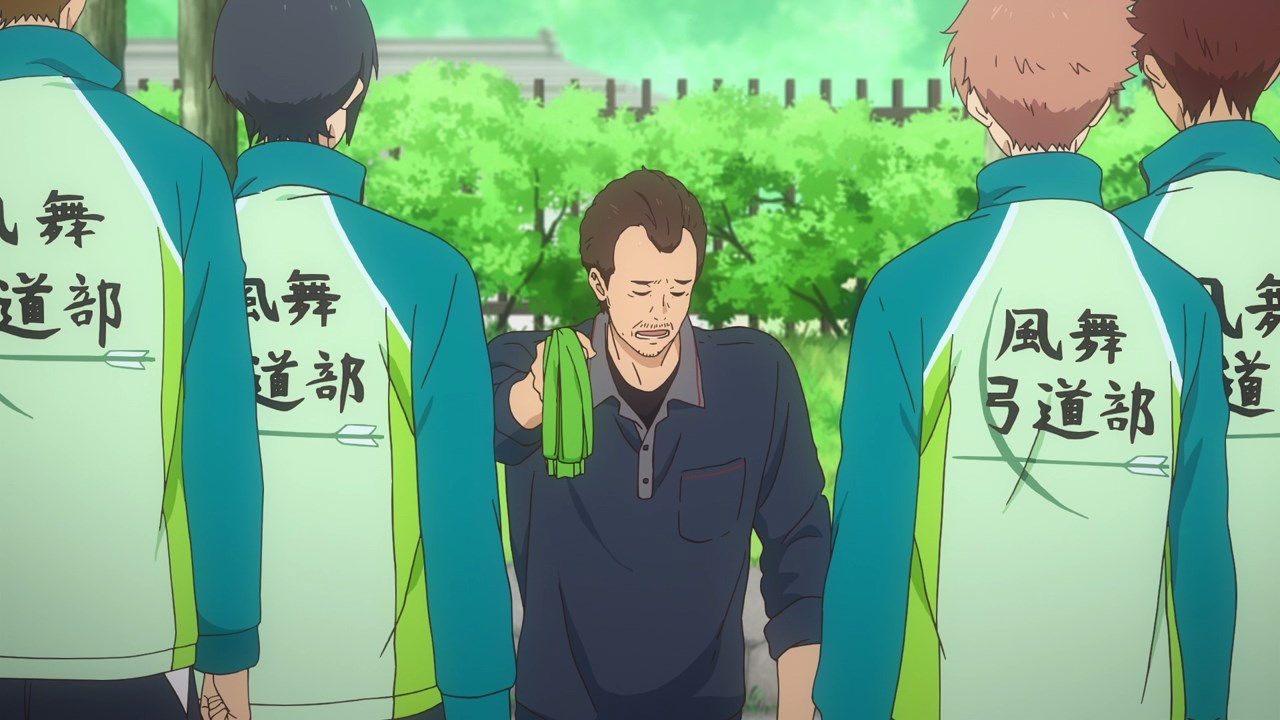 We’re now at the penultimate episode where Nakazaki told everybody about Masaki Takigawa getting caught in an accident. While he’s currently hospitalized, Nakazaki is not sure if his injuries are severe as he haven’t heard from him and his brother Ren.

Also, Nakazaki brought some headbands as he was told by Masaki-san to give those bands to everyone in the archery club. 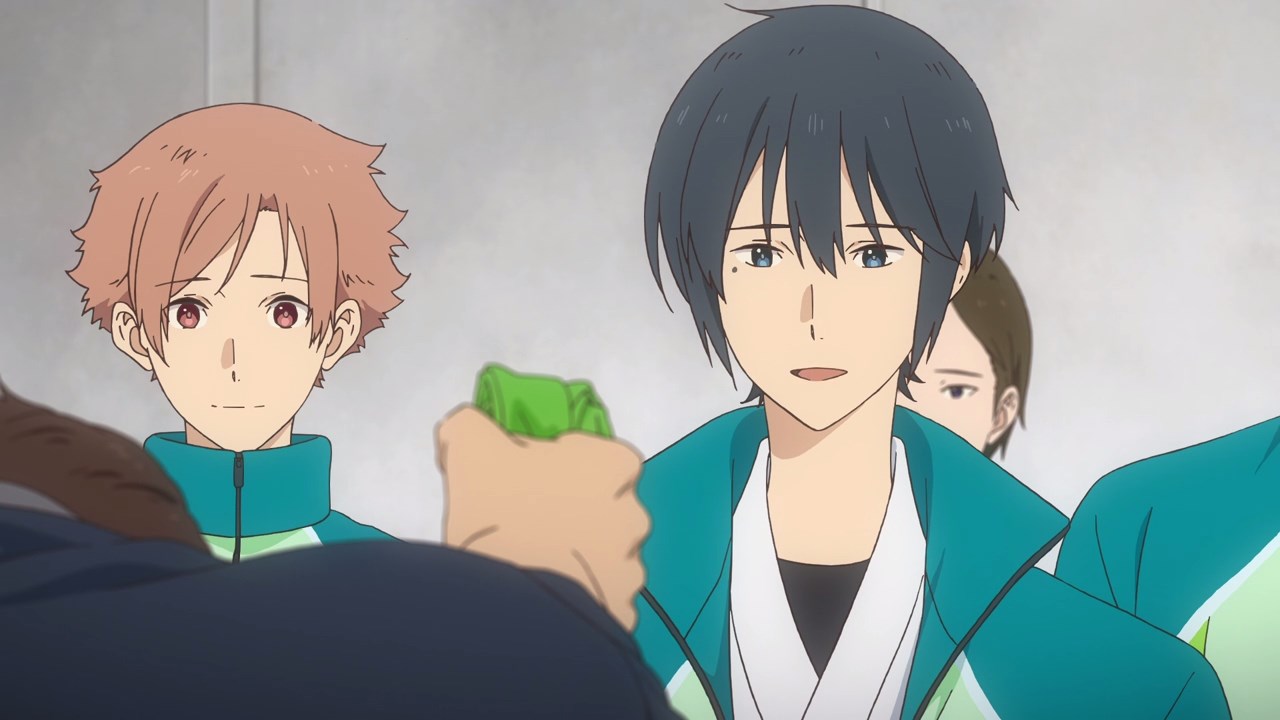 Of course, Seiya Takehaya will gladly take those headbands and try to stay focused during the competition. Even with their claims, they couldn’t get off their mind in regards to Masaki Takigawa. 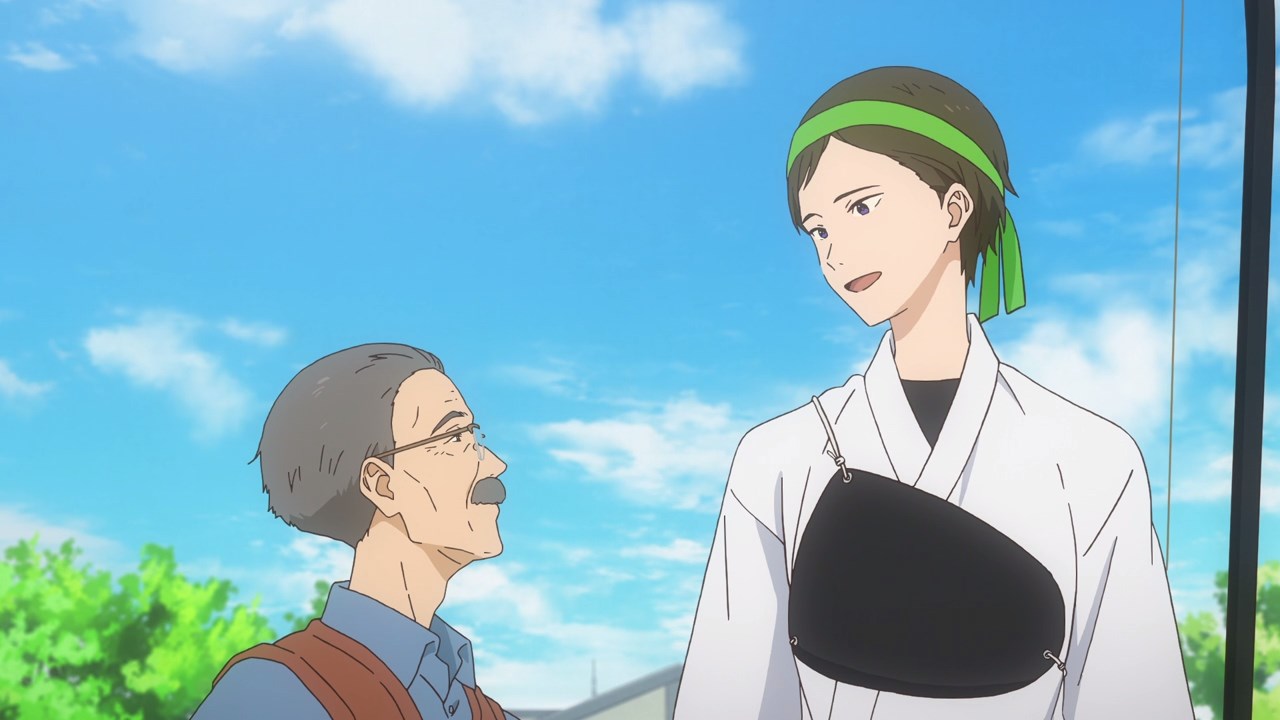 Meanwhile, here’s Rika Seo as she talks to Morioka-sensei about her performance at the individual competition, although she fell short of qualifying at the finals.

But hey, at least it serves as valuable experience for Rika to improve herself for next year. Of course, she’s worried about the boys as Masaki Takigawa has been hospitalized due to a car accident. 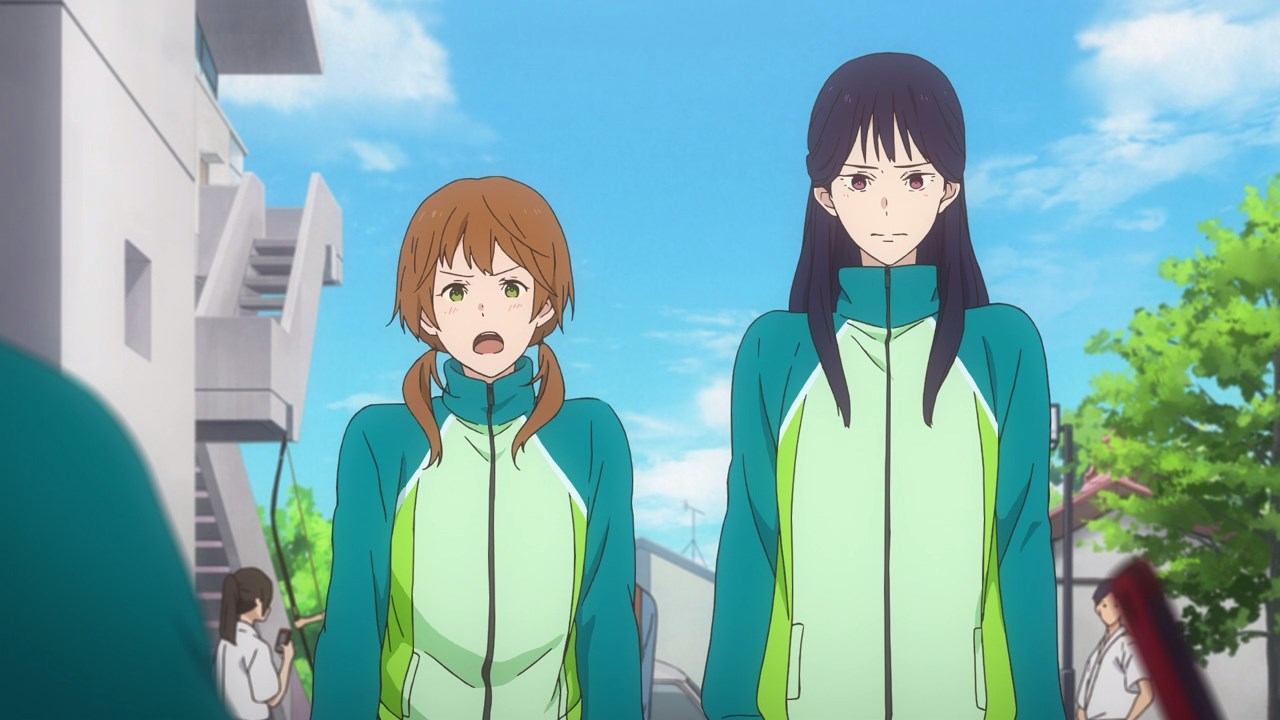 That’s until Yuna Hanazawa and Noa Shiragiku told the boys to snap out of it and get focused on the upcoming team competition!

C’mon, these girls are not competing at the national tournament, but they’re doing their best to get the boys in check as Yuna and Noa don’t want them to become laughing stocks, especially Kirisaki High School. 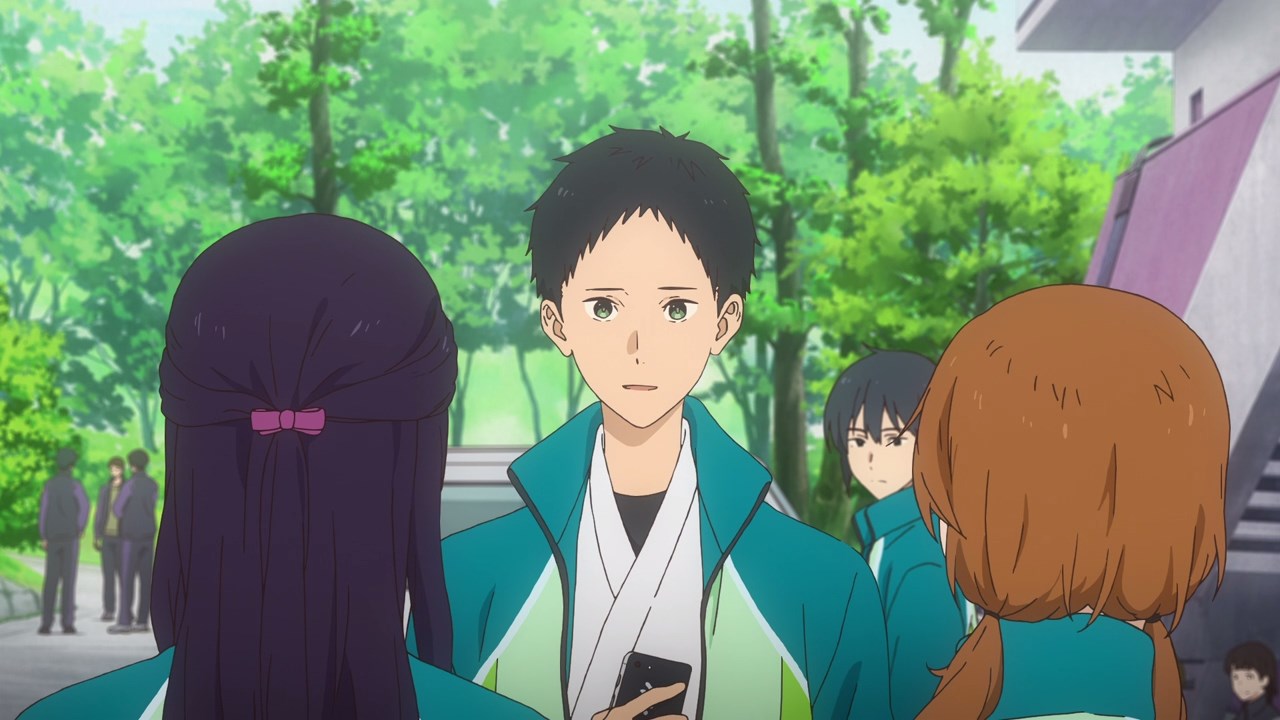 Of course, Minato Narumiya assured them that they’ll do fine as he and the rest surrendered their phones so they won’t get distracted. 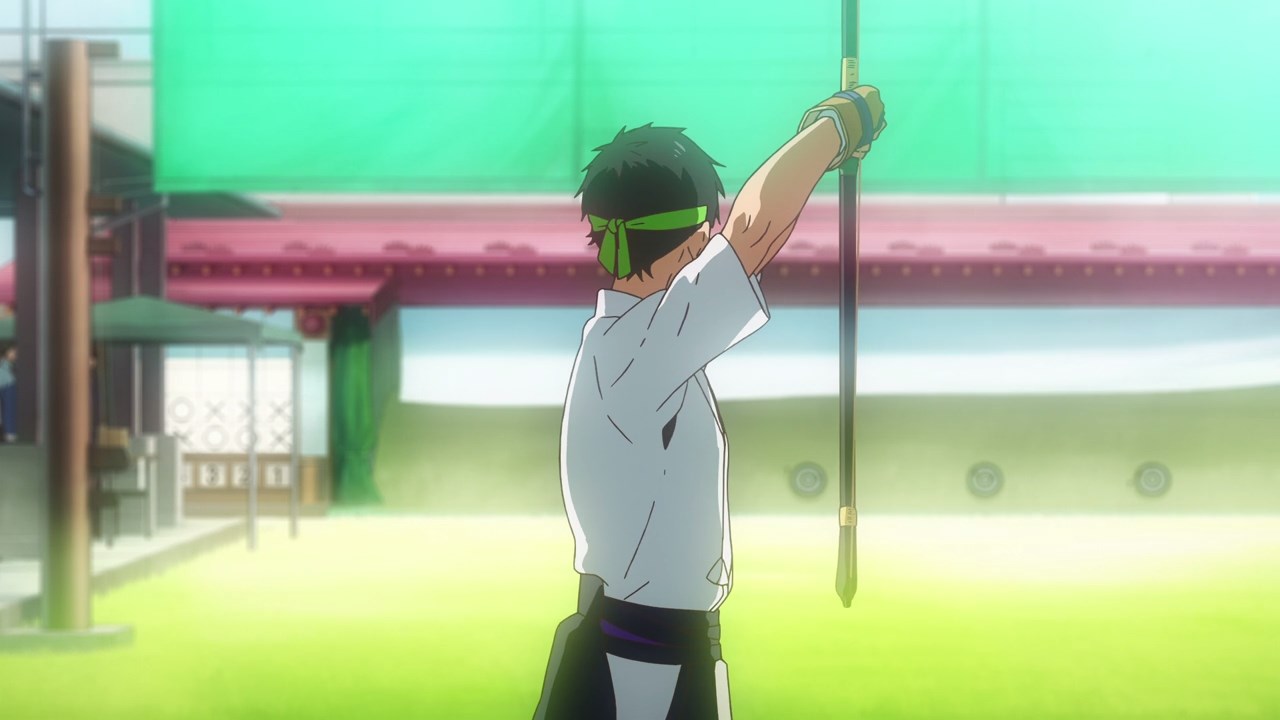 But despite that, the boys couldn’t focus as they’re still worried towards Masaki Takigawa. Their results during the team competition were abysmal to say the least that Kazemai High School might not make it to the finals. 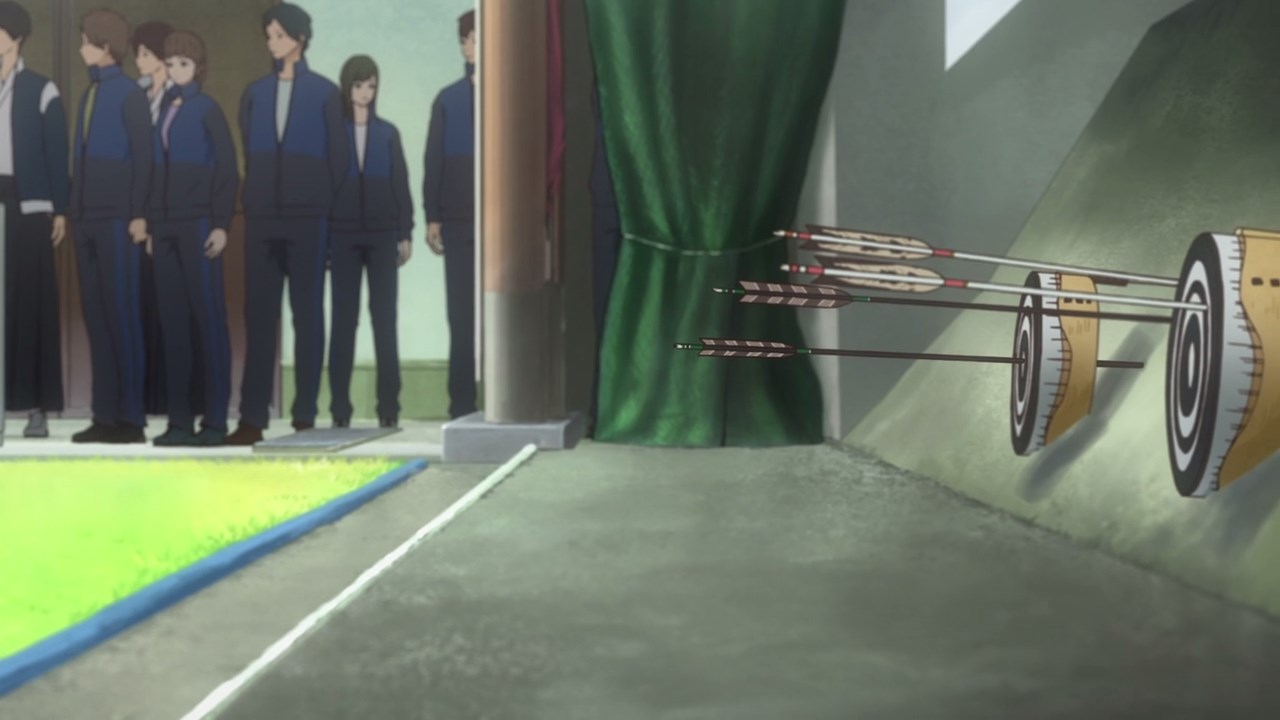 In the end though, Kazemai got 26 shots out of 40 which are tied up to a competing high school. This means that Minato Narumiya and the rest have a lifeline as they’ll participate in a play-off and outscore their opponent. 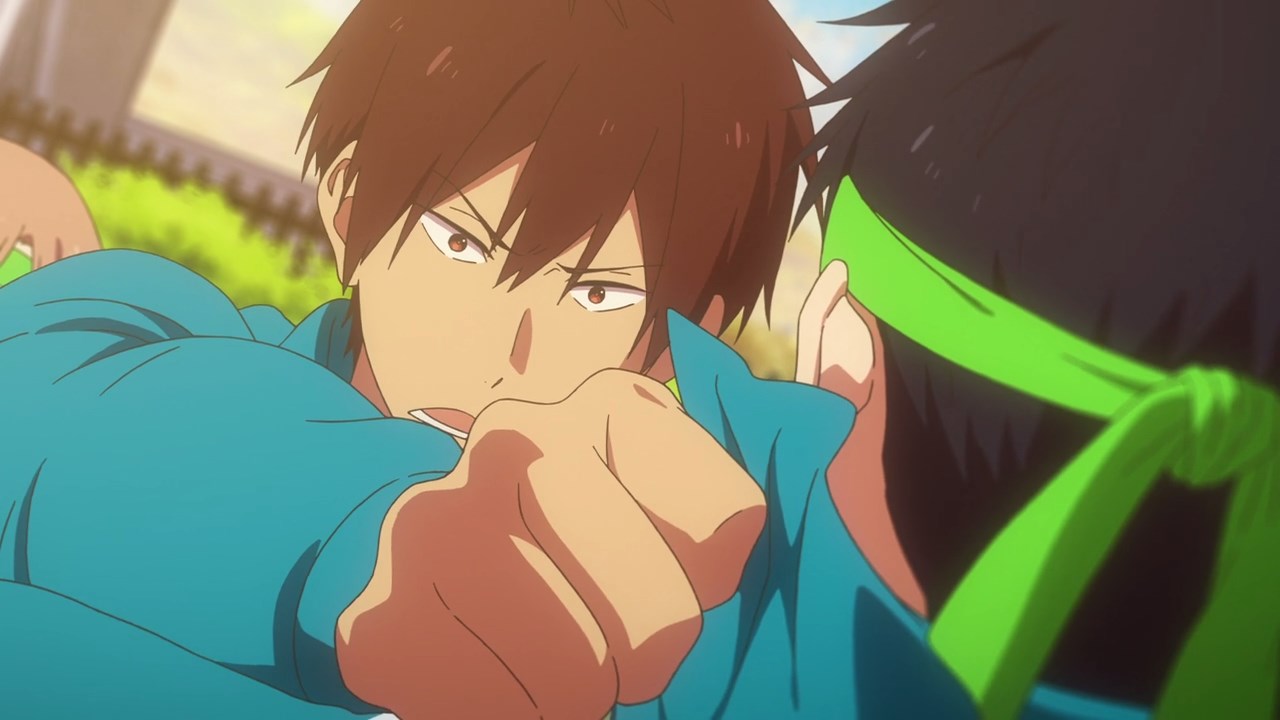 Even though they have another chance at qualifying at the finals, tension flares up when Kaito Onogi caught in an arguement towards Minato Narumiya, saying that he won’t forget about Takigawa’s teachings after Minato told them to forget all about it. 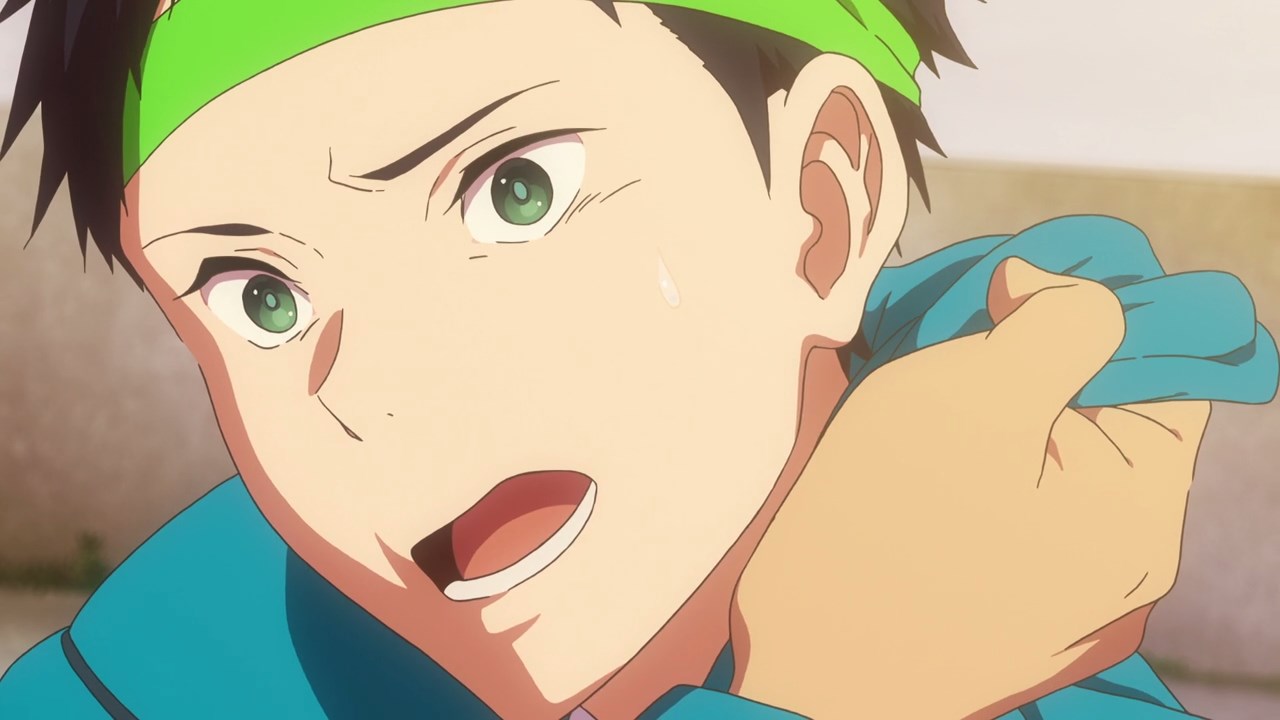 Of course, the reason why Minato said that is because thinking about Masa-san’s teachings all the time might slip their focus and become awkward when firing their arrows.

In fact, Narumiya told them that Masaki Takigawa’s teachings are already ingrained to their bodies and the only way to put into practice is to be themselves. This means that they need to believe in their own abilities and focus on their ideal shots. 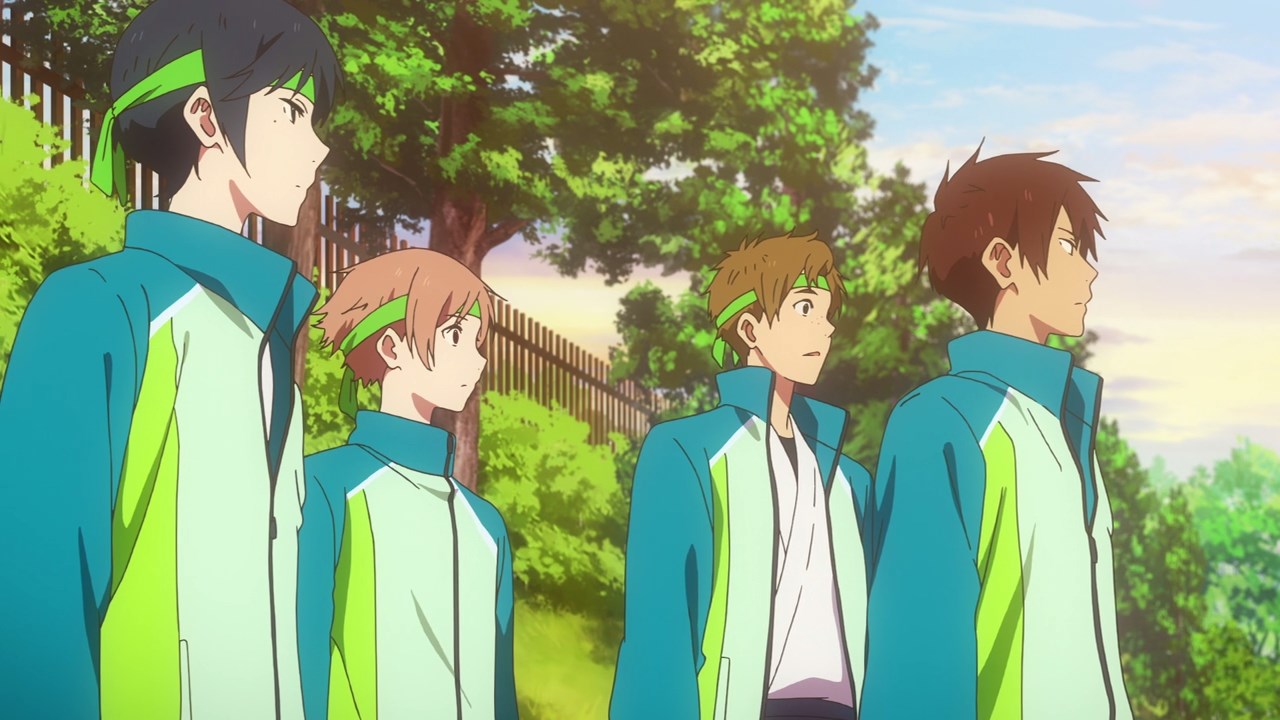 Well, I must say that I’m impressed on how Narumiya told everybody to be themselves ’cause they’re a team.

But the reason why he said that is because Minato is no longer alone that he realized the importance of having teammates to share the burden instead of taking it all by himself. 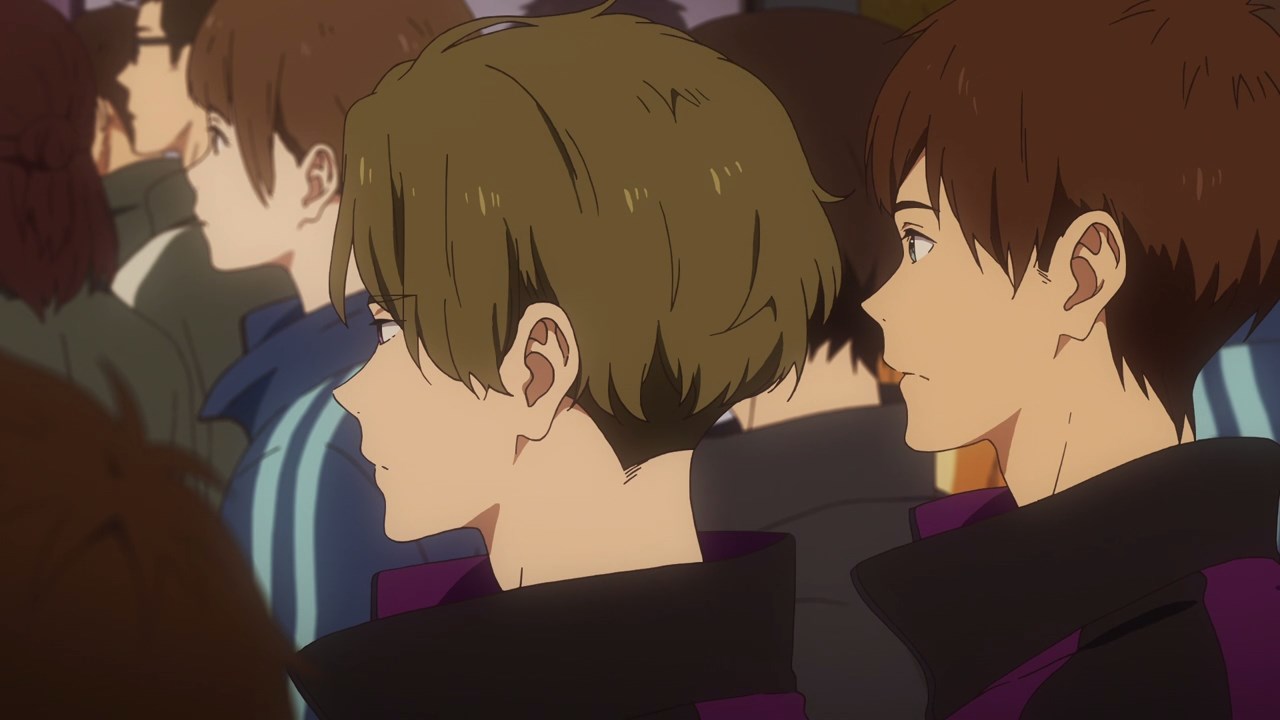 And, it’s time for the play-off as Shuu Fujiwara and the rest of Kirisaki High School’s archery club are watching the match unfolds between Kazemai and an unknown high school. 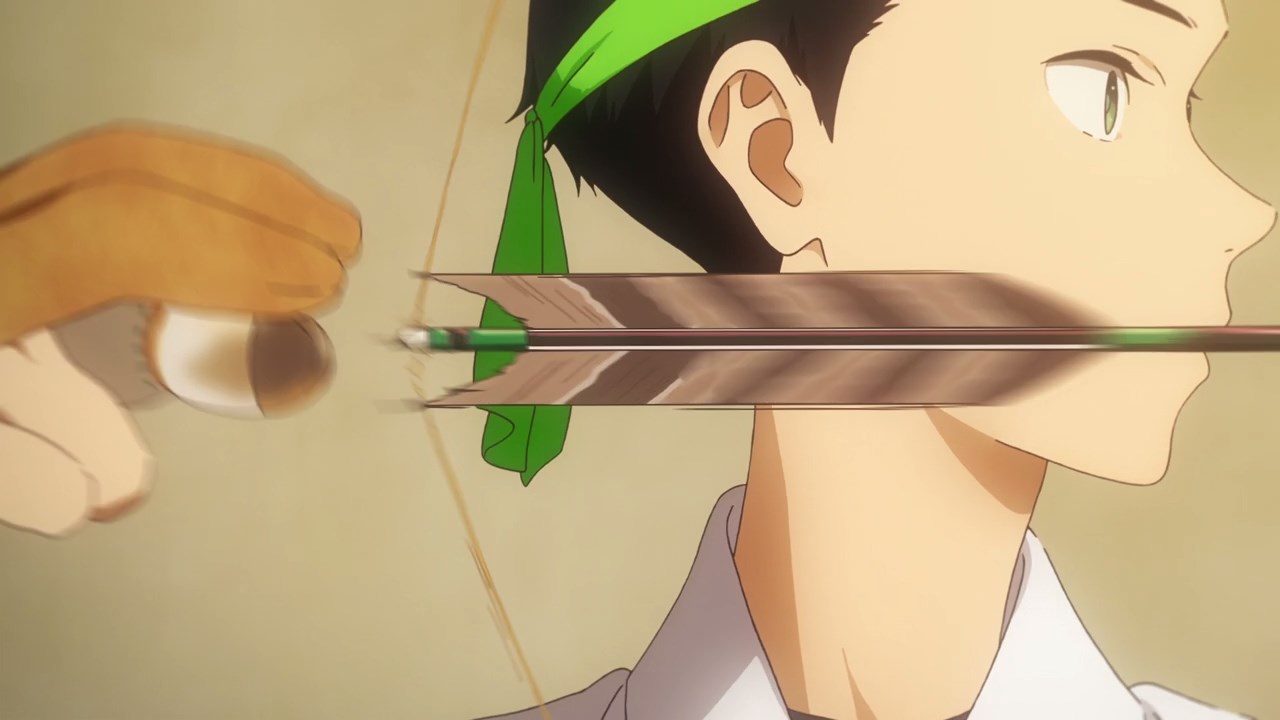 Unlike before, seems that Kazemai High School is making a comeback as the whole team are landing successful shots that their opponents couldn’t keep up. 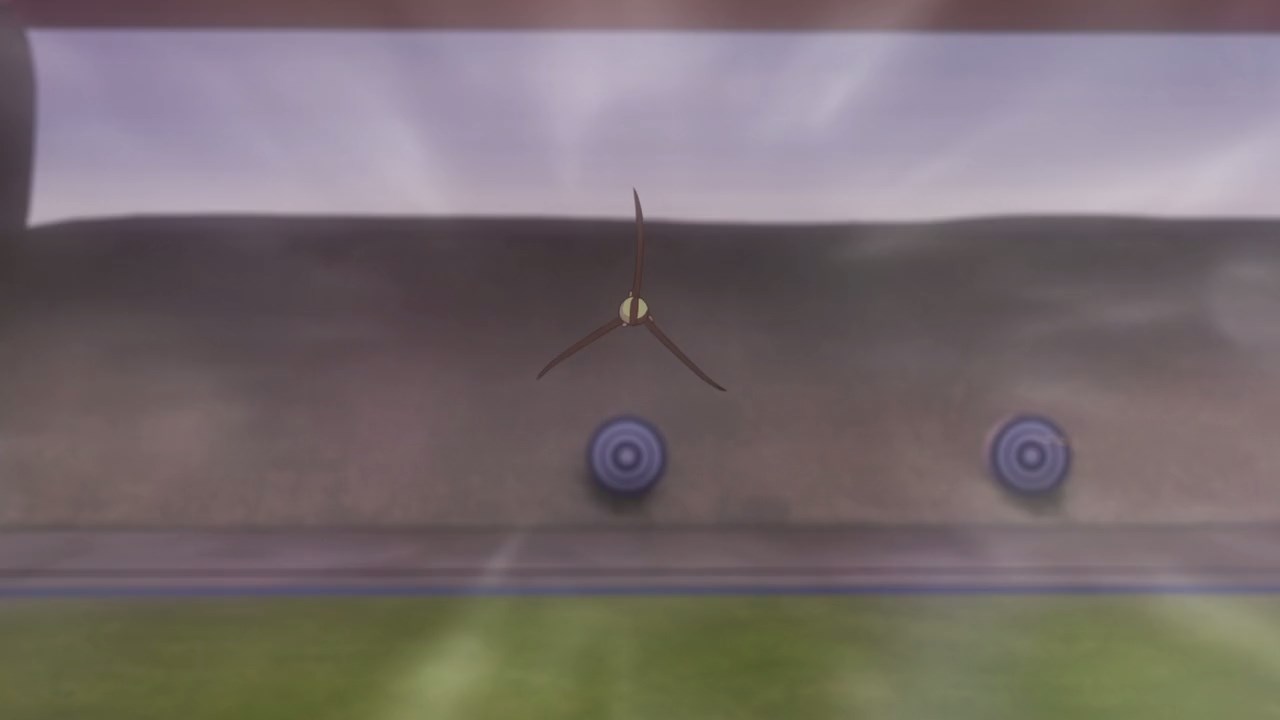 And so, Minato let go of the bow and fires his arrow, making sure that it’ll hit its target. Not only that, but that familiar “tsurune” sound is echoing to Minato’s ears… 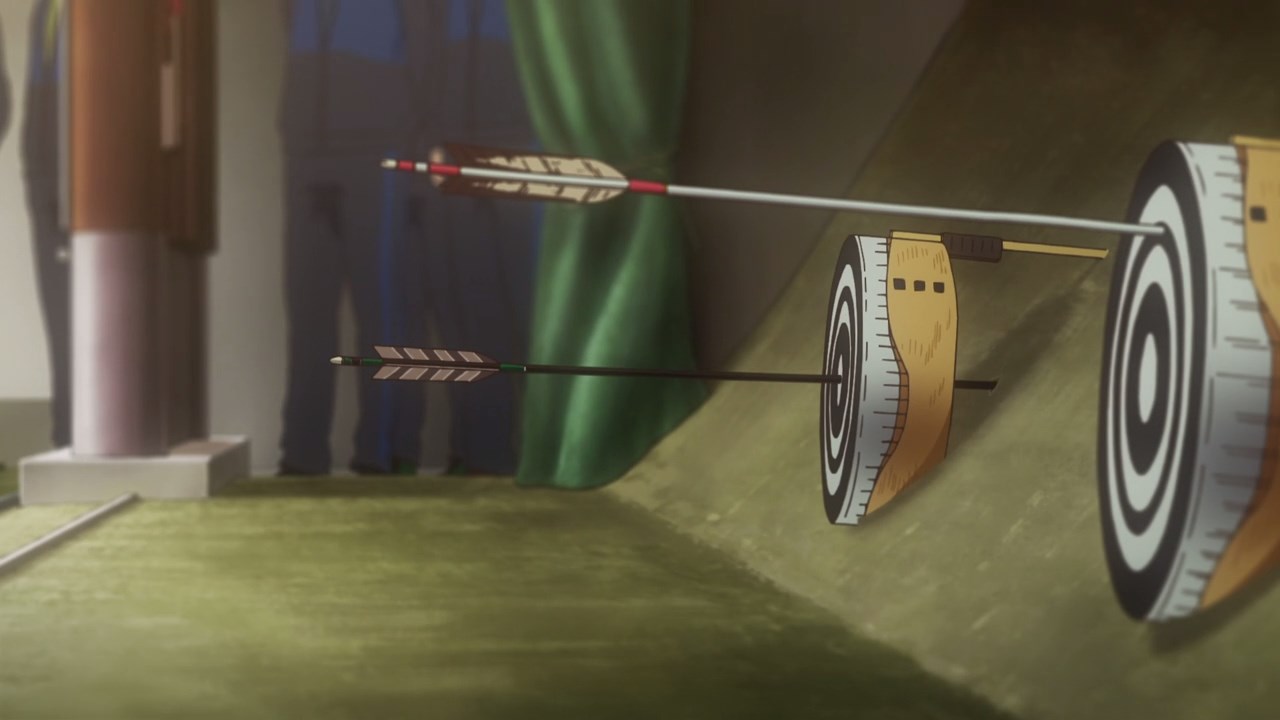 …until the arrow lands its target. Not only that, Narumiya got a kaichu which seals the deal for Kazemai High School to take the last spot in the final heat of the team competition. 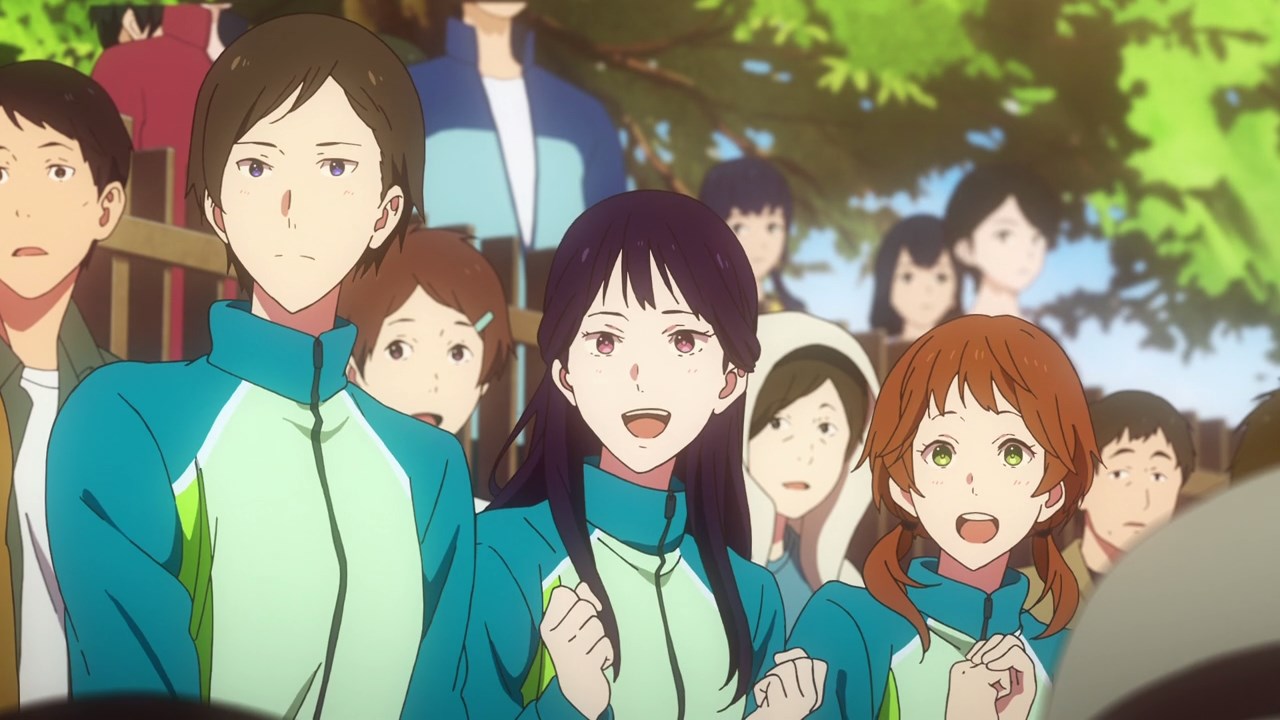 For the rest of Kazemai High School’s archery club, they’re happy to see the team qualified for the finals.

Of course, it wouldn’t be possible without Masaki Takigawa’s guidance but then again, we don’t know what happened to him. 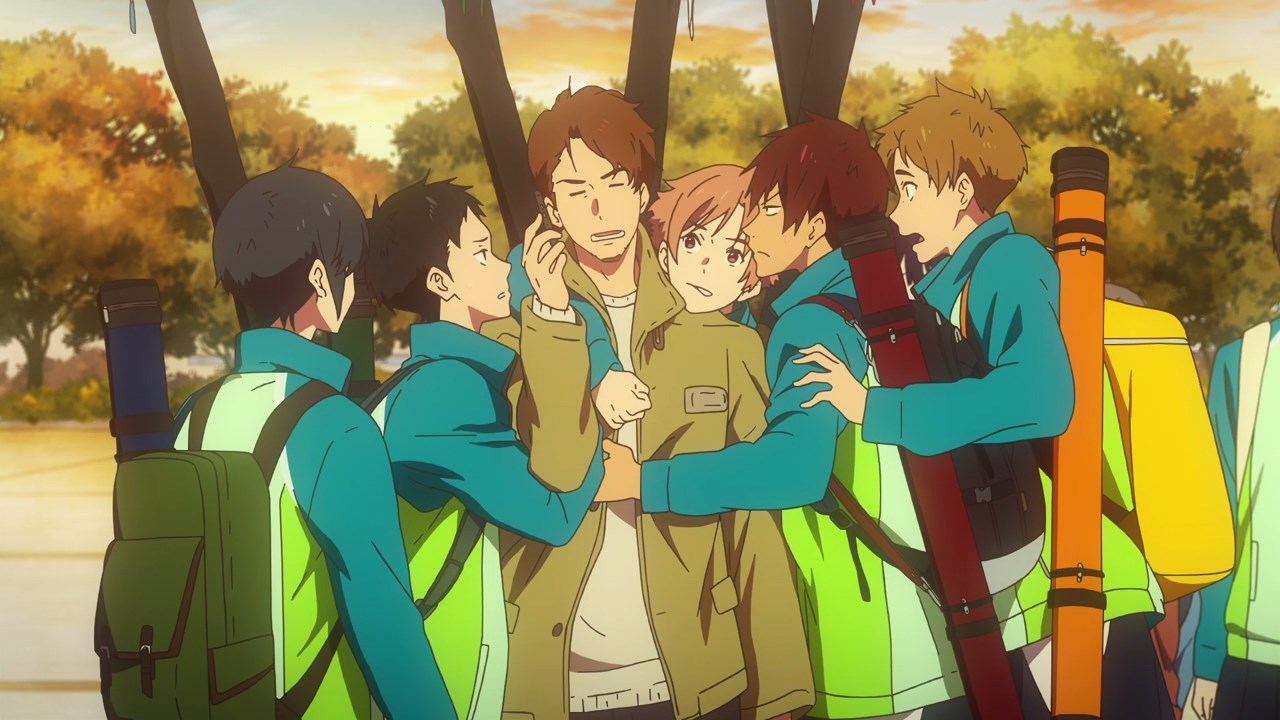 Not until Ren Takigawa received a phone call from his brother and the boys gathered around to hear Masa-san’s voice. I wonder if he’s okay or not? 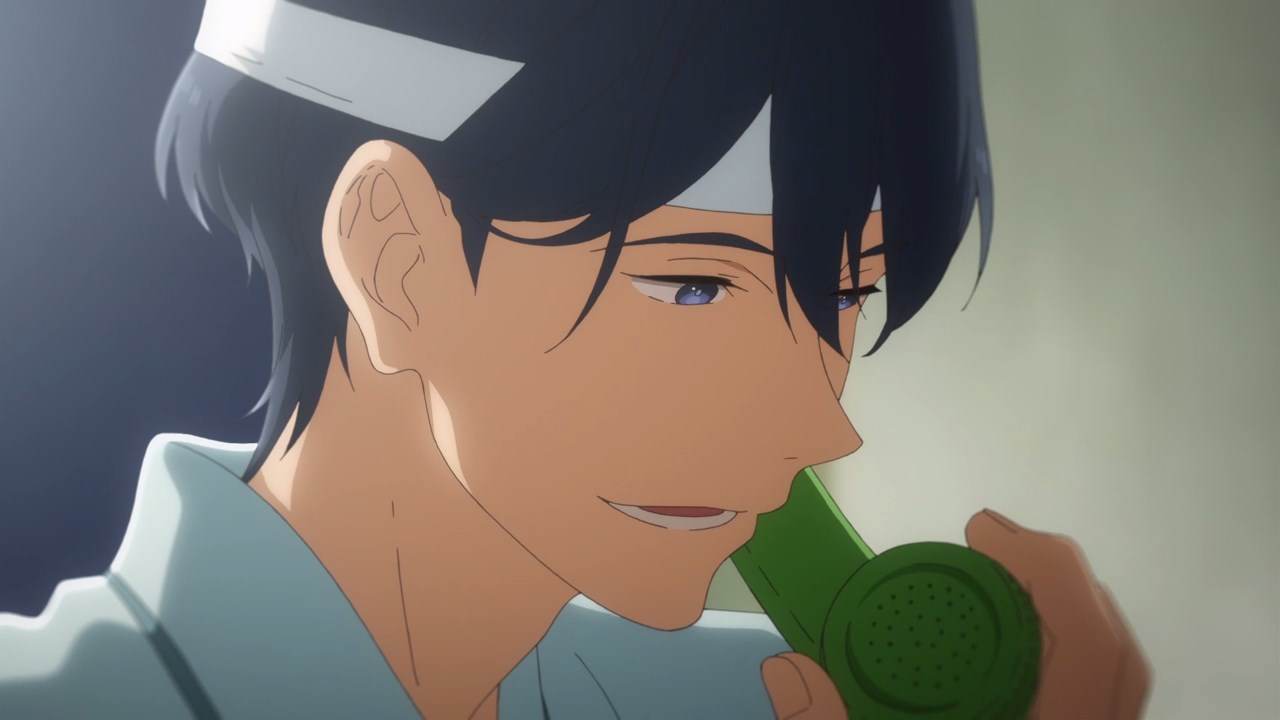 Fortunately, the good news is that Masaki Takigawa is okay as he got some minor injuries. Basically, he’ll recover and get back to work after doing some checkups from the doctor. In any case, all’s well that ends well for this week’s episode!

I have to admit that Minato Narumiya’s speech towards his teammates is so touching that it shows on how his life was changed upon meeting with Masaki Takigawa. He’s no longer the boy who has target panic as Minato has friends to not only get back on his feet, but also overcome the obstacles and fears to pick up the bow again and fire the finest shots much like before. Oh and it’s not just him, but everyone else as they’re no longer being constraint with doubts on their abilities after Narumiya told them to become their own thing.

Well then, that wraps up with my thoughts on Episode 12 of Tsurune. Next time will be the final episode and I can’t wait for the epilogue!